Another journey of a lifetime begins today: I head from one lonely part of the world to another.

After a week of working overnight shifts at an isolated rural hospital in Rome, NY (about an hour out from Syracuse in upstate NY), I had an Uber pick me up immediately at 8am to rush me to a 9:55am flight out to Chicago.

I got in an hour’s worth of snoozing before waking up in Chicago. Having 4 hours here before my connecting flight to Los Angeles, I was walking over to my connecting gate figuring out what to do, until the doors to United’s new swanky first-class Polaris Lounge suddenly caught my attention.

I decided to sweet-talk my way in, asking if my non-Polaris business class (but business nonetheless!) flight on the last leg of my itinerary that I acquired with miles would count. 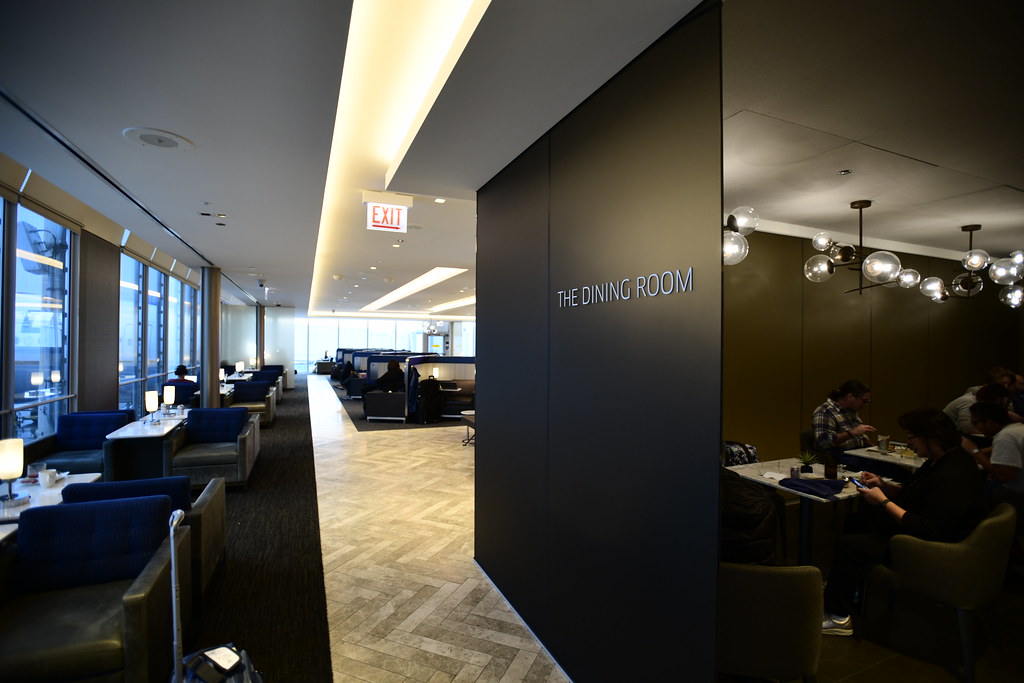 After having a full meal at their highly reputable “Dining Room”, I wandered over to their dedicated daybeds where I took a much needed 2 hour nap: 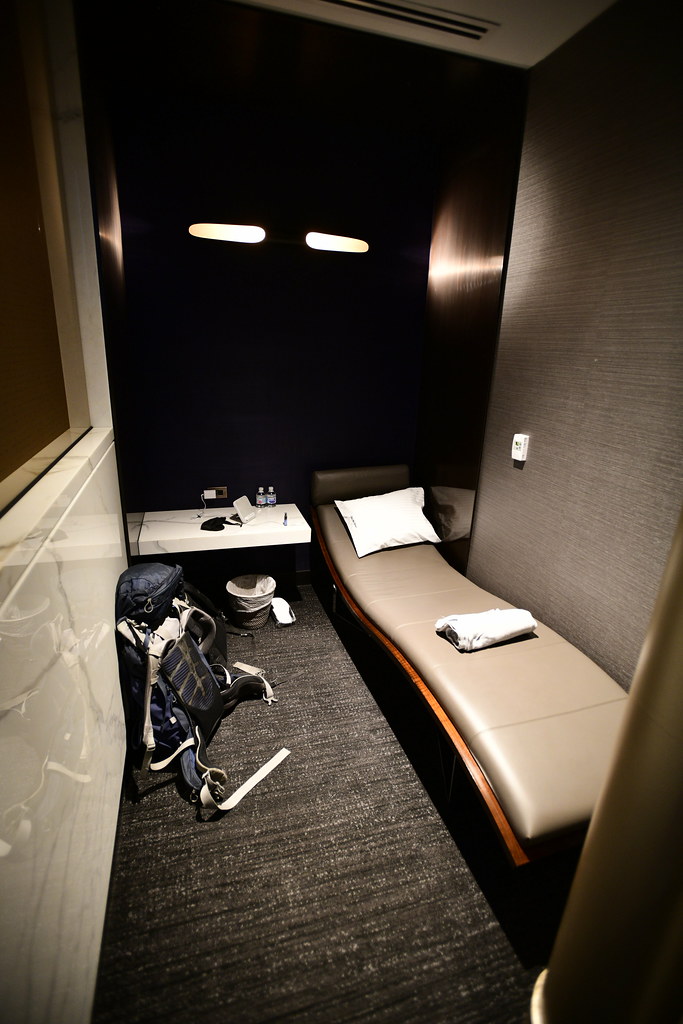 After waking up from my nap, I soon got a text that my flight to LAX would be delayed another 36 minutes due to a late arriving aircraft. That meant I only had 4 minutes to make it to my next connecting flight to Honolulu.

That also would happen to be the last flight to Honolulu that day so if I missed it, then I wouldn’t make my connecting flight to Majuro the next morning, which meant I would have to wait 2 days for the next one, thus leading me to miss the next morning after flight to Nauru, which only flies out once a week.

In other words, those 4 minutes in LAX could make or break my entire itinerary.

With no recourse but to stay the course, I asked concierge services at the Polaris Lounge to call LAX and ask that my flight to Honolulu to wait an extra 10 minutes for us to arrive and transfer over. And they actually did just that! And after a 5 hour flight arriving at LAX, I made it to my flight to Honolulu with only 2 minutes to spare!

After another 6 hour flight to Honolulu with another 8 hour layover there, I grabbed as much sleep as I humanly could on the 2nd floor of Terminal 2. At this point I had nothing to complain about. 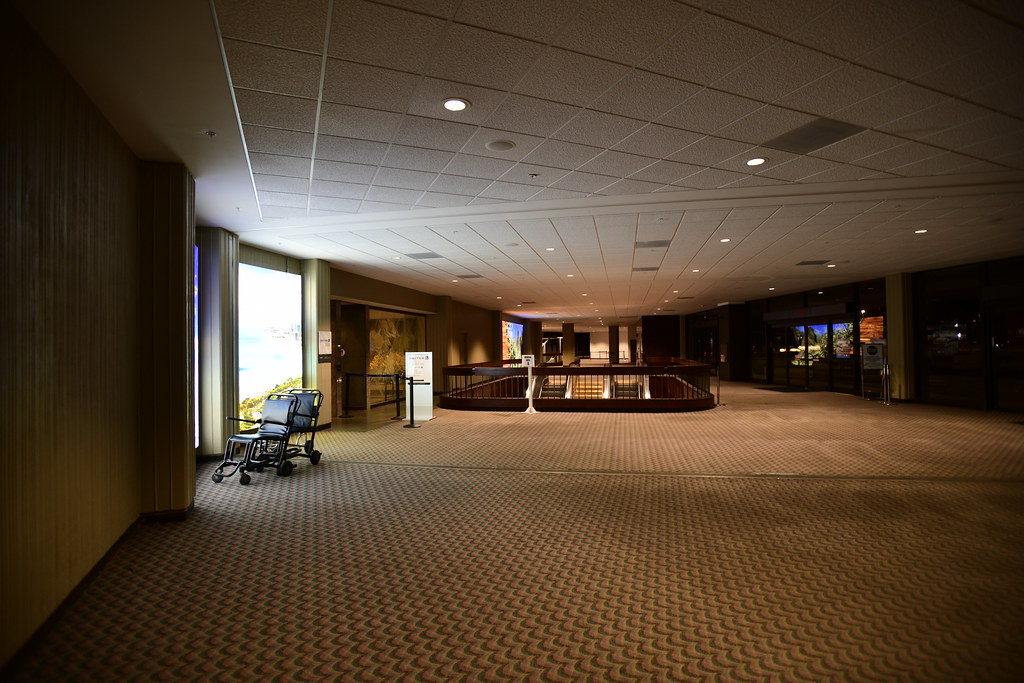 My bed for the night

When I woke up at 5am, I waltzed over a few paces to check into the United Club lounge which opened at 5:30am. 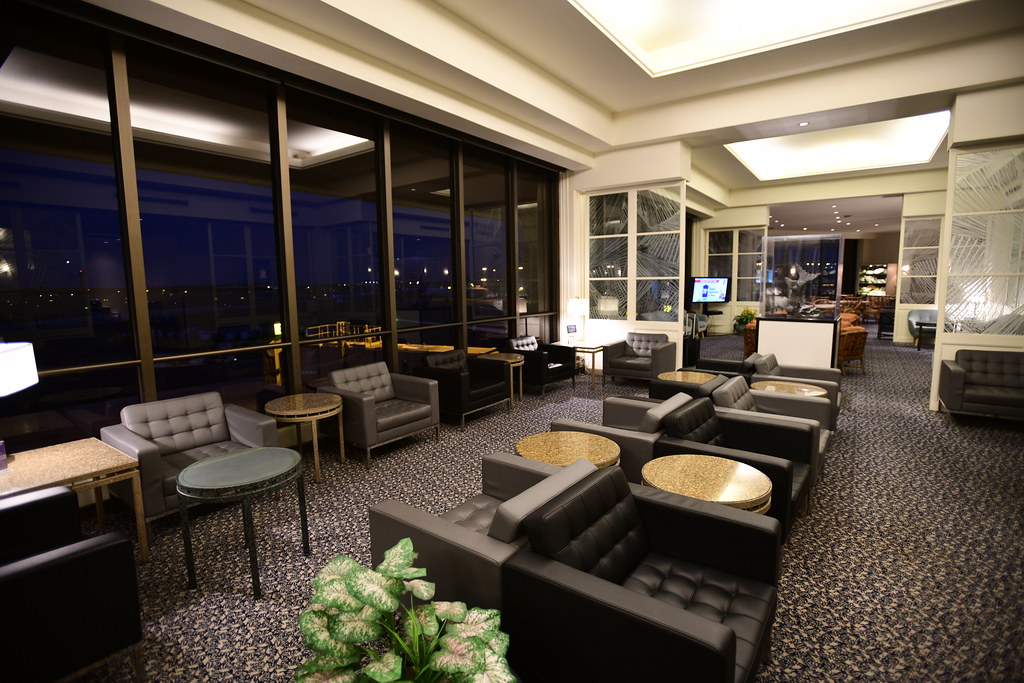 Then after a quick breakfast there, I went downstairs to board at 7am my 4th and final flight, the UA154 “Island Hopper” 7:25am flight from Honolulu to Majuro. 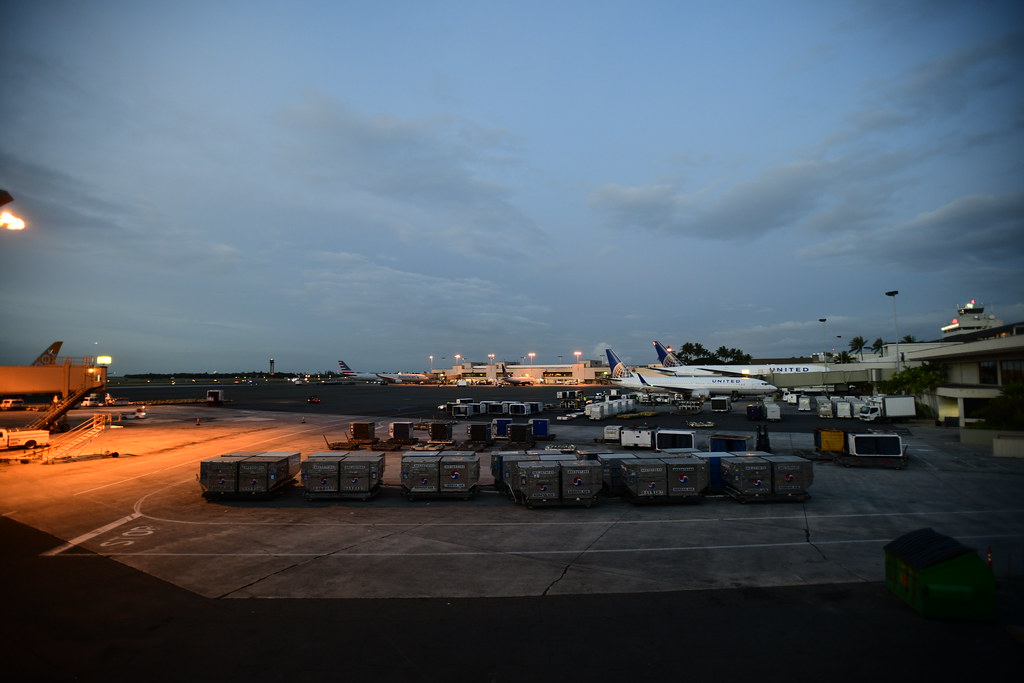 For a paltry 40,000 miles getting business class for this last leg of my 55 hour journey was well worth it. 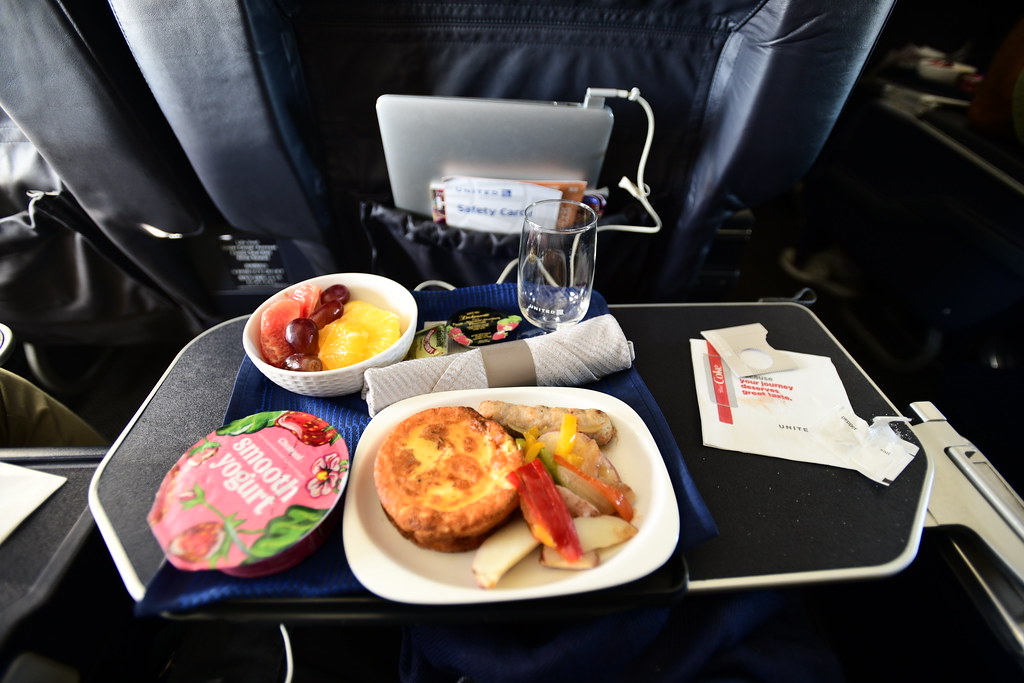 After 5 hours of flying, we approached Majuro. 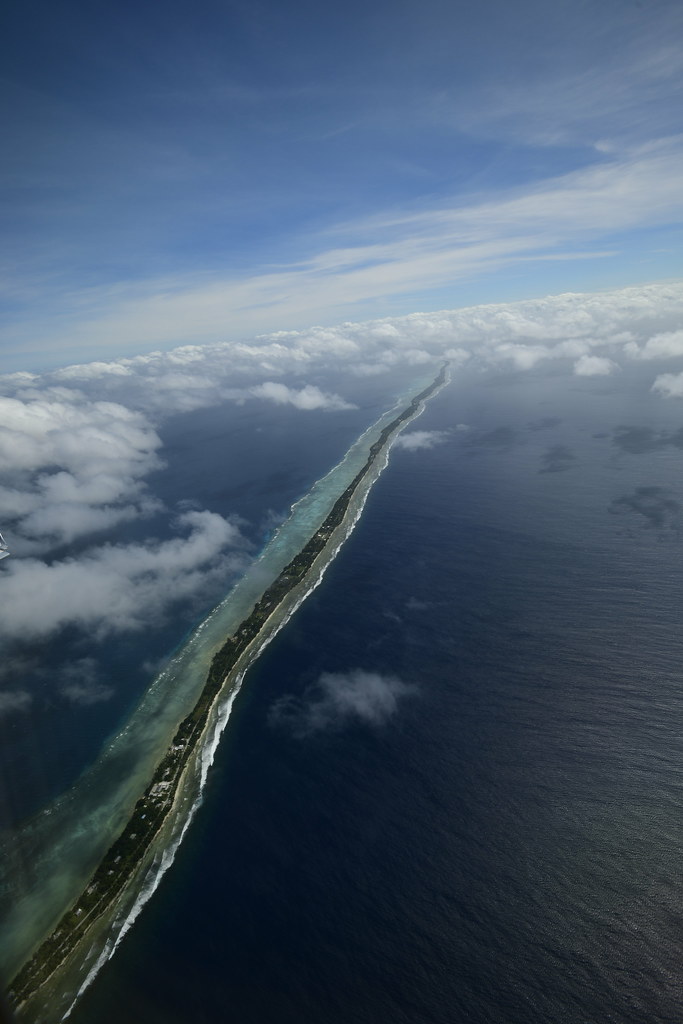 Majuro is the capital city of world’s 7th least visited country and home to both Spongebob and Godzilla (yes this is where the USA tested all their big nukes!), The Marshall Islands. 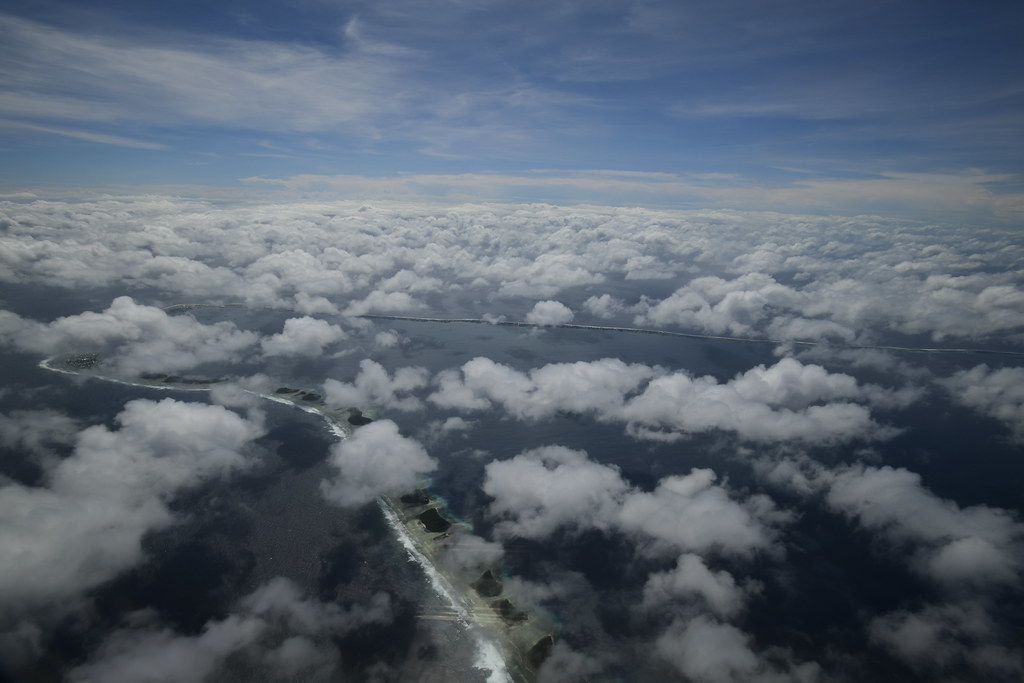 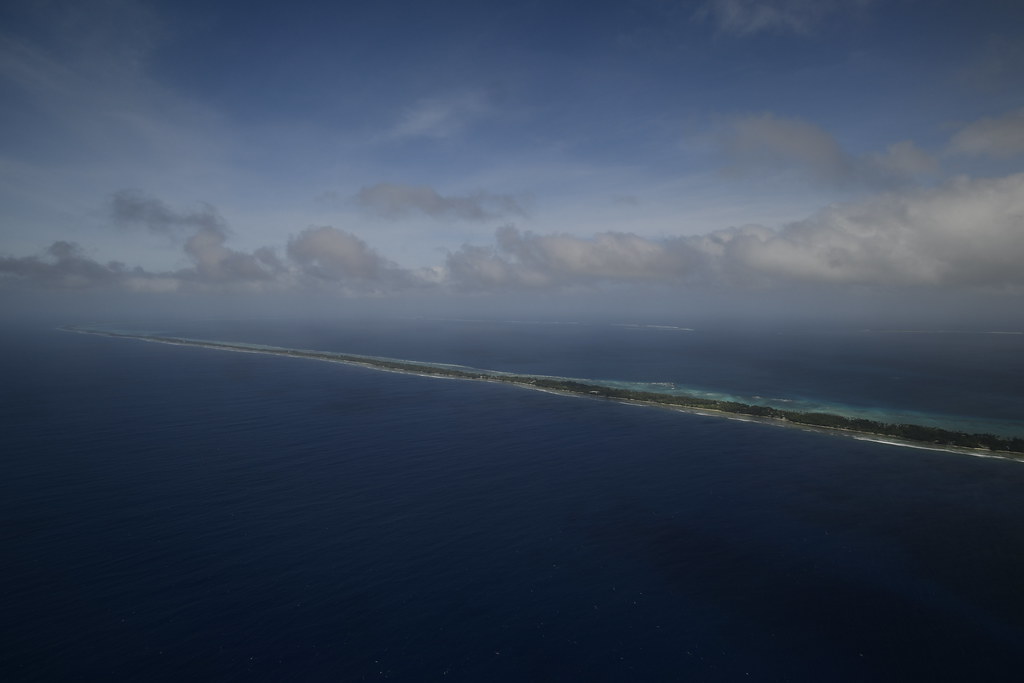 Landing at Majuro airport at 10:35am, I met up with Justin at arrivals, another fellow New Yorker who would join the rest of the group. 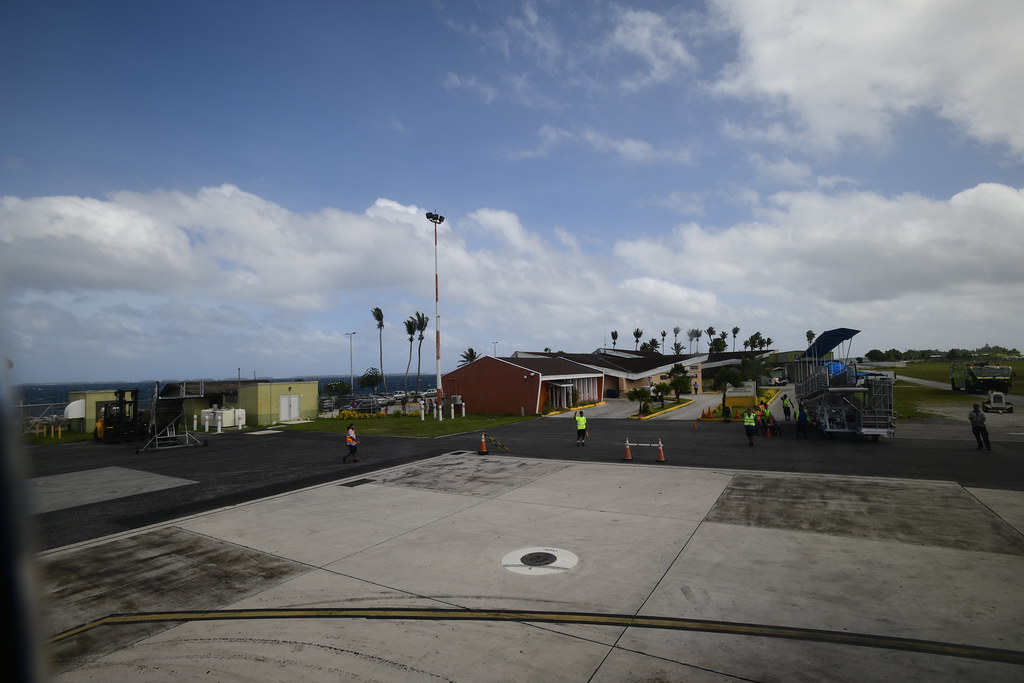 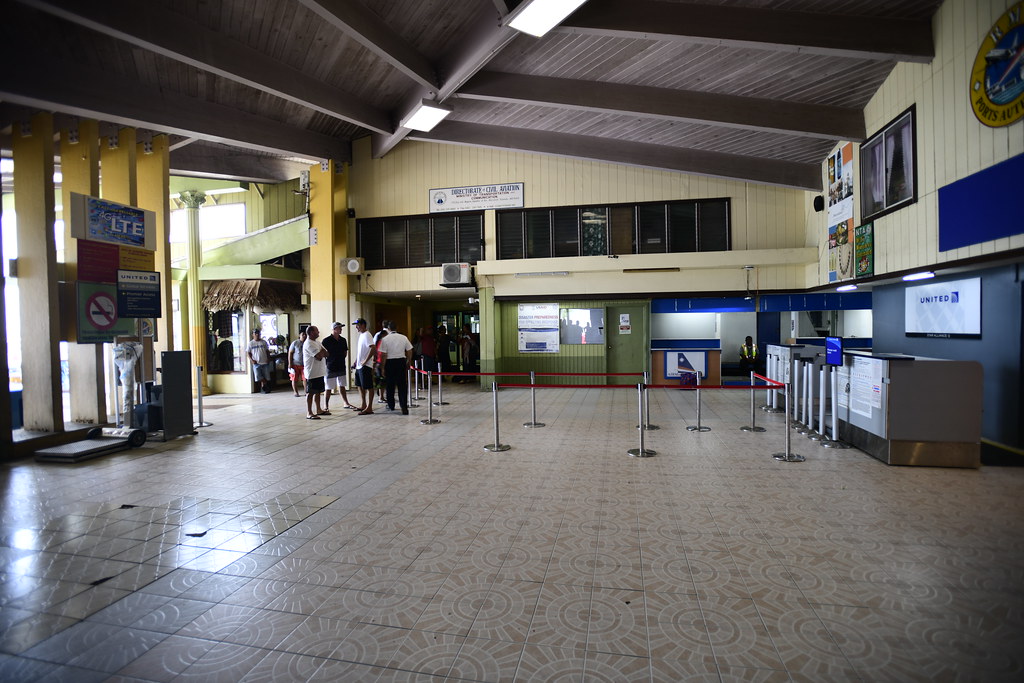 There we were picked up by a representative of Robert Reimer Hotel so we could quickly drop off our things. 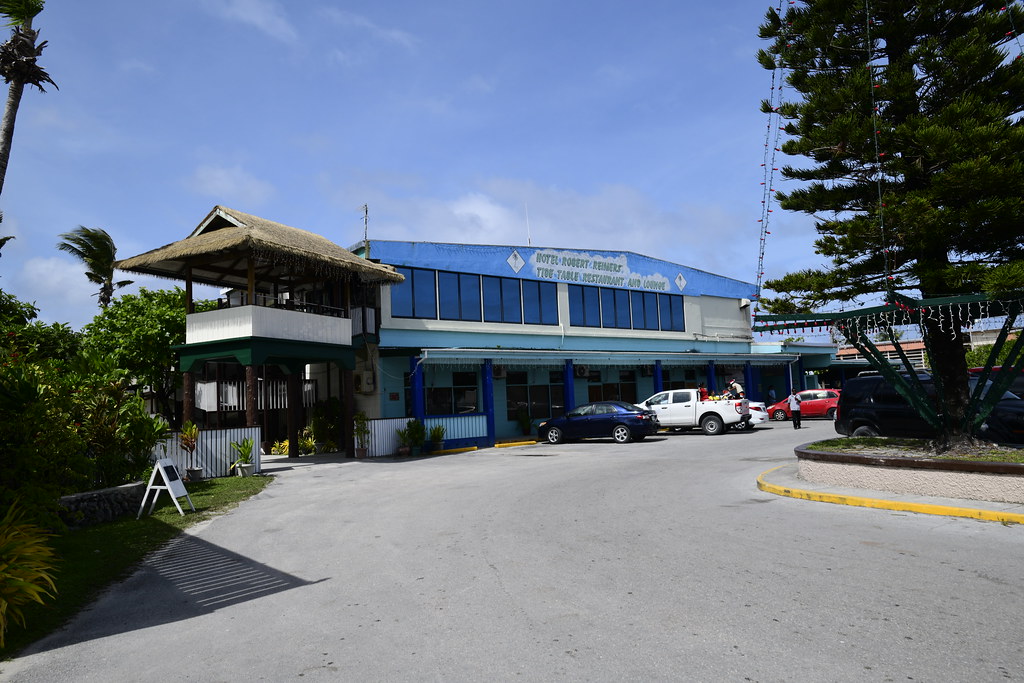 With an hour to freshen up, we then joined the rest of our group for our the 20 minute boat ride to Eneko Island. 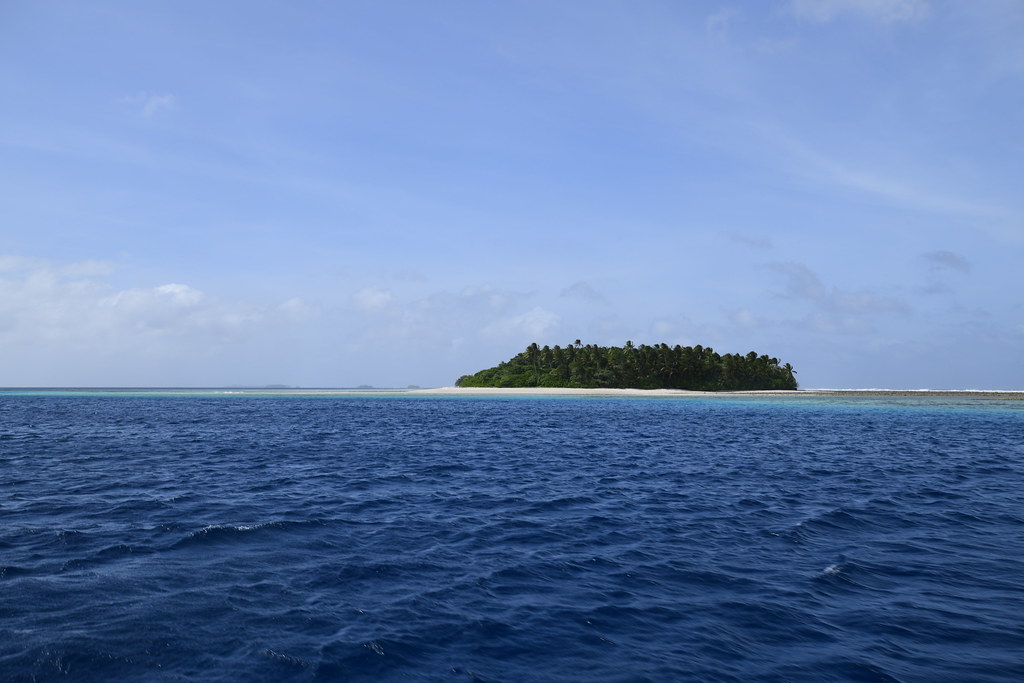 If you ask for it, there’s a downed plane somewhere nearby. We found it: 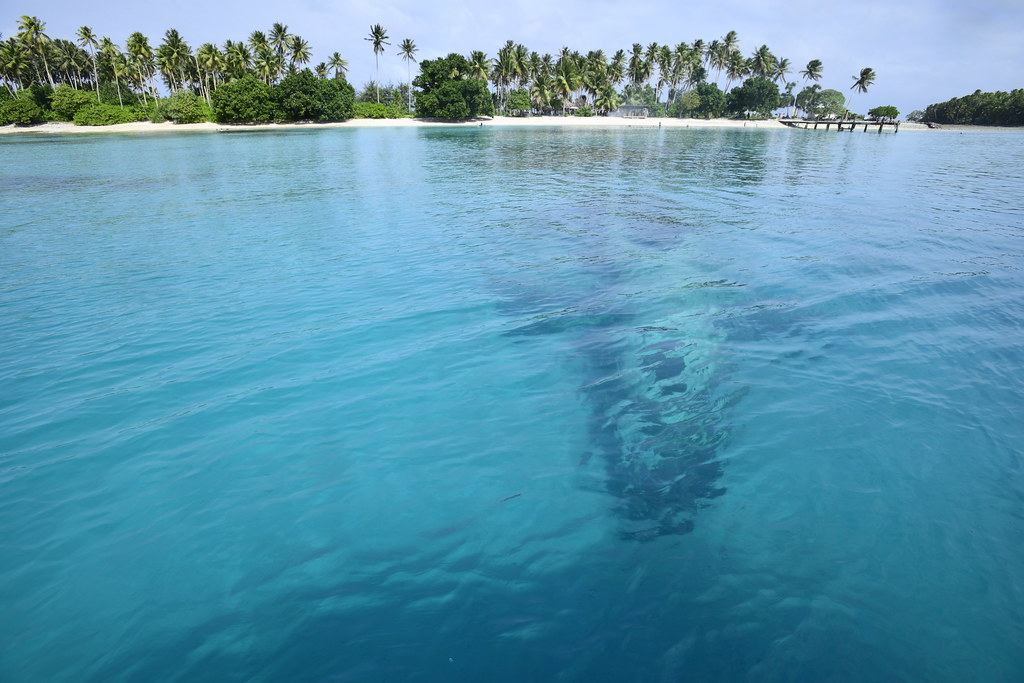 After 2 days of staring out airplane windows into endless skies, this boat ride was worth it for the journey itself, as we passed through a number of islands and atolls. 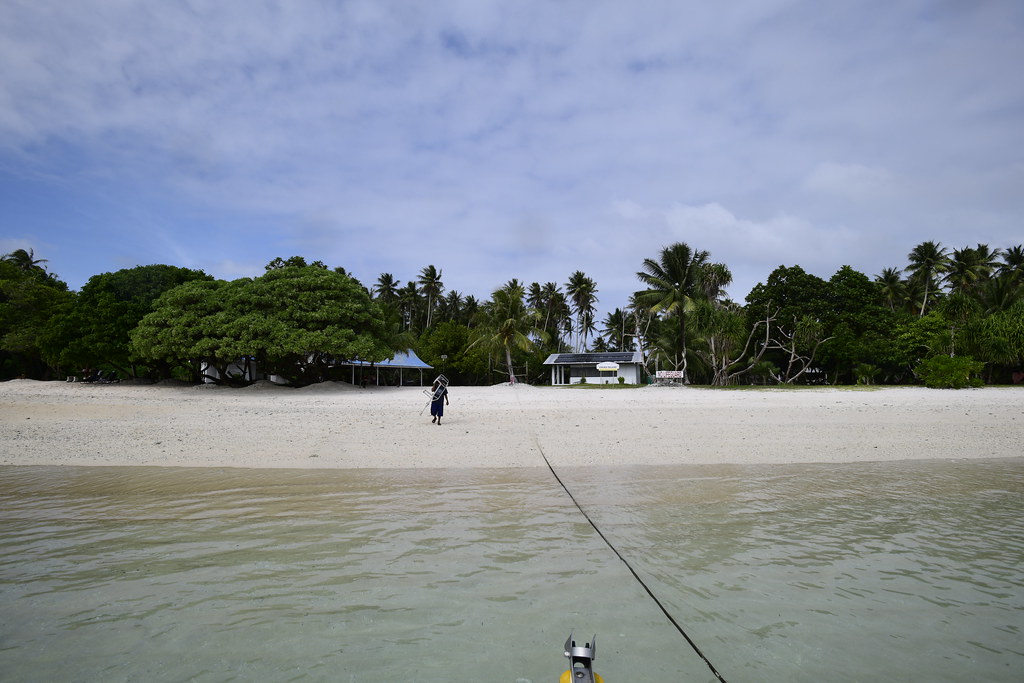 Eneko Island was famous for being part of a fraudulent 90’s micronation, but otherwise it’s a pleasant spot to rest your weary feet after 30 hours of literally flying across the world. 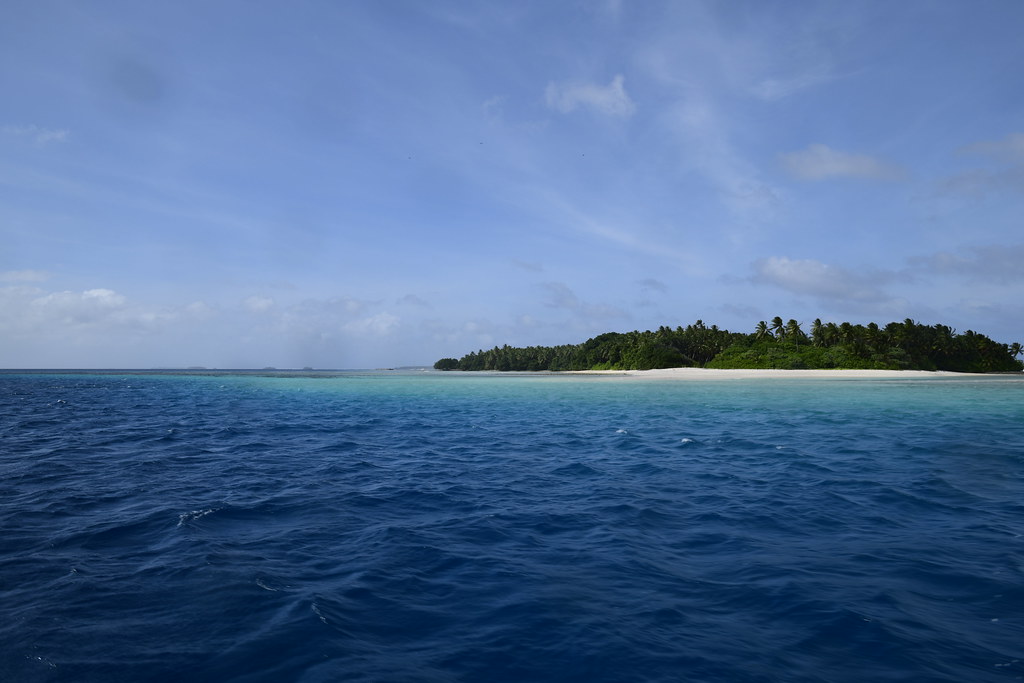 Once on the island we began with lunch, cooking our own BBQ on the beach using coconut shells as the fuel, which gave it a unique taste. 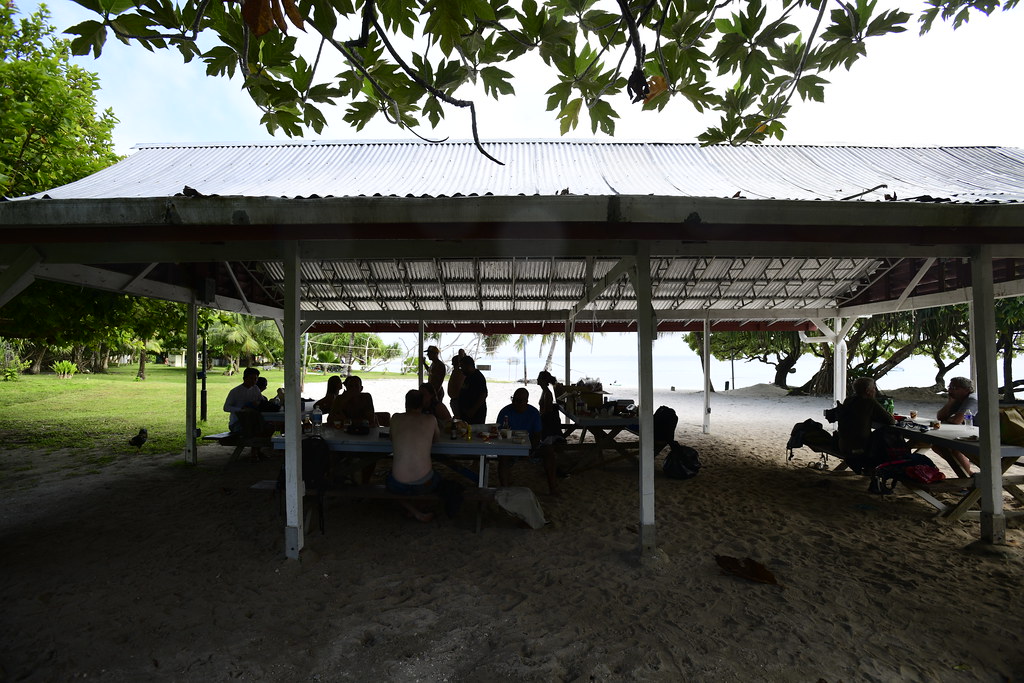 Afterwards some of us lounged around, jumped from pontoons, leisured around with kayaks, snorkeled, played volleyball with the locals and beach bummed until the evening. 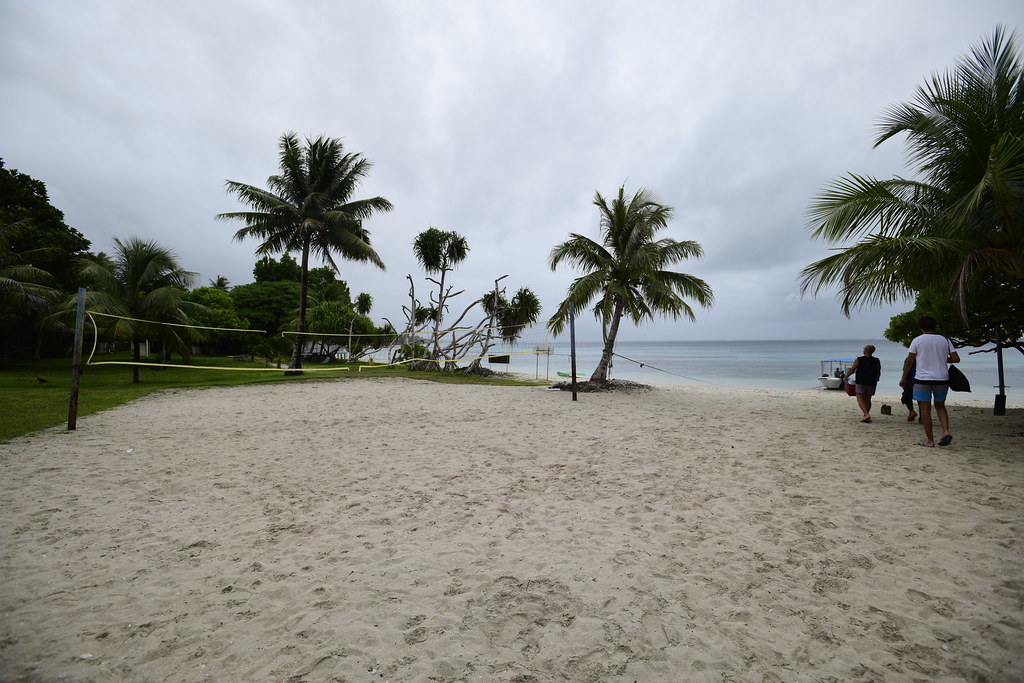 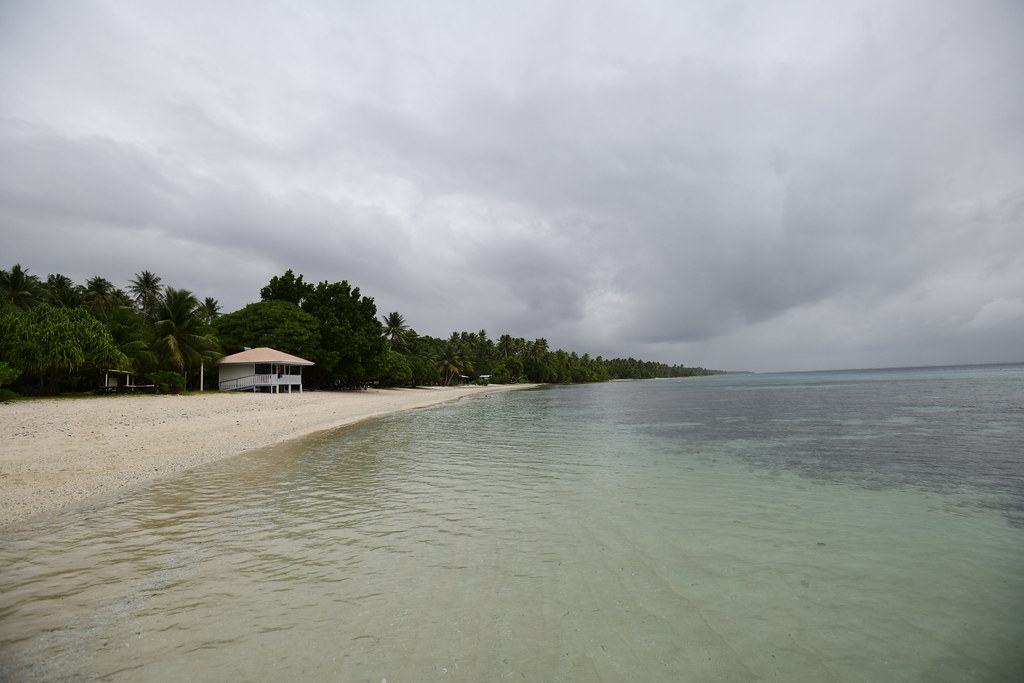 We then headed back at around 6pm, speedboating through an ensuing freak storm that suddenly appeared out of nowhere. 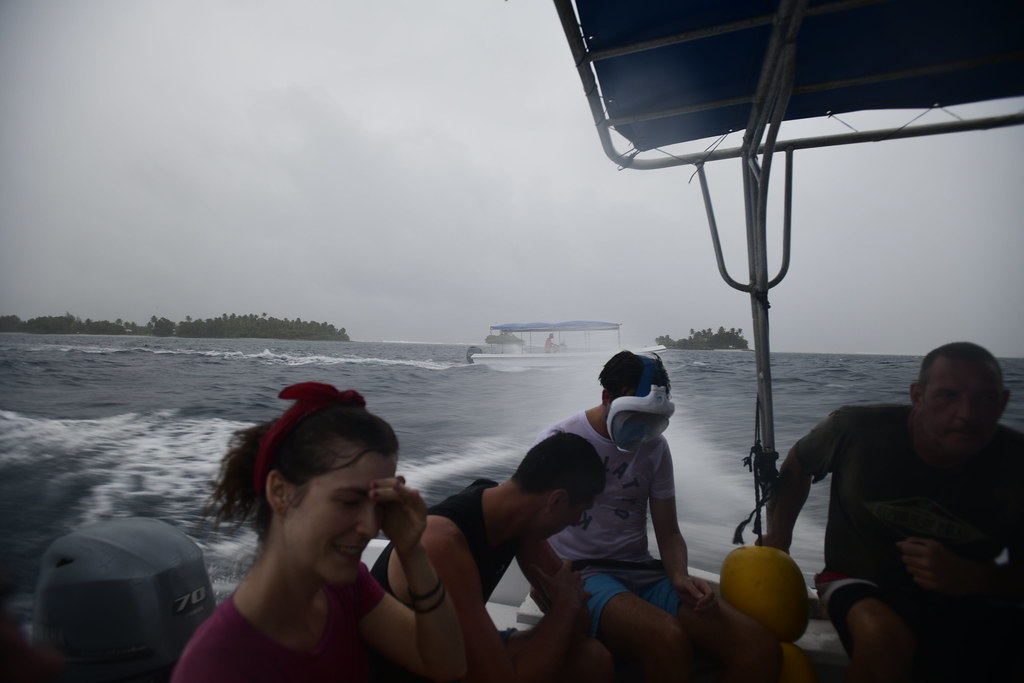 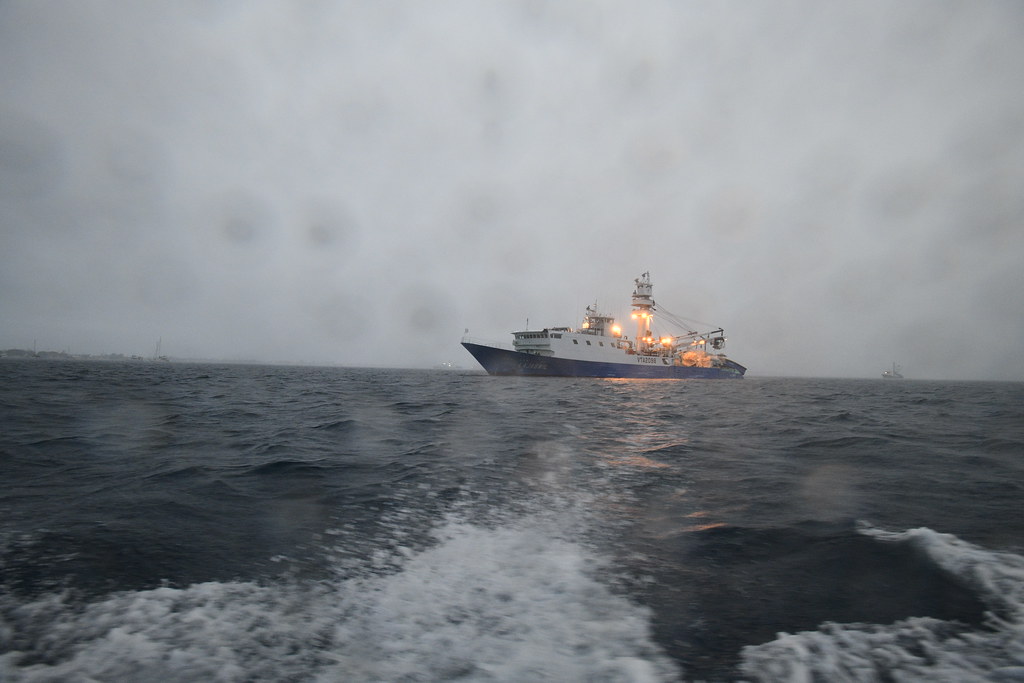 Tomorrow: we head to Nauru, the least visited country in the world!