Travel! More specifically, we go on monsoons, but I’m sure you’re wondering “what IS a monsoon?“

(1) to travel with limited time and money, (2) to take advantage of your youth in sampling the world so you’ll know exactly where to return when you’re older, (3) to efficiently and thoroughly explore vast regions of the world in a short amount of time

(4) a unique type of seemingly-unfeasible travel itinerary that dares travelers instead to laugh in the face of impossibility and empowers them to travel the world without feeling like they have to quit anything or dip into their savings.

So What Exactly Do We Do?

We’re normal everyday people who strive to explore the world and celebrate the most out of life, all while maintaining our everyday lives back home. We believe you don’t have to quit anything to travel the world and that regular travel can be integrated as an affordable, ethical, and sustainable necessity (or investment) within even a daily routine. We therefore lead monsoons around the world every few weeks and they’re open for anyone (fully vaccinated) to join.

However, they’re not your typical “follow my giant flag” kind of vacation – these are unstructured flexible adventures that are raw, real, challenging, and unapologetic. The chaos of real life outside your bubbles will challenge you, and therefore our style may not be for everyone. But you will return home from every monsoon knowing that something has stirred; you may have learned something what your classrooms and parents never would teach you, potentially accessed uncanny experiences with serendipity, strangers, and soul-strangers, and become part of a unique international community who have an idea of what you just been through.

When we’re not traveling or if you’re interested in going somewhere that’s not on our upcoming trips list, we can help you organize and embark upon affordable trips, or you go on trips led by other monsooners. Don’t let your dreams just be dreams.

It takes just the right conditions for a monsoon to form. 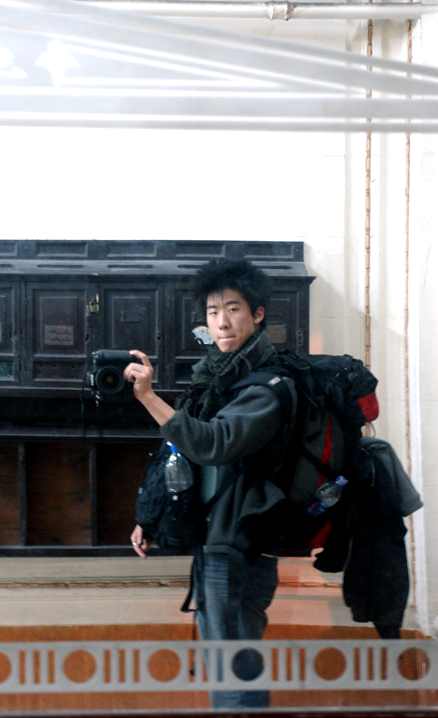 His father died from a sudden heart attack in 2006 while Calvin was still a teenager. When he came around to finally cleaning out his father’s closet months later, a pair of camera lenses fell into his hands. Wiping the dust off and finding them a new home, Calvin promised that he would one day put them to good use.

2 more years would pass until he randomly arrived upon a picture of Halong Bay. And yet seemingly far from a happenstance, Calvin found himself unable to tear himself away from the idea that such a place could exist and therefore inadvertently setting up himself up for one more unexpected push another 2 years later: One night at a bar, he lost a wager to a girl that led to a serendipitous trip to Egypt (and unexpectedly being left there alone; an event that now can only be described as…synchronicity. Kismet soon stirred up the inexorable winds of wanderlust in him after which he could no longer ignore the signs and decided to travel – a kind of travel where nothing would stop him, time or money be damned. However, his friends gawked that he wouldn’t, that he was a medical student, that he didn’t have the time or the money, that he was insane, or that he would burn out. To prove them — but mostly to himself — wrong, Calvin started a blog. In May of 2010 The Monsoon Diaries was born.

Soon he found himself paradise lost in the crevices and hidden coves of the Halong Bay of his mind, and knew he had to dig his feet in faraway sands. And Egypt had taught him that it wasn’t just the destination that mattered; how he journeyed there, whom he would travel with and whom he would meet were just as essential. There was never so much a plan than a conscious practice to invest in the eternity of the present moment.

It all adds up: 200+ countries and territories, countless companions, and 11 years later (while also graduating med school and finishing residency on time!), Calvin is still moving even while currently working as an Emergency Medicine Physician and Clinical Assistant Professor based in NYC.

His mission has been and always will be: be aware of the present, monsoon the world, break down stereotypes, dispel the ignorance, and uncover the obscure. And with his father’s lenses still at his side, Calvin knows that wherever he’ll go, he’ll never be alone. 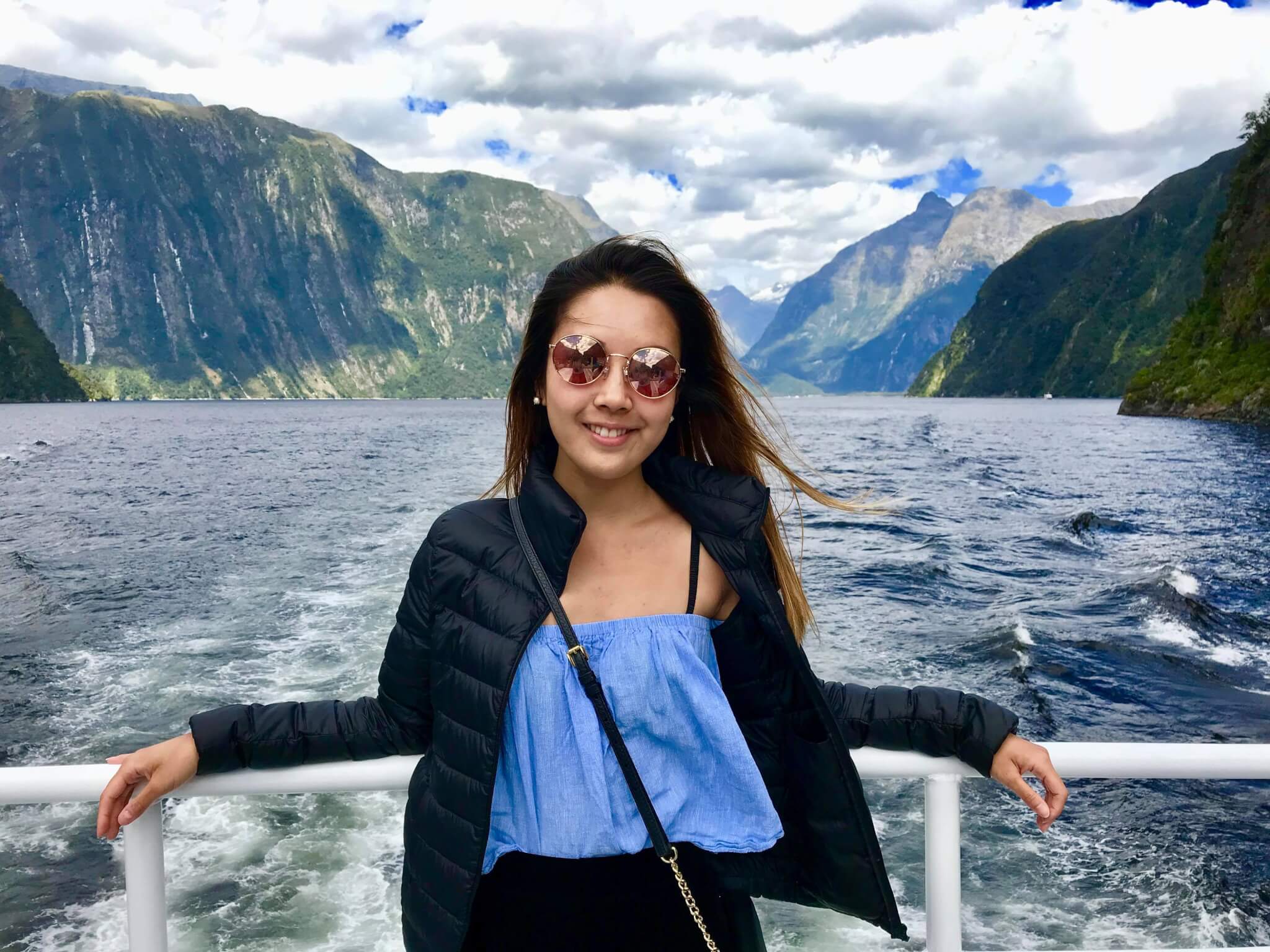 “If you think adventure is dangerous, try routine. It’s lethal.”

Truer words could not have been said. After landing her first full-time job while attending NYU as a full-time graduate student, everyday became a tedious routine. Struggling to stay sane, something had to change. Travel was always in the back of Ann’s mind, but free time, finances, and school were the limiting factors. As if timing couldn’t be any more pristine, an opportune trip to Luxembourg during 2017 Memorial Day weekend popped up on her feed and she decided to go. Since then she has been on many more monsoons and has even co-led trips. Each trip as a returning monsooner has changed Ann’s life in a positive and meaningful way and strives to help others see the beauty in taking a leap of faith into the unknown and travel. 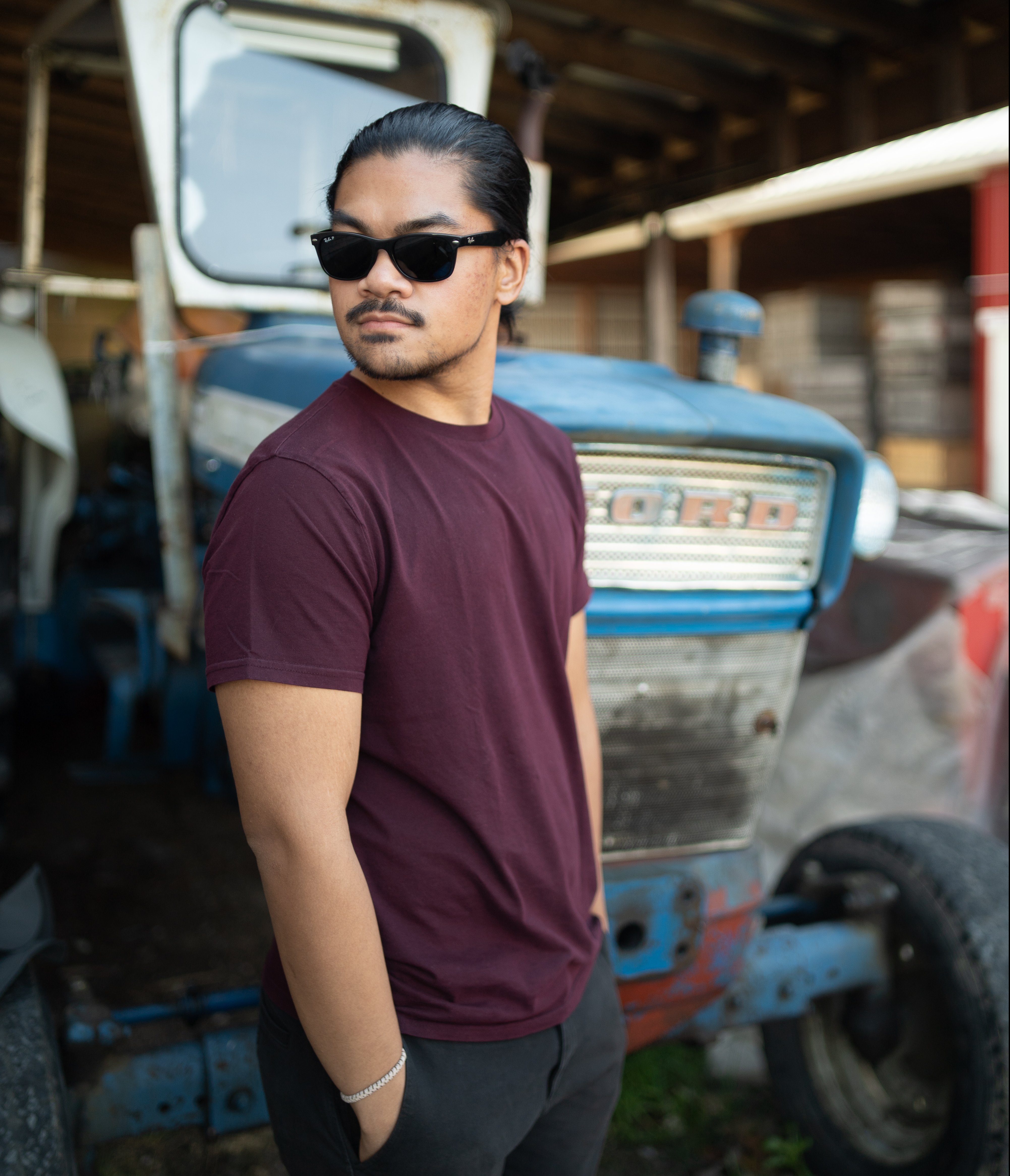 Raubern holds 2 STEM degrees but neither have been as fulfilling to him as traveling has. He began traveling at a young age with his family and hasn’t stopped since. Having been to 34 countries and counting, he jumps at any opportunity to travel, whether solo or accompanied. Raubern was introduced to The Monsoon Diaries when Calvin spontaneously crashed a trip he was on in Eastern Europe with a mutual friend (Raubern has since forgiven him). Sometime later, Raubern decided to officially try out what these ‘monsoons’ were like and found himself in Egypt with a bunch of strangers. It was on this trip where Calvin discovered that Raubern knows a thing or two about videography and video editing, and thus was brought onto the team as the official vlogger. Whether or not he was on a particular monsoon, Raubern will try to make a recap video that will do the trip justice. 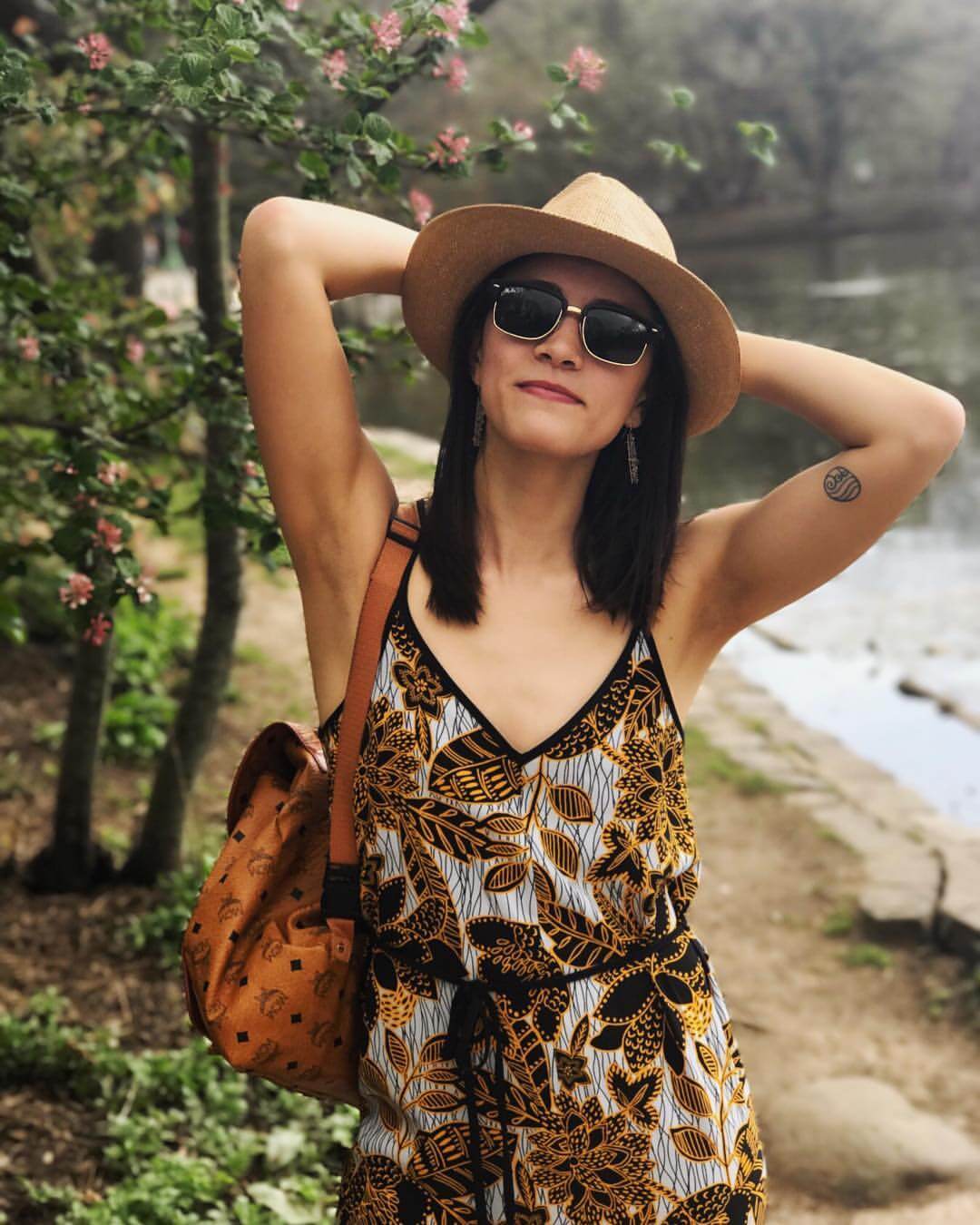 Diana is a social epidemiologist (she likes to refer to herself as a “mathemagician”) that works in health access and equity, she works with sexual and reproductive health and COVID-19. Outside of her work, Diana works in communications, education, and digital content creation. She is the cofound and producer of Global Caveat (non-profit and podcast), is a subject matter expert for science shows, and the Travel Ethicist & Social Media Manager for The Monsoon Diaries! Sounds like a lot right? No! Diana loves to learn as much as possible about culture and loves history and the dynamics of human behavior and politics… and loves to share what she’s learned with others. 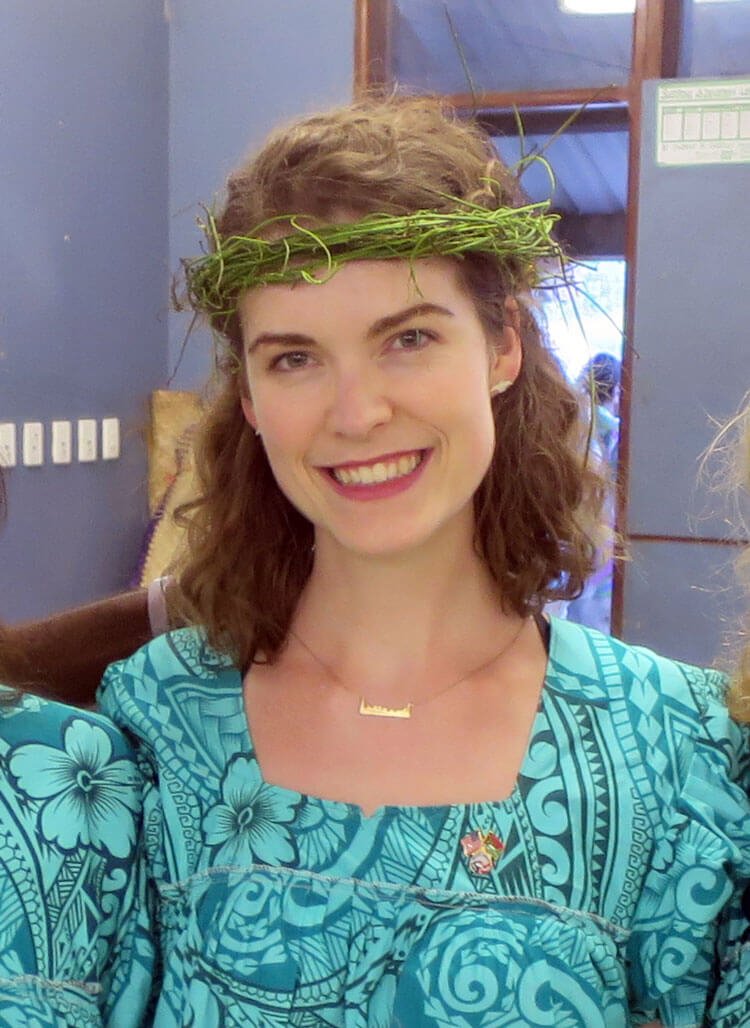 Melissa is has a degree in Communications and Spanish Language and has worked in advertising, publish, and video editing for several years. After returning from her travels with Monsoon Diaries to Central Asia she applied to the Peace Corps Vanuatu English literacy program. While in Vanuatu, she worked with her fellow teachers creating a grassroots effort in improving English literacy in the local central school. While living in the Pacific, she’s had the opportunity to explore some of the diverse 80+ islands of Vanuatu, as well as surrounding Pacific island nations and SE Asia.

Taylan stumbled upon  The Monsoon Diaries when a trip of theirs had fallen through and they found themselves on a 3-week adventure on the Trans-Siberian/Mongolian, finishing in Tibet with a group of 10 strangers-turned-friends for life. During that trip, Taylan was overcome with wanderlust and decided to go everywhere and attempted to visit 100 countries in a single year. 3 months and almost 40 countries later, they haven’t looked back. While there always have been challenging moments inherent in solo travel, group travel, mental health, and the frustrations of traveling while transgender – the opportunities to see the world is more than worth them. 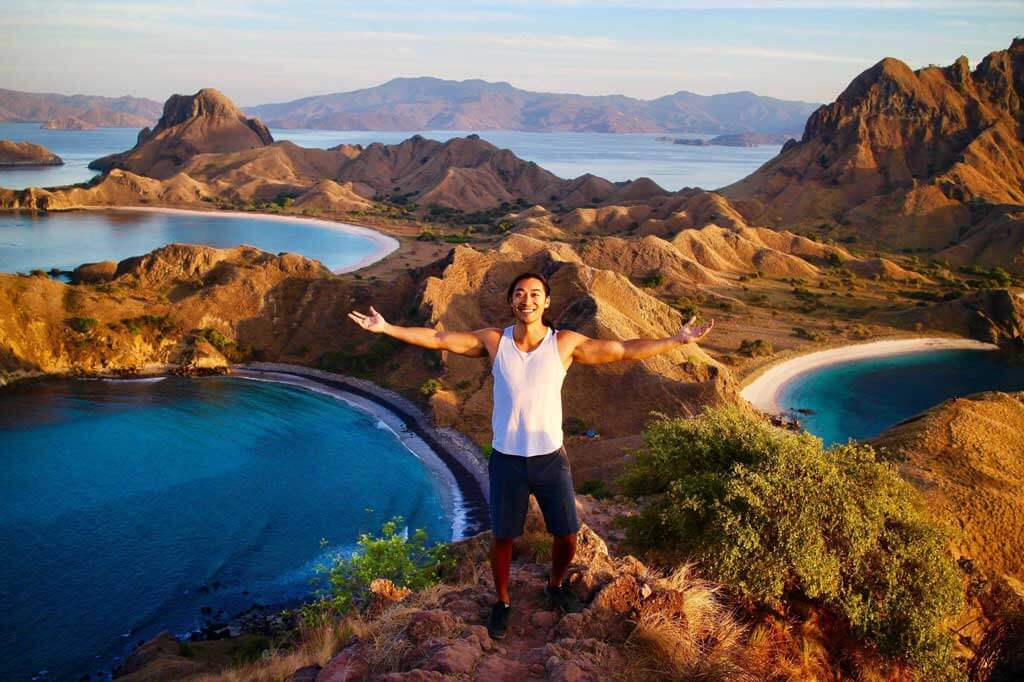 After a few trips with The Monsoon Diaries, Dave decided to leave his promising career in finance in NYC to explore the world, learn more about himself, and discover the secrets of living a happy life. Instead of doing what he was supposed to – as taught by society, his parents, or his friends – Dave realized that you only have one life to live so you had better do what you want, enjoy it to the fullest and have no regrets. That is why he believes that everything in life should be experienced at least twice!

His other endeavors have included businesses for e-commerce, accessories wholesale/retail (Tribal Couture LLC), manufacturing and 3D printing in China (AdmTech), personal matchmaking services (Click2Asia), impersonating famous DJs (Steve Aoki), a travel & tourism businesses in Bali (Mudita Villas), and real estate investments all around the world. Over the last couple of years, Dave relocated to Southeast Asia and has been investing in SaaS startups and becoming more active in the live-streaming industry, most recently working as an Agent for UpLive (AIG Ltd).