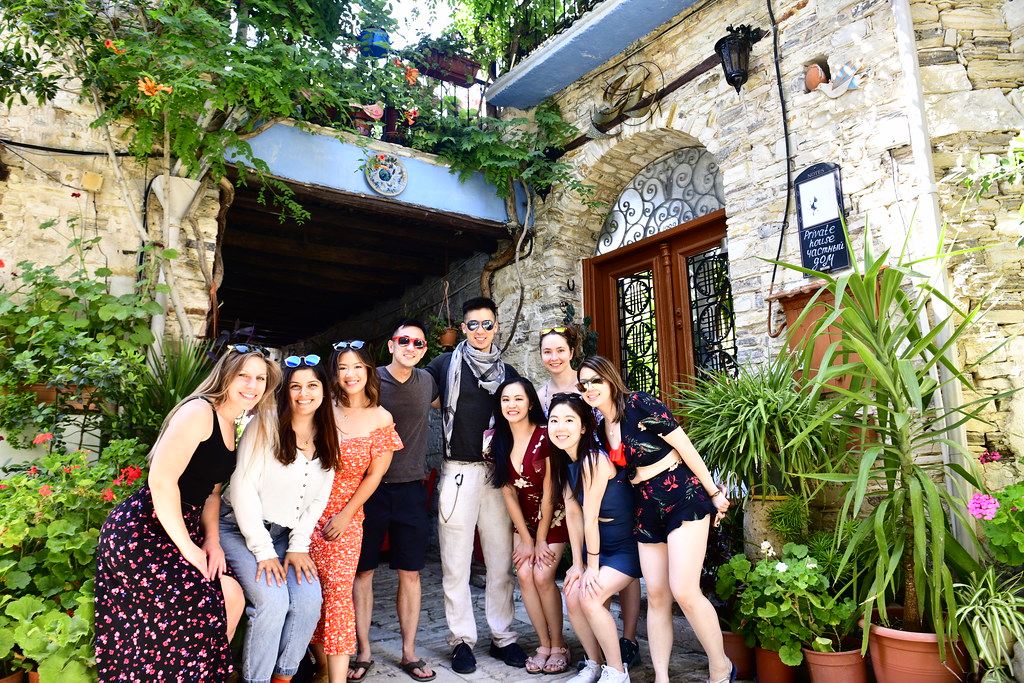 Press play and read the rest of this post with the music . . .

You’re going to miss the feeling of being born again, the old habits of dusting off old passports, filling out documents, packing, unpacking, and repacking. You’ll even miss the anticipation of another PCR up your nose because you’ll do anything just to taste deliverance again. You’ll miss playing the game of matching faces from a picture to those in person, the thrill of new connections after a year and a half of being denied them. 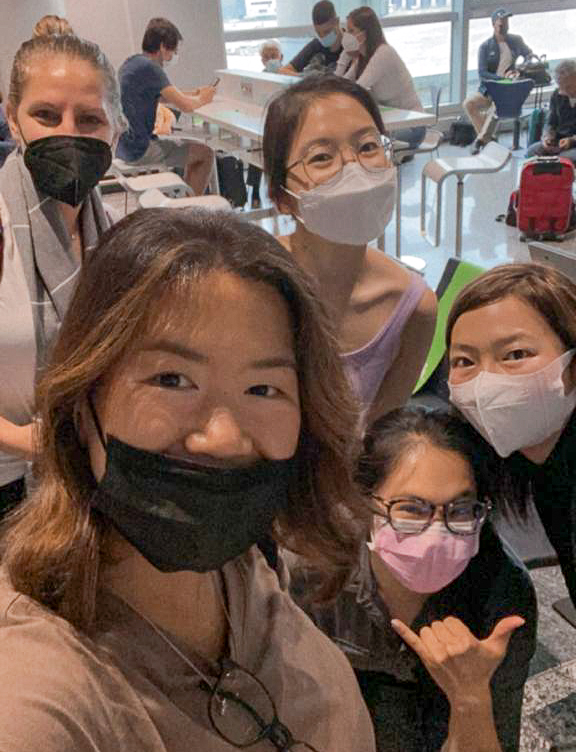 You’re going to miss choking up when blessed with the clearance to fly, feeling that first international flight ticket in your hands, looking outside your window and seeing a different country under the same sky. You’ll miss the first car ride into a new city, already running into people on the street, the initial hellos on a beach looking while into the Mediterranean Sea, feeling the warm June breeze in your hair and at your back, knowing that the trip just started and a new chapter in your life with these new souls was just beginning. 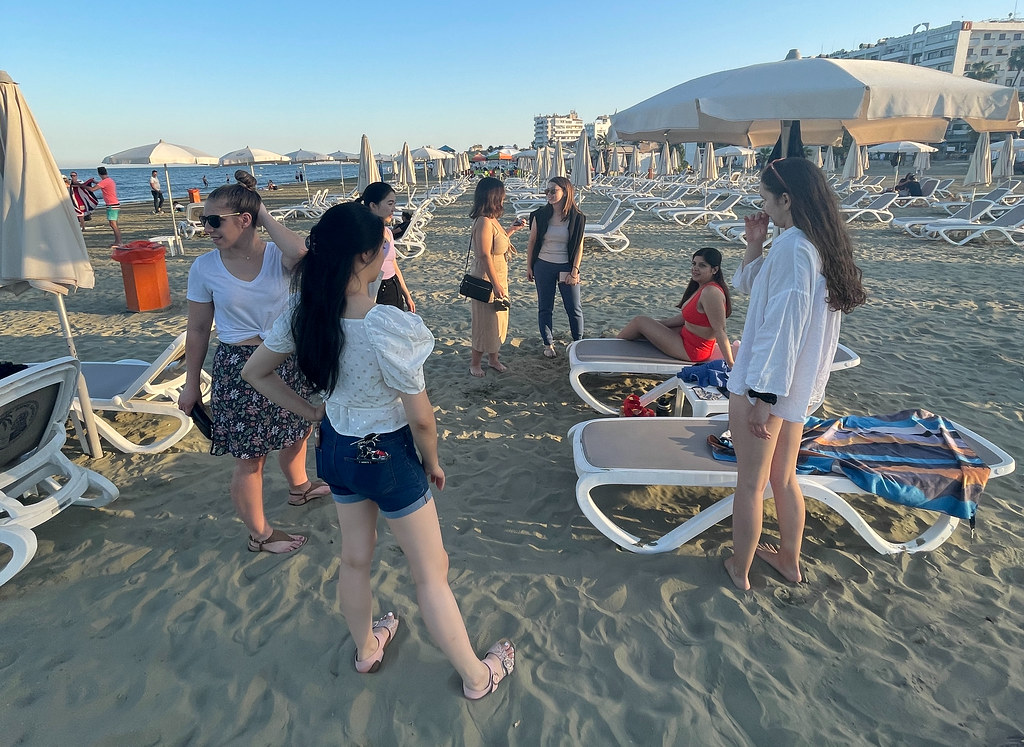 You’re going to miss the first meal together outside along a narrow street by the water, fighting jetlag just so you can get to know the person next to you. You’ll miss foregoing sleep just to feel alive — as if time was already running out since we’ve lost nearly a year and a half of these opportunities, and especially when discovering one after another that nearly everyone in the group had something in common; a self-selection amongst ourselves to walk away from similar circumstances just to cross paths here and now as if this had been crossroads long overdue. 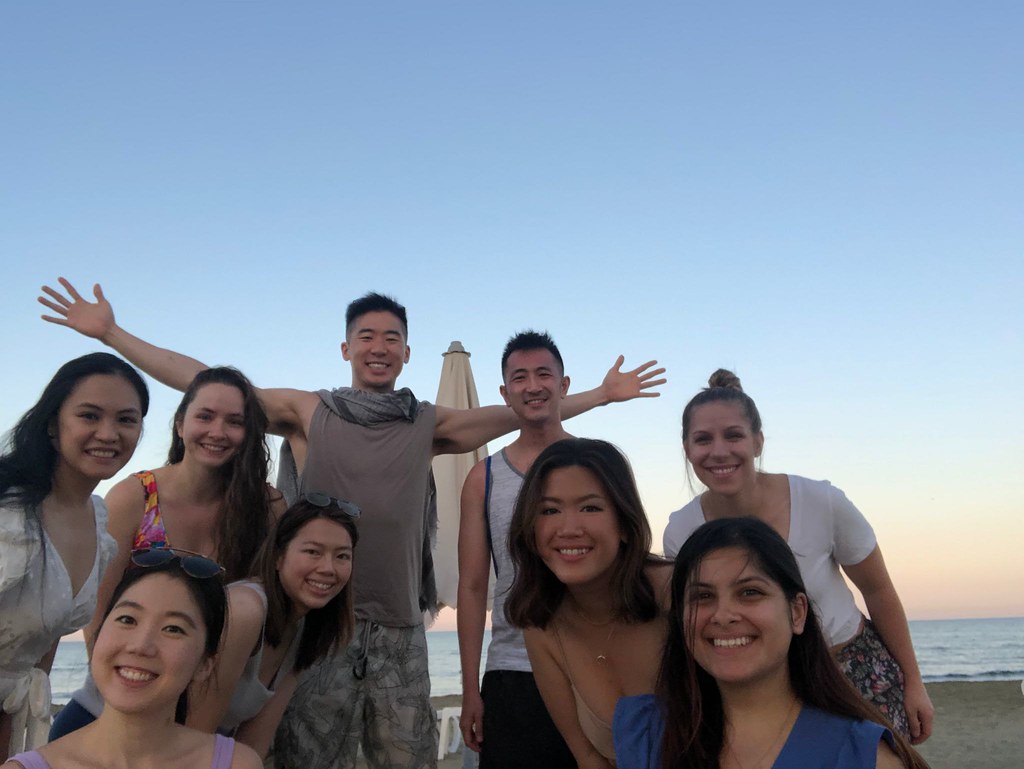 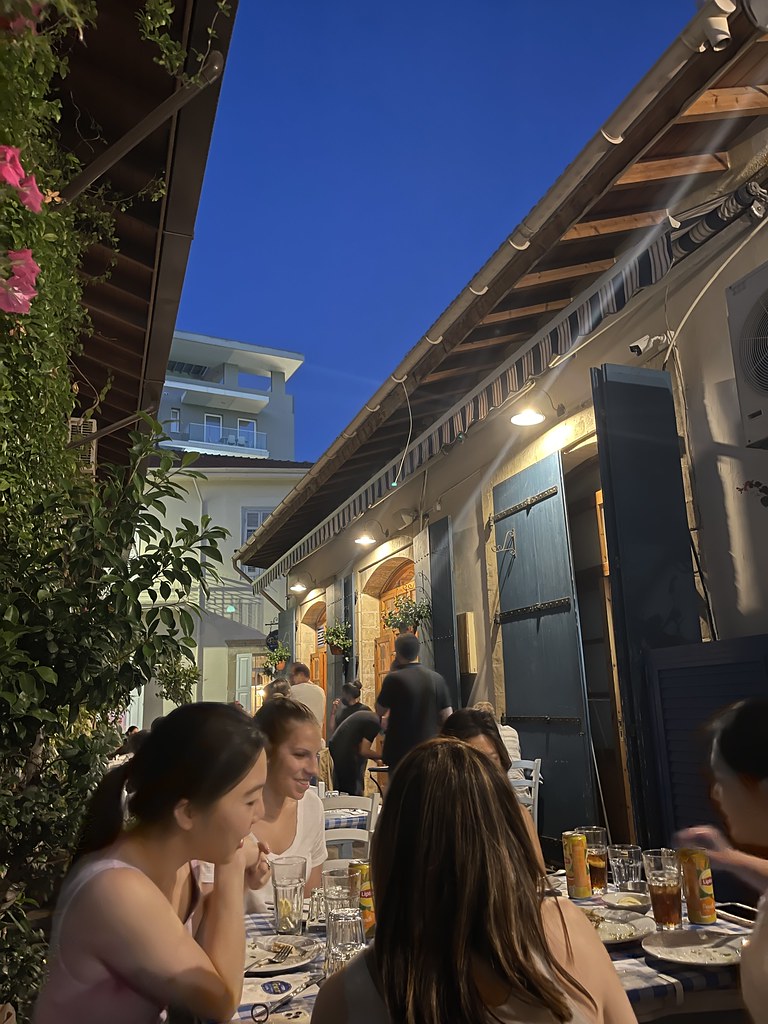 You’ll miss knowing this is just the first day. 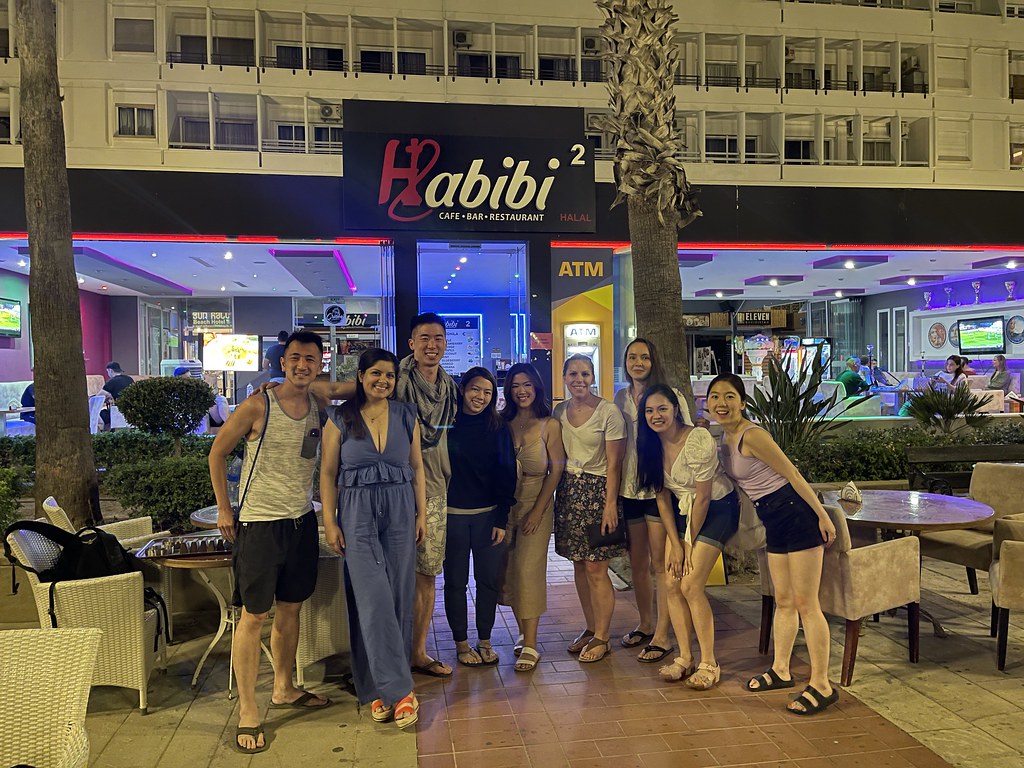 You’re going to miss waking up to the first walk around a pleasantly small beach town more than 4000 years old, exploring old forts, churches, winding alleyways, and even a salt and pepper museum. 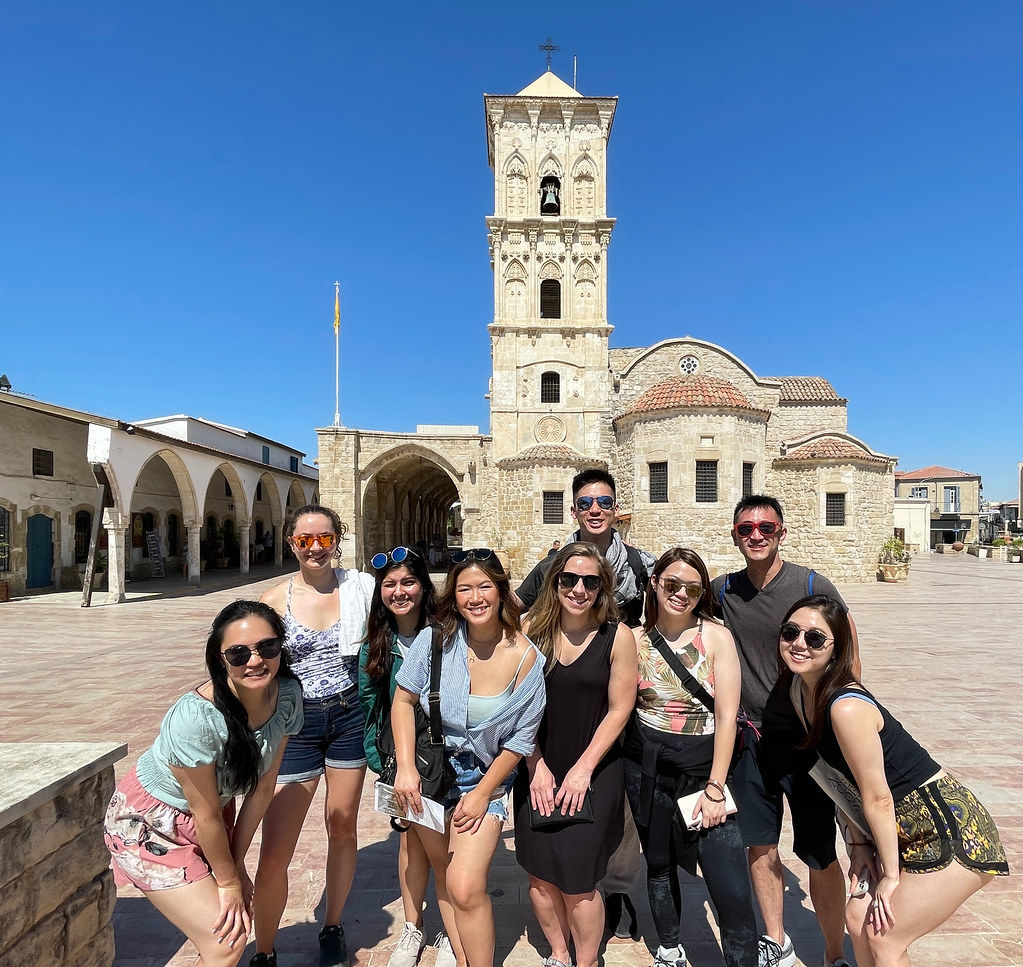 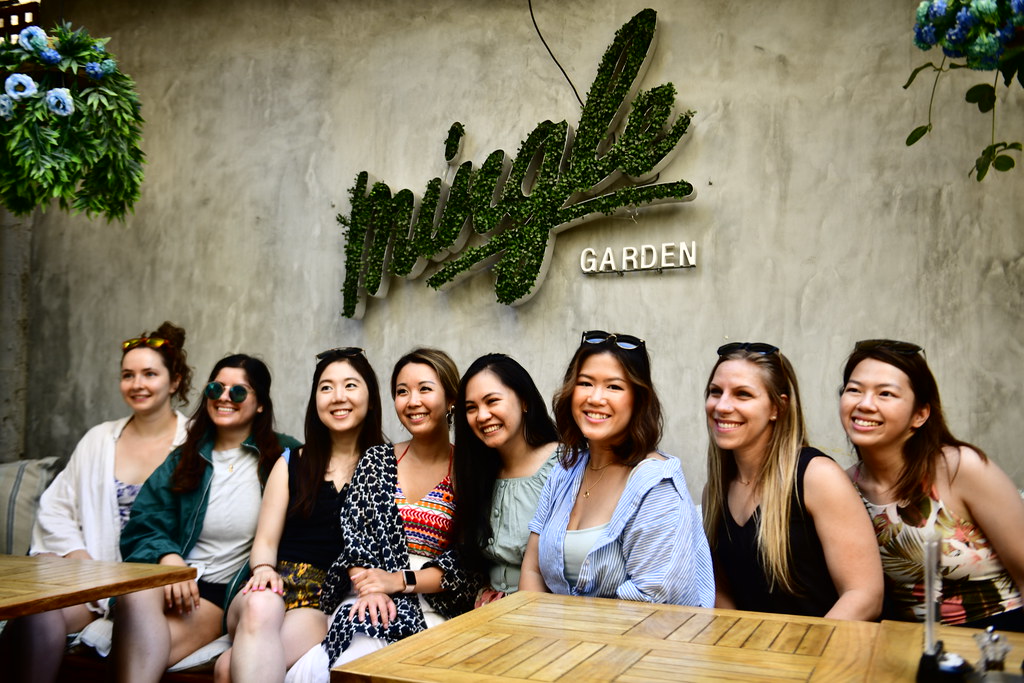 You’ll miss driving off for our first road trip – first to a mosque by a salt lake and then for an impromptu scavenger hunt in a remote hilltop village just for that one photo you’ve always seen but never knew where it came from – before enjoying a traditional dinner outside with live music. 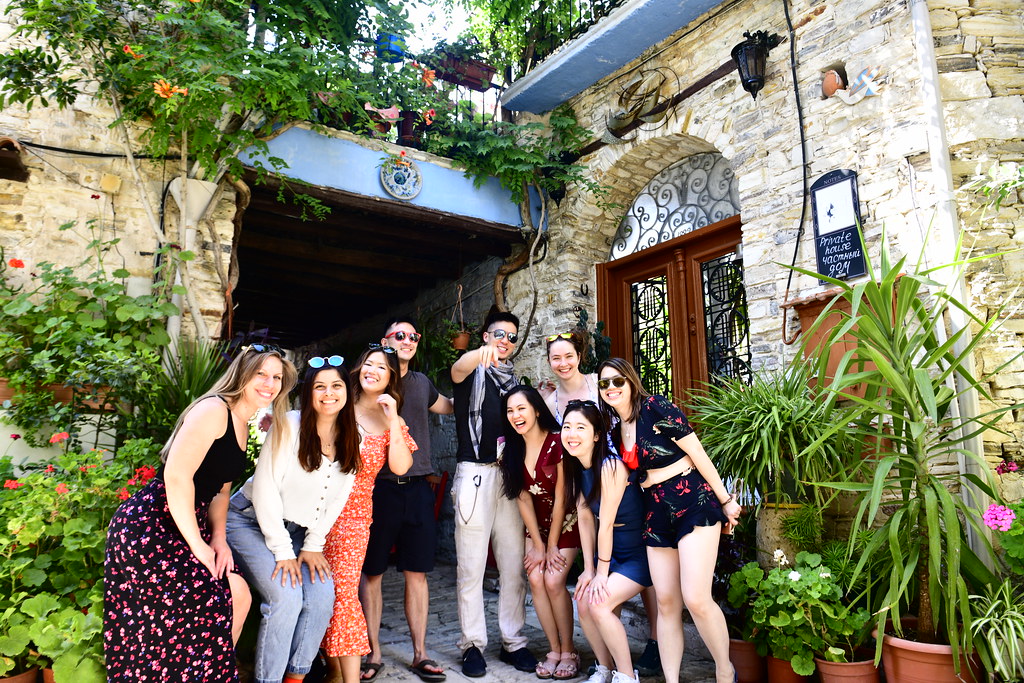 You’re going to miss the morning drive to a new city, the excitement of getting to live in the high-rise apartment of your dreams, the kindness of the restaurant owner making the case for plant based, and the leisurely walk around old town with your first time down Ledra Street. 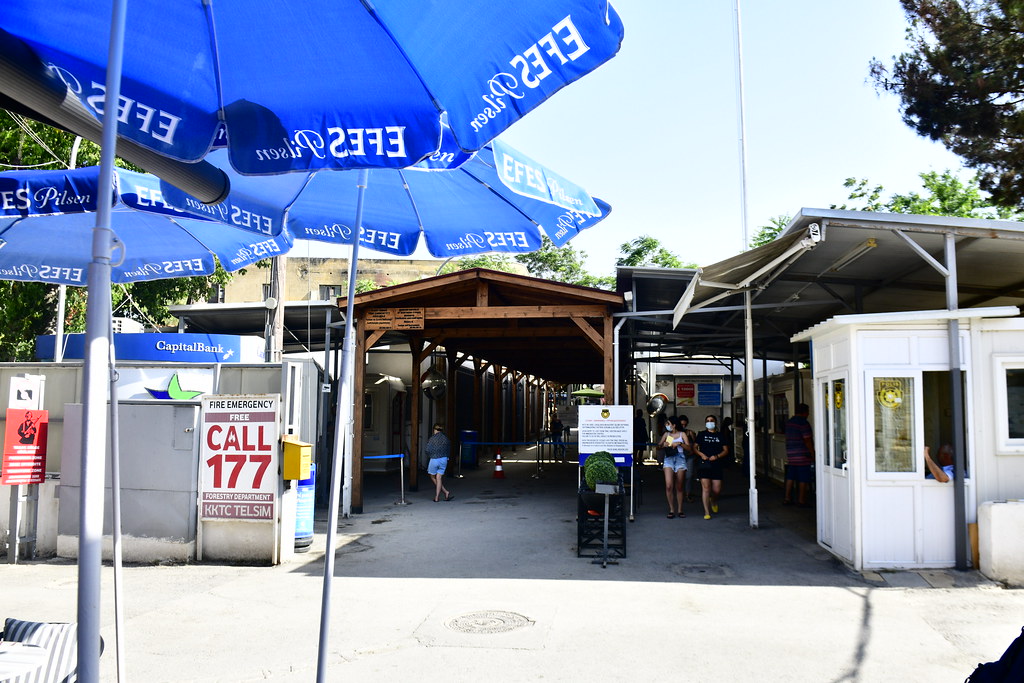 You’ll miss wondering whether you could cross a contentious border between 2 nations in the world’s last divided capital city, the subsequent shock of being able to especially when both sides of the looking glass were as confused as you are, the quiet awe of being transported to another world so quickly, feeling not fully sure whether you’re really supposed to be here, the relief of being able to cross back over without an issue, and the pleasant surprise of having a free rapid test at your convenience only a few minutes away. 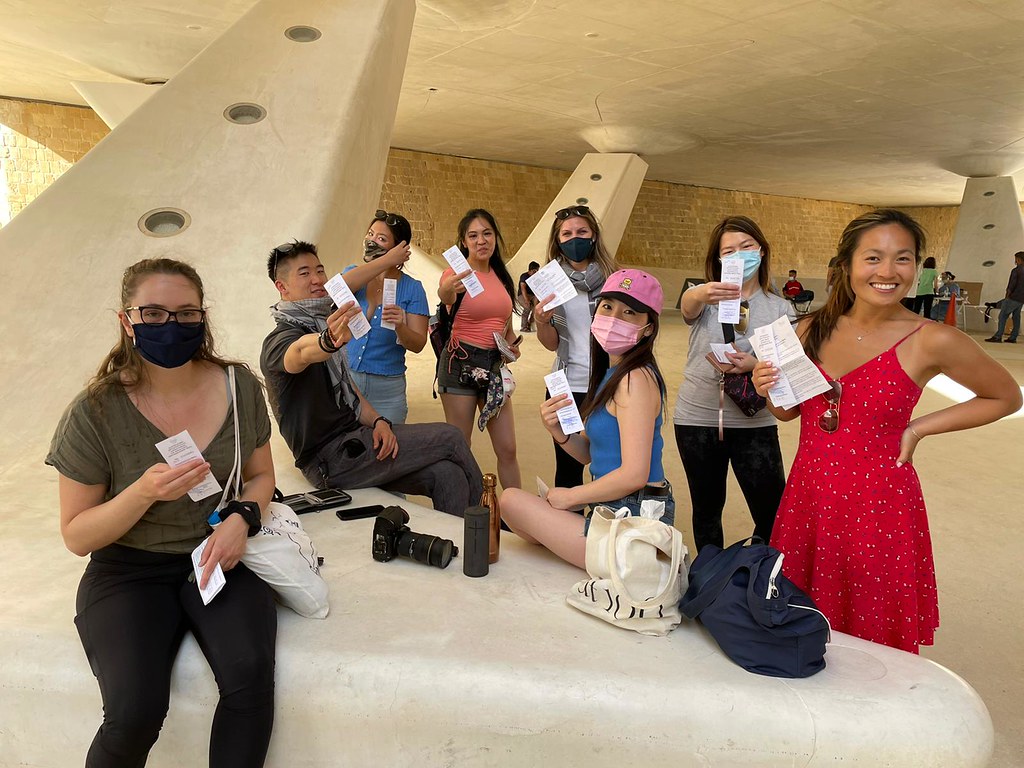 You’ll miss the stupor of sharing a private spa with your fellow travelers only a few floors below, before treating ourselves to room service with a view. 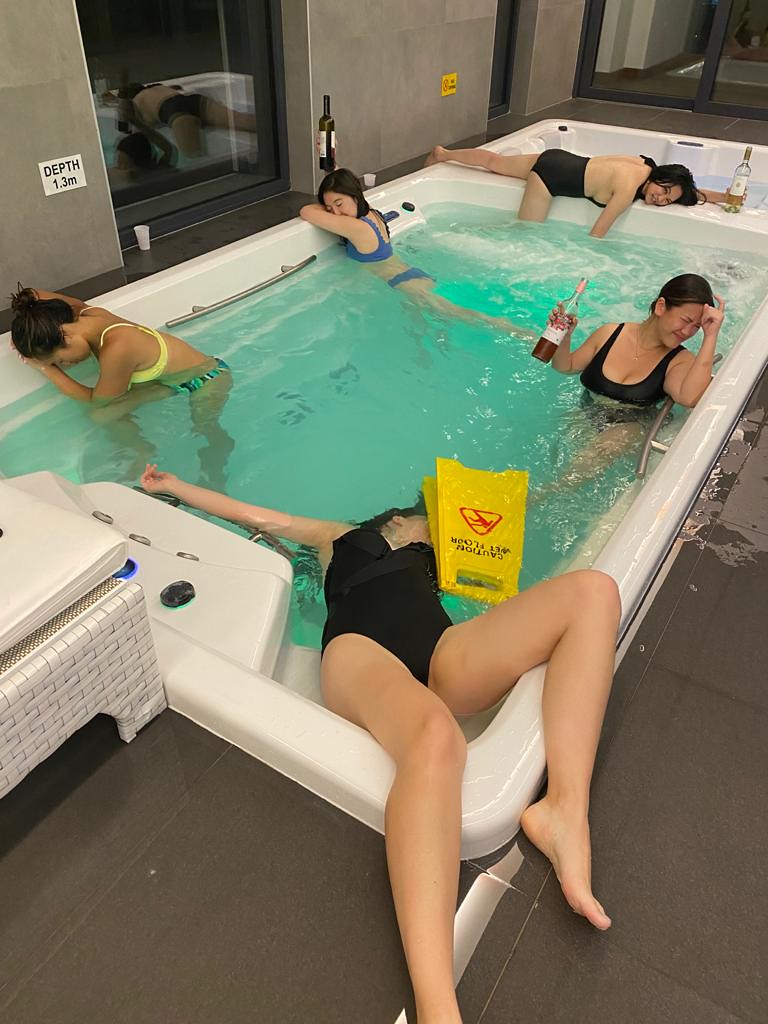 You’ll even miss pushing yourself afterwards for a 20 minute night at your new favorite lounge for the next 4 nights and learning to know, literally, that we can carry one another on our backs after a night like this. 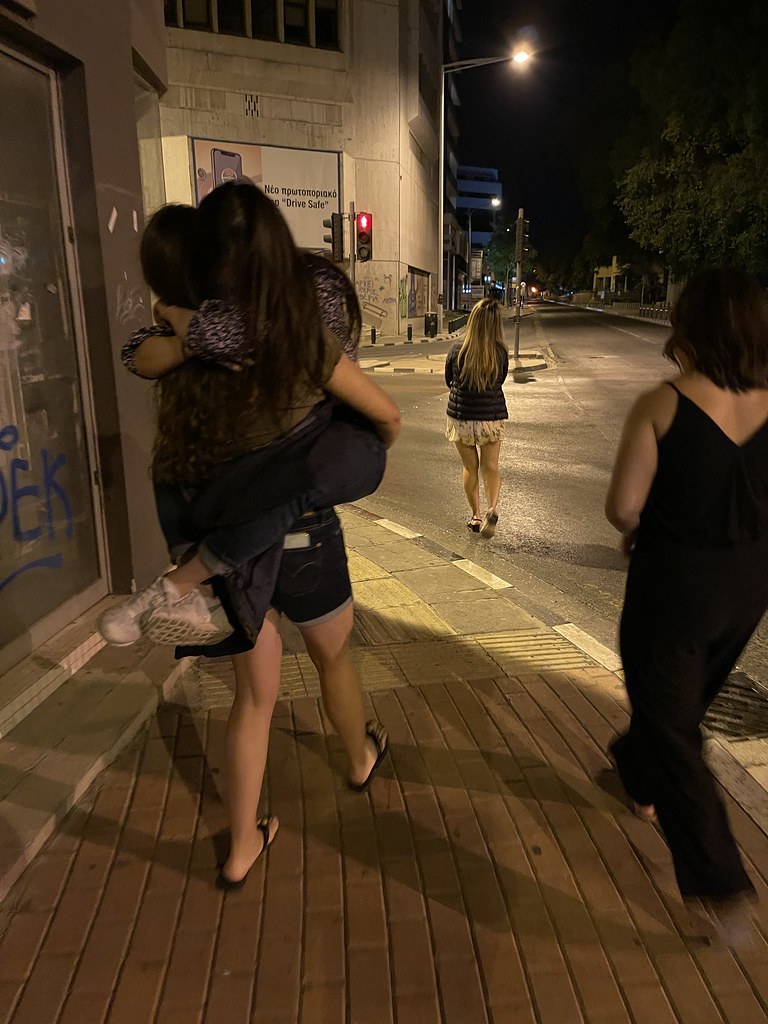 You might even miss the longest road trip starting with a drive to a harbor town before reaching an enigmatic random overseas territory, and honoring both stops with back to back drinks by the water. 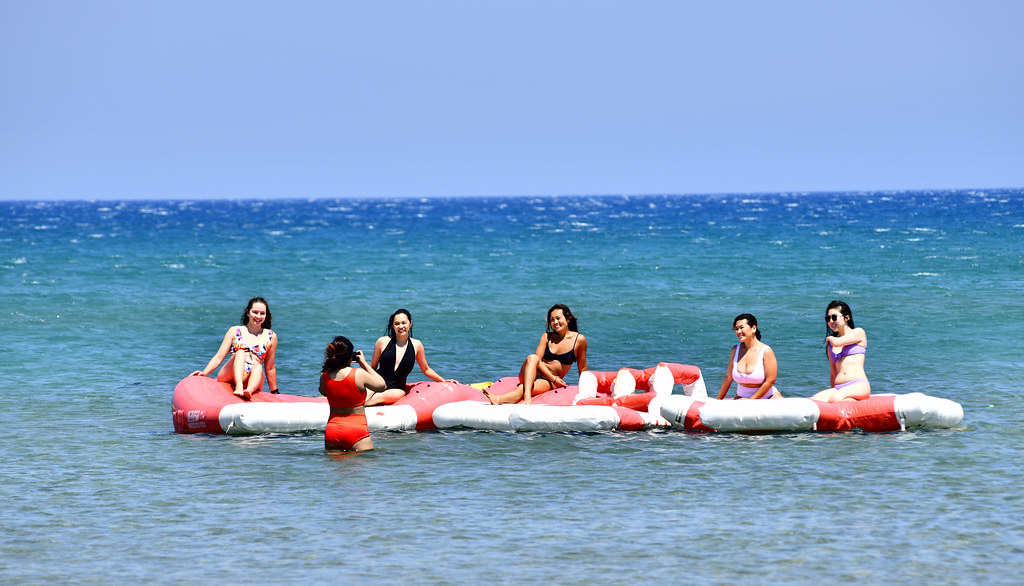 You’ll also miss playing volleyball with new strangers, soaking up the sun in your own personal cabana, and impromptu group karaoke in a theater over 3000 years old. 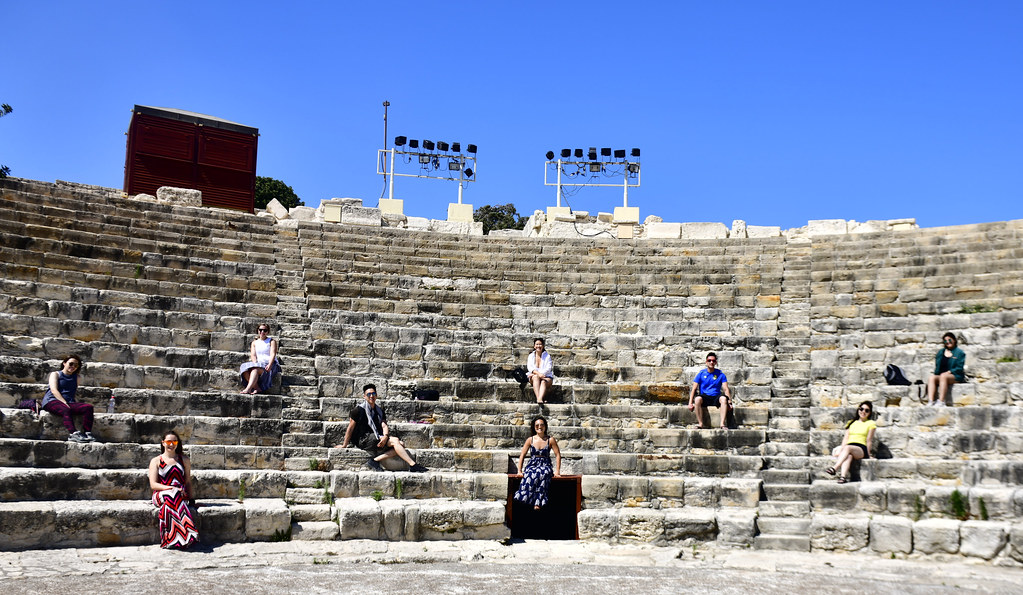 You’ll miss taking walks among ancient Roman ruins overlooking the dramatic coastline backdrop, fending off the negatively curious, the search for Aphrodite’s birthplace by the sea, coming upon a 20 year old shipwreck, and the dinner by the docks before convalescing with numerous stories on the car ride home and spending one more night continuing the stories at that special café in old town. 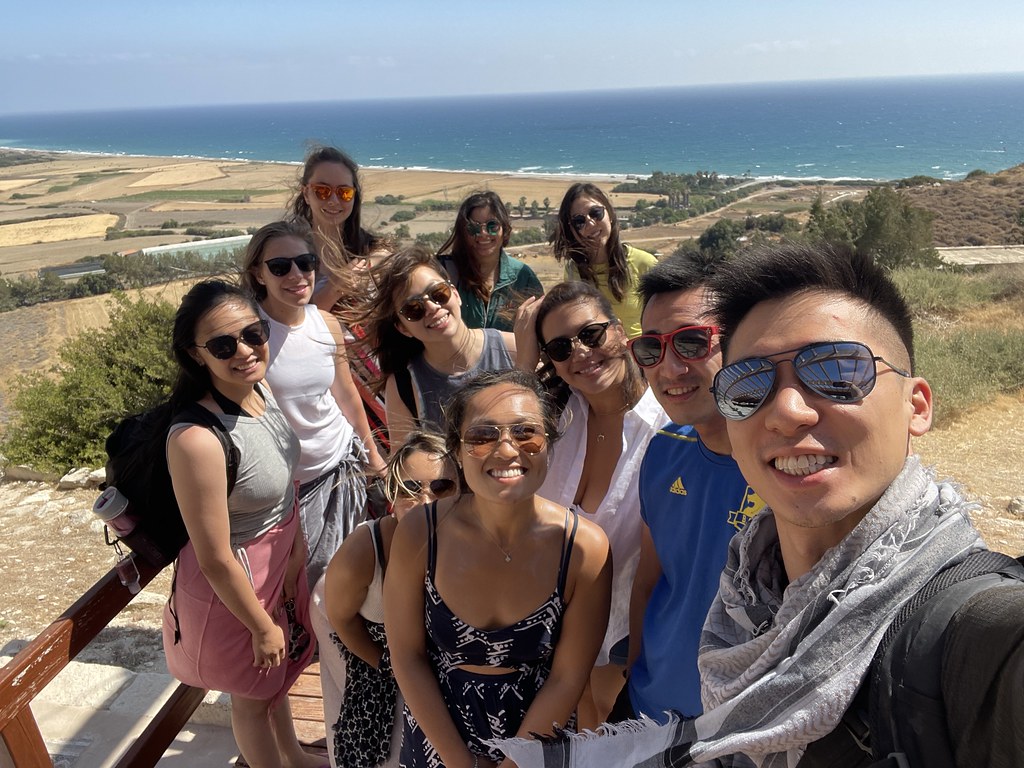 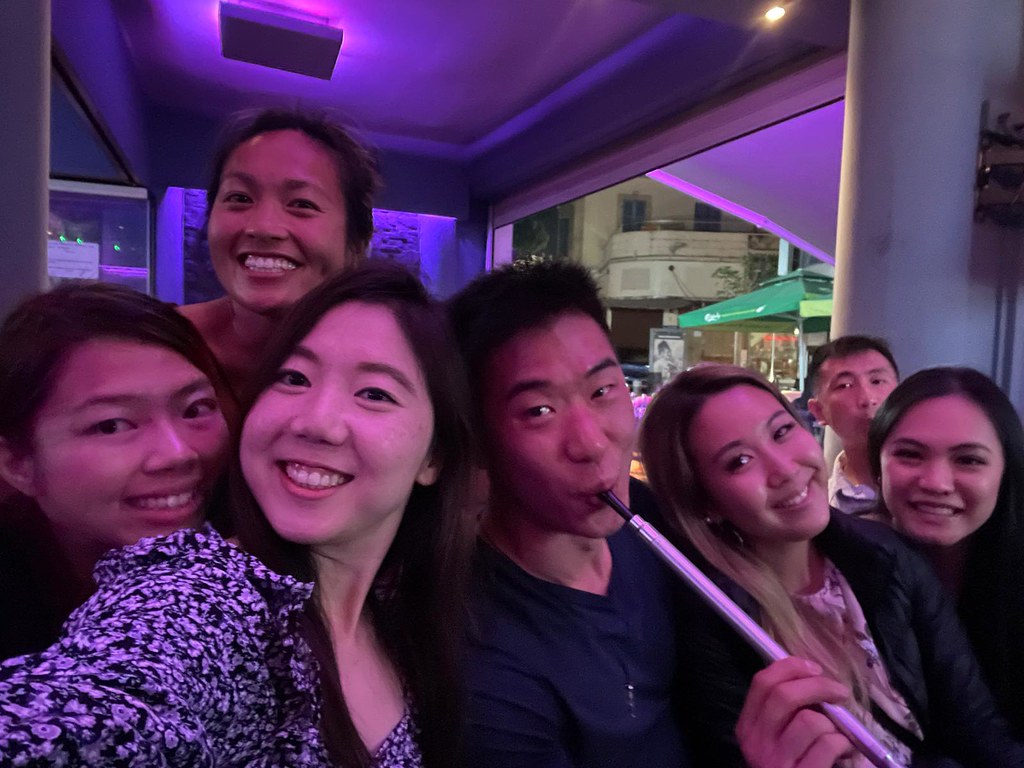 While you might not miss being turned away at another border crossing the next morning, you’re definitely going to miss finding hope in a second chance, strategizing how it’s possible to both play by the rules and get away with breaking them, and the reframing of a hiccup into the unexpected gift of spending more time in nature witnessing natural rock bridges and sea caves juxtaposed with unnaturally empty beach clubs as you celebrate a birthday by the sea. You’ll even miss almost driving away almost forgetting one of your own, before the final rally cry and the war of attrition to visit 5 different venues on the first weekend of their reopening. 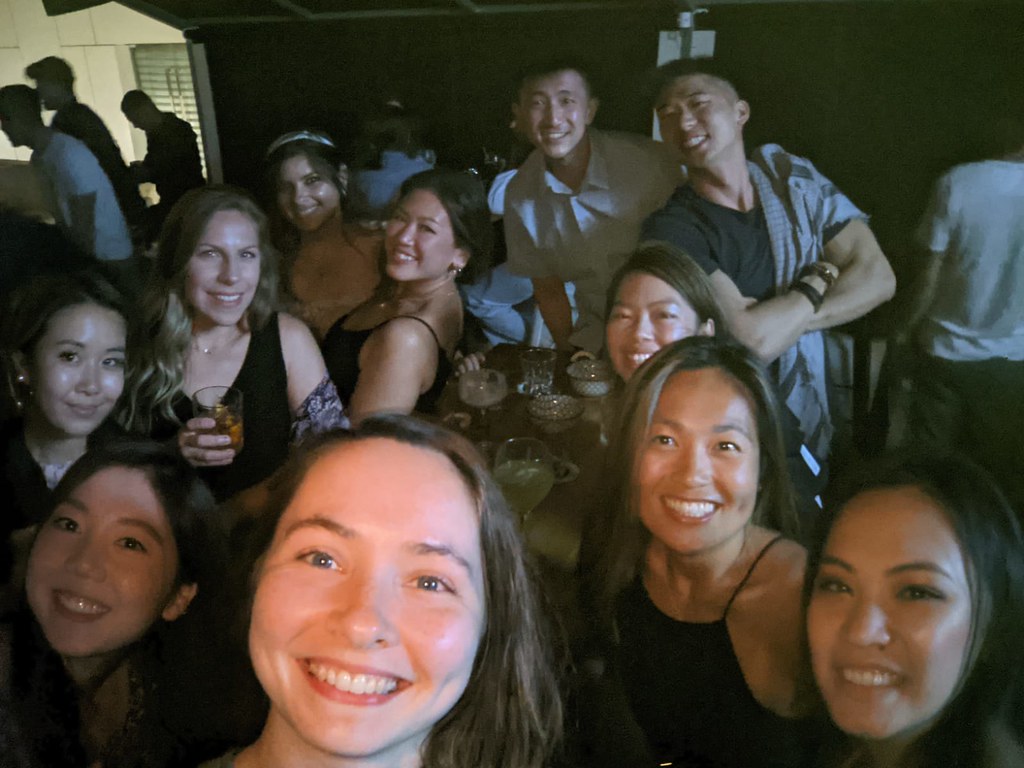 You’re going to miss watching sunrise on the 14th floor, and the grueling hangover the next morning, the slow crawl to getting your rapid tests for your return flights home, the struggle to find breakfast while half awake, and then yet the adrenaline returning when you cross over to exploit a legal loophole to get to a destination that was denied to you only a day earlier. 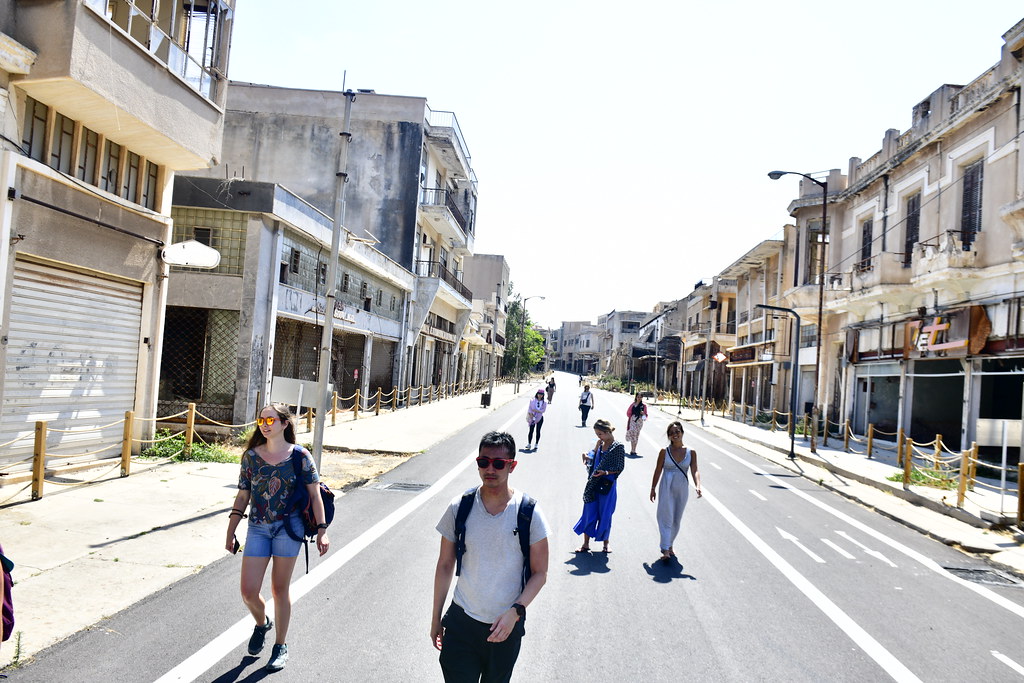 You’re going to miss the shock at a makeshift plan working out better than you could have imagined, the unexpected surprise of discovering that the strangers who made it happen at the last minute would also make great friends, and getting to freely explore an abandoned ghost city you’ve read about for years in articles and books and never once think that you’d get to visit in person, let alone be one of the first in the world to visit since its sudden desertion 47 years ago. 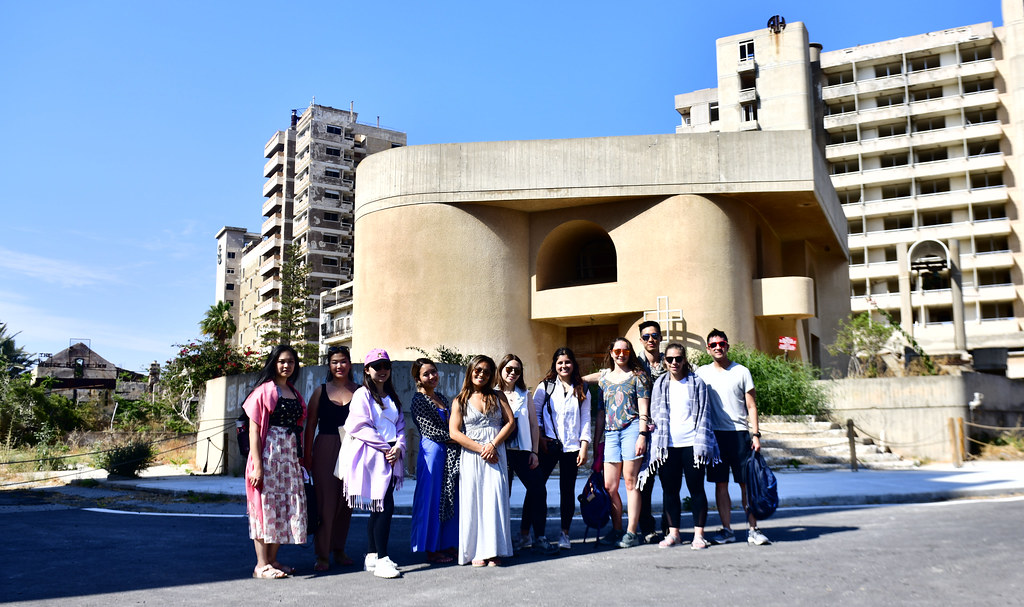 You’re going to miss the unexpected surprise at finding well-preserved ruins of a Byzantine city and an isolated monastery nobody else in your social circles would have ever heard of before, deciphering a simple word game to the name of a club you just formed on the final drive back to Nicosia, the kenopsia of true freedom on empty streets while shopping on both sides of the border, and the kindness of the waitstaff to accommodate us without reservations. You’ll then miss choosing ice cream over tattoos, milking the last of the jacuzzi together one more time, the final drinks together, the hugs coming all too quicker than anticipated, and the tears that began to well up in front of strangers turned friends turned family you want to keep saying hello to but all you could do now is say goodbye. 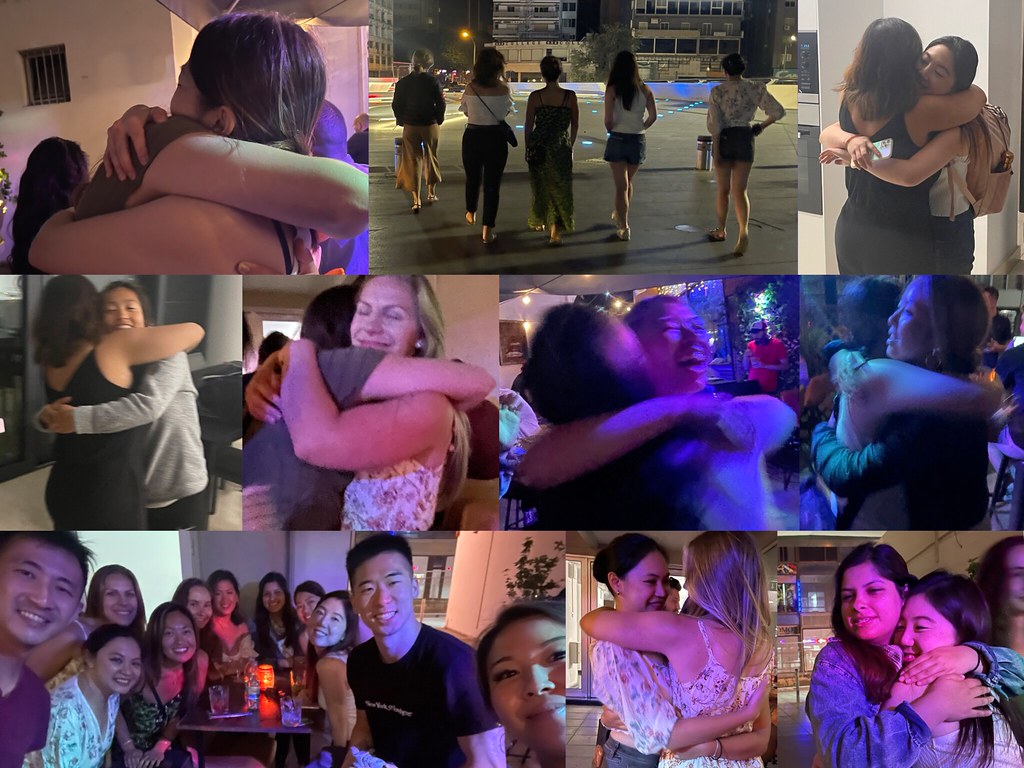 Because the only meaningful goodbyes are the ones with you know you’ve just started writing your story with: This is no final goodbye. 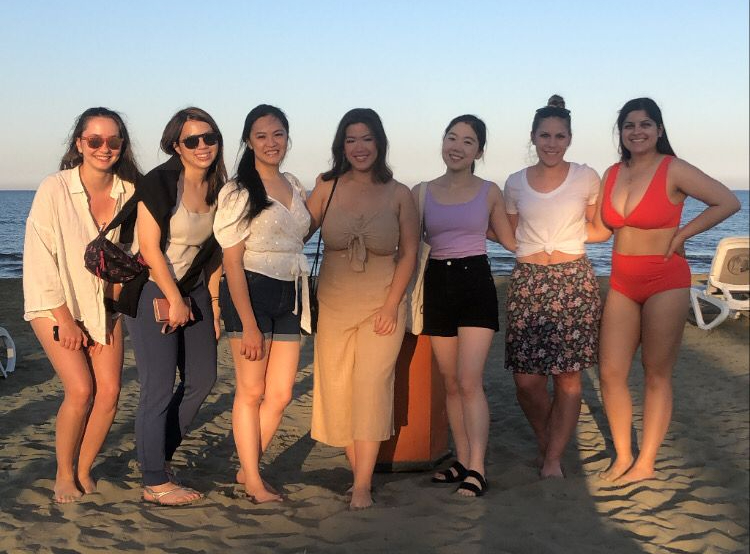 This is a family reborn. 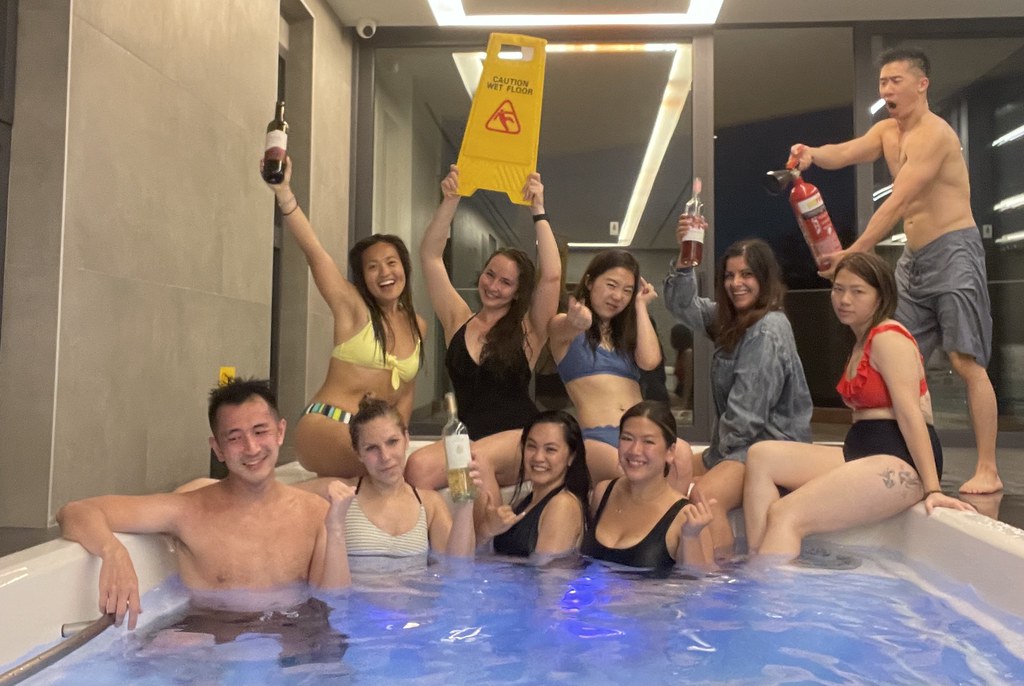 As if the pandemic that we’ve just survived could be reframed as the collective trauma we had needed to find one another in Cyprus . . . 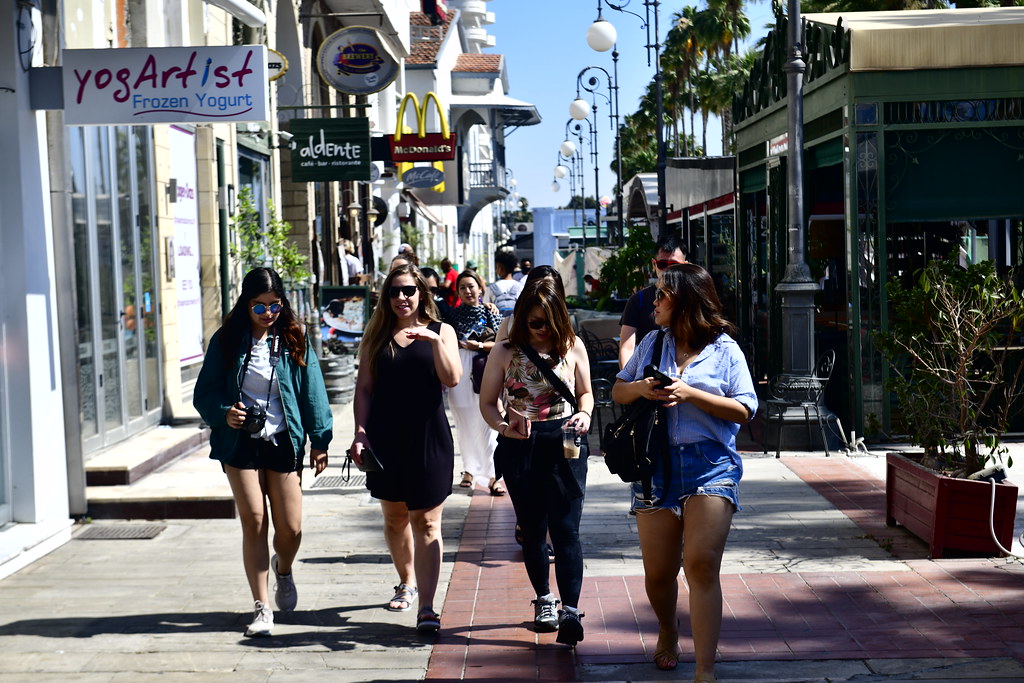 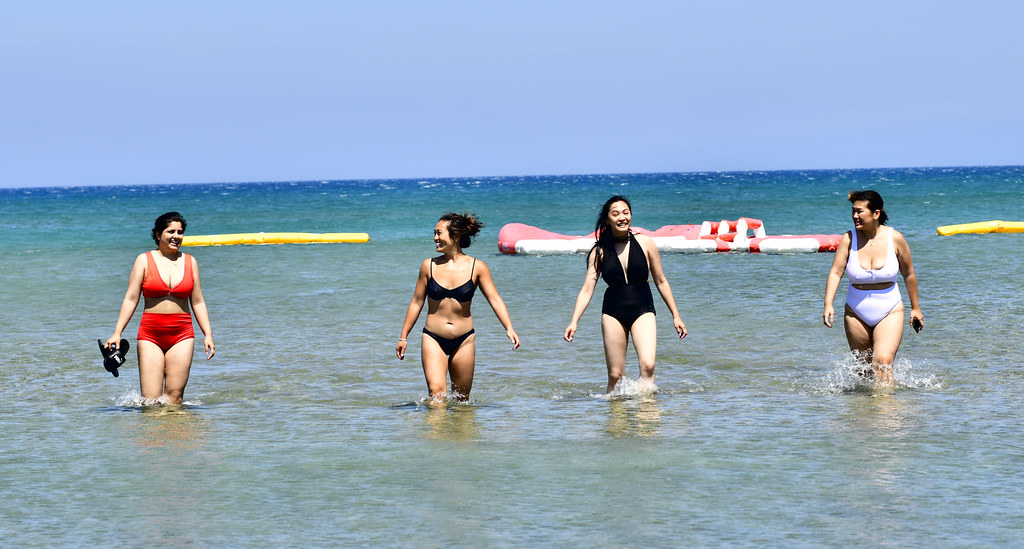 . . . we knew we were already missing one another before we said hello. 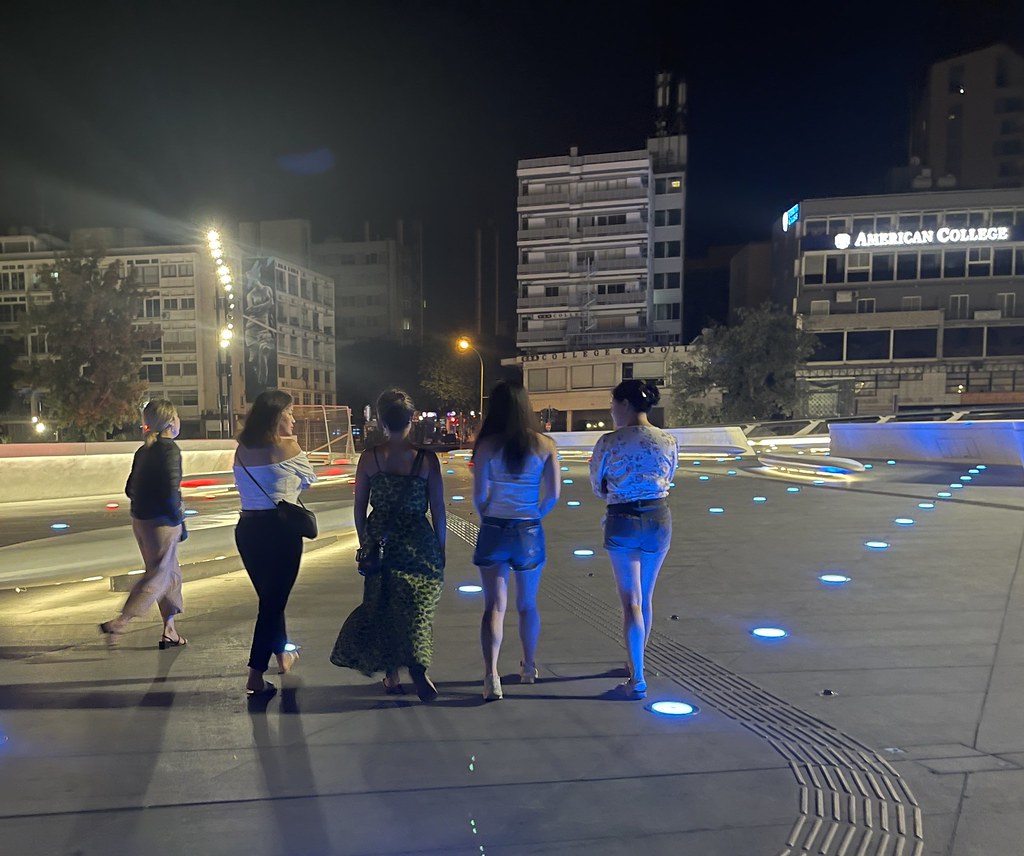 See you in Sardinia.