I once dreamt of being in Batad, only to be awoken by the din of NYC traffic outside my window.

2 months later I’m waking up in Batad, looking out a window into the rice terraces that stretch like a stairway to heaven. 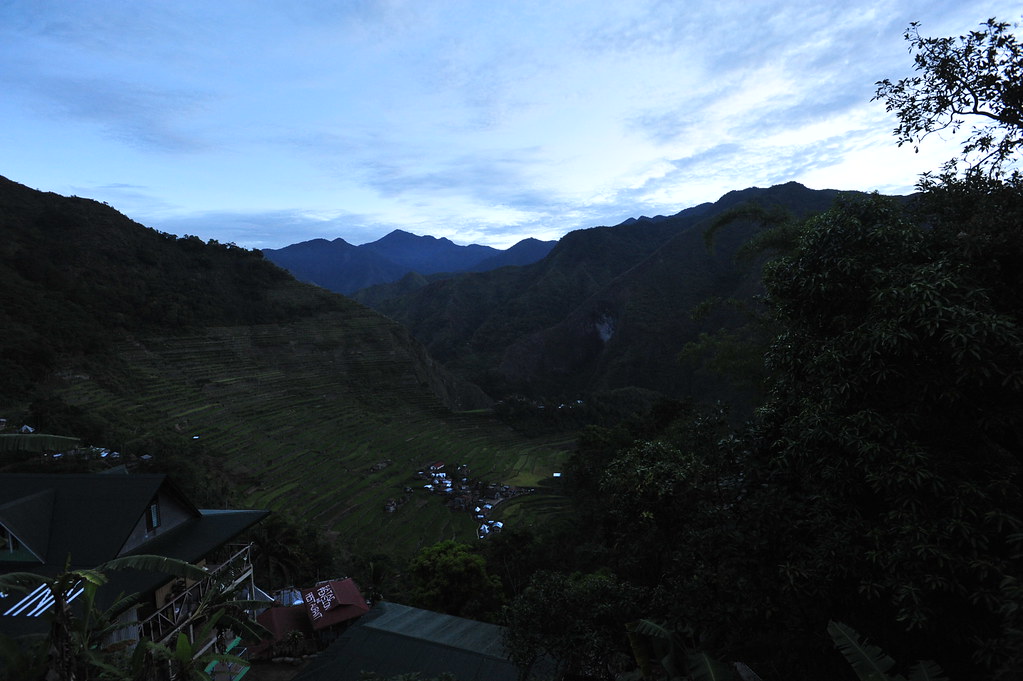 To dream a dream created by Google Images, you cannot fathom how you would ever get there. And now I am staring into a view only God can put into men’s minds, thankful for the fortitude that has pushed me to live in what I once thought was an impossibility…

So it’s not Banaue but Batad; in other words all the images you see when you Google “Banaue Rice Terraces” is not of Banaue but of Batad. Although Banaue is certainly pretty, it has transformed into a tourist town that is relatively very well developed with a large population. But if you take a 1.5 hr, treacherous climb and descent off a few mountains, you’ll hit a remote village that is both serene and mesmerizing: Batad. Want the perfect “ooh-ahh” moment? It’s in Batad.

(FYI the guide books need to clarify that this was NOT an easy hike for anyone carrying 50 lbs of stuff; Annah twisted BOTH her ankles during the initial descent…it got so bad one of her ankles swelled up to the size of a baby pumpkin and she never made it out with me and Corrine to the Tappiya Waterfalls afterwards)

It took us awhile to get to Batad, but it was well worth all the sweat and twisted ankles.

So it goes from Banaue -> Private Jeepney to the saddle (around 2500-3000 pesos including return trip) -> Hike from the saddle to Batad. 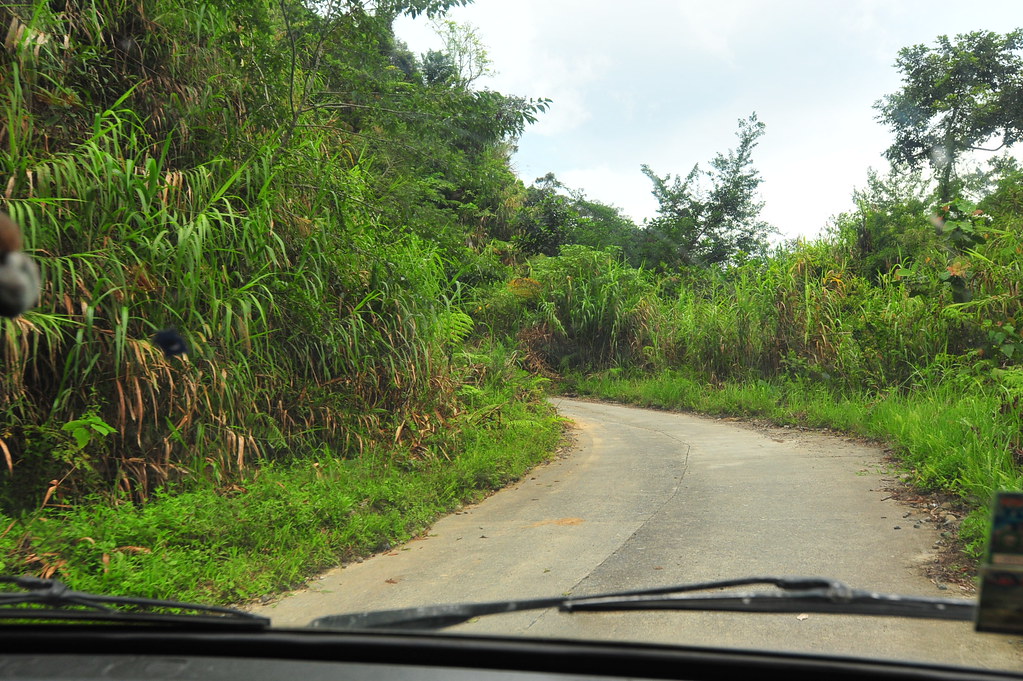 Then gets bumpy as hell: 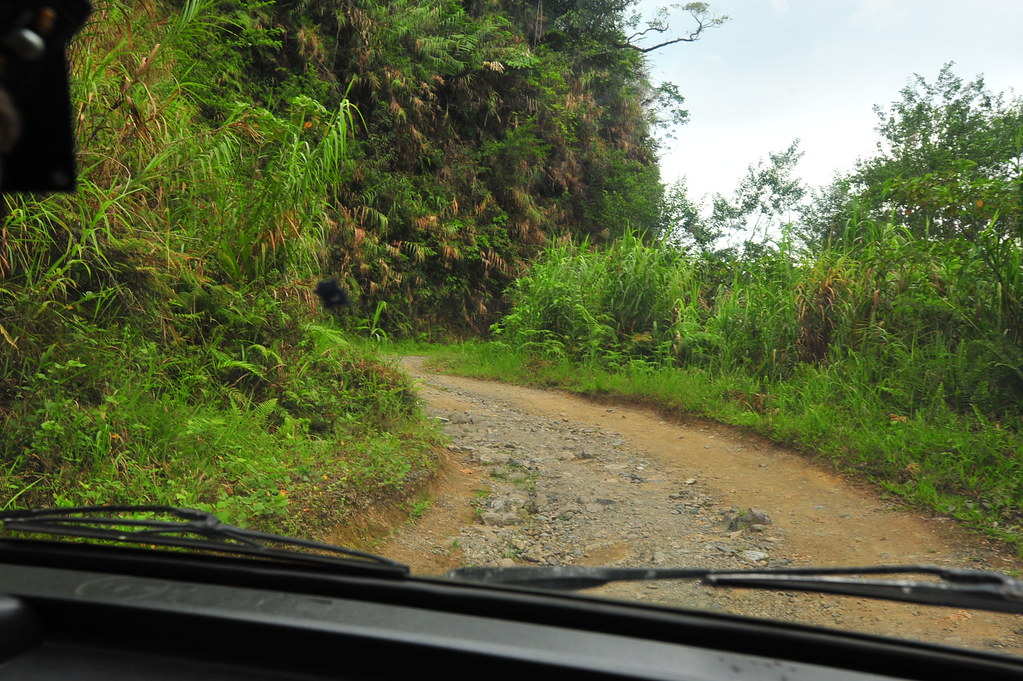 Once you go on the hike from the saddle to Batad, say your prayers to the mountain gods and strap your boots well. To give you an idea how steep the path is from Banaue to Batad, here it is: 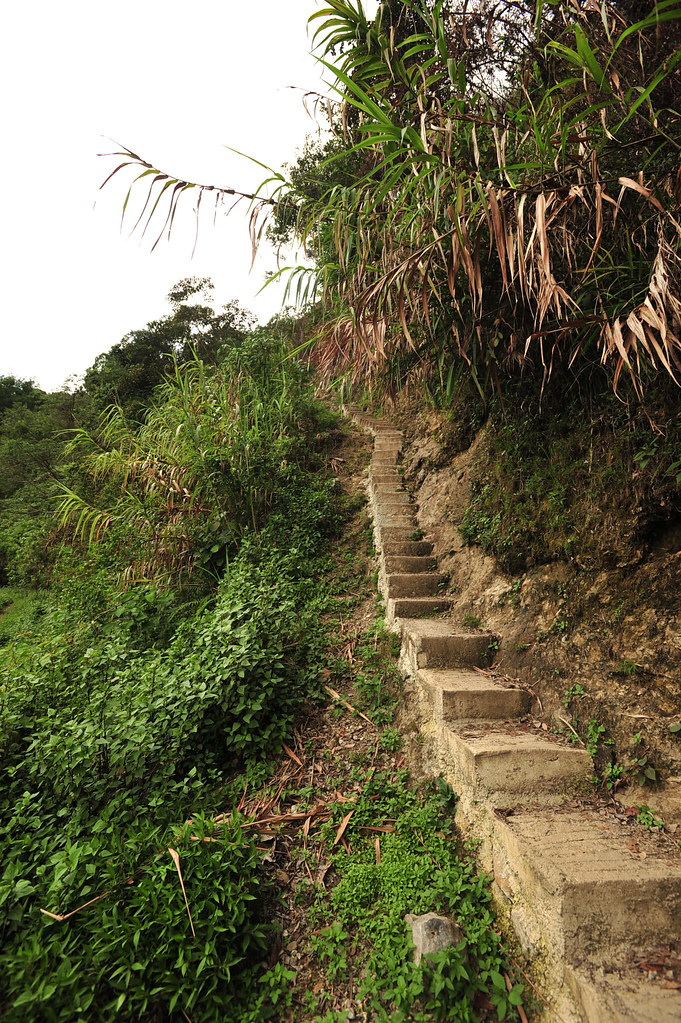 Now imagine that for 5 miles carrying 50 lbs of bags and DSLR camera in the other hand.

Once you get to the village, make a right and head to Rita’s. She’s the most awesome and friendliest grandmother you’ll ever meet, and the dorms are quite charmingly rustic: 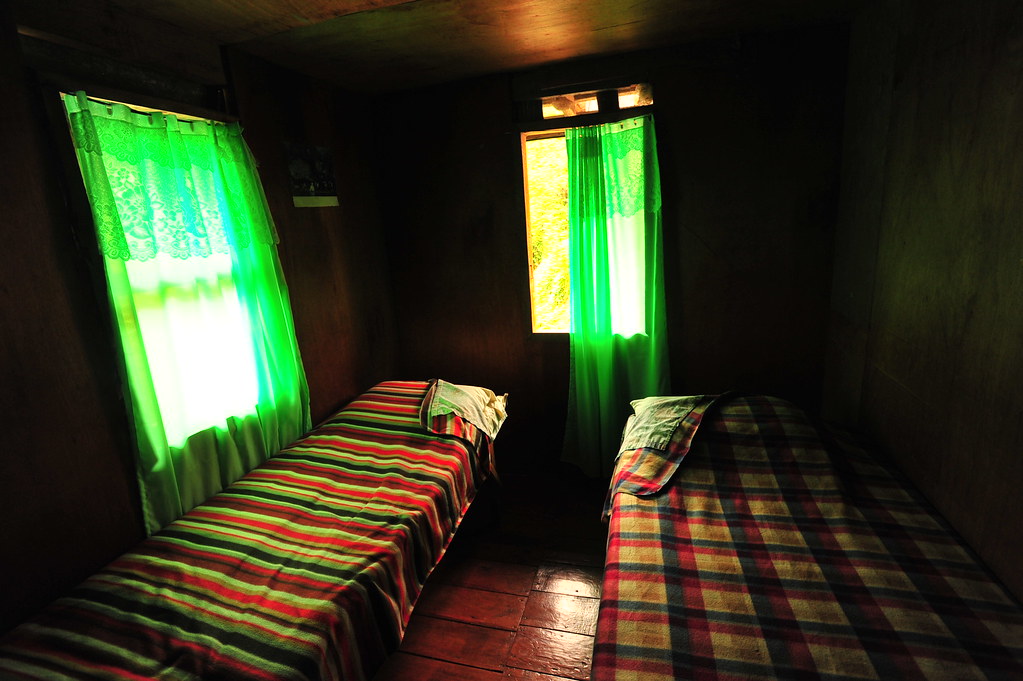 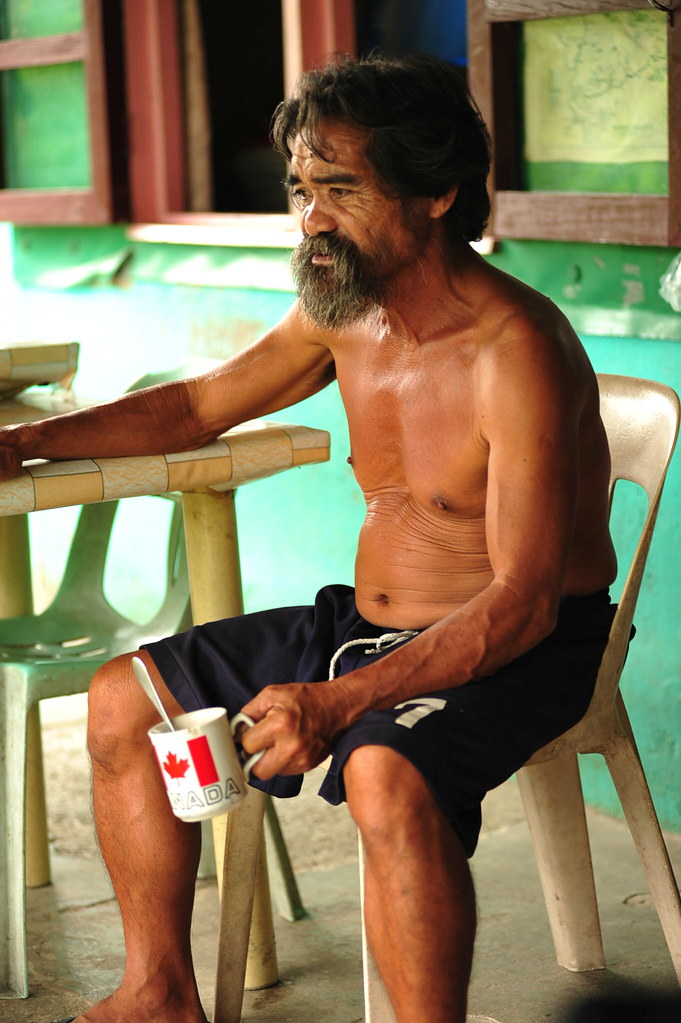 After settling in, go for a hike to the gorgeous Tappiya Waterfalls. Just hike down from Rita’s and continue down down down some steep paths: 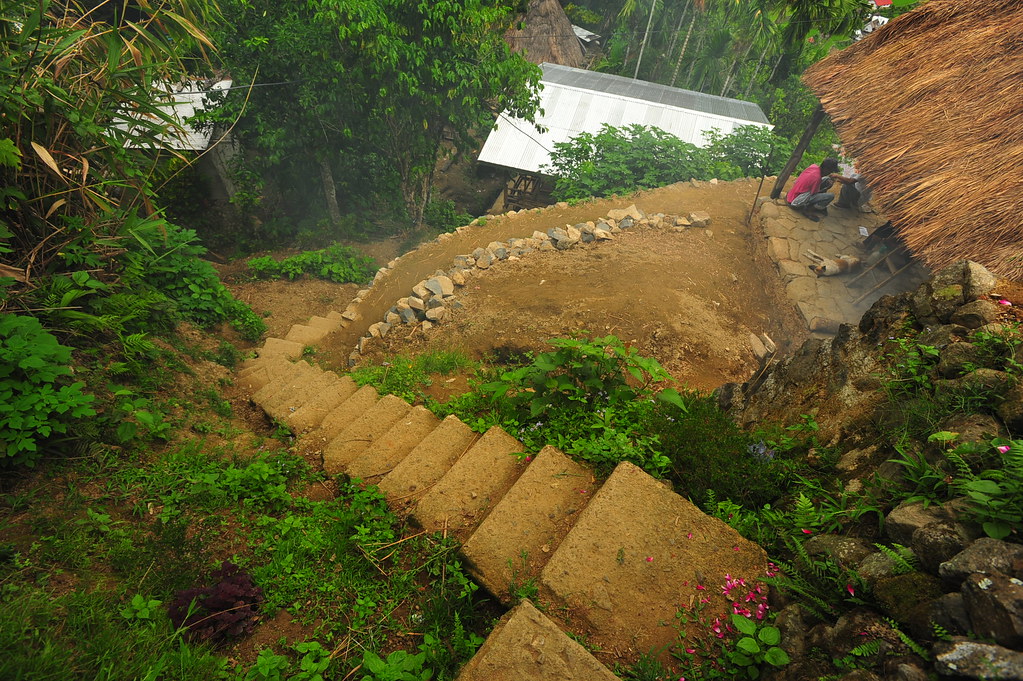 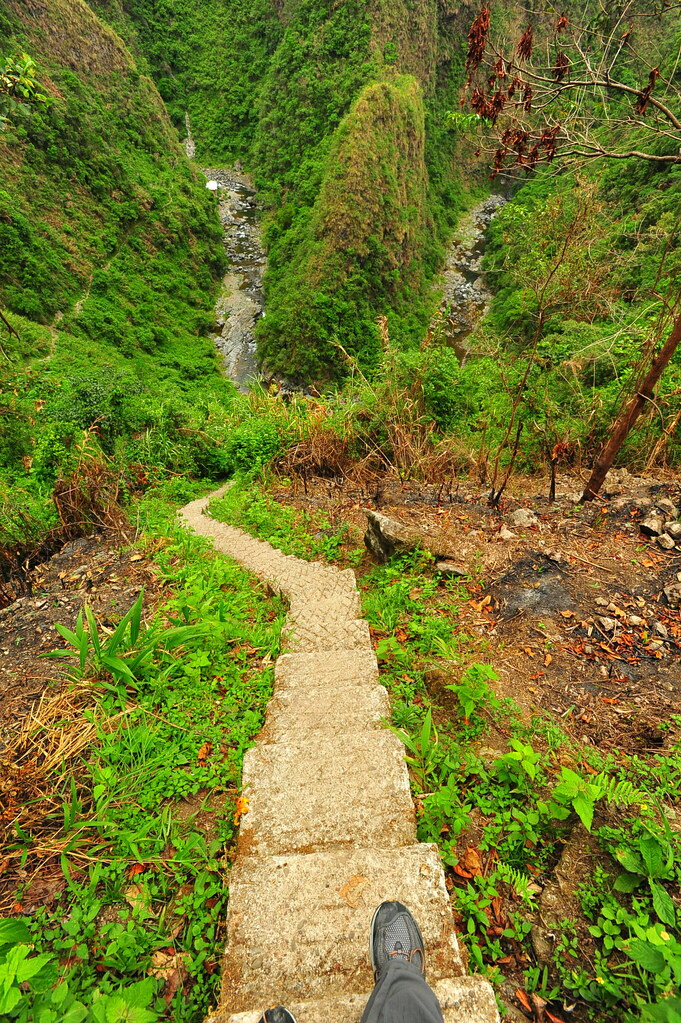 Keep following the single path down down down down, up (you go back up a brief series of stairs when you pass by the Waterfall View Restaurant) and then back down more stairs until you see this: 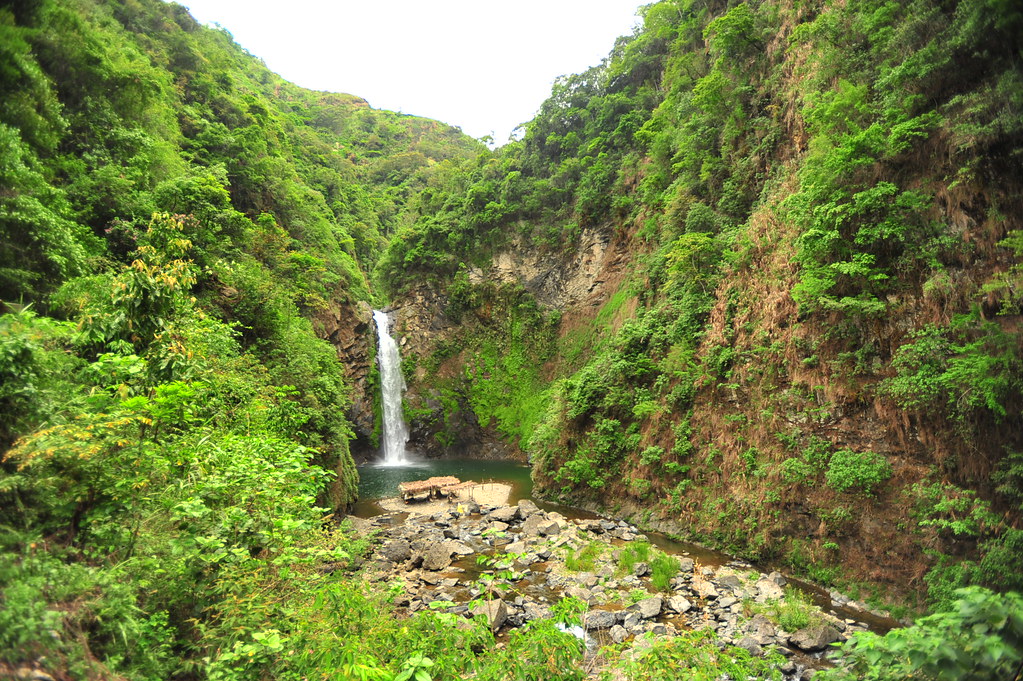 Then reward yourself with a swim in crystal clear waters: 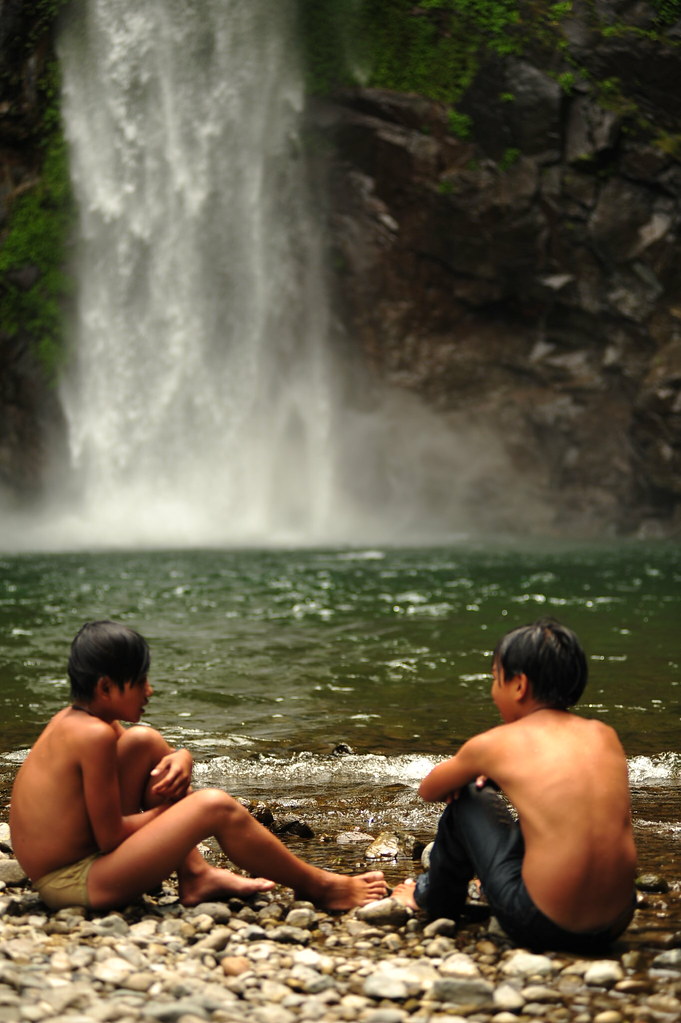 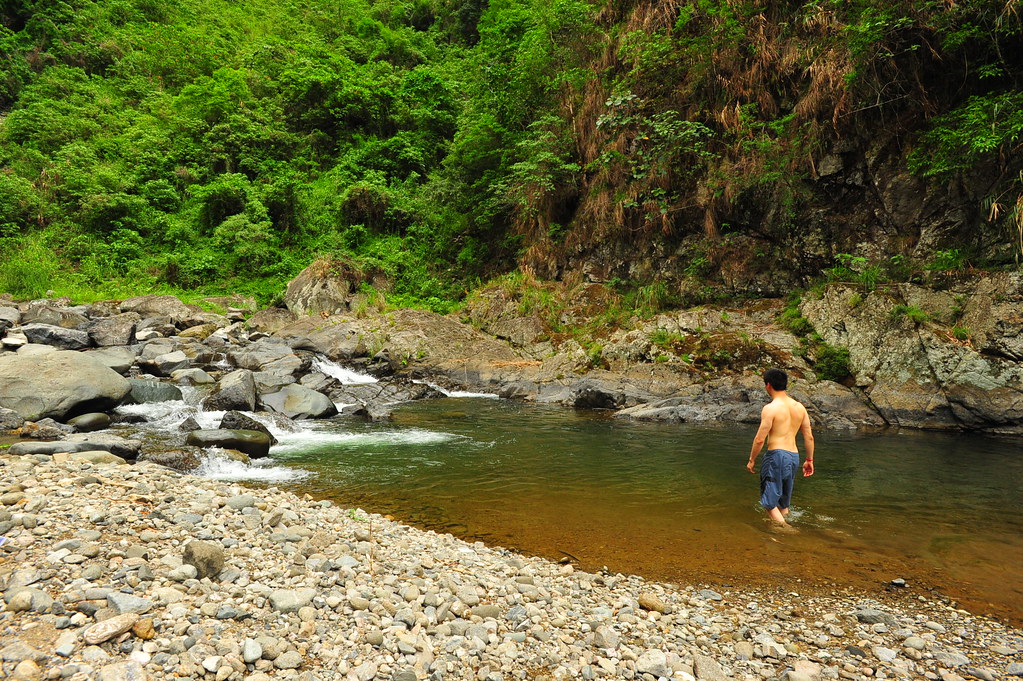 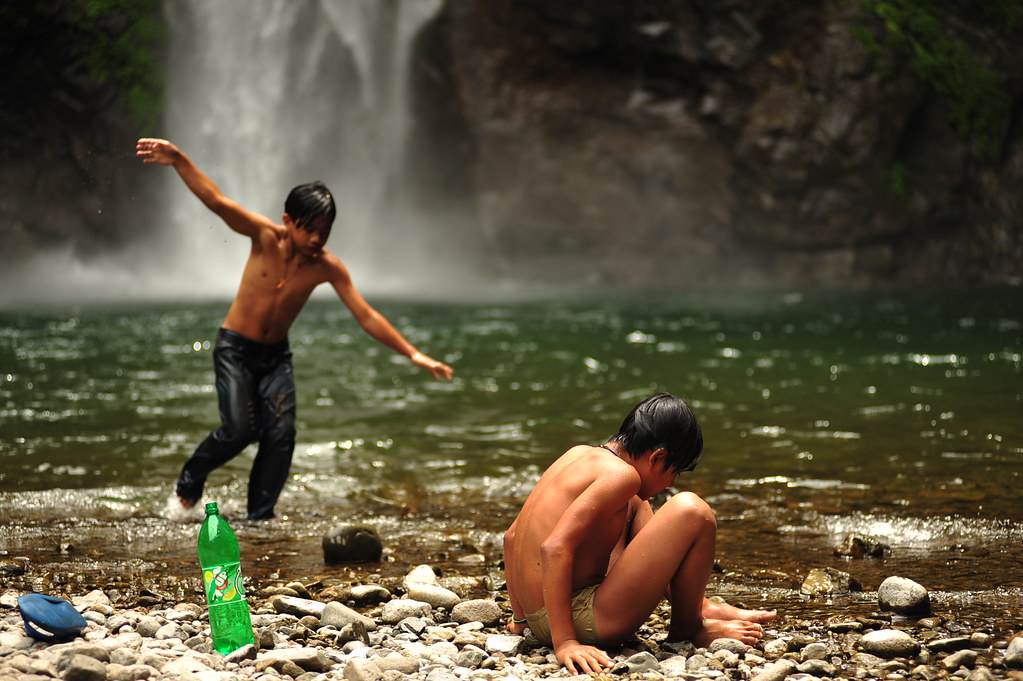 or simply just enjoy the view: 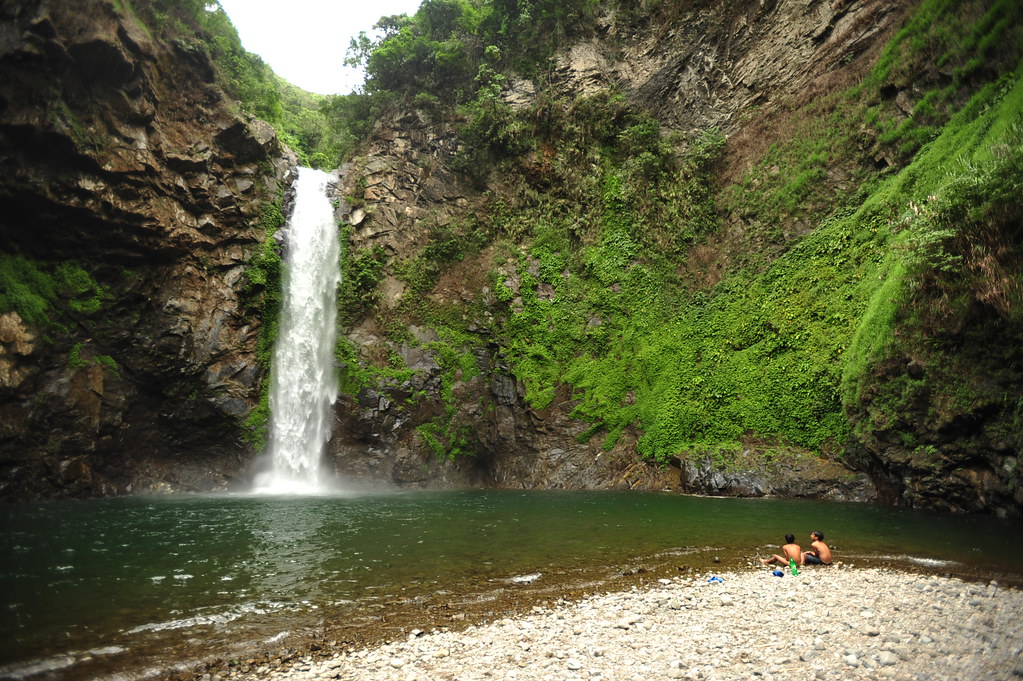 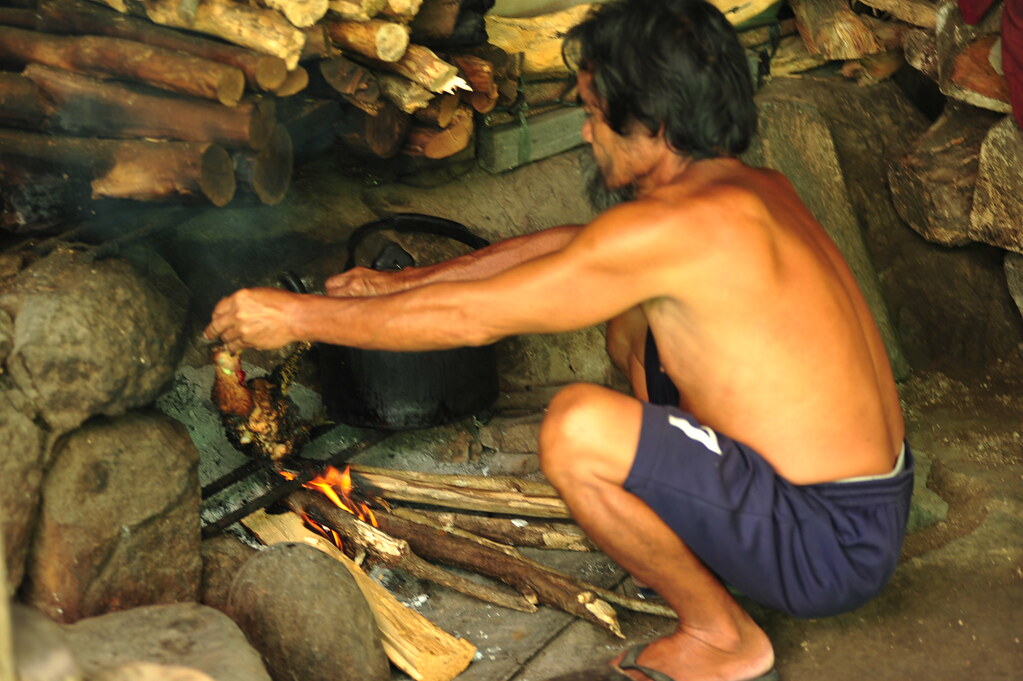 Or prepare rice with Rita herself: 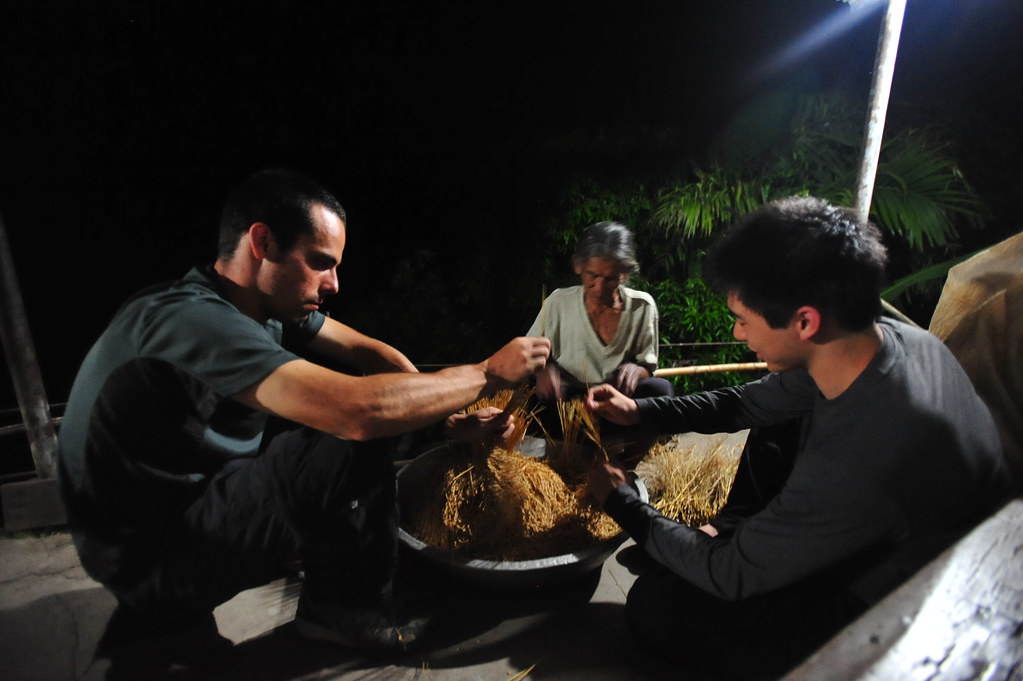 After a nice quiet night, be awoken by the caws of roosters. They want you to wake up in time so you can enjoy the sunrise with a nice cup of coffee: 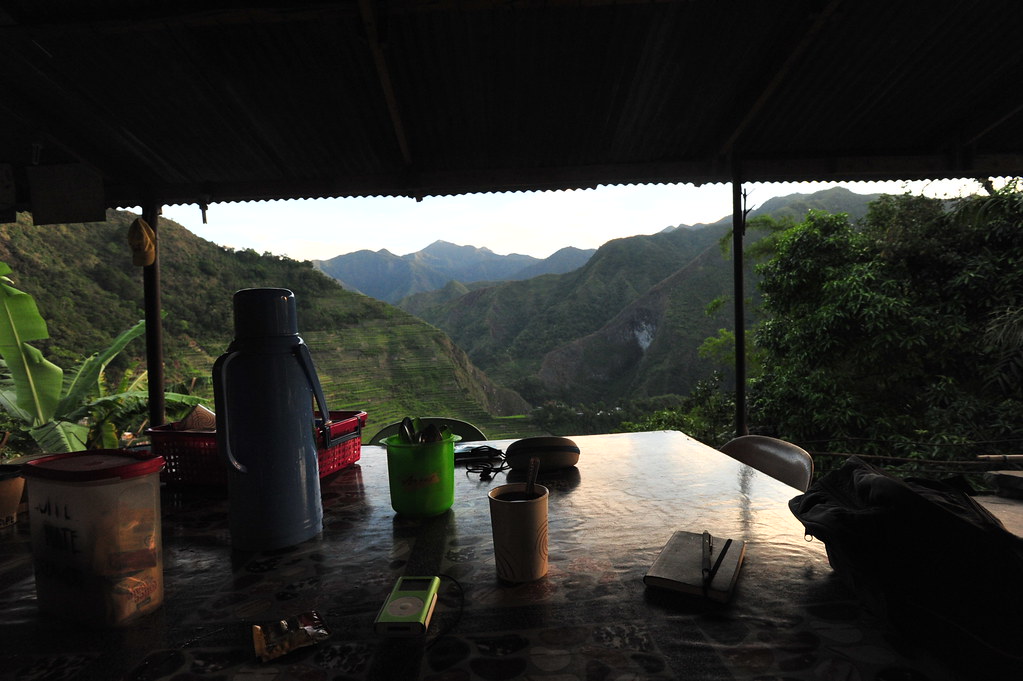 The nature here is so splendid, complete with the sounds of villagers preparing rice, the caw of roosters, the buzz of insects, you’d think the world never changed in the last millennia. The life is so rustic and simple, you would wonder why we all have complicated our lives with schools, jobs, taxes, etc. in the first place. People here are so content with so little, we should feel guilty for having so much and still not feeling like we have enough.

But God, or whatever energy you believe in, maybe has put us on this planet with a purpose. We may not be meant to live simple lives. We’re probably meant to be aware of its existence, appreciate it, and then take these pieces of knowledge to improve upon the livelihoods of those who do not have as much as we have and are not as content as the natives living in these villages.

However, they should neither live by our values/standards nor we should not expect or push them to. We should respect these differences while finding a common understanding of what we can share. Then we take these new lessons to help the people who actually are at loss, who need and want our help. For the people in the position to care and have been indebted with the privilege and responsibility to help, we can bring those who are in need to a level of satisfaction and happiness on their own terms.

Head out into the town the next morning: 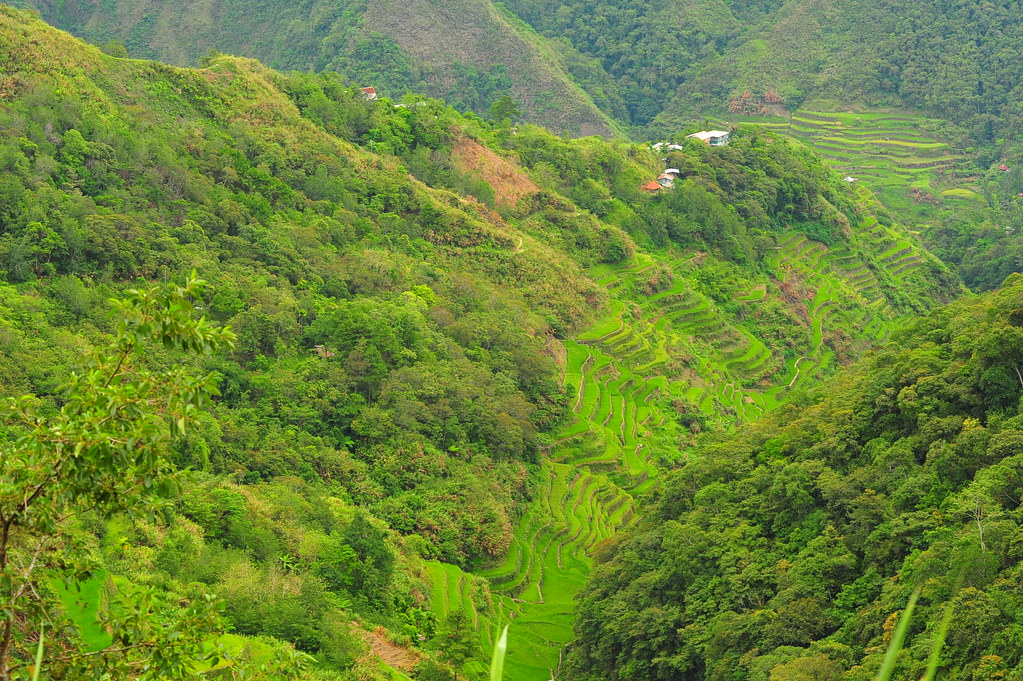 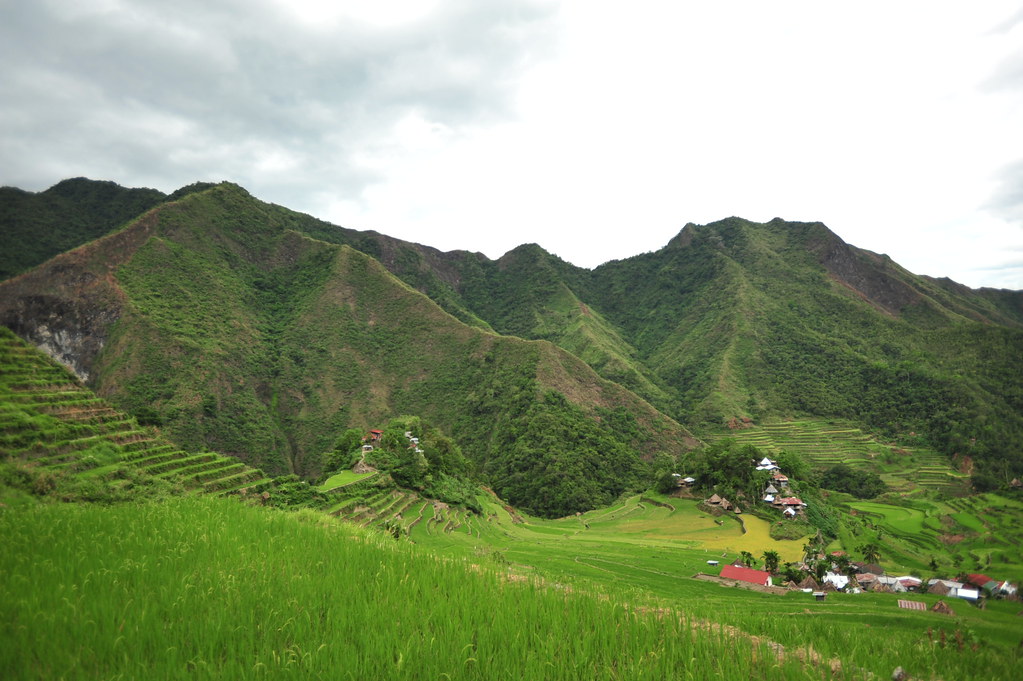 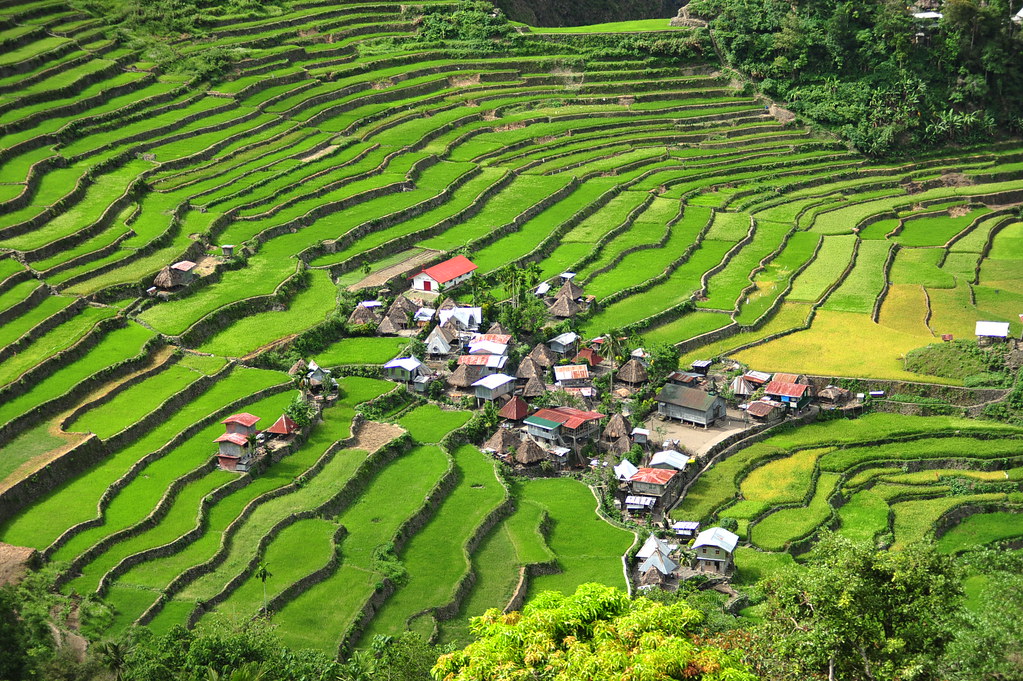 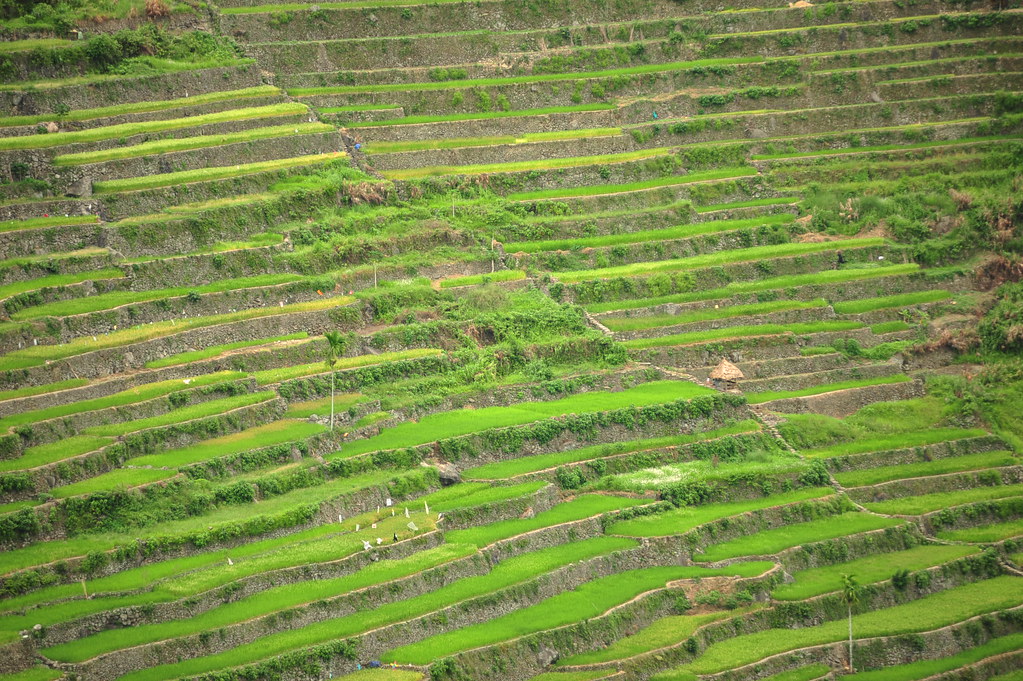 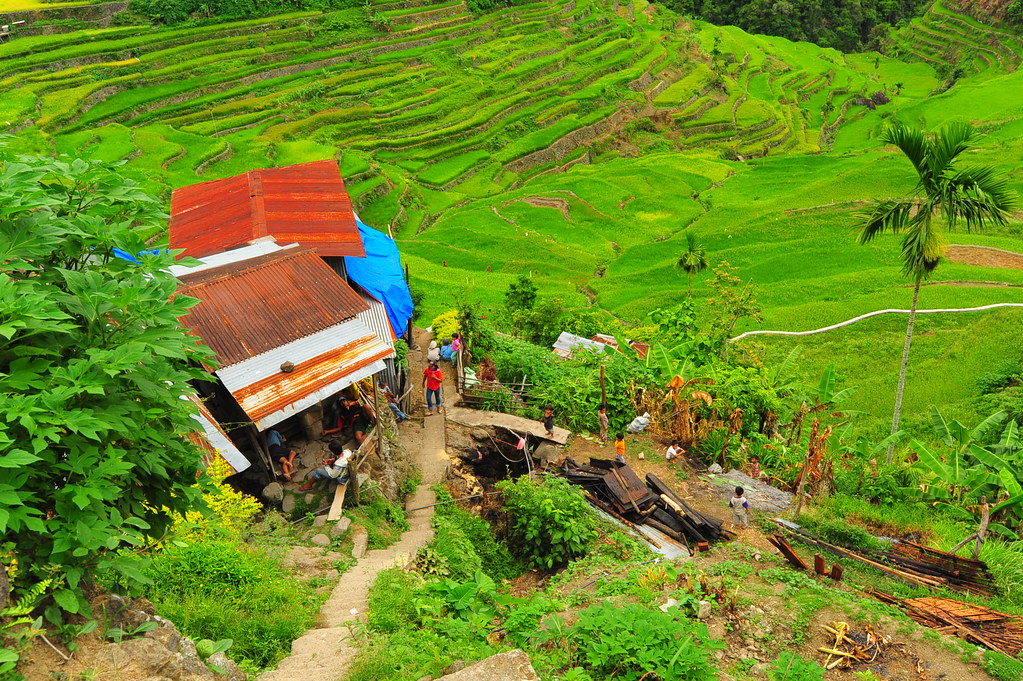 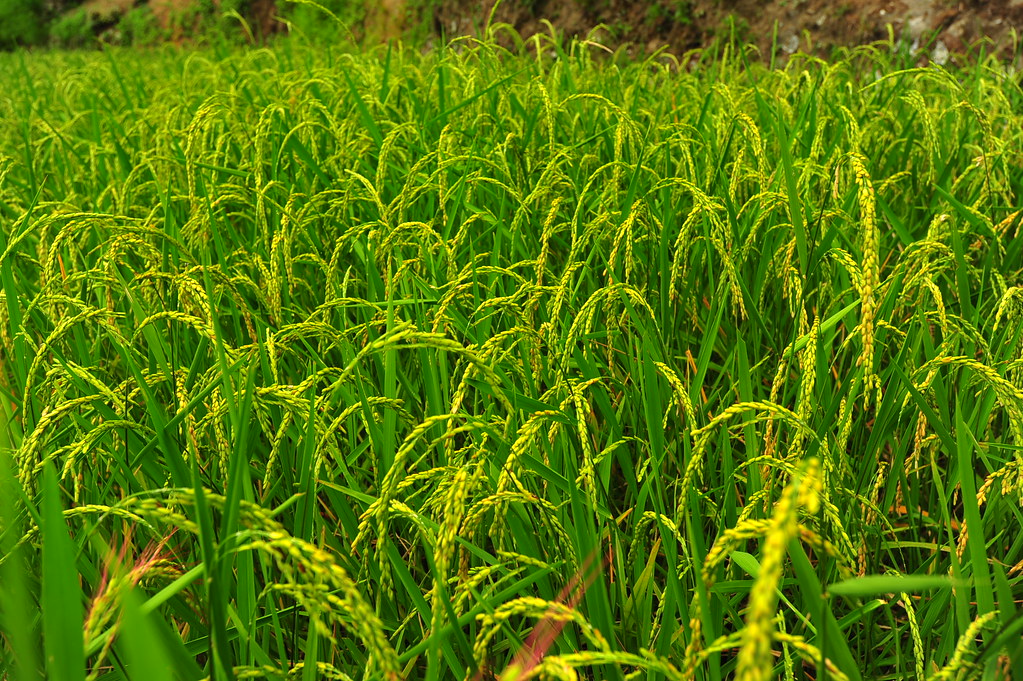 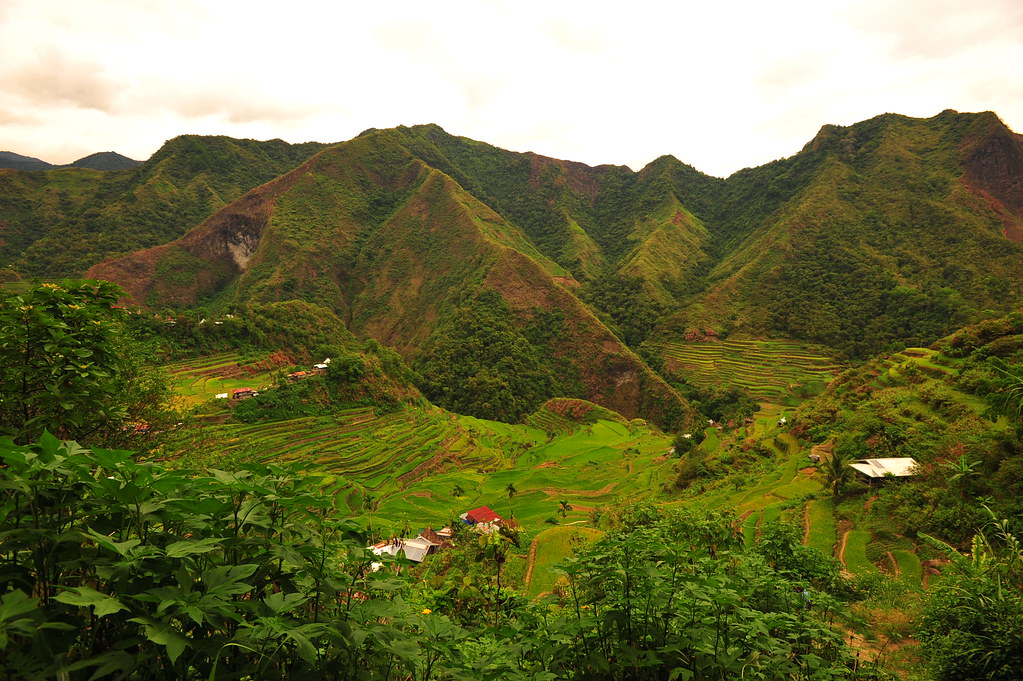