Compared to Batad, this is a relatively easy trek. Most of my pinoy friends have been here (just check out some of the recent comments), so we weren’t worried with the timing or finding a bus that would take us there. But those of you curious about this stuff should keep reading…

But before we began the day, 3 Americans first gave into their inner desires and checked out the 3rd largest mall in the world: The SM Mall of Asia.

This is not for the faint-of-heart. This is your technologically super advanced mall complete with a computerized interactive smart-directory that shows you by VIDEO how to get to a store you want. Plus it has a Hypermart, a big courtyard, more courtyards, an IMAX theater, and an Olympic size skating rink. It’s the King of Prussia on acid…and I got myself a nice northface rain jacket out of it. My only complaint is that there is no toilet paper in the bathrooms; you have to carry toilet paper with you (located at the sinks) before you enter the stalls. Thank goodness I brought a roll in my backpack…ok, that’s all you need to know. Huzzah! 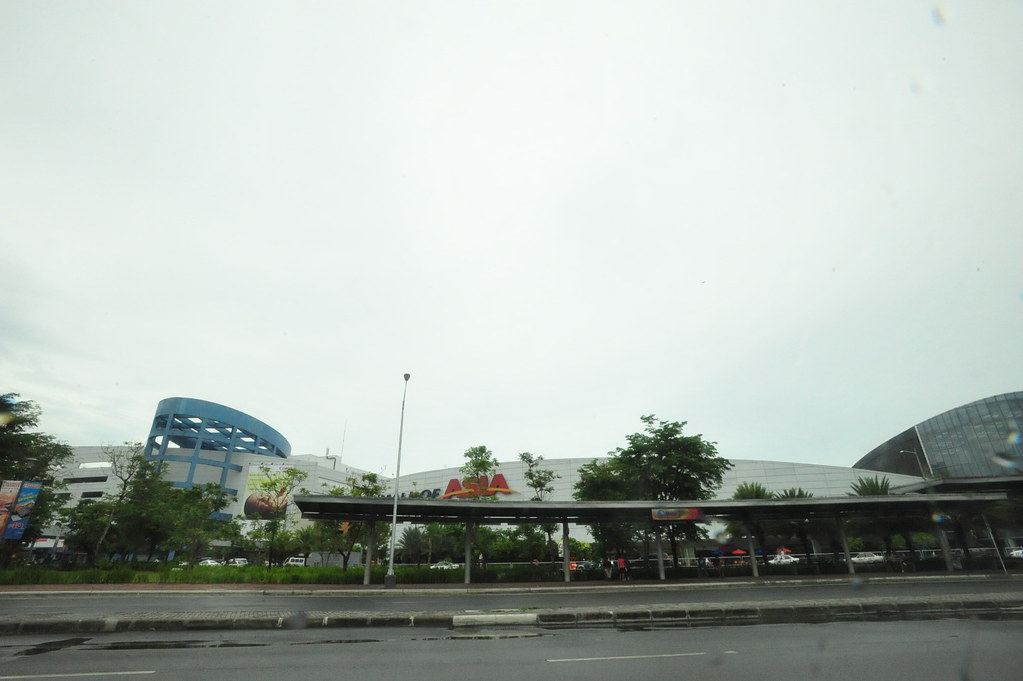 The 3rd largest mall in the world: SM Mall of Asia

After shopping, we headed to the corner of Tafts Avenue and EDSA Place where a million buses are headed in one direction and an equal number of touts are begging for your attention to board. Choose an open-air, windowless bus and you can pay only 60 pesos (about $1-2 USD) to get to Tagaytay, which is a 2 hour drive (imagine paying $1-2 USD to get to Philadelphia from NYC!!!).

Choose a windowed, cushioned, air-con bus, you’ll pay an upwards of 82-90 pesos (around $2 USD). We picked the cheaper option going there, and was treated a back to back screening of The Replacement Killers and Blood: The Last Vampire. 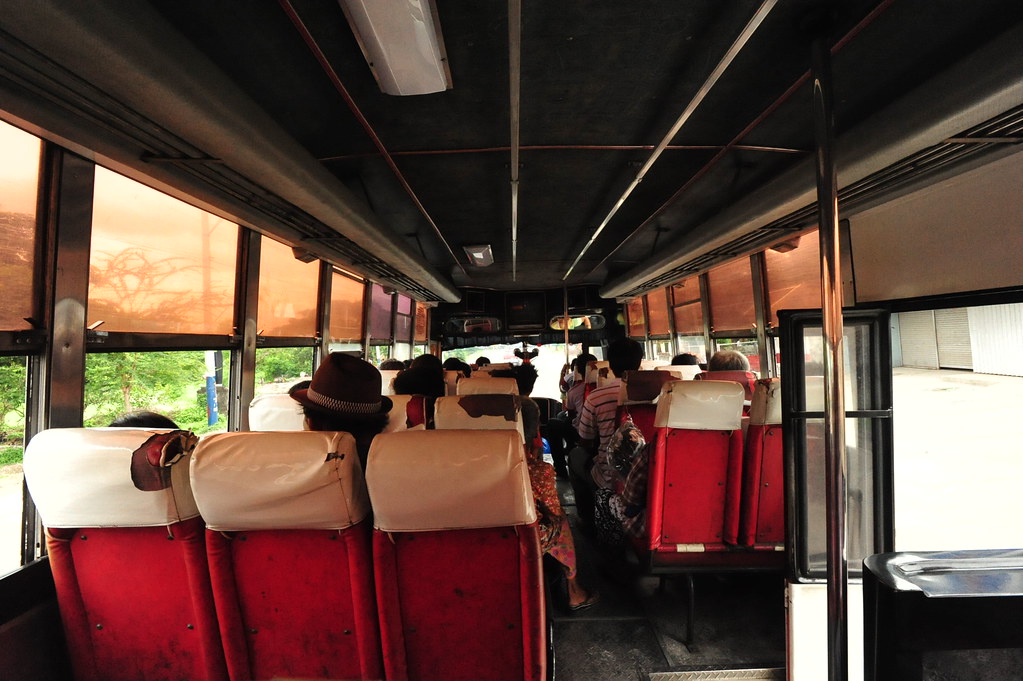 After you take a 2 hour drive to Tagaytay, get off and confront more touts wanting your business. You need a combo deal of a tricycle/jeepney to Talisay at the bottom of the mountain, then a motorboat to Taal Volcano across Taal Lake, and then the return trip.

The whole thing should cost you no more than 1000 pesos a person (around $20 USD)…which I think was on the high side. Anyways…off we went on the tricycle down the hill at like 40mph: 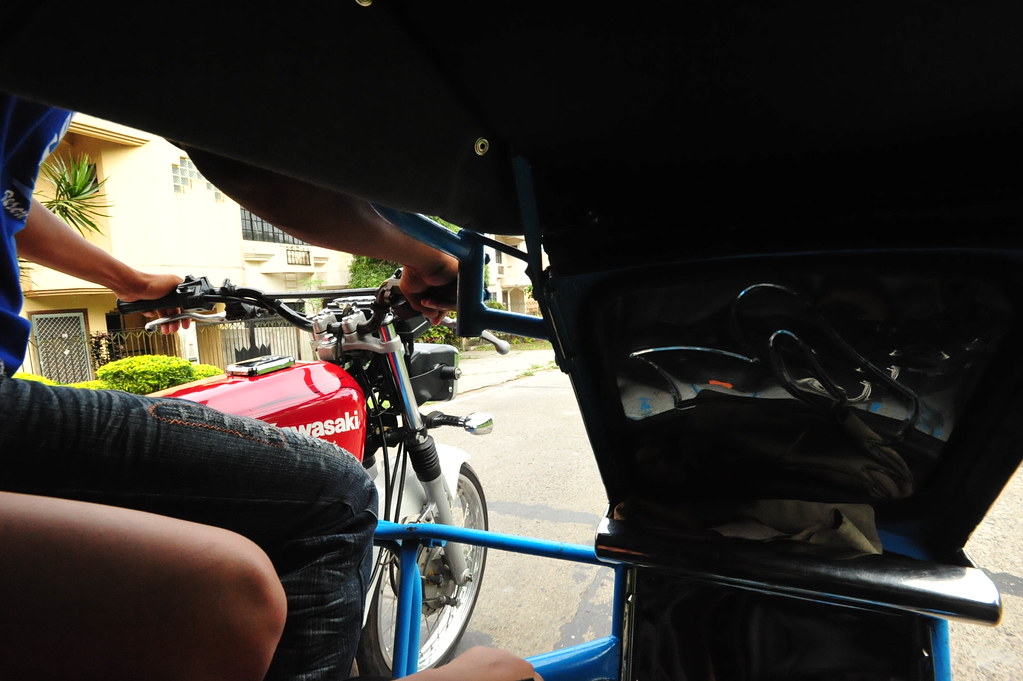 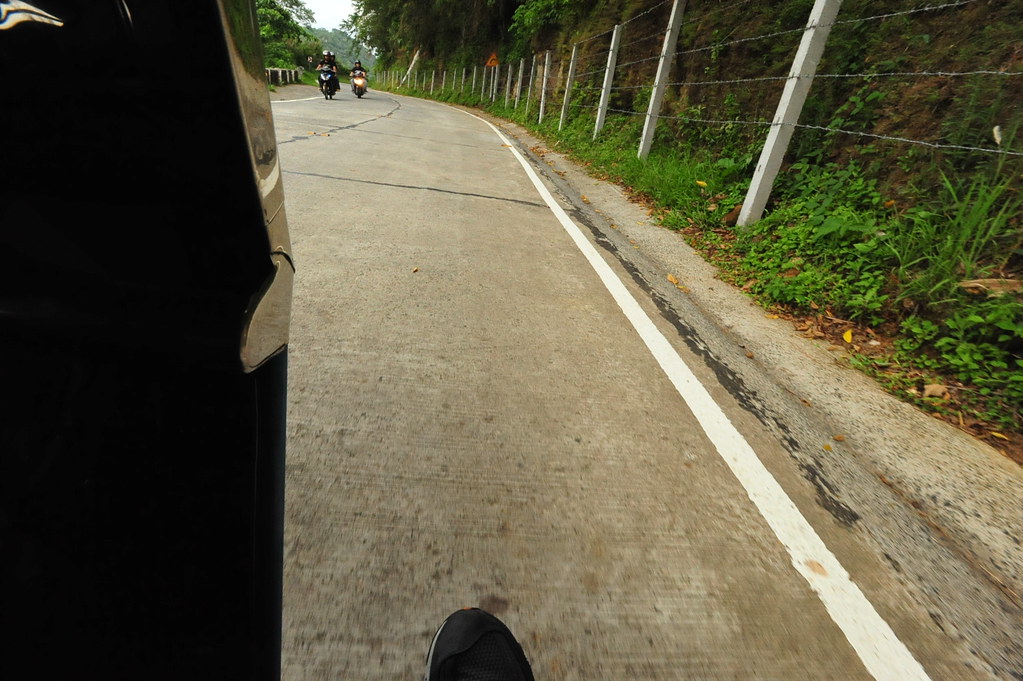 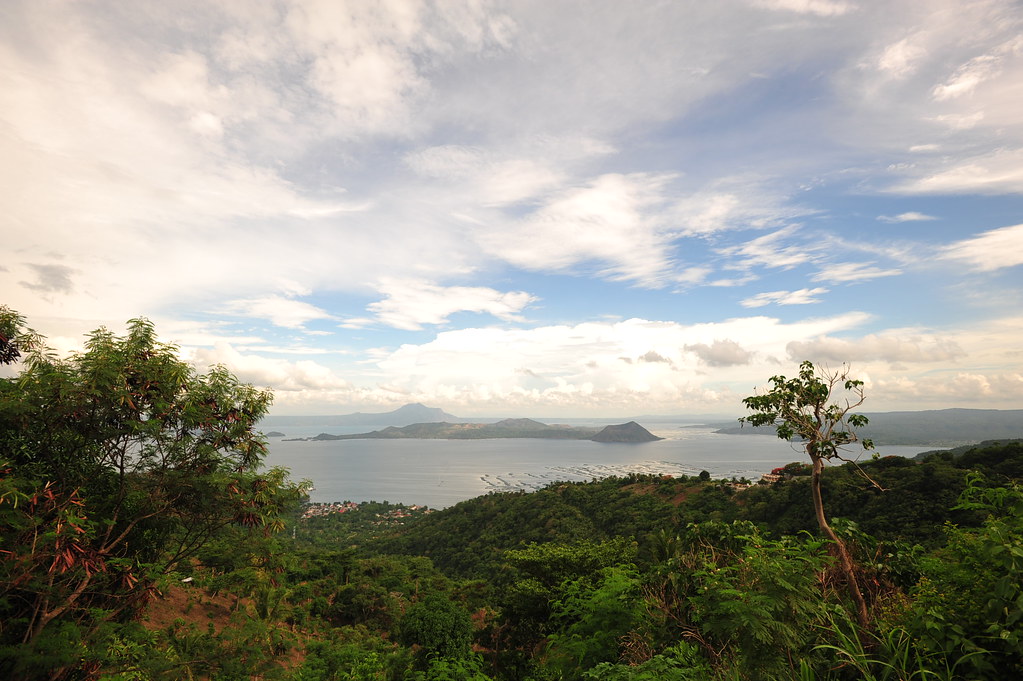 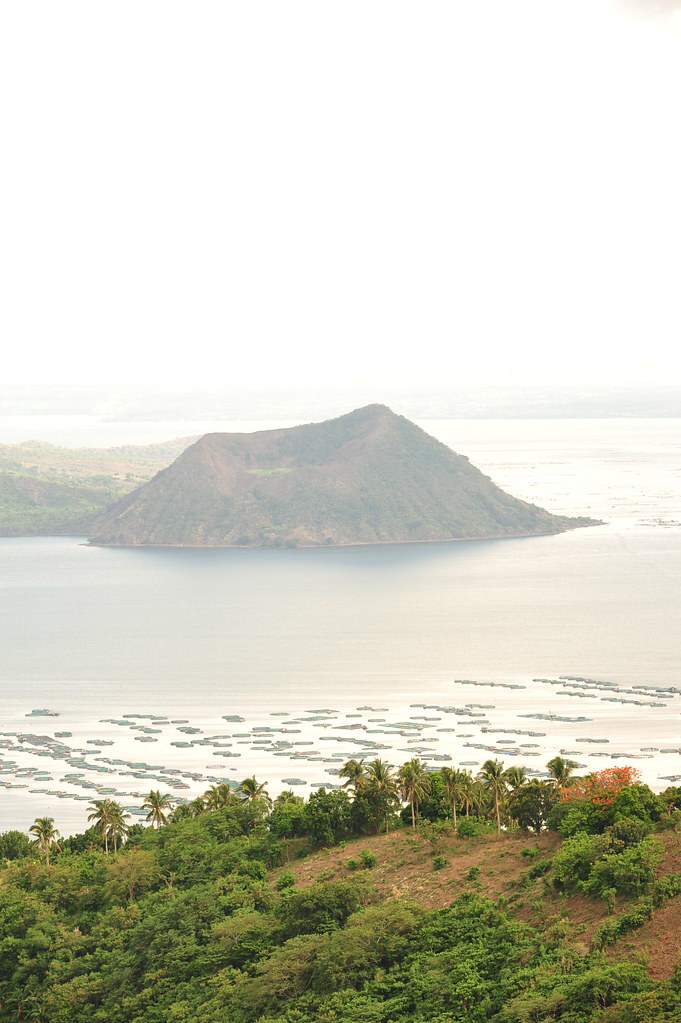 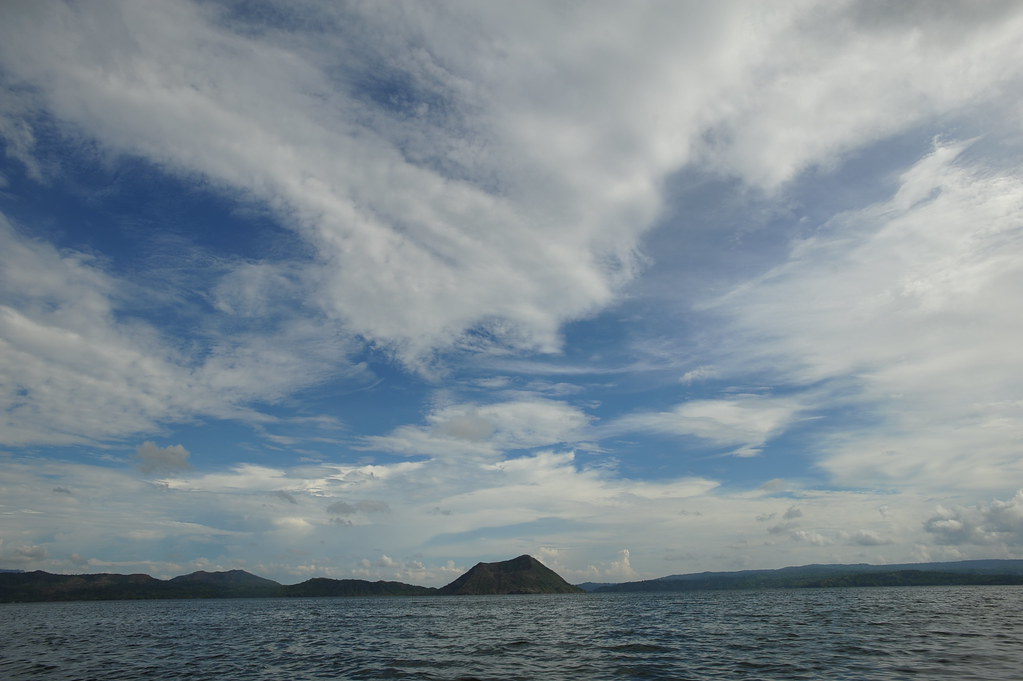 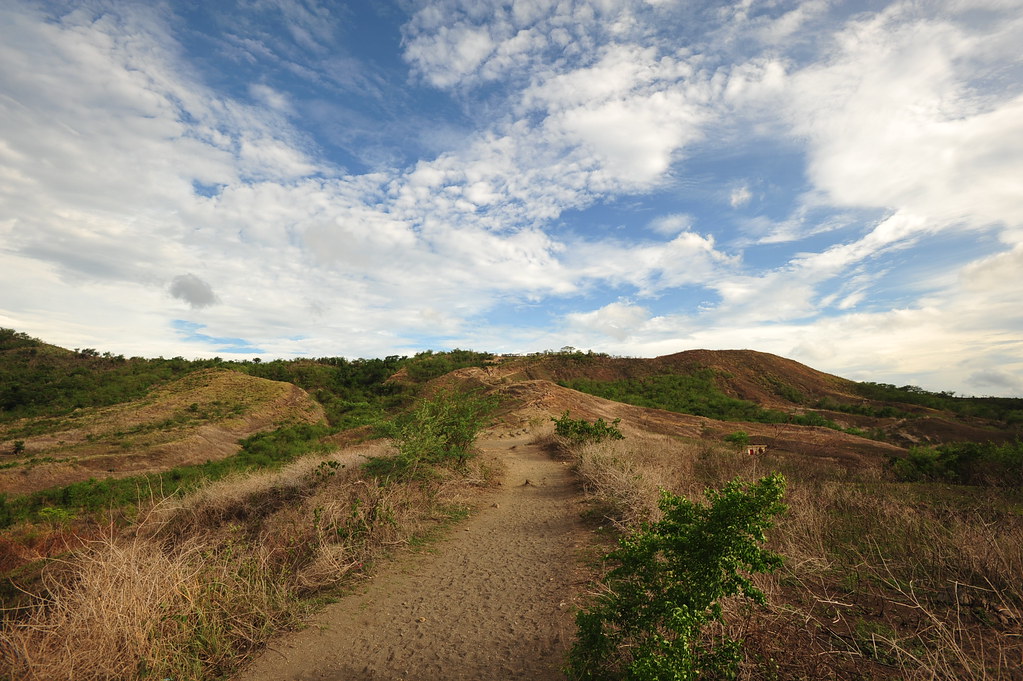 Once you hit the bottom of the hill, follow them to the motor boat. 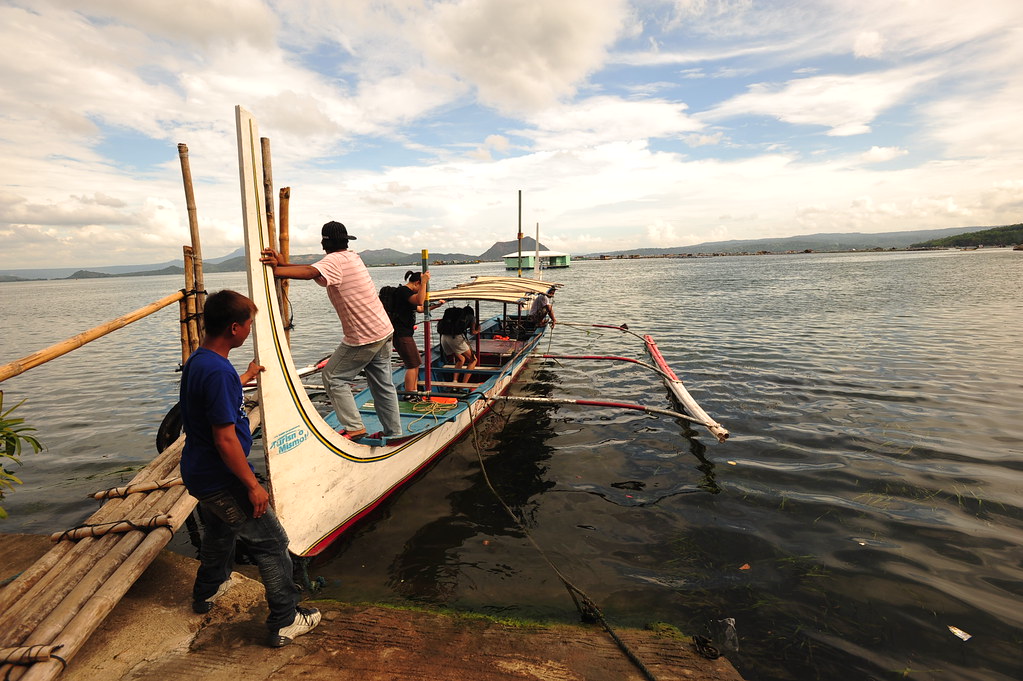 And enjoy a refreshing ride across Taal Lake: 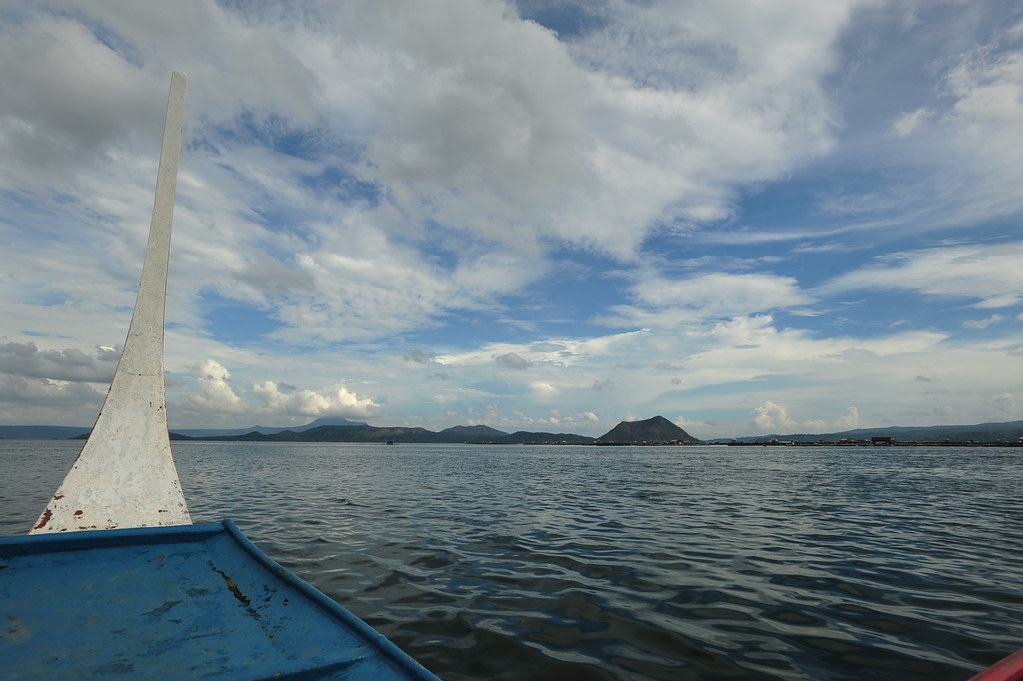 After about a 20 minute boat ride, you’ll get to the shore, where you’ll be accosted AGAIN by touts wanting to sell you their horses. If you’re in good shape and in the mood for a long 1 hour hike up a volcano, refuse despite how aggressive they push you (they’ll say things like “it’s too late, you’ll come back at night, it’s too dangerous, it’s too hot, etc.” IGNORE THEM ALL! The path ain’t so bad).

If they push harder? Just tell them you’ve been to the trail before and that they can’t fool you (they’ll say nothing but shake their heads cuz they got nothin’ else on you, foo’!) However, I love horses…and I love riding them, so…we gave in. 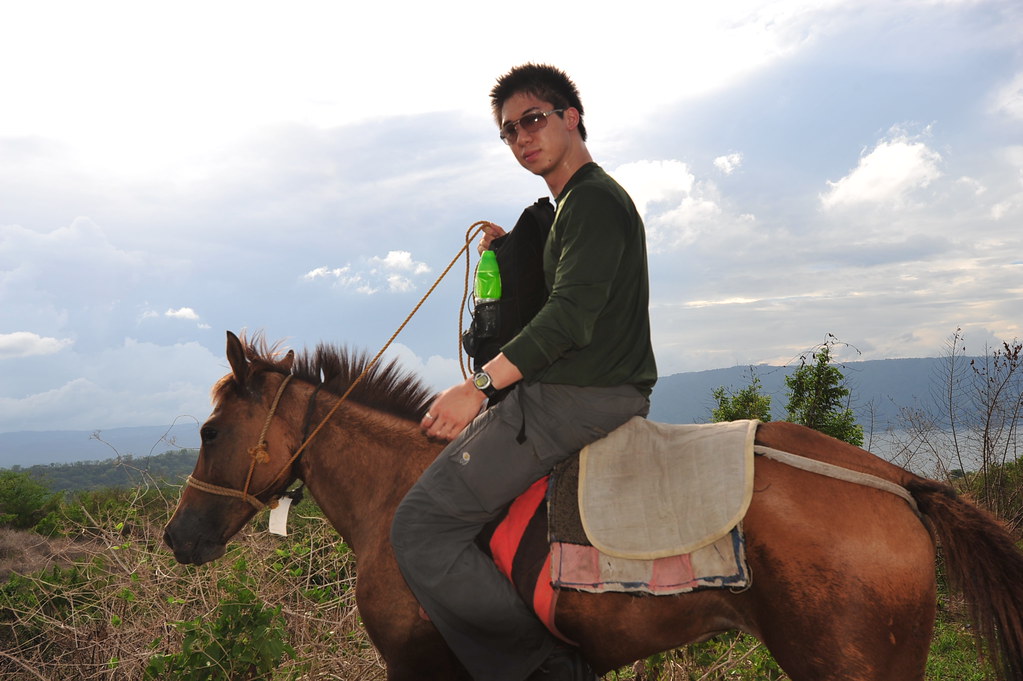 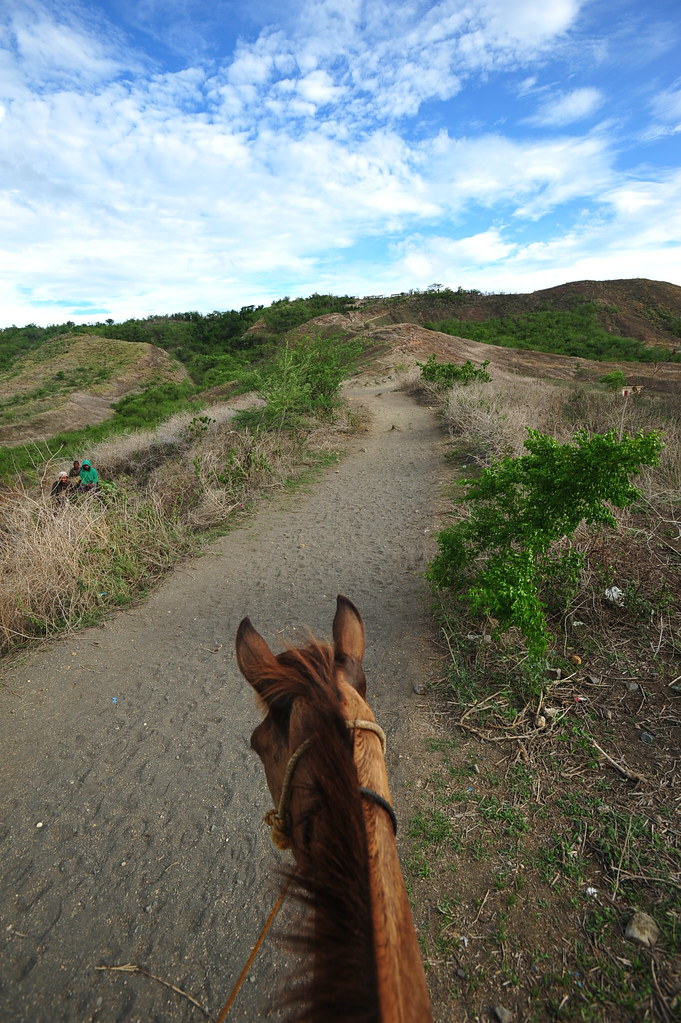 After about 20 minute horse ride up the volcano, get off your high horse and walk up a few steps where you’ll finally be able to stare into the maw of a semi-active Taal Volcano… 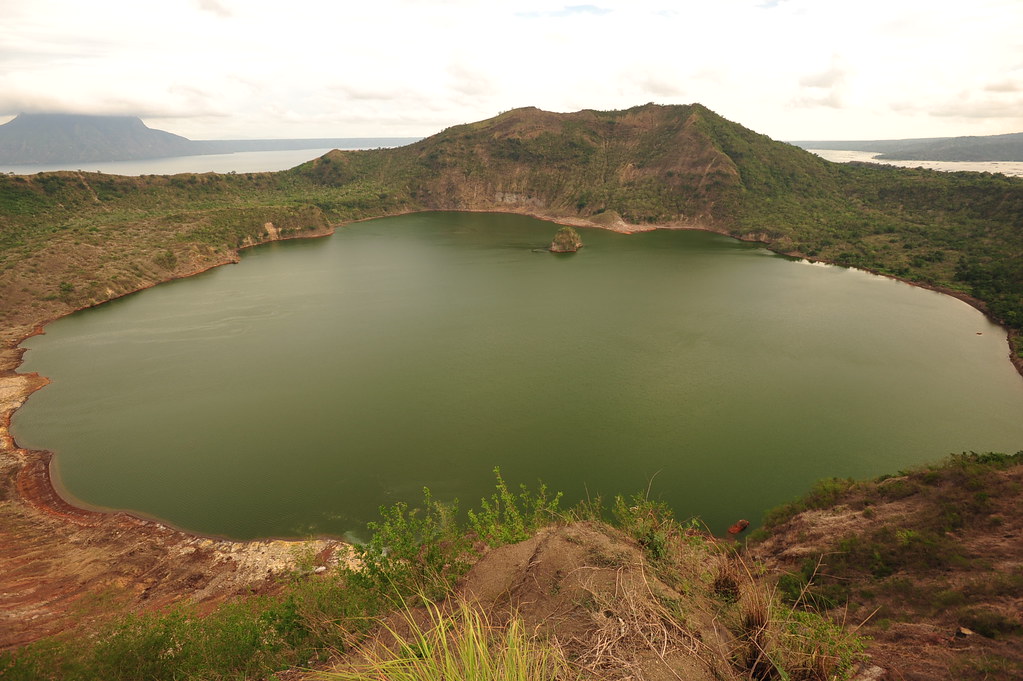 How can you tell it’s active? Just look for the geysers of steam coming out of the crater, next to some boiled sand and black rock… 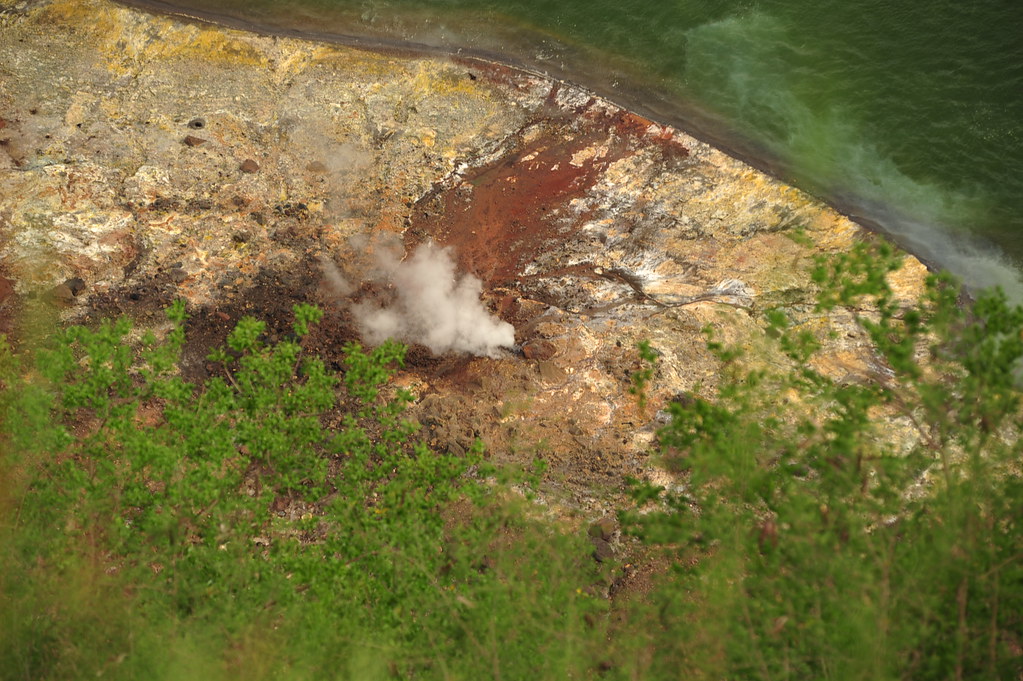 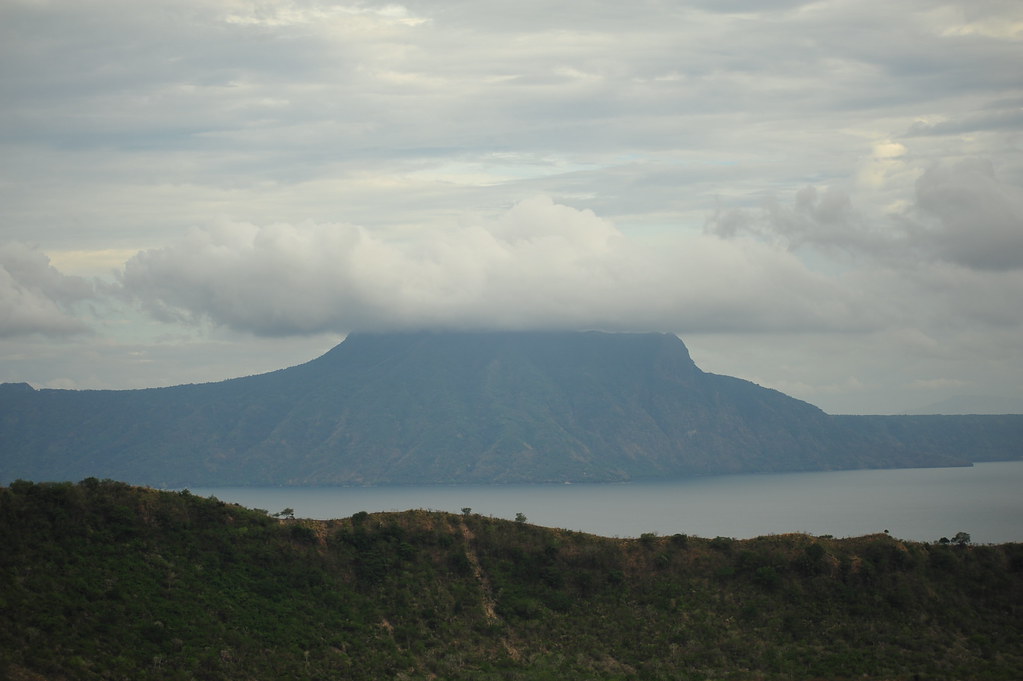 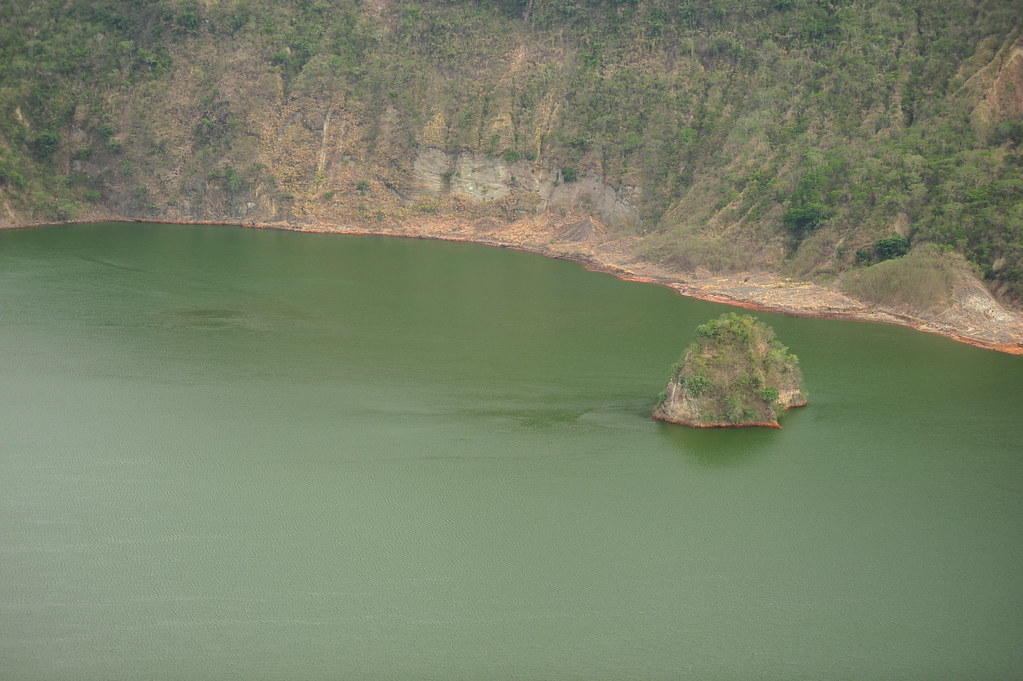 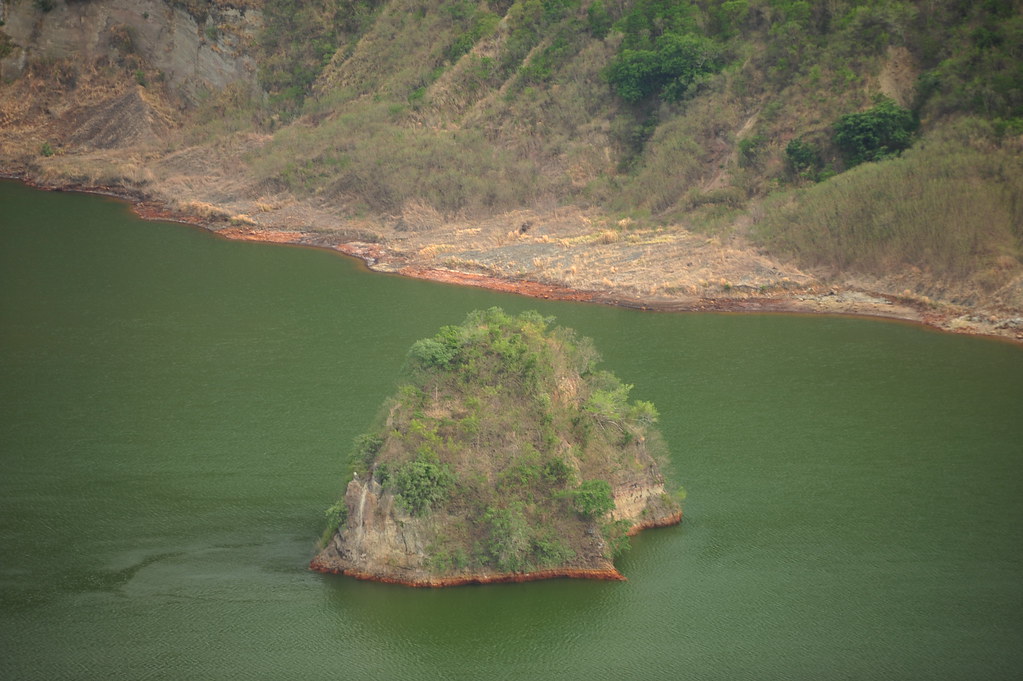 Grab some last minute souvenirs (we didn’t) by the village… 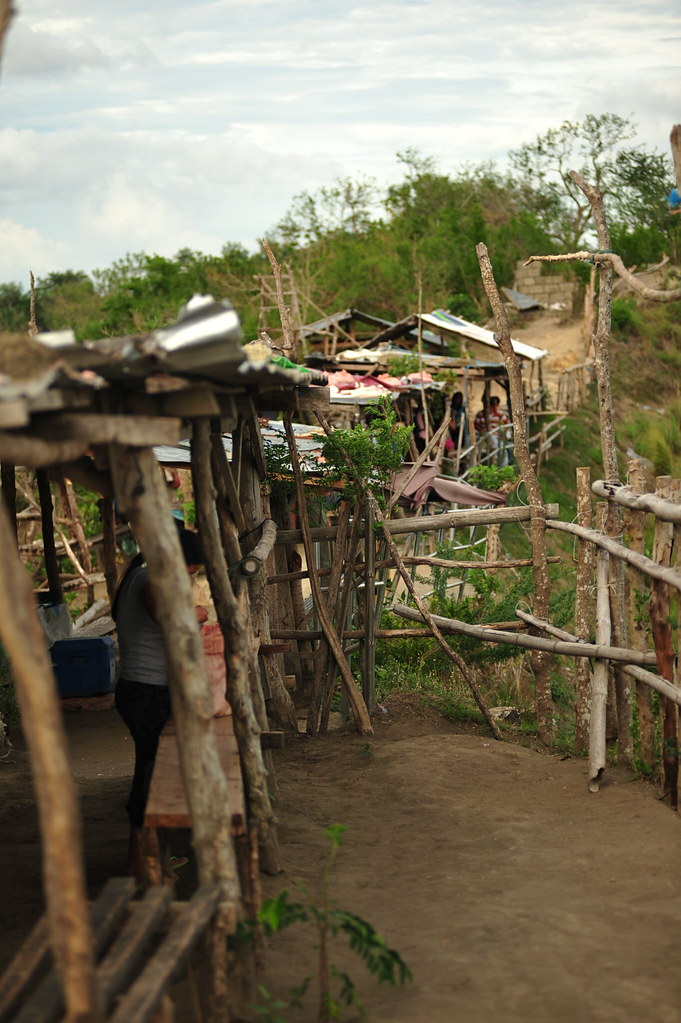 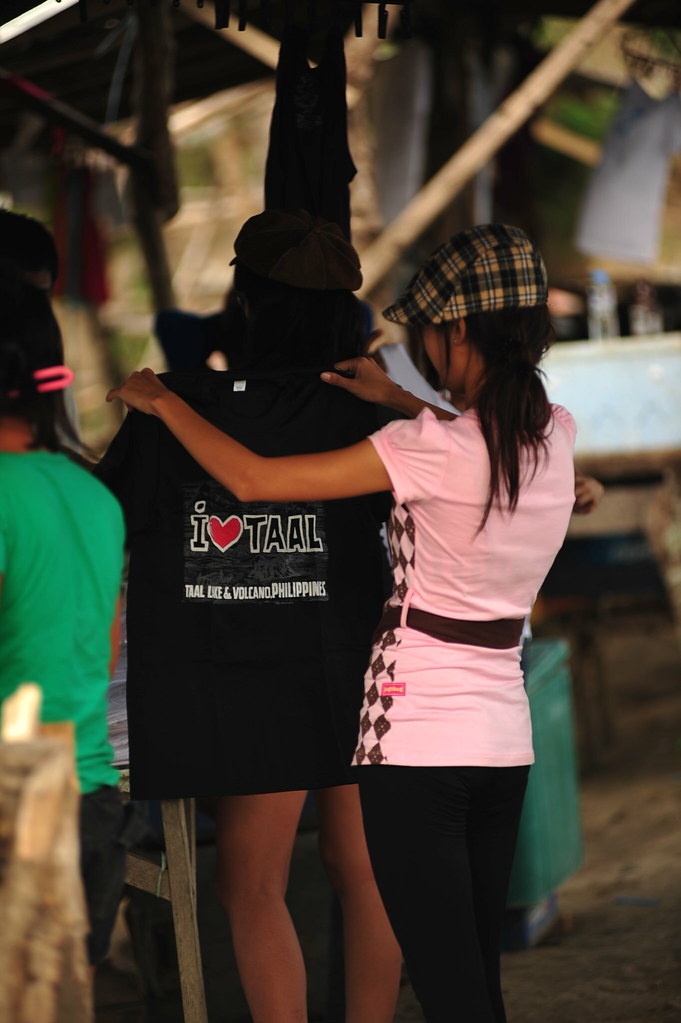 …and head back down to the boats…. 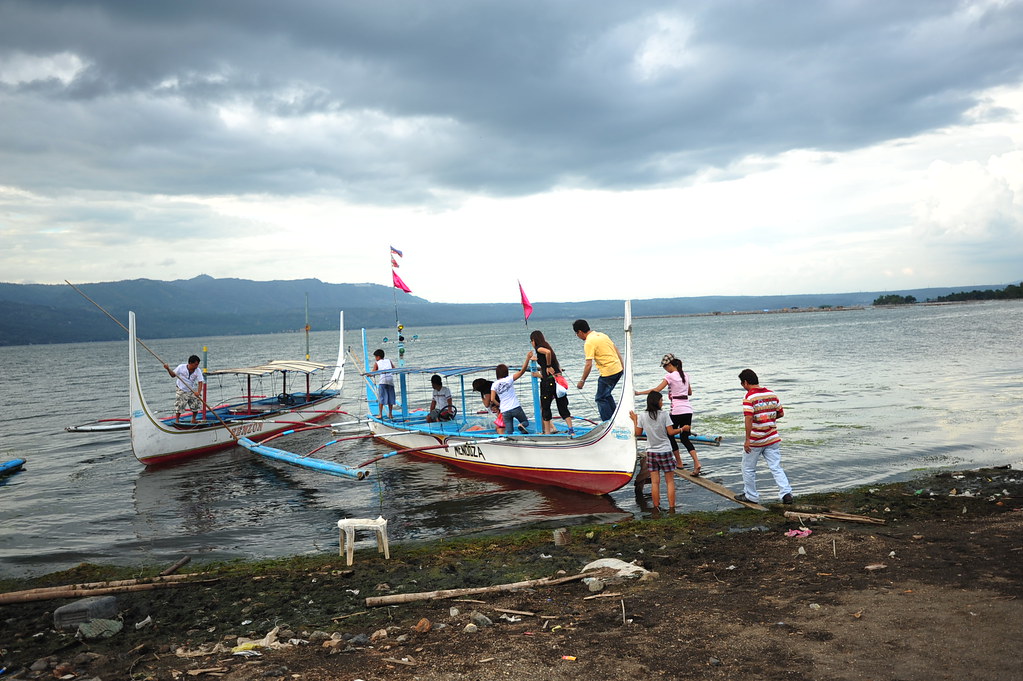 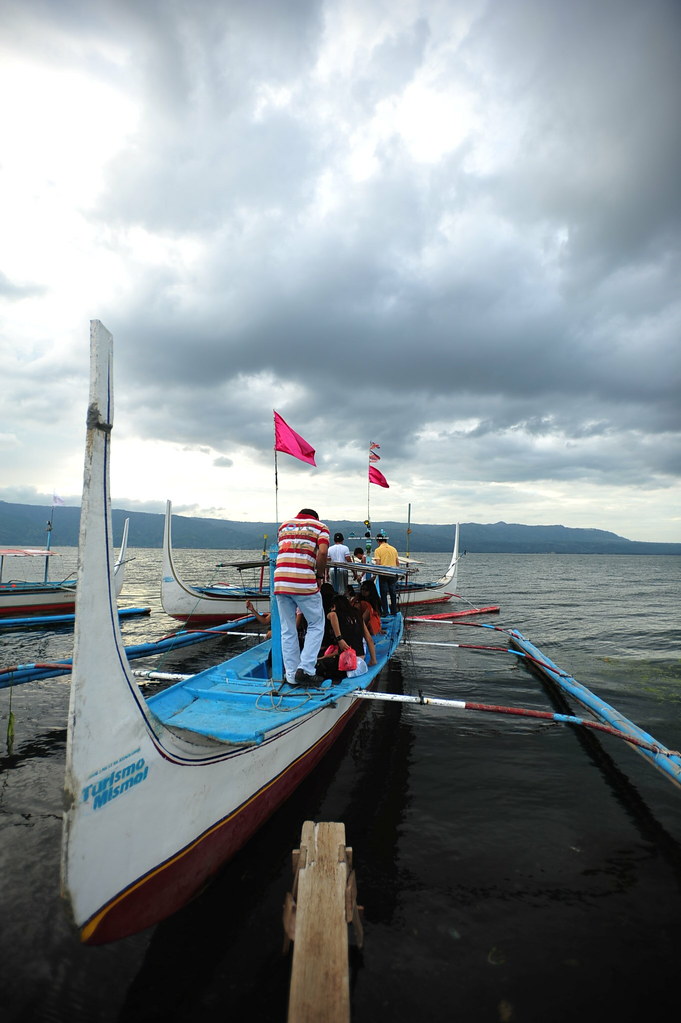 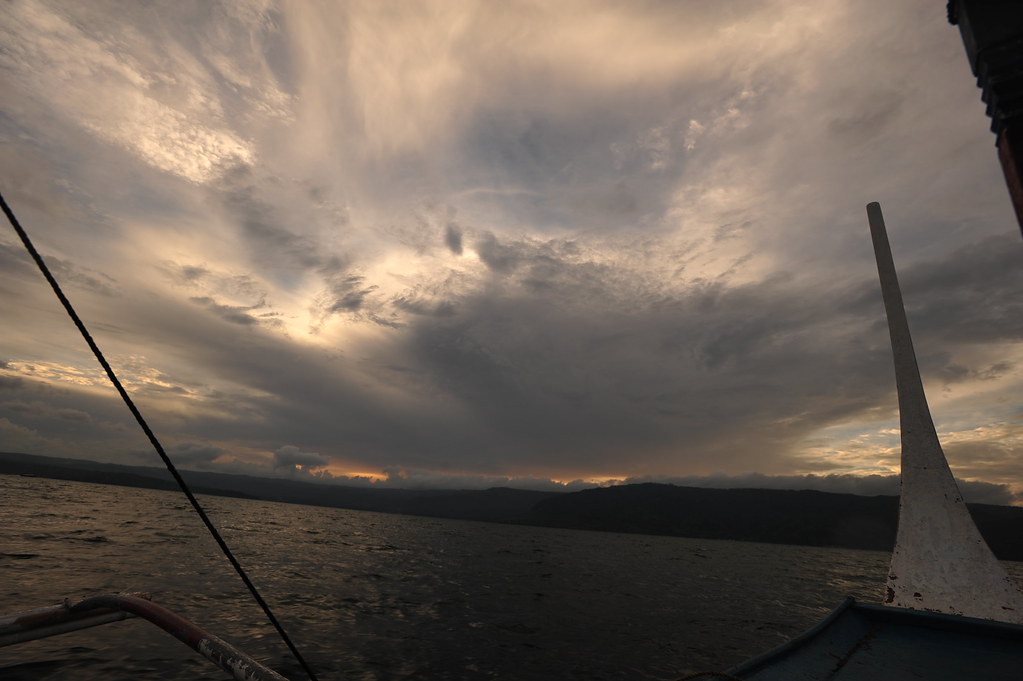 So there you have it, a step by step guide on how to get to Taal Volcano, how to see the world’s only island within a lake within an island, within a lake…I’m enjoying myself way too much. 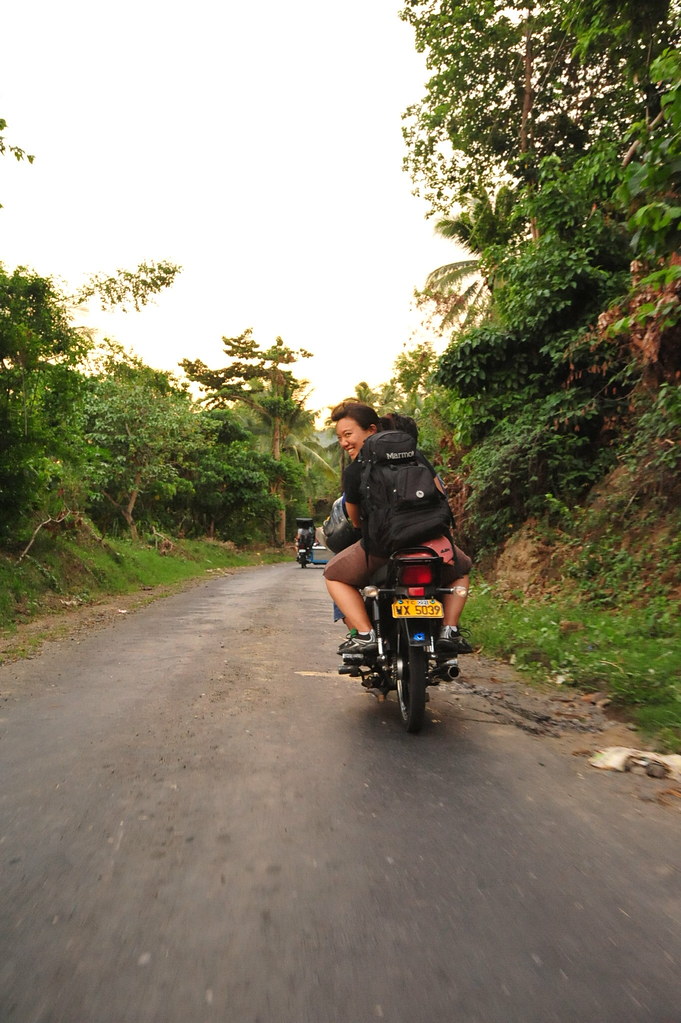 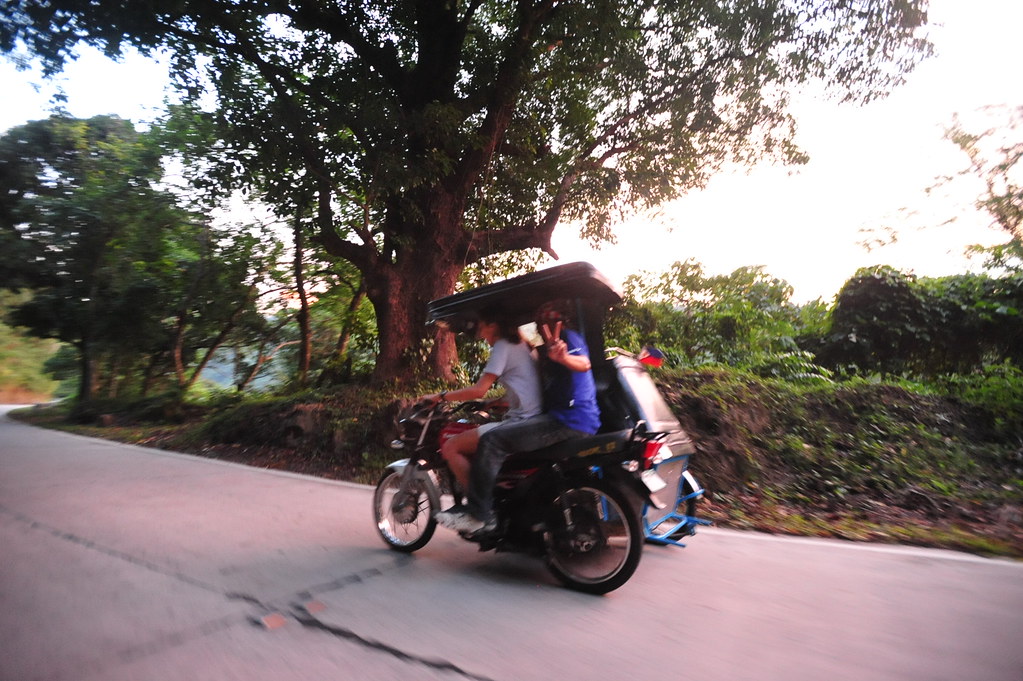