This is no ordinary capital city, this is a town. Unlike the congestion of Manila, the firecracker of Hanoi, or the liveliness of Phnom Penh, Vientiane takes its time. Unfortunately, we as Westerners don’t know how to take our time: In the mere 3 hours we’ve been here, we already managed to check into our guesthouse and see 6 out of the 8 sights planned in Vientiane: Wat Si Saket, Presidential Palace, Haw Pha Kaew, Tala Sao, Patuxai, and Pha That Luang. That’s a new Monsoon Diary record. We’ve also seen by far more tourists than locals.

There’s an arch called Patuxai in the city centre: The Laos took concrete donated by the French meant for an airport, and used it instead for an Arc de Triomphe replica…hence its nickname: “The Vertical Runway.” 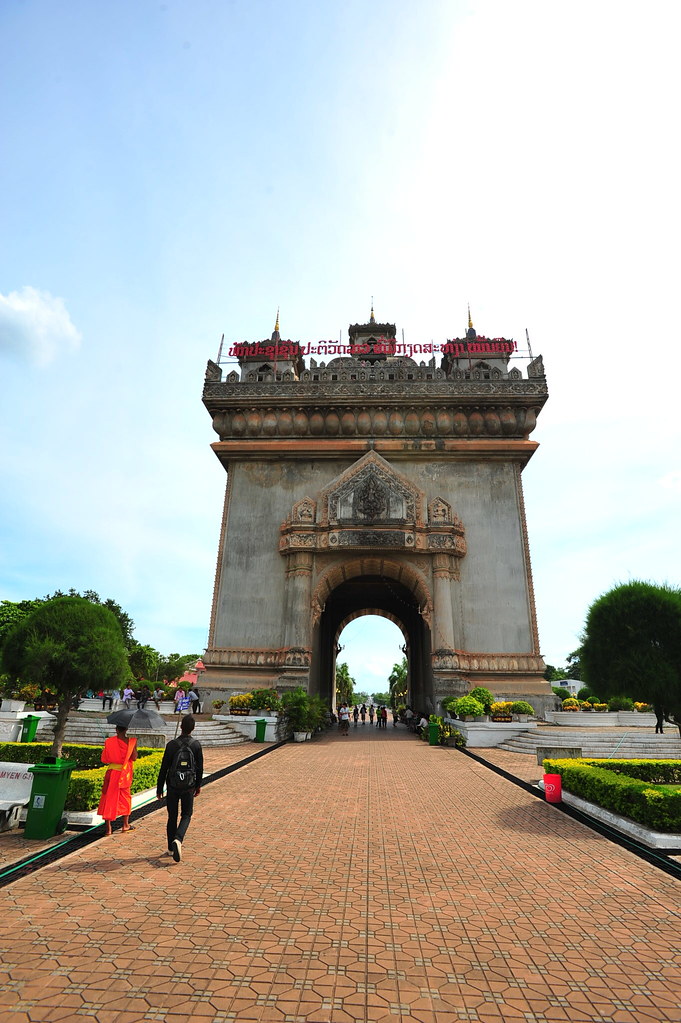 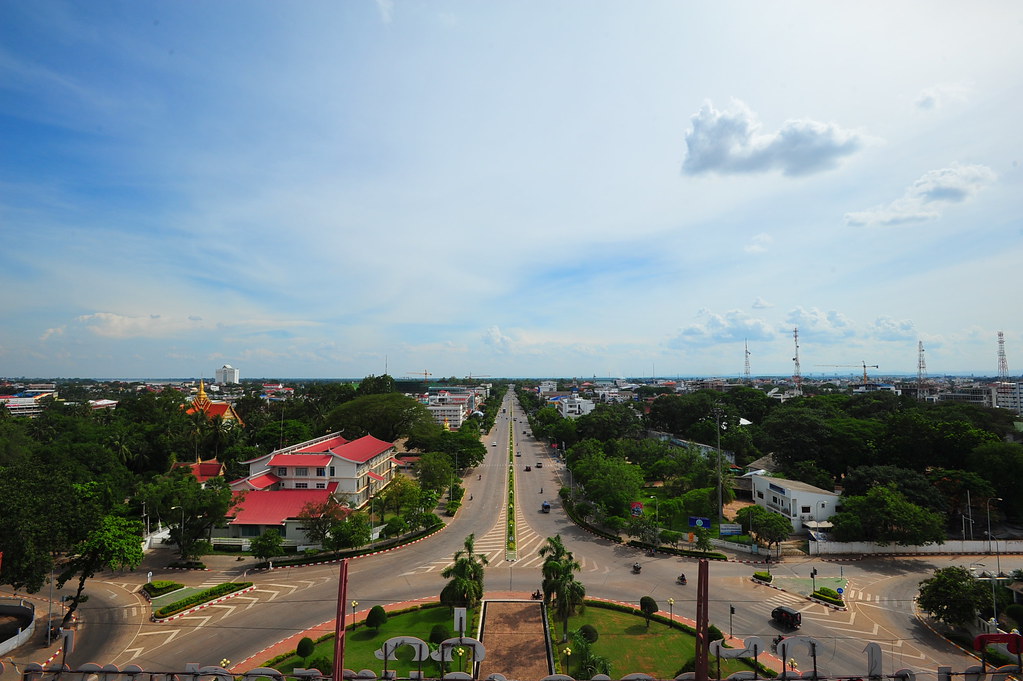 Vientiane: more of a town than what you’d expect from an “urban” capital city. 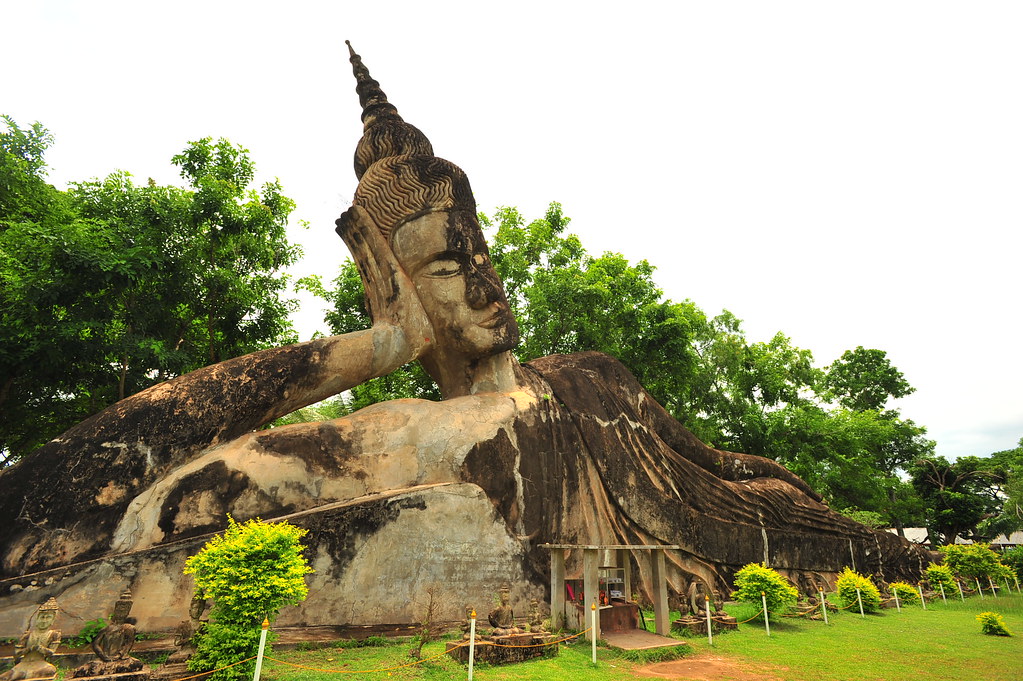 The symbol and holiest structure in Laos: 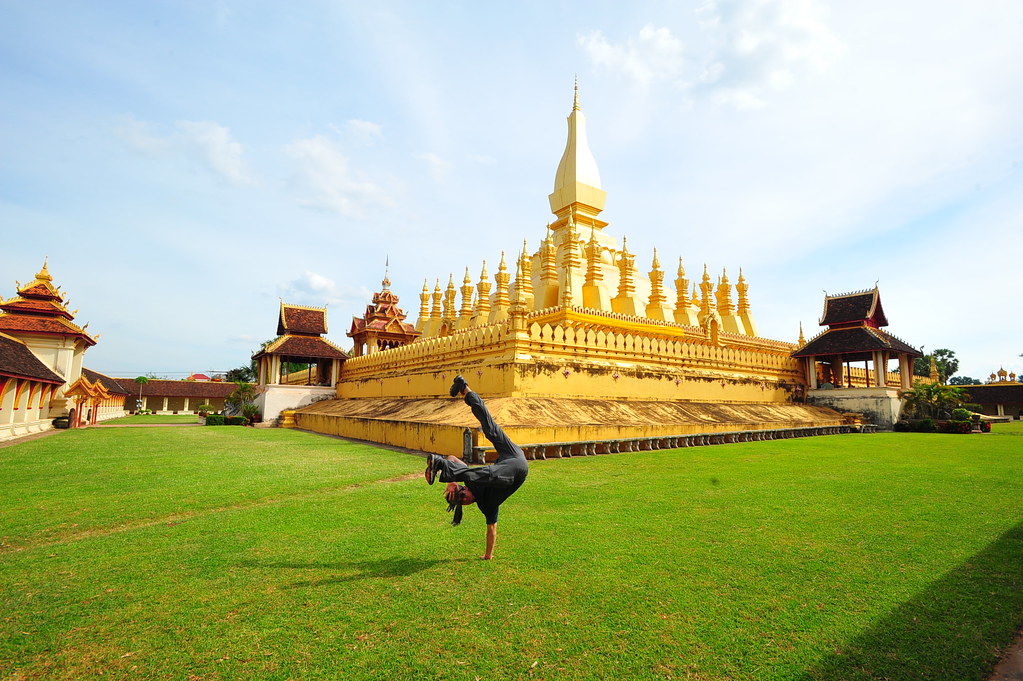 Maybe it’s because we’re here on a Sunday, but everything here is calm…and everything moves very slowly. The play on the Laos PDR (People’s Democratic Republic) is Laos Please Don’t Rush. That’s very obvious the moment you arrive into town. Even the internet is slow (explaining why you’re not going to get any pictures here).

To answer some concerns I’m getting via email, fbook, blog comments, I’m still feeling a little nauseous and dizzy; the beating sun doesn’t help. I’ll try to drink as much water as possible by tomorrow.