“Sir, have you ever visited Israel?”

I know this routine. I’ve heard about it ever since I started traveling.

The rule is that if you ever been to Israel and show evidence of it with a stamp in your passport, you’re assumed to believe that Israel is a legitimate state. And given recent wars and checkered history, many of Israel’s neighbors recognize Israel as anything but legitimate. Thus having an Israeli stamp in your passport is as if you’ve declared that you want to start off from the wrong foot with countries like Jordan, Lebanon or Syria. And if you’re of Arab descent you’d be jailed for the indiscretion.

Having never been to Israel, I was allowed in (although after a lengthy close reading of my passport). But to fancy the idea of not knowing this, having never kept up with current events, and to be turned away at the gate/deported simply because of a single stamp in your passport  — even long after buying your ticket — is jarring. When I bought my tickets I didn’t recall anything that warned me about prior travel to Israel and the possibility of not being able to enter.

That said, I also have many friends who are Israeli, and now I’m in a country that denies them recognition of their identity.

But all in all I’ve made it to Beirut. For years I’ve dreamed of being here, and now I get to see if it was worth every bit of those dreams.

UPDATE: There isn’t much to see in Beirut and most of the “sights” are concentrated in the Downtown area: you can do a loop around all of them (Al Omari Mosque, Roman Baths, Gran Serail, Cardo Maximus, St George’s Cathedral, and the Mohammed al-Amin Mosque) by foot in just under 2 hours and call it a day.

Afterwards, head out and enjoy the nightlife; We went to Pearl nightclub to dance. Nothing special. Afterwards we did what the locals do after clubbing: heading to the after-after party at B-018, a former bomb shelter-turned-nightclub. It’s known for its mechanical roof that opens up at around 4AM so clubgoers can watch the sunrise while dancing (literally) ’til dawn. Suffice to say this was quite a memorable moment. 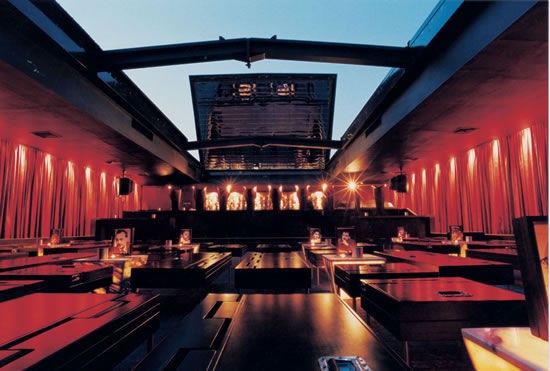 Moreover, in the course of one evening I think we met over 10 people and future facebook friends who all loved the fact we were Asian American. Beirut is a really friendly city; even the bouncers apologize profusely when they tell you that their club is booked for a private party, let alone offer to buy you a water bottle if you’re feeling thirsty (what?!).

EDIT: After taking into account Ranya’s comment to this entry a few hours ago, I wanted to specify that I did not mean to take one side over the other. I totally understand that there are two sides to everything and that what Ranya had to go through at Israel’s passport control as an Arab American was utterly deplorable. It is truly unfortunate that the region is undergoing such a conflict where travelers are subject to the whim of governments. Thanks Ranya; your comment made me think a lot.