“The Most Beautiful Drive In The World”

I guess not everything is that peachy in the region at the moment. At least Pakistan isn’t blaming India.

Before I write about Kashmir’s Ladakh region, I have to pull the same stunt when I wrote about Varanasi and use the same video that I did then to show you what inspired me to come here in the first place. The scene where Benjamin Button/Brad Pitt rides a motorcycle along the ridge of a hill was filmed in Ladakh (0:39-043). 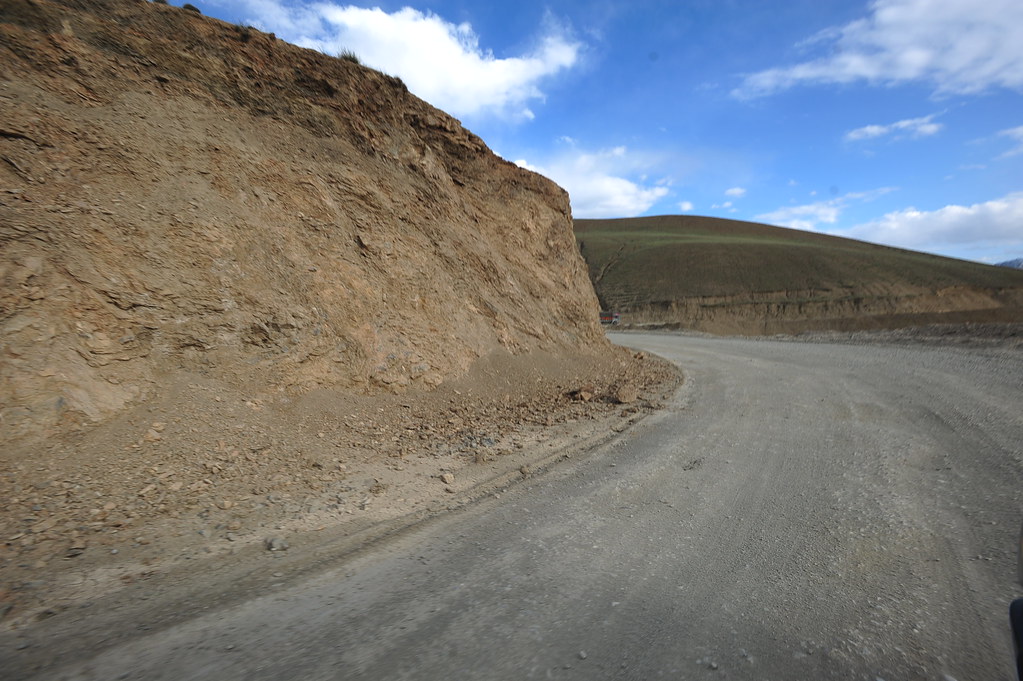 Yes, the regions of Jammu & Kashmir used to be described by Bill Clinton as “one of the most dangerous places in the world” back in 1998. The two countries had just became nuclear (weapons-wise, obviously), and were threatening to launch their ballistic missiles across the Line of Control (the U.N. demarcated line between India and Pakistan). Despite U.N.-mediated ceasefires, violence continued until September 2008, although tensions are still palpable. Nevertheless, you can’t help but feel that all this background context still portrays an inaccurate picture of the instinctive feeling of peace and tranquility you get when you see it for yourself.

Yesterday we took a 17 hour jeep ride from Srinagar to Leh (1,600 rupees), driving along the line of control, saying hi to Pakistan, and passing by some remnants of old (some recently defused, some still active) minefields and bombed out battlefields from violent clashes 10 years ago. I’ll tell you, a former (or still active, depending how you want to see it) war zone has never been so pretty. 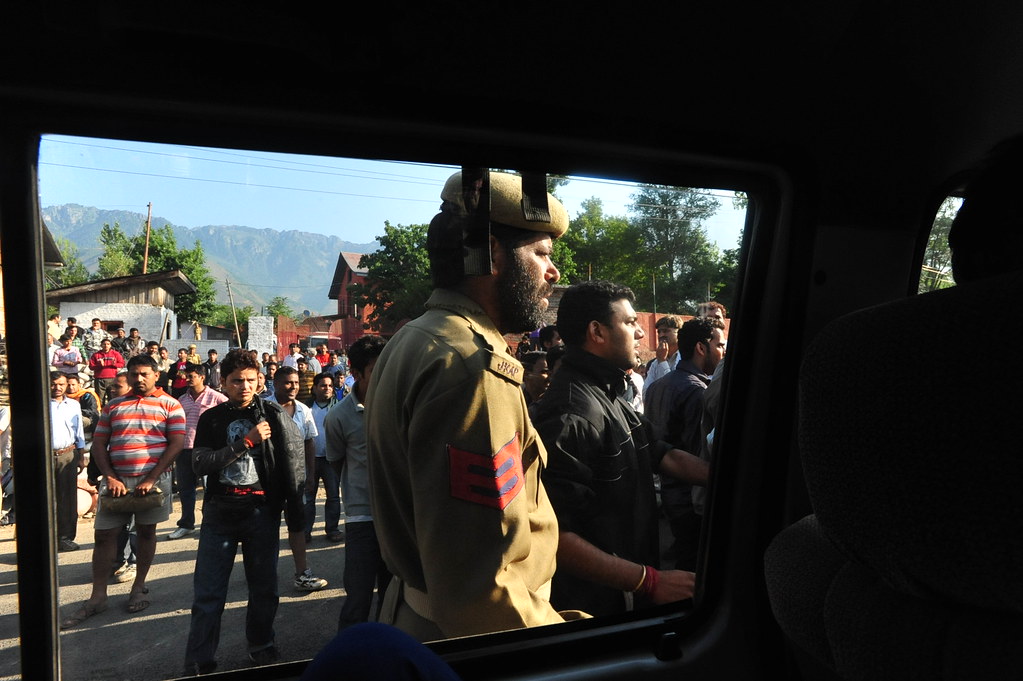 A small little riot at an early checkpoint before hitting the road to Leh. 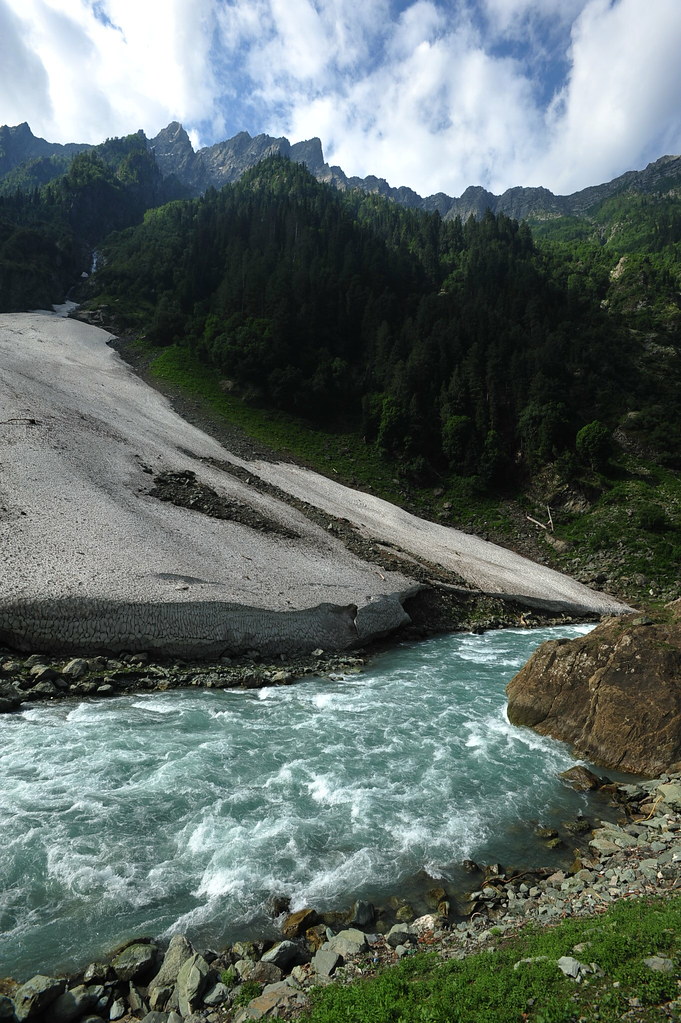 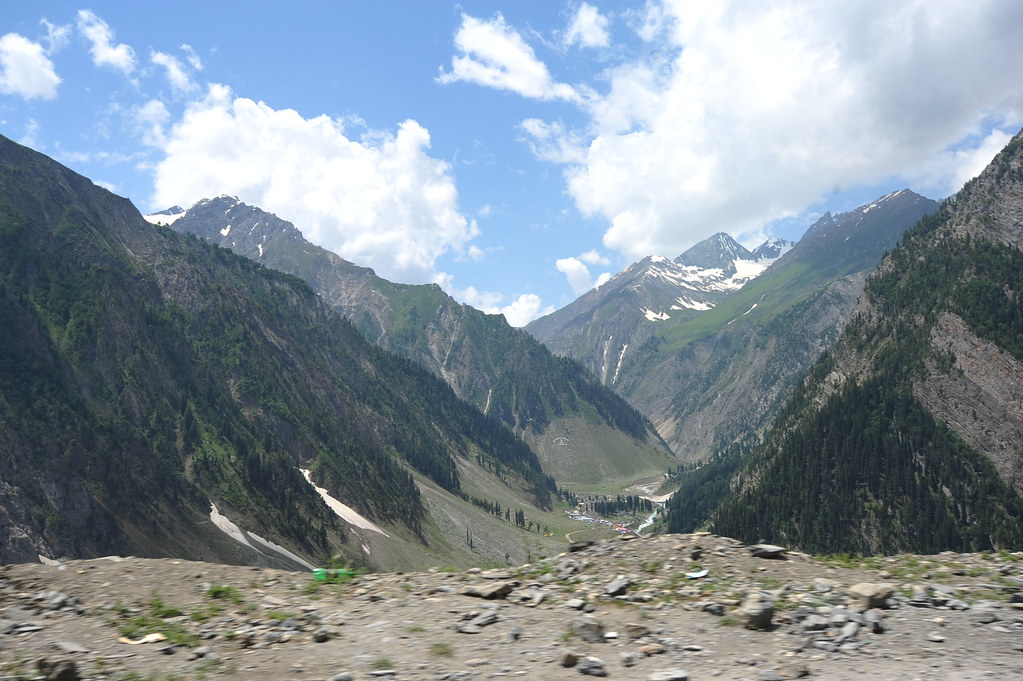 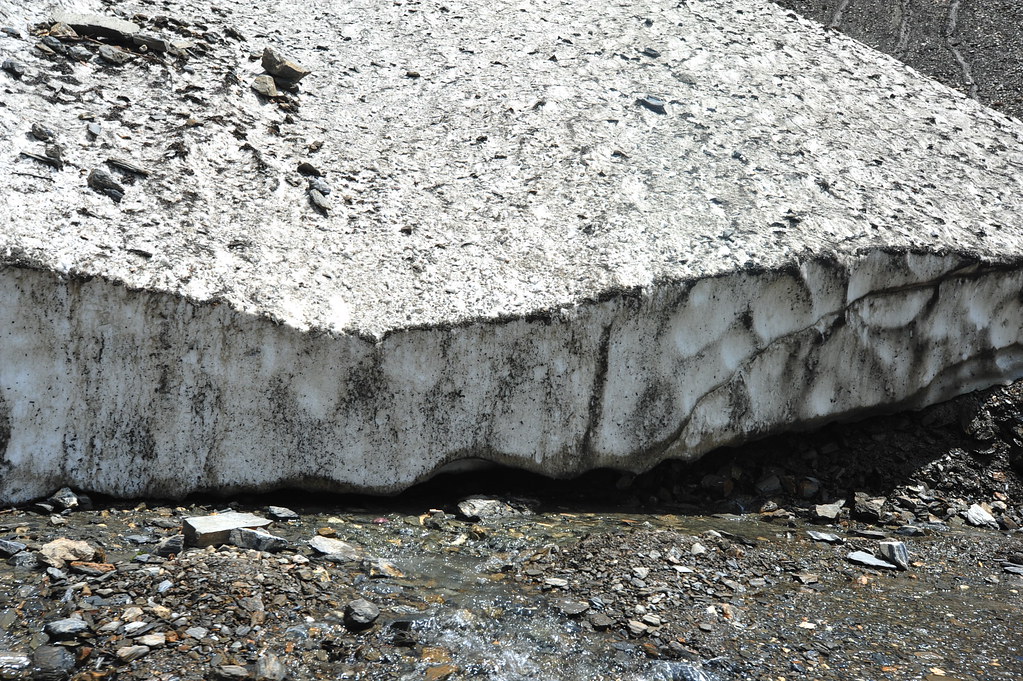 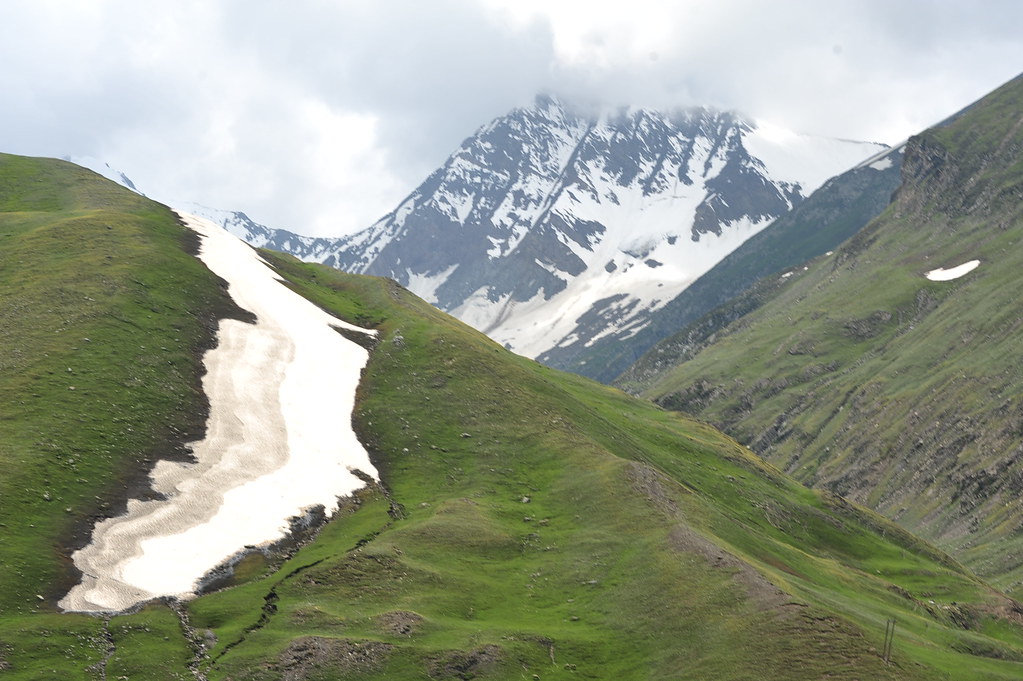 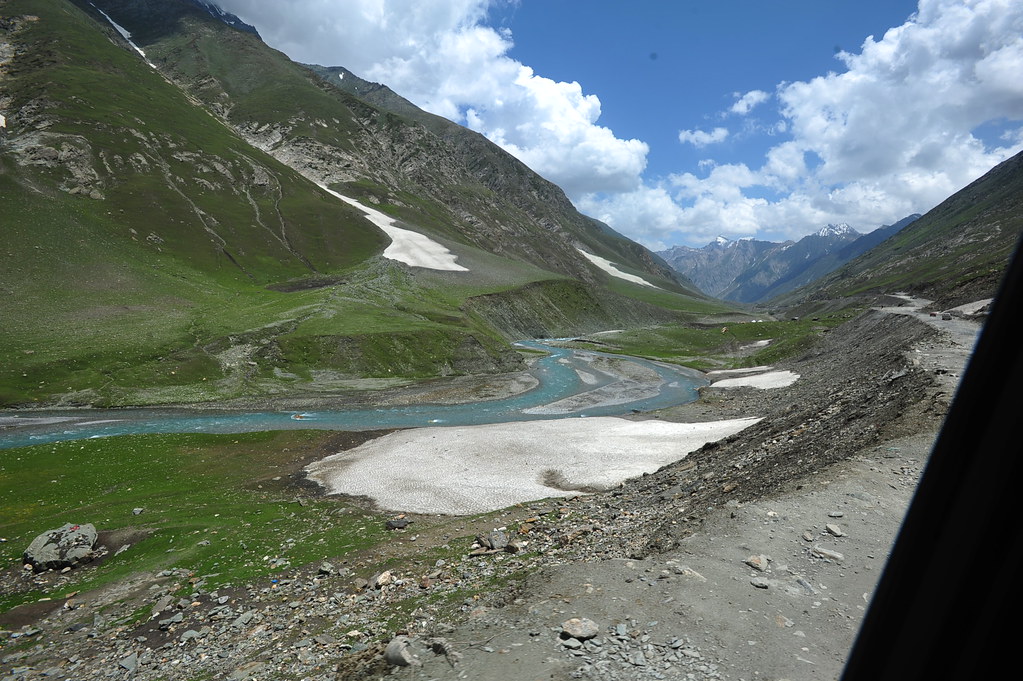 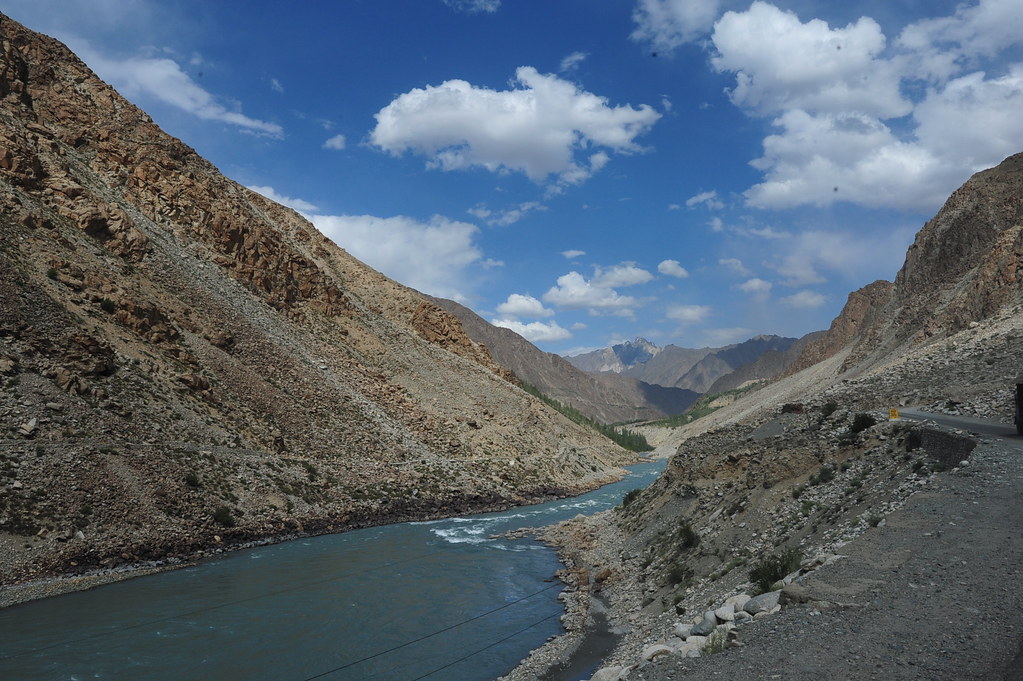 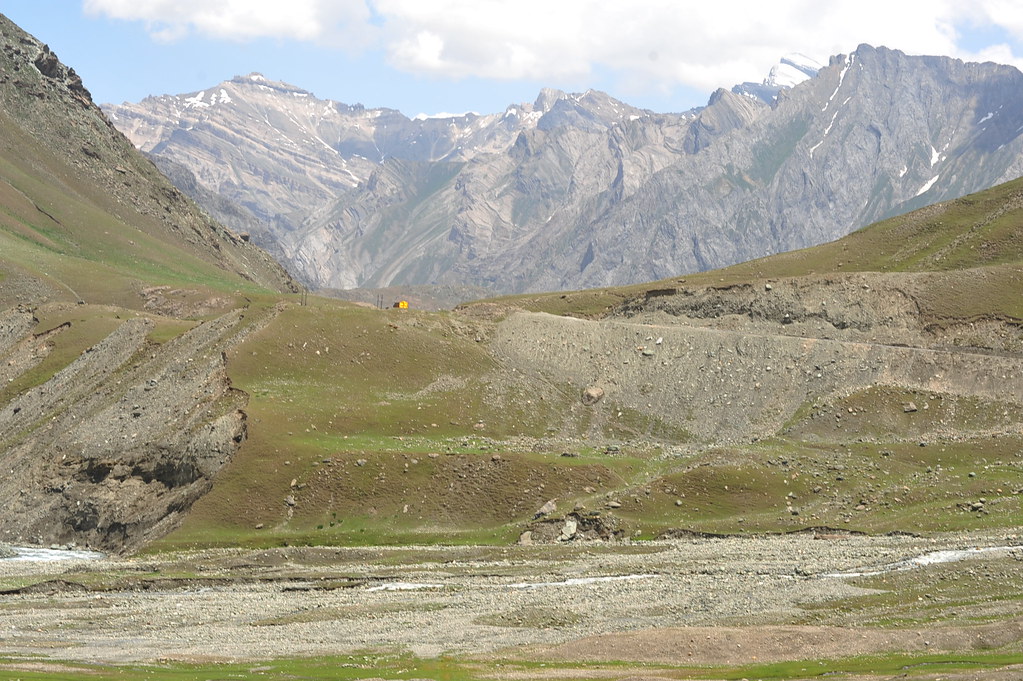 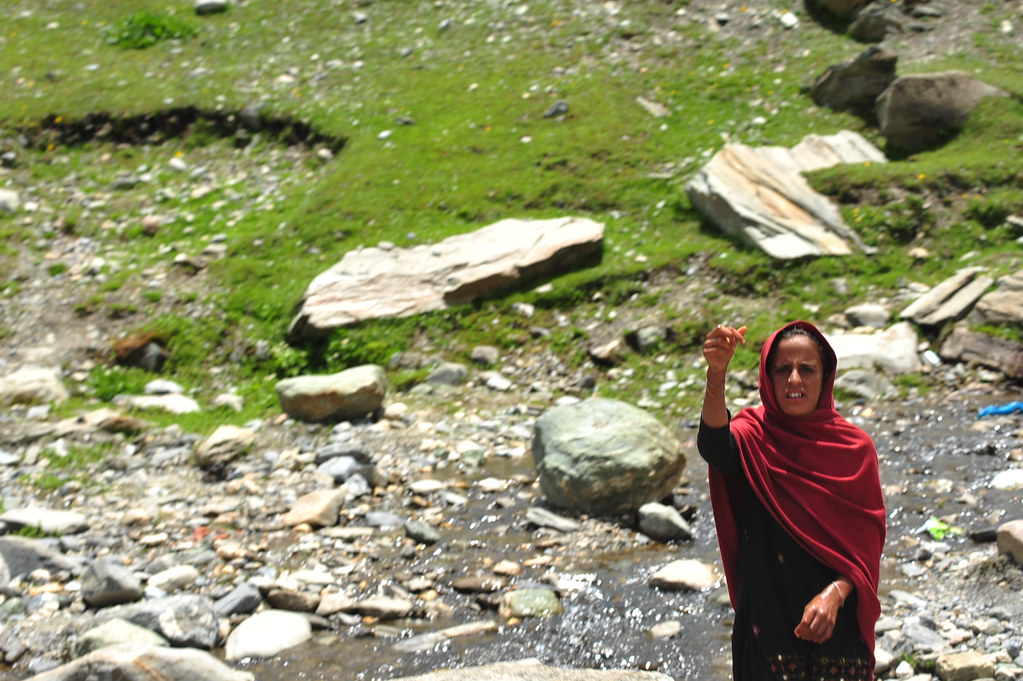 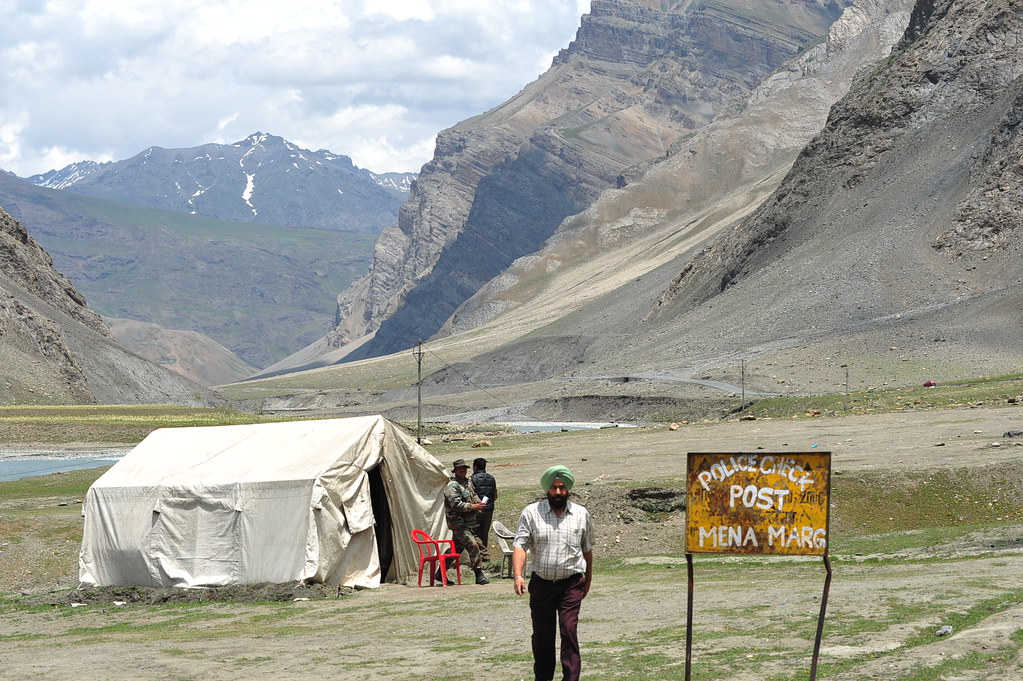 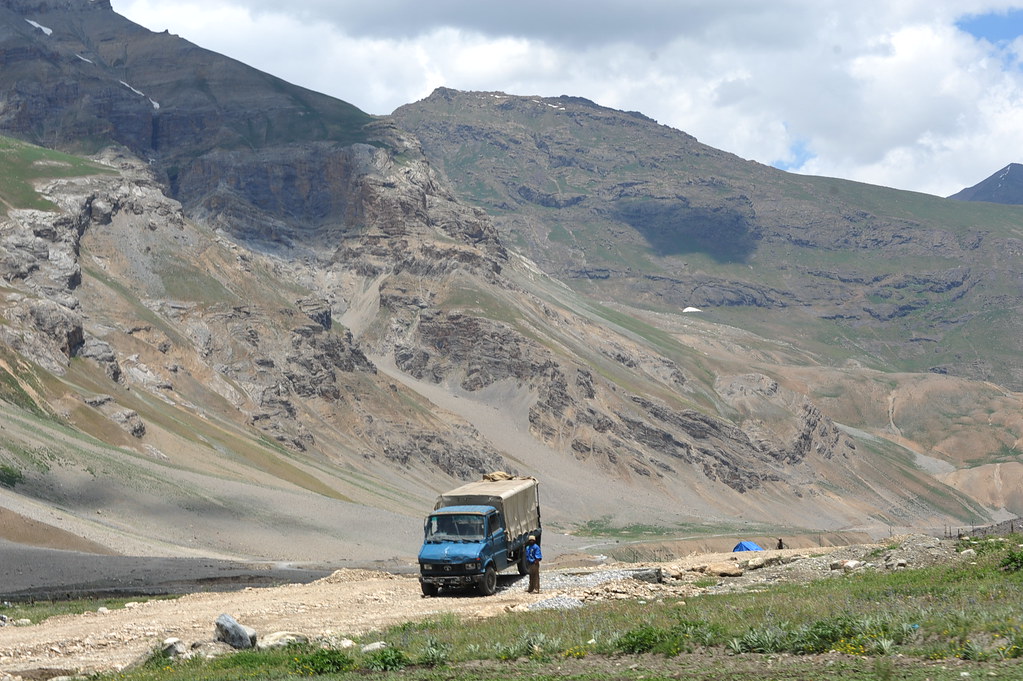 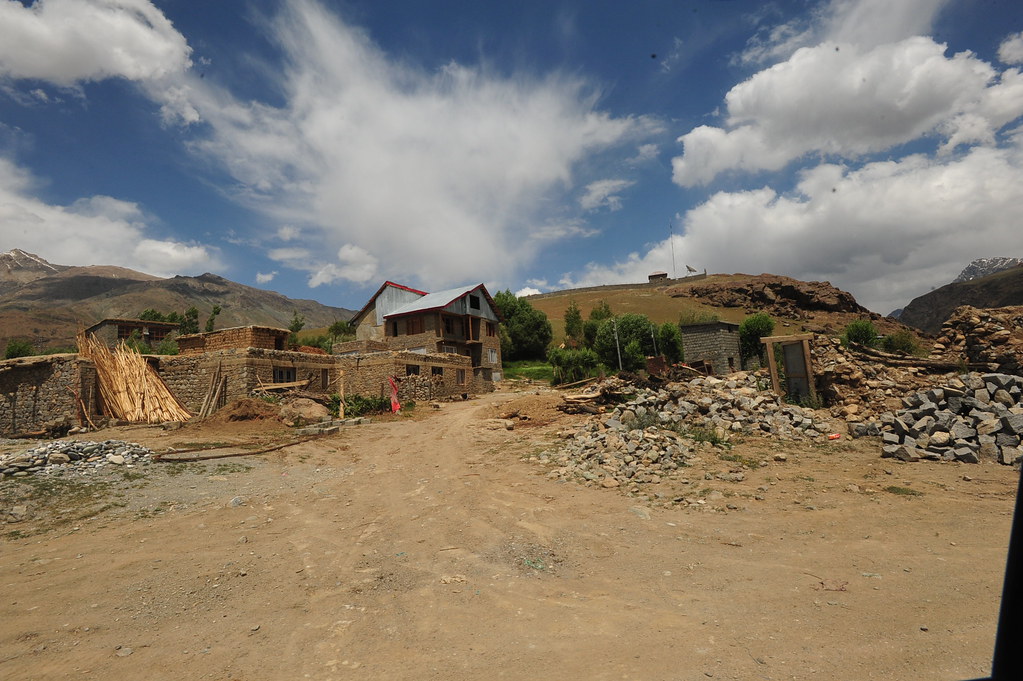 Just past these hills is the official “Line of Control” that separates India and Pakistan: 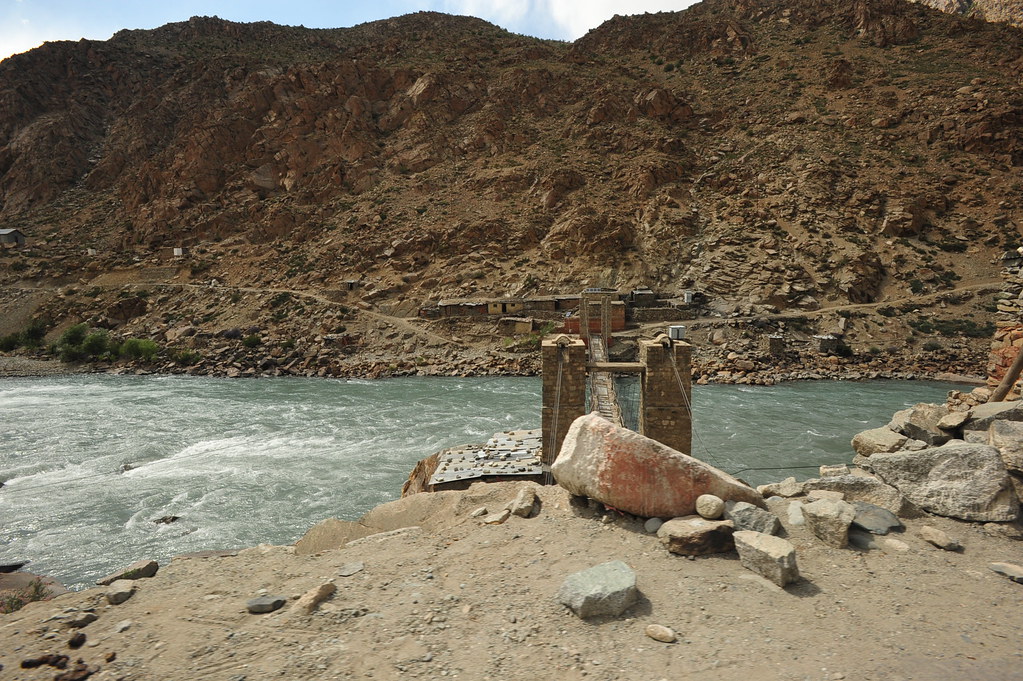 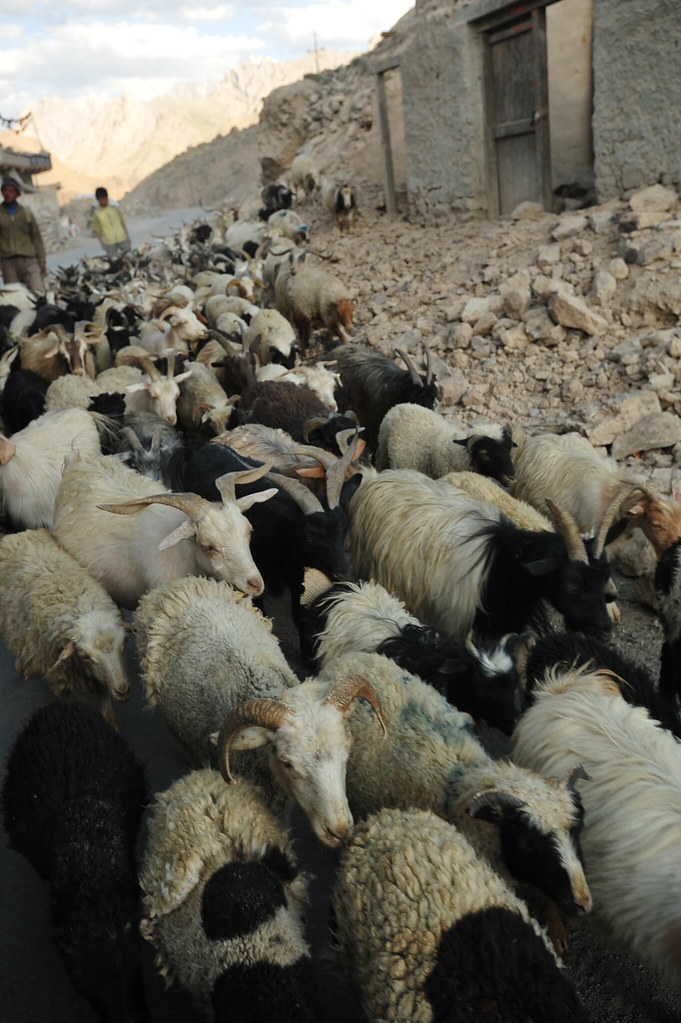 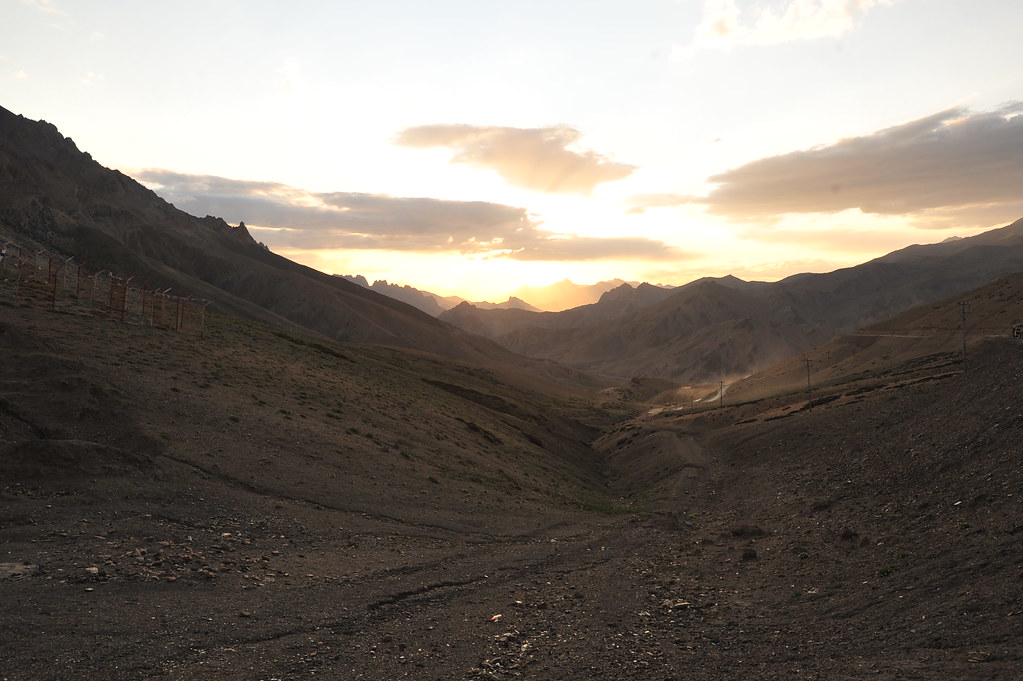 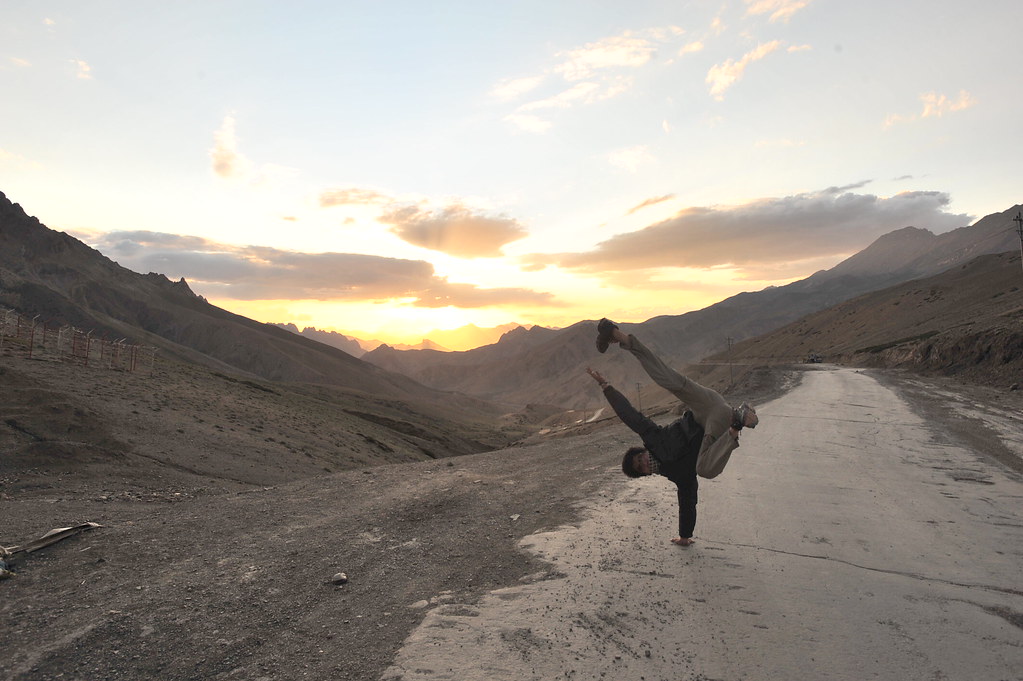 The highest point on the road btw Srinagar and Leh just got served at 14,000 feet above sea level. 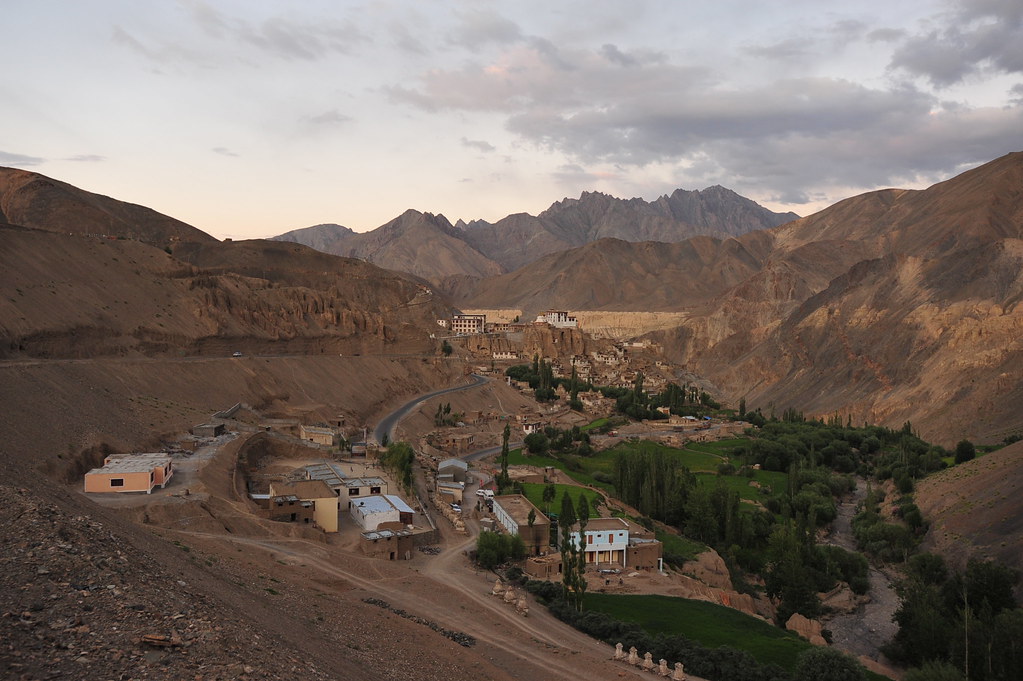 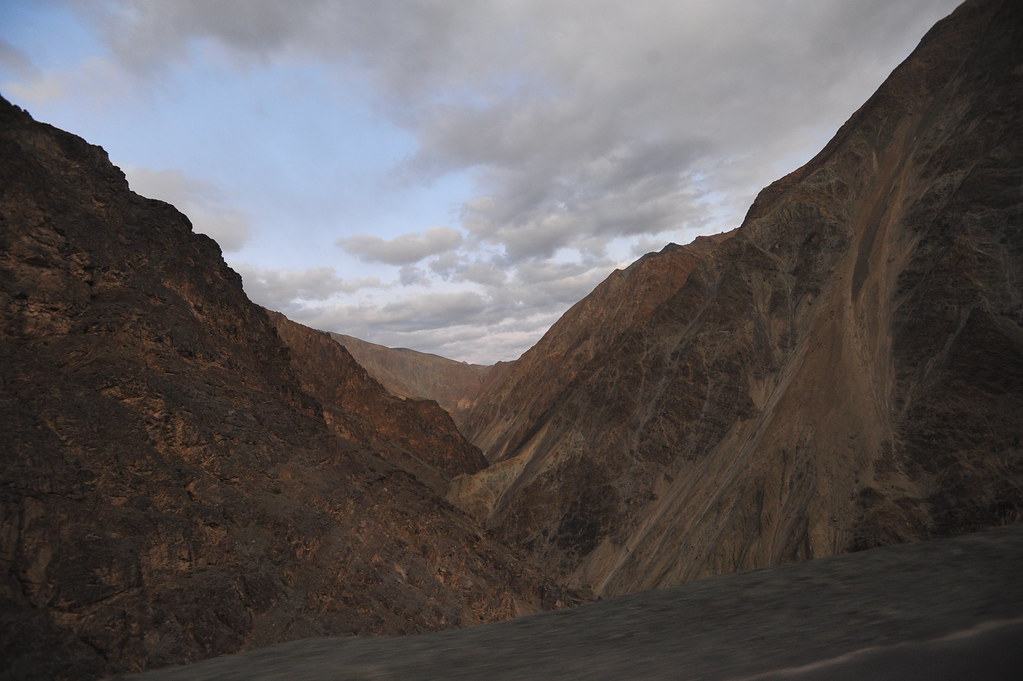 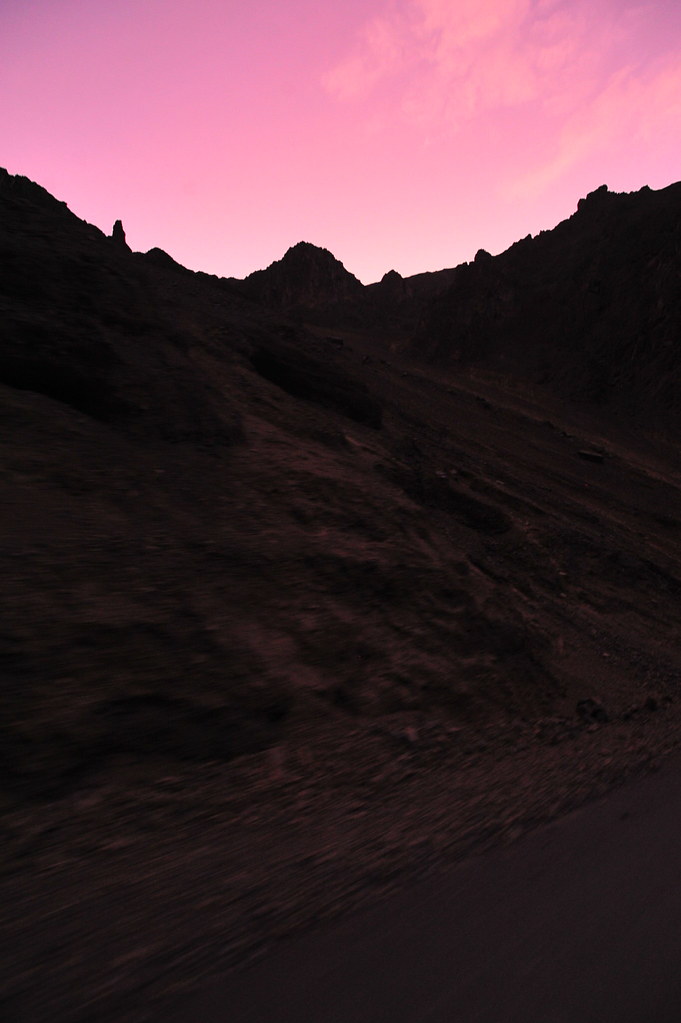 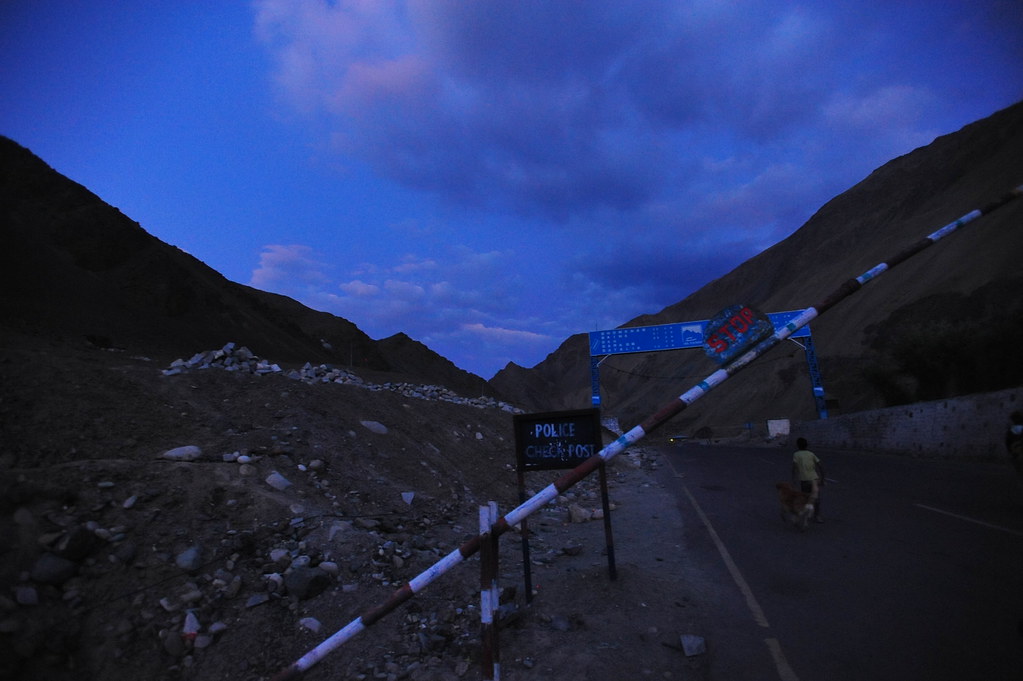 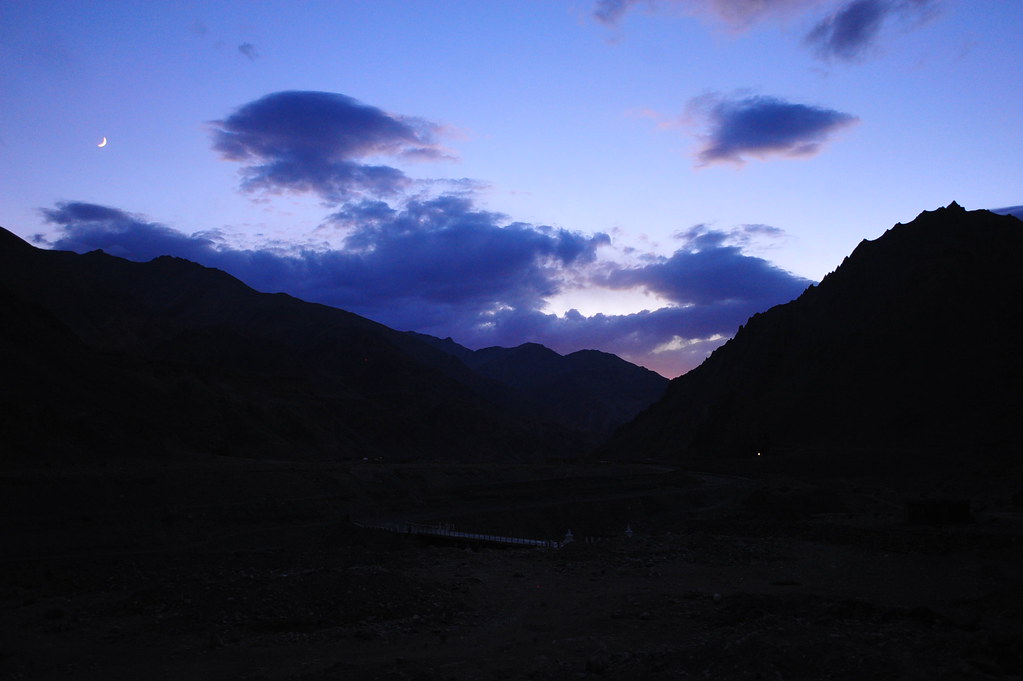 It has been the most beautiful scenic drive I’ve ever taken. There’s a reason why this is considered one of the 100 most beautiful places in the world. 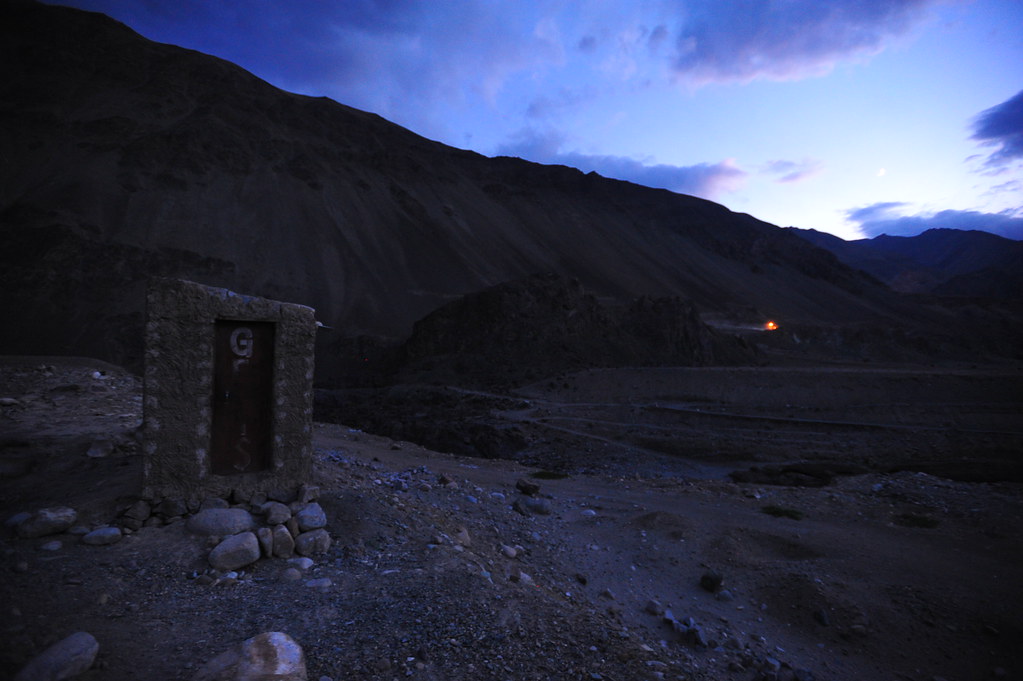