“The Scariest Place On Earth”: The North Korean DMZ.

The DMZ. Former president Bill Clinton had named it the “scariest place on Earth.” It is the most heavily militarized border in the world, with over a million soldiers ready to go to war at a moment’s notice if either side dared to cross the 38th parallel.

While you’ll probably see many of your friends’ photos from the South Korean side of the DMZ (South Korea is about as easy to get in for Americans as it is to check into London), the opposite isn’t as true. If only a few hundred foreign tourists are allowed to see Arirang each year, even fewer get the “privilege” of visiting the De-Militarized Zone.

But to get there, you’ll have to stop by eeriely deserted Kaesong, which is about the closest to civilization you can get from the North Korean side of the DMZ. Kaesong, where you’re living literally at the doorstep of war. 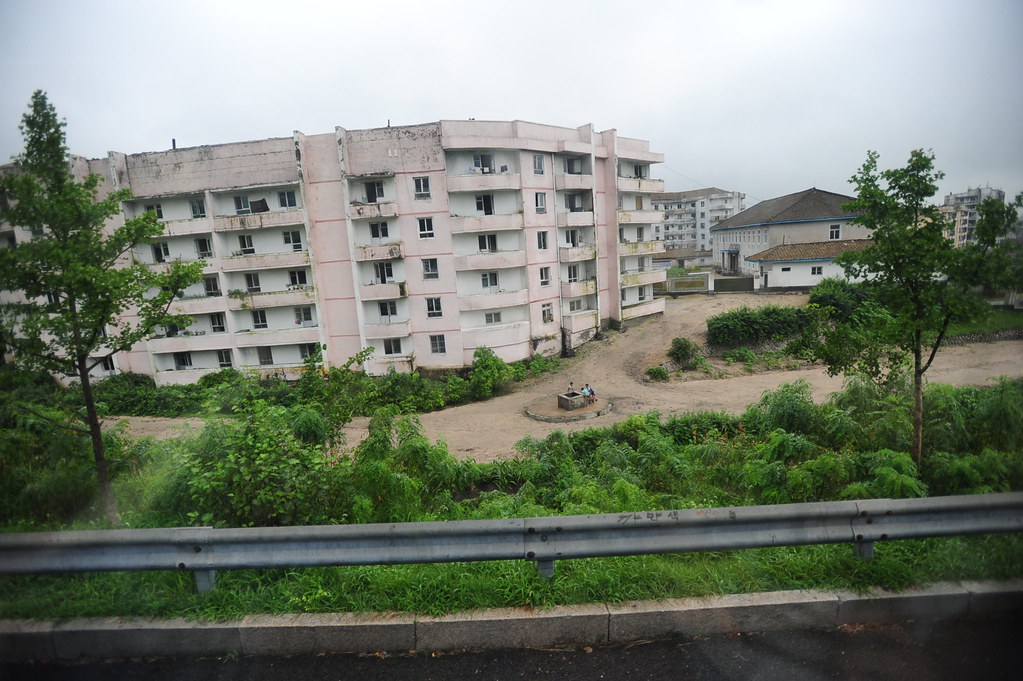 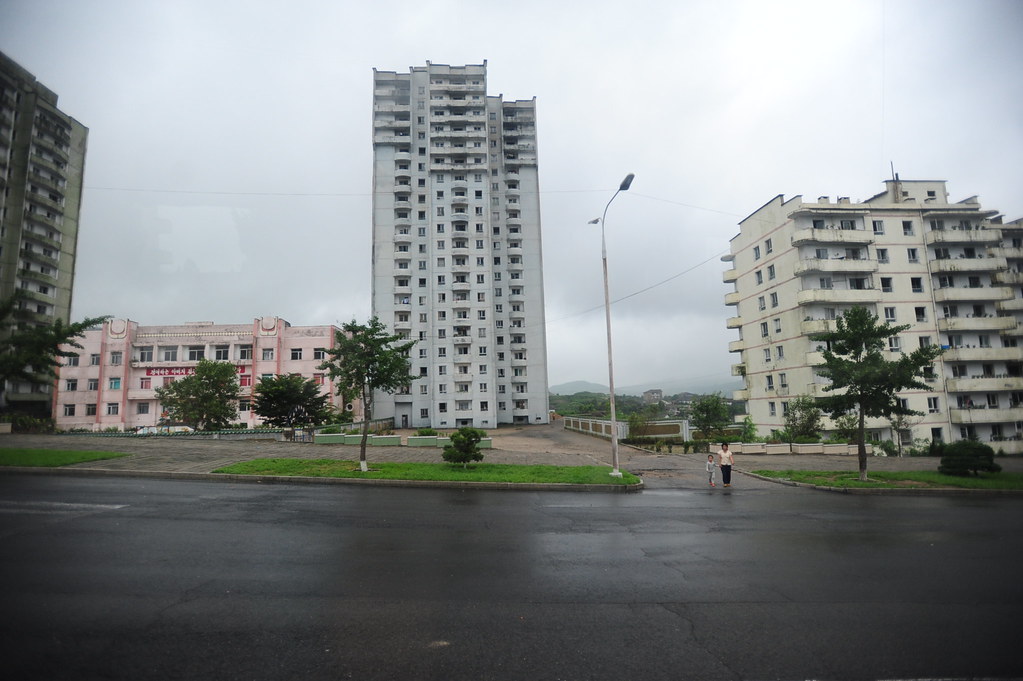 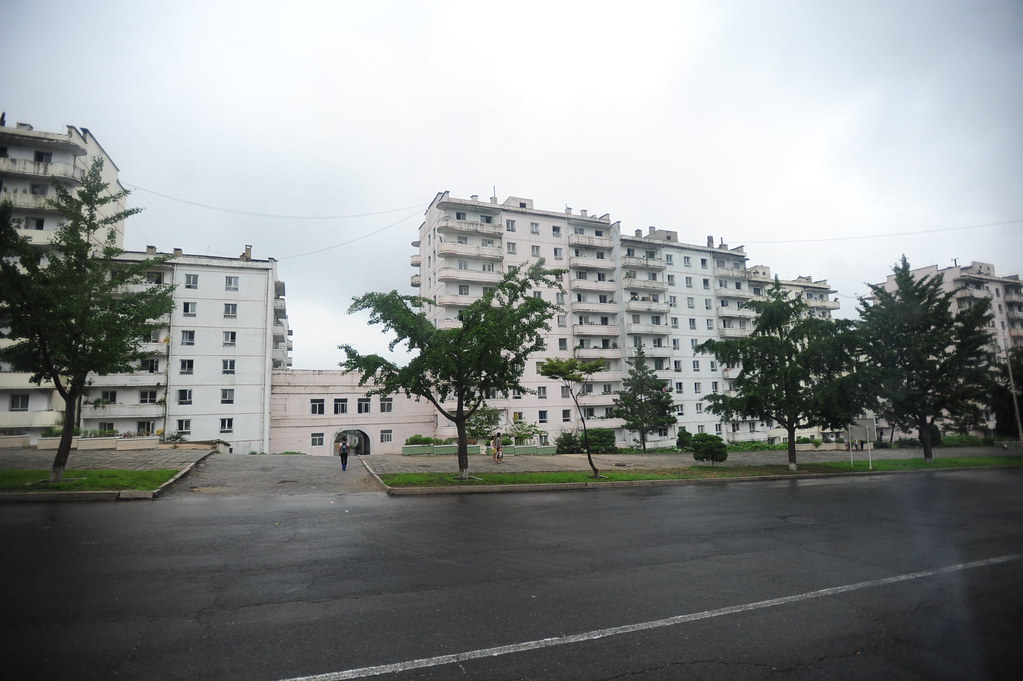 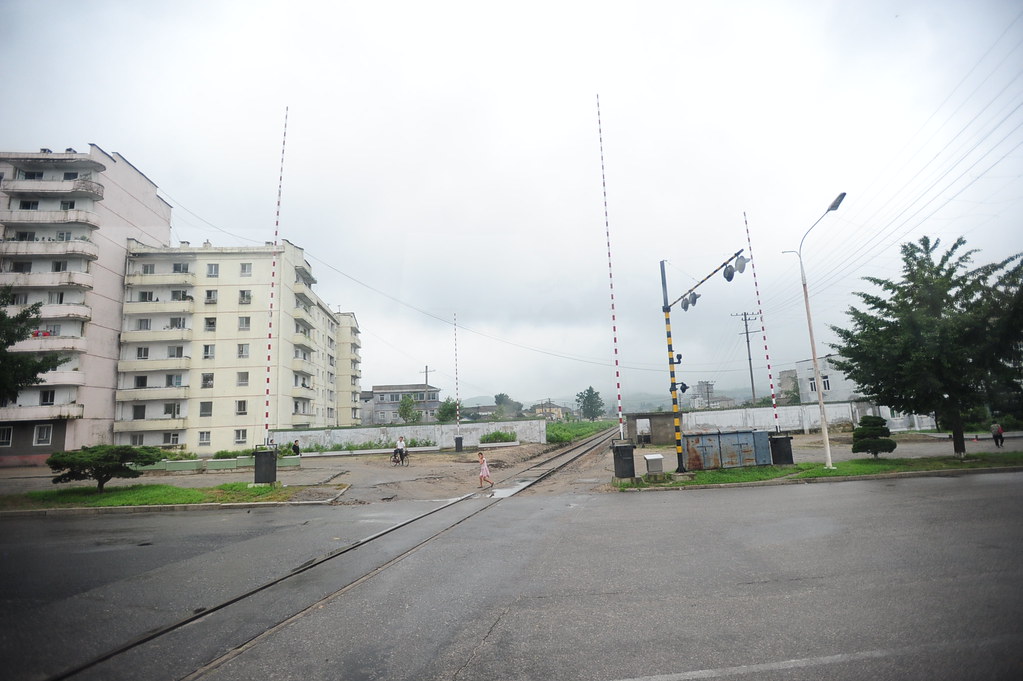 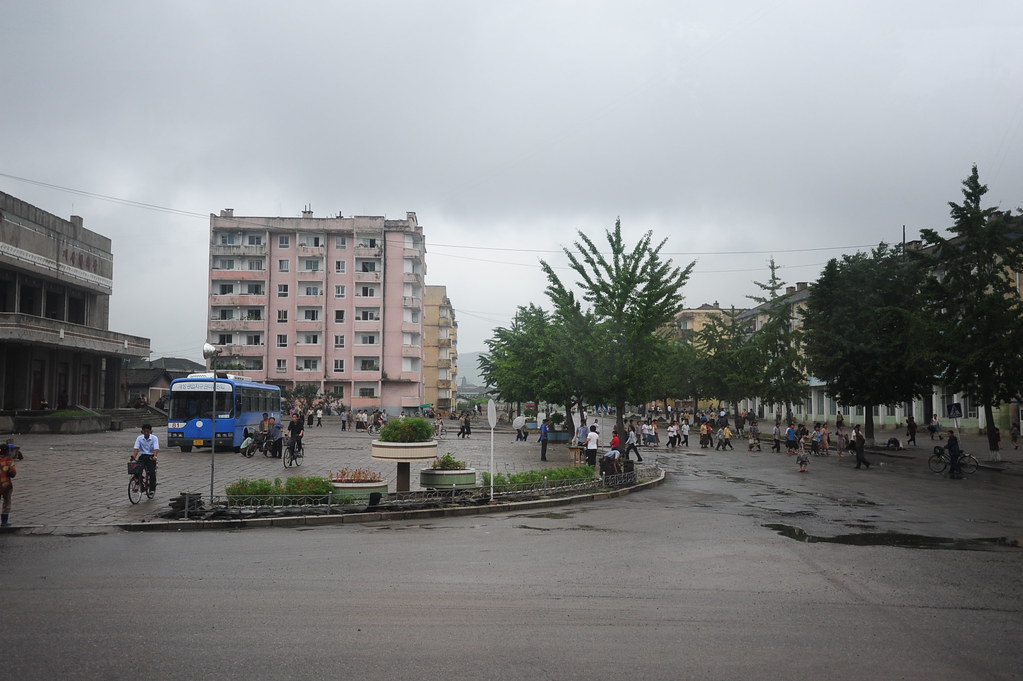 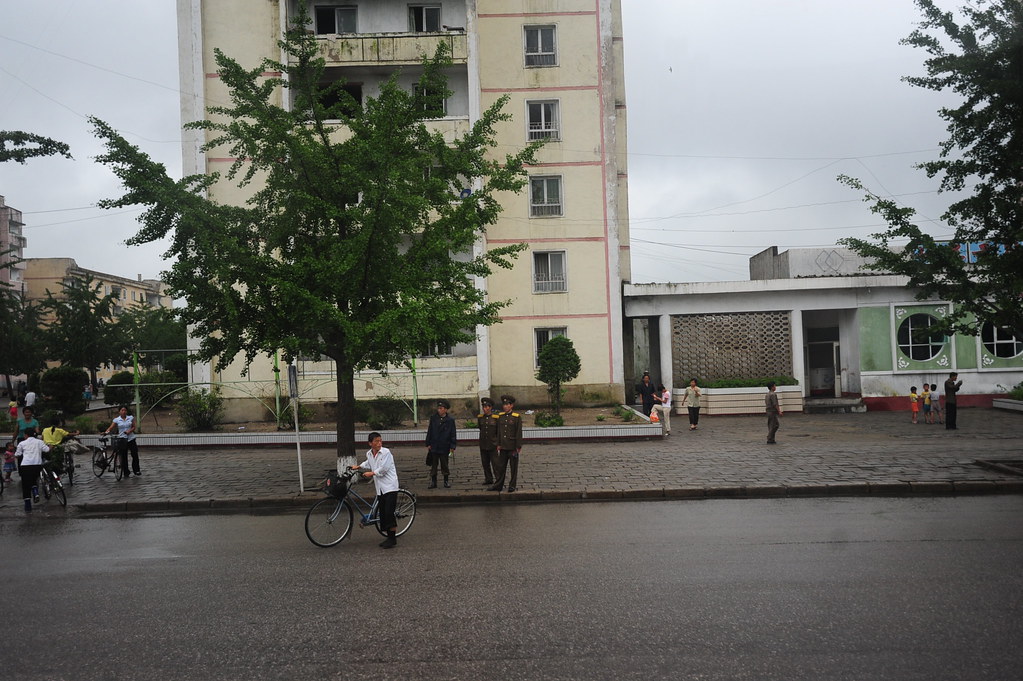 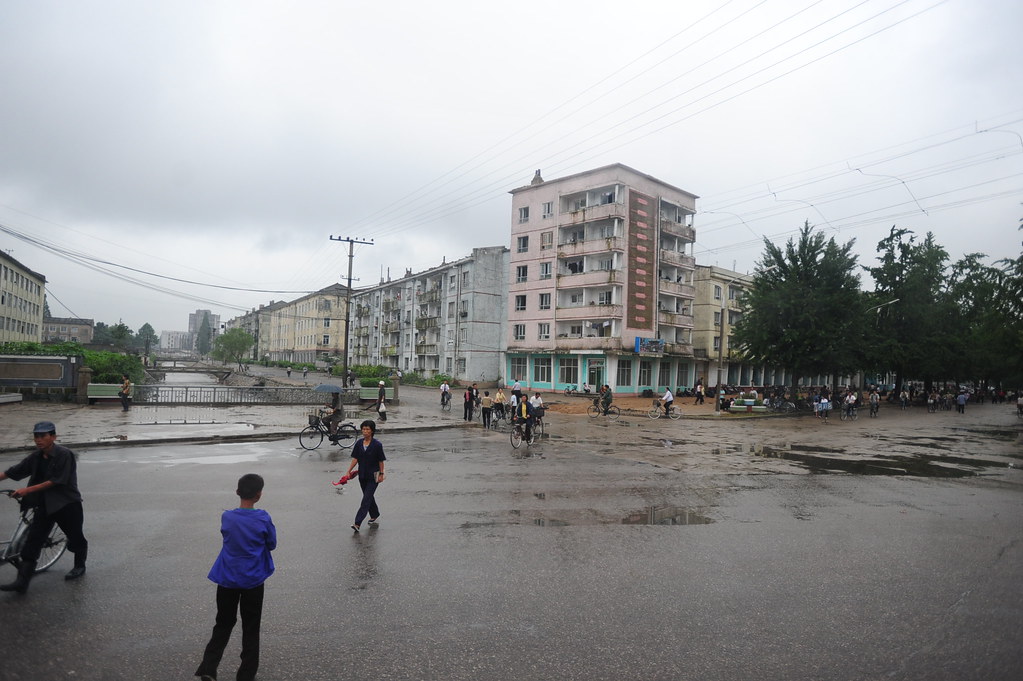 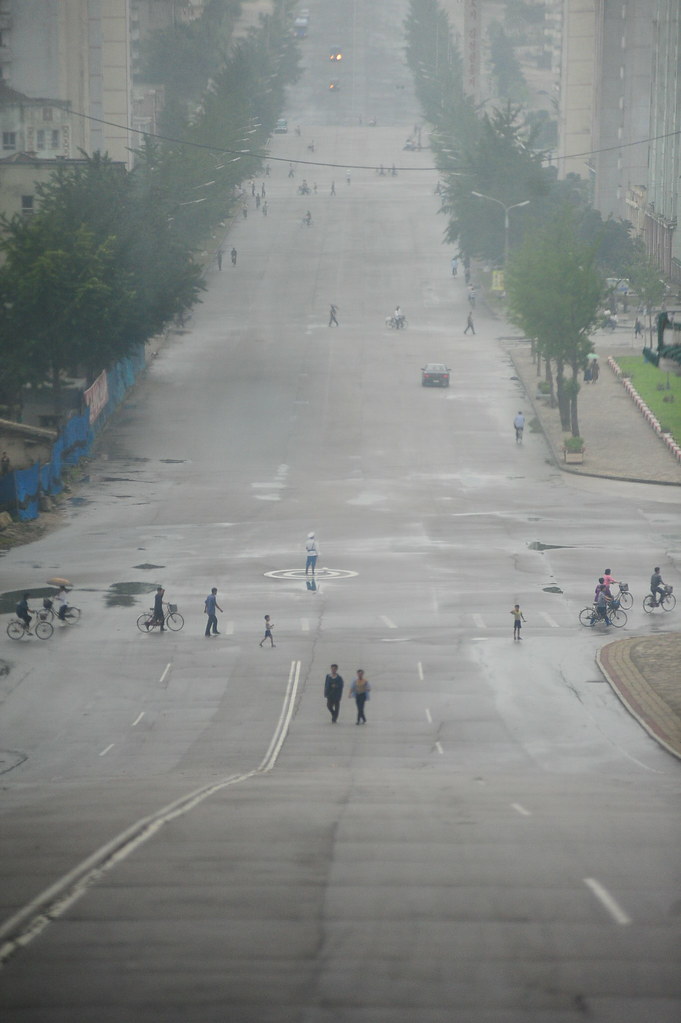 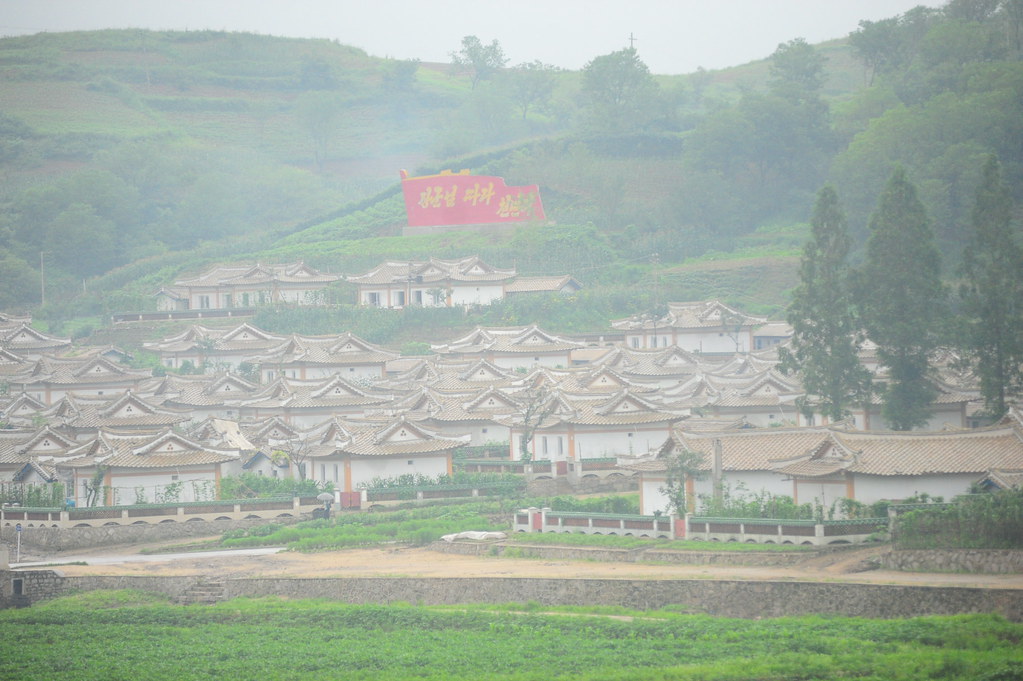 About a few km drive south of Kaesong (about a 20min driver), you’ll reach the edges of Panmunjom, which is an abandoned village located in the DMZ. Soldiers will stop your vehicle and force you to get out. 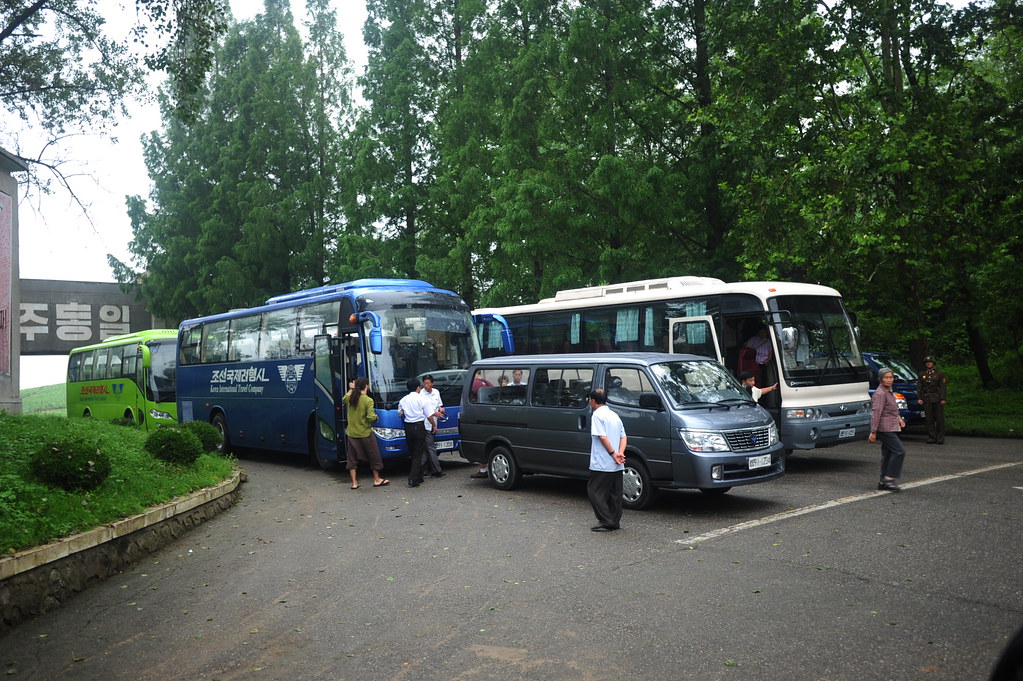 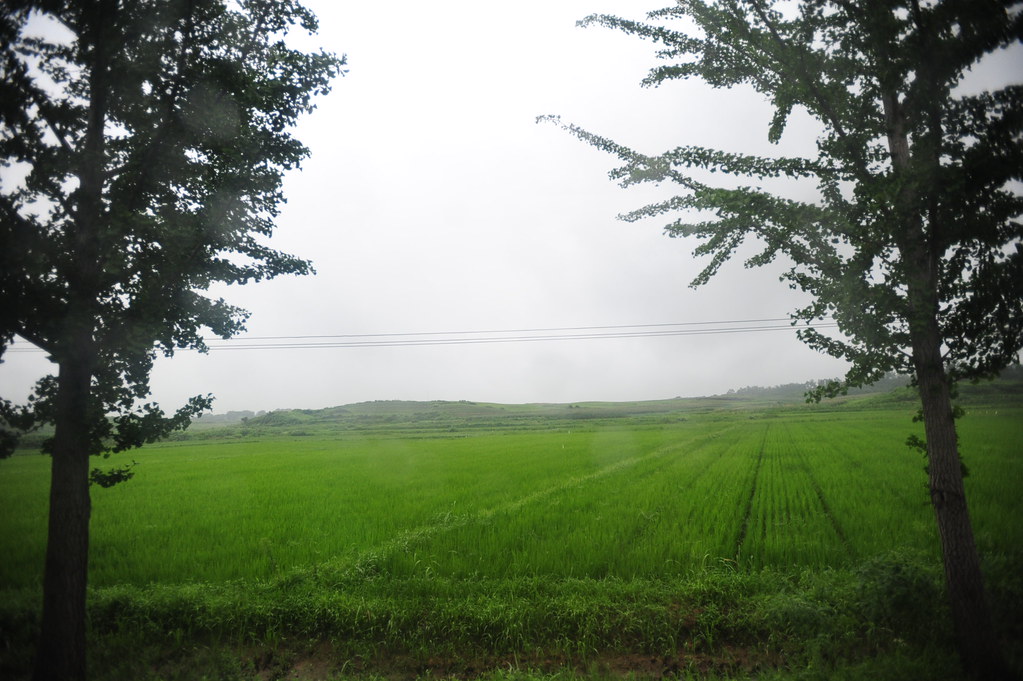 The actual de-militarized zone: farmland where a few villagers actually have rights to live on.

They’ll take you inside a gift shop, which happens to double as a tourist briefing room. There the North Koreans give their own account of how the DMZ came to be. We got assigned to a unsmiling DPRK army officer, who spoke on behalf of the military in expressing his desire for reunification. However, he would blame “foreign powers” (namely the United States) for causing the schism between the two regions. 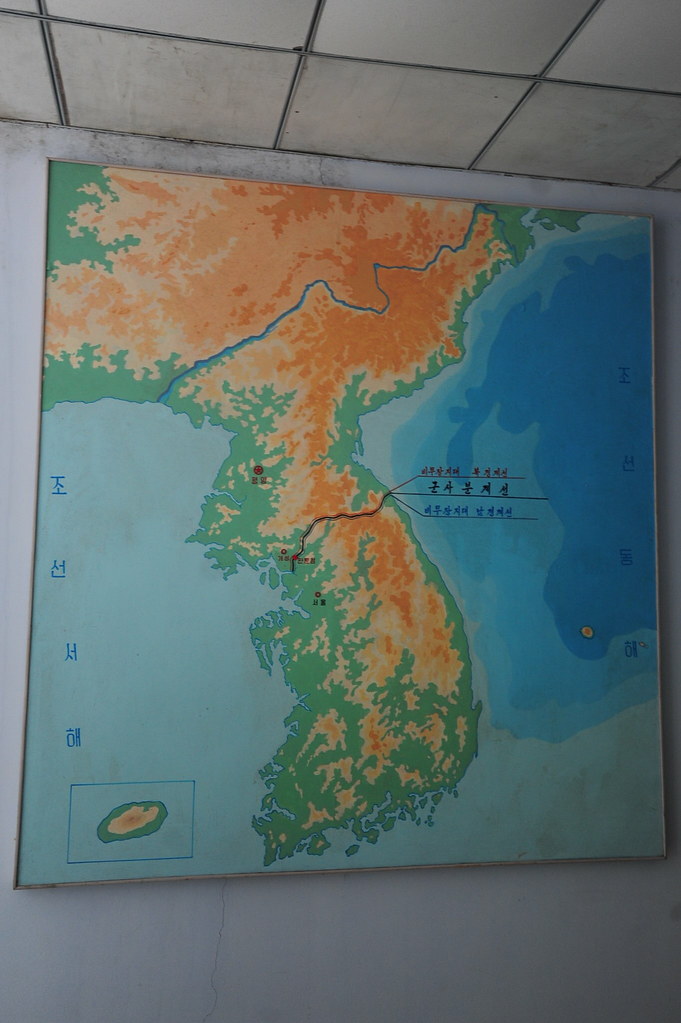 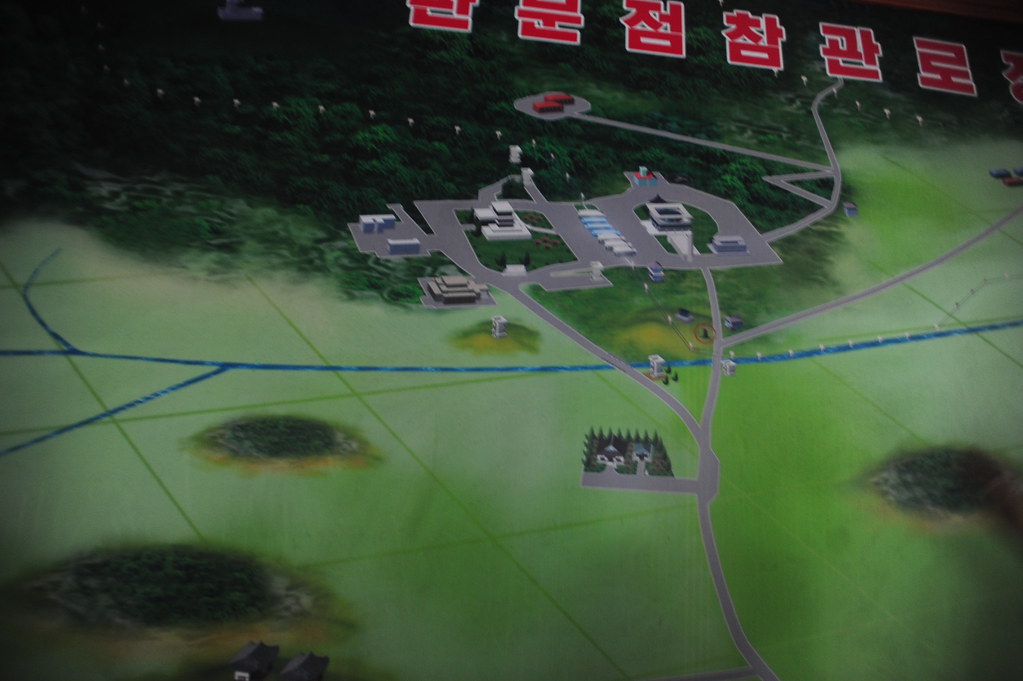 Map of the Joint Security Area

Then you line up in rows of 2 and begin your walk into No Man’s Land. 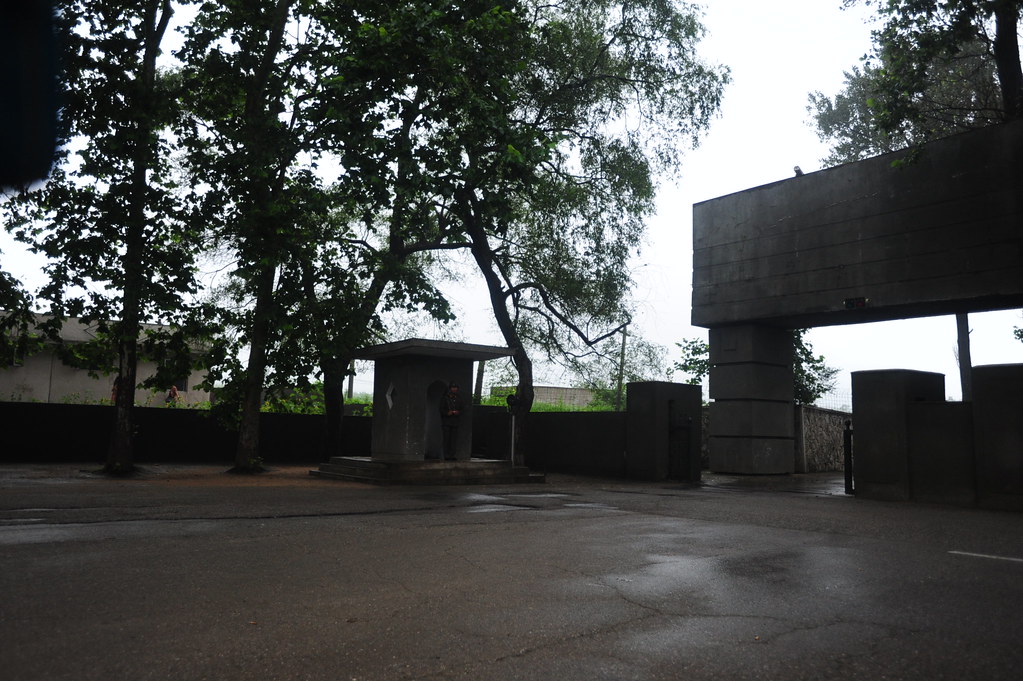 At the edge of the joint security area 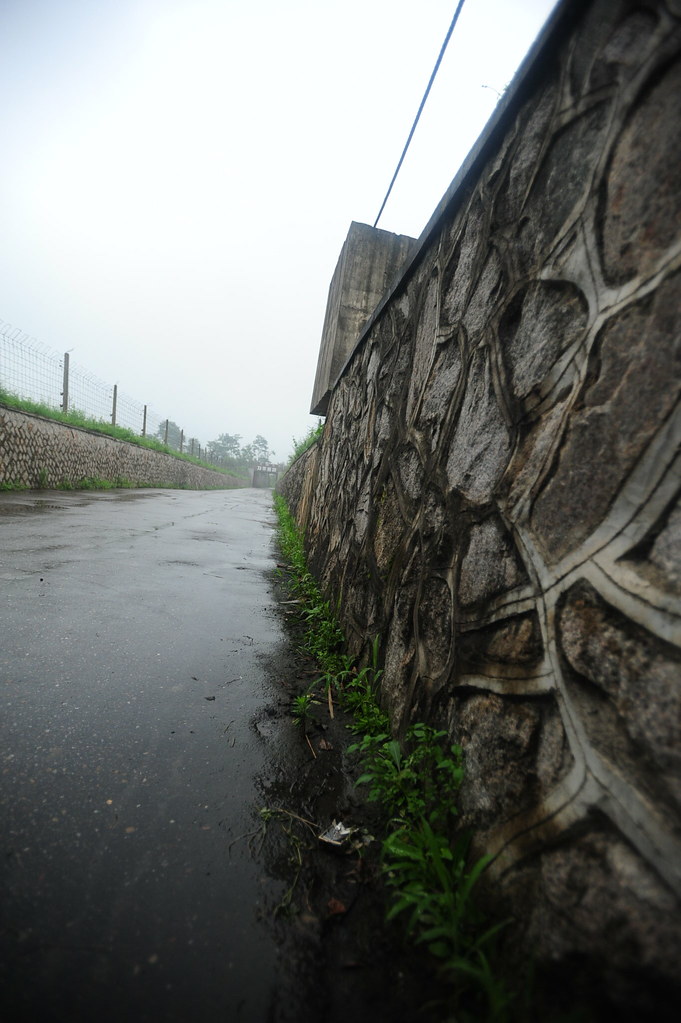 They’ll take you inside two buildings: the first was the meeting place between the United Nations and North Korea where our officer would describe how “angry” the Americans were when they agreed to the terms of the “armistice of surrender” to the North Koreans. The second is where the actual signing ceremony took place; where (again, according to the North Koreans) the Americans were so “shamed” that they brought a United Nations flag instead of an American flag and left it there in haste after signing. 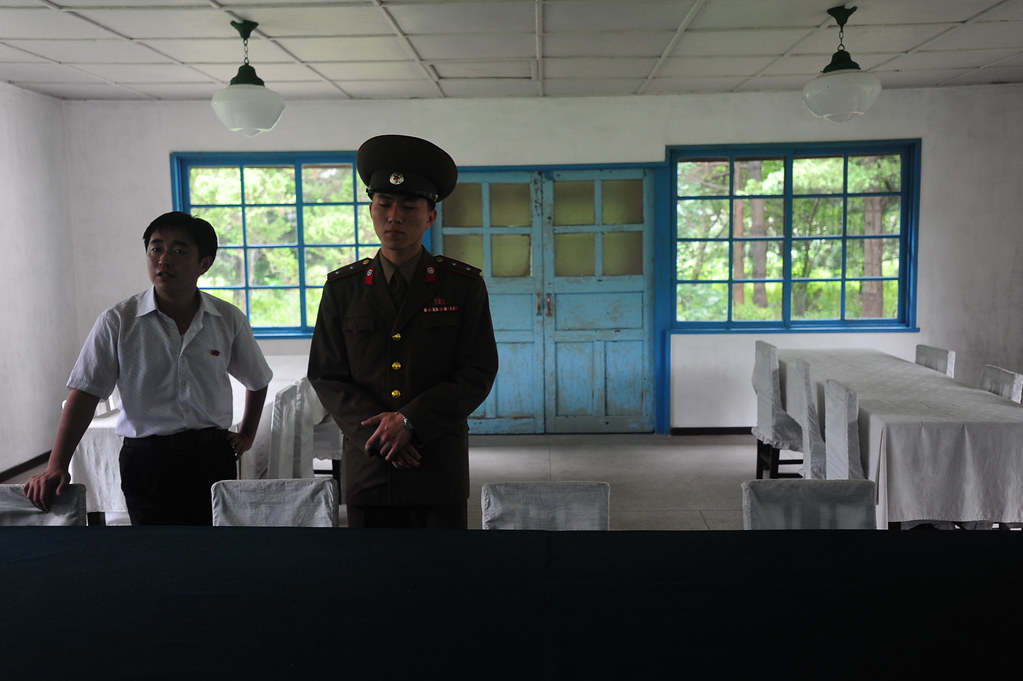 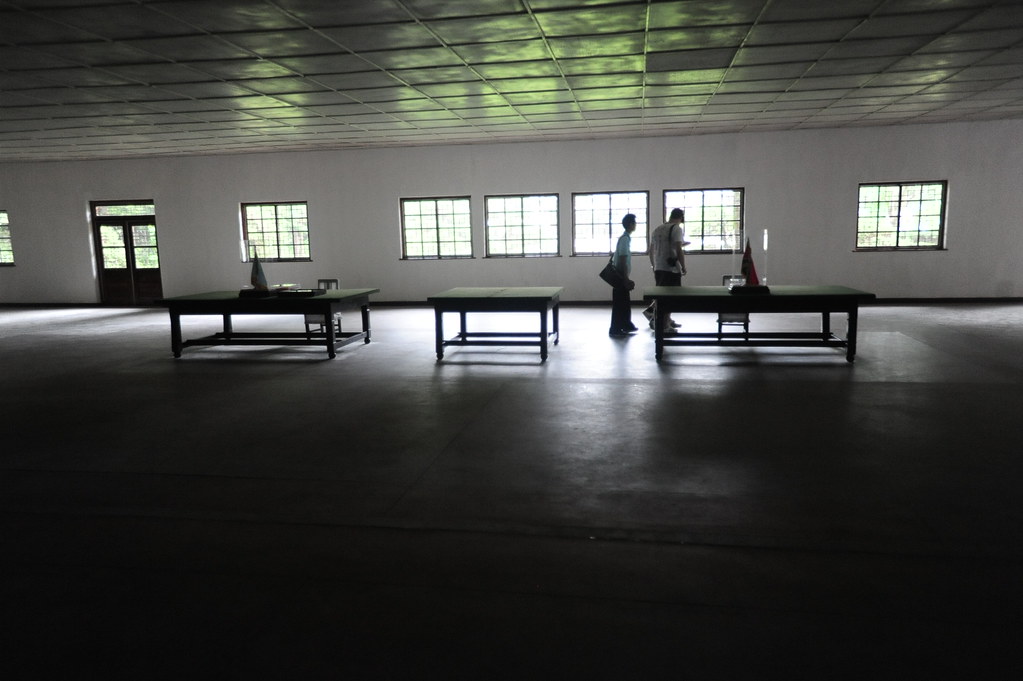 Where the armistice of the Korean War was signed.

Then we were marched once again, this time to the actual Joint Security Area of the DMZ. 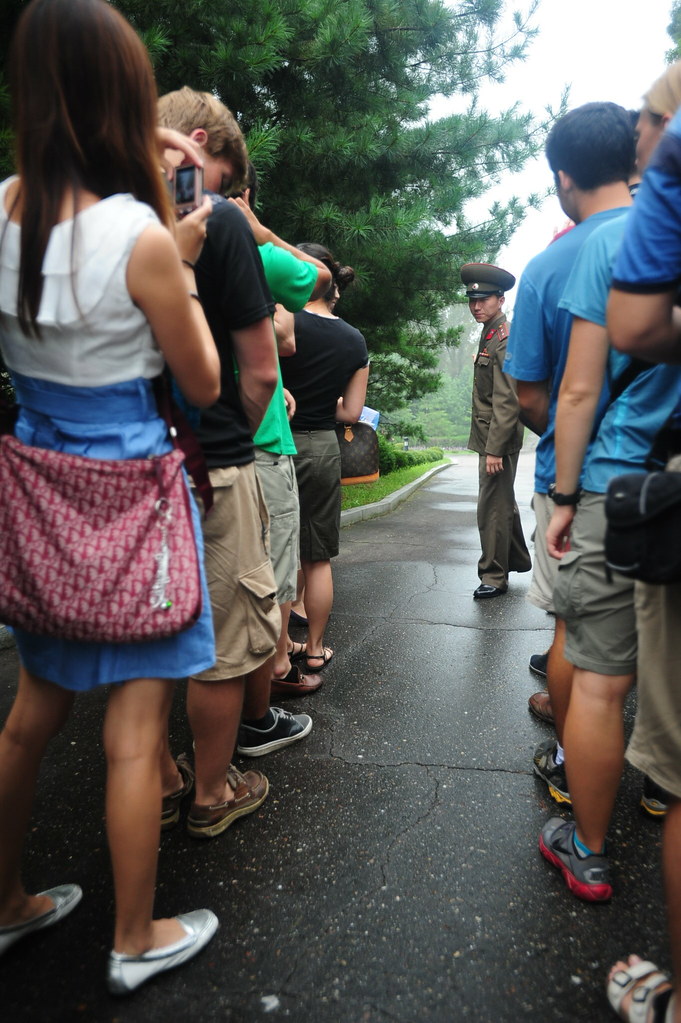 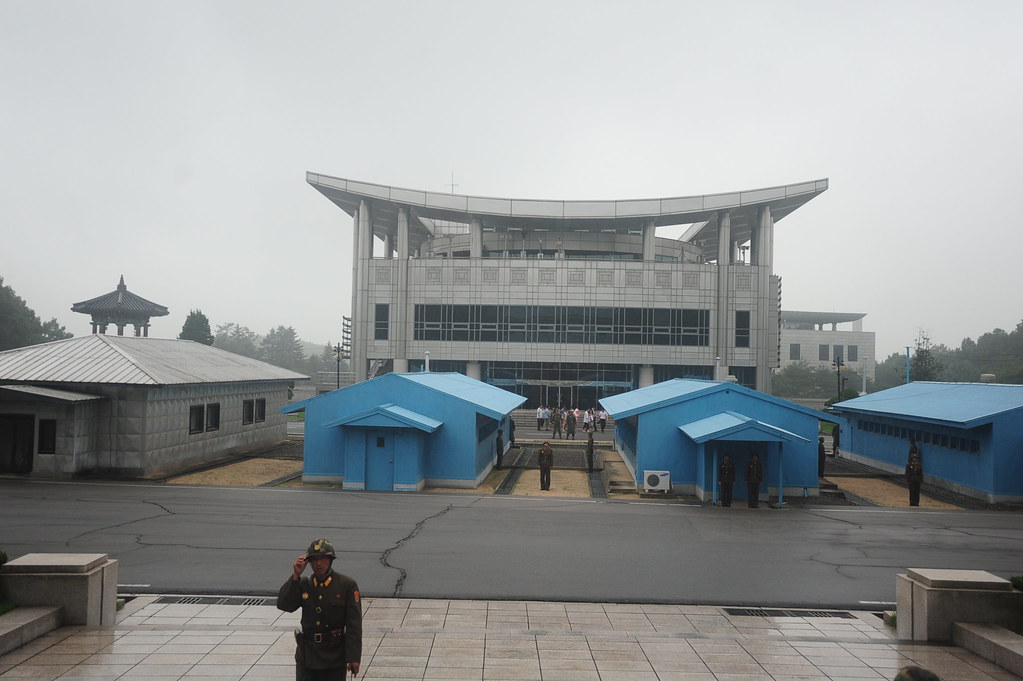 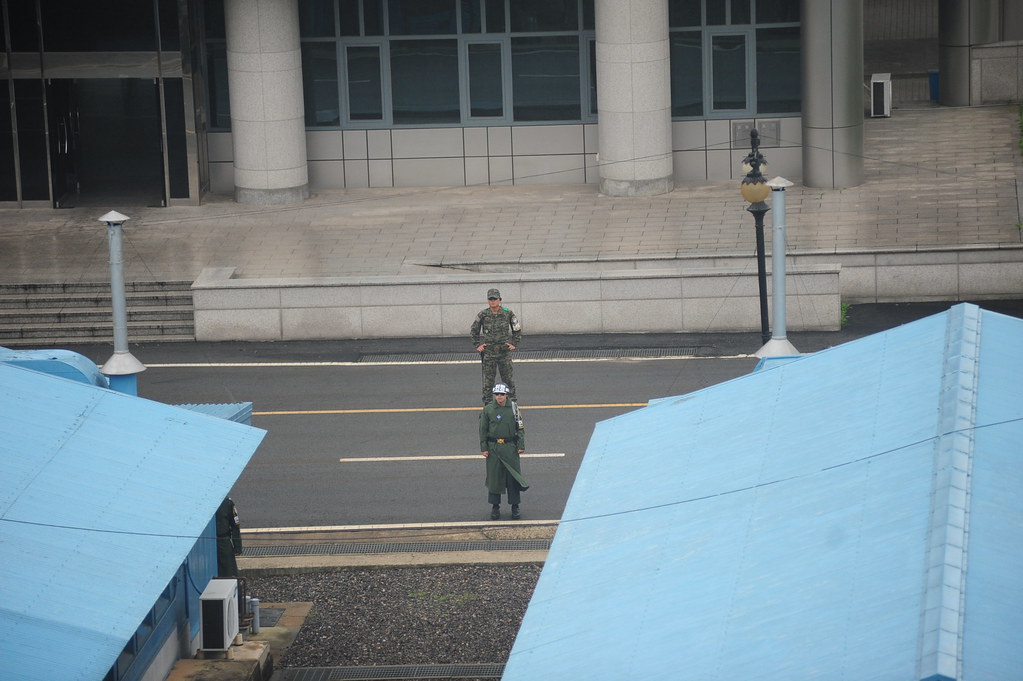 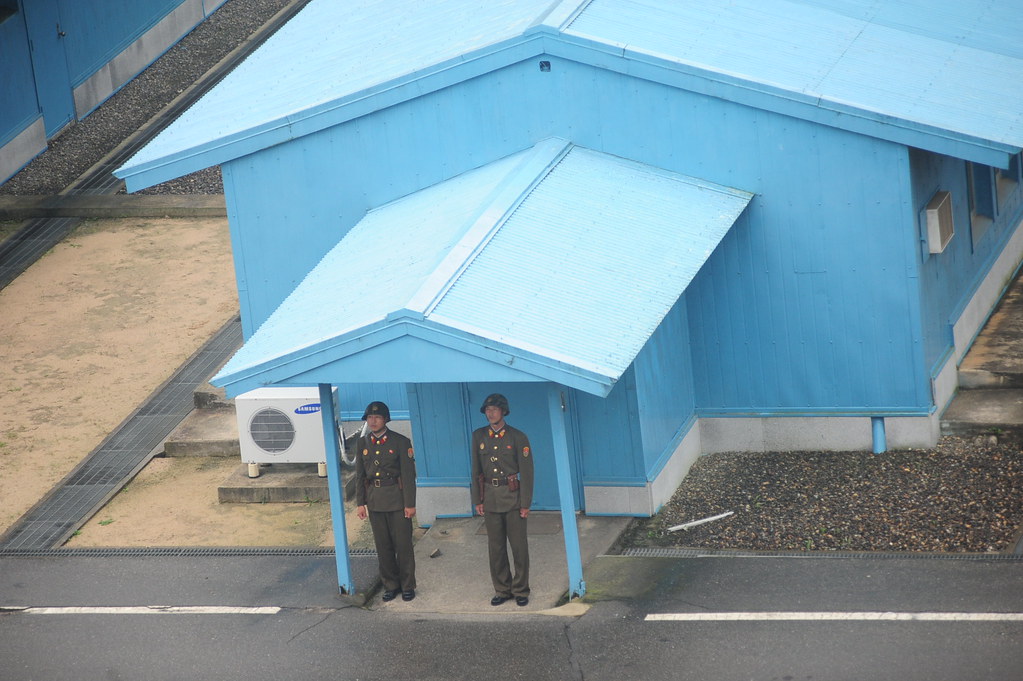 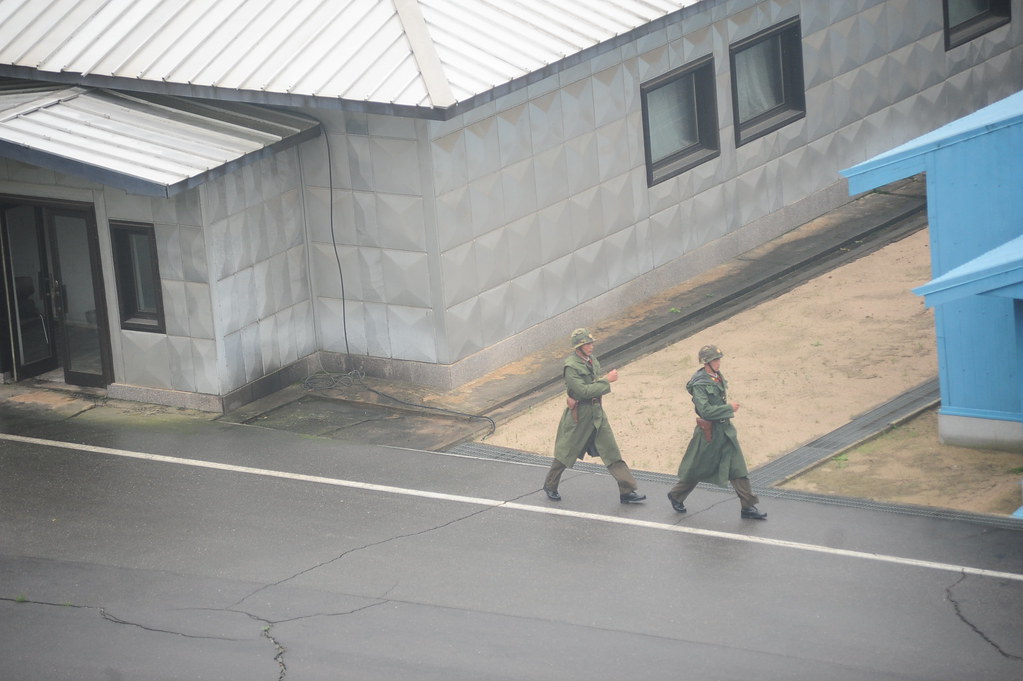 Changing of the guards

Then something sketchy occurred; with not even 10 minutes at the JSA, our North Korean tour group quickly rushed us to the exit saying that “the Americans locked the doors to the building on the other side. You must leave.” This cut part of our tour short and we wondered what kind of B.S. was causing the North Koreans to be so uppity about our being there. We then saw some of our North Korean guides giggling as this was happening. We still don’t know what was going on.

So I ran in and did what I had to do. 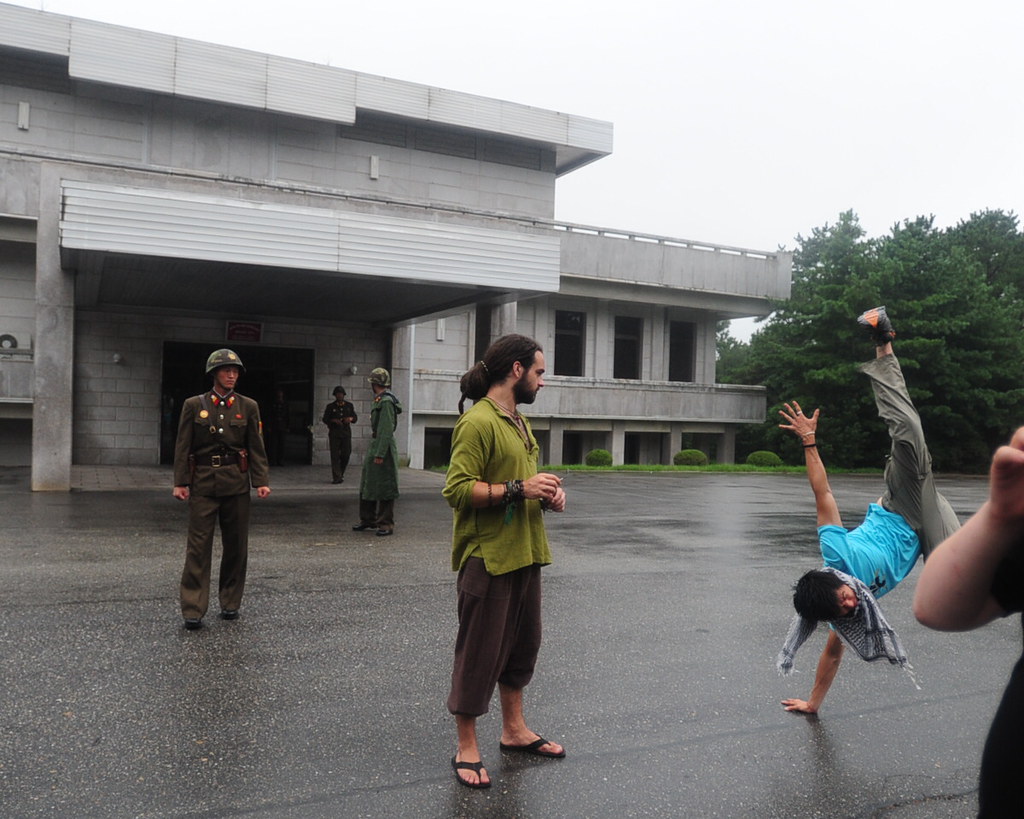 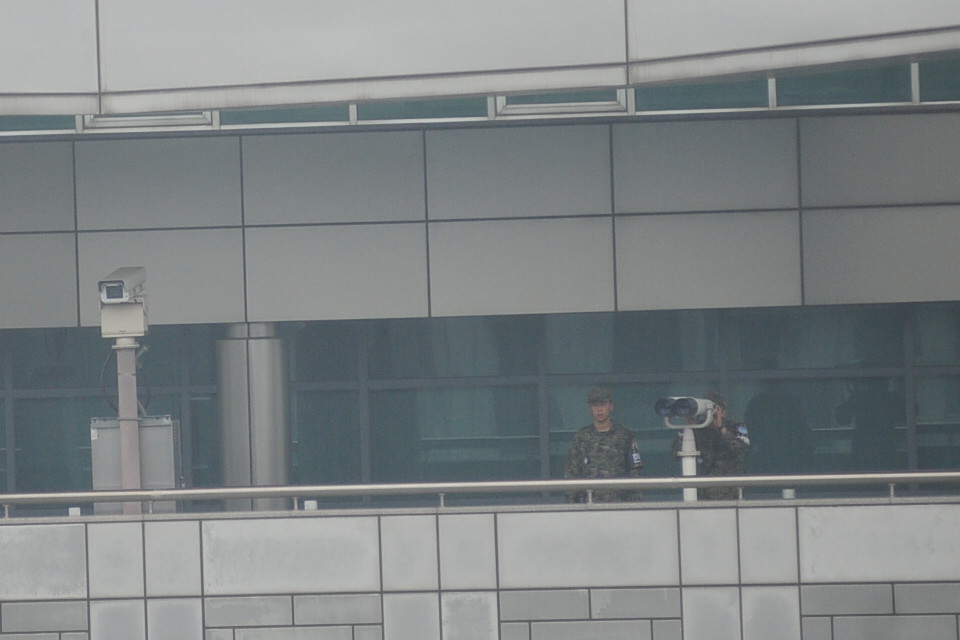