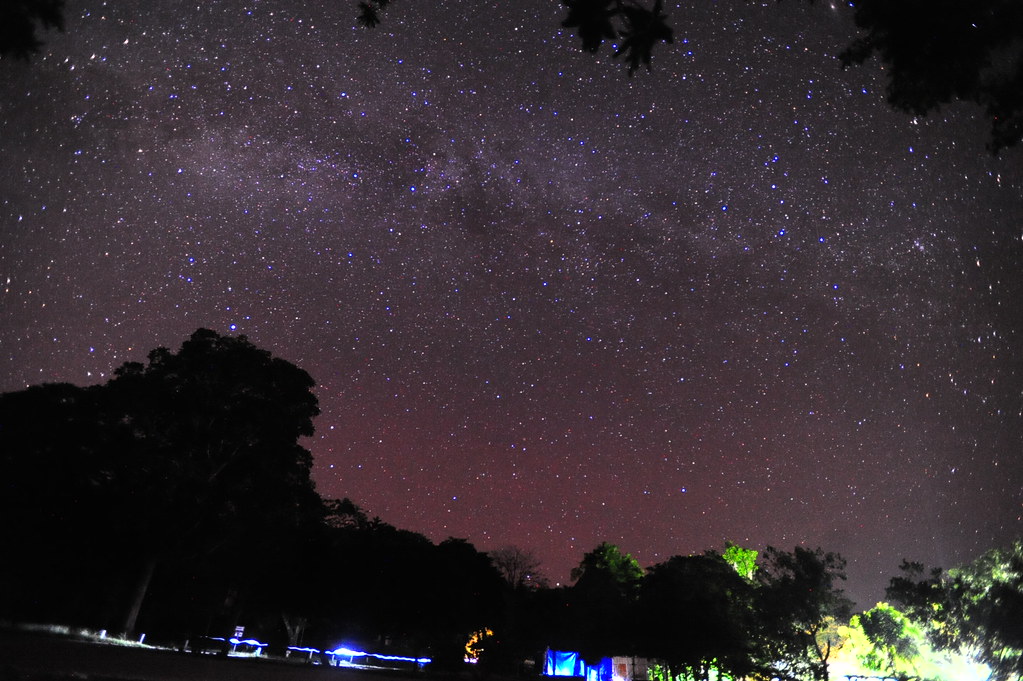 From the dark of night... 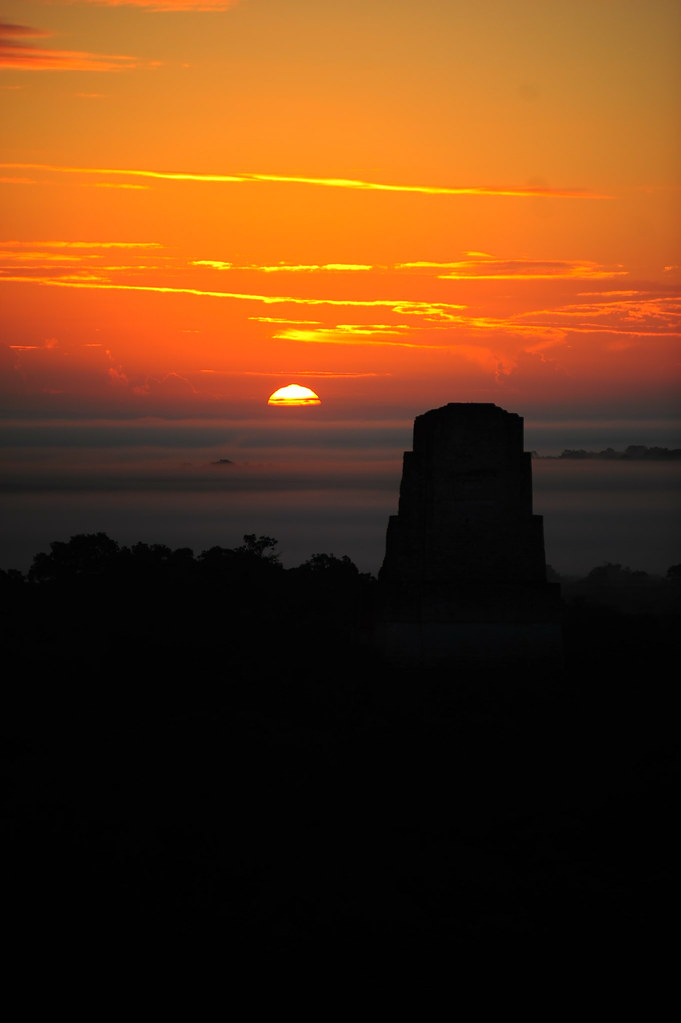 ...to the light of dawn. Keep reading.

Random: Did you know that Tikal is the same place George Lucas chose to film Yavin IV (the location of the Rebel base) in Star Wars IV: A New Hope?

A screenshot from Star Wars: The Millennium Falcon arrives at the Rebel base in Star Wars IV: A New Hope

Well, our version is prettier: 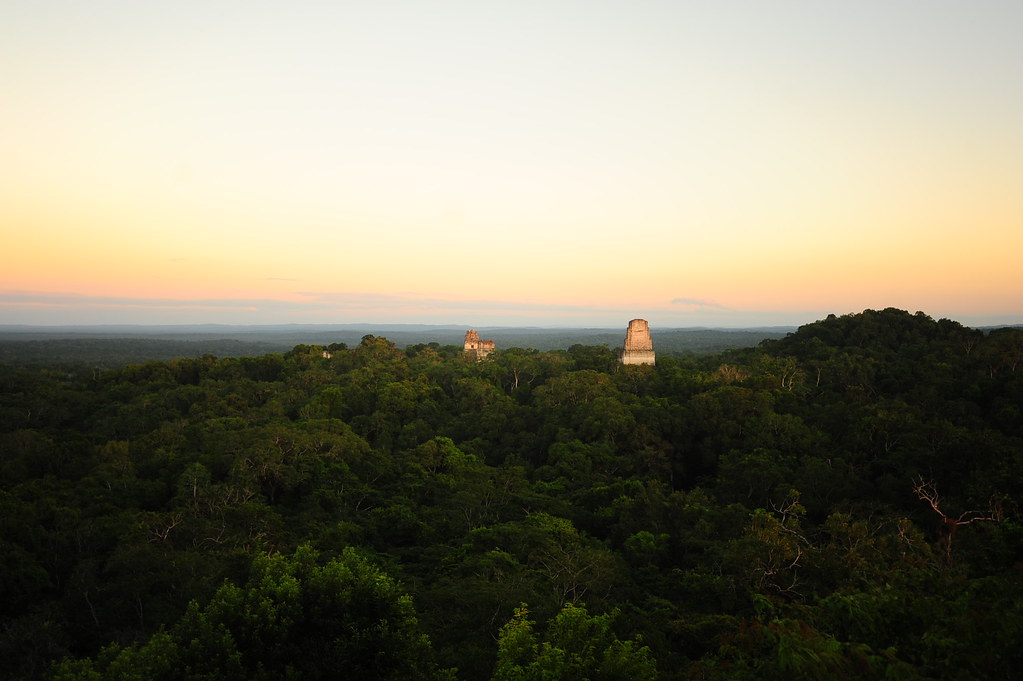 ...no Milliennium Falcon, but the "temples" are still there.

Panoramas of Tikal by day: 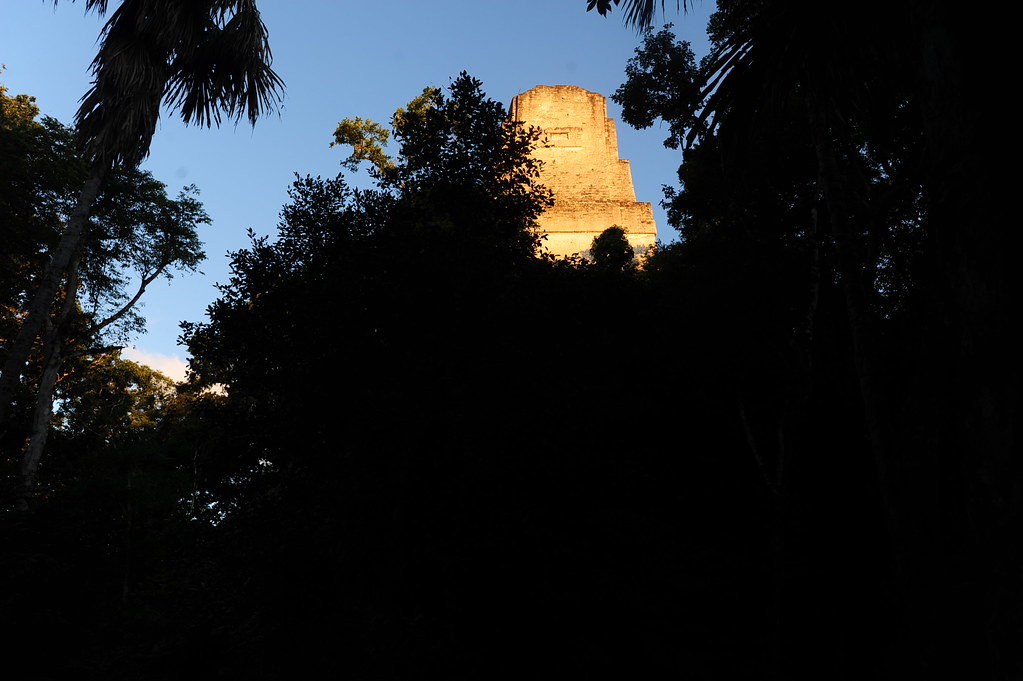 But the real treat, of course, are the images that the average tourist doesn’t get as often. 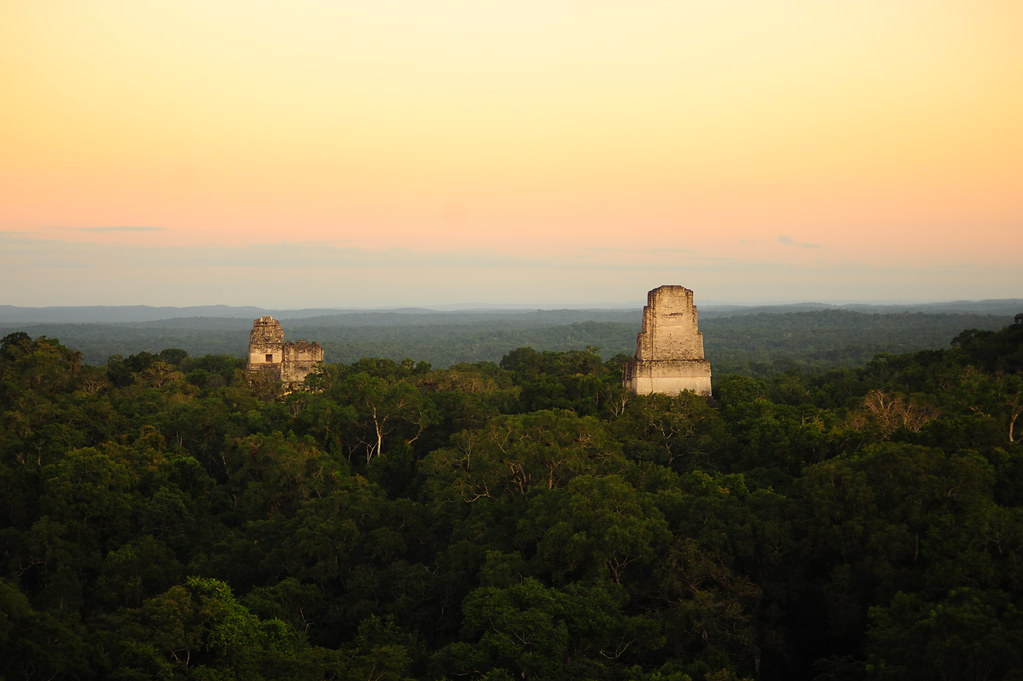 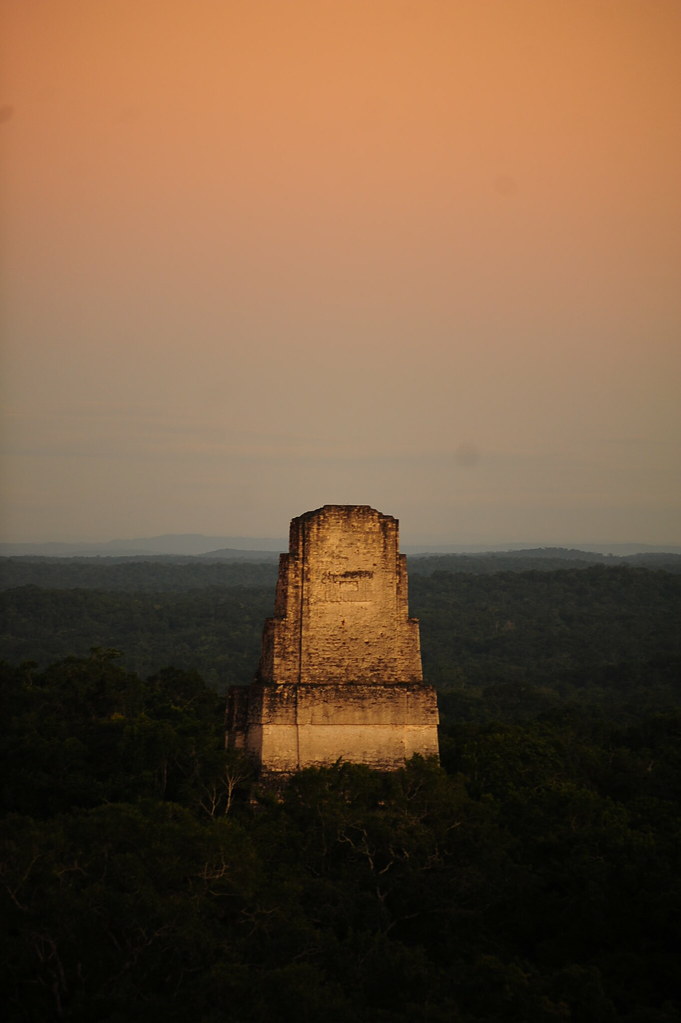 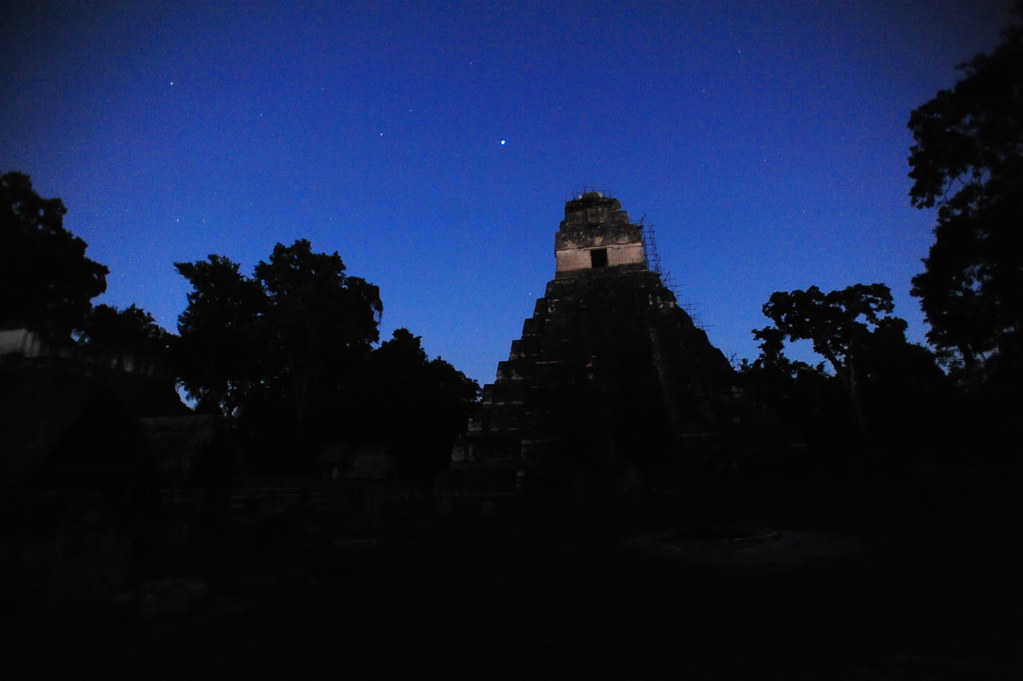 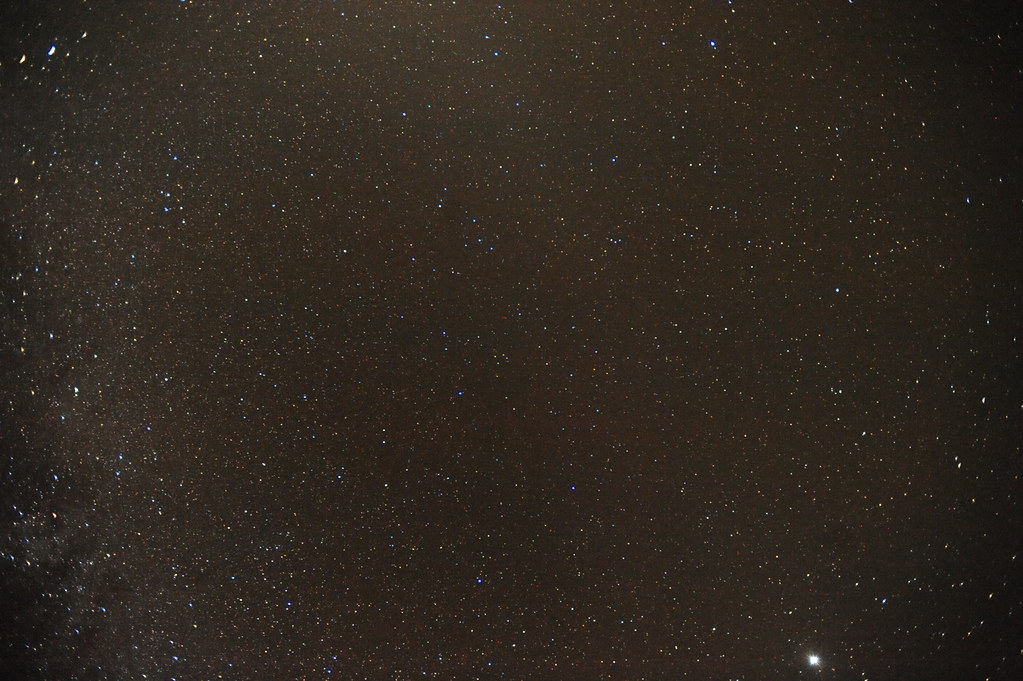 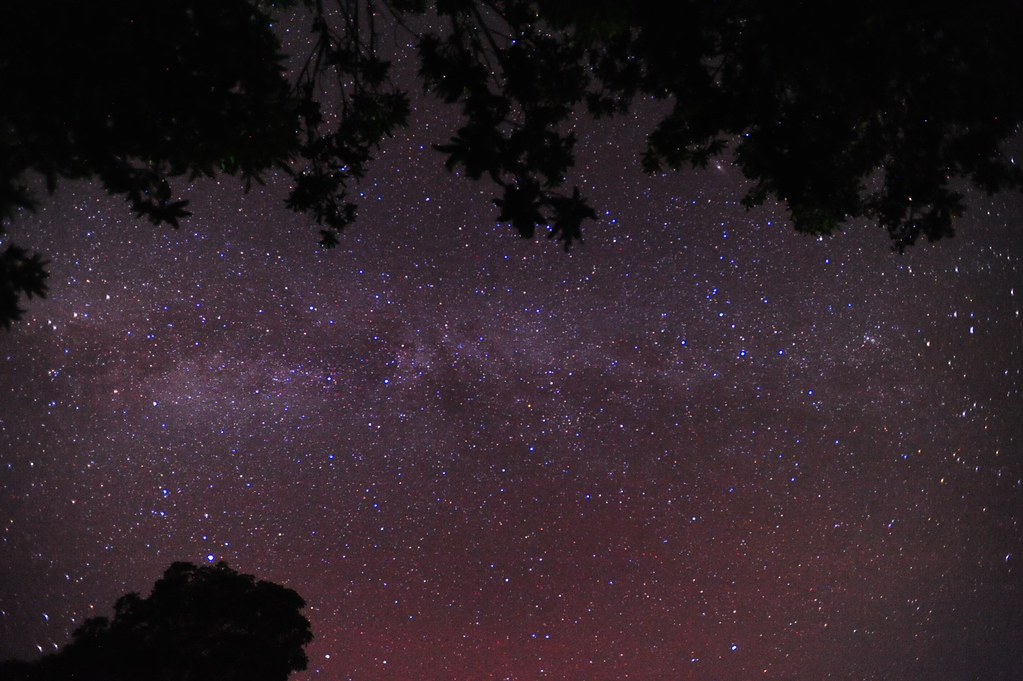 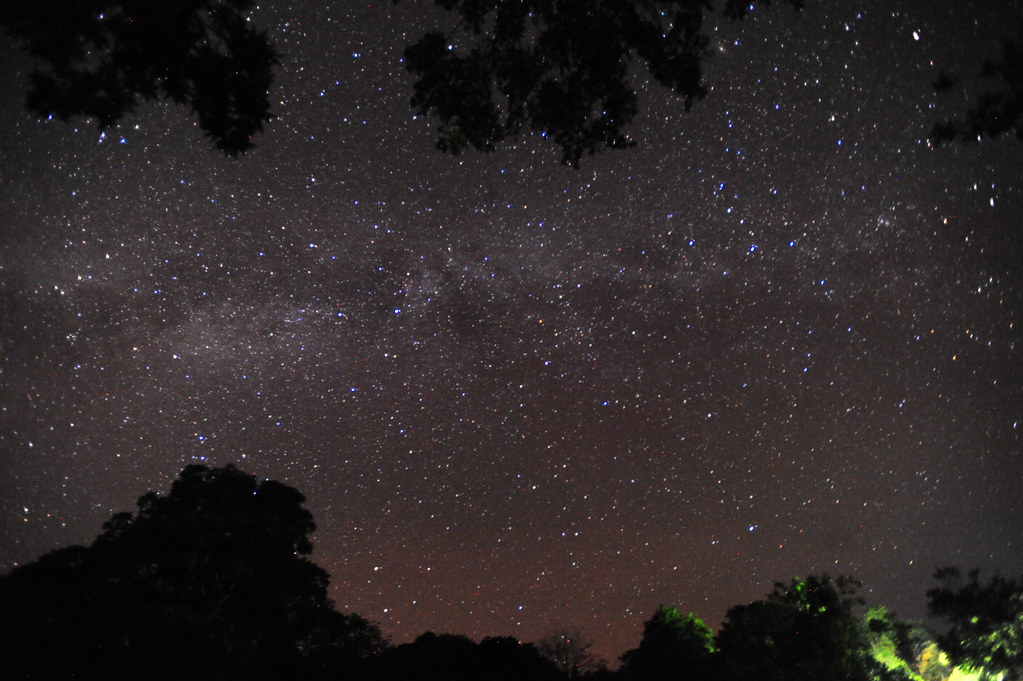 and Tikal by sunrise: 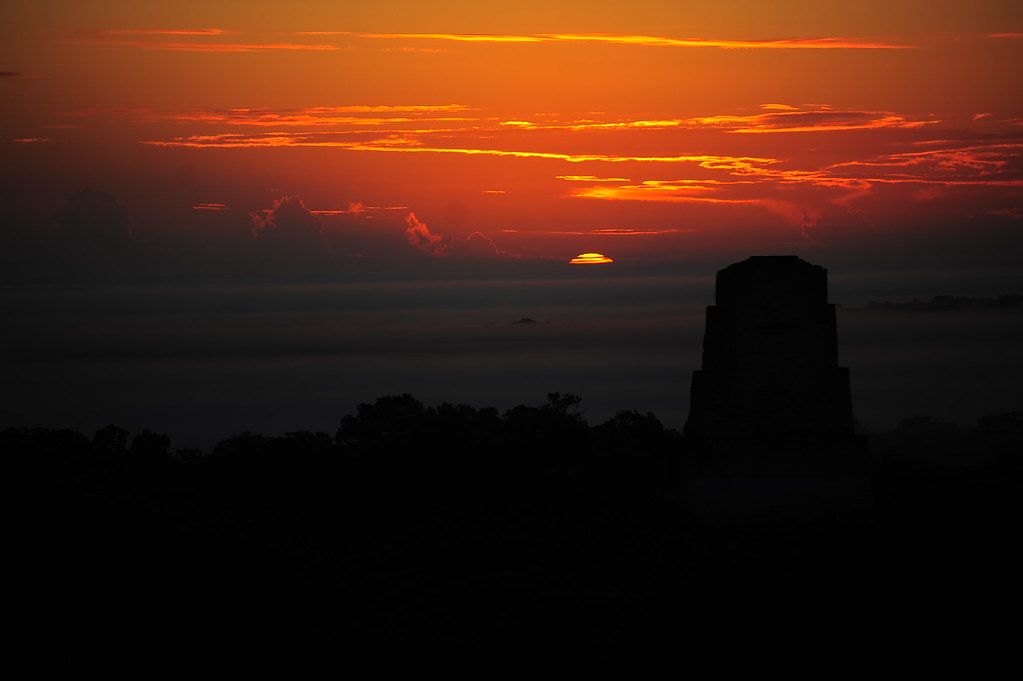 For the sunrise option in Tikal,you’ll have to plan ahead; it’s a little more tricky to pull off than the simple “Oh I’ll just wake up earlier and catch a tuktuk to wherever I’m supposed to be.” For starters, you must stay INSIDE the park the night before; you can’t catch a shuttle bus from nearby Flores or El Remate (the usual backpacker haunts) at 3am as the first shuttle buses between those places don’t start running until 7am after sunrise. Our original goal of heading straight from Guatemala City to Tikal early and catching the sunrise the moment we arrived were dashed away when we realized the latter fact; it’s a good way to make sure tourists pay for an overnight stay in the park.

Once you find that place to stay overnight (either Jaguar Inn, Tikal Inn, or camping out inside the tent gear you already brought over), plan to wake up at 5am so you give yourself time for a little hike to the top of Temple IV (about 2km from the park entrance). You’ll also have to buy a “Sunrise tour” ticket at the entrance for 100 quetzales (about $11-$12 USD) as well as an ADDITIONAL full-day entrance ticket (150 quetzales or about $20 USD).

We, however, were able to finagle our way out of this requirement by telling the guards in Spanish we had to catch a 7am bus to Belize and that we only intended to take 2-3 photos of the sunrise before bouncing out of there (we weren’t lying, actually!). This convinced them, and we ended up saving $20 USD at the gate. 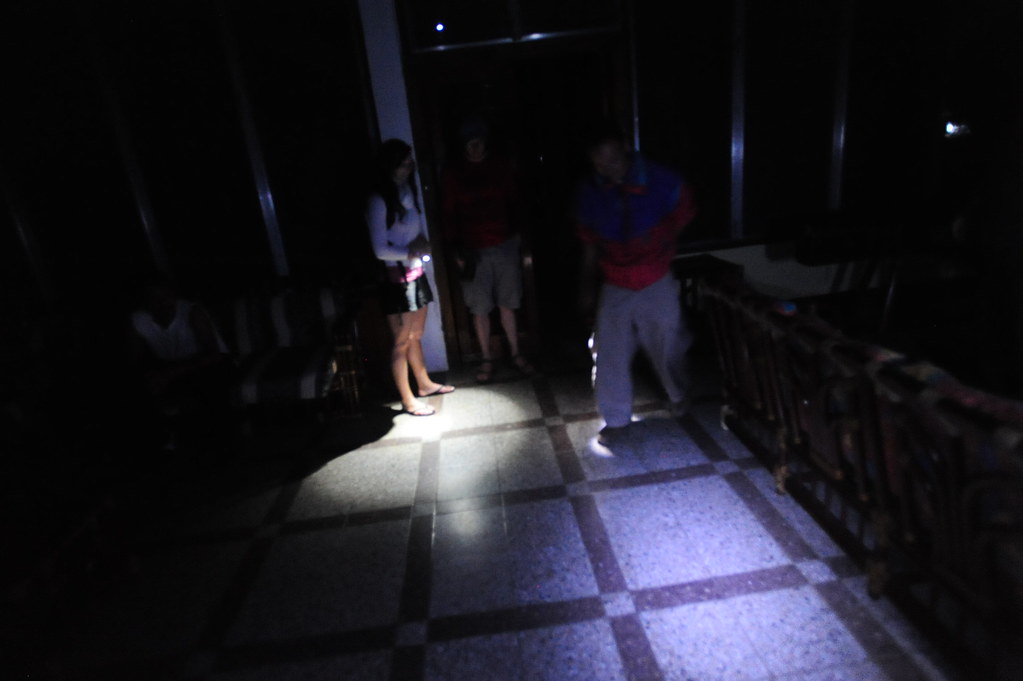 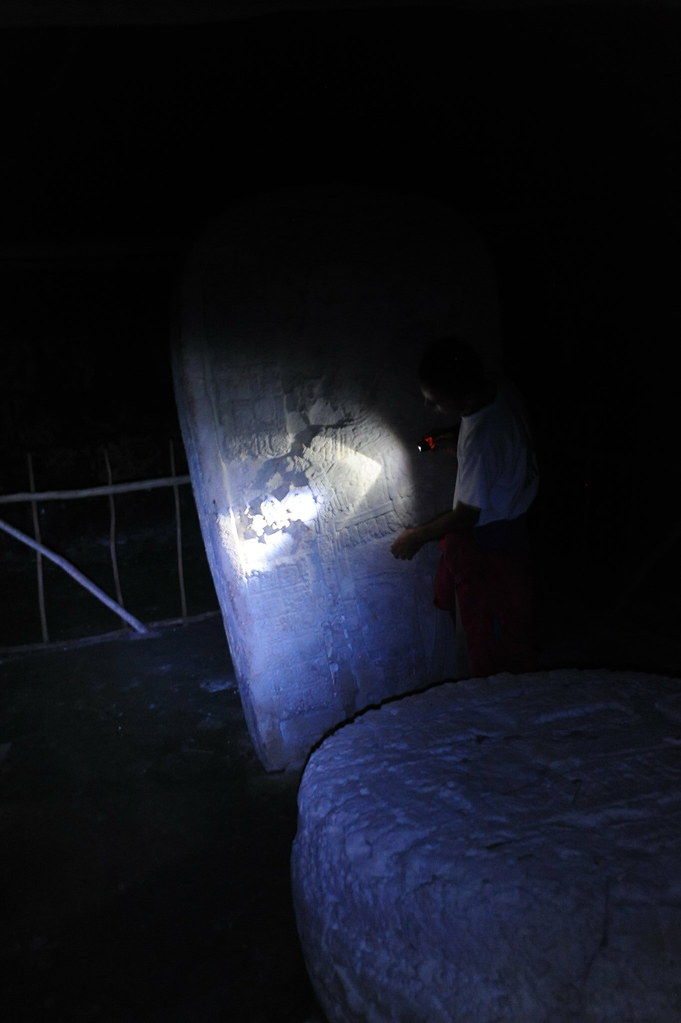 Thanks to an offered complimentary sunrise tour by choosing to stay at Tikal Inn, we awoke at 4am to enjoy a free mini tour of Tikal before sunrise; this allowed us to sneak glimpses of local wildlife including jaguars, crocs and grey foxes at night. Our guide also explained in detail about Mayan culture and civilizations as well as teaching us how to count numbers in the carved Mayan hieroglyphics. And keep in mind, all of this was free including a complimentary dinner and breakfast at Tikal Inn! Highly recommended deal.

By 6am we hiked up once again to the top of Temple IV to catch a stunning sunrise over the sound of howler monkeys (the same sound they sampled for many of the dinosaur cries in Jurassic Park) in the jungle: 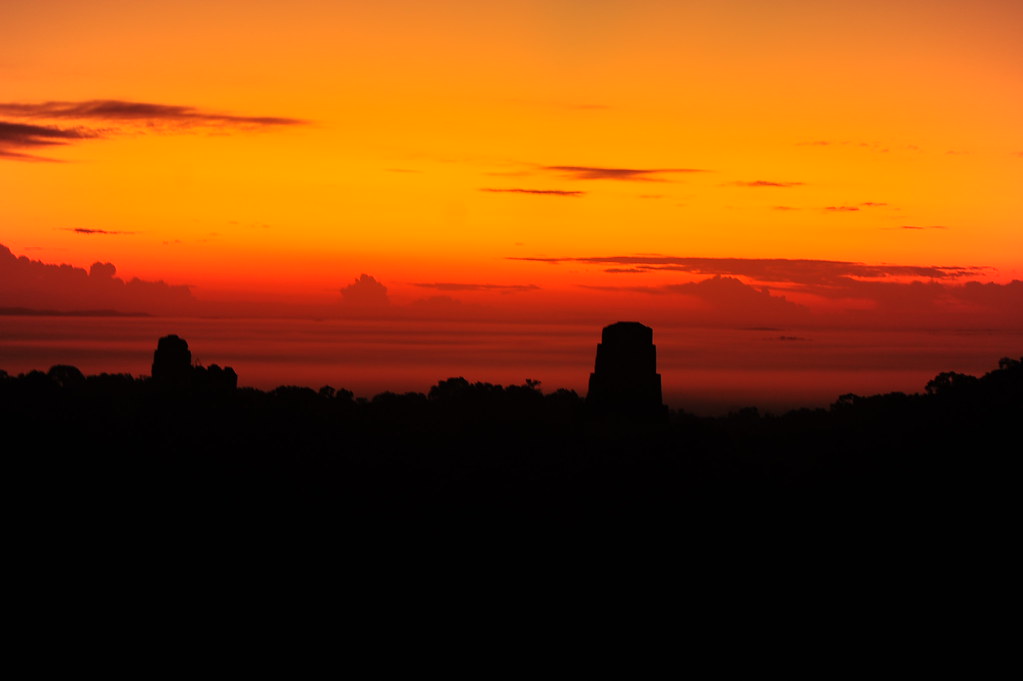 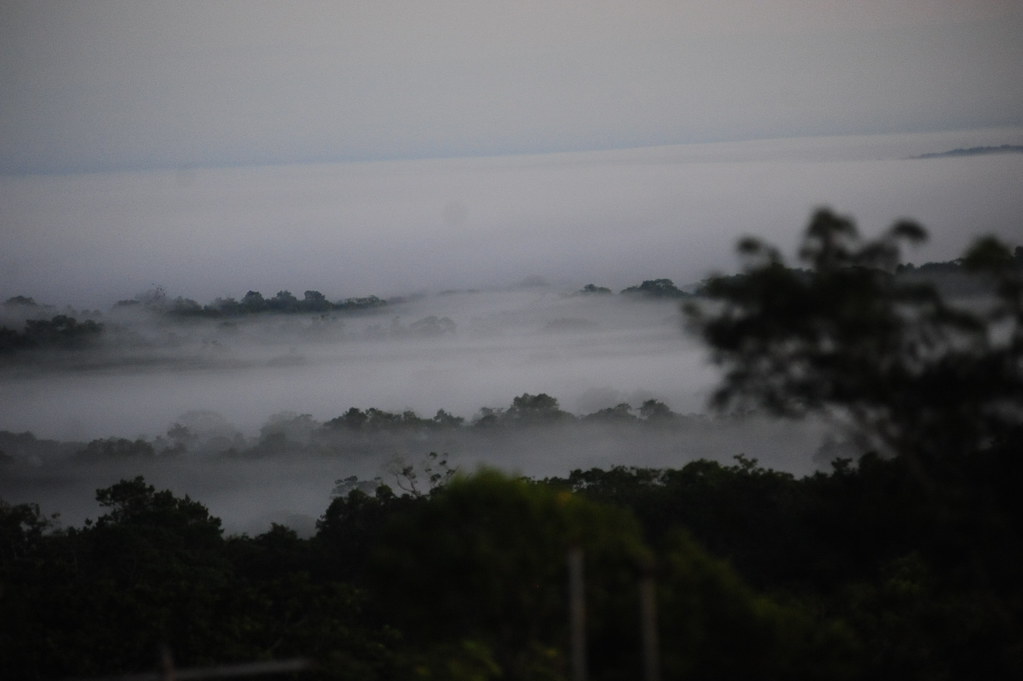 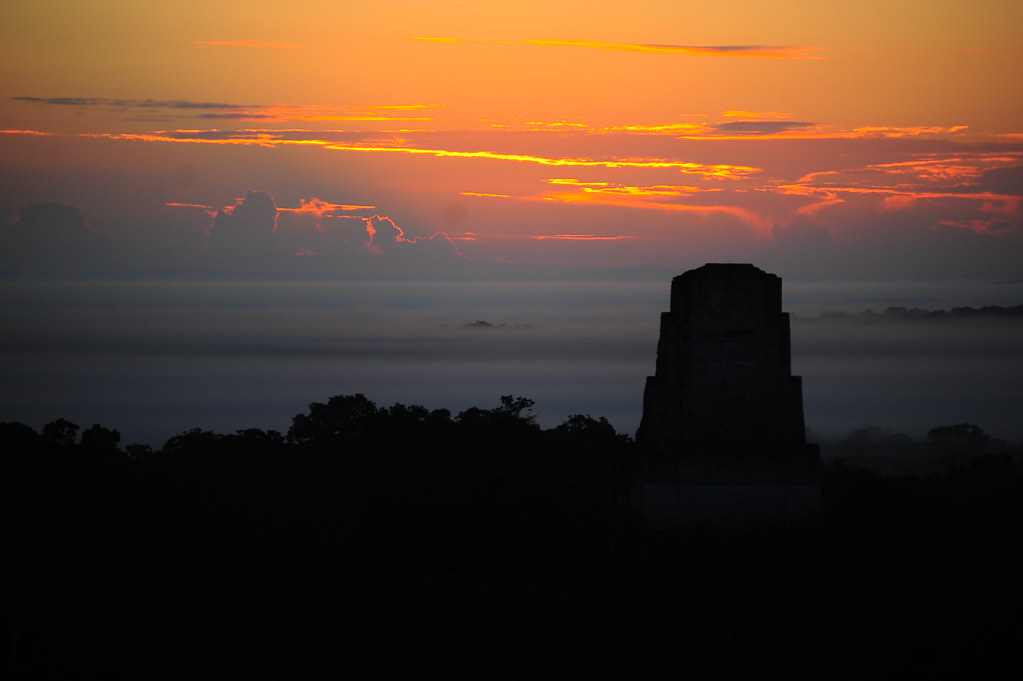 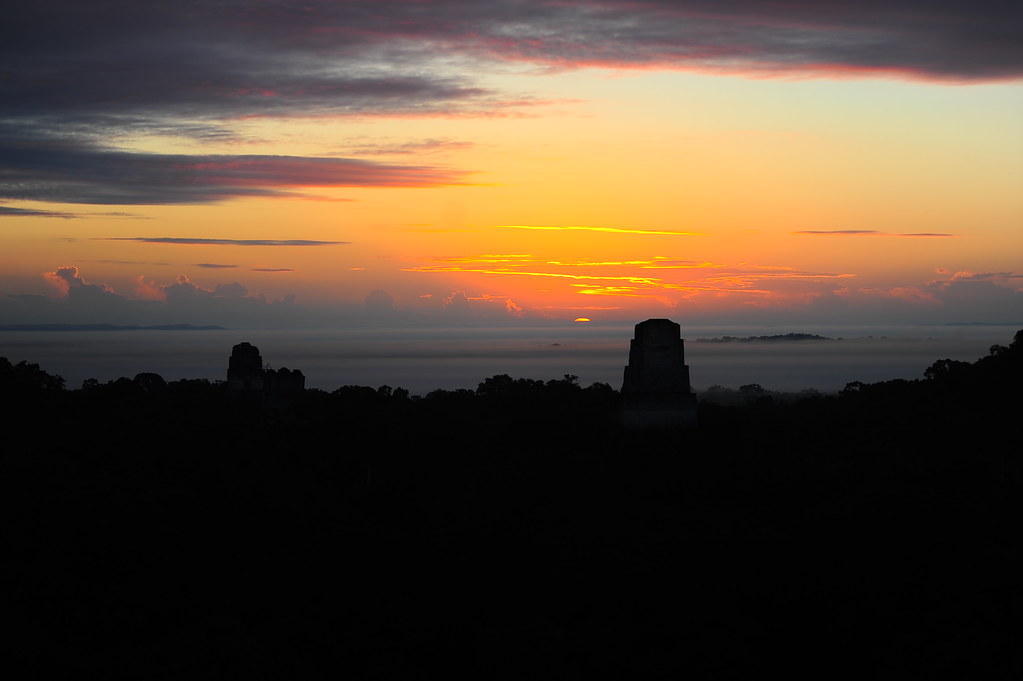 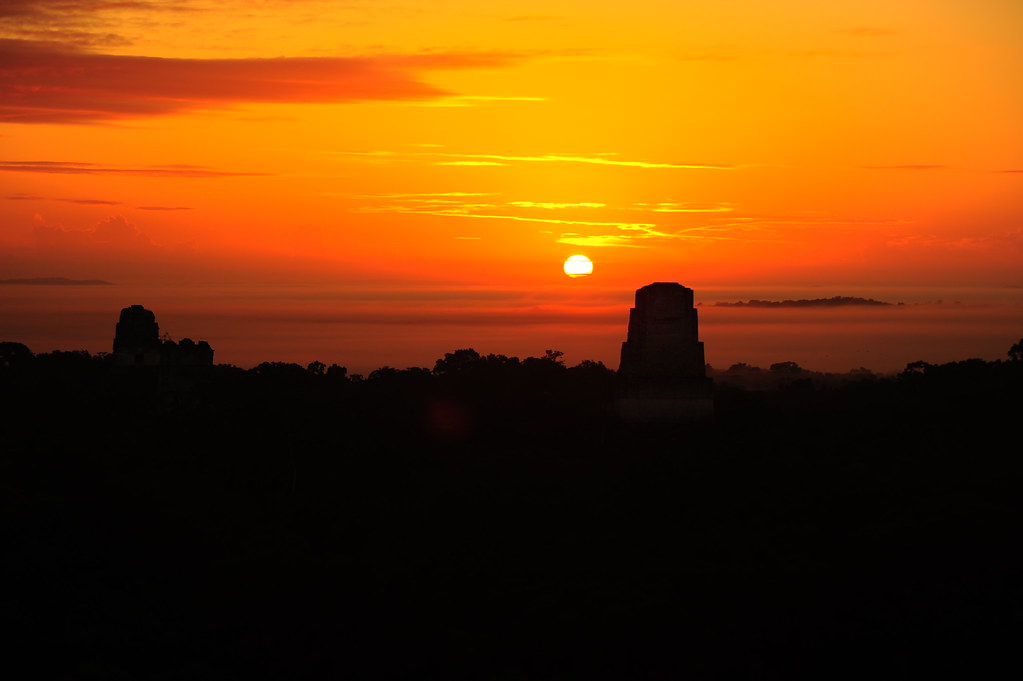 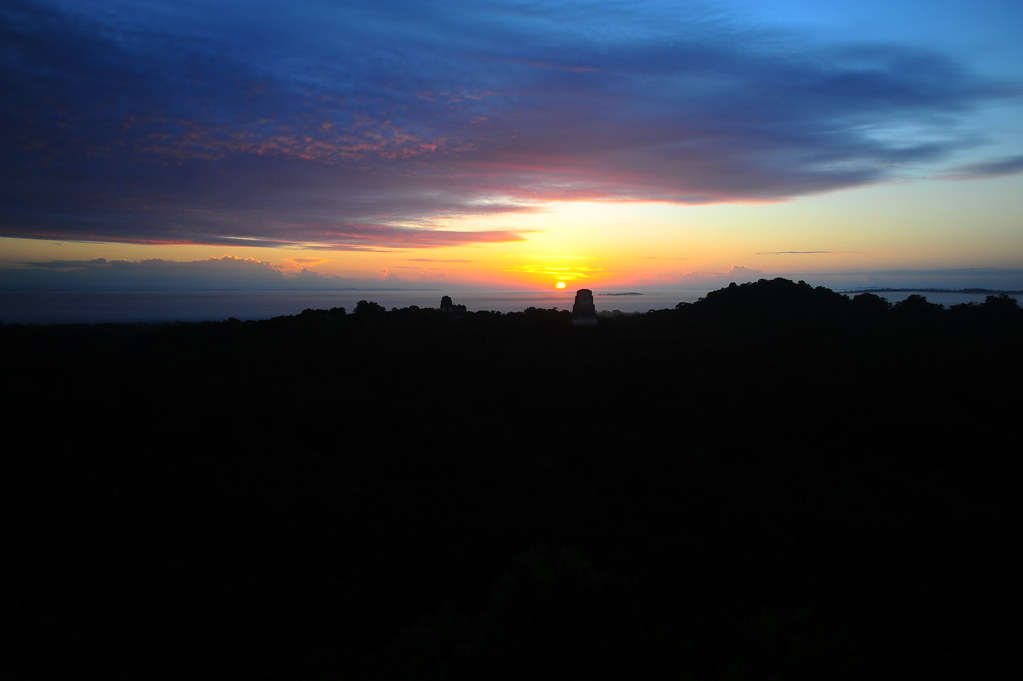 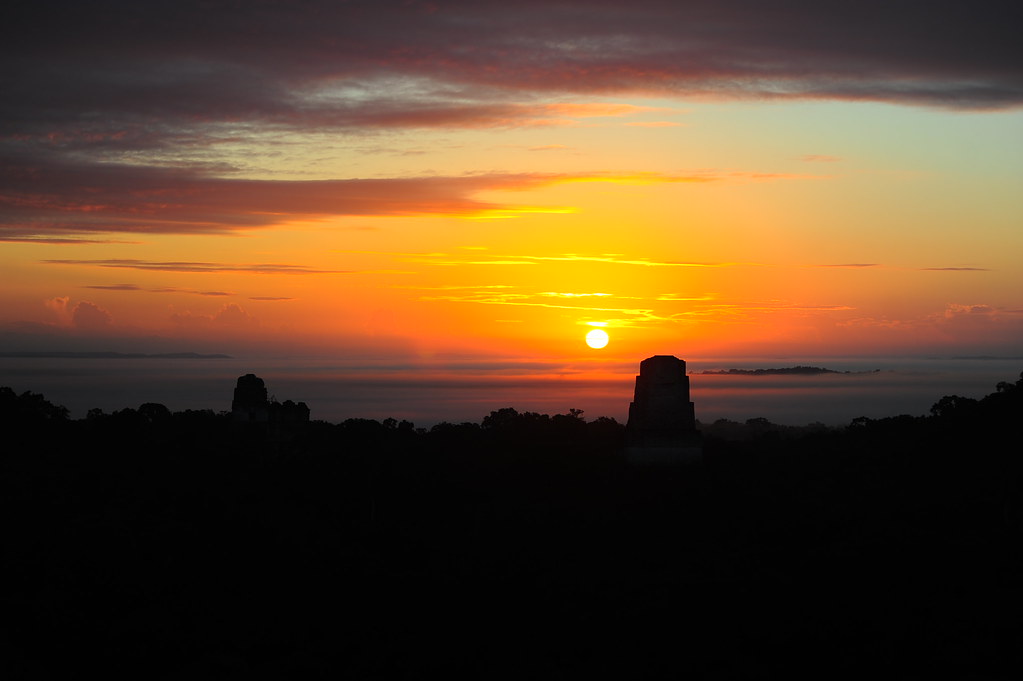 Of course, I couldn’t help but to do it one more time: 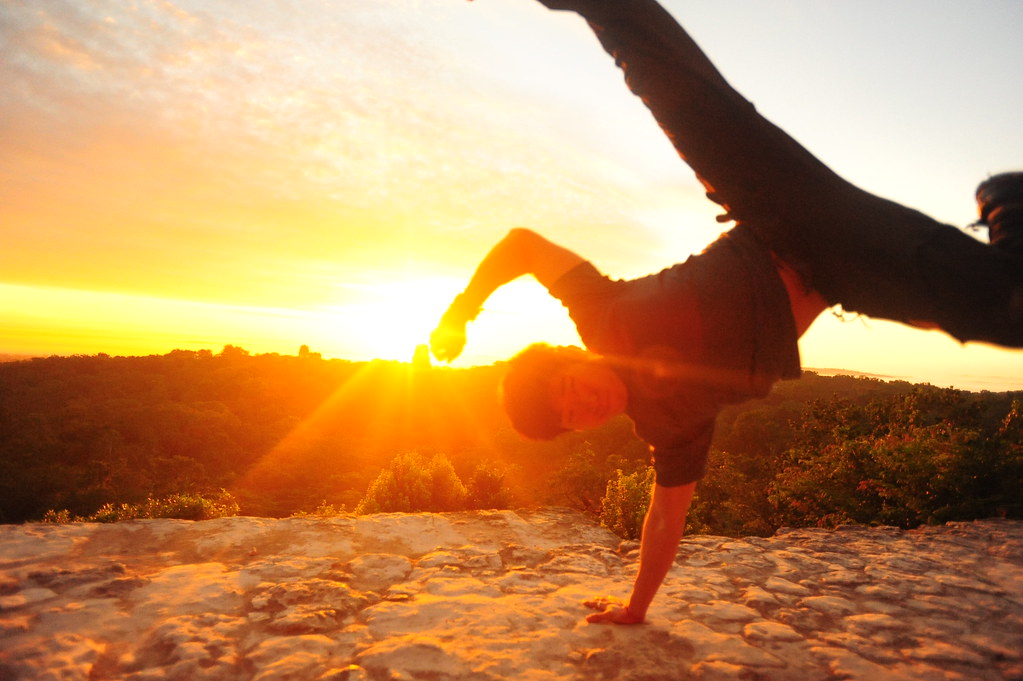 Tikal just got served at sunrise

After savoring in this dose of gorgeous, at 6:30am we race-walked back to Tikal Inn to catch our 7am bus to Belize. We just barely made it: From the top of temple IV to Tikal Inn should be about a 30 minute trek . 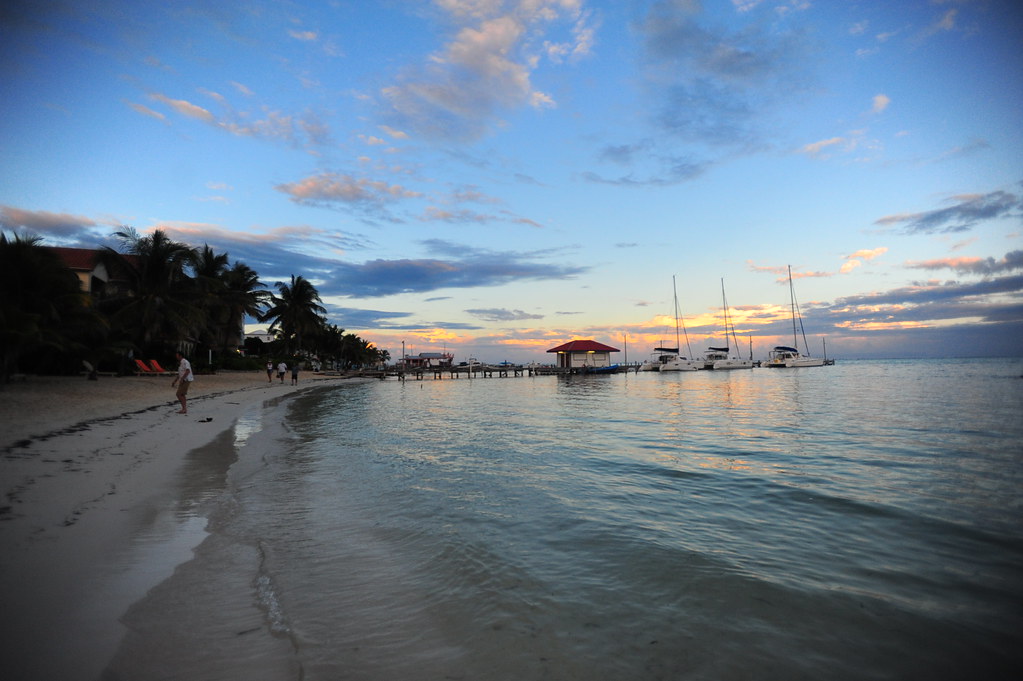