We had a 5 hour layover in Frankfurt after leaving Iran, which we made the most of despite being severely underslept. From the airport we took a 10 minute train ride (4 stops I believe) to the main area of Hauptwache. 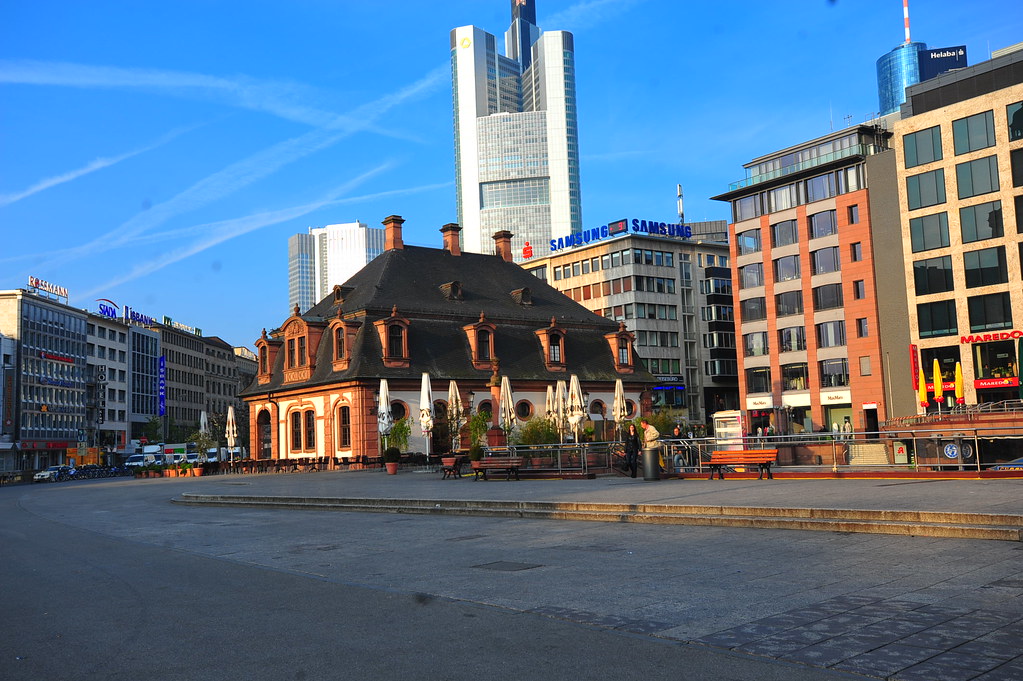 Scatter up to the top of the Galeria Mall next to the Hauptwache train station to get some great views of the city: 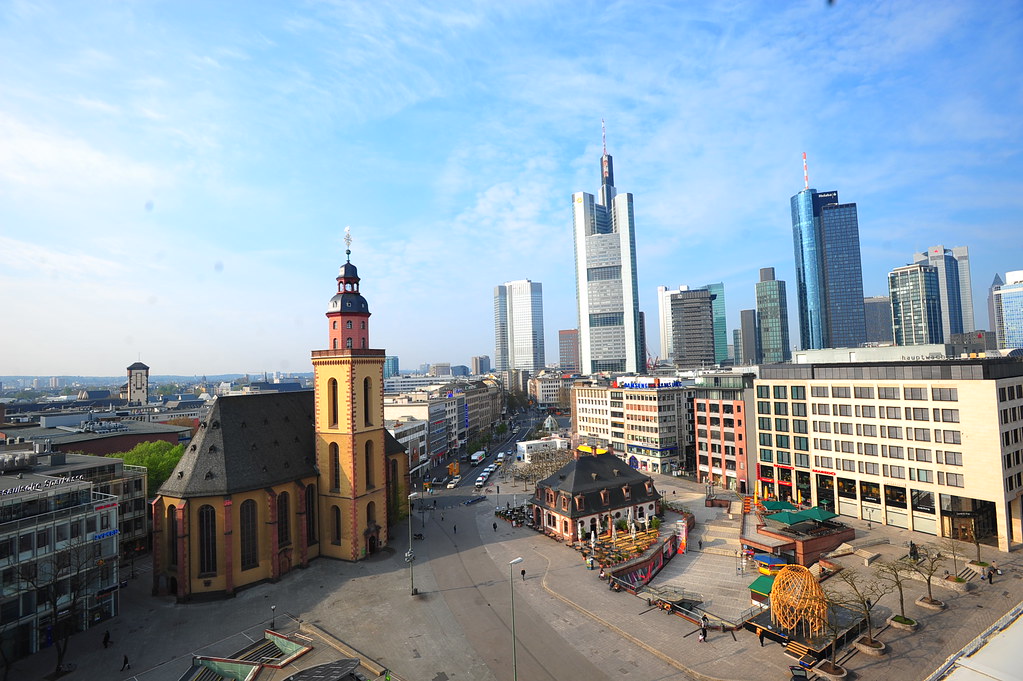 From Hauptwache, head south towards the river, where you’ll pass by Frankfurt’s distinctive Römer square. It’s famous for its reconstruction of 6 old-school style buildings that was characteristic of Frankfurt before it was bombed out during World War II. 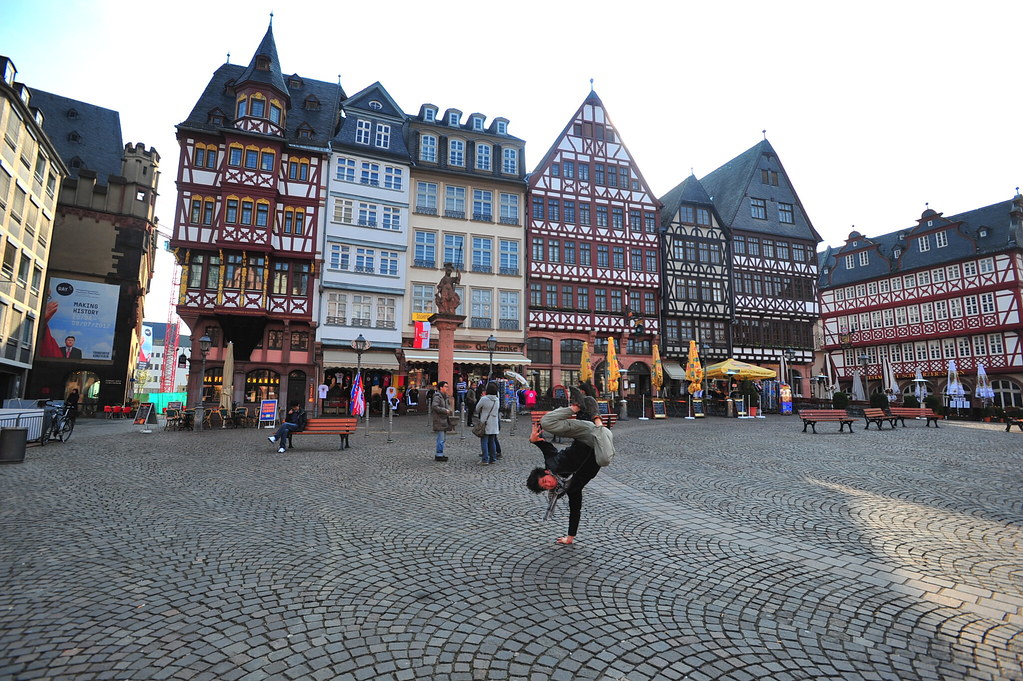 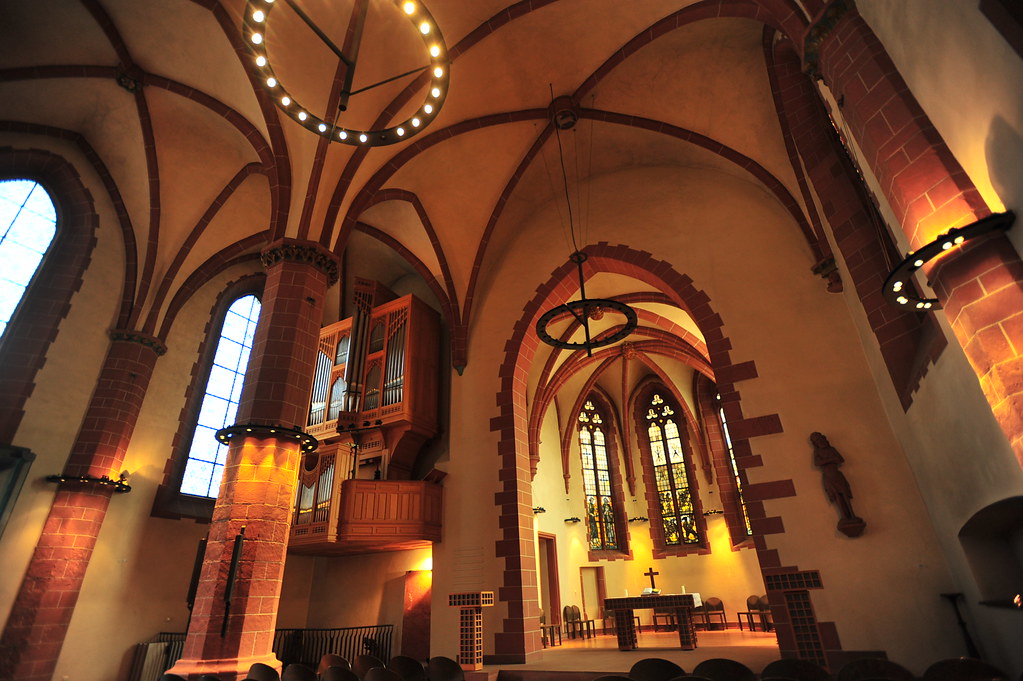 Inside one of the churches by Römer square

Keep heading south until you hit the River Main. Cross the bridge and let your heart flutter over the thousands of public displays of affections via literal “locks of love.” Each one is supposed to represent a real life star-crossed couple. 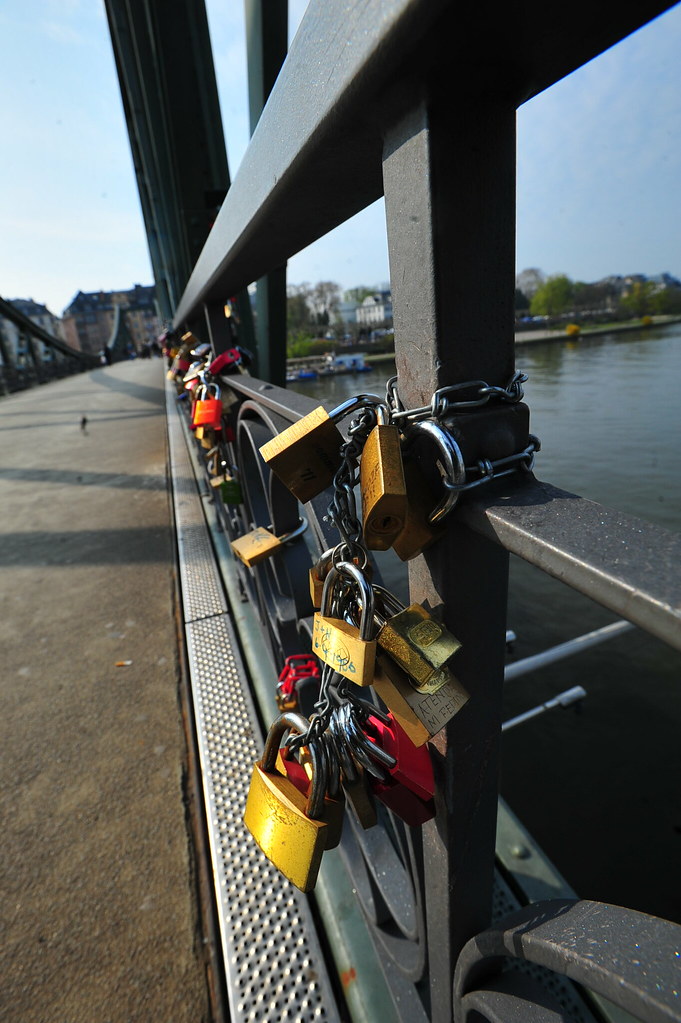 If you’re lucky like we were, you’ll come across a street fair. Shop and eat to your heart’s delight: 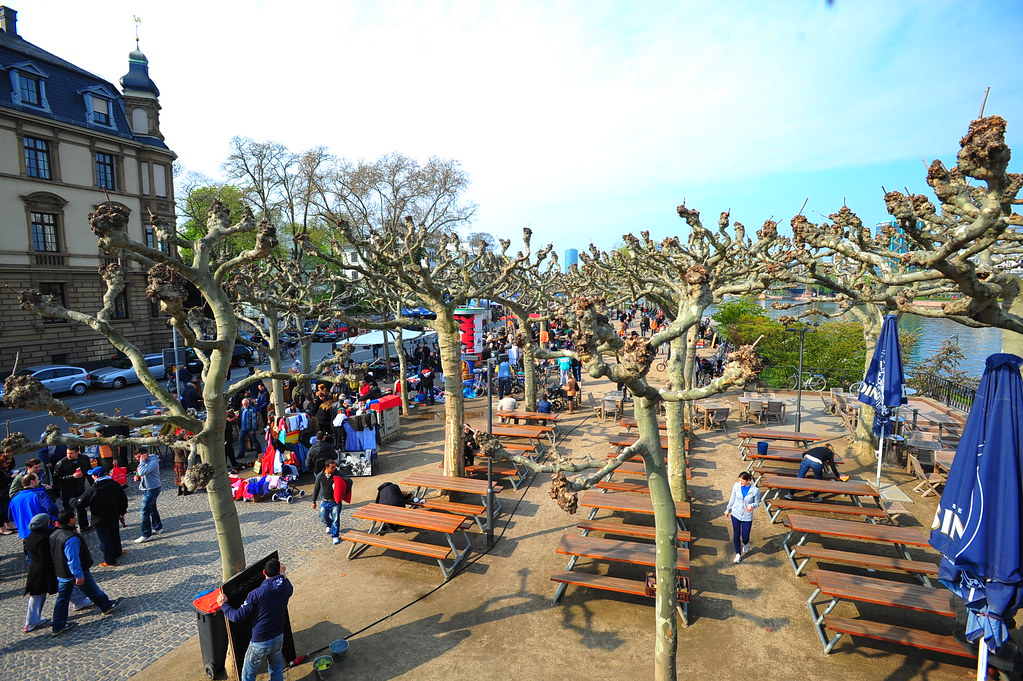 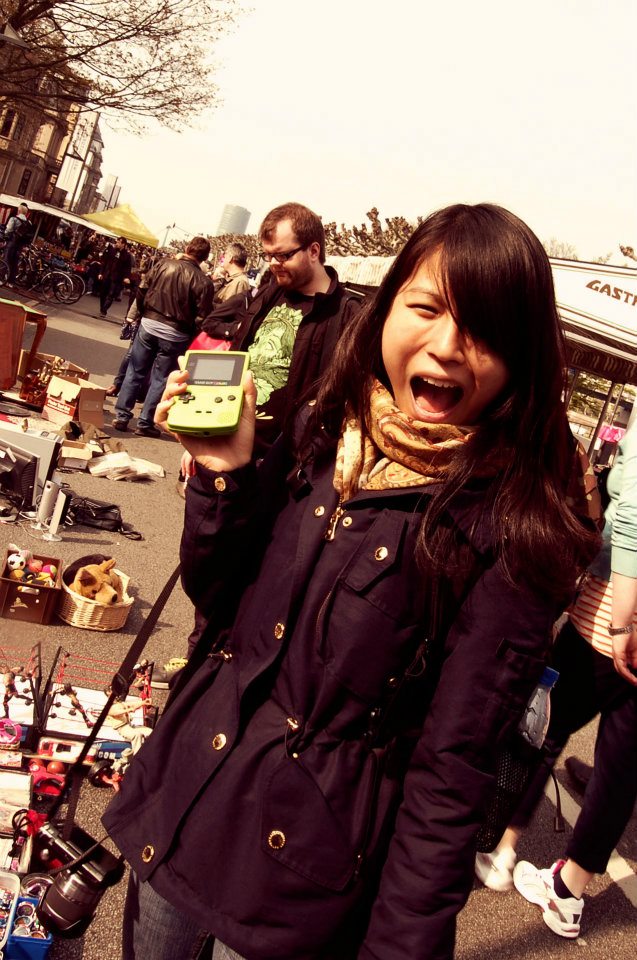 Nina gets a little excited over her childhood. Photo Credit: Cynthia Koo 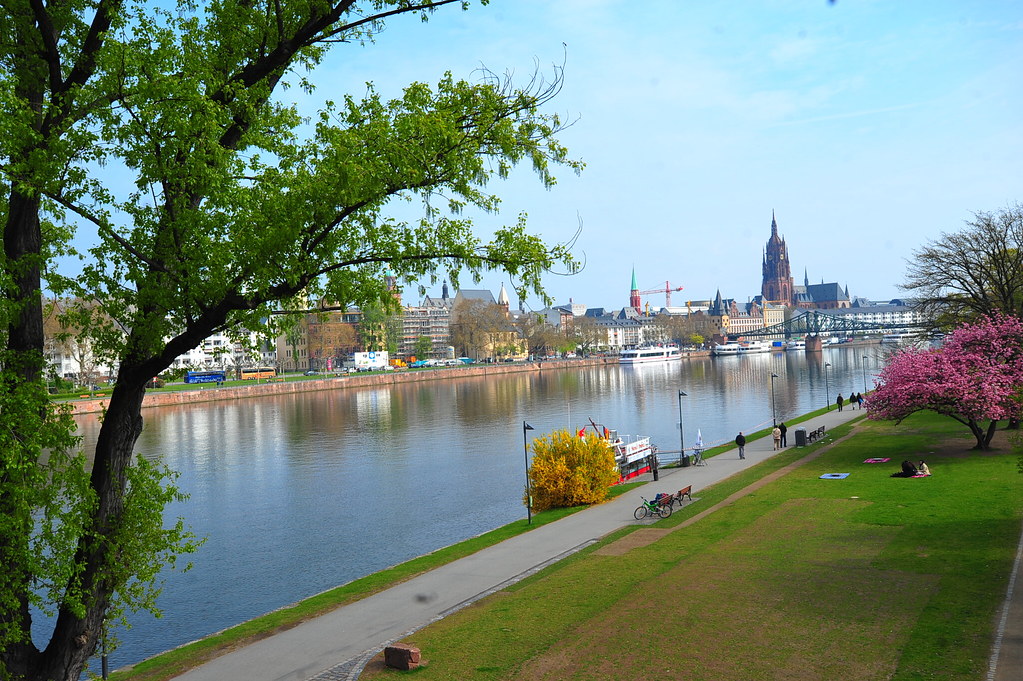 We walked westwards for a bit before deciding to head back across the river to see the giant Euro in front of the European Central Bank and the remnants of the Frankfurt chapter of “Occupy Wall Street.” 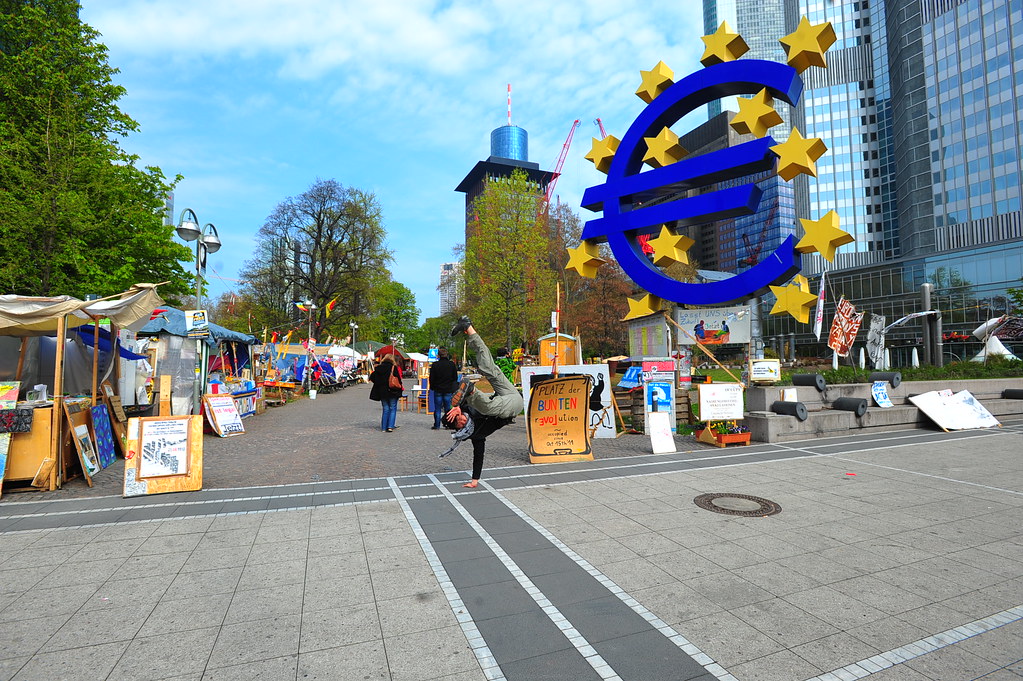 The European Central Bank, "Occupy Frankfurt" and the Euro all just got served at the same time

And then it was back to Hauptwache before returning to the airport. 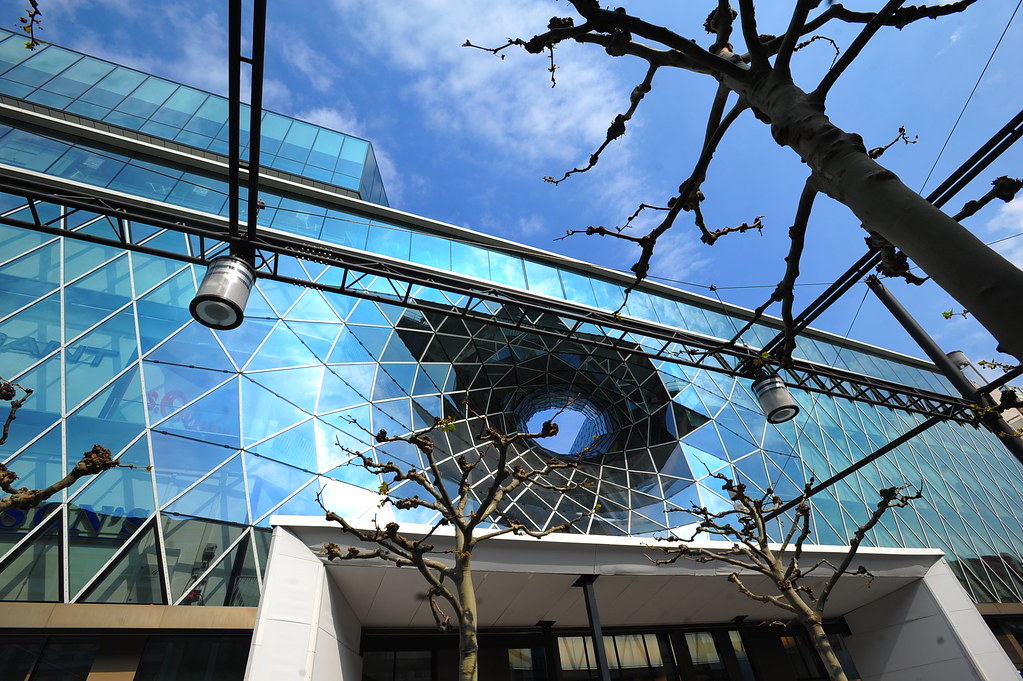