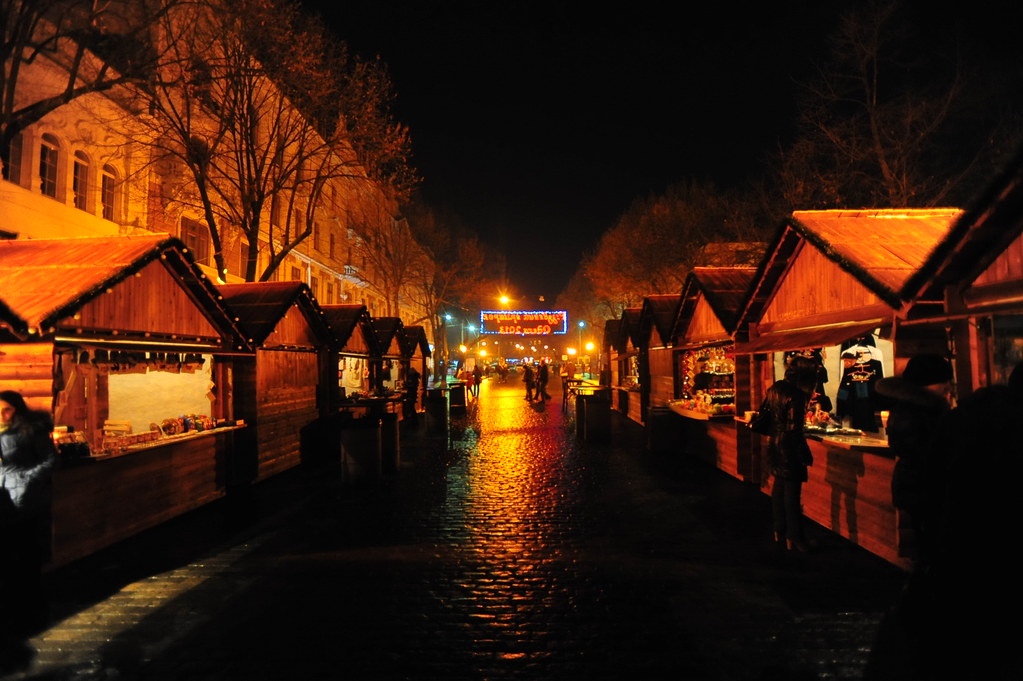 The guidebooks never said anything about Arcadia Beach in the winter.

For the record, Arcadia Beach is a famous nightlife spot and one of Odessa’s “must-sees.” It’s pretty much a party on the beach by the Black Sea and guidebooks constantly reference it as the reason why most people head to Odessa. However, none of them say anything about what Arcadia Beach is like when visiting in the dead of winter.

So the group decided to check it out for themselves; we all hopped on Tram #5 in front of the McDonald’s by the Central Train Station (2 UAH) which took us straight to Arcadia Beach on its last stop. 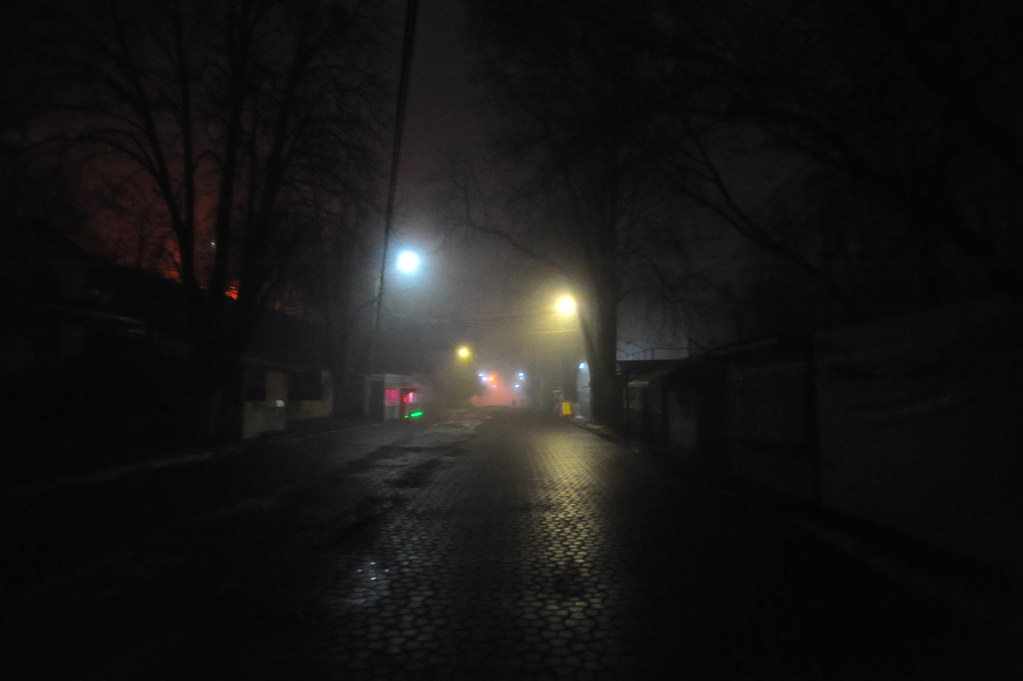 Like straight out of a zombie horror film, we walked towards the beach through what seemed like a deserted haunted carnival. 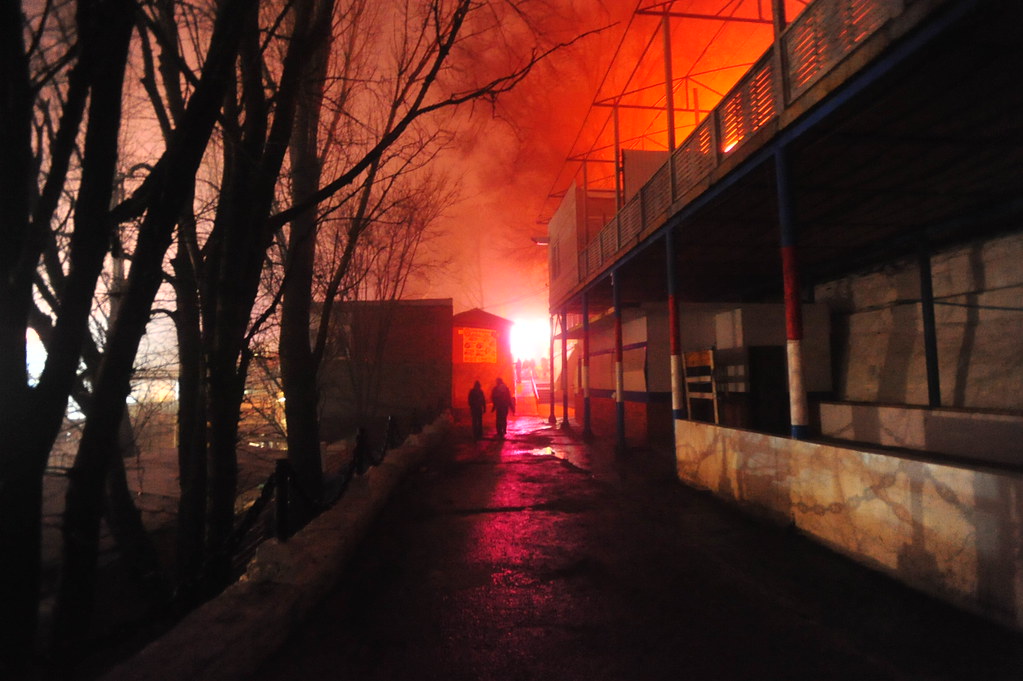 And then we found the beach. This is the Black Sea. 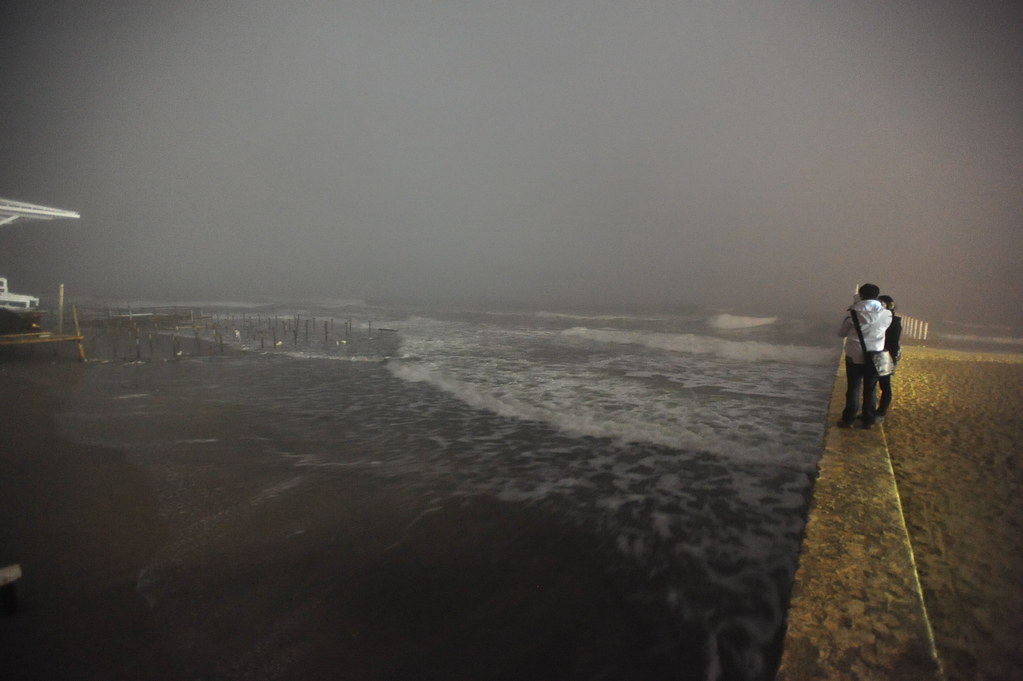 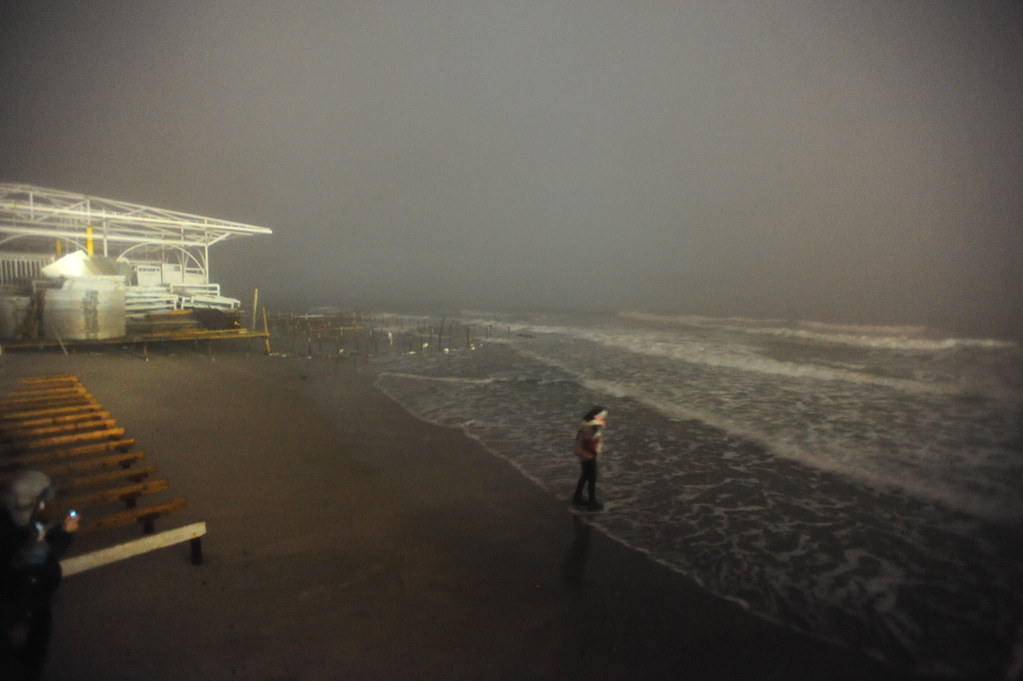 It’s really as dead as it looks. So for the record: Arcadia Beach is literally a ghost town in the winter. 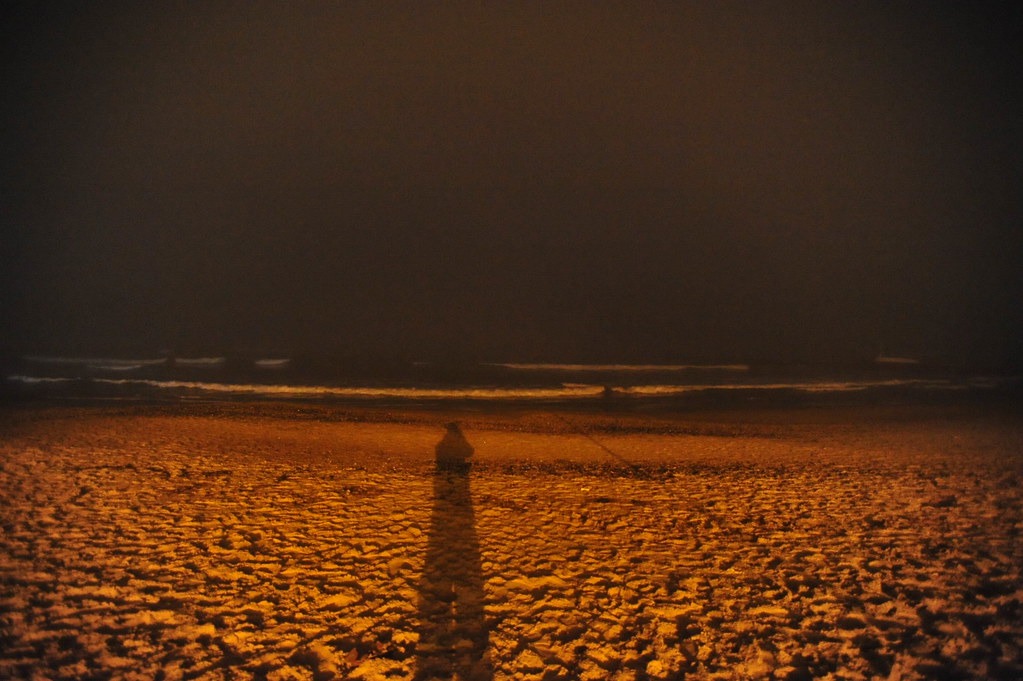 We even swung by Club Ibiza, which is supposedly Odessa’s most famous, most upscale, and most happening nightclub. It looked it got served eviction notices when we got there. 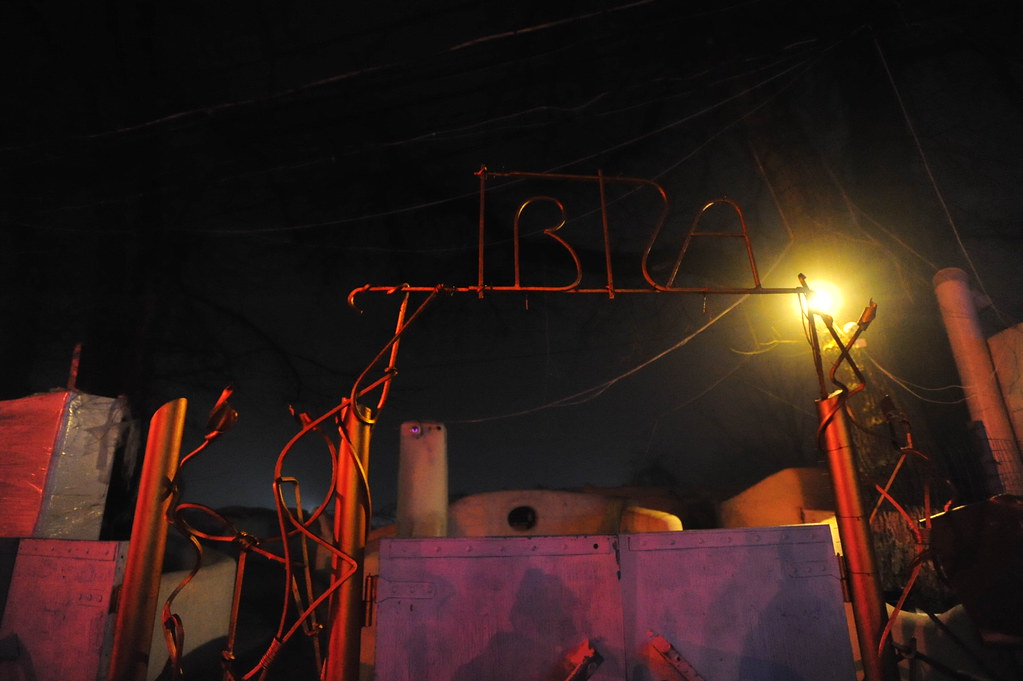 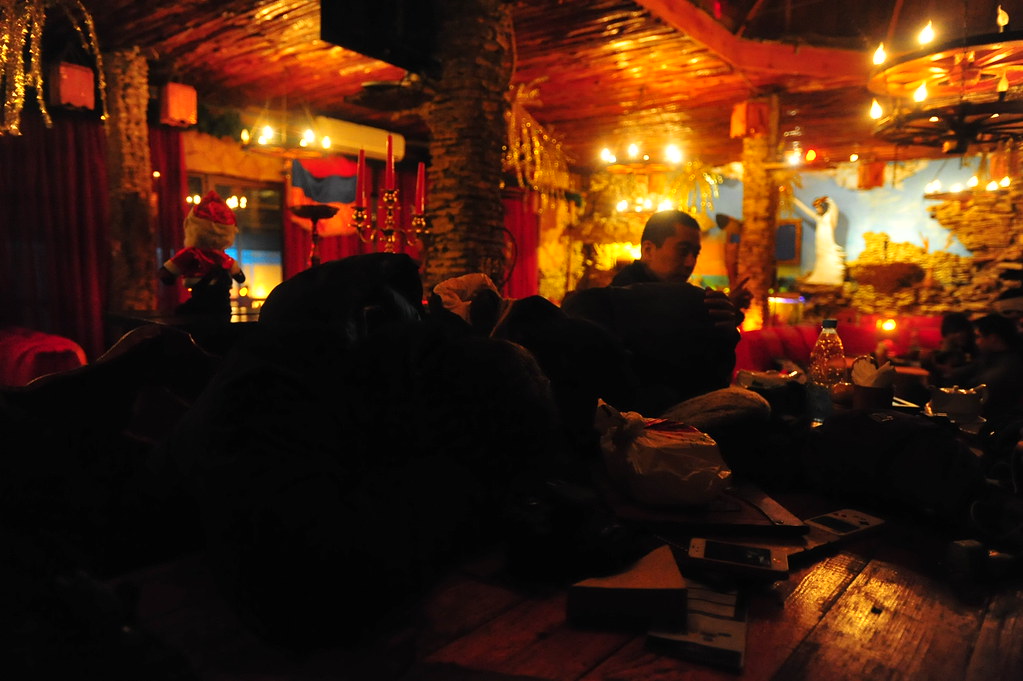 Dejected and tired from jet lag, we headed back from Arcadia Beach to the train station. Since Tram #5 supposedly stopped running at around 10:30pm according to some local youths there, we haggled down 4 cabs to take us to the train station. Along the way we passed by a perfectly functioning Tram #5 heading in our direction. Oh the irony of it all. 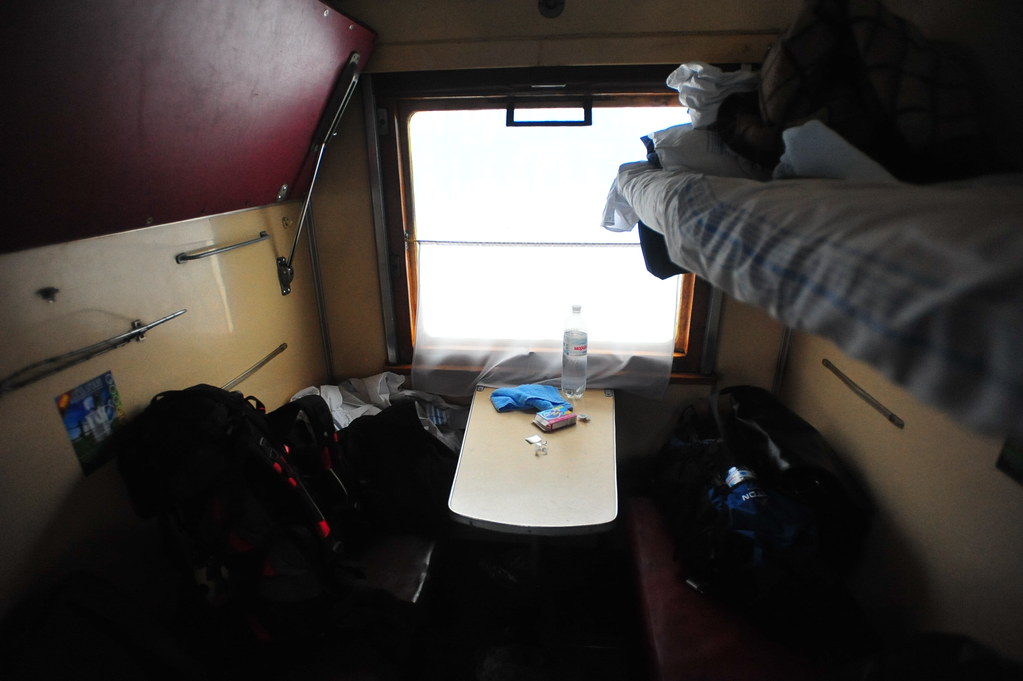 We passed out on the entire way until the train arrived on time at 9:24am. 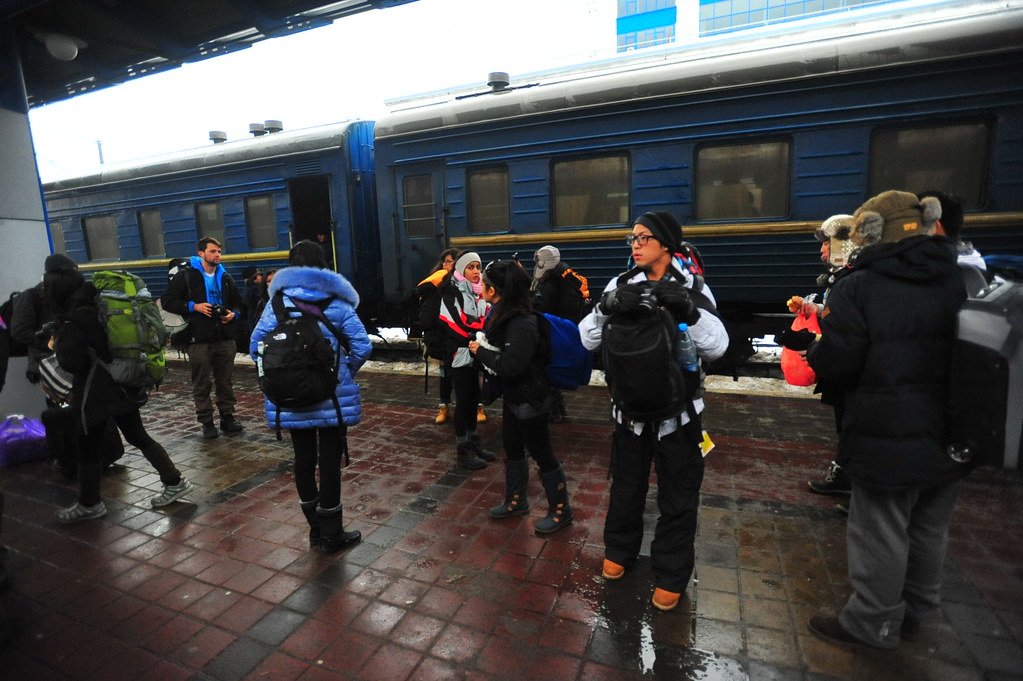 Welcome to Kiev, everyone. 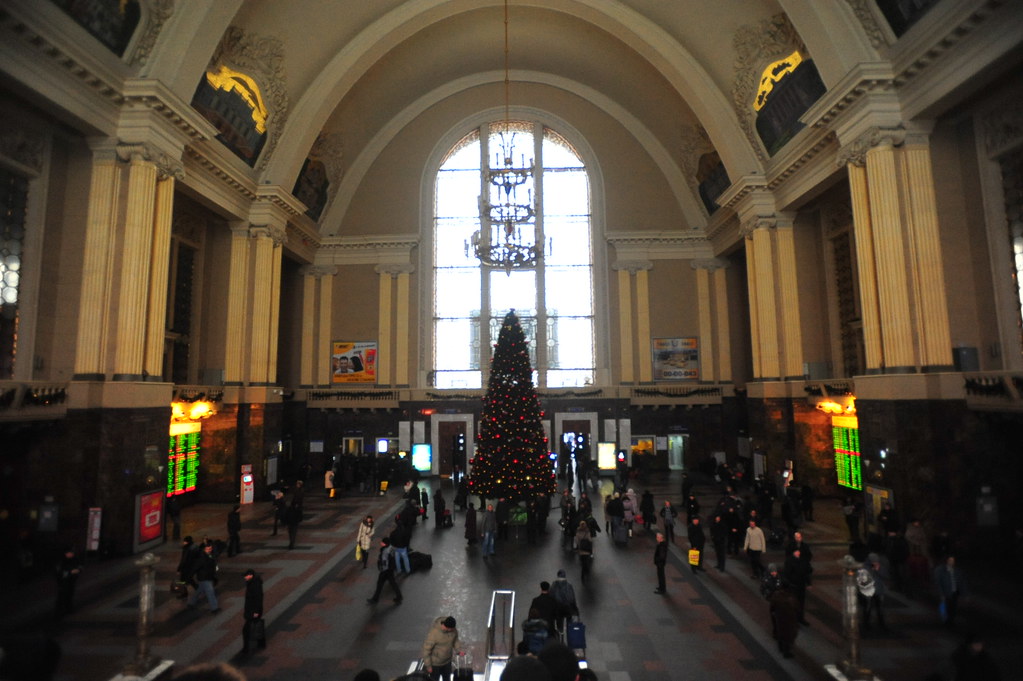