A Christmas In Buenos Aires 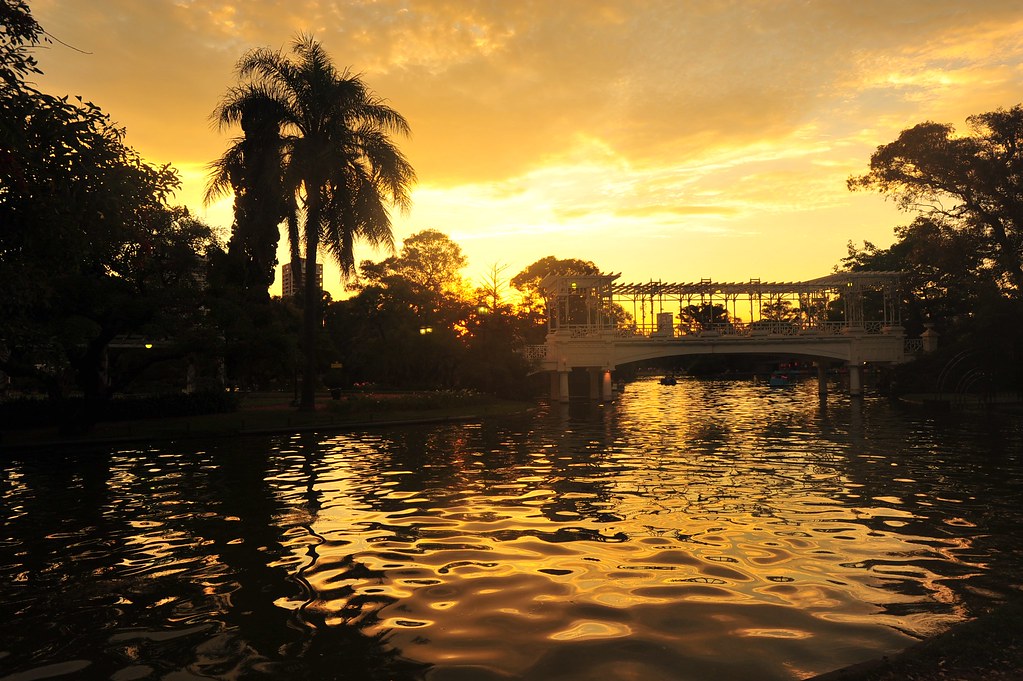 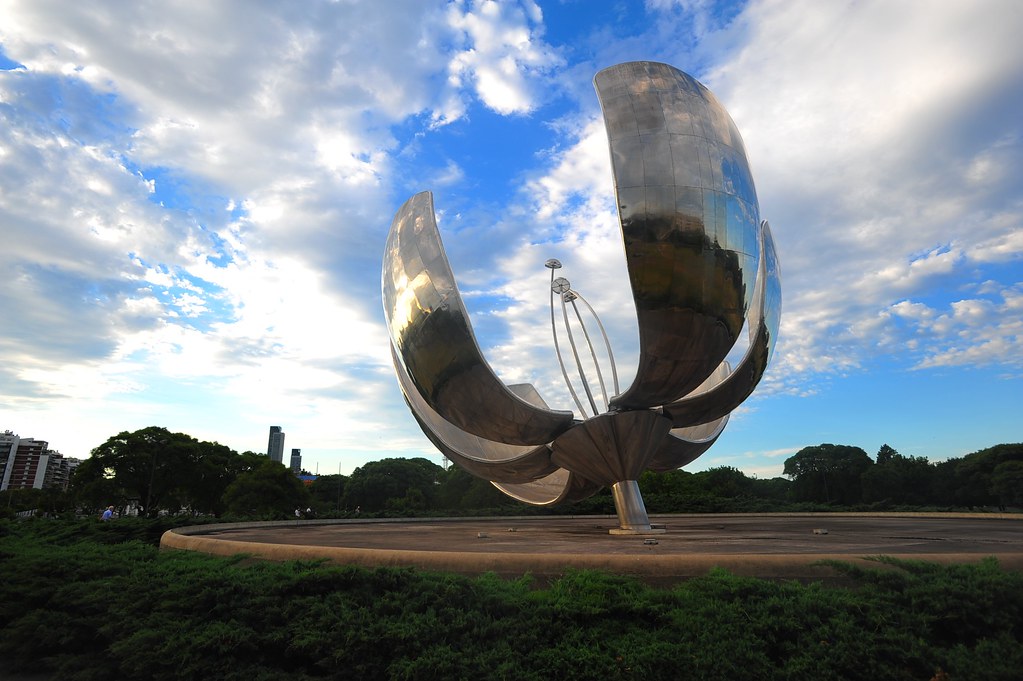 I arrived on the eve of Christmas in Buenos Aires, welcomed by fireworks among the skyline and along the streets of Montserrat: 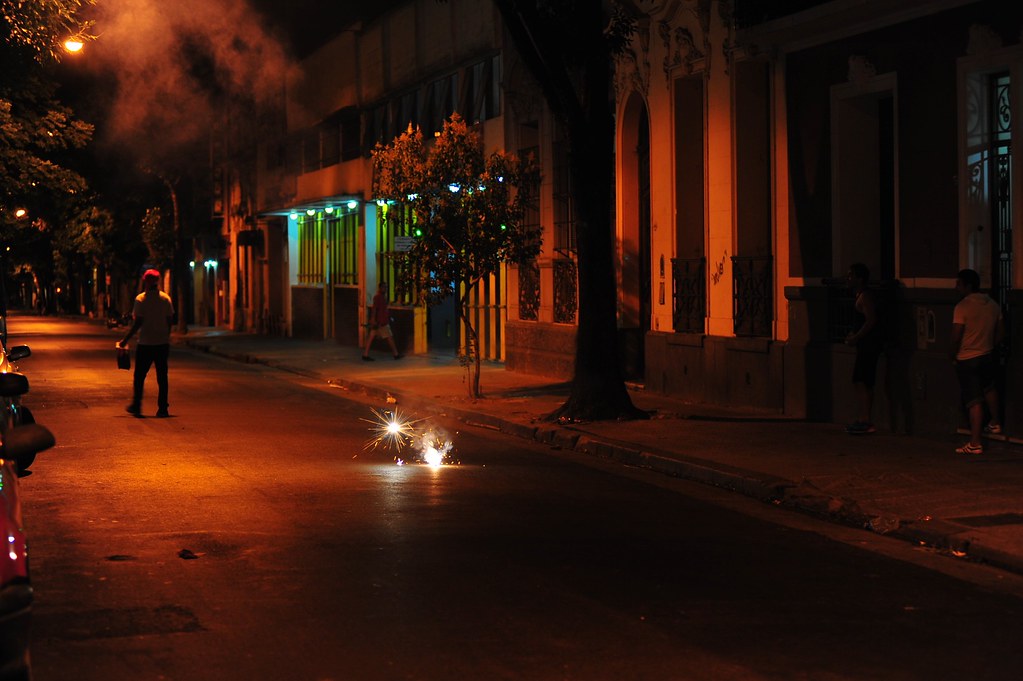 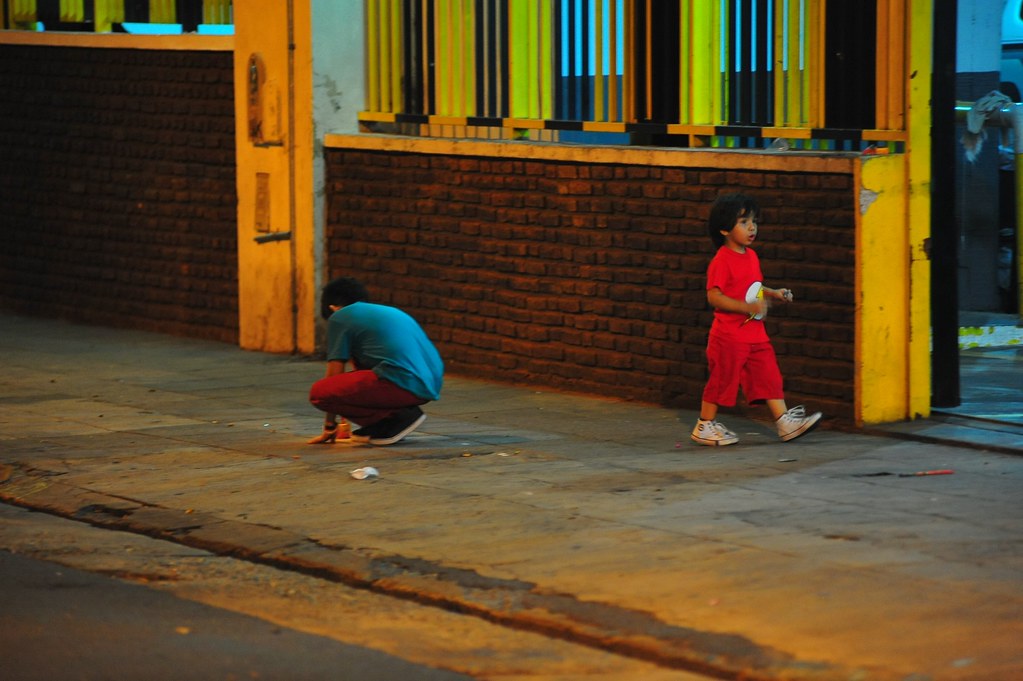 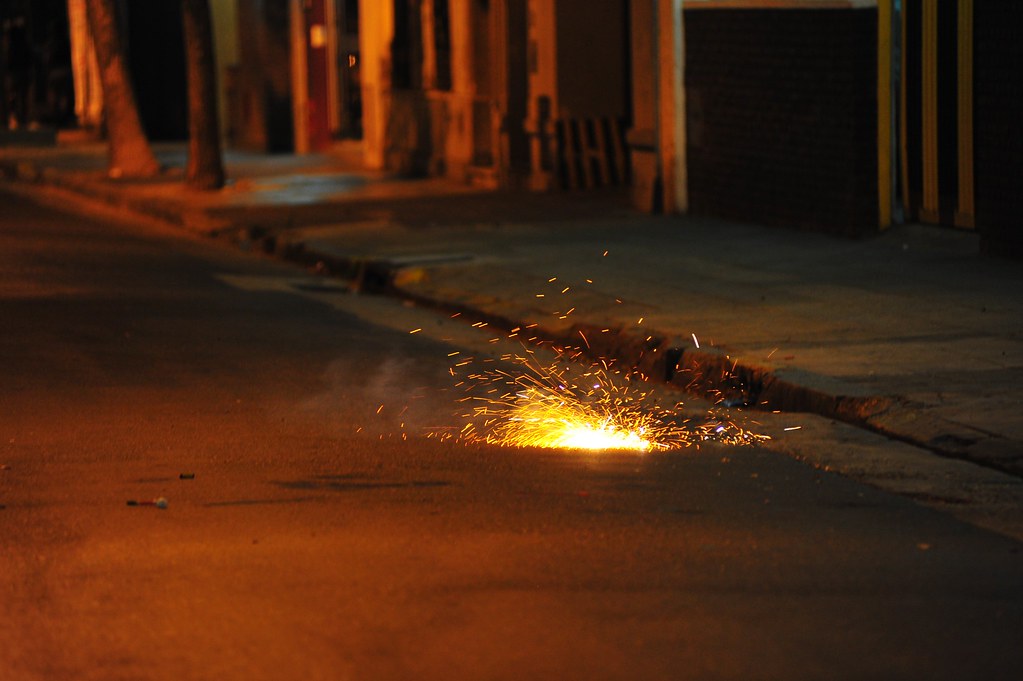 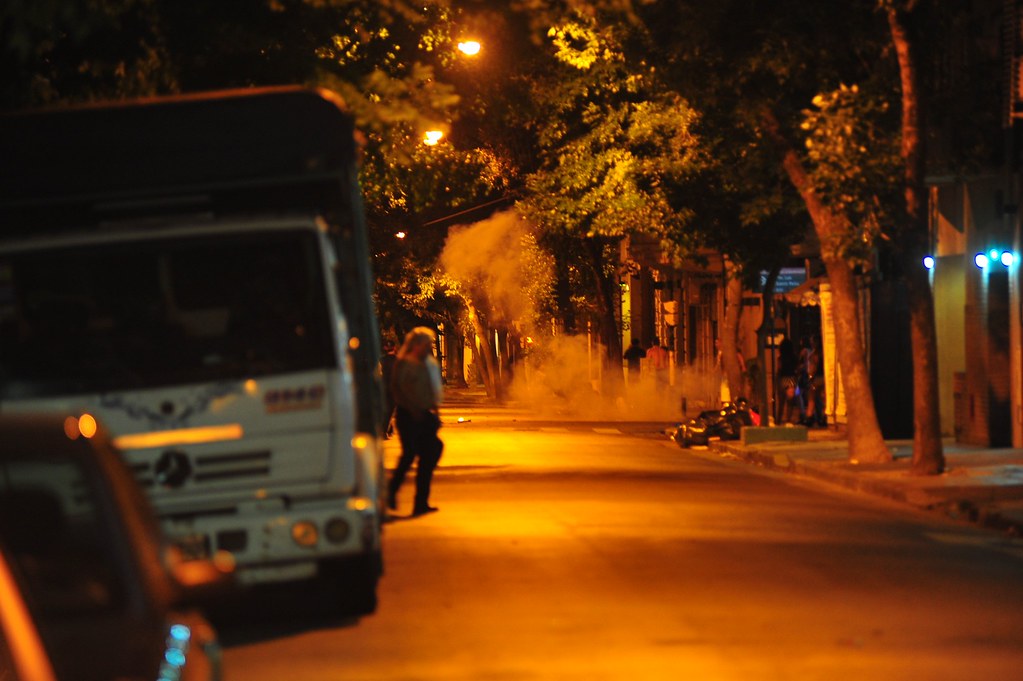 I slept in until the next afternoon where Tabitha, also recuperating from the same trip we took to Antarctica a few days earlier, rendezvous with me at my hostel.

We head out in search of food in a city in 100 degree weather, and where nothing is open on Christmas Day: 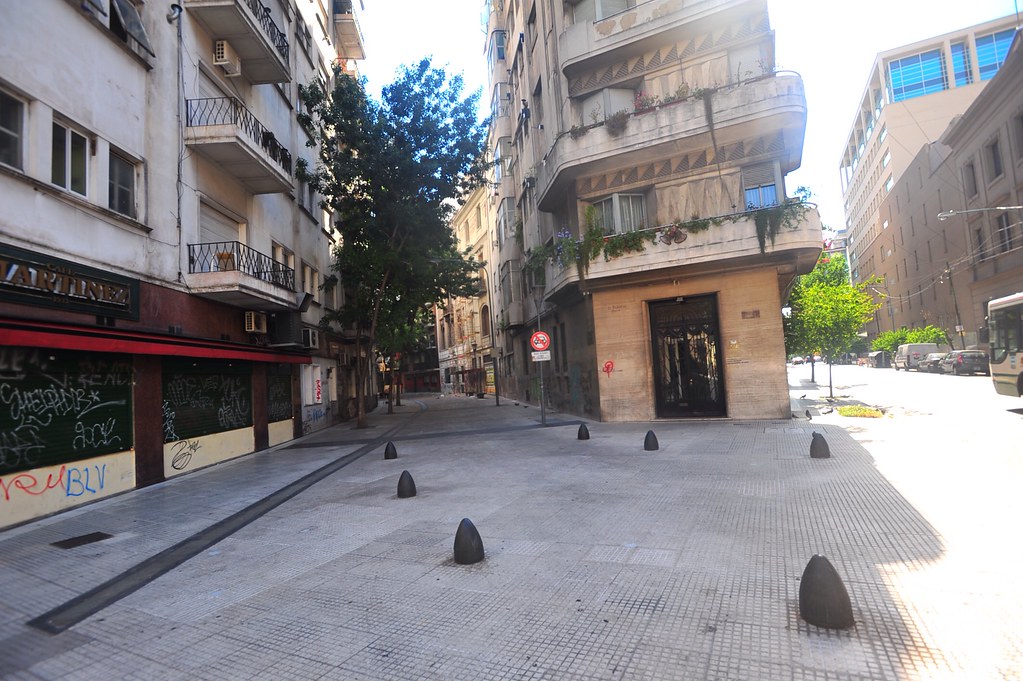 And we keep walking with no plan for the next 5 hours: 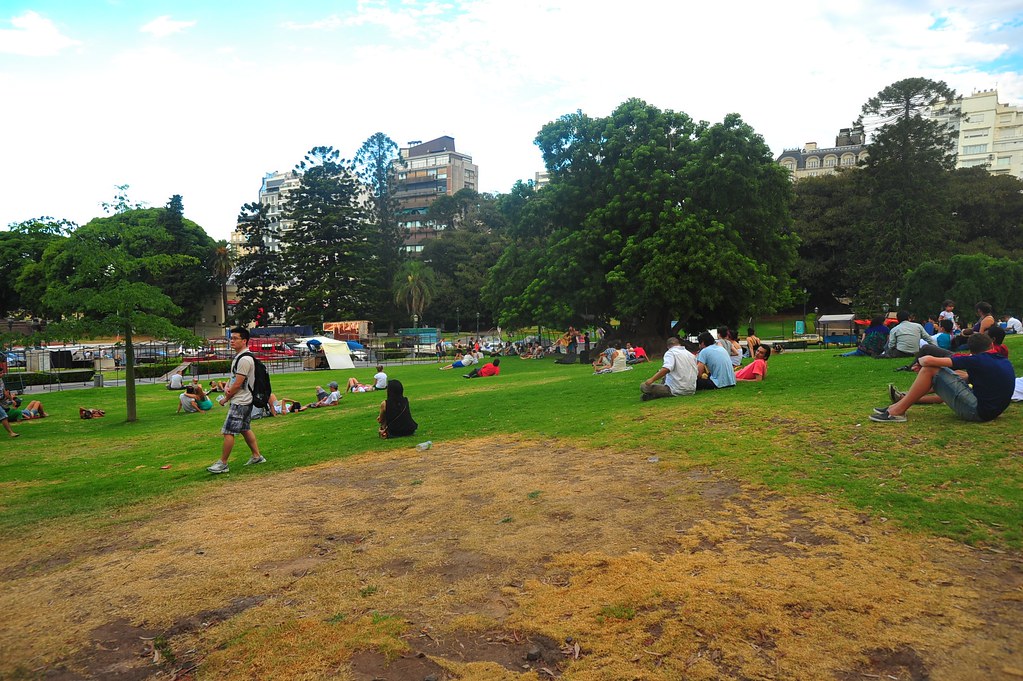 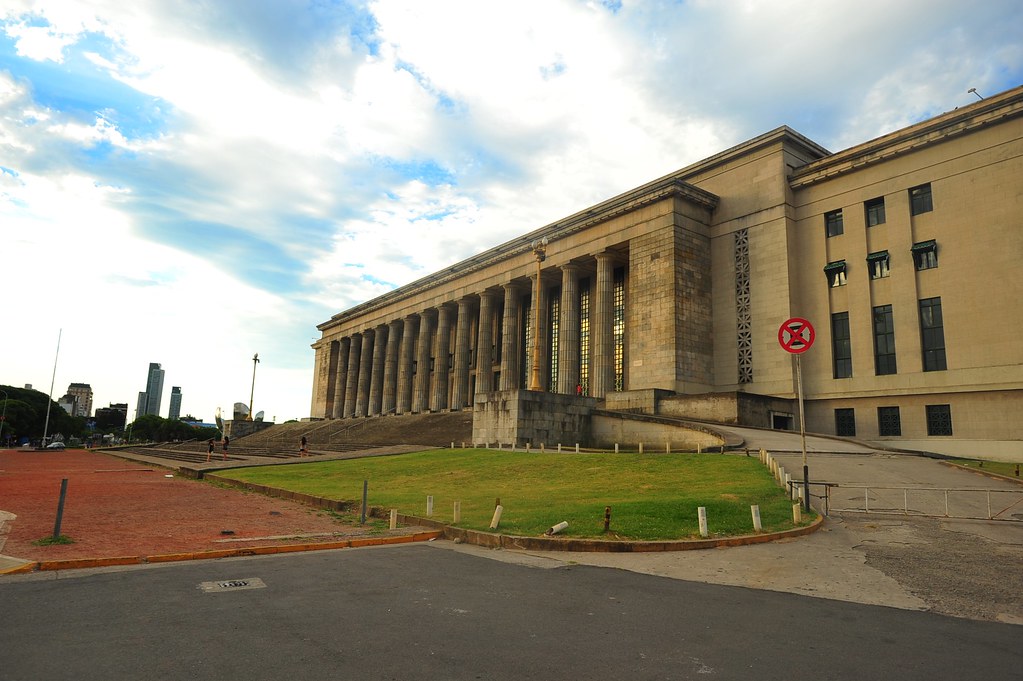 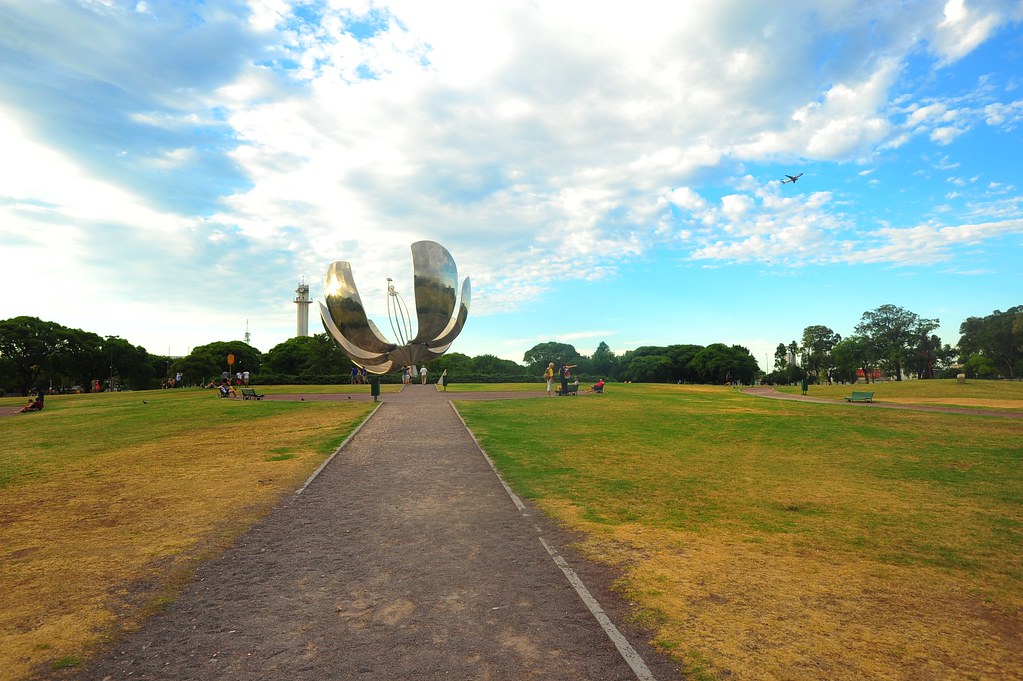 Monument for the United People

It’s 3 hours before my flight is about to leave and we’re still walking without having eaten all day. It doesn’t matter, because we find ourselves in Palermo Viejo and we’re watching a city begin to unfold slowly with the setting sun: 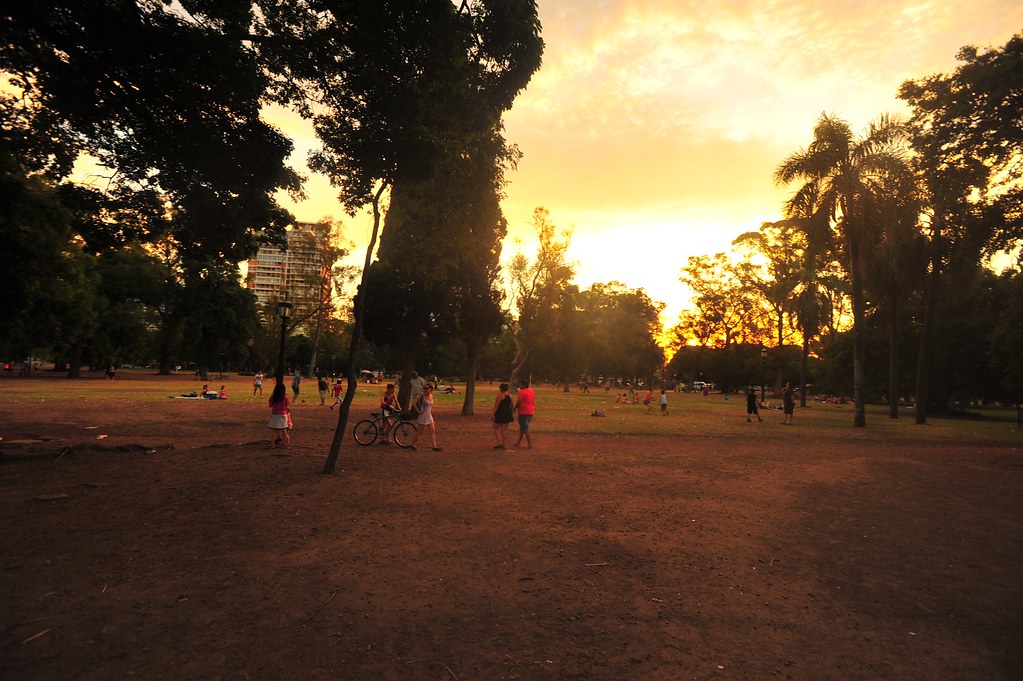 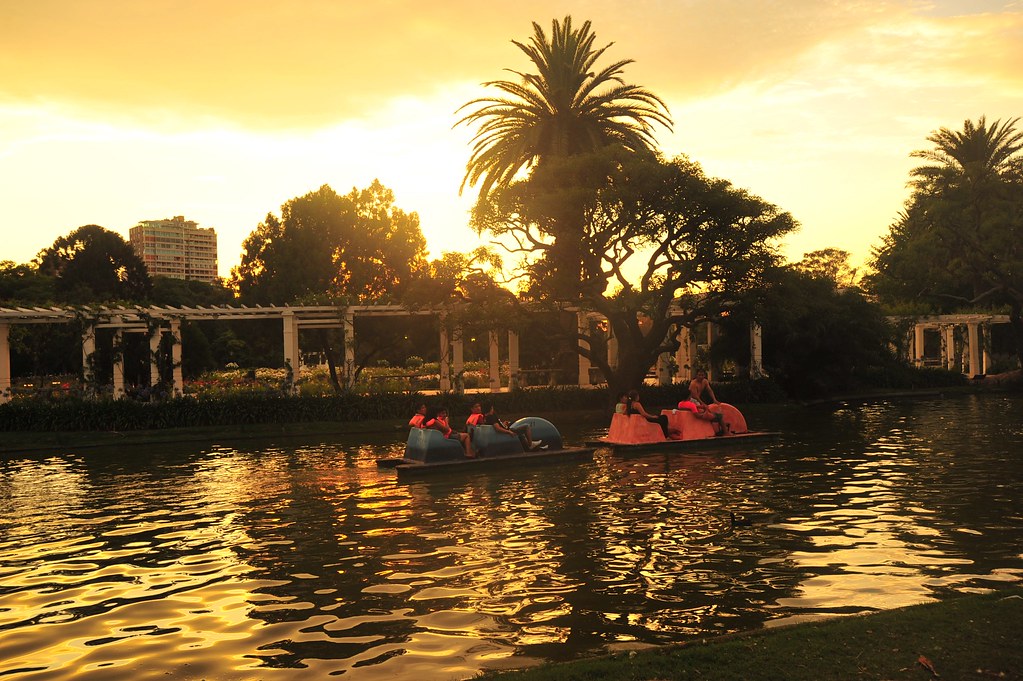 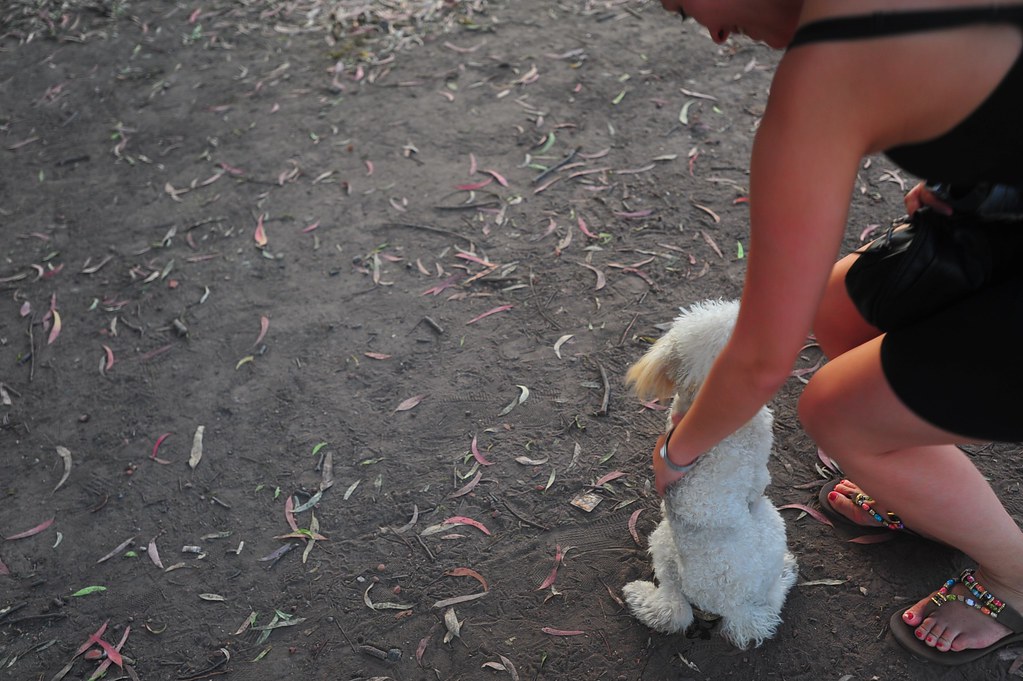 A puppy jumps all over Tabby

The parrilla (steakhouse) we had been casually looking for, Don Julio, ends up being closed.

But before we’re about to give up and I’m about to catch a cab back to my hostel to pack and then head to the international airport (which is an hour away from the city!), we run into the only Argentine steakhouse that’s open: 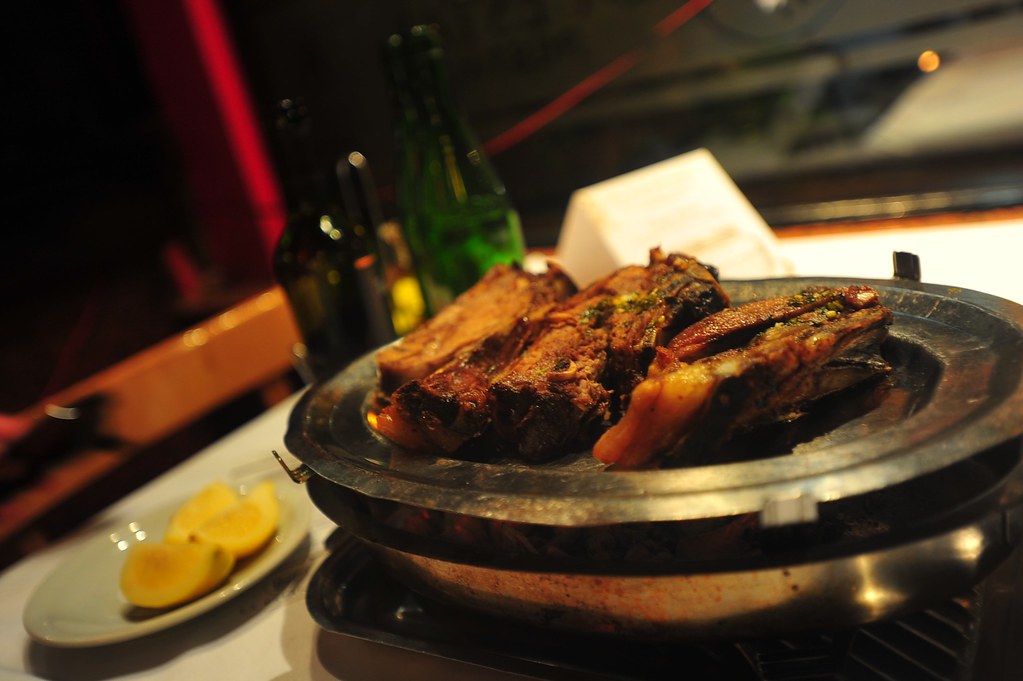 We finish our dinner within half an hour, and we book it to my hostel. From there Tabby and I said our goodbyes, I hire a driver, and make nice with him on my impending international flight about to leave in 90 minutes. Like a Christmas miracle, he ends up breaking the speed limit. Driving 140km/hr, he gets to the airport in 20min time when it was supposed to take us an hour.

Feeling good about not having to sprint to catch a flight, I decide to go ahead and exchange my leftover 800 Argentine pesos (approximately $125 USD) into something I can use in Pakistan (i.e. dollars or euros, which I can favorably exchange into rupees later on if necessary).

Then came the bitter aftertaste from a great day in Buenos Aires: The Argentinian government has recently decreed they will no longer buy Argentine pesos back.

In other words, no banks, no exchange houses, and no stores in the airport would exchange my pesos for dollars or euros; it’s the scenario where nobody in the country wants their own currency back because they prefer to stick to holding on a more stable dollar/euro. Therefore you’re left stuck with useless wads of cash once you leave the country!

This is probably worse than what I had experienced when trying to leave Bangladesh because at least in Bangladesh I found a shady airport shopkeeper willing to take my Bengali takas for a somewhat lower rate for US dollars (and good for him he was making a livelihood out of giving hope to stranded travelers!). In this case, NOBODY wanted my Argentinian pesos back; the last market crash in Argentina was so bad that its entire economy (and government!) all trust foreign currency more.

Using the airport’s free wifi, I double-check online and check with my banks back home and it’s entirely a bust; my 800 Argentinian pesos might as well be used as toilet paper because no other bank or country in the world will take them back either. The best I can do is exchange them back home with a friend heading to Argentina, which even then isn’t a sure bet.

Then I ask someone at information what she would do if she were me and she said: “I’d spend it at duty-free.”

Well it is Christmas…

I immediately message my Argentinian friend I had recently got to know back in NYC, Mariela, and like an angel sent from the travel gods she instructs in painstaking detail on exactly what I should buy (she knows her Argentinian duty-free shops well!) to get the most value out of my pesos. Forget the Malboros, Grey Goose, Toblerones, Lindt Chocolates, or Samsonite travel gear…it’s a Christmas miracle in Buenos Aires!

And with that I say goodbye to one half the world, and hello to the other: Goodbye Uruguay, Goodbye Argentina, Goodbye Antarctica, Goodbye Chile, Goodbye South America..it’s been an unforgettable 2 weeks.

See you on the other side of the planet.