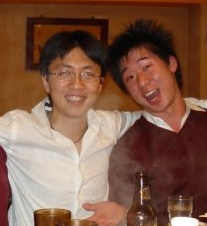 The following is the first of 4 guest posts on China by Lei Zhao, who continues to contribute to the Monsoon Diaries adventures time and time again.

I had the pleasure of visiting Hong Kong and Macau for the first time during this last visit to China. I was delighted to encounter two very unique experiences of China that drastically differed from the Mainland.

One of the best parts about this excursion is that U.S. passport holders can visit both locales visa-free for up to 90 days in the case of Hong Kong and 30 days for Macau. However, be aware that you will need to pass through immigration control when entering and leaving both cities.

Hong Kong from high up. View from the 113th Floor of the International Commerce Center in Kowloon

We didn’t have too much time to spend in Hong Kong, but the city definitely made an impression on us. For starters, it is far and away the most modern Chinese city, boasting a transportation infrastructure that is second to none, an ultra-modern skyline, and all the amenities that you would crave after any jaunt to the Mainland or to other parts of Southeast Asia.

Hong Kong’s Airport Express Line from Chep Lak Kok International Airport will get you to Kowloon in 20 minutes and Central Hong Kong in 24 minutes for $90 HKD (about $15). On your trip back, you can even check in for your flight, including baggage check, at either Kowloon or Hong Kong station on the Airport Express Line, saving you time and effort at the airport.

Our first “we’re not in the Mainland anymore” moment came when we were waiting to get off a crowded metro during rush hour. As we pulled into the station, we could see tons of people waiting to board. Having become accustomed to throwing elbows at people in Beijing to get off the subway there, we were expecting more of the same. Much to our surprise, not only were people standing aside from the doors, but they were queuing up to board! You don’t even see this type of thing in New York. My friends in Hong Kong told me this was atypical, but I beg to differ as I witnessed it on multiple occasions in different stations. My working theory is that this gentlemanly inclination is a lasting legacy of years of British colonialism.

Hong Kong has plenty of surprises for the traveler who is willing to invest the time and effort. I wish we had more time to explore the grittier urban areas of the city, or some of the more remote parks (one of the unique assets of Hong Kong is that it possesses superb hiking areas close to the city center).

However, we did manage to make it out on a day trip to Cheung Chau, a small island southwest of the city center. From the ferry terminal in Central outside of the International Finance Center, it was a quick 30 minute ferry ride to Cheung Chau, at the low price of $24.60 HKD ($4) one-way (makes New York’s ferry system look like a pathetic joke).

Once we arrived in Cheung Chau, it was easy to get around the island by foot. The island has the unique distinction of being a place where there are no cars. Some of the streets and alleys are simply too narrow to allow for cars anyway, so most people get around on foot or by bike. When you disembark from the ferry, you’ll find yourself in a well-traveled drag with many shops and delicious things to eat. You’ll be able to catch some quality vistas of the harbor and the boats in it, rent a bike, or just browse for trinkets. Cheung Chau also boasts a rainbow of seafood, as it is still a functional fishing port. Try the Cheung Chau fishballs, they’re fresh and tasty.

There are a myriad small alleyways and streets to explore where you might see any other tourists. In addition, both ends of the island have hills with temples and hiking trails that lead to secluded beaches. Aside from these, there are a few main beaches as well, the most well-known being Tung Wan Beach. Incidentally, just a few paces past Tung Wan Beach, you’ll find the smaller Kwun Yam Wan Beach, strangely unpopulated given how close it is to the other beach.

When we got to Kwun Yam Wan at about 11AM on a weekday, there were literally less than 10 people on the entire beach, up until about 1PM. If you were to get there earlier, you’d pretty much have the place to yourself.

Beach umbrellas with chairs are set out for rent, at a very reasonable price of $100 HKD ($16) for the entire day. There’s also a small temple not too far up from the beach, if you get bored of tanning yourself or swimming. I also hiked out to the rocky promontory you see on the right of this picture.

I didn’t have any serious expectations for Macau, as I’d heard that it was more or less regarded as the Vegas of Asia. Still, my friend recommended that I make the day trip out there and explore the historic side of the city.

It was easy enough to get there, as there are superfast catamaran ferries that run hourly through the day departing from Kowloon (Tsim Sha Tsui) and Central Ferry Terminals. Tickets were $240 HKD ($40) one way. Considering the ferry gets you from Hong Kong to Macau in 1 hour flat, it’s a legitimate deal. Make sure you budget time to clear immigration, which took us about 15 minutes.

As you approach Macau, your first glimpse is of a small skyline dominated by condos and casinos. If you’re into gambling, you could not be in a better place as there are literally dozens of casinos along the main strip, ranging from the older Grand Lisboa to the newer MGM and Wynn. But I wasn’t in Macau to lose money, I wanted to check out the historic center that makes the city unique.

Many portions of the older Macau are listed as UNESCO World Heritage Sites, as Macau is the longest running physical manifestation of interaction between East and West.

Senado Square - nope, we're definitely not in the mainland now.

The Portuguese colonized Macau in the mid-16th century and left in 1999, leaving an indelible mark on the city. All the street signs are in Portuguese and Chinese, even though our pedicab driver told us that most of the Portuguese (whose numbers have dwindled since the handover) had long ago learned to speak Cantonese.

From the minute you step into Senado Square, you feel as if you’ve been teleported to some southern European city, replete with pastel colored colonnaded buildings, and churches.

Ruins of St. Paul's Cathedral: only the facade survives today.

Walk up a bit and you’ll see the promontory where the ruins of the Cathedral of St. Paul sit.

Right next door is the Fortaleza de Monte, the citadel from which the Portuguese fended off many invasions. The fortress complex is amazingly well preserved, with cannon in place. If you’re interested, the Macau Museum is on top of the citadel. You can also savor the sweeping panoramas of the entire city from this vantage point.

From there, we walked through some of the older, small streets of the city, finding ourselves at the beautiful and quaint Largo do Lilau, along the Rua da Barra. This shady little square evoked images of Greece for me. It sits next to the Mandarin’s Court (which was closed the day we visited), a well-preserved historical home of a wealthy Chinese family during the colonial era.

Largo do Lilau, like a scene from Old San Juan

About 10 minutes further down Rua da Barra, you’ll find yourself at A-Ma Temple, a Buddhist shrine that was built well before the Portuguese arrived. Macau itself was eminently walkable, being a small and compact city with few hills, though on a hot and humid day, it can be rough. If we had more time, we probably would have gone and explored Coloane, the newer part of Macau, famous for Hac Sa Beach, a black sand beach at its southernmost point.

One more thing: while you’re in Macau you need to do yourself a favor and sample a Portuguese egg tart and this jerky-like snack which can best be described as meat candy. You will not regret it. The egg tarts are like mini flan pies, and the jerky was melt in your mouth tender, chocked full of flavor.