A Night In Fos de Iguacu

Flew into Fos de Iguacu via TAM airlines, and at one point during the 2 hour flight I went to offer my medical expertise to help a passenger that appeared to have had a seizure. There also happened to be 3 other U.S. trained Emergency Medicine docs on the plane as well, so he was in good hands. Random story, but like I had to mention it.

We also played a game of musical chairs on the flight prior to take off that ended up in my making a new friend who sat next to me as we talked about travel and what it means to us. It was one of those travel moments that reveals some kind of force out there that compels people with similar energies/wavelengths to connect. I’m glad it happened this early on the trip. 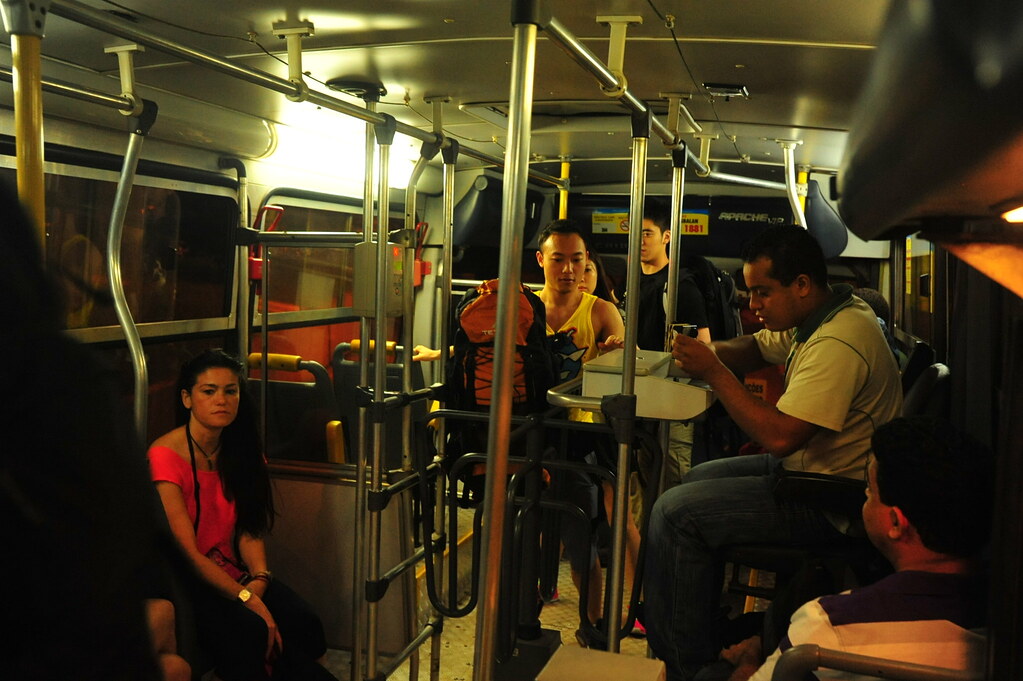 After dropping off our stuff at our hostel — Iguassu Guest House — we walked 5 minutes to their version of Costco to go shopping. We’re preparing a long day of hiking tomorrow: 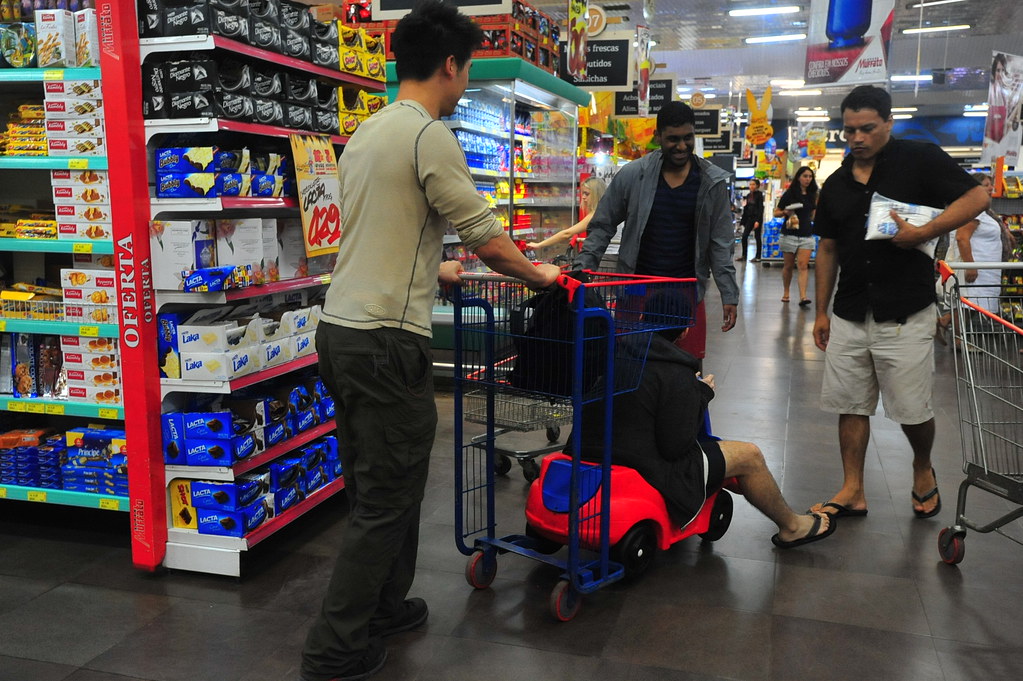 Yes, this is a real shopping cart that I used!

We then pigged out on some Brazilian Churrascaria all-you-can-eat BBQ at Buffalo Branco. It’s about 70 Brazilian Reals per person, but you get a 20% discount if you’re staying at Iguassu Guest House (which we did): 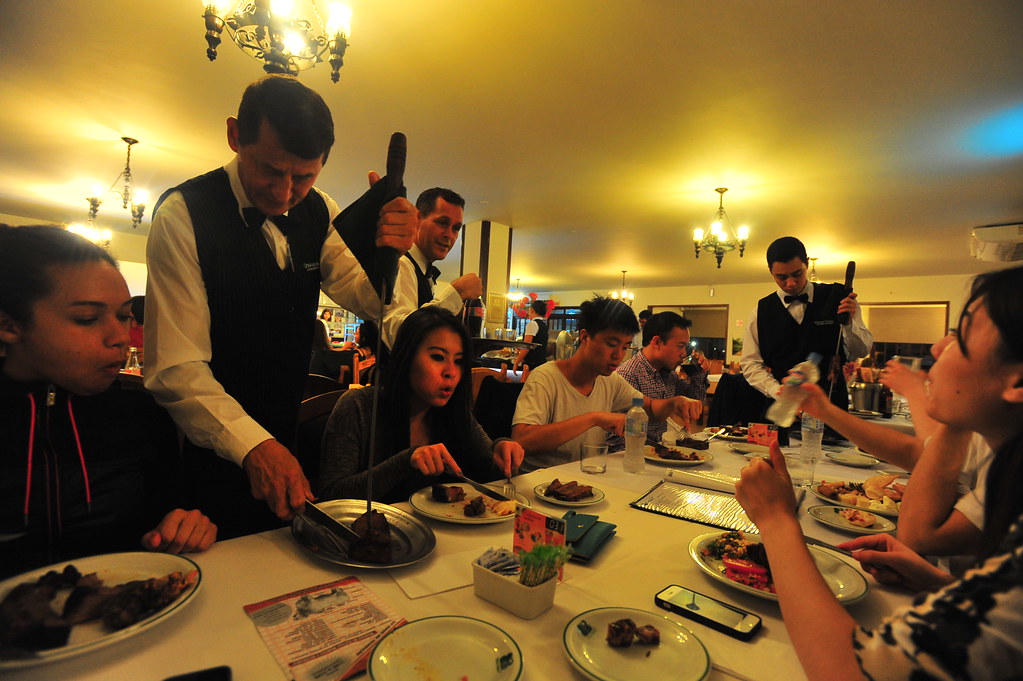 Noms. That’s all I can say: 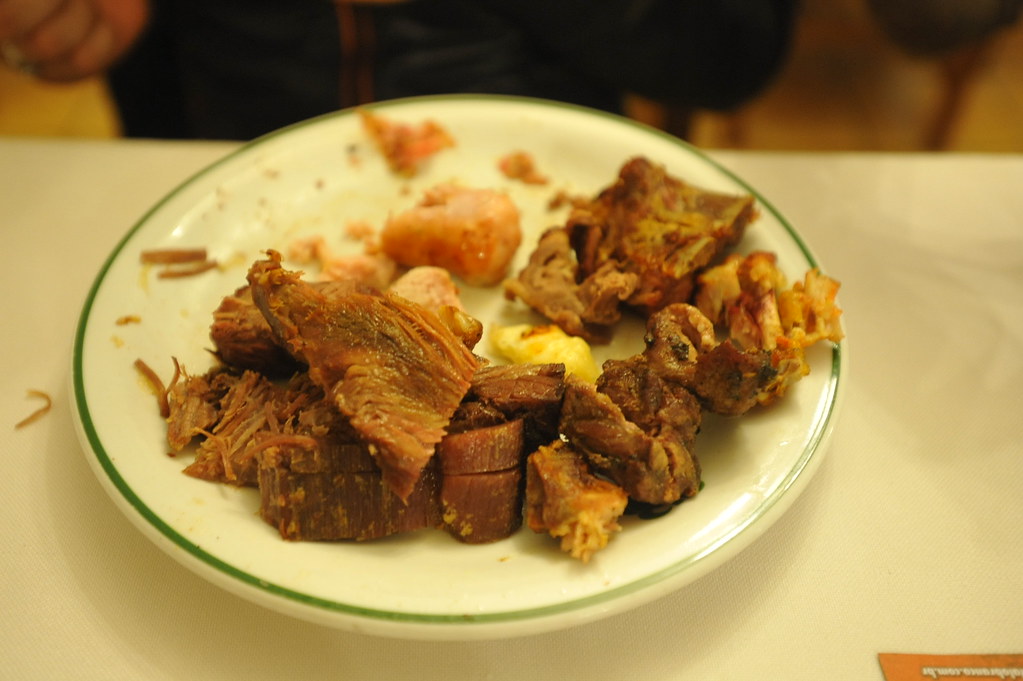 So we’re turning in early tonight as we got a big day tomorrow: We’re doing Iguazu Falls from both the Brazilian and Argentinian sides in 1 day instead of the recommended 2. So call us crazy…yeah that’s it. We’re crazy.