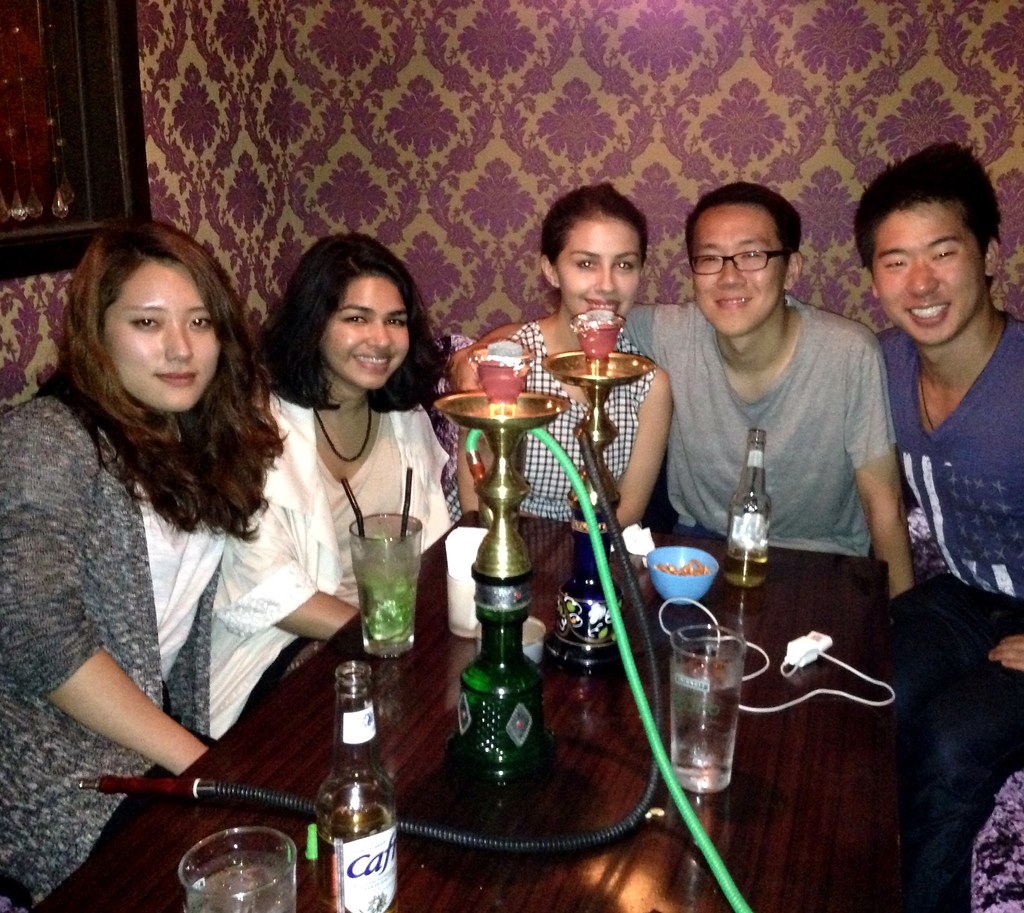 New friends meeting each other for the first time, but then finding out we're more connected than we think...read on!

I found out 2 days ago I needed to go to Hong Kong for a last minute trip with my brother, so I figured to include a 18 hour layover in Seoul, South Korea because: 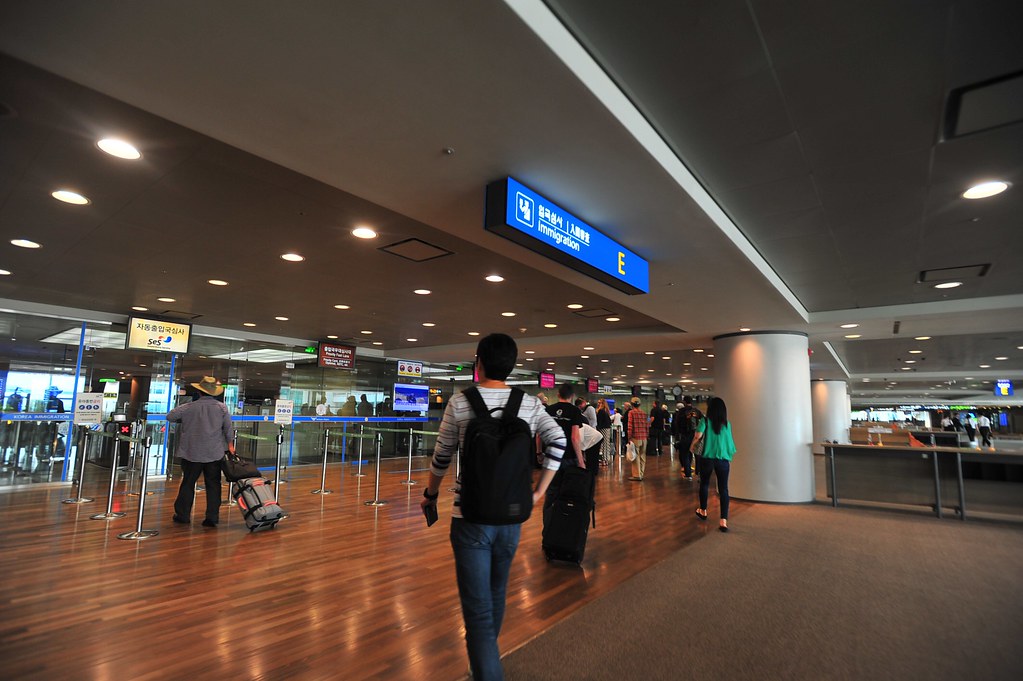 From Incheon International Airport, I took the dedicated airport train towards where I was staying in the Hongik (Hongdae) University area: 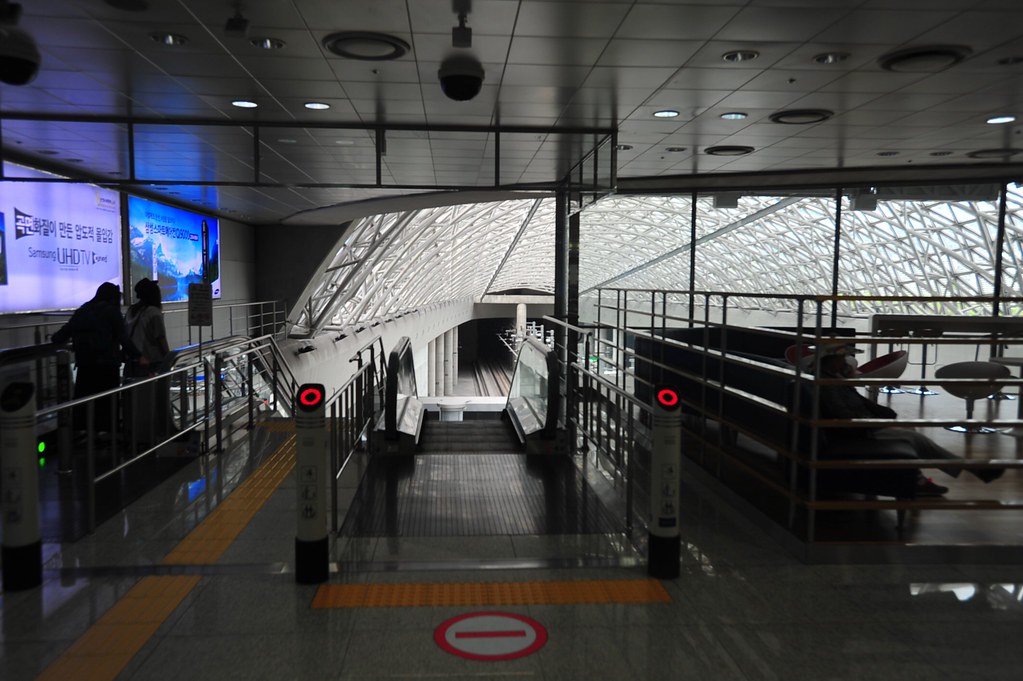 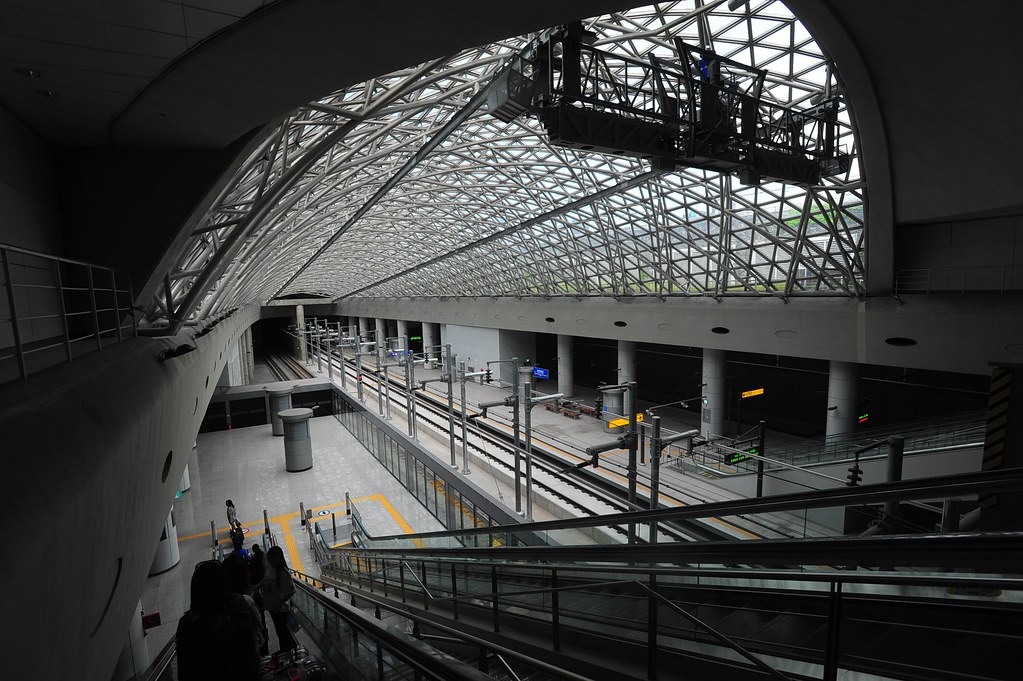 I paid about a few dollars and the train took me into Seoul and the Hongik (Hongdae) University area in about 50 minutes. 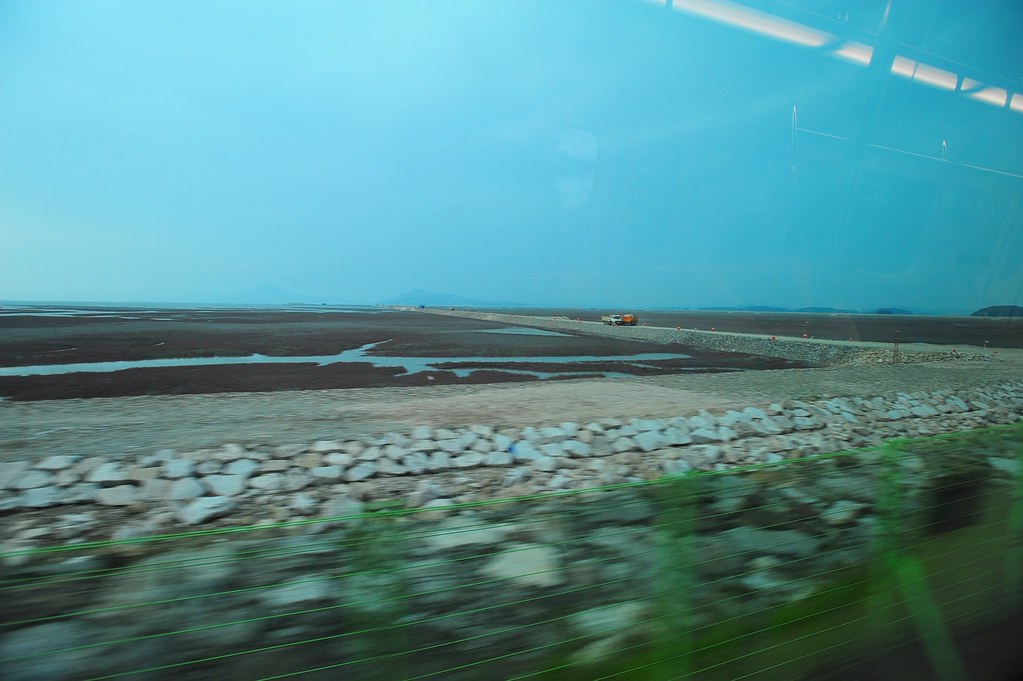 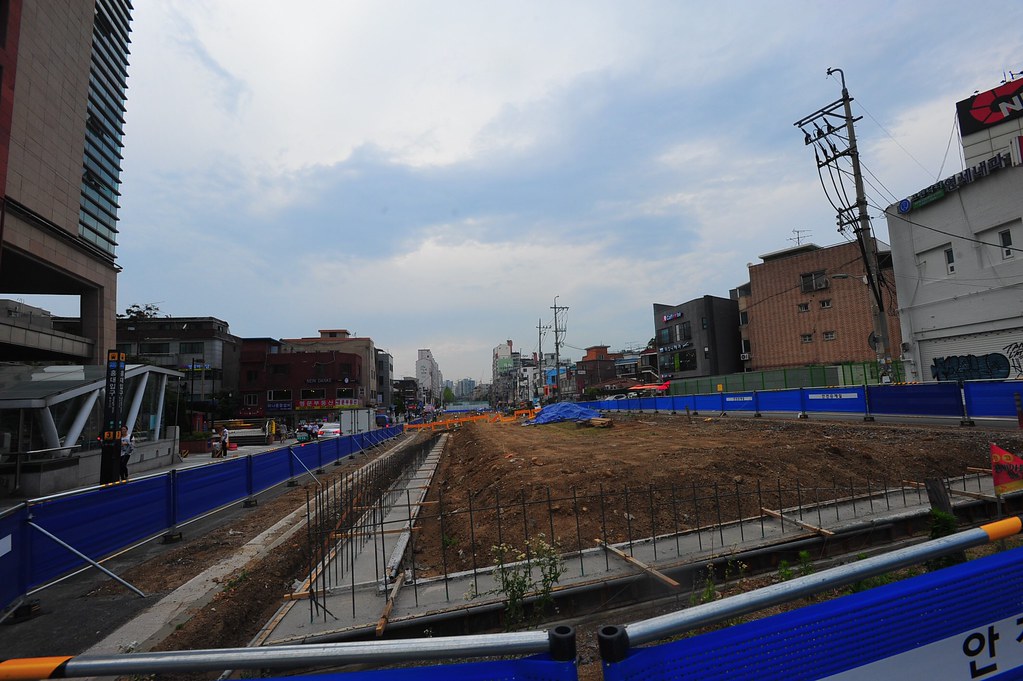 Seoul is known for having countless little alleyways you can get lost walking through, as they don’t show up on any standard map as there are so many of them: 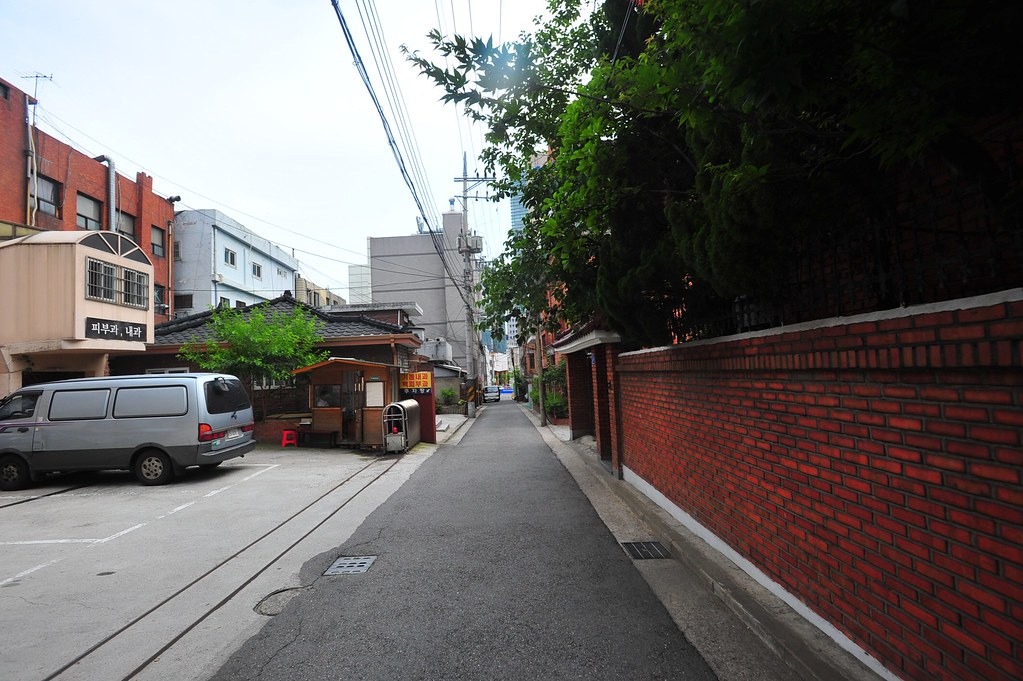 Seoul is also known for being so tech-obssessed, it’s standard to see everyone attached to their phone in the subway: 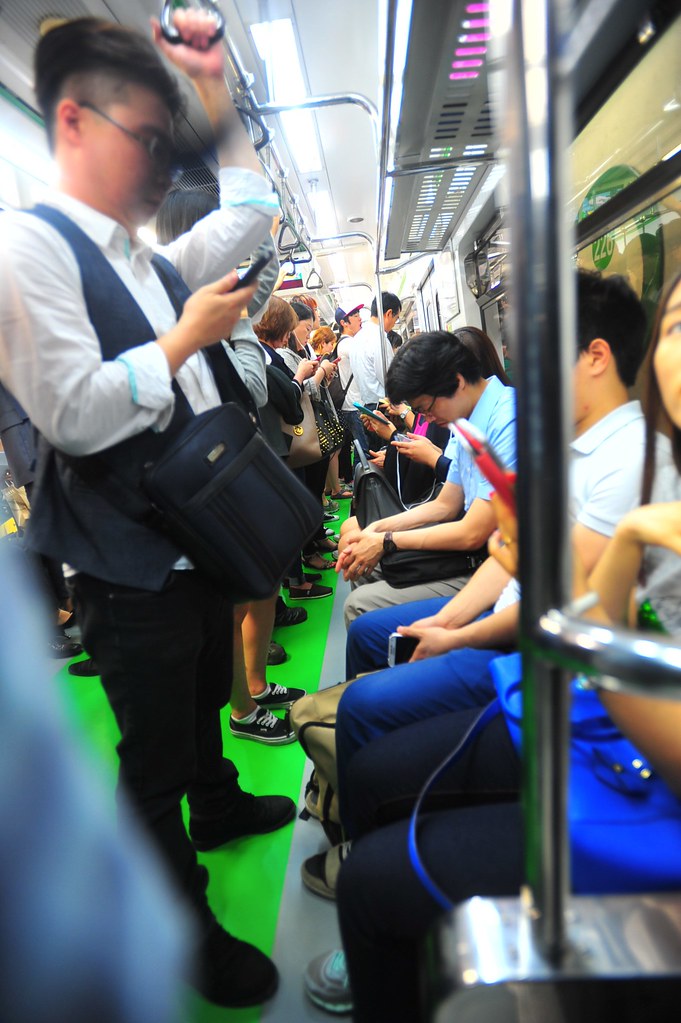 I took about a few hours wandering through glitzy Gangnam, just to see what the song was all about: 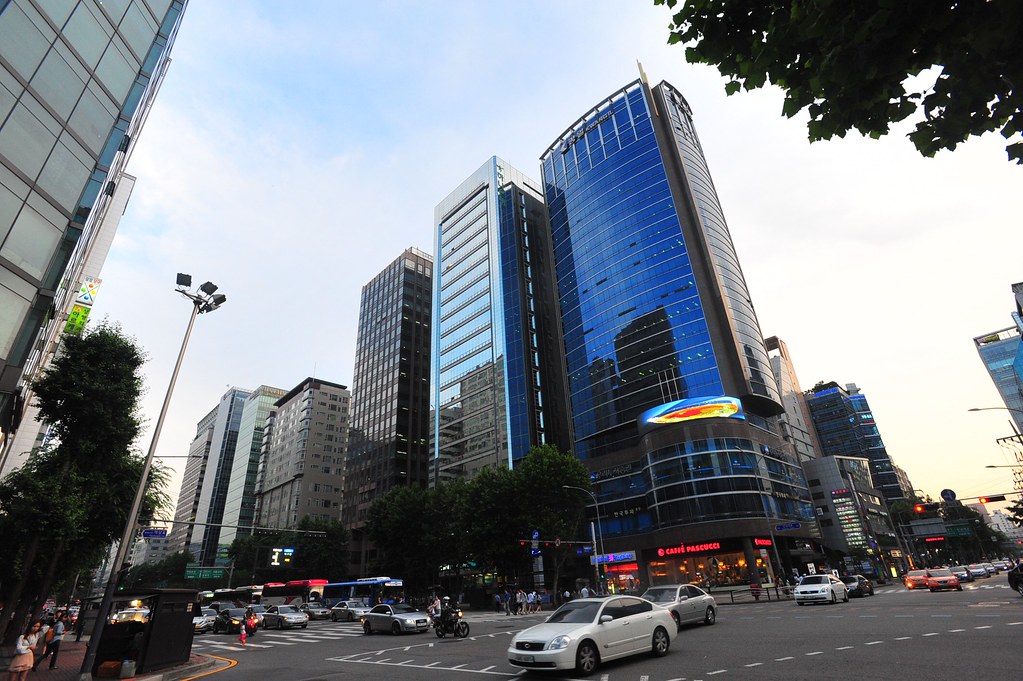 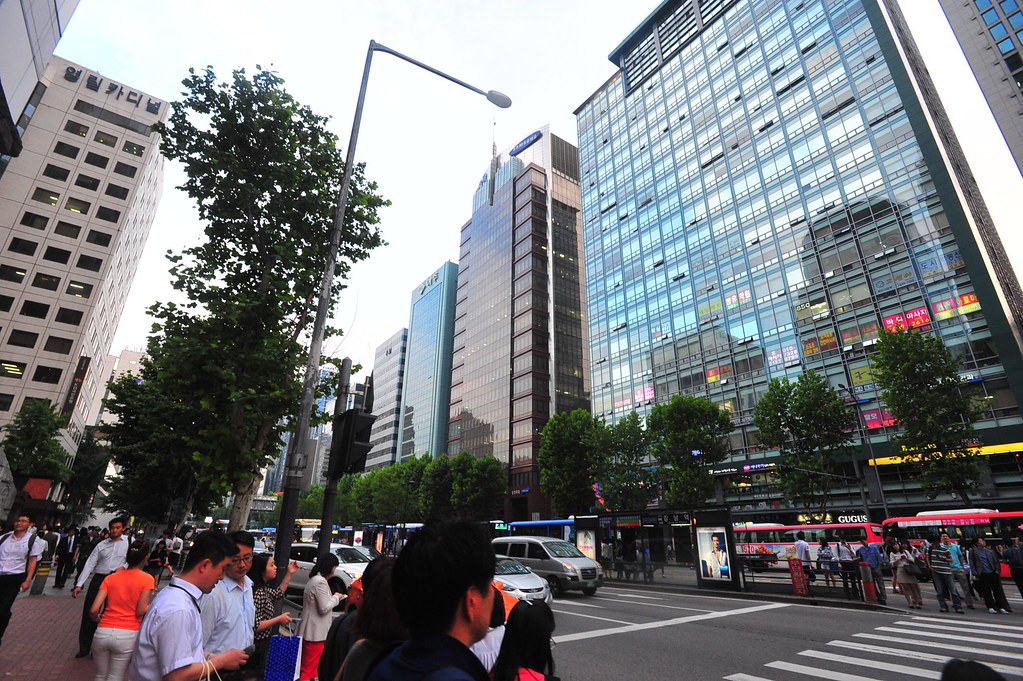 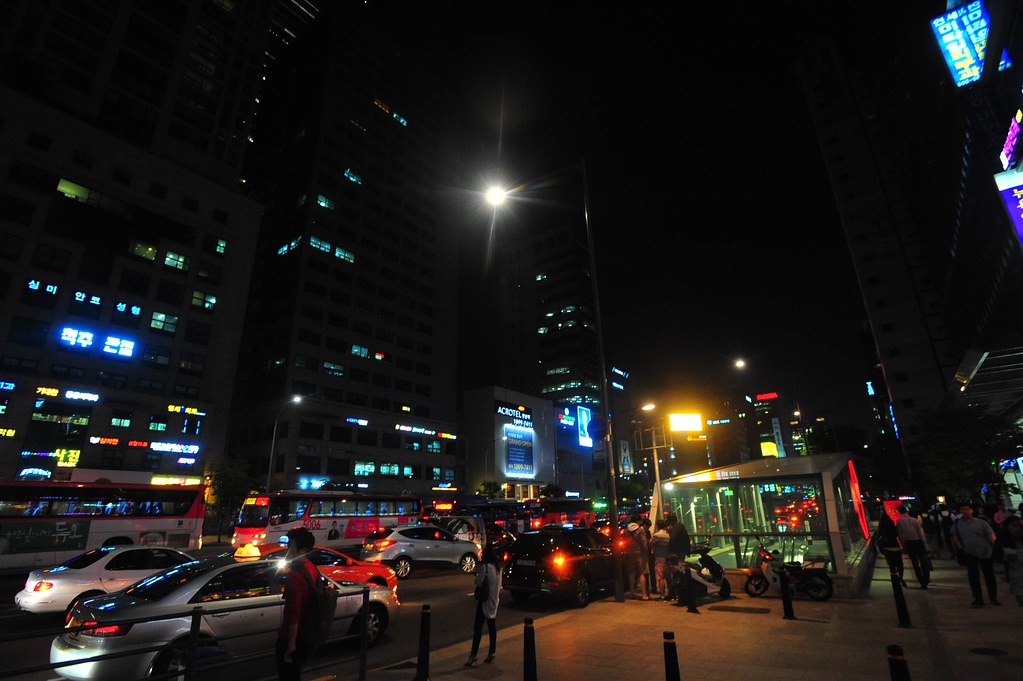 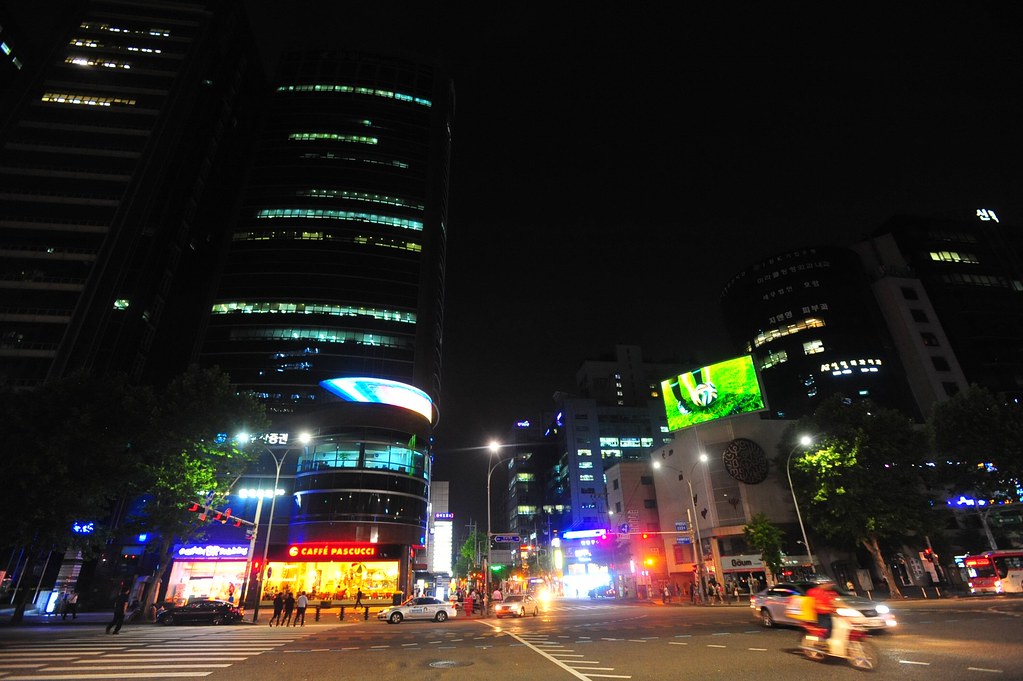 Afterwards I headed back to explore the famous nightlife of the Hongik University area: 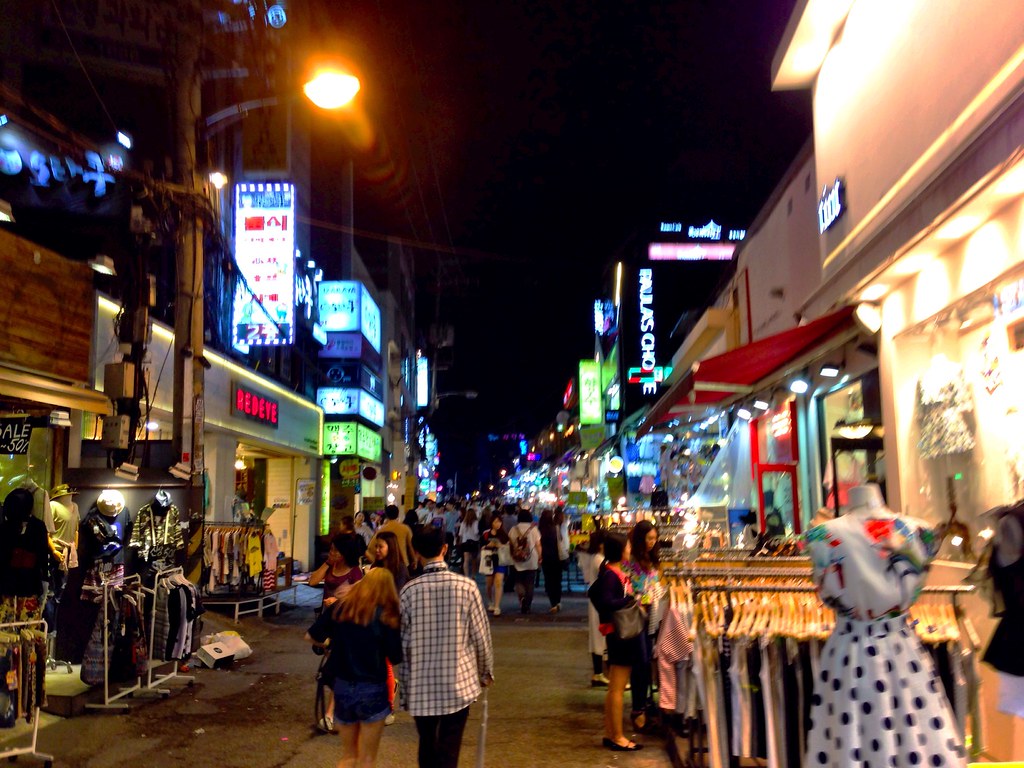 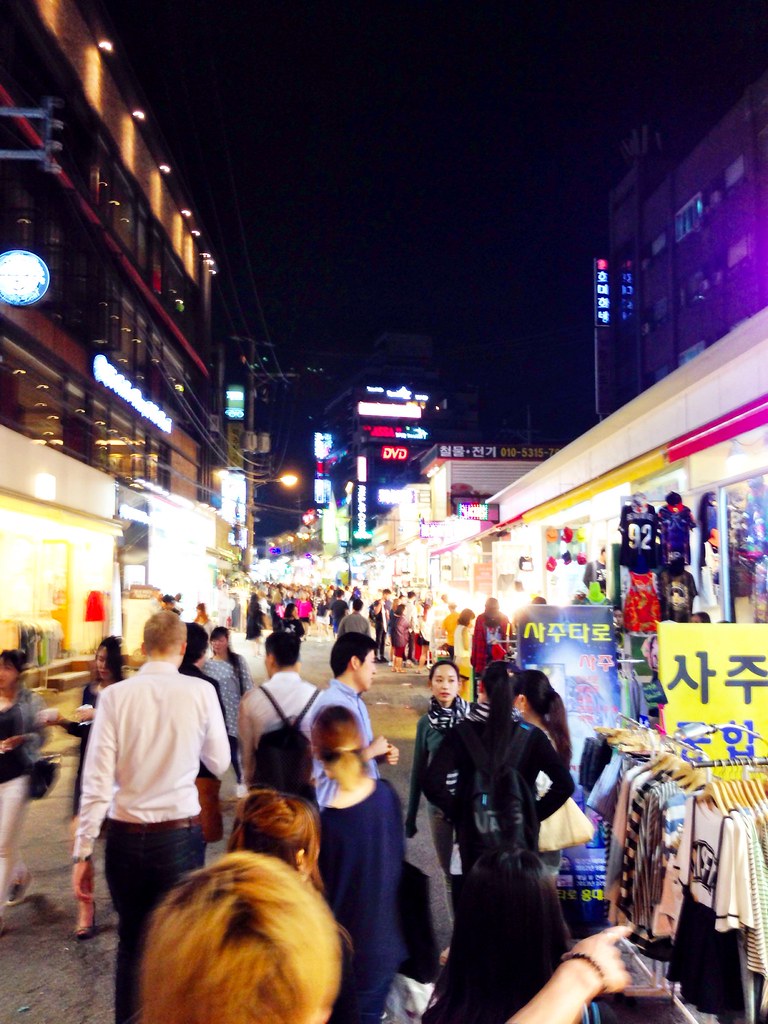 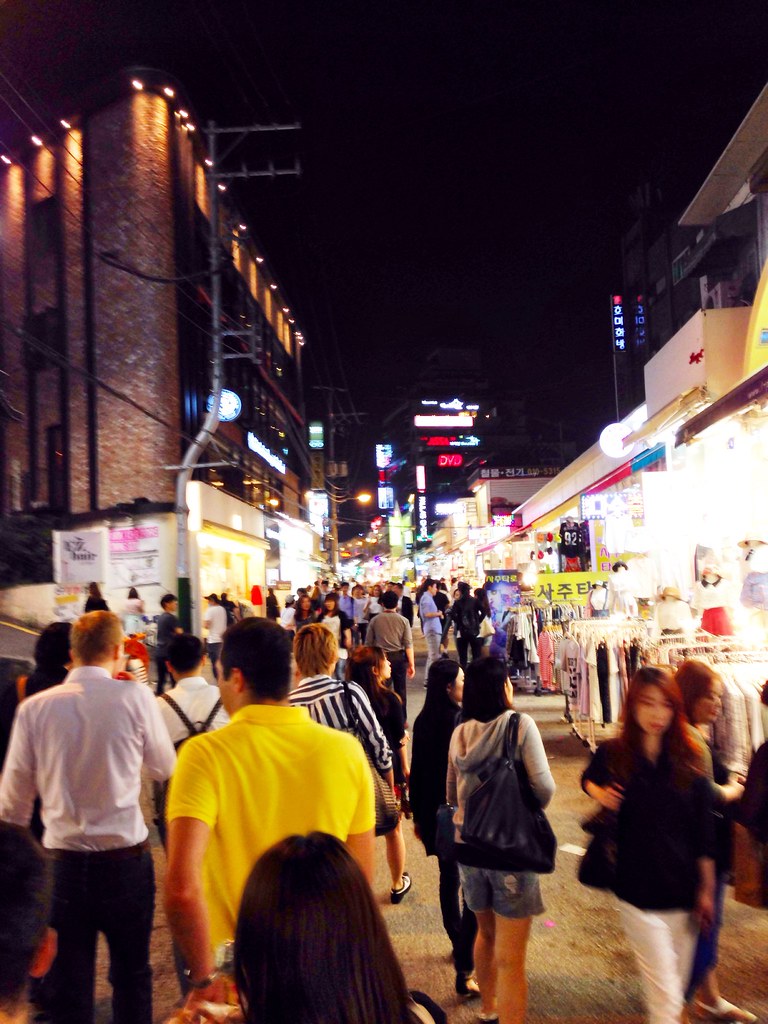 Afterwards I hit up my friends living in Seoul and this is where it gets pretty cool. I had already arranged to meet up with my friend Sonia Shrivastava, whom I haven’t seen in a little over 4 years (when I was still wavering whether I should be applying to medical school!). Sonia graciously then took me out for a Korean BBQ dinner in the Hongik University area, where I then decided to go public on where I was.

And within a minute of posting a status update on my Facebook about being in Seoul, I got two messages to meet up. One was from Seulbee Lee as she was only a few blocks away from me. Seulbee is a former monsooner on one of my first “official” group trips to Spain, Gibraltar and Morocco and it would be our first time meeting up since that trip 3 years ago.

The other was from Sara Hasburn, a college friend whom I haven’t seen since 2006. Sara also brought her boyfriend Jon, who happened to had taken the same Korean language class as Sonia (and there were only 3 students in that class!) when they were both living in NYC 4 years ago. Initial WTF moment.

Seulbee also introduced me to her friend Gina, where we found out we had a mutual friend being another monsooner, Jun Wakabayashi, whom she just met a few weeks ago in Abu Dhabi and who just went on my Central America and South America trips this year. Second WTF moment. 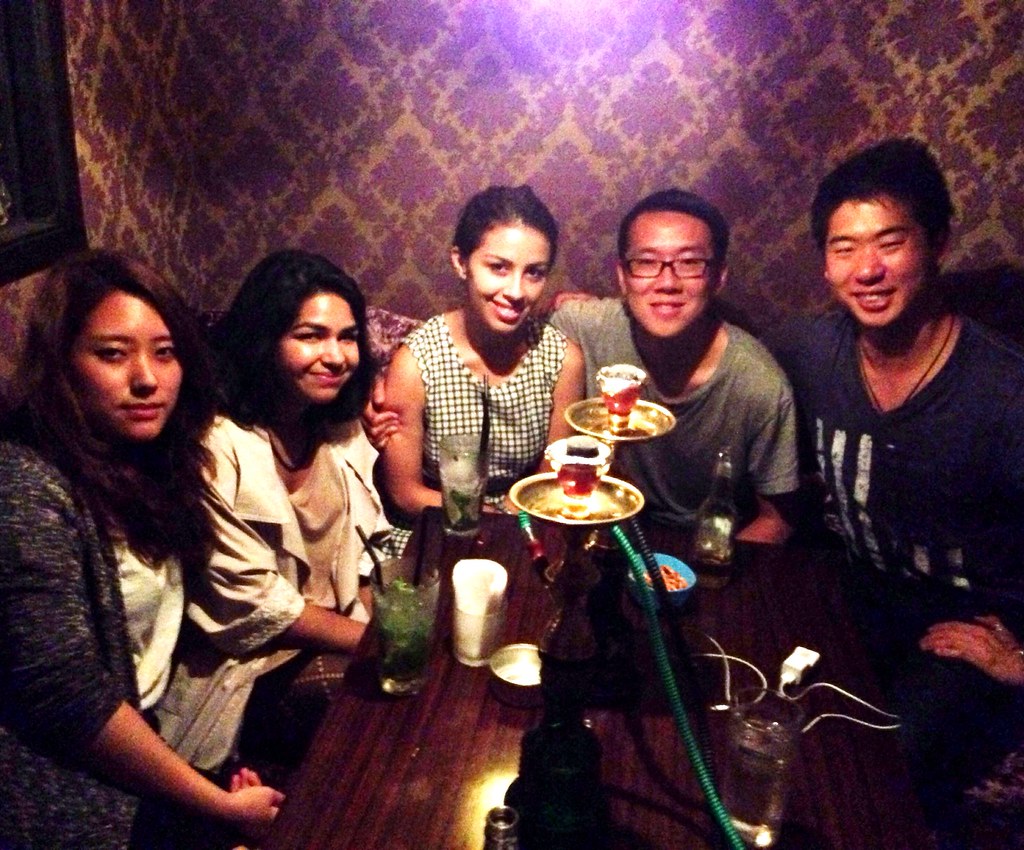 From left to right: Seulbee, Sonia, Sara, Jon, and myself 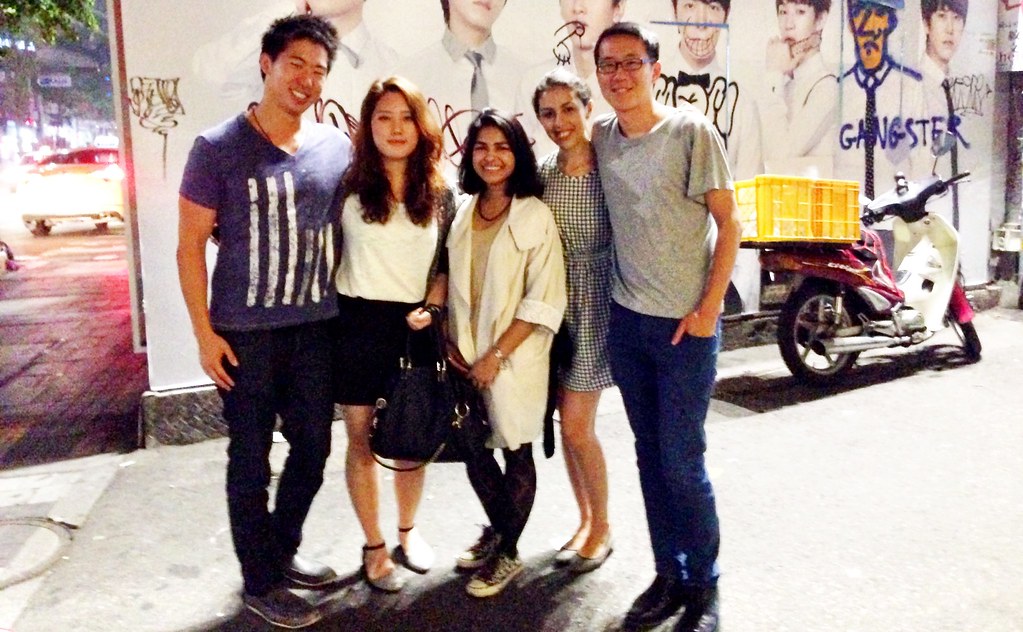 We caught up at Salon de Red over shisha and then grabbing late night snacks until I needed to pass out at 3am. I then woke up 3 hours later to catch my 9am flight to Hong Kong. Onwards.