With nearly a quarter of our monsooners coming from those that I’ve met at ECAASU for the past 10 consecutive years I’ve been involved, I finally say farewell:

It’s hard to believe this is now my 10th ECAASU. I’m old. I remember my first ECAASU — I was about 19 and an attendee just like you, sitting where you are sitting (hungover as some of you may be), checking out some cute people in the corners of my eye . . . and yet, I remember being scared to death.

Because at that conference I was told in order to make change, I had to “transform myself.”

What the hell? What does that mean? At that time, I was a young pre-med who didn’t want to be a doctor. Hell if I even knew if I wanted to be anything, I mean, I knew I wanted to break some kind of mold, but I was also profoundly insecure. Either way, whatever I thought I wanted to be, it definitely didn’t fit “Asian doctor.”

So I struggled with an identity crisis. We all have. Even ECAASU has had one, for like 37 years (Understandable, given how this country has a hard time figuring out who we are).

ECAASU’s precursor and the first national AA conference was founded in 1970, and their goal was to seek justice for a black man and Black Panther member Bobby Seale.

Then came the Bakke Decision, where the US Supreme Court ruled in favor of a white pre-med when he sued UCSD for rejecting him on the basis that he was white – a slap in the face to black activists everywhere who fought so hard to get affirmative action passed. But they weren’t alone: Asian Americans – whether or not they were for affirmative action — stood by their black allies by forming APSU, MAASU, and ECAASU as national demonstrations of solidarity.

Do you think that would still happen today?

The challenges facing us as first year board members to redirect this organization back to salient civil rights issues seemed insurmountable: I remember all of us on the National Board, we had just graduated college and had our own personal identity crises; I still didn’t know if I wanted to be a doctor, only 8 people applied for 9 positions, and more than half the board didn’t even come to meetings. The few of us who did, well, we had no idea what we were doing. But we went with our gut, made risky decisions and recalibrated our brand with messages we never tried before.

ECAASU has since grown with 4 times as many annual events, and over 10 times the number of applicants every year. Our reach has touched as far south as Florida and as pacific as Hawai’i. We still have our parties, but we’re once again focused on pertinent civil rights issues. We redefined our organization . . . and not on anyone else’s terms but ours.

And in those 8 years, I also became a doctor. But not my father’s doctor, or society’s perfect little Asian American doctor. But like ECAASU, I’m something on my own terms: A doctor who hates studying and almost failed out of med school twice because I traveled to 71 countries during that time and started a business, but used that instead of my piss-poor board scores to get into one of the top Emergency Medicine residency programs in the country. I learned from ECAASU by trading fear for trust, flipped the bird at the antisocial Asian doctor stereotype and did it my own way, even when everyone else said I wouldn’t get into medical school and when everyone said I wouldn’t get into residency.

My transformation and ECAASU’s go hand-in-hand and one could not have existed without the other.

And neither of those transformations would have been possible without you. Having met thousands of students like yourselves around the country, I’ve listened to your stories in car rides to and from countless airports; from train stations in Durham, NH to bus stops in Allentown, PA, over kitchen tables in Gainesville, FL in dorm lounges in Northampton, MA on living room floors in Davidson, NC to diners in Columbus, OH and Atlanta, GA and in tons of hookah bars from Richmond, VA to NYC to Austin, TX.

You invited me to your homes and showed me how in quiet corners around this country you chose not to play it safe, not to be polite, and you inspired me to continue believing in risky decisions.

But, with risky decisions comes passing that lesson onwards to a younger generation. So after 10 years, with my term up on ECAASU, and as its longest serving member, I’m passing the baton and saying farewell to an organization that has intimately witnessed my transformation as a student, college grad, alumni leader, medical student, and now as an ER doctor; an organization that that has redefined me as much as I’ve helped redefine itself.

Most of all, I’m grateful to have been a part of ECAASU with you during some of the most seminal moments of what it meant to be an Asian American in this country:

Before society defined them, they went out there and did it themselves, their own way. For you are what you do. Your choice to even be here has significance; you’ve inserted yourself in a tradition of breaking tradition, to constantly find out new ways to fight for our communities and others, because we still got problems to solve – young black kids are still shot with their hands up, our media turns a blind eye when young Muslim Americans are indiscriminately murdered, young 20something Asian American women constitute the highest percentage of mental illness and suicides, Hispanics have the highest dropout rate for students ages 16 to 24. . . .

Yes, we have a lot of work to do. And remember that the transformations we want for this country, the future, and for ourselves all go hand in hand.

I remember when I was challenged 10 years ago, sitting where you are sitting right now, to “Transform  myself, Transform the country. Transform the future.” I now know that being scared to death by the very idea of transformation was just the crucial first step.

So before I leave, let me part with my ECAASU family with 4 valuable lessons I’ve learned 10 ECAASUs since:

#1) When that person you’ve been flirting with says they want to see you again at the ECAASU afterparty, you better get their number before those elevator doors close because you definitely will not be able to find them at the afterparty.

#2)  In redefining the future for yourselves, the safest choice may not be the best choice. So live for yourself, not the aspirations that society – and your parents — had set out for you.

#3) Like how I did it my own way to becoming a doctor: Trade your fear for trust. Believe in yourself to find that area of passion that motivates you to overcome any challenge, even if it means taking the less popular path.

#4): Do. Not. Apologize. One of the most amazing moments in your life will be when you realize you can stop apologizing for who you are, what you want to do and who you want to be. 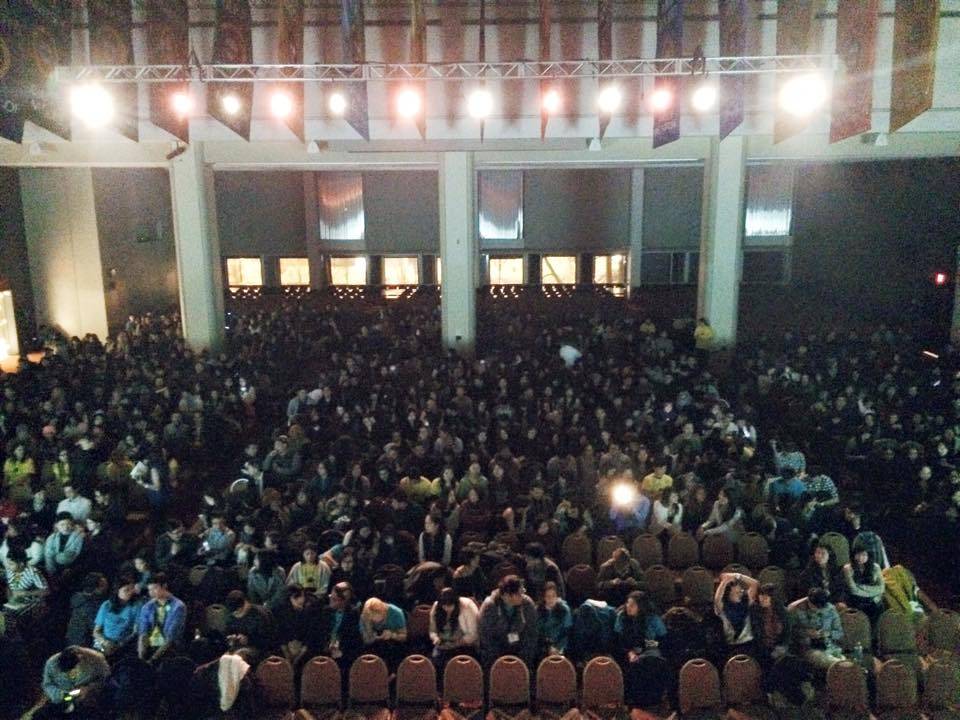