The Vietnam E-Visa On Arrival Experience

by Calvin Sun | Dec 18, 2015 | Border Crossing, Crisis, Fail, Getting that VISA, Hong Kong, How Did You Do That?, Lessons Learned, Pre-travel Preparations, Rules Are Meant To Be Broken, Vietnam | 0 comments 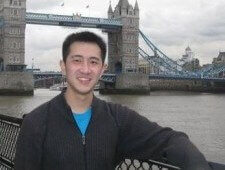 Ambrose Chu
The following is a guest post by twice monsooner Ambrose Chu, who graciously asked if he could contribute to the Monsoon Diaries adventures.

Ambrose first discovered us when googling how to obtain a tourist visa for Iran. He reached out and met me in NYC to see if we were the real deal. Two trips later, Ambrose has proven himself a dedicated monsooner and is now one of our guest contributors. Here is his story.

FYI Please do not use this article as legal advice, the purpose of this article is to show how he got his visa to Vietnam and his personal experience with the Vietnamese immigration authorities when he departed Vietnam.

A couple of weeks ago I used Vietnam E-Visa Site to apply for a multiple entry visa. I paid stamping fee and signed up for an airport “fast-track” service (to skip the line) since my transit was less than 3 hours. I then got a visa approval letter via e-mail the day after, which I needed to show to the Vietnamese immigration authorities when I arrived.

December 15th, 1:30 PM —  When checking into my Vietnam Airlines flight from Hong Kong to Siem Reap via a layover in Saigon, I was asked by the Vietnamese Airlines agent if I had a Vietnamese visa. So when I produced the visa approval letter, I got back a broken record:

That made me a little worried, mainly because I didn’t know whether to trust the website I used or the Vietnam Airlines ticket agents in Hong Kong. They nevertheless let me head to the gate and board for my flight for Vietnam. At that time, I was hoping that the ticket agents in Hong Kong would be wrong, otherwise, I wasn’t sure if I was going to get my Vietnamese visa and continue with my travels.

He then smiled, took both, and escorted me to a counter in the immigration section where after waiting for 15 minutes and paying $5 USD to have my picture taken, I got my passport back with the visa inside.

I was relieved, but I had to run to the boarding gate before 6:20 PM for my flight to Siem Reap at 7:10 PM. Since I didn’t want to risk standing in line clearing immigration and going through security again, I walked over to my connecting flight. By 10:00 PM, I was already in Siem Reap, partying with my new travel buddies.

December 18th, 9:00 AM – After a great day at the beach in Nha Trang, I returned to Saigon for my connecting flight to Hong Kong. The past few days — with Dave Zhou leading a joint Monsoon Diaries/GN Tours trip — were a whirlwind. Within a period of five days, I visited Siem Reap and Phnom Penh in Cambodia and Saigon and Nha Trang in Vietnam with four travelers that turned out to be really wonderful. Admittedly, I was a little sad that I had to leave my new friends so soon but I was also looking forward to a relaxing weekend in Hong Kong with relatives and friends.

“You have your ticket?”

I showed the superior officer the boarding pass from my December 13th flight from Hong Kong to Saigon.

“I was in Cambodia on the 13th to the 15th. I got my Vietnam visa on the 13th, I didn’t leave the airport, because I had to fly to Cambodia.”

I showed the superior officer my Cambodia visa and the entry stamps proving that I was in Cambodia on the 13th to the 15th.

I also showed him the boarding pass from my flight from Saigon to Siem Reap, Cambodia. Then the superior officer grumblingly said:

“OK, next time you get the visa, you go through immigration.”

So in retrospect, the Hong Kong staff of Vietnam Airlines was partially wrong about my visa on arrival not being accepted. And if you are transiting through a Vietnamese airport, but plan to come back to Vietnam by land or plane within several days, it’s worth paying the extra money for the airport “fast-track” service from the website.

However, if you have extra time and your Vietnam visa is a multiple entry visa, it might be worthwhile to go through immigration and return to the airport for your connecting flight. That way, you’ll avoid this kind confusion with the Vietnamese immigration authorities when you leave Vietnam, but I believe I may have had a very special case with a very inexperienced Vietnamese immigration officer.

Although my time here was really short, I had a great time with my new friends in Saigon and Nha Trang, and I really look forward to returning to Vietnam.