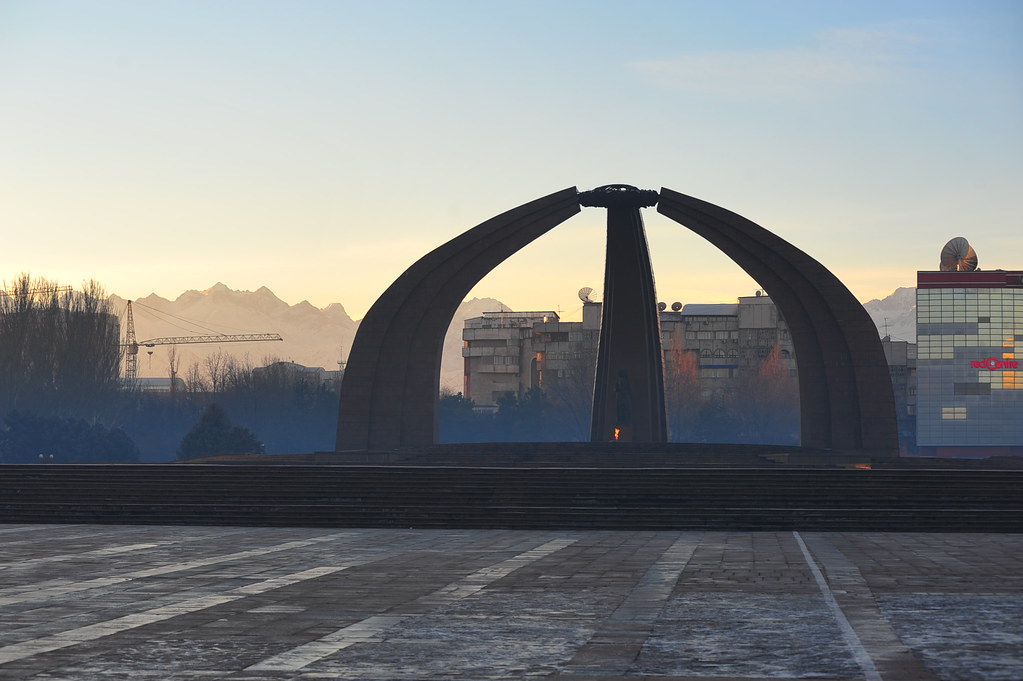 From Dushanbe we flew on Somon Air (currently operating 2 flights a week from Dushanbe to Bishkek) for an hour to Manas Airport. Formerly known as Ganci Air Base during Operation “Enduring Freedom”, it once housed over 2,000 US troops as they sortied missions daily into Afghanistan.

After a relatively quick passport stamp, we were appropriately greeted with Kyrgyz cognac and Russian stoli vodka by our guides sent by Kyrgyzstan’s successful non-profit experiment, Community Based Tourism (CBT). For CBT, all your proceeds and money go back to the local people of Kyrgyzstan in exchange for a professional network of socially responsible Kyrgyz all around the country who will take you in and show you their country from a local’s point of view: 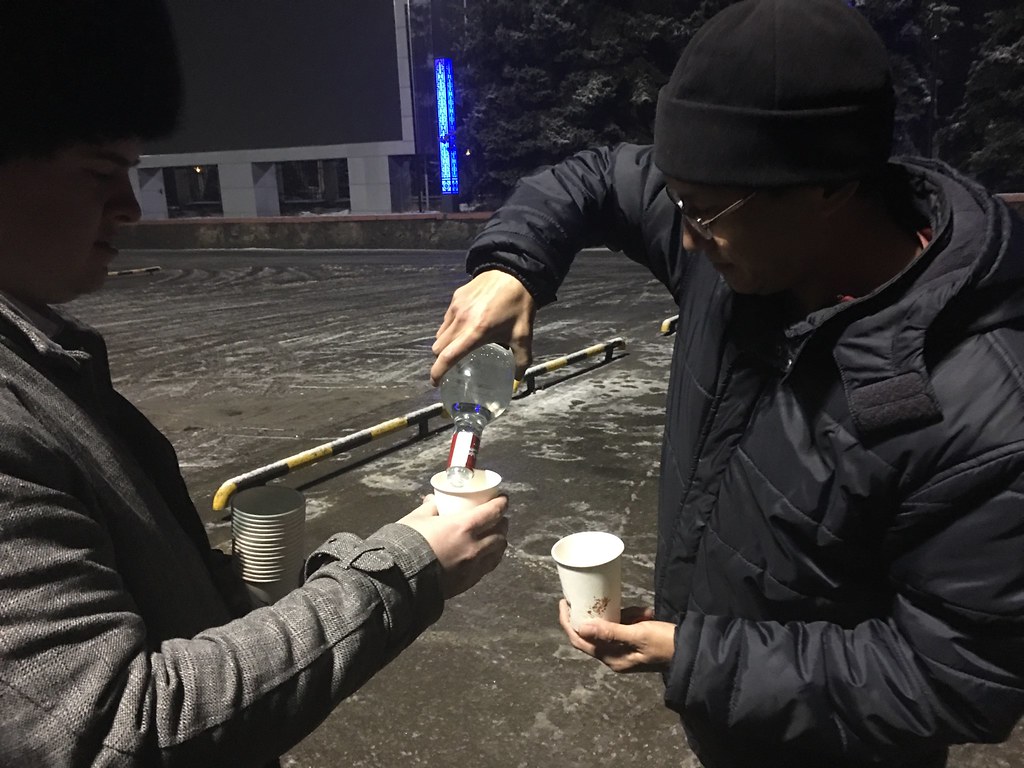 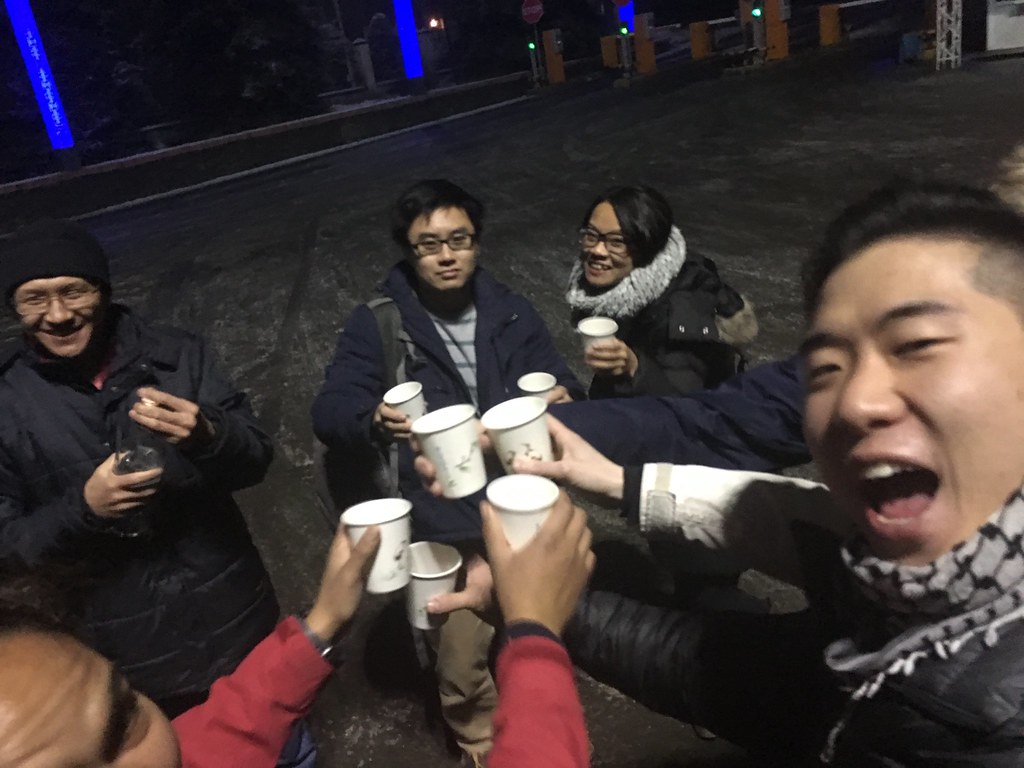 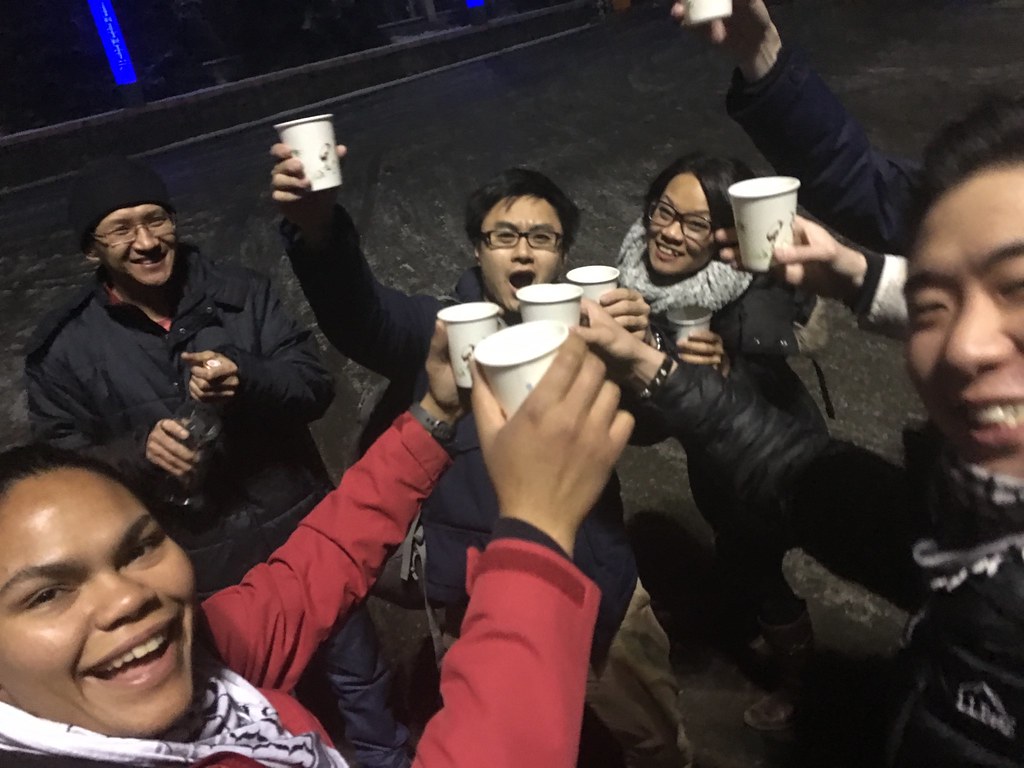 From Manas Airport, we then took a long lonely road for 30min to Bishkek that reminded me earlier of my drive to Astana from the international airport. 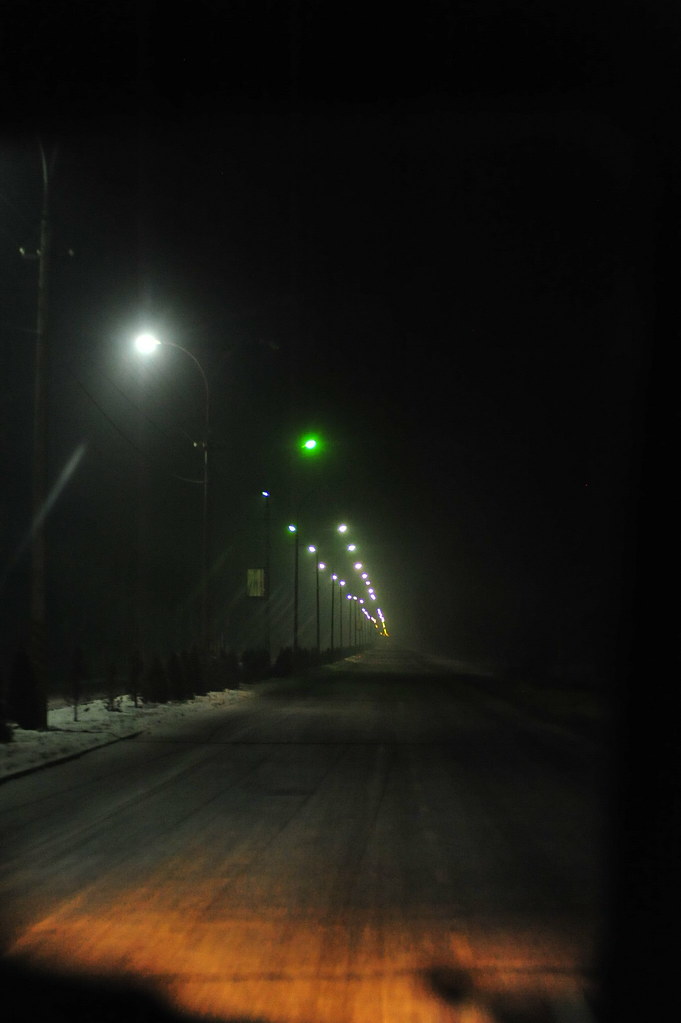 We then turned in at 1am for an early next morning. 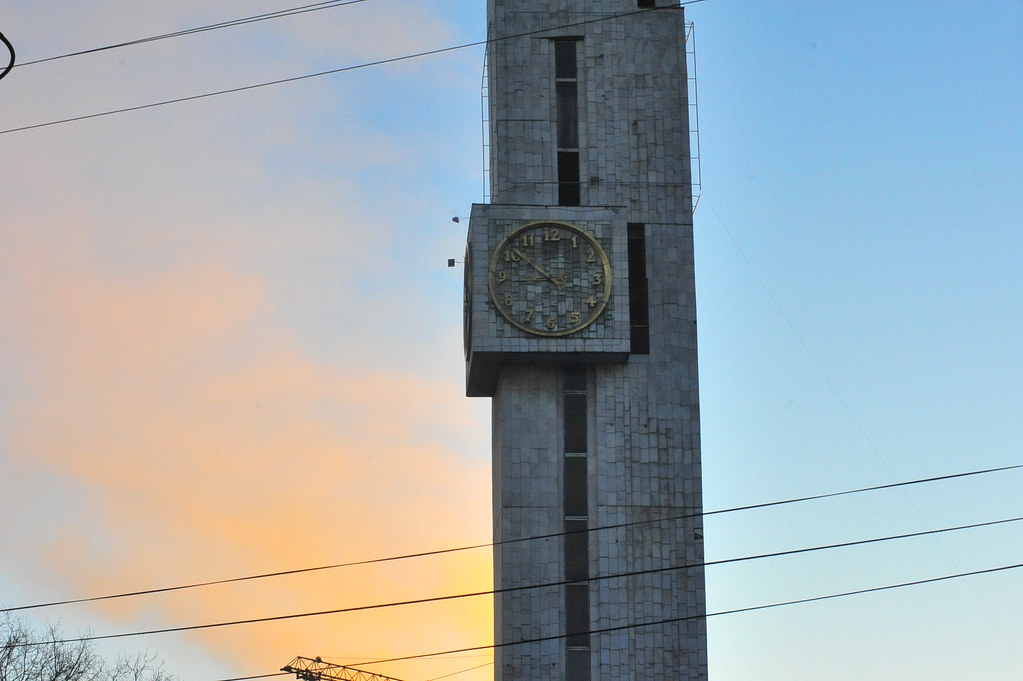 We first visited the atmospheric World War II Monument, built 40 years after the end of the war and meant to suggest the shape of a yurt around an eternal flame: 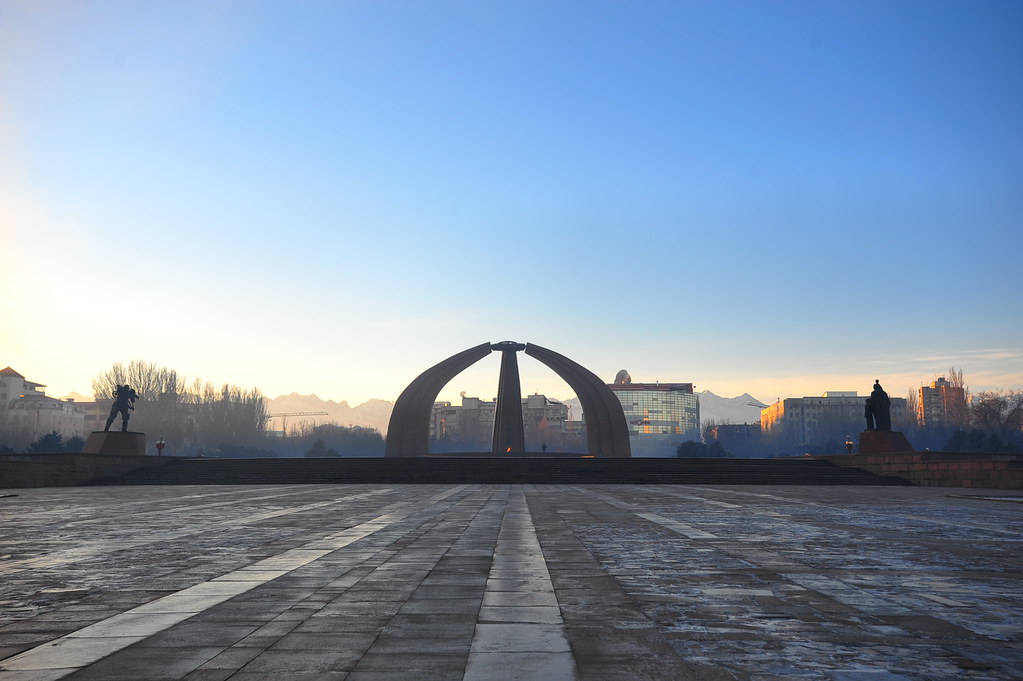 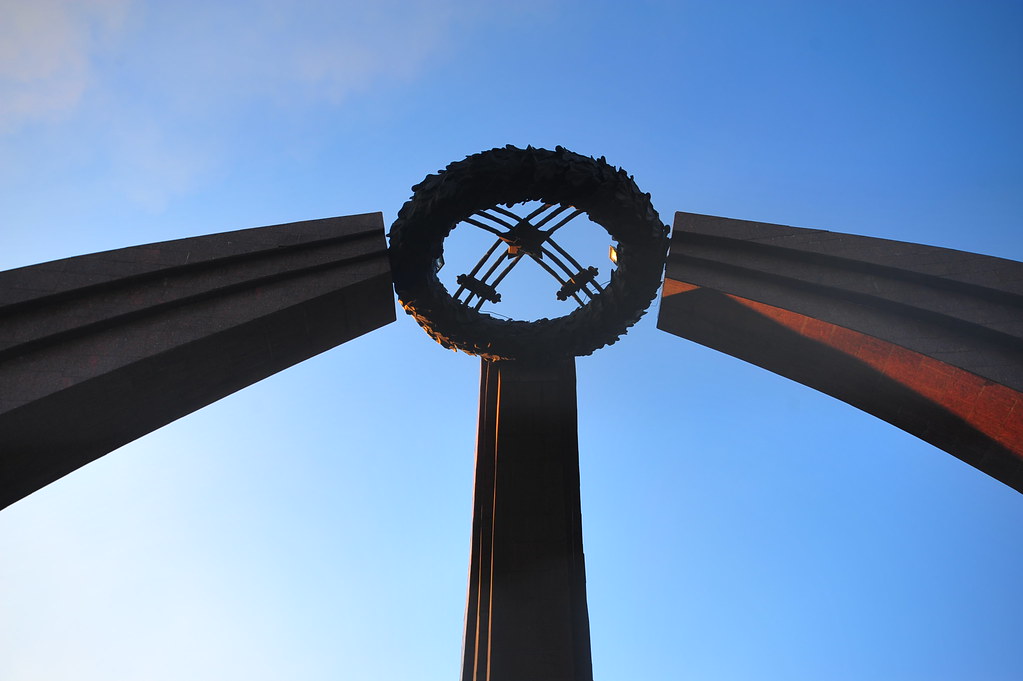 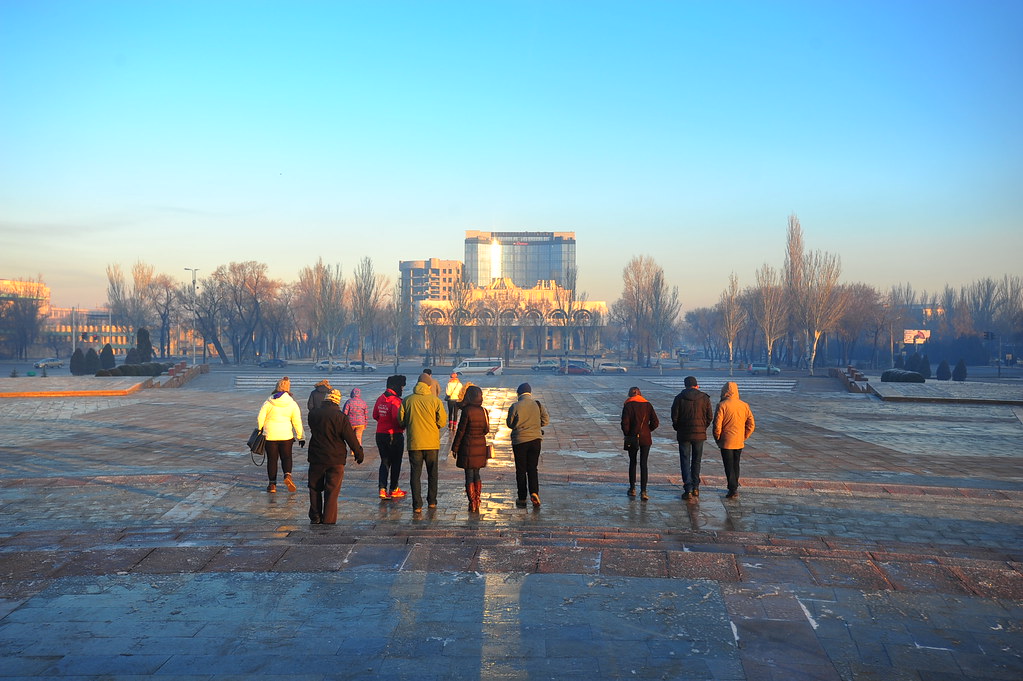 Afterwards we spent half an hour at the Frunze-House Museum, which was built around the original cottage house of Mikhail Vasilievich Frunze, for whom Bishkek was named after he died. With no displays in English, the museum suggests that it chronicles the history of the Soviet Empire in the Kyrgyz region. 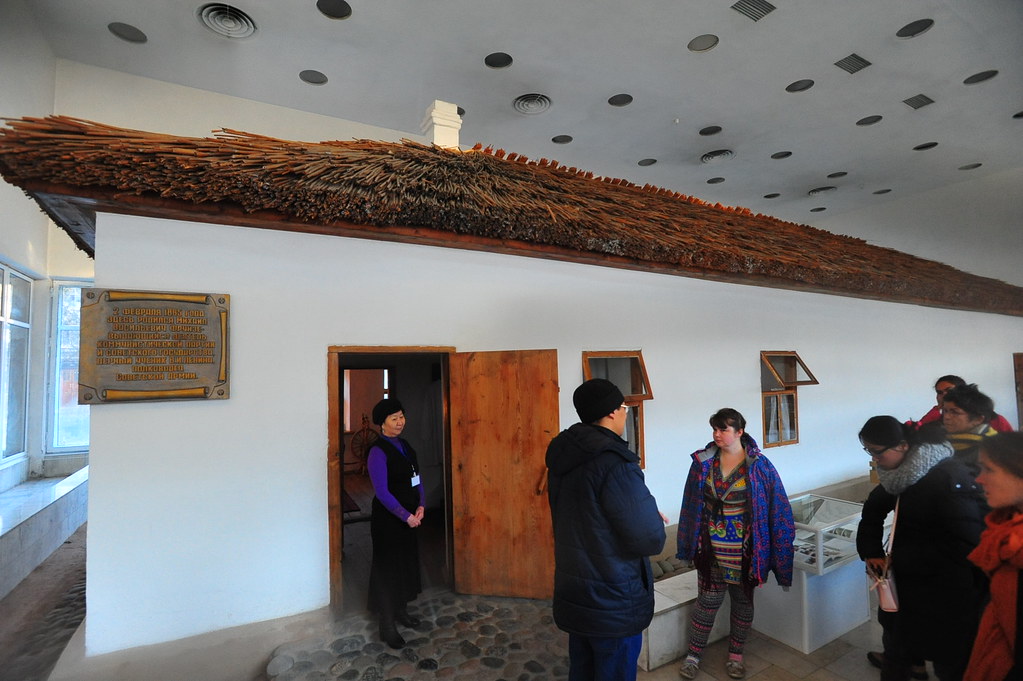 Afterwards we headed to the main plaza: 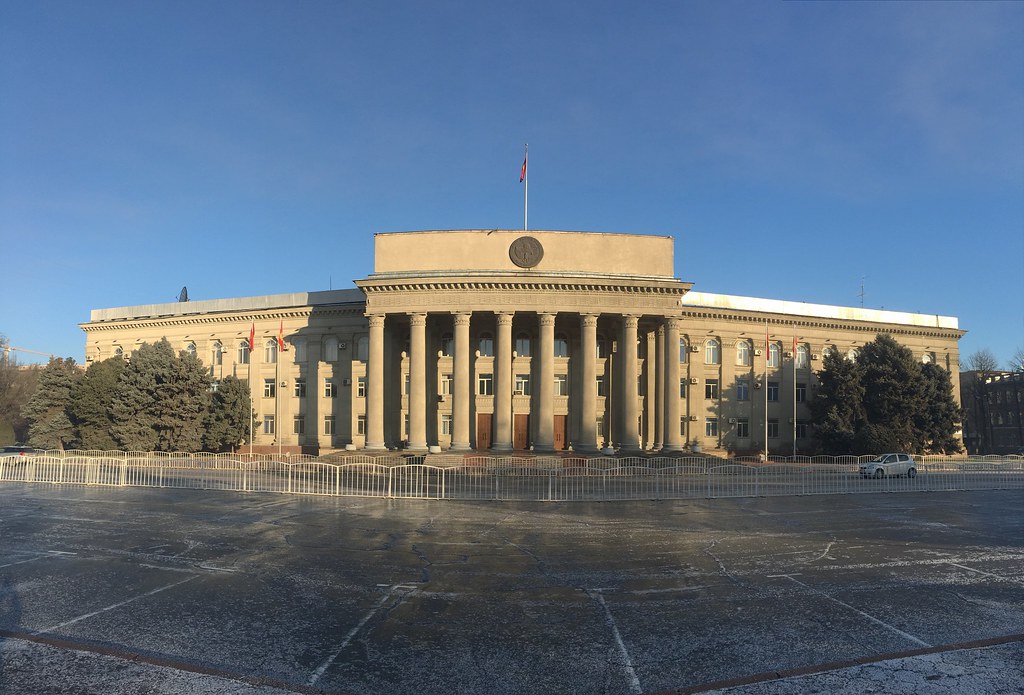 Hidden behind the State Historical Museum is a statue of Lenin: 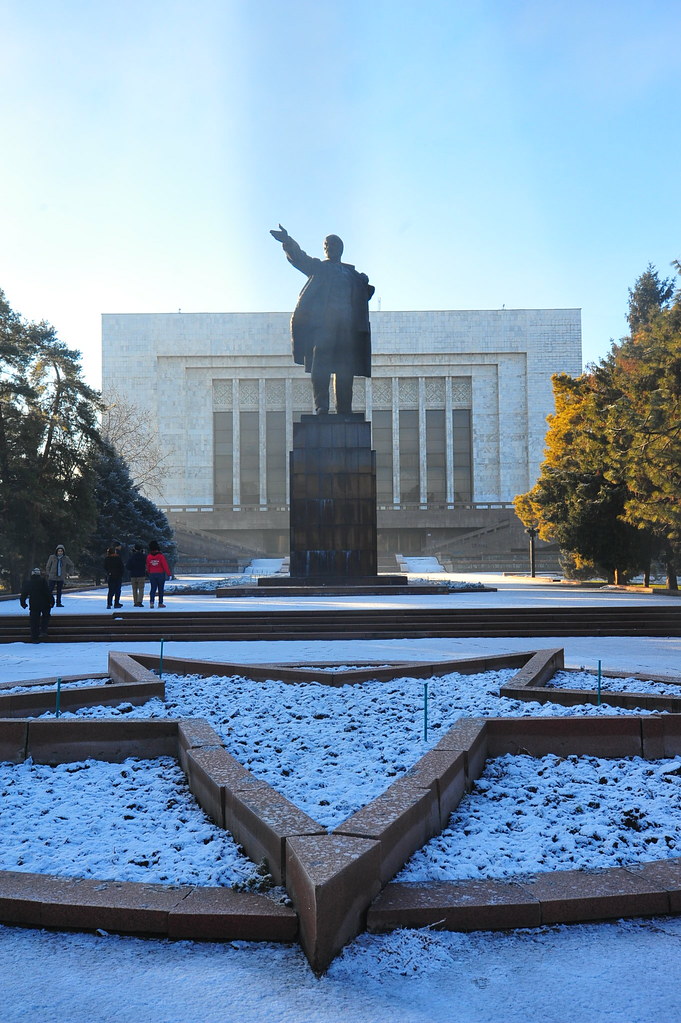 Then you’ll come across the city’s centerpiece, Ala-Too Square, overlooked by a statue of Manas. 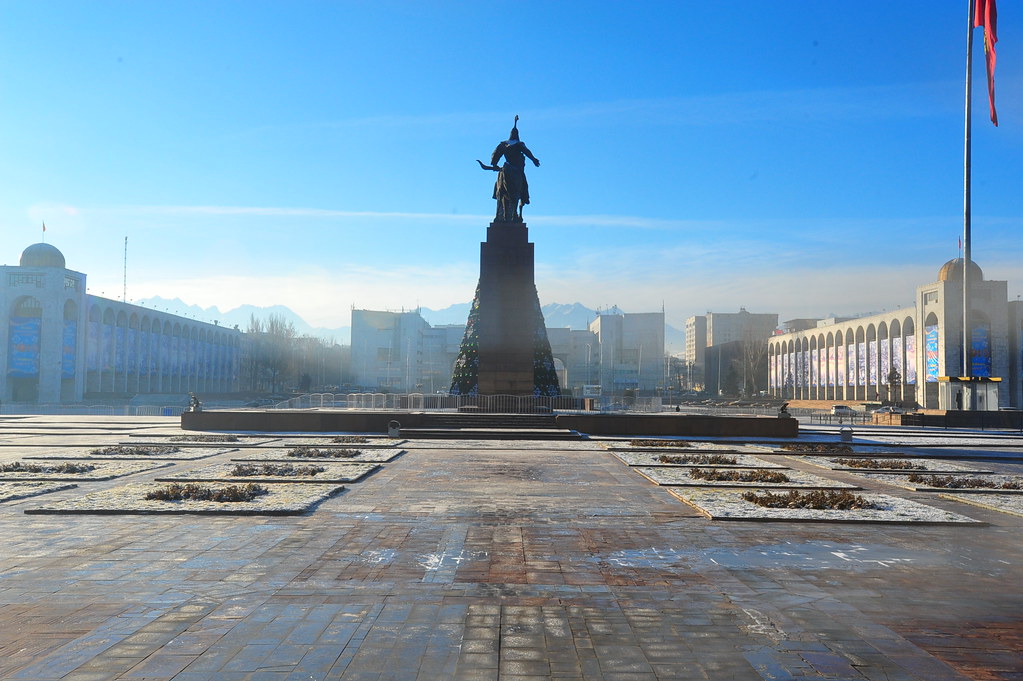 At one end of the museum is the impressive State Historical Museum, remarkable for for its wall to wall Soviet murals on its ceilings and its life-sized yurt on the top floor. Like the Frunze-House Museum, its heavy on Soviet history. 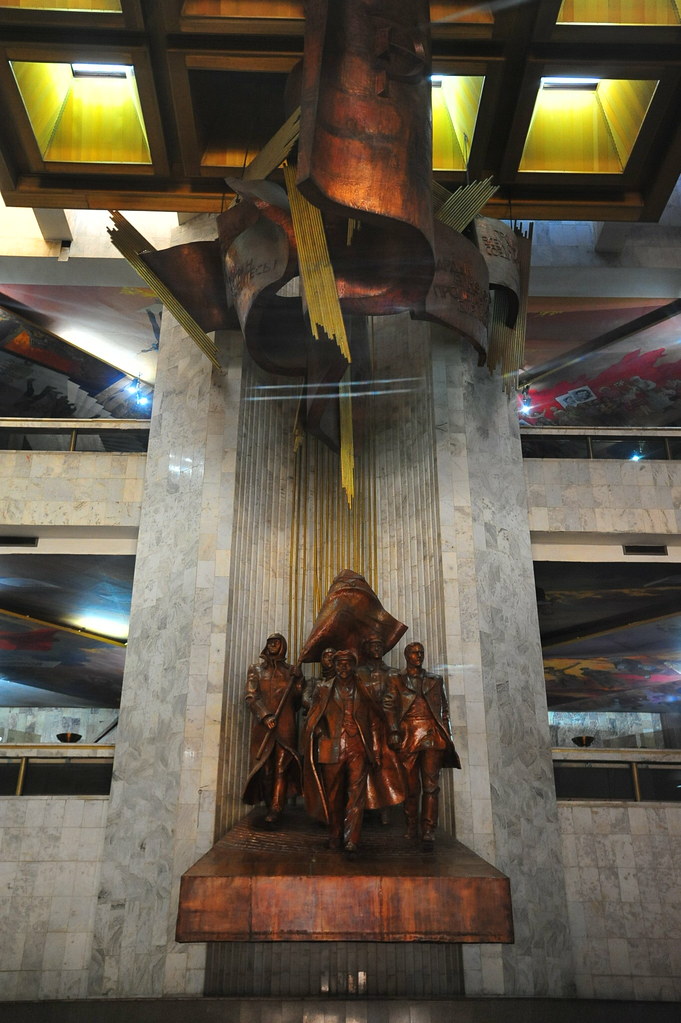 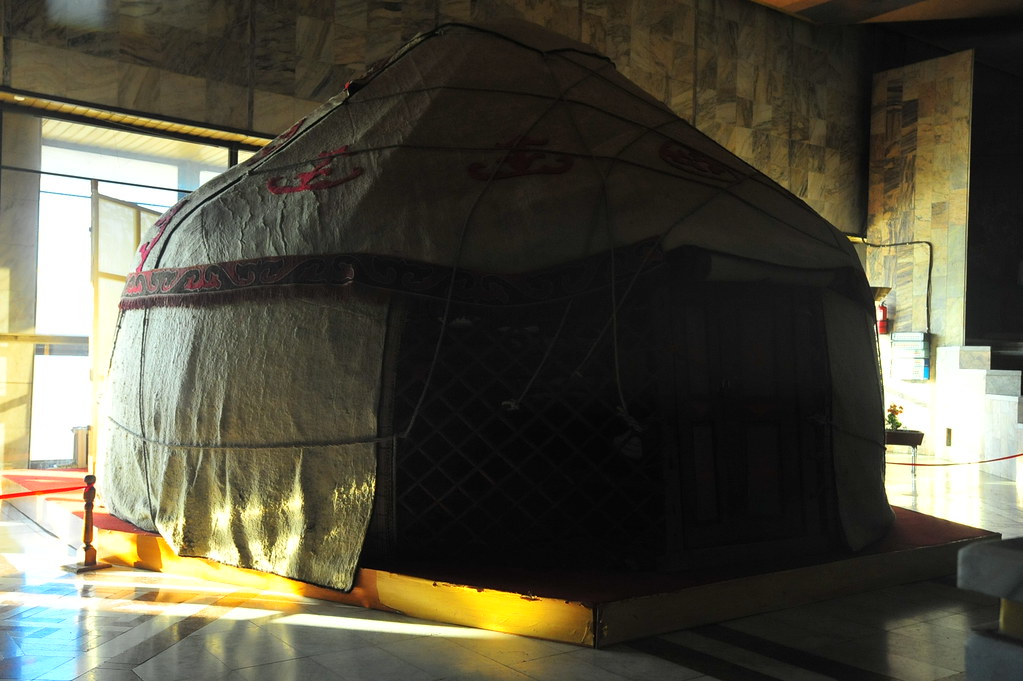 And the murals themselves: 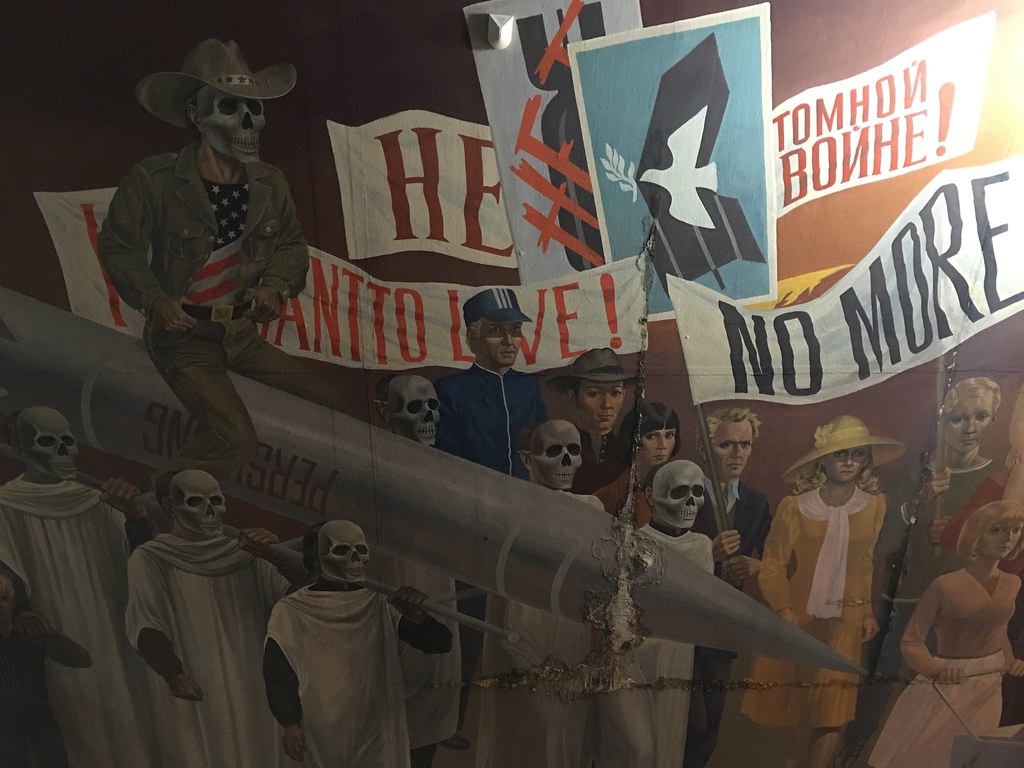 The Soviet depiction of Americans as the Merchants of Death 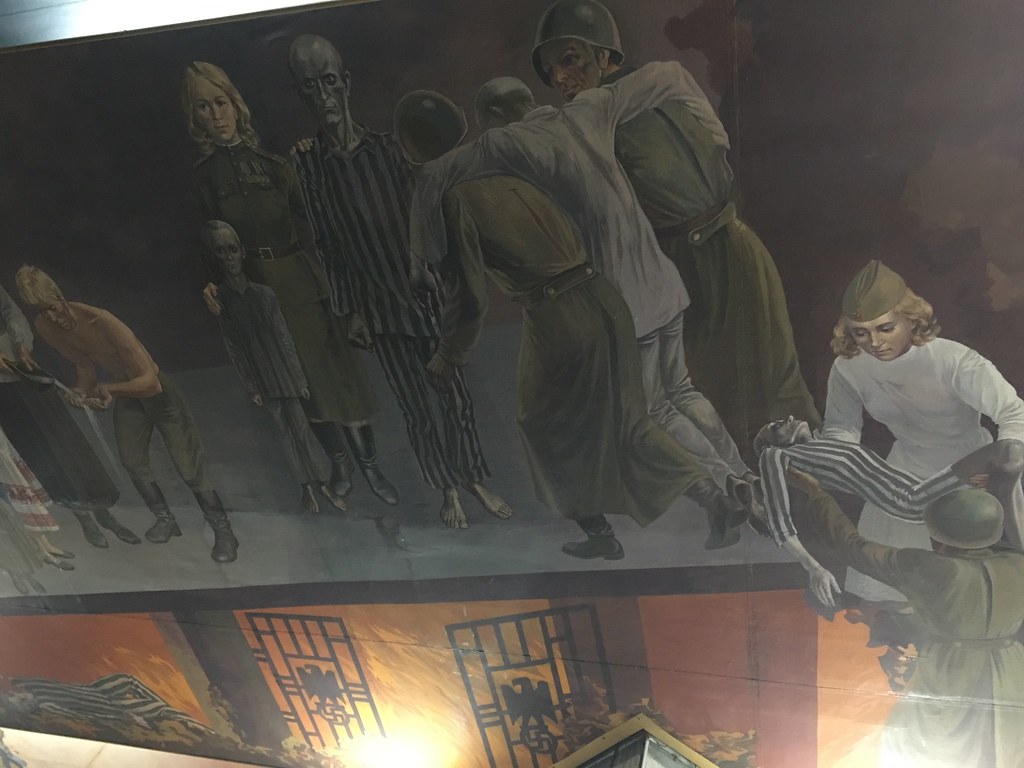 The Soviet depiction of The Holocaust 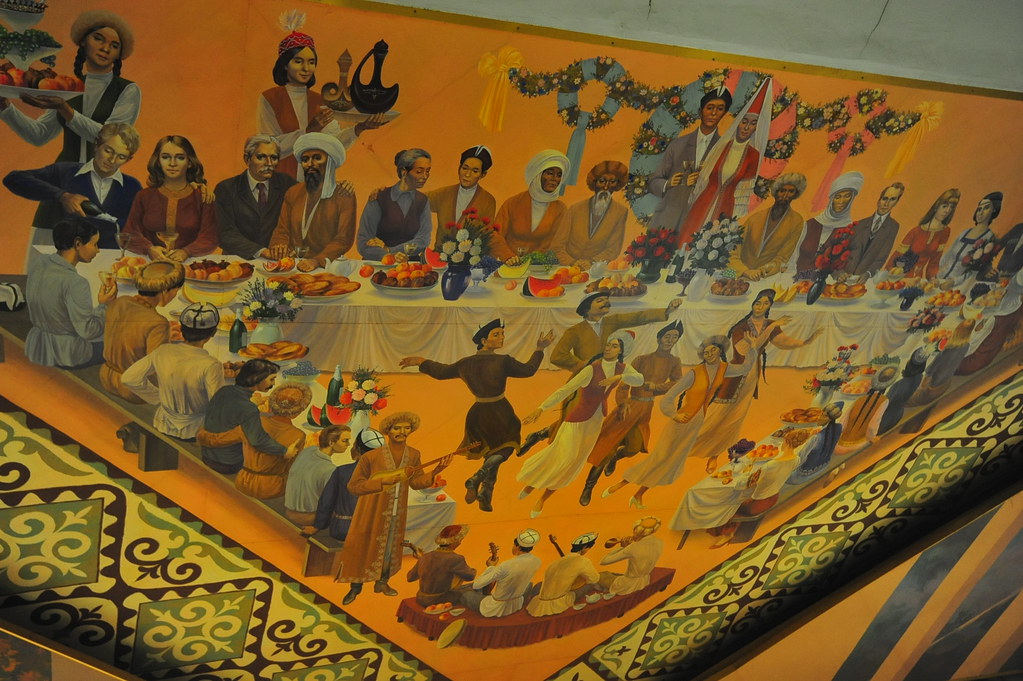 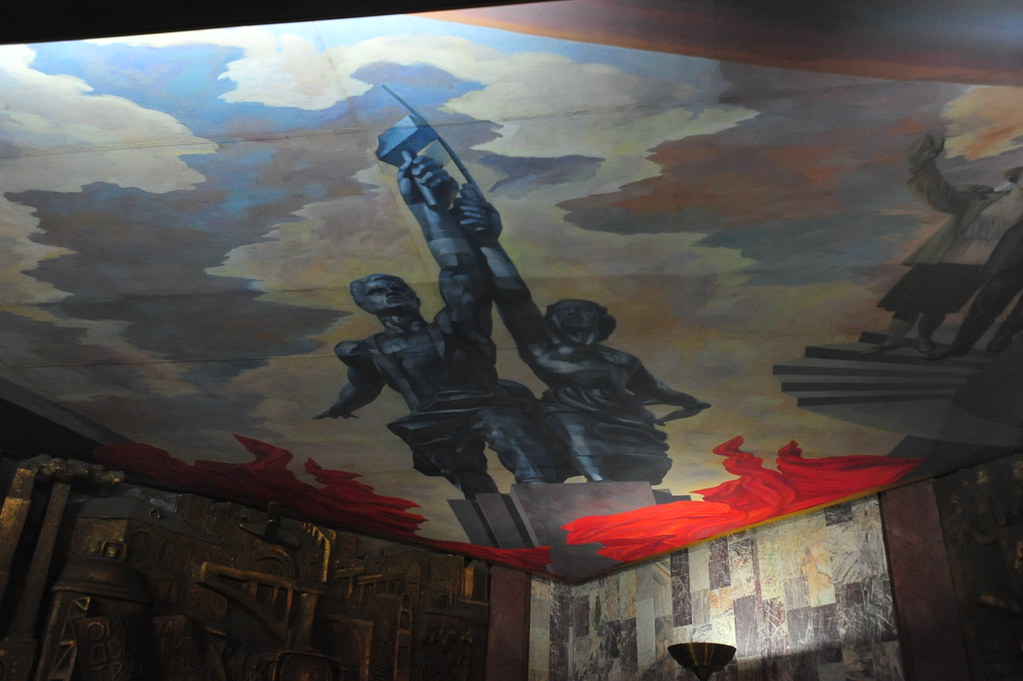 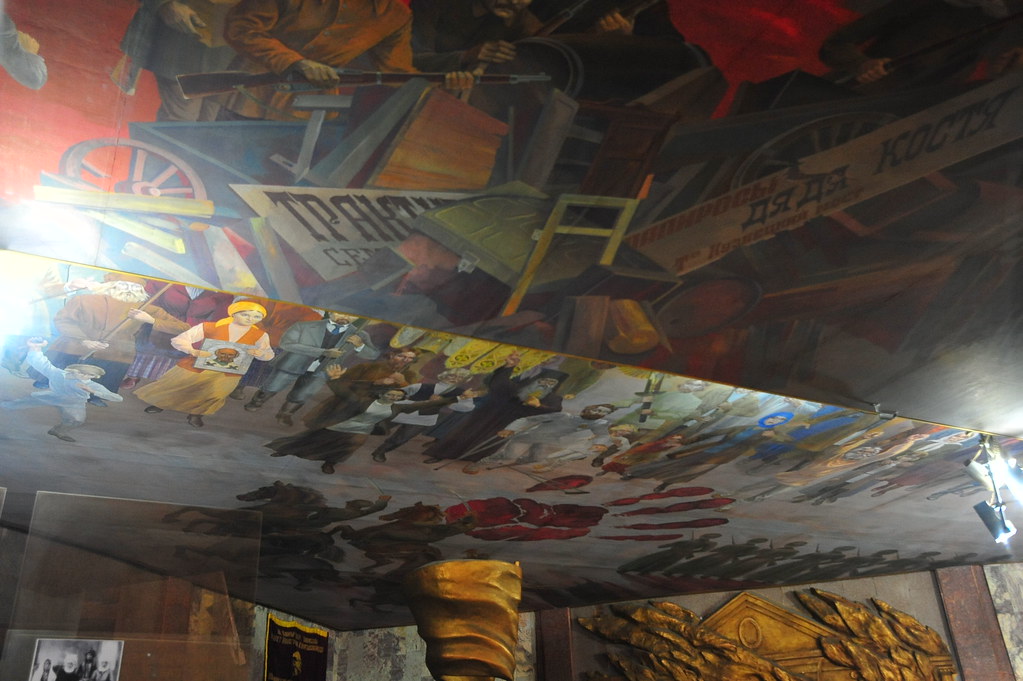 Finally, the last thing to do in the Ala-Too Square is the changing of the guard, which occurs every 2 hours in summertime and every hour in the winter. 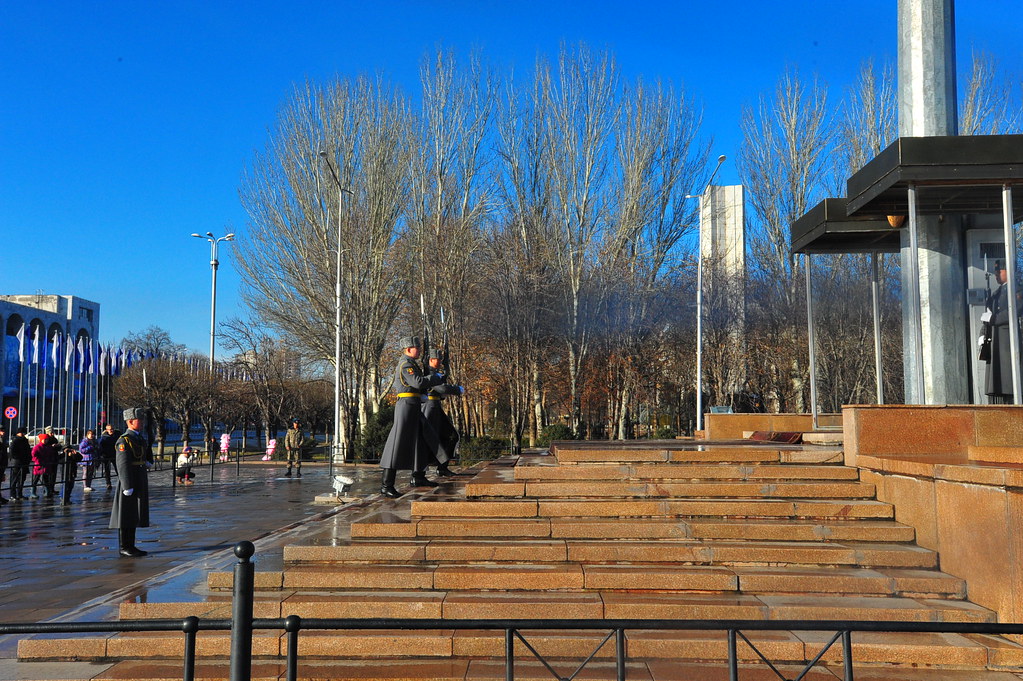 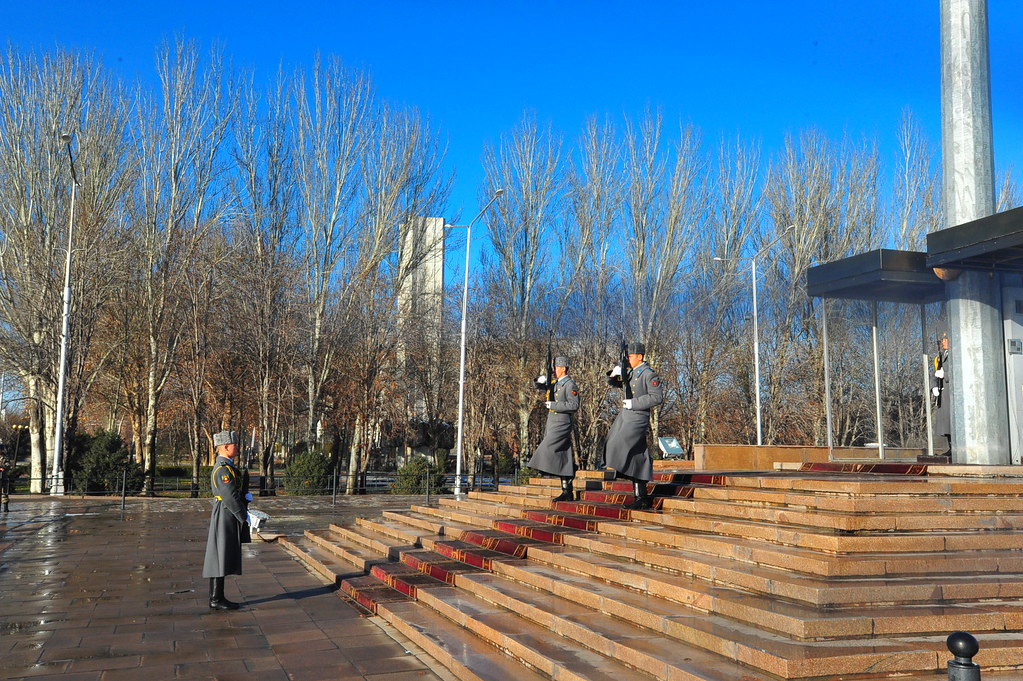 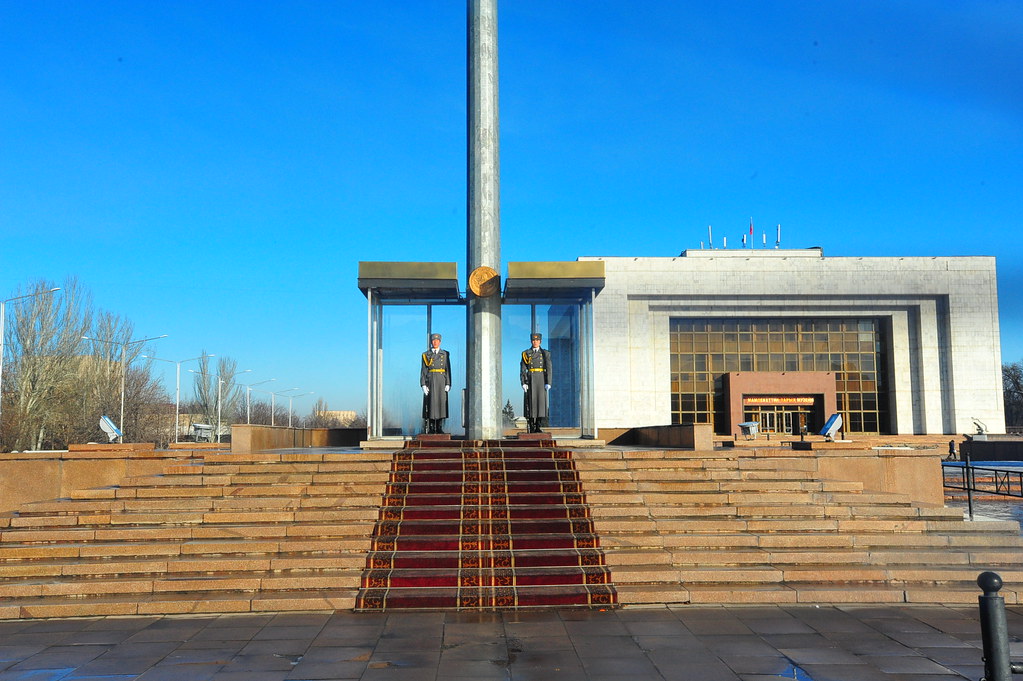 That’s all there’s to see in Bishkek in terms of sights; Kyrgyzstan is really known for venturing outwards into the mountains during summertime, so for the most of you, don’t plan on coming here during the winter unless you want to be the only tourists here or if you want to ski.