Ireland In 24 Hours: The Burren & The Cliffs Of Moher 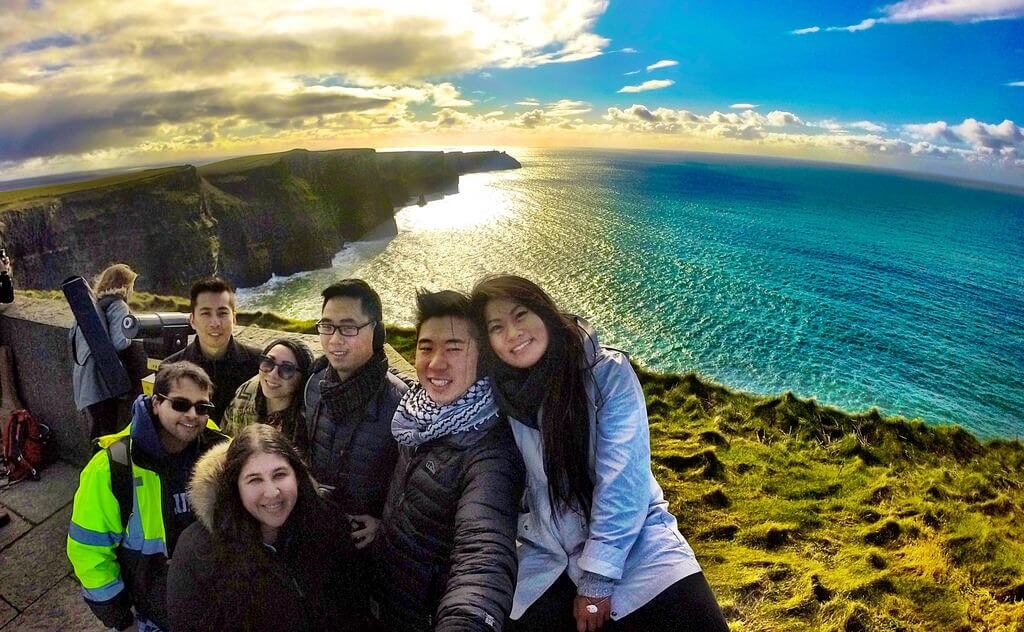 The Cliffs of Moher just got served 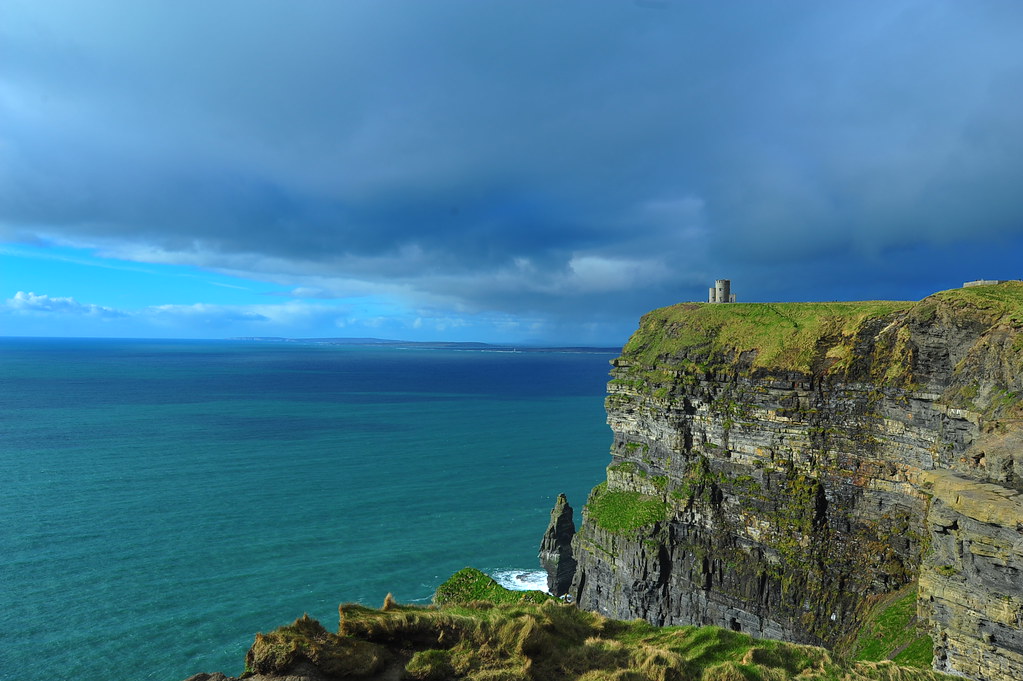 Once again I press on with my social experiment of doing day trips around the world on a budget, while sharing the experience with my frugal readers. This weekend, 7 of us did Ireland in 24 hours.

To preface, my nature work as an Emergency Medicine resident — with random day and overnight shifts peppered throughout the week that includes working on any weekend and holiday — won’t allow me to enjoy these mythical “normal weekends” (ie Friday to Sunday off) that most of you have every week as the average American worker (that’s why many doctors refer Fridays to Sundays off as “golden weekends”).

Once I saw a golden weekend coming up on my schedule, however, I wondered what that would be like to use one for a trip instead of the usual laundry, errands, mail, taxes, drinks, dinner and/or brunch that we all do on any regular weekend. And moreover, if I can pull this off on a weekend, what’s the excuse not to do this more than a few times a year if I could just have 4 of these golden weekends a month like everyone else (I’m looking at most of you)?

So a few weeks ago the stars aligned and I stumbled upon roundtrip nonstop flights from NYC to and from Dublin for 60% off the regular price (think $300-$450 range). I then announced on Facebook about visiting Ireland after getting off of work on a Friday evening, and then getting back home by Sunday before the end of the weekend. I figured maybe 1 crazy person would be foolhardy enough to believe and/or join me on this 24 hour bender.

Well, I couldn’t let them down, could I?

So on Friday evening, I got off of work and took my bags to the airport to catch a direct 9:05pm Delta DL #404 flight from JFK to Dublin International Airport. 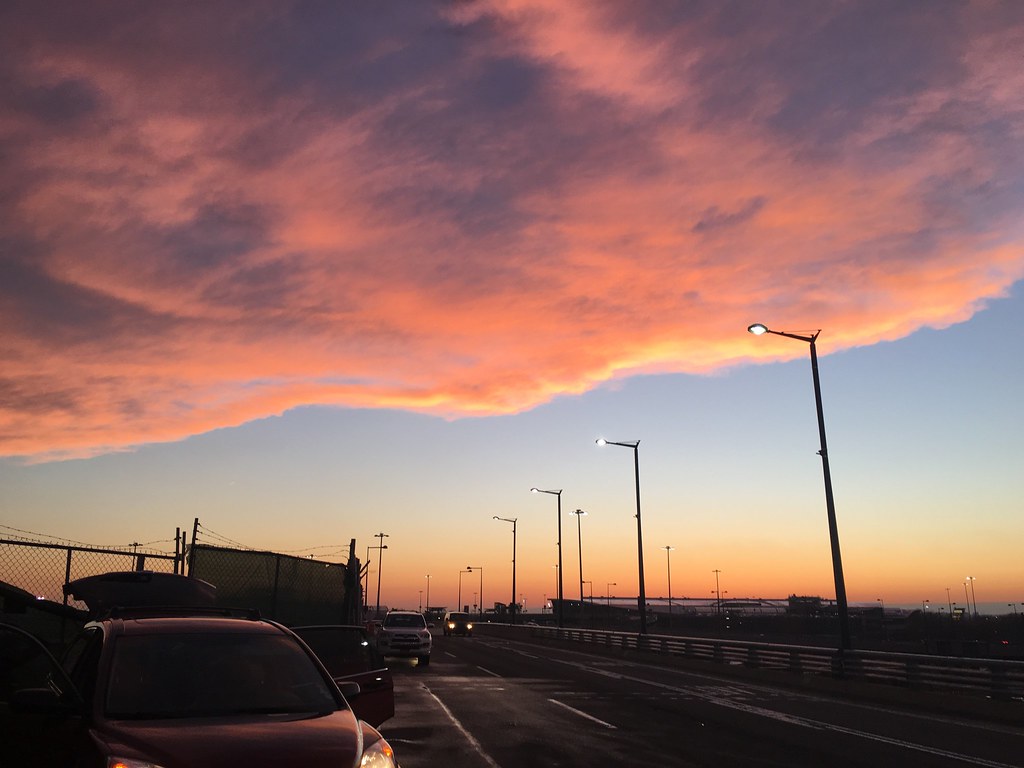 After sleeping 6 hours on the plane, I landed at 8:40am, meeting with the rest of the monsooners at arrivals. 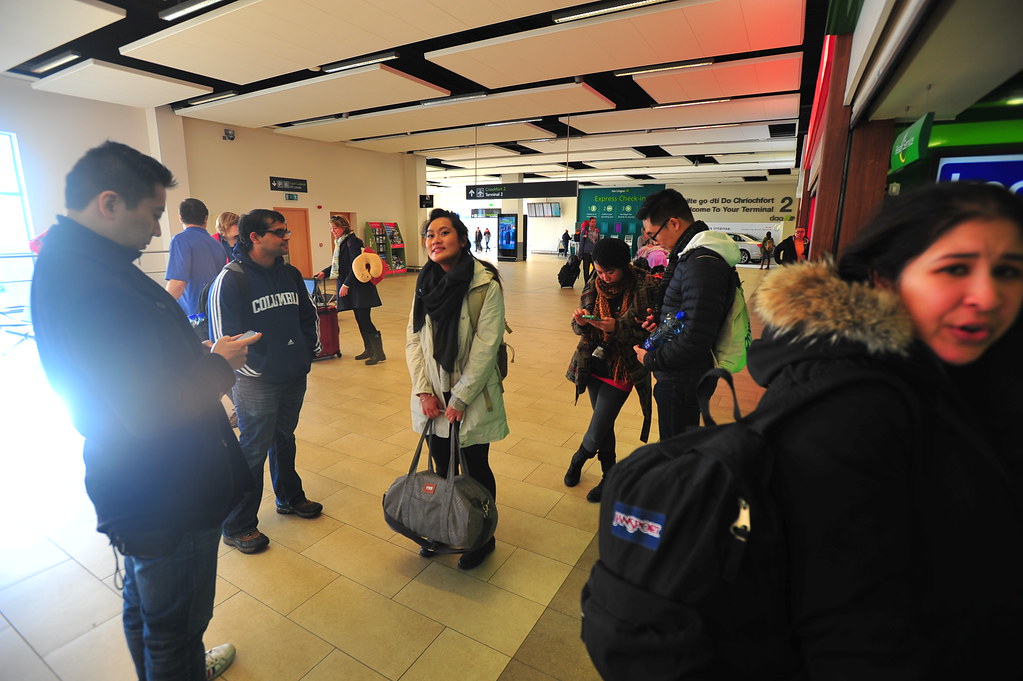 We proceeded down the a few steps towards the Car Rental area, where we snagged a 7-person compact SUV for the day. 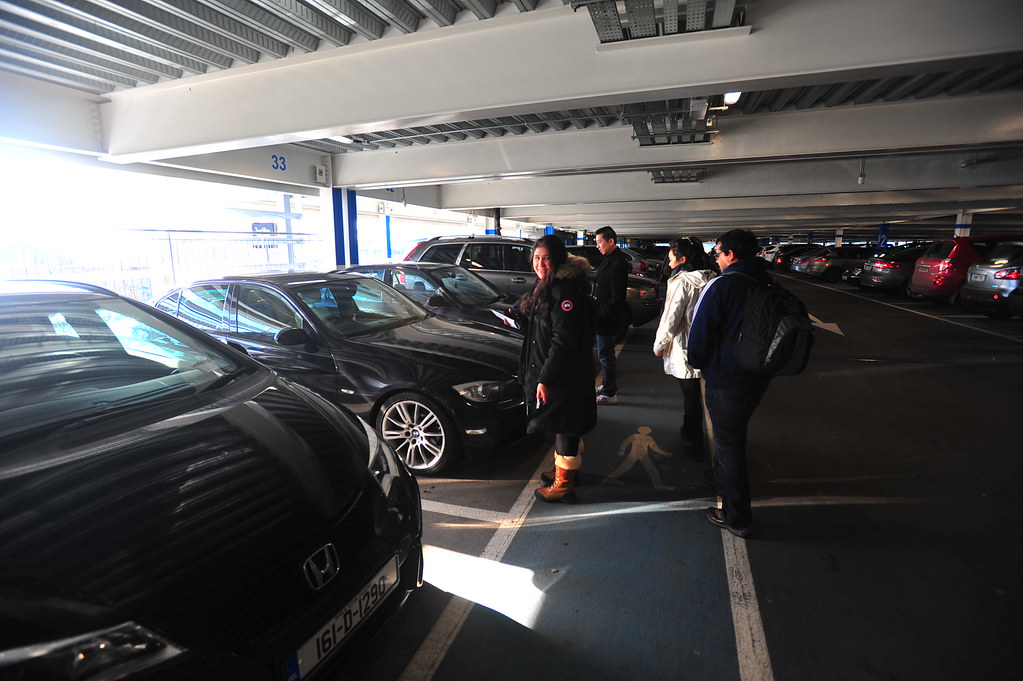 We then decided to drive all the way, end to end, from the east coast of Ireland (aka Dublin) to the edge of its west coast (aka The Cliffs of Moher). 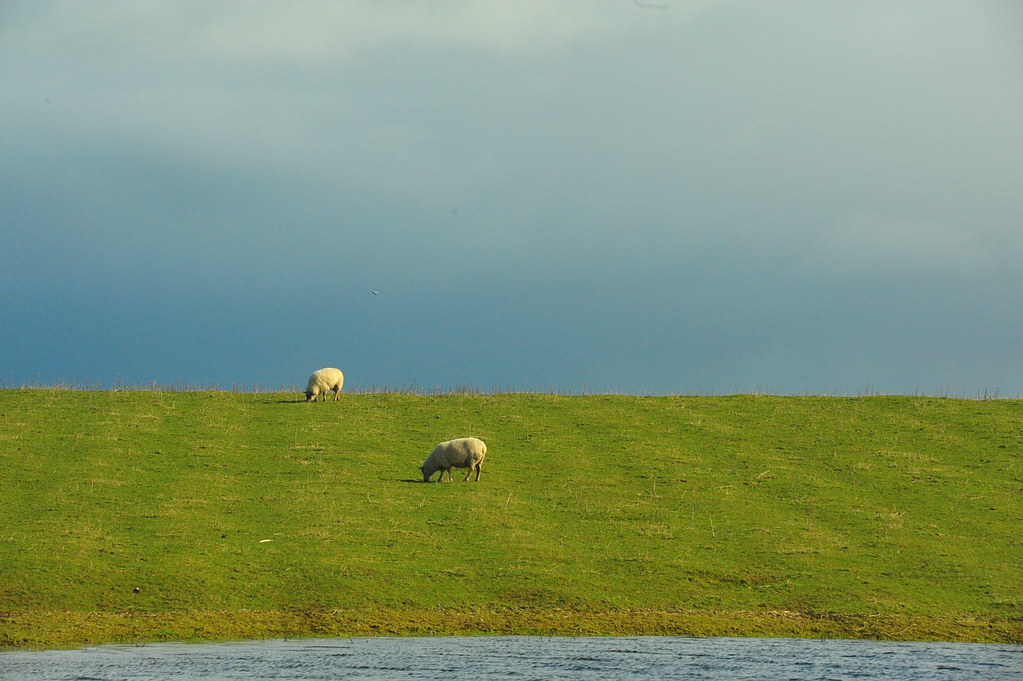 A few days prior to the trip, we had gotten a Facebook comment from a reader about detouring to The Burren, a 250 square km patch of one of the world’s best examples of a glacio-karst landscape (aka a landscape formed from the dissolution of soluble rocks such as limestone, which is what mainly comprises The Burren). So the group decided, why not?

In about 2 hours driving east from Dublin at 120km/hr (which is their speed limit), we hit the edge of The Burren, characterized by a lot of farmland and good-natured cattle. 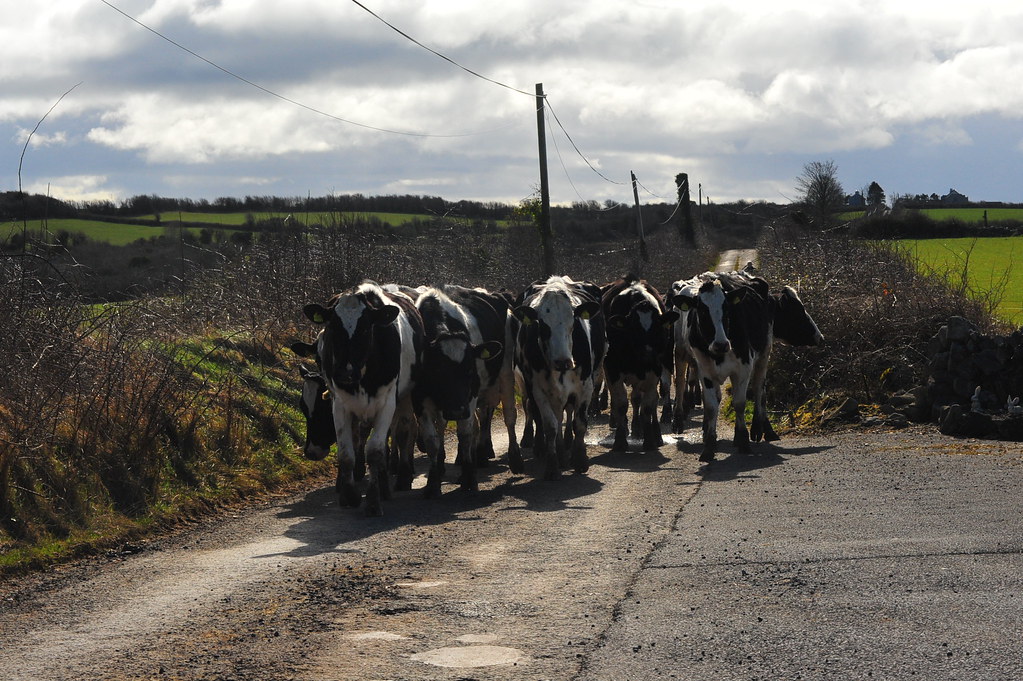 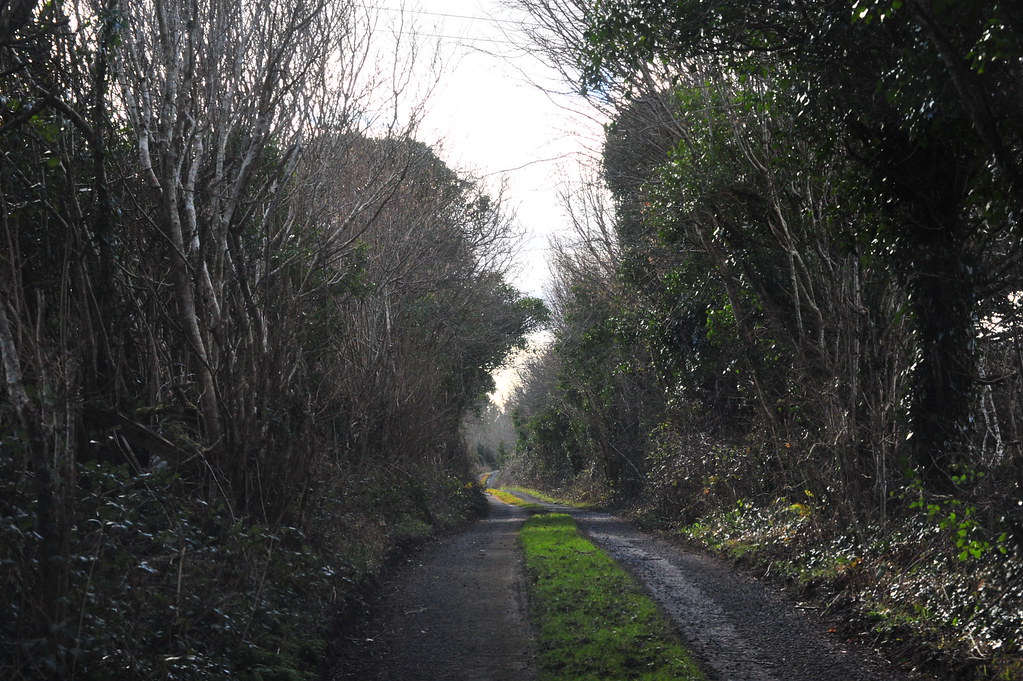 A few minutes drive through a single lane path, we came across The Burren: 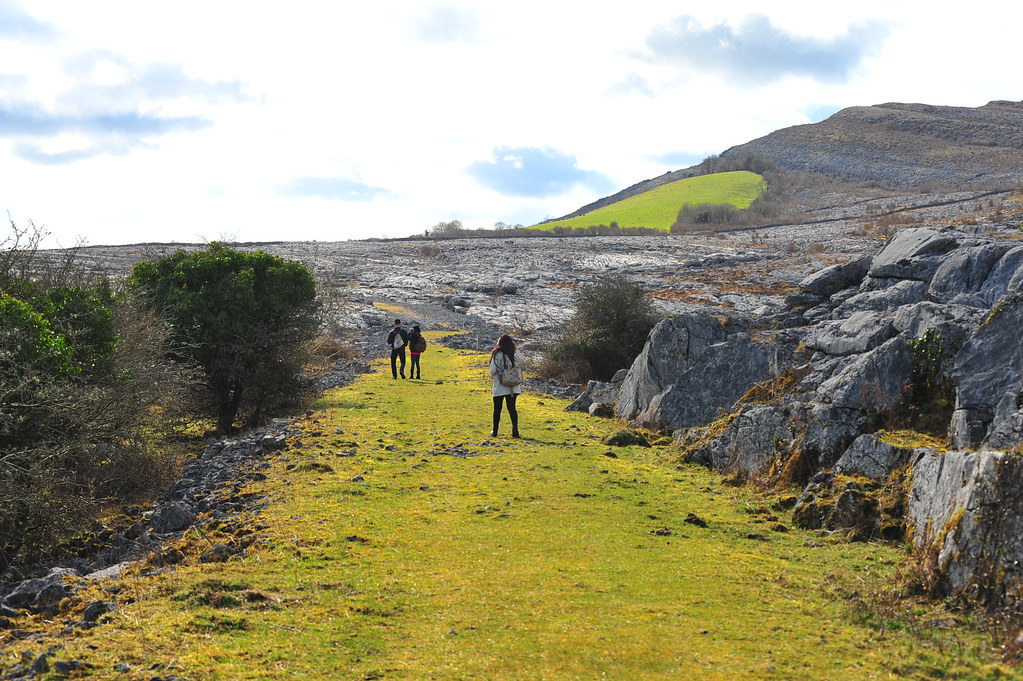 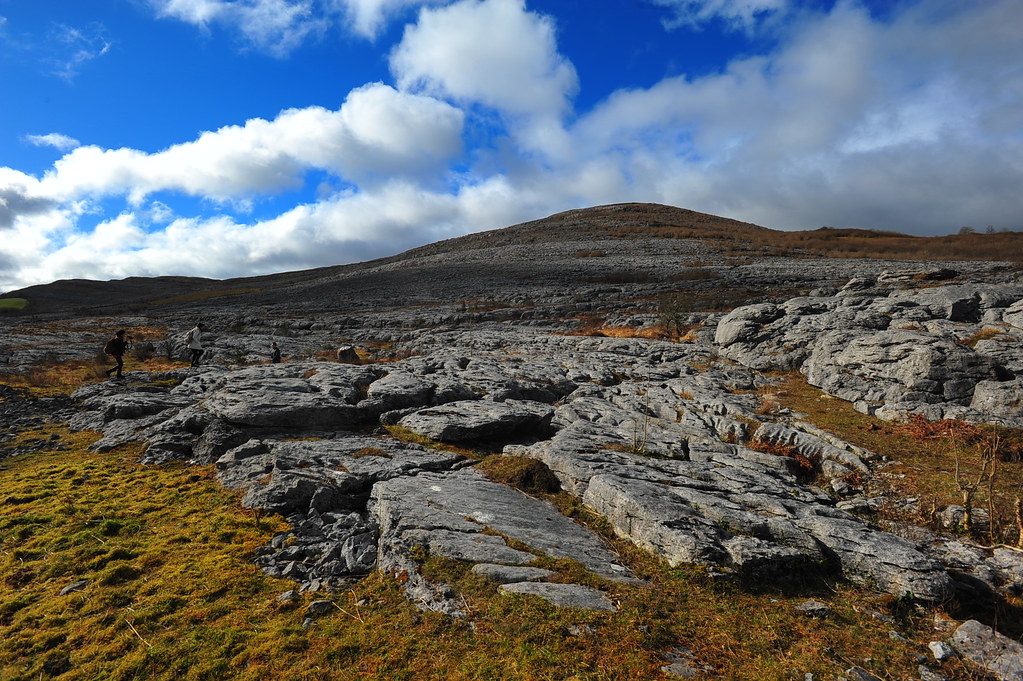 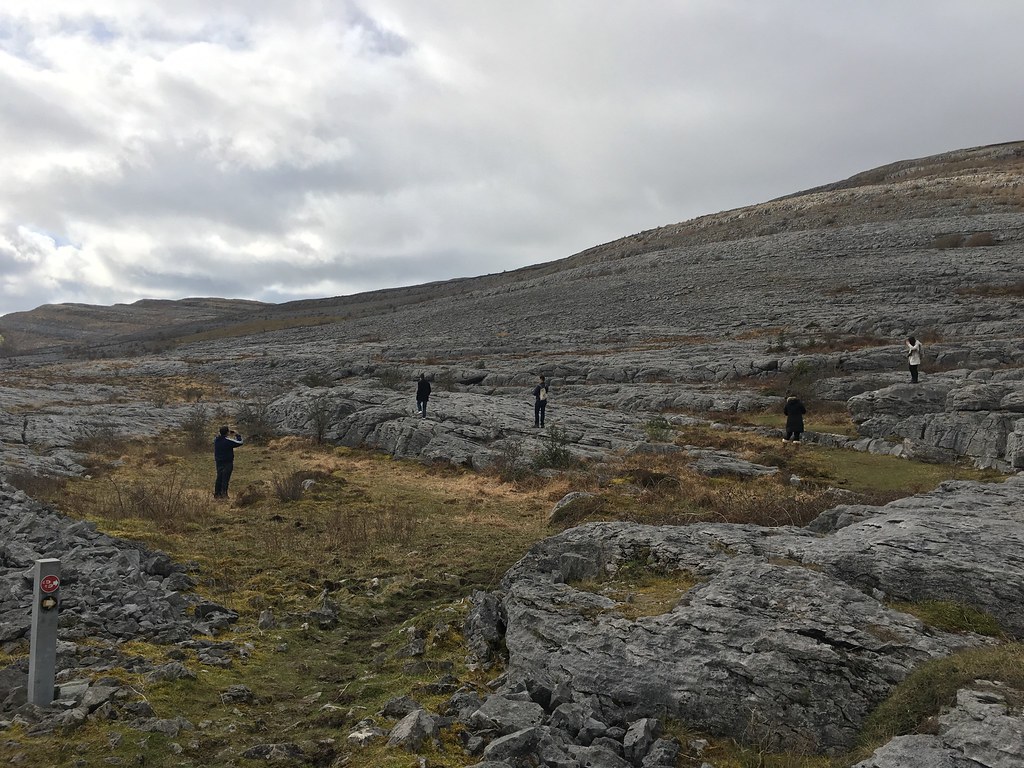 After spending about nearly an hour here, we drove about 40 minutes further west to reach The Cliffs of Moher. By then it was about 2pm. 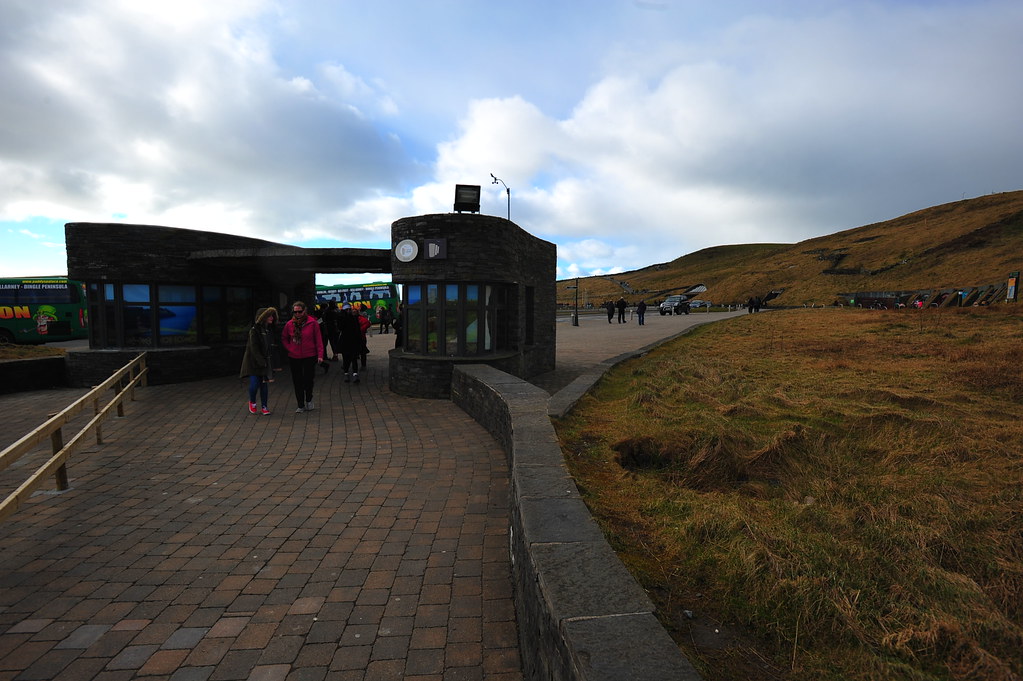 The entrance fee including parking is about 8 euros per adult, 6 euros if you bring a student ID. After getting out of the car, it’s a short walk to the visitor’s center and the cliffs themselves: 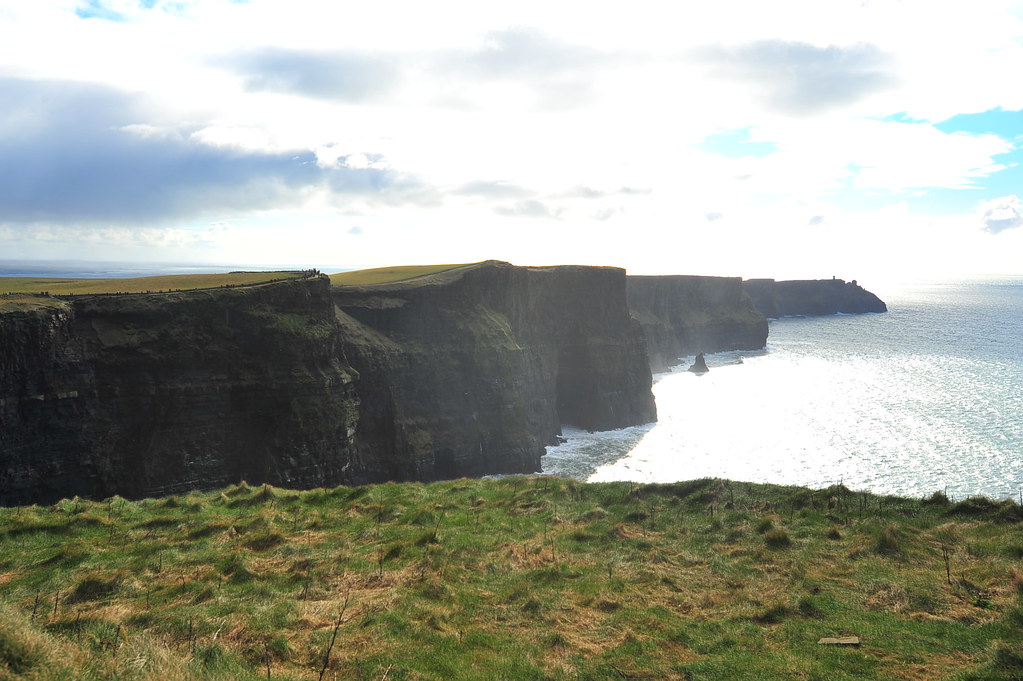 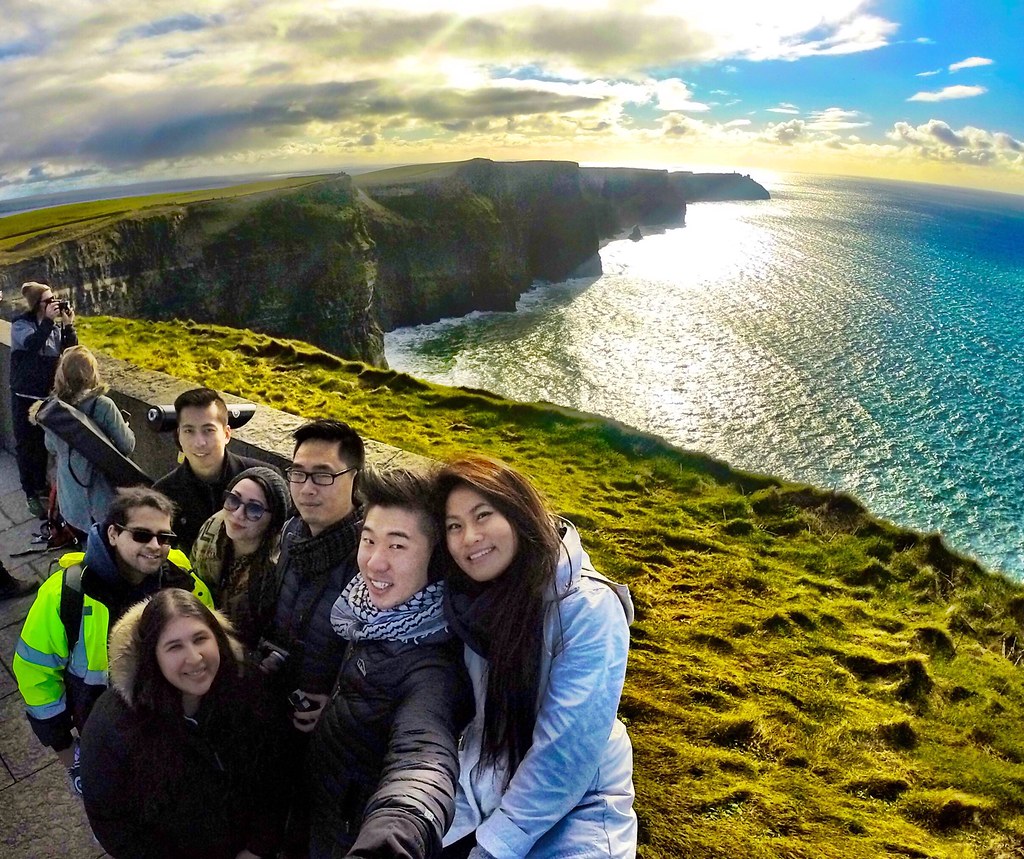 If you remember Harry Potter: The Half-Blood Prince and the journey to the cave scene, you might recognize the cliffs in the background. 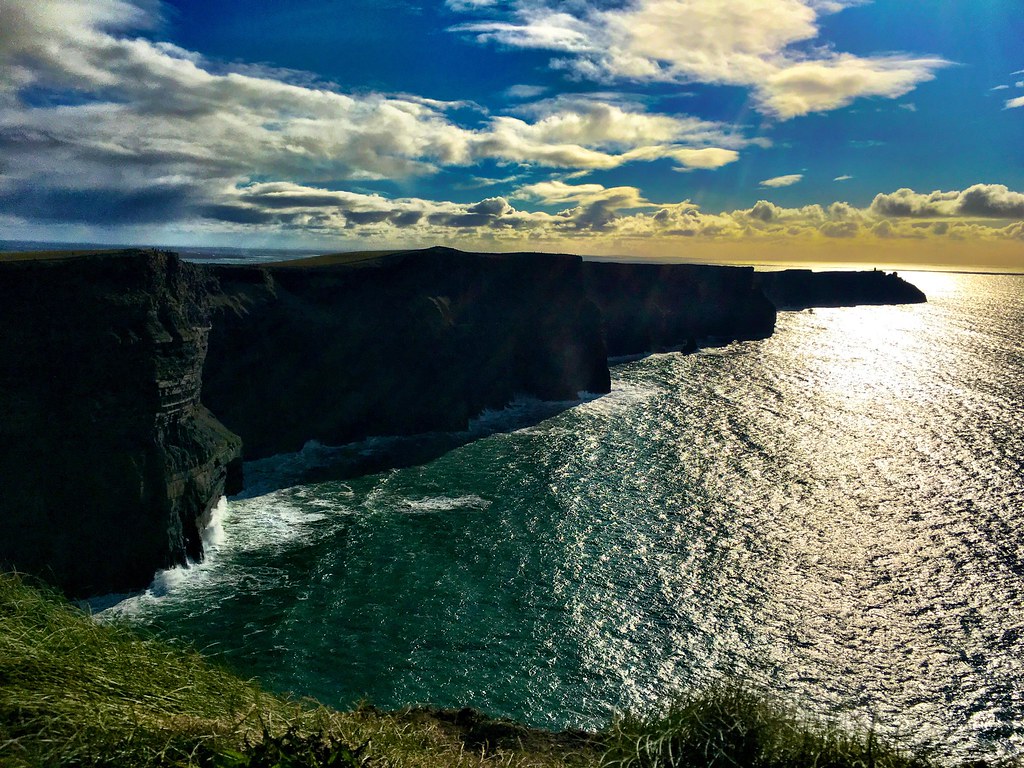 Yep, if you didn’t already notice, I’m still in my scrubs from work (for the record, didn’t get to change out of them until later that night in the hostel)

You can walk a bit north to reach the small round stone tower built in 1835 (costing 2 euros per person to enter): 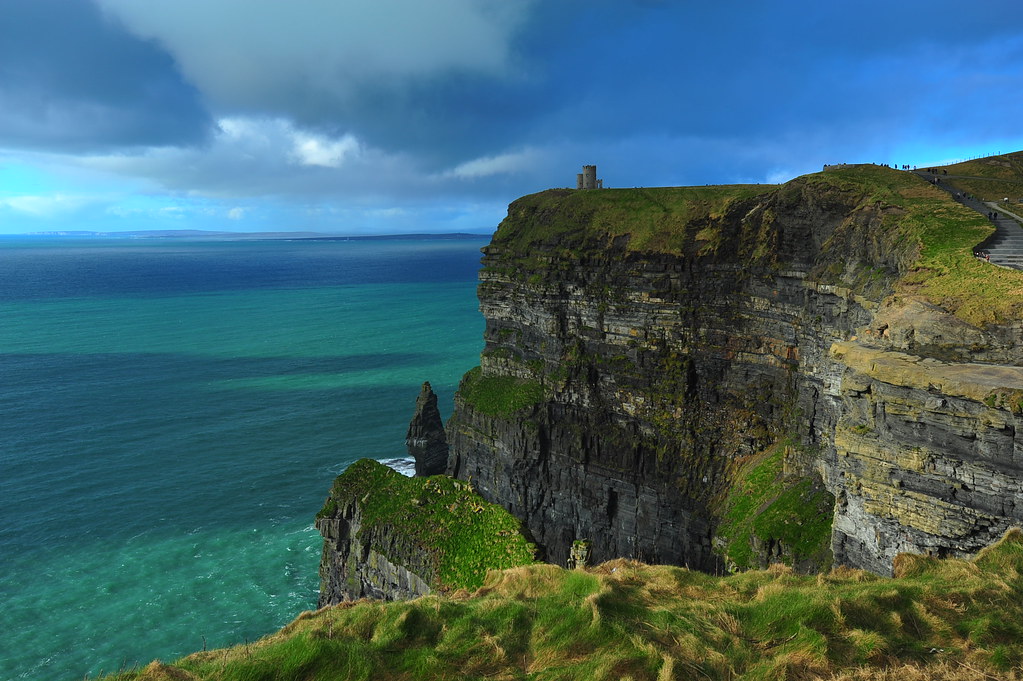 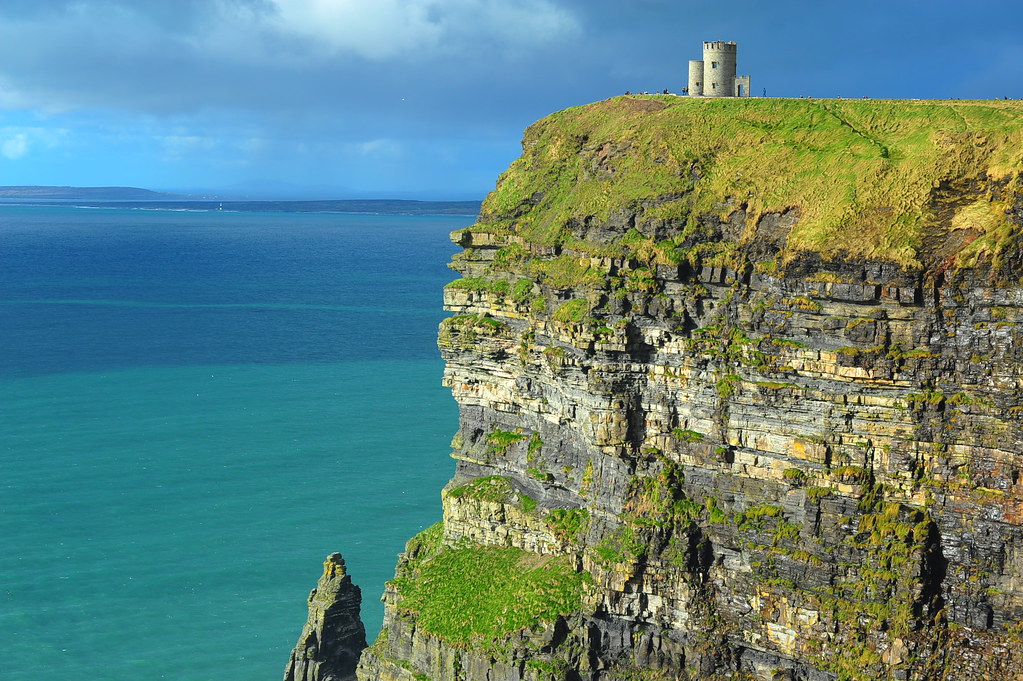 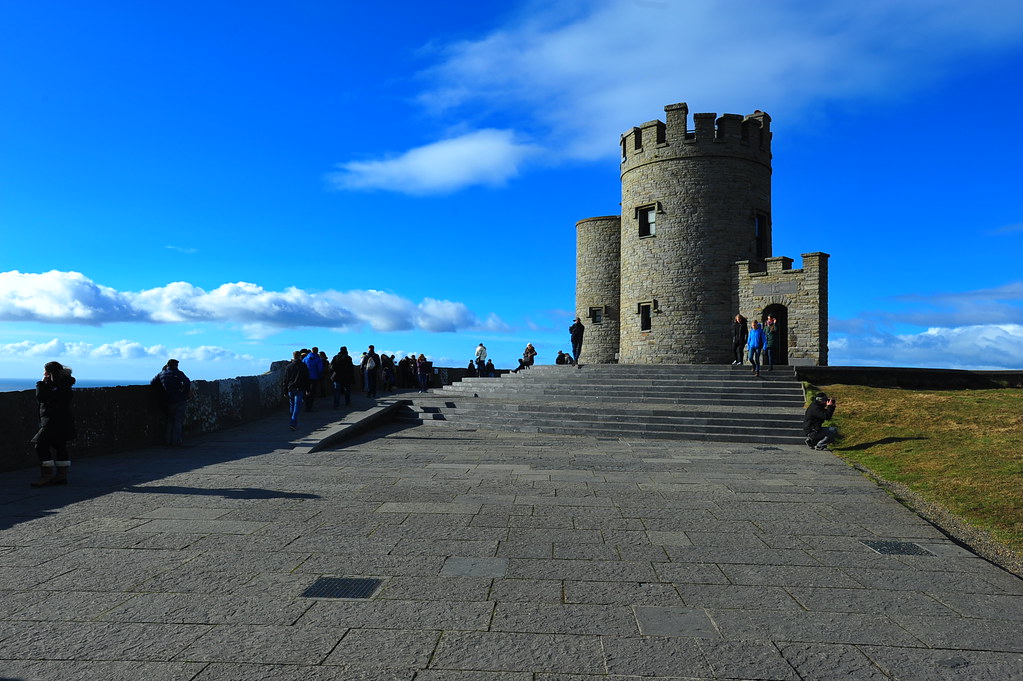 For the older crowd, remember the Cliffs of Insanity from the film, The Princess Bride? 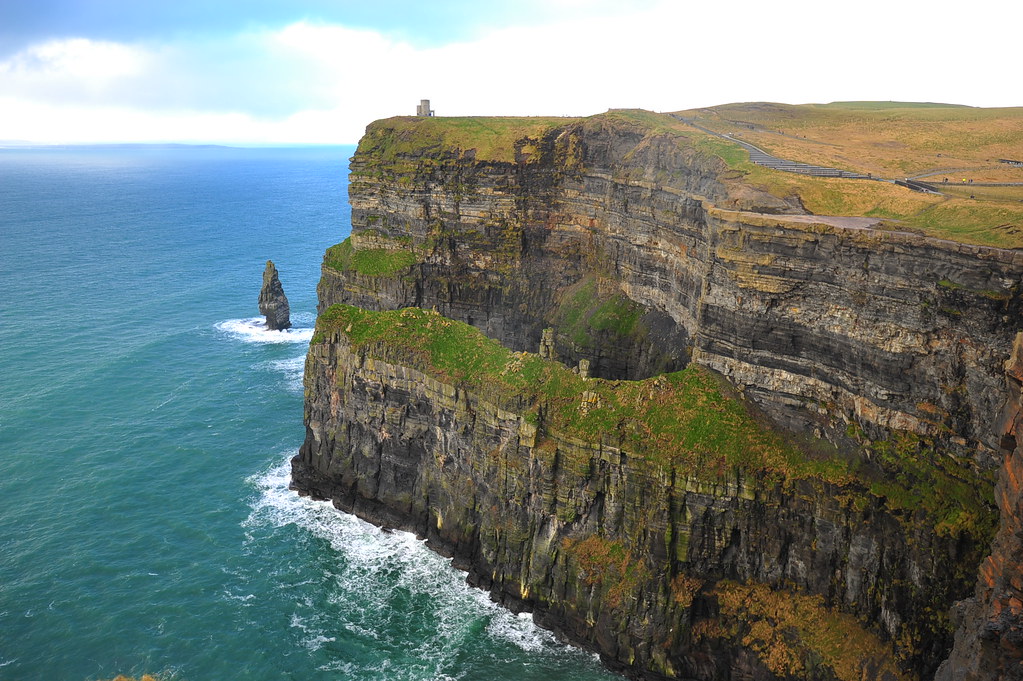 If you walk more south towards the cliffs, security by the rangers gets a little lighter and the crowds thin out: 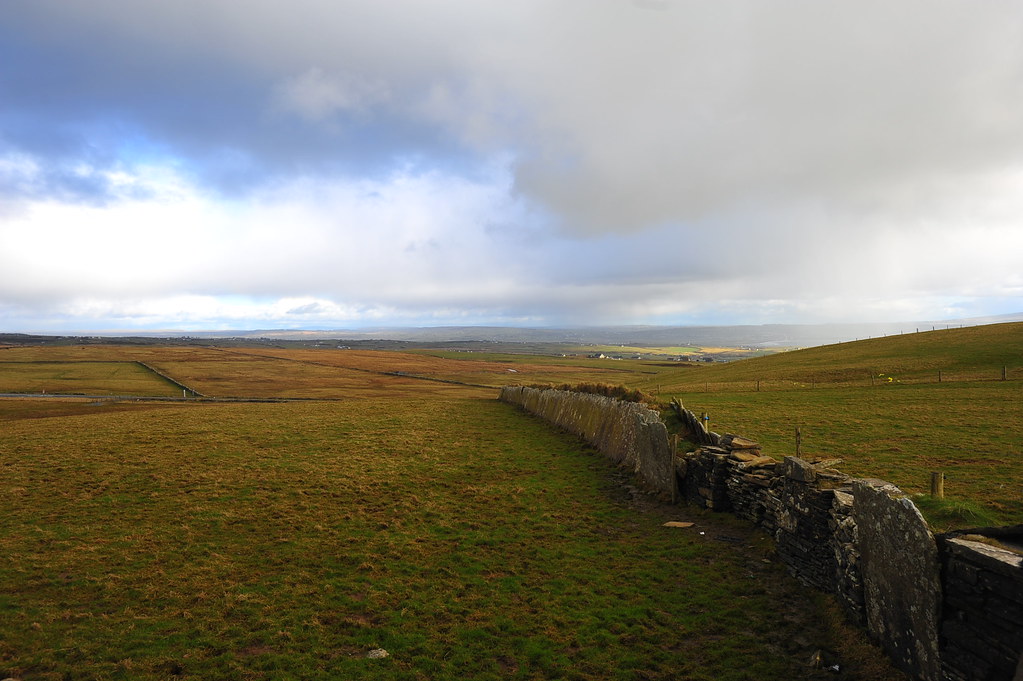 The pastures by the cliffs

Because the high winds can get extremely unpredictable here, the Irish national park service do their best to discourage visitors from jumping the low stone fences and approaching the cliff edges for a photo. 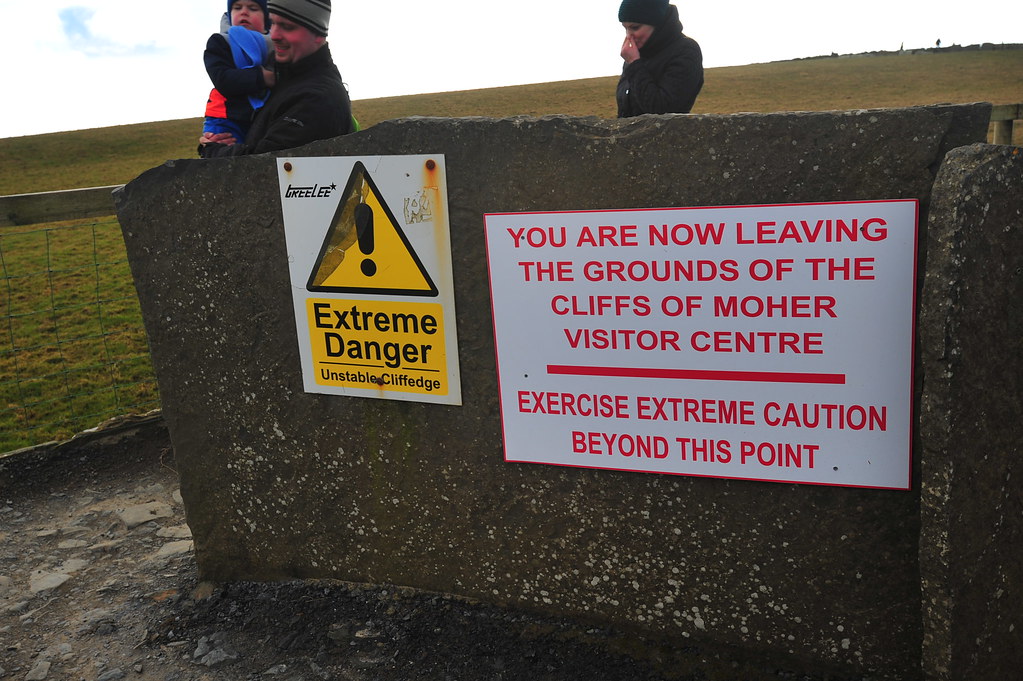 …but we found this memorial to be way more effective: 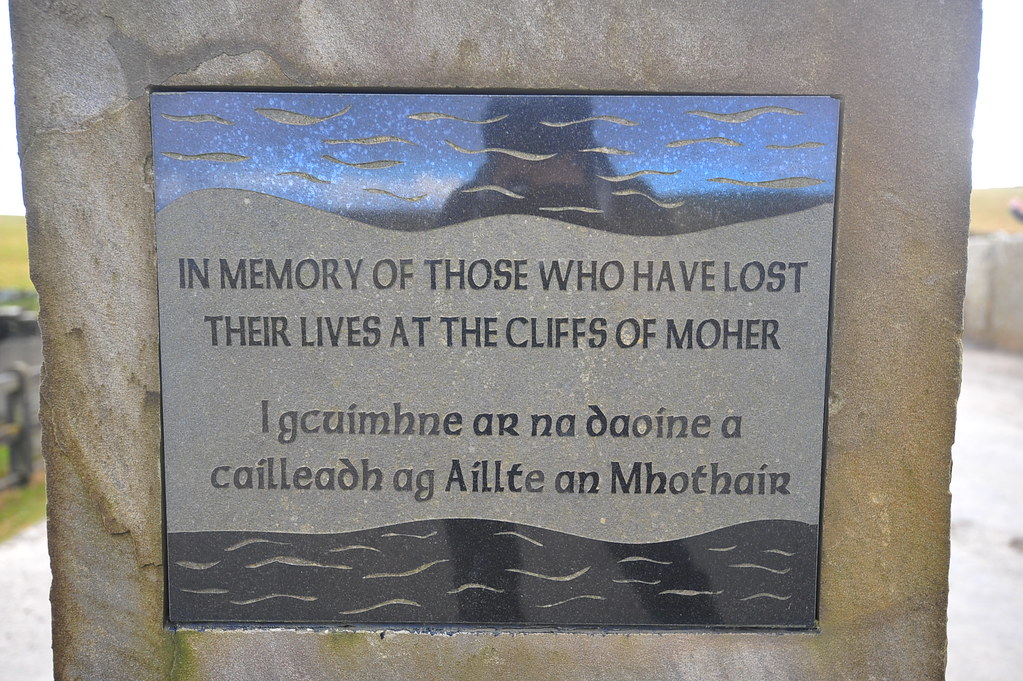 As you can see, everyone still jumps the stone fence for a photo op of their dance with death. 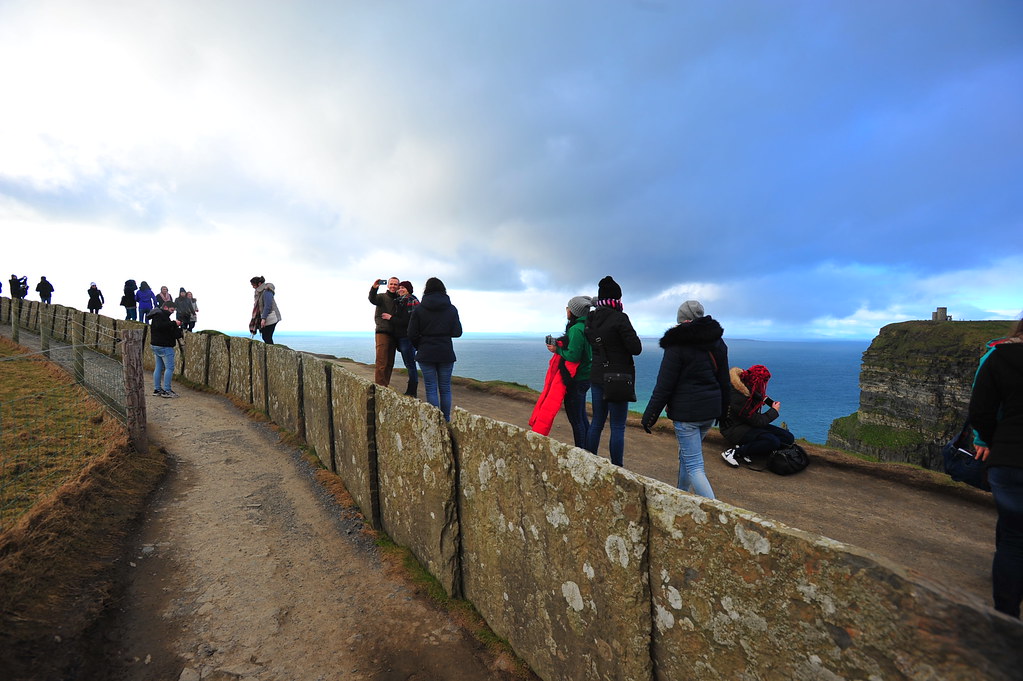 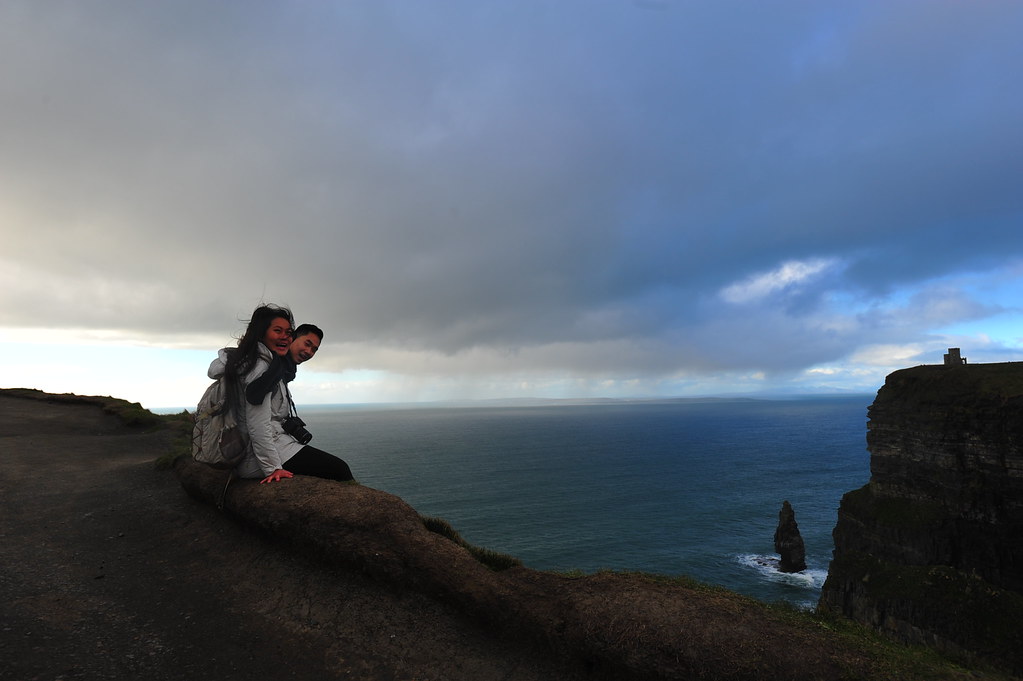 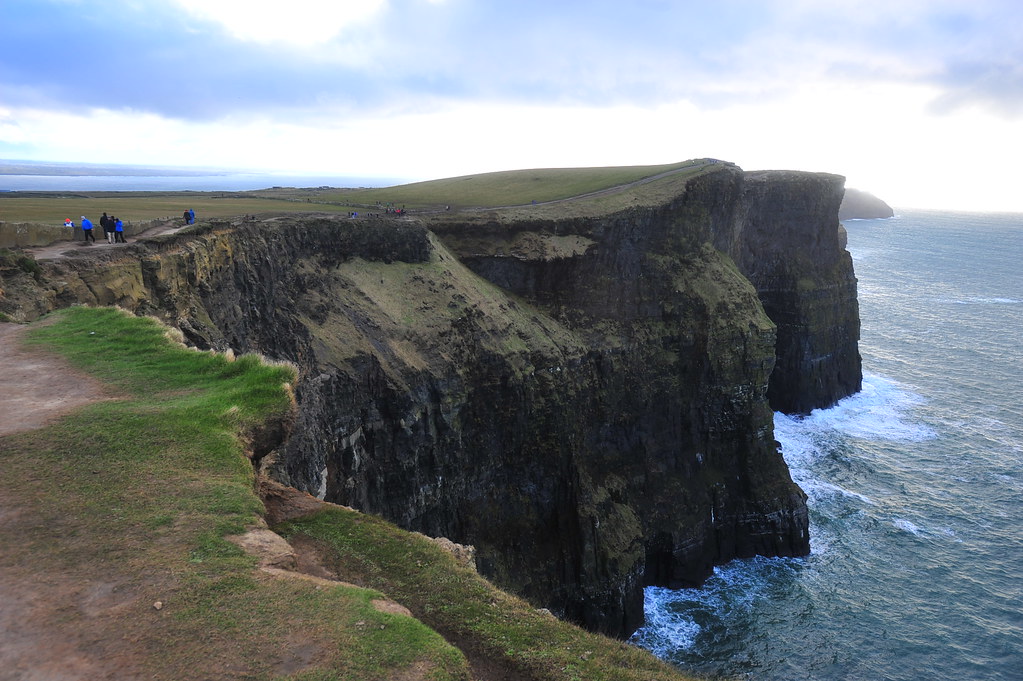 Go ahead and take a chance: 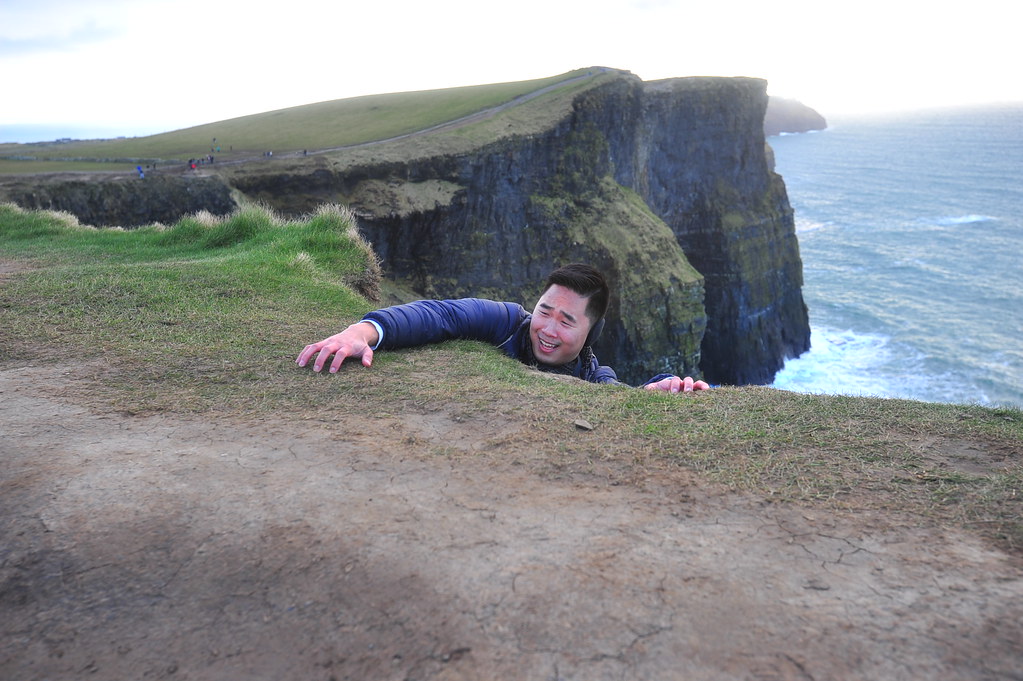 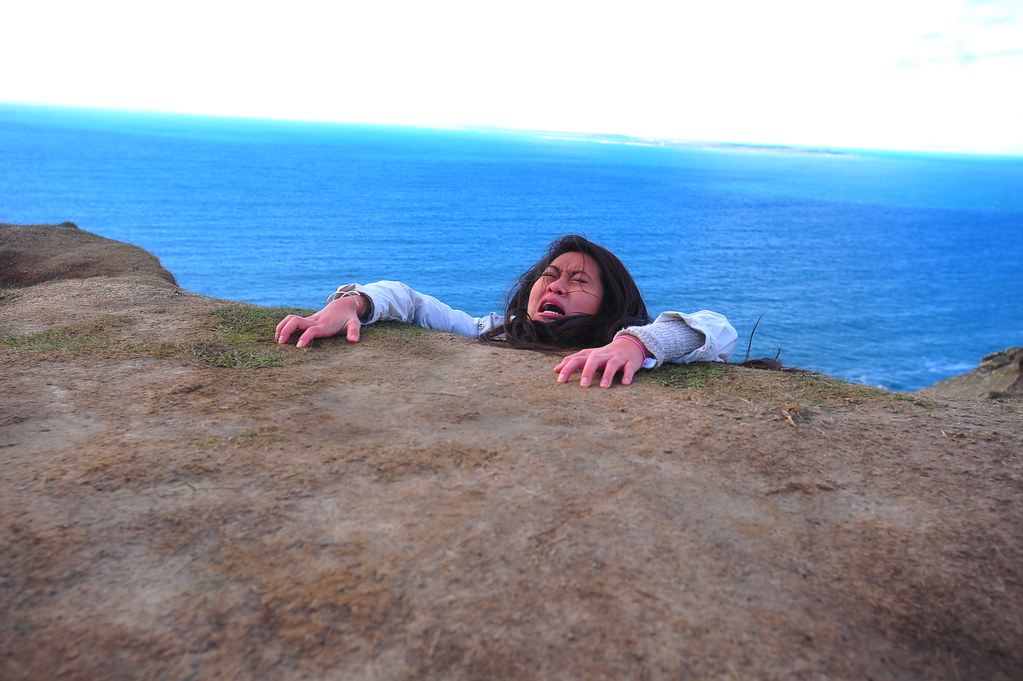 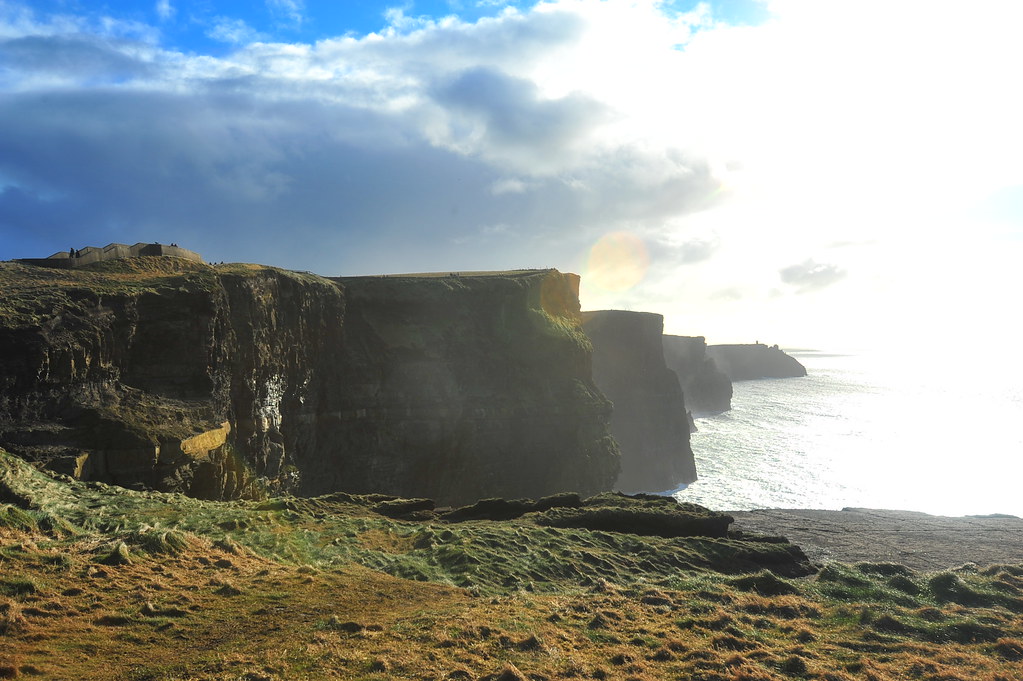 After spending about 2-3 hours here we headed back to Dublin at around 5pm, getting ready for an debaucherous night ahead…

(continued in Dublin In One Night)