What Happens In Vegas…

by Calvin Sun | Jul 24, 2016 | Fit for Foodies, How Did You Do That?, How's the weather?, Lessons Learned, Mo' Money Mo' Problems, Nevada, Rules Are Meant To Be Broken, The Nightlife, United States, Walking Tours | 0 comments 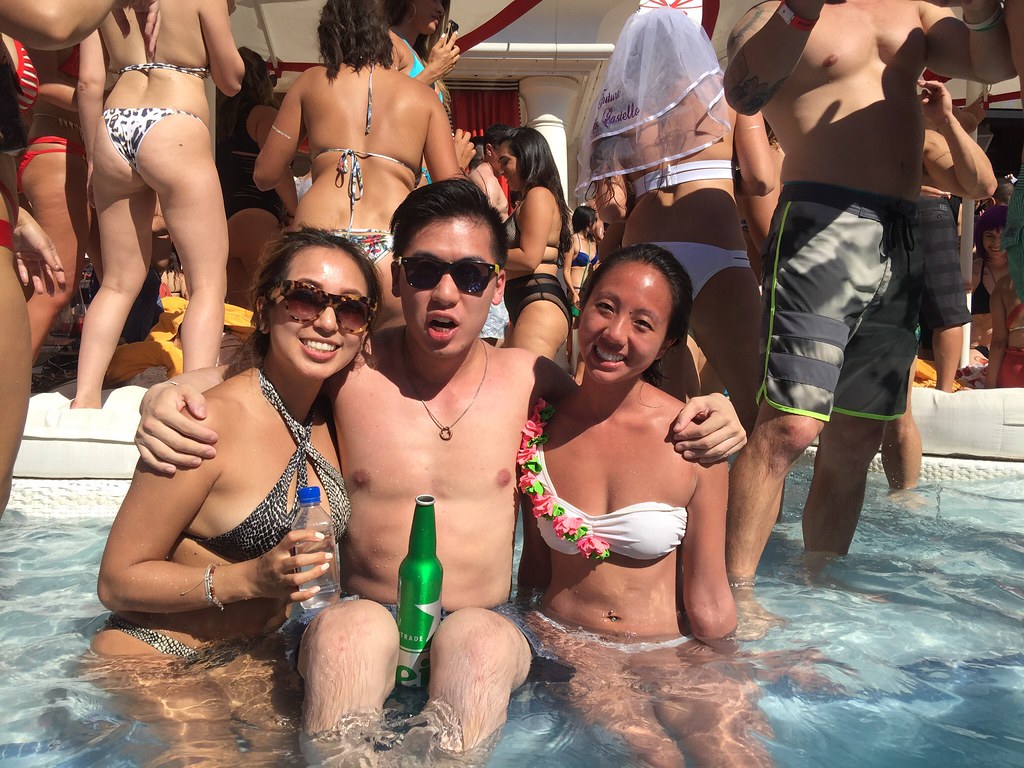 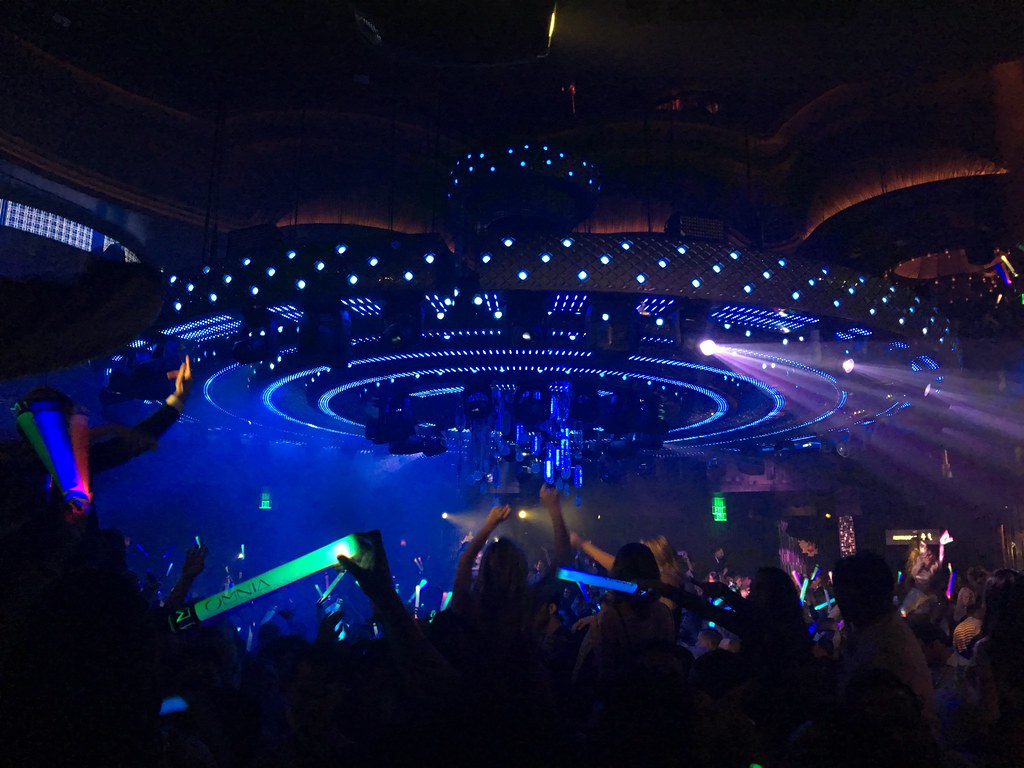 Having achieved another rare golden weekend off from work (3 days exactly!), I headed out from another overnight shift in the ER to make a Friday morning 11:10am direct 5 hour Delta Airline flight from NYC to Las Vegas.

Sleeping not so well on the airplane, I felt like I had woken up to an alternate universe when I landed. That said, when I saw the abundance of slot machines everywhere in McCarran Airport, I knew I had made it to land of Vegas. 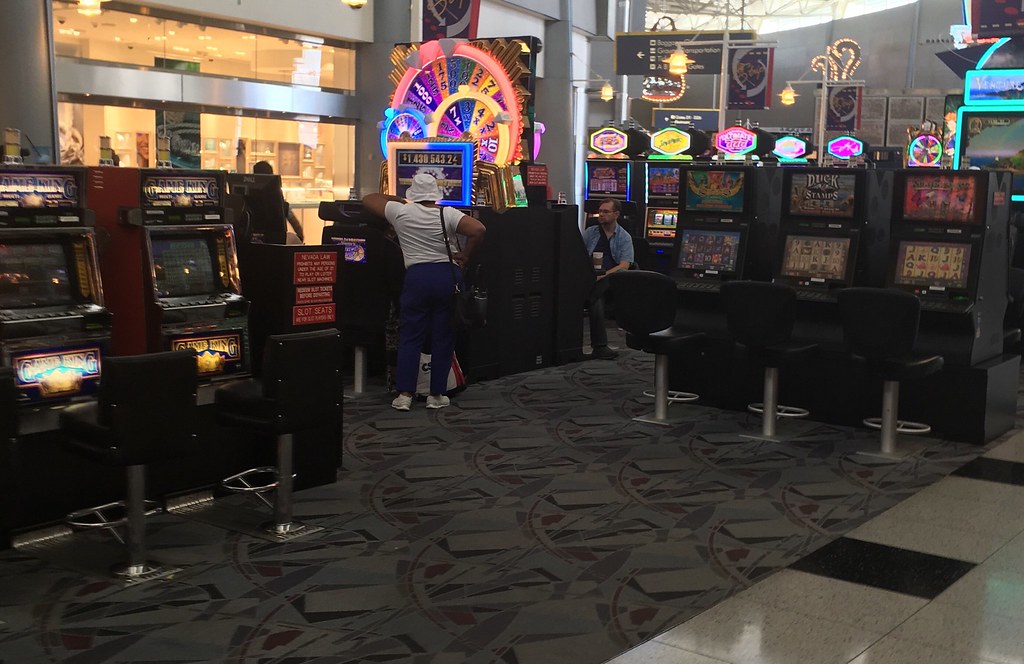 With a quick 15 minute Uber/cab ride from the airport to the strip (the airport is literally outside the main strip), I fancied my digs with a full 2 bedroom suite at the Elara Hilton Grand Vacation Resort, all for the price of a hostel. 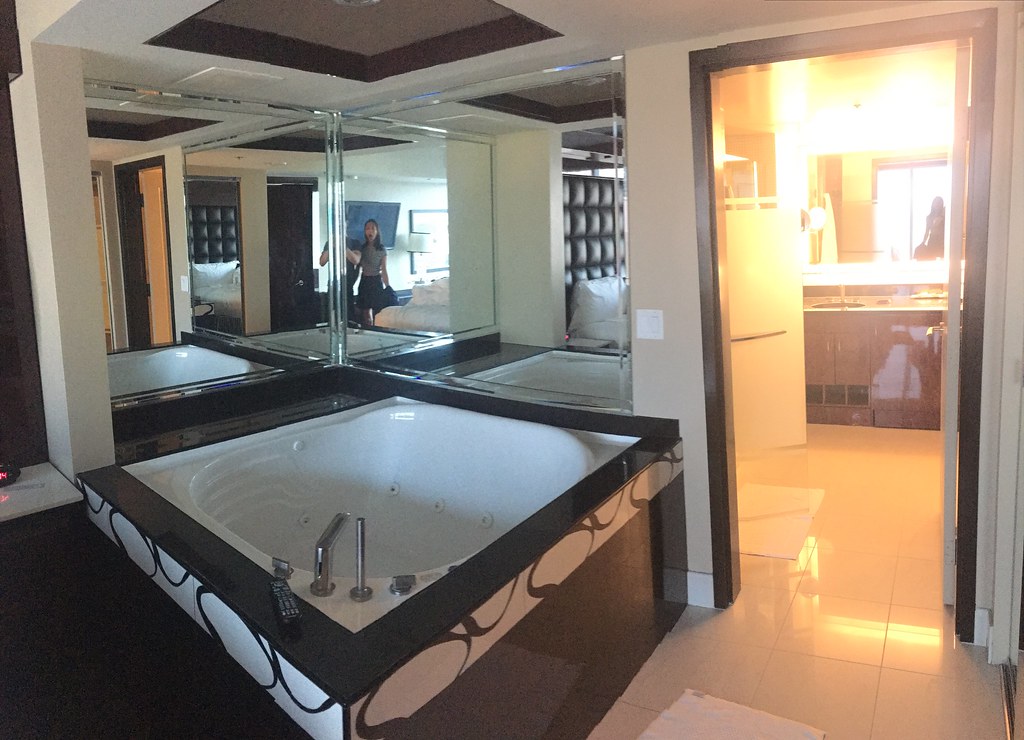 Thanks to an offer anyone can get, when you book with Hilton over the phone they’ll offer you an extremely cheap stay at a property like this, as long as you’re willing to sit down and hear out a pitch in person about purchasing a time-share property for life with Hilton and their partners.

So that’s exactly what some of us did; after we checked in, we hopped on free shuttle bus to a property 10 minutes away where we toured a few rooms and sat down to hear out their offers. After a bunch of nodding and smiles, you can either take their offer (the starting price is about $11k-$15k, paid off in increments of approximately a few hundred to 1k a month, for owning a time-share property that you can use up to 7-10 days a year every year for the rest of your future generations’ lifespans), or politely decline citing overwhelming financial difficulties and that you had no idea it would be this expensive despite it appearing like a great offer. Obviously we did the latter; they’ll furrow their eyebrows perhaps, sorta make you feel bad, but then send you back on your merry way where you can enjoy the rest of your stay in Vegas without hassle. This whole process takes about 2 hours.

Later in the afternoon, we headed out onto the strip where a current regional heat dome was scorching the streets at a ridiculous 112ºF (44ºC!) outside. At least it was dry heat! 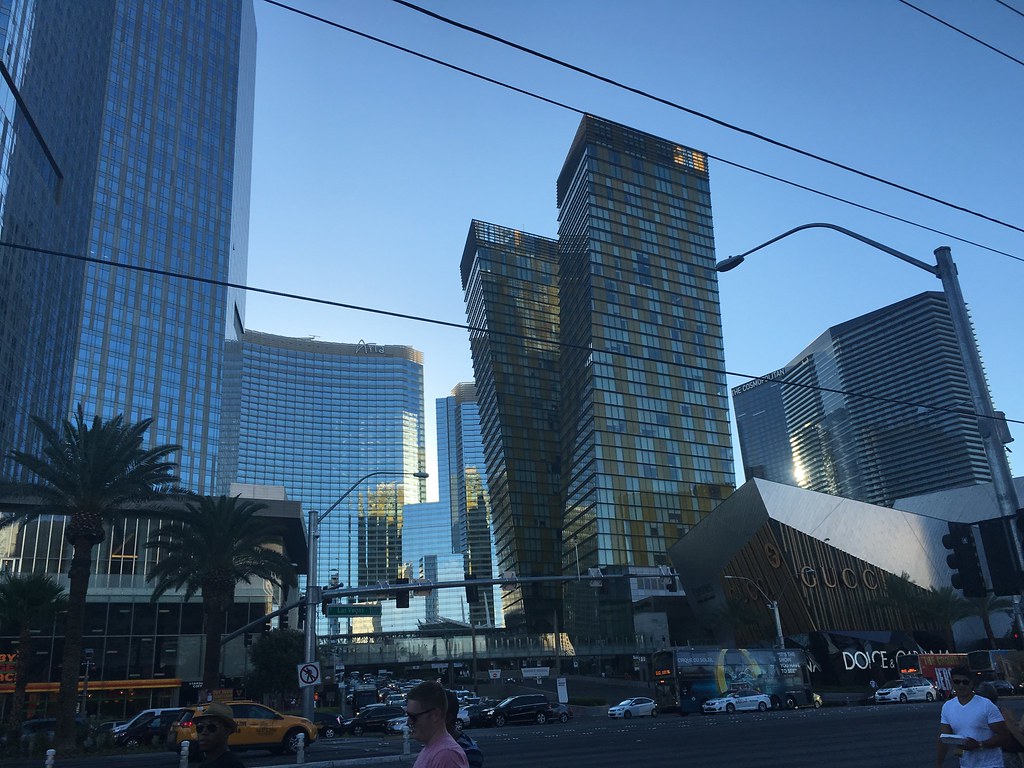 From sleepy desert settlement to Sin City, Vegas’ turning point was 1931: the construction of nearby Hoover Dam coincided with Nevada’s statewide legalization of gambling, both of which had brought a massive influx of workers to the area. Afterwards, with the rapid construction of gaudily themed mega-casinos beginning with El Rancho Vegas and Flamingo Hotel, more and more resorts began to try to outdo one another with sheer “because we can” attitudes. Vegas’ rise has become analogous to the explosive growth of Dubai, another metropolis-in-the-desert that exploits nearby natural resources, a flashy nouveau-riche approach to wealth, and an abundance of space to build, build, build where no man could build before.

Today Vegas’s continued growth has moved past the days of the mob and organized crime; like Times Square in NYC, it has managed to redefine a diametrically opposed version of American “culture”, where on one end you still have the booze, gambling, and debauchery of decades past, on the other you have the particular curation of internationally appealing shows and fine dining that makes Vegas an equally family friendly and culturally rich destination.

And to check off our “culturally-rich” portion of the trip, we made an ironic decision to see Cirque du Soleil’s sex-positive burlesque Zumanity show at the New York, New York part of the strip: 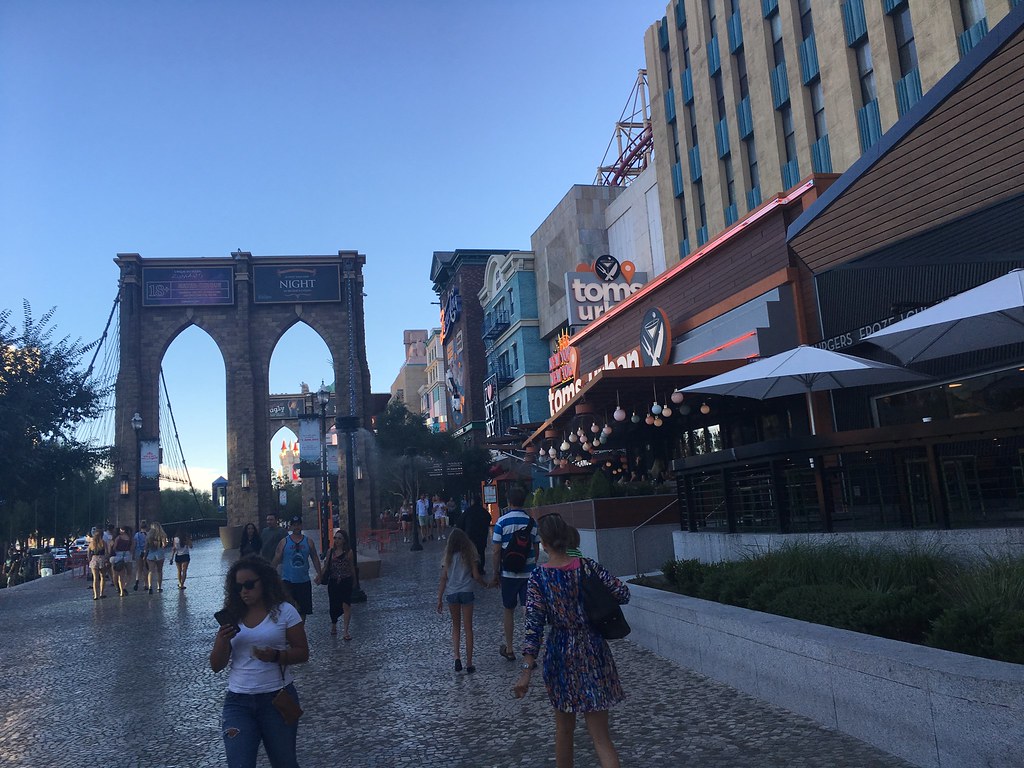 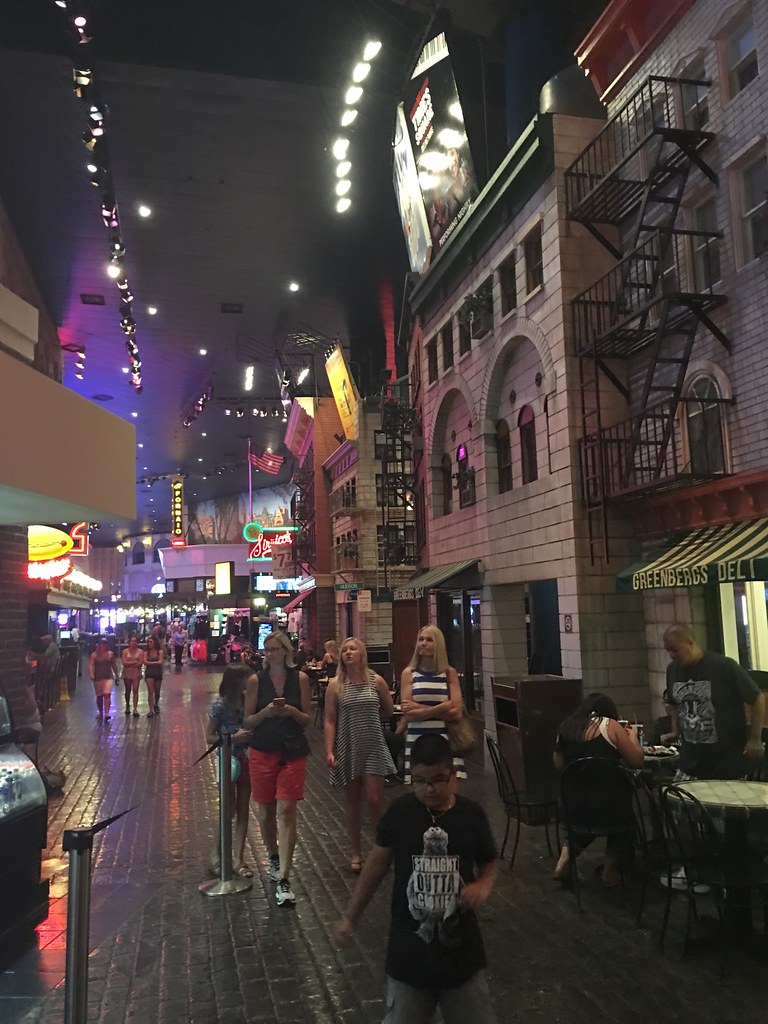 Zumanity runs about 90 minutes long without an intermission and has all of the eye popping acrobatics you’d expect from a Cirque du Soleil show, but with a lot more nudity, an 18+ admission requirement, and topless performers of all genders, all while delivered with a sex-positive vibe that could fit right in a variety show at The Box in NYC.

FYI, this was when I learned that bottled water in Vegas runs twice as expensive as alcohol. You have been warned; hydrate up before you go! 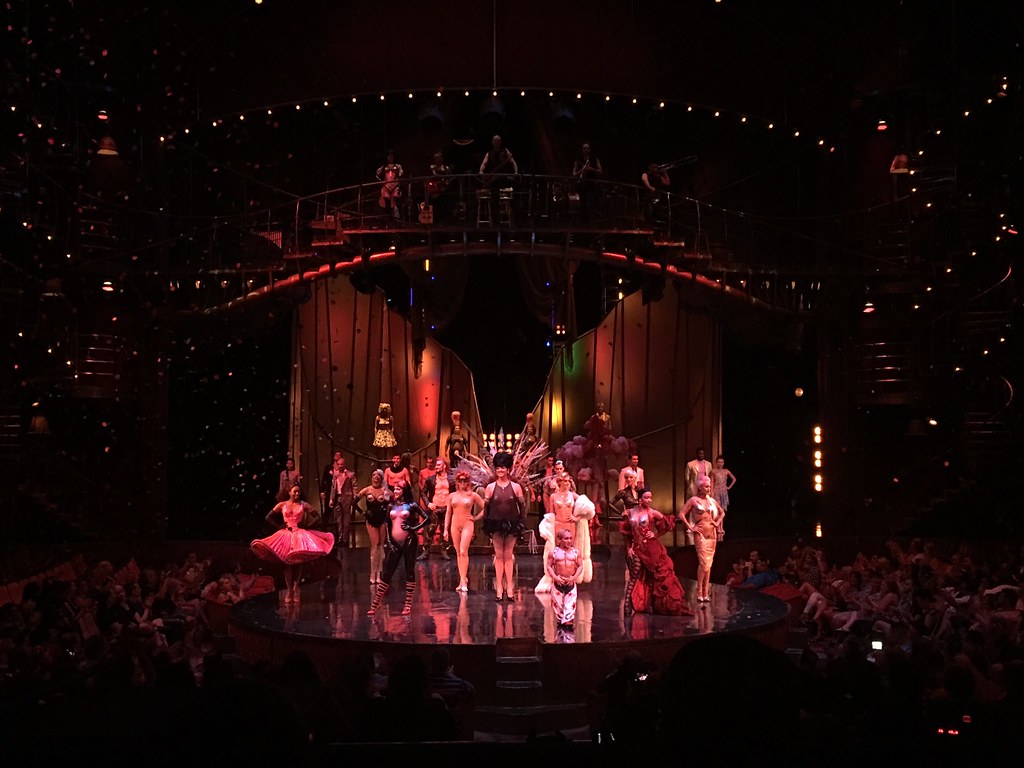 After the show, we headed back once more to our hotel to change. 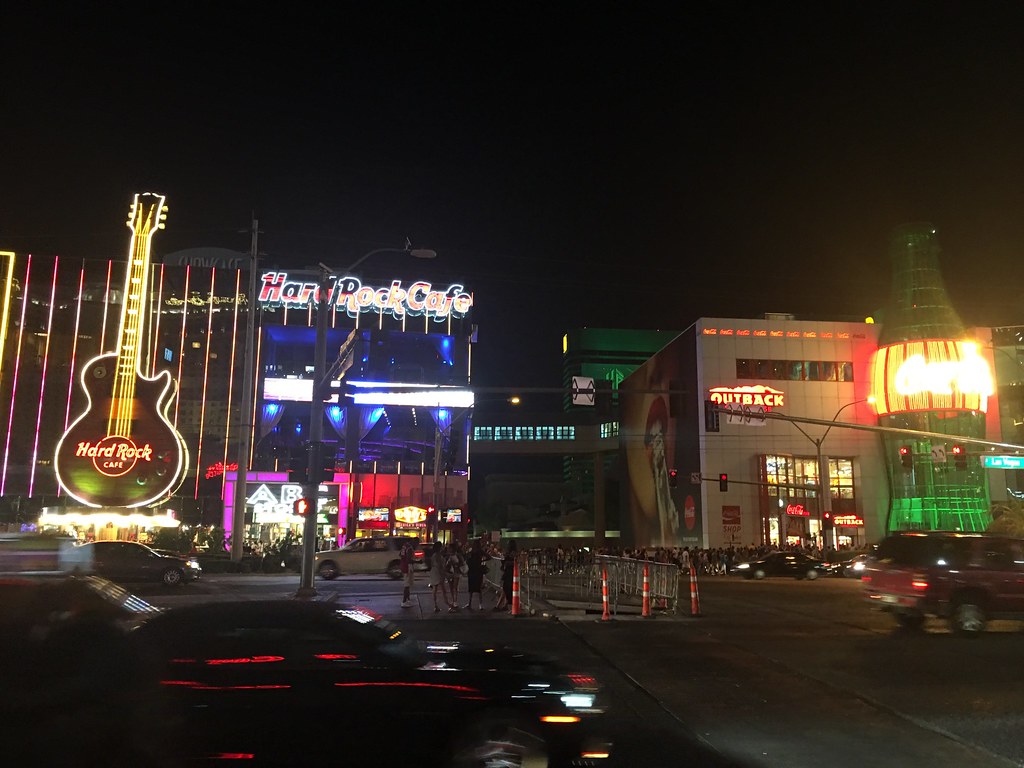 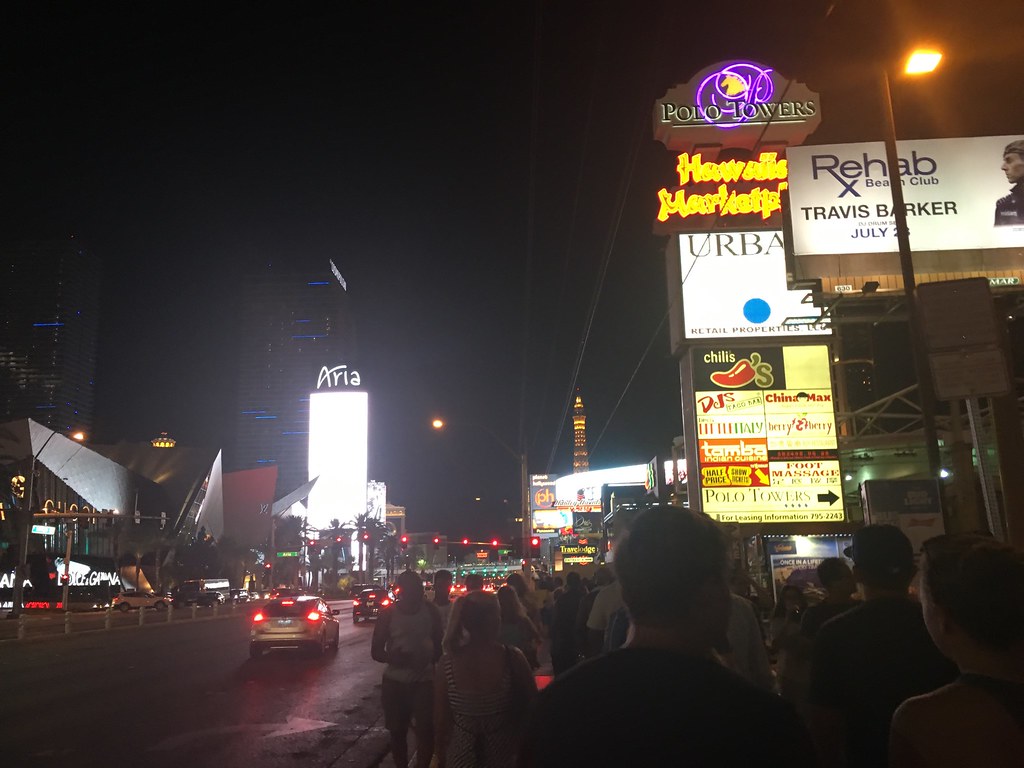 At around 10pm when the city began to wake up again to the throng of gamblers and late-night shoppers, we wandered about the immense grounds of Caesar’s Palace. 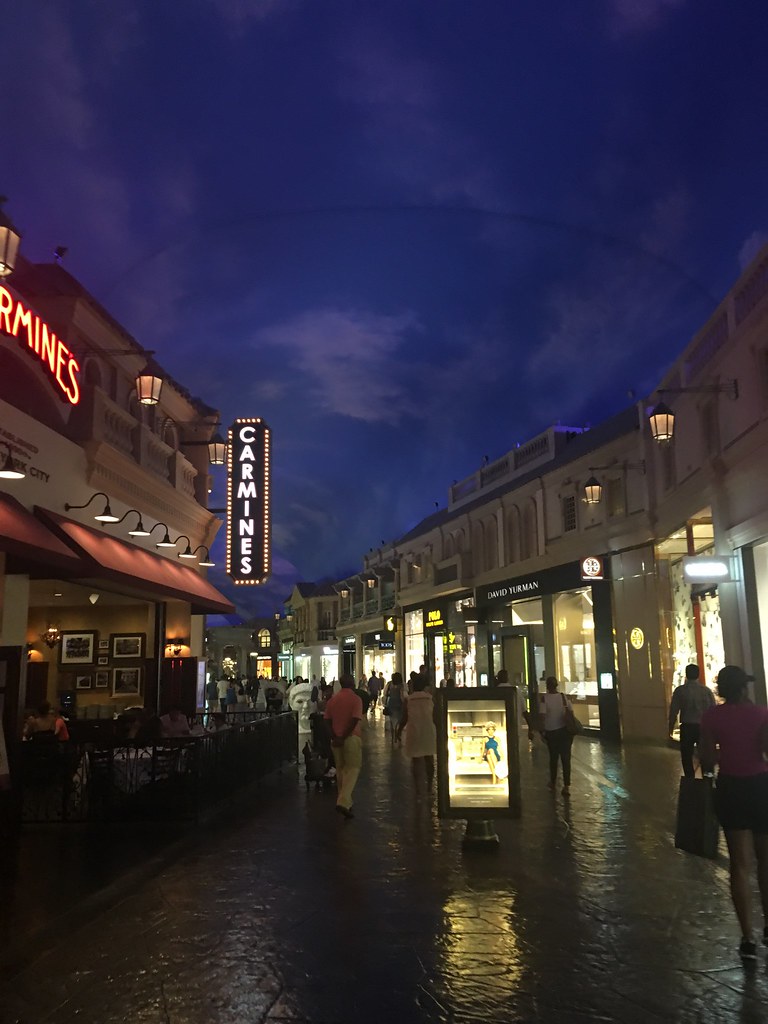 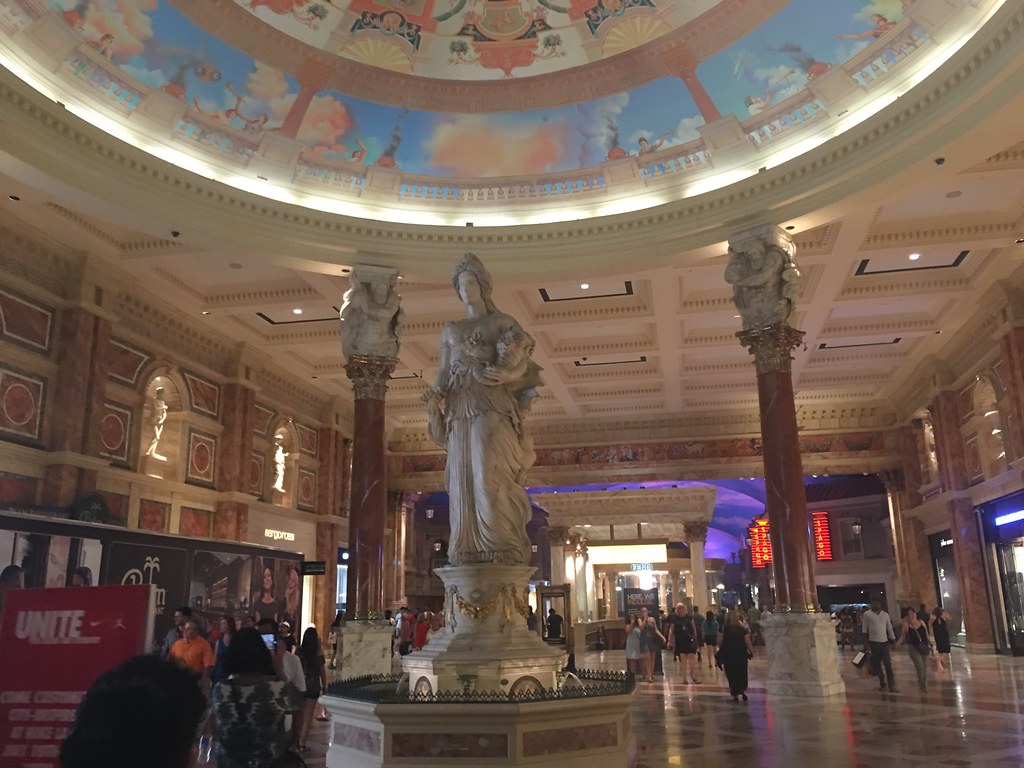 And after a quick dinner overlooking the strip at Sushi Roku, the 3 of us headed to Omnia where we watched Calvin Harris perform live at 2am ($35 general admission for ladies, $75 for men, $105 for VIP ladies that includes dedicated entry and $100 gift card for drinks, $150 for VIP men).

Alcohol at Omnia runs about $20/drink! 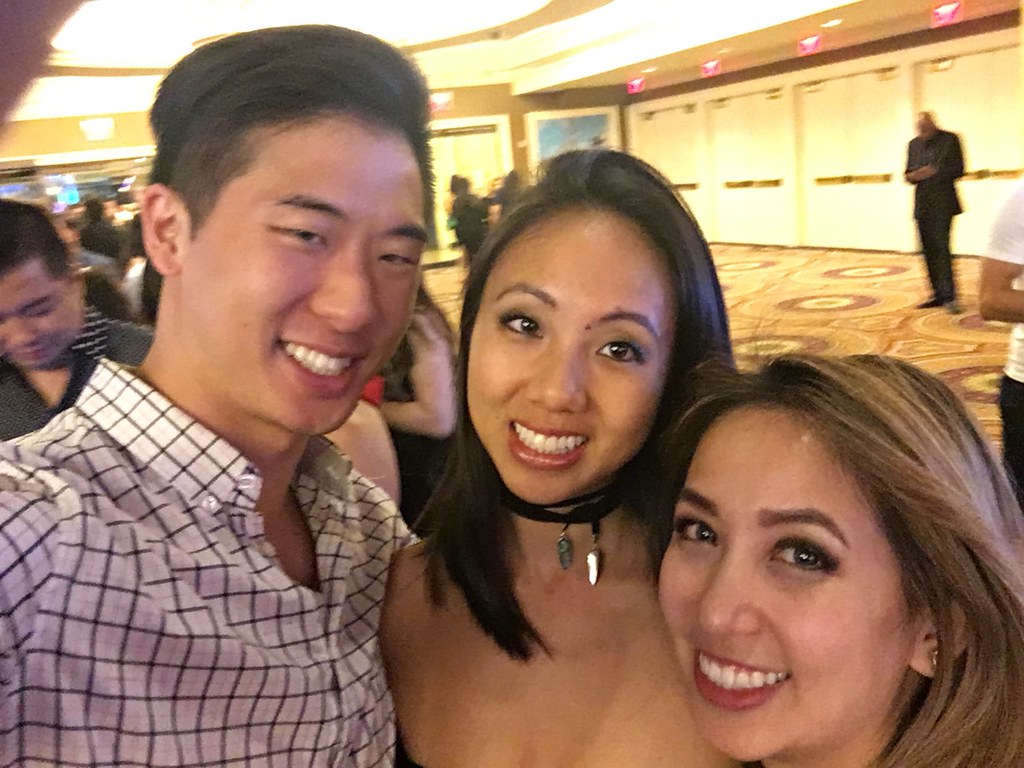 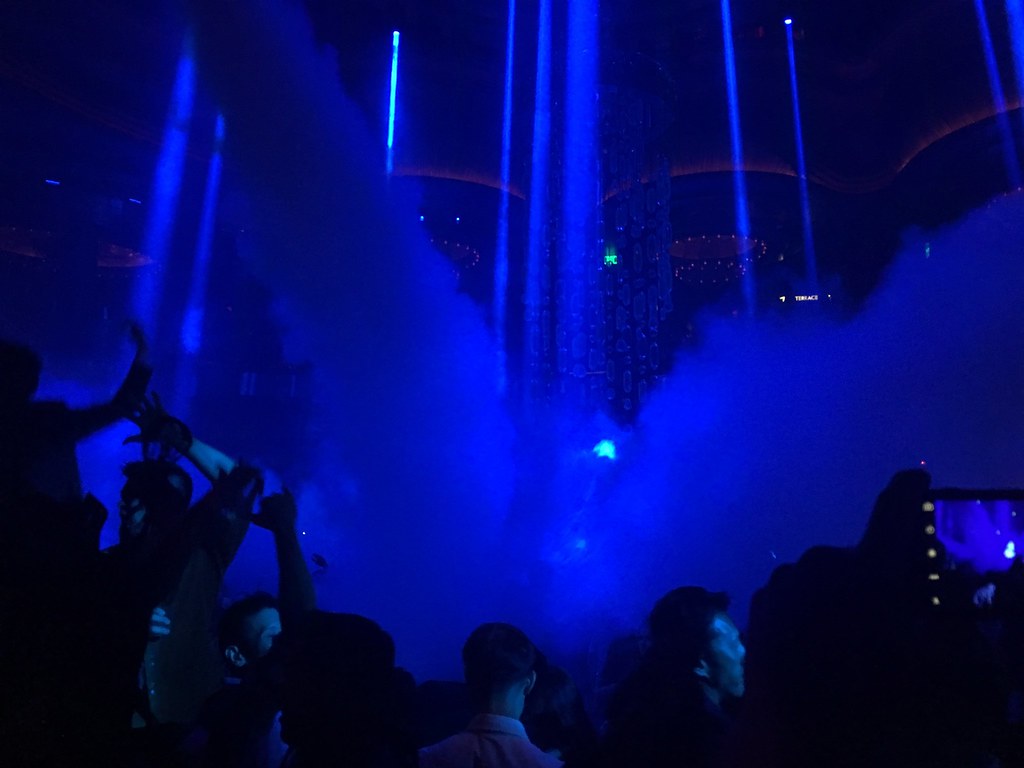 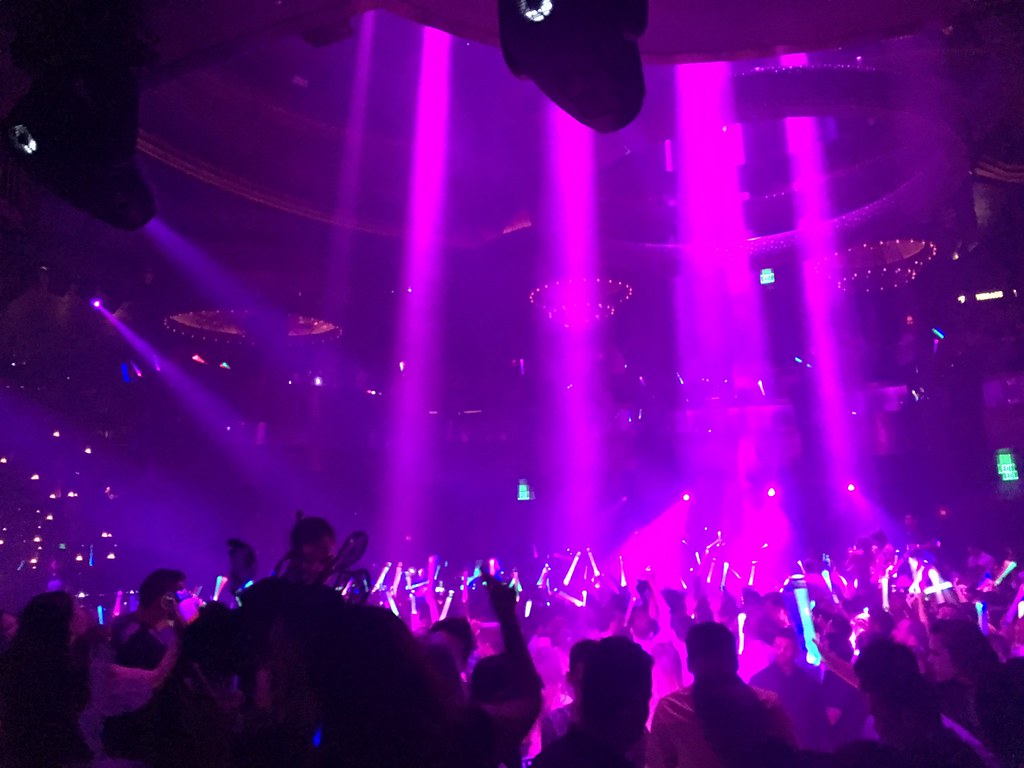 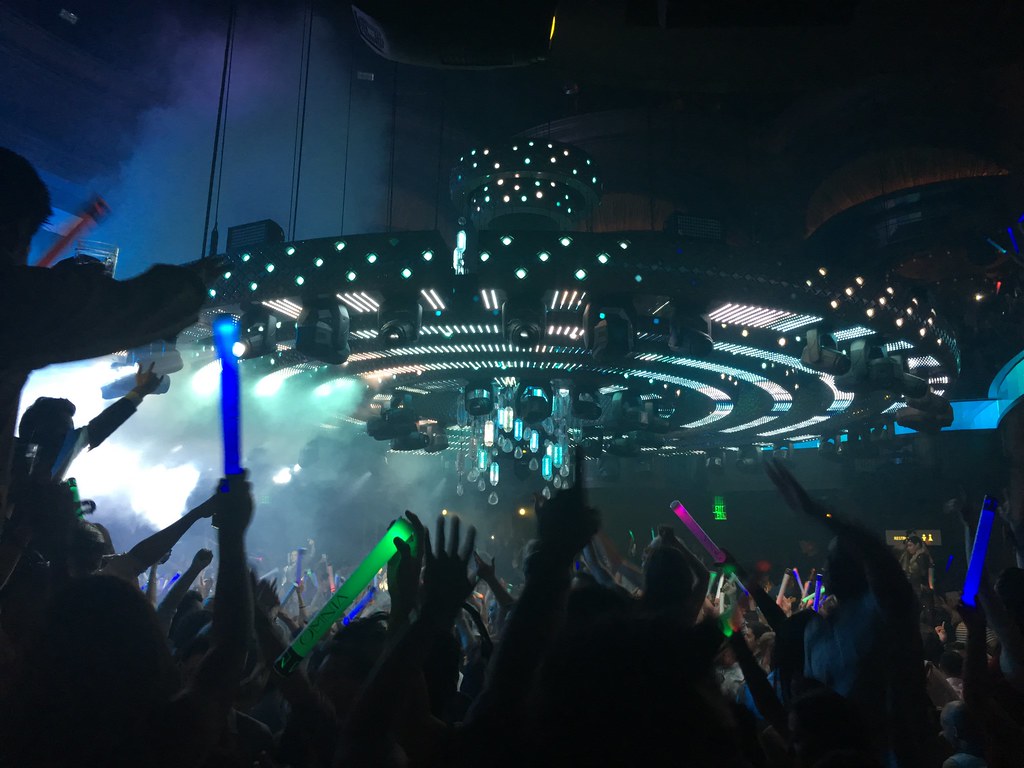 Omnia has 3 parts: the main club above for mostly live performances and electronic dance music, the heart club for hip-hop only music, and their outdoor rooftop terrace that also doubles as a dance floor: 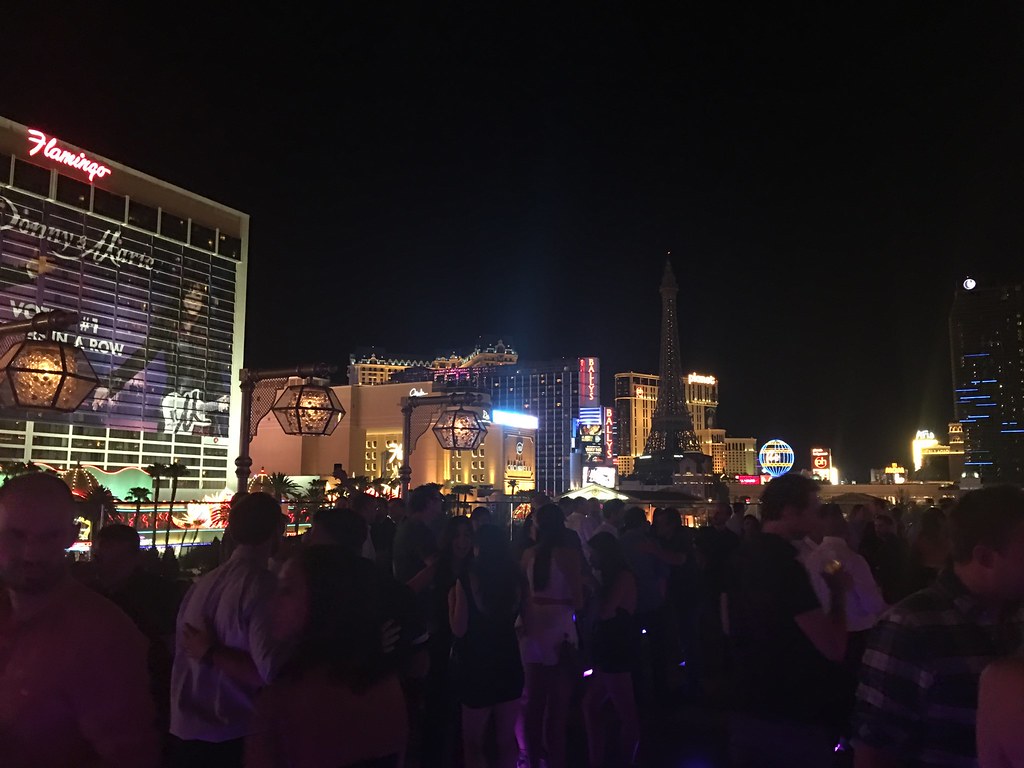 The next morning we had a hearty brunch at Overlook Grill at The Cosmo (about $30-$40 per person for a good meal), and watched DJ CID and Kaskade spin live at the Encore Beach Club.

The line takes forever, but we happened to get on the DJ guest list thanks to connections; although we got in for free, lockers to put your stuff run as high as $75 USD (that’s right, $75!) per locker, and the alternative valet bag check is $55 USD per bag.

Alcohol here is charged at about $15/drink, and water can only be sold in bottles at $10/pint! You have been warned, again.

After 3 hours boozing in the pool and collecting our fair share of stories that are only appropriate for Vegas, we enjoyed a blissful 4 hour nap back in the hotel before finishing our Vegas experience with a sublime meal at Raku.

With michelin-star quality food and Anthony Bourdain’s stamp of approval, this famed Japanese izakaya boasts a generous closing time at 3am — it has become known as the top after-hours destination for many of Vegas’ celebrity chefs, so be prepared to recognize a few faces when you eat here if you’re a big foodie.

A typical full meal here (which should include the foie gras, pork cheek, raku tofu, kobe beef anything, and the foie gras custard) will cost about $60-$70 a person. It also boasts a chef’s omakase for $75-$100 a person. Reservations are highly recommended.

The next morning, we all shlepped our way back home, back to our daily lives away from the ephemeral dream of our Vegas weekend, with only our emptier wallets as telltale signs that we had ever ventured there.