A Sunrise In Nairobi, Kenya

Our 2-hour, 7:30pm flight from Addis Ababa, Ethiopia ended up getting delayed (not surprising given that ADD airport has its share of logistical difficulties), so we didn’t arrive into Nairobi until 11pm at night.

Unlike Ethiopia’s confusing and counter-intuitive visas on arrival process, the visas on arrival here actually make perfect sense, with a transit visa costing $30 USD less ($20 USD per person) and taking about 5 minutes to complete with no hassle. The only drawback here is that they only accept cash (USD or Kenyan shillings), and they do ask for your yellow fever vaccination card if coming from an endemic country (Ethiopia is one of them) before letting you inside the country. However, they barely look through your vaccination cards and we were able to talk our way out of it for 2 people in our group who didn’t have them by saying they never left the airport in Ethiopia. They didn’t care.

They also don’t hand out the visa forms on the flight so you’ll have to fill them out in the passport control area after you get off the plane.

After an otherwise pretty smooth entry into the country, a driver picked us up from arrivals and took us to our lodgings at Manyatta Backpacker’s, after which we immediately caught up on our sleep by 1am.

All of us finally had a good night’s rest after the 12 mile walk through Addis Ababa yesterday, and we all woke up at a sprightly 6am for Manyatta’s simple free breakfast and coffee. 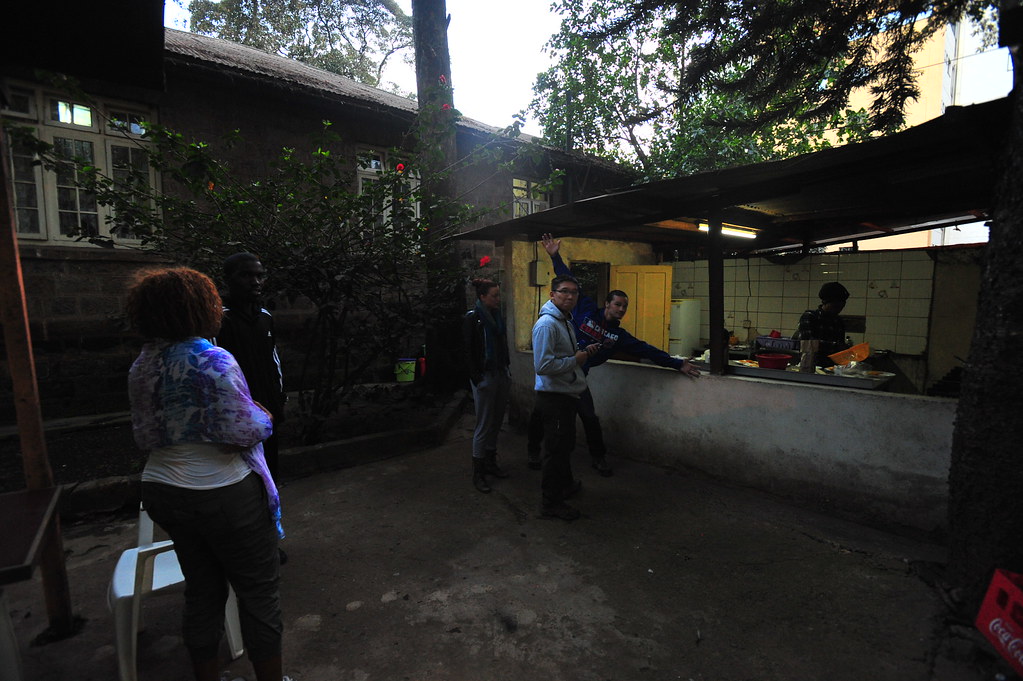 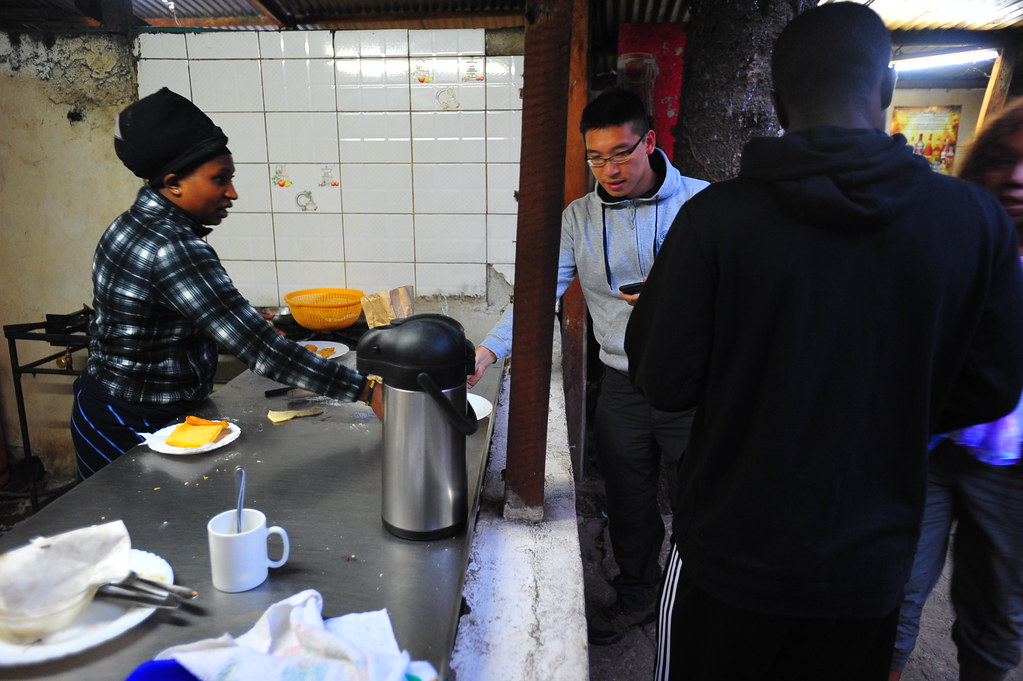 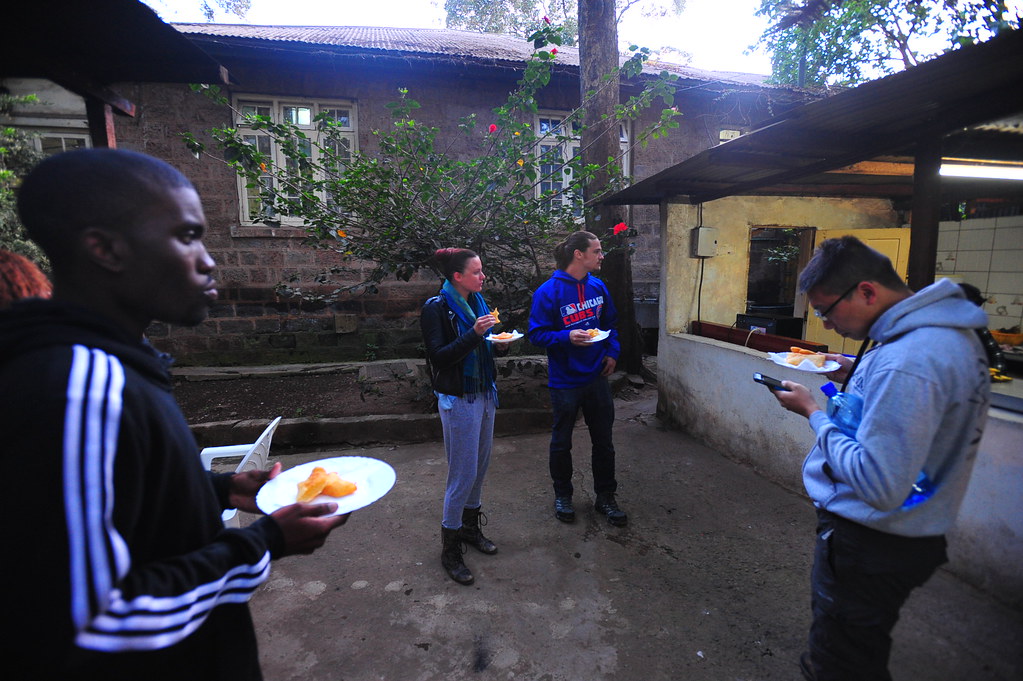 At around 7am our driver, Andrew, took us out into Nairobi where we first caught a great view of the city from Uhuru Gardens, which was built as a commemoration of Kenya’s struggle for independence in 1963. 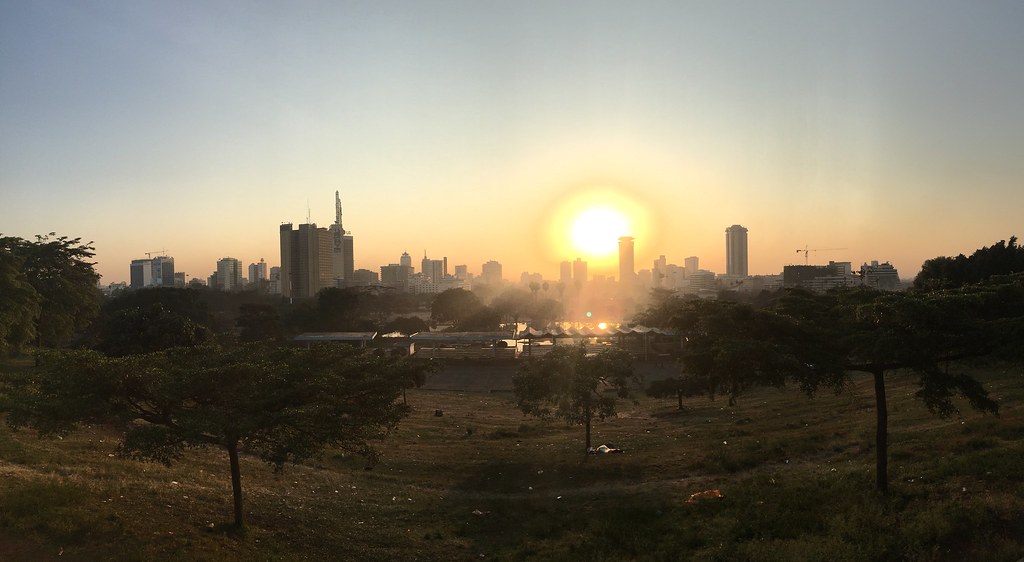 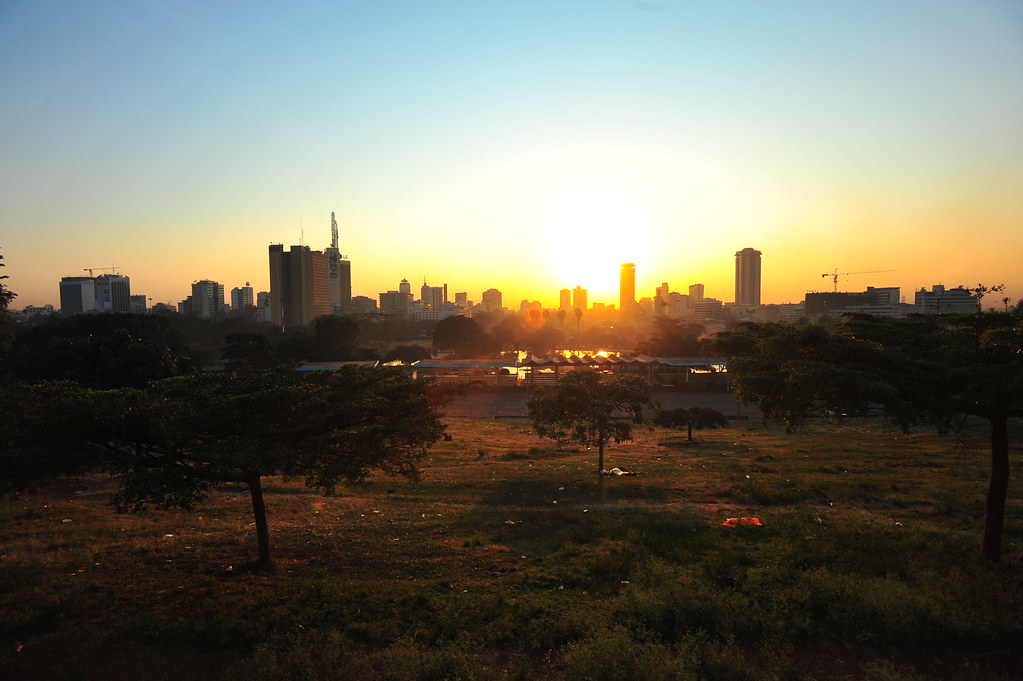 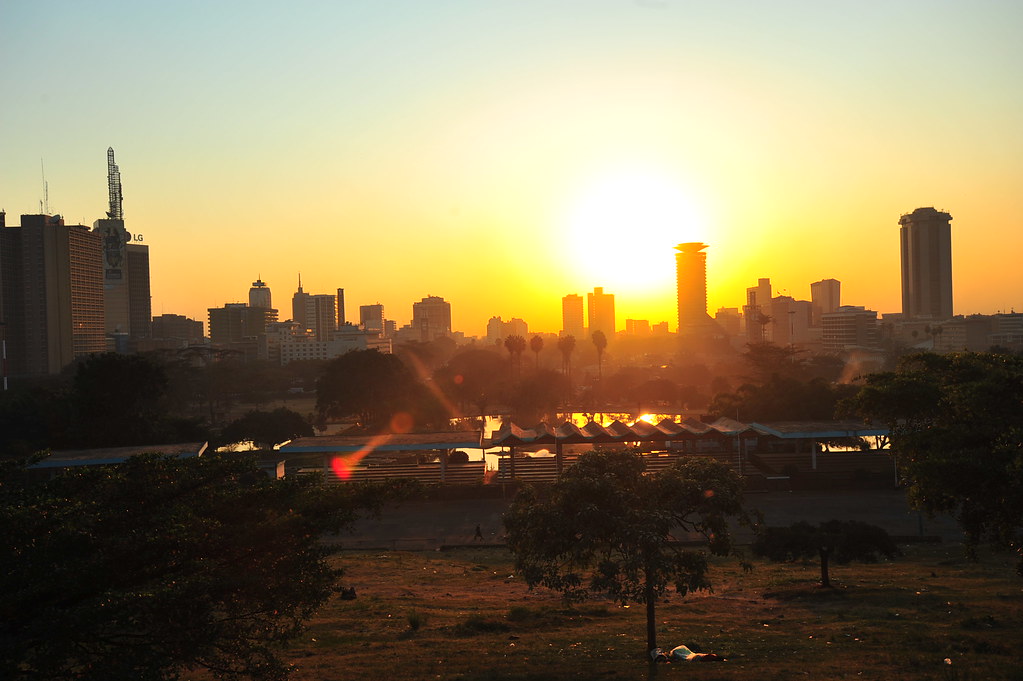 Afterwards we tried to beat Nairobi’s infamoous morning rush hour that begins at 7am, and stopped by Jamia Mosque, arguably the best designed religious structure in Nairobi; it’s closed off to non-Muslims. 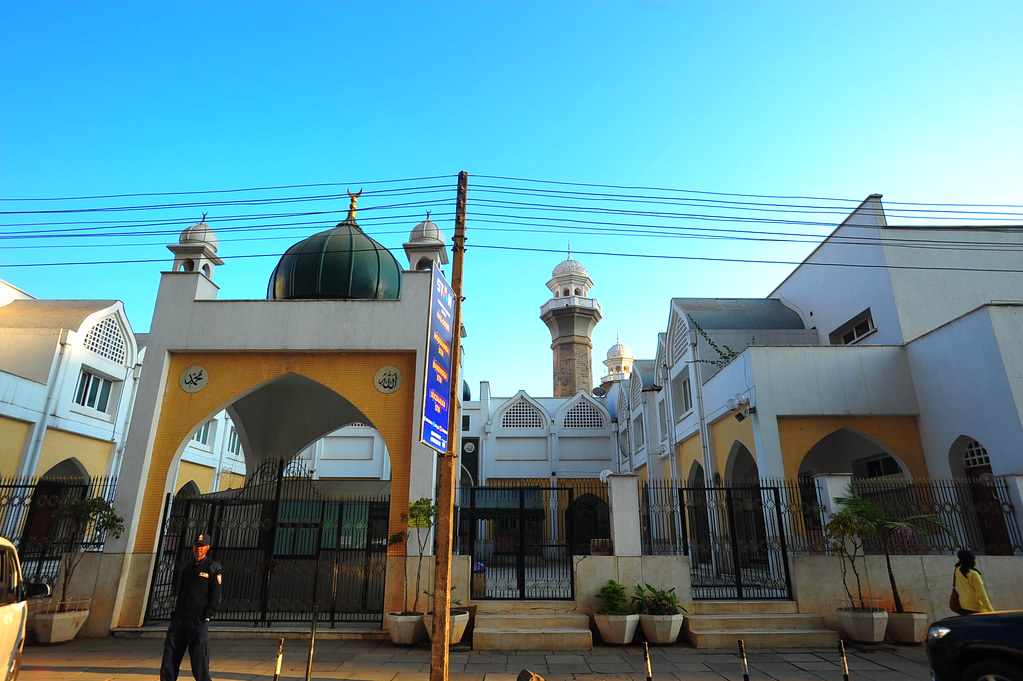 At this point (7:30am-9am), the city completely halts to a standstill as rush hour traffic chokes the city’s arteries. Expect a 20 minute drive for what otherwise would’ve been a 5 minute walk.

Our next stop was the KICC (Kenya International Convention Center), where although you’re not allowed to take photographs of it (whoops), you can schedule an appointment to go to the top of the structure for the best 360º views of Nairobi from the center. 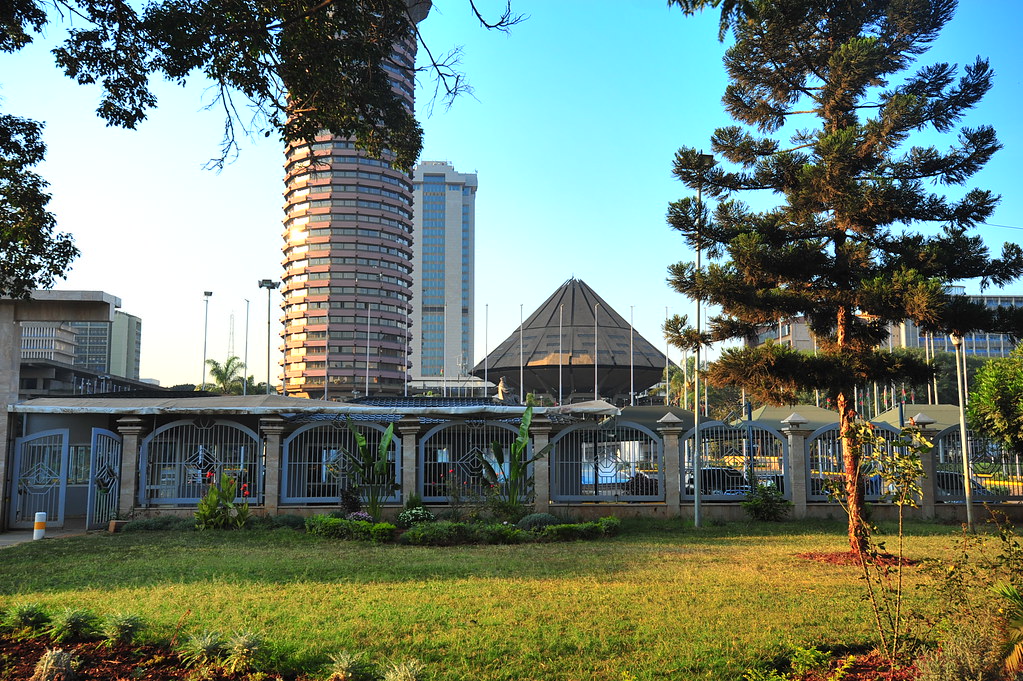 Our final stop was the August 7th Memorial Park or the US Embassy Memorial Site, where on August 7th, 1998, a truck exploded here killing 212 people (on the exact same day a similar incident occurred at the US Embassy in Dar es Salaam in Tanzania). Osama Bin Laden was charged for leading both attacks.

The entry fee here is 30 Kenyan shillings per person. 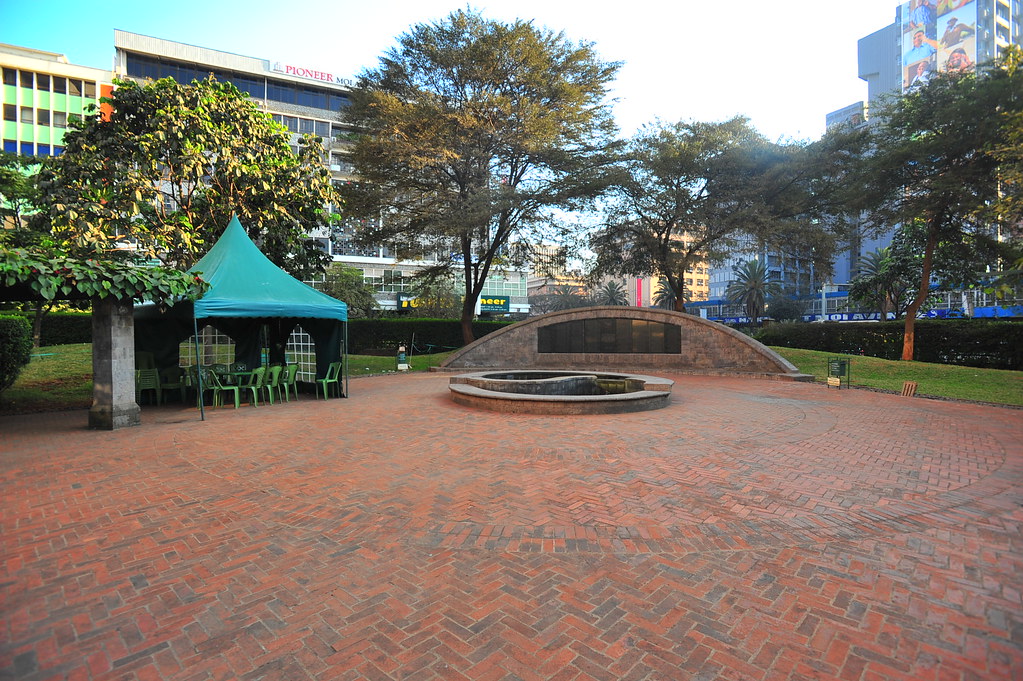 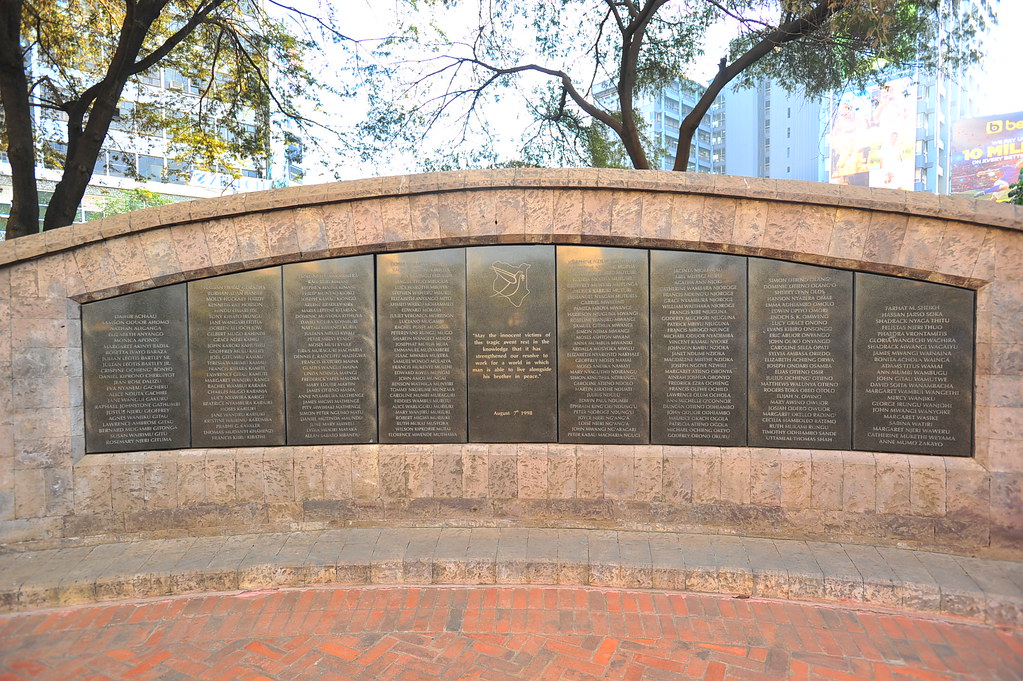 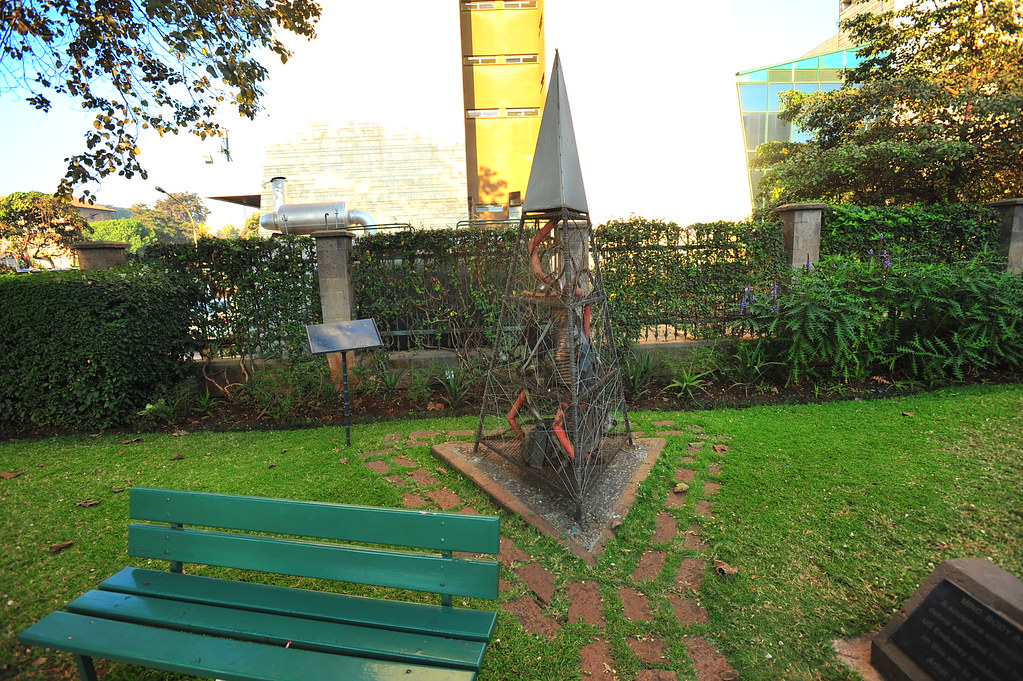 After a slow, grueling ordeal to get out of Nairobi and reach the airport — which involved numerous police checkpoints in and outside of the city (so budget your time accordingly!) — we managed to reach the airport for our 11am flight to our next stop: Lilongwe, Malawi! 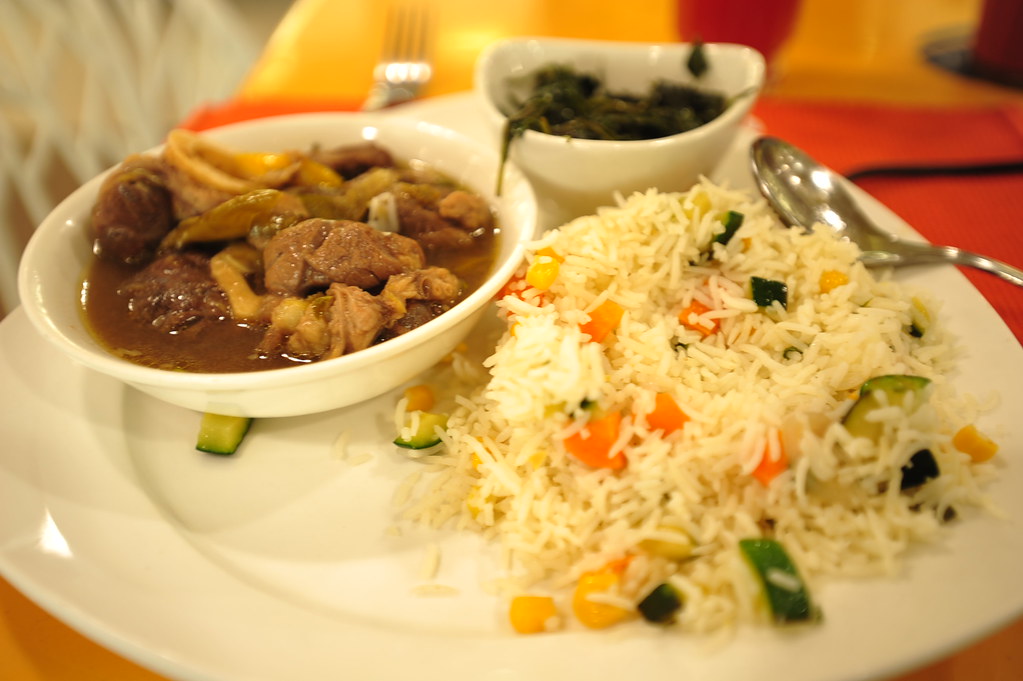 Lunchin' in the airport