The Prime Minister Of Lesotho Sees Us Off To Jo’Burg 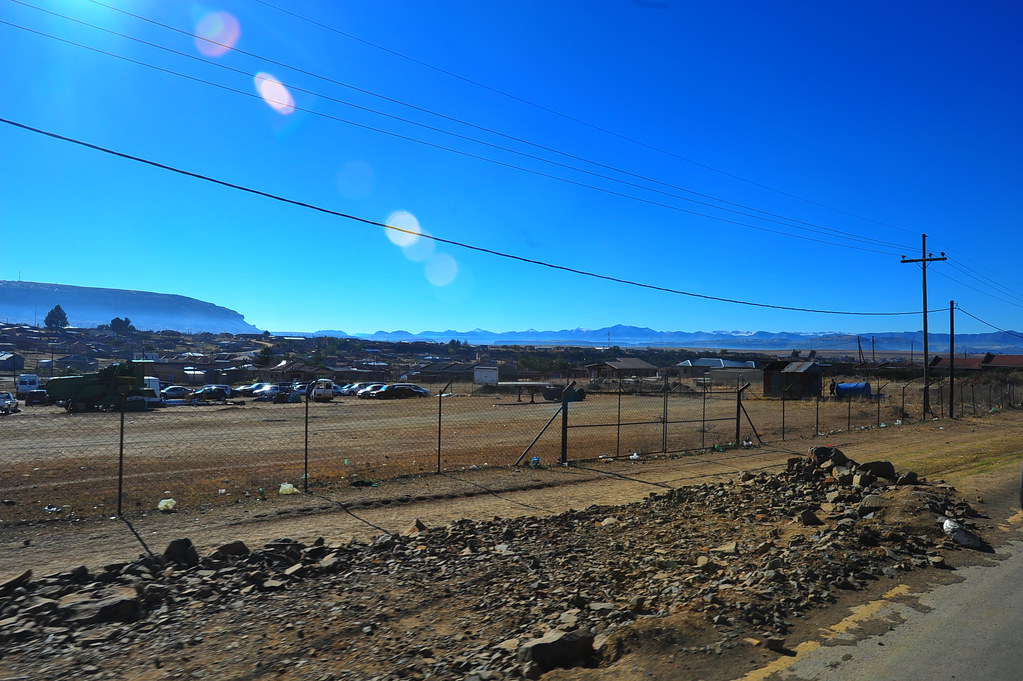 We slept in again this morning, waking up at a more civilized 8am and lazily taking in the chilly morning air of Lesotho. Our taxi then came to pick us up at 9am to take us back to the airport.

Once arriving at 10am (traffic is somehow always terrible here) and going through security, we watched as a military formation greeted us on the tarmac. 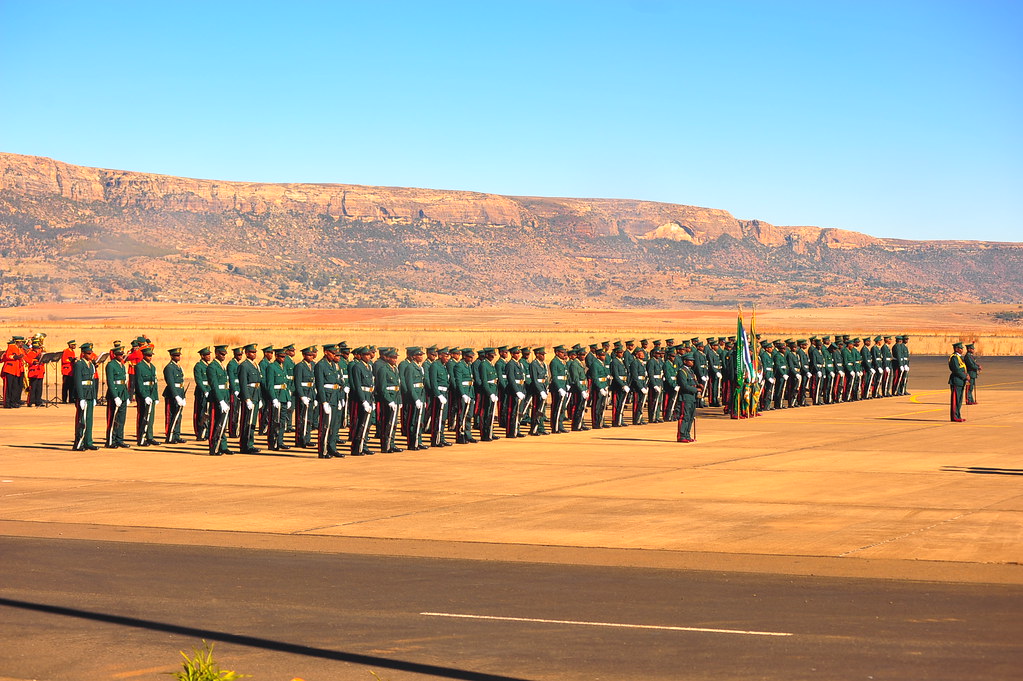 Some very important people started to walk past us. 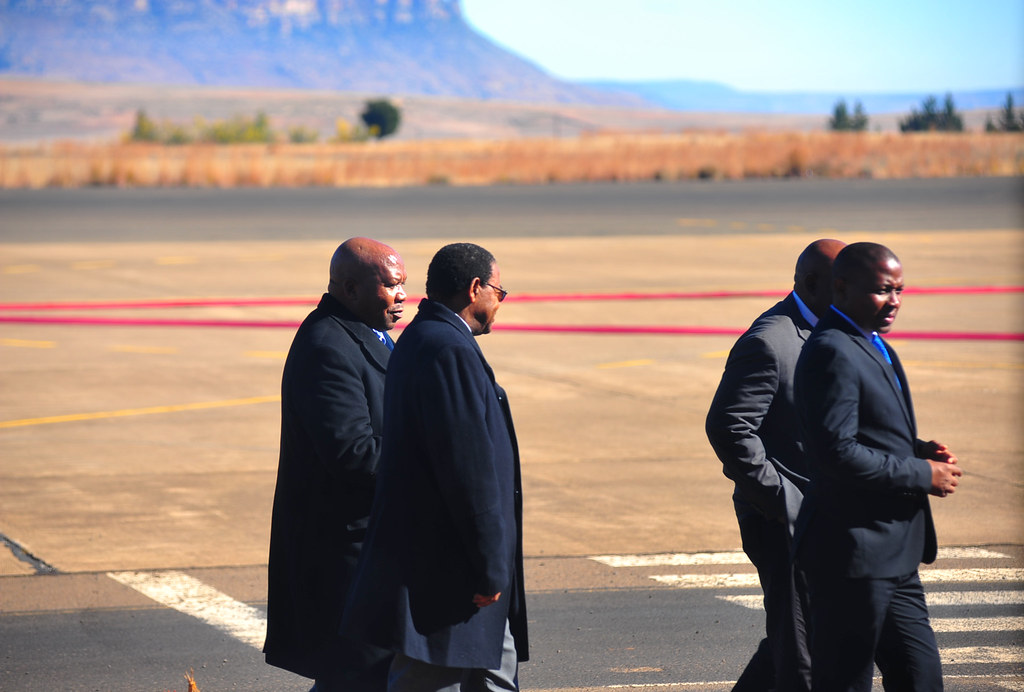 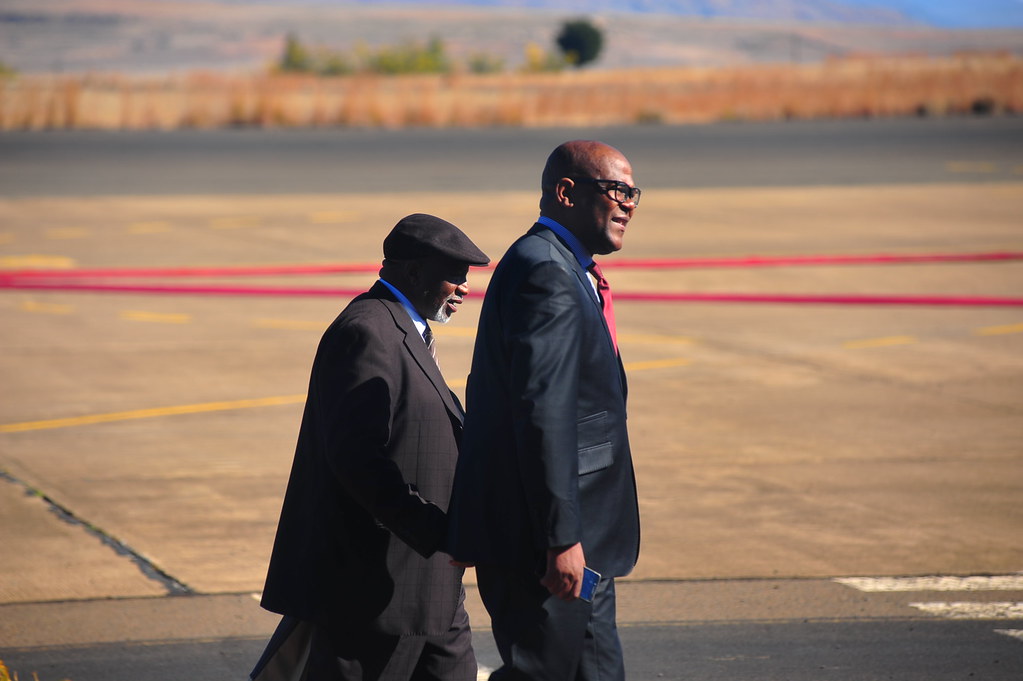 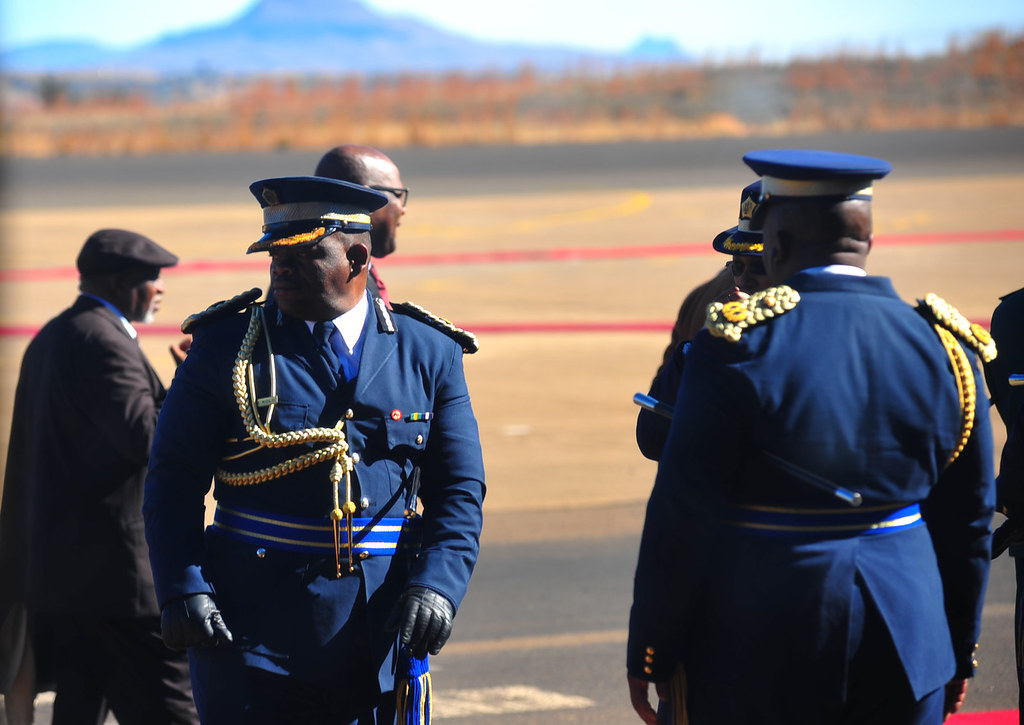 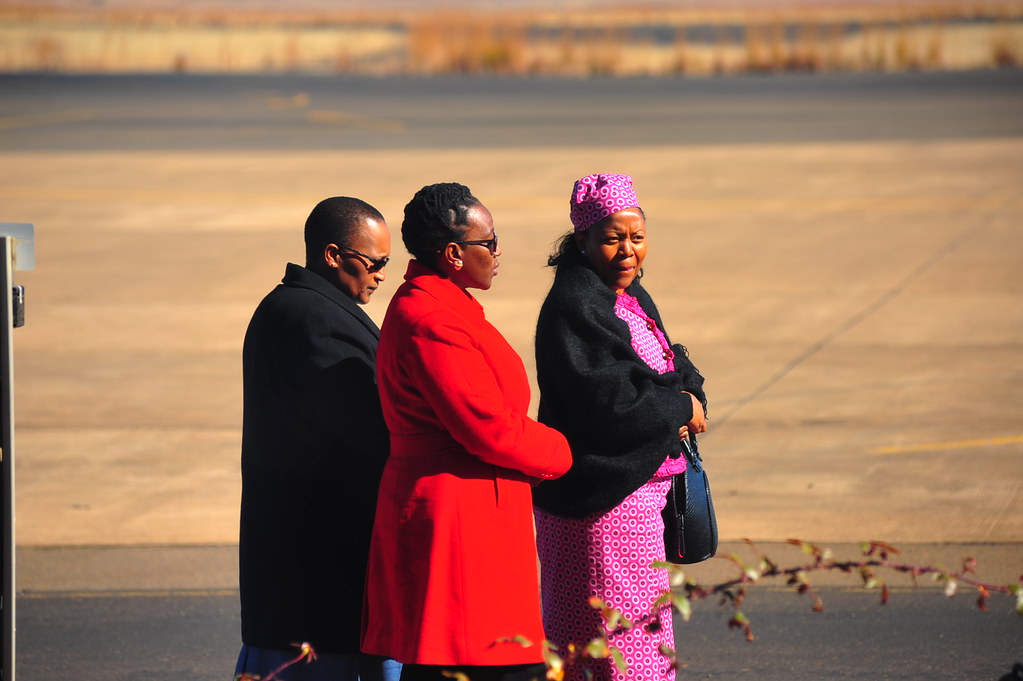 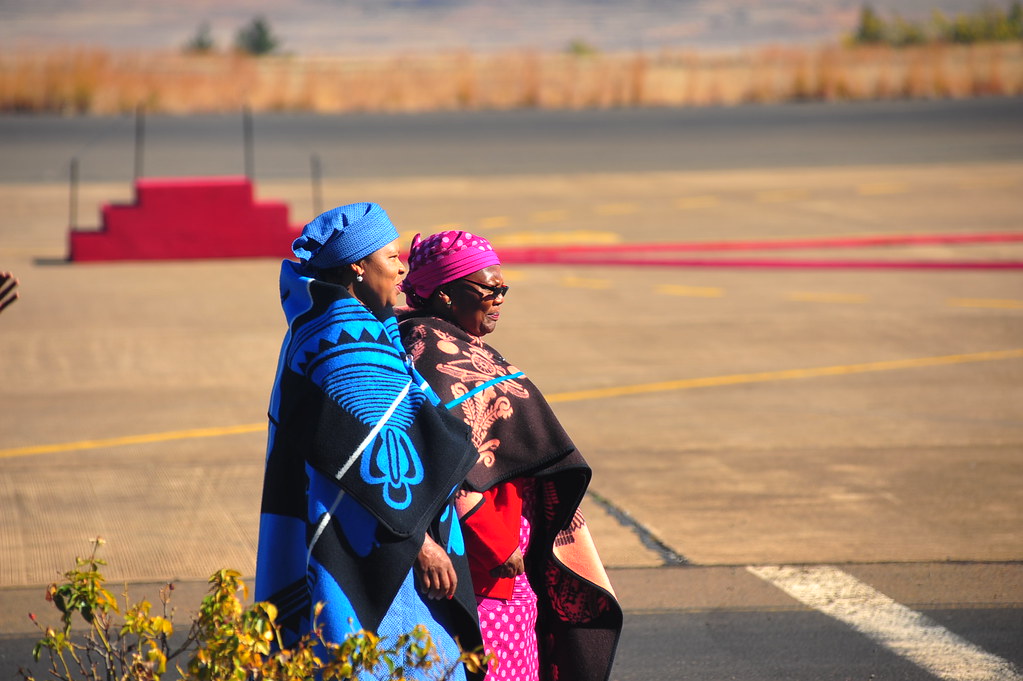 And as an AirLink shuttle touched down in front of us and opened its hatch, out came the Prime Minister of Lesotho, Pakalitha Mosisili. 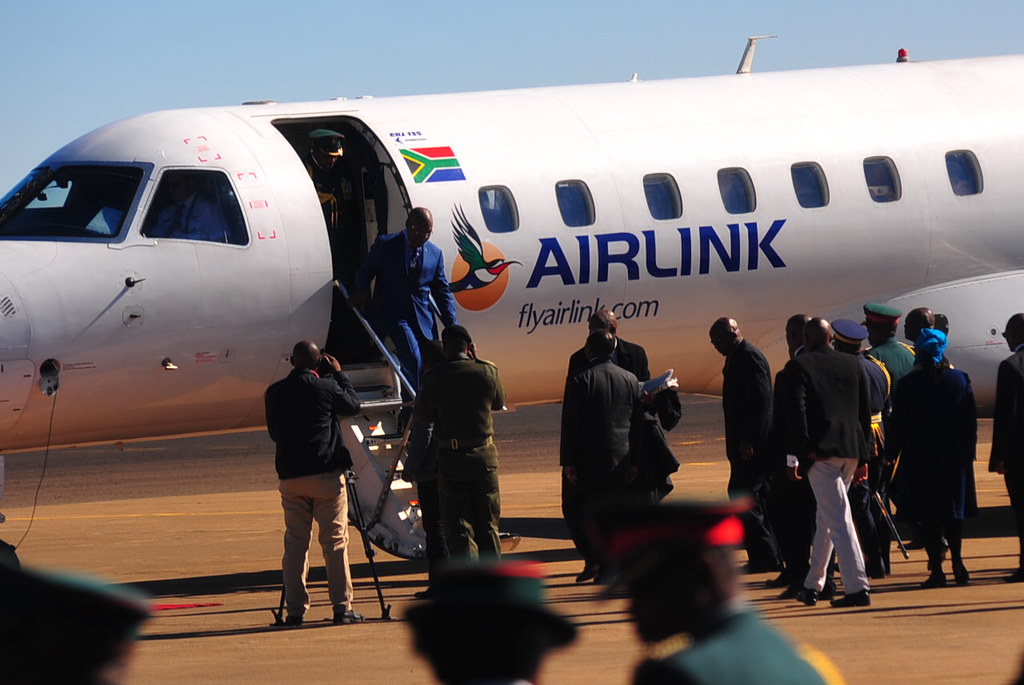 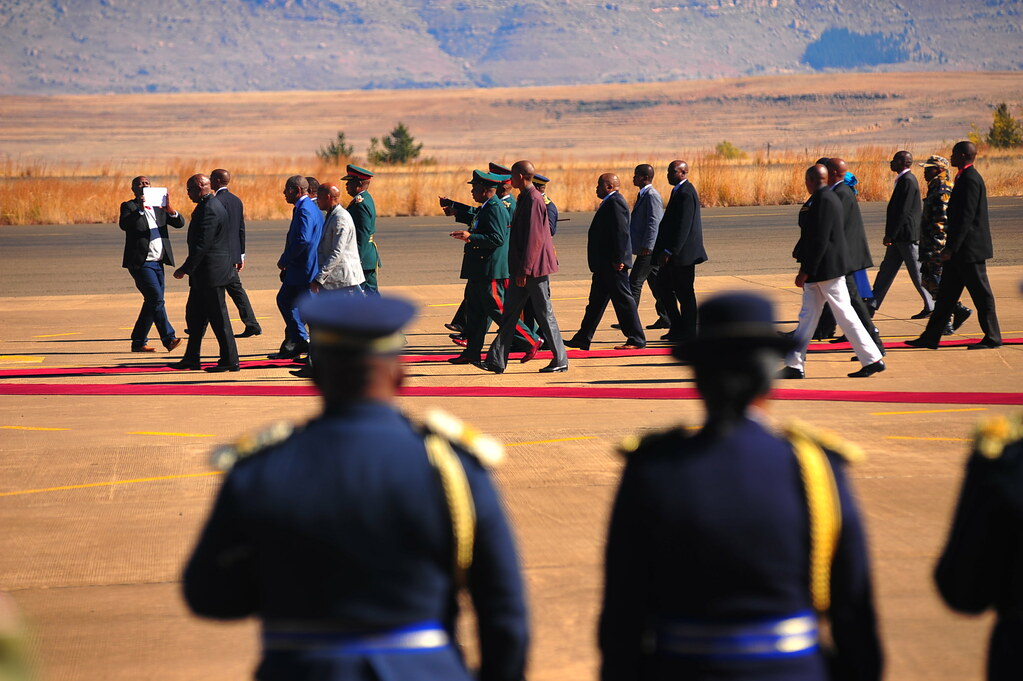 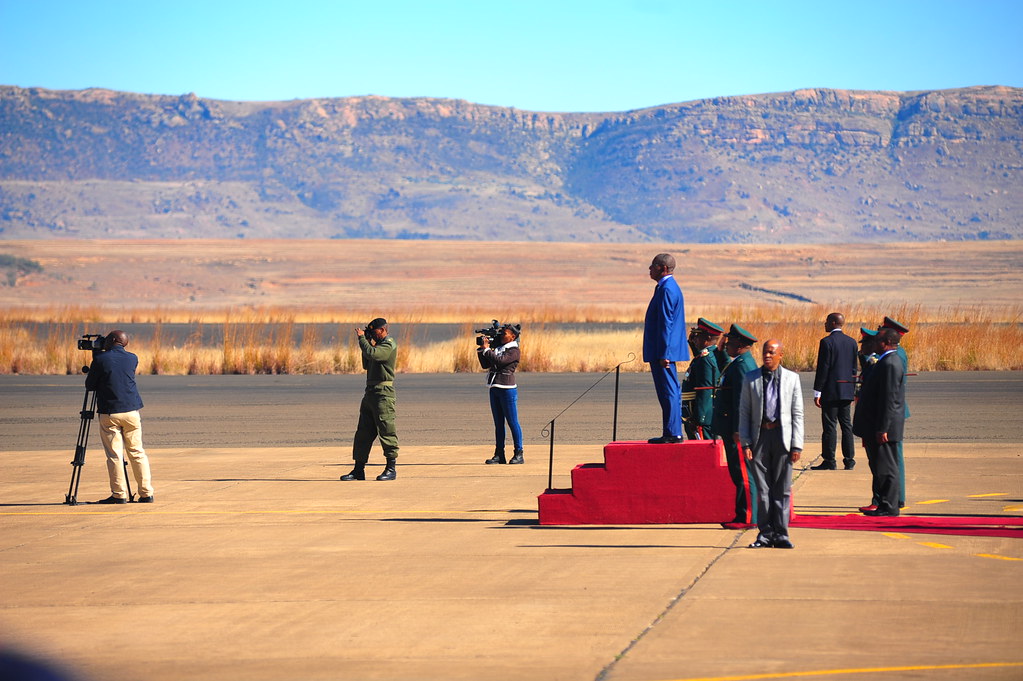 Apparently he took a standard commercial flight from Johannesburg with other, normal, everyday passengers; tourists and other civilians quickly disembarked after him (although they didn’t get the royal military treatment like he did).

After they disembarked, we immediately boarded that very same plane he was on, (one of us got to sit in his very exact seat!). 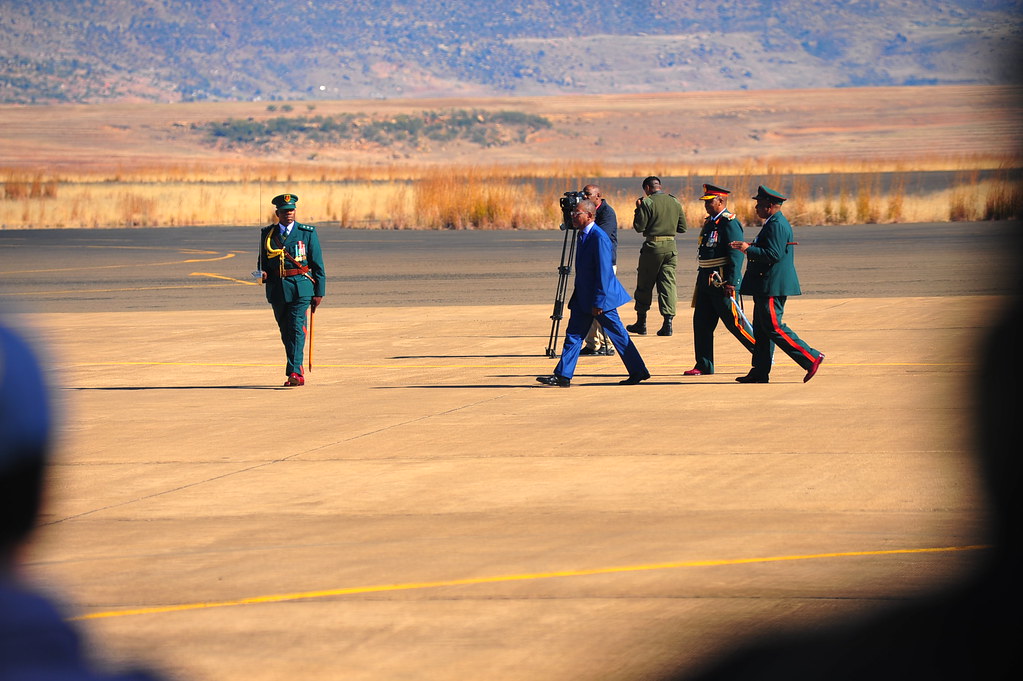 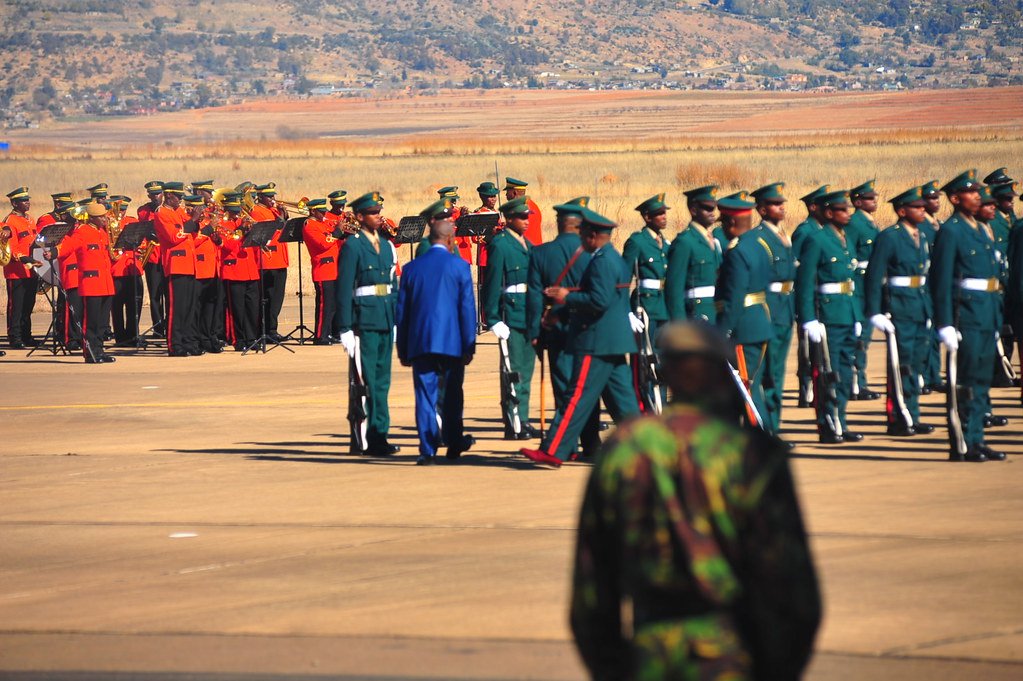 After a quick 45 minute flight back to Johannesburg and then nearly an hour on the passport line, we headed to our accommodations in the city center at Curiocity where we met the rest of the group for week 2! 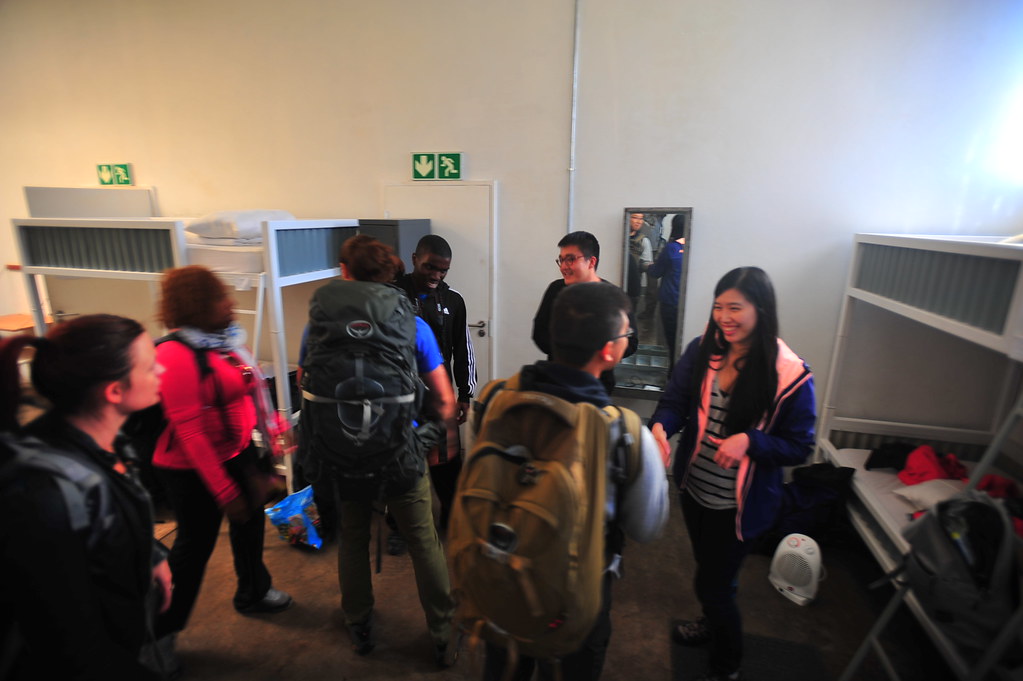 We took an hour to freshen up here and then headed west towards downtown Johannesburg. The first stop was the Top Of Africa, the tallest rooftop in the African continent, for sweeping 360º skyline views of the city.

Its entrance is located in the basement level of the Carleton Centre Building. 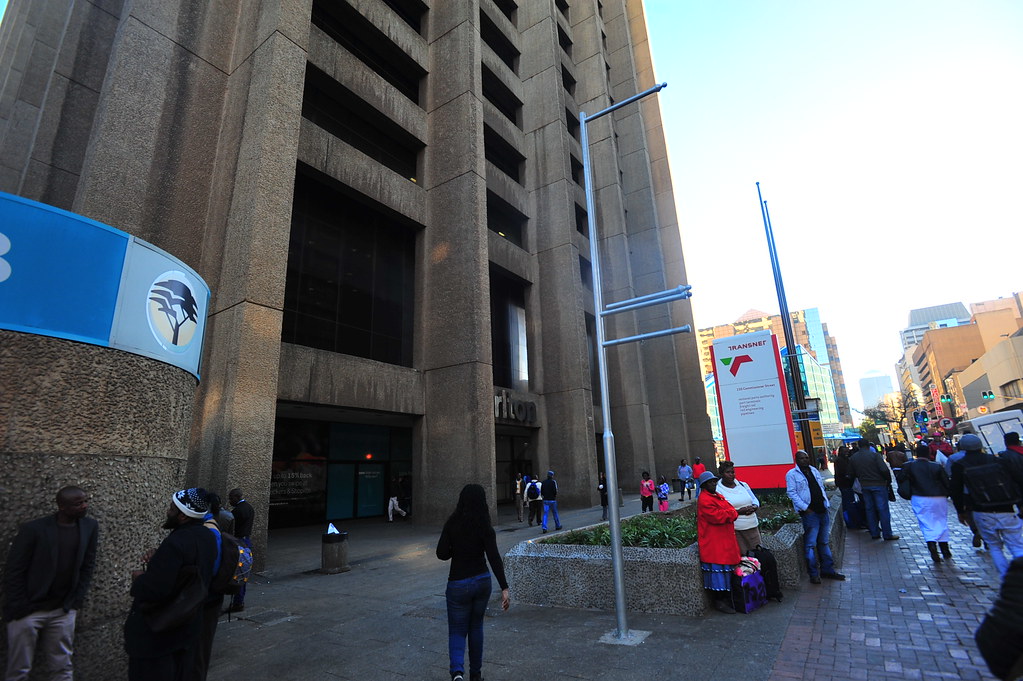 Entry fee costs 15 rands per person and they’ll direct you to take the elevator to the 50th floor. 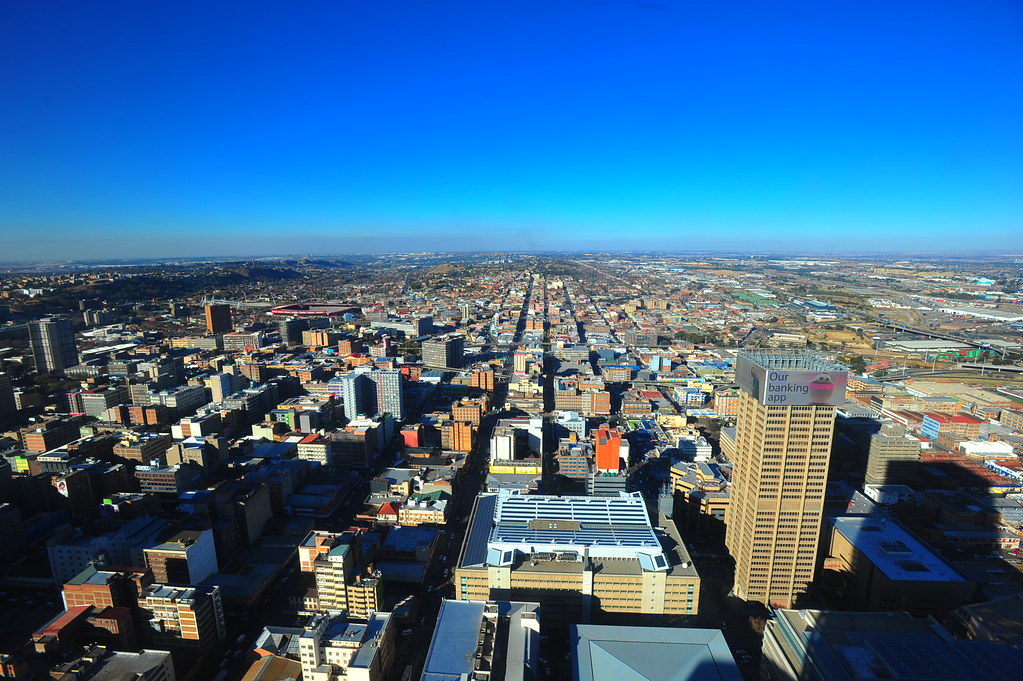 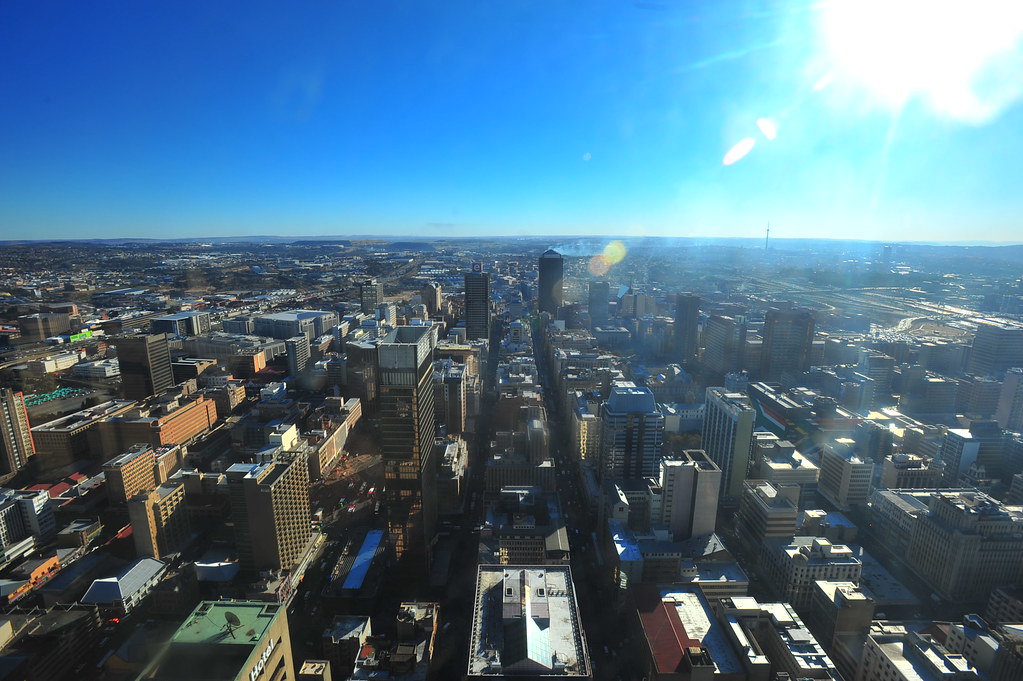 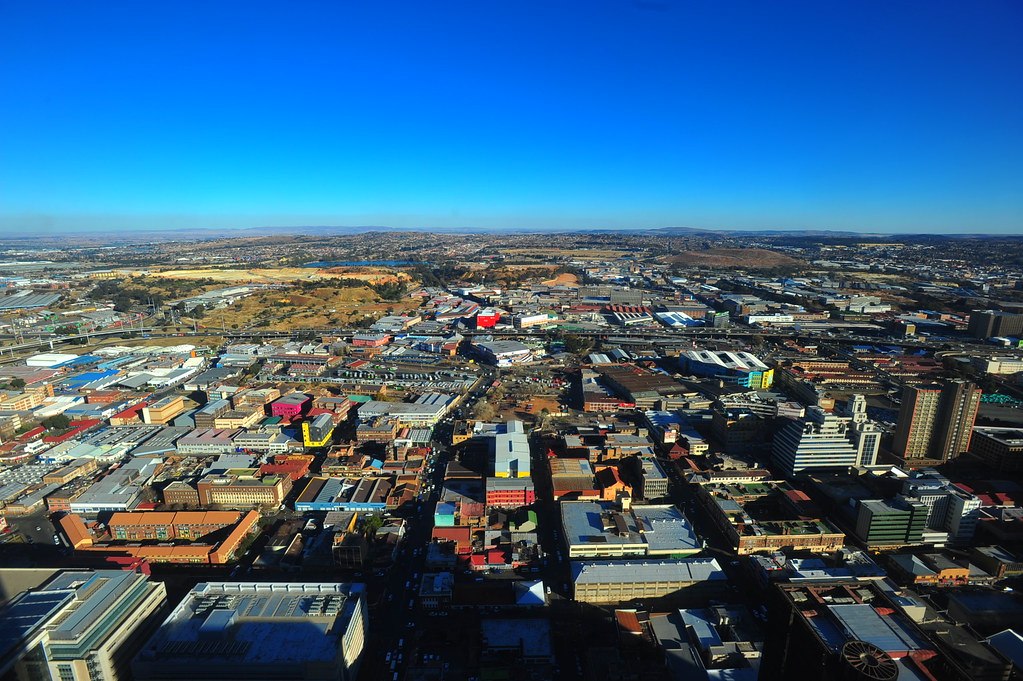 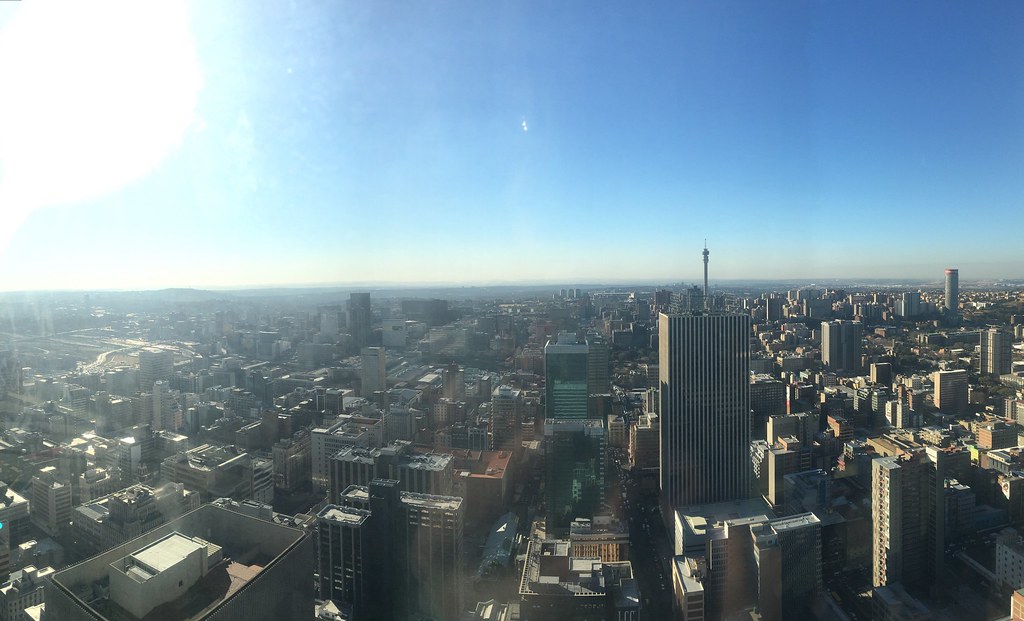 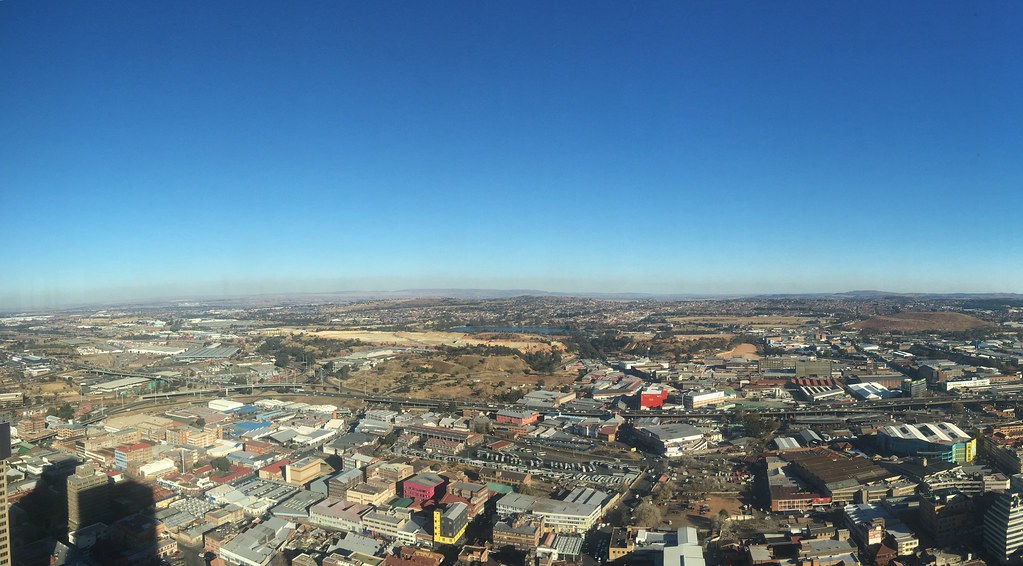 Afterwards we walked more west, reaching the old vestiges of colonial Johannesburg when it was still under British rule: the Johannesburg City Hall and its old Post Office. 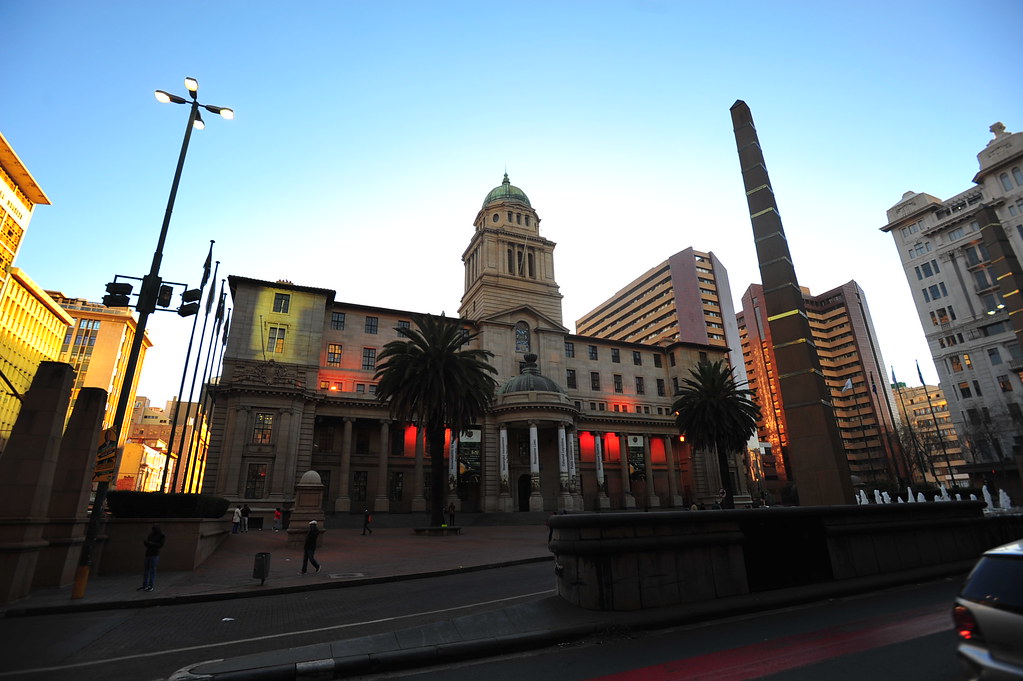 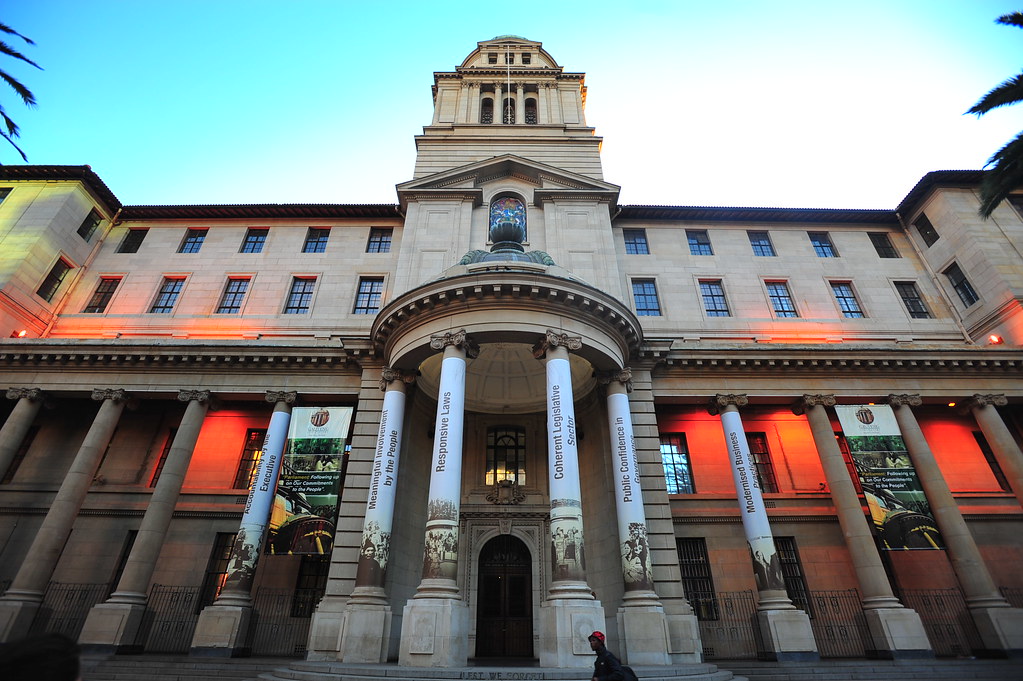 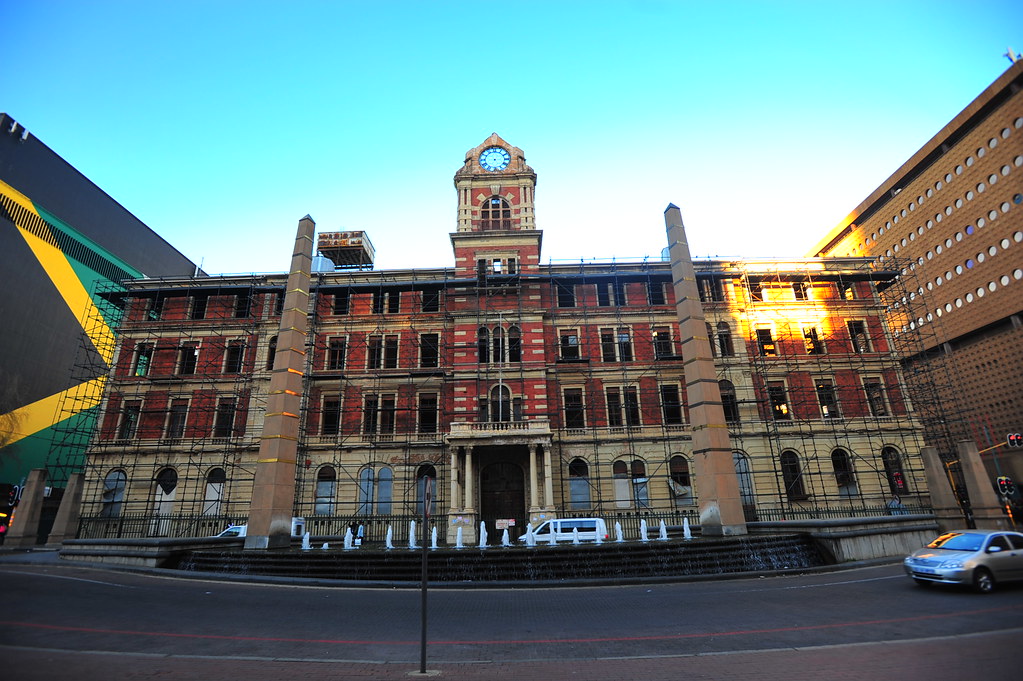 Then we passed by a few open squares… 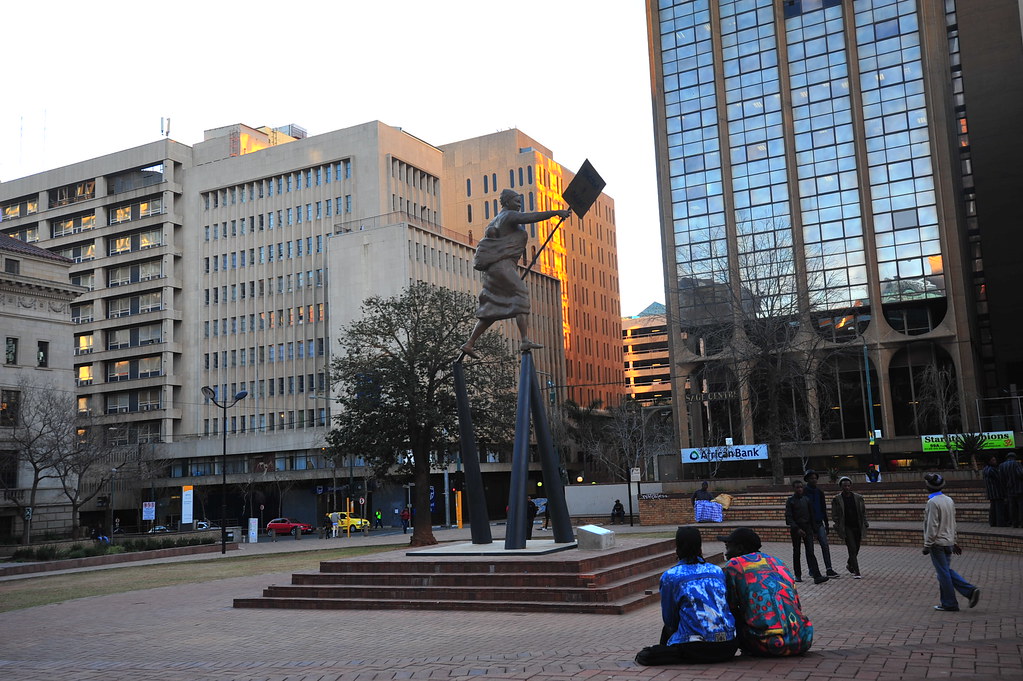 …before finally reaching the old law offices of Nelson Mandela and OR Tambo, formerly located on the second floor of the Chancellor House.

This historic site was the first ever law office for the black population of South Africa and became the stepping stone for both Mandela and Tambo in their fight against the status quo and Apartheid. 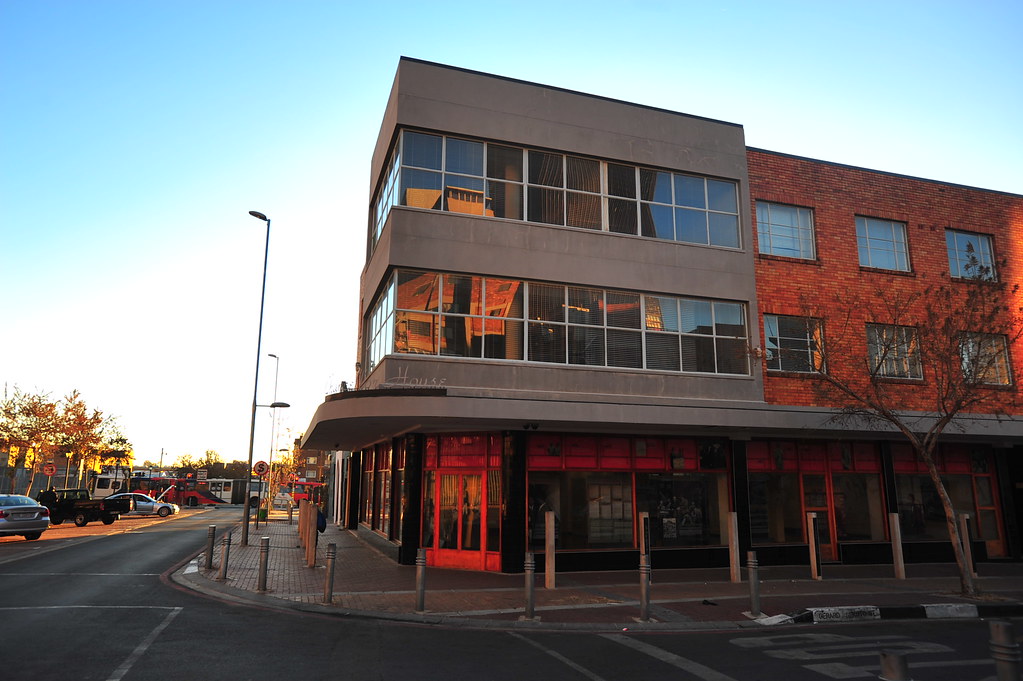 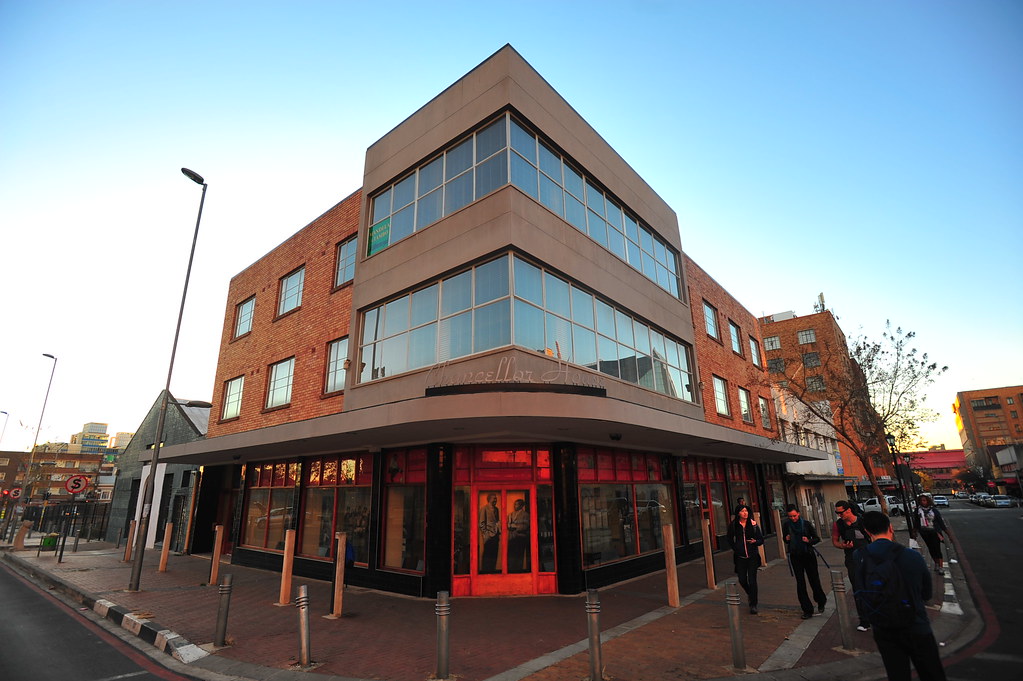 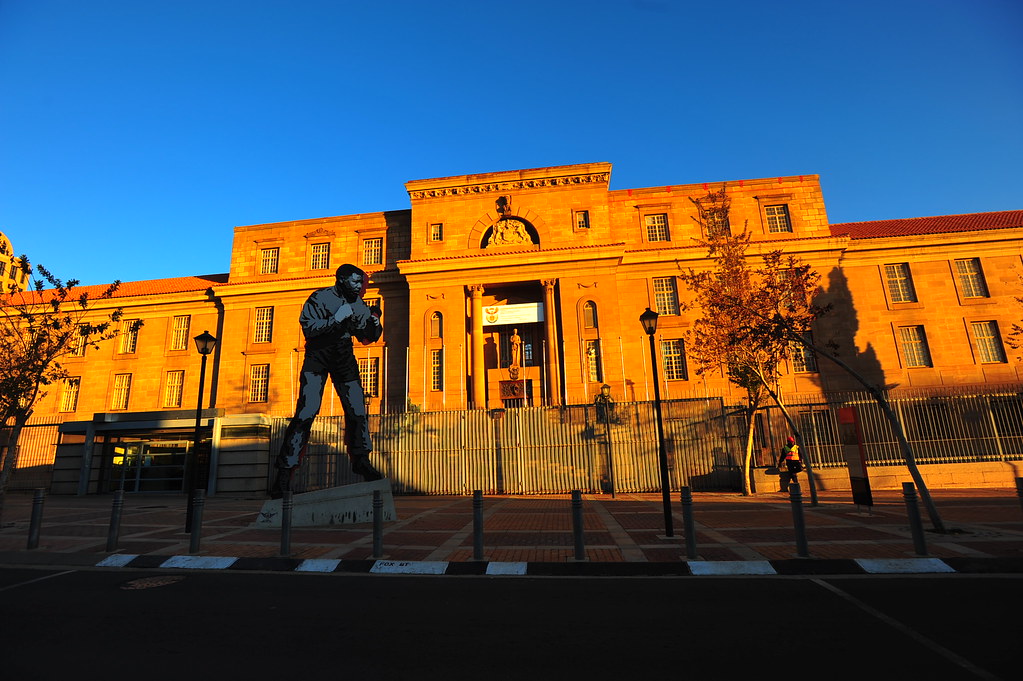 The 45 minute walk from Curiocity Backpacker’s Lodge to the Chancellor House covers the entire length of Central Johannesburg, with the majority of the major sights (Mandela House, Constitution Hill, the Apartheid Museum) located father out from the center and in the suburbs.

Deciding to save those for tomorrow, we returned to Curiocity to have a surprisingly fantastic dinner at the new South Africa tapas restaurant Love Revo across the street. 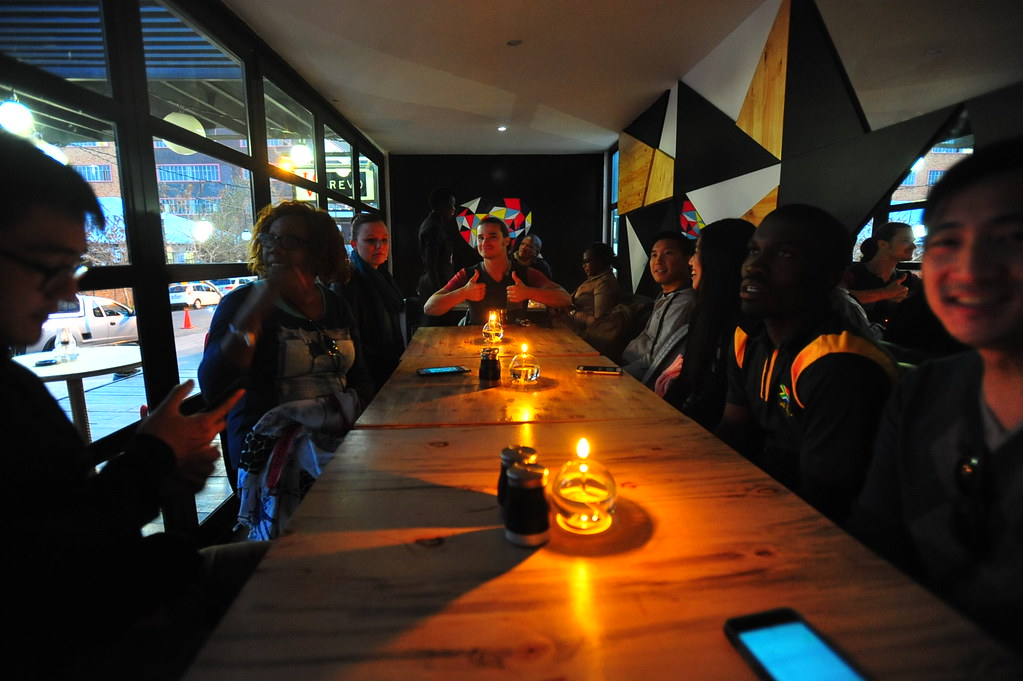 And since it’s our first Friday night together, now we head out on the town!