Edinburgh From The Top

Seemingly on an unrelated note, now that it’s spring break season the past month I’ve been working closely with fellow YPT colleague Alistair Riddell — who was aso our guide on our famously epic 40-person Cuba trip in 2014 — on a bunch of tours for Cuba. It’s been hard for us to coordinate, however, given our relatively busy schedules.

Well, guess who I ran into today in his native Edinburgh? And crazy enough, we’re both there for just a weekend! 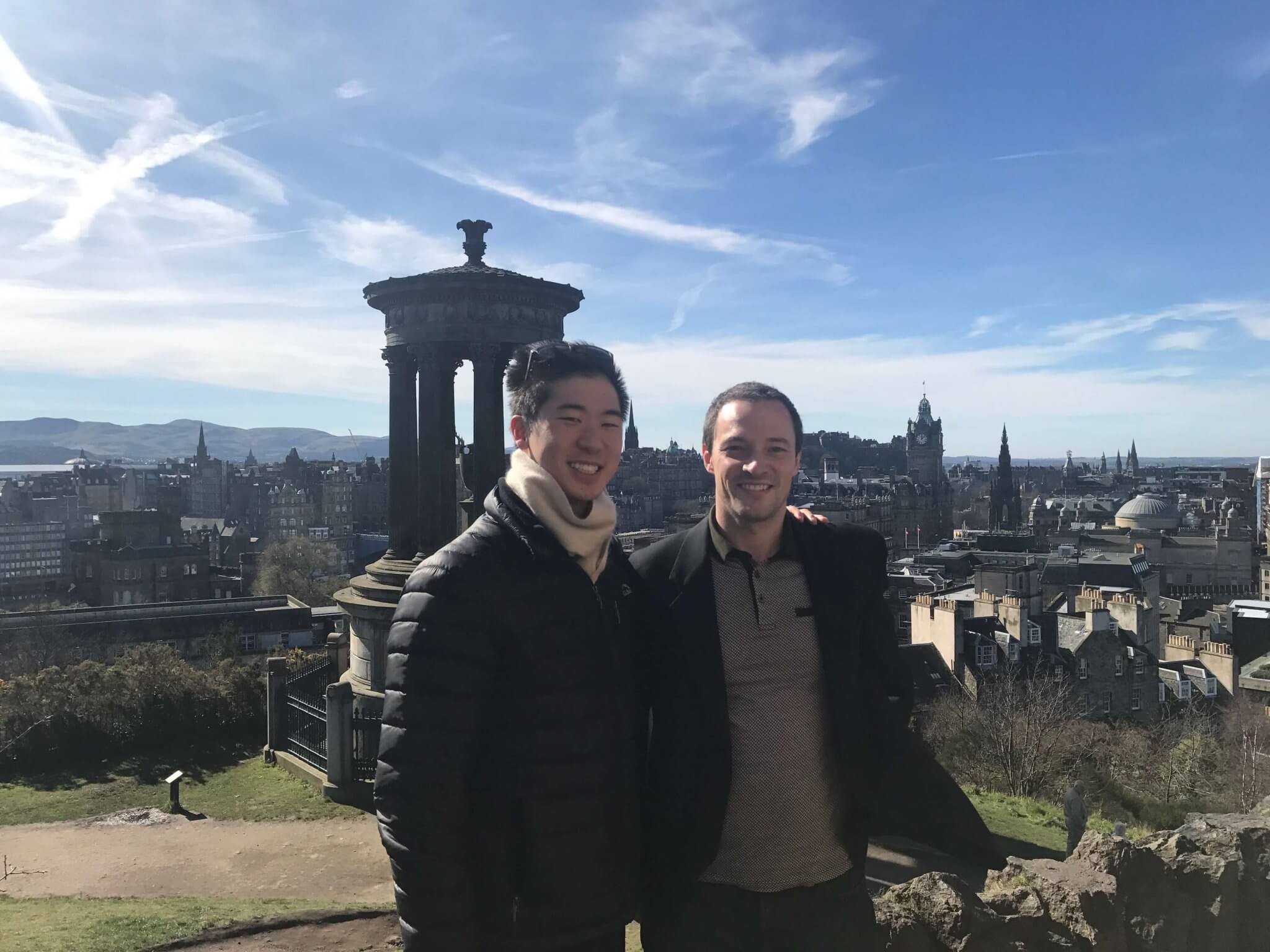 And thanks to Alistair taking some time off today, we were able to hike up the 3 great hills of Edinburgh to view the city from 3 separate angles and all from the top.

With the help of Alistair’s trusty Skoda car to pick us up from the hostel, we first did a brisk 5 minute walk up the stairs on Calton Hill: 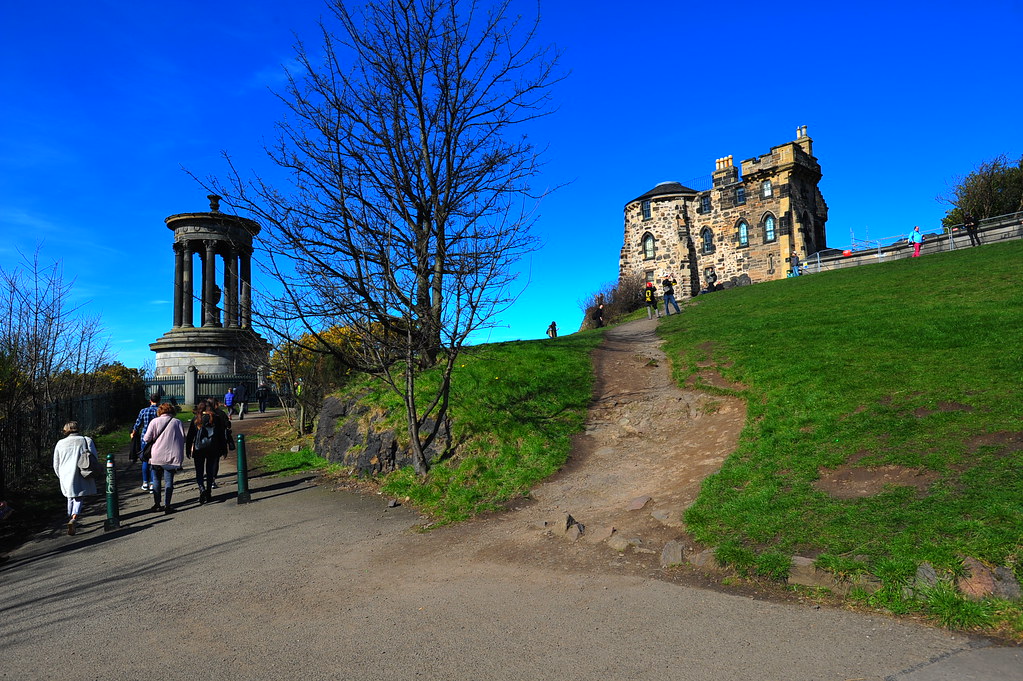 Here you get the classic panorama views of Edinburgh that you see in all the postcards, with the castle in the center: 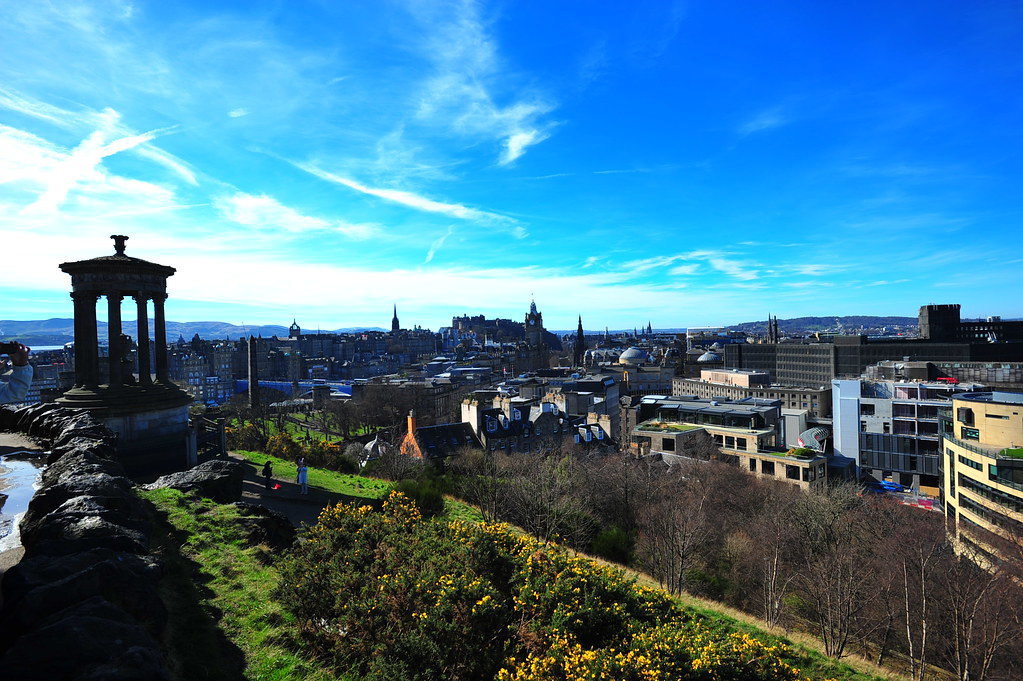 By the hill is an odd incomplete structure that remains unfinished due to a lack of funds, which has rendered it from its originally designated status of national symbol into a national disgrace. 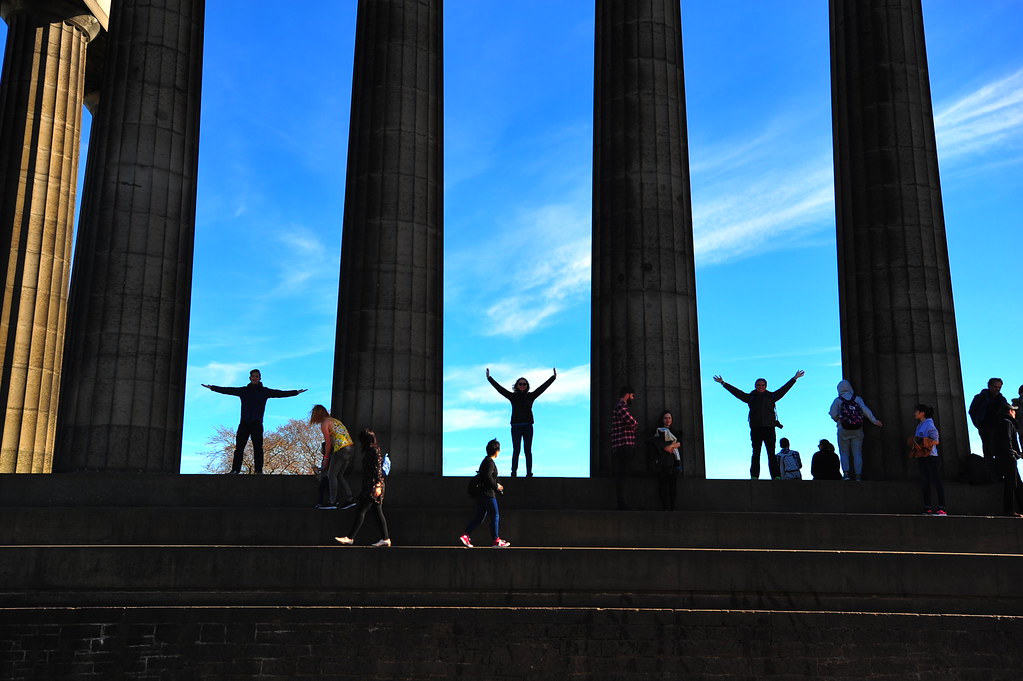 Then after about 20 minutes there, we drove further out to Arthur’s Seat, which takes about 15-20 minutes to climb. 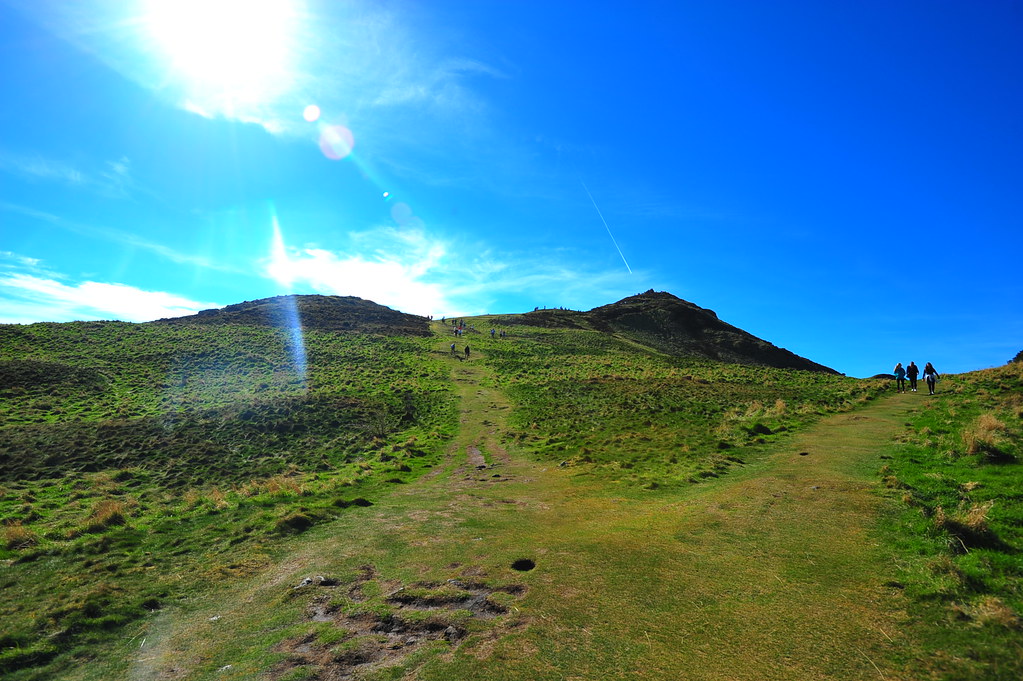 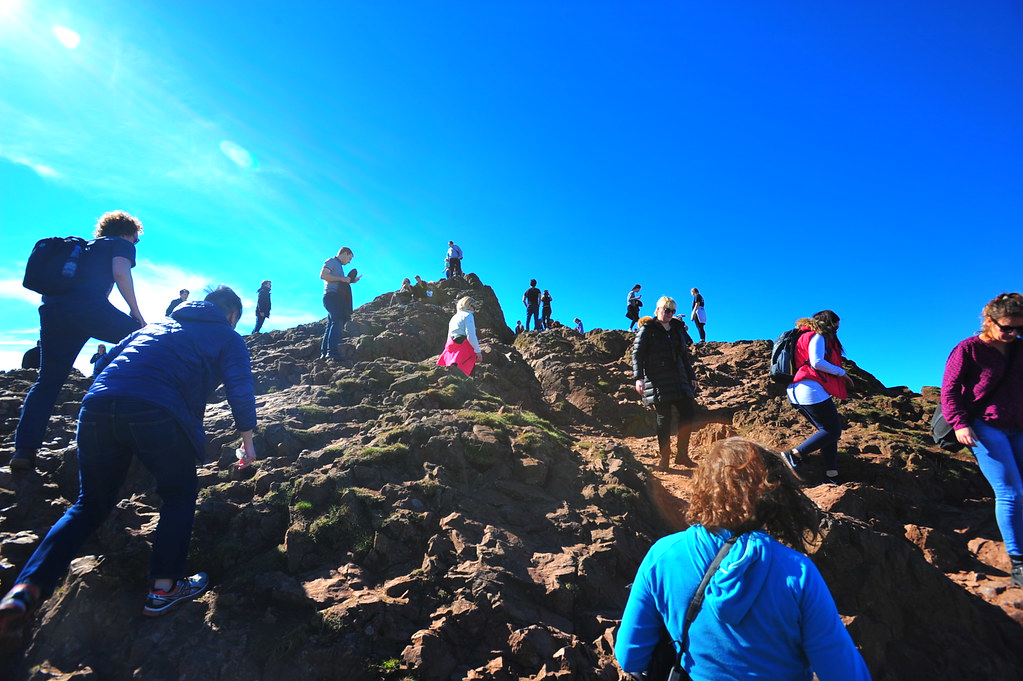 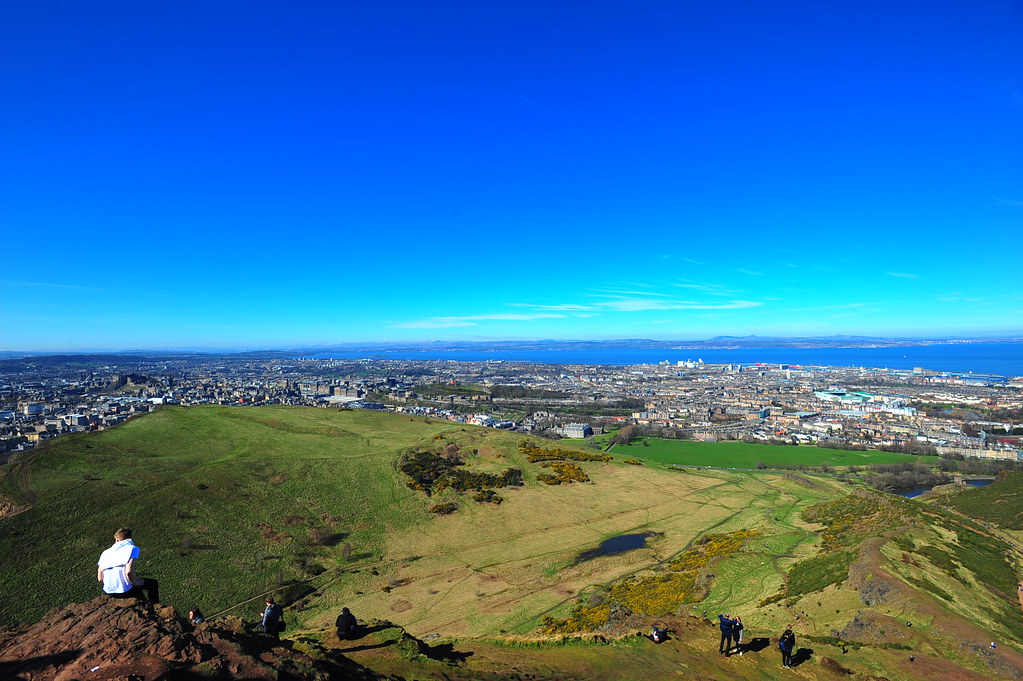 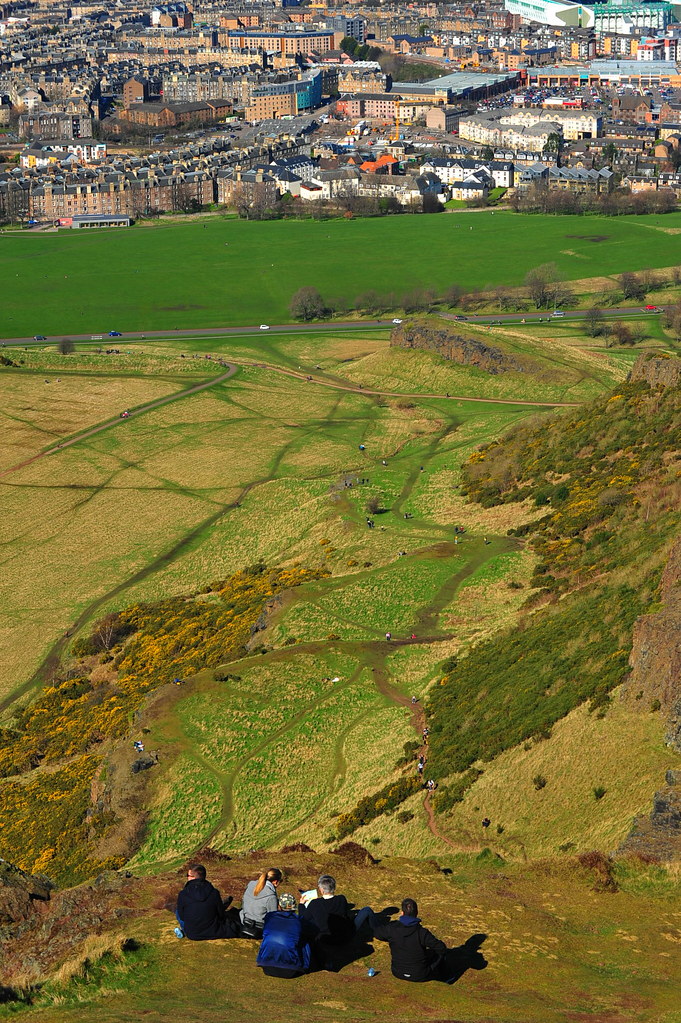 In the distance you can still see Edinburgh Castle pretty well: 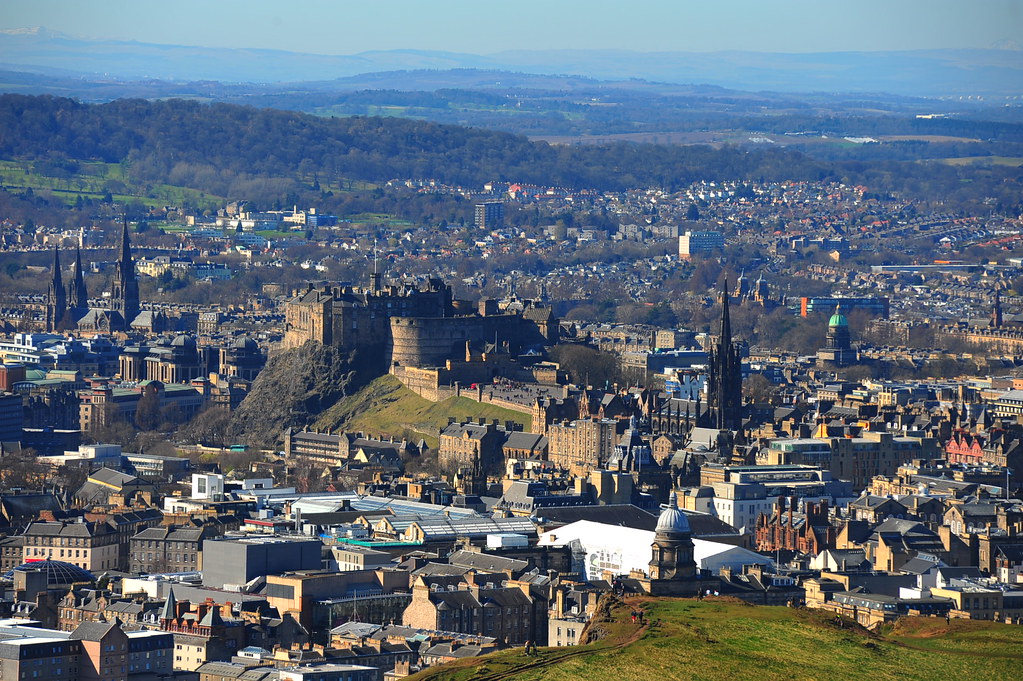 But more laughably was the idea of Calton Hill that we had just climbed minutes before: 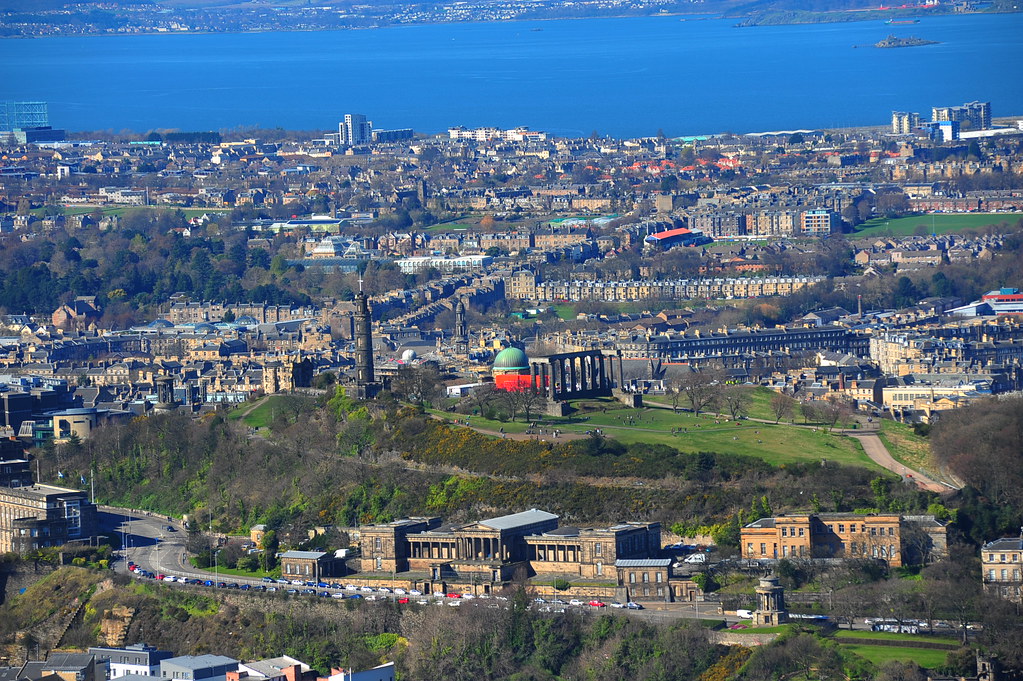 After a half an hour taking in the views at Arthur’s, we decided to go all out and drive out into the suburbs of Hillend. There at the Midlothian Snowsports Centre (formerly the Hillend Ski Centre and also known as the longest dry ski slopes in Europe), we paid 3£ for the ski lifts to take us up halfway. 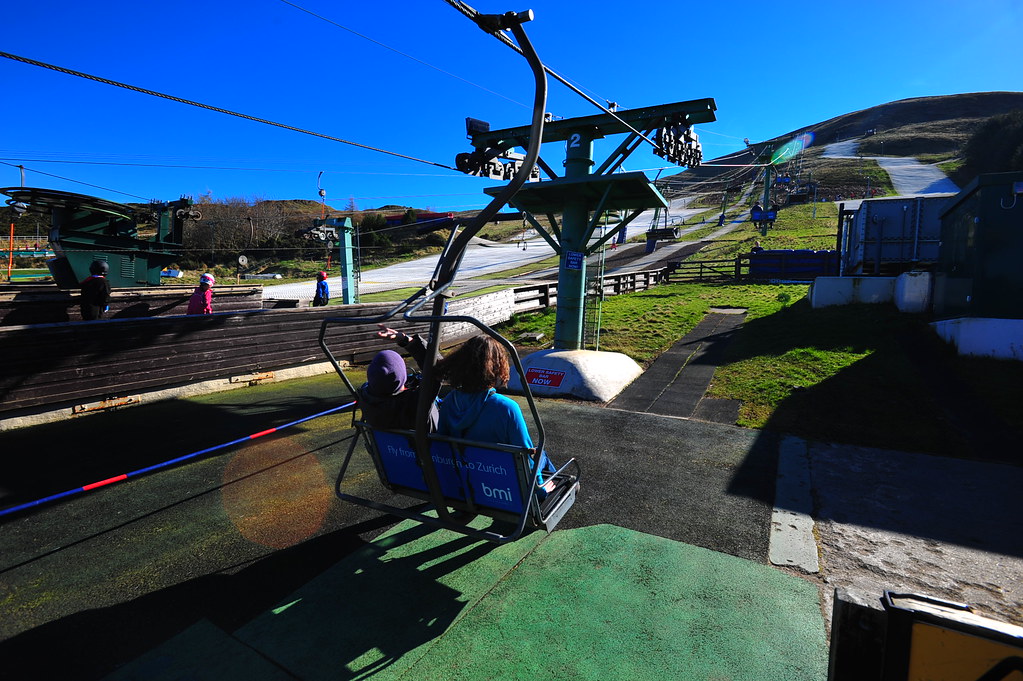 This is skiing in the spring: 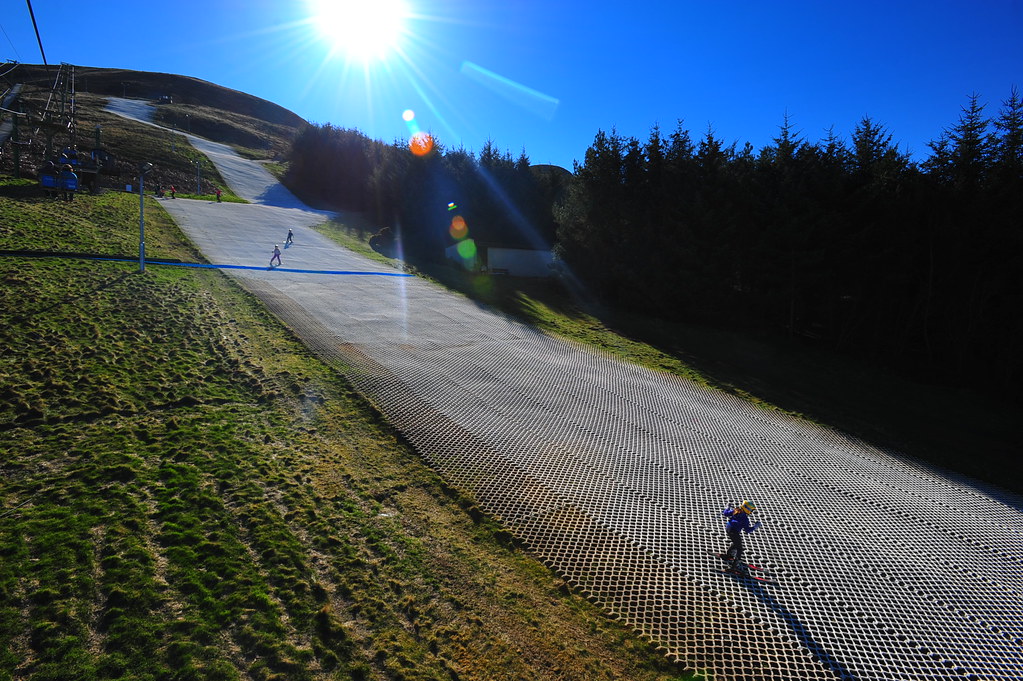 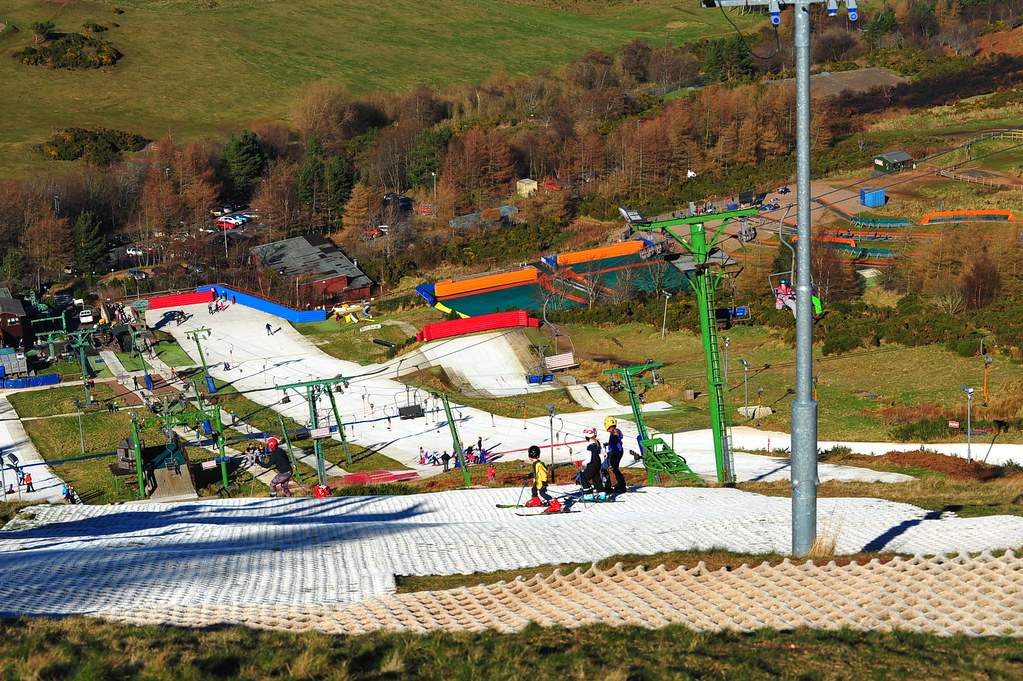 After getting off our gondolas, we hiked up the rest for another 20 minutes to reach nearly the highest point you can get for views of Edinburgh: 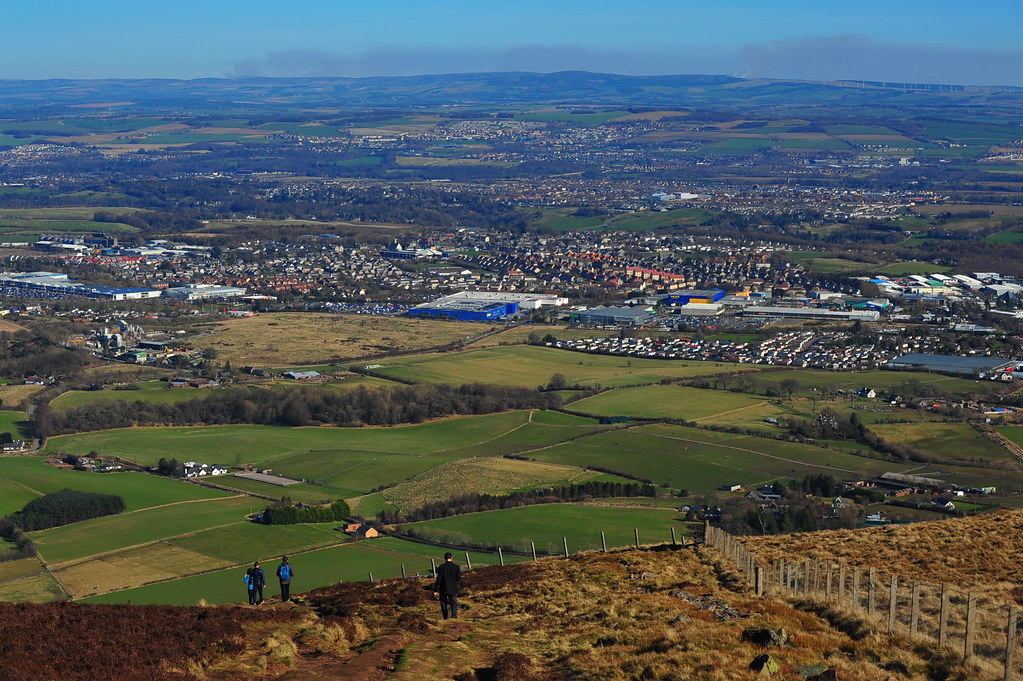 And from Hillend if you squint hard enough, you can make out the sorry excuse of a hill Arthur’s Seat was, which you had climbed only minutes before… 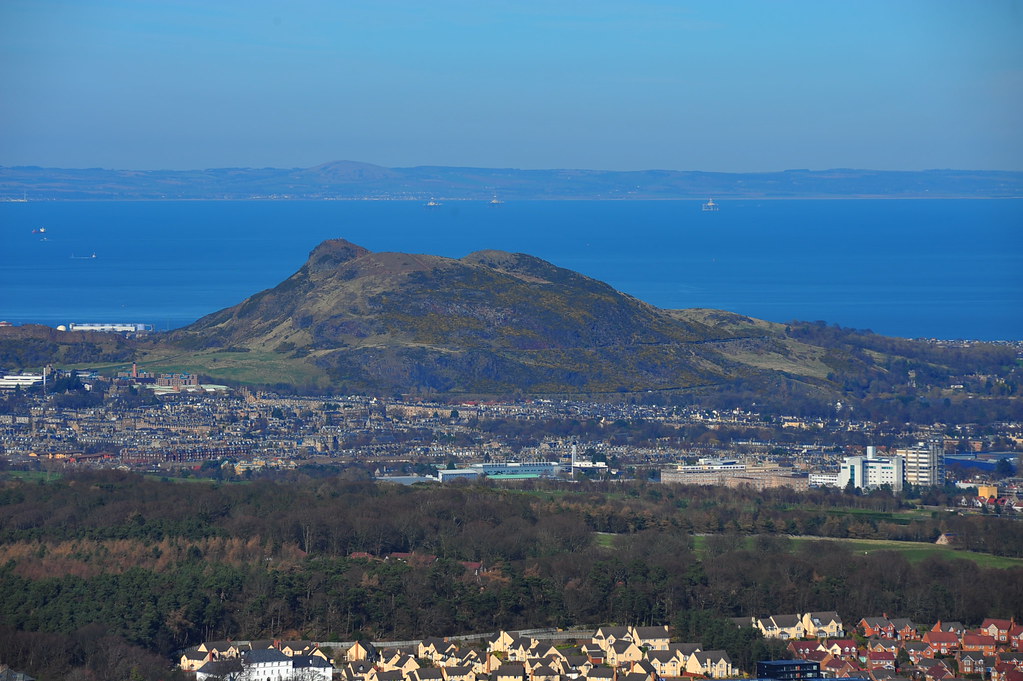 …behind you are the range of Pentland Hills that stretch 20 miles beyond Edinburgh: 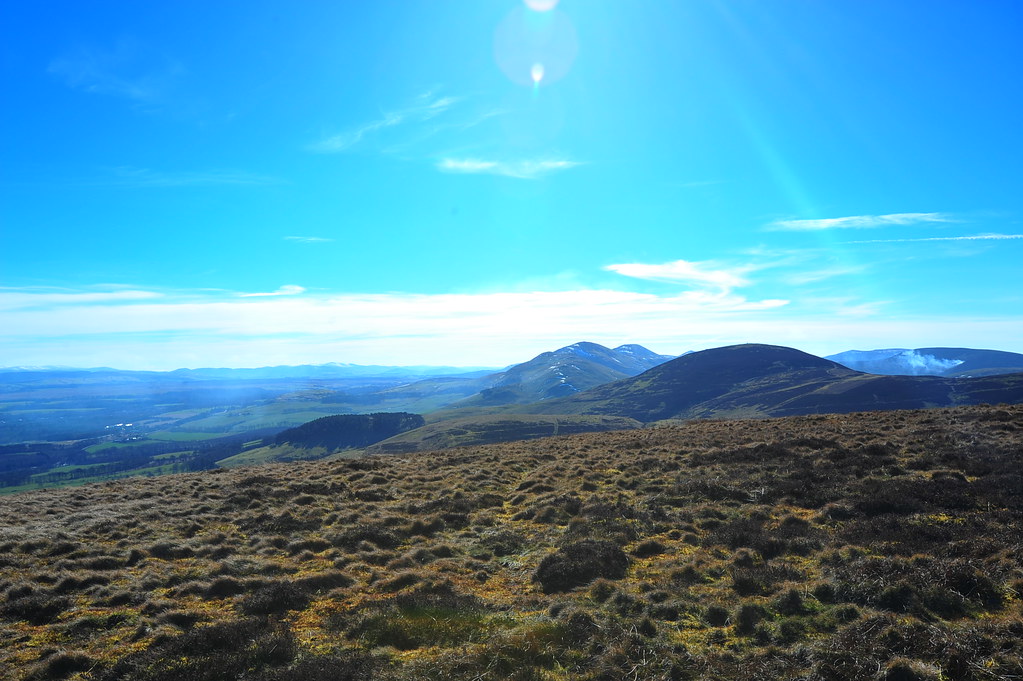 Unlike Calton or Arthur’s, there are no crowds at Hillend. So after about 20 minutes taking this all in and being on our own, we headed back down. 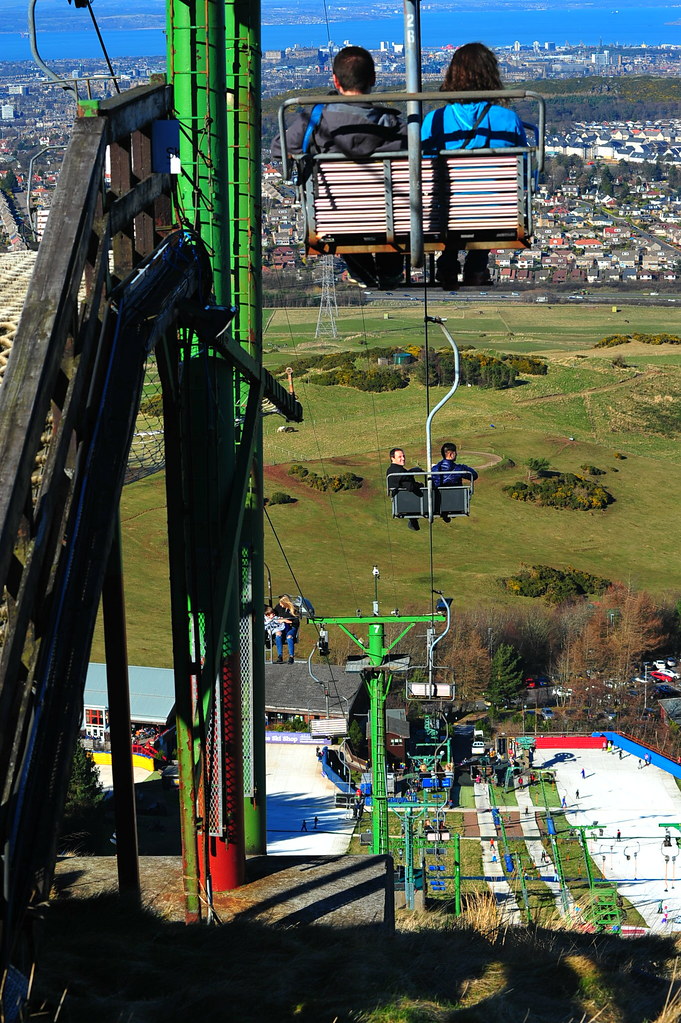 Driving back into the city, we happened to pass by The Elephant House, famous for supposedly being where JK Rowling wrote Harry Potter “on the back of a napkin.” 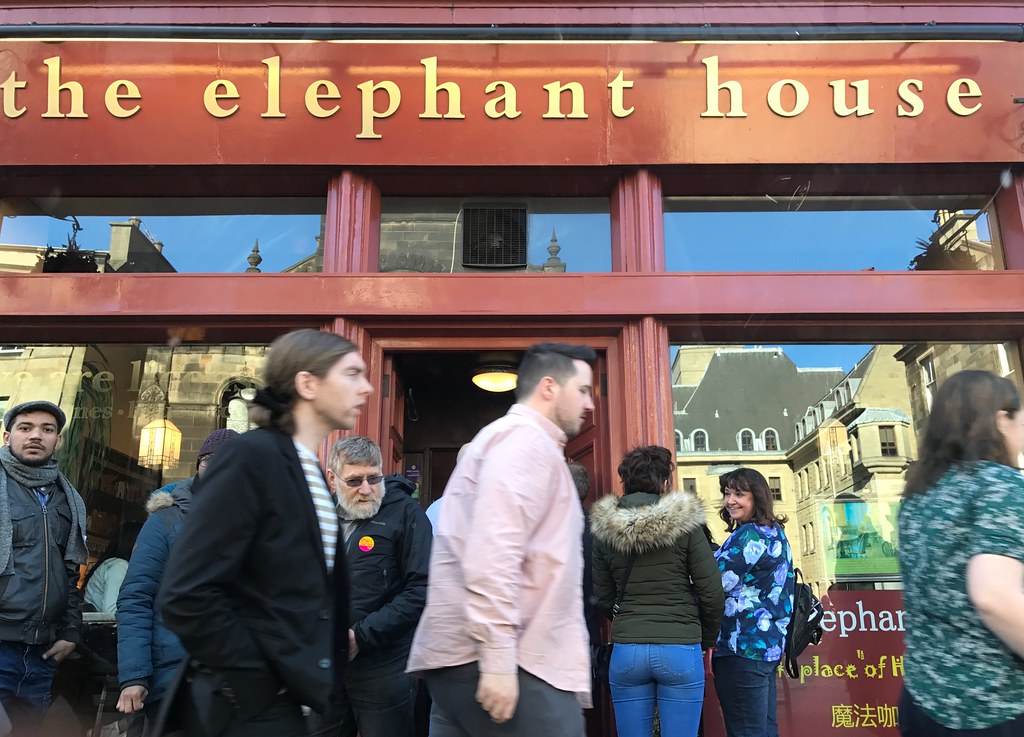 Then it was back around the Edinburgh castle grounds for dinner… 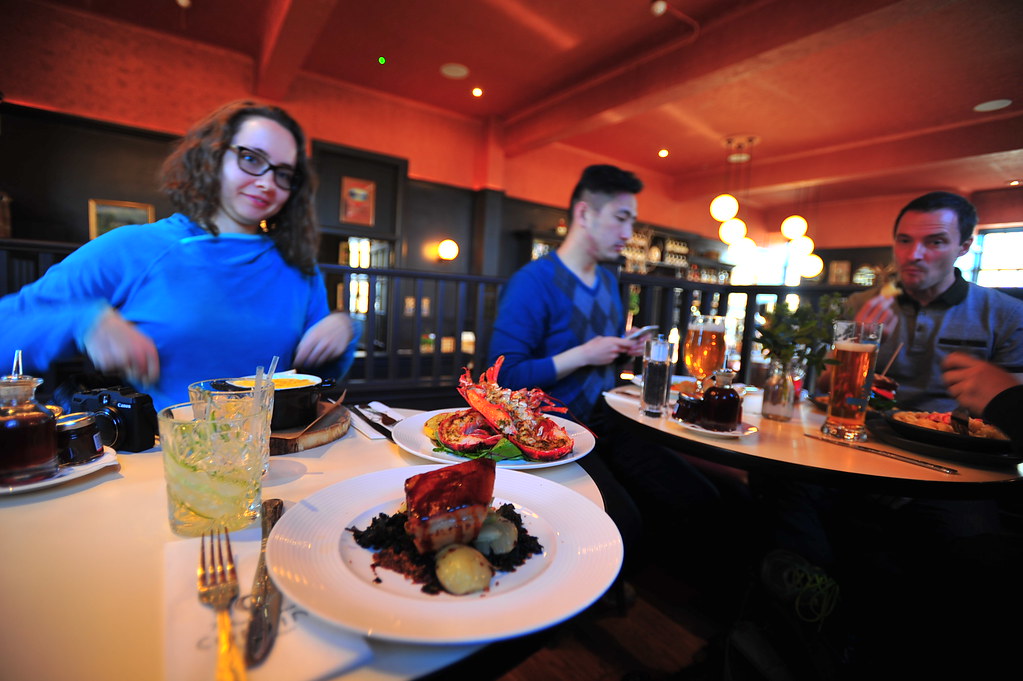 …and with the weekend already over before we knew it, I now bid my fellow travelers goodbye as I hop on an overnight 8:30pm National Express direct bus to London Heathrow Airport.