by Calvin Sun | Jul 17, 2017 | Blitzkrieg!!!, Fit for Foodies, How Did You Do That?, July 2017: Saint Martin's & Surrounding Islands, Rules Are Meant To Be Broken, Saint Martin, Sint Maarten, Travel Warnings, Way Way Off the Beaten Path | 0 comments

Having been given an unexpected 4 days off before my next shift in the ED, I decided it was another time to attempt a solo trip getaway.

Although I was also entertaining traveling from Slovenia to Slovakia (the flights were too expensive), Oman to Kuwait (I came up with an itinerary so sexy I decided it was better to save it for a group), and Moldova/Transnistra (the flights were too cost-prohibitive), the 34 sq mi Caribbean island of Saint Martin/Sint Maarten (+ and its surrounding islands!) somehow beckoned to me when it popped up on my Hitlist searches. Given its easygoing vibes, its cheap roundtrip flight at $450, and the ability to lock myself down and study for a bit for the USMLE Step 3 Exam (aka the last of the medical licensing board exams), it emerged to be the perfect getaway.

Saint Martin is actually comprised of 2 separate “territories”: the southern, smaller, and yet more populated Dutch side (Sint Maarten) covering 13 square miles and the northern, larger French side (St. Martin) covering 30-31 square miles. This makes Saint Martin the world’s smallest inhabited island divided between two nations….a unique designation like that was just too hard to pass up!

So getting up at 6am, I caught a 7:30am flight from NYC to Miami, where I spent a one hour layover checking out its new Centurion Lounge (open and free to all AMEX Platinum and Centurion cardholders). 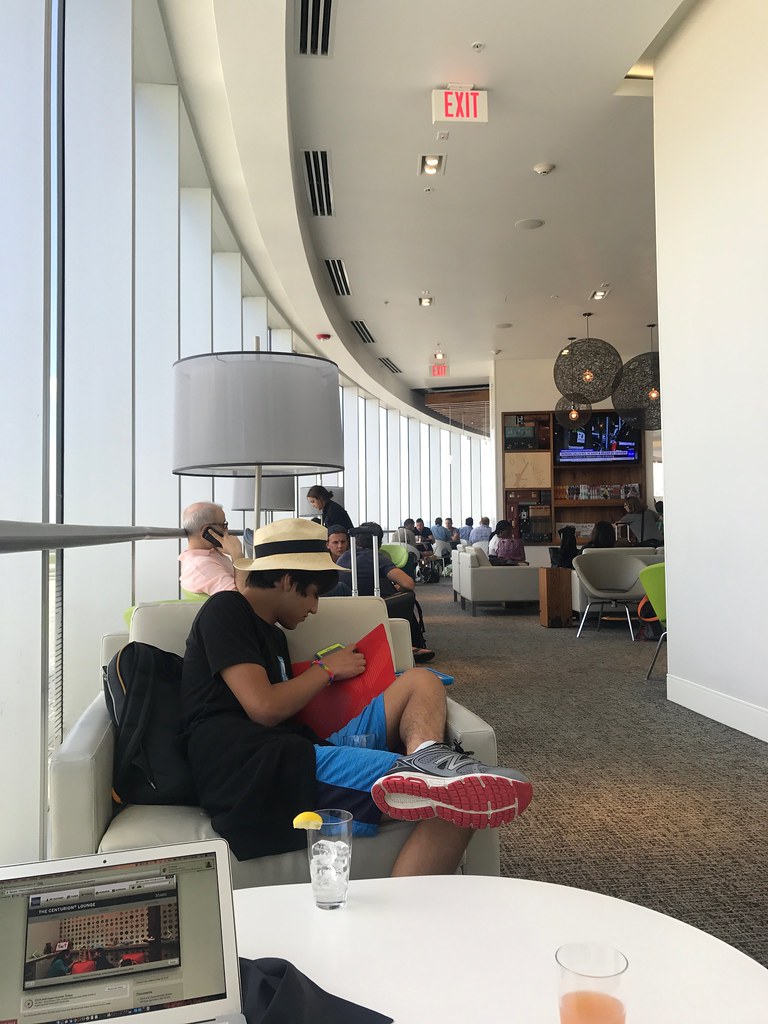 Then I hopped on a 12:11pm flight, taking off with the Bahamas right beneath us. 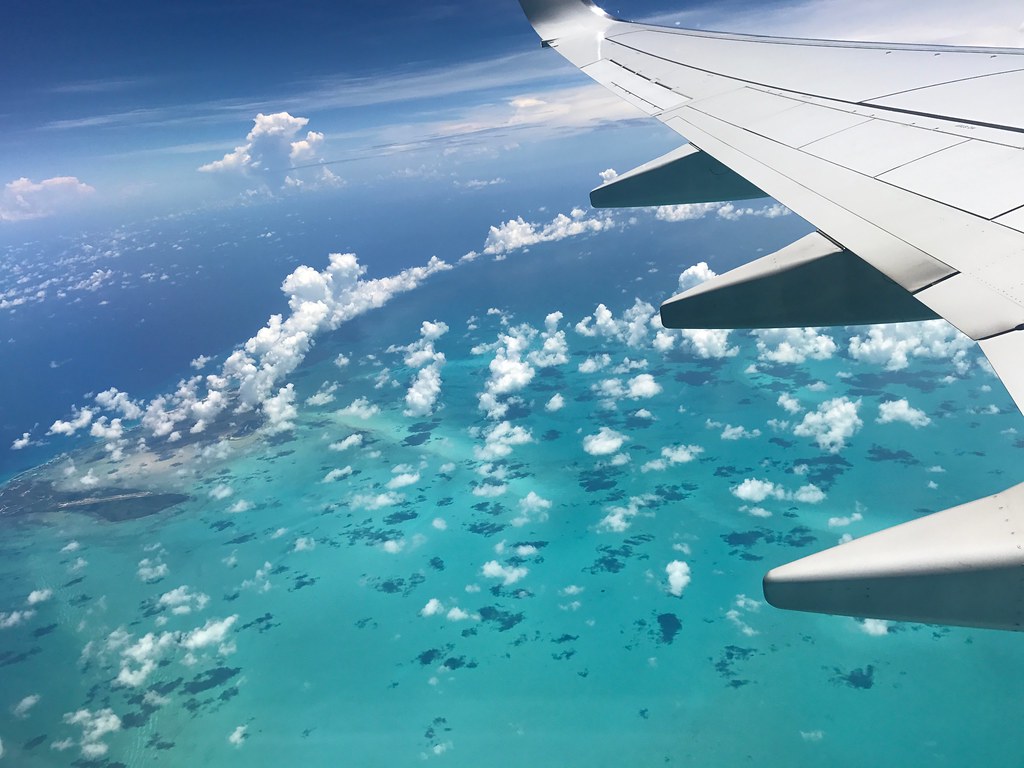 At 3pm we landed at SXM Princess Juliana’s Airport on the southern Dutch side of the island. Make sure you look to your left when you land and the landings are famous for getting up way close to the suntanners camped out on Maho Beach. 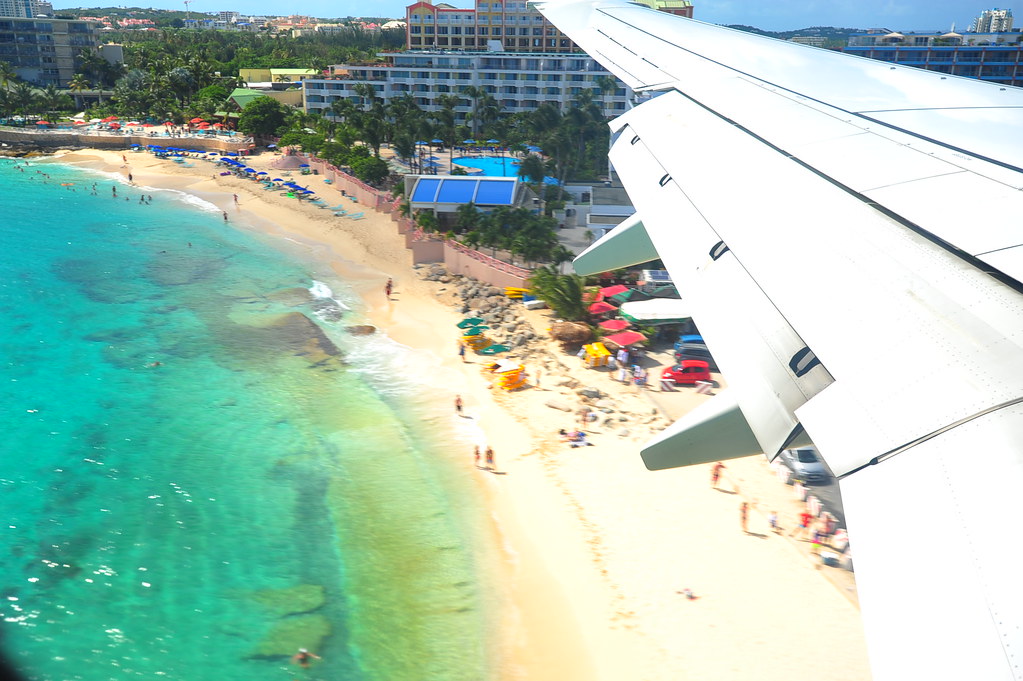 Once in the airport, I soon remembered how every single major Caribbean Island international airport is notorious for their long lines stamping into their countries… 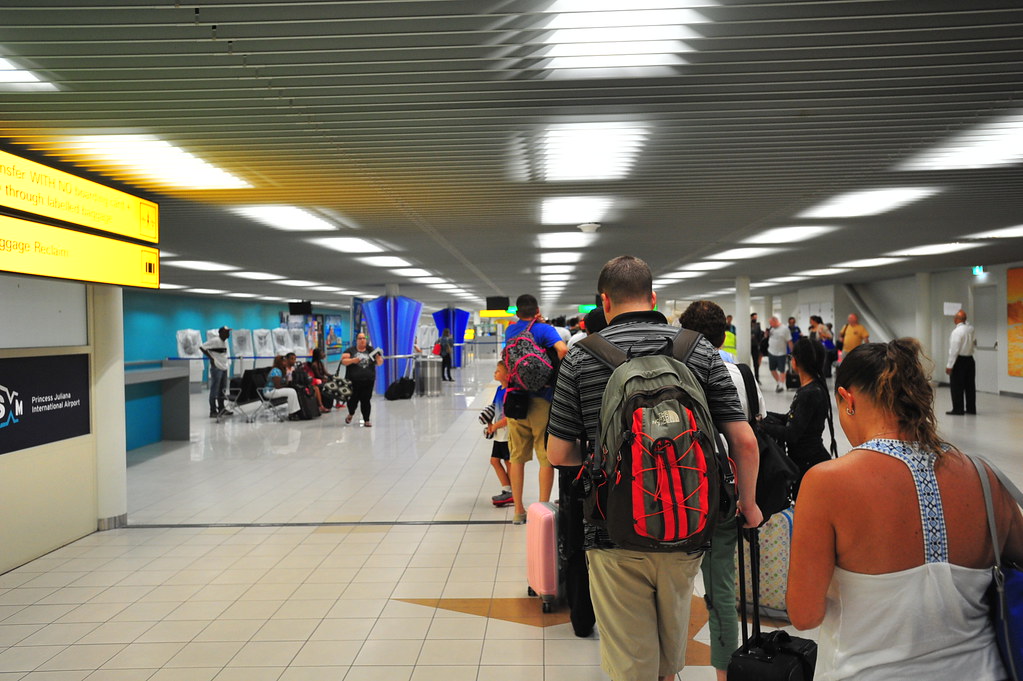 After about 20 minutes in queue, I was stamped in within seconds and was soon picked up by Sisko of the Dutch St. Maarten Taxi Association, who conveniently curated for me a last-minute customized itinerary for me around the island for 2-3 hours.

But first we needed to turn a corner around the airport and stop by Maho Beach (and its adjacent Sunset Bar) for some shots of our own of these low-landing airplanes. Traditions are traditions. 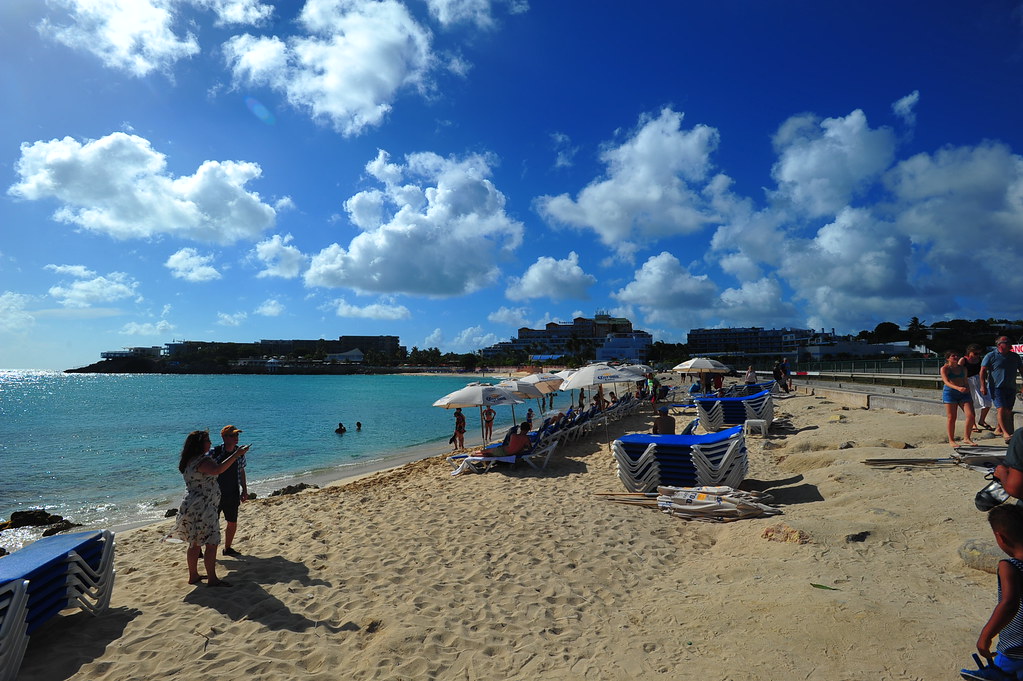 Saint Martin actually notoriosuly made it into international news 4 days ago, when a New Zealander tourist was killed instantly after she was blown away by a jet blast right at this spot (GRAPHIC VIEWING IS ADVISED): New Zealand woman dies after jet blast at world’s ‘scariest’ airport.

I was now standing in the very same spot she was. 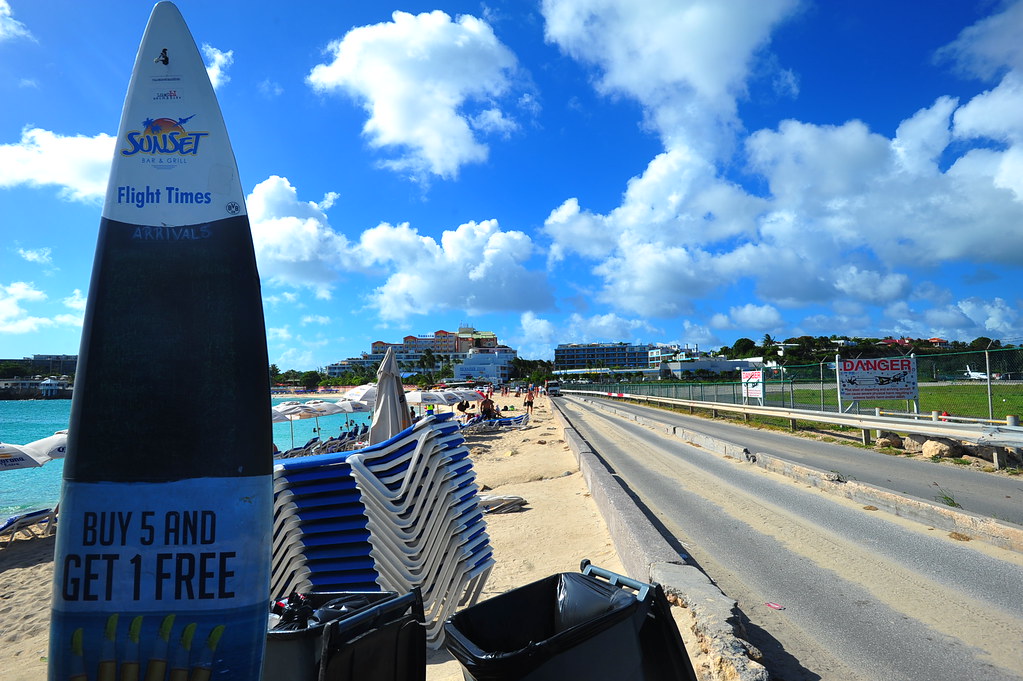 Unfortunately, current events have not deterred other tourists’ curiosities from getting up close — although nobody was holding onto the fence today when I was watching. 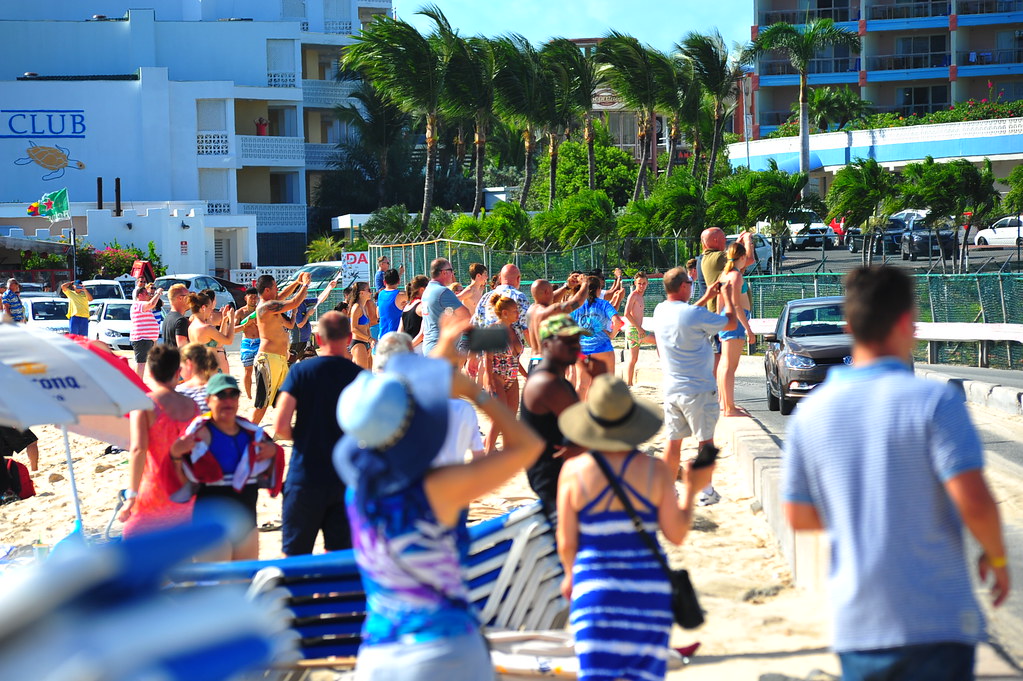 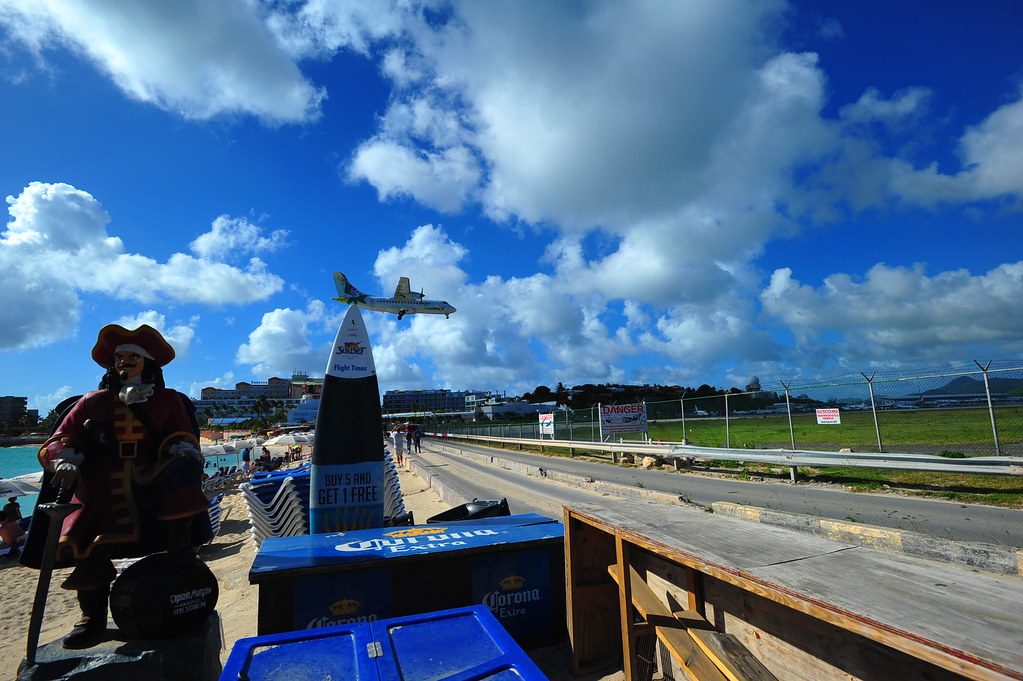 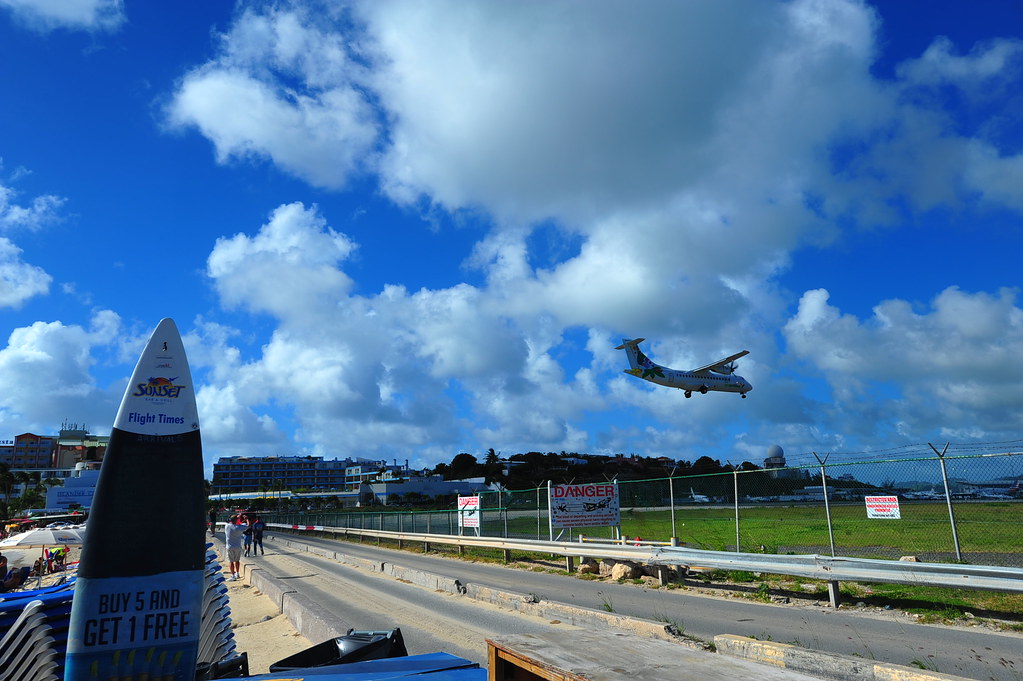 And after about half an hour here, we headed up north towards the French side of the island, stopping by its respective capital, Marigot. 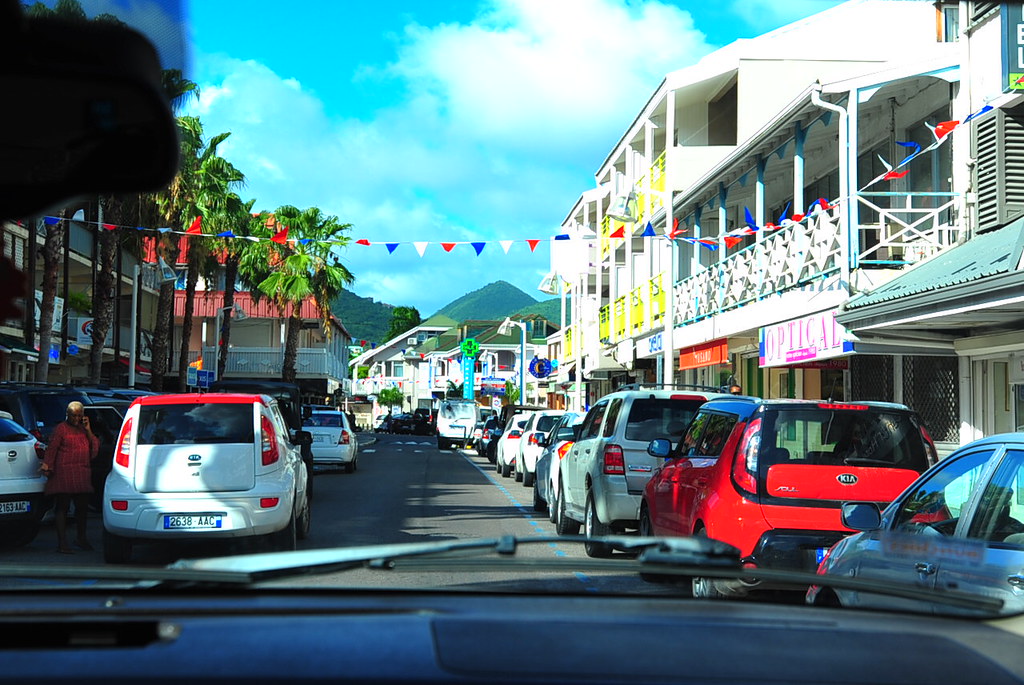 Life in quaint, quiet little Marigot is what the Saint Martin island used to be, before the excesses of gentrification, colonialism, and tourism took over (which you’ll see especially in the Dutch side and its capital, Philipsburg). 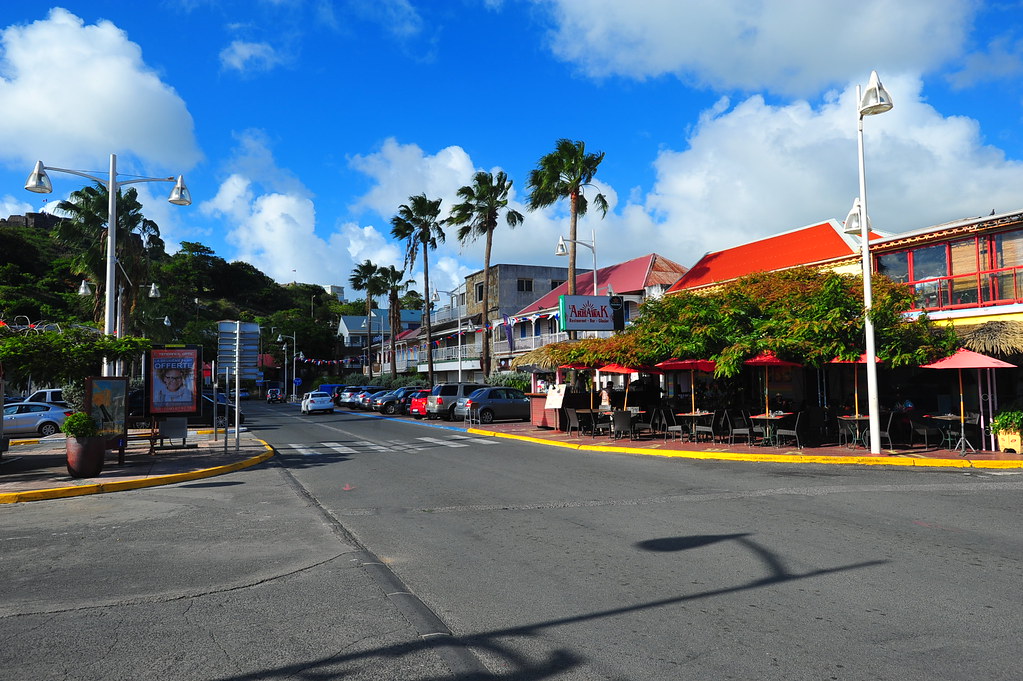 It was a nice 10 minute stroll along the marina here looking into Marigot Bay, while grabbing an espresso and croissant at local favorite pastry shop Sarafina’s. 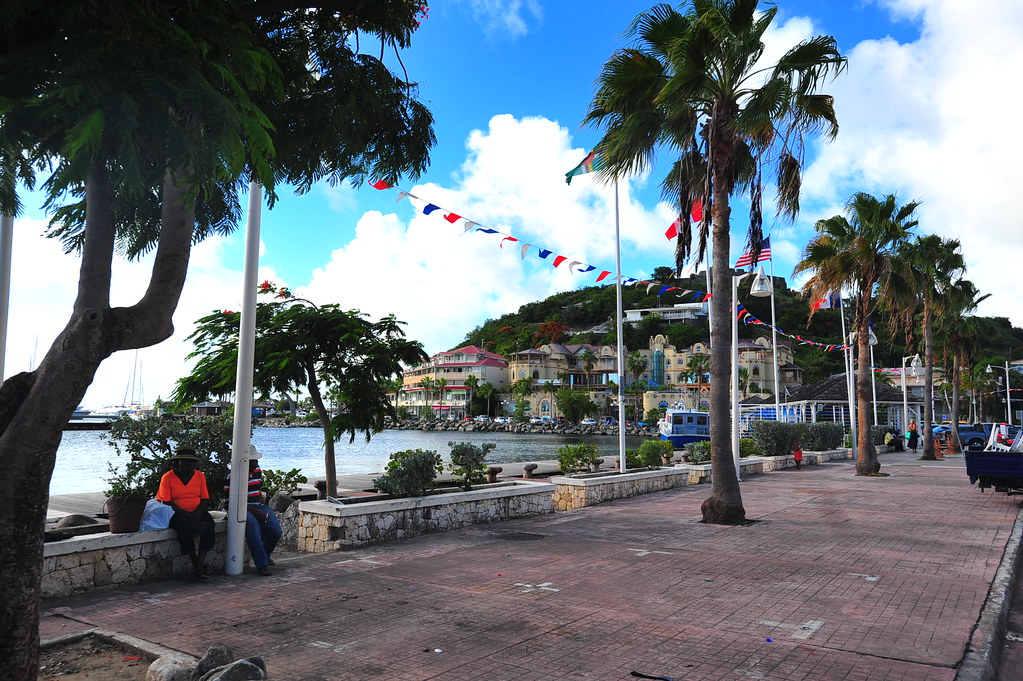 On the days that large cruises dock and spill out its 6000+ passengers into the island, the open air markets set up shop right here in Place du Marché. Luckily for me today was not one of those days. 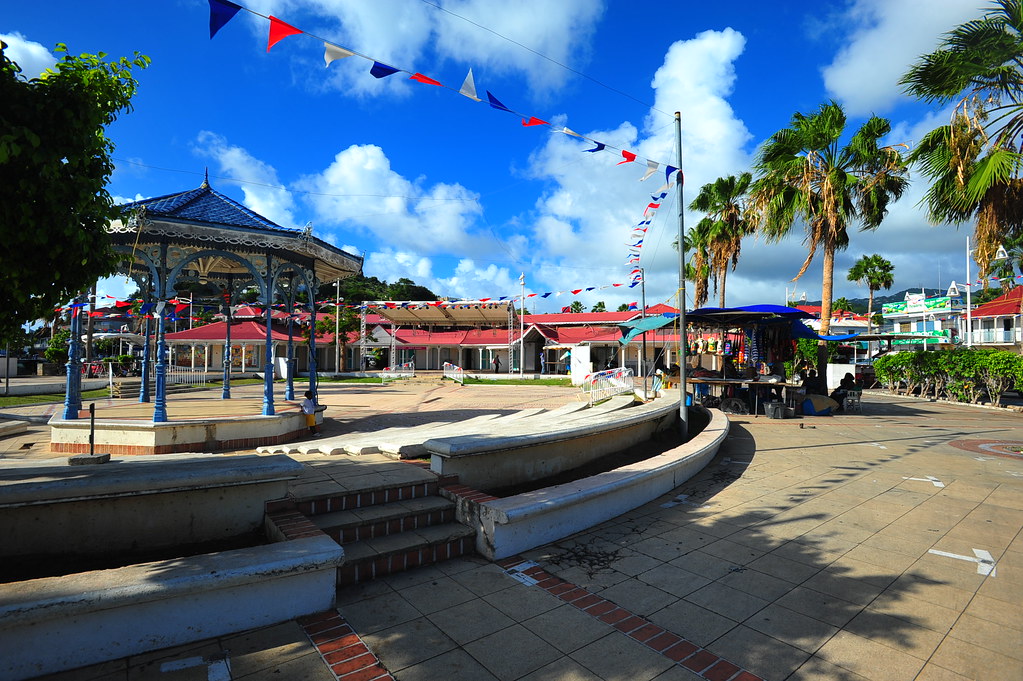 We then headed into Grand Case in the northern part of the island where I grabbed some awesome conch at Lolo’s/Cynthia’s Talk of the Town for a steep price of 16 euros (although they convert 1:1 to USD making it $16 USD. Nice!) 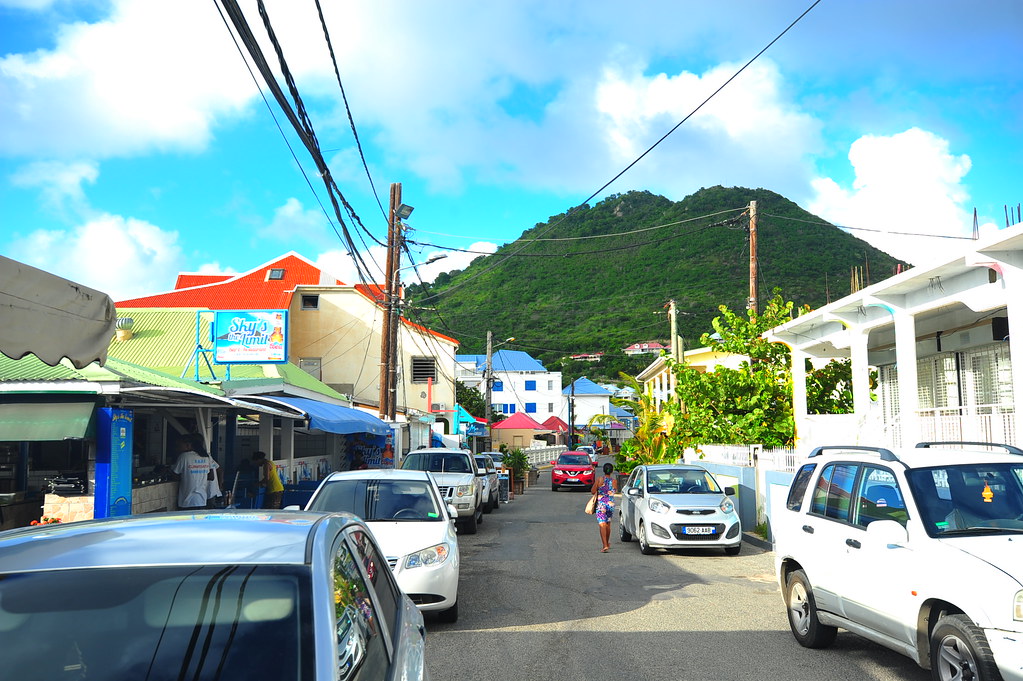 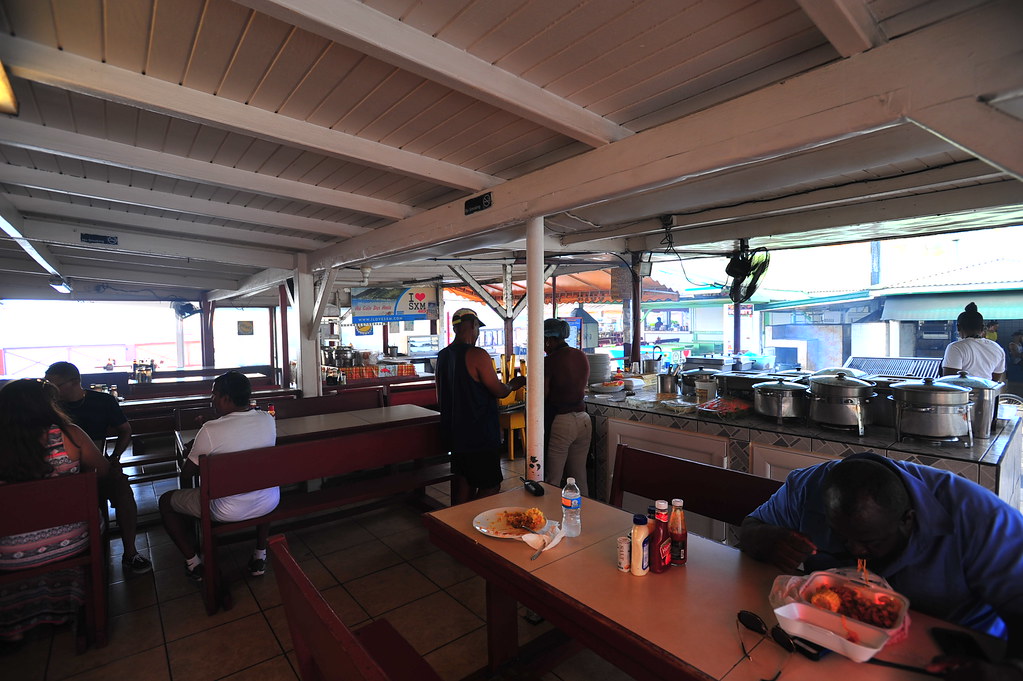 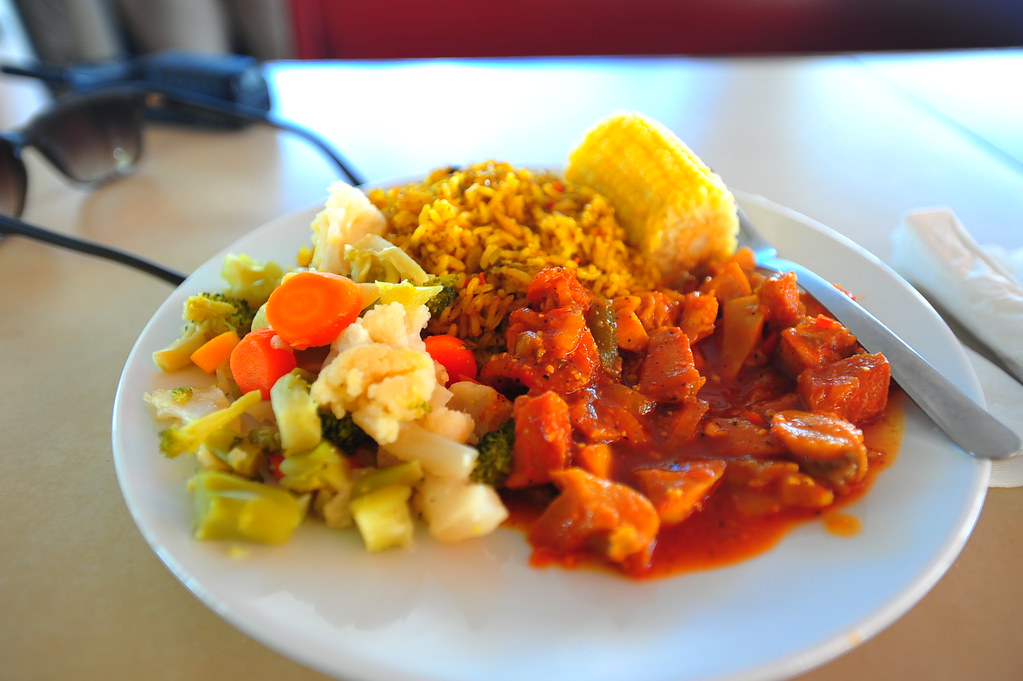 Then we drove out to Orient Bay, where further to the east of here are their famous nude beaches (That is so French) and resorts. 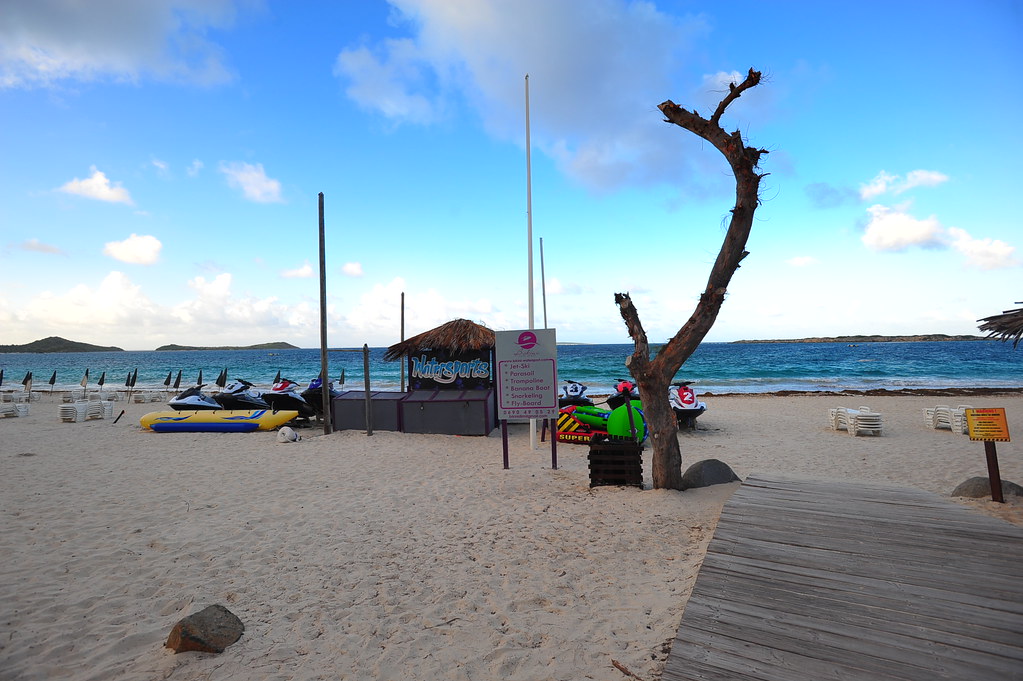 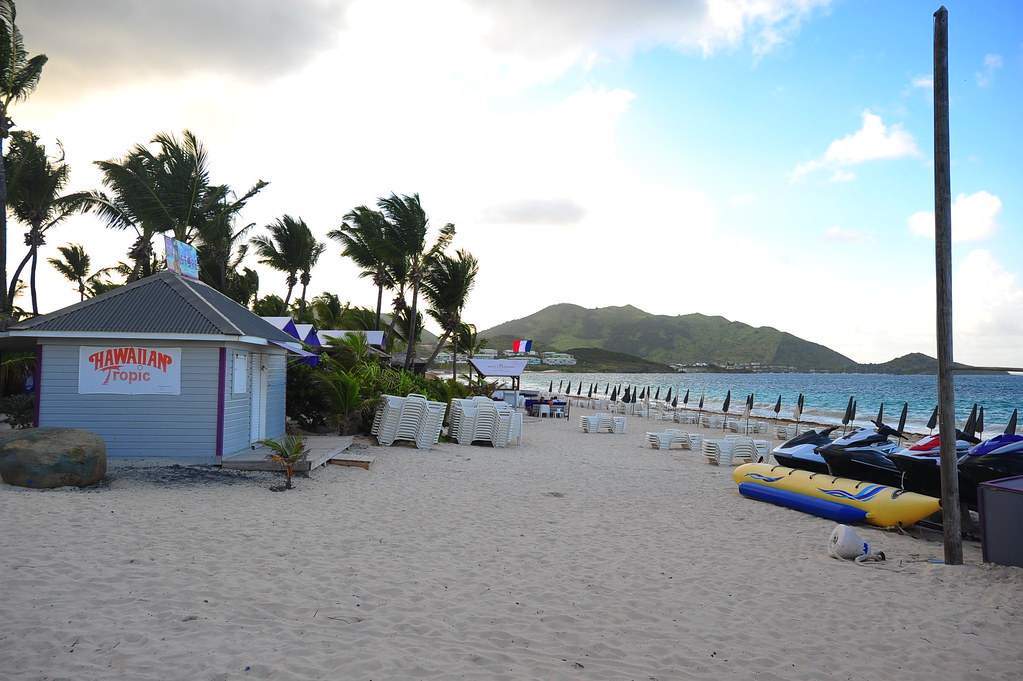 Then we headed back south past the Dutch/French border. 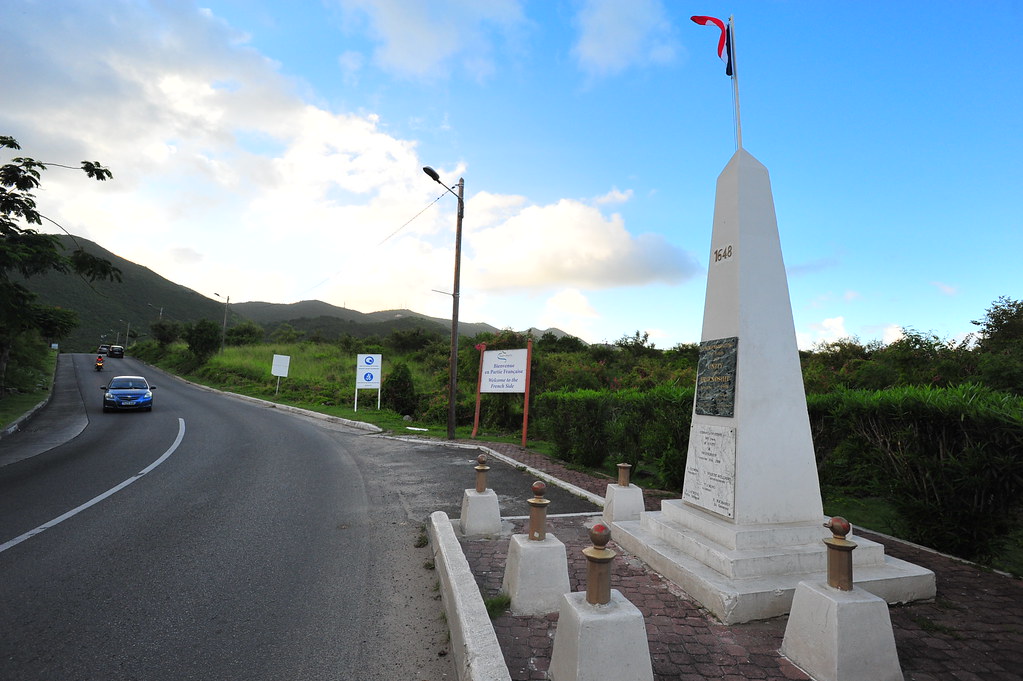 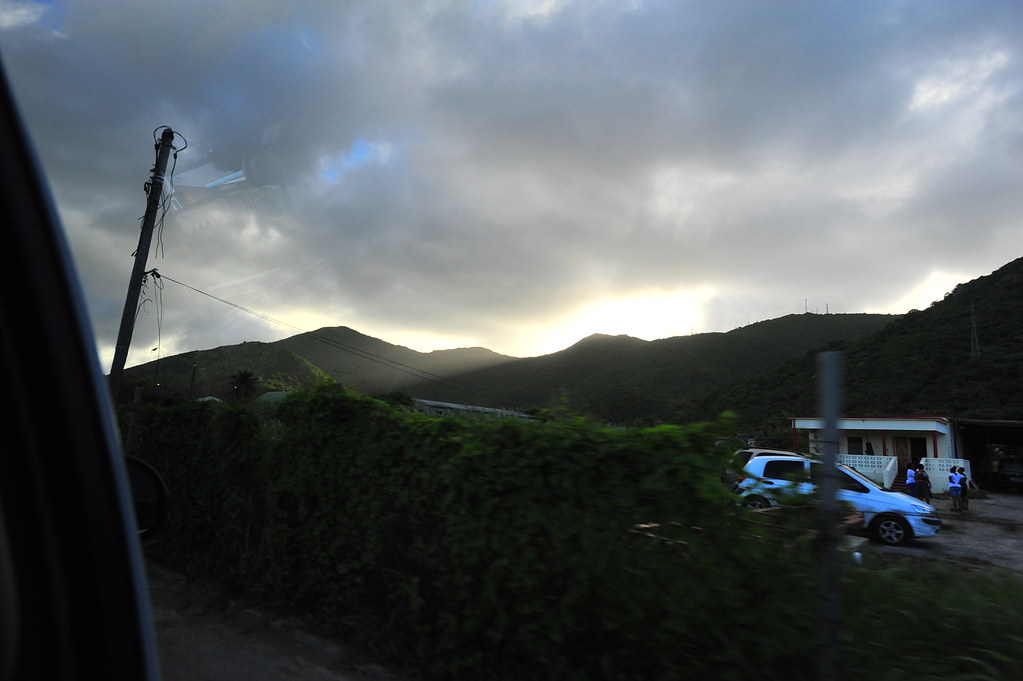 Then at around 8pm and saying goodbye to Sisko, I checked into my seaside room at Horizon View. 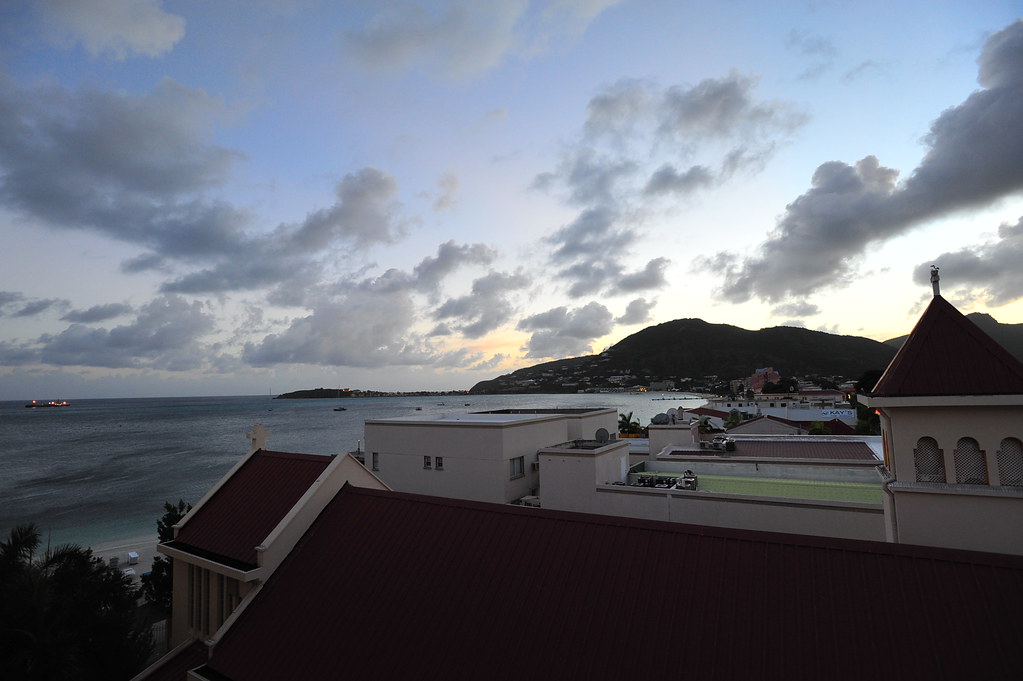 Make sure you eat enough food by then as Philipsburg is literally dead at this time of night on a Monday. 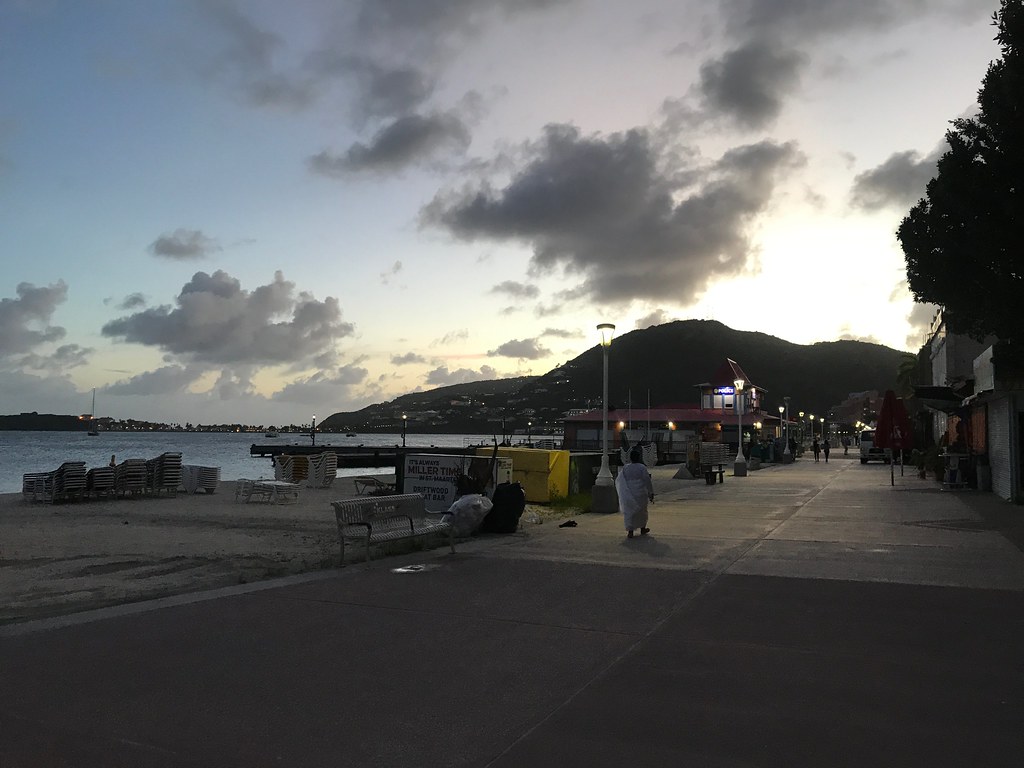