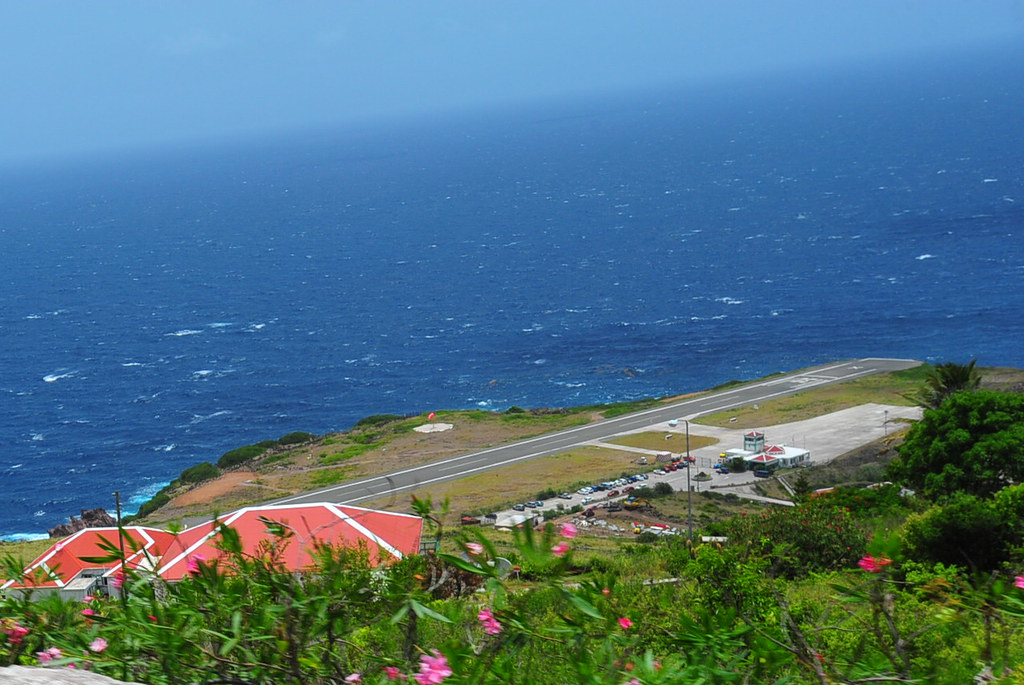 At 1300ft, this is the world's shortest commercial airport runway 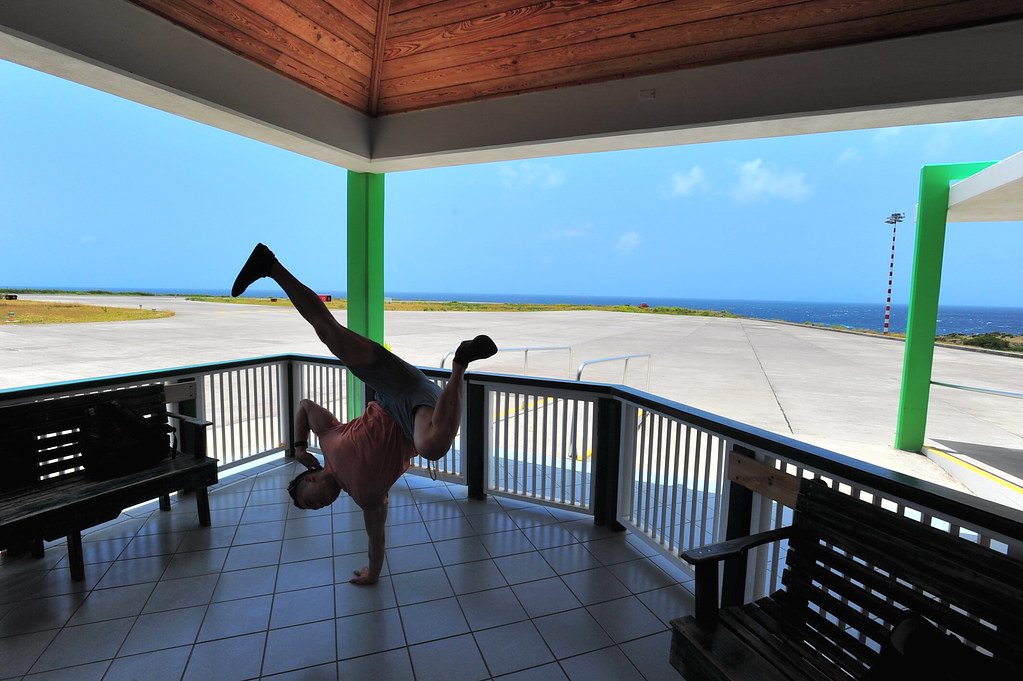 After a day trip to Saint Barthélemy yesterday, I turned in early last night to catch my 8:15am Winair flight to Saba this morning (which I booked altogether online with a roundtrip flight returning at 12:15pm for $177 USD total).

Although waking up at around 6:30am was bit of an overkill (could’ve slept in as late as 7:15am and still would’ve made it), I used my Priority Pass to hang out at SXM Airport’s only Executive Lounge for half an hour. 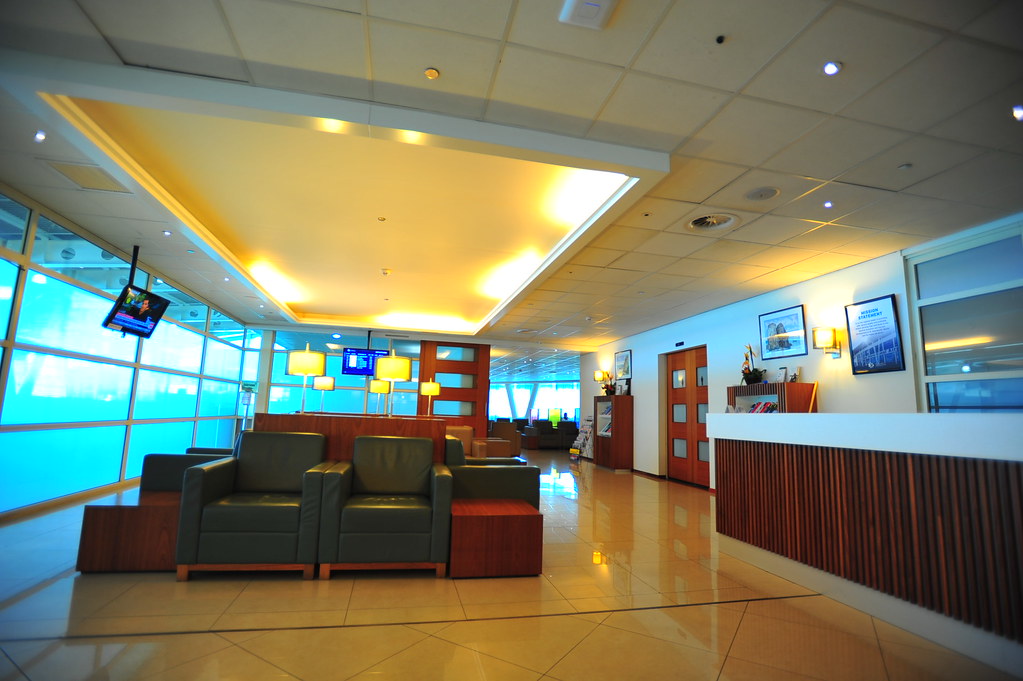 They had good coffee and I had the whole place to myself. Can’t complain.

At around 7:55am, they announced for boarding, so I made the 5 minute walk over from the lounge to my gate where they corralled us downstairs to a corner. 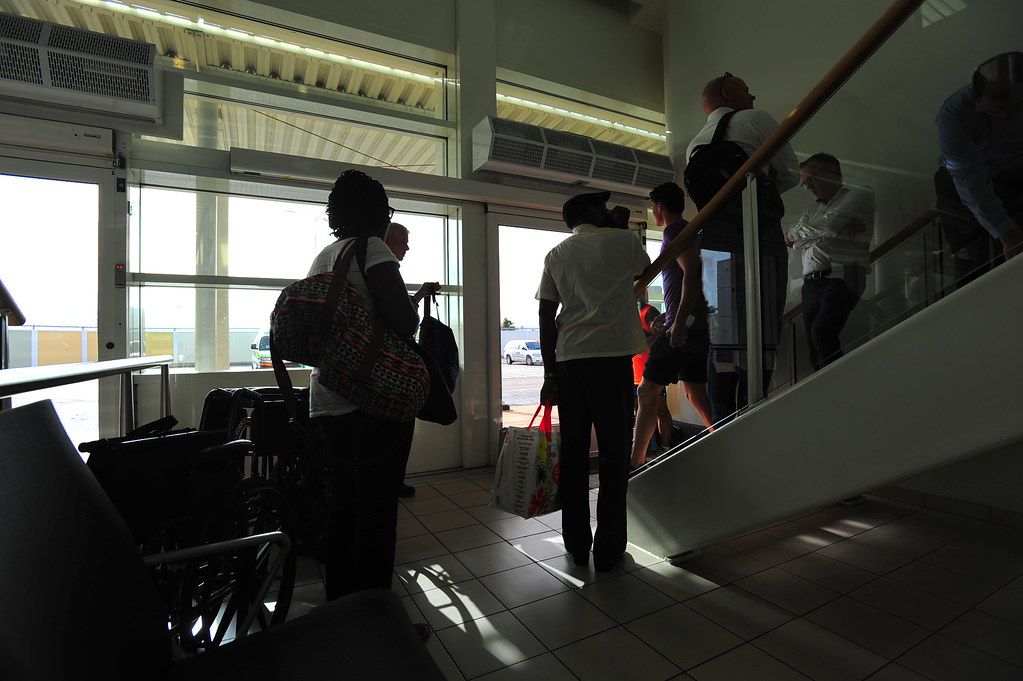 Then the 10 of us boarded a bus outside… 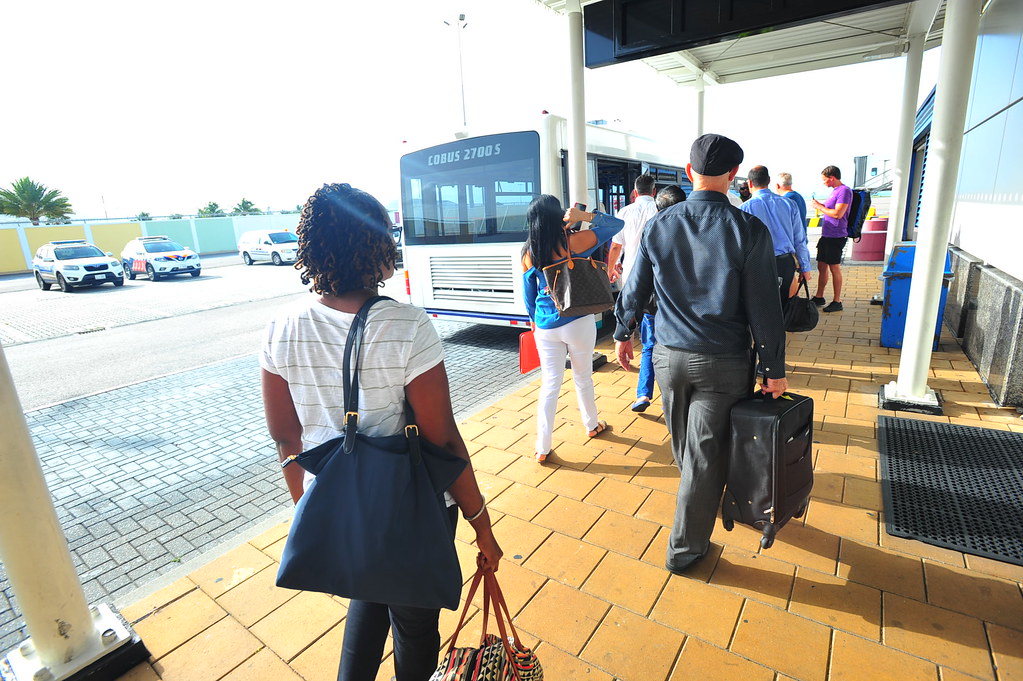 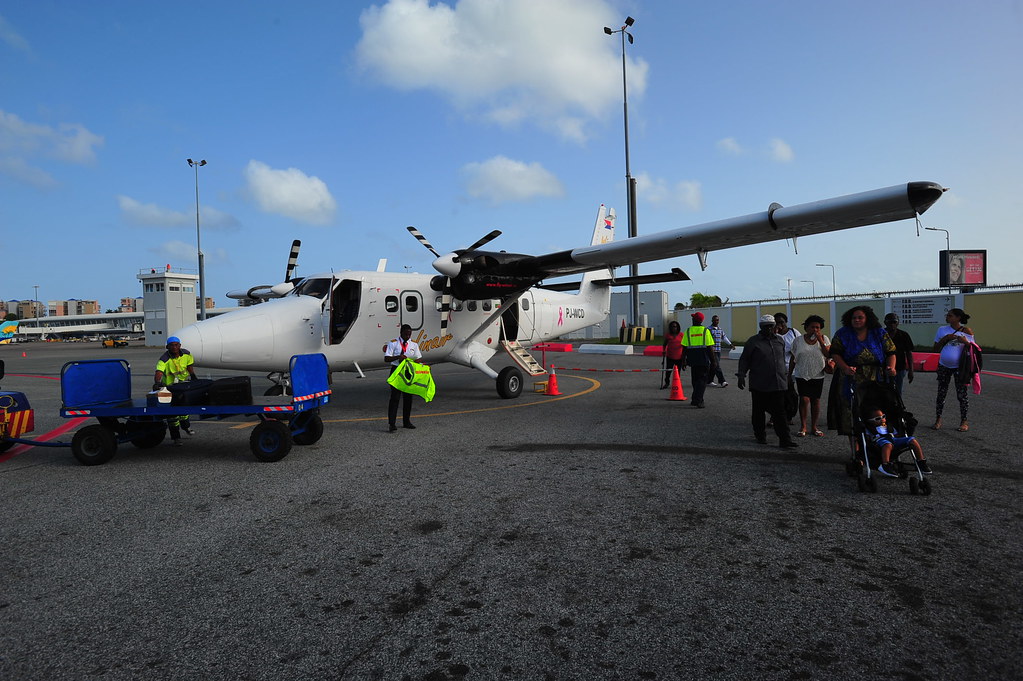 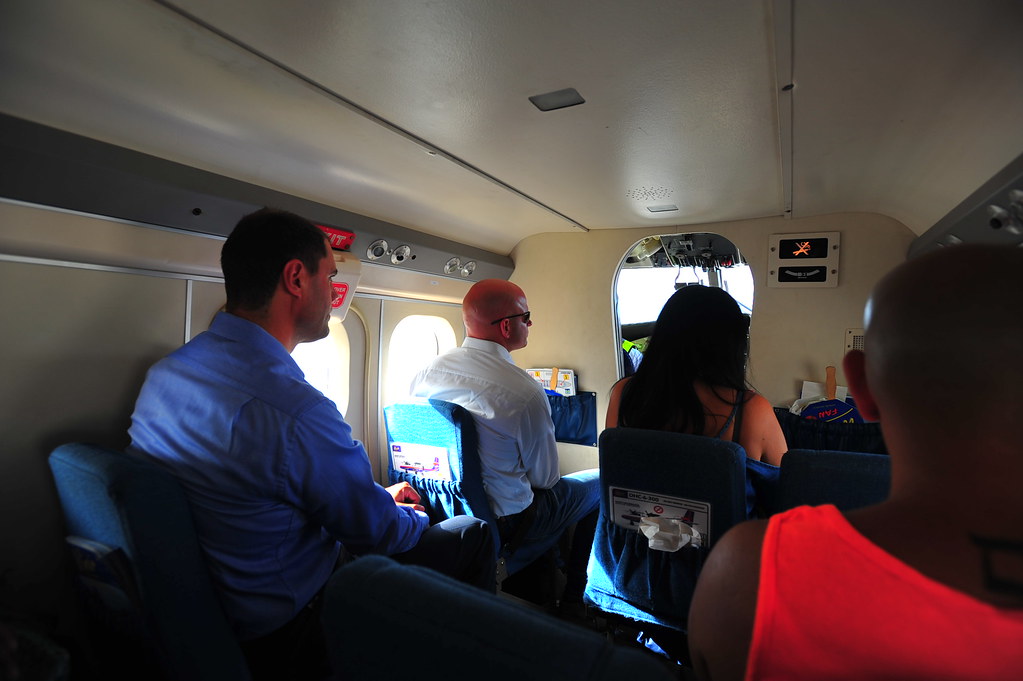 …before quickly taking off literally within 5 minutes of boarding. And the whole flight from SXM airport to Saba takes about 15 minutes! 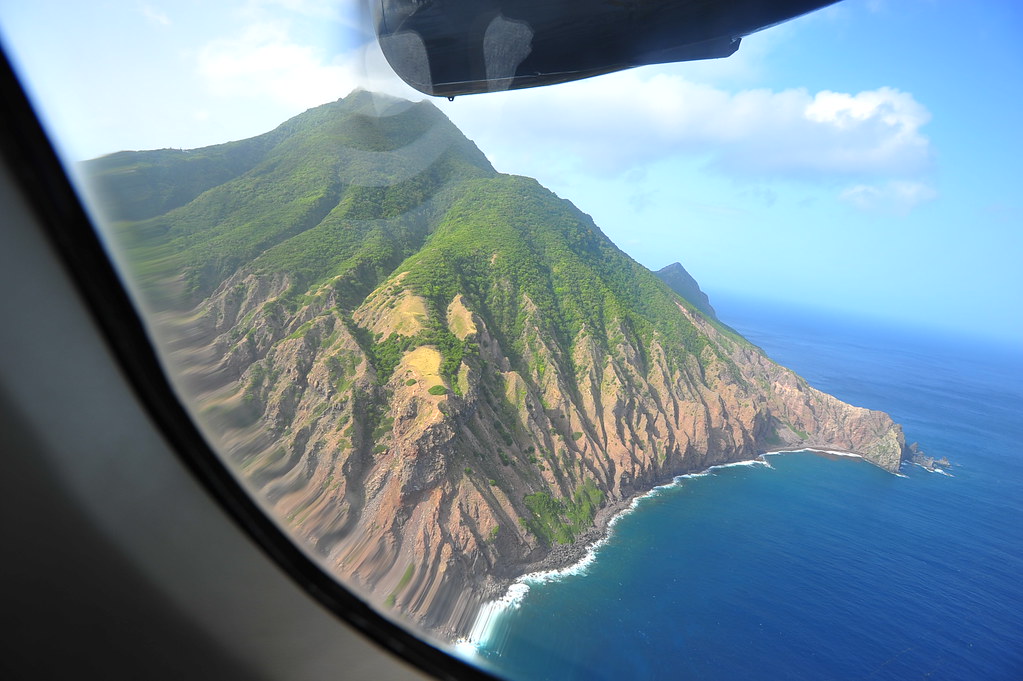 What makes Saba, aka “The Unspoiled Queen” of the Caribbean, famous is that it boasts the world’s shortest airport runway landing for commercial flights (1300 ft). It is also known as one of the most dangerous (and scariest!) for commercial air pilots and they have to be specially trained in order to be able to land here.

Here was my experience:

And a video from a 3rd person point of view:

Either way, I went on this anyway, while full well knowing that there has been no major tragedy as of yet with the landings here (knock on wood). 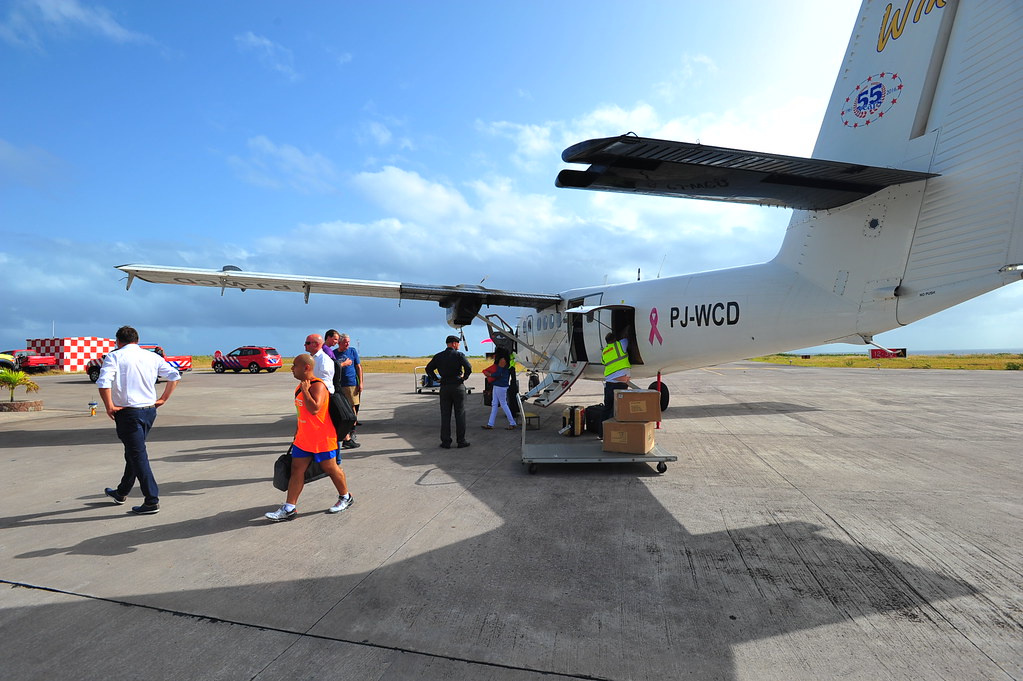 Once you disembark, you can literally walk up to what probably is also the world’s tiniest airport: The Juancho E. Yrausquin Airport is just a big room. Nevertheless, they still have to stamp your passport in (so don’t forget it at home!). 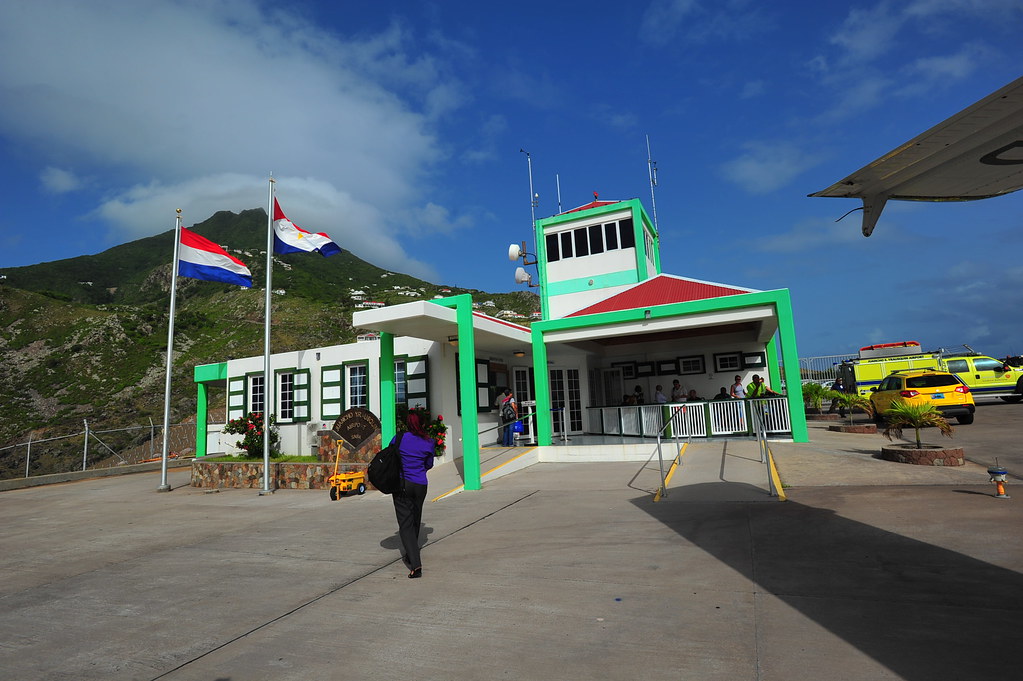 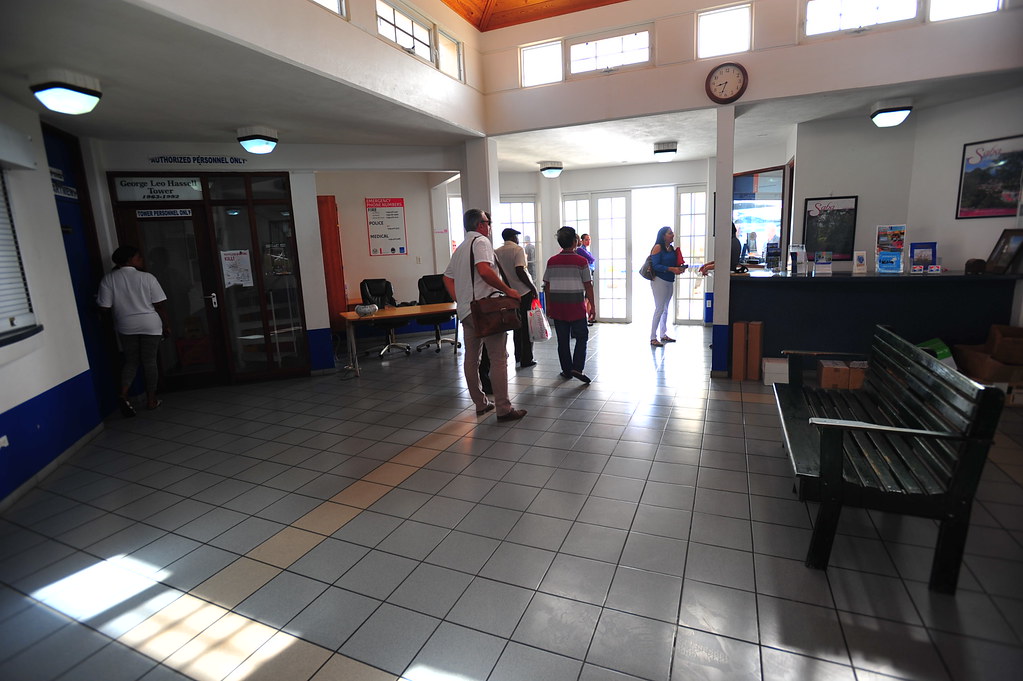 Leaving the airport I hired one of the cab drivers waiting outside, a guy named Willem, who offered to show me around the island for an hour for $50 USD. And off we went with the airport behind us. 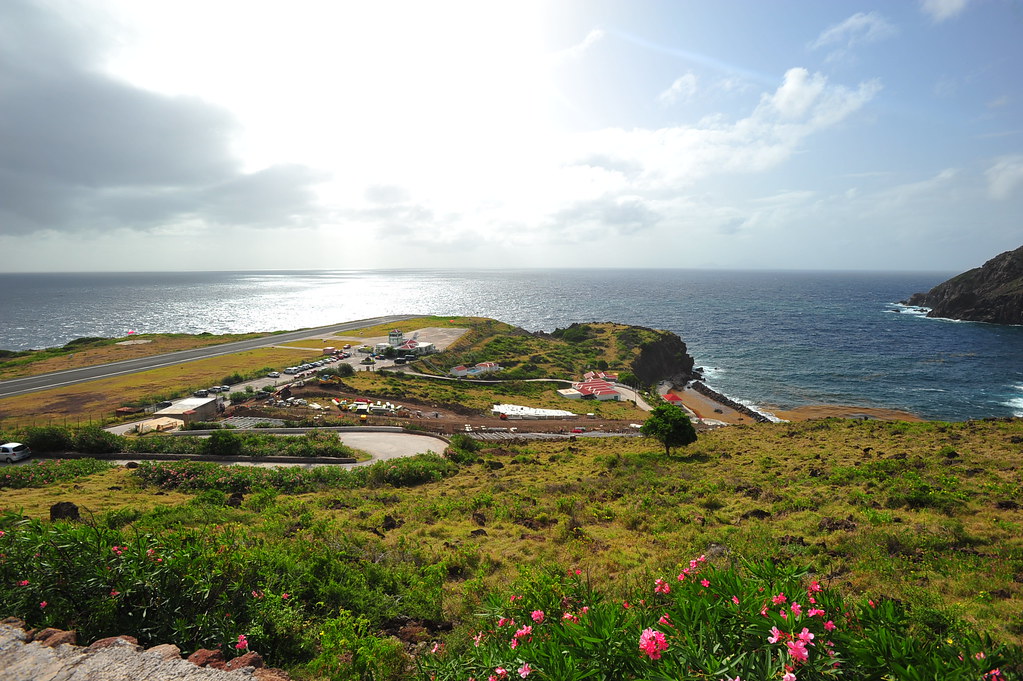 At only 5 square miles with a population of 1,900 people, the island is mainly served by a single main road, known as “The Road“, which construction in 1958 marked a massive feat in achieving what had thought to have been impossible.

But as long as you stay on it (and on the right side!), you’ll get to see the entire island within an hour. 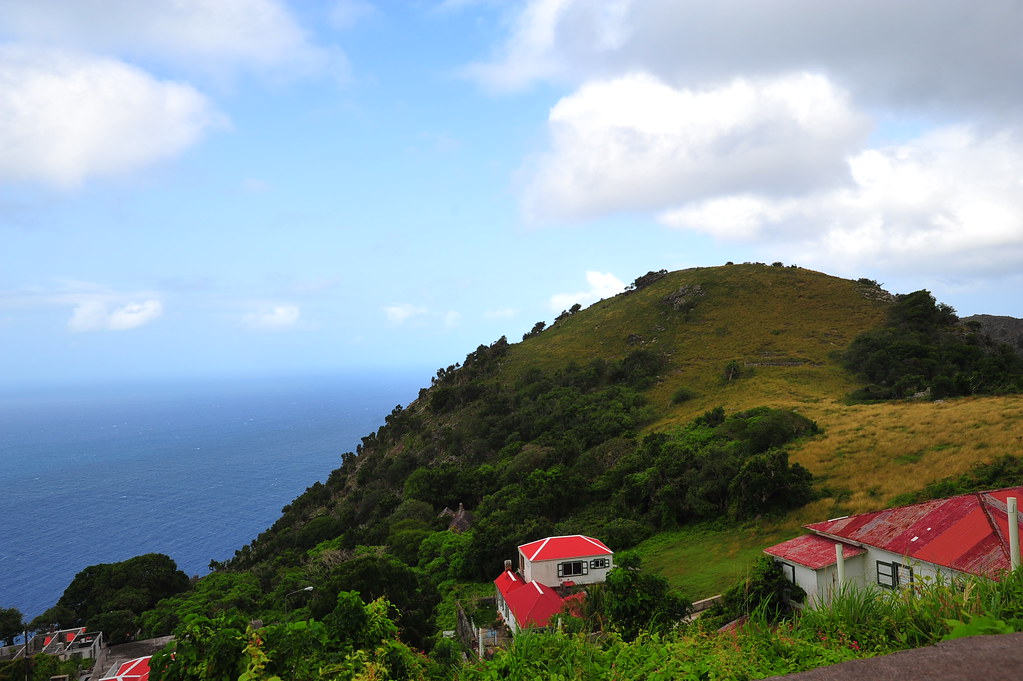 The capital of Saba is called The Bottom, named for literally being on the bottom of the island. It houses the Saba University School of Medicine, hosting mostly med students from the USA. 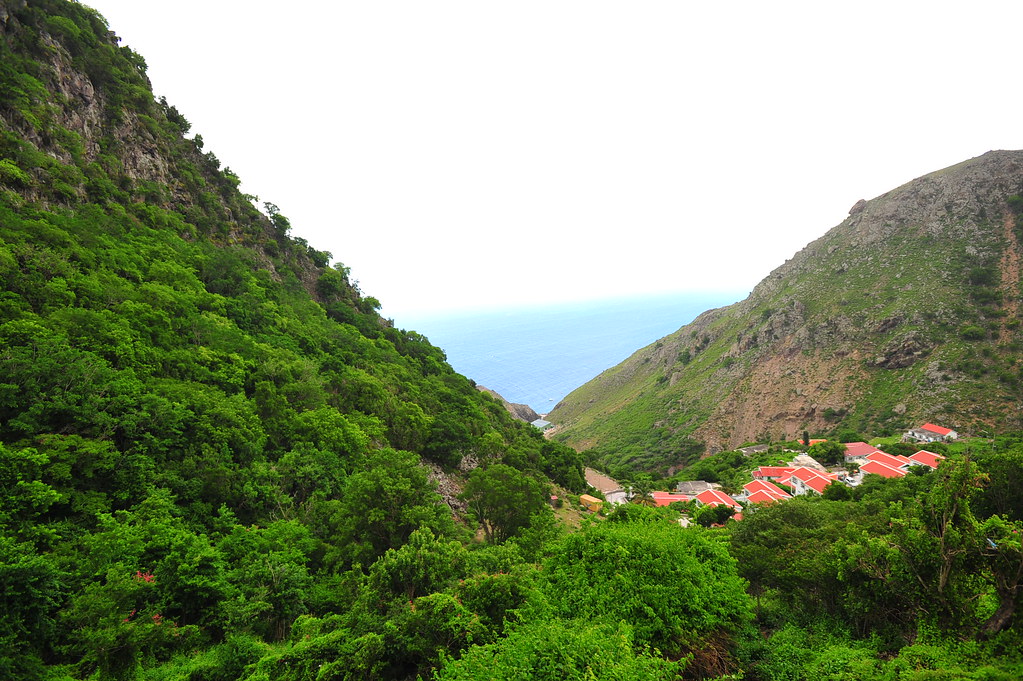 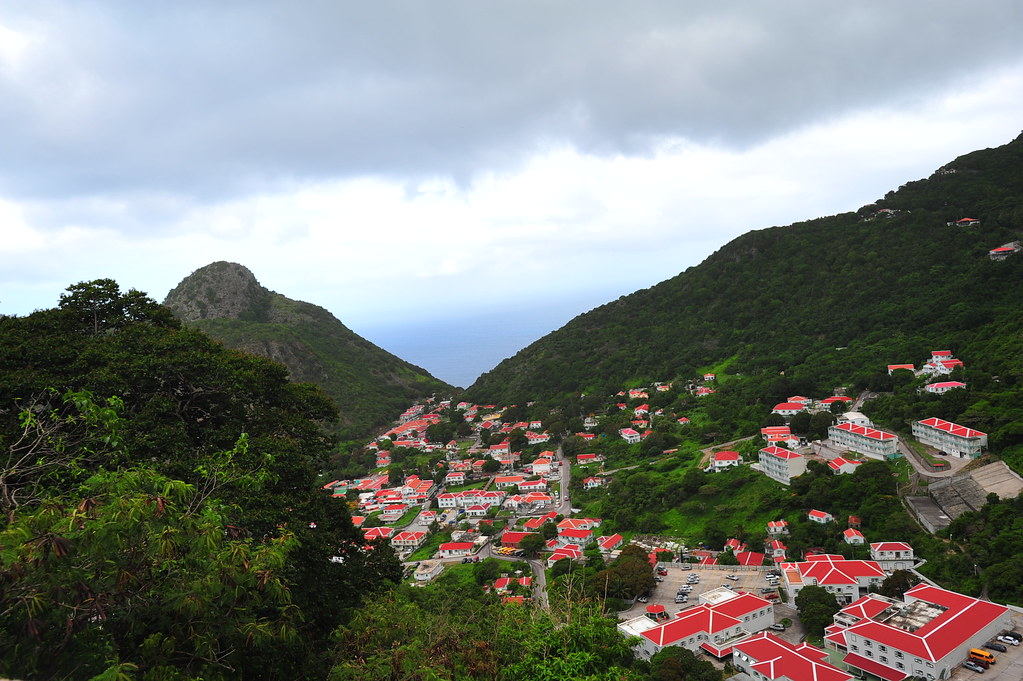 Driving through The Bottom itself, however, made me feel like I was in a pretty quiet part of town, in all of town. I was also bummed out there weren’t any medical students hanging around; I was a little curious what it would’ve been like if I went to med school here instead of in NYC. 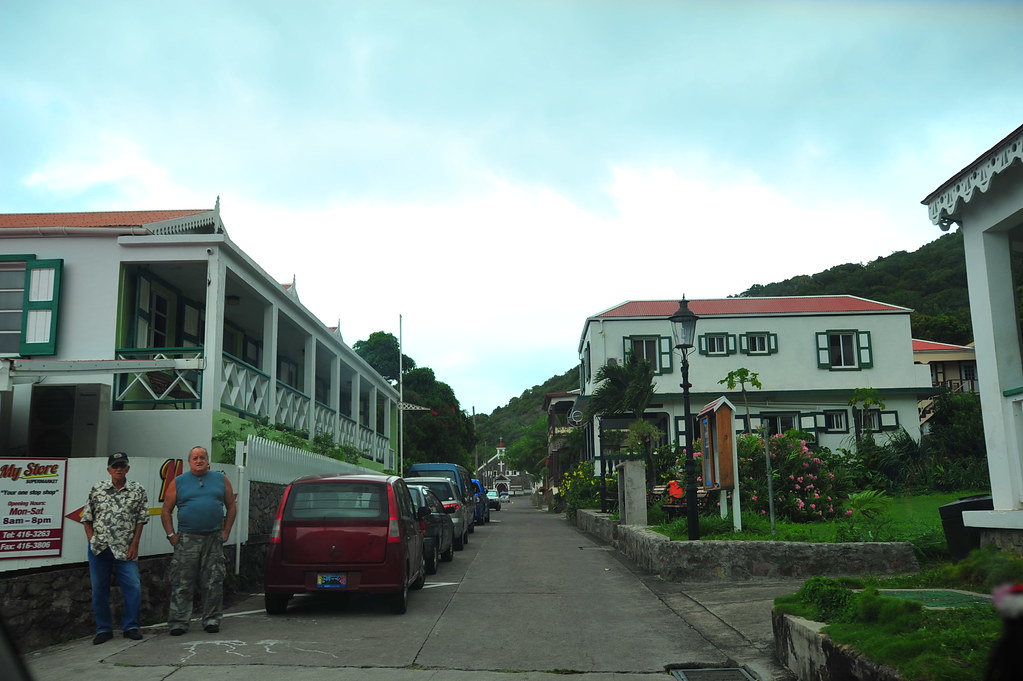 Afterwards we headed back out and past the ferry port… 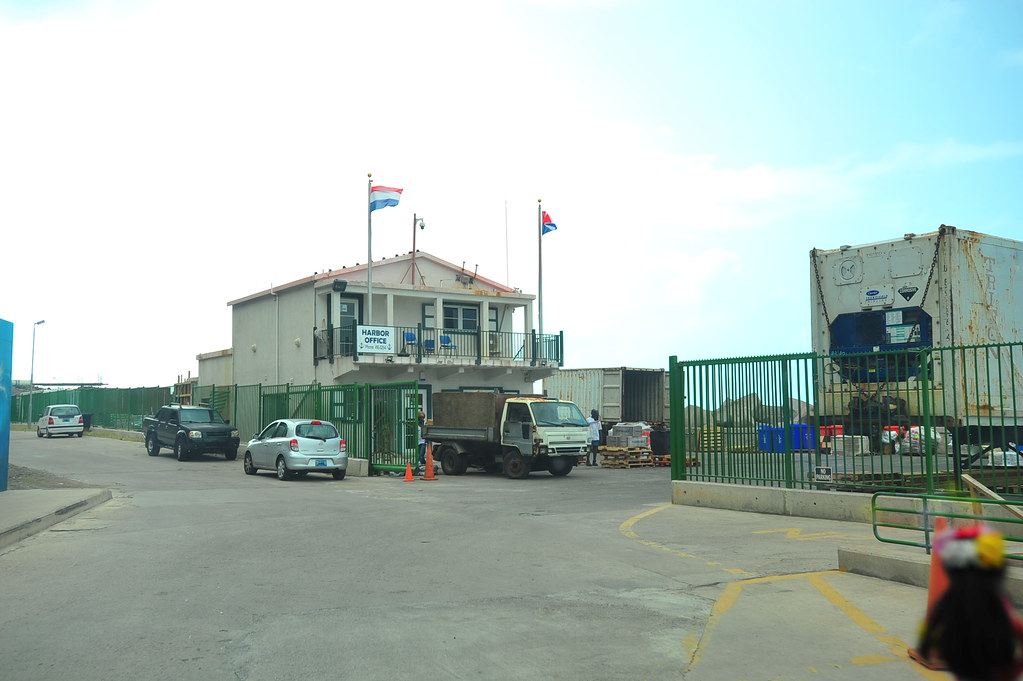 …before stopping back midway up past The Bottom, where Willem left me so I could park myself at the Bizzy Bee for brunch. 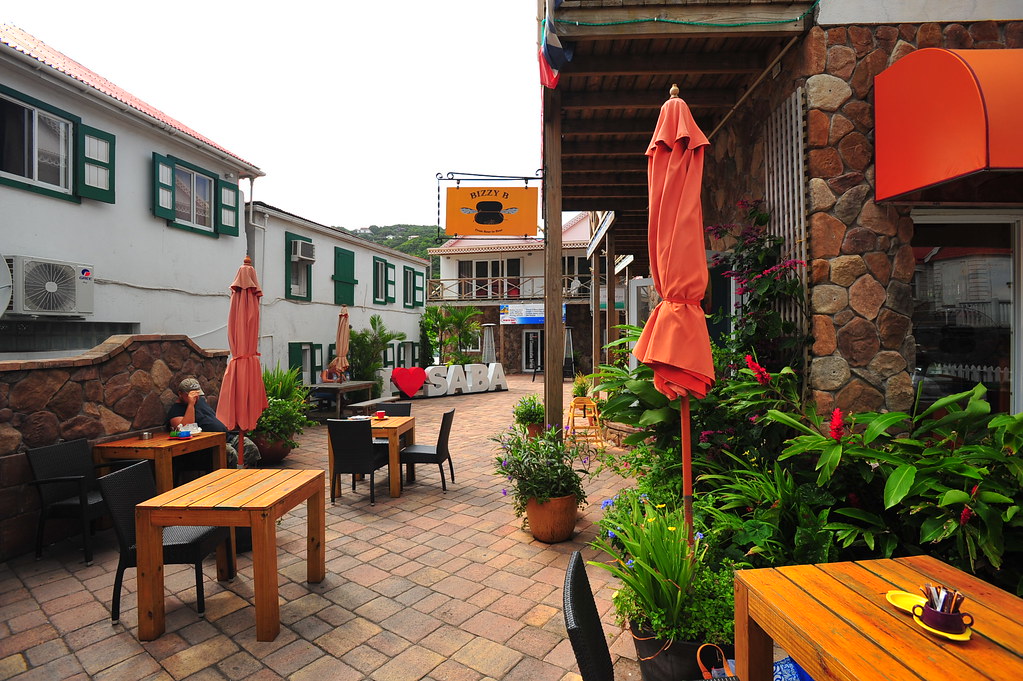 It was at this point I realized I forgot to pack an iPhone cable to charge my phone (all the juice had been used up taking video), which never ever happens.

But nevertheless I shrugged this off as a positive thing, shirking off my original plan to study at The Bizzy Bee until my return flight, and instead take a walk around town looking for a cheap replacement cable. 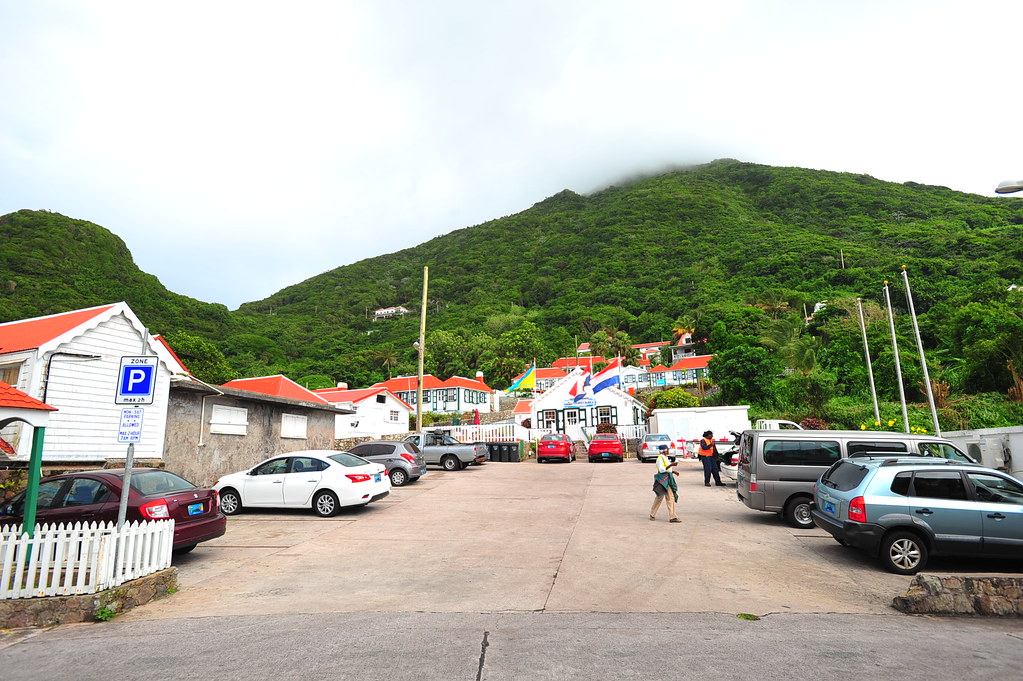 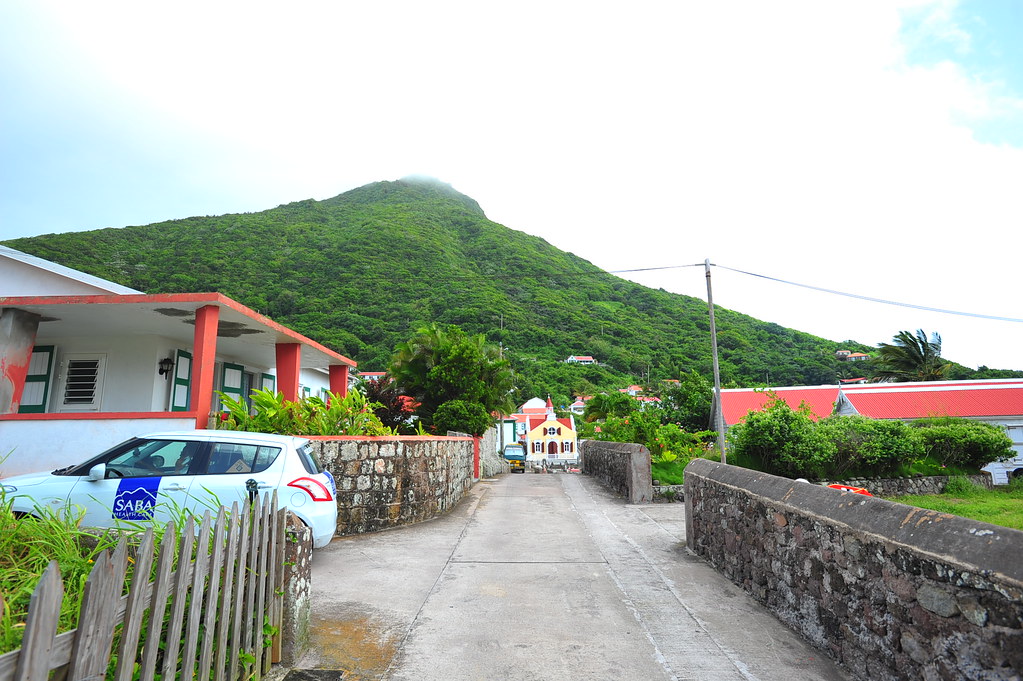 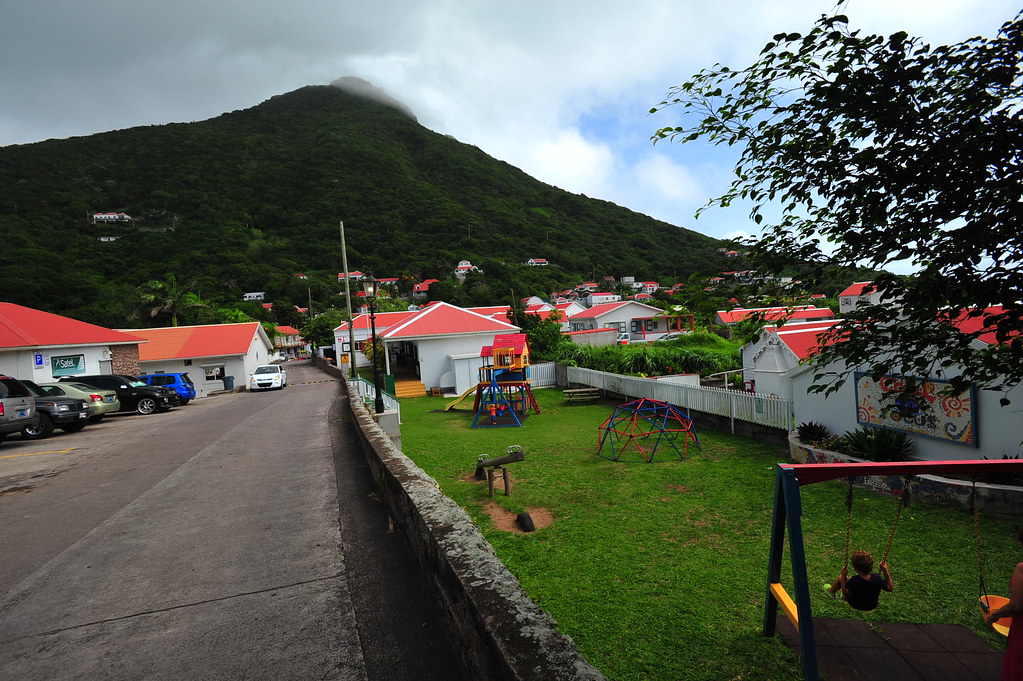 Eventually I found a cheap $4.00 replacement at the local grocery store, which then led me to find a nice bar around the corner called Scout’s Place that had wifi and a view. So plugging in my phone over a cup of coffee, I ended up getting in some great board studying in here for the next hour and a half.

This is way better than what it was like in med school! 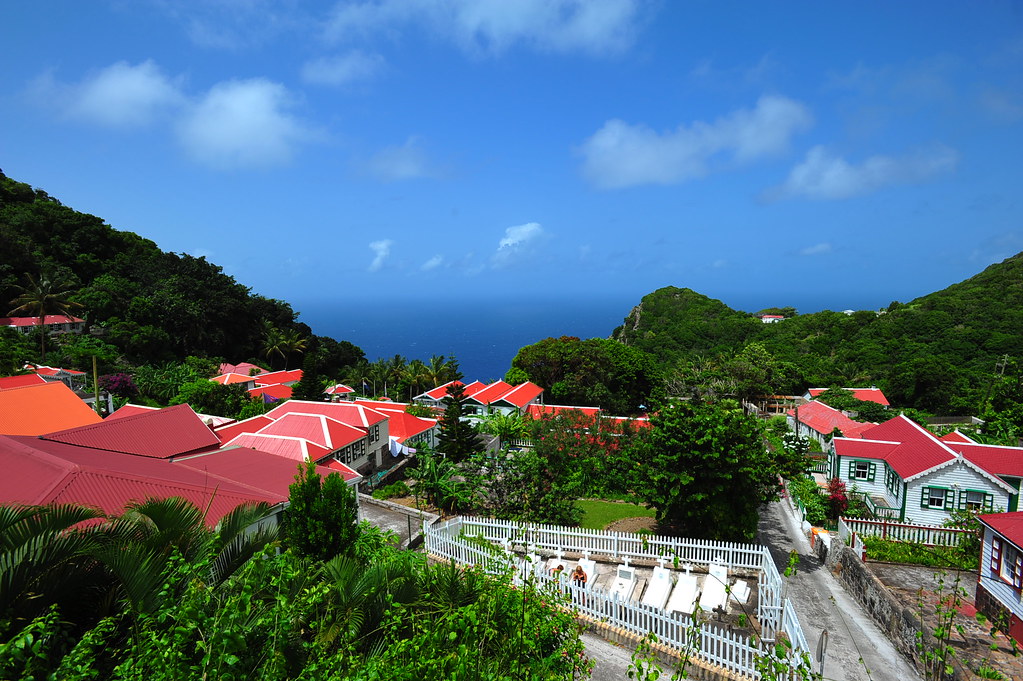 At around 11:30am, I packed up and headed back out to the parking lot by the Bizzy Bee where Willem returned for me to drop me off back at the airport for my 12:15pm flight back to St. Maarten.

FYI, prior to leaving Saba, they’ll make you pay a $30 USD departure tax in cash! 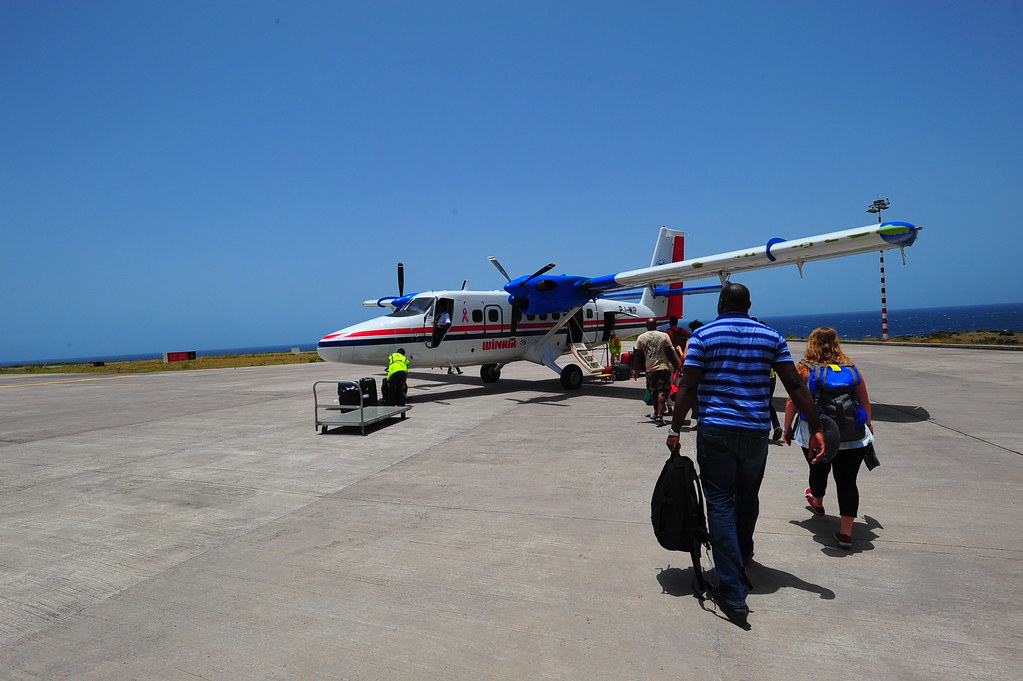 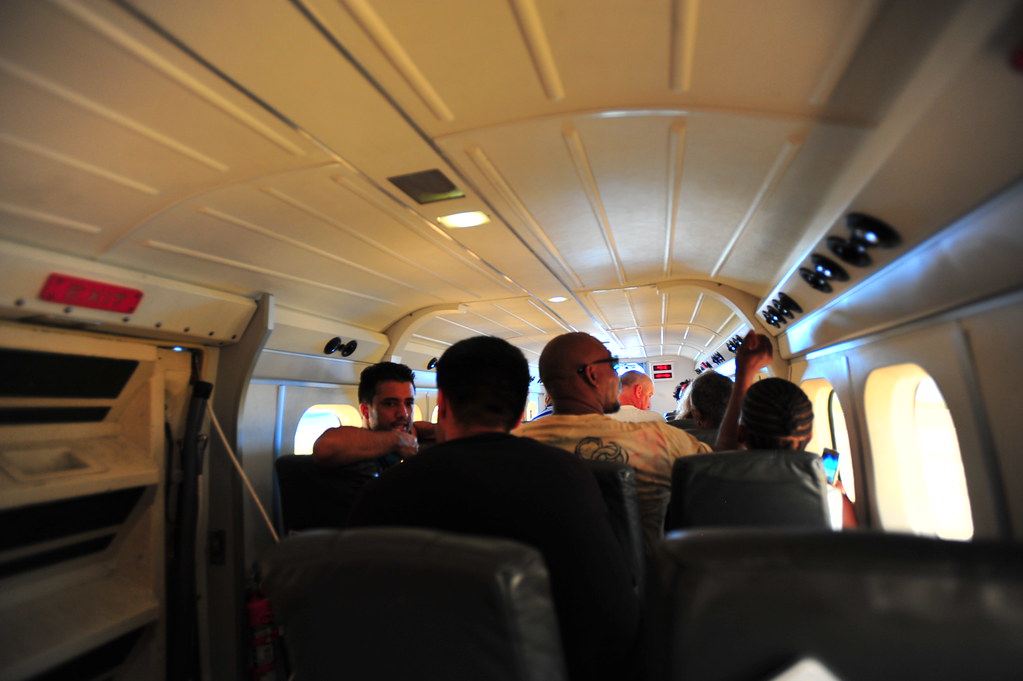 This is what it’s like to take off from the world’s shortest commercial airport runway:

We landed in SXM airport 15 minutes later, with Maho Beach right below us: 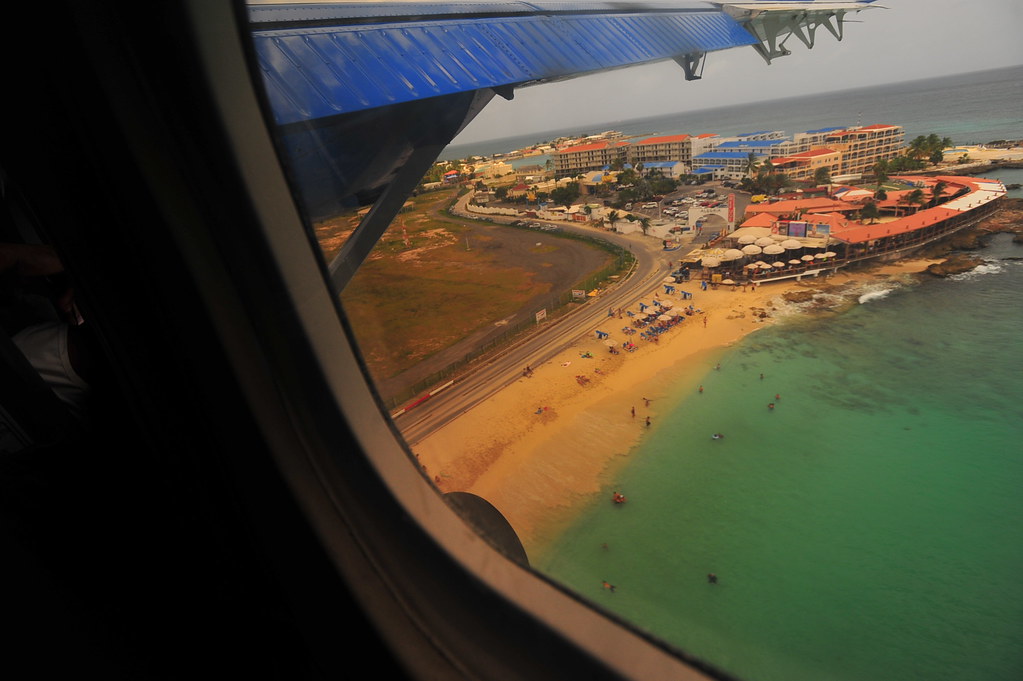 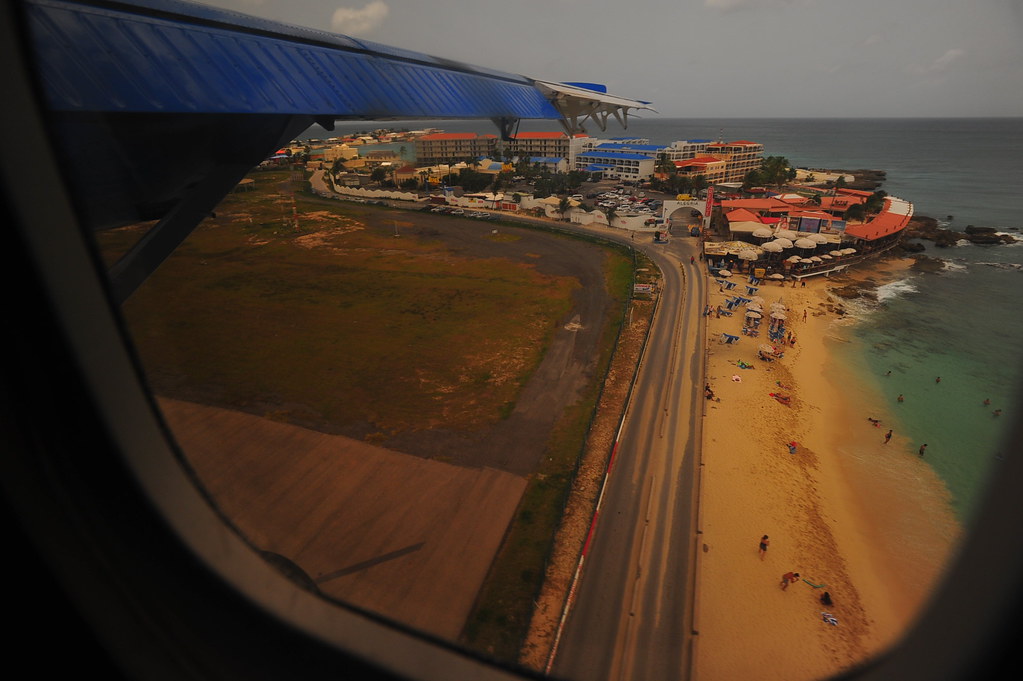 And it was at this point where I overheard some talk about medical school: There were Saba University School of Medicine students on my flight! 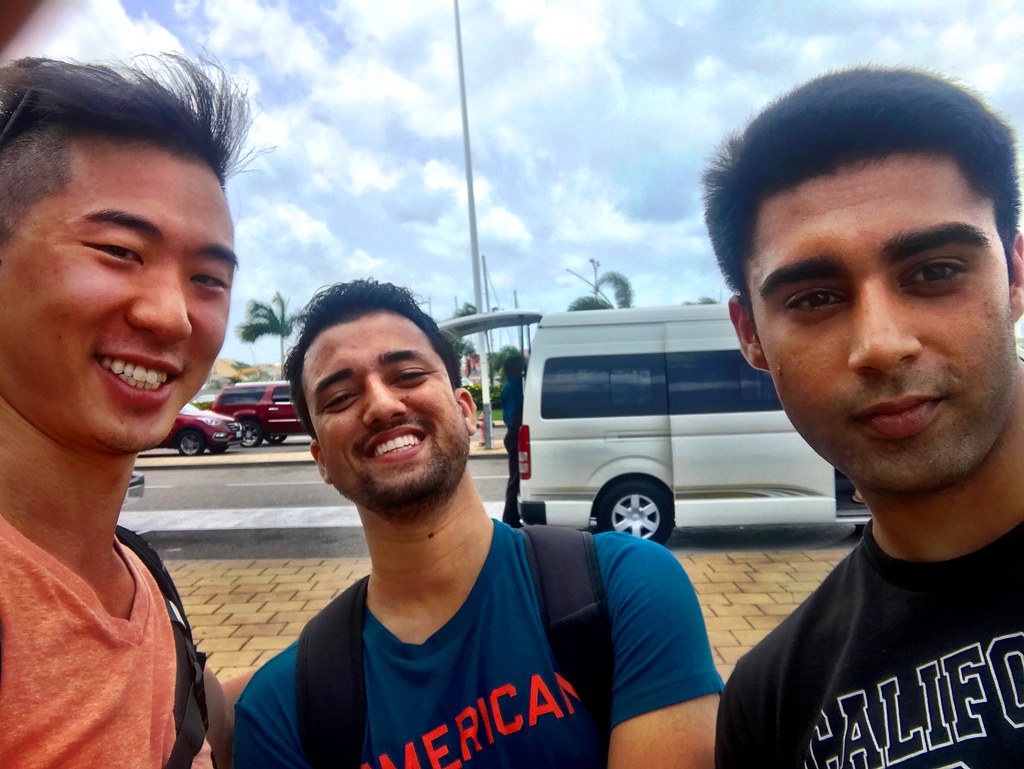 I ended up speaking with 1st year med students Manish and Gil for the rest of our way from disembarking to arrivals, eventually exchanging contact info to catch up again. Keep in touch!