by Calvin Sun | Jul 20, 2017 | Anguilla, Blitzkrieg!!!, Epiphanies on the Road, How Did You Do That?, Introspection, July 2017: Saint Martin's & Surrounding Islands, Let me tell you a Story..., Post-travel Reflections, Serendipitous!, Uncategorized Stories, Walking Tours, Way Way Off the Beaten Path | 0 comments 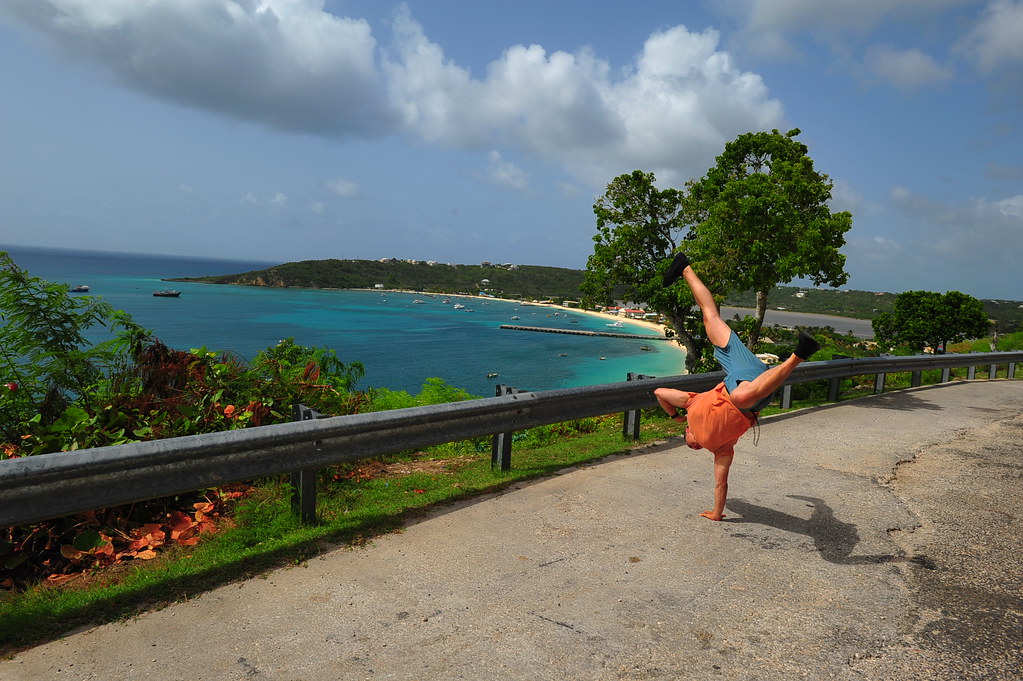 Ever have the most random parts of your distant past come up when you least expect it? Or when a feeling of déjà vu actually becomes verified by a very real memory? This just happened in Anguilla.

So after a whirlwind morning in Saba (which already feels like yesterday, but that was actually Saint Barthélemy)  that began with an 8:15am Winair flight, I begin this post — same day as the last one — at 12:15pm.

Right after I parted ways with Manish and Gil, with whom I just flown back from Saba, I stamped into Saint Martin’s at customs, walked out of arrivals and approached a “Funtime” Representative waiting outside, telling her I had booked a ferry to Anguilla on St. Martin Bookings.

The roundtrip ferry to/from Anguilla, which cost me $80 total, would have me depart on a 1:45pm ferry from SXM/St. Martin’s to arrive at Anguilla at 2:10pm. I would then return 2 hours later on a 4pm ferry from Anguilla (arriving back at SXM/St. Martin’s at 4:30pm). Therefore, to see both Saba and Anguilla from Sint Maarten or Saint Martin in a single day is totally and easily doable no matter what anyone else is telling you!

She checked her list and then promptly directed me to a driver who took me to his car and drove me 3 minutes away to the local Ferry dock.

FYI before I go on, you should book these tickets at least 24 hours in advance if you want to pull off this itinerary, And Calypso is the other ferry charter company you can choose for more flexibility (but was also $10 extra). 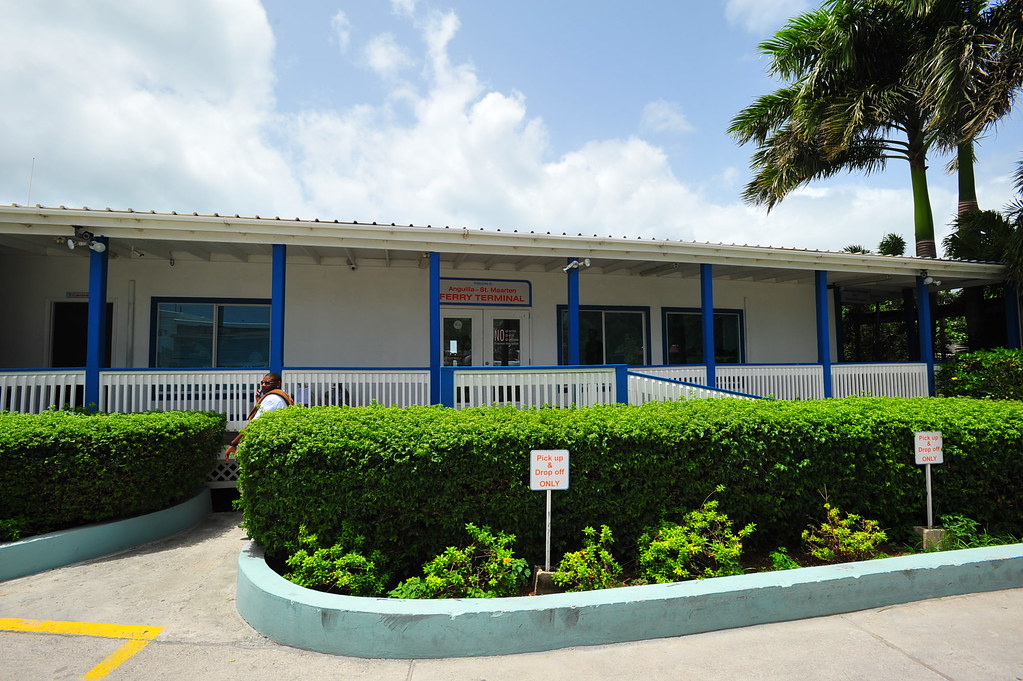 When I arrived at the office, they checked me in and stamped my passport out of Saint Martin’s. 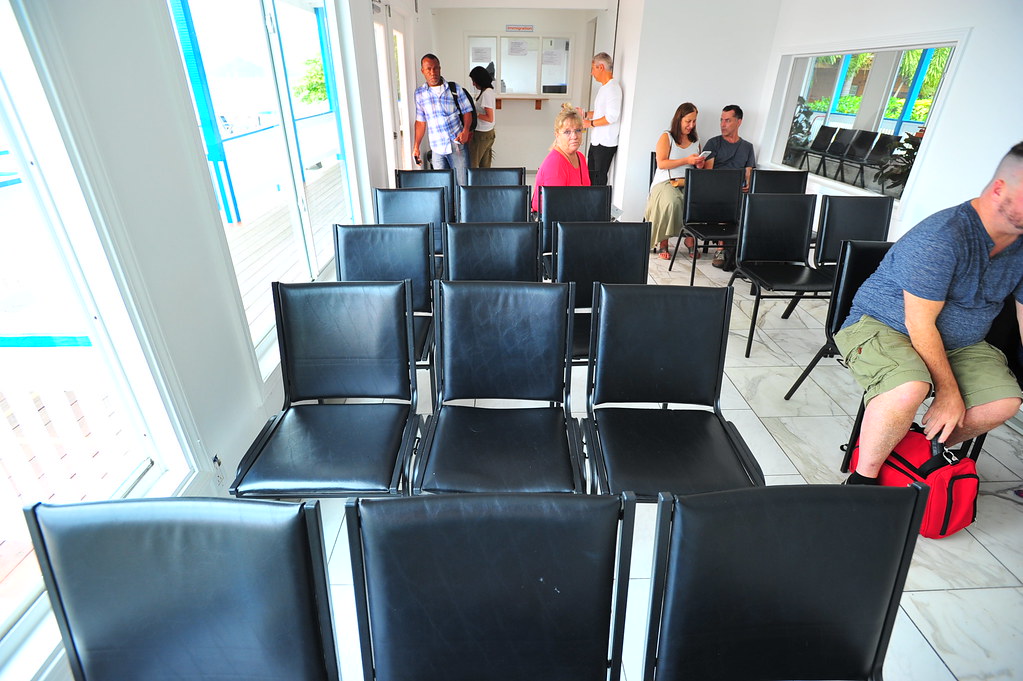 At around 1:40pm they began to shuffle us out of the waiting room towards our boat. 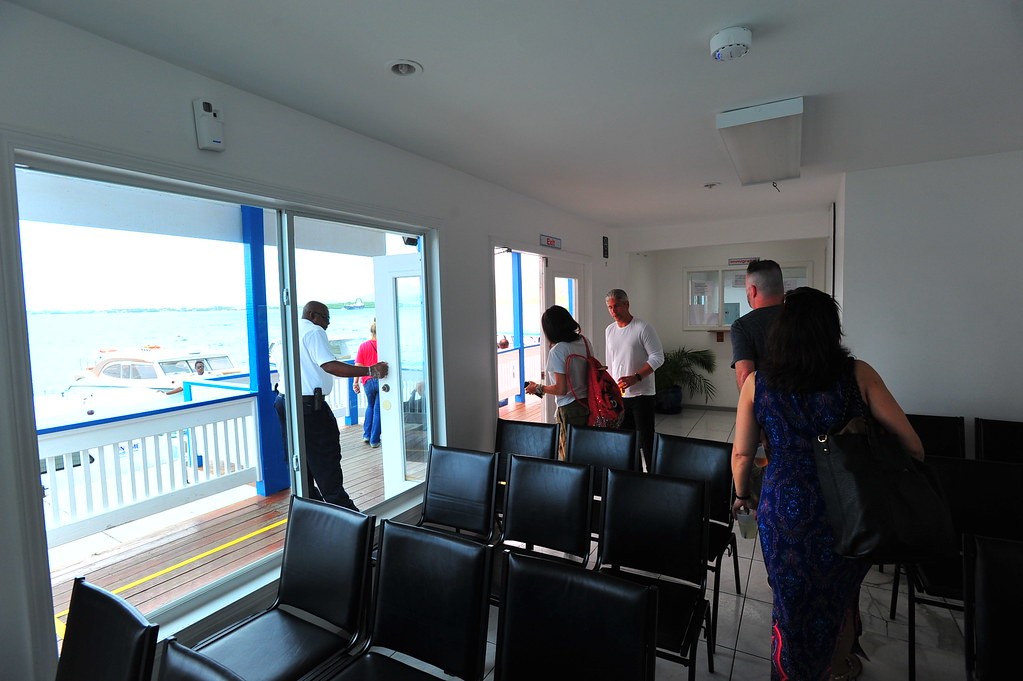 The boat was way way smaller than the one I rode back and forth yesterday to Saint Barthélemy! 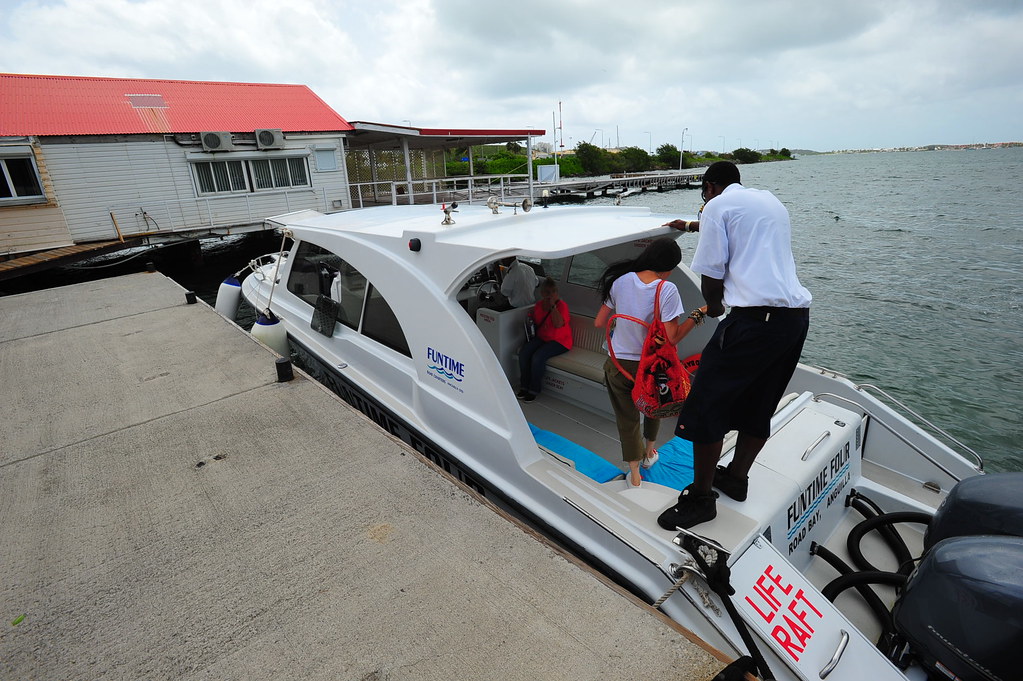 But unlike yesterday’s rockily rough ride to and from Saint Barthélemy, the ride to Anguilla from Saint Martin is much smoother. 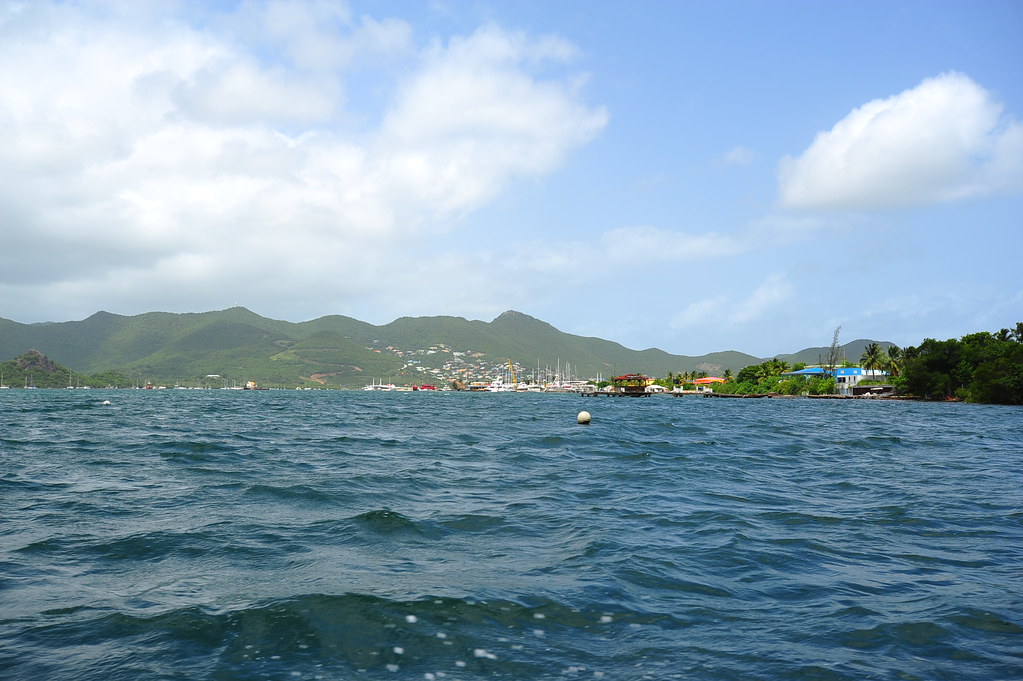 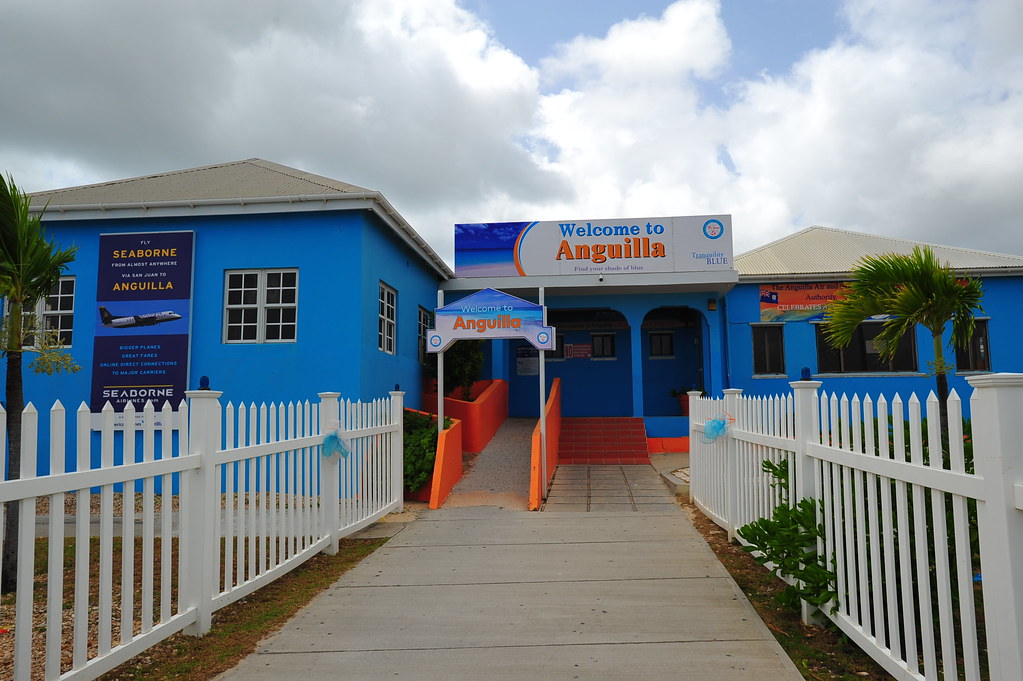 You then have to fill out an immigrations form here and stamp your passport into Anguilla. 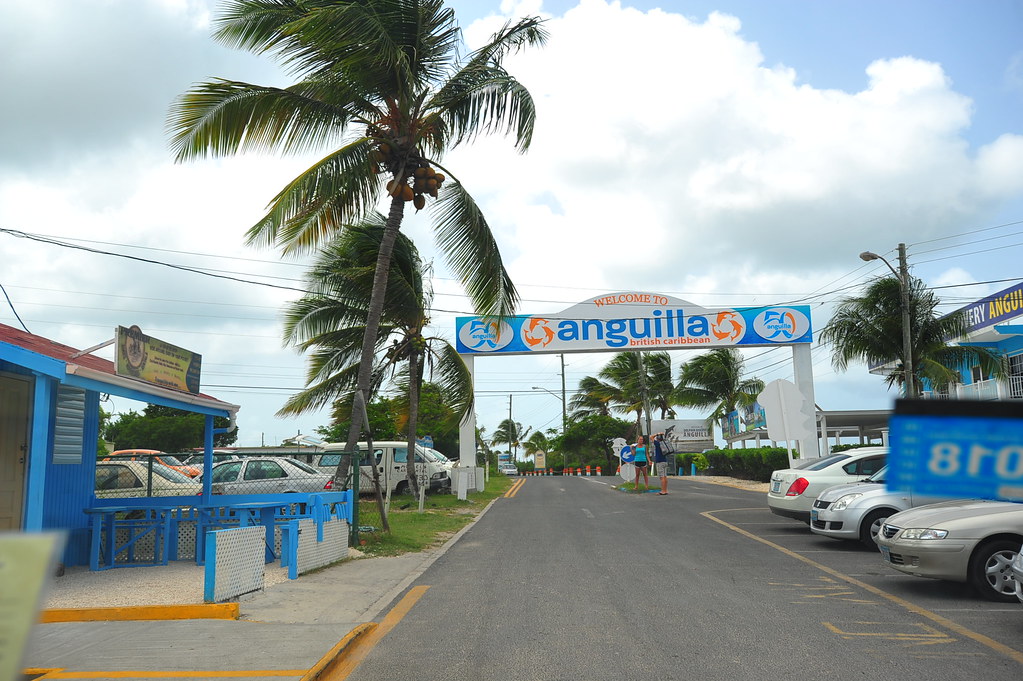 Then I headed to a taxi stand right in front of the exits, where I then booked a $55 USD 1.5 hour tour of Anguilla with a local Anguillan named Daron. But I would soon learn from Daron that a “tour of Anguilla” is really a “tour of all its 5 star hotels.” This obviously bummed me out, but I reluctantly obliged. What else was I to do?

But then he said the first stop would be The Four Seasons, which he then followed with, “used to be The Viceroy.”

Now when he said “The Viceroy” a low pitched ding suddenly emerged from in the recesses of my hippocampus. And yet, I couldn’t quite put a finger on why “The Viceroy” would sound so familiar. After all, Anguilla was a last minute decision I made yesterday and I had no idea this place existed…except… 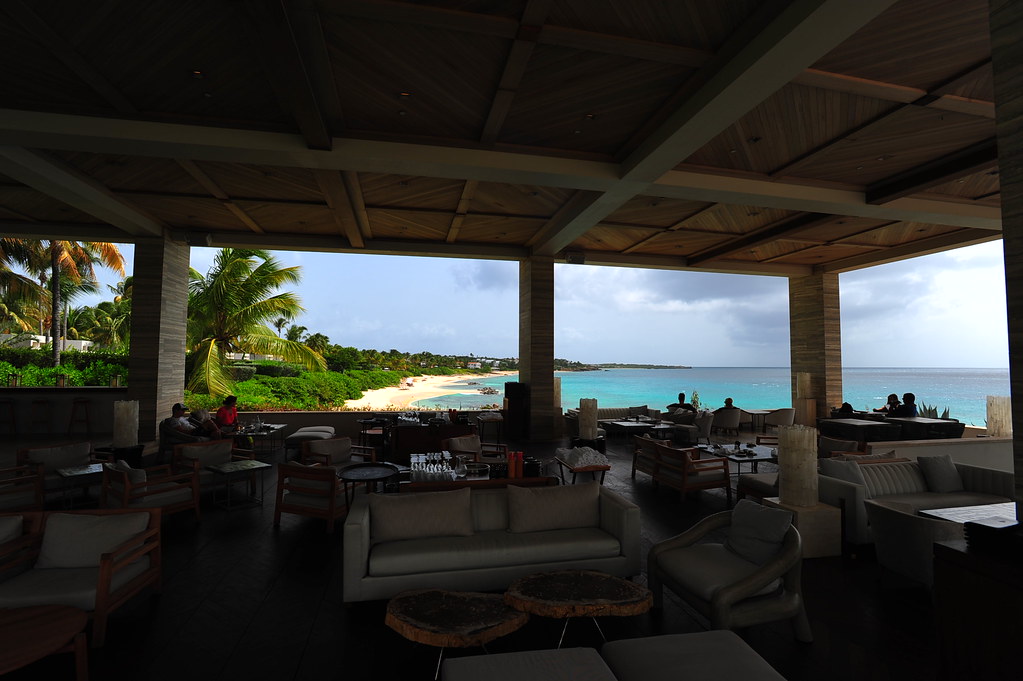 …hmm…what does this place seem so familiar? Where is this immense feeling of déjà vu coming from? I’ve never been here before!

Then visceral automatic kind of brain-muscle memory kicked in; a whisper that led me to suspect that the answer may be hidden within emails I haven’t looked at in 7 years, during the time when I was stranded alone in Egypt (yes, my first ever monsoon!).

So I did a quick scan of messages I had received during my time in Egypt, and within seconds I found an email that an ex had sent to me 7 and a half years ago that teased me of what her life was like at the time on the other side of the world — in a place called Anguilla…at The Viceroy — with a photo no less:

And where was I?

Surreal. I soon inadvertently found myself sitting down in the very same chair she did when she took that photo, leading me to grasp, holy shit, how far I’ve come since Egypt.

And this wasn’t any random trip I was on 7.5 years ago . . .when I had received a photo of what “another type of travel” was like . . . Egypt was the first trip.

*cough* Anyways, the rest of the hotel is pretty nice, as you can see. 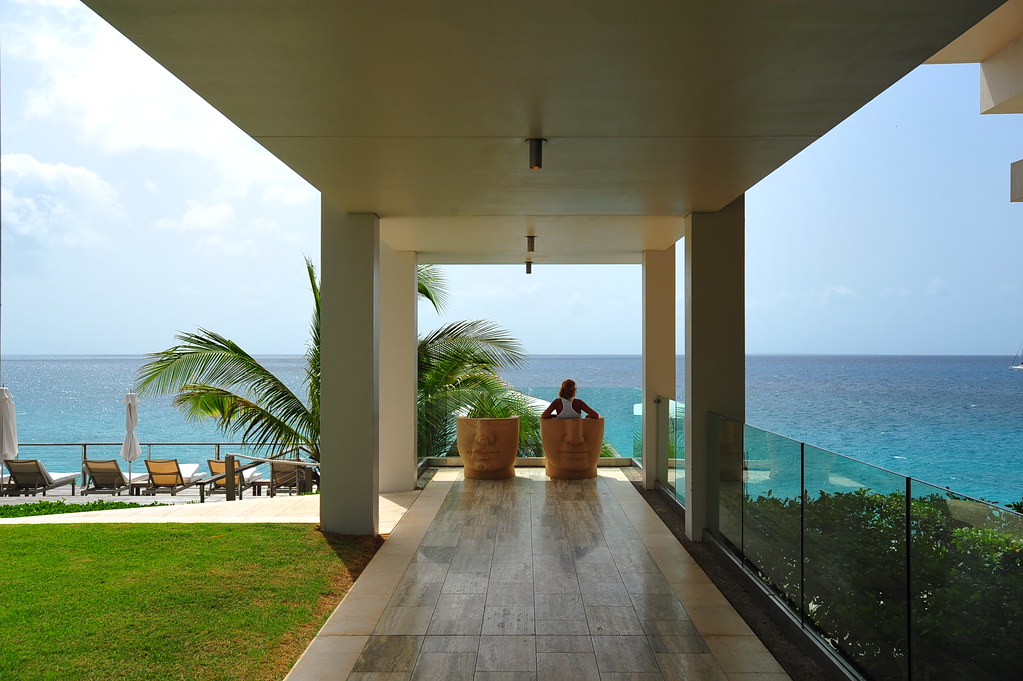 Yes, we shall move on; after all, the world works in such mysterious ways, it remains mysterious even when mysteries reveal themselves. Instead of paralyzing myself with a million theories, I’ll just appreciate what just happened as a sign I am exactly where I’m supposed to be. Needless to say, I was amusing Daron with this story.

Here’s another nice beach situated within another 5 star property: 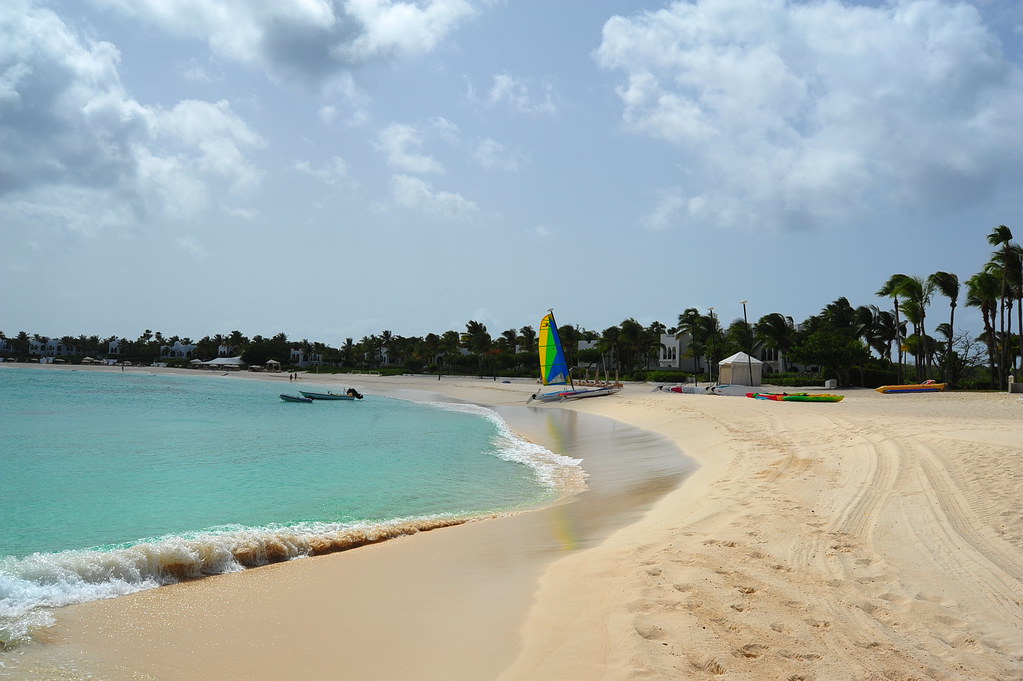 We then drove down to the water and passed by what appeared to be…snow? 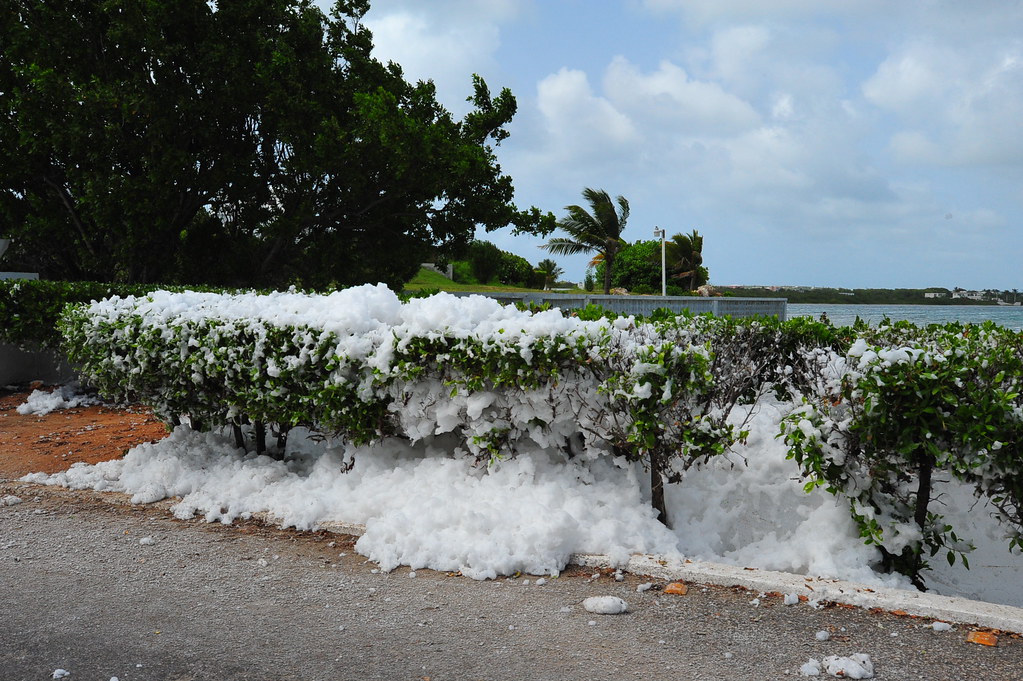 But it’s actually sea salt foam that blew onto land, thanks to a natural combination of intense sunlight, evaporated salty seawater, and heavy winds. 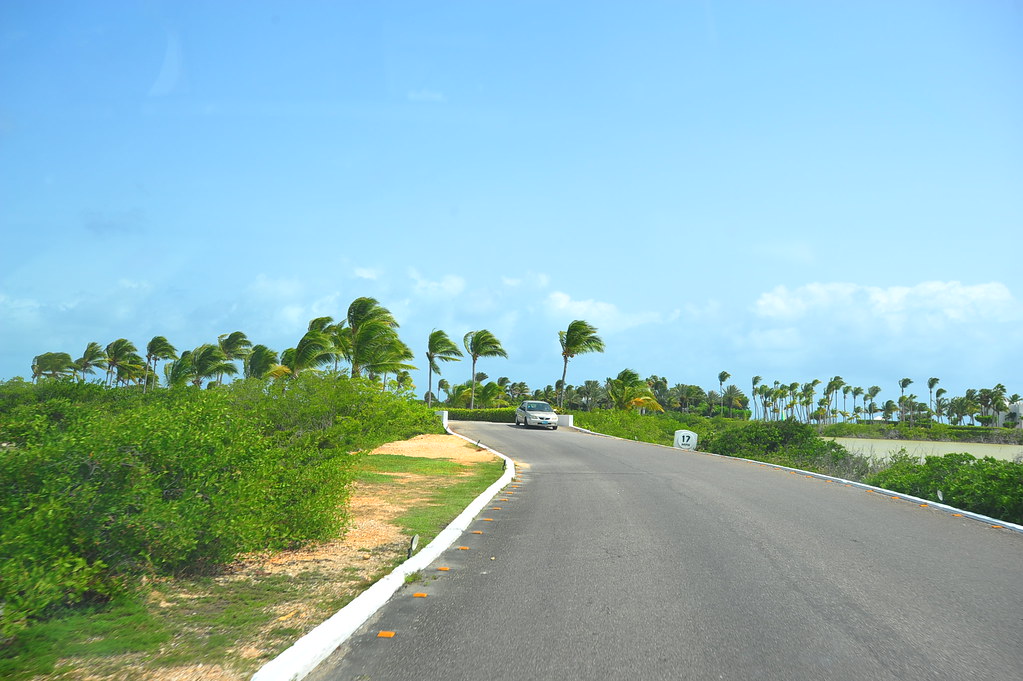 We then took a view below of Sandy Ground… 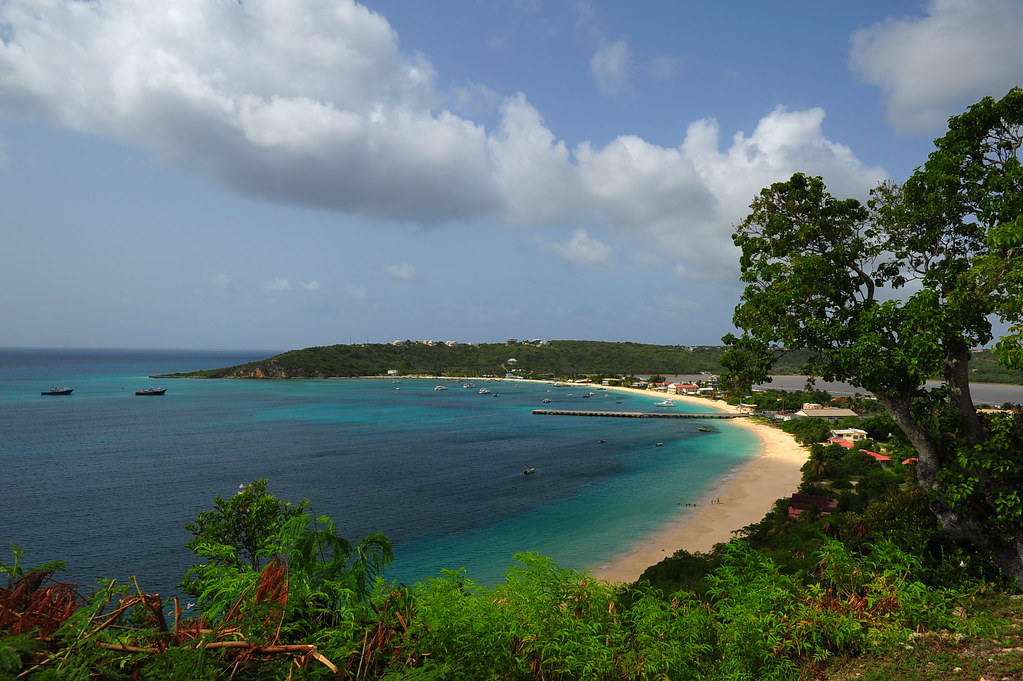 …before driving into The Valley, which is the capital city of Anguilla and ask referred to as “Town.” It’s pretty dead and mostly commercial. 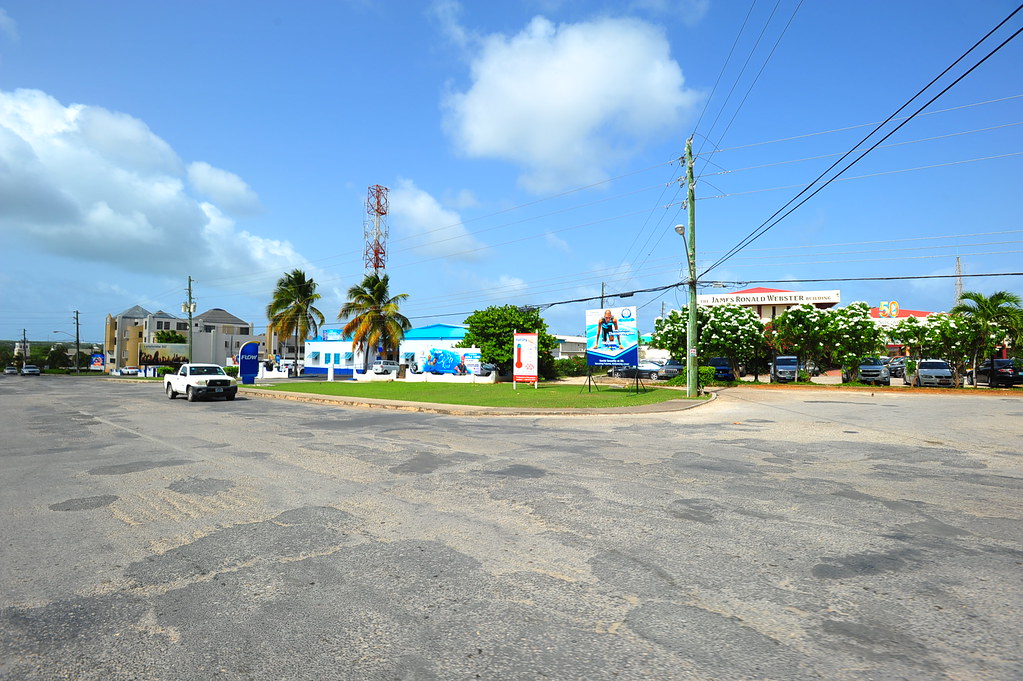 On its outskirts lies Anguilla’s only Catholic church… 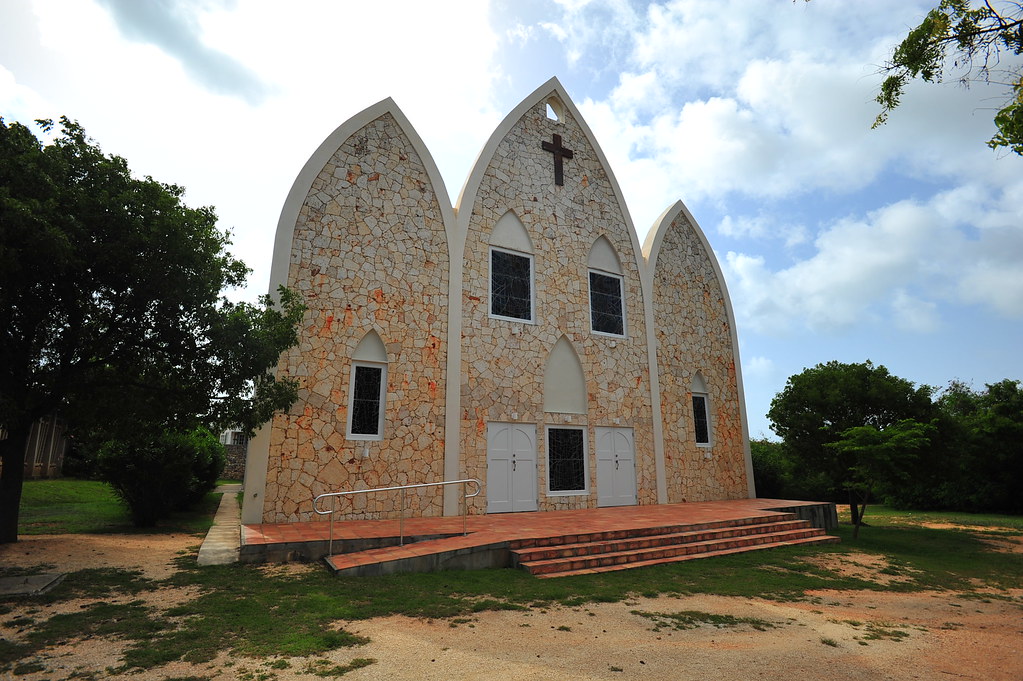 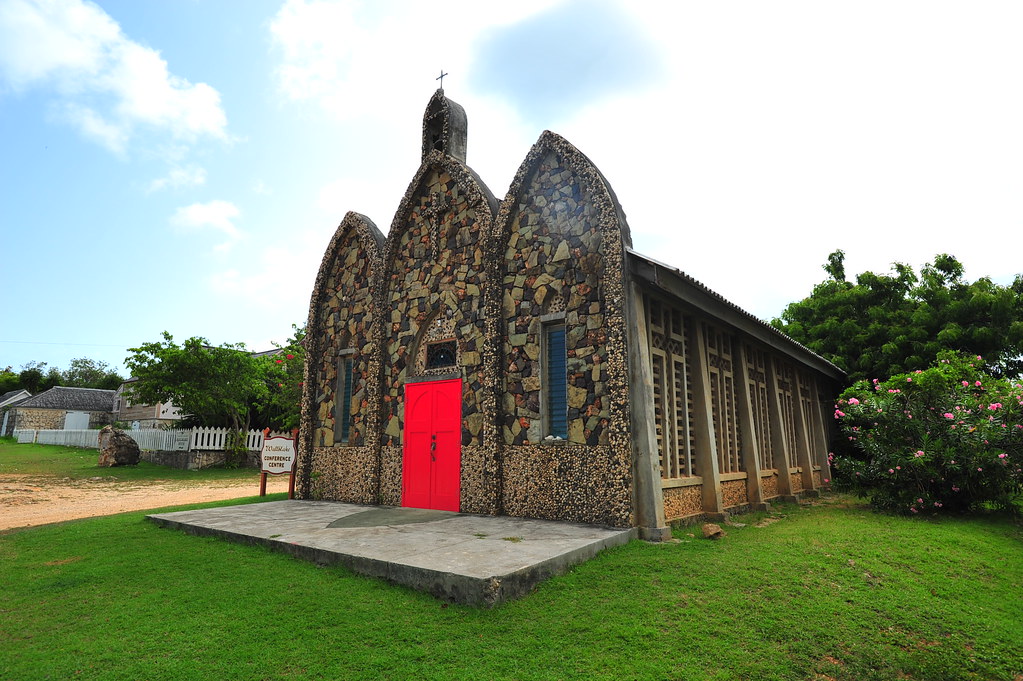 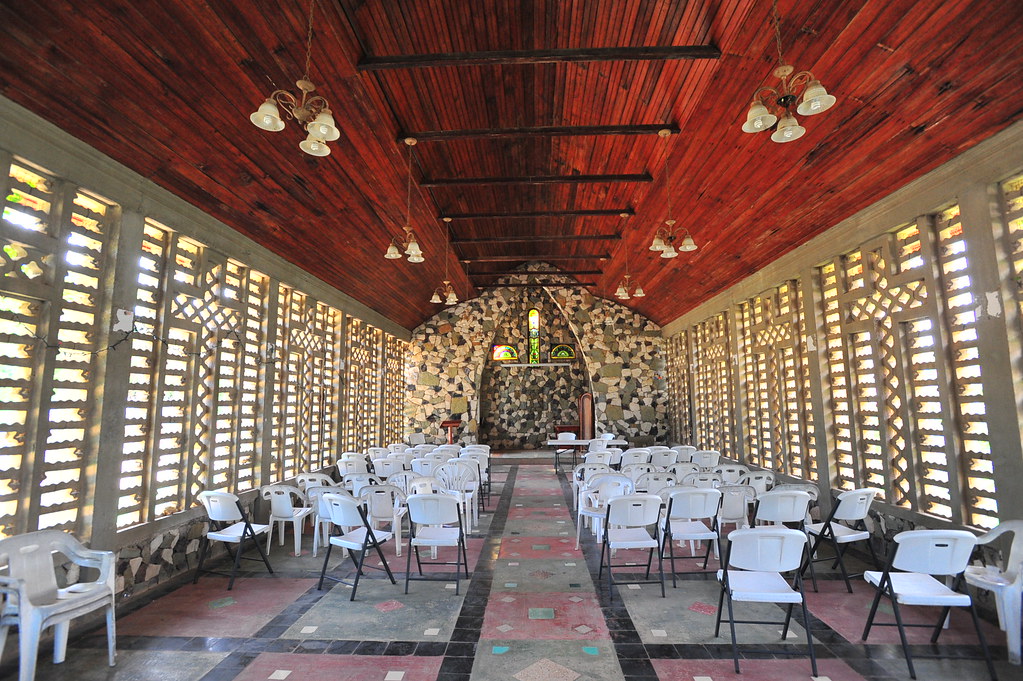 …And a former cotton plantation built by slaves. 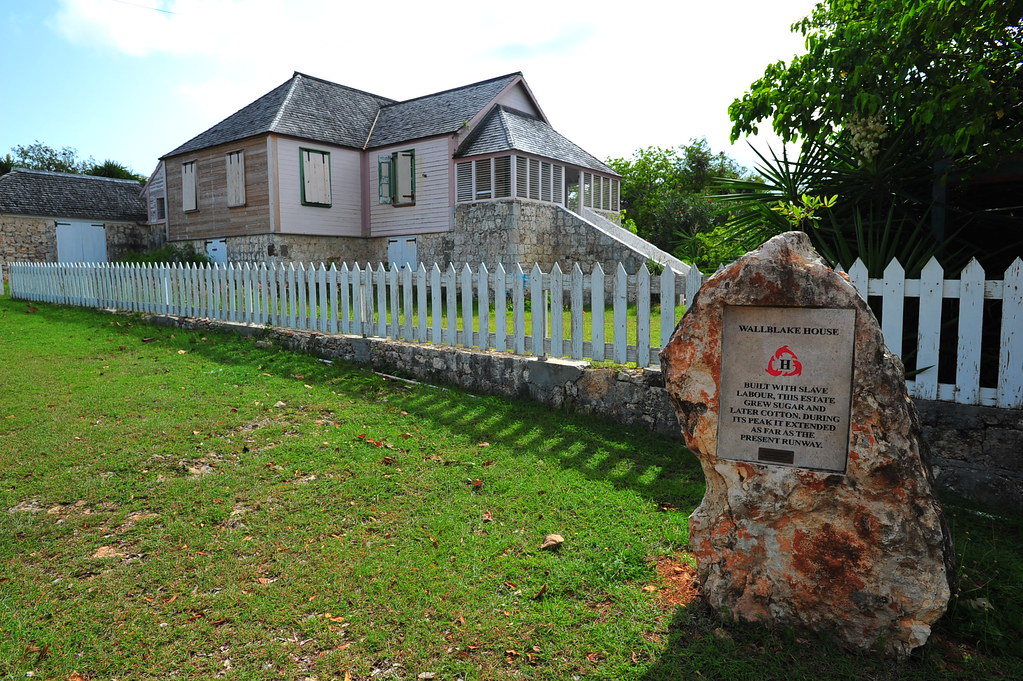 After that, it was time to head back to the ferry station. Once we returned, I bid goodbye to Daron and headed back inside. 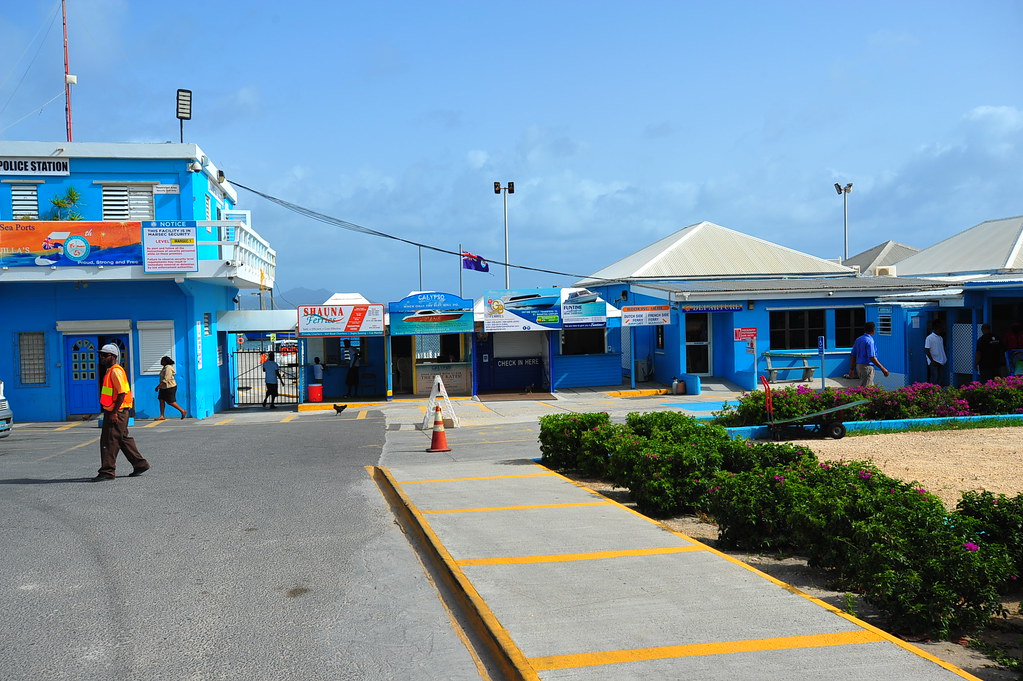 Then my passport was stamped out again, and I went through the only security I’ve seen so far for ferry departures. 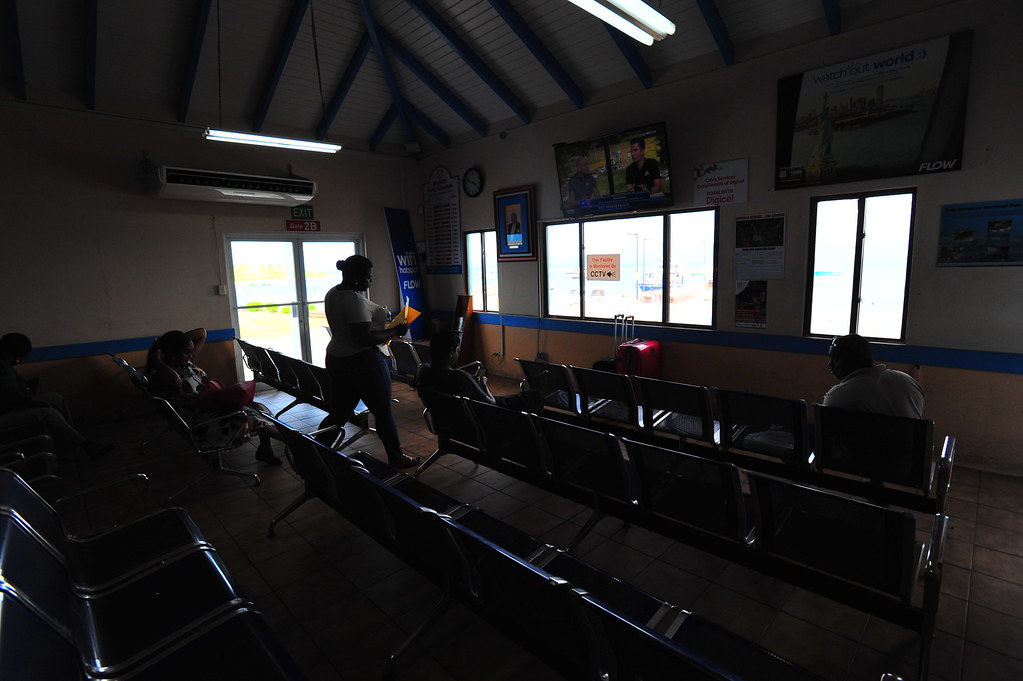 The ferry ended up being delayed by nearly half an hour, arriving to pick us up for boarding at around 4:25pm. But whatever, it’s island time. 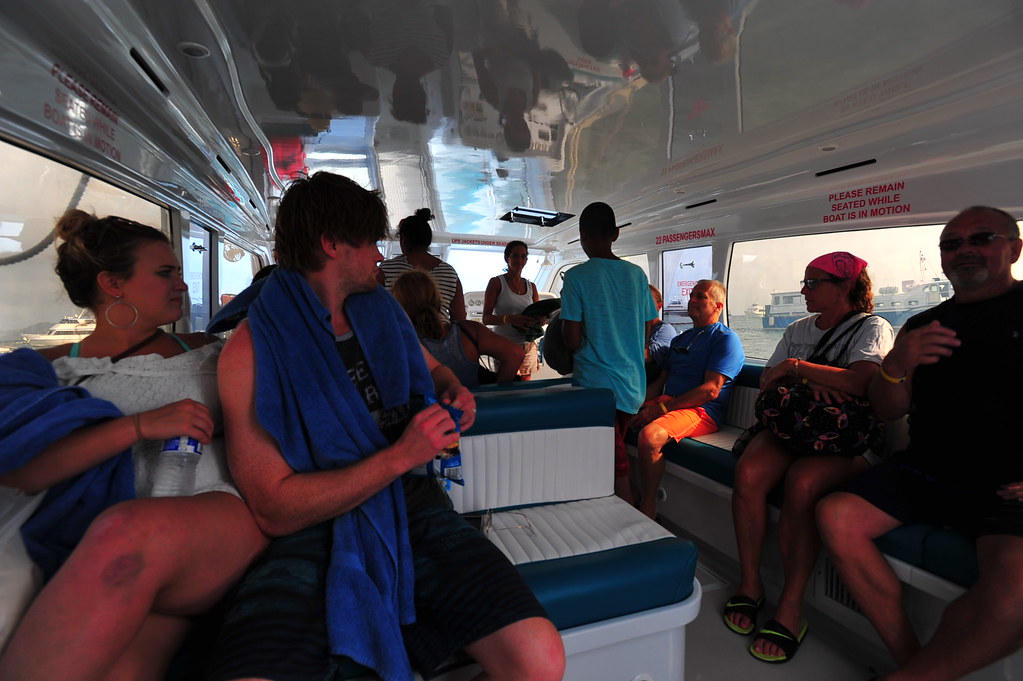 Too bad when I boarded, I ended up sitting across from an angry American tourist who was evidently pissed and yelling about how someone had stolen her shorts. She had knocked out my phone charger that was plugged into the wall twice without hesitation, as well as being verbally abusive to her partner. He was taking all of this in stride and was apologizing to everyone in the boat on her behalf.

Sandwiched between her and the partner on the boat, I realized the ride back was gonna be so real.

But luckily, the staff noticed my predicament and opened up the front part of the boat for us to escape. And half of the boat did. 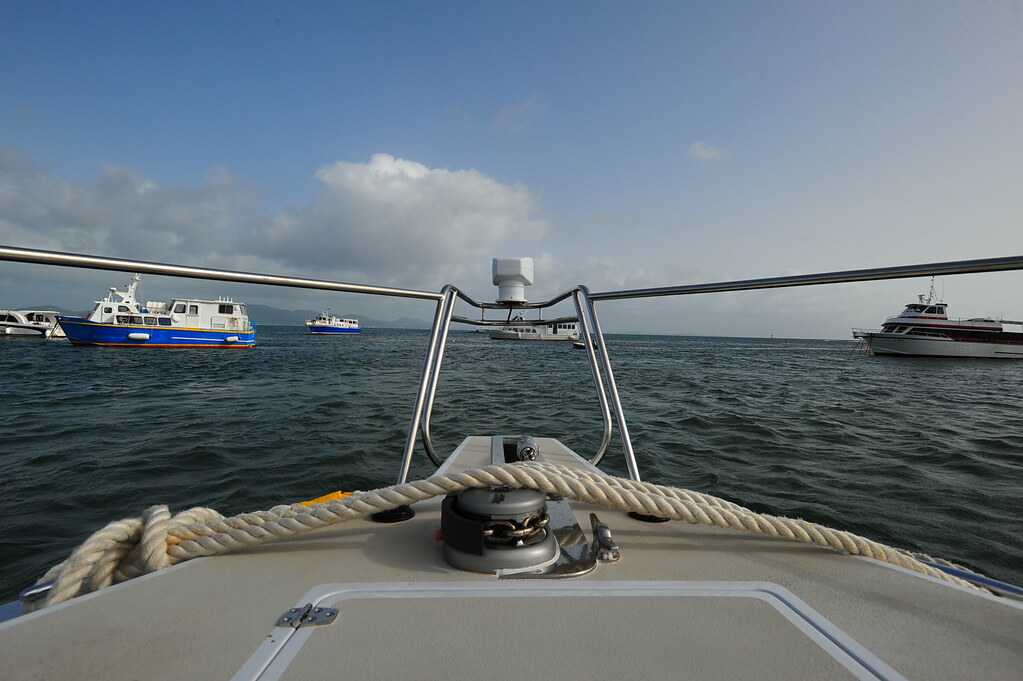 This was a good call because we ended up getting a great view of our ride back to St. Martin/Maarten.