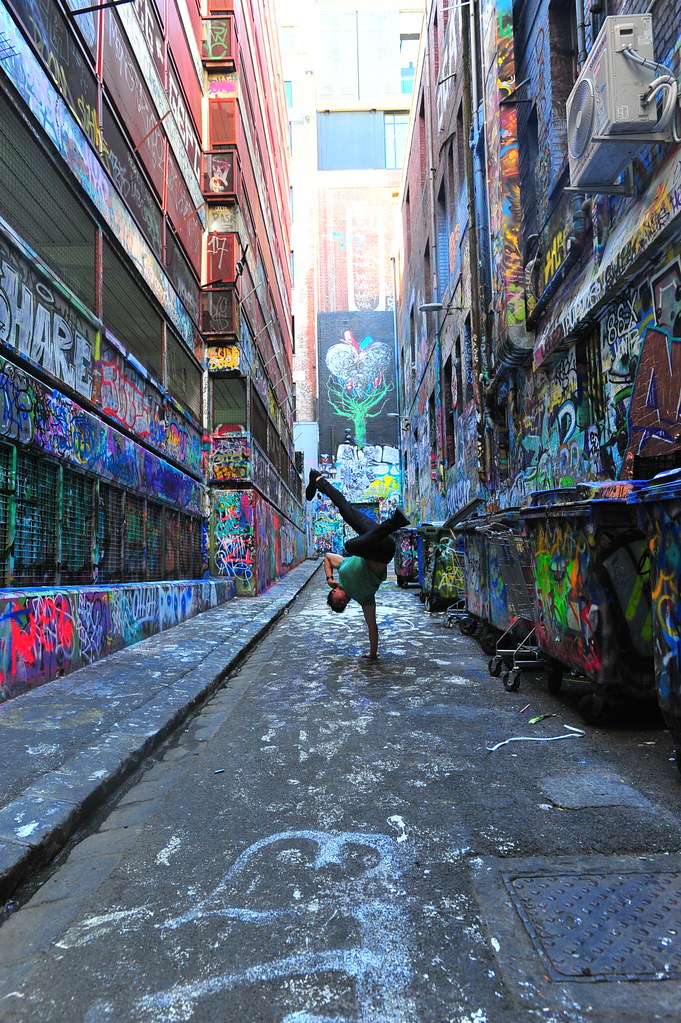 After an overnight stay at Uluru, the group hopped on an 11am flight to our 5 hour layover in Melbourne before returning to Sydney.

A weird setup faced us for our onward flights to Sydney:

– 7 of us needed to switch airports during our layover from MEL (Tullamarine) to AVV (Avalon), which is an hour outside of Melbourne in the middle of nowhere

– 5 others in our group could stay at MEL airport for another different flight to Sydney, but leaving at the same exact time.

If you still don’t get it, me neither.

While 4 of us decided to take it easy (and play it safe — props to them) and not go inside the city, a foolhardy group of 8 of us decided to risk it and try to see as much of Melbourne City during its hottest day of the year. Apparently the heat in Uluru had followed us — it would be 46ºC (aka 110ºF) here too!

Instead of the original plan of dropping off our bags at the left luggage facilities at Flinders St Train Station, I had a local friend from Melbourne I had made a year ago while monsooning in Romania, named Anita, who offerred us to quickly drop off our bags at a lazy brunch her friend was organizing at Southgate — a main promenade on the south bank of the Yarra River. Immediately down for another great story, I took her up on her incredibly generous offer. 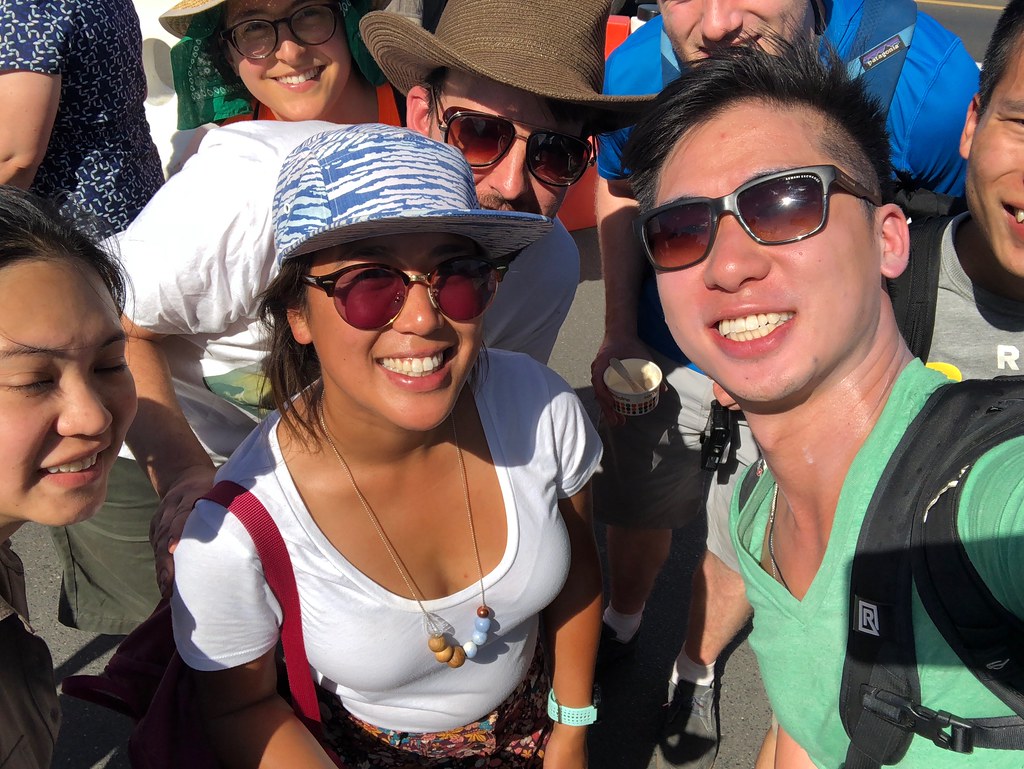 We probably bewildered the crap out of her friends who were in the middle of having brunch when we arrived. Nevertheless, they were equally just too kind as Anita in taking us in without knowing who the heck we were.

So we quickly said hello for a few minutes, and thanked them profusely before setting off again to see the city. Because it was so hot, Anita was smart enough to stay for only 4-5 minutes with us before rejoining her friends in her air-conditioned safety zone. 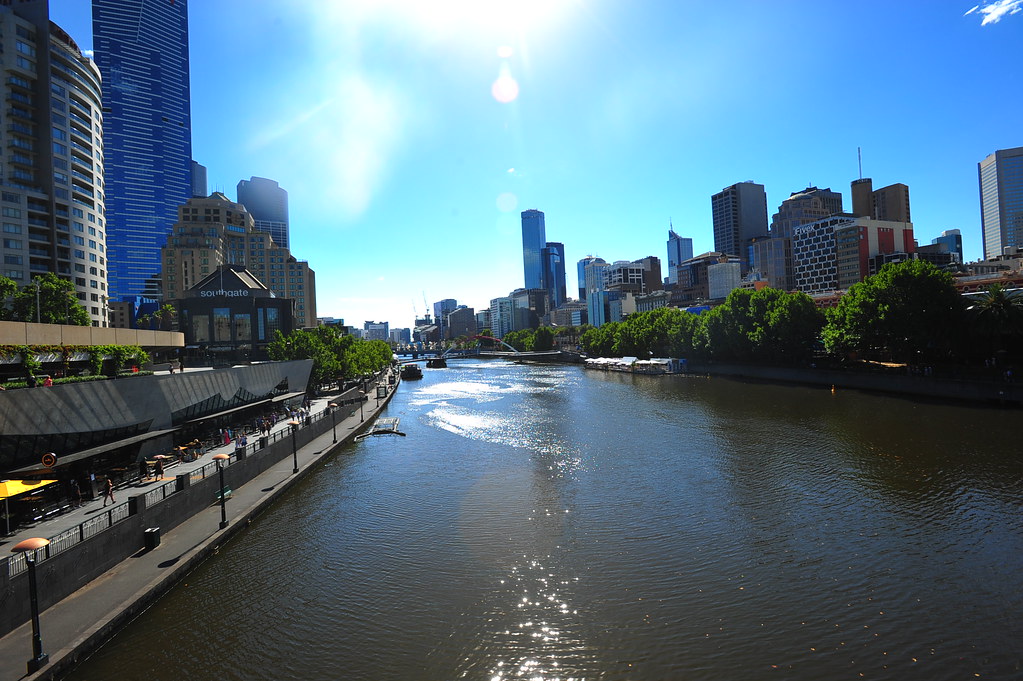 We first crossed the Yarra River to swing by the iconic and colonial-era Flinders St Station. Apparently saying “meet you under the clocks at Flinders Street station” is in the DNA of every person who lives here. 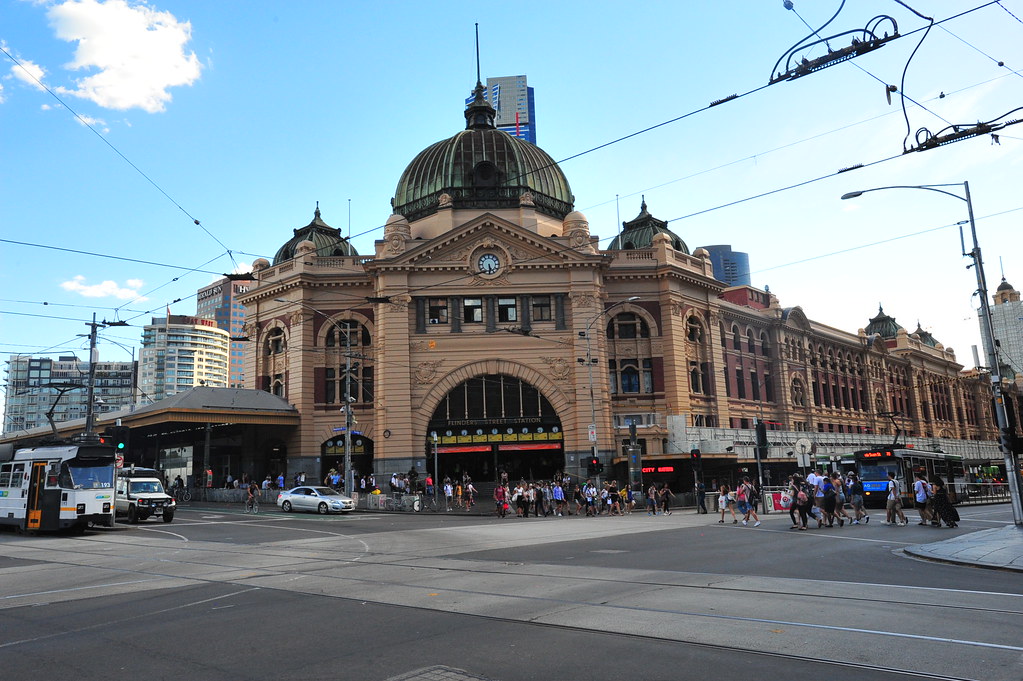 We then turned east towards Federation Square, Melbourne’s modernistic and popular meeting space featuring unique architecture, as well as the home of the Australian Centre for the Moving Image. 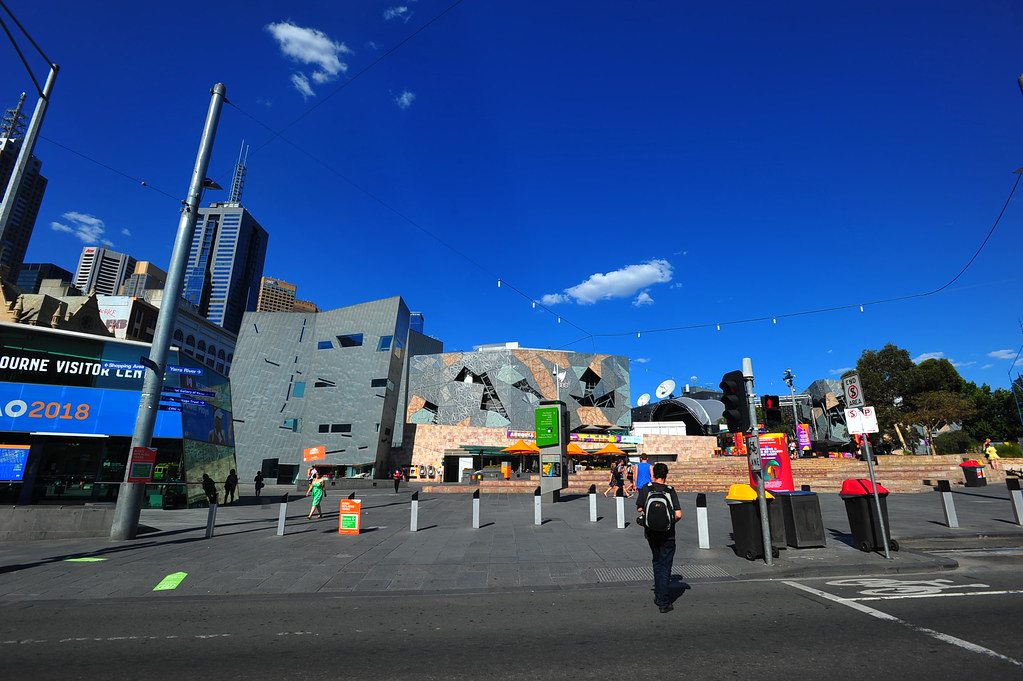 Facing it is Saint Pauls Cathedral. 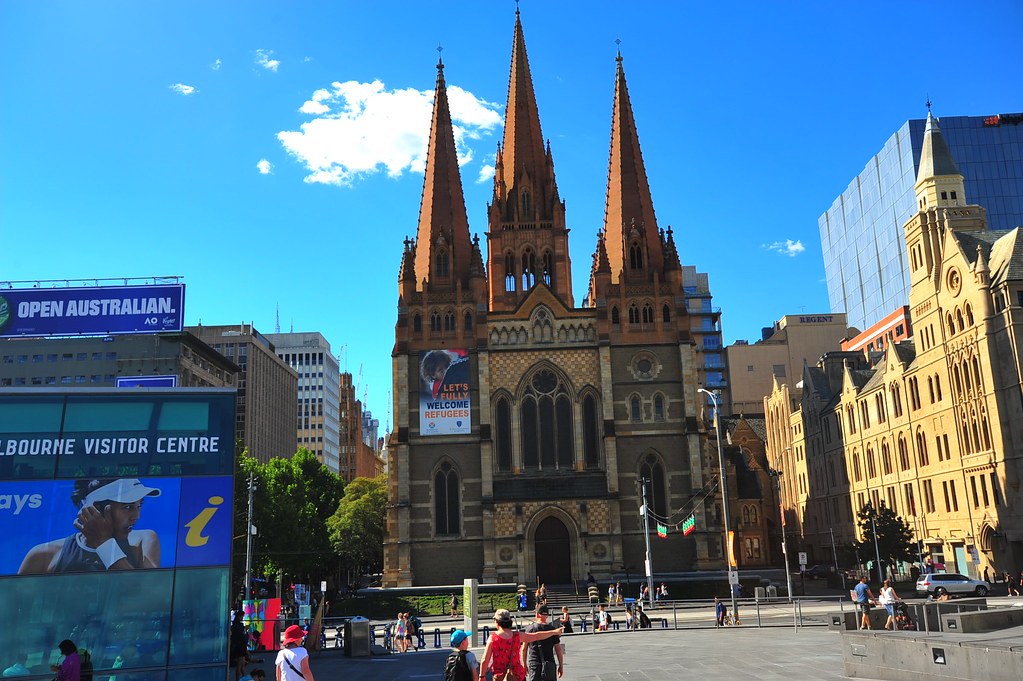 Around the corner a few blocks into the city lies Hosier Lane, a cobblestoned path famed for its street art. 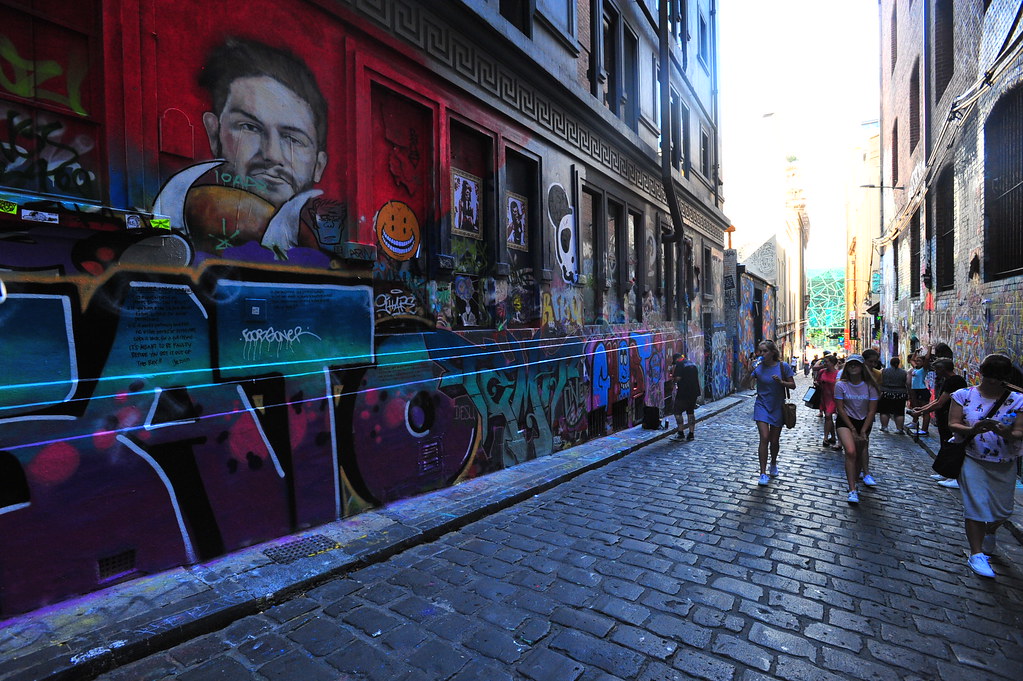 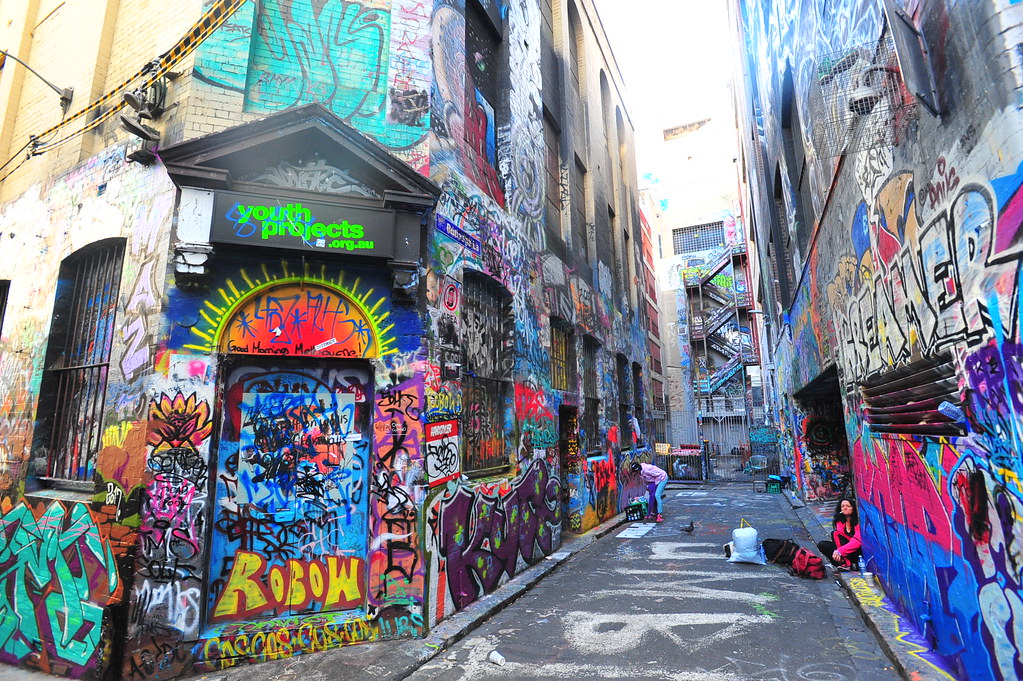 A bit of Banksy on the right! 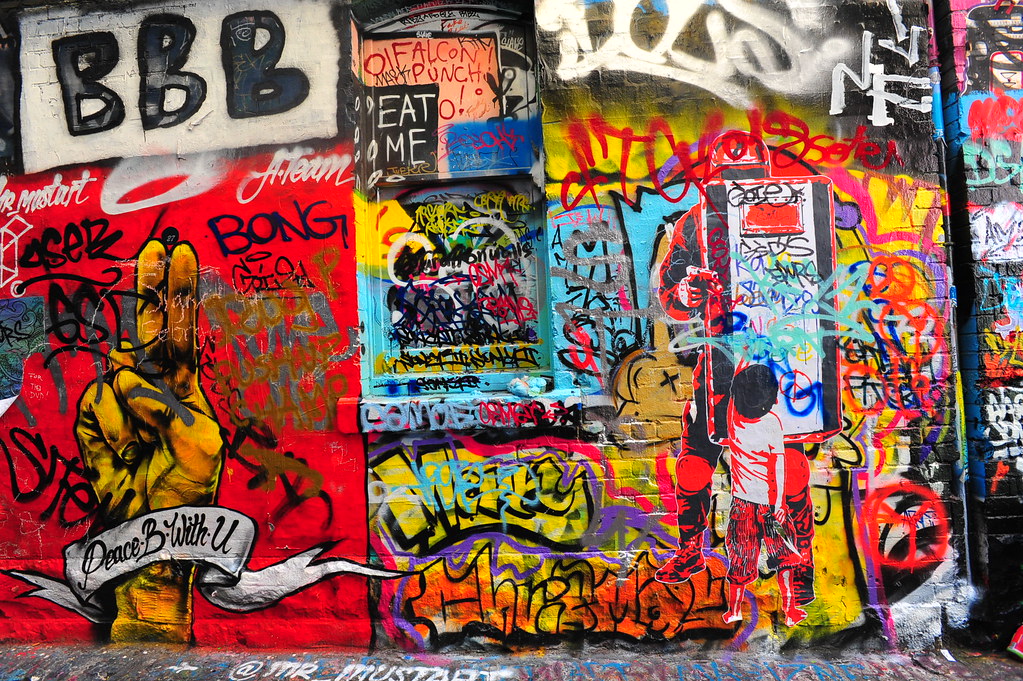 We then walked a few blocks north into the city, passing through Chinatown to reach the State Library, famous for once boasting the largest “Domed Reading Room” in the world and being able to house over 1 million books. 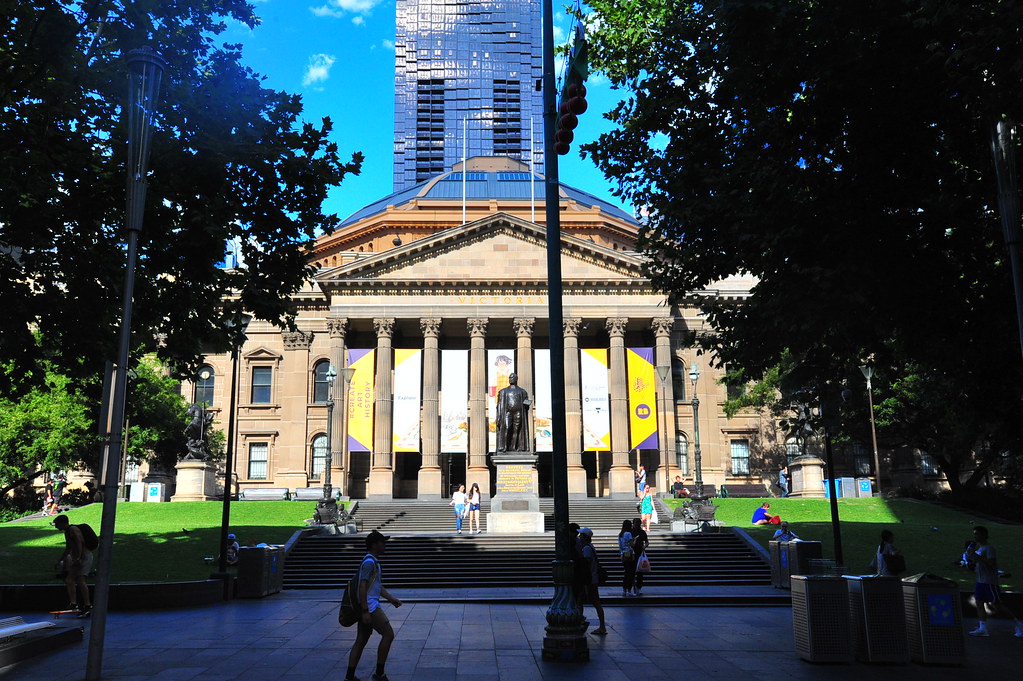 Now it was getting close to the point of no return, where we had to head back to pick up our bags from Anita and her friends or else risk missing our flights back to Sydney.

We’ll be back, Melbourne! 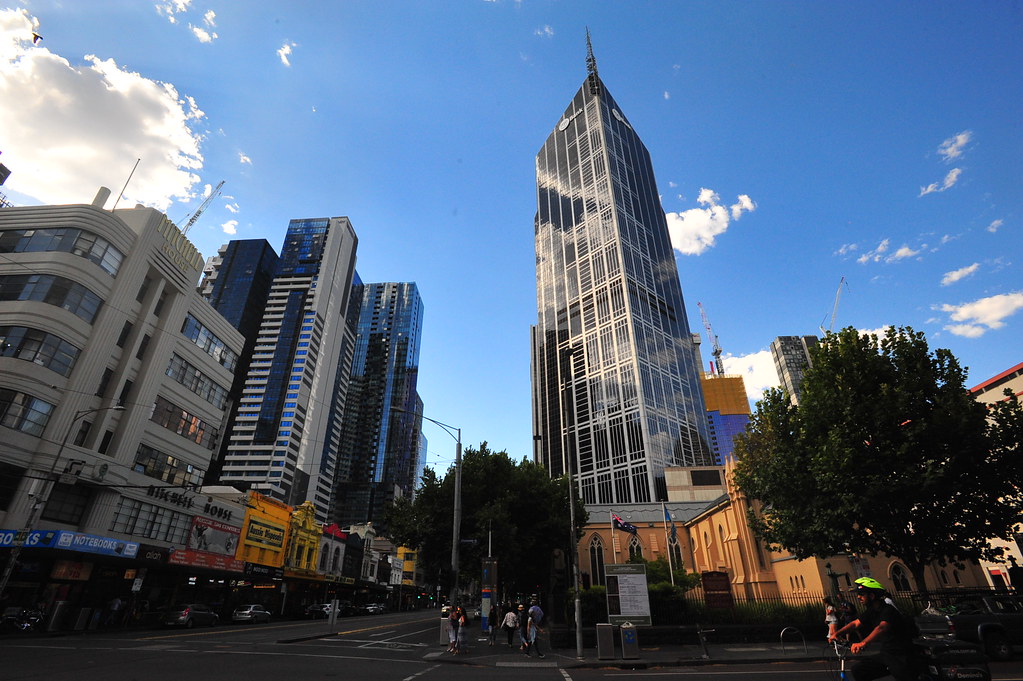