Christchurch: Remnants From An Earthquake

After an 8 hour drive from Picton and checking into our lodgings at Dorset House, we freshened up for a few minutes before heading back out for dinner at Shanghai Street Dumplings a few miles away. It was much needed meal after a drive that could’ve been 3 hours shorter if it weren’t for natural disasters like falling rocks (or whatever we were told by the road-workers).

We then set out on a quick night tour of Christchurch, which sites mostly consists of prominent and preserved structures that had been badly damaged by the devastating 2011 earthquake that killed 185 people and injuring thousands more.

We first stopped by the Cathedral of the Blessed Sacrament: 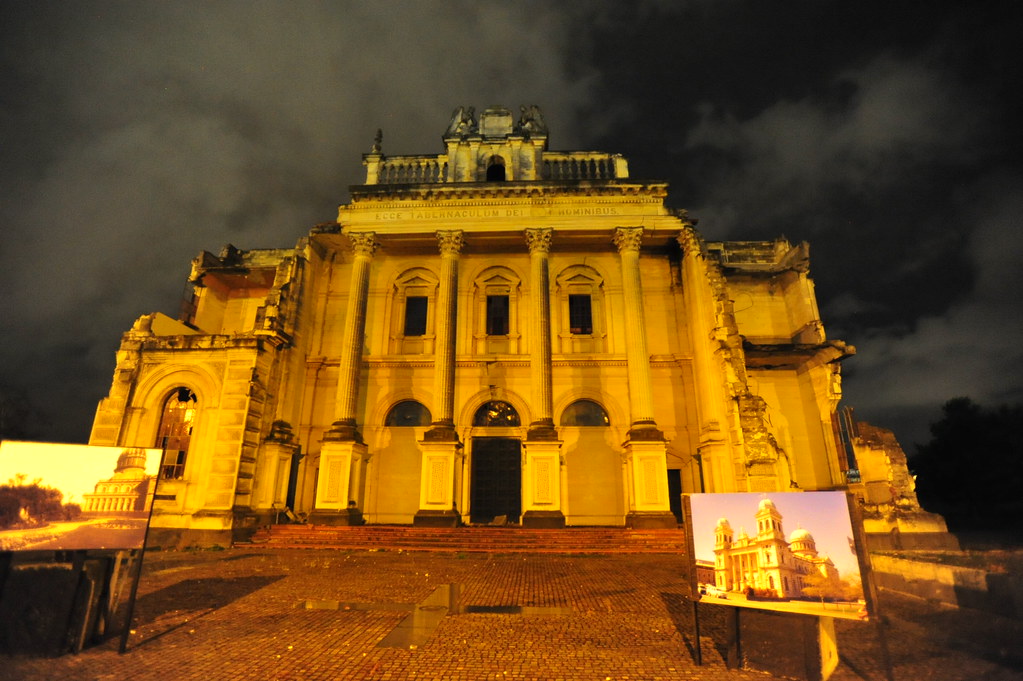 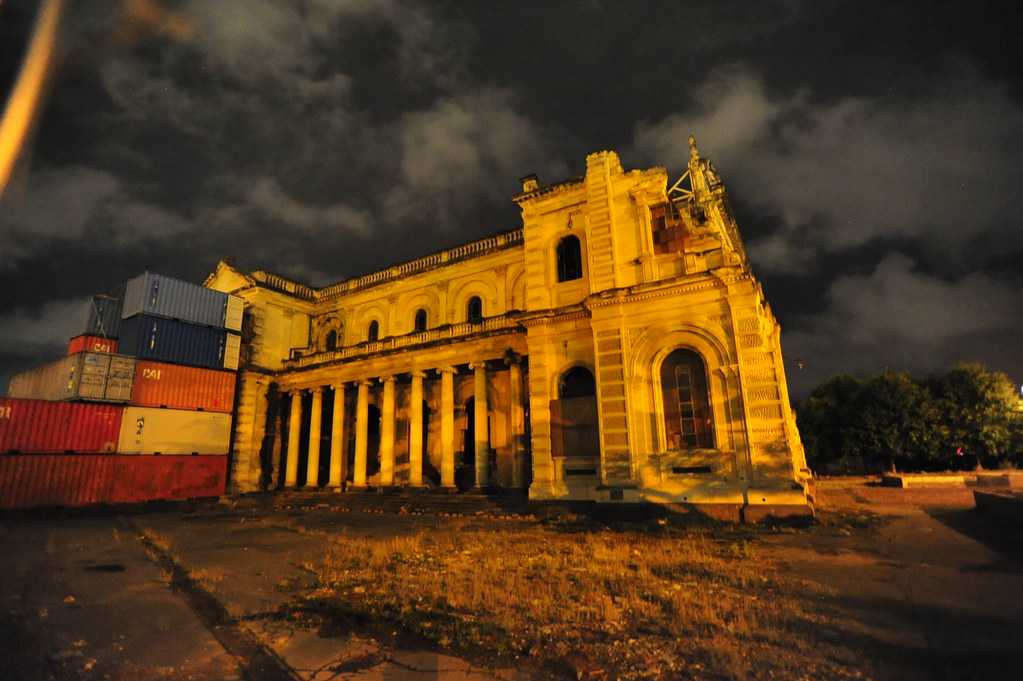 Heading north on Madras Street we then took a look at 185 Chairs, a memorial park dedicated to the 185 lives lost in the earthquake. 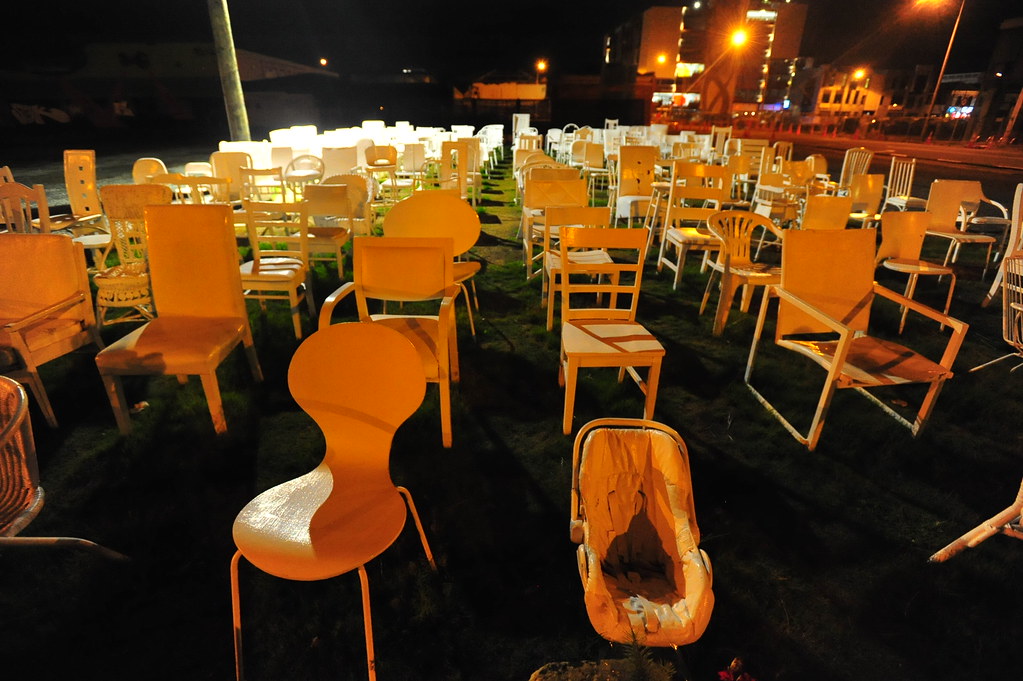 Across the street from the 185 Chairs Memorial Park is the Christchurch Transitional Cathedral aka the “Cardboard Church“, an interim cathedral constructed from cardboard that would replace a church damaged in the 2011 earthquake. 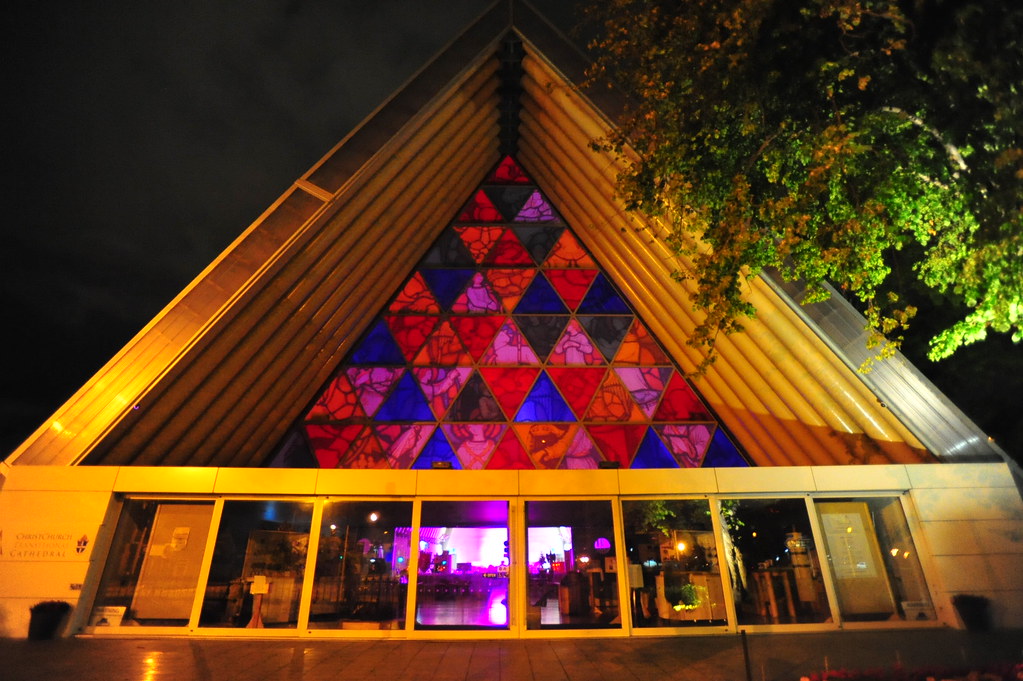 We then drove a few blocks west to arrive at Christchurch Cathedral, also damaged and out of commission from the earthquake. 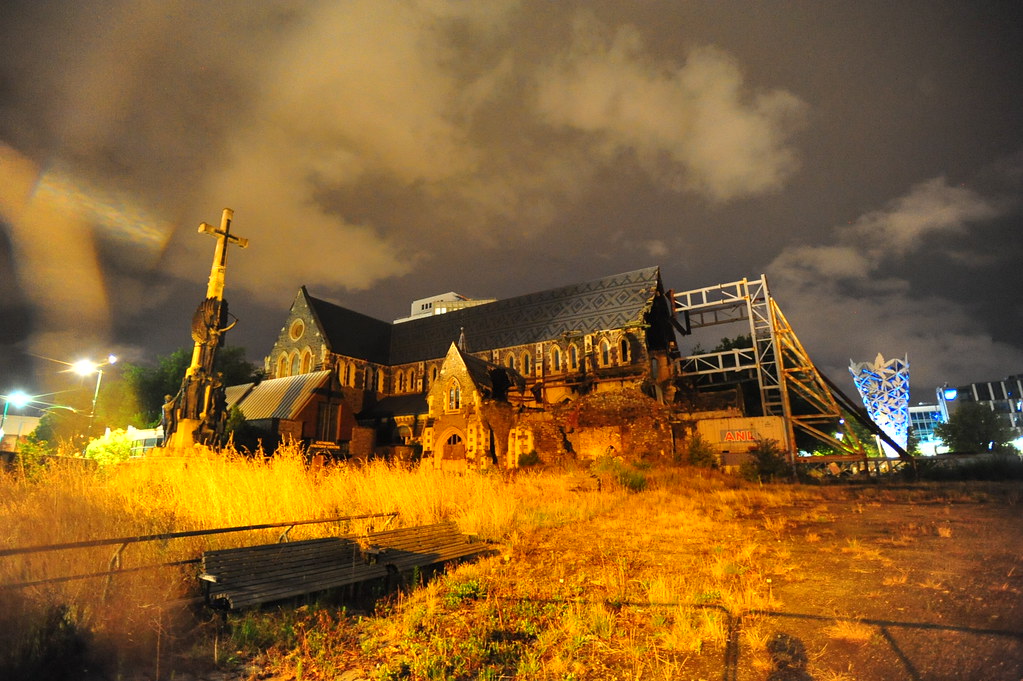 Head further southwest to the park and entrenched river passing between Oxford and Cambridge Terraces for the Canterbury Earthquake National Memorial, the Crown’s official memorial to the victims of the 2011 earthquake. 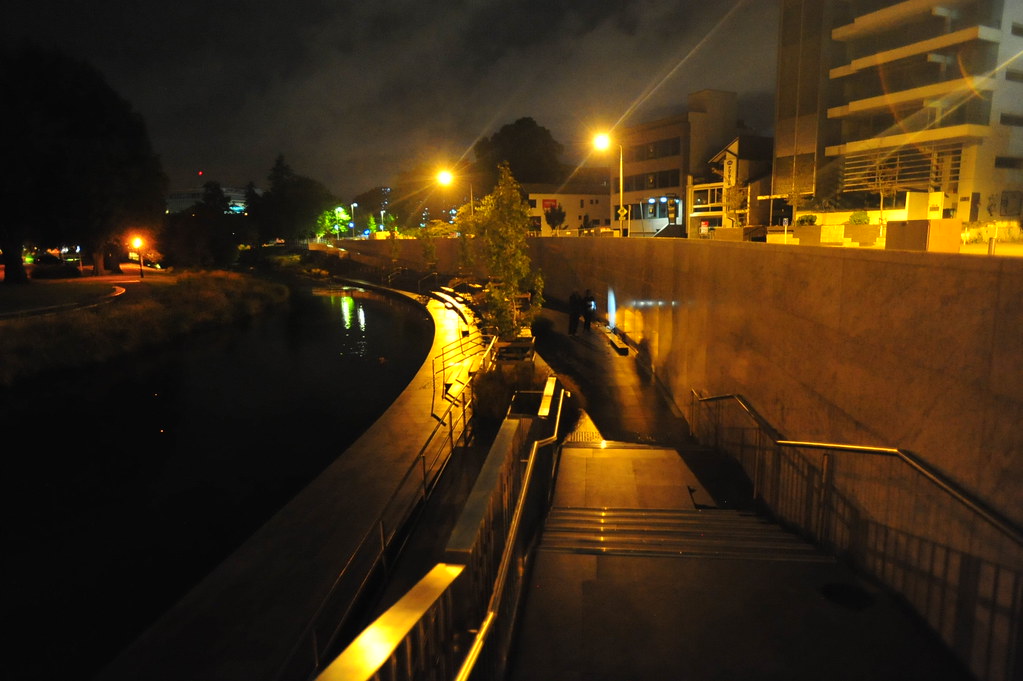 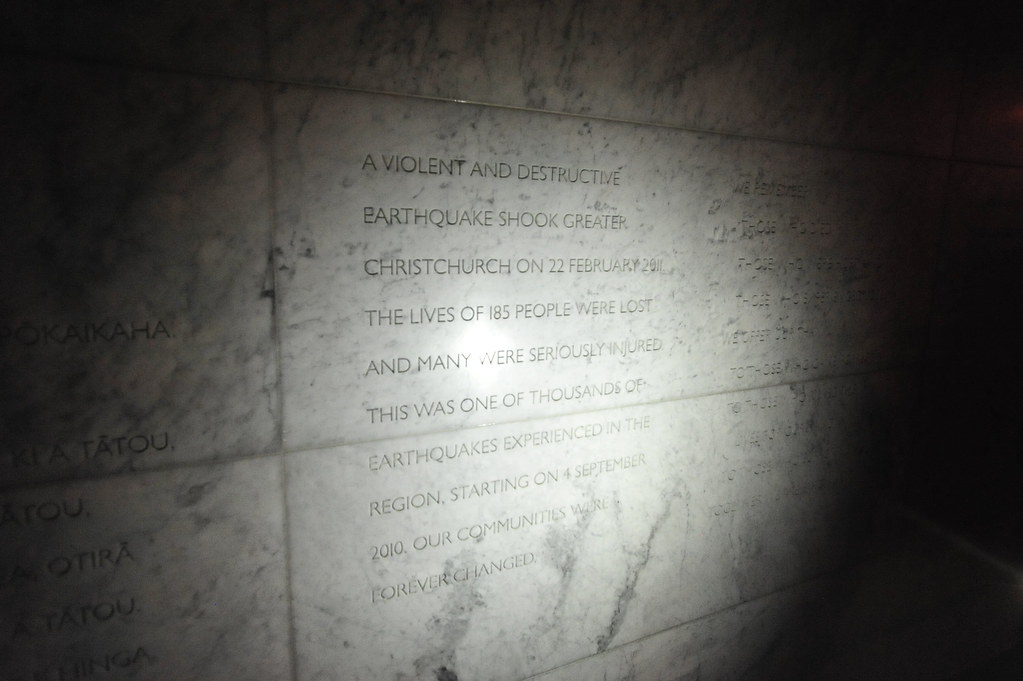 Finally, about 3 blocks north is the Arts Centre, a complex of 23 buildings consisting of shops, restaurants, art spaces & cultural events that lie adjacent to the Christchurch Art Gallery Te Puna o Waiwhetu, one of the largest collection of art in the southern hemisphere. 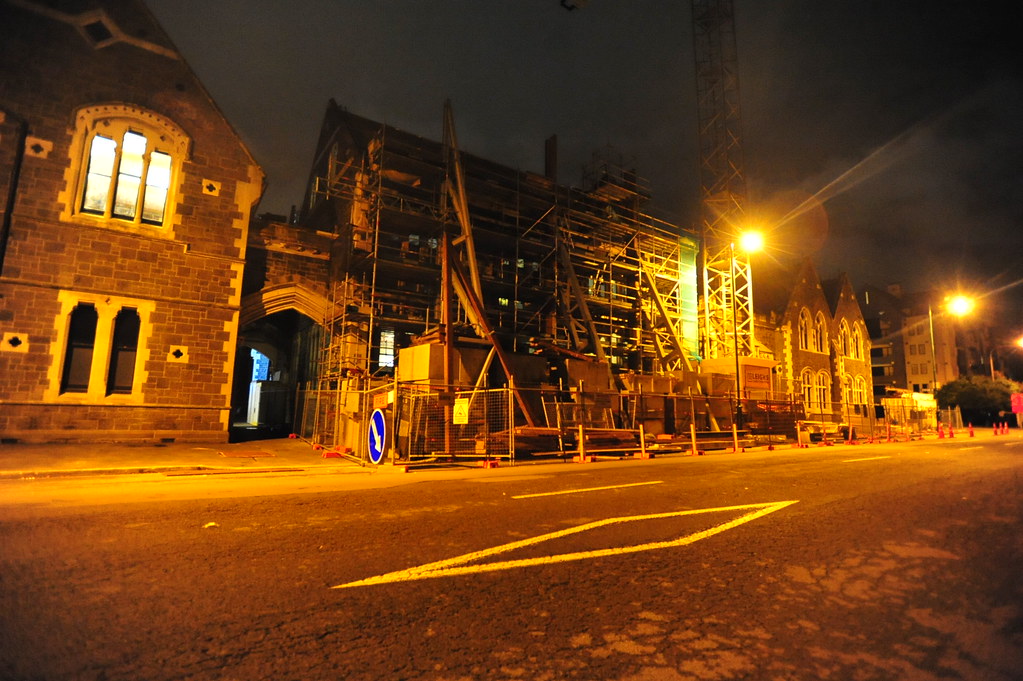 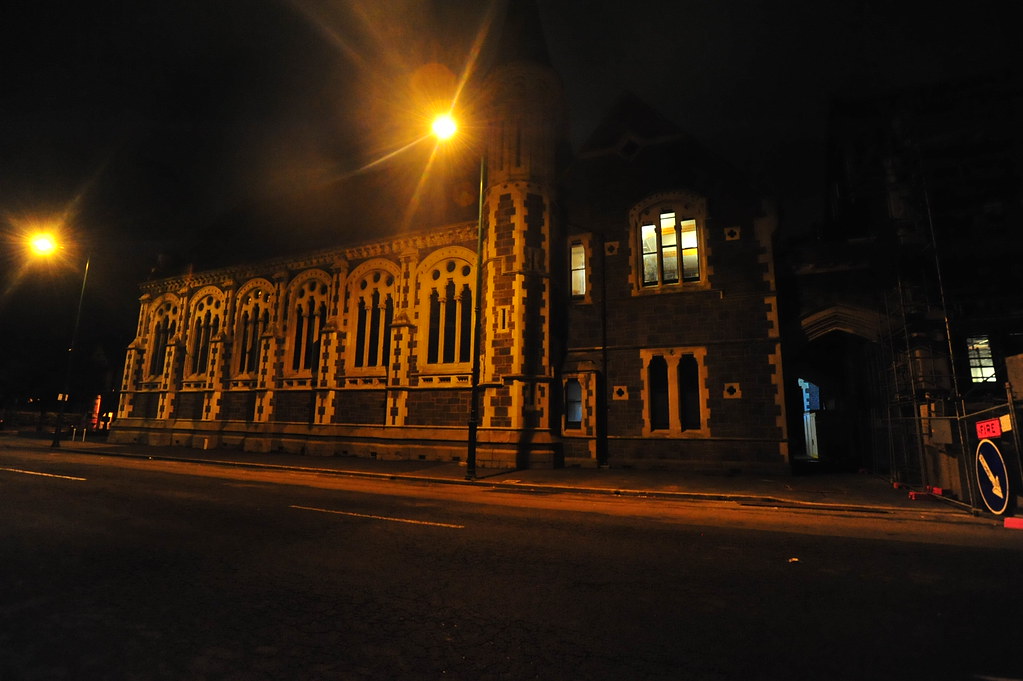 At this point it was getting late, and after a failed attempt to get into a nightclub due to our underdressed state, we returned to our hostel for a twilight game of scrabble and wine.