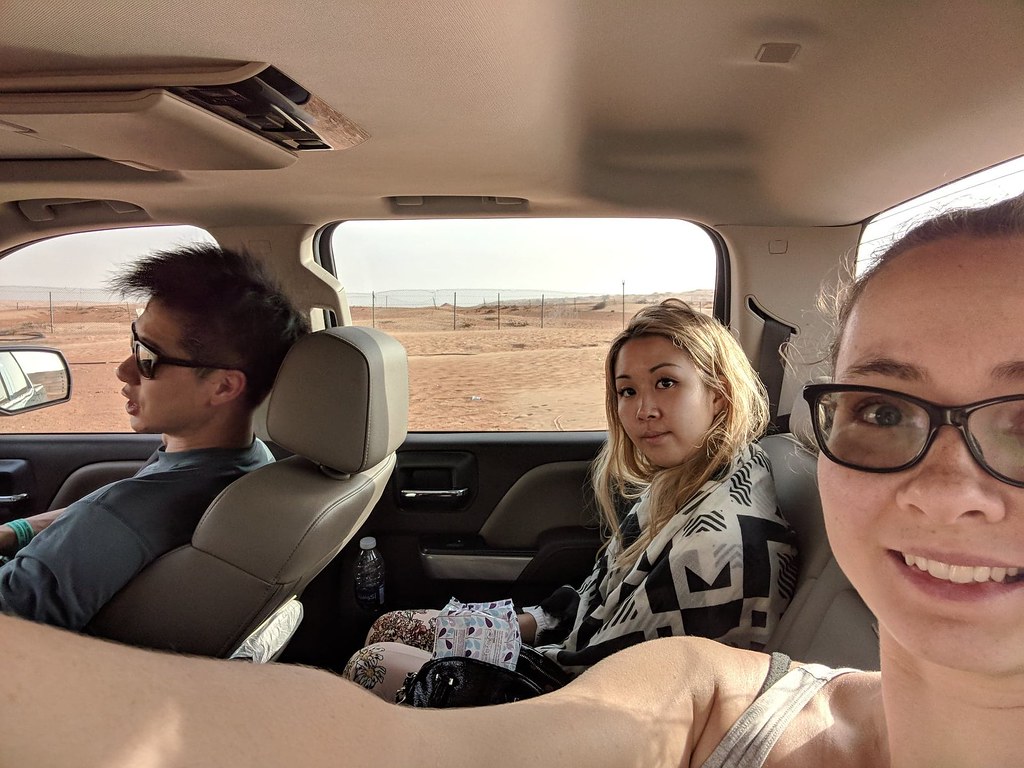 After a few hours swimming in the beautiful water holes of Wadi Shab, Talal and the gang continued south towards Sharqiya Sands. Also popularly known as Wahiba Sands named after the local Bani Wahiba tribe there, it boasts sand dunes up to 100 meters high and 170 km long: 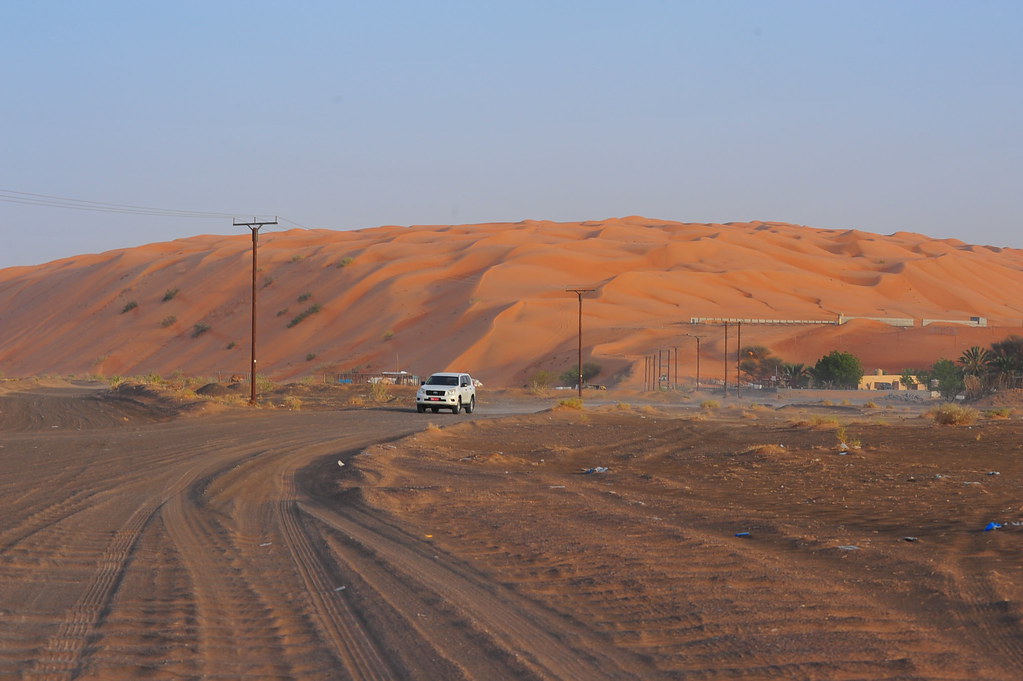 When we got here in the later afternoon, Talal immediately took us dune bashing, which is when our 4×4 simulates itself as a roller coaster on the dunes.  I unfortunately took this video after all the craziness happened, so I did my best by adding in some appropriately cheesy music: 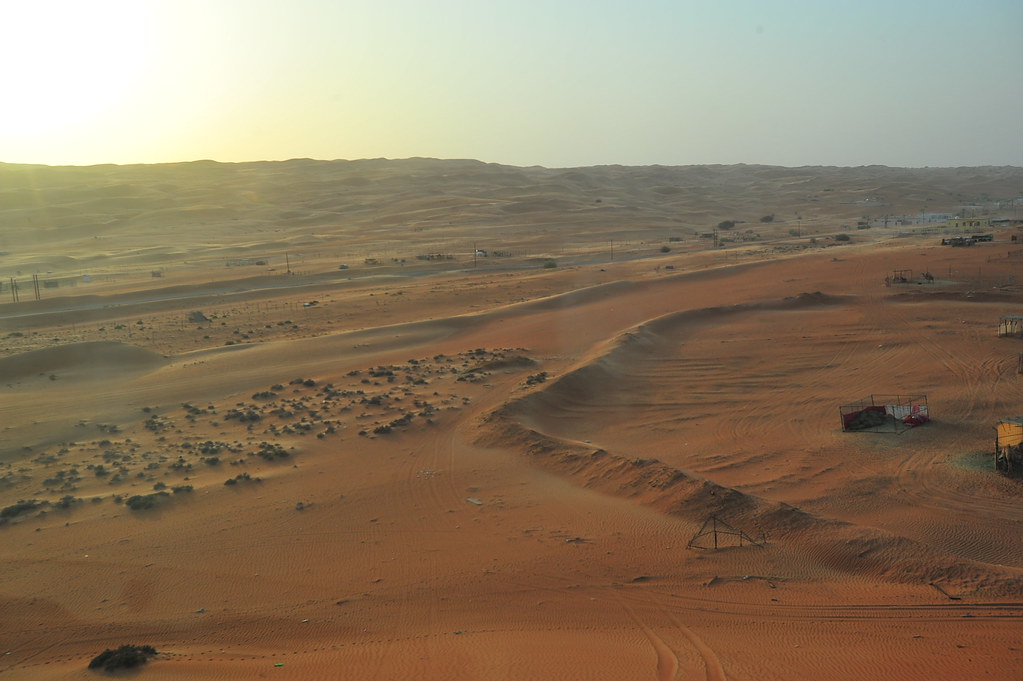 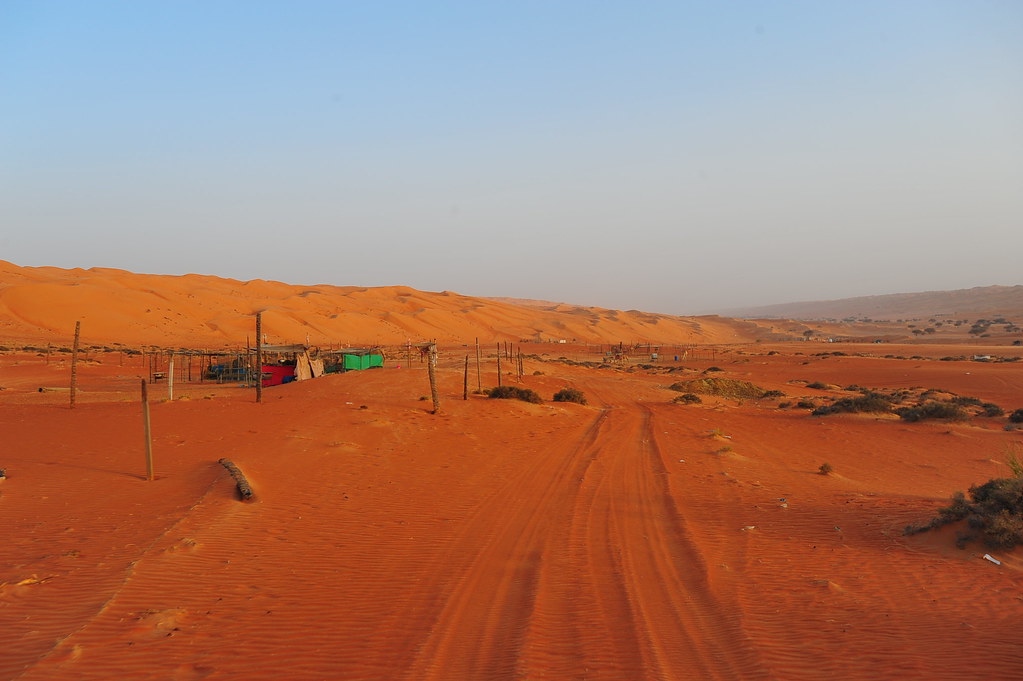 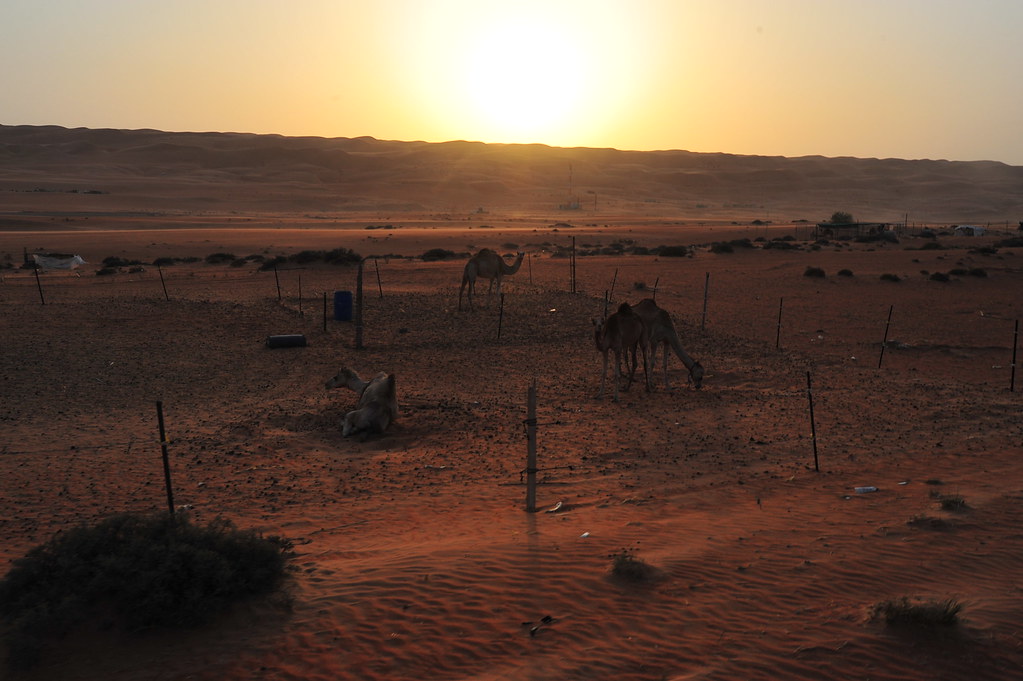 We then parked our 4×4 and sat on top of a dune ridge to admire the sunset: 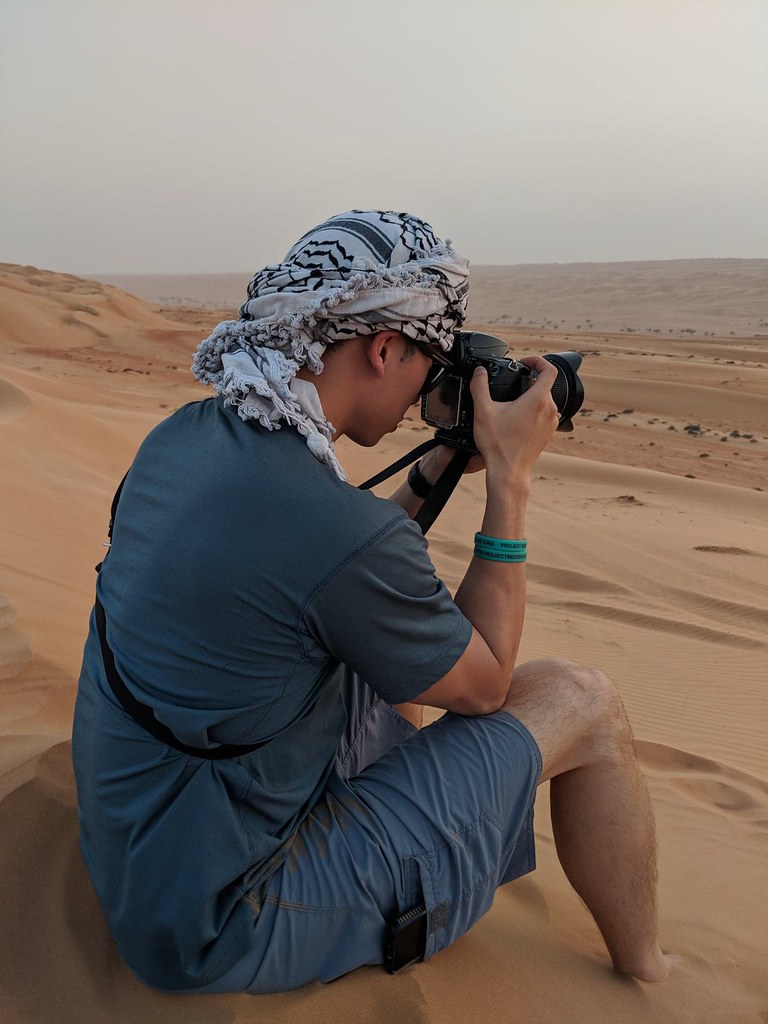 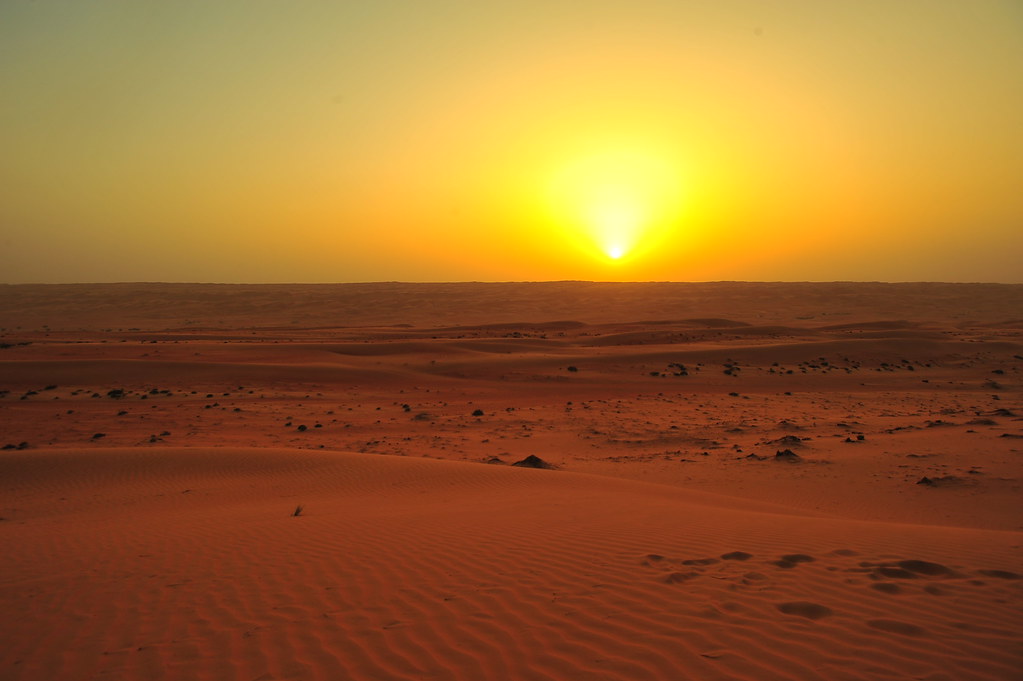 Afterwards we headed into the nearby town of Bidiya where we sat on a carpted floor outside and had a traditional Omani/Yemenese dinner. 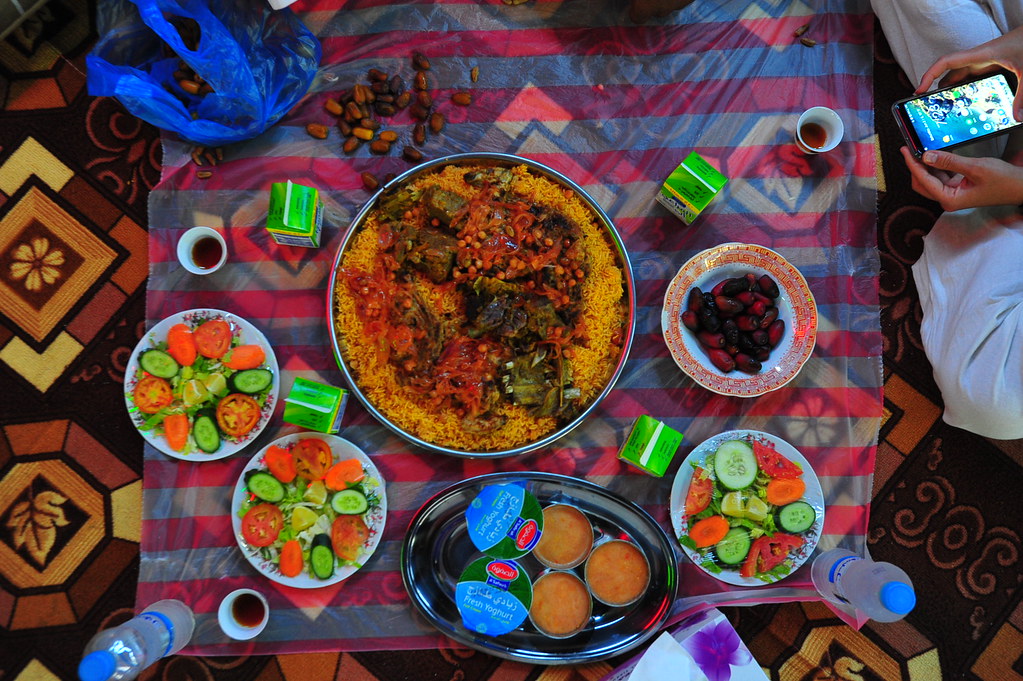 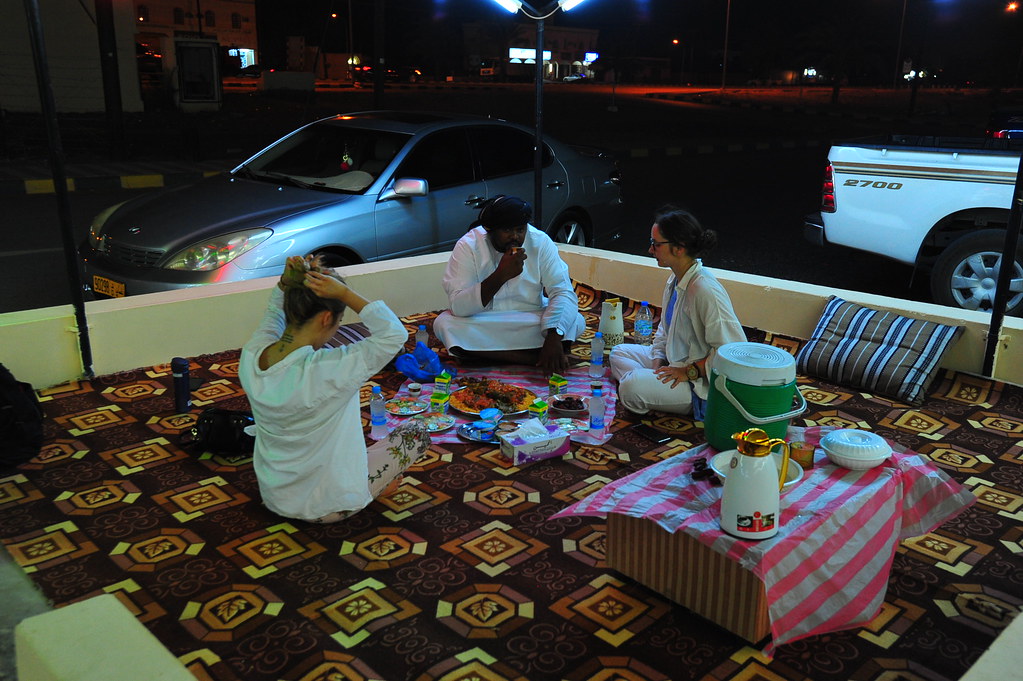 After dinner, we found a new café that just opened to enjoy some outdoor shisha while watching the England vs. Nigeria football match: 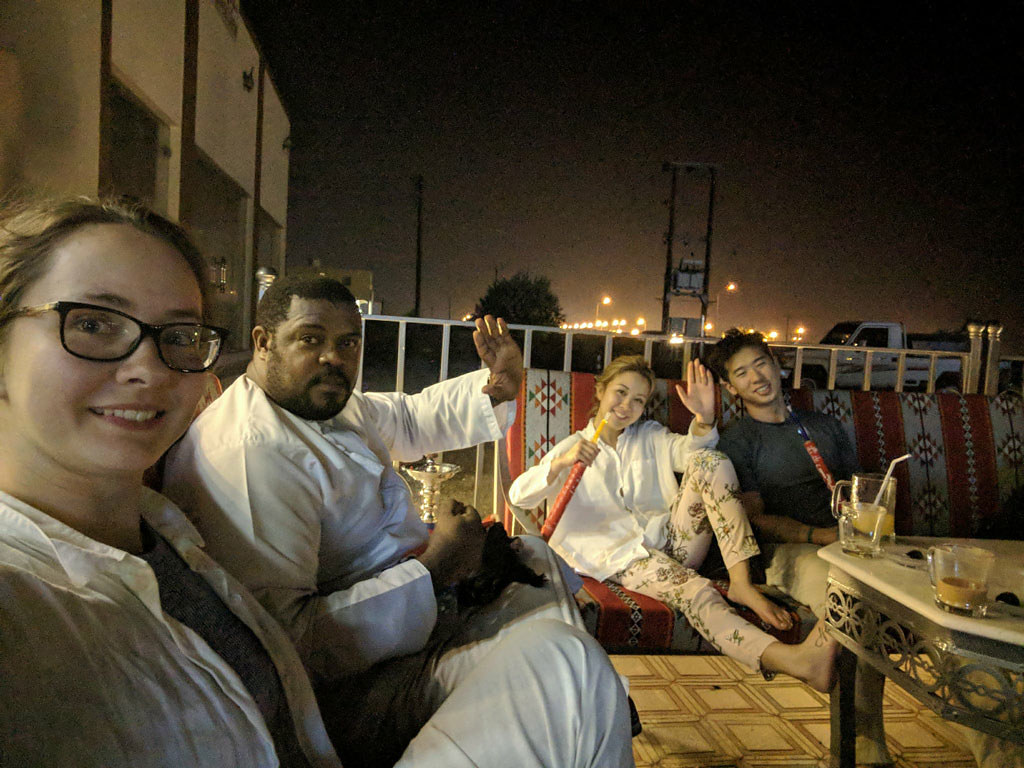 We then retired back to the middle of the desert for outdoor camping underneath the stars. Because of Ramadan, it seemed like we may have well been the only tourists out there that night: 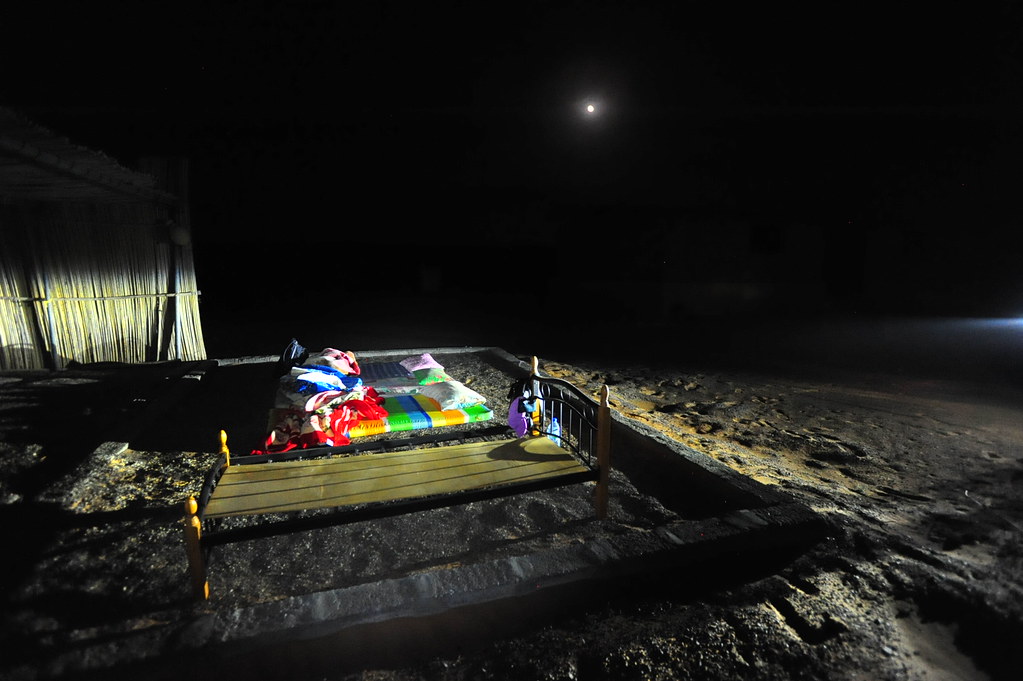 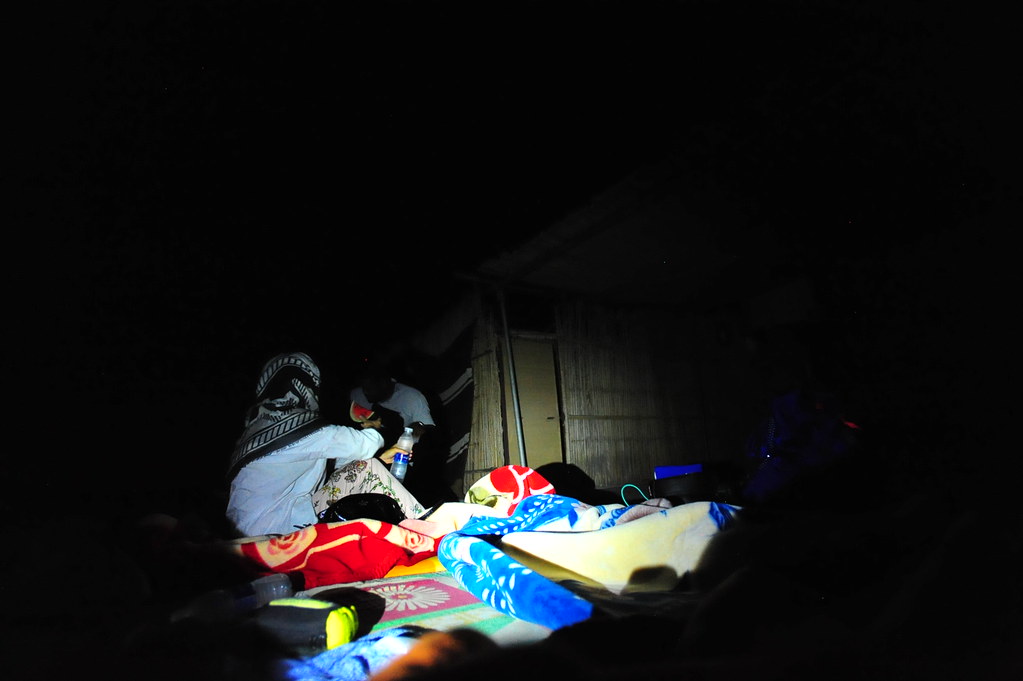 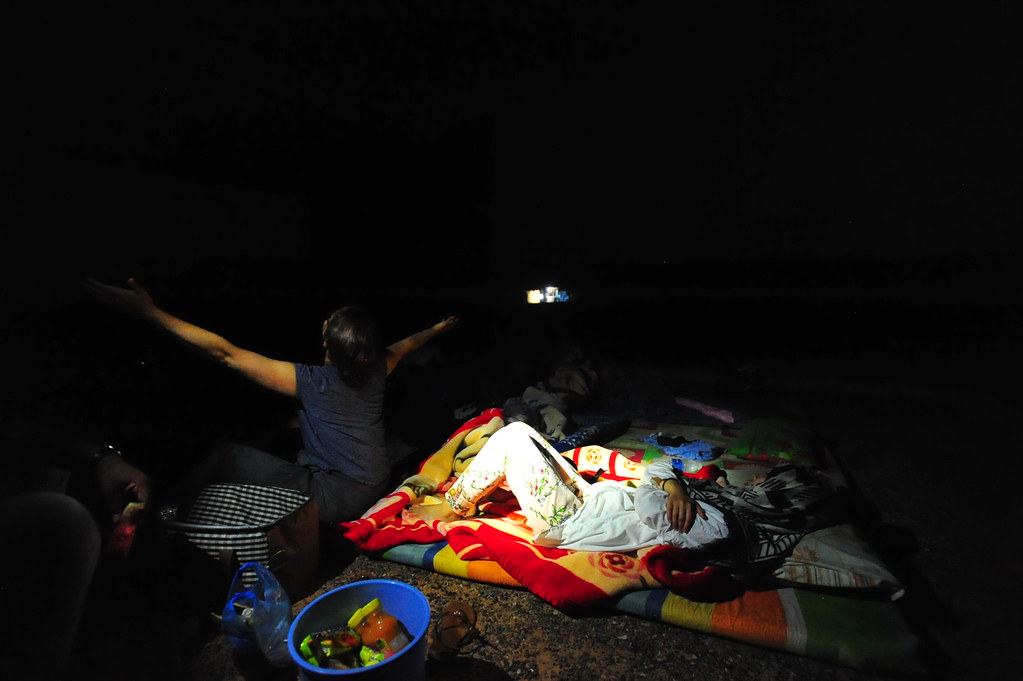 It was dead silent and so calm that we all quickly fell asleep. As I drifted off into slumber, I was instantly reminded of the time I wrote The Beauty of Relevance, back when I camped in the middle of India’s Thar Desert back in 2011.

The sun began to rise at around 5am: 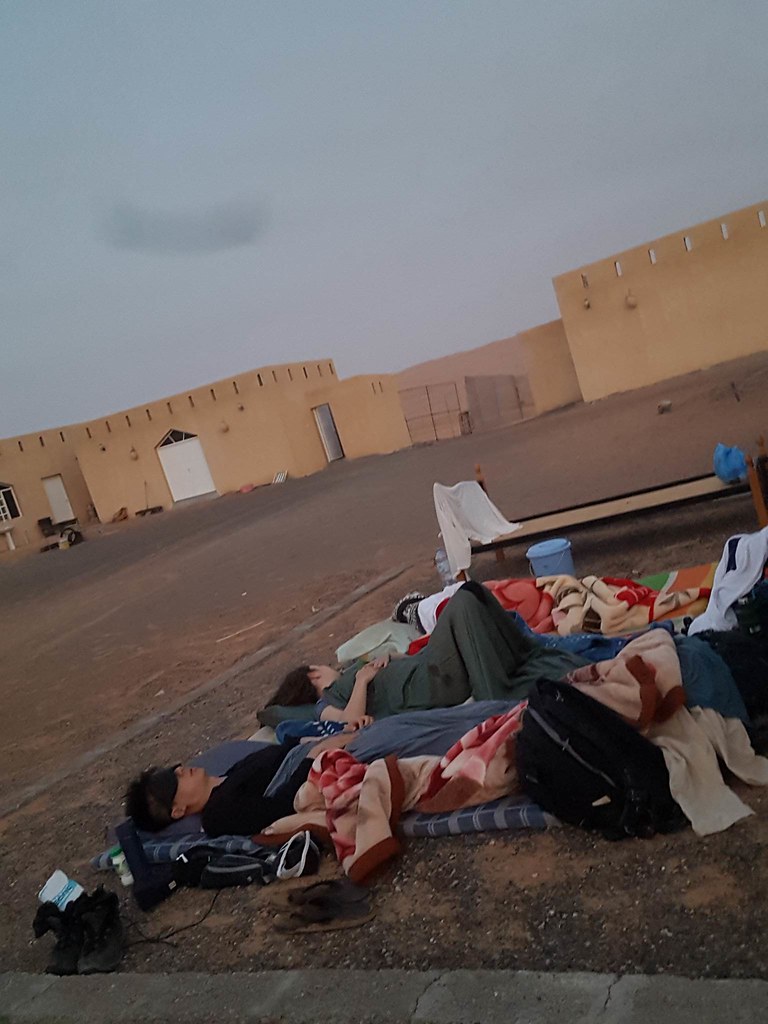 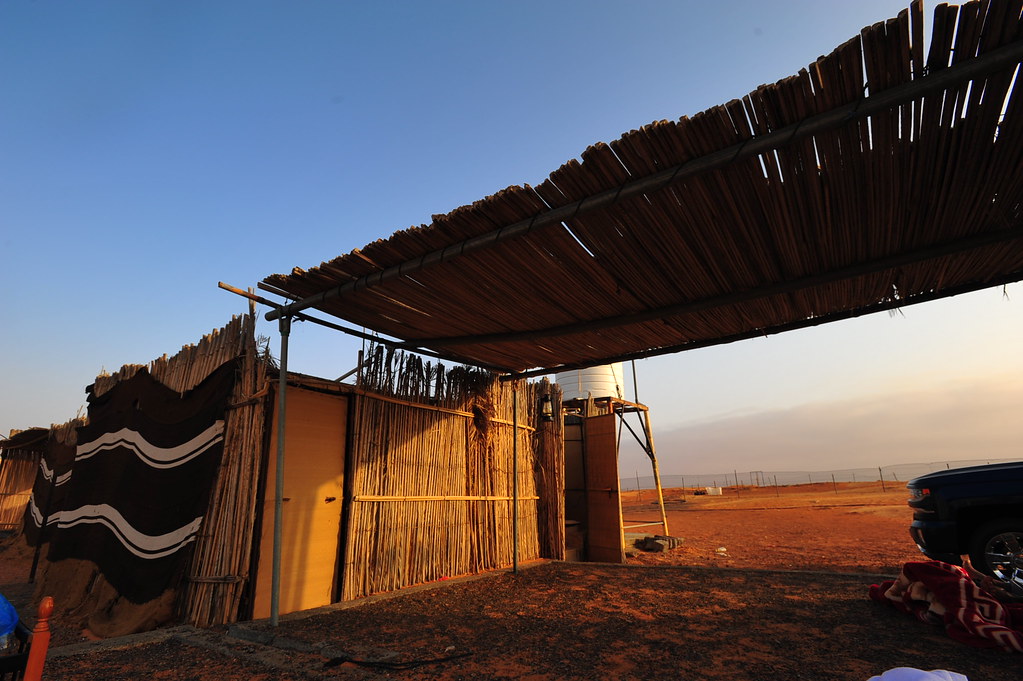 We began to get up at around 7am and cleaned ourselves up for the ride back to Muscat. 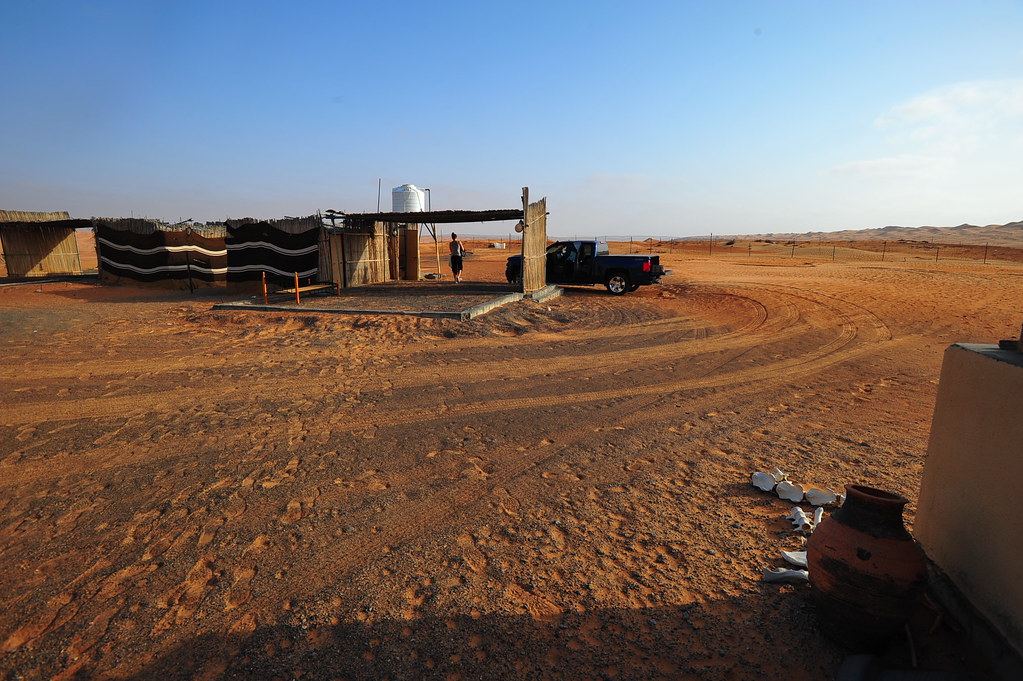 Talal even let me drive on the open desert to a nearby tribal camp. This would be my first time driving in a decade! 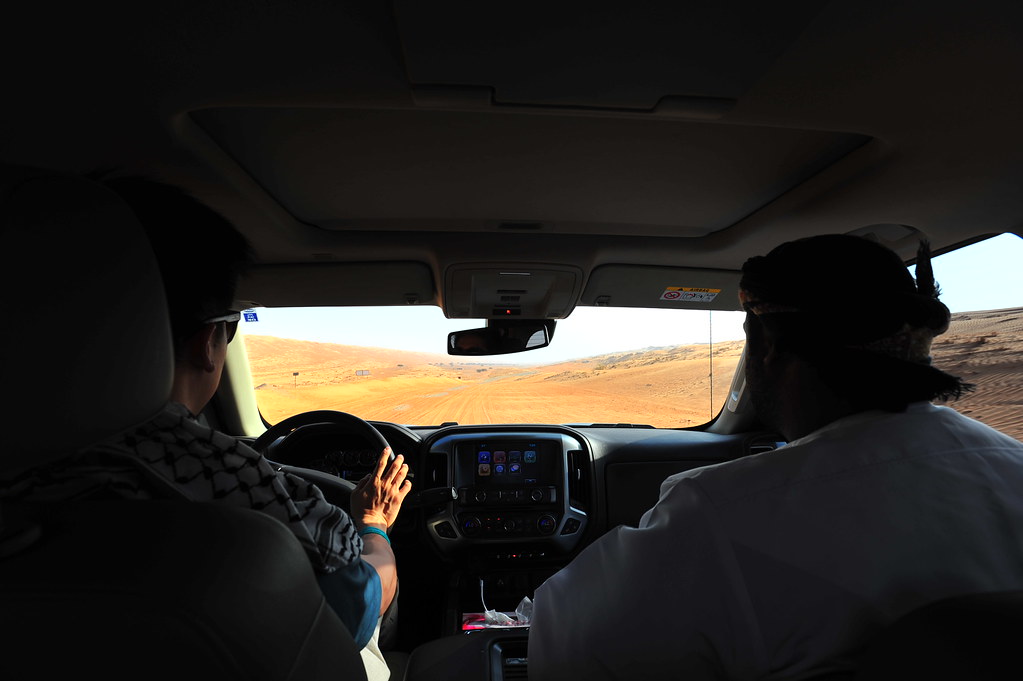 Once arriving at the camp we had some tea and breakfast, after which Ann shopped for souvenirs while Mihaela rode her first camel for 3 OMR. 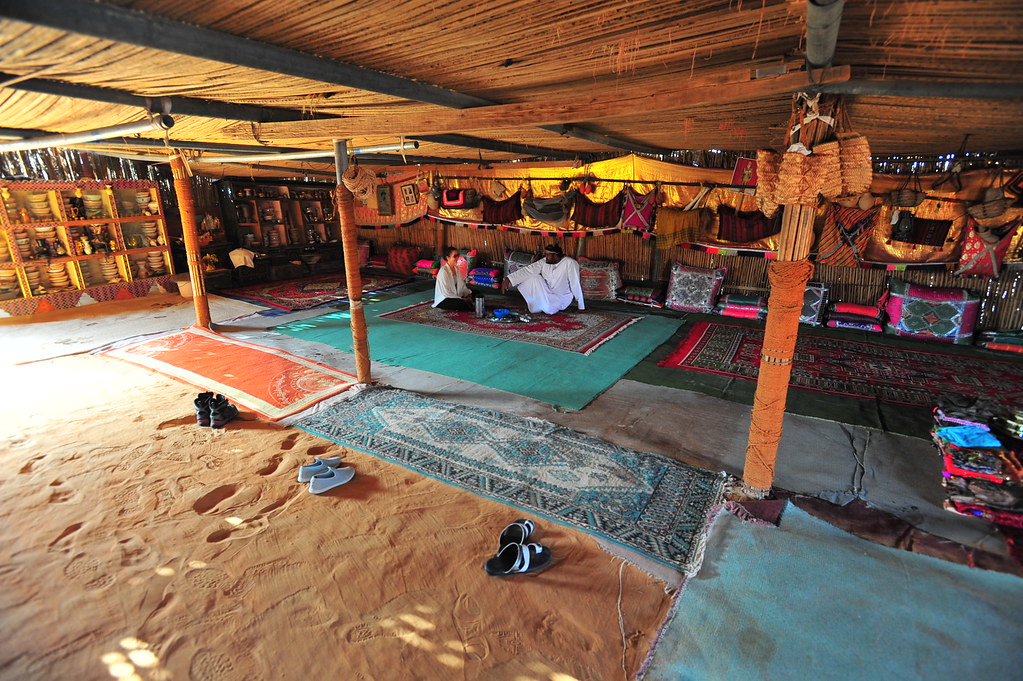 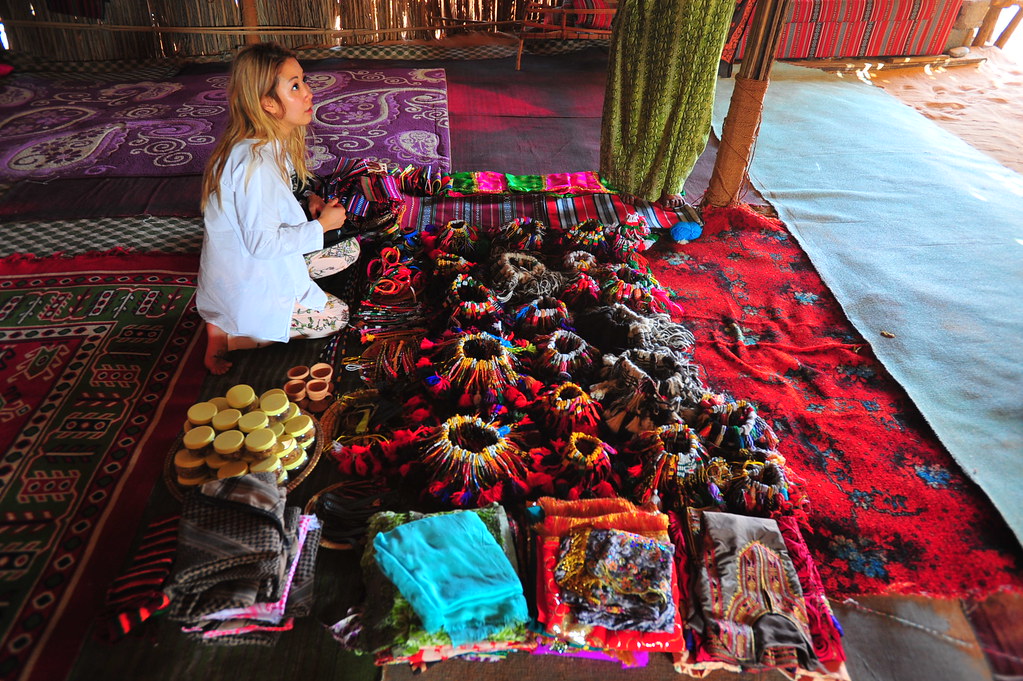 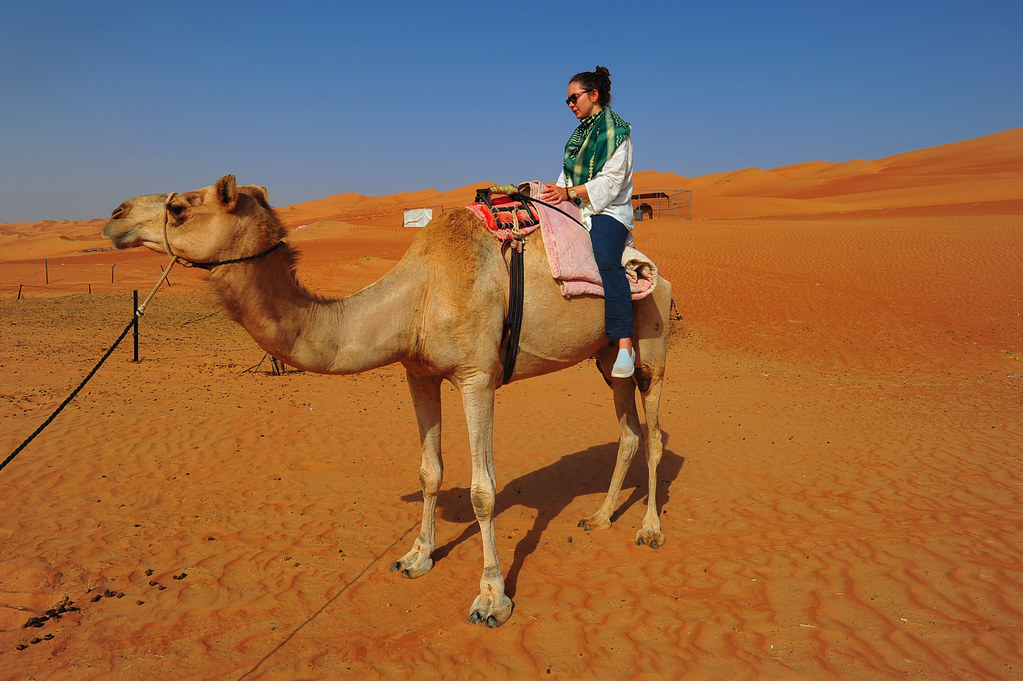