Gobs And Gobs Of Mud Volcanoes In Gobustan

With 2 days wandering about in Baku behind, Elizabeth, Brandon and I got up at 9:30am today and hopped on with Fuad of Guided Azerbaijan in his 4WD and headed for the Gobustan State Reserve.

Located about 40 miles southwest of Baku, the national park was established in 1966 in an attempt to preserve the ancient petroglyphs, mud volcanoes and gas-stones in the region. For 5 manats per adult (or 1 manat per student) we gained access to its high-end museum that gives a good introduction of the history of the region. 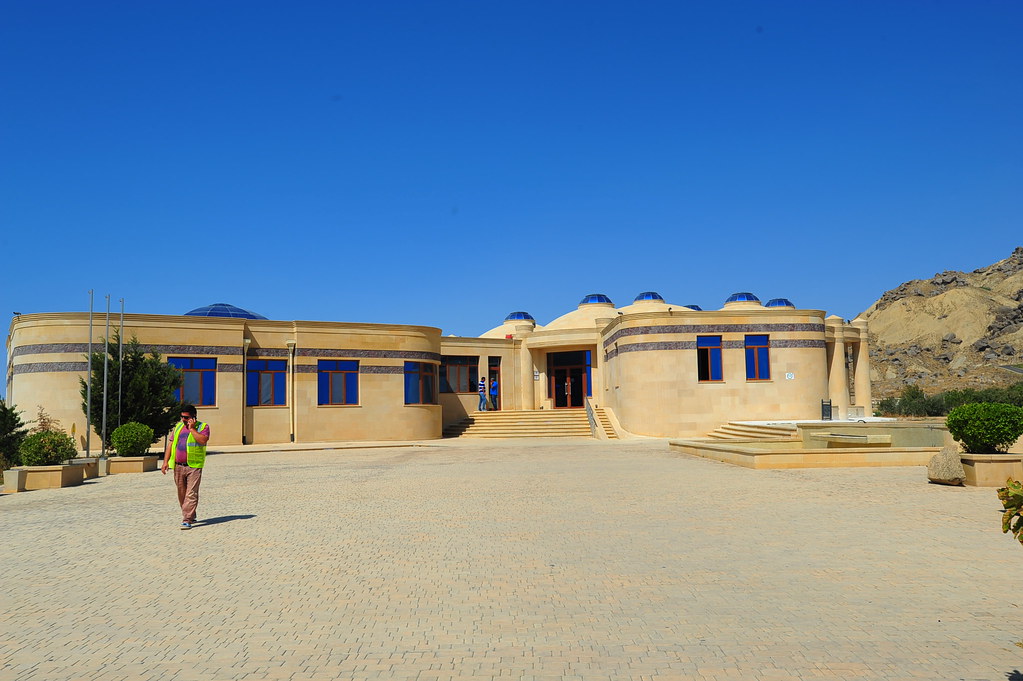 After about 20 minutes in the museum with Fuad giving a fantastic tour, we drove a few minutes up to the petroglyphs themselves, still preserved to this day. 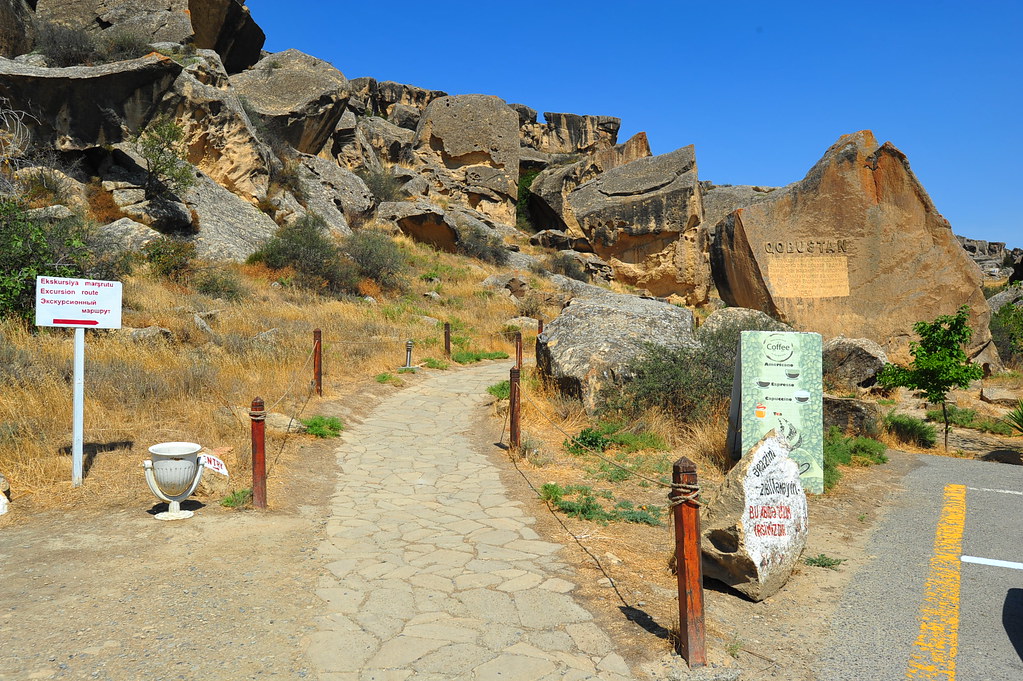 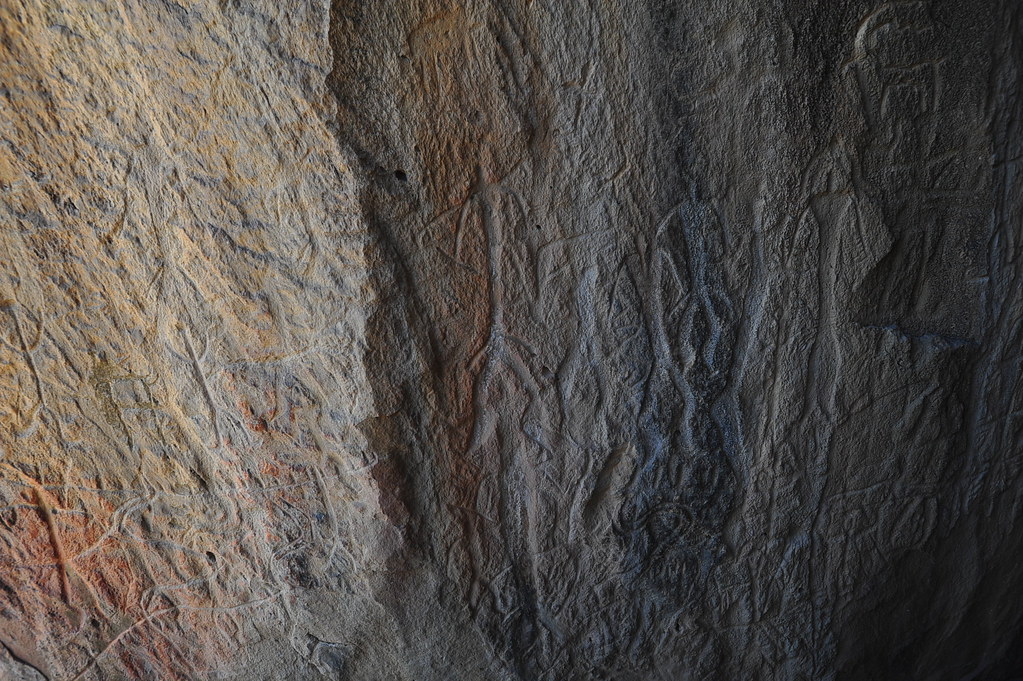 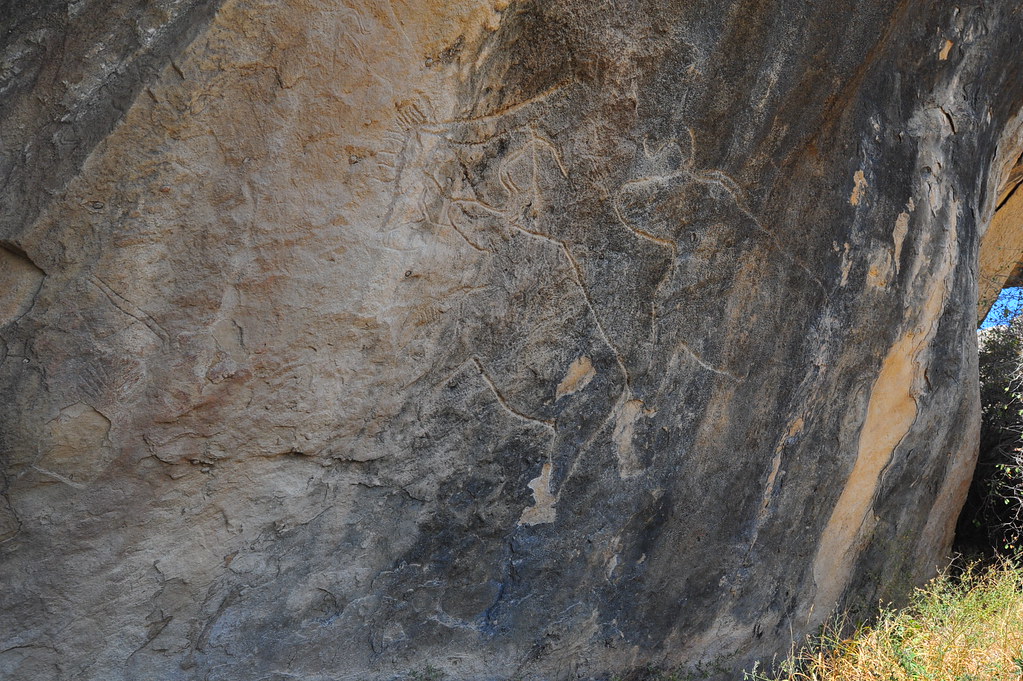 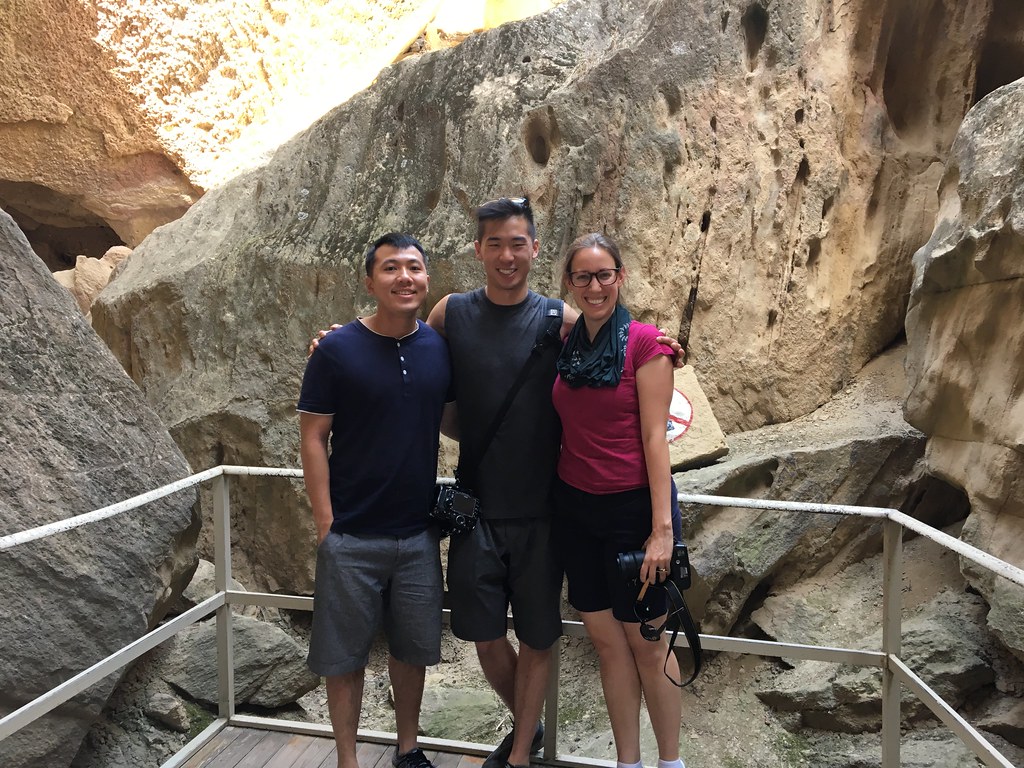 Brandon and Elizabeth wandered up towards the coast for the obligatory photo on a cliff: 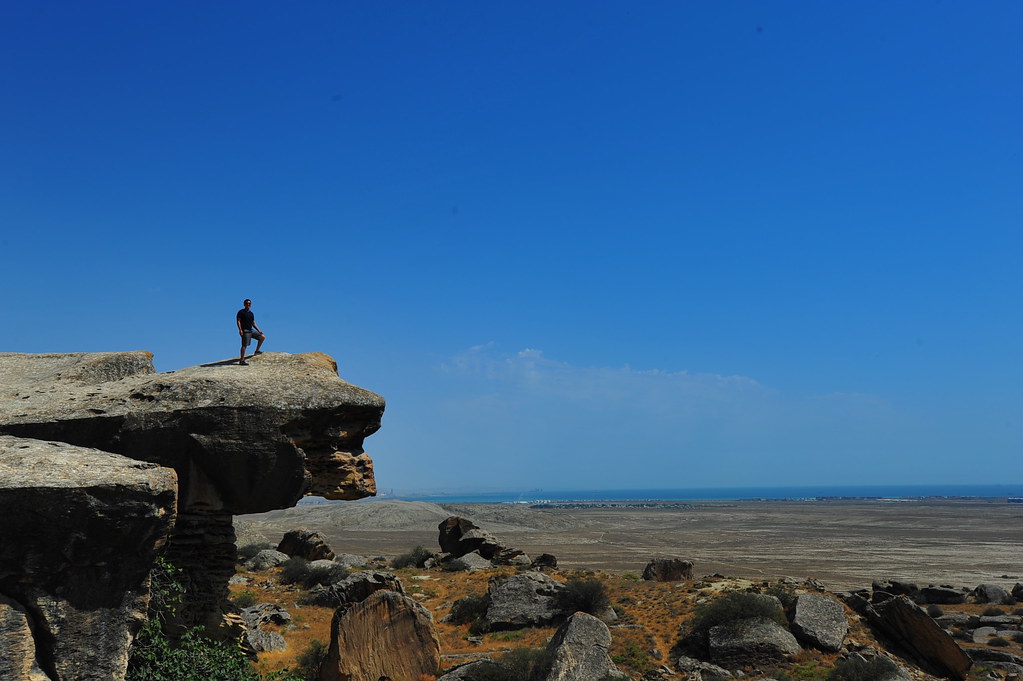 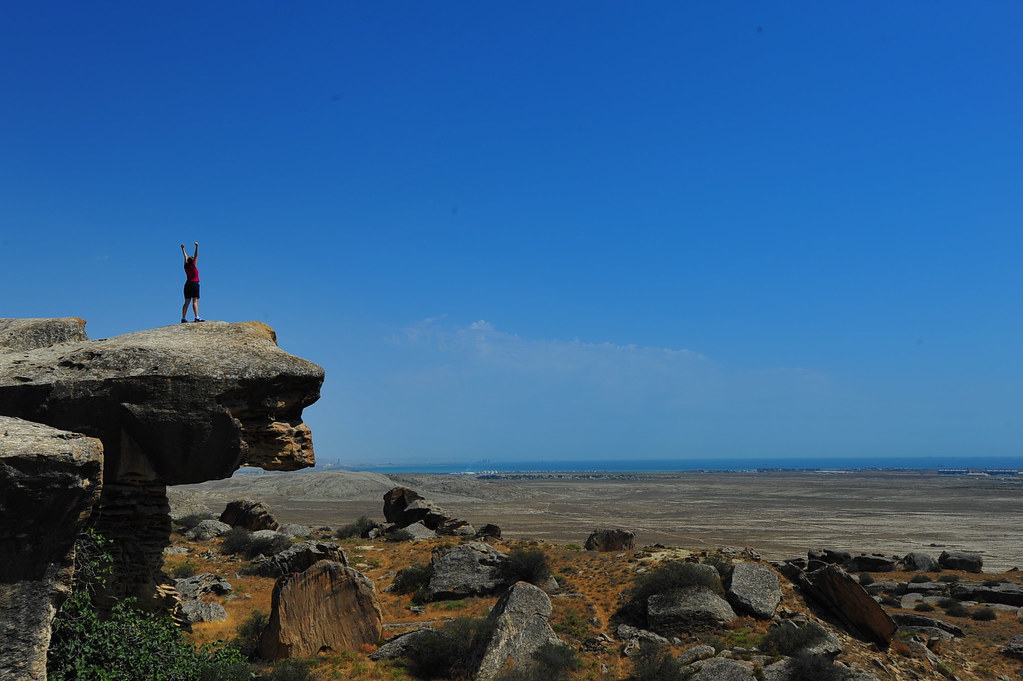 After about 30-40 minutes walking around and checking out the petroglyphs, we got back in our car and drove to a parking lot to switch vehicles. Here a local taxi driver drove us for about 15 minutes uphill to Azerbaijan’s famous Mud Volcanoes.

While over a thousand mud volcanoes are known to exist in the world, at least 400 of those are here in Azerbaijan. 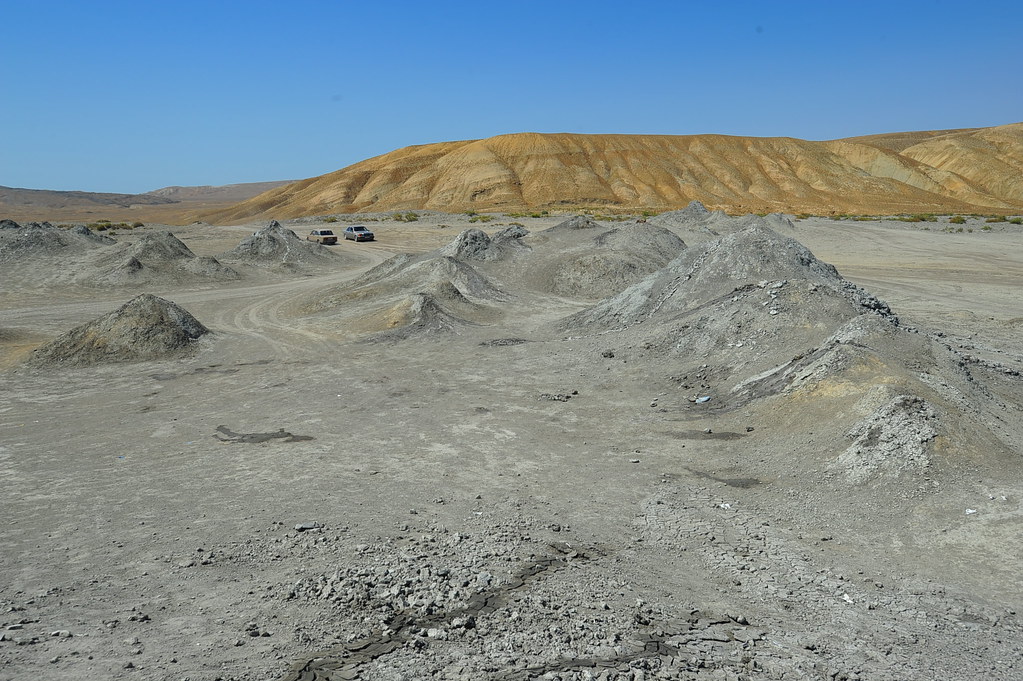 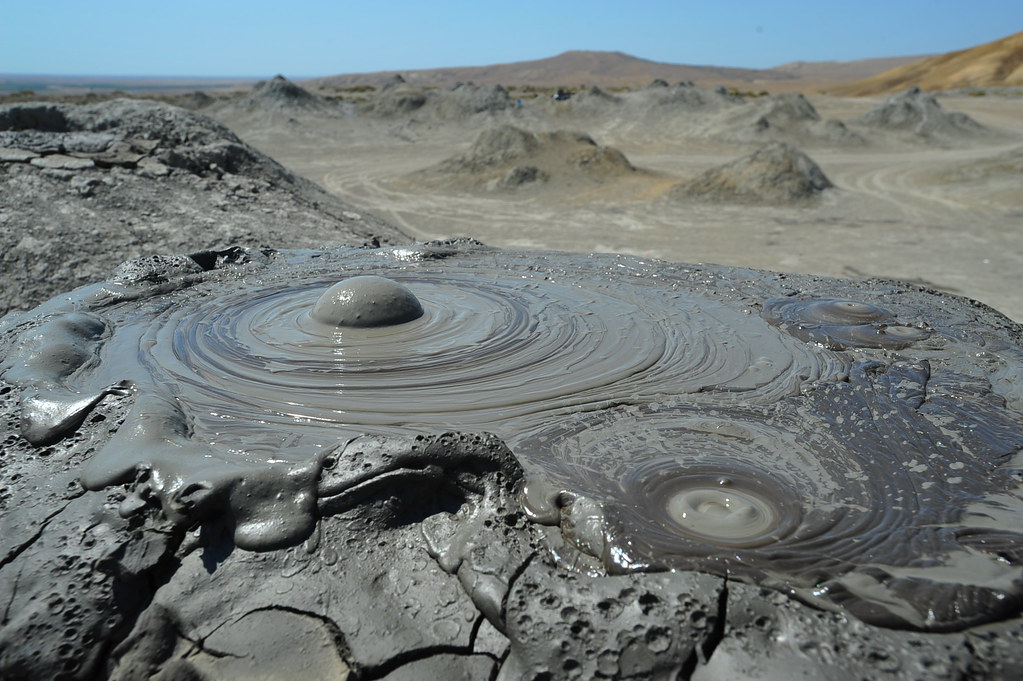 Although the mud volcanoes are still spewing and bubbling out superheated mud right in front of your face, it’s the general surreal moonscape where these volcanoes are located that was most impressive: 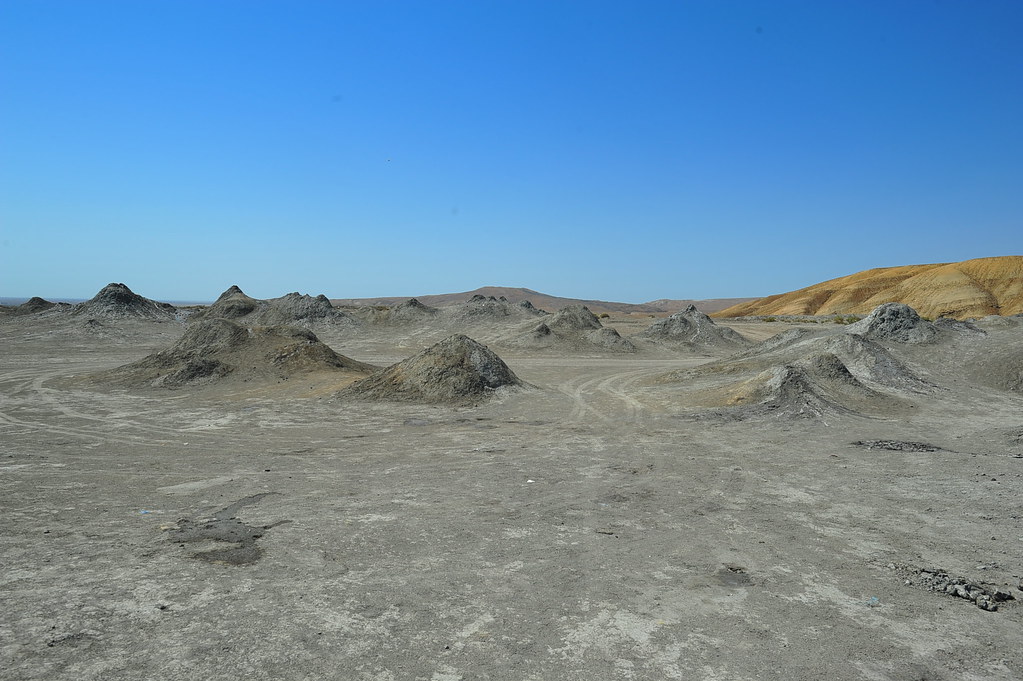 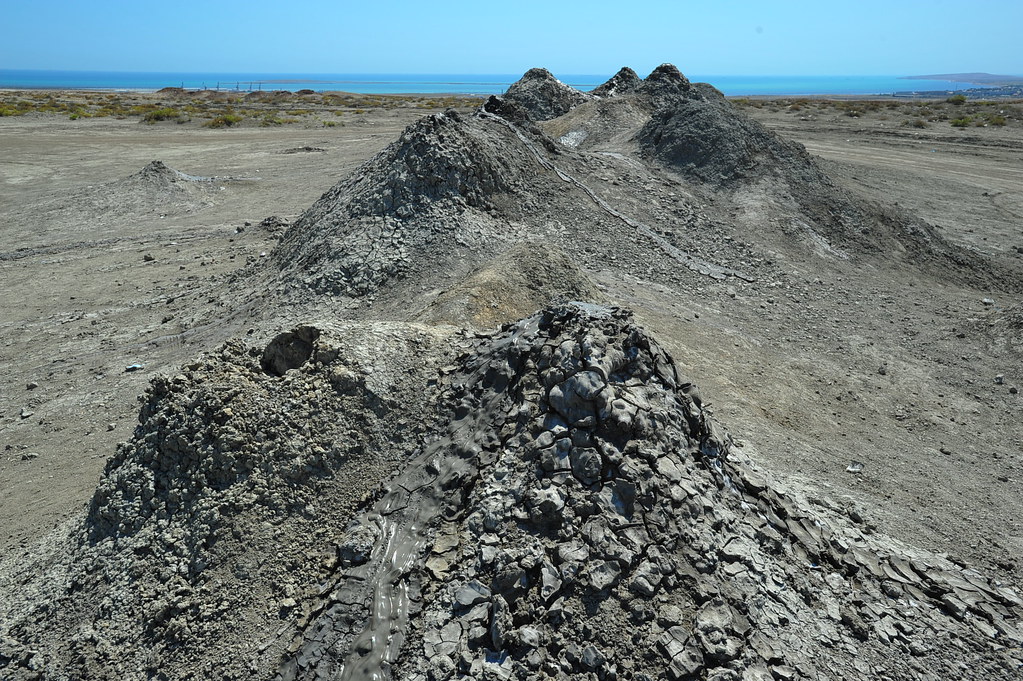 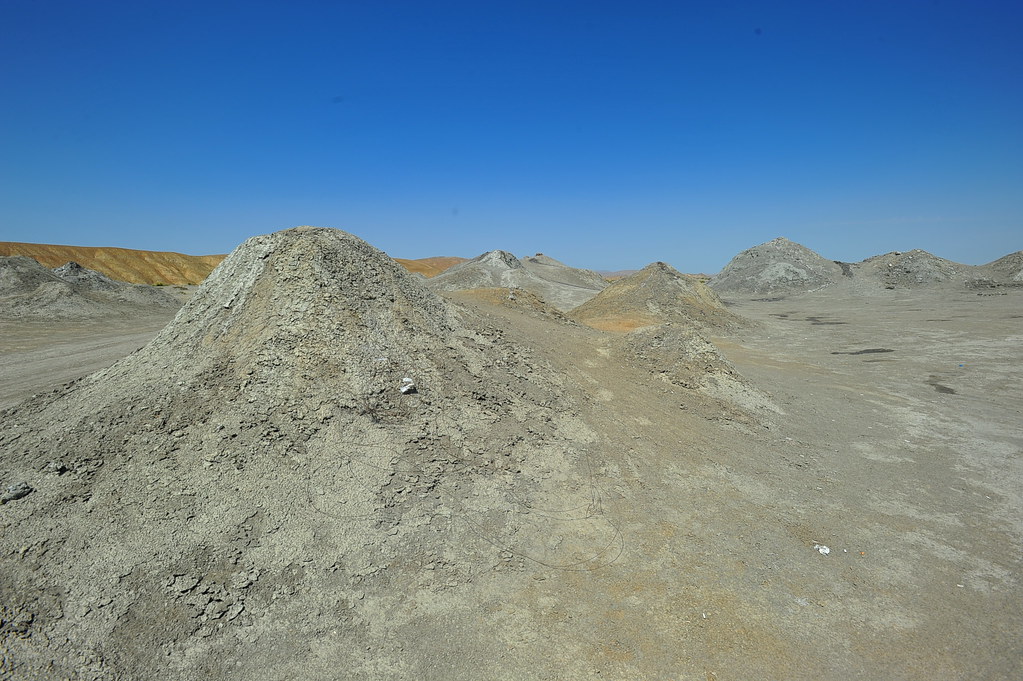 After about 20 minutes here we drove back to the parking lot where Fuad recollected us and drove us back towards Baku, stopping by Derya Fishbar for lunch.

Funny note, I had previously marked Derya as a place I wanted to go a few weeks back while preparing for the trip, but totally forgot about marking it until Fuad took us here himself and I made the neural connection. Win!

It’s arguably the best place to get seafood here in Baku. 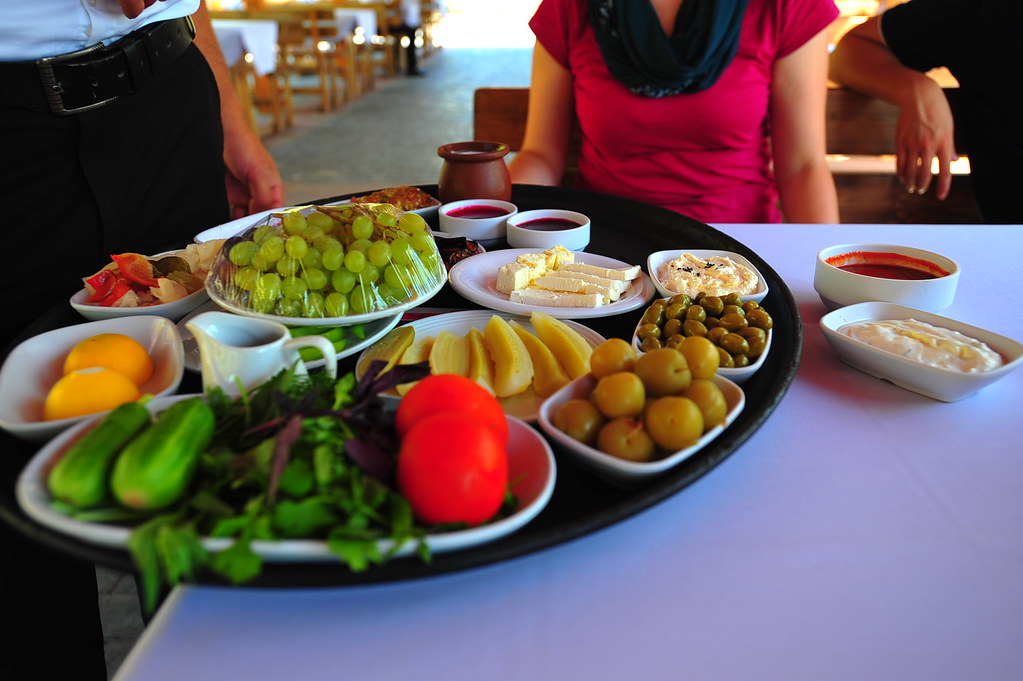 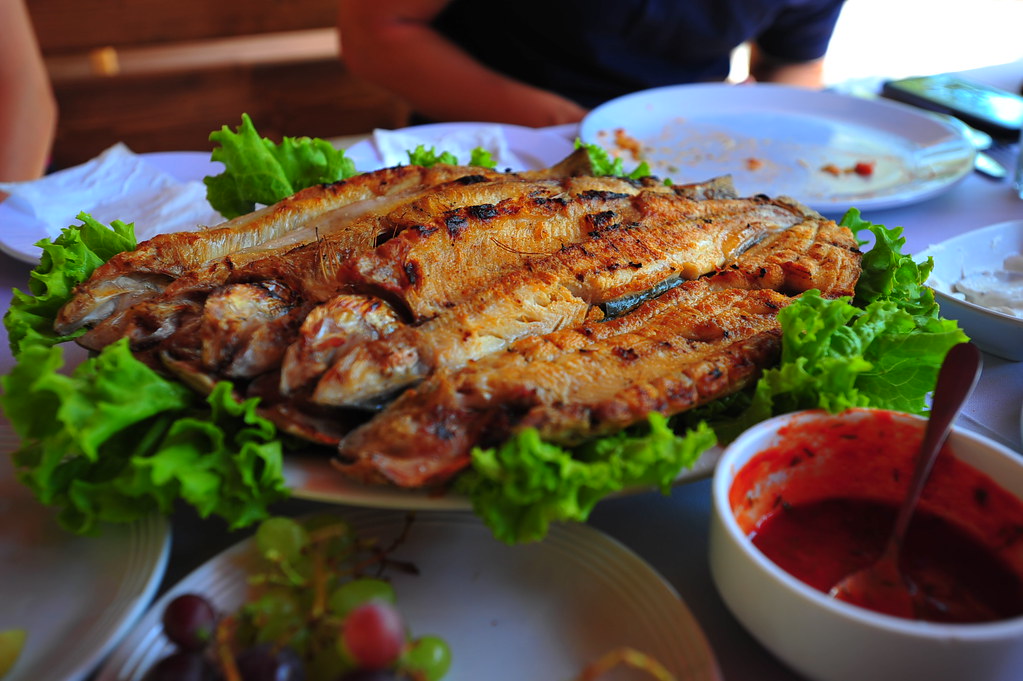 After an hour eating here we drove onwards north for the Ateşgah Fire Temple and Yanardag.