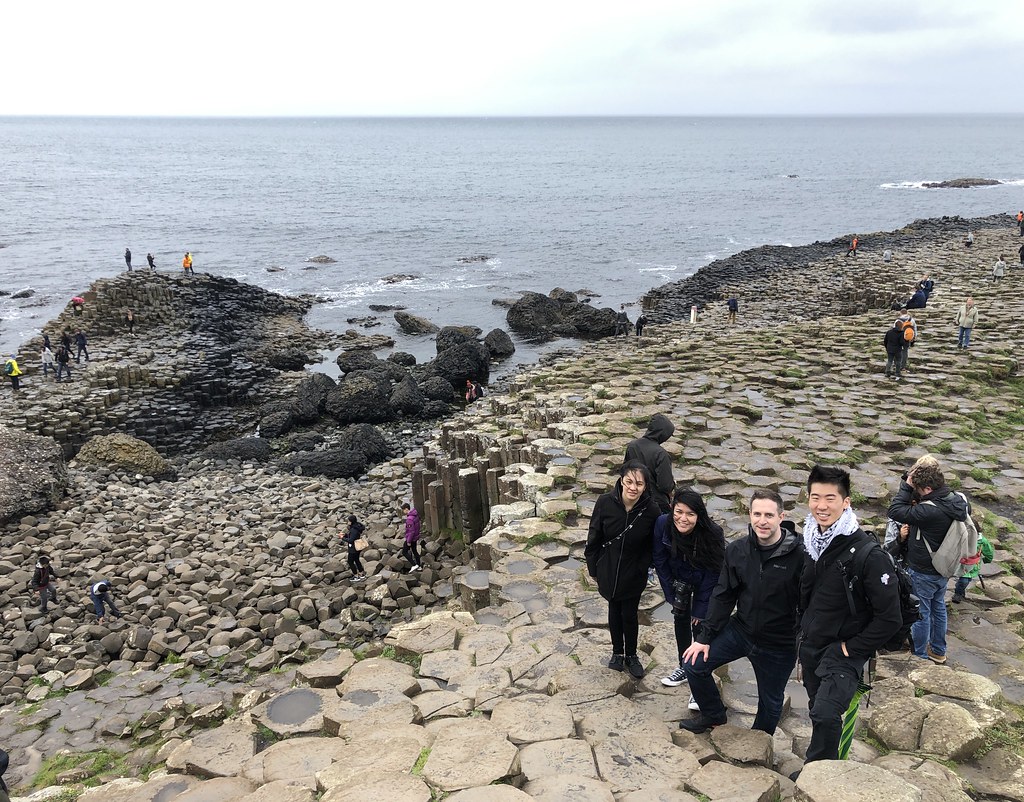 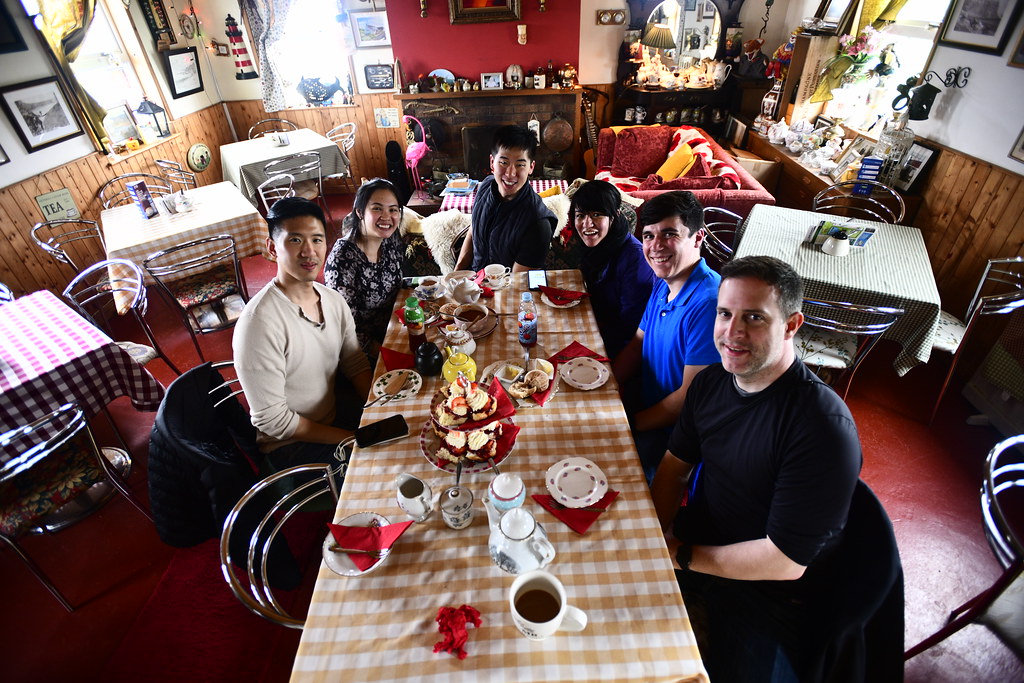 After last evening exploring Belfast and dining at Ox, we returned the next morning to Established Coffee for a quick breakfast: 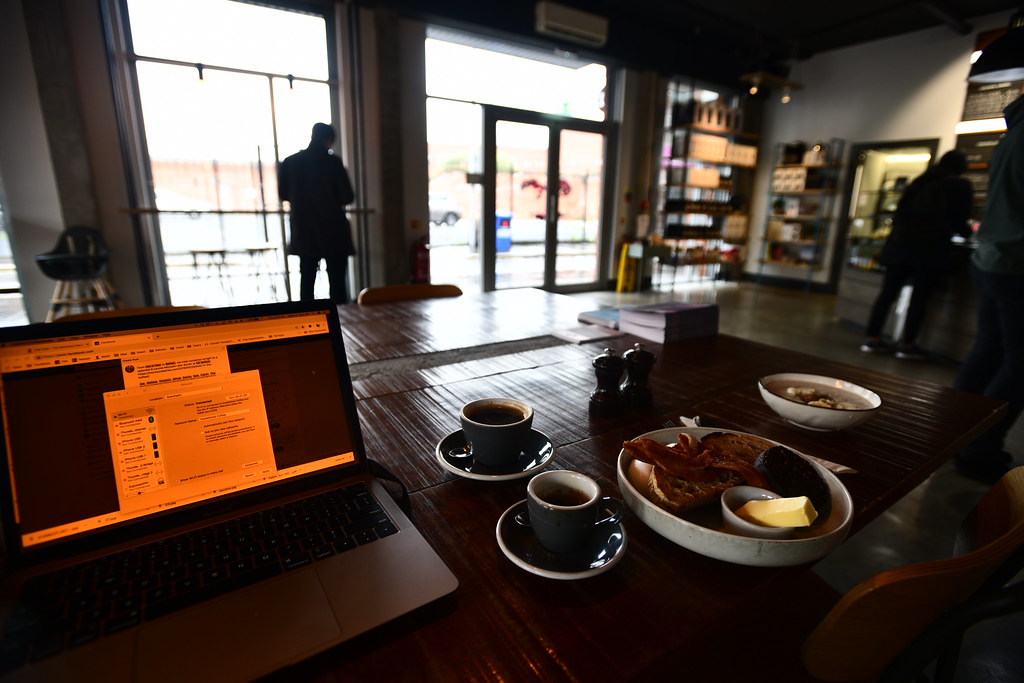 Then we were picked up by Paddy Campbell’s Famous Black Cab Tours by the legendary Paddy Campbell himself at 8:30am and was guided to an alternative tour of the darker history of Northern Ireland (between the Republicans/Catholics and the Loyalists/Protestants) known by many as “The Troubles.”

There are many “Black Cab Tours” imitators out there, but Paddy Campbell is the real OG.

We first took in the political murals of both the Falls and Shankill roads, learning about the perennial violence that took place on these streets: 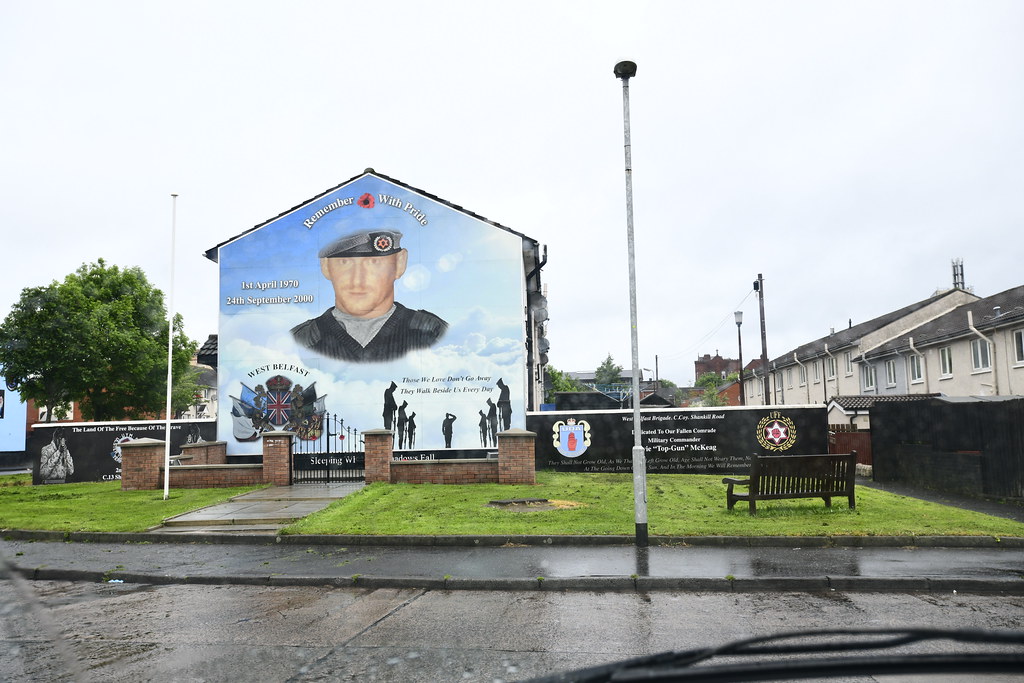 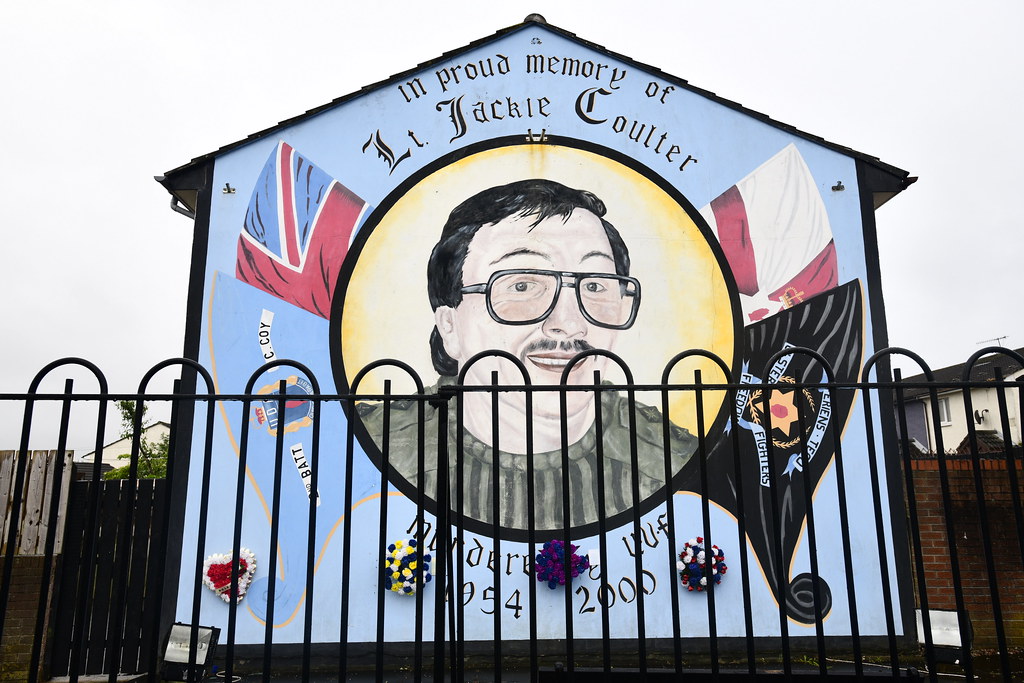 We then drove up to and around the Peaceline, a modern day “Berlin Wall” where a series of separation barriers in Northern Ireland still separate predominantly Republican and Nationalist Catholic neighborhoods from predominantly Loyalist and Unionist Protestant neighborhoods: 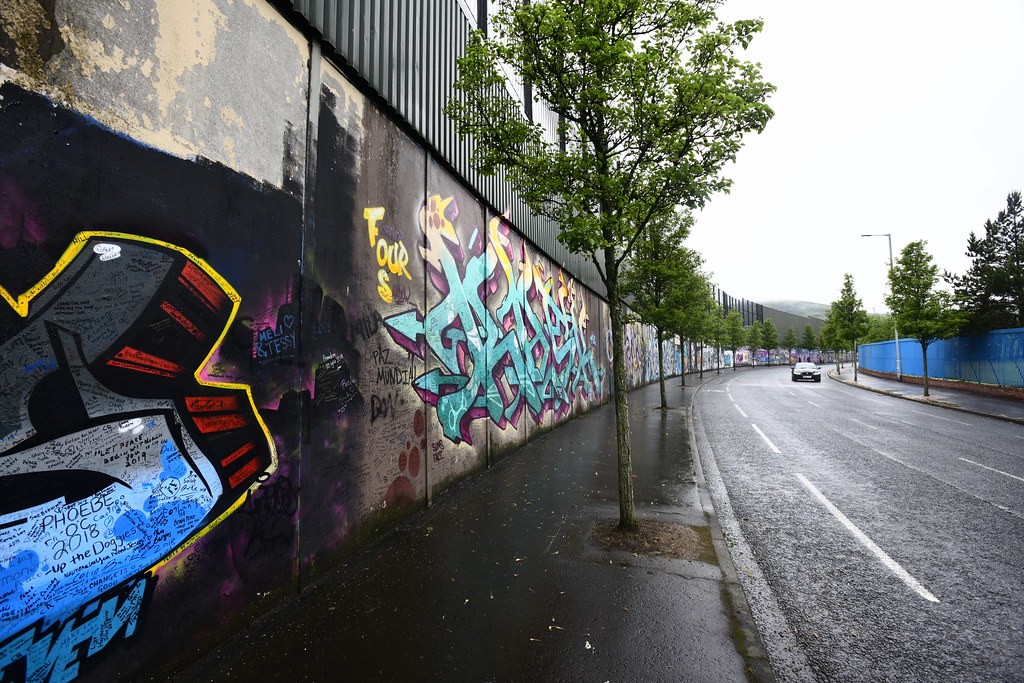 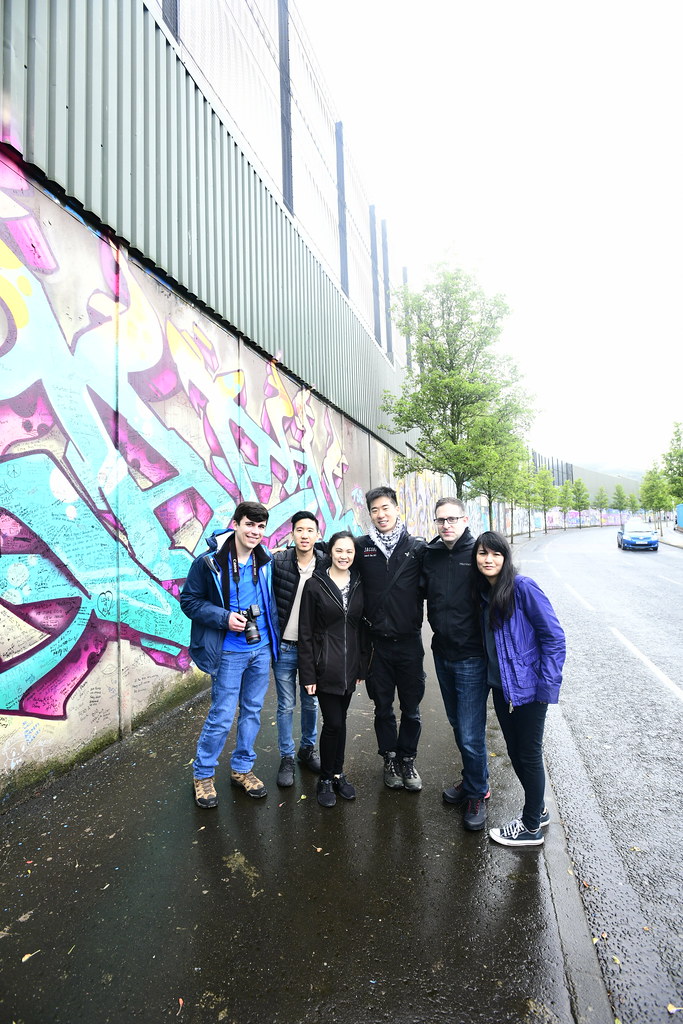 We then drove by the International Wall that compares the struggle to that of Israel/Palestine, Black Lives Matter, and other similar conflicts worldwide: 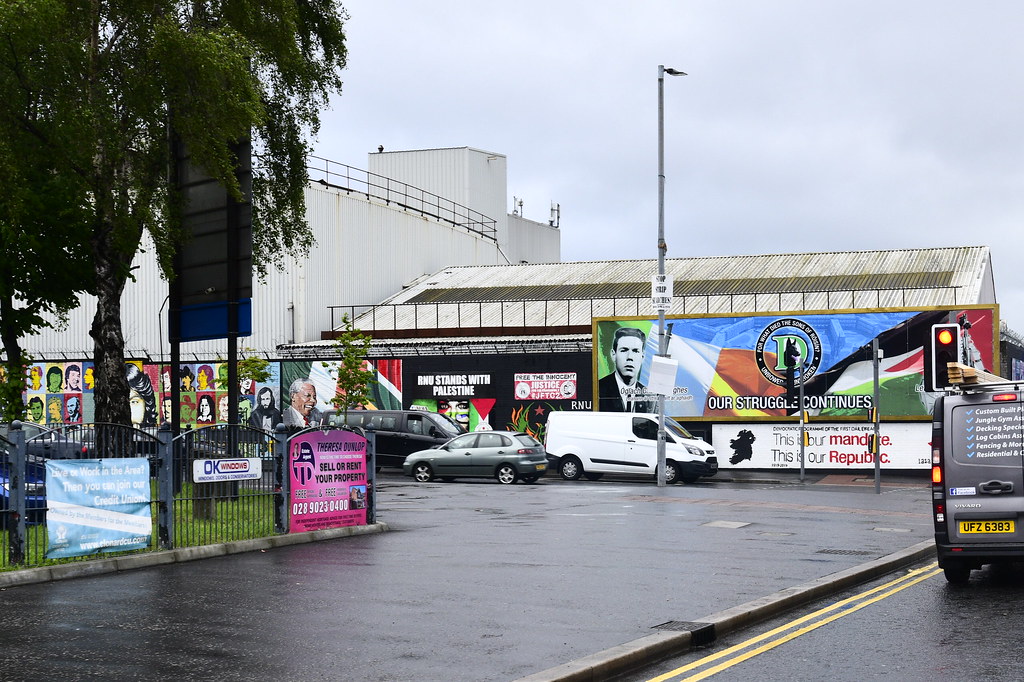 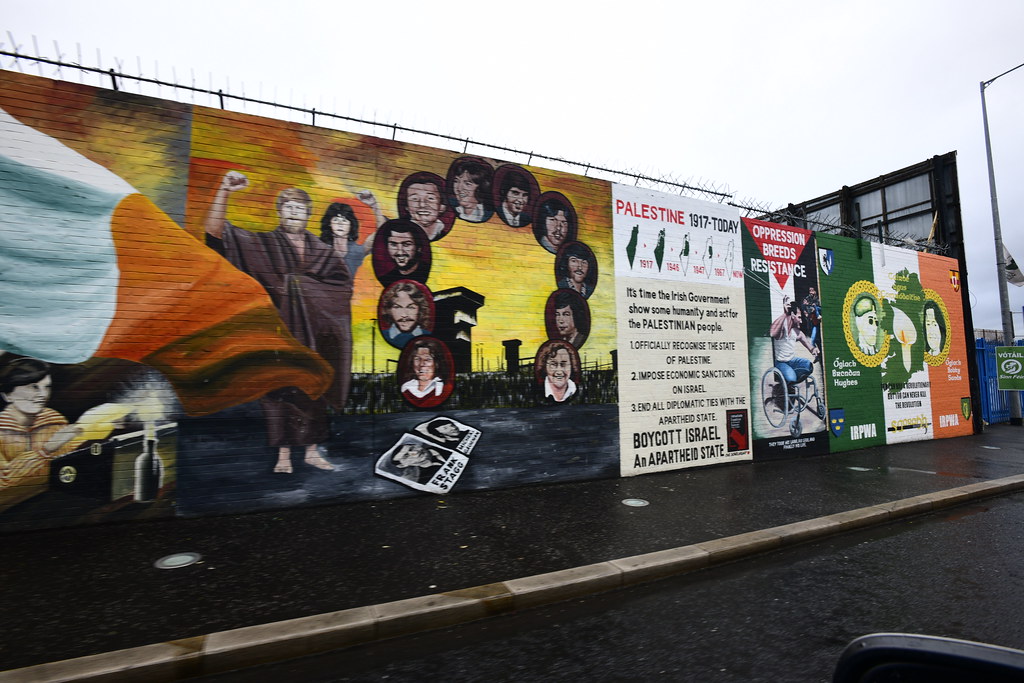 And finally we stopped at Bombay Street, where it all started in 1969: 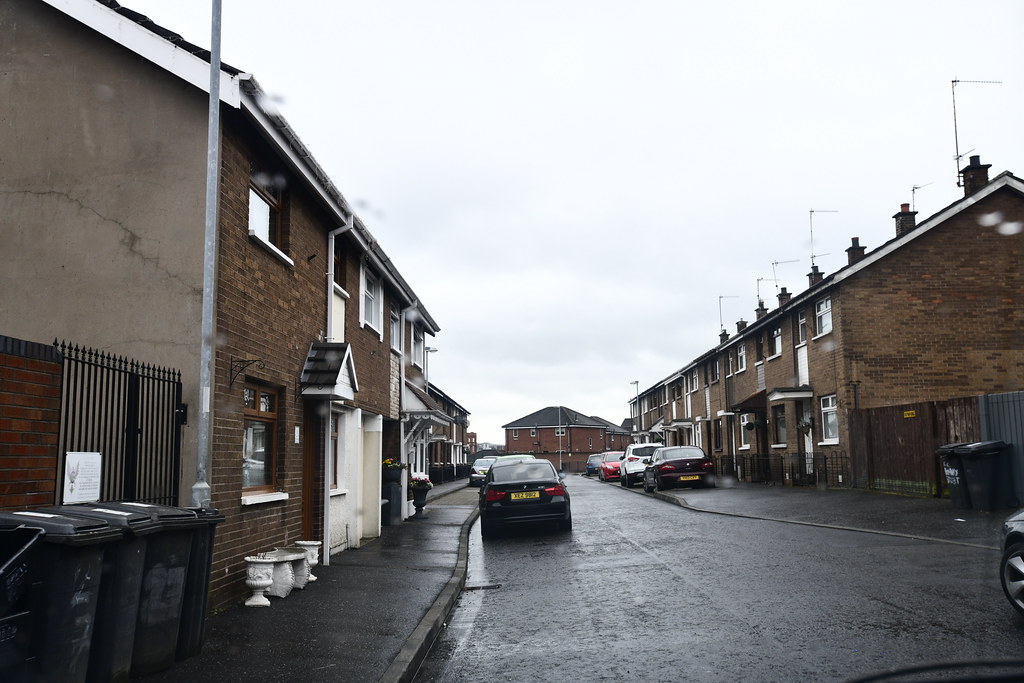 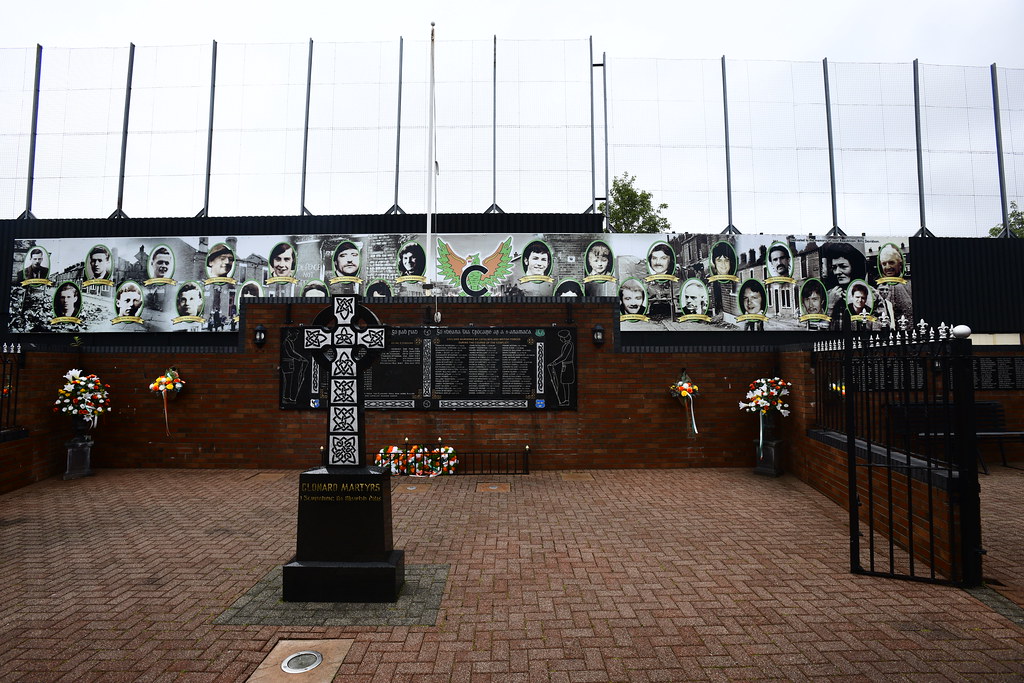 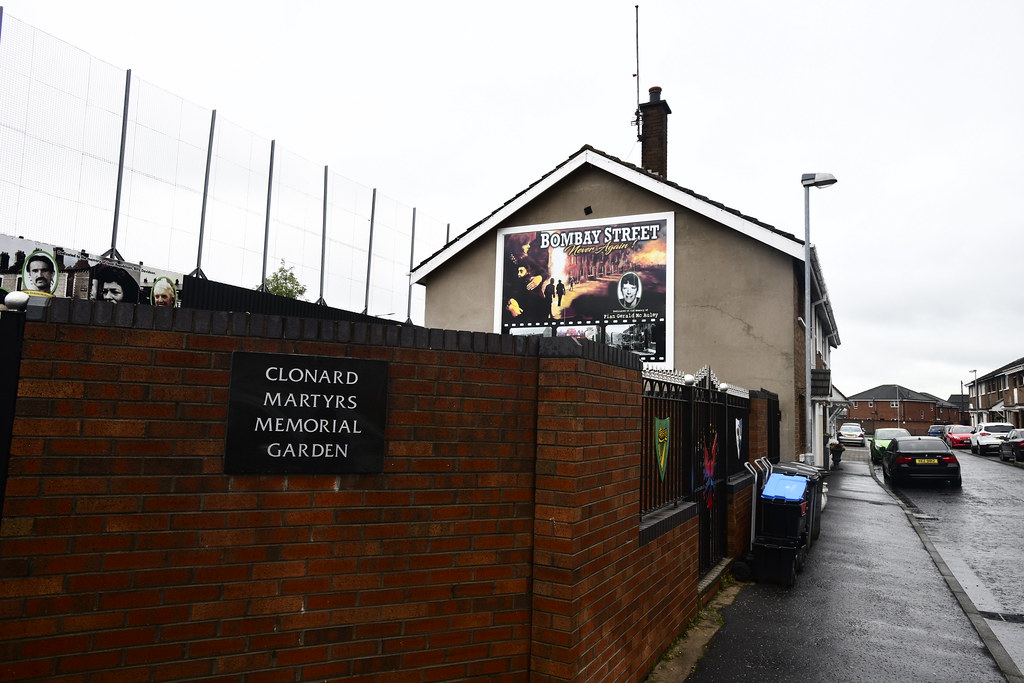 After an informative 90 minute tour, we then drove north for our adventure around greater Northern Ireland.

About a 30 minute drive from Belfast are the picturesque and eerie Dark Hedges, famous for its cameo appearance in Game Of Thrones: 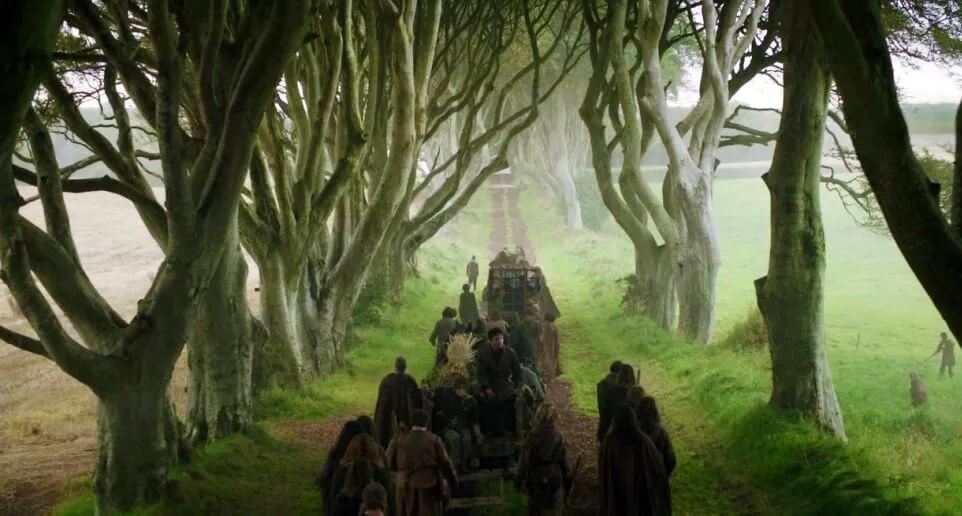 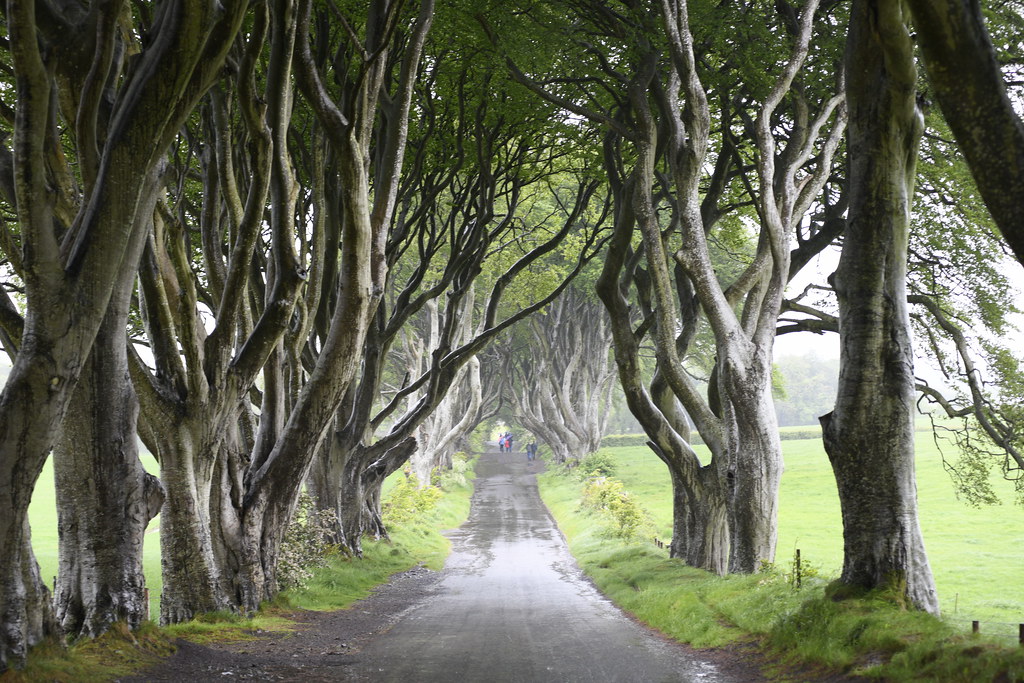 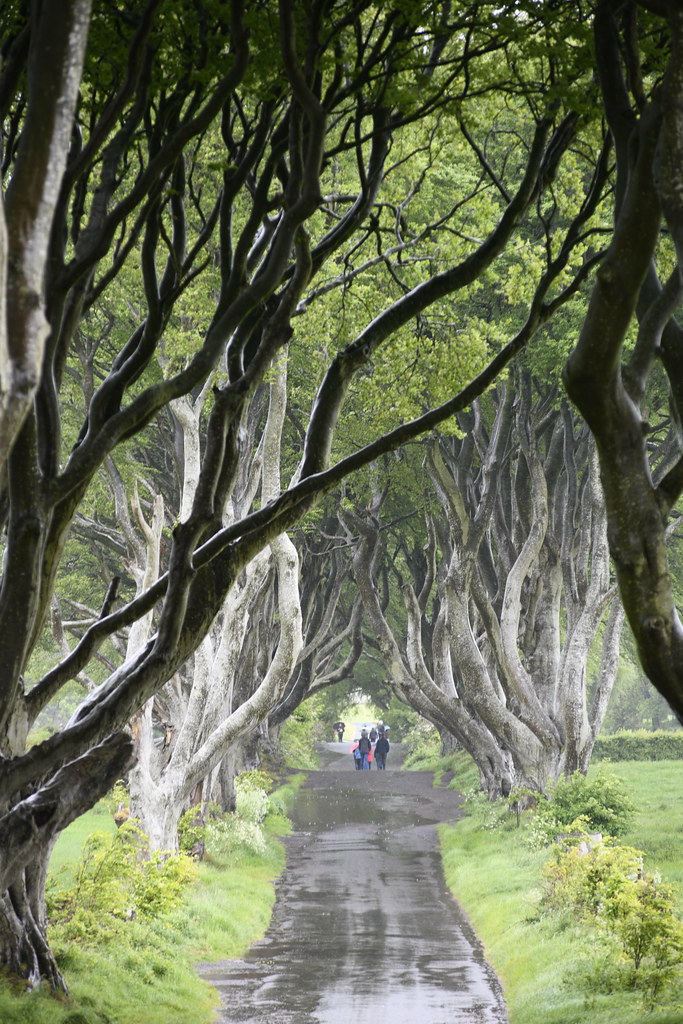 We then drove another 30 minutes to the Ballintoy Harbor and coast, first reaching the famous rope bridge of Carrick-a-Rede. Despite the constant rain and fog, the views were splendid.

“God was in a good mood when he created Northern Ireland. They just forgot to put up a roof.” 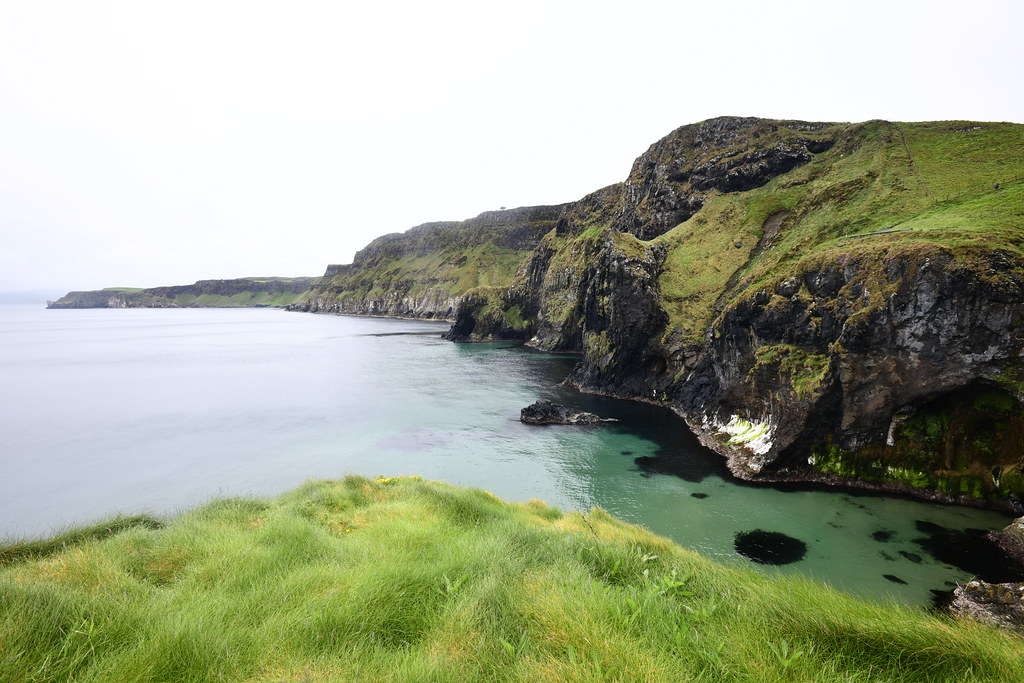 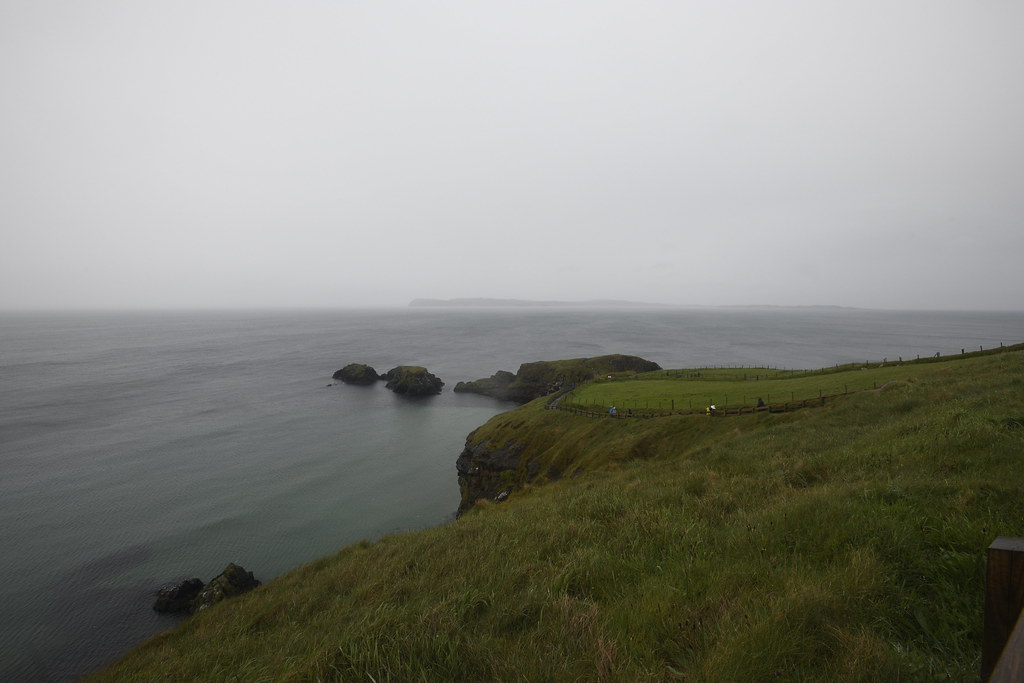 You have to pay 9£ at the front by the car park if you want to cross the rope bridge (and only after another 15 minute hike to get there): 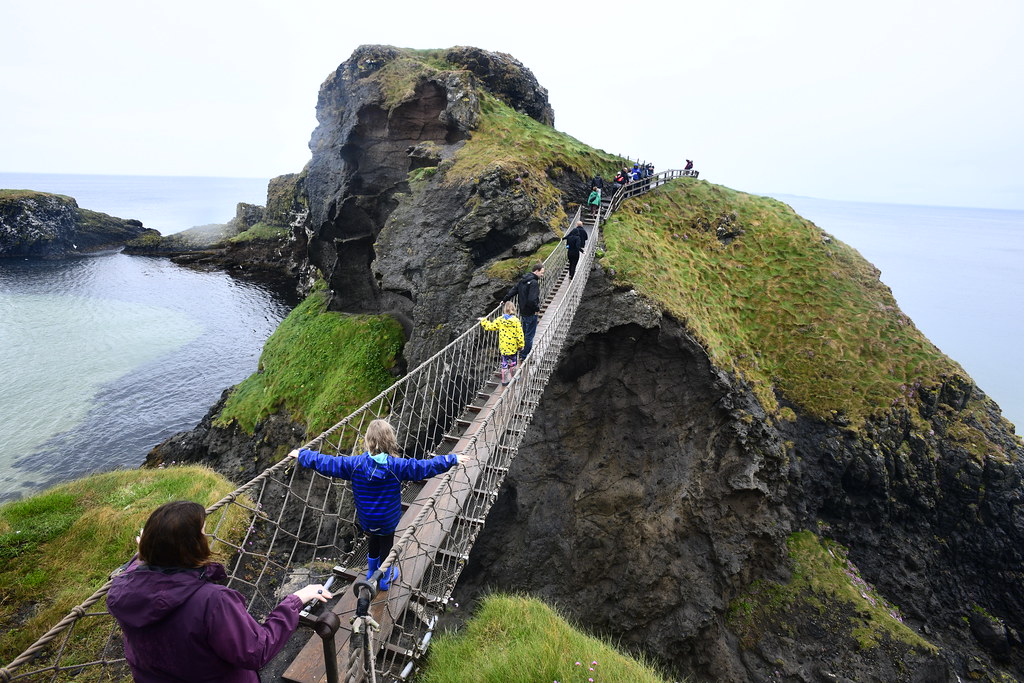 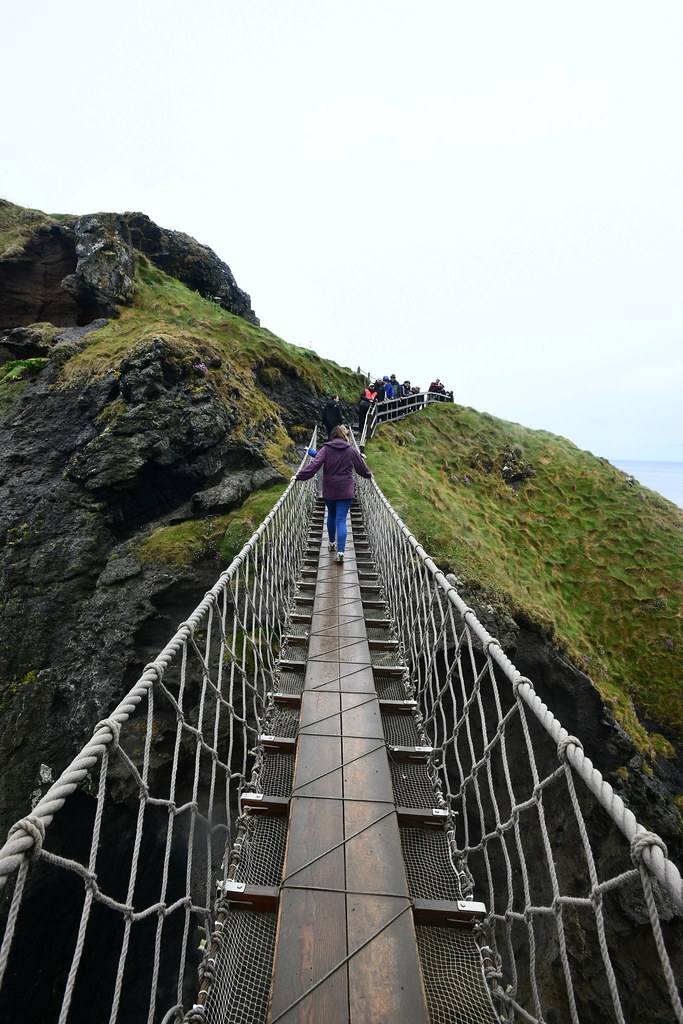 After exploring the smaller island across the bridge, you have to get back on line to cross back over: 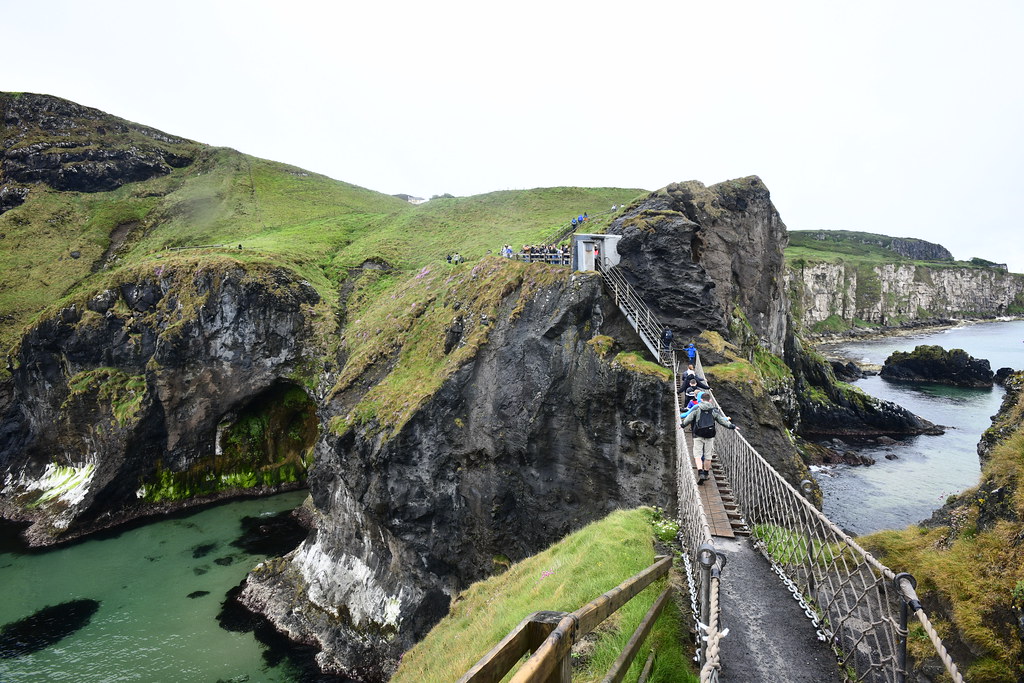 From Carrick-a-Rede we drove west 10 minutes to the day’s highlight, Giant’s Causeway. 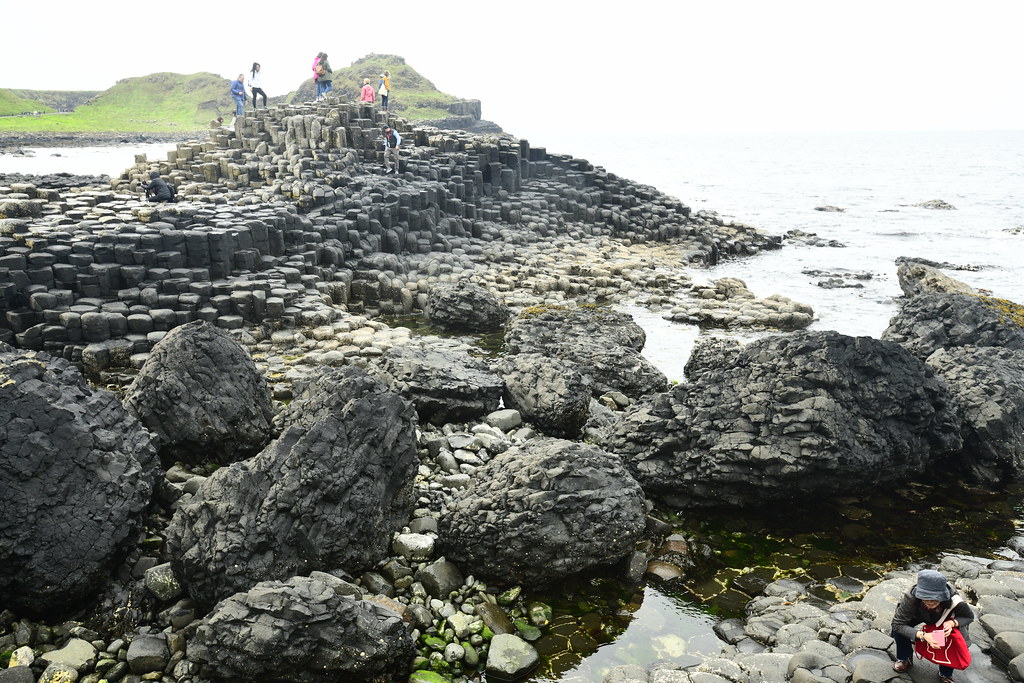 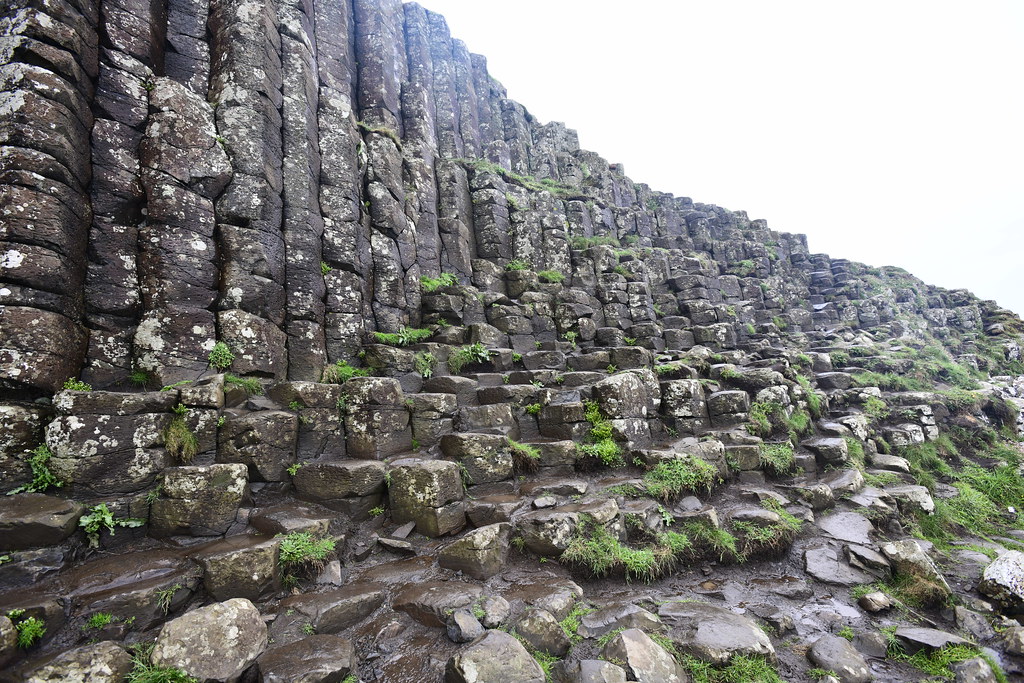 They’re an iconic natural wonder where basalt columns jut upwards out of the sea as is they were literally a stairway for giants.

There’s a 2£ roundtrip bus that can take you back and forth if you don’t want to make the 15 minute hike there. 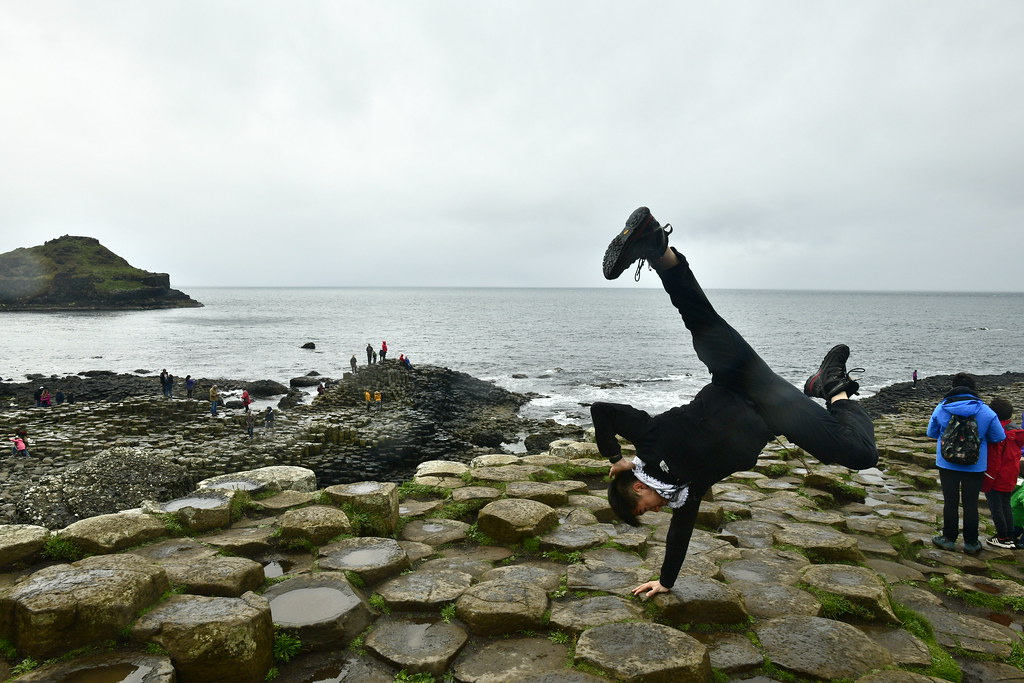 After 20 minutes at Giant’s Causeway, we drove another 10 minutes west to Dulunce Castle, where despite it falling it apart, still stands imposingly 20 minutes north by the coast.

It too enjoys being part of Games Of Thrones lore as Castle Greyjoy: 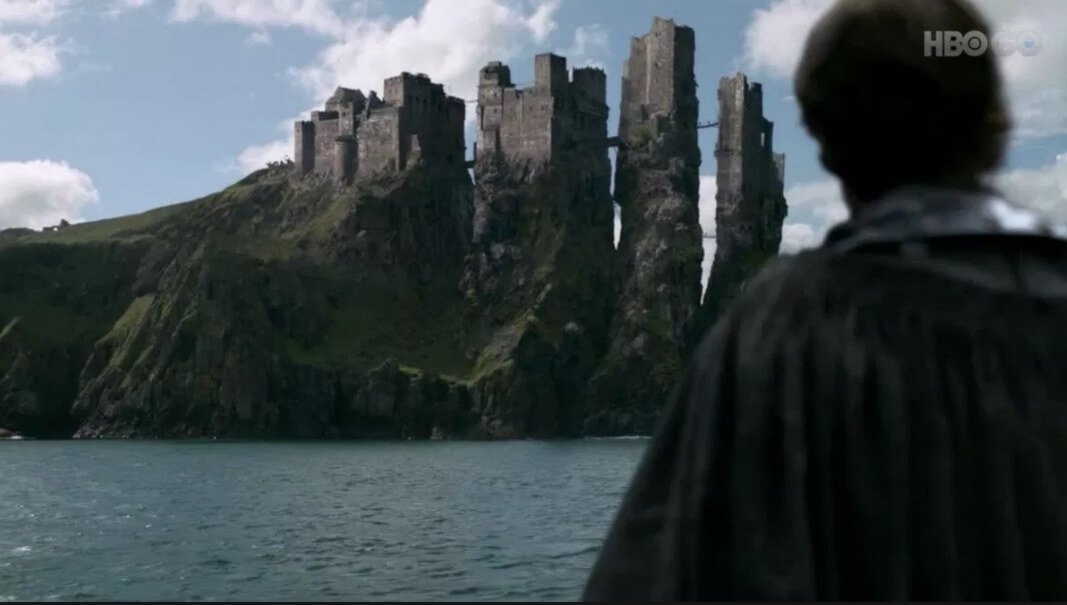 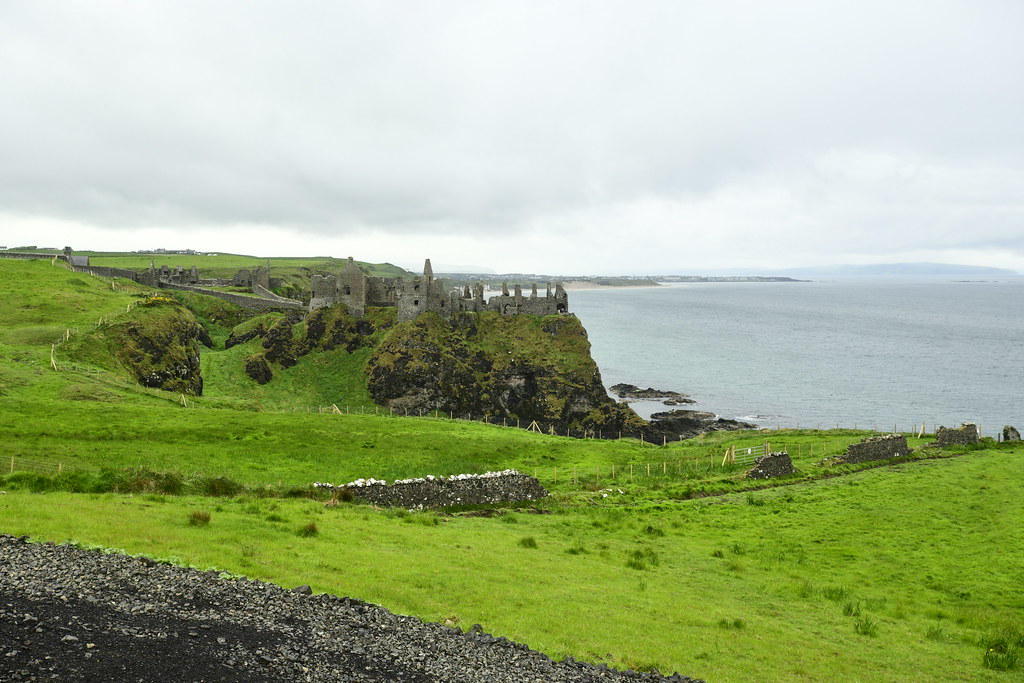 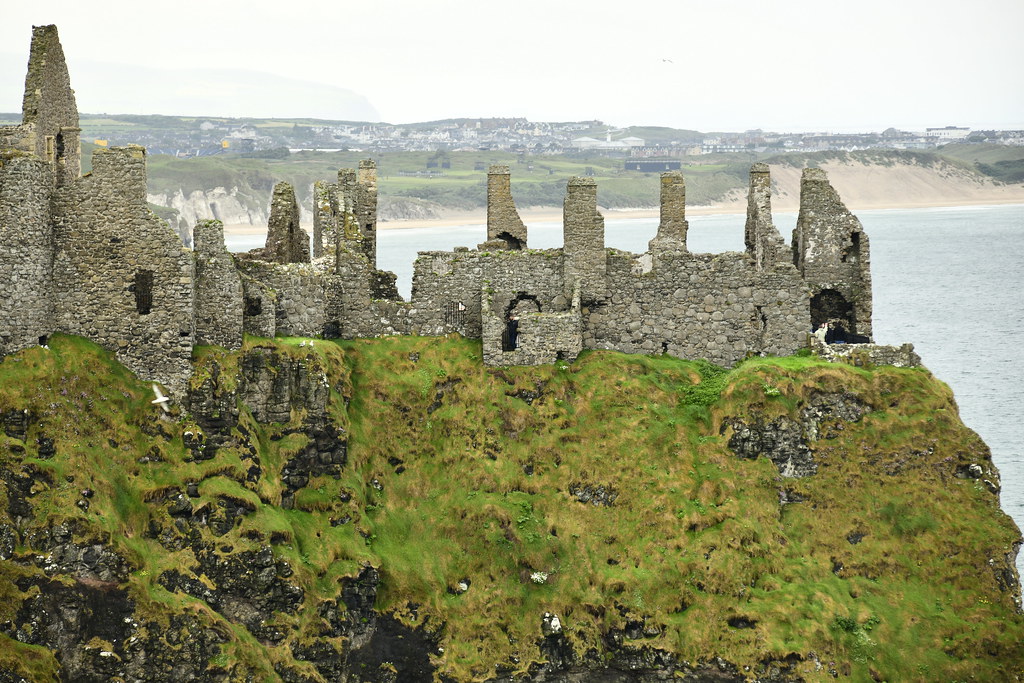 Afterwards we enjoyed a splendid and cozy lunch by the castle with some of Paddy’s friends at the Wee Cottage Cafe and Gift Shop right outside the castle entrance. 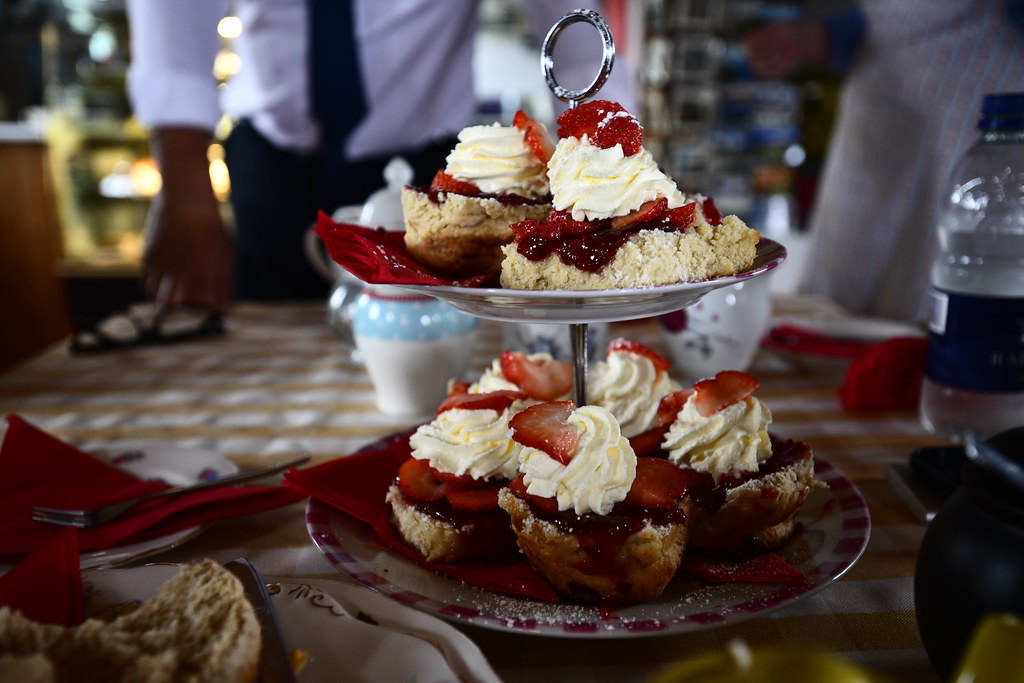 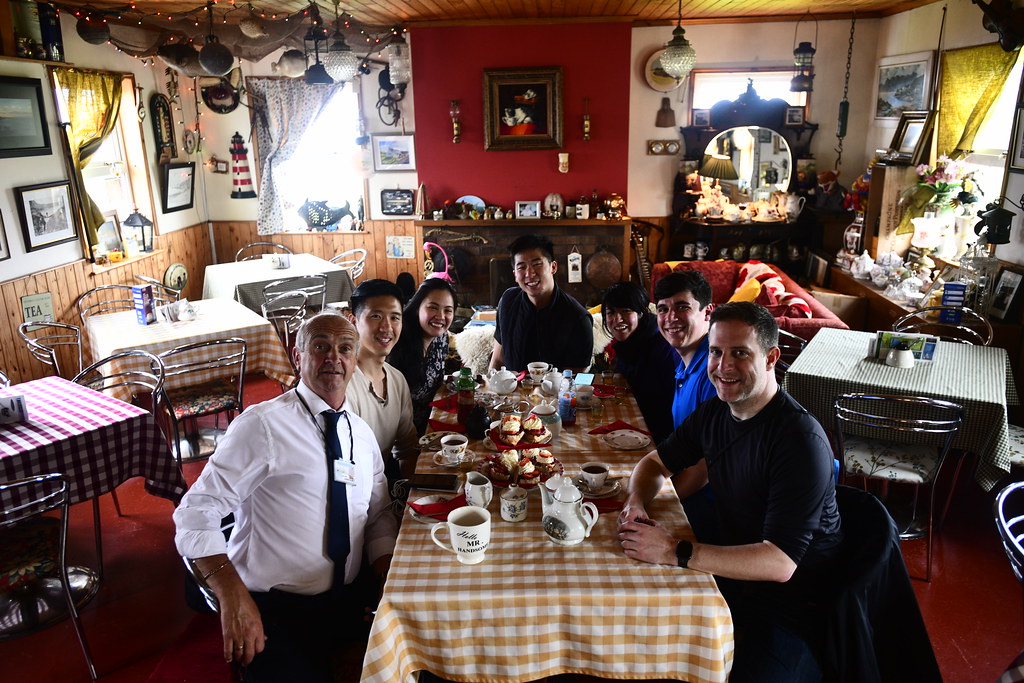 Then it was an hour’s drive back south to Belfast where we turned in early.

Despite a wonderful week away, I need to say my goodbyes early; gotta catch the 5:30am Goldlink X1 bus from Belfast Europstar Bus Station to Dublin Airport! The goal is to board a 9:20am flight out so I can speak for the UVSASE 2019 Element 2 conference in Atlanta, GA!

Made it to Dublin Airport only to find out my 9:20am flight has been delayed up to 3 hours. Can’t win ’em all.