The Monsoon Diaries is my love letter to life.

When it began as a simple travel blog for a particular trip to Southeast Asia & India the summer I was to begin medical school — much like the premise of “The Motorcycle Diaries” — and during the monsoon season no less (hence the namesake of the blog itself), I would have had no idea at the time it would go anywhere farther than just that, expecting instead to cease posting the day I returned and began medical school, with the funny thought of even returning to my Xanga (BTW and it’s still up! soho.xanga.com).

But a month later during medical school I was already burning out and therefore yearned for a reprieve of equally extreme intensity. With the fortuitous arrival of a wedding in San Diego for a weekend and for the sake of my fragile mental health, I left. I returned 48 hours later mentally recharged with the curious thought that spontaneous weekend trips may actually be the answer. I blogged about that. A month later, I left again for 48 hours, this time for one day in Hong Kong. I blogged about that one too, especially how the roundtrip flight was $600 and that I took out a student loan for it.

I returned, left again, returned, left again: North Korea, Guatemala & Belize for Thanksgiving Weekend, Iran for Spring Break, Ukraine & Poland or Spain & Morocco for Winter break, Antarctica, Cuba, Palawan, Route 66, Venezuela, The Silk Road, The Transsiberian, The Balkans, Micronations…Every passing day in medical school and residency I took the next chance. And the next. On and on until I thought I could win… or when the chances were spent: I failed, I got back in, failed again, got back up, kept traveling, and kept blogging. A few soon began to take notice. Hundreds more followed. 10 years, 185 countries & territories, and countless travel friends and companions later… the rest is history.

There were no lofty ambitions, no plans to “make it a business”, no expectations of “being an entrepreneur.” I’ve remained this hopelessly oblivious Forrest Gump now with this lovely crowd running next to me, and when asked over and over why I move, or “how I did it”, all I can answer is with the exact genuine answer that Forrest Gump gave: “I just felt like running.“

That’s it. Fuck dreams: They’ll never come true if you try so hard that it becomes disingenuous; sometimes you just have to let something take a life of its own. And this community took a life of its own. So to them — and everyone else whom I’ve had the pleasure of running into during the past 10 years — I tip my hat and raise my glass. Because without you I could never be.

Do any you even want this life? Because it’s not as pretty as you think.

If so, then say goodbye to your former life and those who stood by you, who felt they gave you everything only to feel betrayed when you walk away. To say “so long” to even those who have known you for so long.

If so, then you and I may be cut from the same cloth, filled with saudade looking over fences, leaving familiarity behind, embracing hurt, and questioning your purpose on this earth for crossing these borders…

And with these experiences you will soon reckon with the stark reality that we and time past mean nothing among the vast seemingly endless stretches of this world.

And yet, that is everything —

10 years since I accidentally lost a bet over roundtrip fare to Egypt, which changed my life forever. 10 years of never slowing down and never looking back since. 10 years of Momentum. Discipline. Spontaneity.

10 years would see me to 185 countries & territories — 70 of them more than once — and over a thousand strangers that have travelled with me because of a small quirky travel blog that I had first started just to let my mom know I was okay. 10 years since accidentally fostering an environment for a bafflingly interconnected international community that to this day has become family. 10 years of traveling both far and together. 10 years of Serendipity. Synchronicity. Disbelief. Magic.

10 years since I lost another bet, applied to and then barely graduated from medical school. 10 years would mean $200,000 in student debt, countless exams, and never expecting to make it out either alive or sane, never knowing what the next step would be. 10 years engaging in a war of attrition, countless small victories and countless more failures. Breakdowns. 10 years of becoming a medical student, class president, a resident, a doctor, an attending, a medical captain, chief physician, and clinical professor.

10 years of falling in and out of love more times than even the hopeless romantic 13 year old in me would have wanted. 10 years of watching movies like Before Sunrise, Before Sunset, Lost in Translation, Once, Vanilla Sky, and suddenly realizing each and ever one of them already has happened to me.

10 years of getting to know the girl on the train and then never seeing her again, colliding with loves of my life and the love of my life. 10 years of sensible growth while staying a hopeless romantic. 10 years of stopping to love myself first before being capable of loving others. 10 years of endless, boundless love.

Happy 10 years, happy belated birthday to me, and happy 10 years — Of travel. Of community. Of new families. Of medicine. Of love. 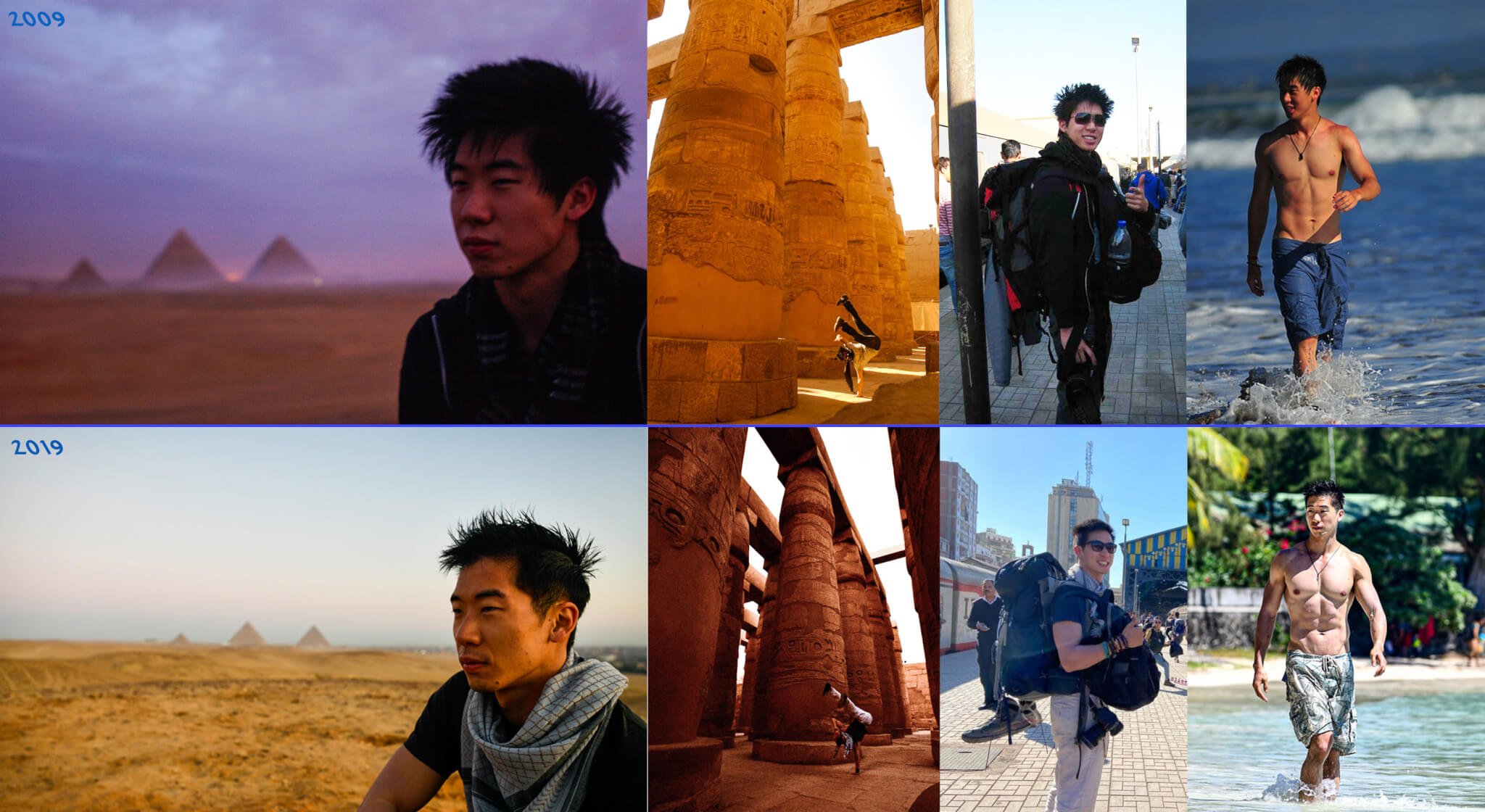