« « Meet The Bae-laric Islanders!
New Yorkas in Mallorca, while in the Palma of my Hand » »

You Now Have “Ibiza” My Heart As We FormanTERA-FFIC Relationships

Traveling during a pandemic understandably requires flexibility. So when the UK announced on July 19th that they were keeping Americans on its amber list and that people were concerned with the way they were reopening, we made an executive decision to err on the safe side and return to our continuing success stories with traveling to islands with low rates.

Since the Balearic Islands has been operating at a 0% death rate for the past 1 month and we were coming in as a fully vaccinated group, we felt to go now would be better than to not go at all.

Just make sure you got everything prepared before your trip: After finishing a 12 hour shift at 9pm, I took a cab directly to the airport still in my scrubs. More comfy to sleep in on a redeye anyway.

It was just only 3 weeks ago I was last here in Terminal 7 on a flight to Portugal via Spain. Deja vu all over again. 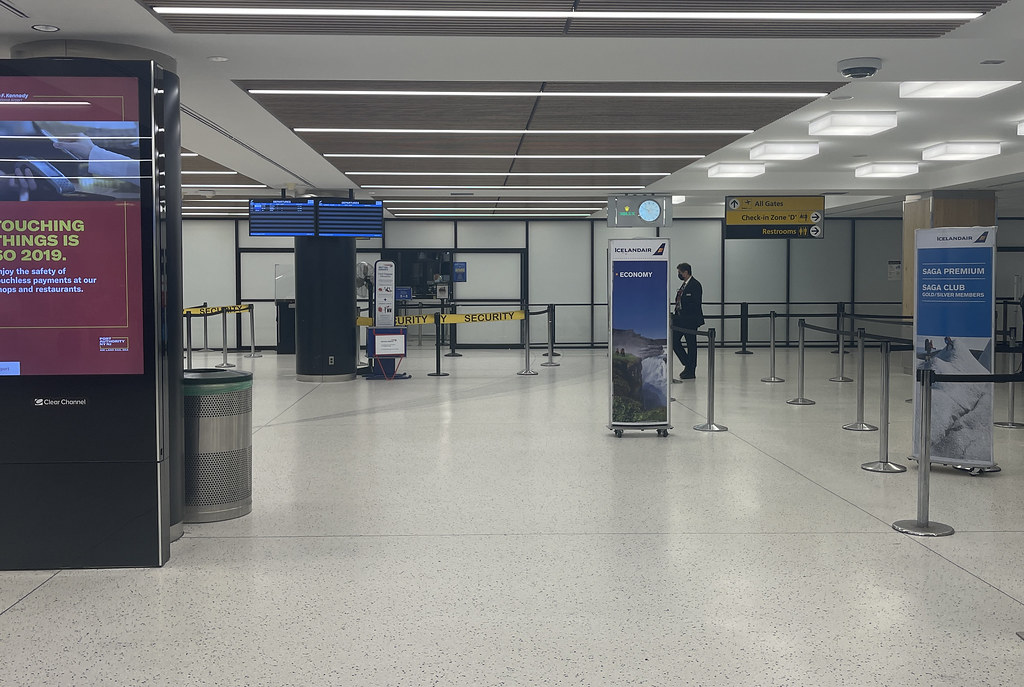 Catching an 11pm flight to the UK, which only needed a negative PCR test a day before, we transited briefly at London Heathrow Airport for 3 hours before catching our onward 2:50pm flight to Ibiza. Getting all my liquids in a sealed plastic bag through the LHR security at connections was the hardest part. 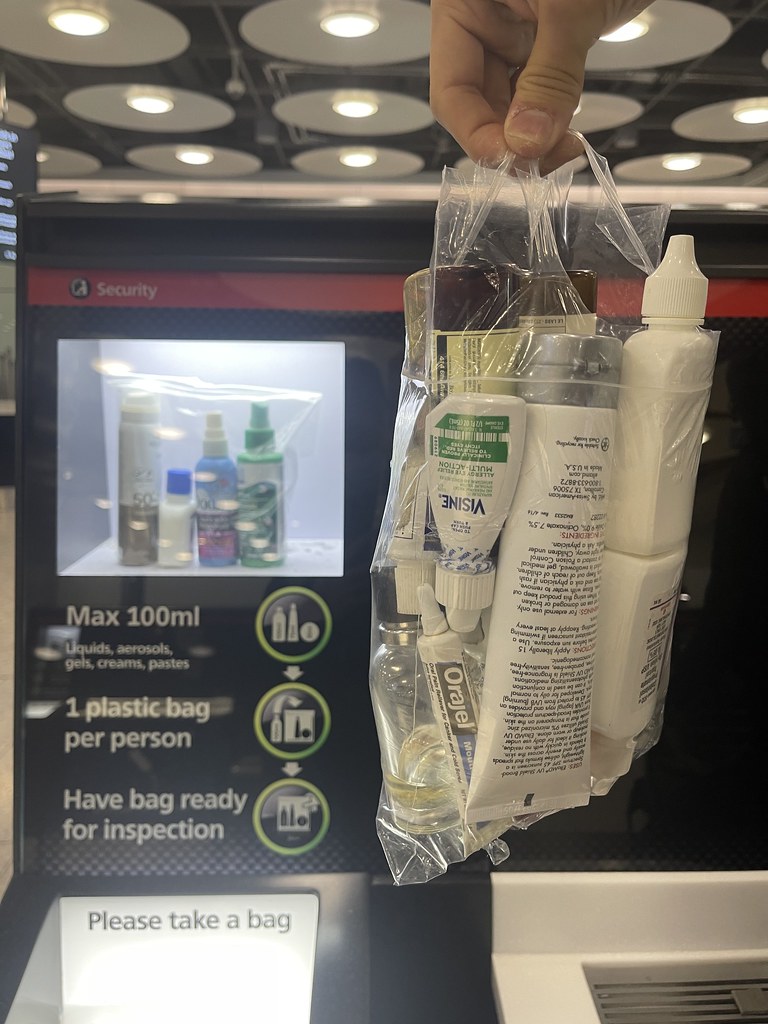 Still wearing my scrubs from work. 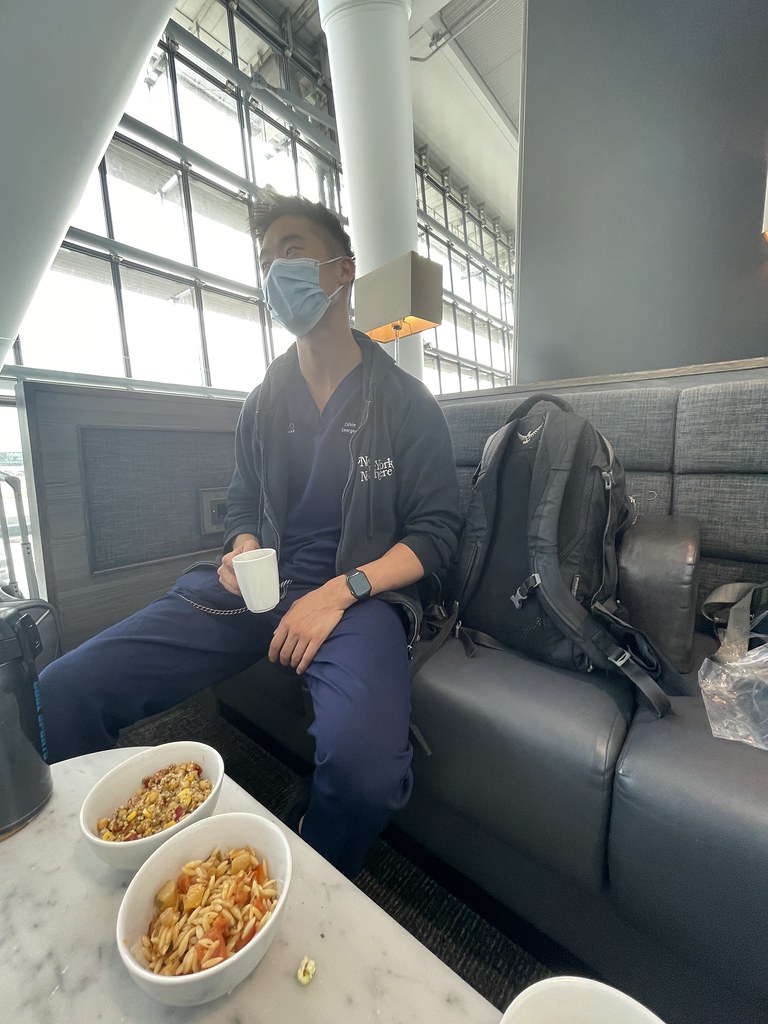 Arriving at 6:20pm, we then caught the bus L10 outside arrivals for 3.5 euros per person for the 20 minute ride into Ibiza Town. 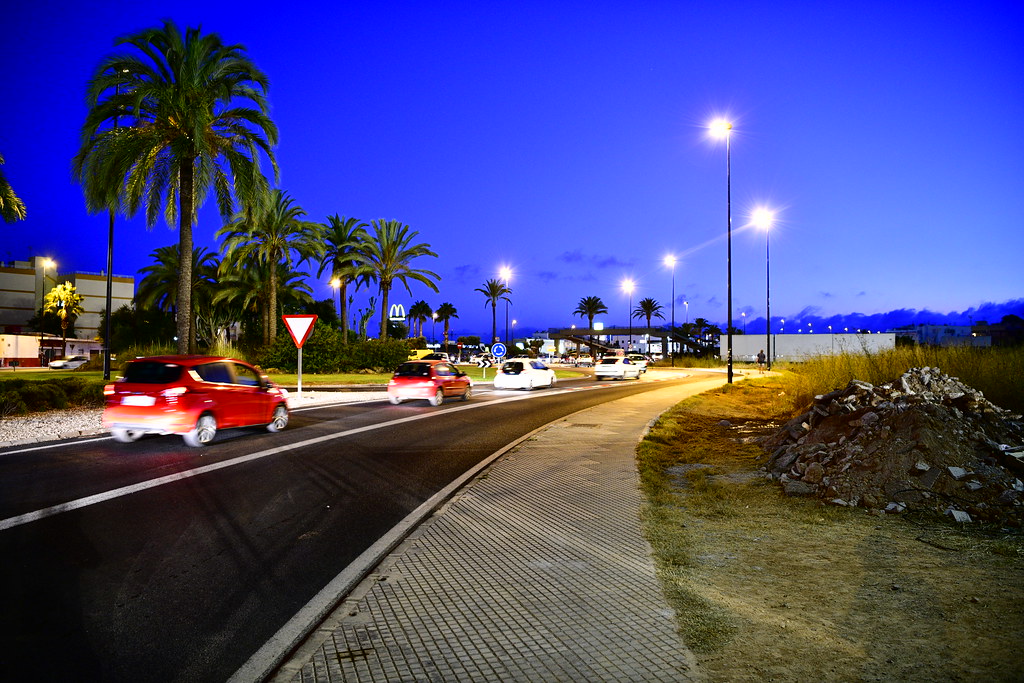 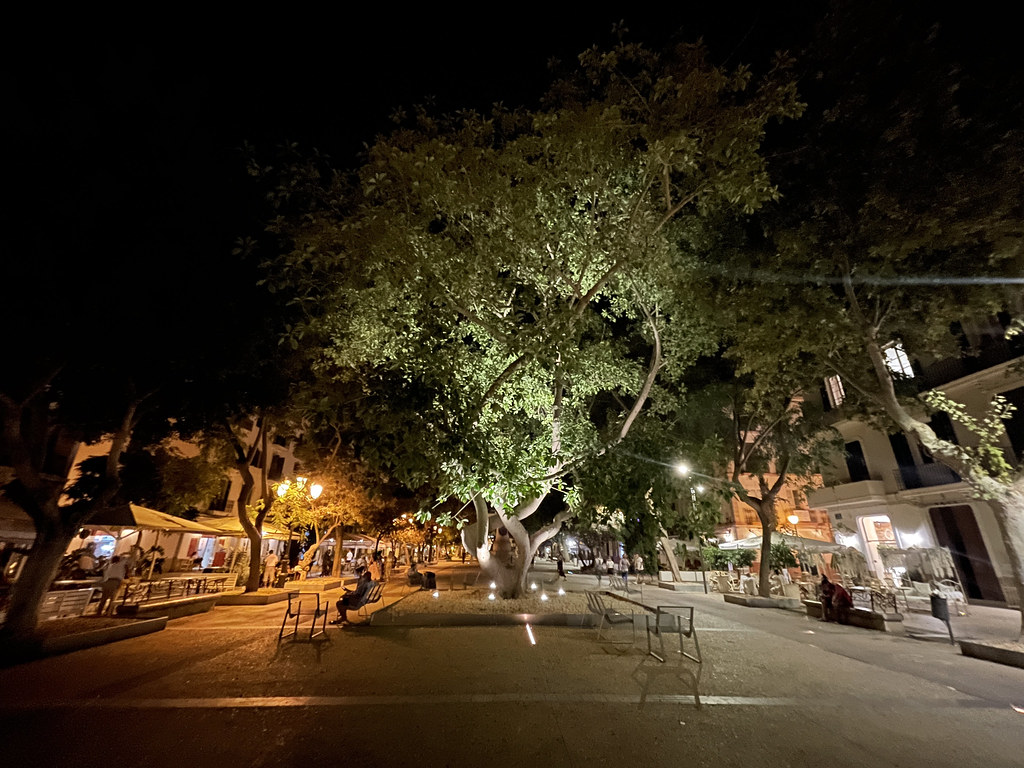 We immediately checked in at our lodgings at centrally located Urban Spaces Ibiza (right across from the Necropolis open-air museum). 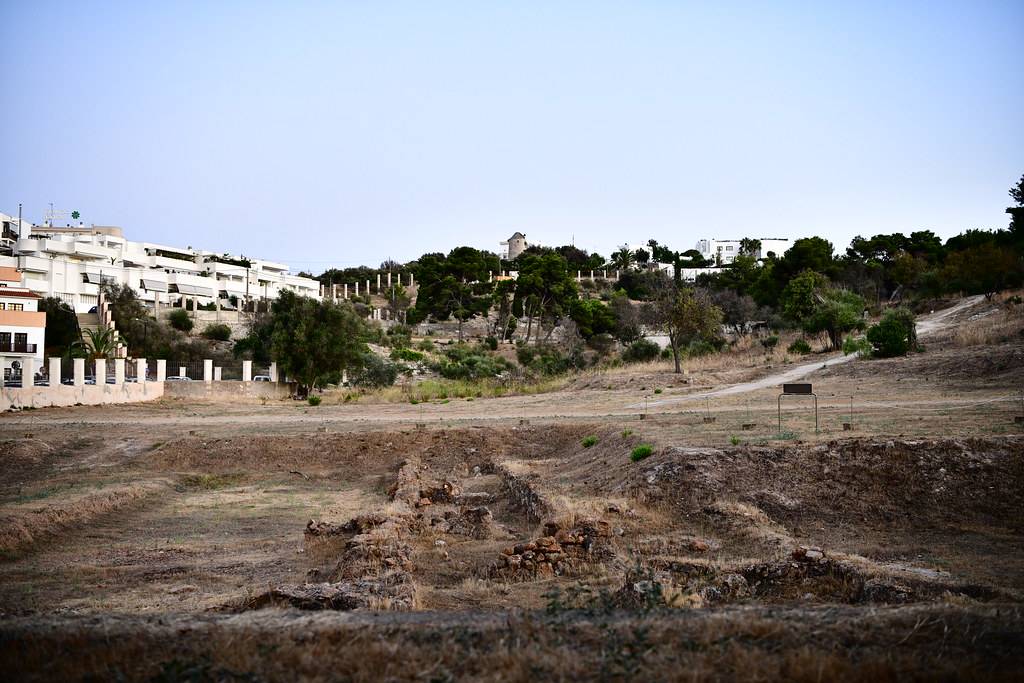 After walking to the edge of town at the Olympic Park and then back, we were saved by a late dinner at nearby Las Gastroteca.

Then once Ayra and Youssef finally arrived on their 9pm flight to complete the group, we went for a midnight stroll around the UNESCO World Heritage neighborhood of Dalt Vila, a walled fortress surrounding our little town. 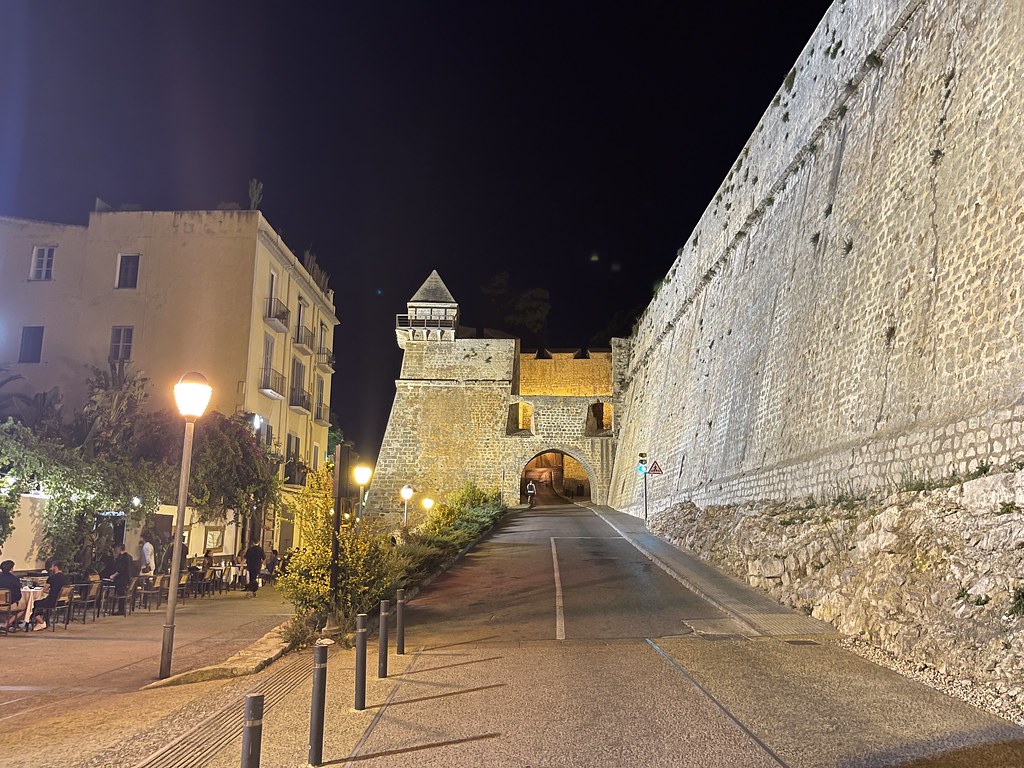 Cobblestone streets, seaside vibes, ancient architecture, bustling nightlife with a Mediterranean history all merged into one place. I wish they told me about this part of Ibiza in my formative years: Would’ve came a little sooner. 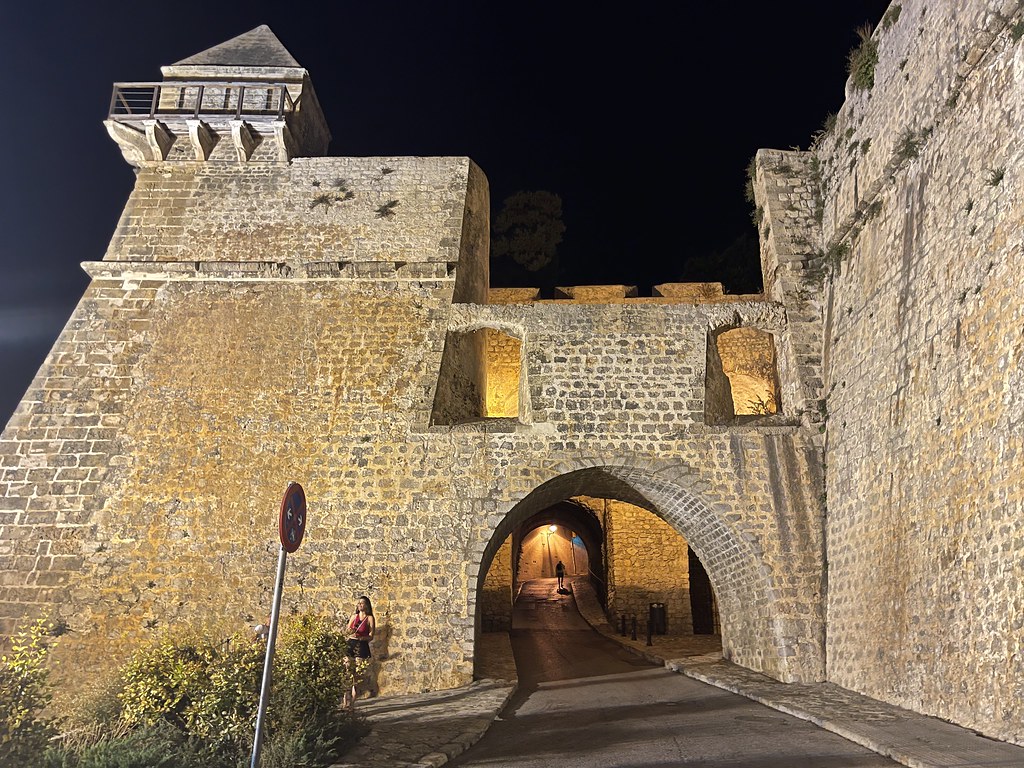 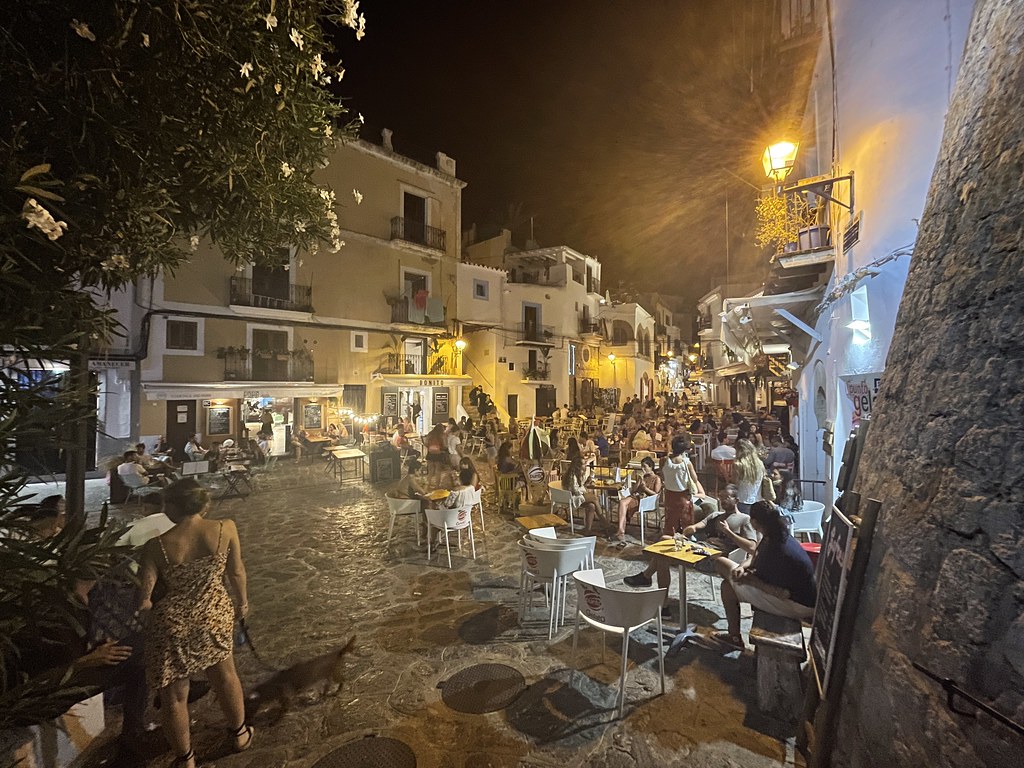 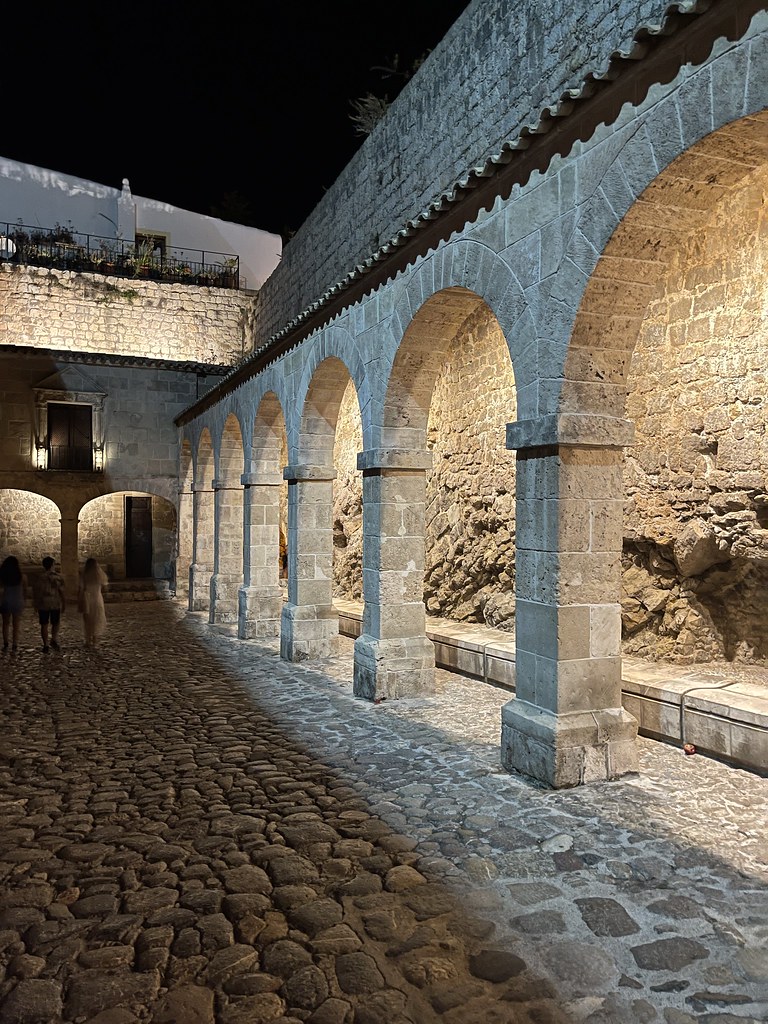 The main “sight” to see here is a walk along the fortress walls, through the arched gate Portal de ses Taules and the narrow streets of the old city. 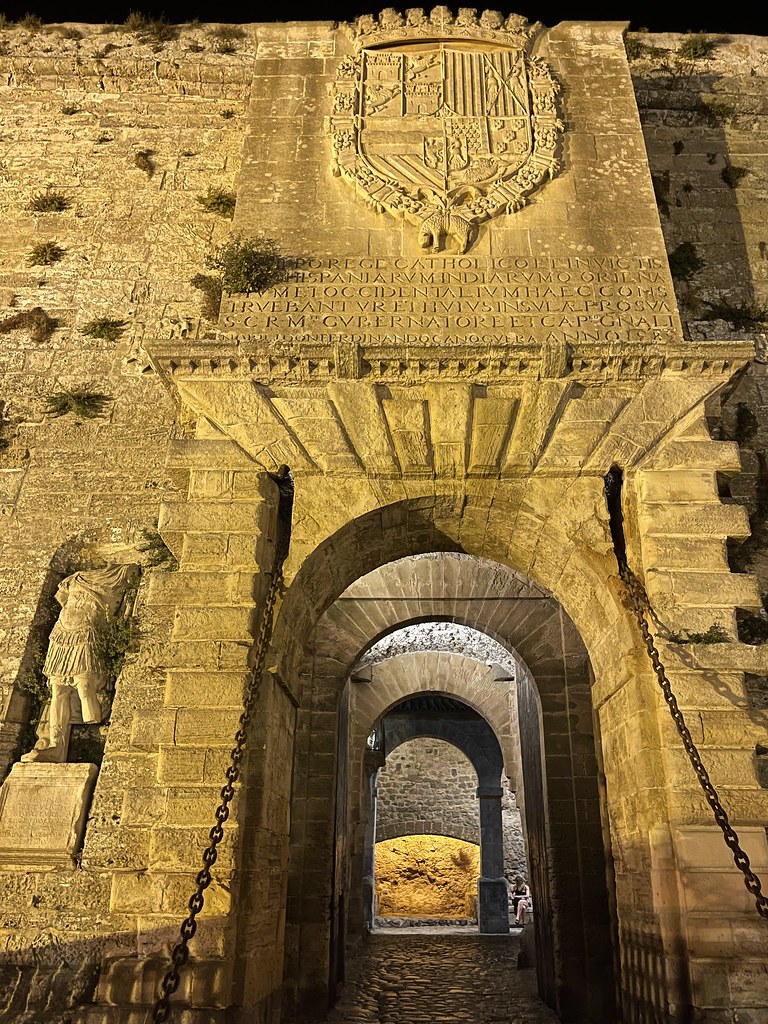 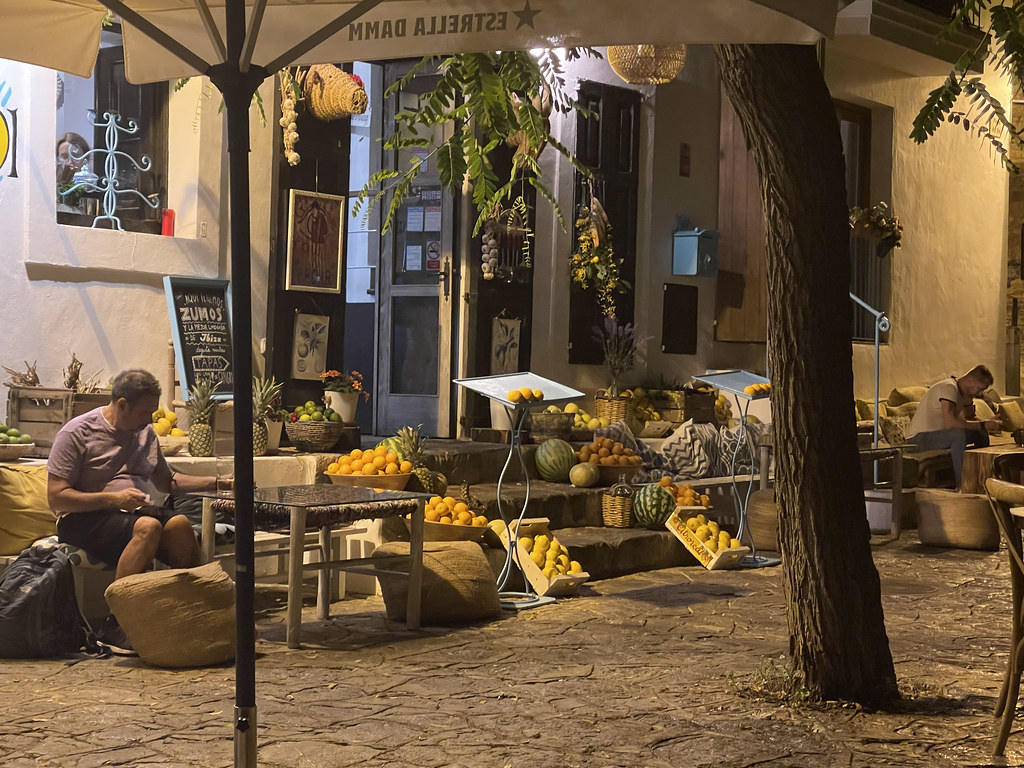 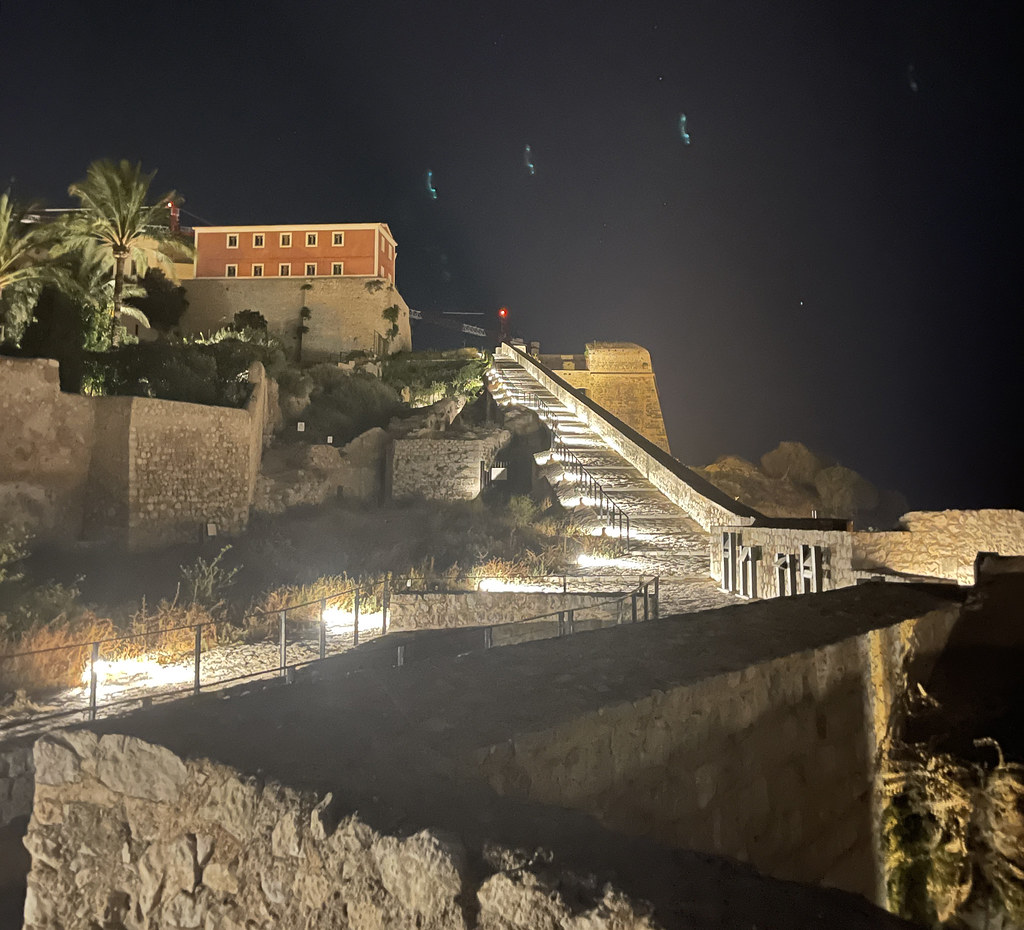 Hike up to the top for views over Ibiza: 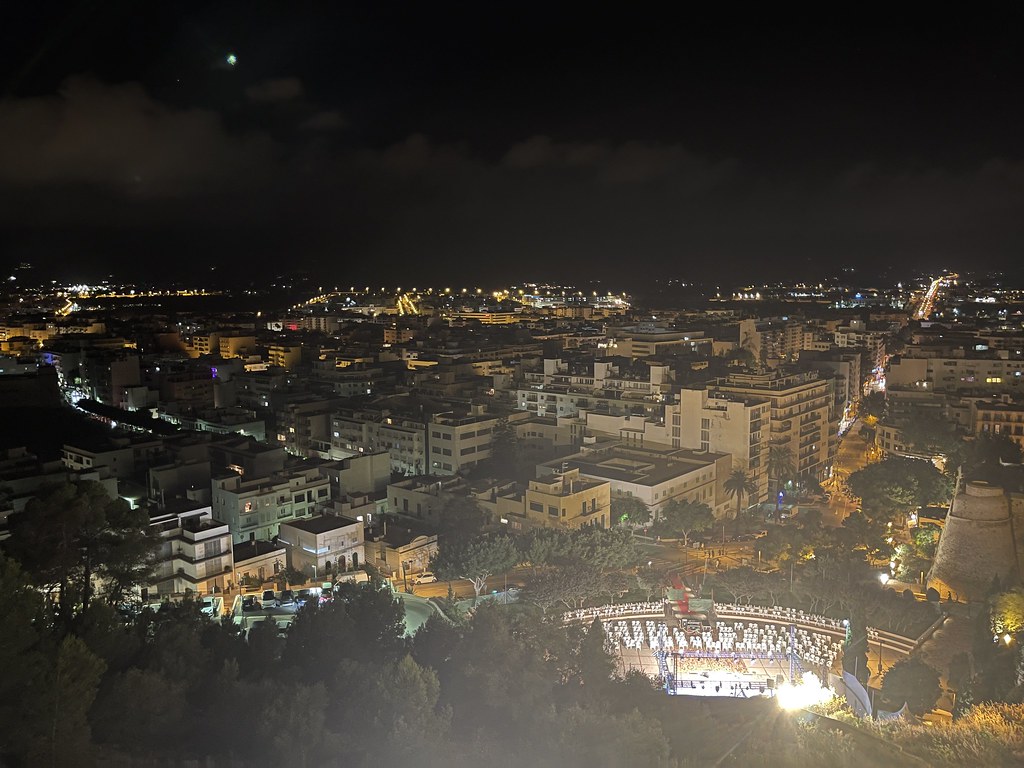 The next morning we decided to walk over to the port and take a 30 minute ferry ride across to the nearby island of Formentera. 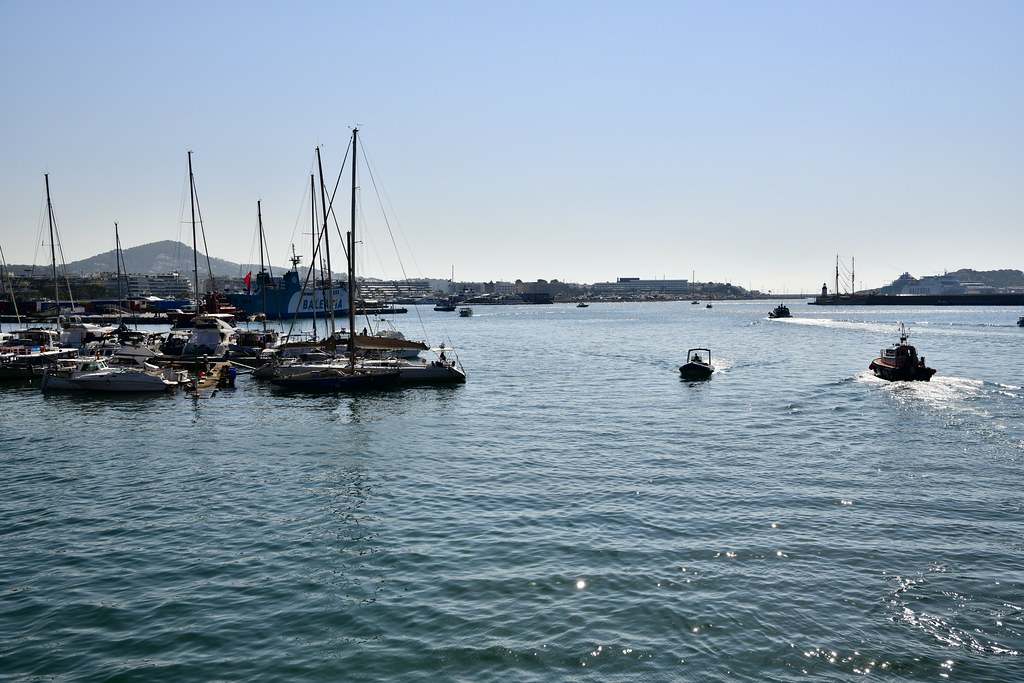 There are multiple competing carriers you can choose from; luckily our hotel made the decision for us by offering a 50% discount via FRS for a 10:30am departure. 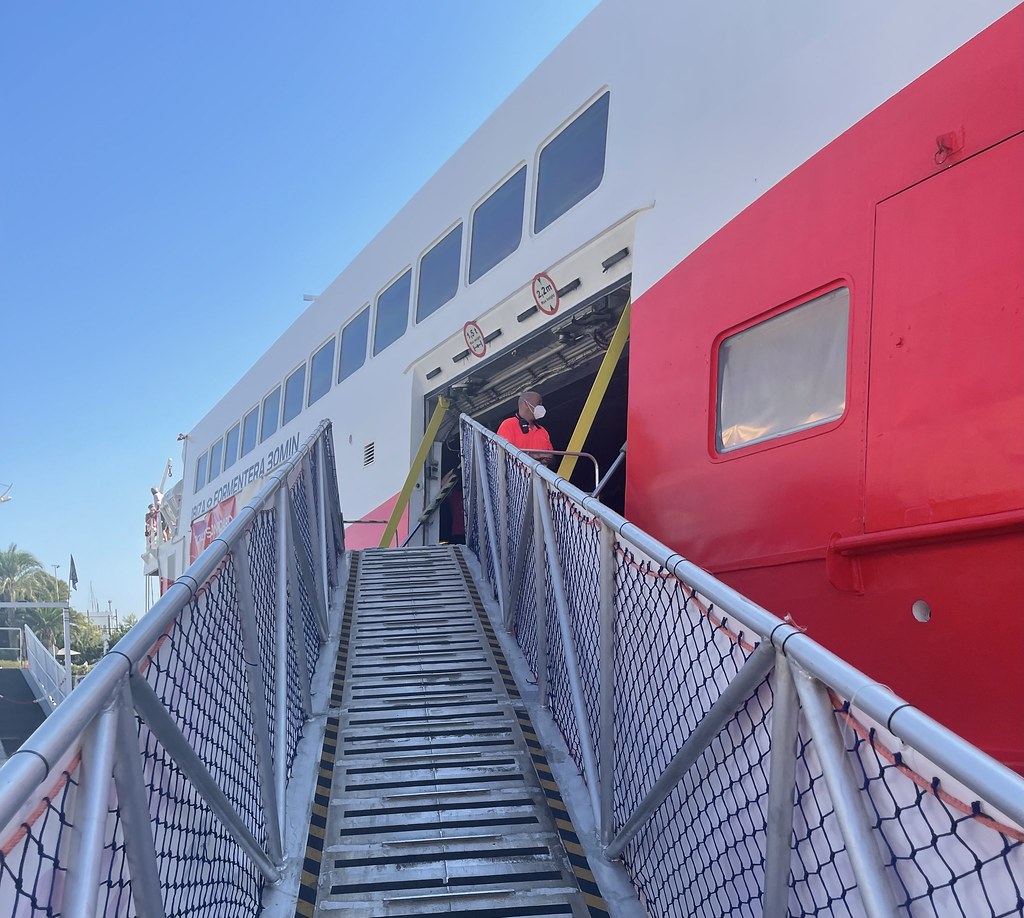 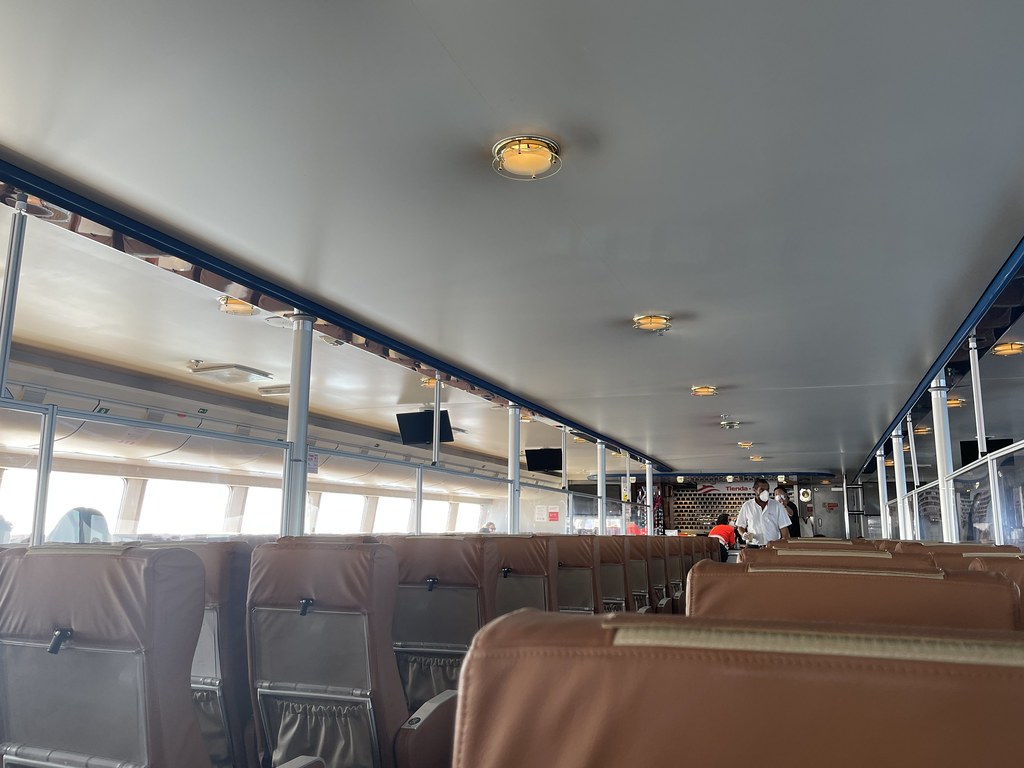 Once we arrived into Formantera, we started our day with coffee and breakfast at the tranquil Cafe del Lago: 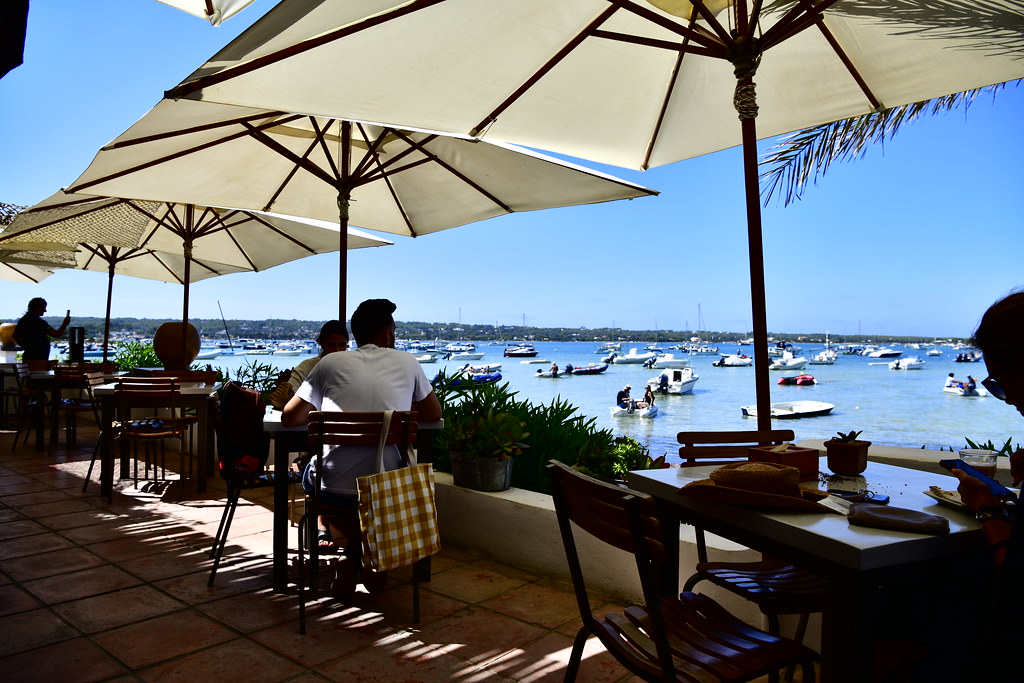 Feeling a little stuffed and eschewing bikes around town with our bags, we decided instead to take the main tourist bus service to visit one of the many beaches on Formantera. They have 3 bus routes costing 8€, 12€ and 15€ depending on how much time you have and what you want to cover (for example, the 15€ option would have allowed visits to 2 beaches and photo stops at 2 viewpoints). The latest departure for a tourist bus tour is 1:45pm and you can buy tickets with cash on the bus as you board.

We chose the route that would take us directly to Platja de Ses Illetes, which FYI, is somewhat of a nude-friendly beach if you’re okay with that. 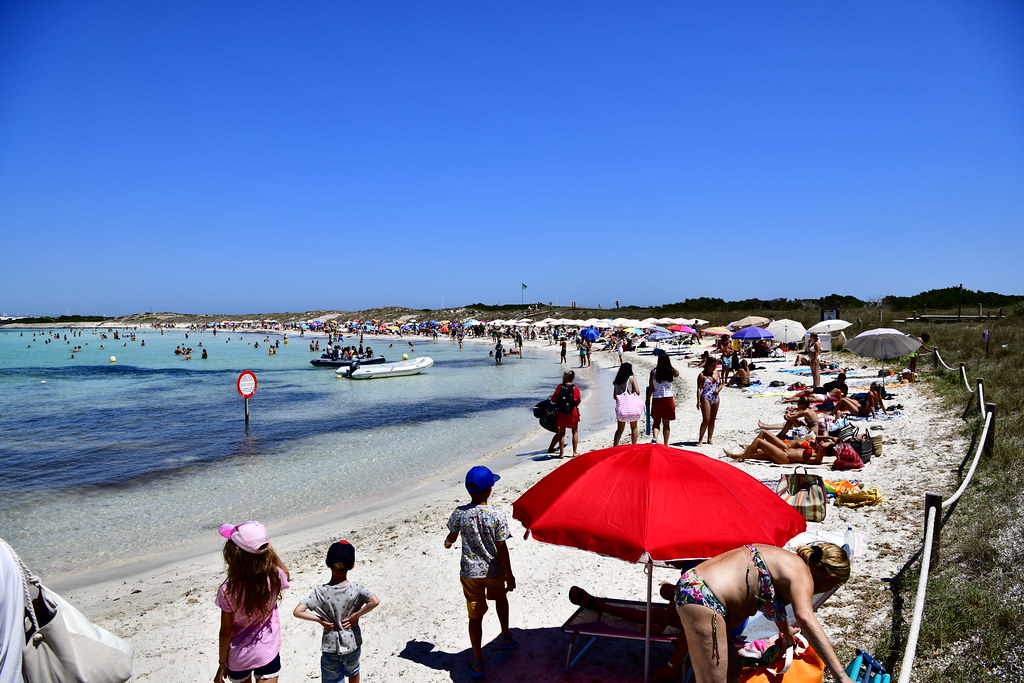 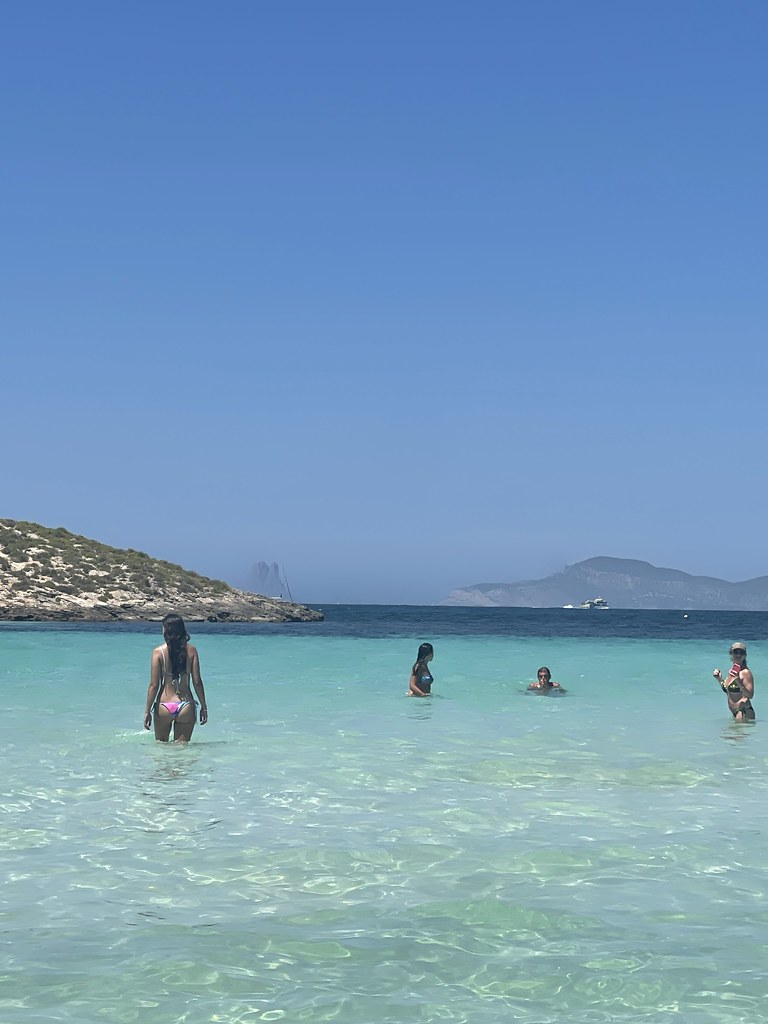 And yet despite the crowds, it also earns its credibility for being one of the best beaches in Europe: 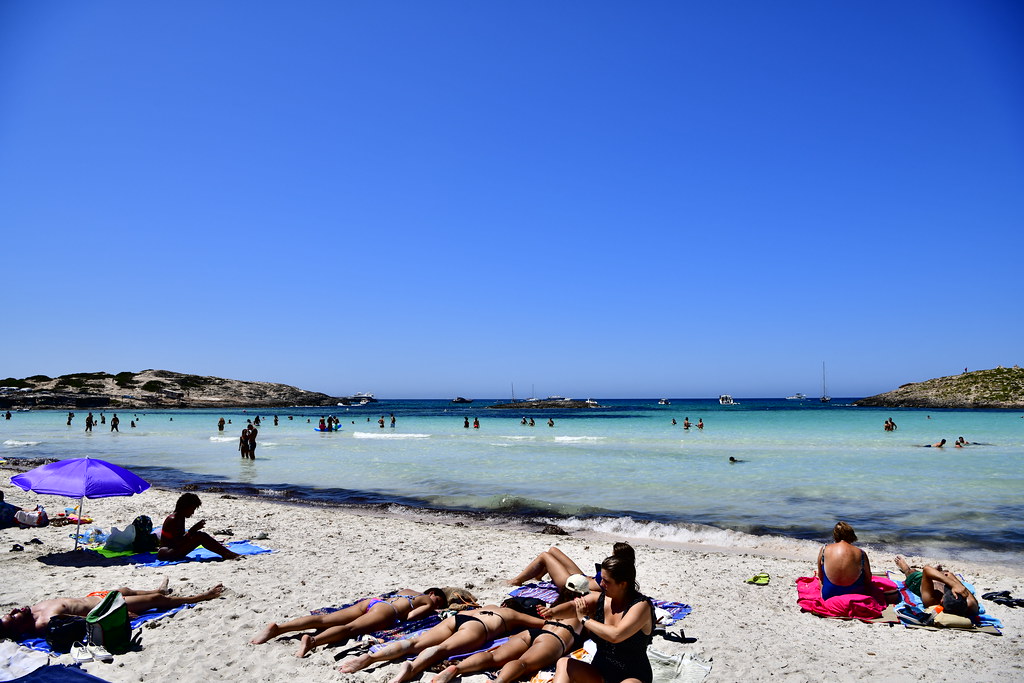 After a few hours here recharging on our Vitamin D, we headed back to Ibiza. If you have enough time, we suggest to hail a 35 minute taxi or rent a car to visit the Torre des Savinar viewpoint to see Es Vedrà from afar: 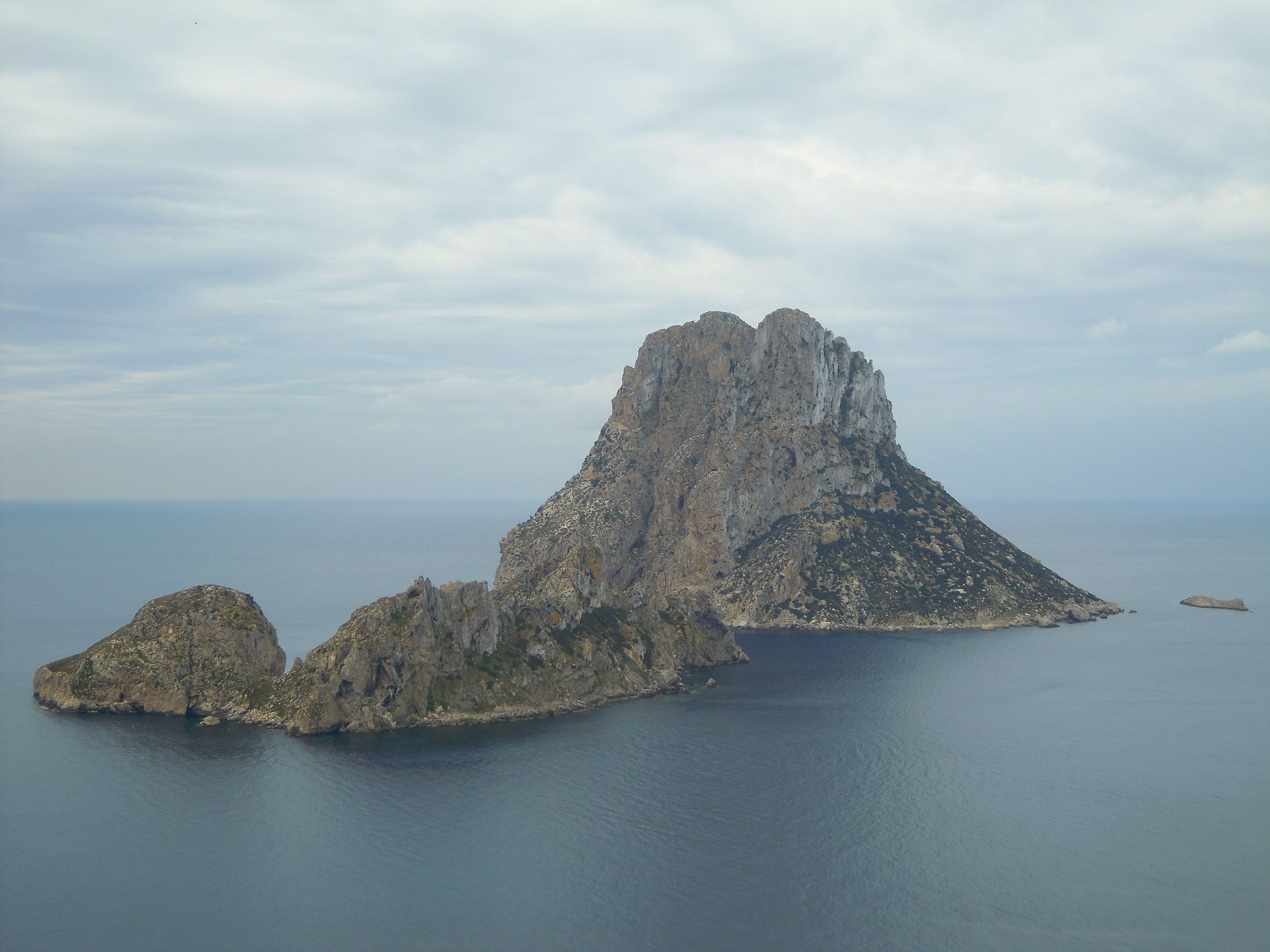 Luckily since we included Formantera in our itinerary and bought our onward tickets to Mallorca from there instead of in Ibiza, we also got to be part of an unexpected package deal: If you arrive back into Ibiza from Formantera on any of the Balearia ferries leaving every half an hour, they include a 7pm bus that takes you straight from the main port by the city center (in the parking lot next to Club Naútico) to the opposite side of the port.

It would have been a brutal 30 minute walk otherwise. 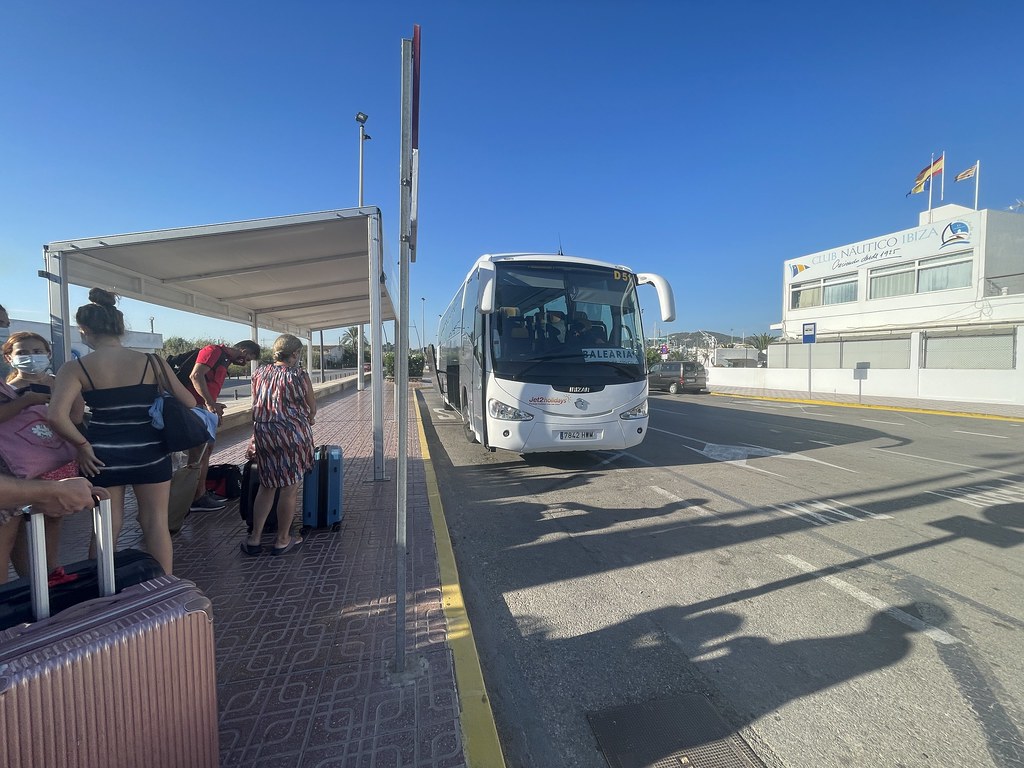 After departing at 7pm, we arrived at the other ferry terminal on the other side of the harbor by 7:15pm. 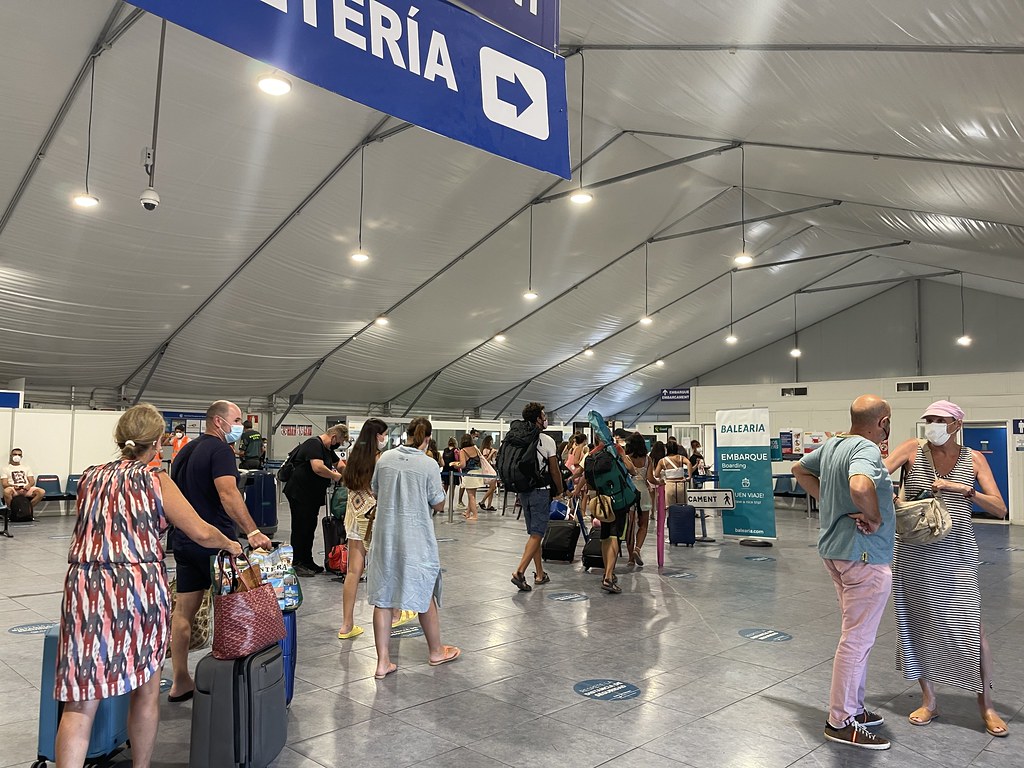 We waited for a while in many many different lines before finally boarding our 8pm ferry to Mallorca. 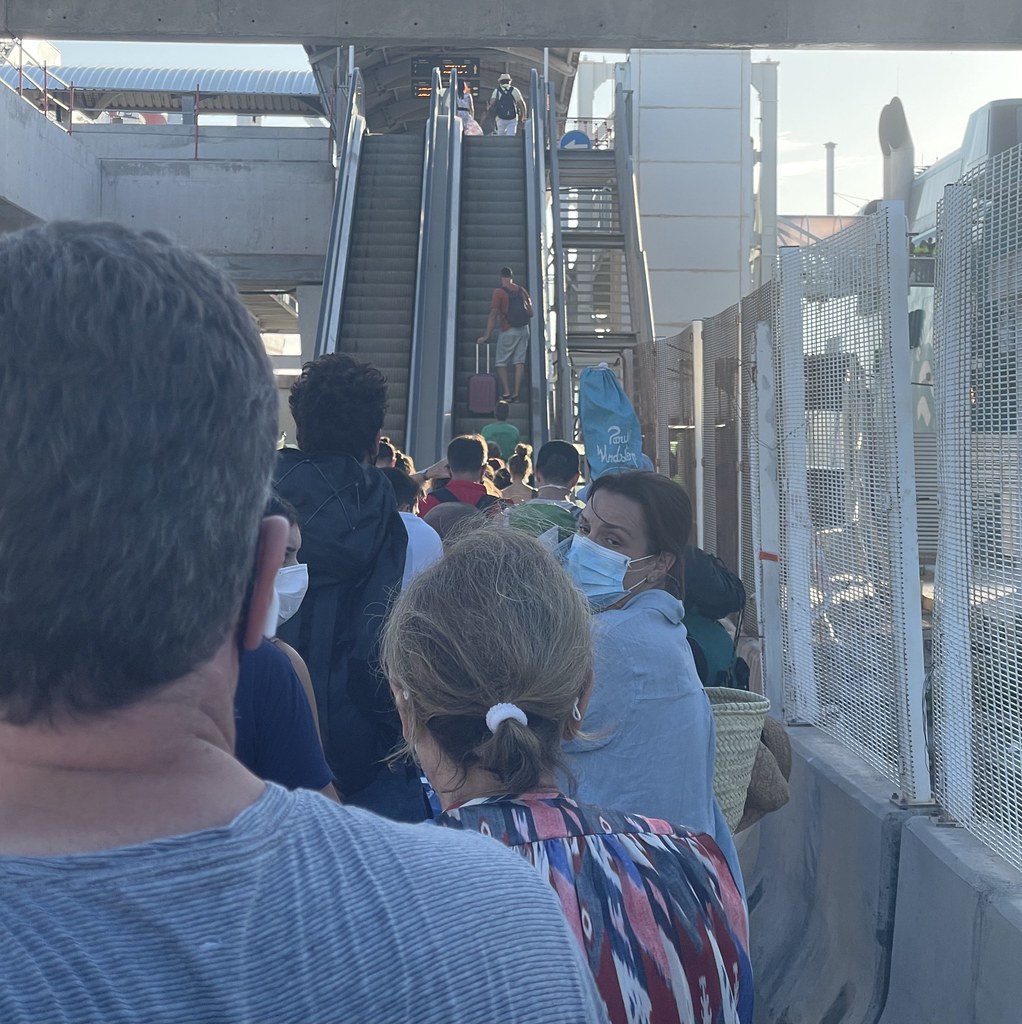 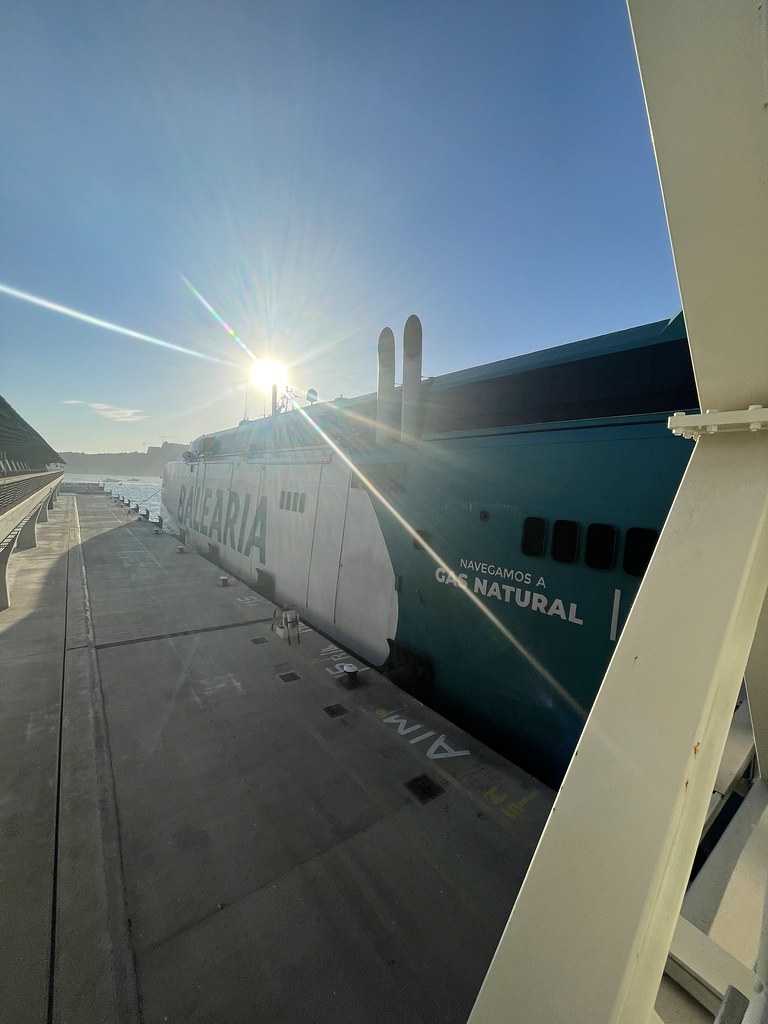 But like many other European long haul ferries I’ve been on over the years, the interior is worth the wait to board and 2 hour ride to follow. Writing this onboard as you’re reading this! 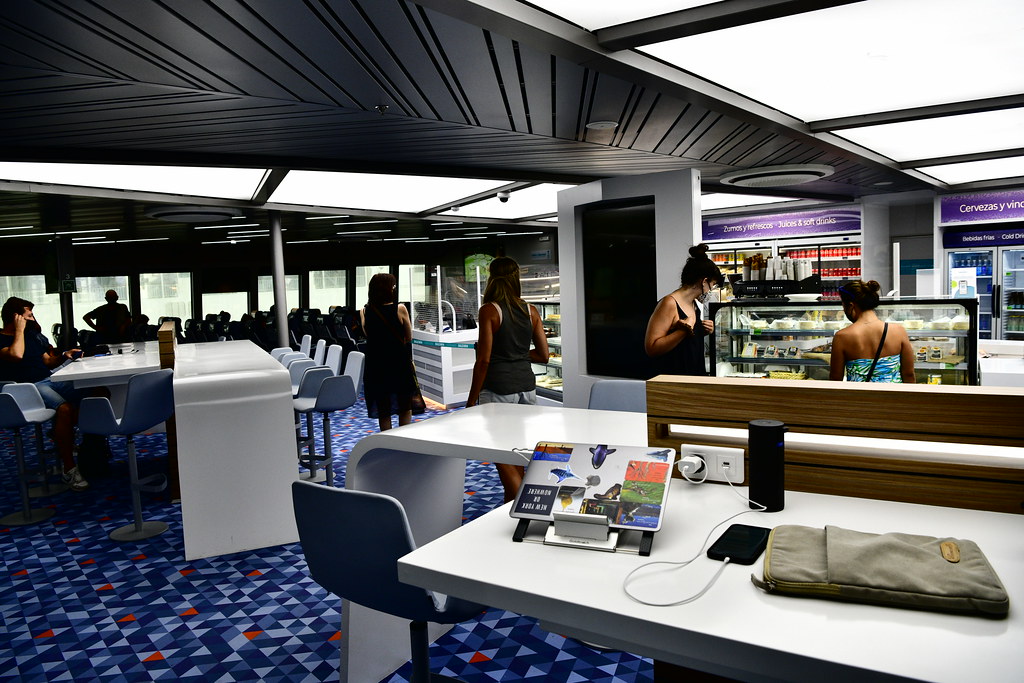 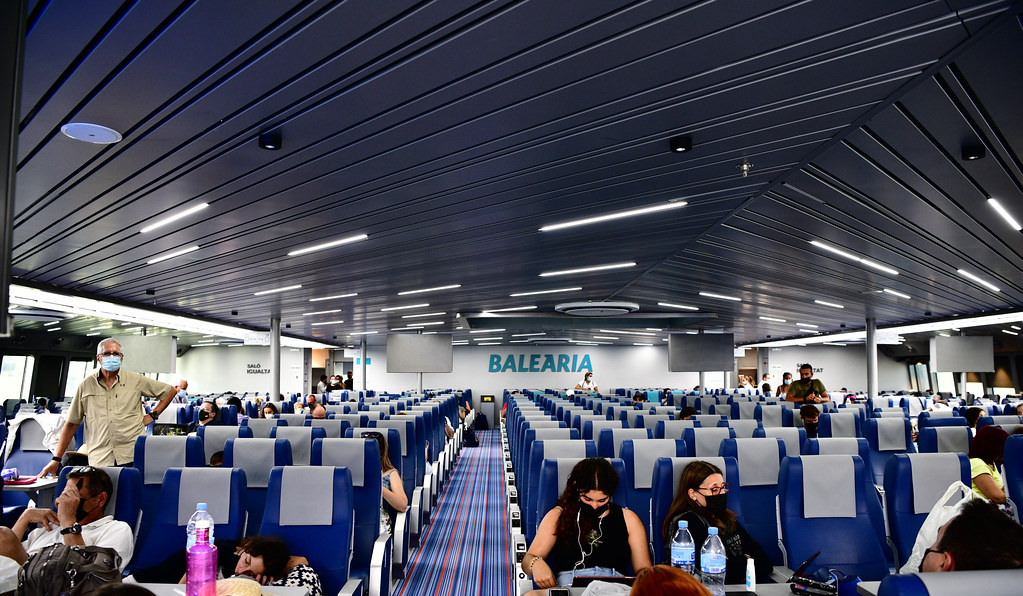 « « Meet The Bae-laric Islanders!
New Yorkas in Mallorca, while in the Palma of my Hand » »