Santa Ana Over To Tazumal

After an early breakfast at 8am and disappointigly finding out that Joya de Ceren — the Pompeii of El Salvador — was temporarily closed for renovations, we instead set off for San Andres: a pre-Columbian site in El Salvador beginning in 900 BC and abandoned by 250 AD after the volcanic eruption of Lago Ilopango. 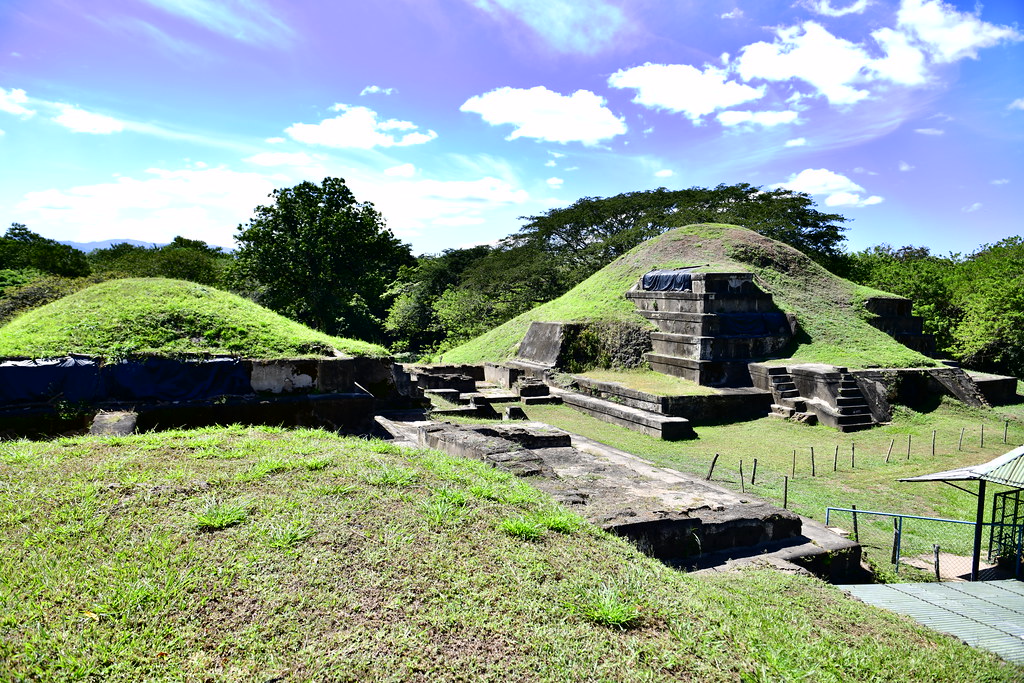 This site was occupied again in the 5th Century, along with many others in the valley of Zapotitán. Then between 600 and 900 AD, San Andrés became the capital of a Mayan district with control over the other regions of Valle de Zapotitán.

After paying the $5 USD admission fee and washing our hands with a quick vaccine card and temperature check, we were treated to a 45 minute guided tour of the site (Spanish speaking only). 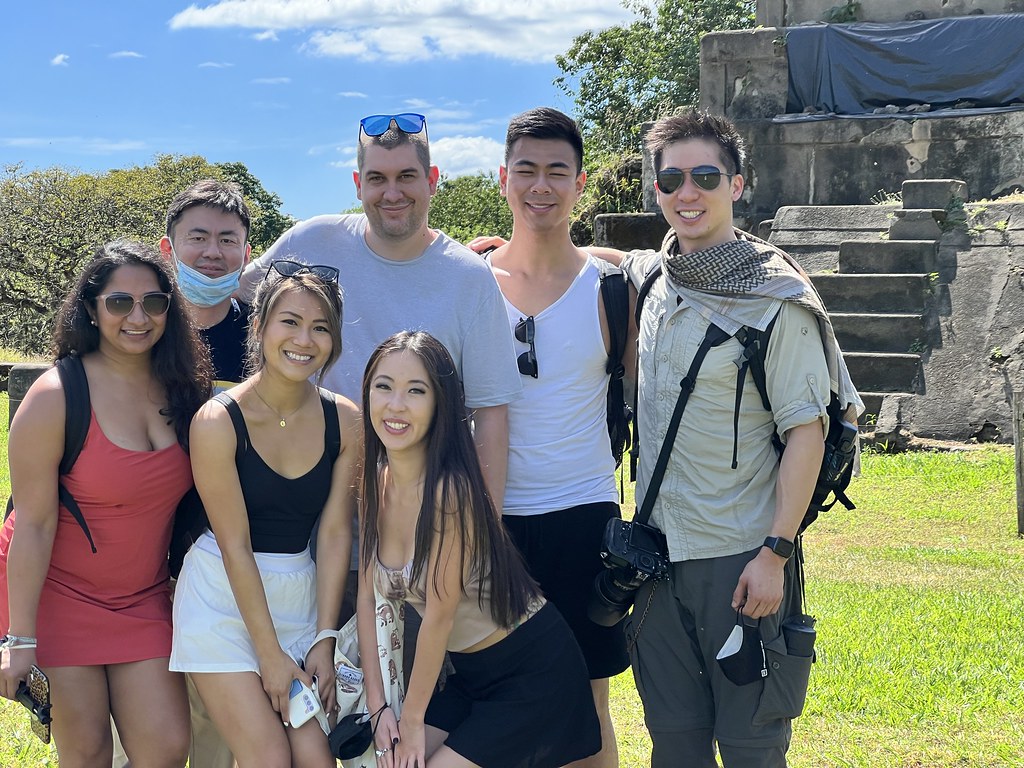 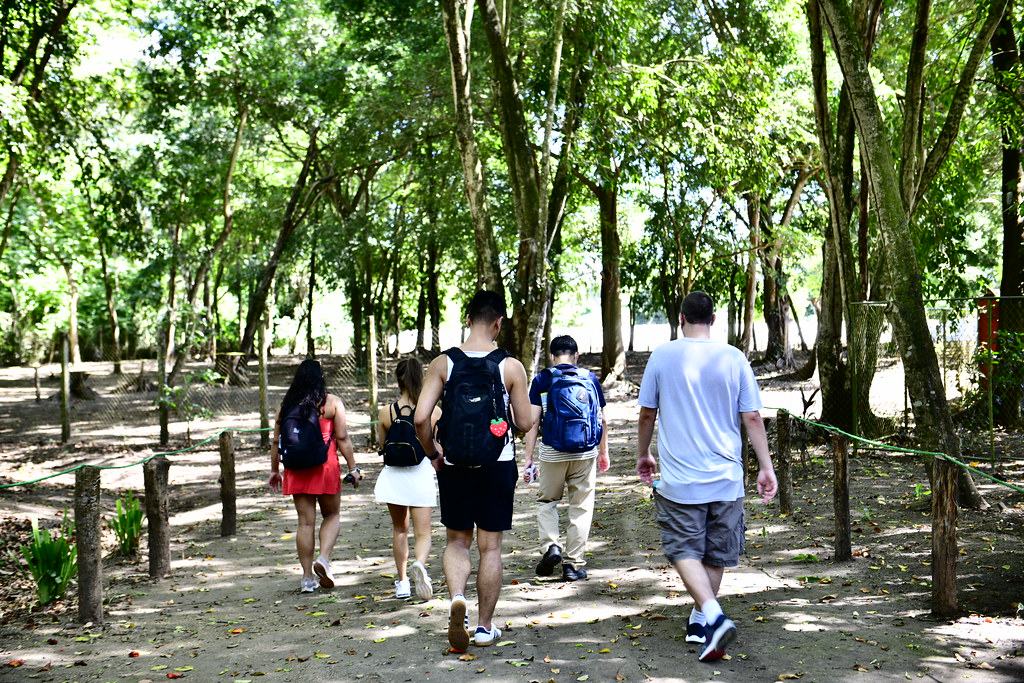 From San Andres we then drove onto Lake Coatepeque for lunch. Created from a volcano, the lake is located 20 minutes south of the city of Santa Ana with an altitude of 745 meters above sea level and a depth of 115 meters. 20,000 people live around the lake. 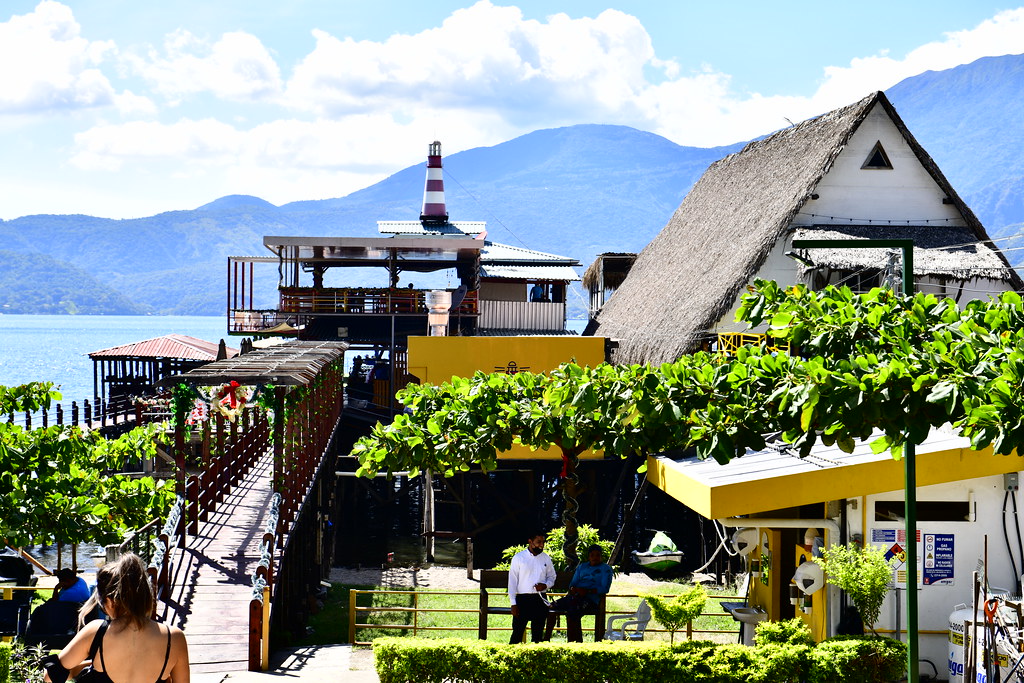 A splendid scenery for an alfresco lunch by the water. 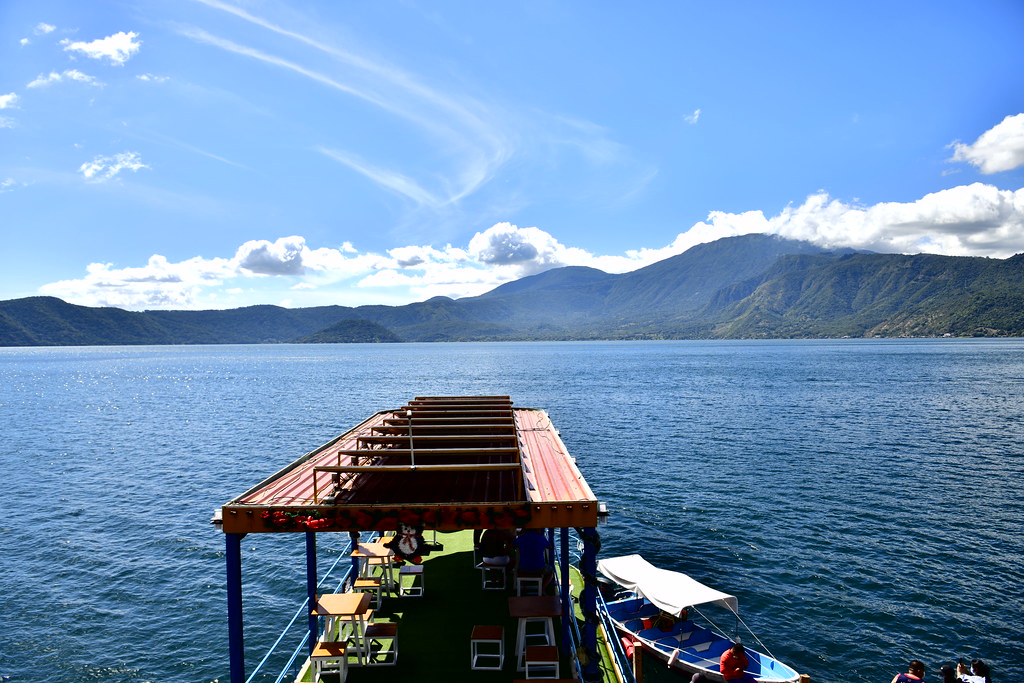 The lunch was so filling that everyone fell asleep. On my birthday of all days. Hmph! 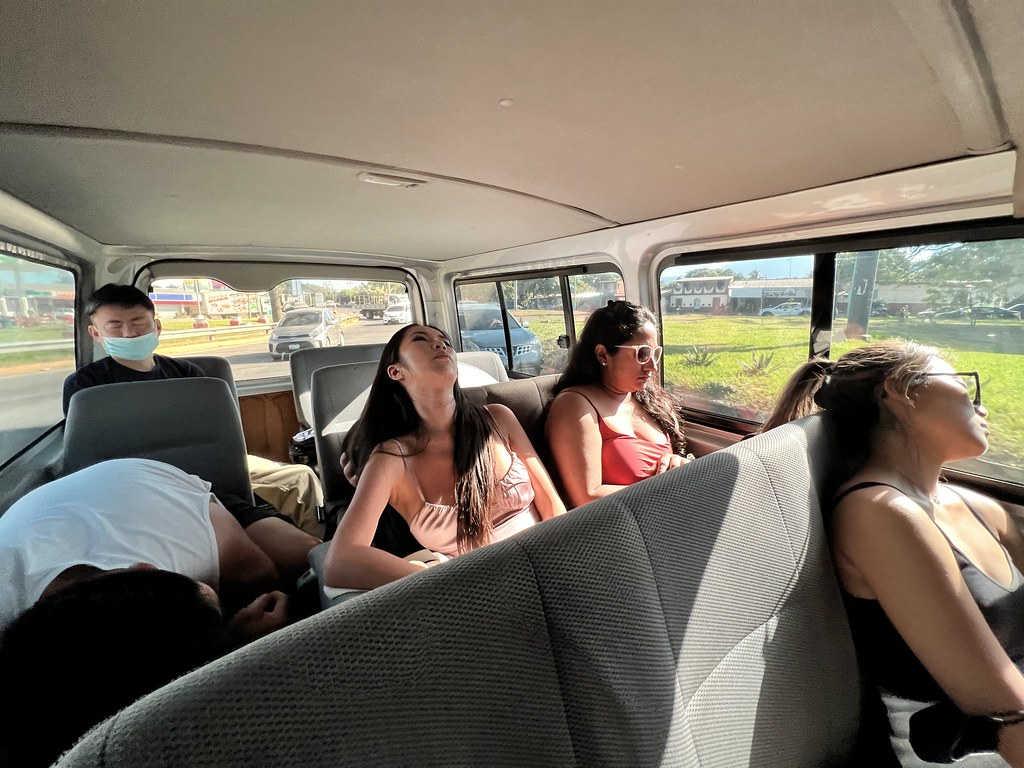 Driving on for another 30 minutes we managed to reach Tazumal an hour before closing at 4pm. Like San Andres, Tazumal is a pre-Columbian Maya archeological site excavated in the 1940s. 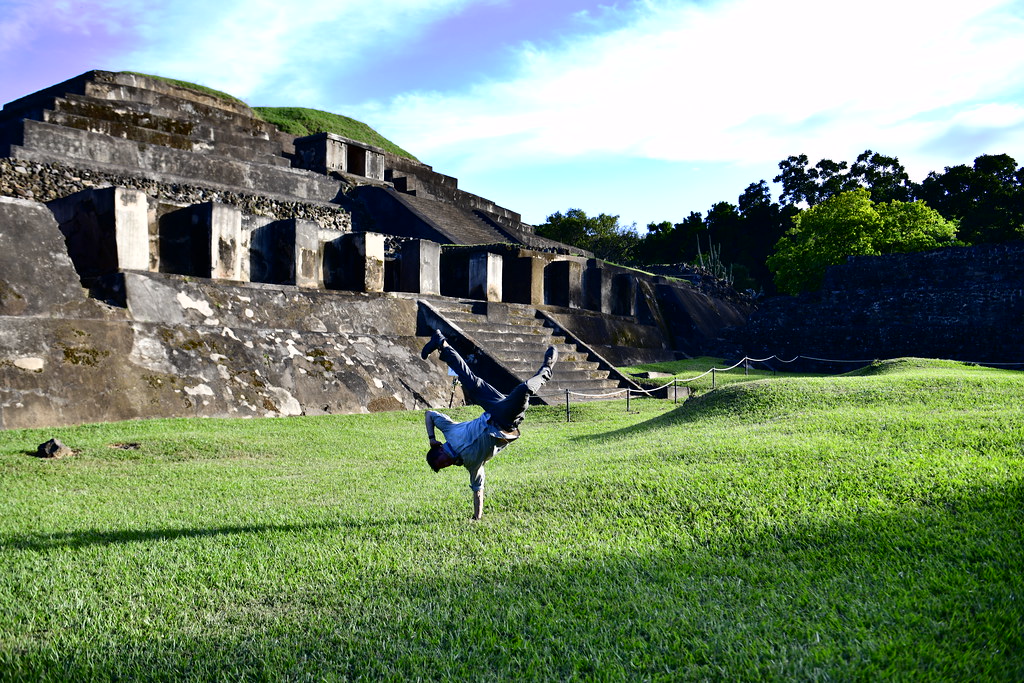 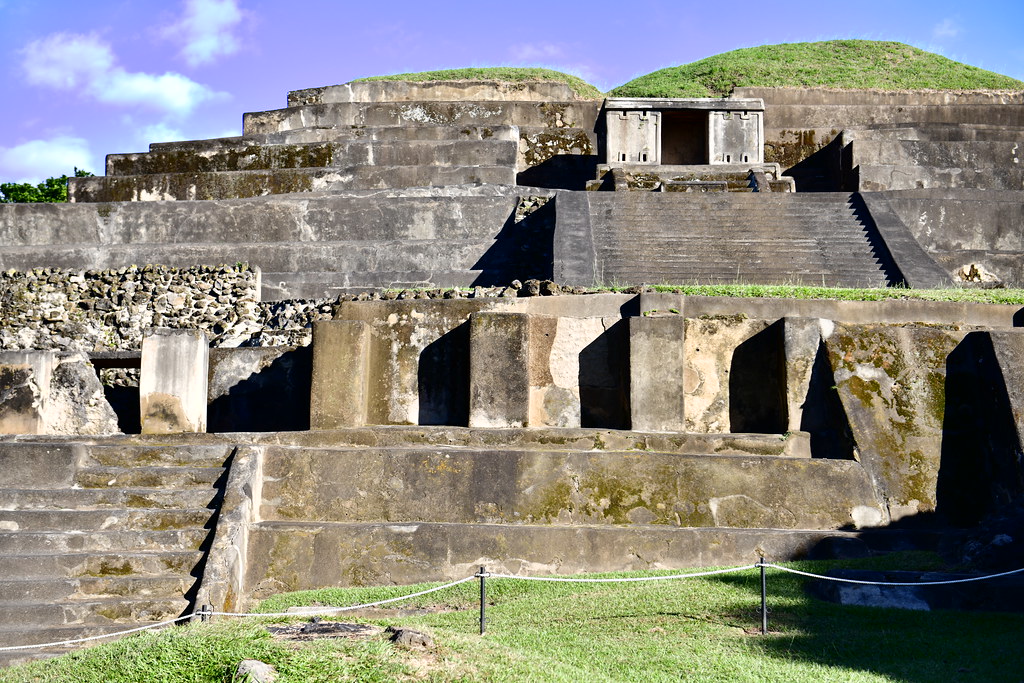 But unlike San Andres, there is no guided tour; once you pay the $5 admission fee, wander and climb up to your heart’s content here. 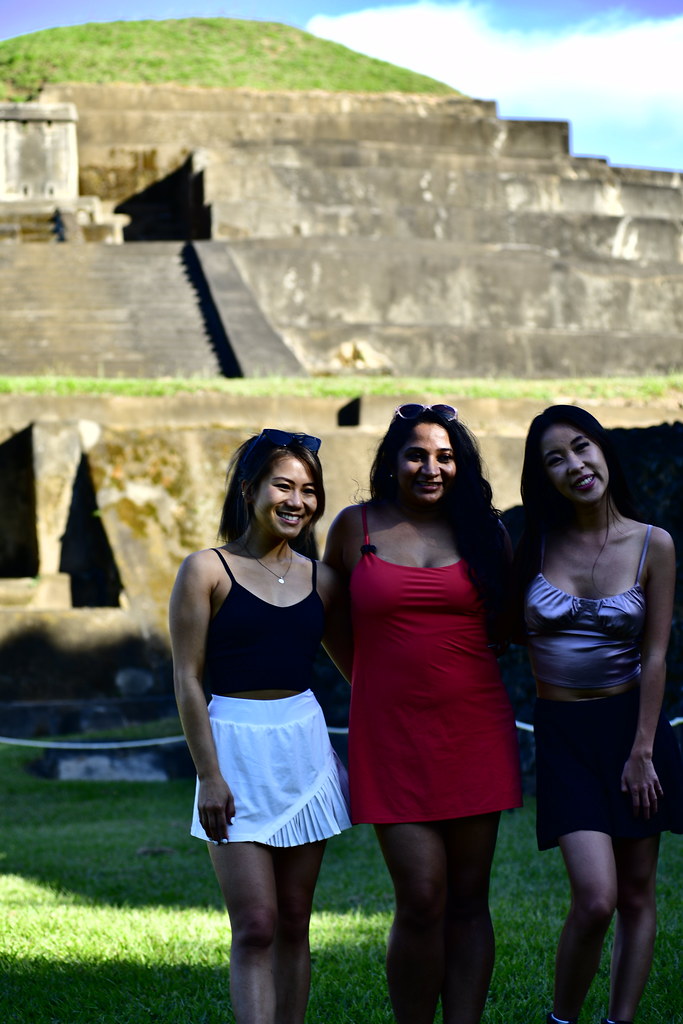 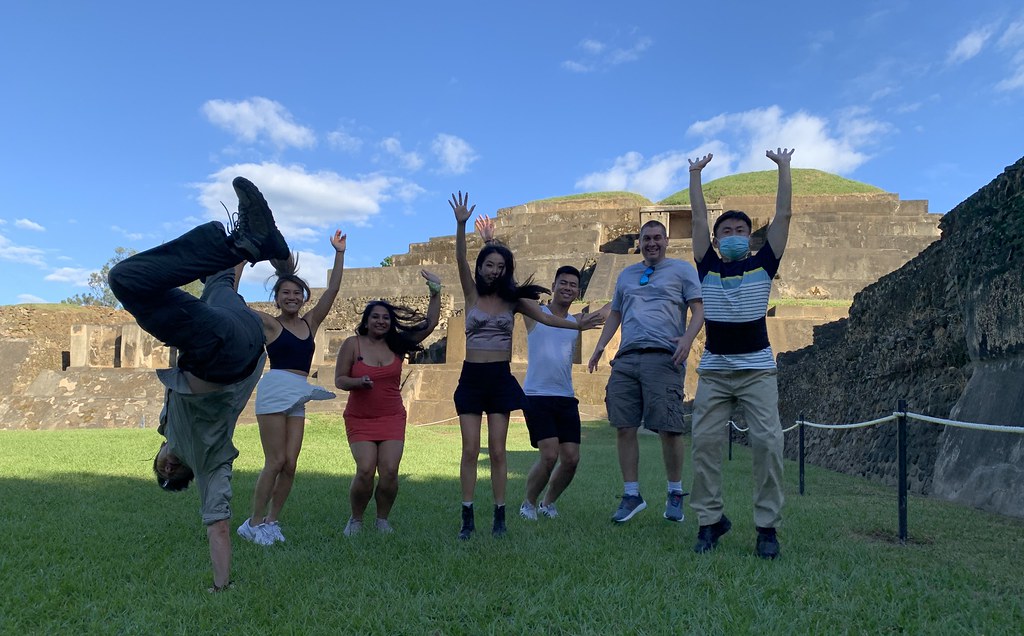 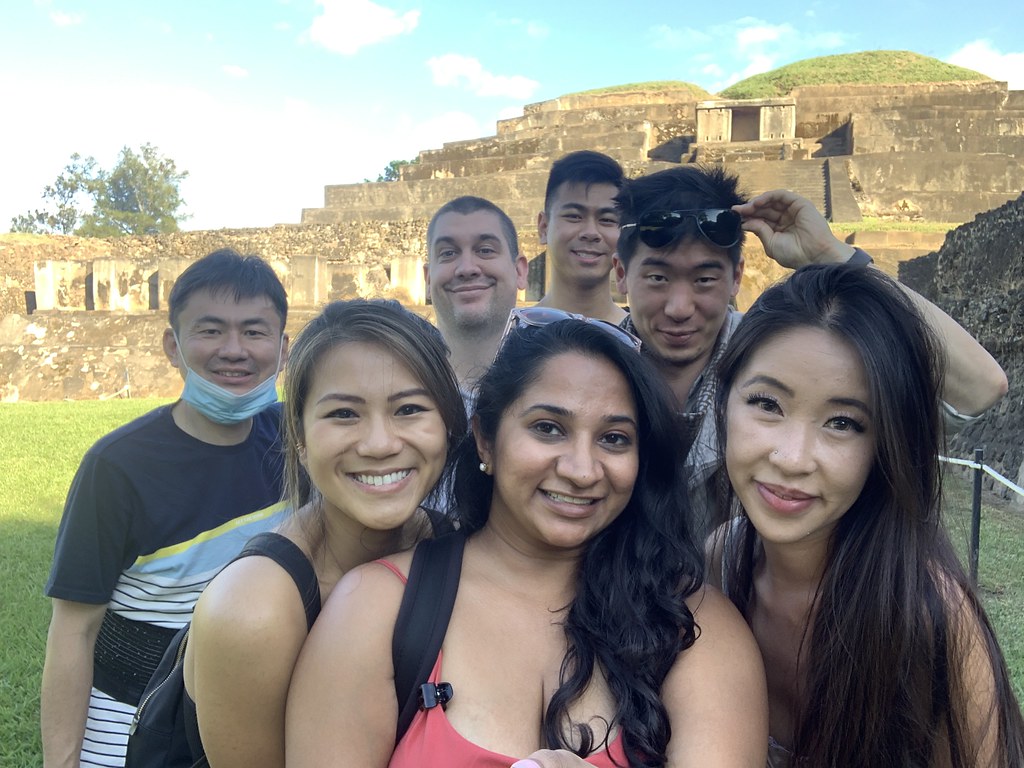 The best part was when we sat on the grass and watched the world go by. 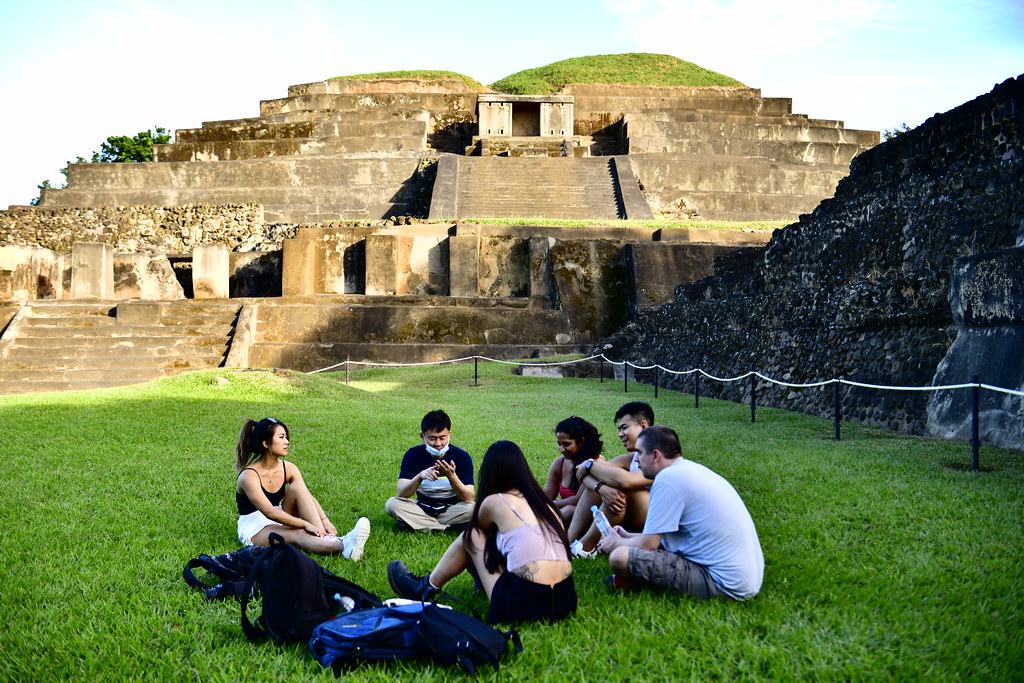 Leaving at 4pm right at closing, we drove back east 20 minutes to Santa Ana, the second largest city in El Salvador.

Everyone comes to Santa Ana not only for a more authentic Salvadorian experience, but also for the Cathedral. Are we in Milan? 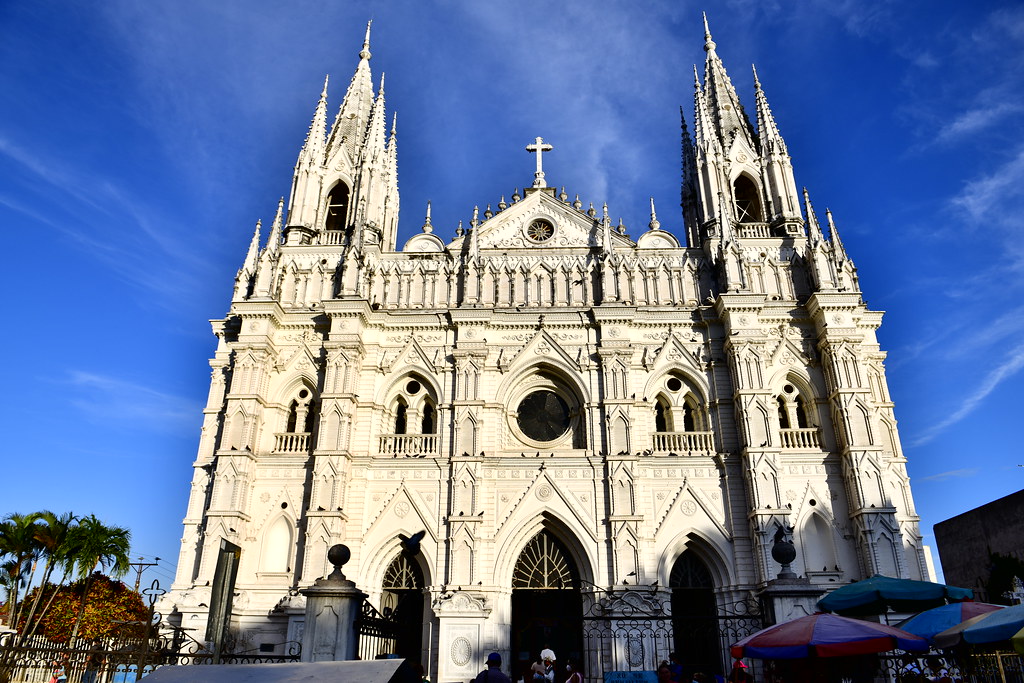 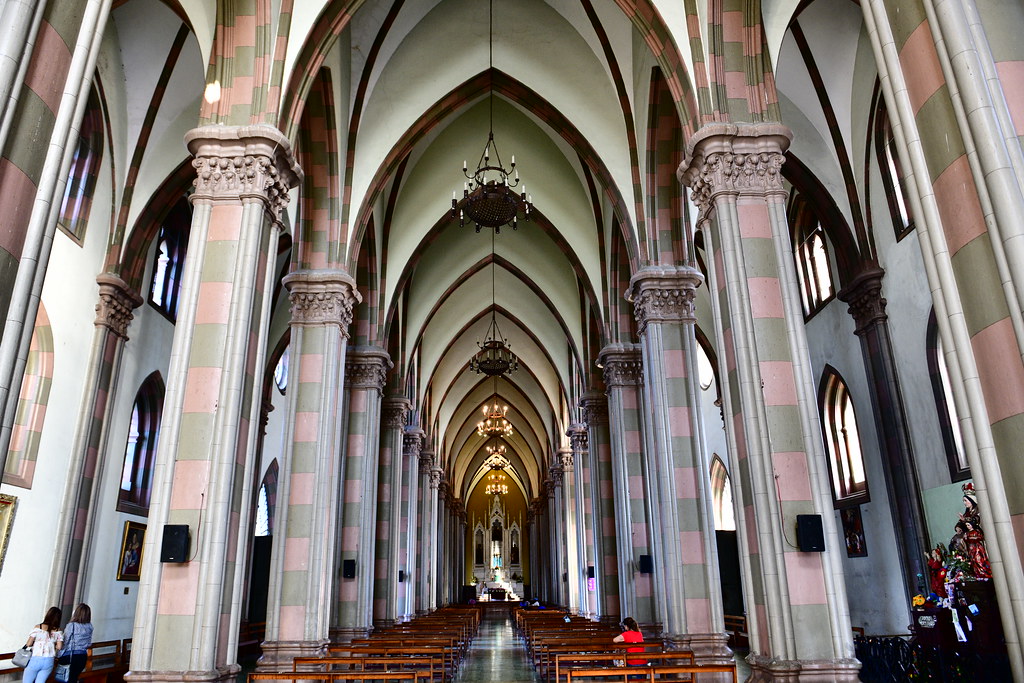 Right by the cathedral in the public square is the gloriously built Santa Ana Theater: 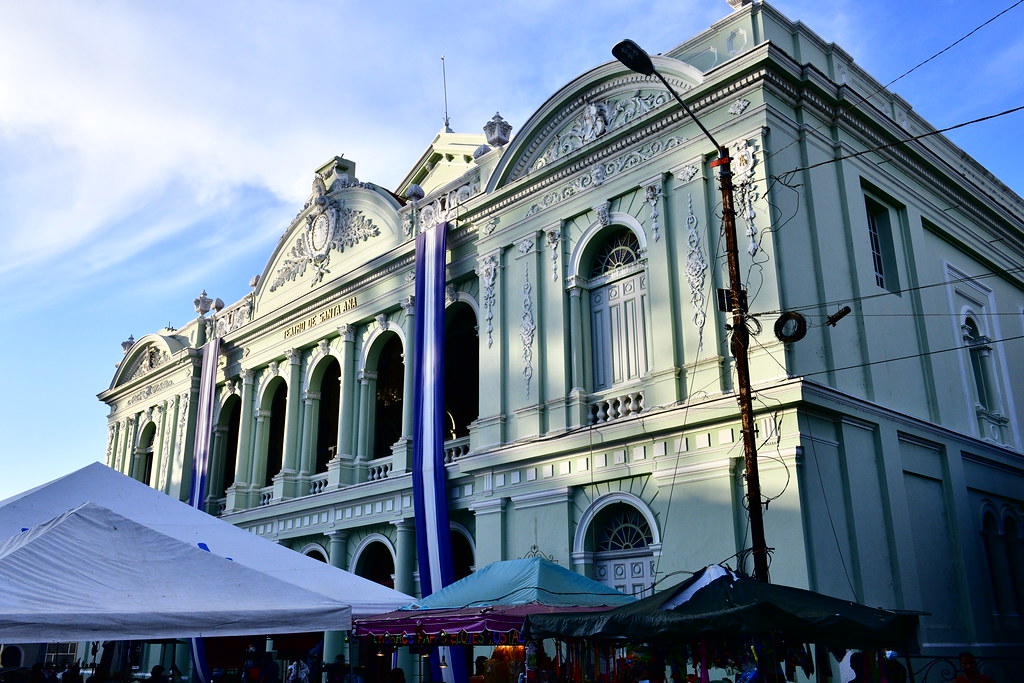 Don’t miss the other architecture in this area unique to Santa Ana; you can’t find this in San Salvador as readily. 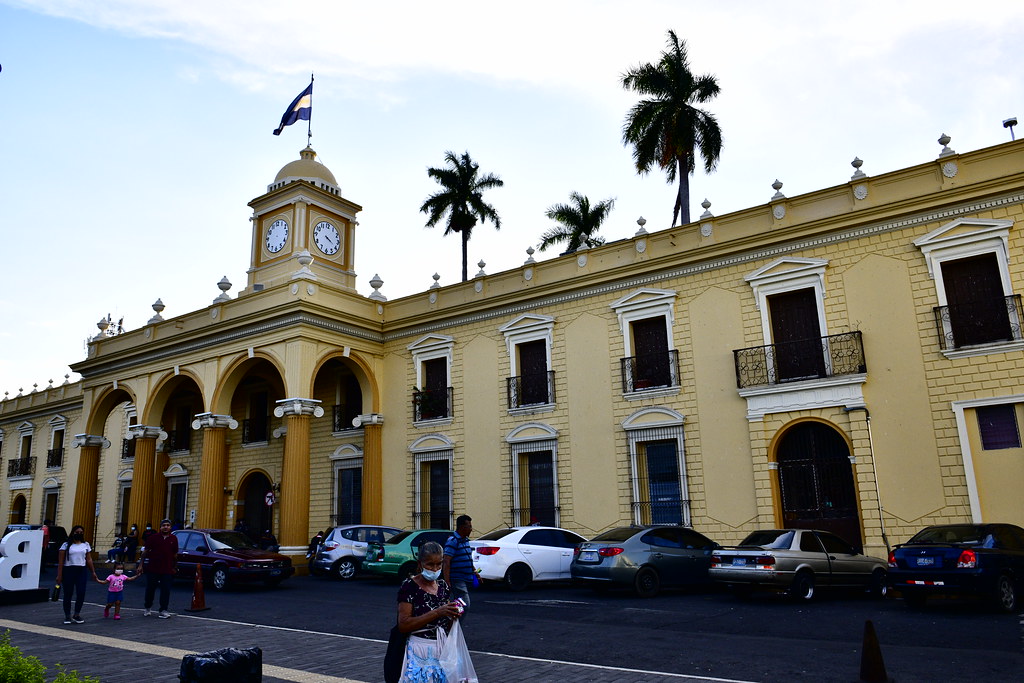 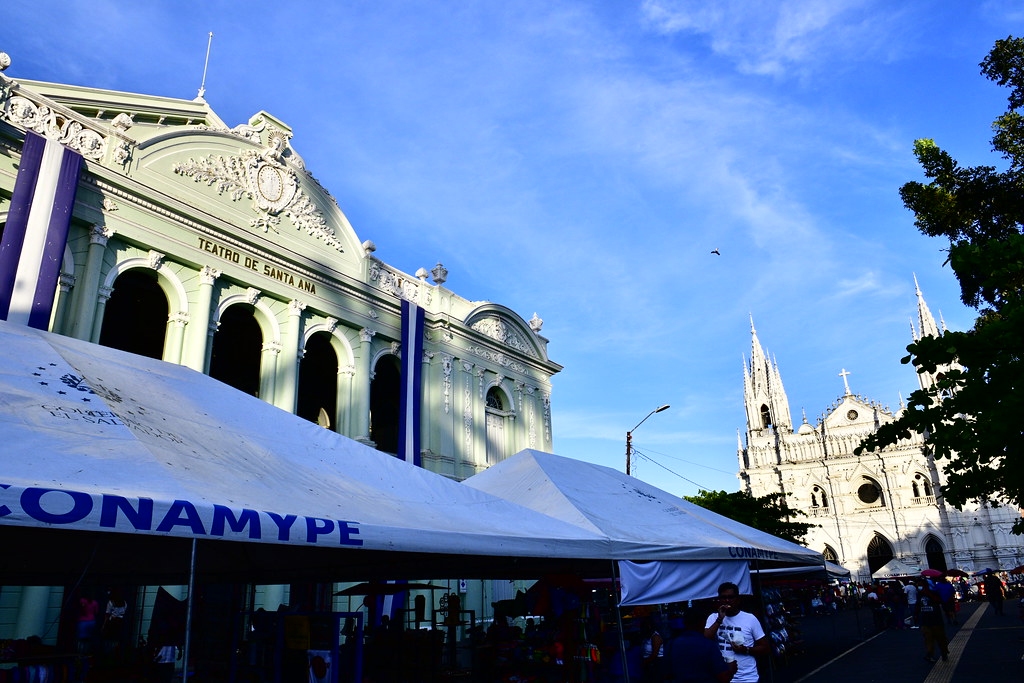 Golden hour is the best hour: 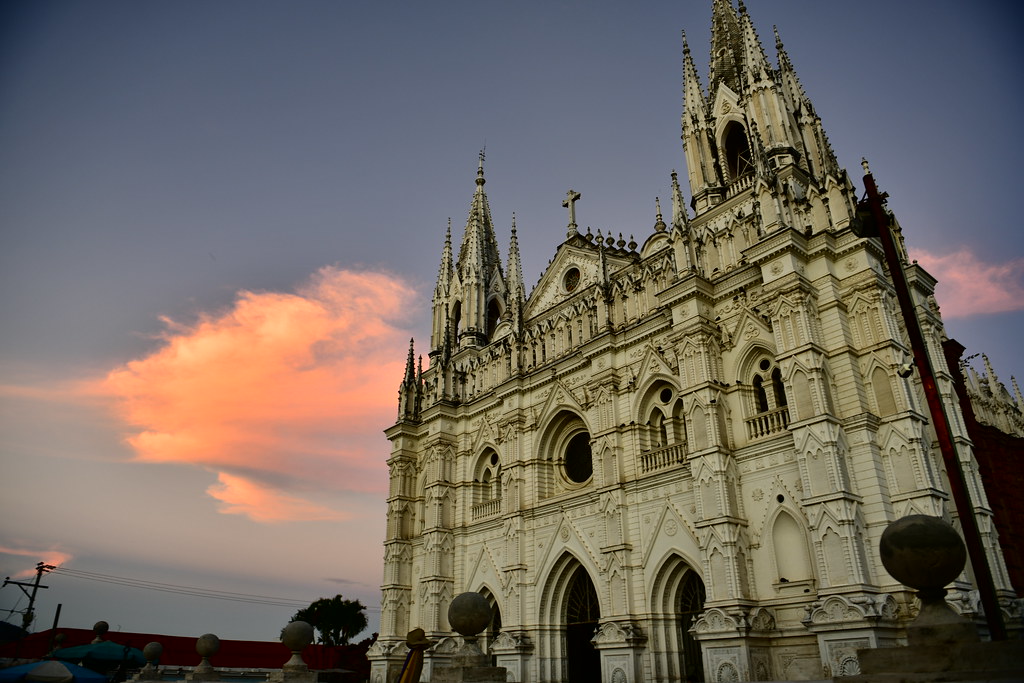 After a light dinner and drinks at Simmer Down we then headed back to San Salvador while making a pit stop grabbing wine, beer, spirits, and snacks at a local gas station.

Returning to our hotel hour later at 7:30pm, we kicked it on our balcony rooftop back and went in deep the usual monsoon way when we’re in good company.

Happy birthday to me. 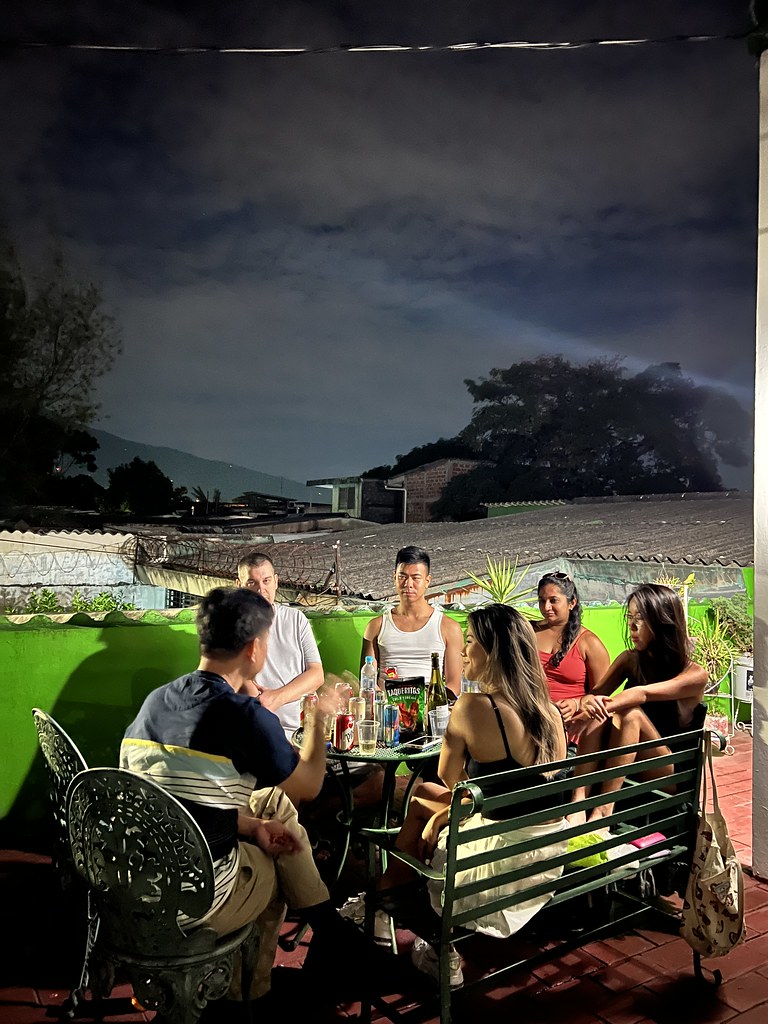