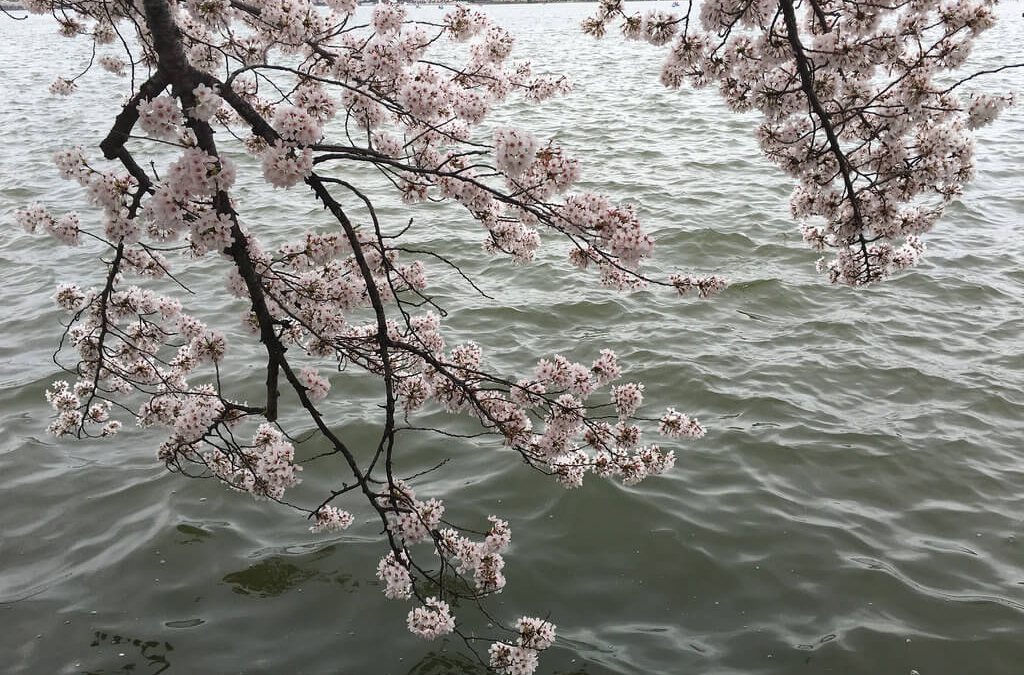 I would not be pleased to break my recent streak of weekly travel for the past 8 weeks. Therefore, this weekend I headed to our nation’s capital for the annual cherry blossom festival where the cherry blossoms are at their peak bloom.

After work on a long Saturday, I boarded a 6:30pm Megabus and arrived around 11pm.

Since I had over 40,000 SPG points (that I had acquired by being an American Express SPG cardholder) that were about to expire, I was instructed to keep them alive by getting a free night stay at the St. Regis hotel, a Category 6 Starwood property and one of the nation’s best hotels. Can’t complain if I’m forced to stay here! 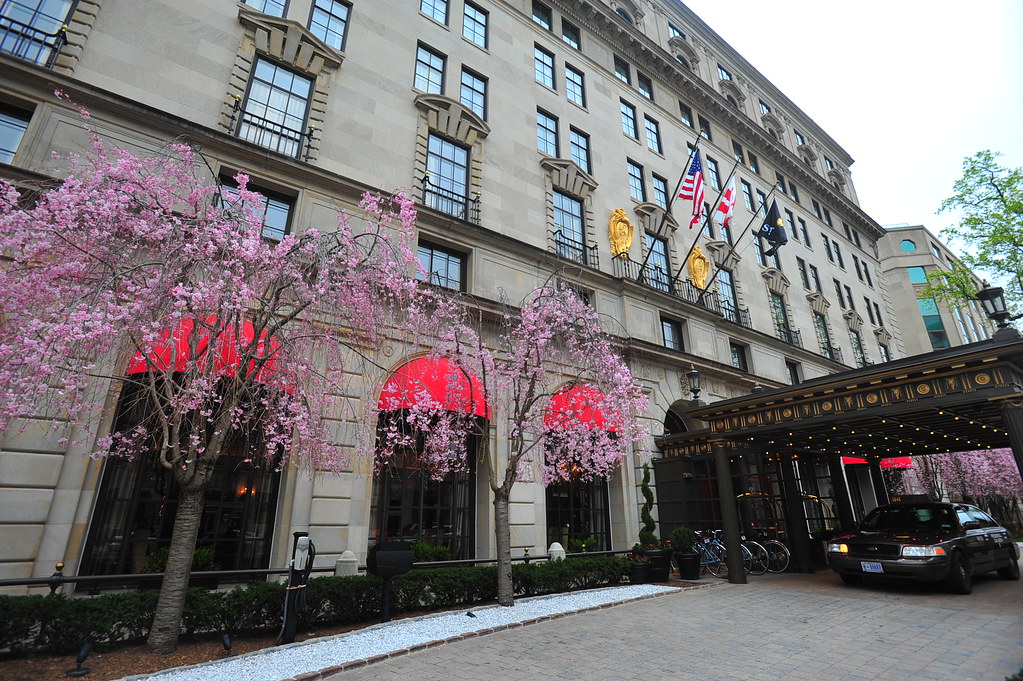 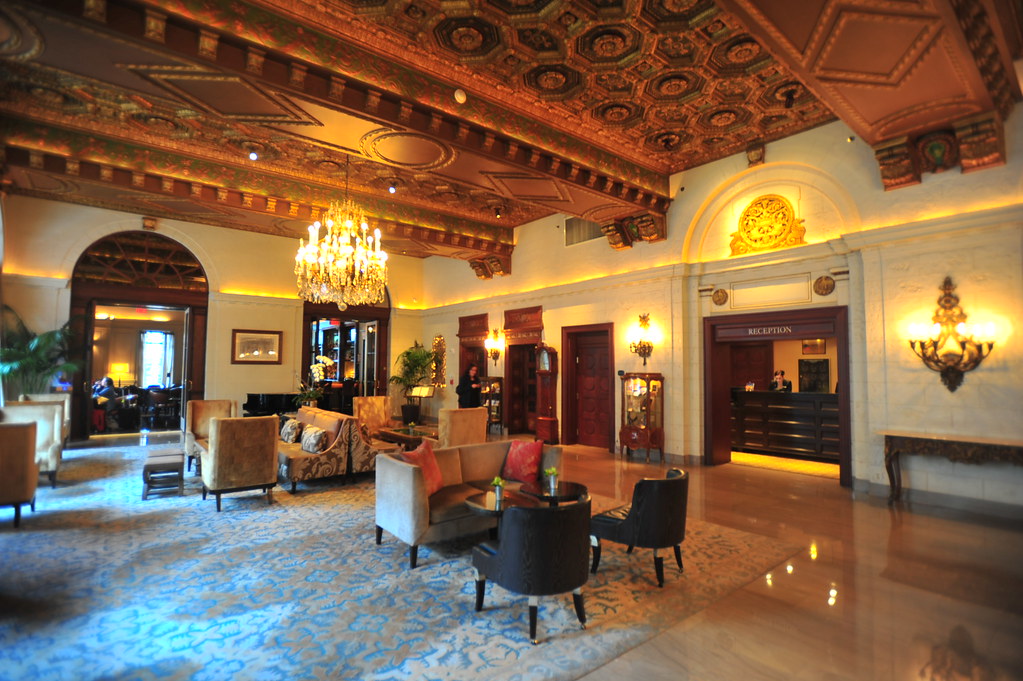 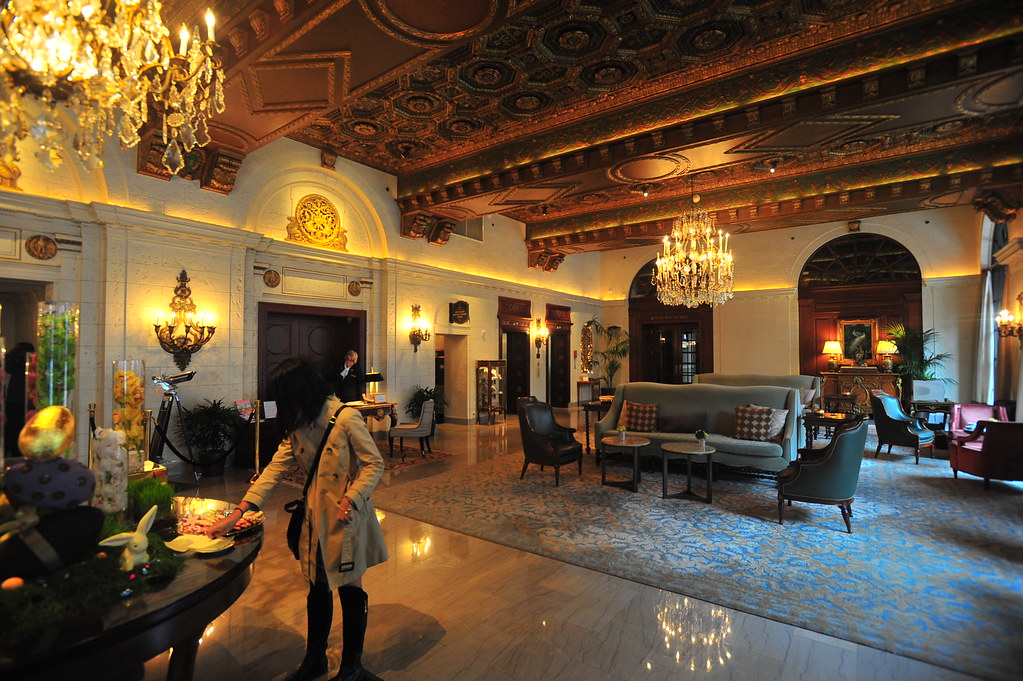 The next morning I walked 30 minutes south from the St. Regis to the Tidal Basin. Here’s where all the action is happening when the cherry blossom trees are at their peak bloom, and you only have 3-4 days to see it every year before the flowers wilt and pass.

The Japanese gifted us with 2 cherry blossom trees as a sign of friendship in 1912. Then 1800 more trees were planted between 1913-1920. Then the annual festival was then established in 1935 with a brief suspension during World War II (for obvious reasons). After 3,800 more Yoshino trees were gifted by the Japanese in 1965, you get the result you see today.

Enjoy elbowing your way through the crowds when you get here! 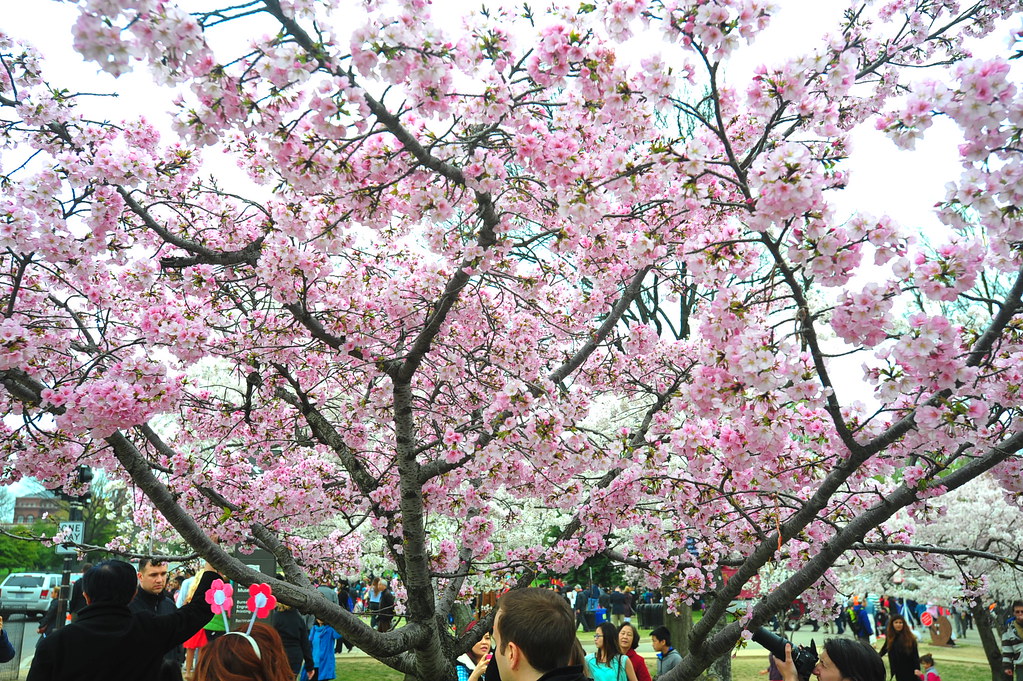 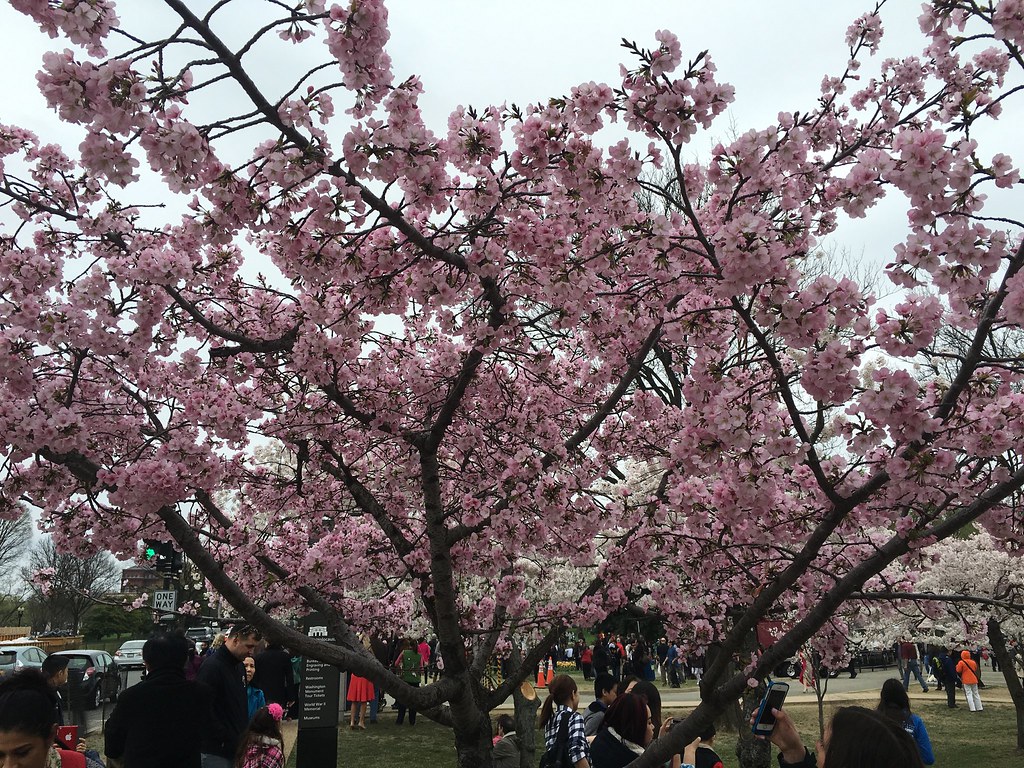 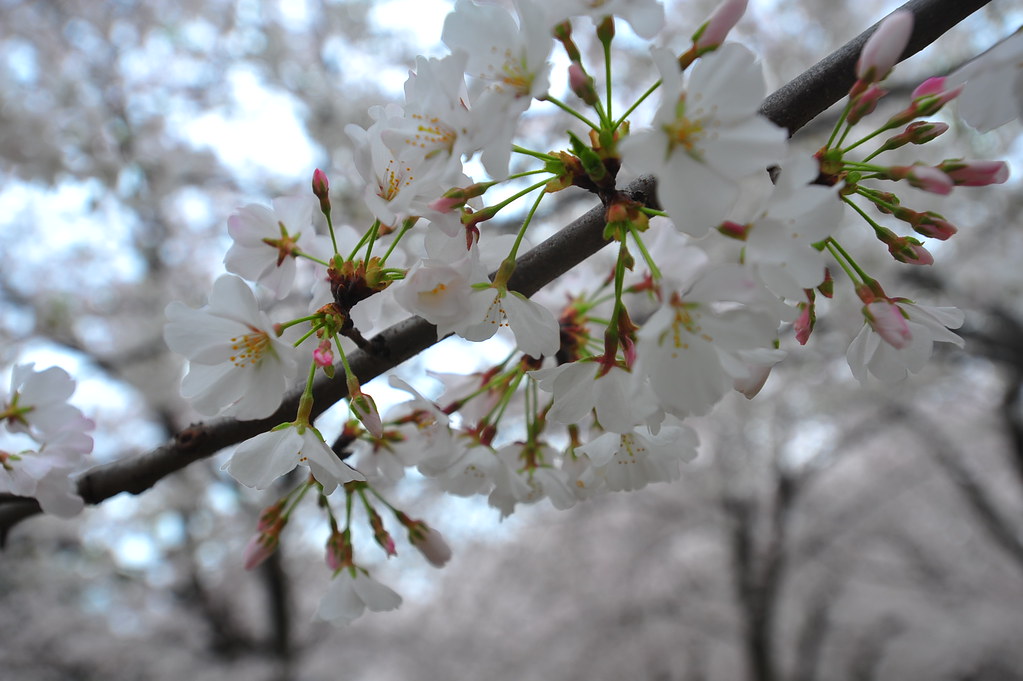 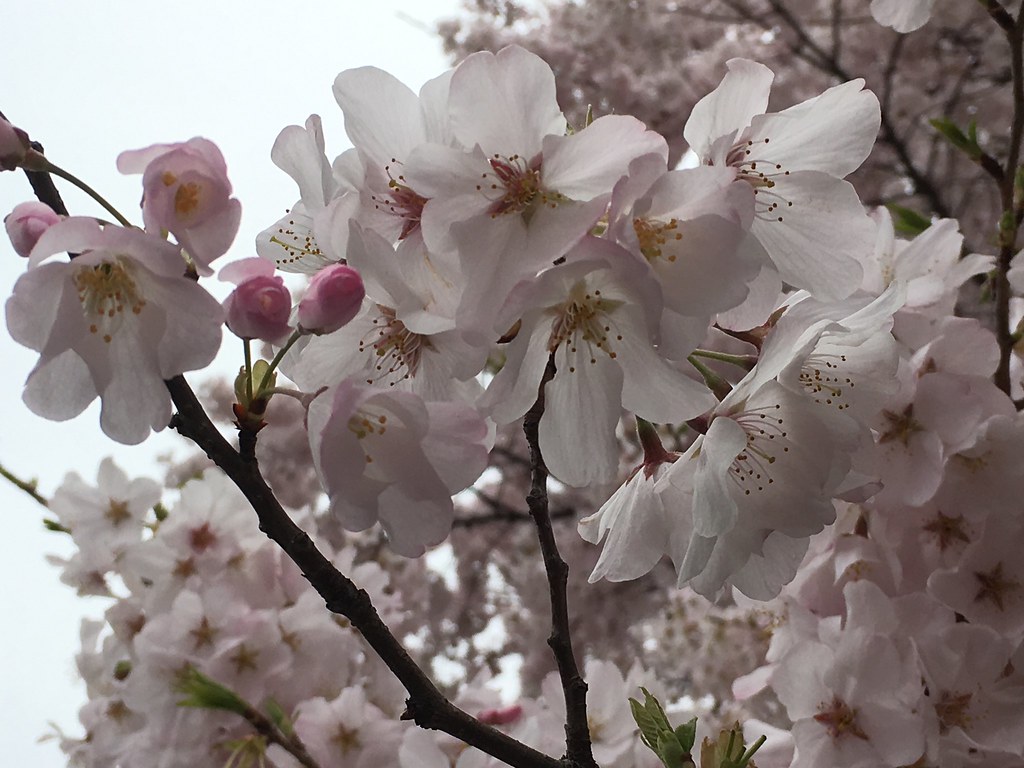 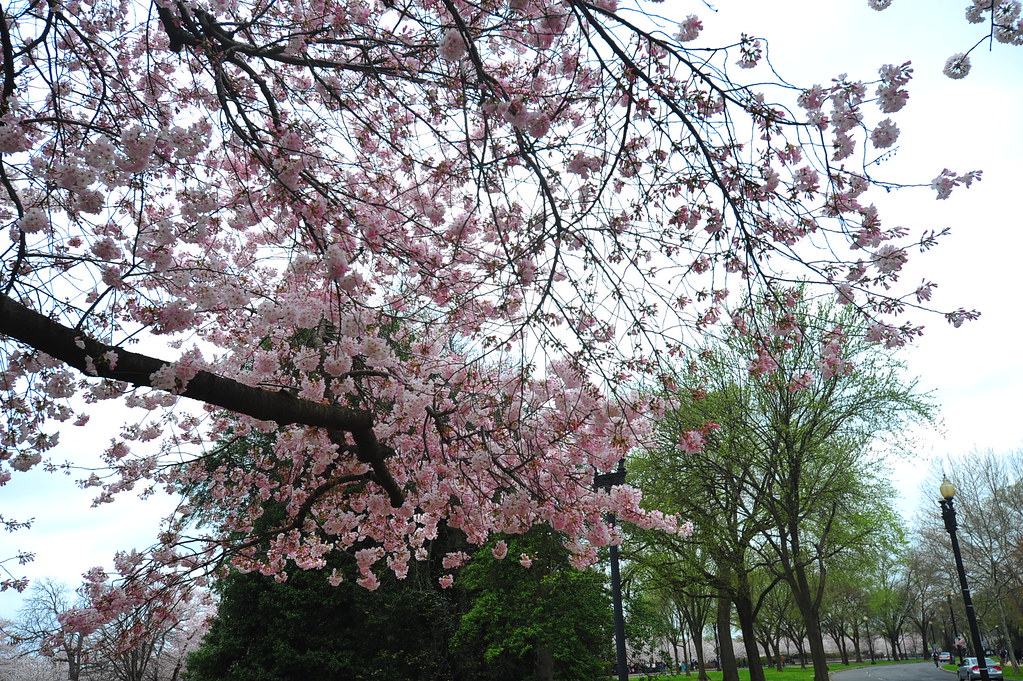 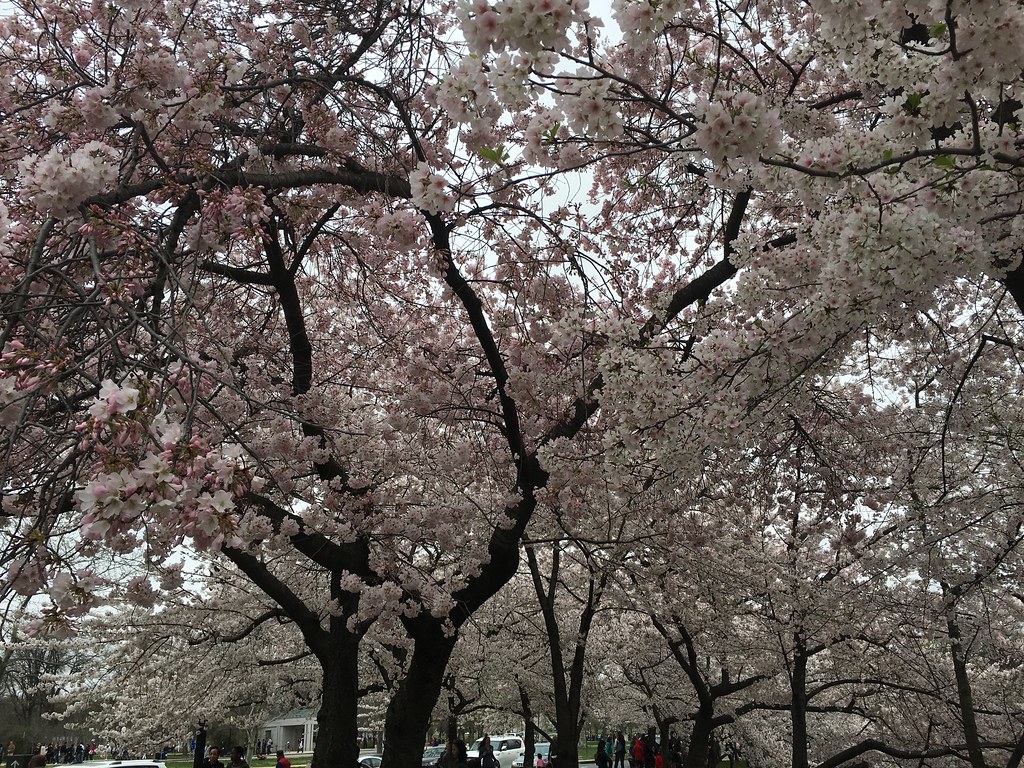 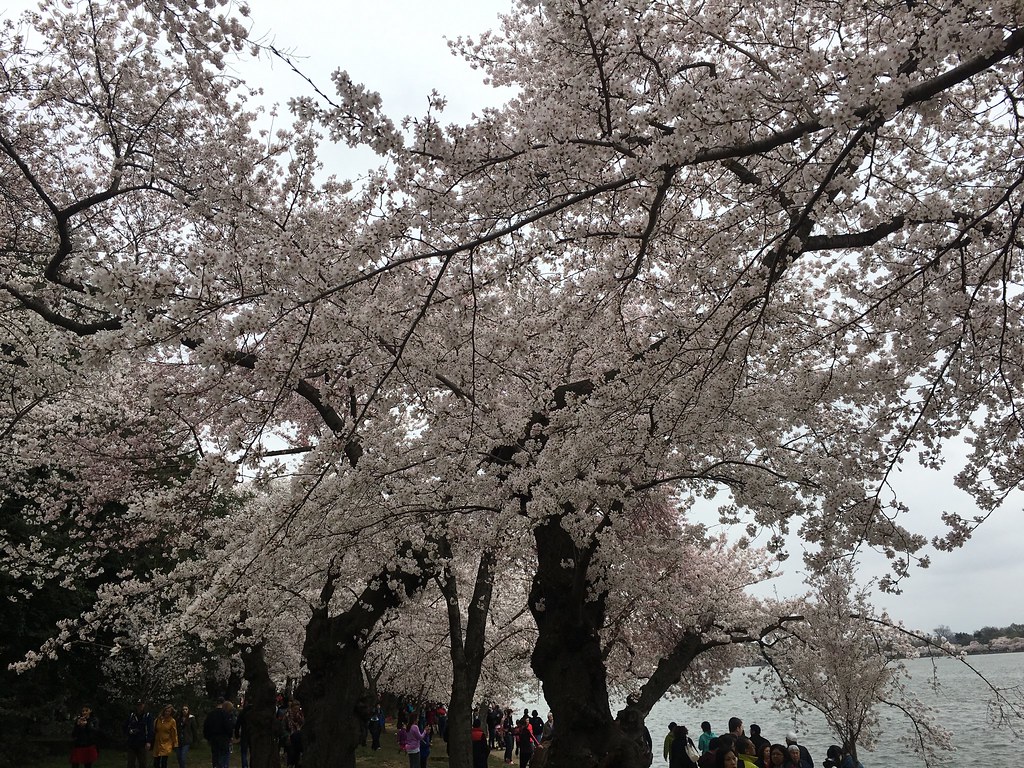 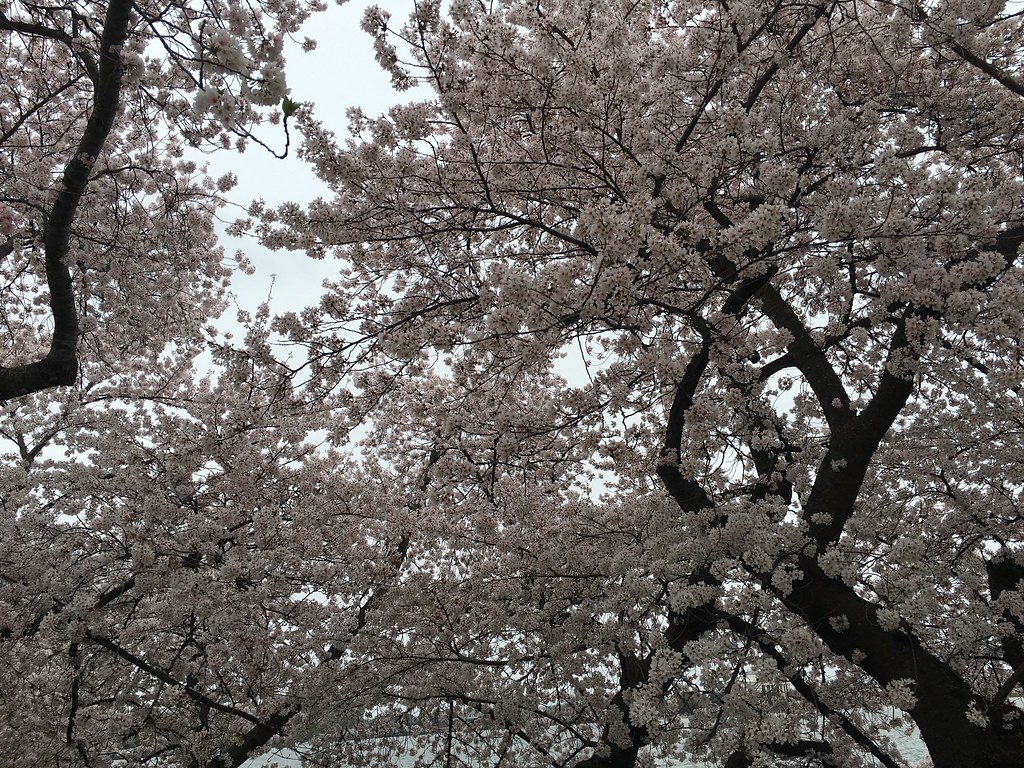 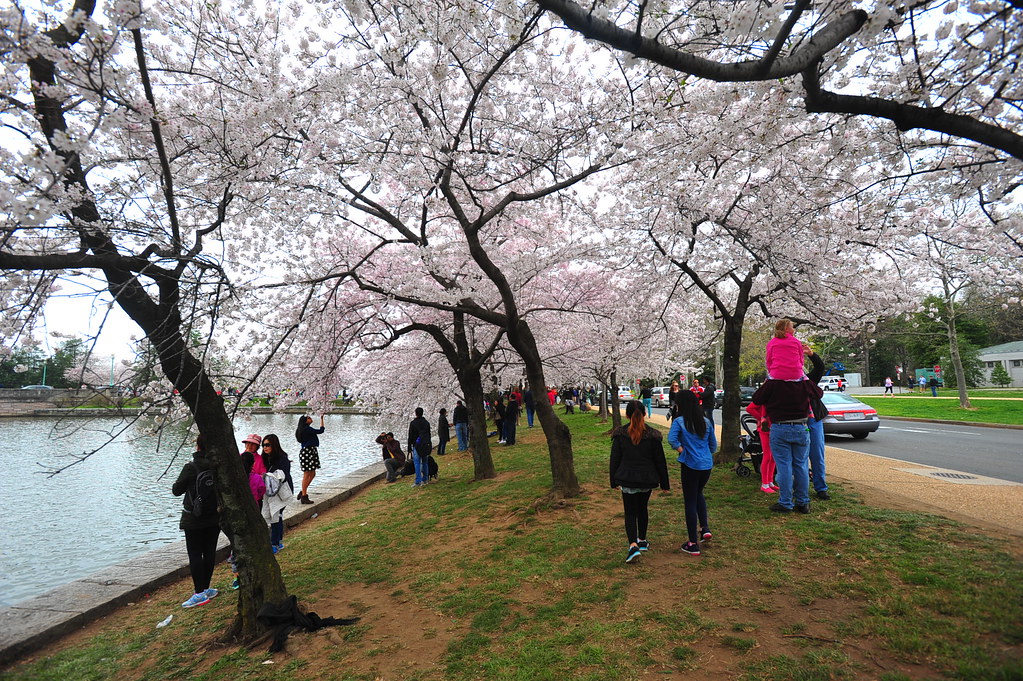 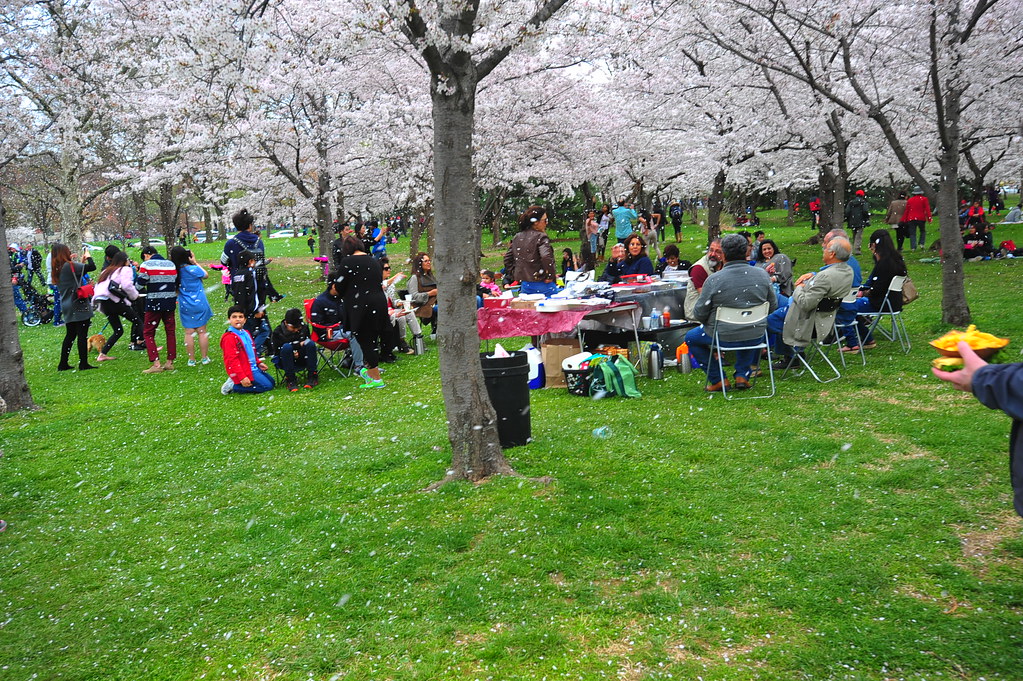 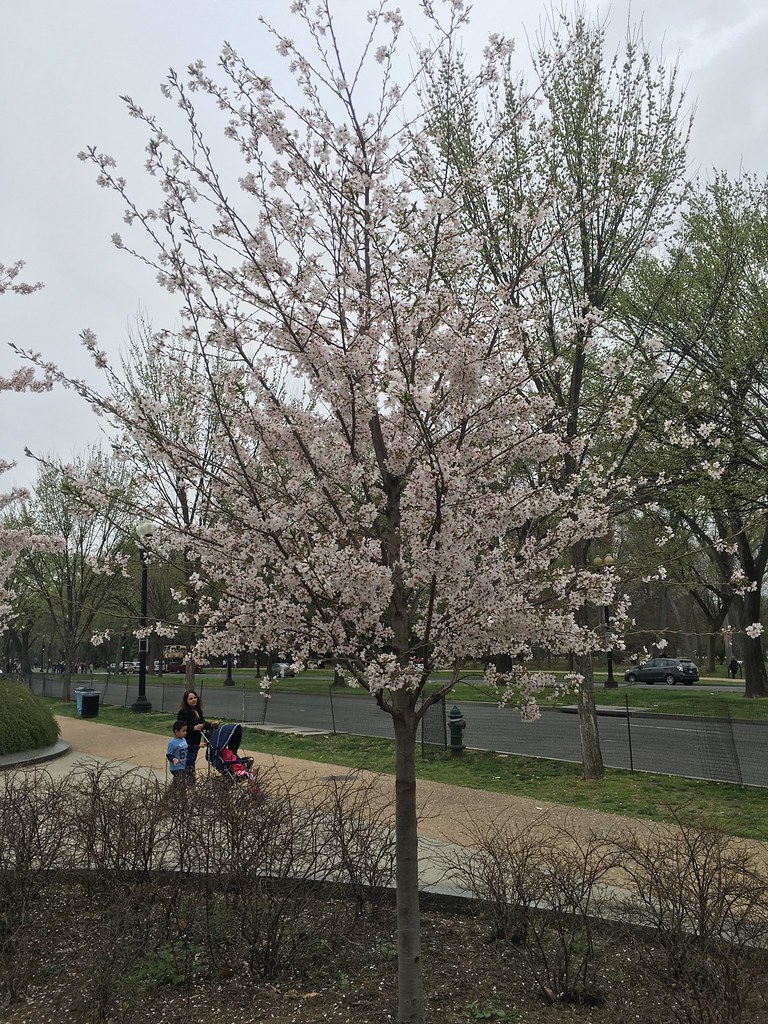 Afterwards, celebrate with a drink at POV bar, a rooftop bar at the W hotel overlooking the city! 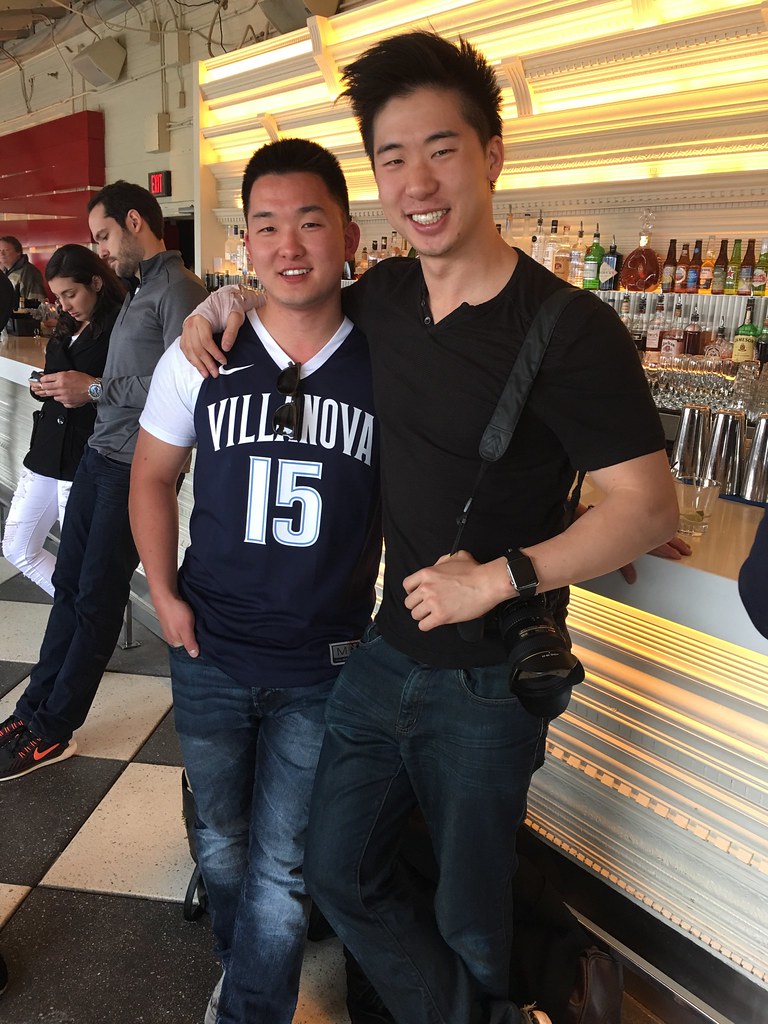 Running into my friend Eugene from ECAASU!

After a dinner at Founding Farmers, I then caught up with my fellow social justice warrior Ilana Alazzeh, loyal monsooner Shanika Jayakody, and ECAASU alumnus (who hosted me back when I was in San Diego in 2010!) Eugene Mok over hookah at Nomad for a few hours, before boarding the overnight 11pm Megabus home back to NYC. 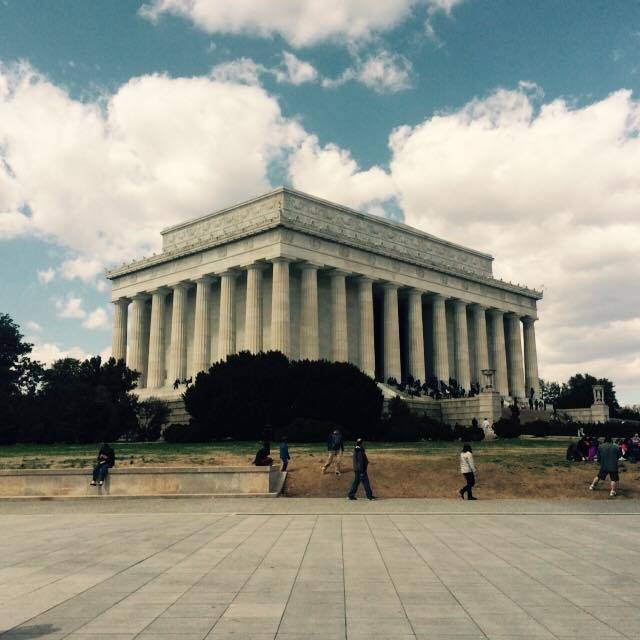 From NYC To DC

Gareth, Jenn, Jorge and I spent the last 2 days leading Roza and her husband, Stephen, around NYC, living vicariously through their wonder at a place we fondly call home. 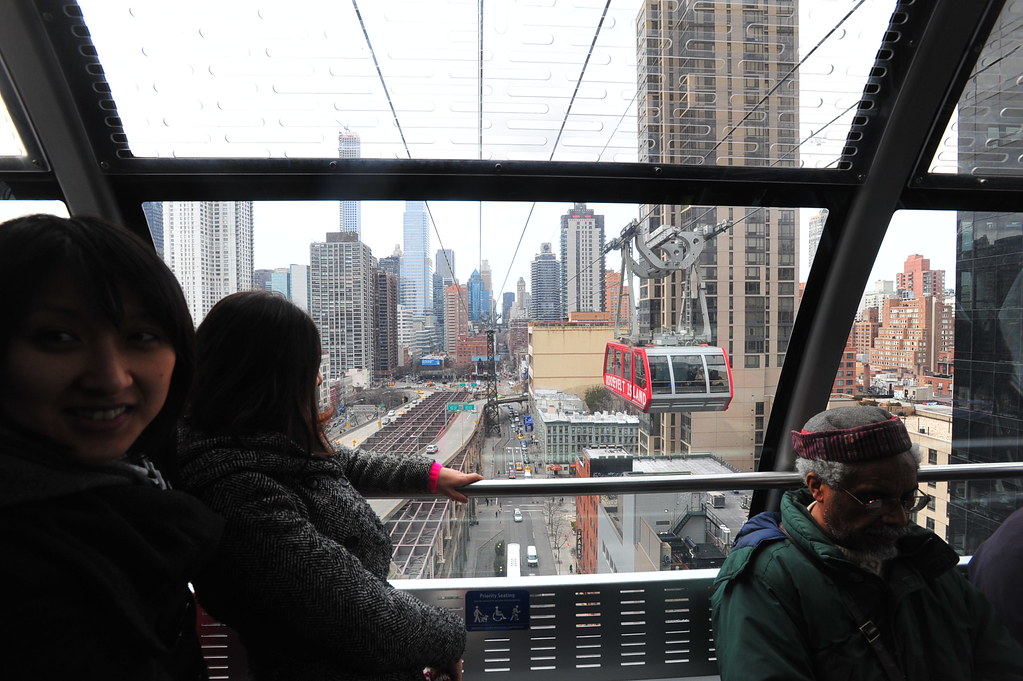 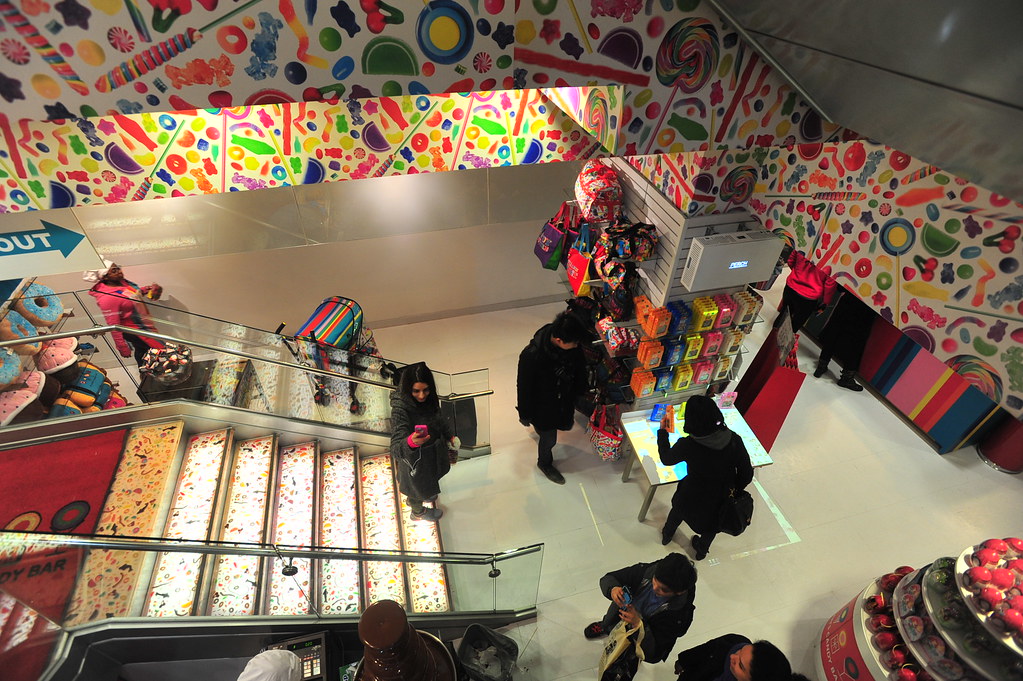 Sometimes you don’t have to travel very far to discover you can once again feel like a tourist in your own city. 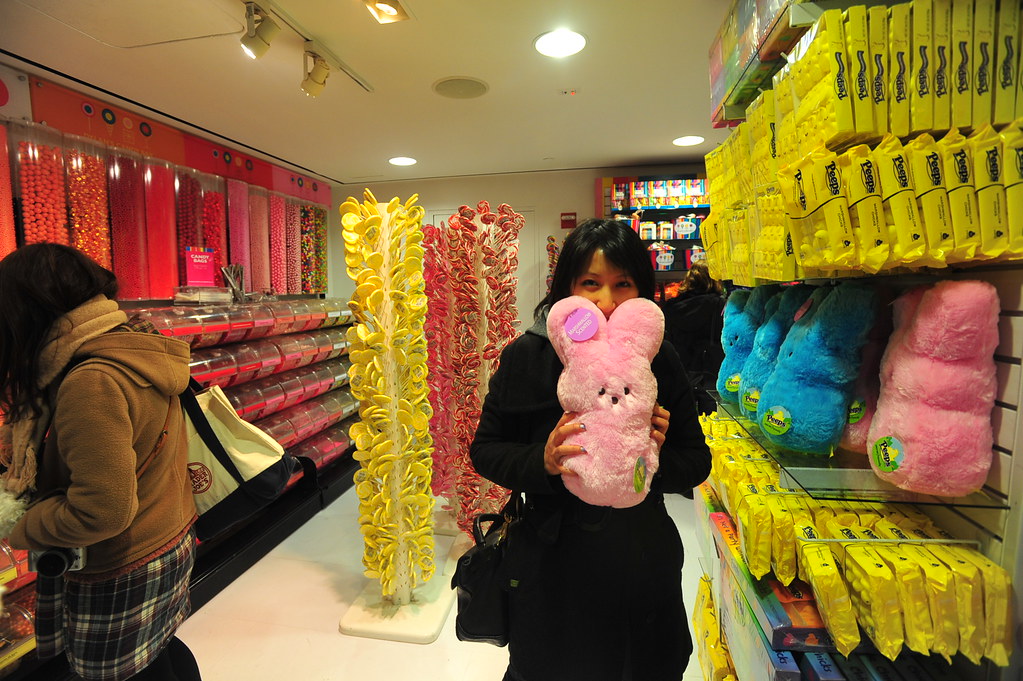 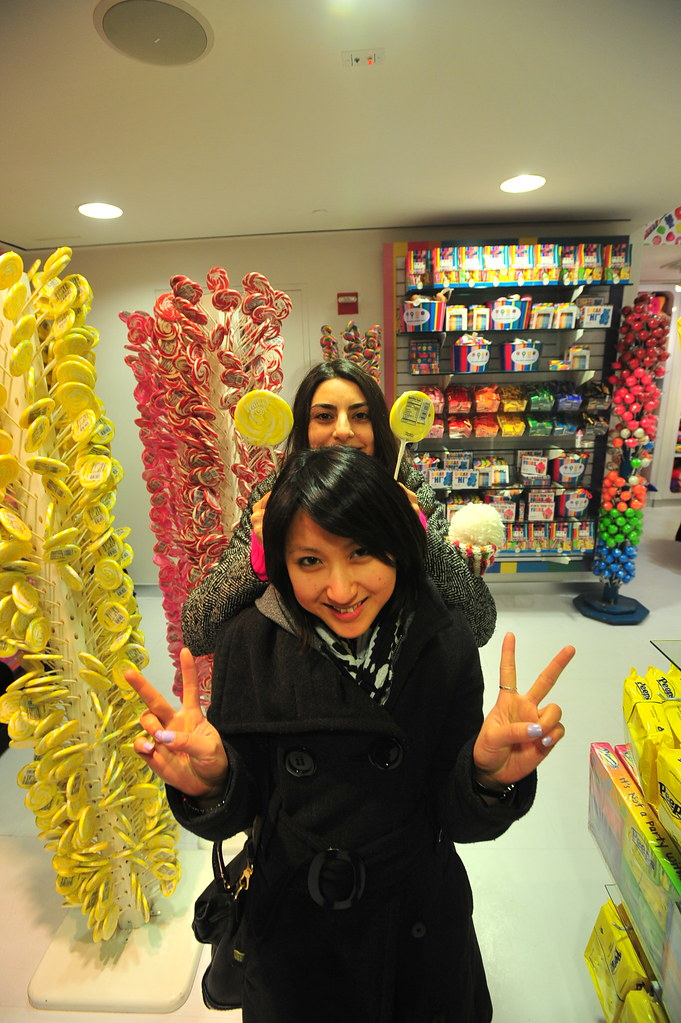 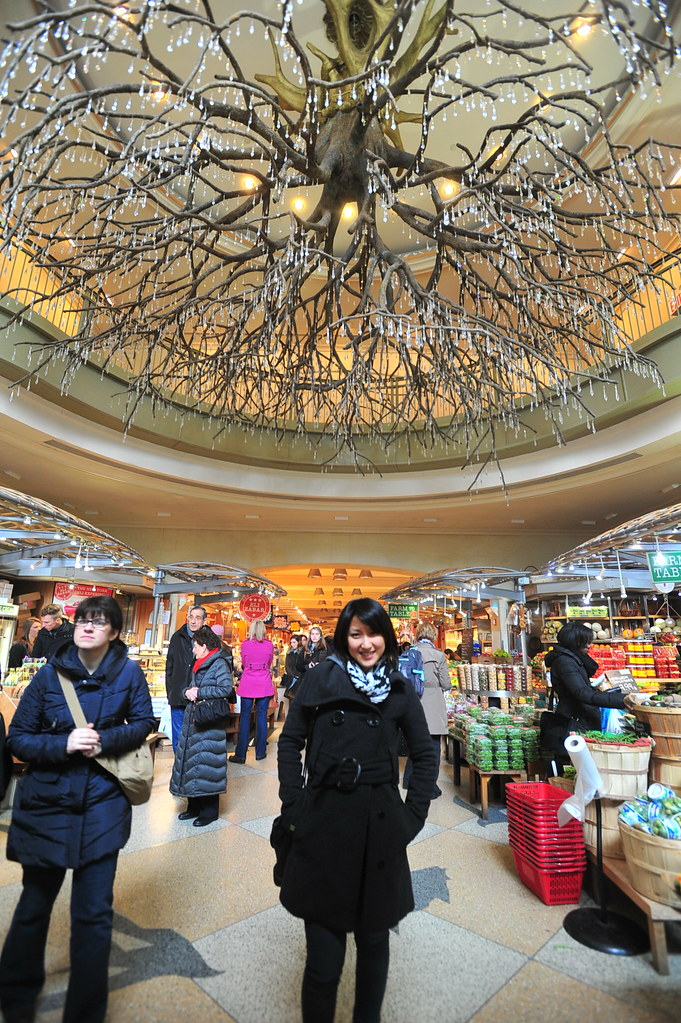 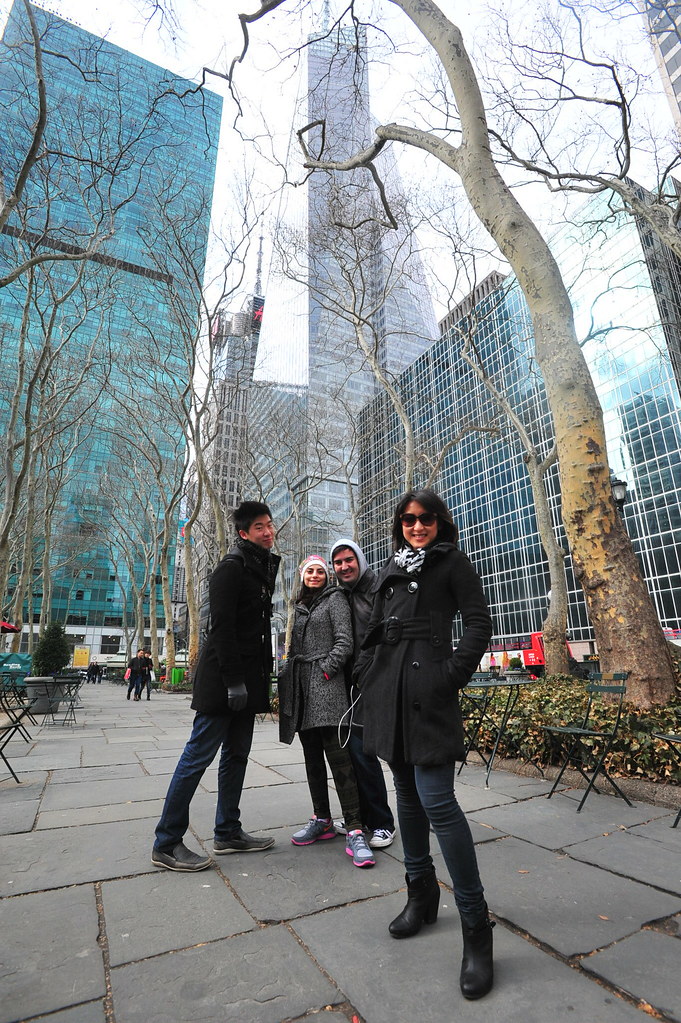 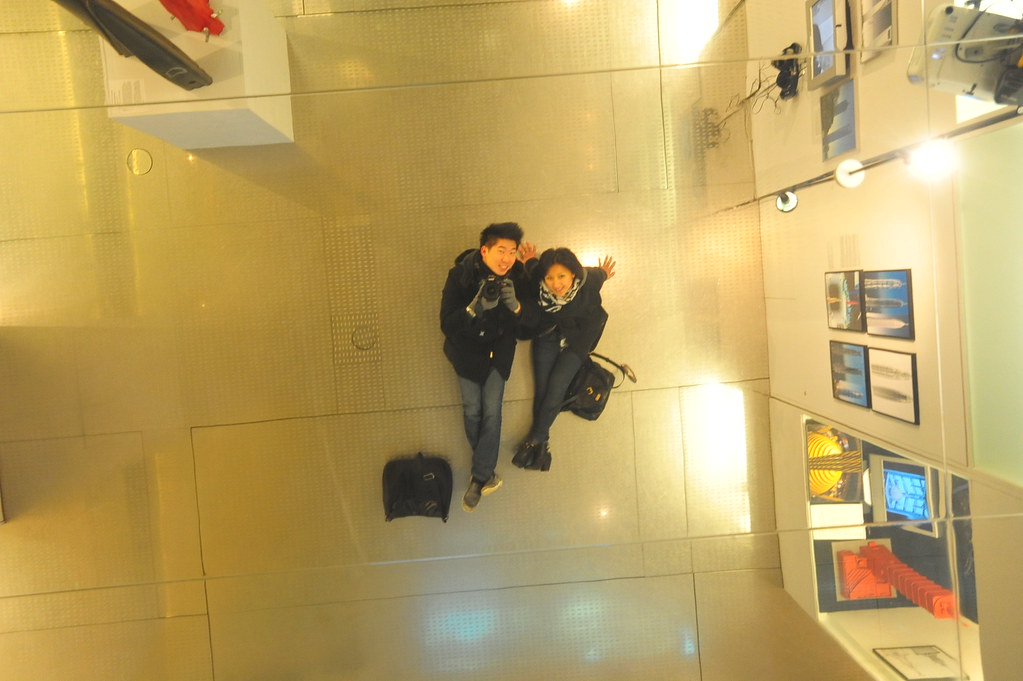 The next morning they work up early to take the group to our nation’s capital, Washington DC via Megabus.

After a long day of sightseeing, the group crashed at the seedy District Hotel, the next most affordable lodging in DC second to your friend’s couch.

But you get what you pay for: they only offered 4 beds even though 6 was paid for, Jenn was stranded without a place to sleep, Gareth was about to punch the receptionist for being rude and not letting him in the hotel without me there, the hotel refused to offer cots for Jenn, and by sundown I was making international calls to Ireland and convincing HostelWorld to rescind the payment for not rendering any the services we paid for. HostelWorld even contacted me back within the hour and said they were taking our side after speaking with the Hotel.

Suffice to say, stay here only if you absolutely have to.

This morning, on only 2 hours of sleep, Jenn bravely headed to Reagan International Airport to pick up their rental car for the rest of the first leg of the trip. Next stop: North Carolina!

“There Are No Excuses.”

I started this blog the summer before beginning medical school and in the ensuing 3 years, I’ve carried this far along to over 45 countries, with #47 coming up right at the eve of my very last exam of medical school (knock on wood). And people always ask: “how in the world…?” (no pun intended) And I’ve always struggled with an answer other than: “you’ll just have to come along and see for yourself!” But there’s really no better way of explaining it than the following itinerary I am (hopefully) about to pull off:

Beginning my day by taking the 8 hour Step 2 CS medical licensing exam (the boards) in Philadelphia — which will end in the afternoon — and then rush by bus, train, and taxi to catch an international flight in another city — Washington D.C. — by the end of the evening. If I’m lucky, I should wake up in Iceland by the next morning.

It’s essentially a perfect representation of my attitude throughout medical school: waste no time. Seriously. Do what you have to do to study and take an exam, but once you’re done, don’t take the day off — make every minute count and catch that flight outta town!

I wake up 7am in the morning in Philadelphia:

And at 8am, I check-in to take the Step 2 Clinical Skills of the 4-part United States Medical Licensing Examinations (aka, the medical BOARDS): 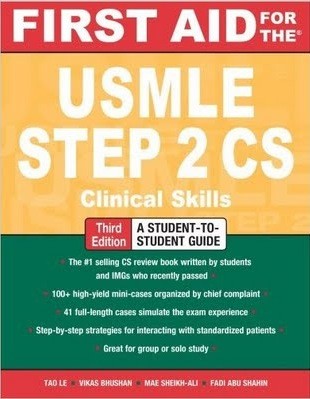 It’s an 8 hour exam. So by 4pm (hopefully), I can rush out of the testing center… 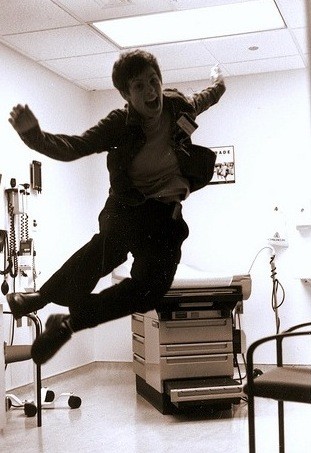 ….to pick up my backpacks from my hotel before cabbing it to the Philadelphia 30th Street train station:

The goal is to catch the 4:55pm Amtrk train leaving from Philadelphia 30th St Station to Washington DC Union Station:

I should arrive into Washington D.C. at 6:47pm, which gives me about maybe 3 minutes to walk around and enjoy the city…

END_OF_DOCUMENT_TOKEN_TO_BE_REPLACED

Seeing a bit of this more often lately: If one eve

For those planning a trip this summer across the c

This is the follow up and school classroom specifi

Work hard, travel responsibly: These are not mutua

“When @monsoondiaries learned how to captain aft

I’ll just keep it simple for your newsfeed today

Giving an update on COVID-19 around the world with

One of my favorite feelings is the freedom that co