All That Glitters Is Gold In Amritsar

You pretty much come to Amritsar for one thing mainly: The Golden Temple. This is the Mecca for all Sikhs around the world, except that given the Sikh’s inclusive nature, people of all faiths and creeds are welcome at this place of worship.

You’ll enter the temple and you can’t help but be immediately spellbound by the thousands of Sikhs and their friends walking in unison clockwise around the temple and the holy nectar waters surrounding it. Beautiful music on the loudspeakers flood the air, and they continue to play 24/7 while you’re at the temple.

Once you manage to wait the hour-long line to get into the temple itself, you’re shocked to find that the ethereally beautiful music you’ve been listening to since you arrived into Amritsar has been coming from live Sikh singers and harmonium players sitting inside the center of the temple, with scores of surrounding men, women, and children kneeled in prayer. In that very moment, I was moved to tears.

There aren’t many times in your life that you’ll experience such an undefined, raw emotion. 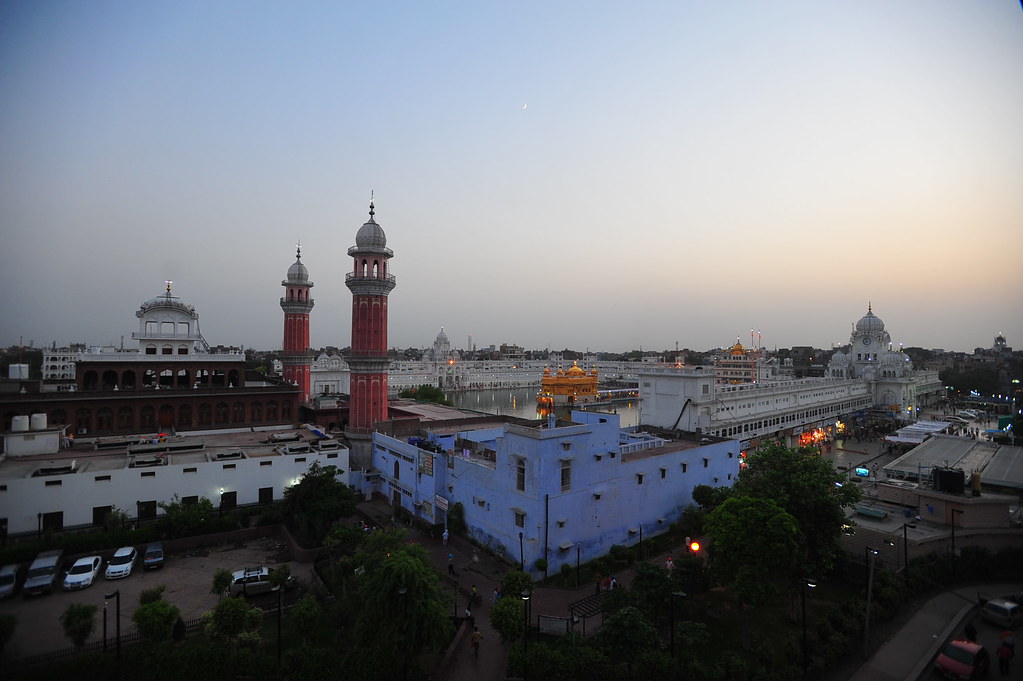 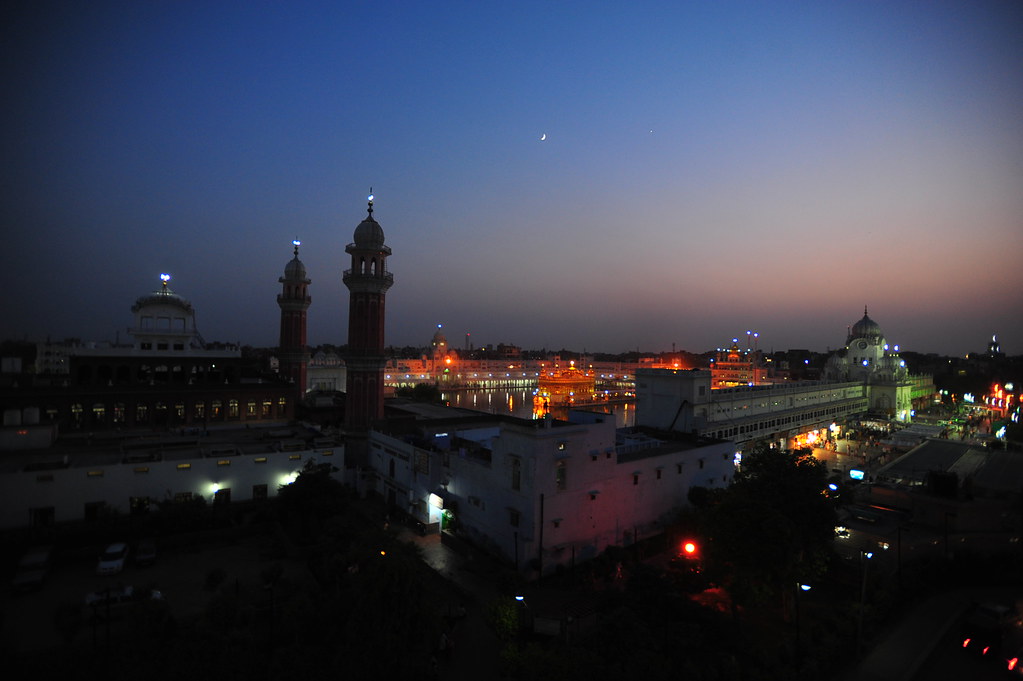 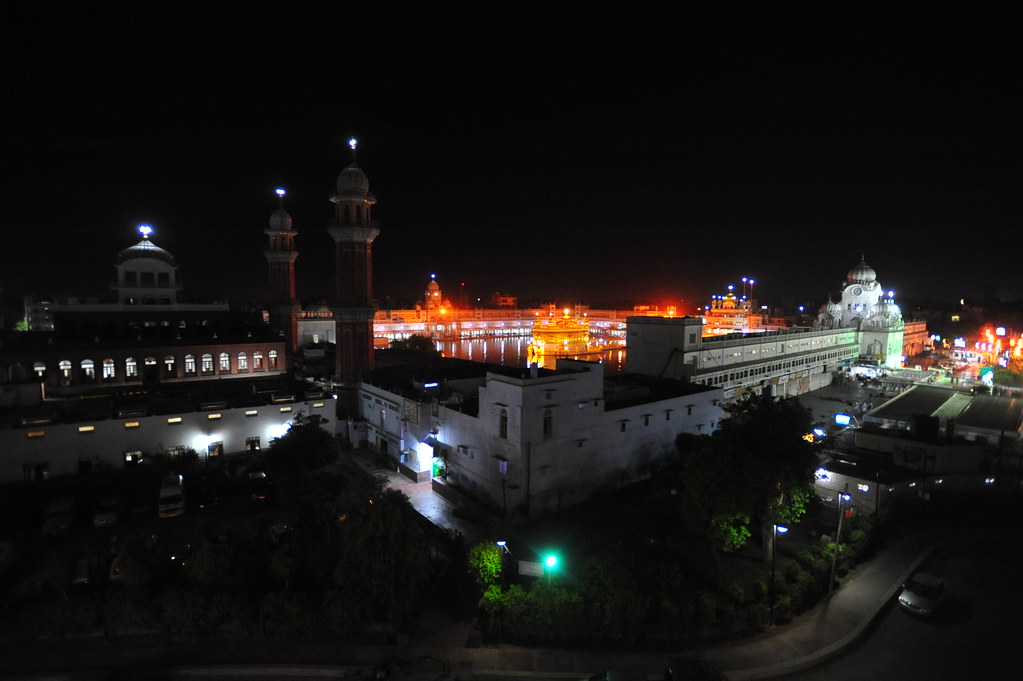 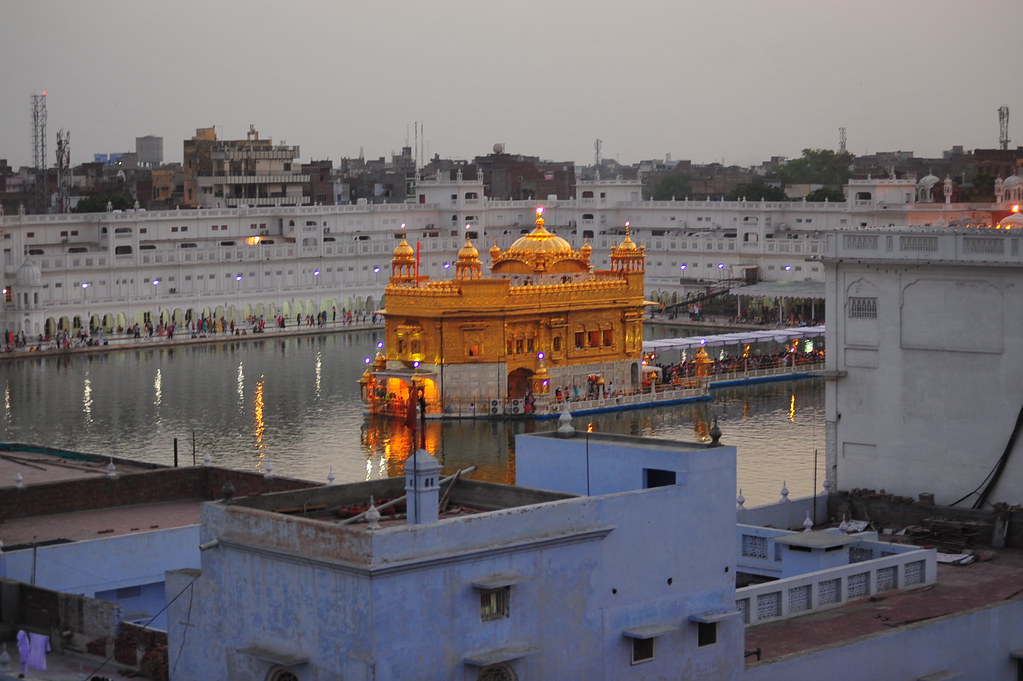 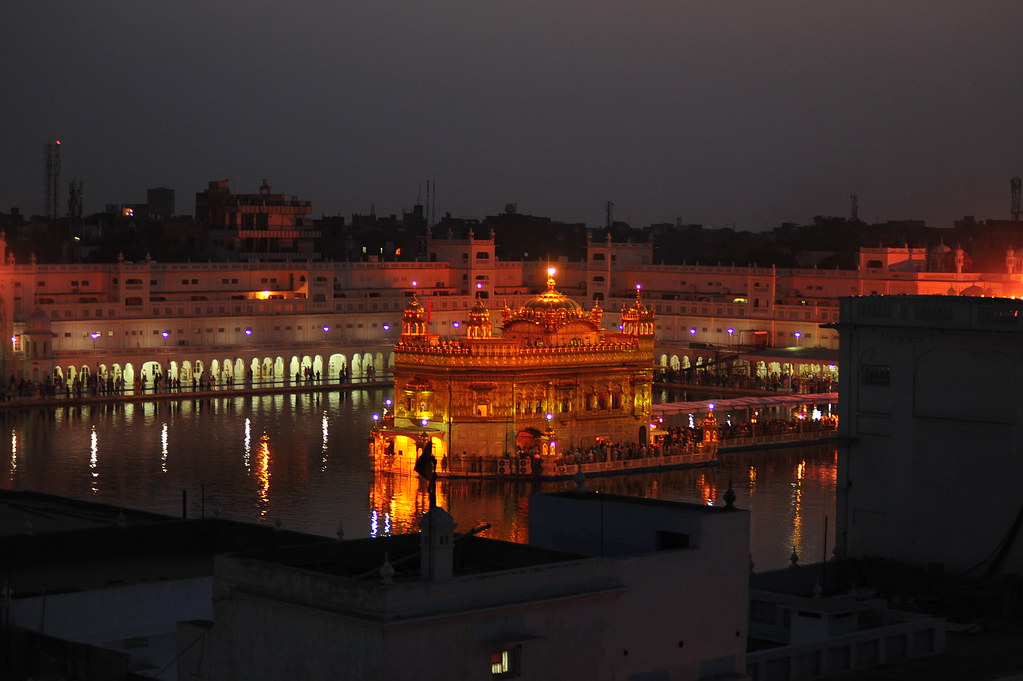 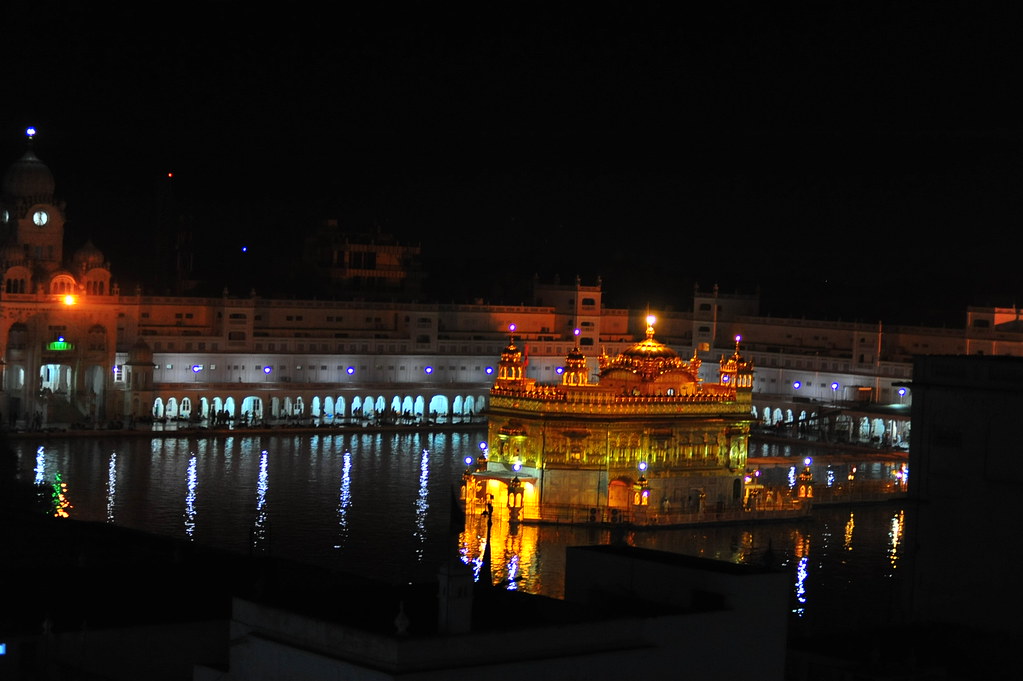 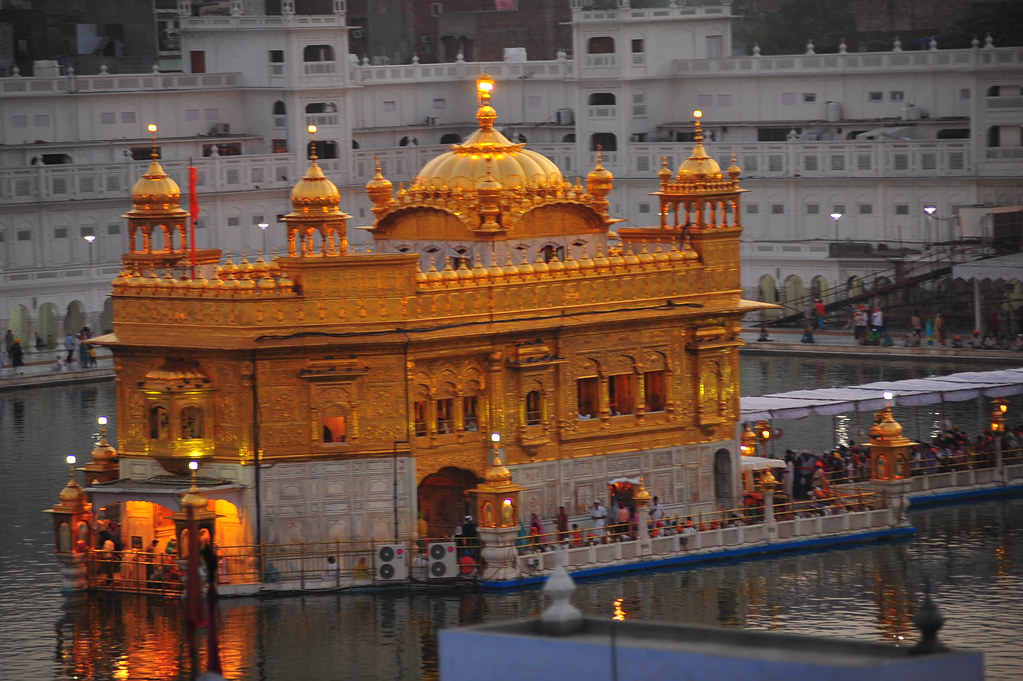 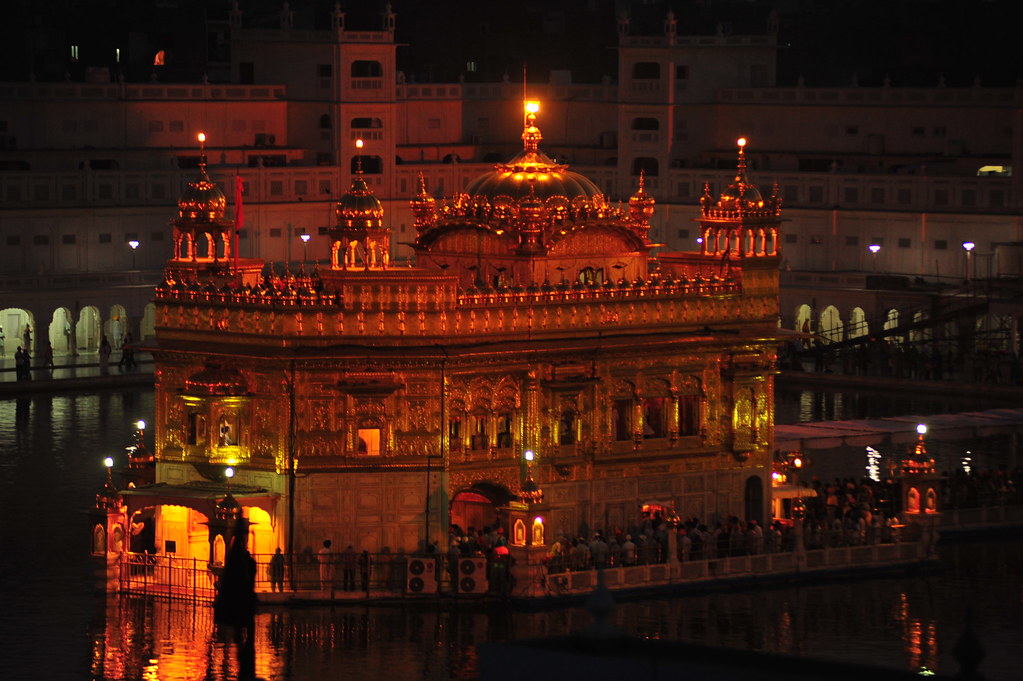 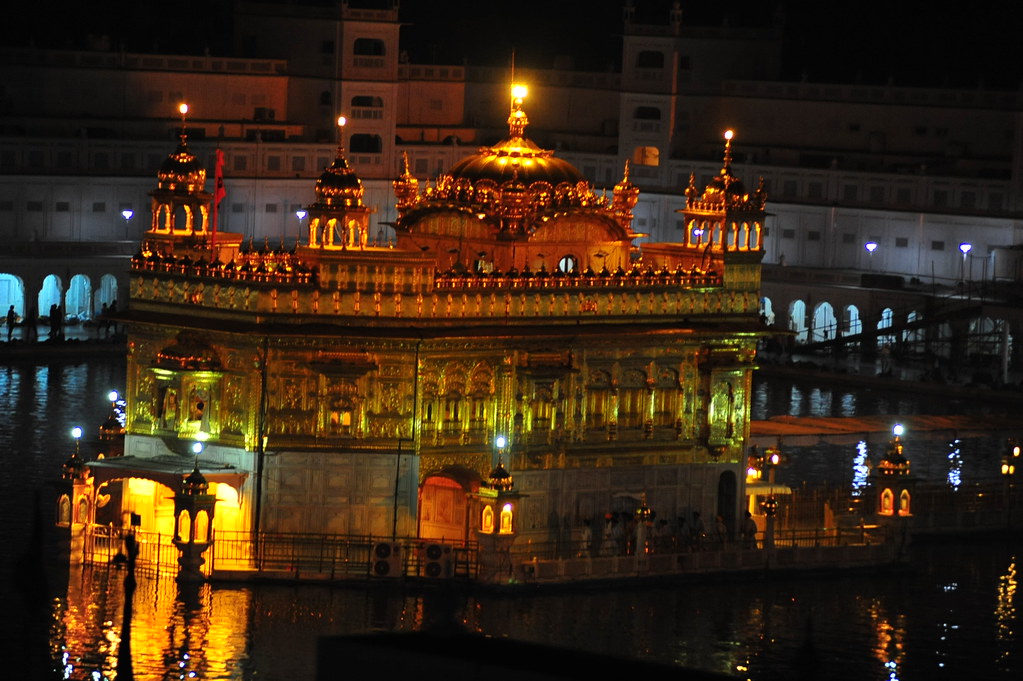 But instead of seeing the Golden Temple from my rooftop (as wonderful as that was from where I was staying), I took a trip to see it up close: 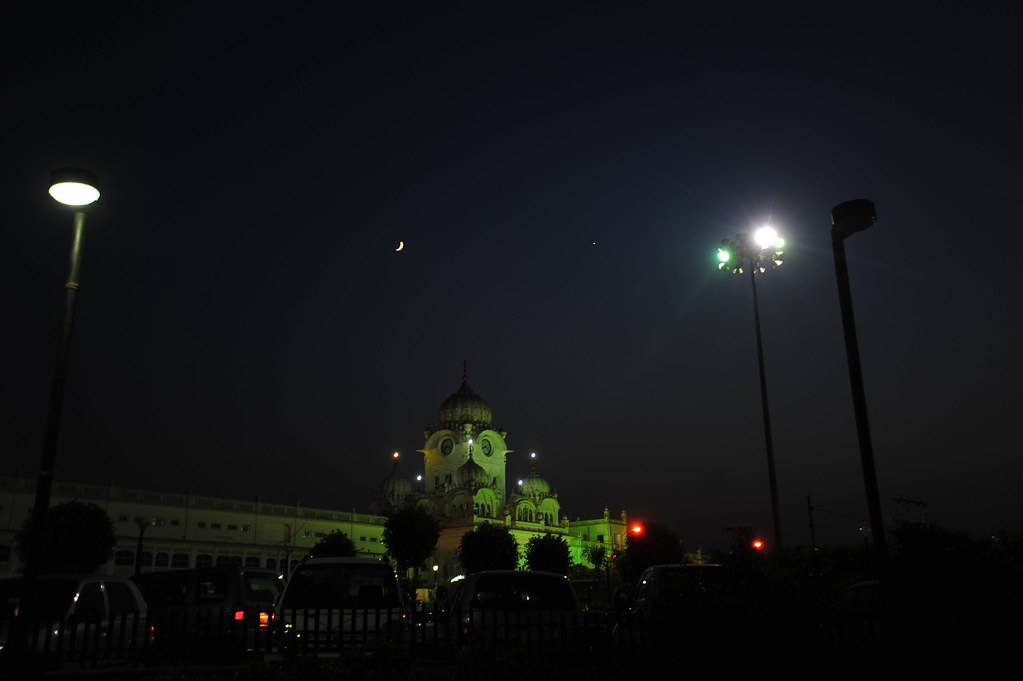 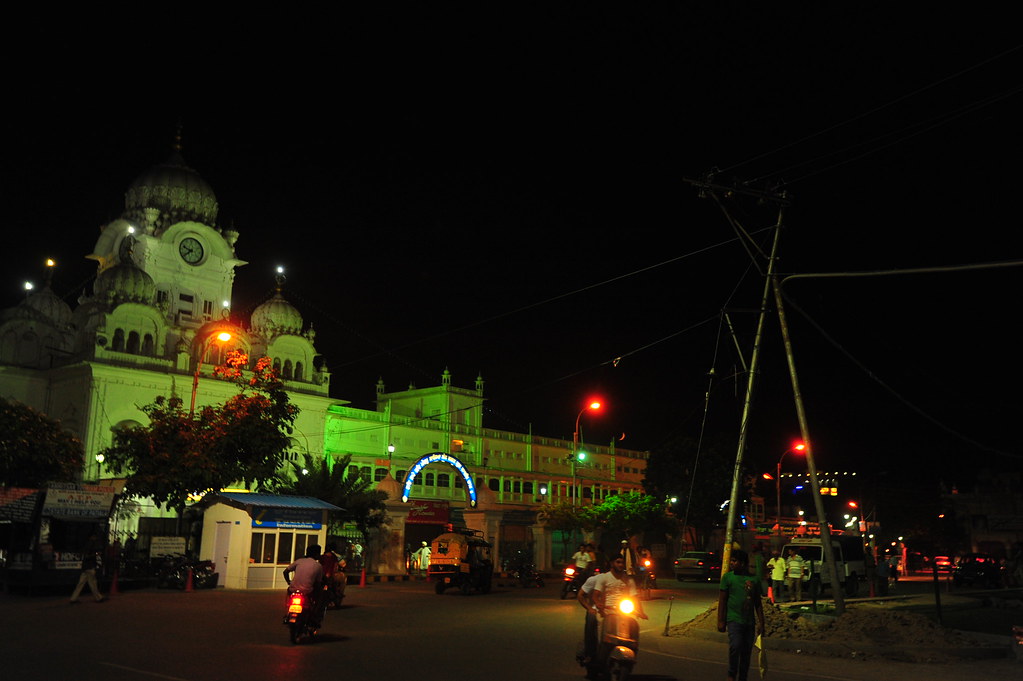 I notice the Golden Temple peeking from the southern gate, which gets me nostalgic from the first time I saw the Taj Mahal 2 years ago: 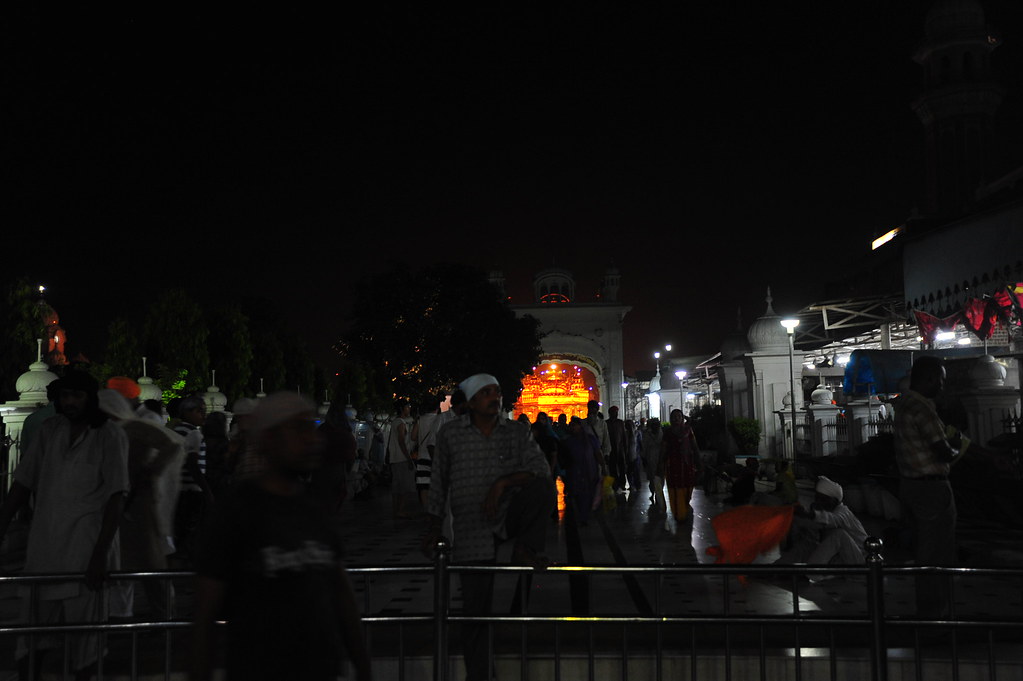 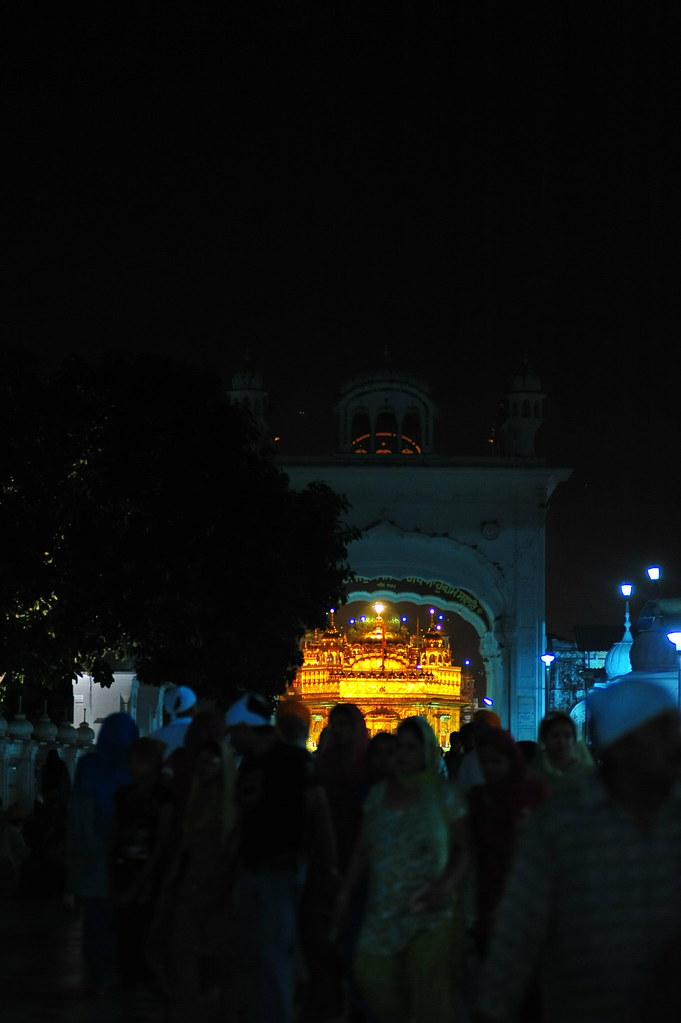 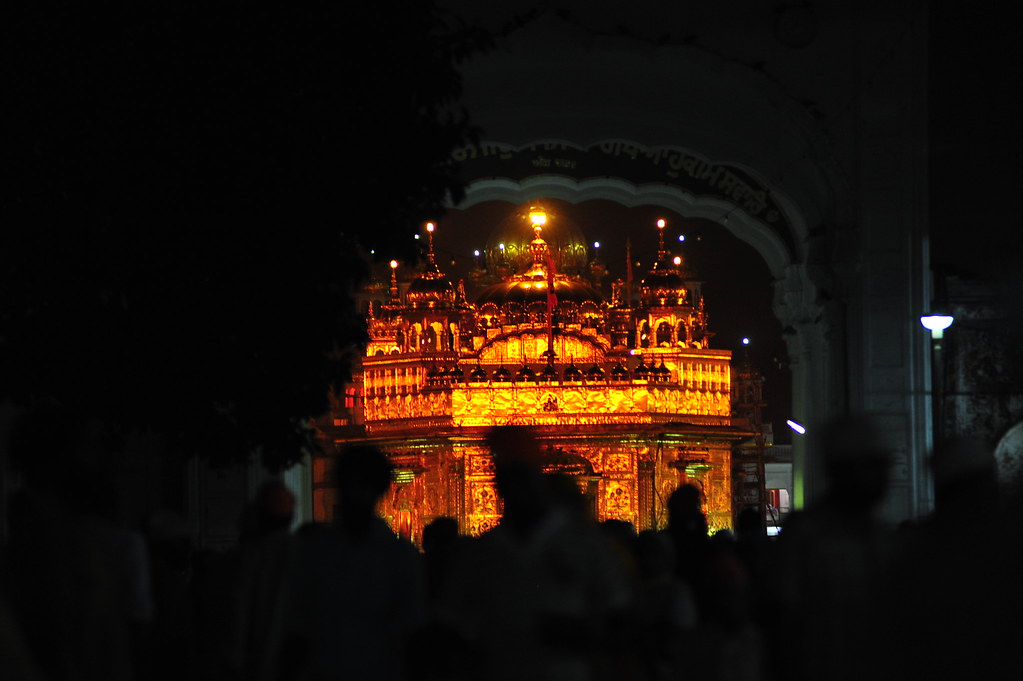 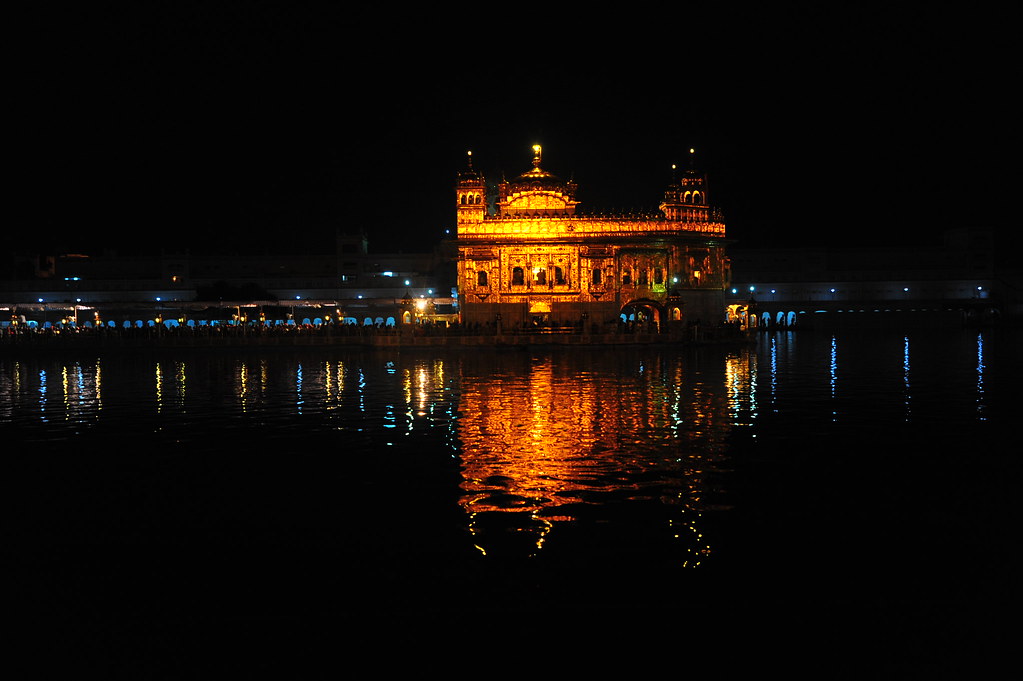 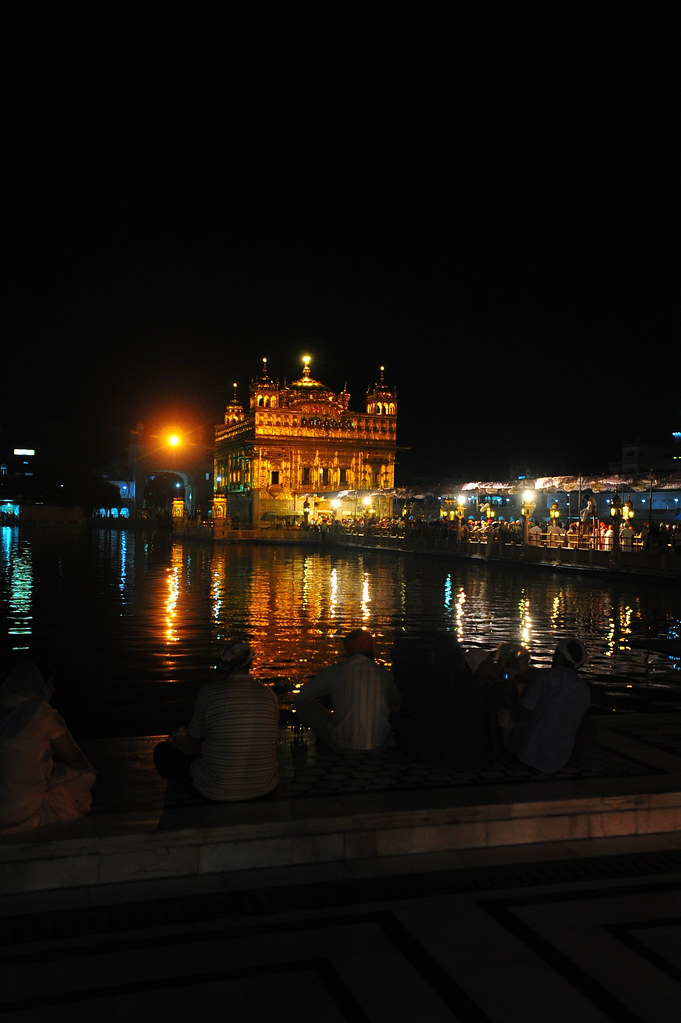 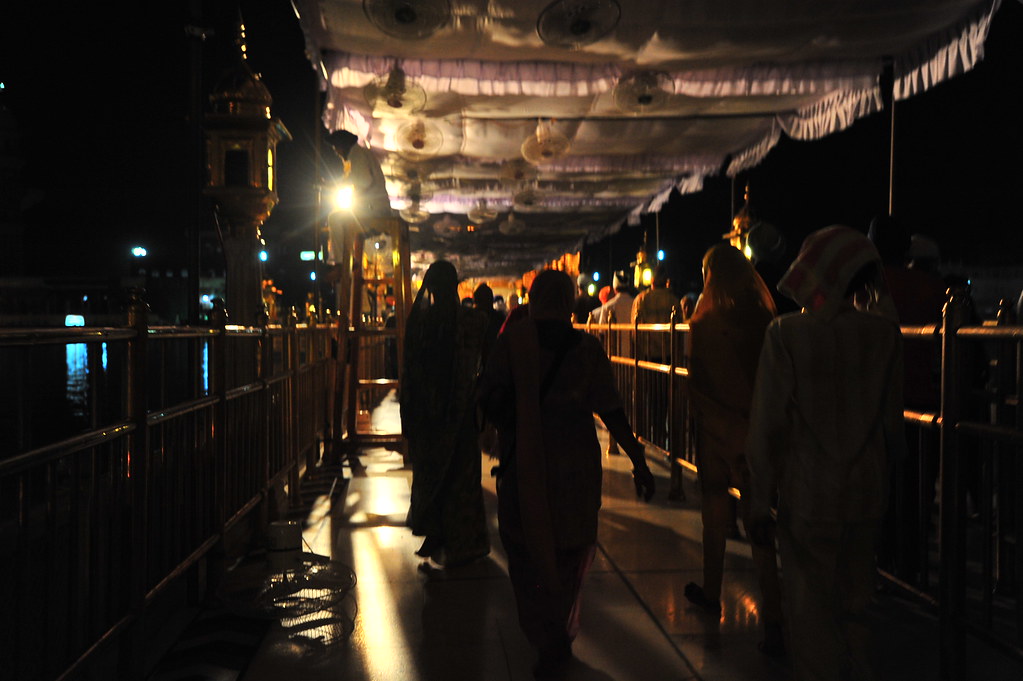 The next morning I woke up at 6am to take a side detour to see Jallianwala Bagh, the site where thousands of people were shot without warning by the British in 1919. After 6 minutes of gunfire, 400 were immediately killed with an eventual fatality count of 1500 men, women and children.  This moment in history thus stoked the movement for Indian nationalism and its eventual independence. 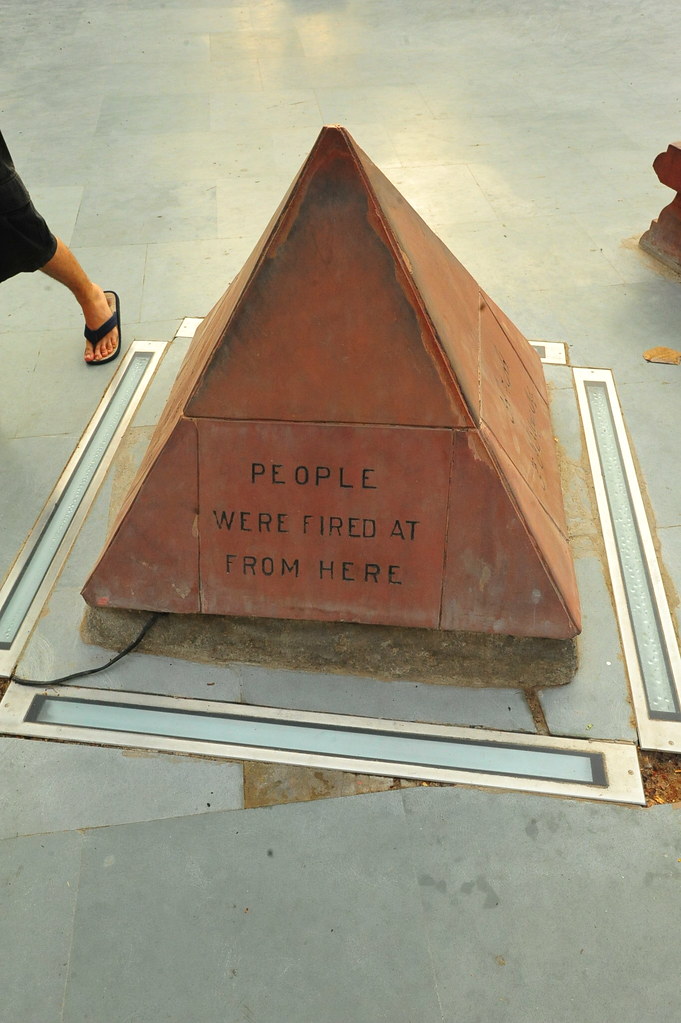 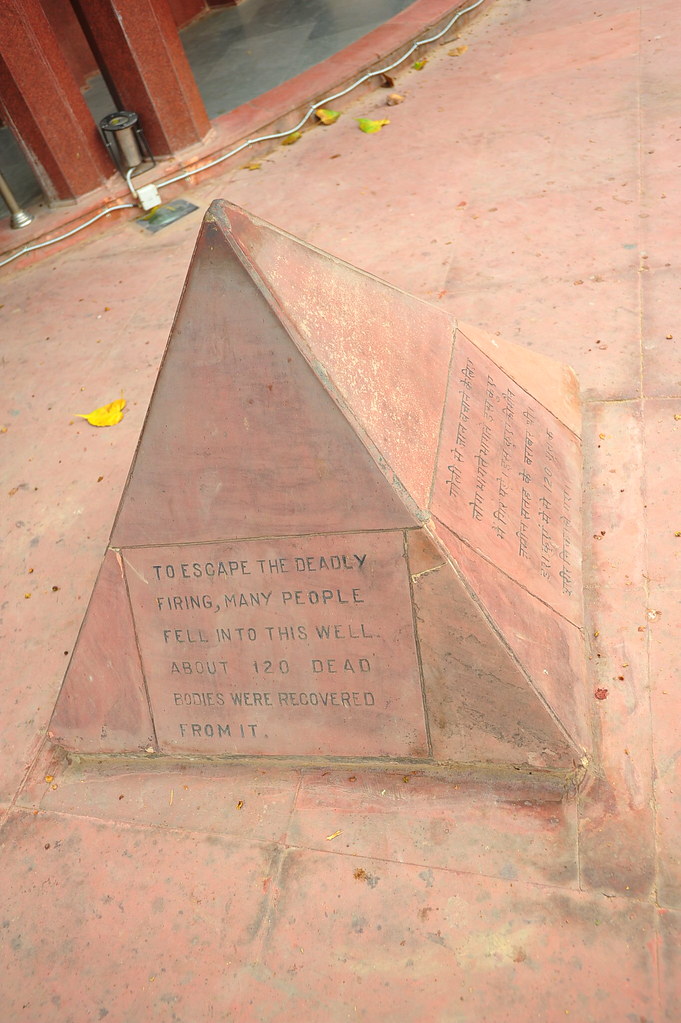 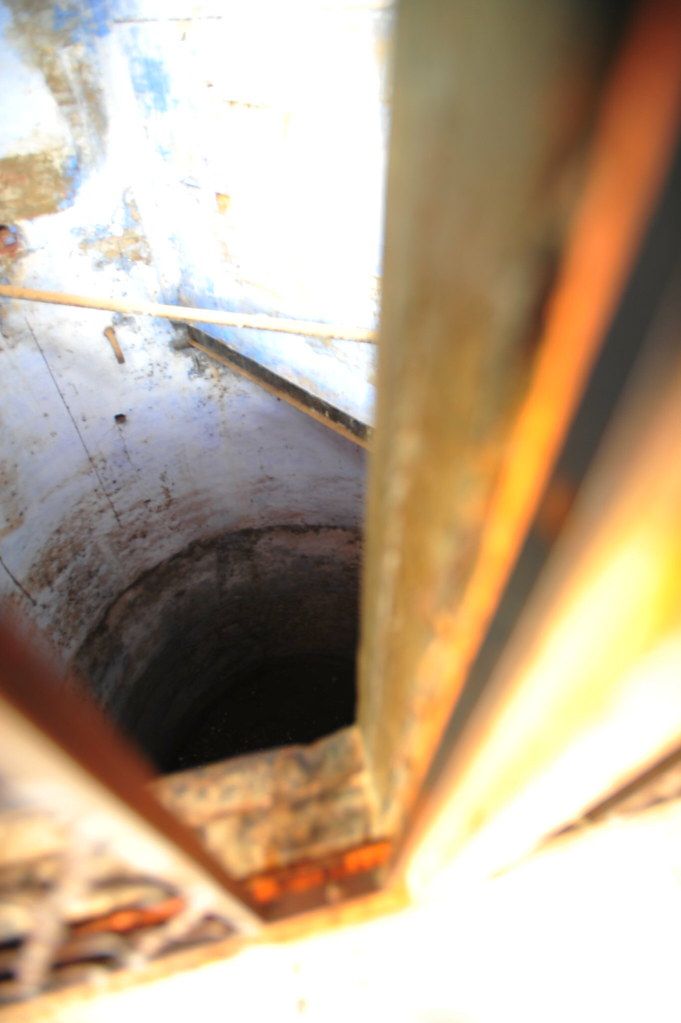 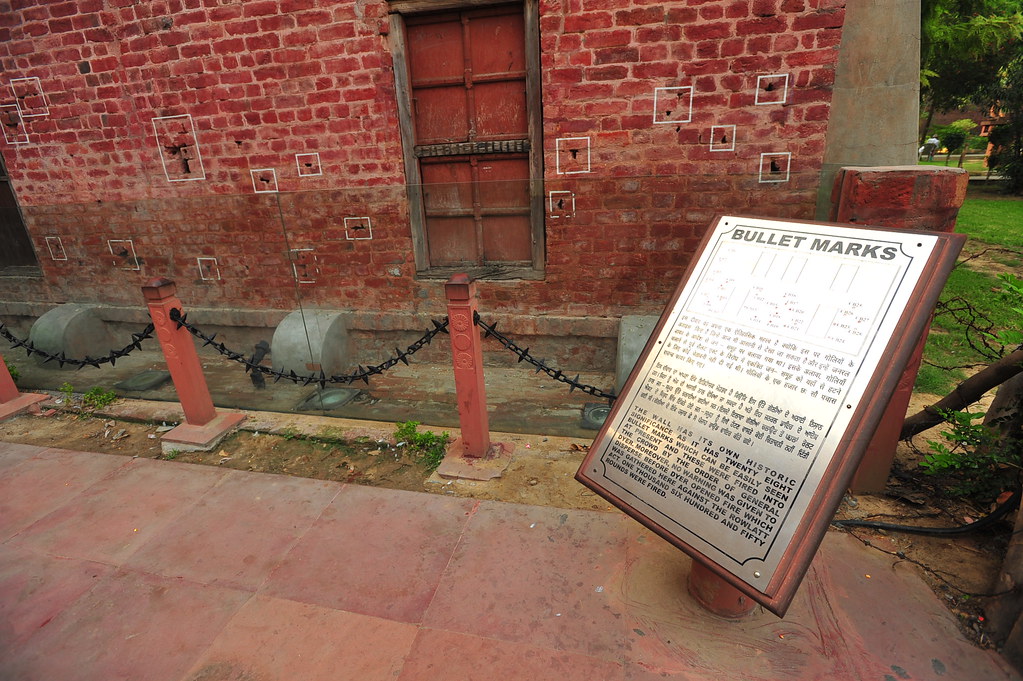 After the visit to Jallianwala Bagh, we went back to take a look at the temple at daytime. 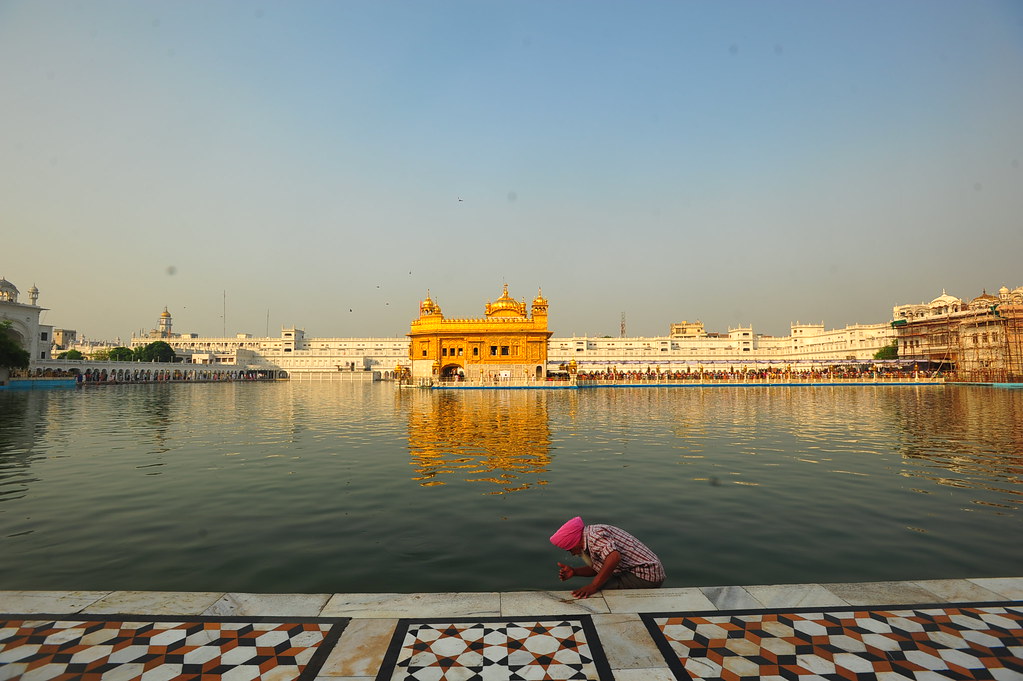 A very nice family then wanted me to take their picture. Their little girl was feisty. 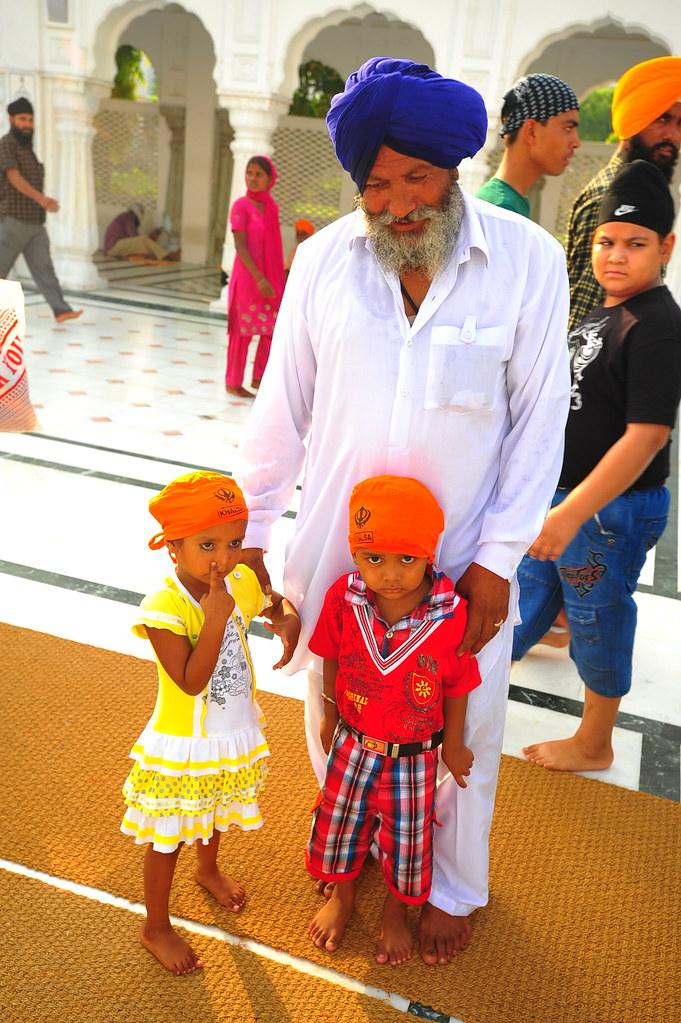 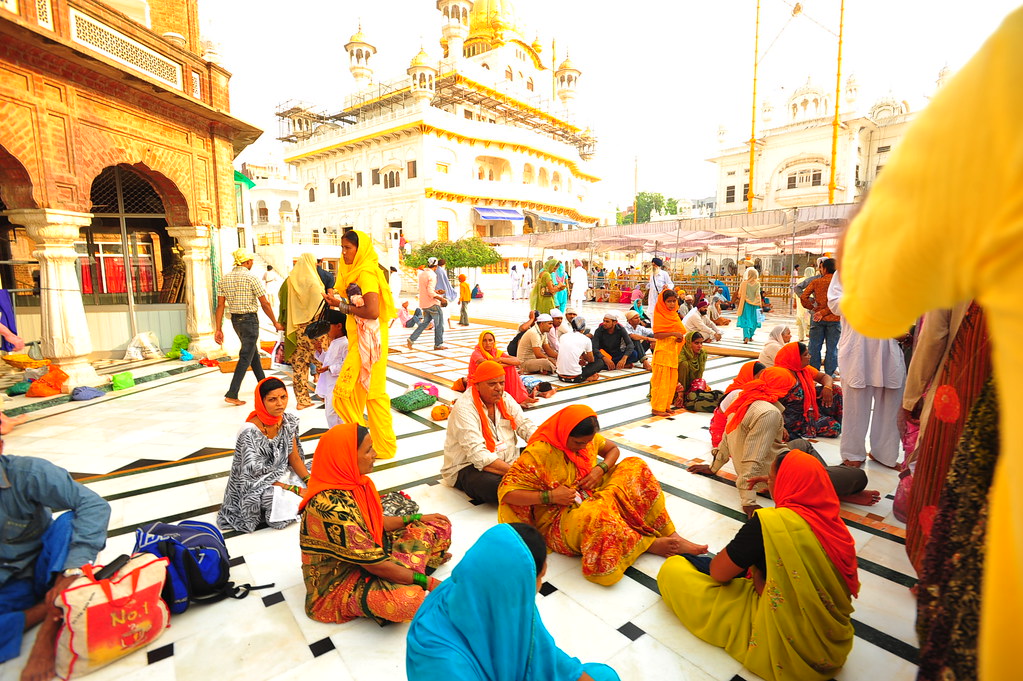 Looking back I realized I’ve made a lot of new friends since I’ve came into India; I hung out with a bunch of people at my guesthouse in Varanasi for dinner, drinks, music, and late-night conversations. The next morning I took a cab to the airport with one of those friends and then flew with her to Delhi. After we parted, I immediately struck up a conversation with another chap at the Delhi airport while waiting for our shared flight to Amritsar, whom I then I had dinner that night by the Golden Temple and with whom I visited the temple the next morning. After he then left for Dharamsala, I immediately made another friend at this internet cafe whom I’m about to go have lunch with after I logoff.

When you’re in India, the world comes to you.

I just booked cheap flights for Jaipur tonight, where I’m meeting the friend — the one whom I had flown to Delhi with from Varanasi — at a guesthouse she helped book for me. I love the backpacker’s life.

p.s. and since I’m in Punjab right now, let me just give out a great big shout out, Punjabi style: