Blessed Are My Eyes: Hagia Sophia

There are very few moments in life where you stop to think, and forget to start again…

We knew we only had 2 days in Istanbul, so upon our 6am arrival into the Bus Terminal (from our 12 hour overnight bus from Cappadocia) we got a little antsy as they kept us waiting for the free shuttle service that would take us to where we were staying. Their advertised “free shuttle” really means “free-I’ll keep you waiting around until the bus is full, even if it takes 1-2 hours.” By the time we we were ready, it was already 10am. 4 hours wasted. But it wouldn’t be in vain.

We took a cab (20L from Taksim area) to the’ former home of the Ottoman sultans, the Topkapi Palace, in the old city of Istanbul, where we spent 20L to gain admission and an extra 15L to see their impressive mini-city known as the harem. The harem is where the all the concubines and eunichs lived, and the museum spun quite an approvingly positive impression of the practice where each sultan kept over 160 wives to himself…to “sustain the future and well being of his people.” 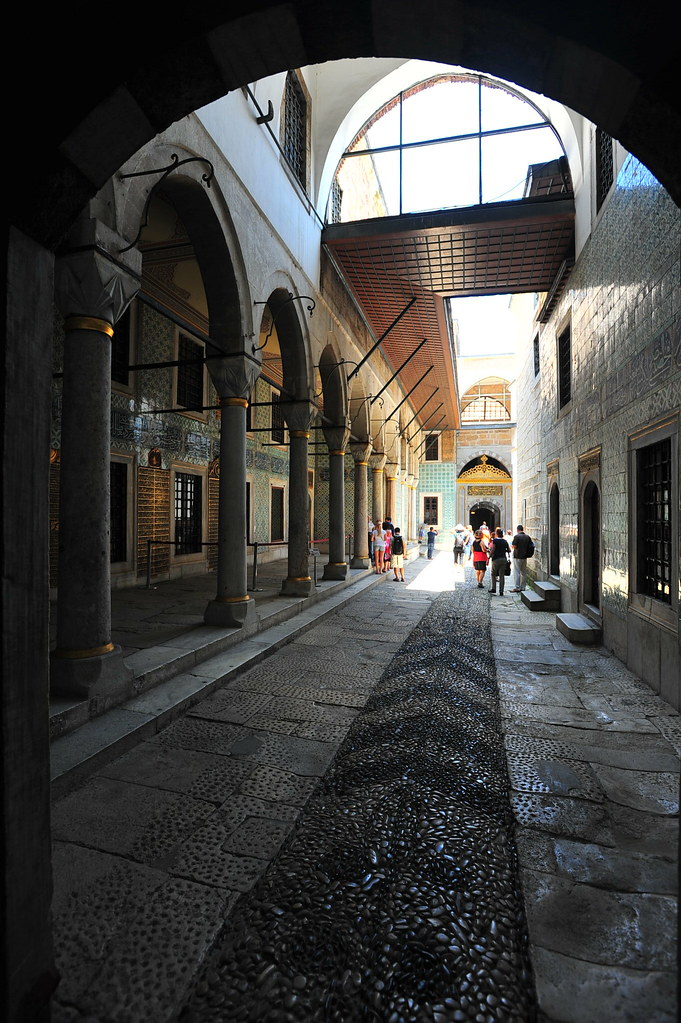 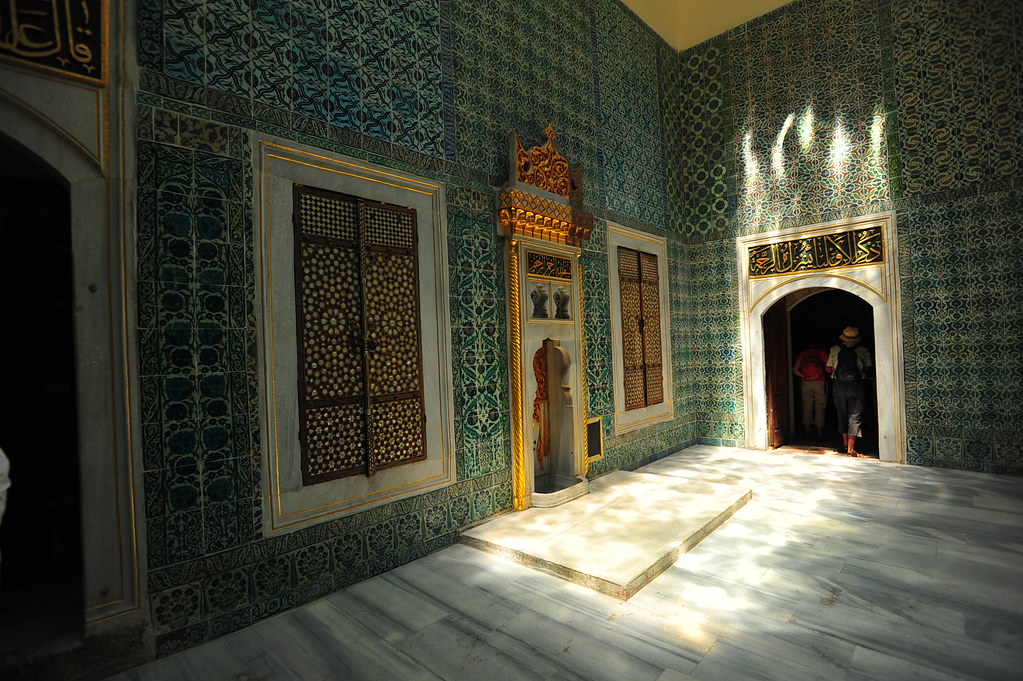 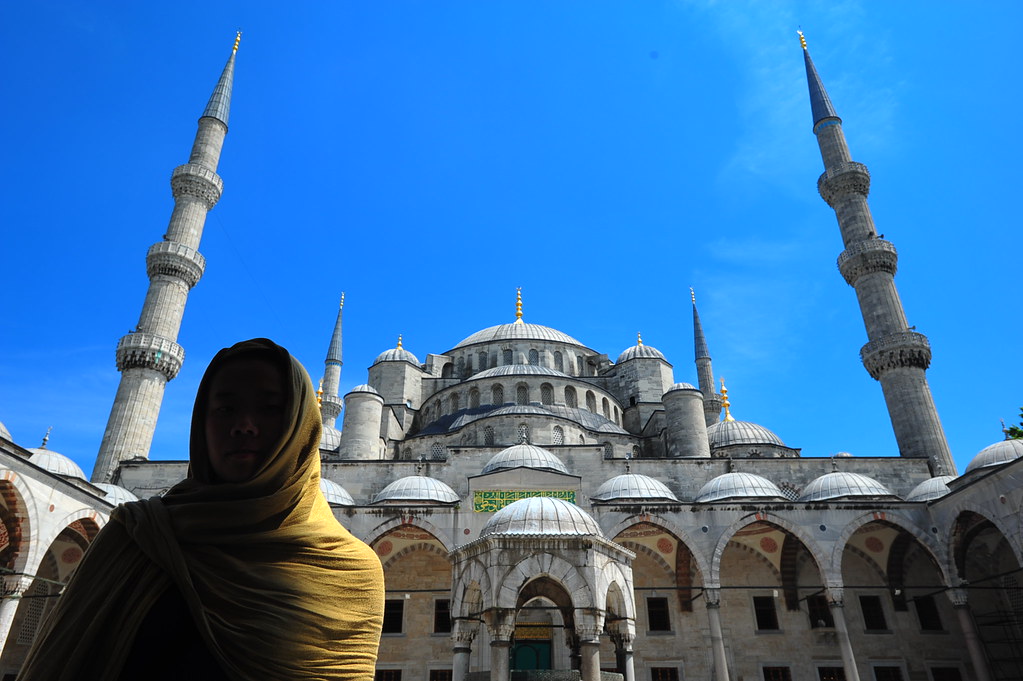 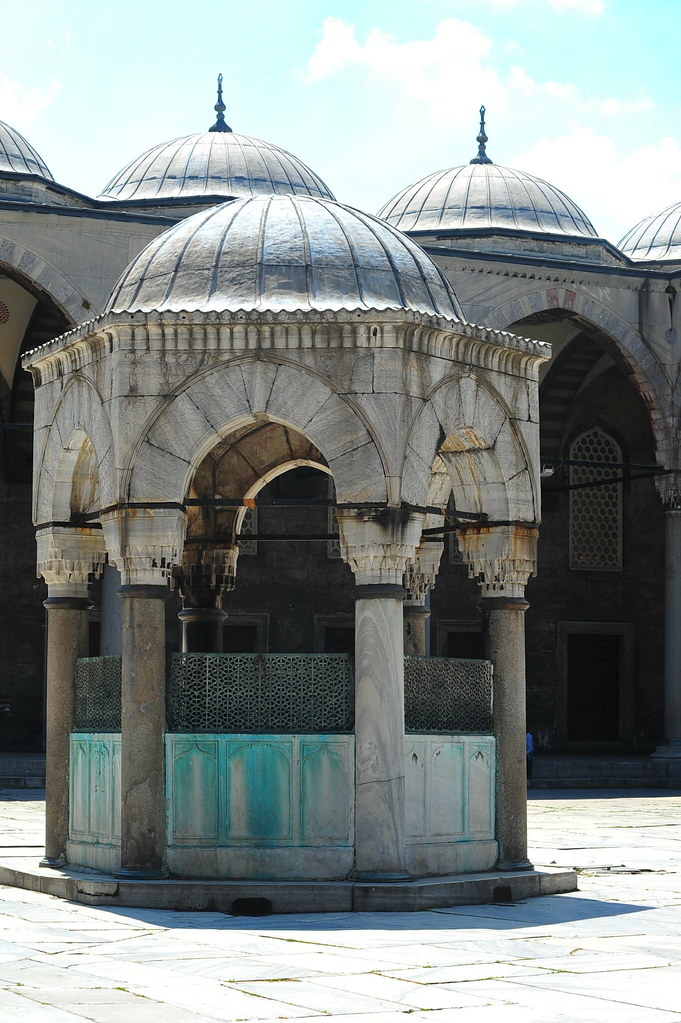 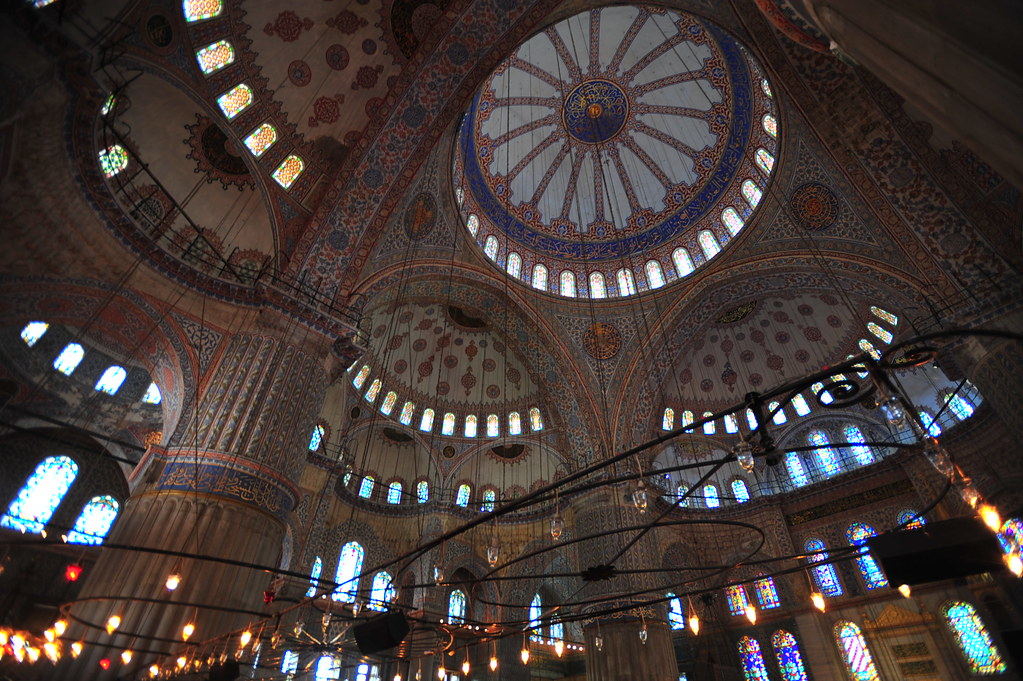 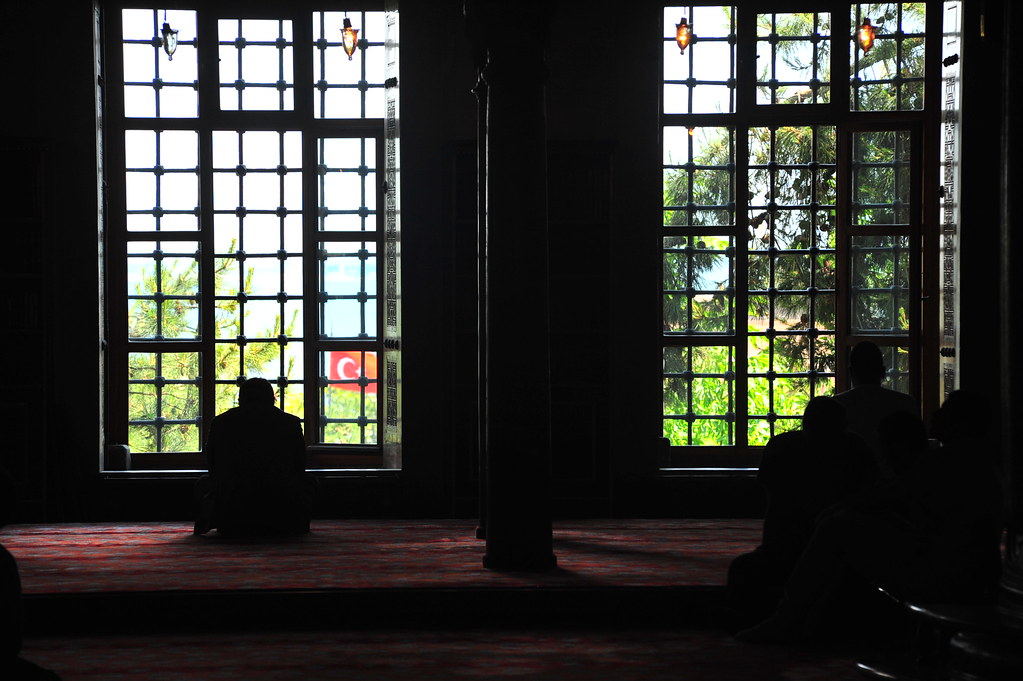 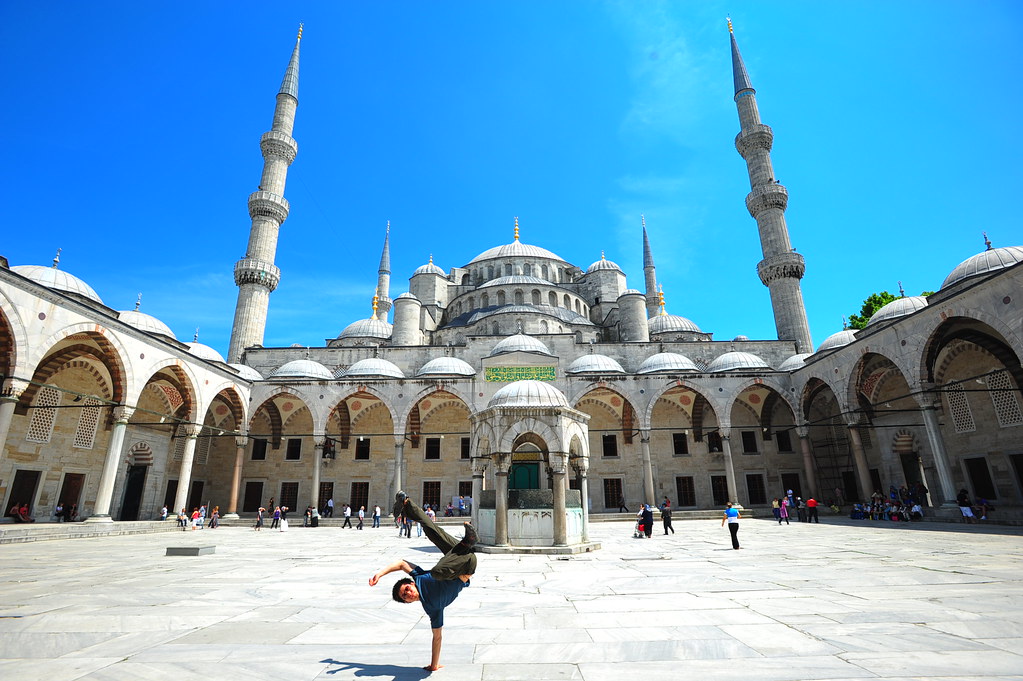 Then Hagia Sophia (15 Liras admission), which as you saw from the first picture in this entry, is the most glorious buildings in the world. Its massive pillars lie within the walls, making them invisible and thus giving the illusion of the massive dome being completely unsupported. Words cannot describe the beauty of this place… 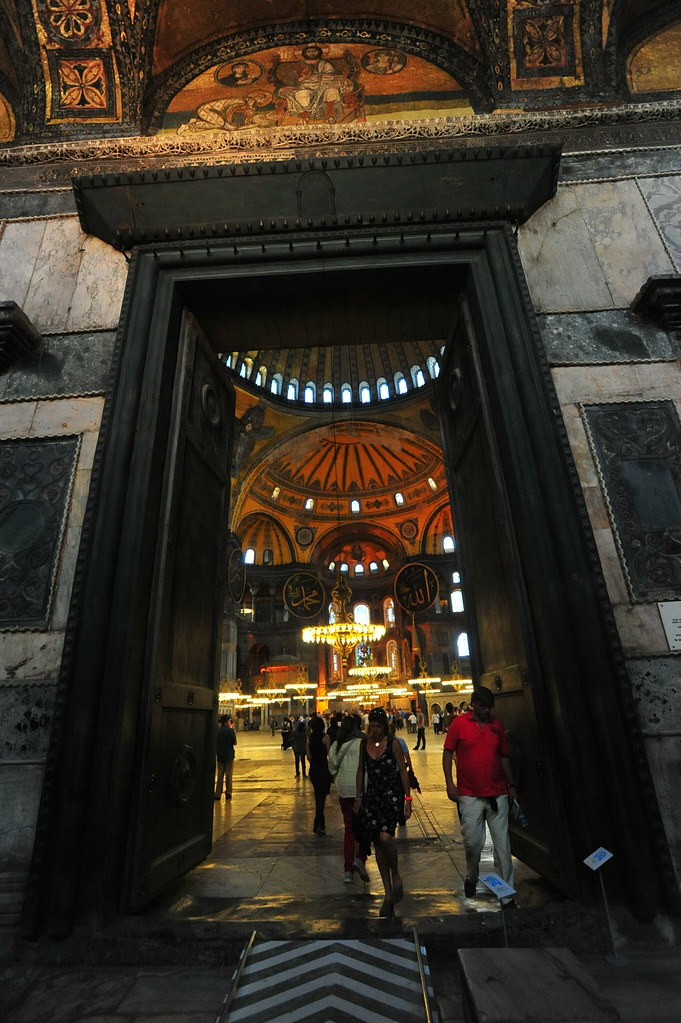 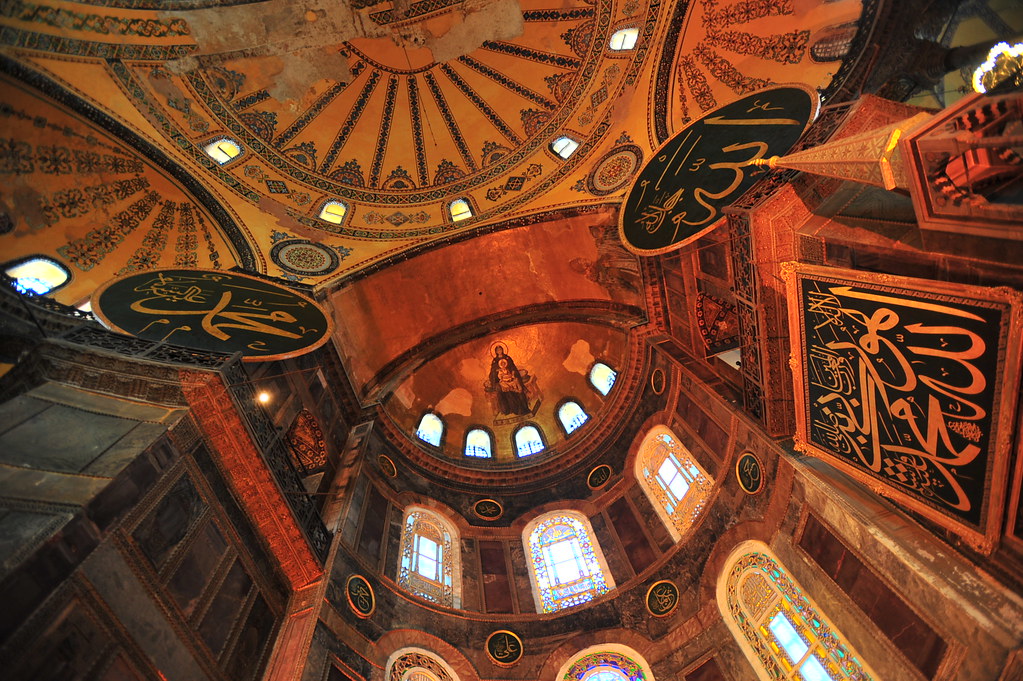 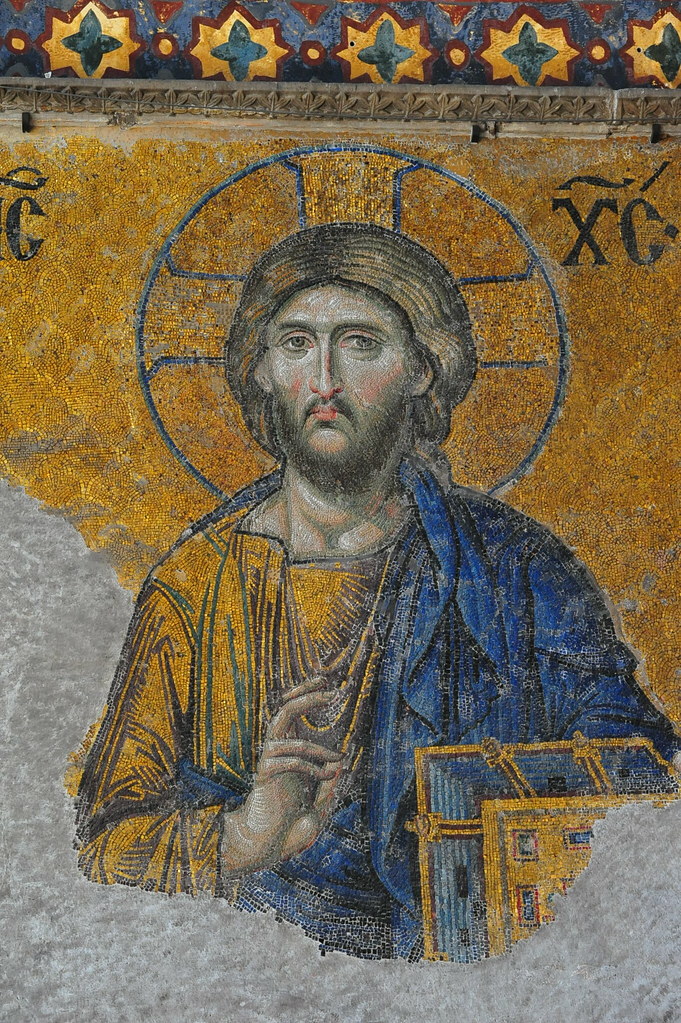 This mosaic above was the cover of my 9th grade history book. 9 years later I finally find out where it was taken from. 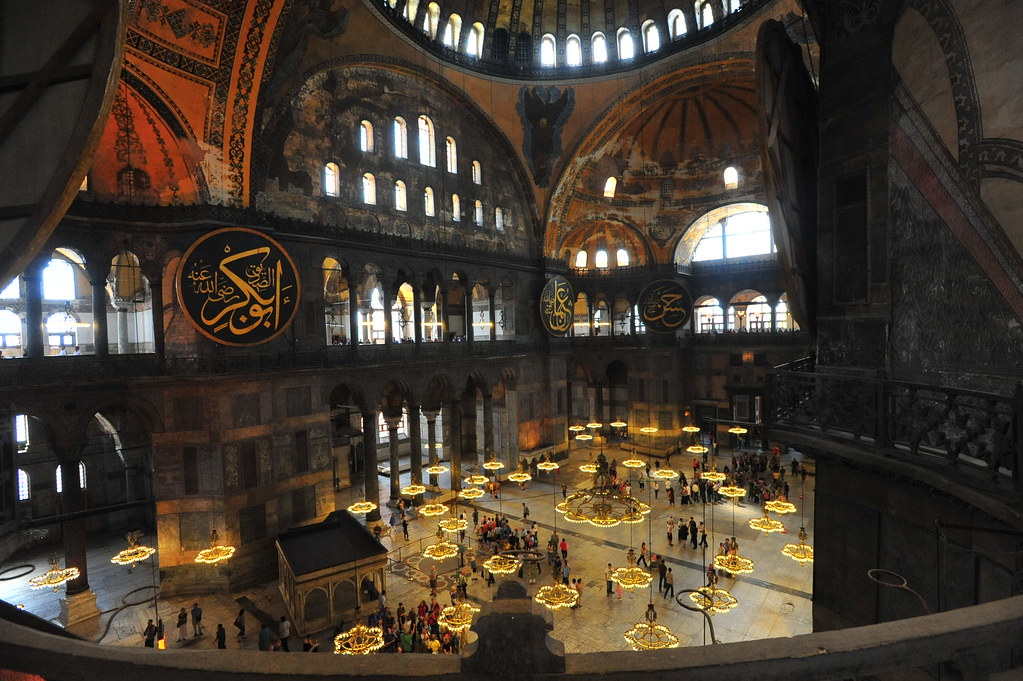 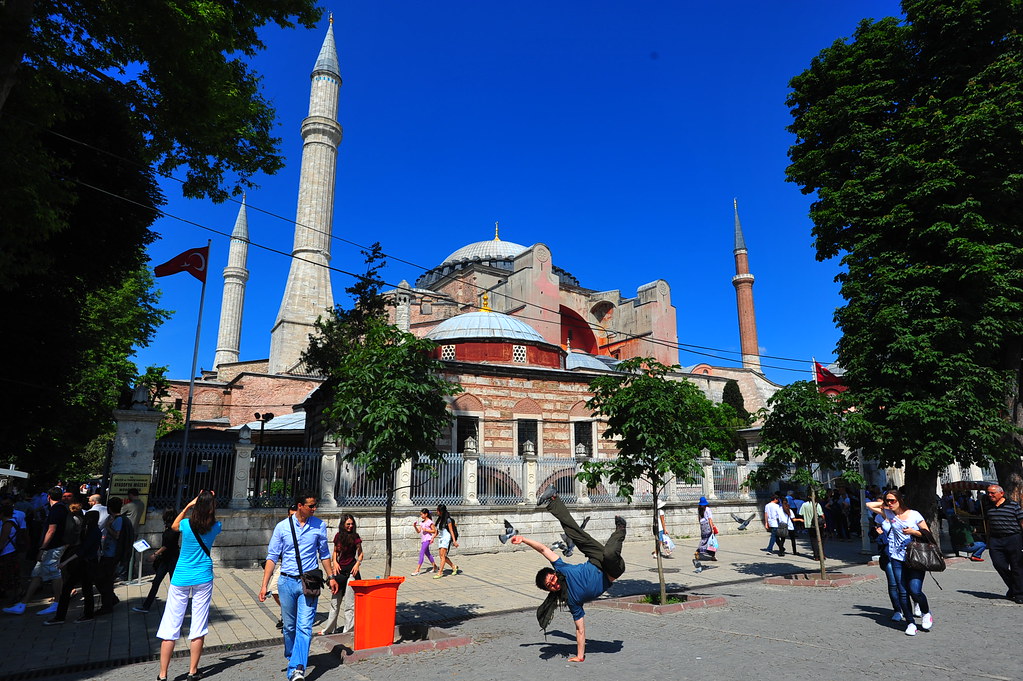 We then walked over past the Hippodrome and the Sultan’s Tombs (a quiet respite from all the madness outside) into the Grand Bazaar. The Grand Bazaar is this labyrinth of over 4,000 shops that will keep a shopaholic preoccupied for DAYS (i’m looking at some of you).

Unfortunately, I found it more like a “themed mall” than an actual city market or community souk. Think “Prada”, “Club Monaco”, “Omega Watches”, “Louis Vutton” style stores (with glass panes even!) situated next to some open-air (i.e. more legitimate looking) merchants. The juxtaposition was a little jarring. It was as if seeing all your favorite “mom and pop” coffee shops and family stores being gentrified for the sake of promoting European style tourism. 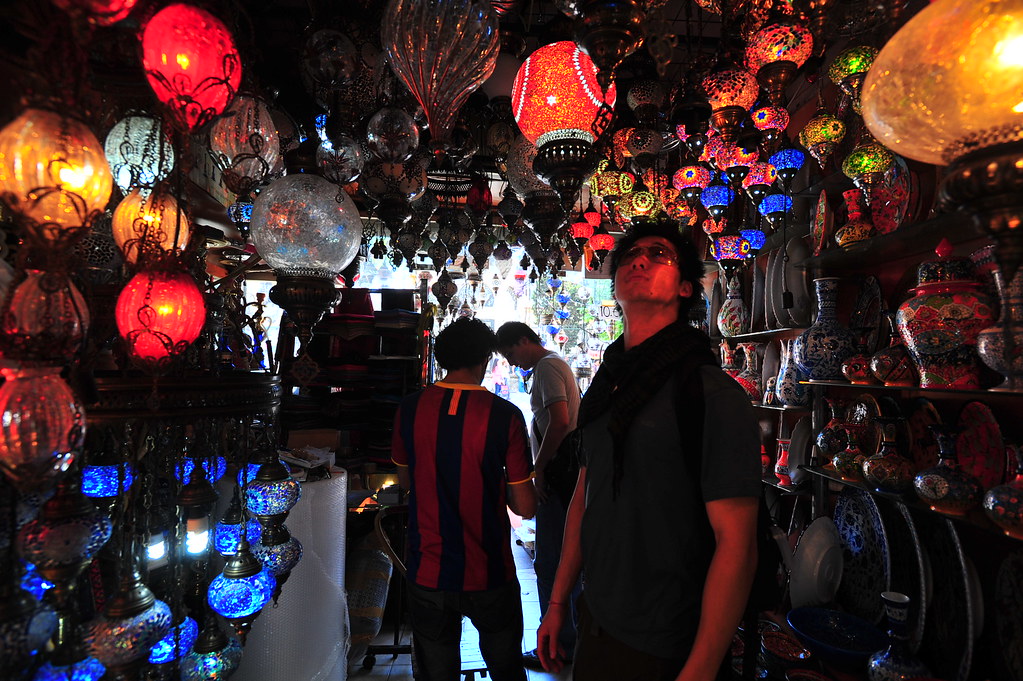 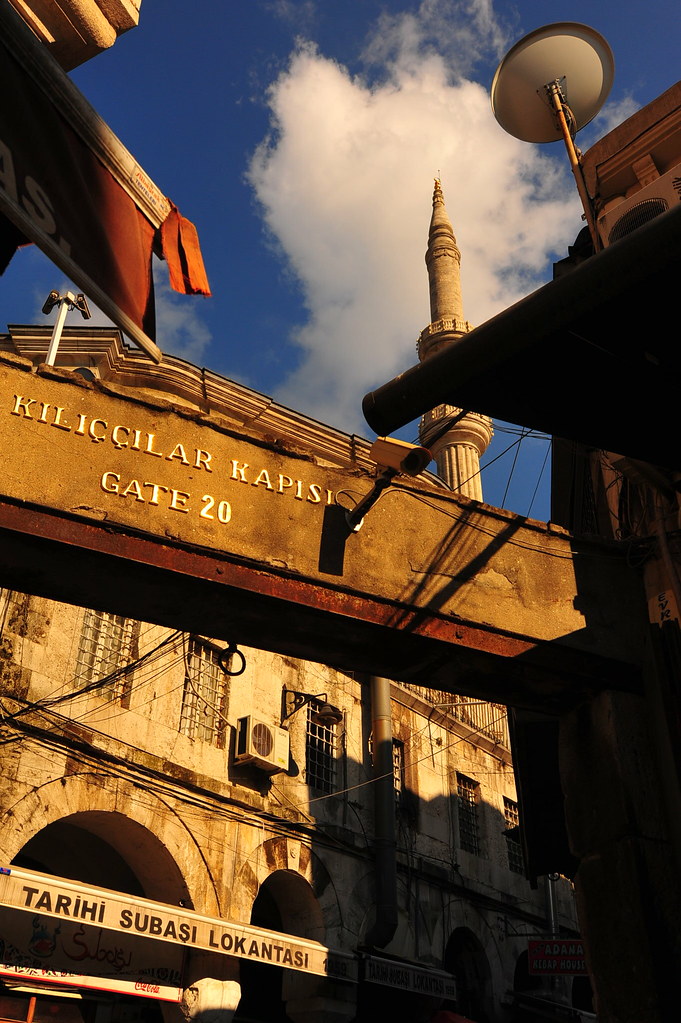 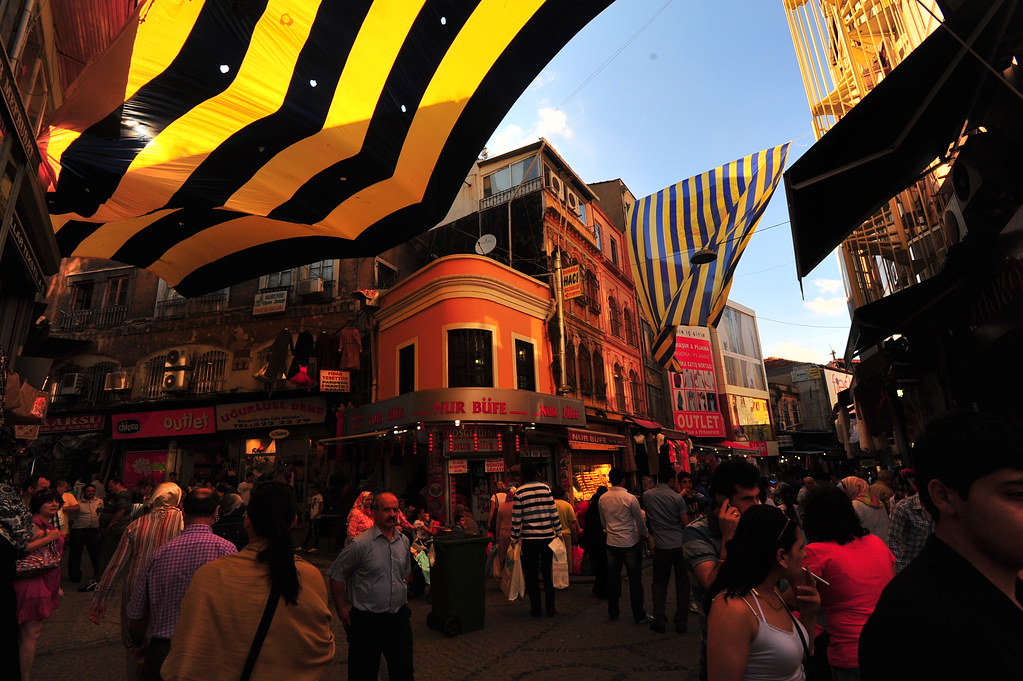 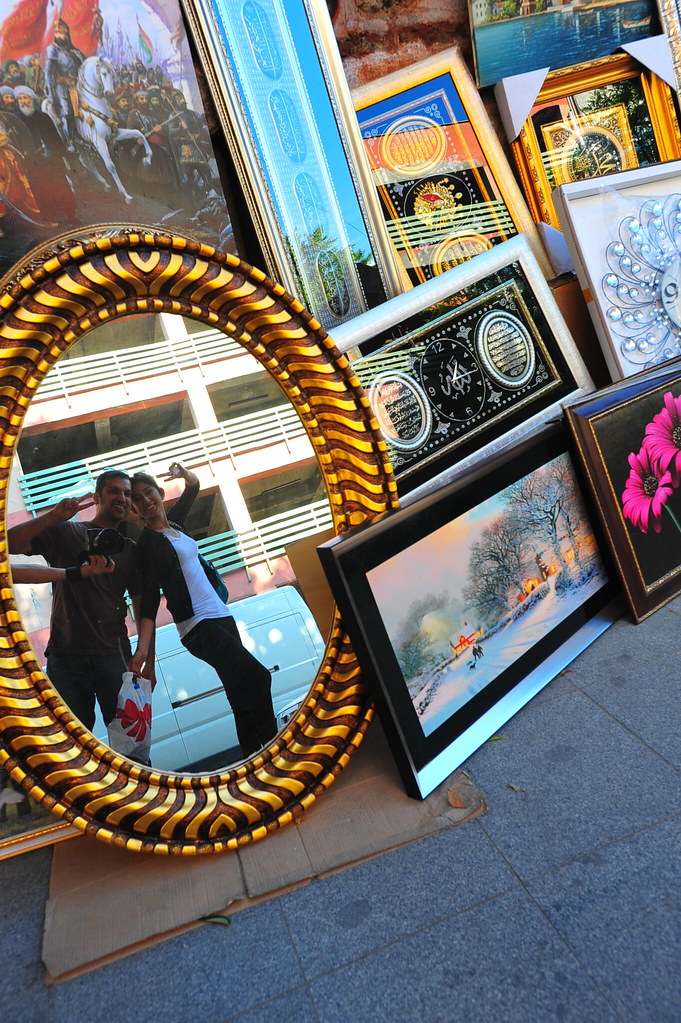 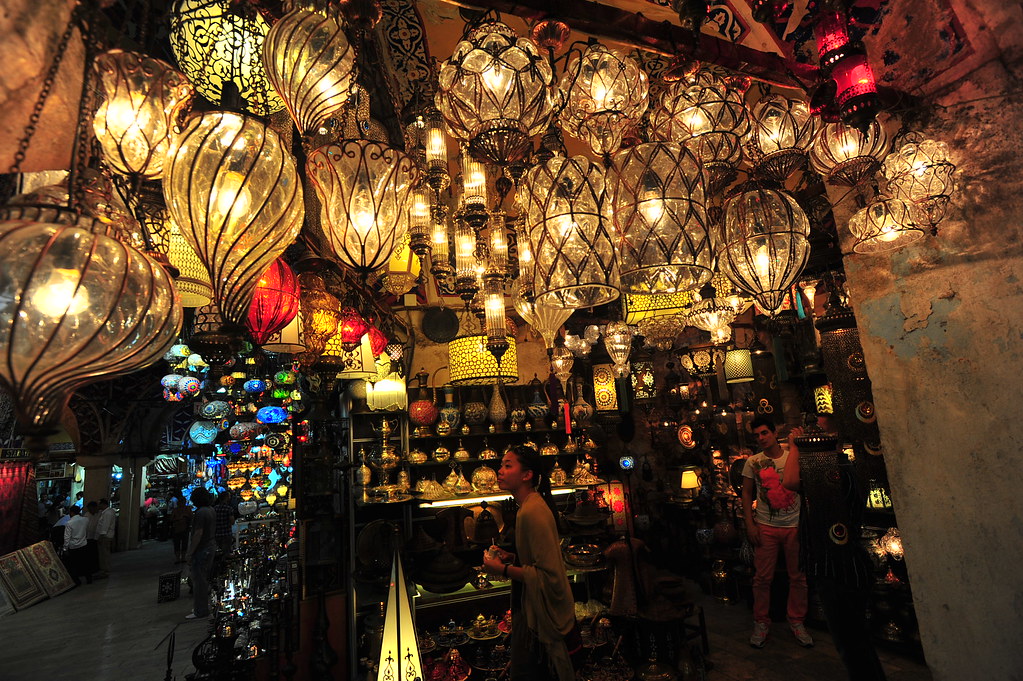 After shopping around, we walked north up to Suleymaniye Camii, the largest mosque complex in Istanbul. Although not as spectacular as the Blue Mosque or the Hagia Sophia, we were one of the very few tourists around, which finally allowed for rare moments of serenity. 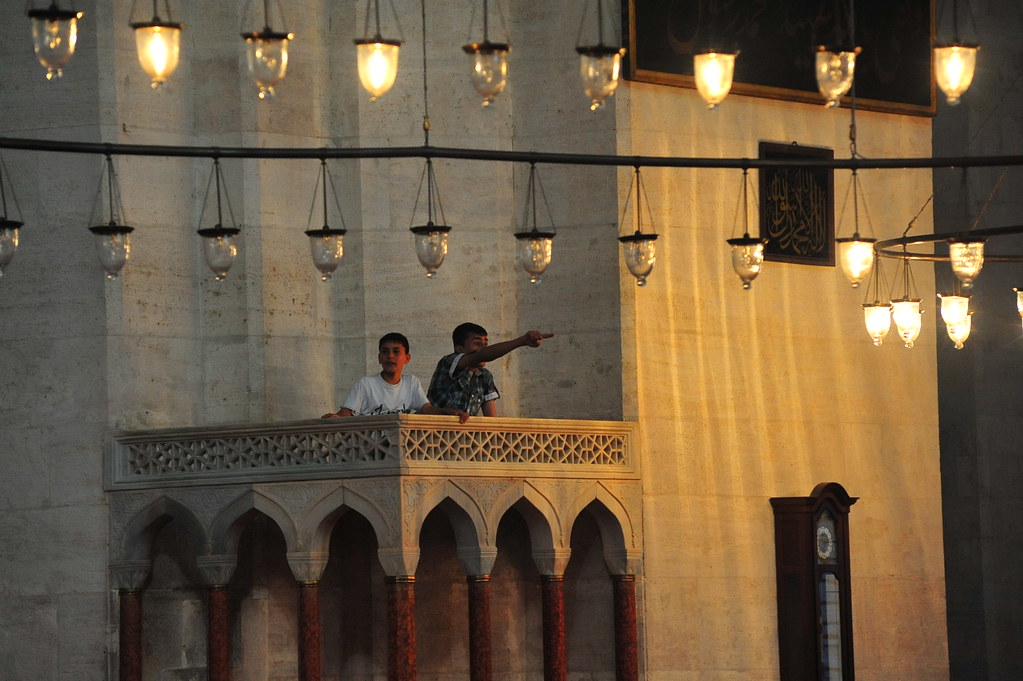 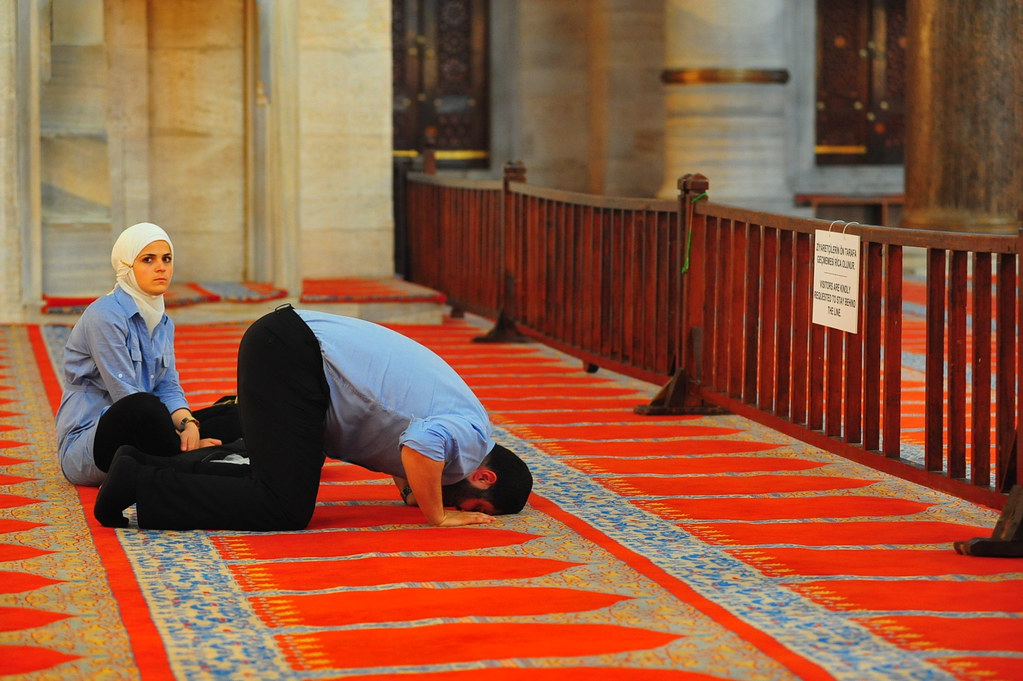 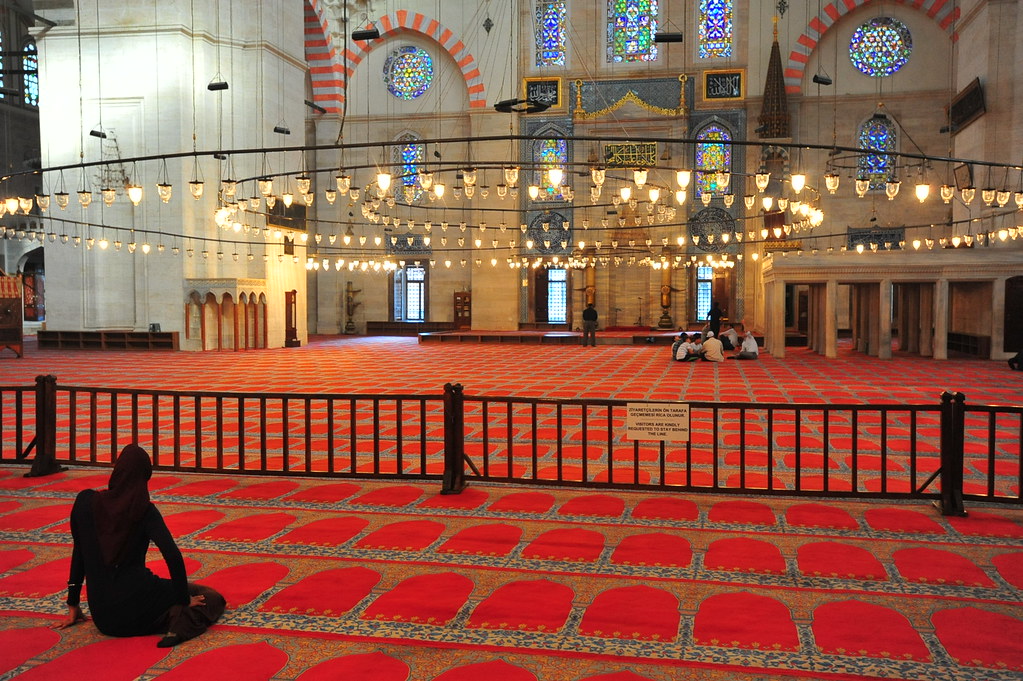 This picture speaks a lot to me: a practicing Muslim girl reflects behind a barrier that won't let females (visitors or Muslims) in. Meanwhile, her male counterparts are busy socializing in the front, while tourist males are free to walk around in that area as well.

Afterwards we headed back and underwent a NIGHTMARE of trying to make it for dinner: 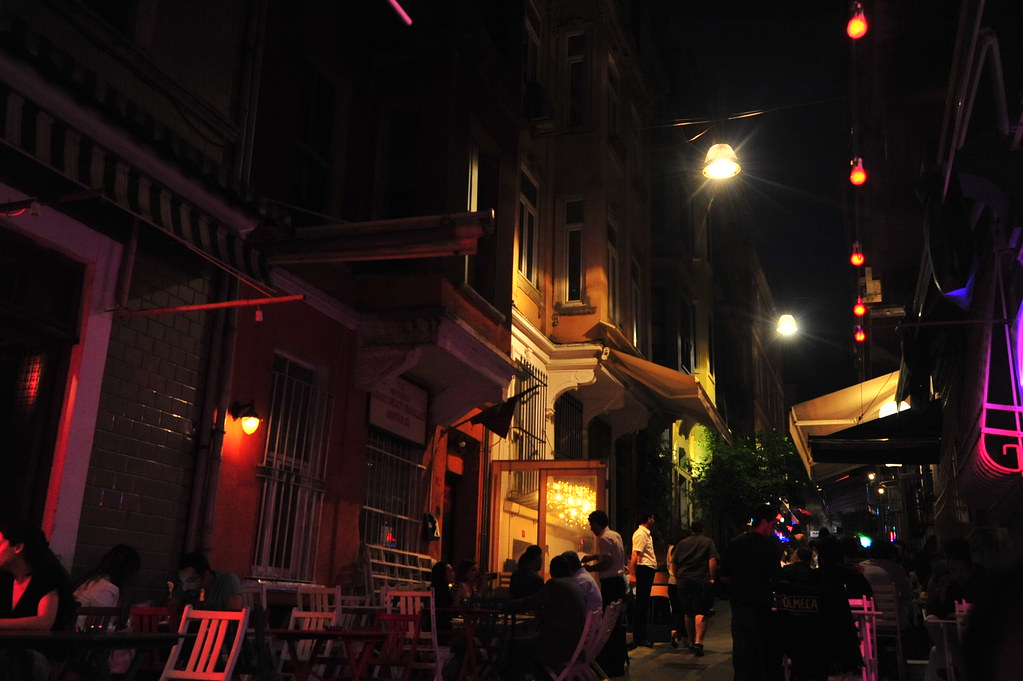 After an amazing dinner, Karde took us to this really really nice rooftop bar that’s appropriately named Up Lounge… 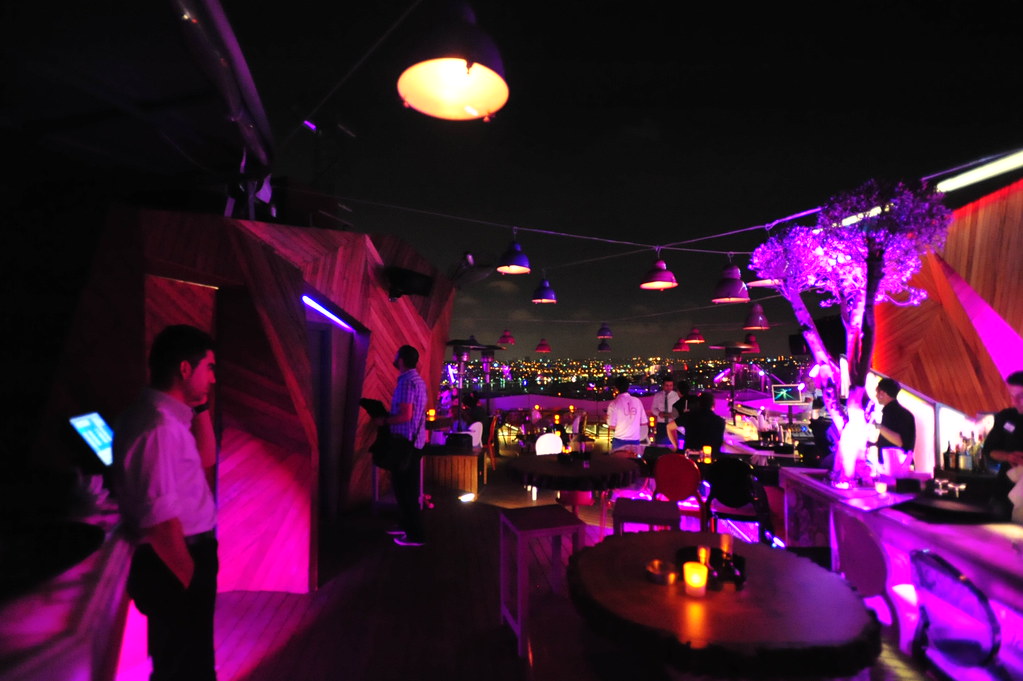 And despite the harrowing evening of trying to reach Karde without a cell phone, I’d say the views we were rewarded with at the end of the night was quite worth it: 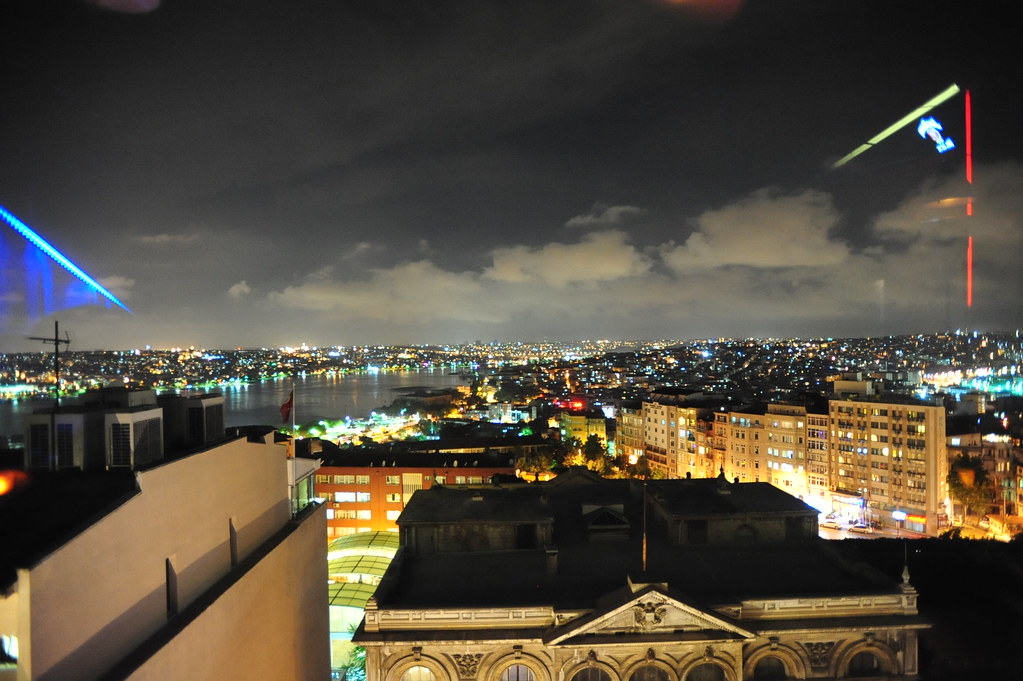 If you liked what you’ve seen here, check out more of our pictures of Istanbul here.