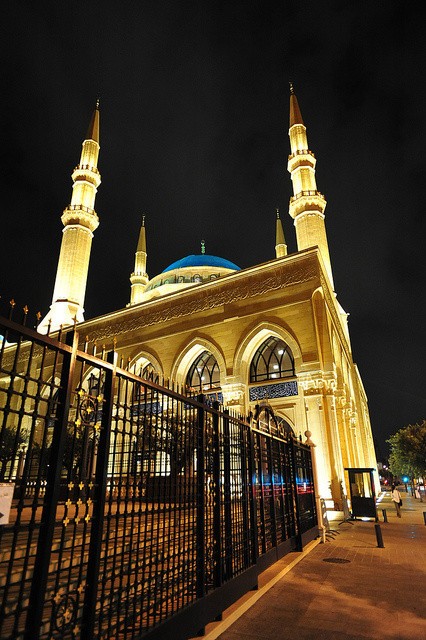 Beirut: A cosmopolitan city policed by carbine-armed soldiers, where Ferraris and BMWs park next to armored tanks, and where glass-paned high-end boutique shops neighbor derelict husks of concrete bombed out by a 10 year old conflict. 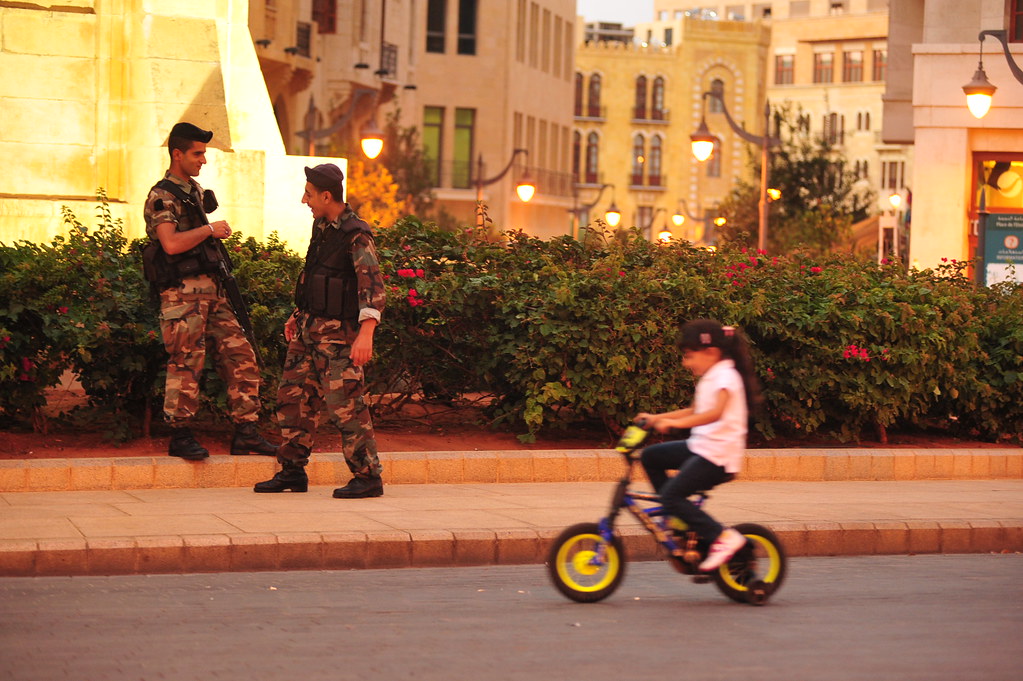 It’s a city that presents itself as glitz and glam under the underlying knowledge that it’s still in the middle of a war. 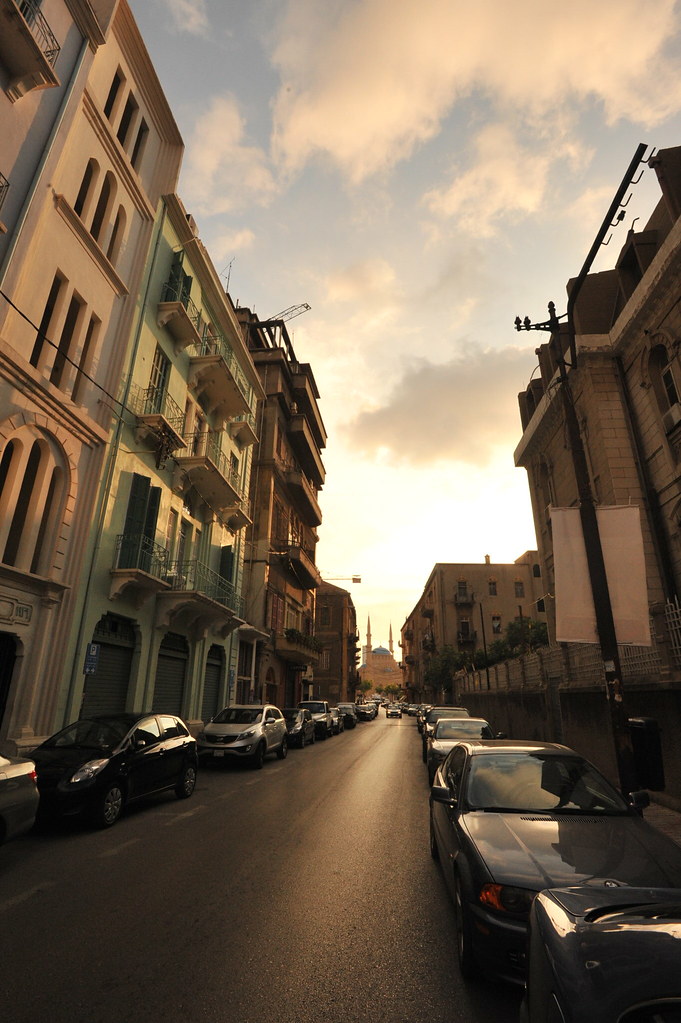 Looking down to Mohammed al-Amin Mosque 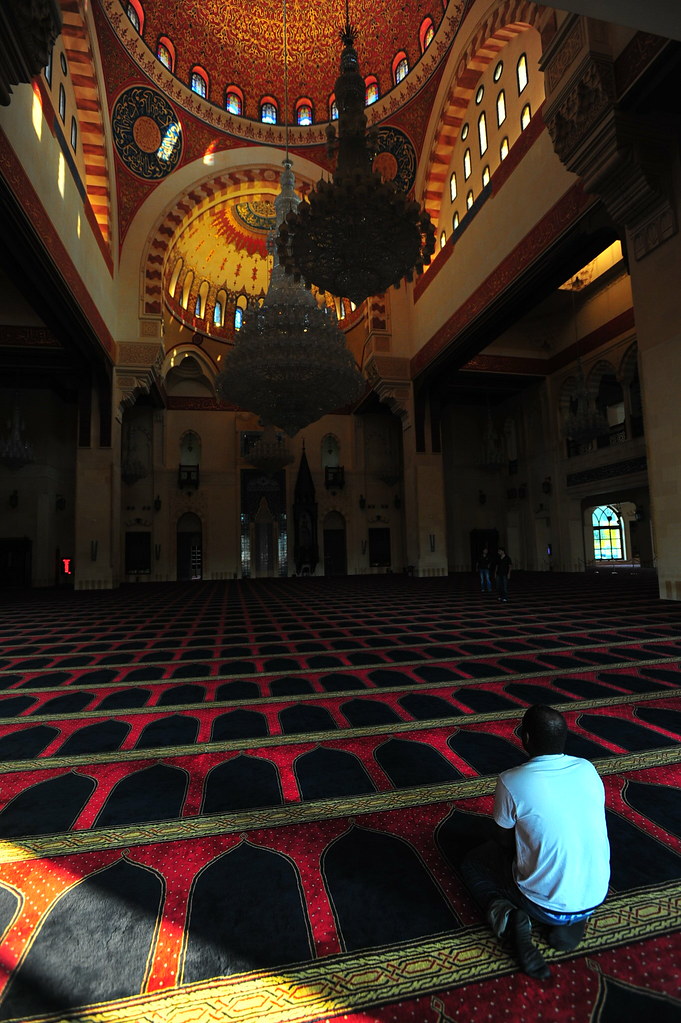 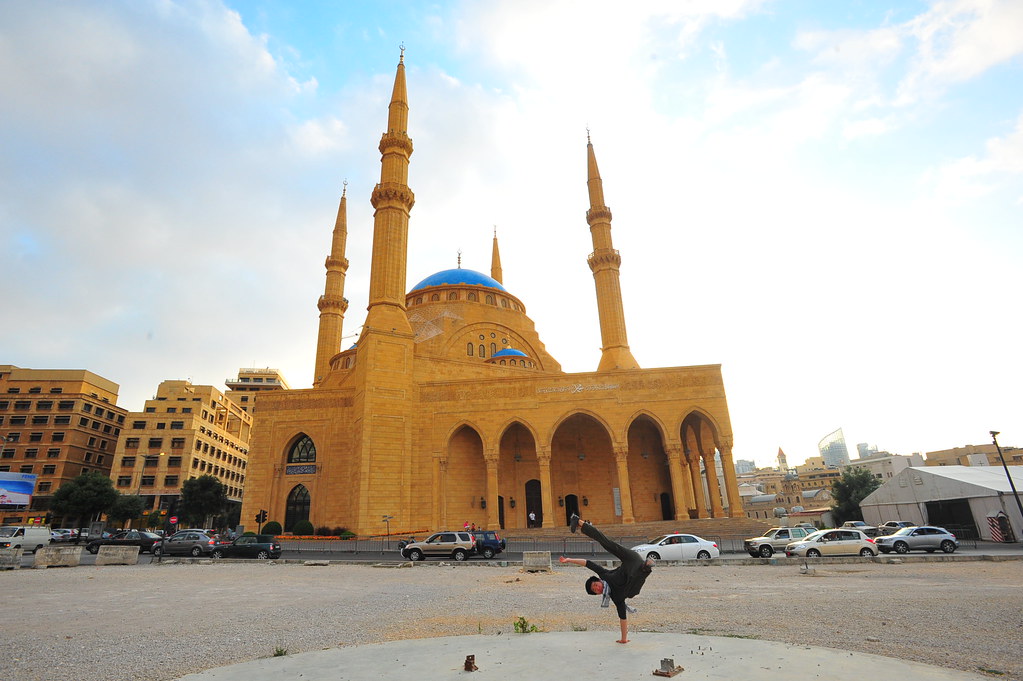 Best symbolizing all this is the statue of Place des Martyrs, the former location for the Hezbollah encampment a year ago; if you look closely, the statue is riddled with bullet holes from the recent conflicts in Beirut. 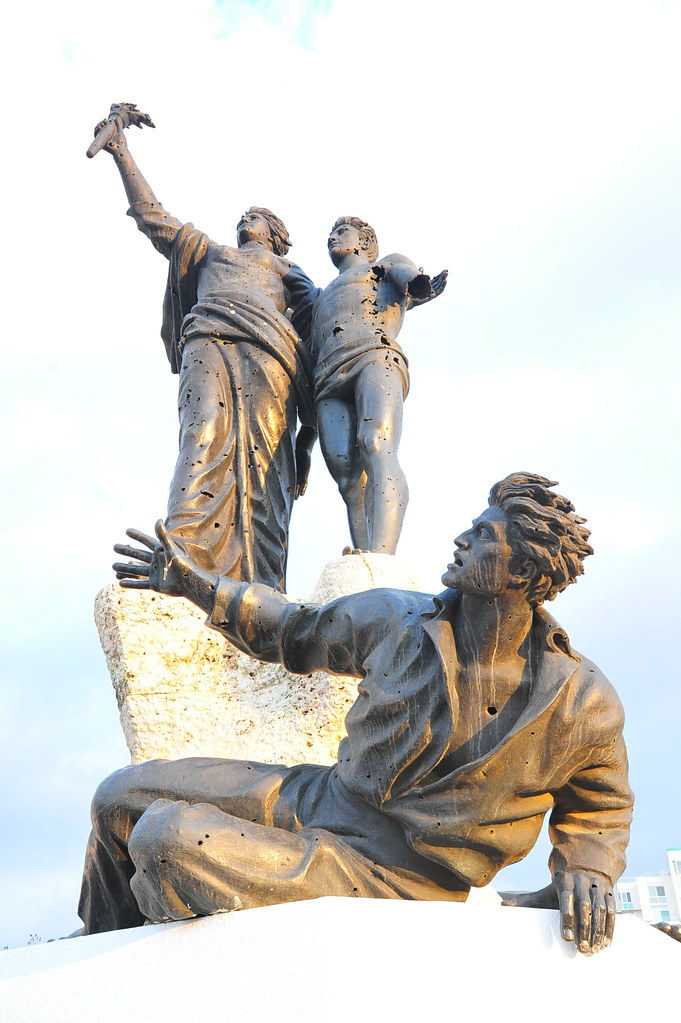 Downtown Beirut is also dotted with amazing preservations of Roman ruins, like the Cardo Maximus pictured below. 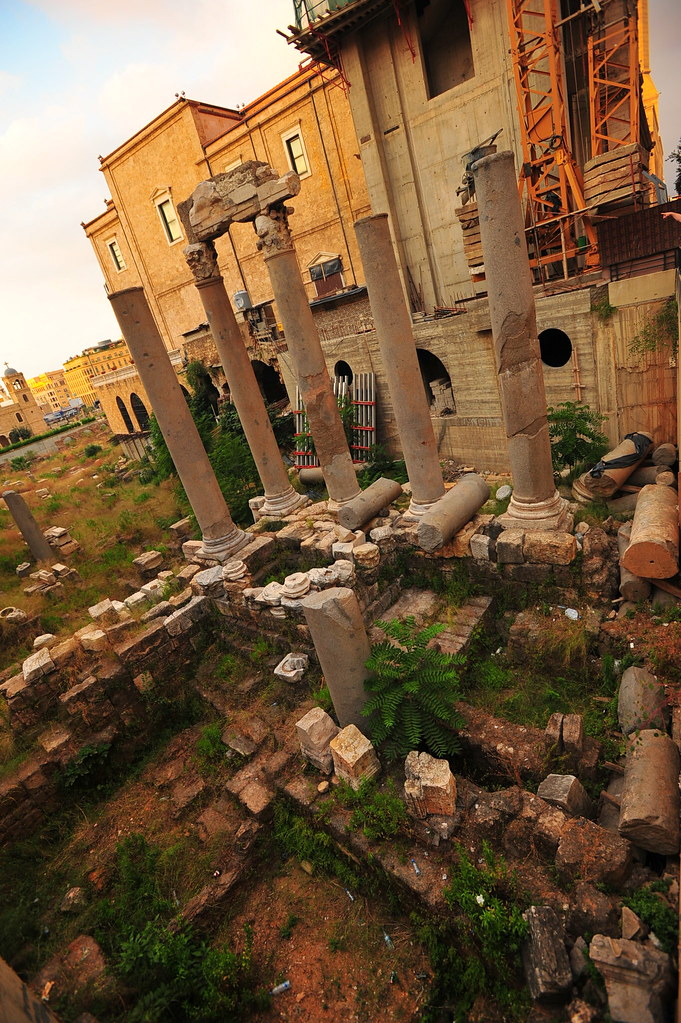 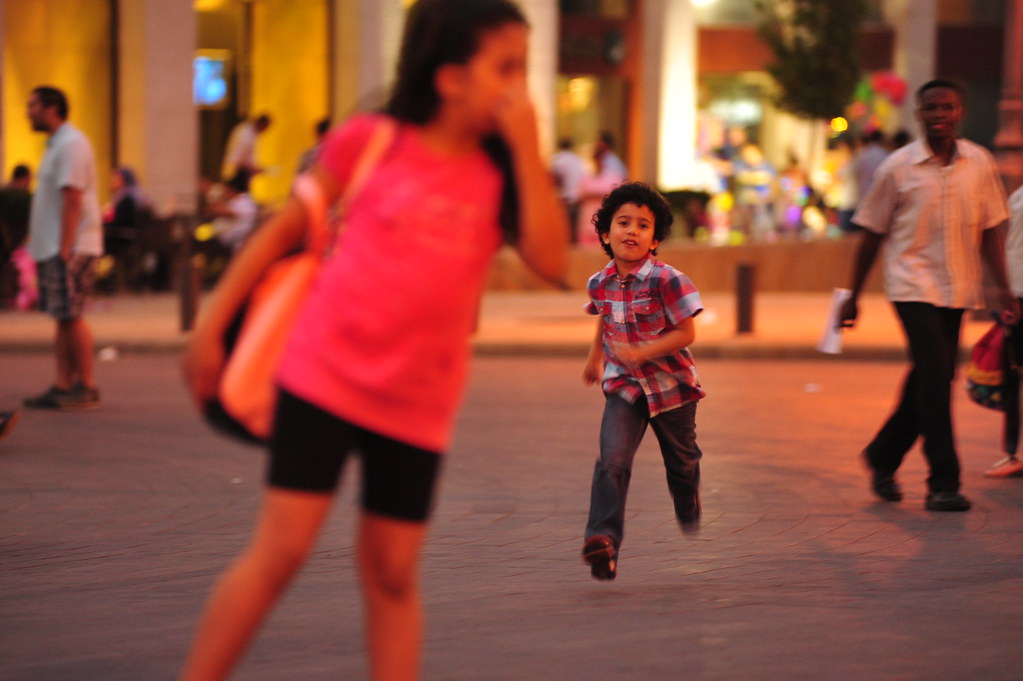 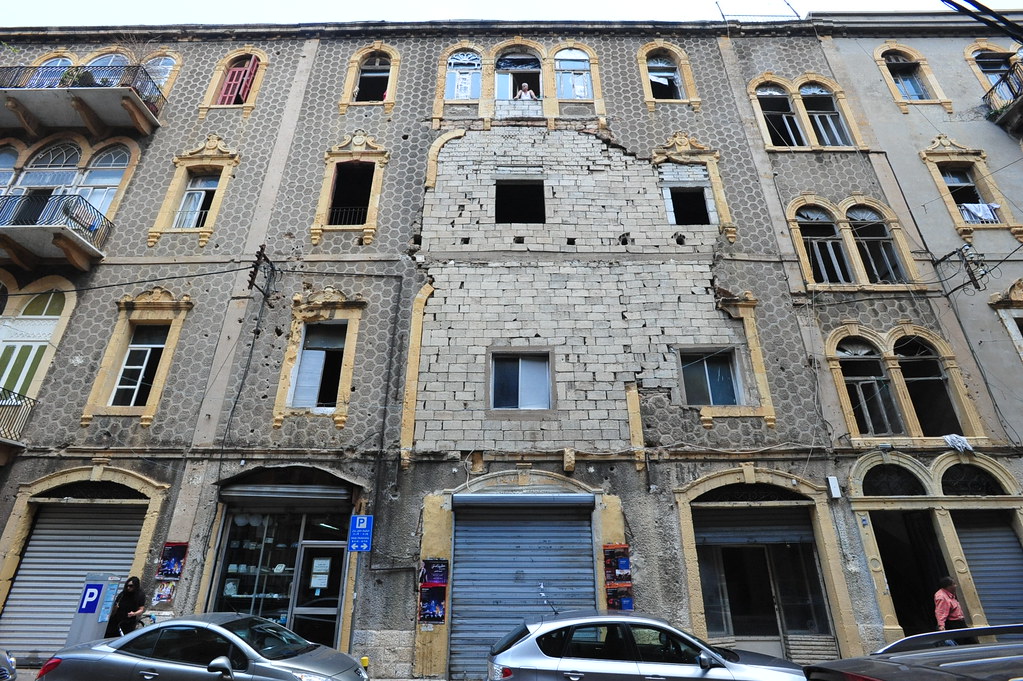 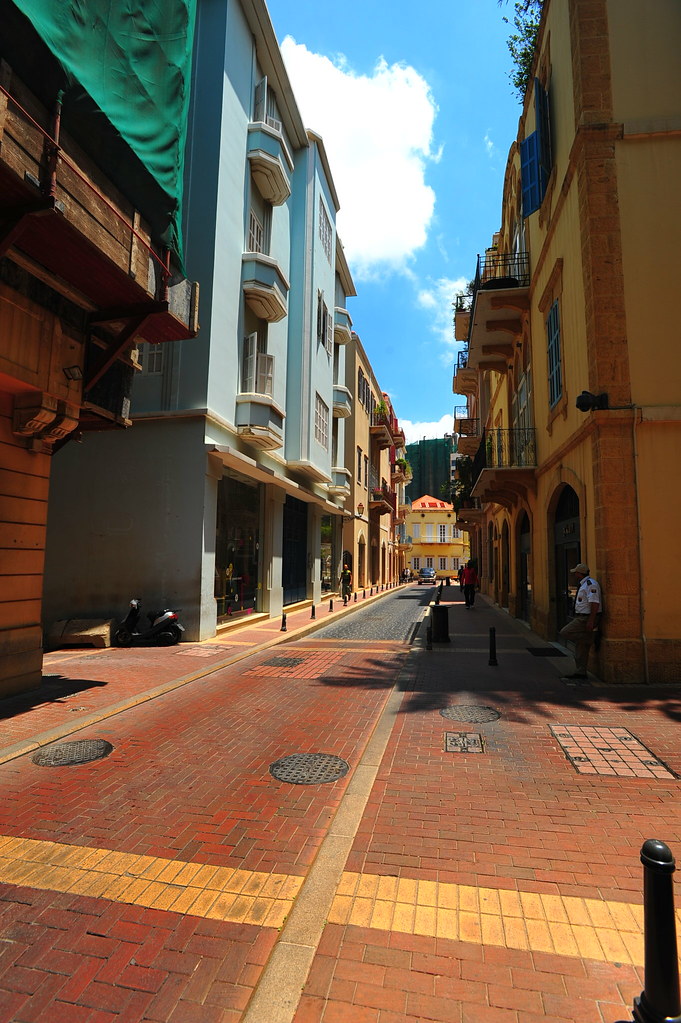 ...and on the other side is the very swank Saifi Villages; lined with beautiful boutique shops and high-end art galleries.

The distinction continued into the farflung region of Baalbek (5000-6000 Lebanese pounds for a public 2hr. minibus ride from the Cola transport hub in Beirut), where despite it being Lebanon’s most popular tourist destination, is also the headquarters of Hezbollah. 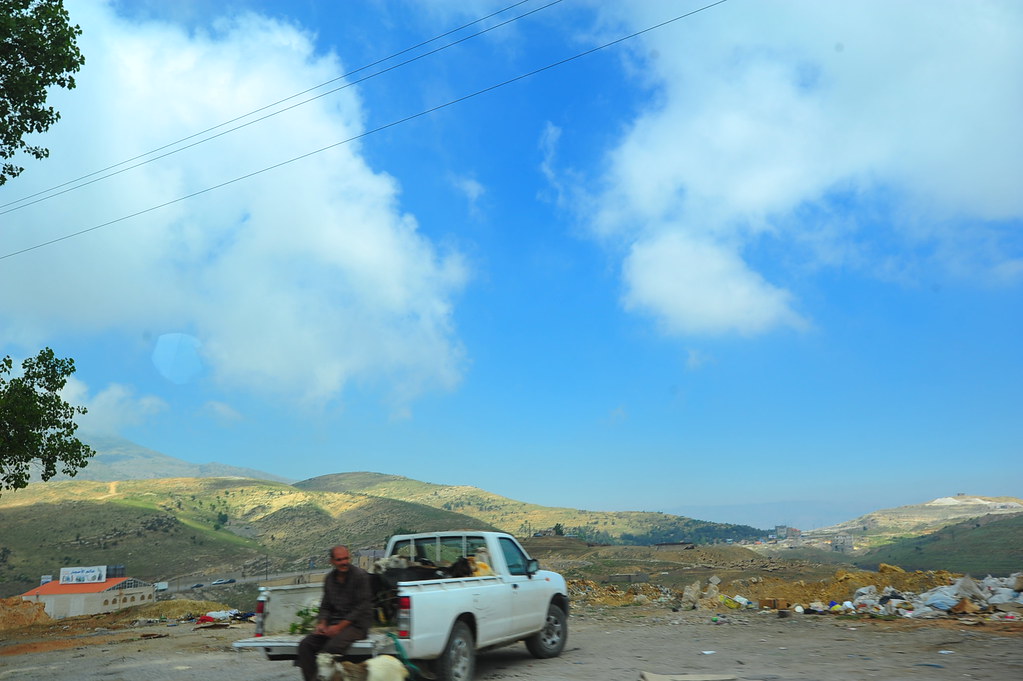 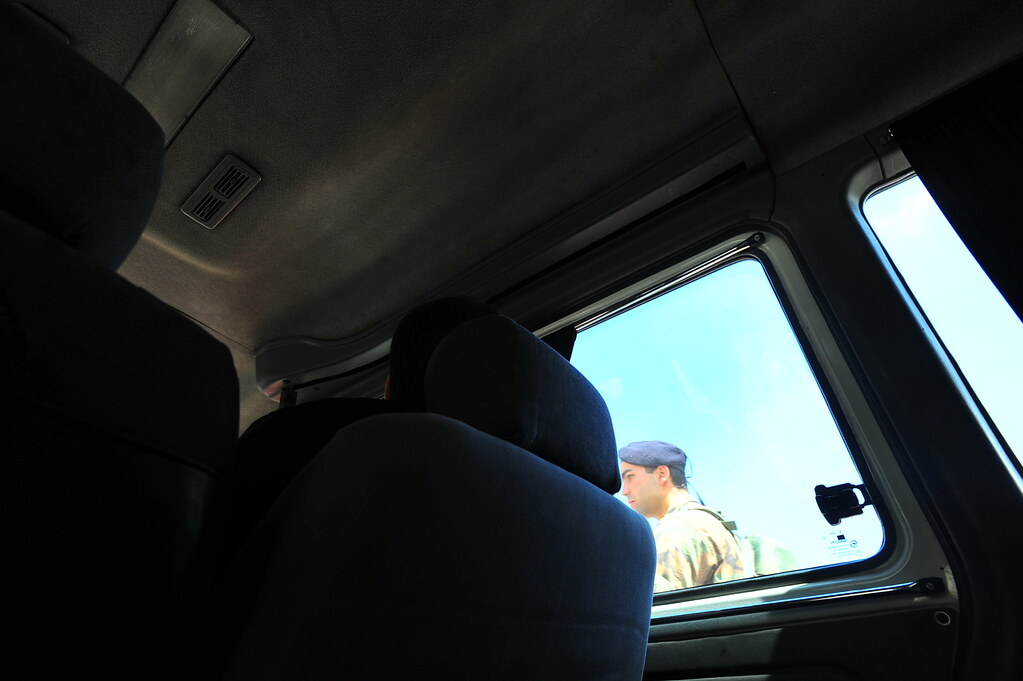 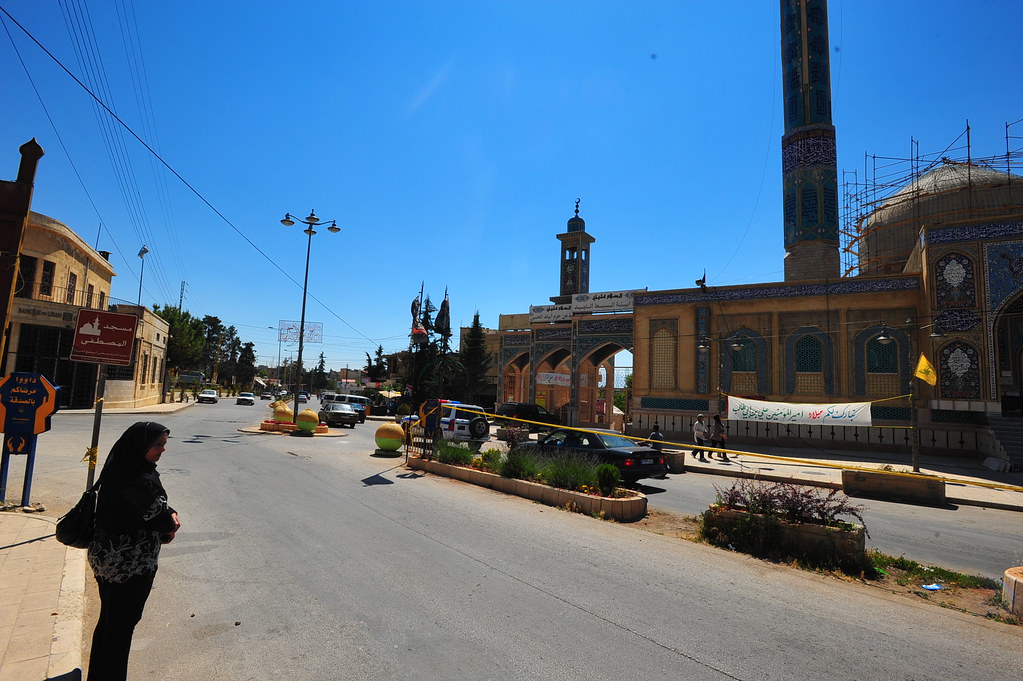 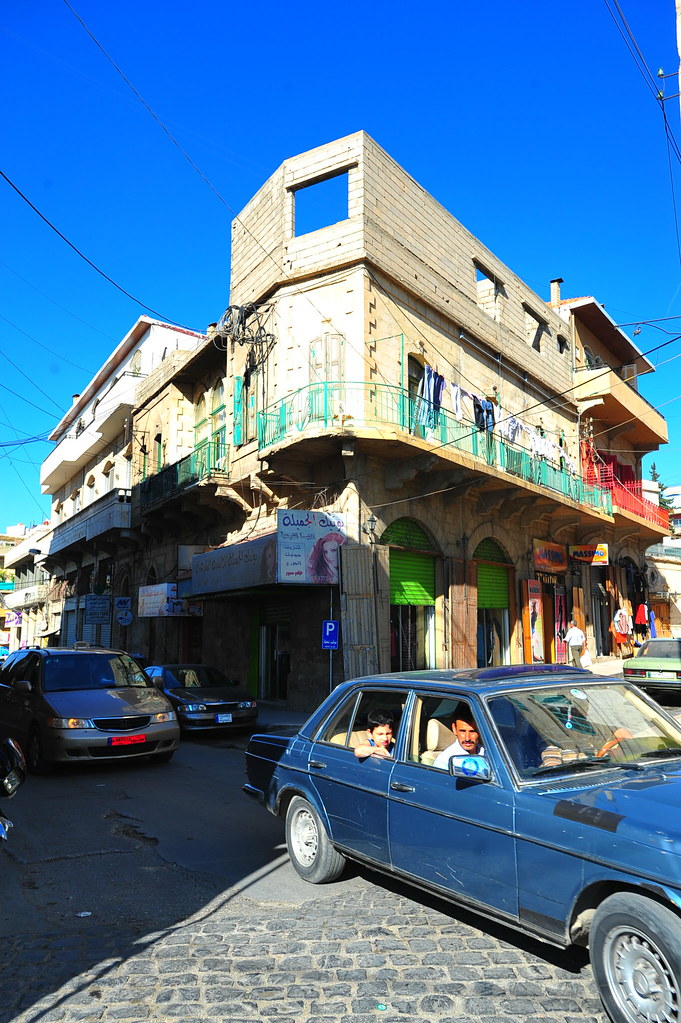 Yes, this is the same Hezbollah you hear about on CNN, BBC, and various western governments that denounce one of Lebanon’s major government forces as a terrorist organization. Although we hear of them to be responsible for kidnappings of Westerners, car bombings, suicide jihadists and targeted assassinations, that same organization is also regarded by some for the essential rebuilding and charity work for the oppressed and poor.

Take what you will from these observations, whether you say that “murderers are still murderers” or “every government has a dark side,” the observation is that when we went, Hezbollah’s headquarters seemed like a sleepy little city that welcomed foreign tourists, Americans included.

Honestly, I wish I knew more about this so I wouldn’t sound so naive, but I’m slowly learning. And the sights itself — specifically the ruins of Baalbek — was once known as Heliopolis, home to the grand Temple of Jupiter, Temple of Bacchus, and the Temple of Venus.

Truly well preserved and almost rivals that of the ruins of the Karnak Temple in Egypt. 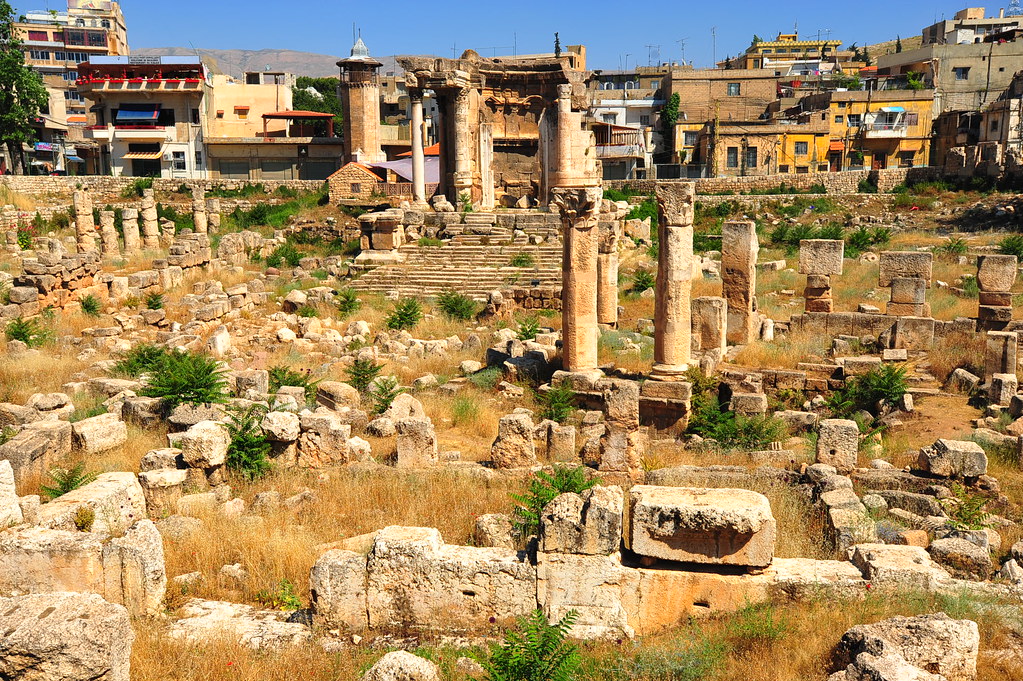 The Temple of Venus; since it was converted to a church after the Byzantines took over, it has been relatively well preserved 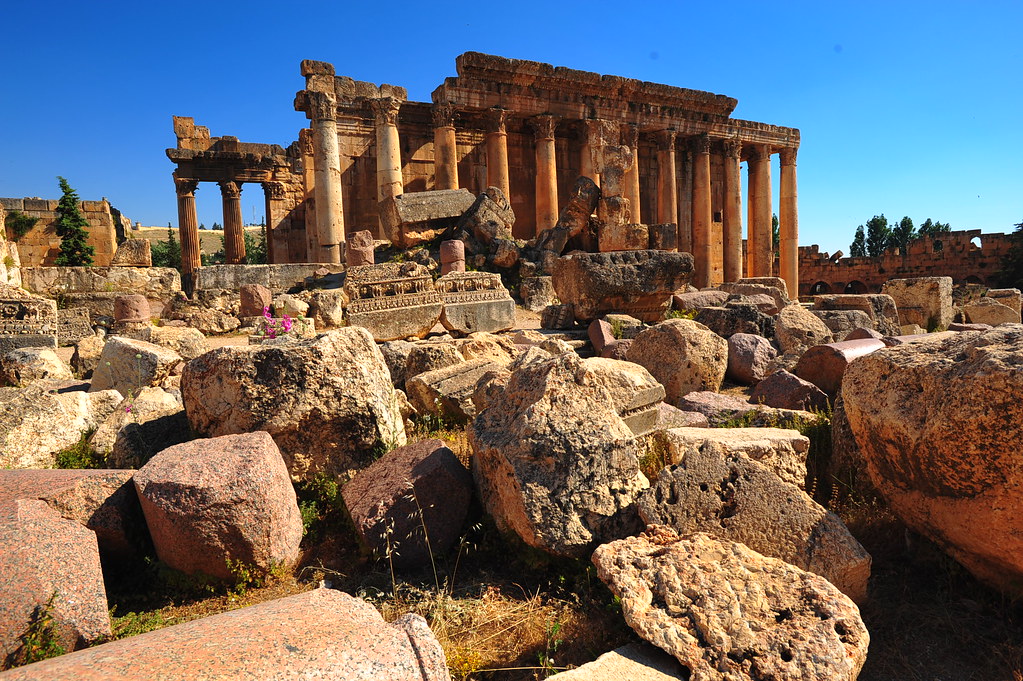 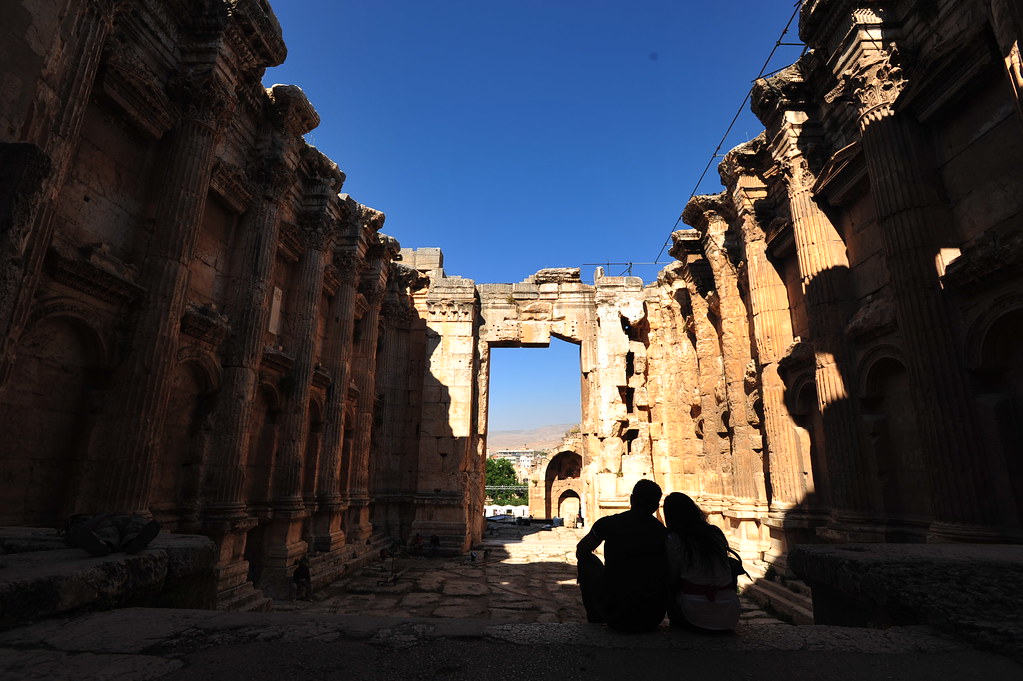 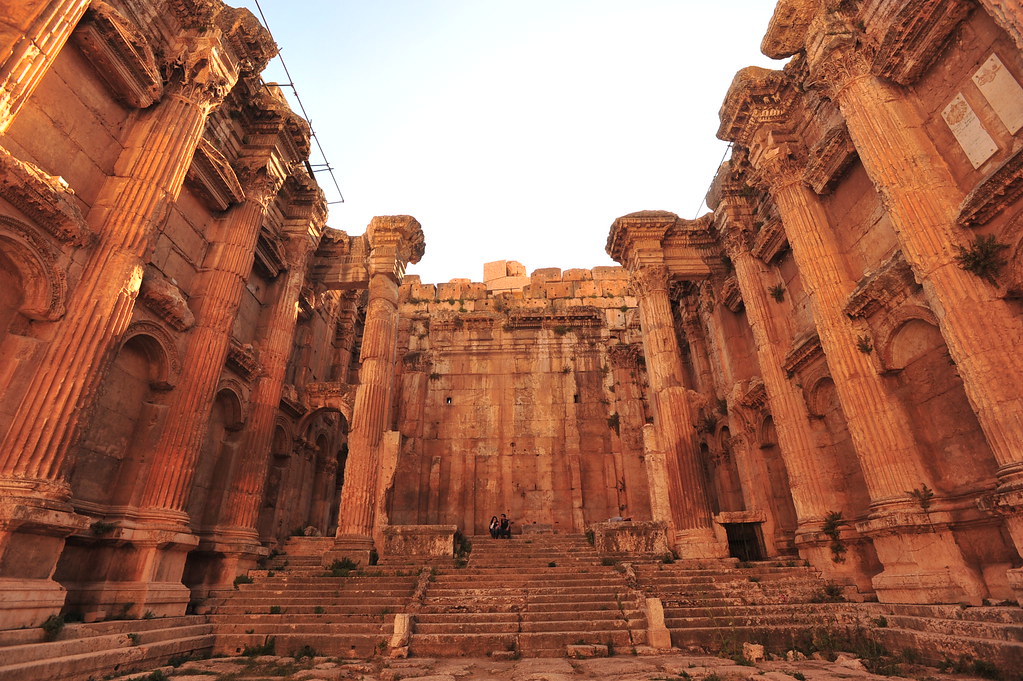 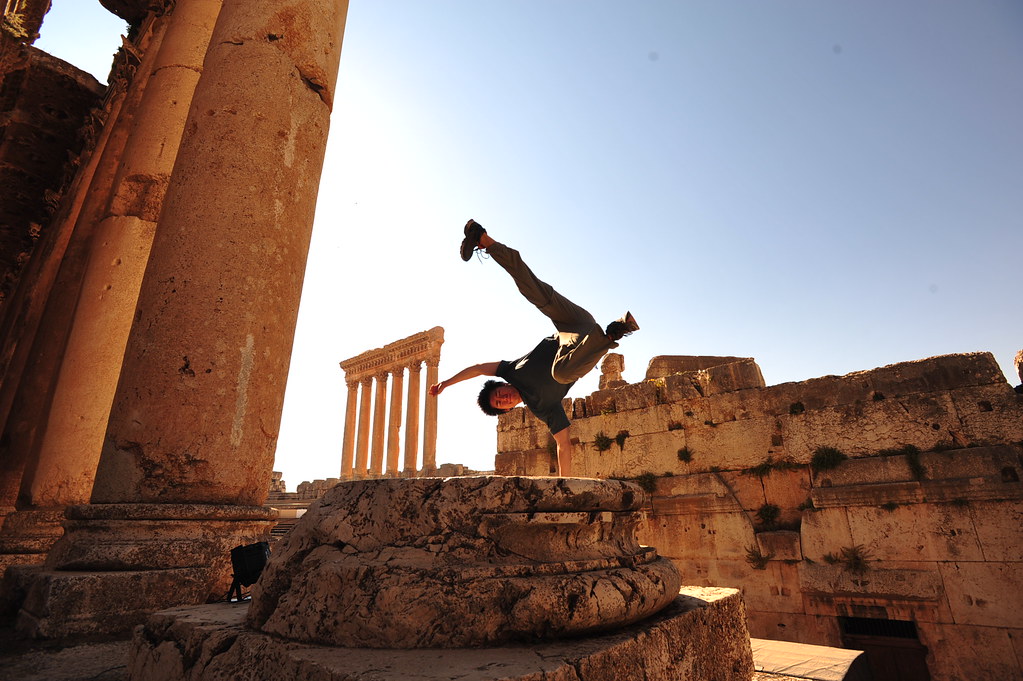 The Baalbek ruins just got served

After another 2hr. mini-bus ride from Baalbek back to Beirut, we were dropped off in the outskirts of the Palestinian refugee campus, which according to our Lonely Planet, “should not be visited unless accompanied by a trusted guide.” Oops.

But to be honest, walking through it wasn’t that bad. They’re not really camps per se, but neighborhoods that some we’ve talked to have likened to “slums.” I wouldn’t go that far, but the contrast from the higher-end neighborhoods of Hamra and Downtown Beirut is striking. 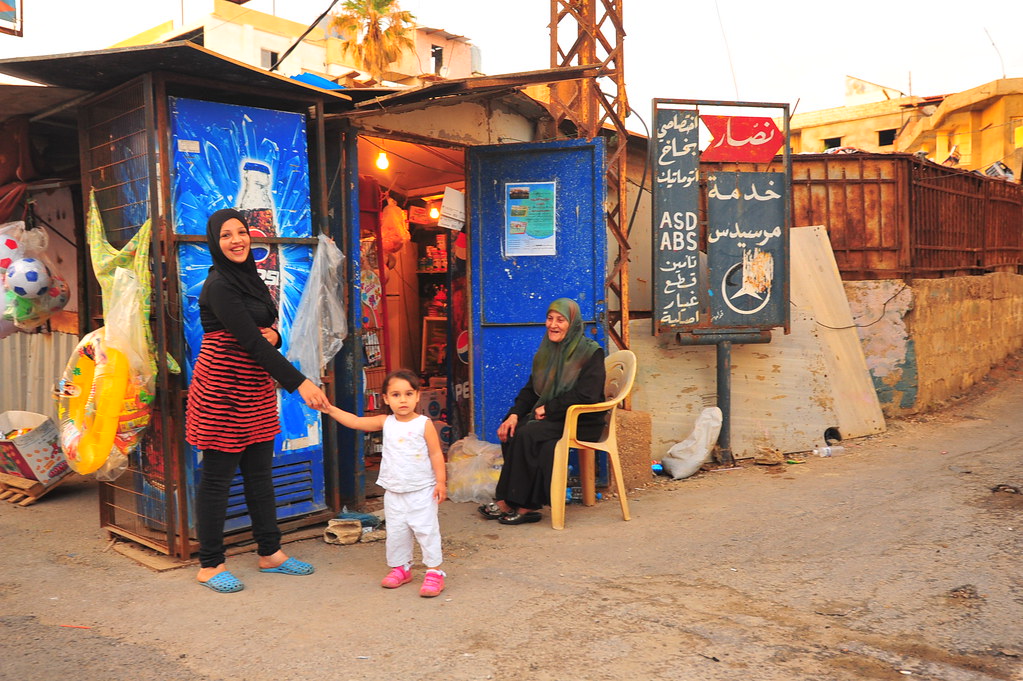 After a little walk, we then cabbed it uptown to the very very pretty Pigeon Rock: 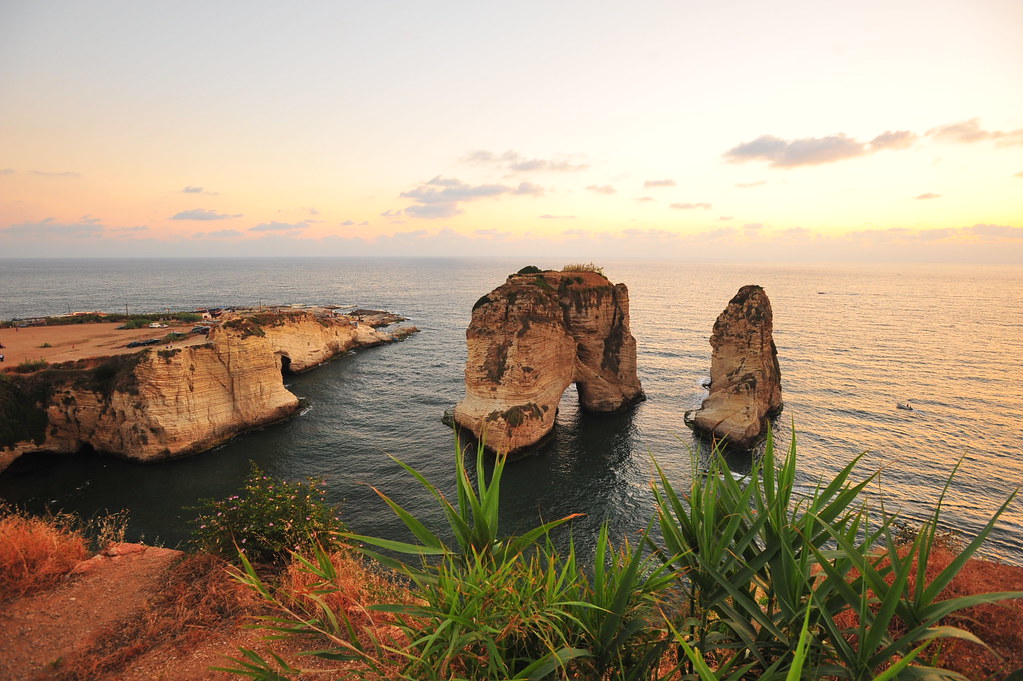 And given the spectacular view, we decided to go for a dinner and shisha by the Corniche. 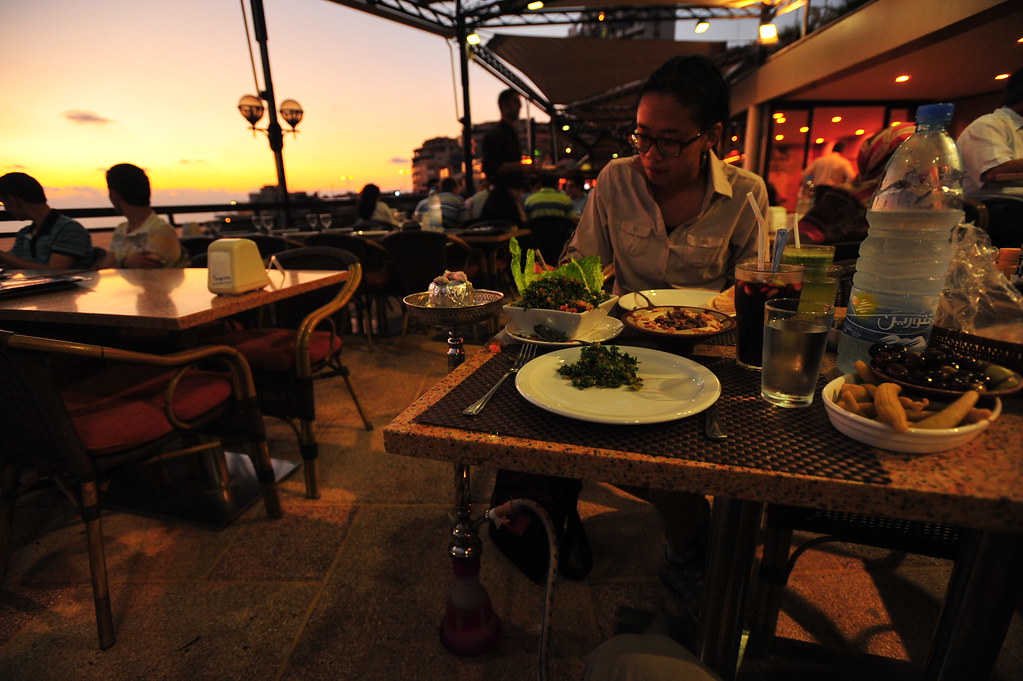 Even though we spent only a mere 2 days here, I’ve already seen so much while in Lebanon and am already thinking of the next time I’ll be back here. We’re probably going to go out on the town again tonight, before resting up for our flight to Amman, Jordan tomorrow.

UPDATE: We just heard huge explosions outside and everyone in our cafe immediately got up and looked worried, asking the waiters if something was going down. Seemed like everyone is accustomed to being on edge here. So we stepped outside to find out they were just fireworks instead.