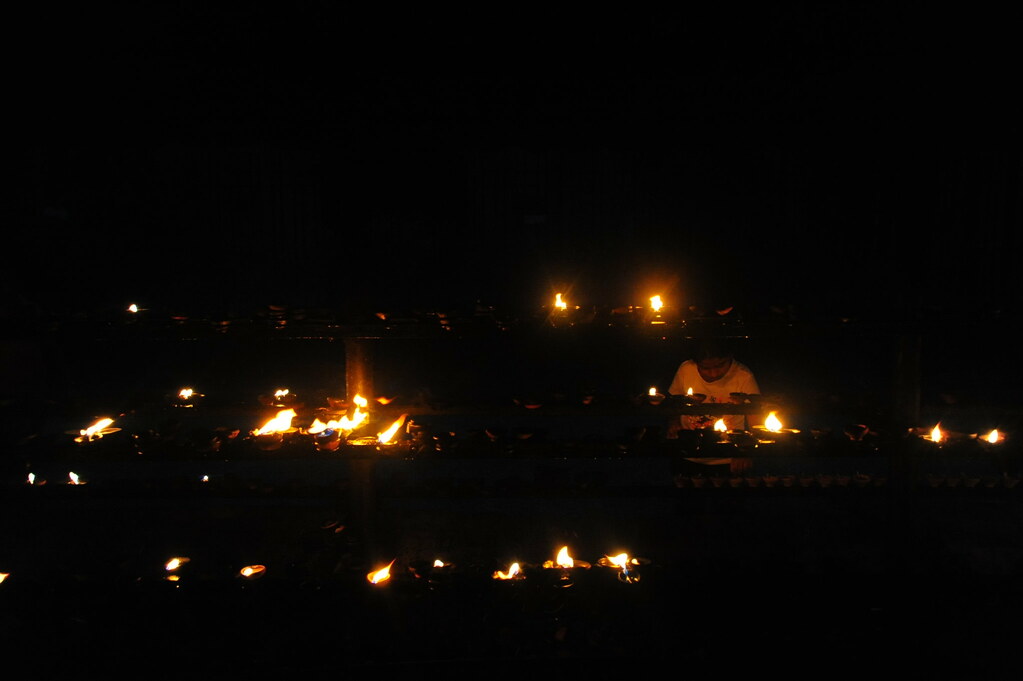 Today we took a lazy early afternoon bus from Colombo to Kandy (121 Sri Lankan rupees), which although advertised to be 2.5 hours, actually took 4 hours. It was pretty uneventful, given that by now we’re very used to cramped seats, smog, traffic, and open windows being makeshift aircons. In fact, I actually slept through the entire ride. 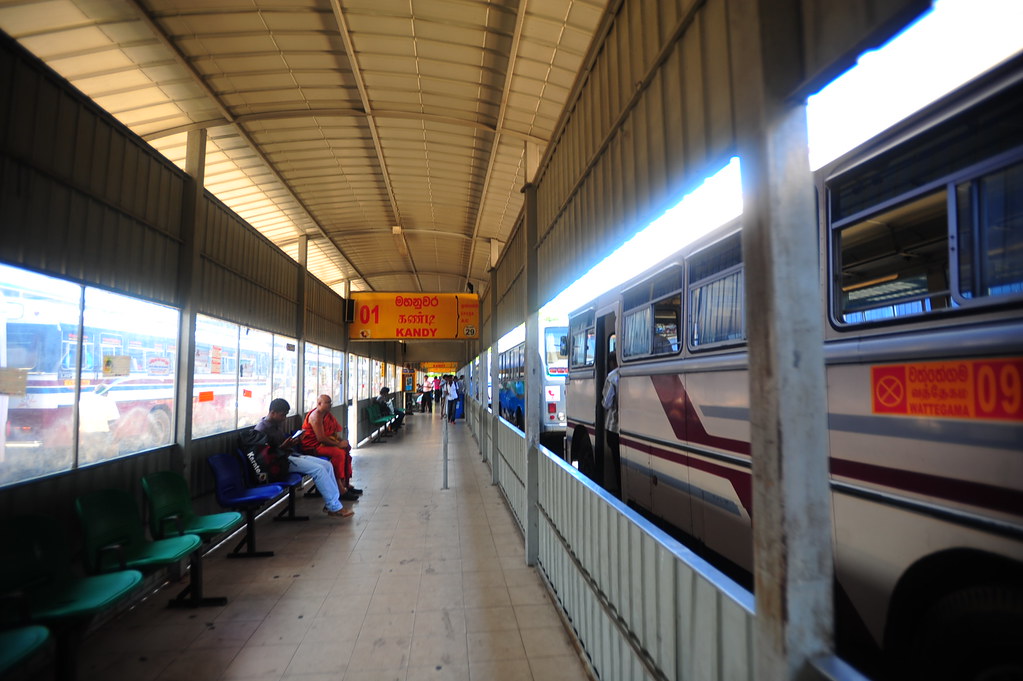 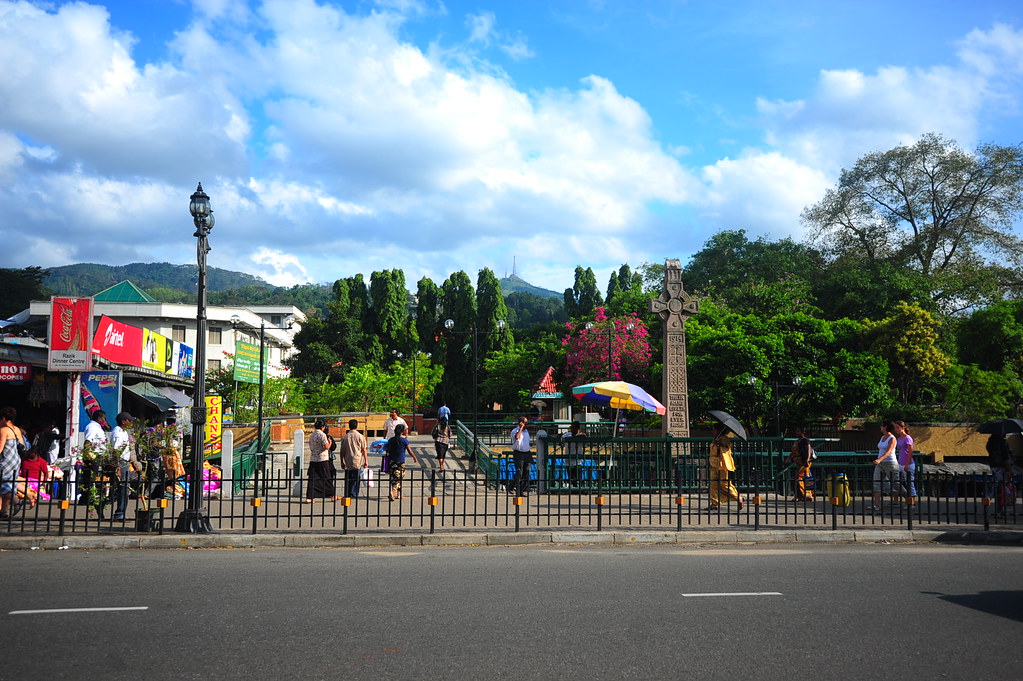 Given that Kandy is very compact and that all its major sights are right next to each other, we decided that after getting off the bus we would do a walking tour of the city first, and then check into a hostel. So we did just that, heading to see the 4 Kandyan devales (shrines to gods who are followers of Buddha and protectors of Sri Lanka) and the ultimate attraction, the Temple of the Sacred Tooth Relic. Religious fervor was everywhere. 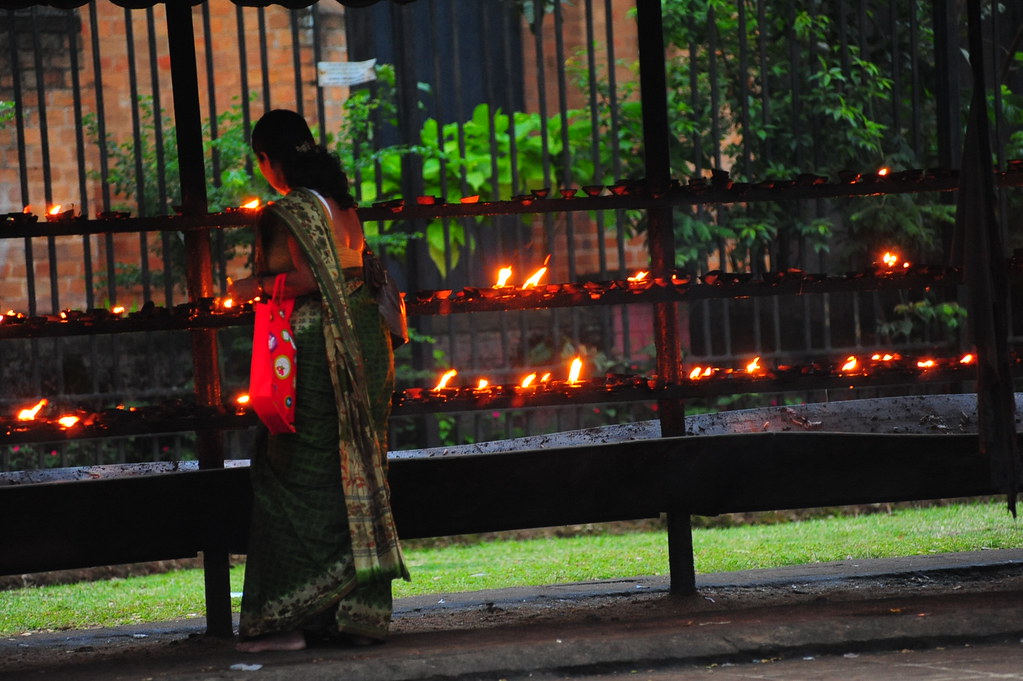 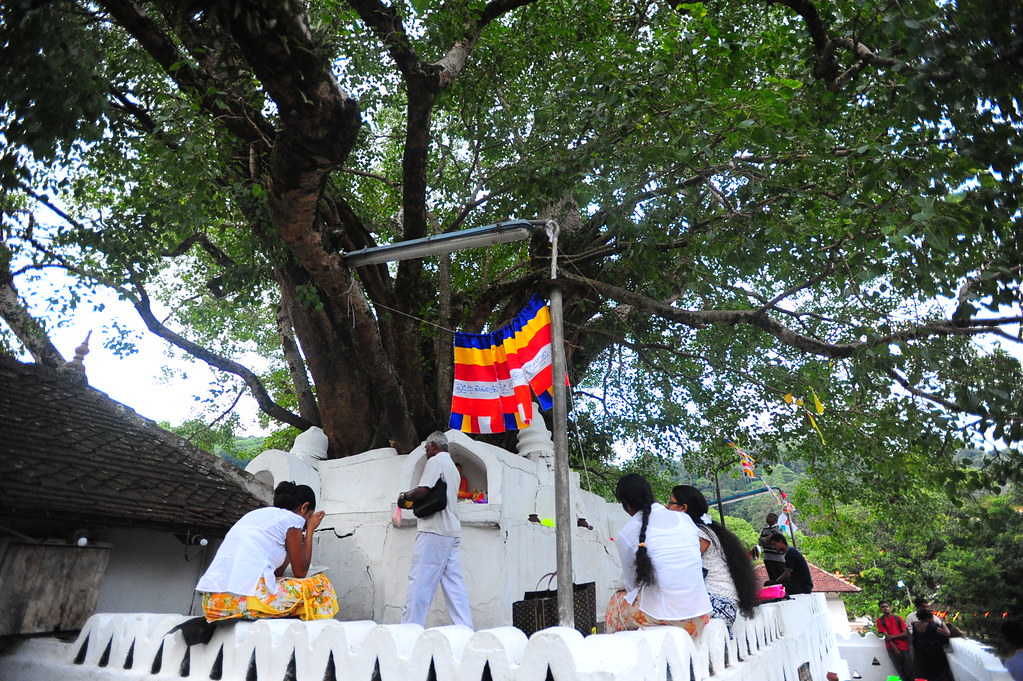 Natha Devale: the oldest of all the devales 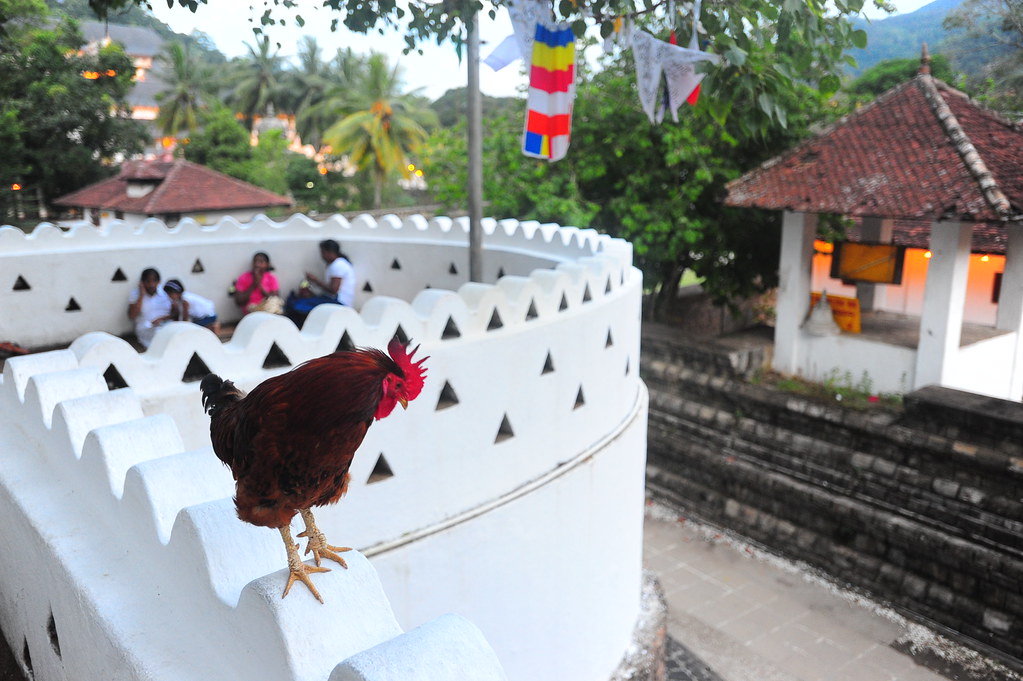 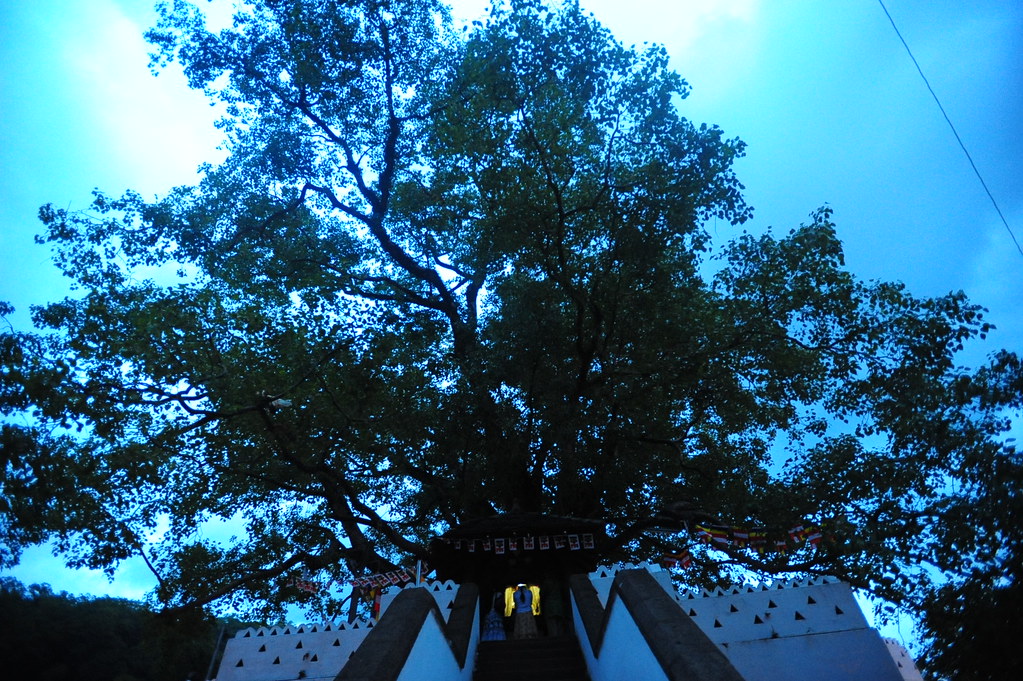 Most of the devales are located in a quaint, interconnected series of parks, which is easily walkable within 10-15 minutes. Because of their religious significance to Kandy, be prepared to do the entire bit of your exploration barefoot. This includes a visit to the grand Temple of the Sacred Tooth Relic. 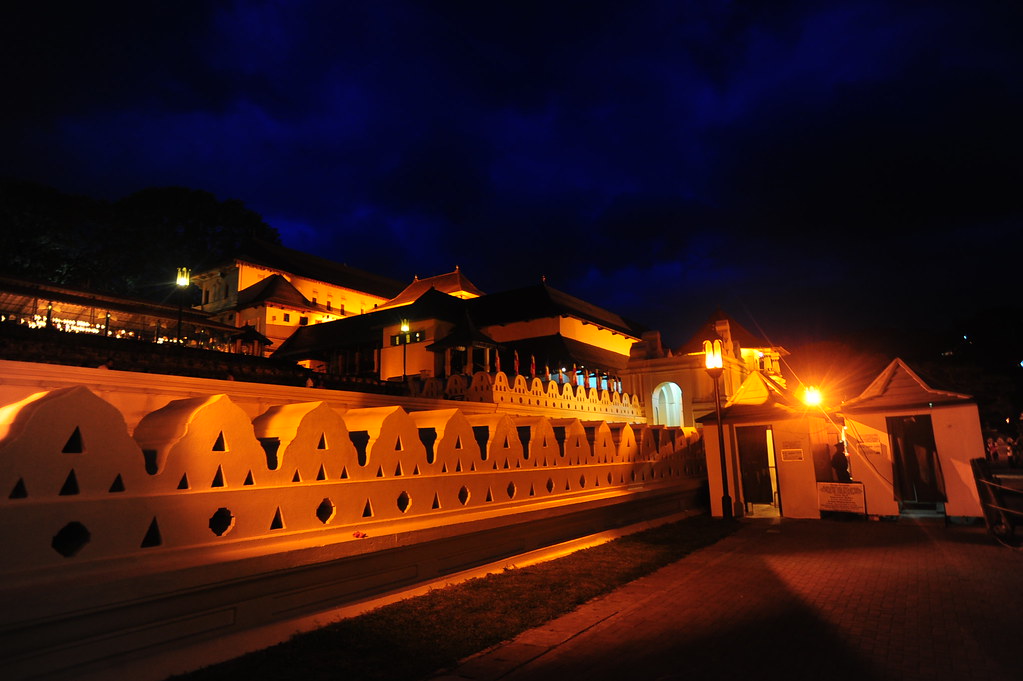 The belief is that anyone who has possession of this particular tooth of Buddha (which is said to have been snatched from his funeral pyre), gives that person the right to rule Sri Lanka. It is now housed in a golden casket, and can only be viewed briefly after waiting in line for awhile…unless you have a good zoom lens and can snipe at it from afar.

The very best time to come is at 6:30pm in the evening, where the room containing the tooth is open to visitors and there is an atmospheric puja ceremony downstairs. 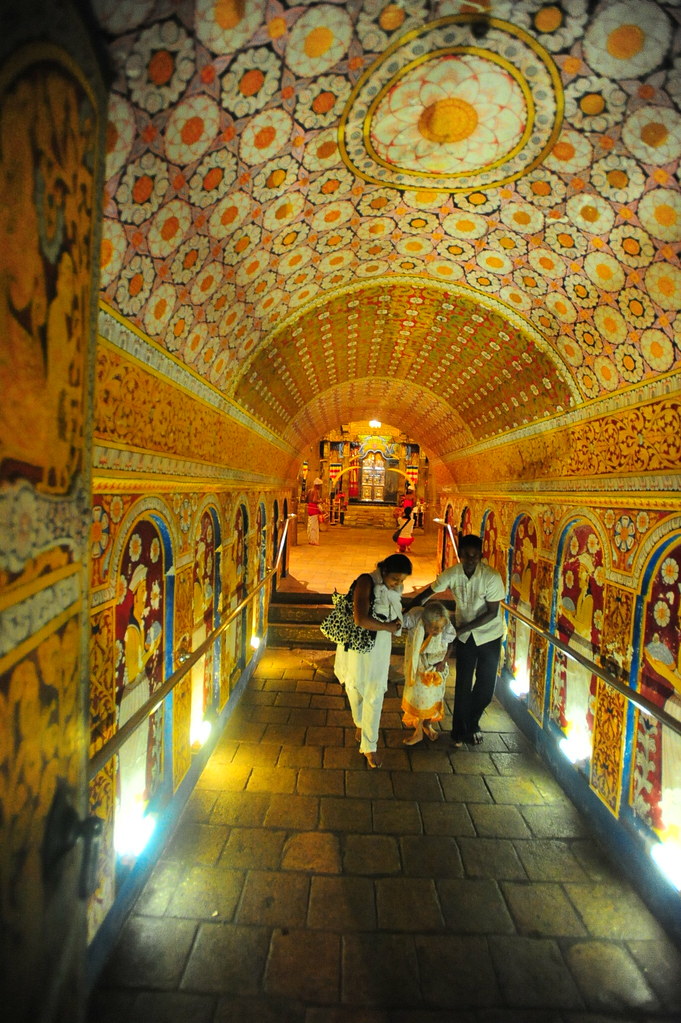 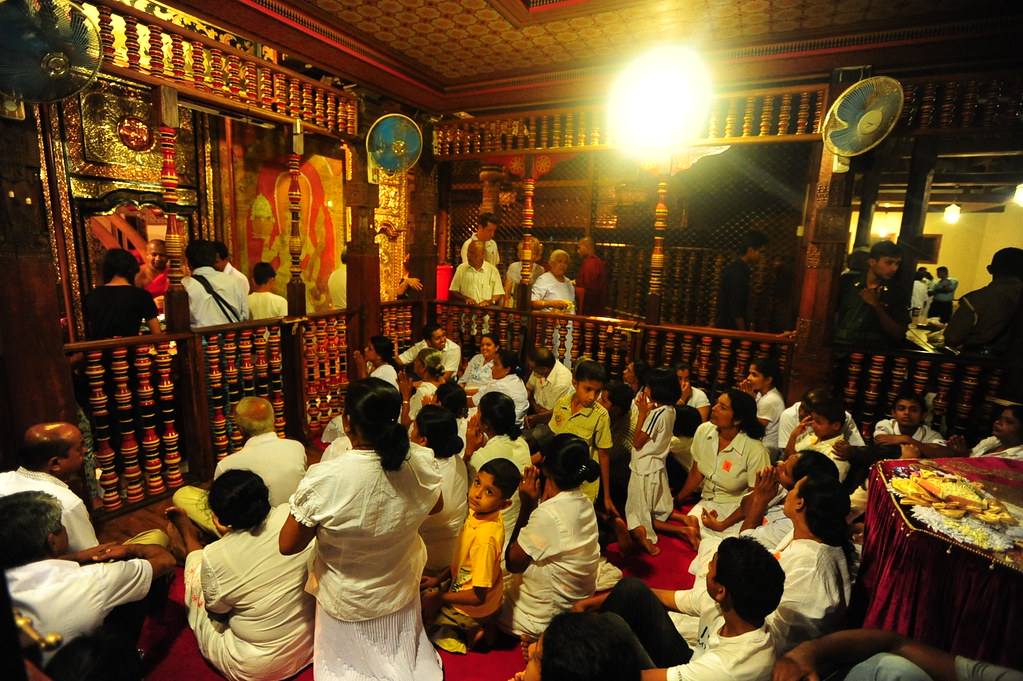 Buddhist devotees increase their karmic lot by making a pilgrimage to the tooth. 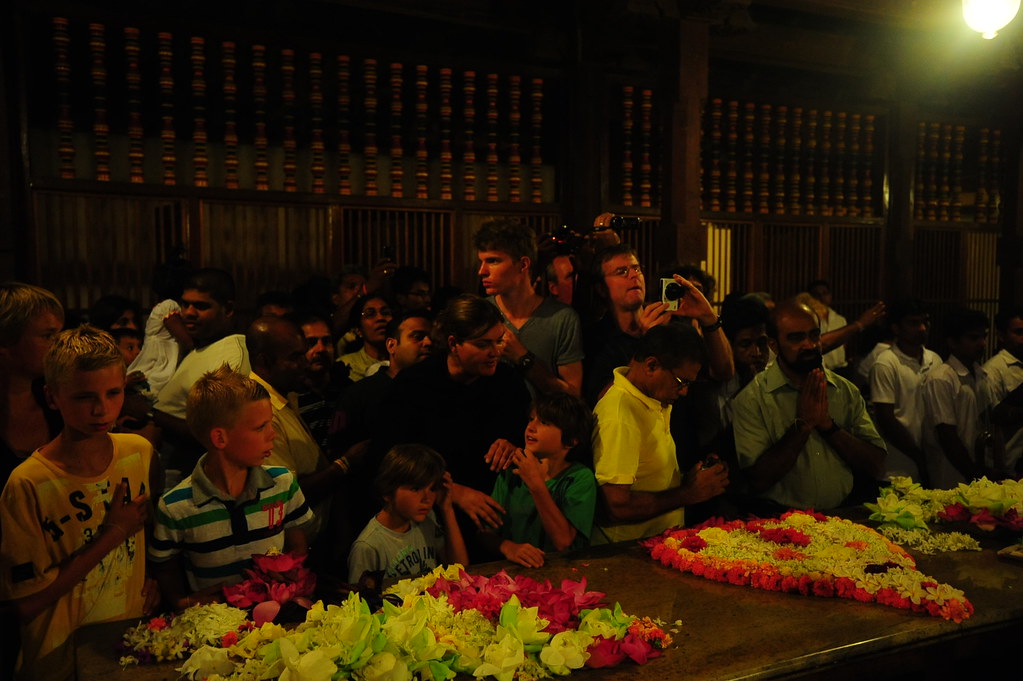 ...and the tourists increase their karmic lot by taking lots of photographs. 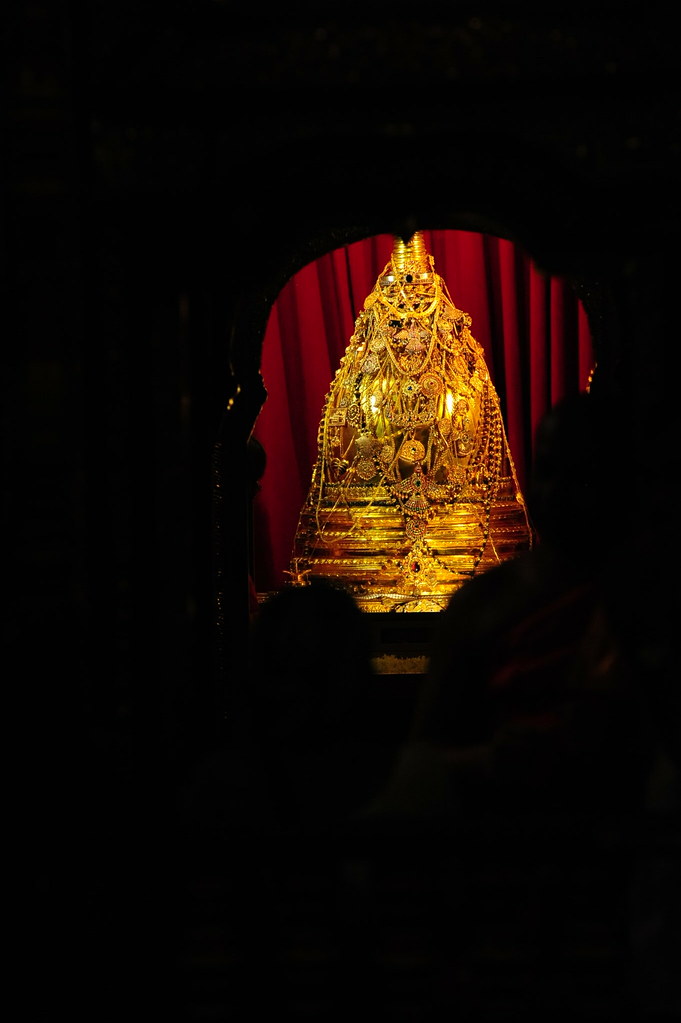 The golden casket that houses the tooth. 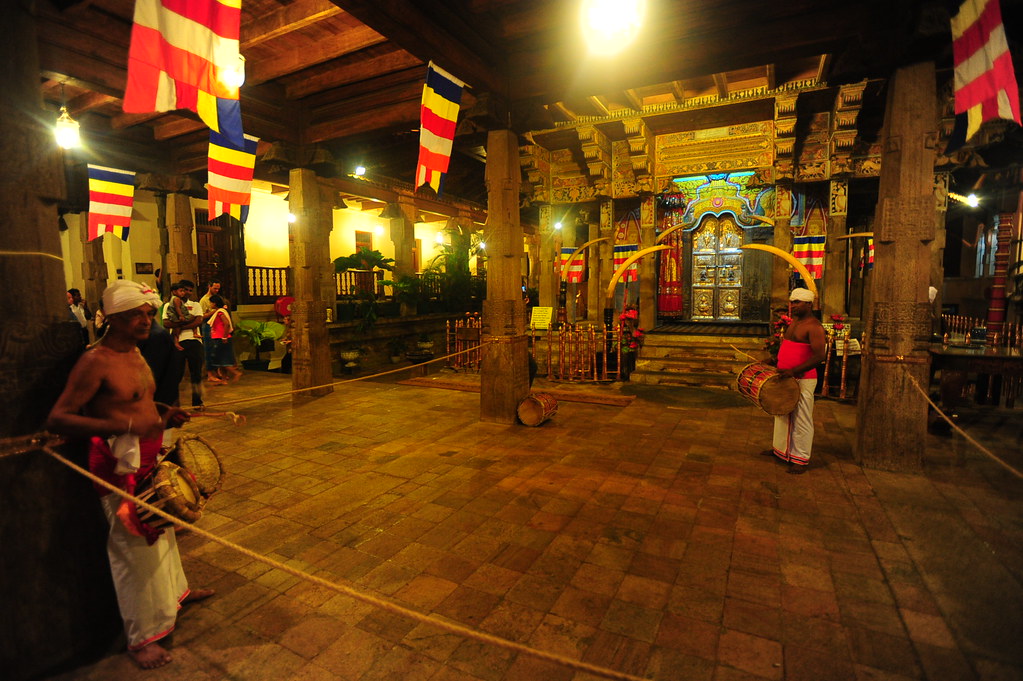 Puja ceremony at 6:30pm in the evening.

After you’re done with seeing the tooth upstairs, go back downstairs and walk past the main courtyard. You’ll eventually come to the New Shrine area of the temple. 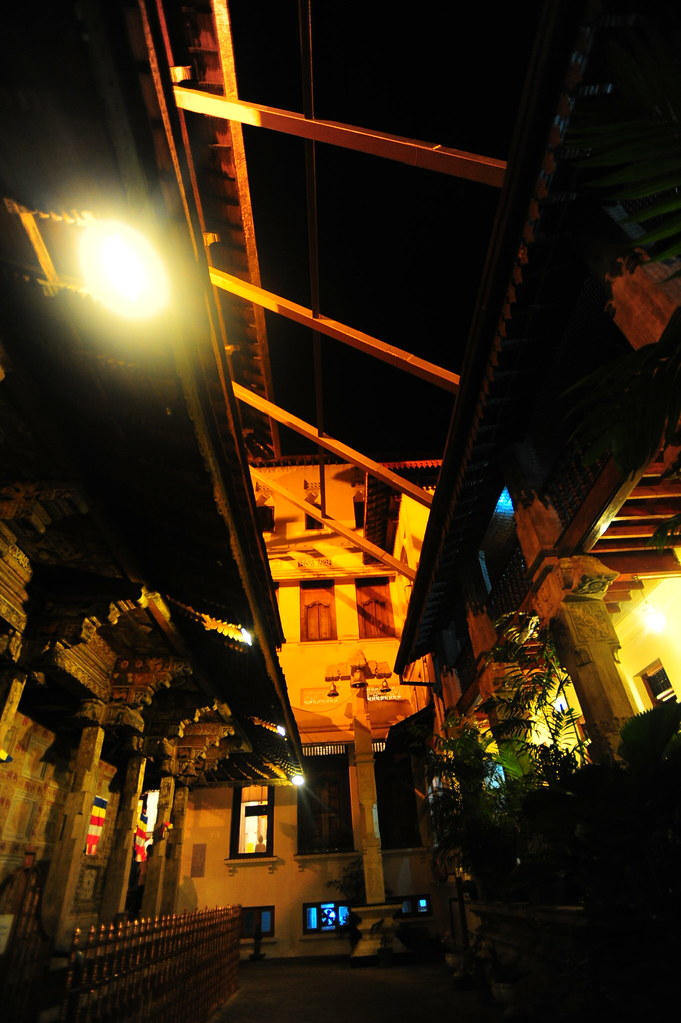 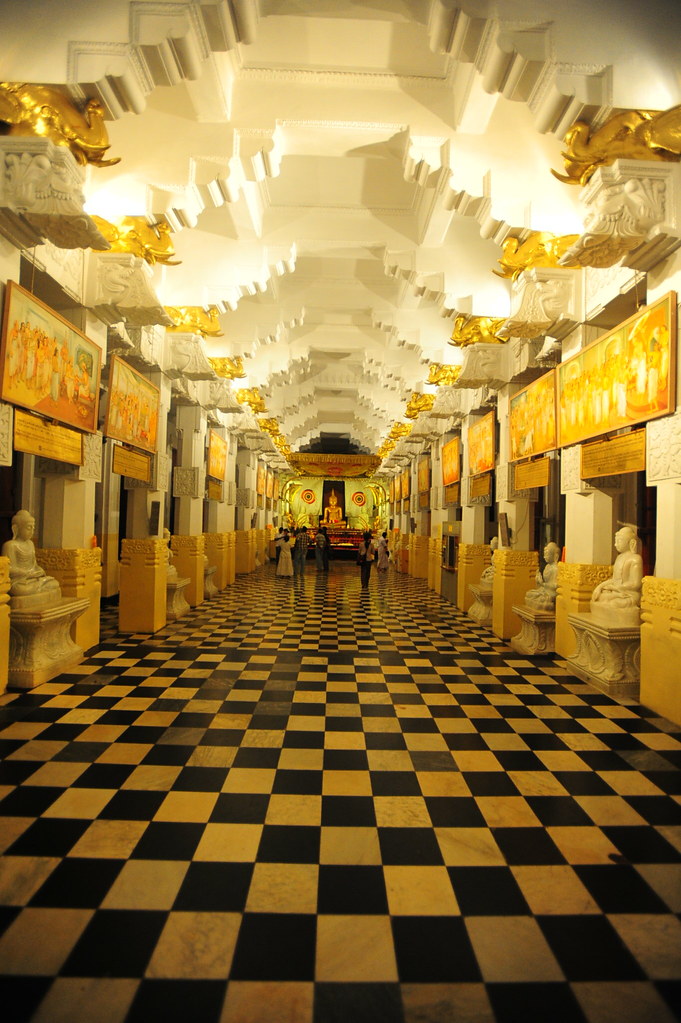 Admission to get up close and personal with the golden statue of Buddha is restricted…but not so for Japanese and Thai nationals. Because Japan and Thailand donate a lot of money to the temple, their citizens gain special access to parts of the temple that nobody else — not even Sri Lankans — get to enjoy. So what did we do? Nothing. We just stood there and looked pretty.

Within a few seconds, we were ushered into the front past the gate. We didn’t protest. 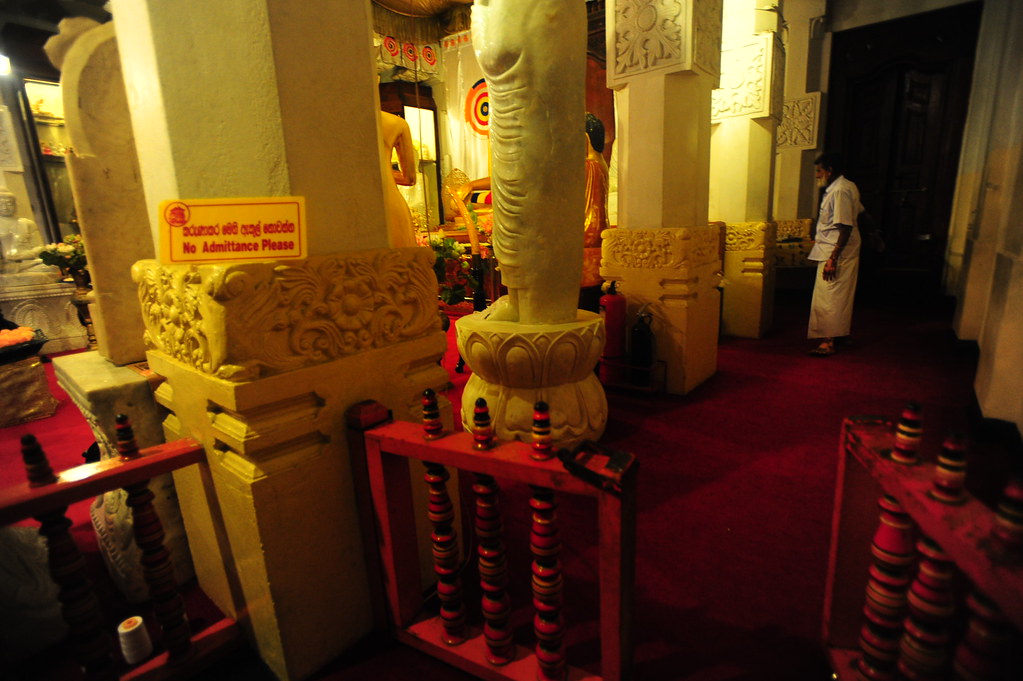 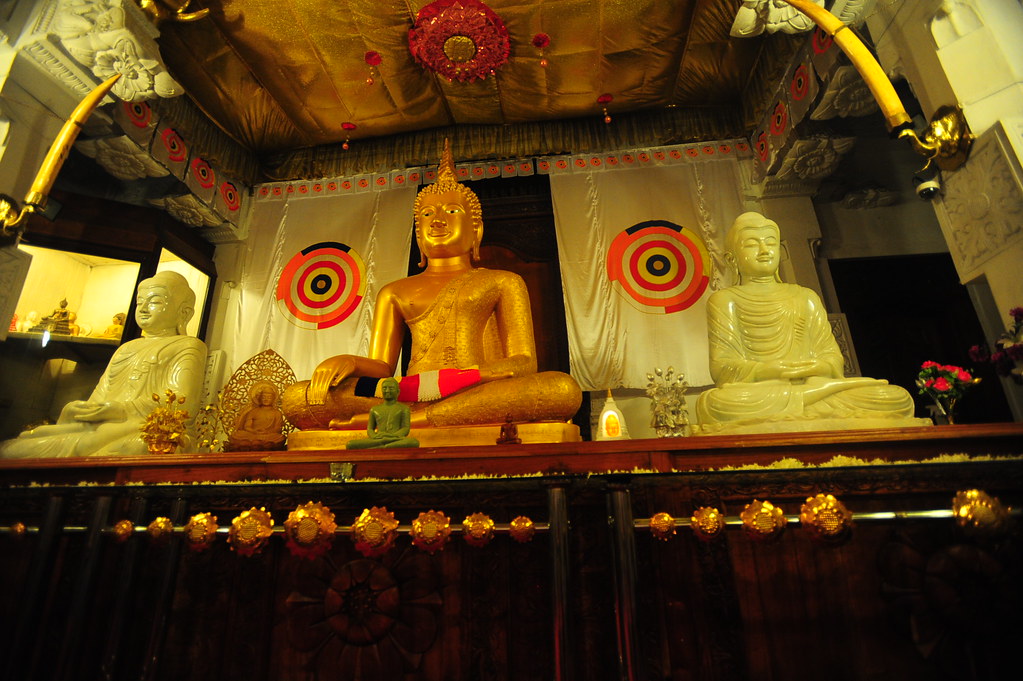 I guess for the first time ever, I didn’t mind being mistaken for a Japanese or Thai tourist.

On a random note, if you scan around the city you can’t help but notice the big giant Buddha on a hill that overlooks Kandy. At night, however, it looks like this omnipresent floating Buddha that’s always watching you. 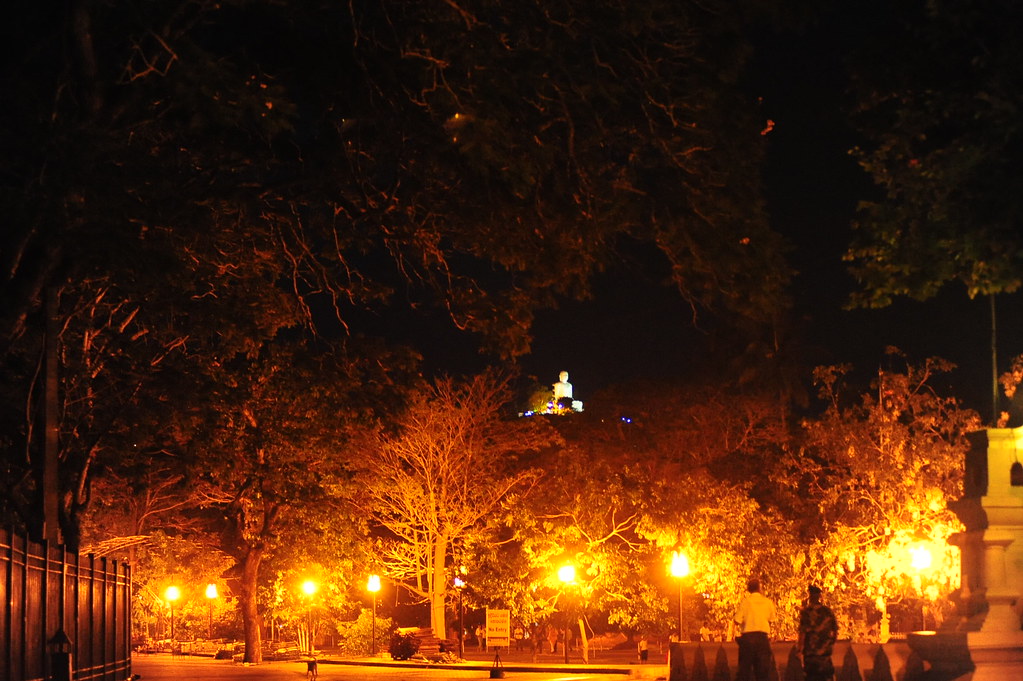 We’re now resting up at Lakshmi Guesthouse on a hill that overlooks the Kandy lake. The weather here is superb: cool breezes, a little bit of humidity, and not too cold.

Tomorrow we’re about to embark on an ambitious agenda seeing 3 ancient Sri Lankan highlights in one day (Dambulla, Sigiriya, and Polonnaruwa) from dawn to dusk, but that’s really nothing we haven’t handled before. 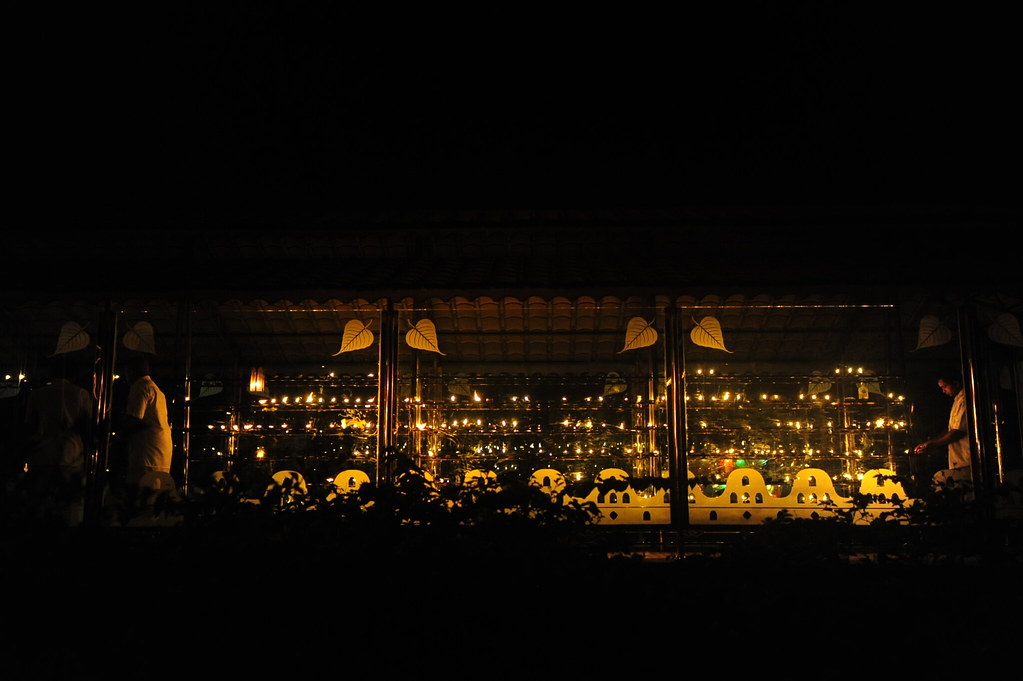