Headed south today to check out the heart of what makes Bangladesh tick: Old Dhaka.

Before I begin, I befriended a fellow Australian traveler named Alex at my hostel. We shared a lot of similarities in our style of traveling save for the fact Alex spends a longer time in each country than I do. Otherwise it’s been fun hanging out with him for the past 2 days as we’ve been exchanging a good number of travel advice and stories. Alex is also the first Y chromosome (i.e. A guy, male, dude, mate, whatever you call it) I’ve traveled solo with on this trip, no kidding. I’ll say it again: my male friends need to step it up!

Anyways, in getting to Old Dhaka from our place in Banani we took an auto-rickshaw (they call them ‘baby taxis’ in Bangladesh, which I find oddly cute). And unlike India’s or Sri Lanka’s autos, these rickshaws are like police cars, armed to the teeth with a lockable metal cage all around. I’m not sure if it’s for protection against wild traffic accidents, thieves, or both. 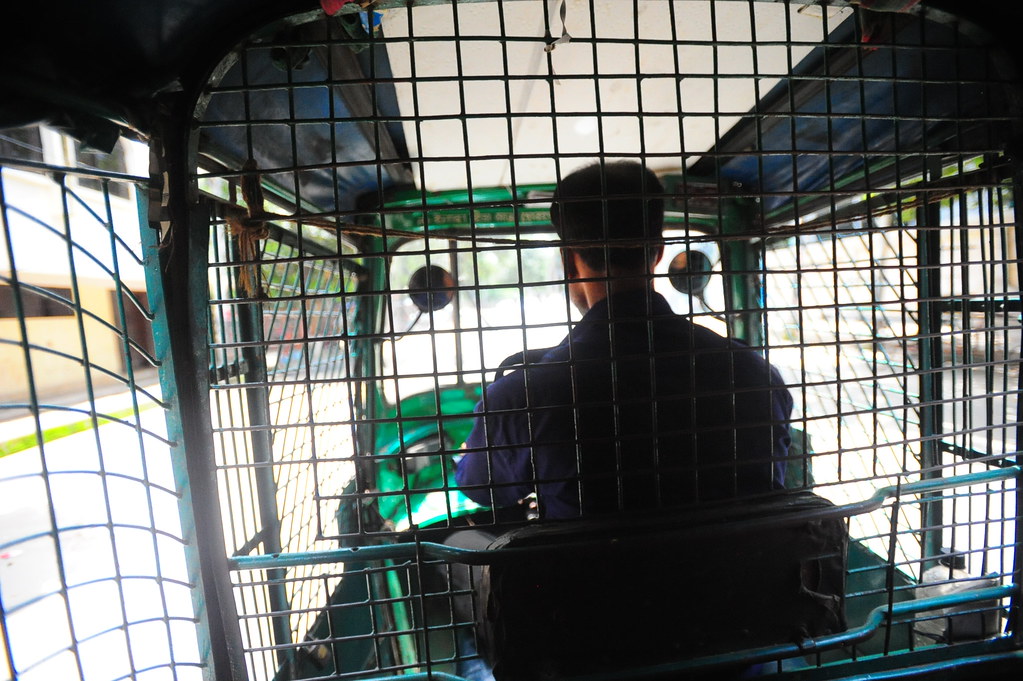 Imagine spending an hour in traffic in one of these things. That's how long it took us to get to Old Dhaka.

Once reaching Old Dhaka we headed to the boat terminal of Sadarghat, where we witnessed the bustling life along the Buriganga River. Its unrestrained, brutally raw atmosphere reminded me a lot of the Ganges River in Varanasi, but without the spirituality. So if you want to know what it looks like to survive on very little means while working brutally hard for mere fractions of a US Dollar, come and see what goes on at the Buriganga River. 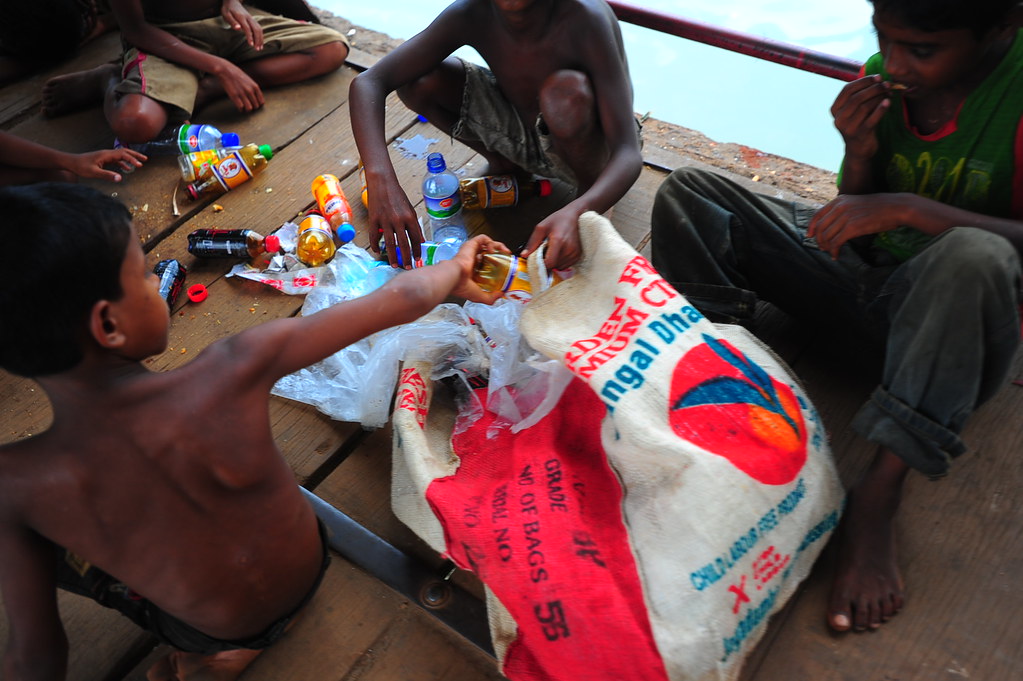 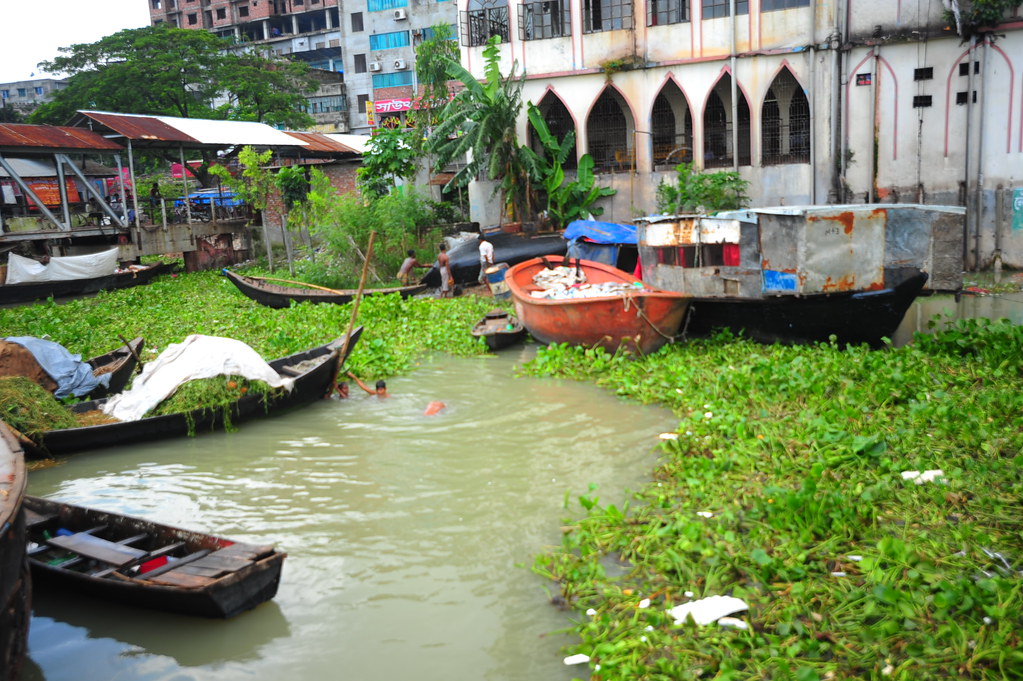 And of course, we couldn’t pass up the opportunity to get in one of these frightfully capsizeable rowboats. They literally play chicken with the multistory steamships, which have no qualms ramming into us like ants. 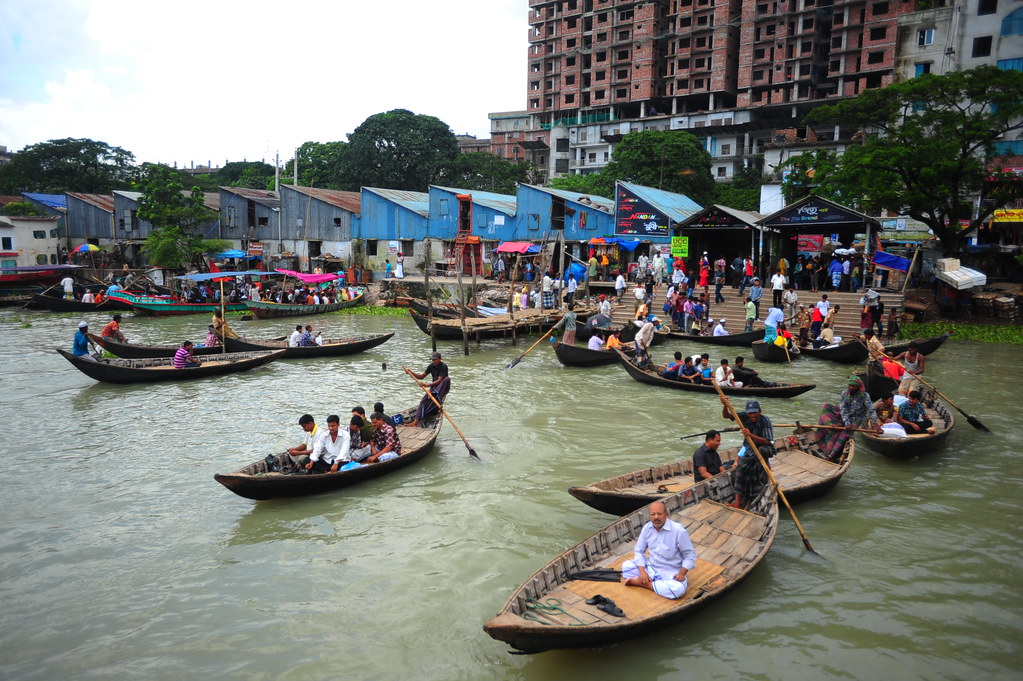 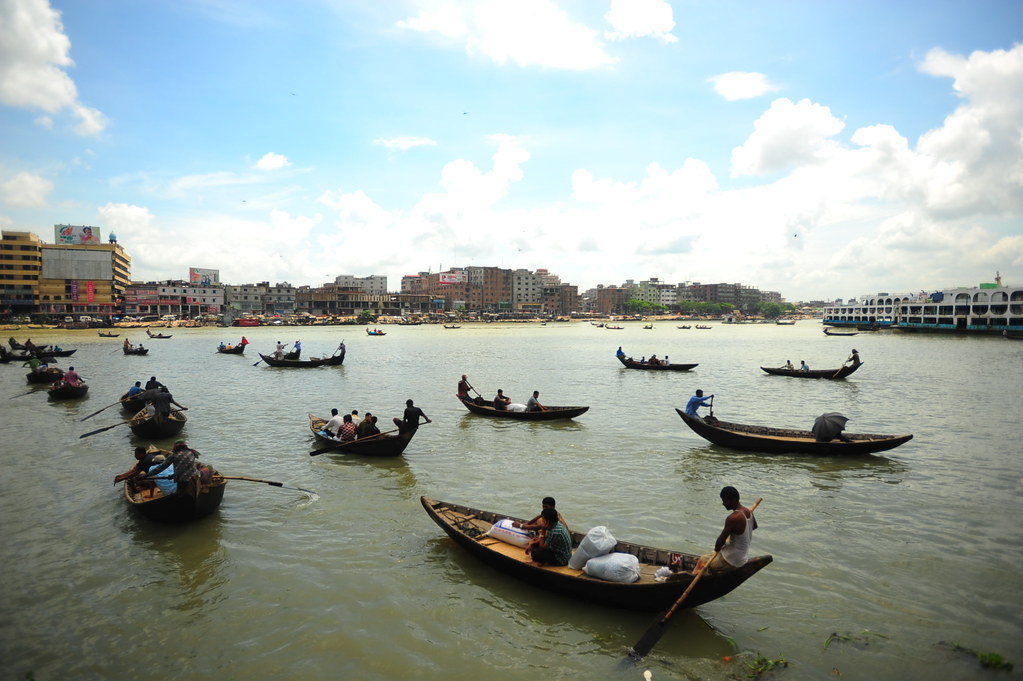 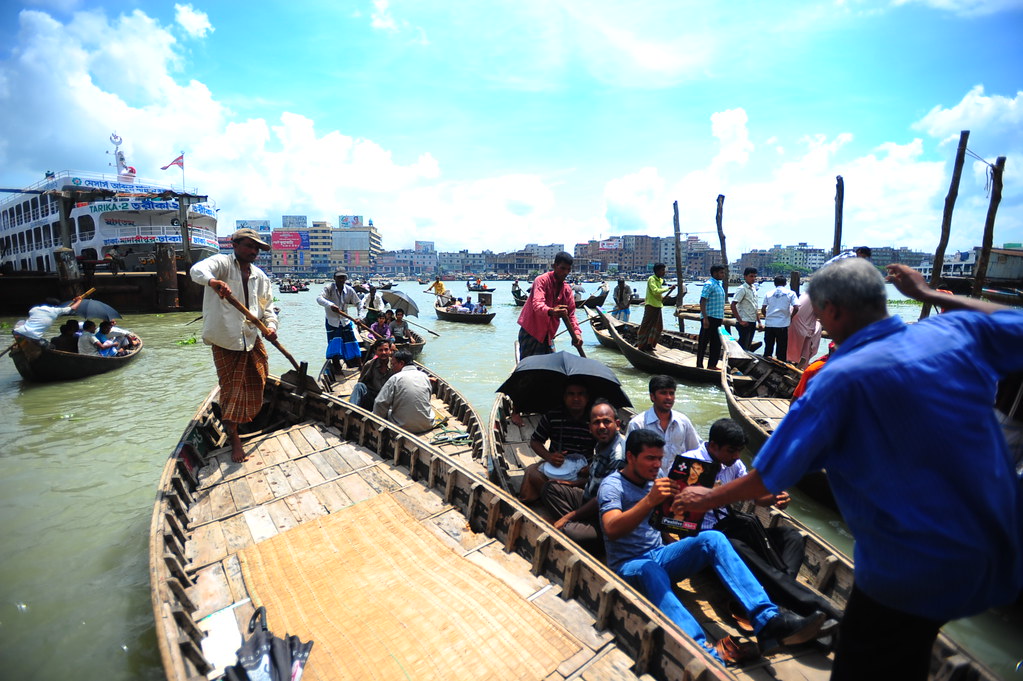 For a mere 10 takas, we rode a boat over to the other side of the Buriganga River, where we disembarked and interacted with the awestruck locals. They acted as if they never seen a foreigner before. It wasn’t like India or Sri Lanka where we were met with glee or excitement; it was simple, bare, unrestrained, utter shock: “What are you doing here and why do you look so different?” 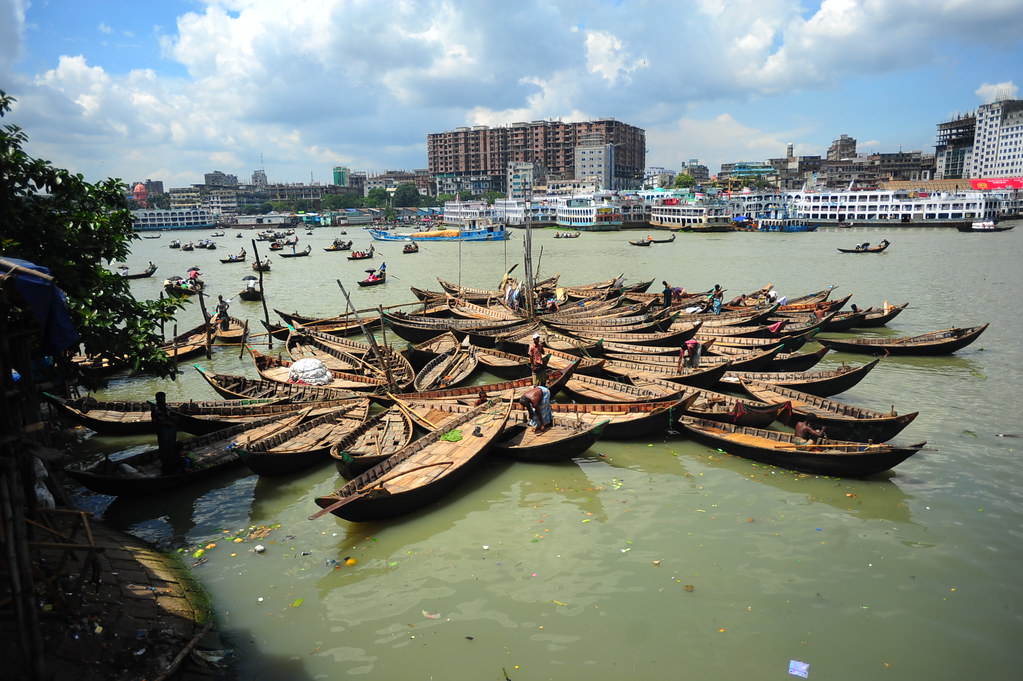 A lotus flower of boats. 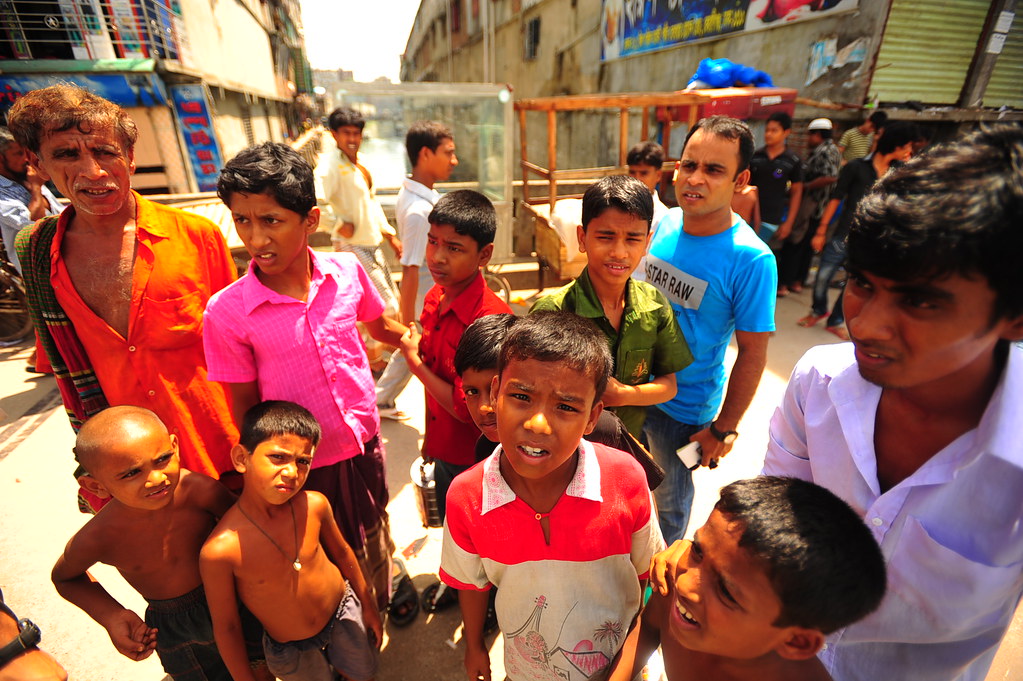 Trying to avoid our unintentional celebrity treatment, we wandered about a bit some more to catch glimpses of dirty streets and a ramshackle old building complex that seemed to be a large shopping mall a long time ago. Now it just looks like a dilapidated concrete husk filled with squatters and what seems to be passing semblances of struggling local businesses. 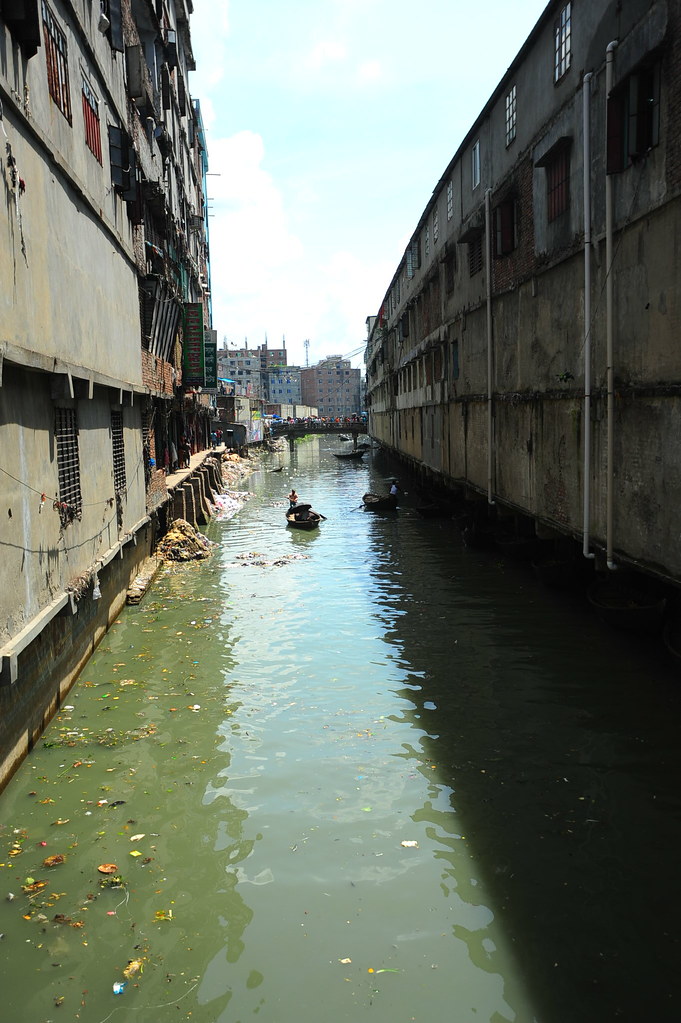 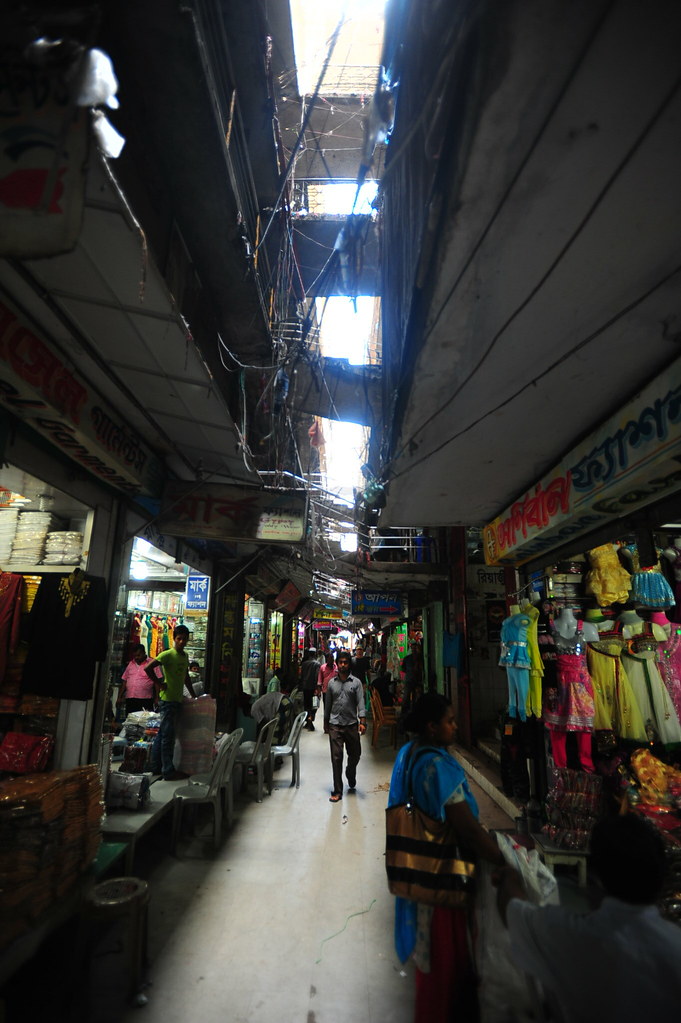 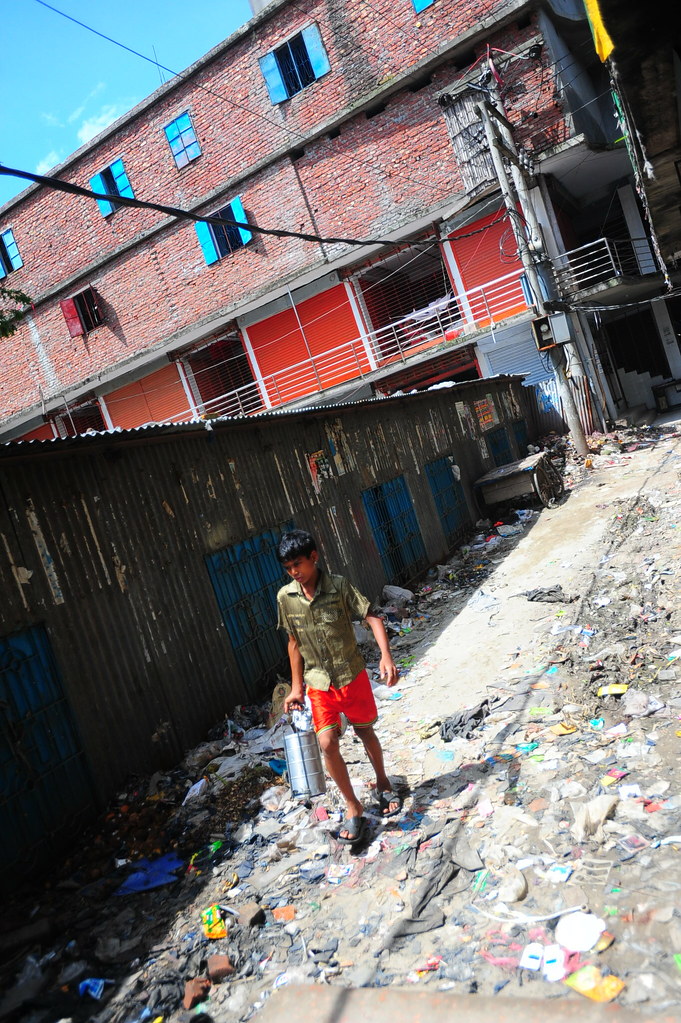 Then we took a boat back to Old Dhaka. 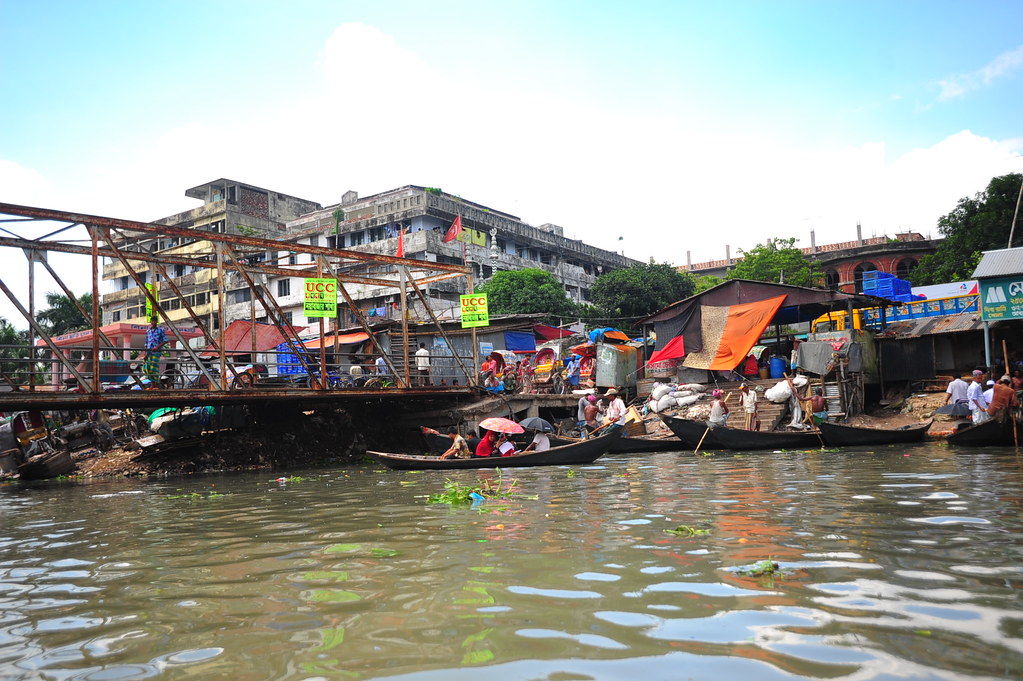 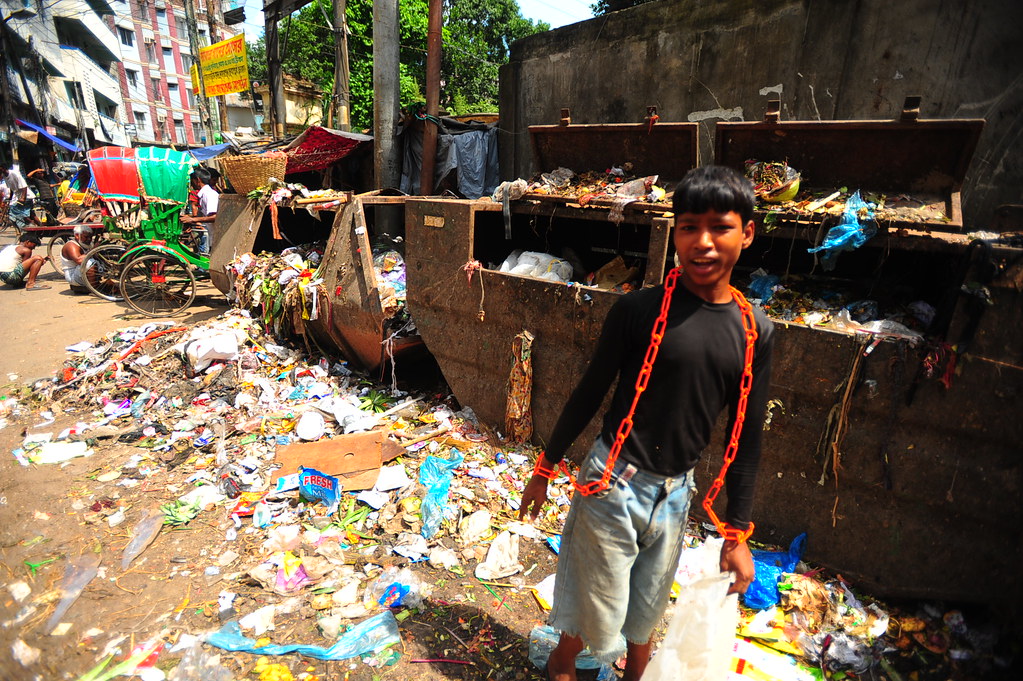 We then asked around for Hindu Street, which according to many people is Dhaka’s most photogenic stretch of humanity. We found it pretty quickly, although with the help of a very friendly local.

Imagine it to be like the streets of Thamel in Kathmandu, but a tad wider. 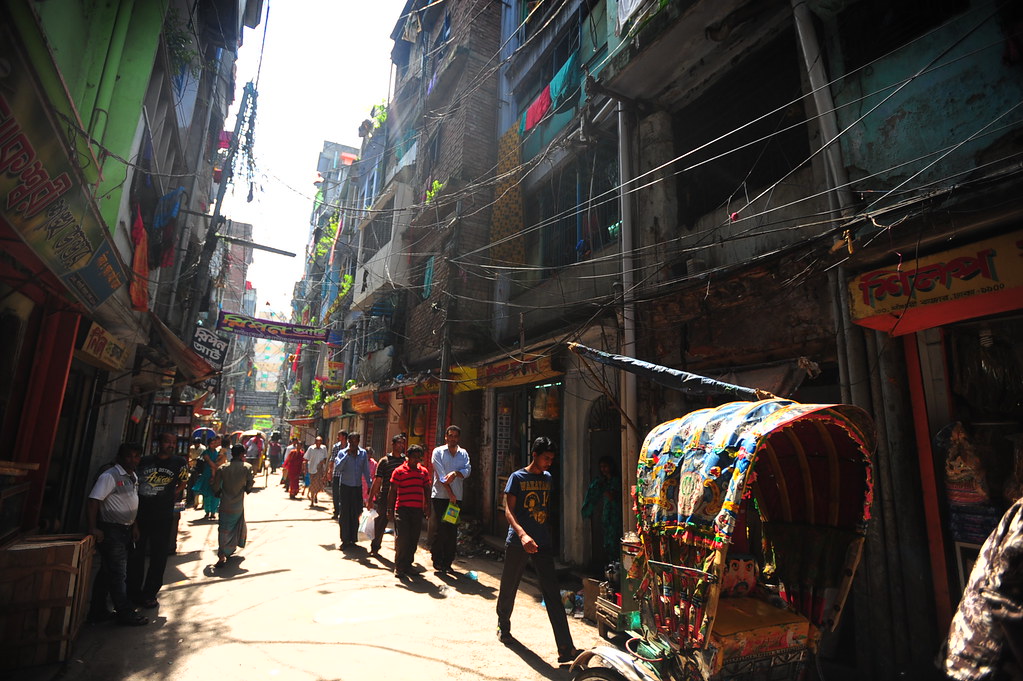 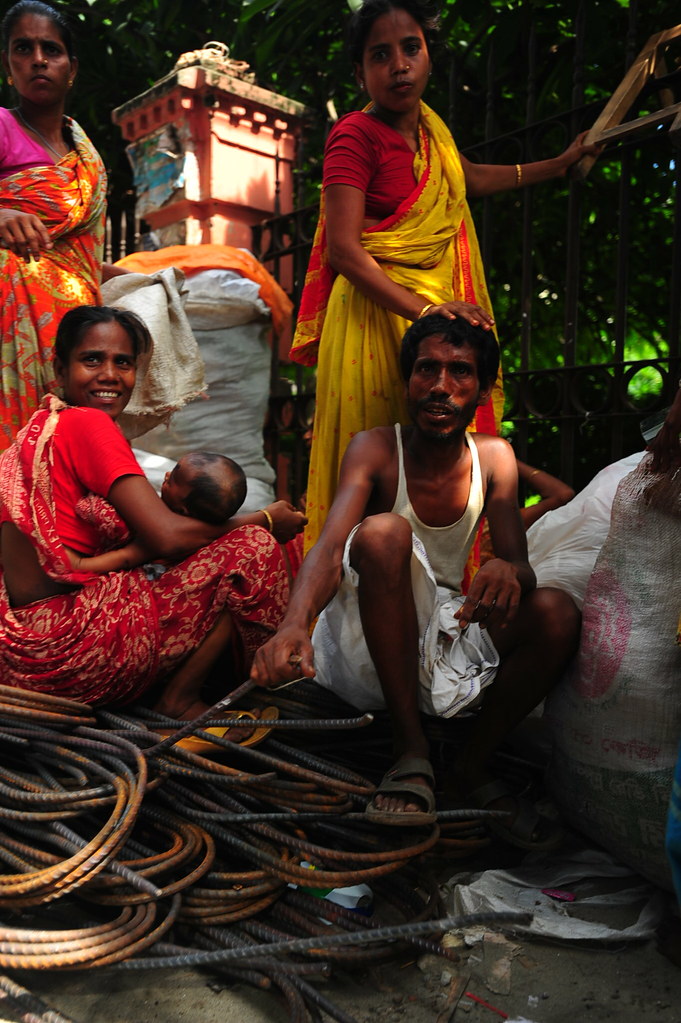 We also visited nearby Ahsan Manjil, (the Pink Palace), which has a museum I didn’t find very interesting…most likely because the power went down when we entered, so we did the whole thing in the dark. Oh well, whatcha gonna do? 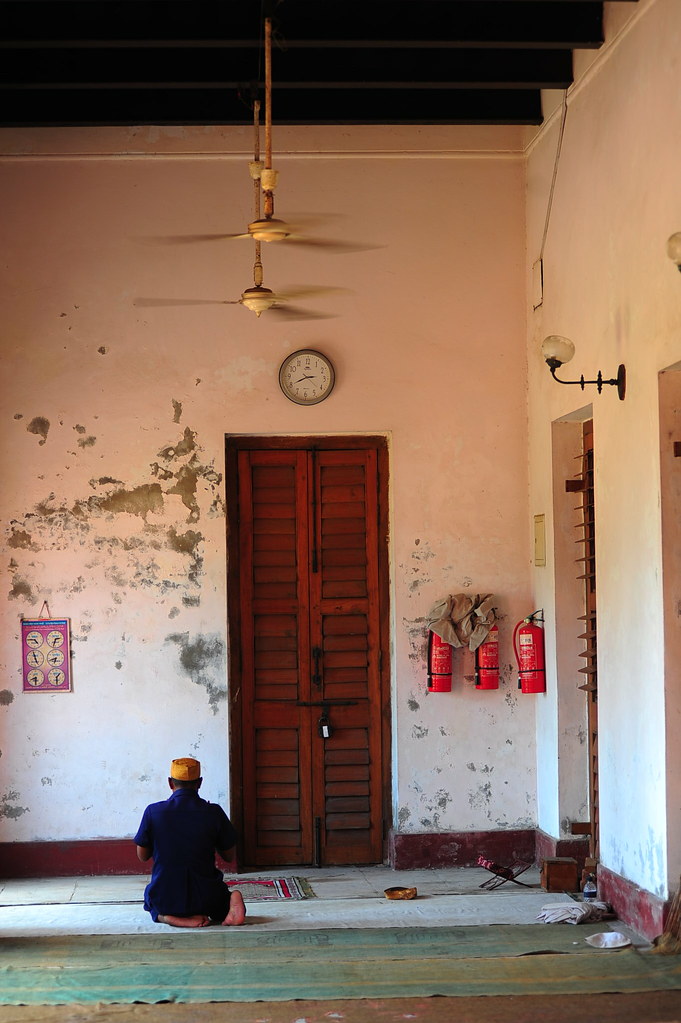 Prayer at the Pink Palace.

And we did more walking. 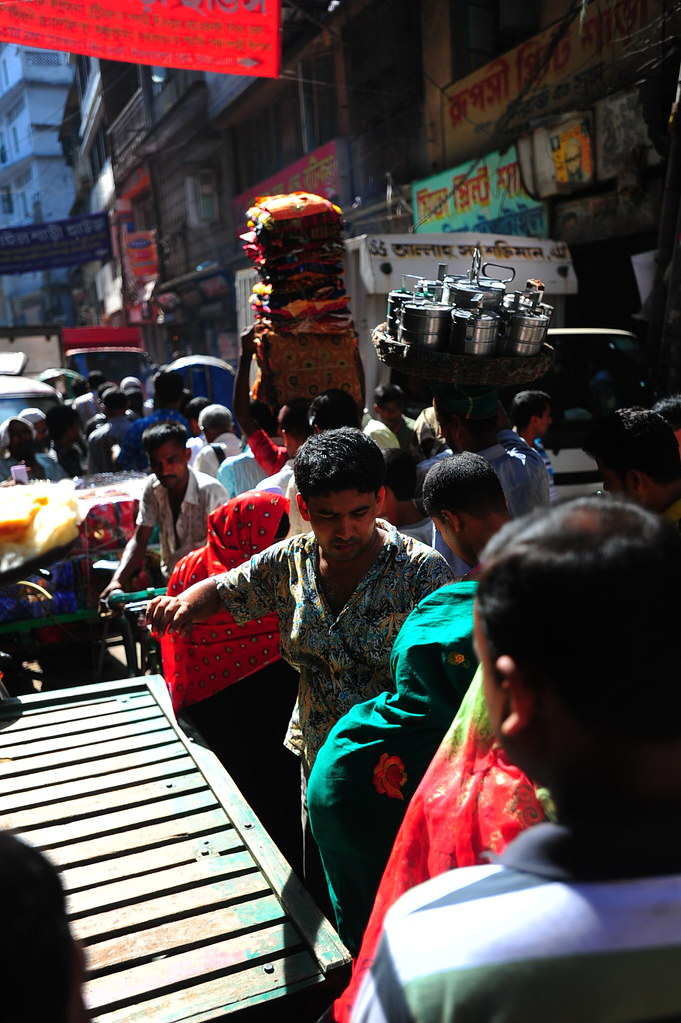 It was at this point, during the human traffic jam (the kind where not even us human beings can move around each other), Alex and I lost each other.

That’s just to give you an idea how much an assault on the senses Old Dhaka is. If you’ve been to Nepal or India before (particularly Kathmandu, Delhi or Kolkata), then Dhaka is either the same or a level higher in terms of frenetic street life. If Dhaka is to be your first taste of South Asia…good luck with handling the majorly steep learning curve.

So I kept walking. 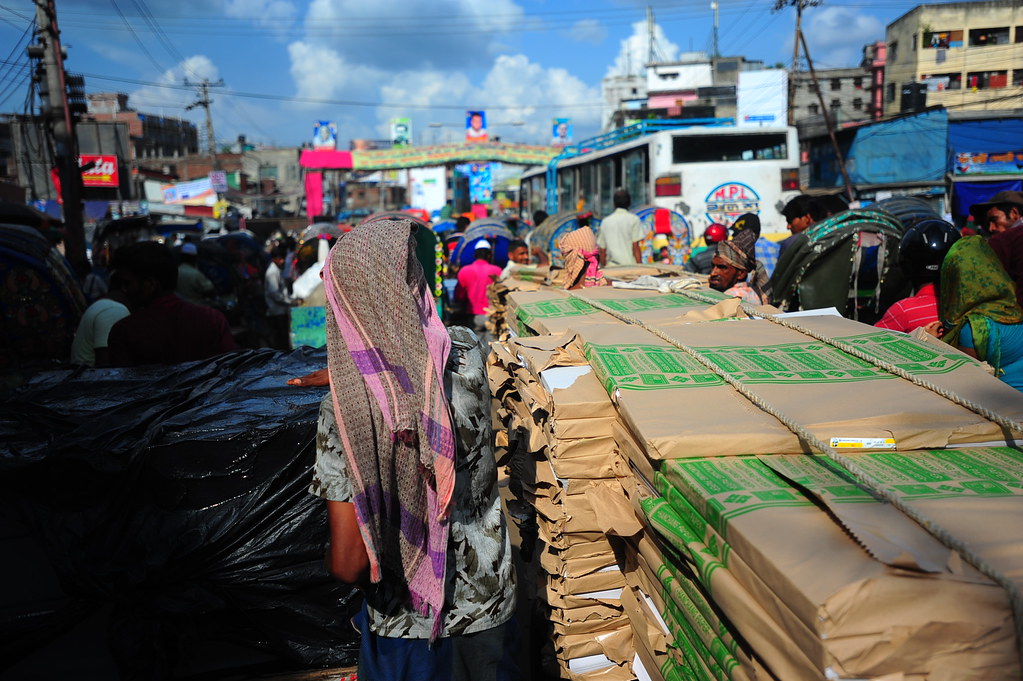 By the way, if you ever wanted to know what happens when a bus takes on a rickshaw, here you go: 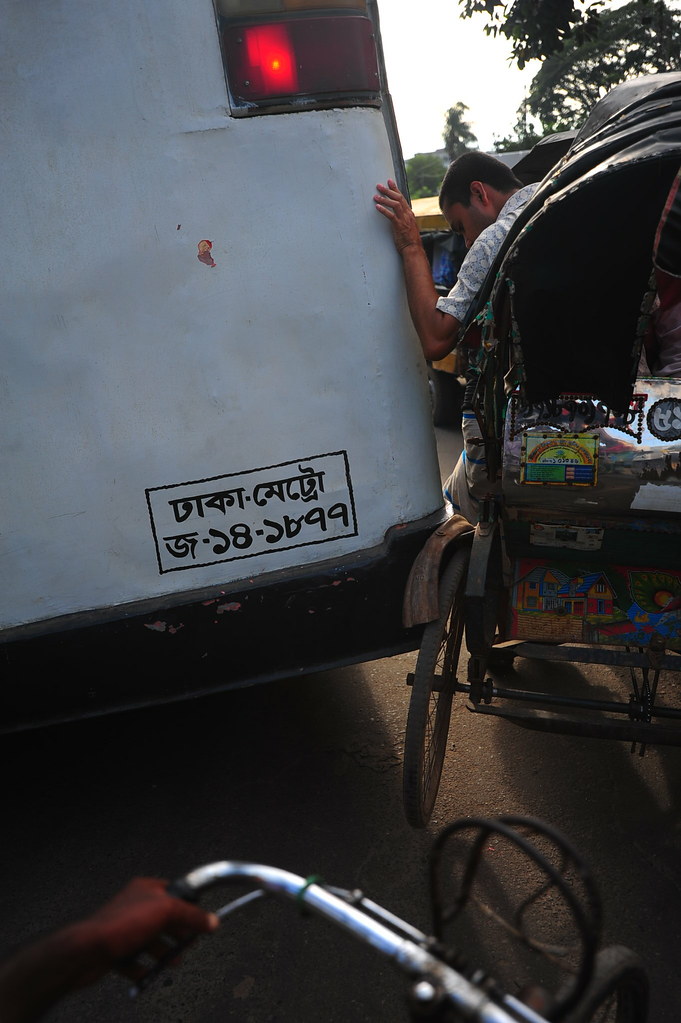 Death of a rickshaw. 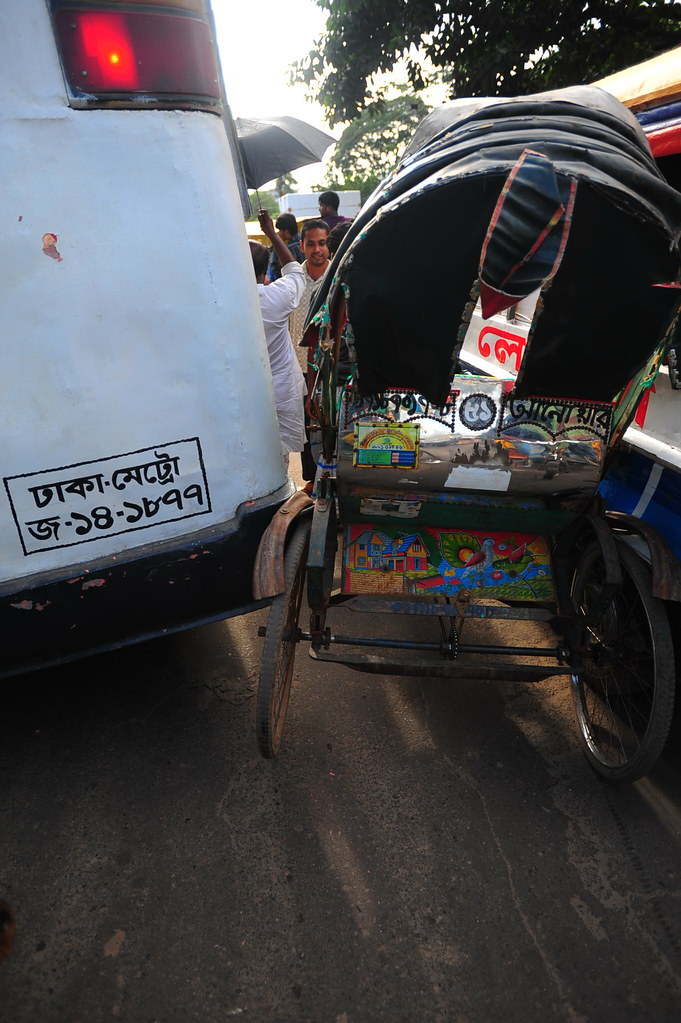 During the slow crushing of his vehicle, the rickshaw driver ran off and left his passengers behind without looking back. 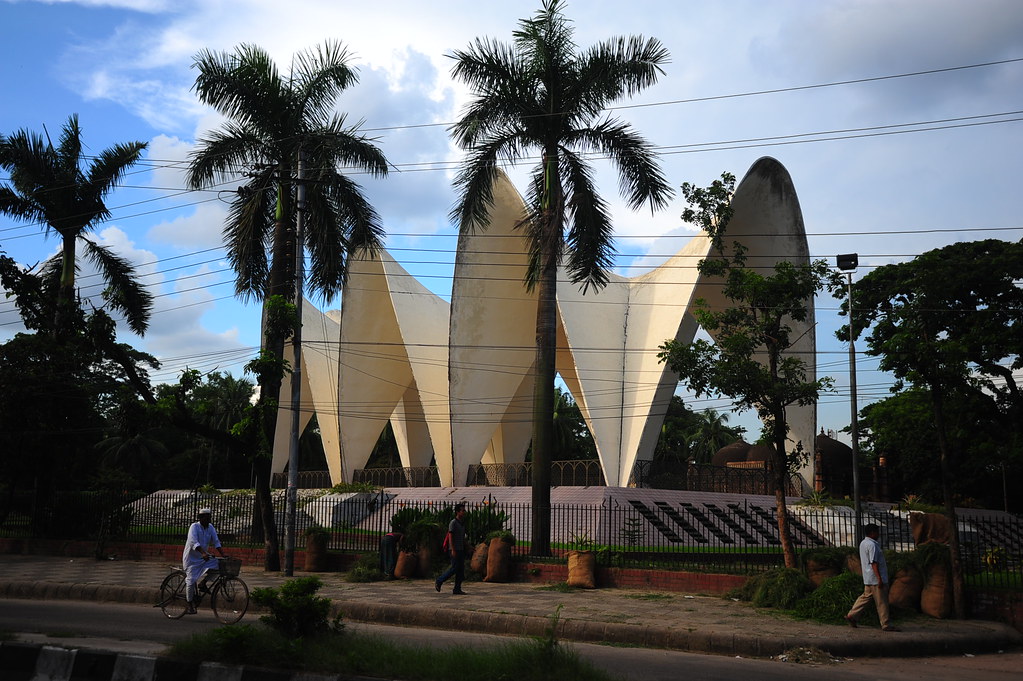 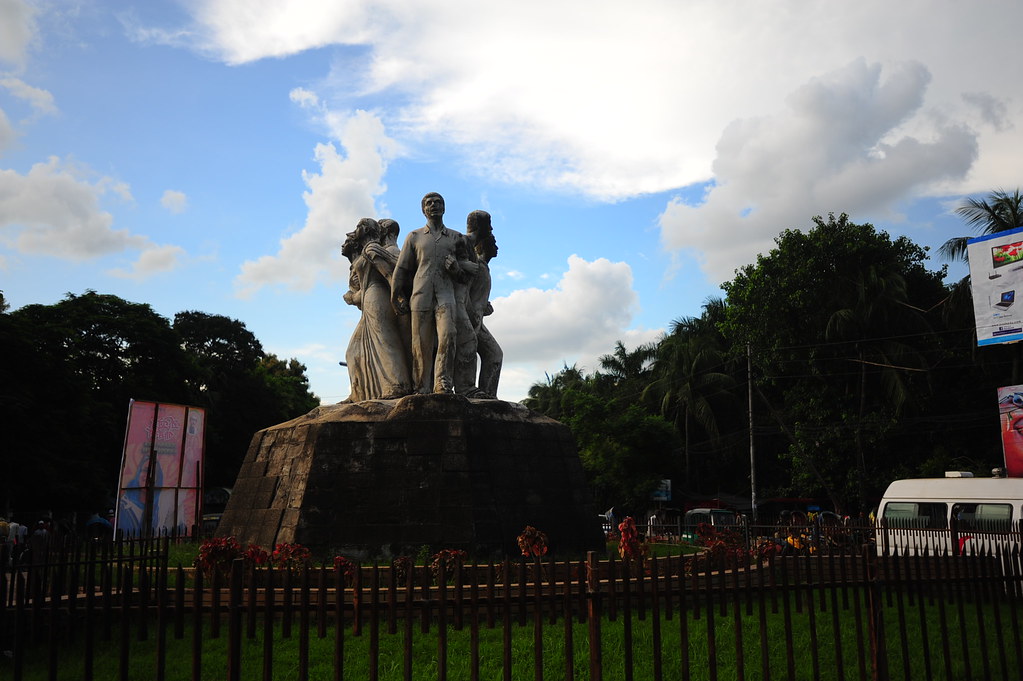 After walking for 30 minutes and taking a 10 minute rickshaw ride around town, I got off at Lal Bagh Fort: a relative oasis of calm from the rest of Old Dhaka. 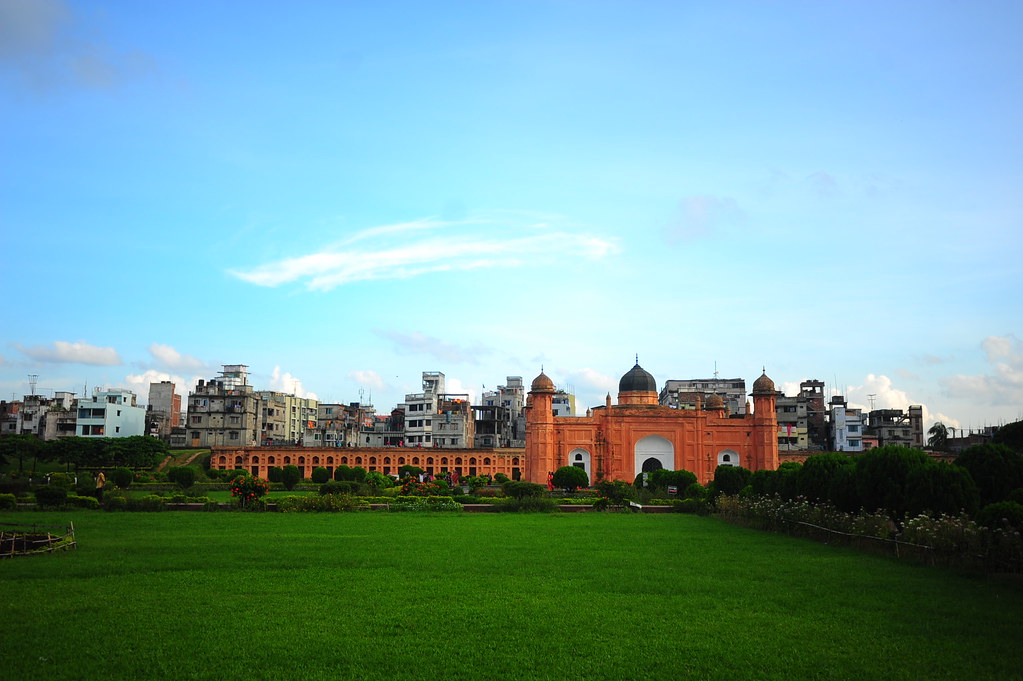 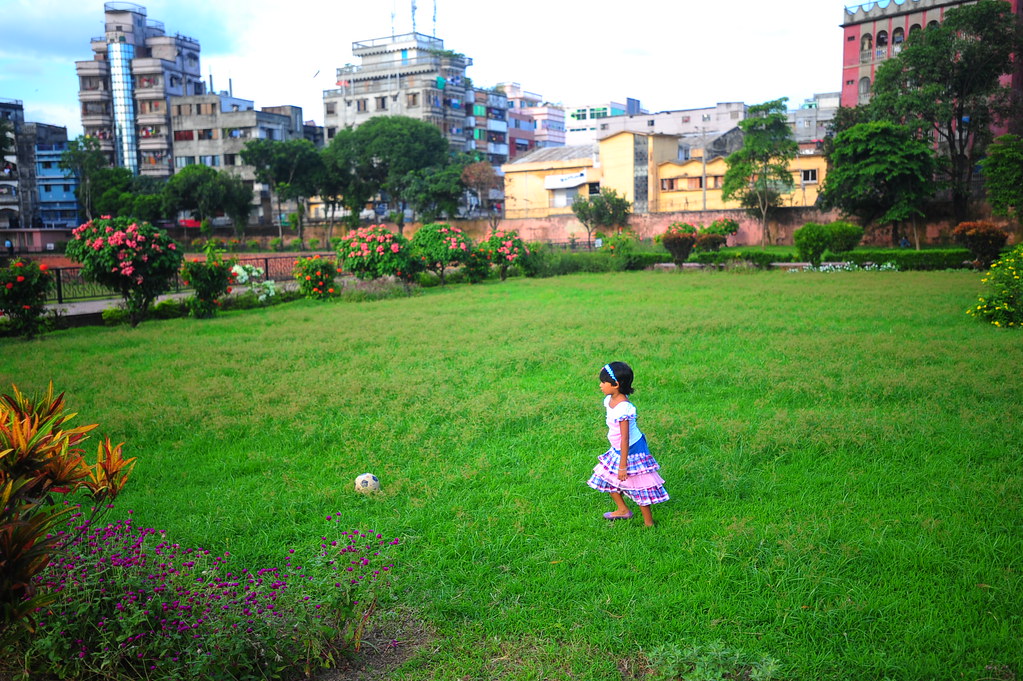 And then as fate would have it, Alex and I ran into each other. We both had figured Lal Bagh Fort would be a proper spot to run into any foreign tourist in Bangladesh, especially when it seems like we’ve been the only ones (quite simply, in the last 2 days we haven’t seen another tourist in Dhaka; it’s just been us).

So once reunited, we explored the fort a bit more, walked around nearby Dhaka University, had a quick dinner, and then called it a day. 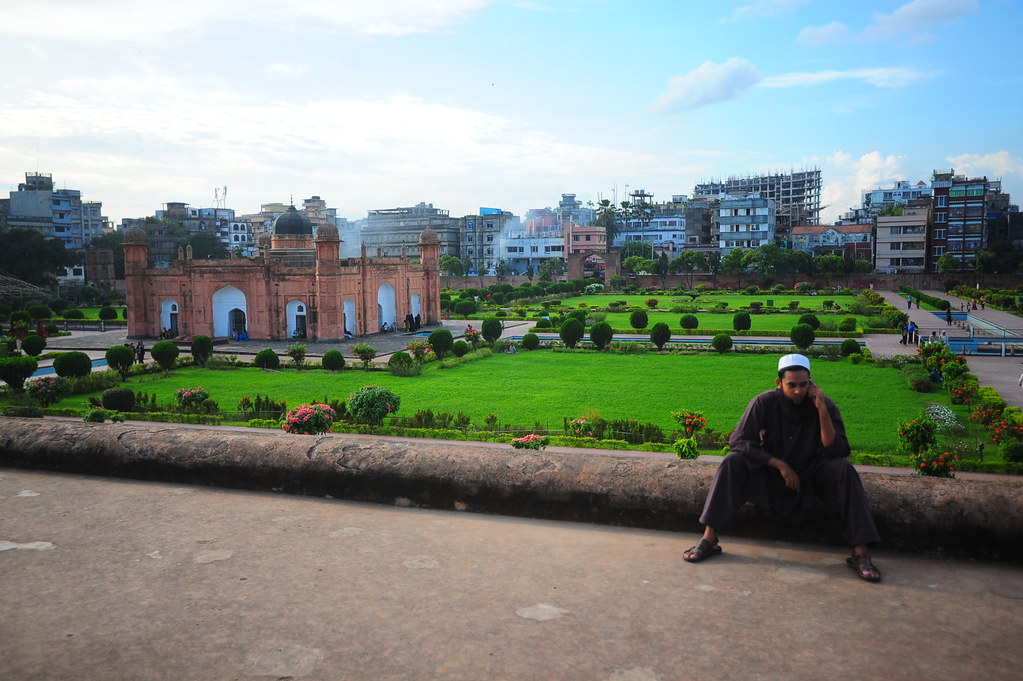 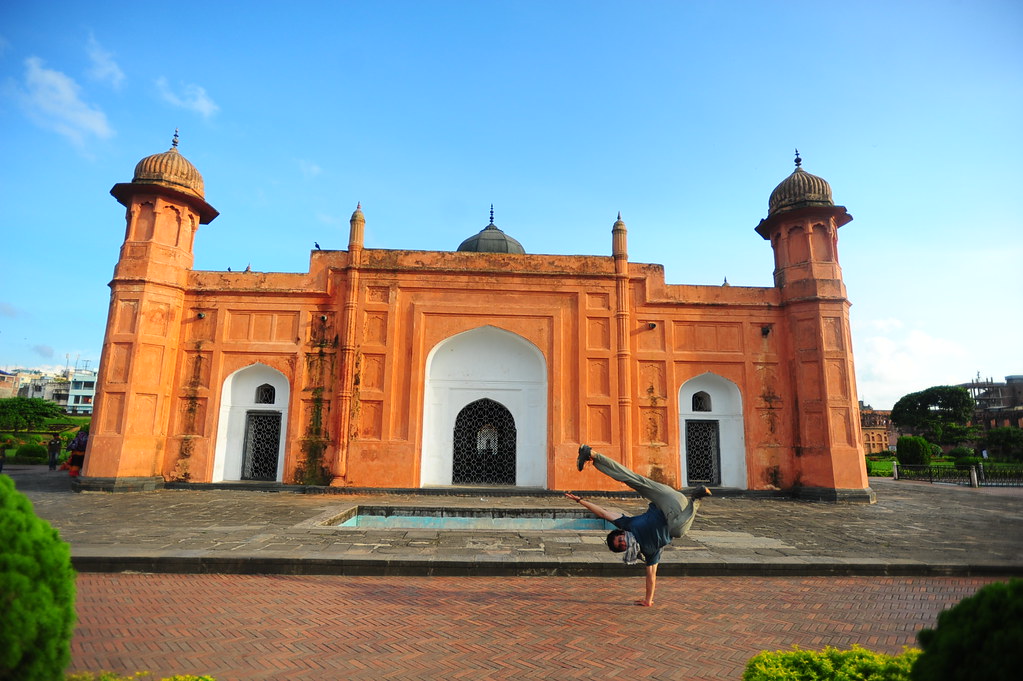 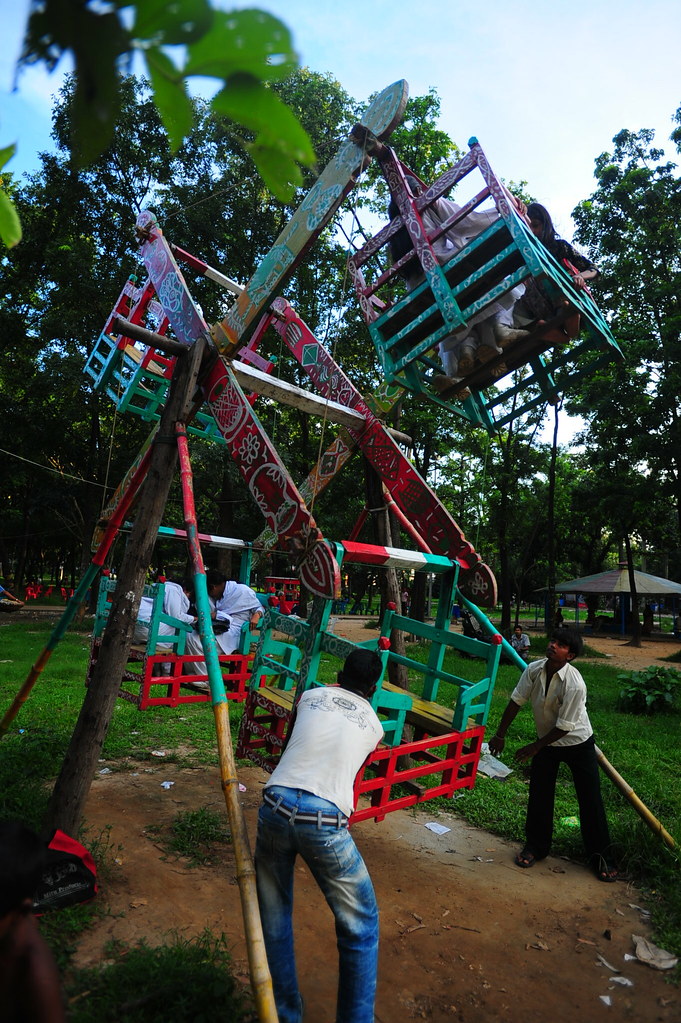 We found this human-powered "thrill ride," in the park next to Dhaka University. 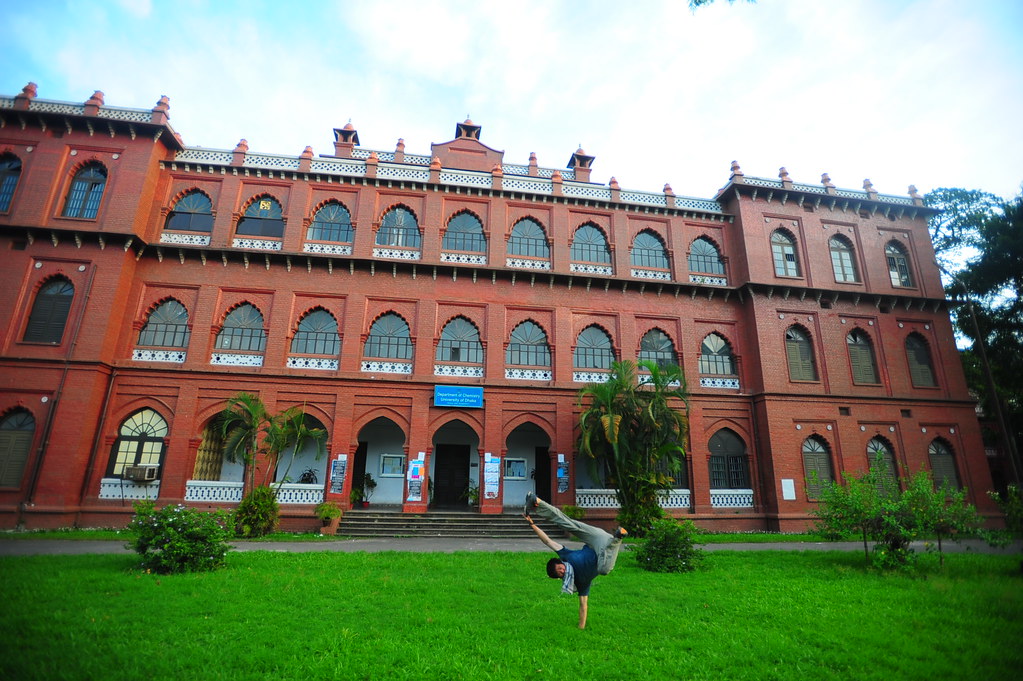 The University of Dhaka just got served.

It’s worth mentioning that the autorickshaw ride back to our hostel in Banani took about a good 90 minutes, 45 of it was being stuck in traffic. You have been warned.

And on an unrelated note, during one of my many meditations while walking around Old Dhaka and waiting in traffic, I developed an algorithm on Bangladesh for those curious tourists/travelers who have only India to compare it to: