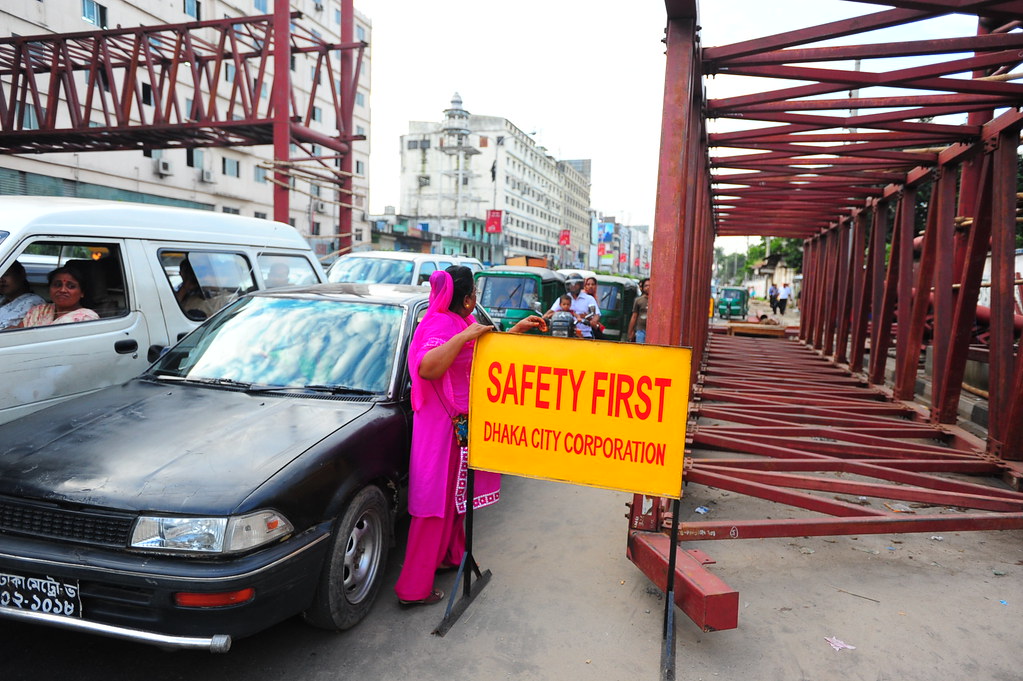 The standard reply when you tell someone you’re traveling to India:

The standard reply when you tell someone you’re traveling to Bangladesh:

To be honest, I didn’t quite know what exactly brought me here. I didn’t get a guidebook beforehand and this was never on the original itinerary; I did post on Facebook a few days earlier in which Bangladesh eked out a slightly winning margin over staying longer in Sri Lanka. Maybe that’s it.

But don’t get me wrong, I always have wanted to come to Bangladesh, but there’s a widespread agreement among my friends (even the Bengali ones) that there’s really nothing to do or see in Dhaka; it’s just “a place to be” (but isn’t that the real point to traveling?). 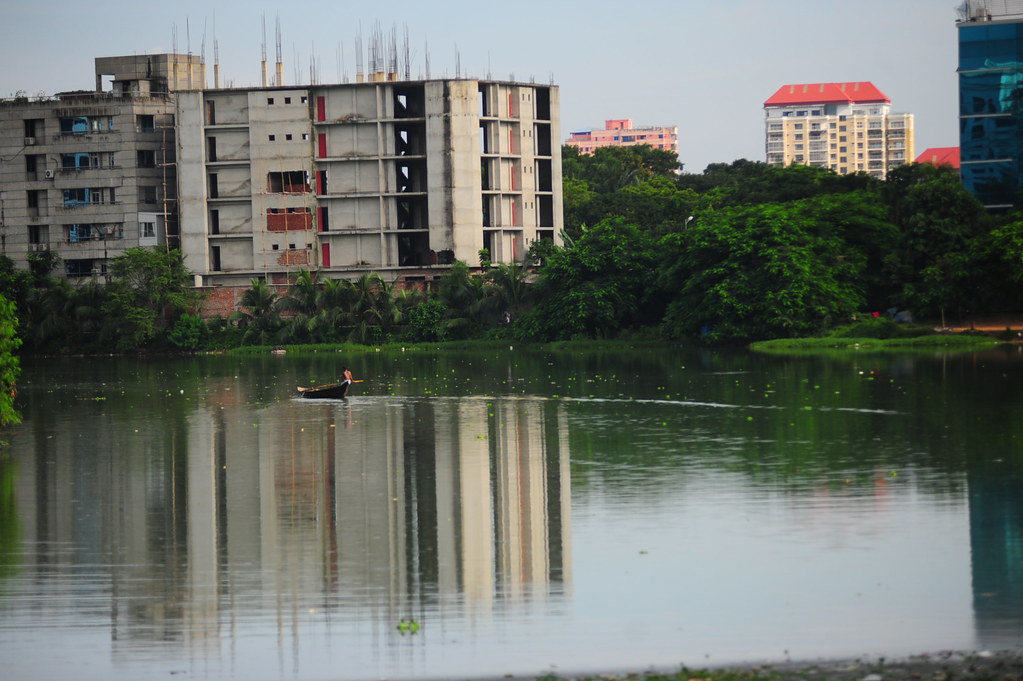 The other tough thing to swallow is that it costs a lot of money to get to Bangladesh. Due to economic sanctions imposed by the U.S. government, the Bangladeshi 7-day tourist entry visa for Americans costs a whopping $150 USD (it’s free in Sri Lanka, UAE, and Lebanon, and around $25 for Nepal, Jordan and Turkey). Furthermore, there are no cheap flights that fly in or out of Dhaka. Therefore, it took a lot of willpower in taking the plunge. But knowing myself, I had figured I would most likely be happier coming here instead of admitting that I skipped out on the opportunity. 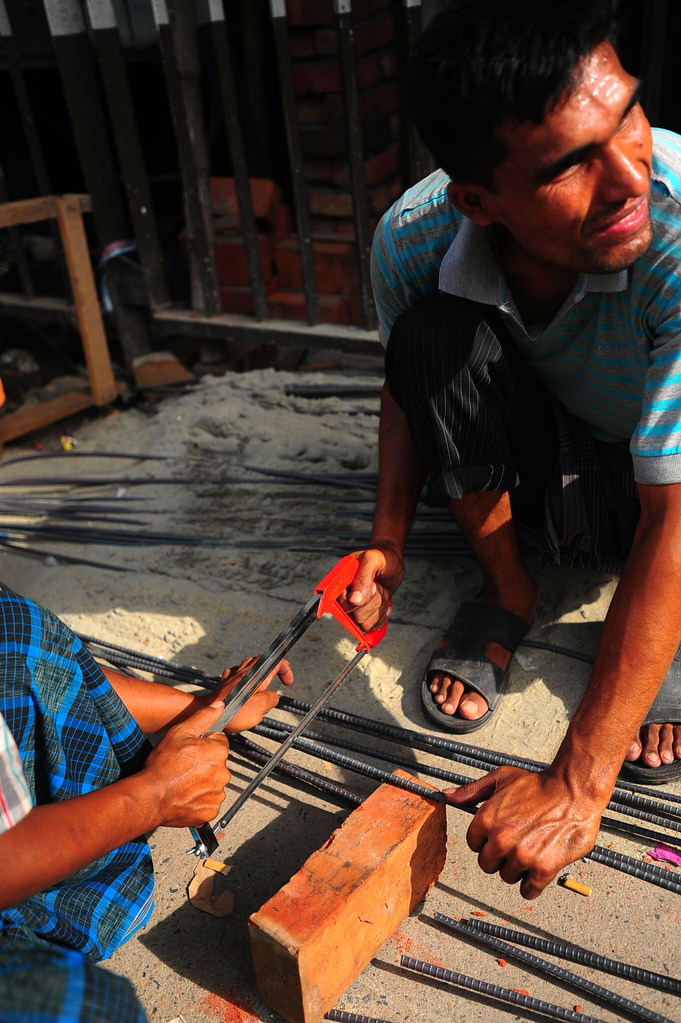 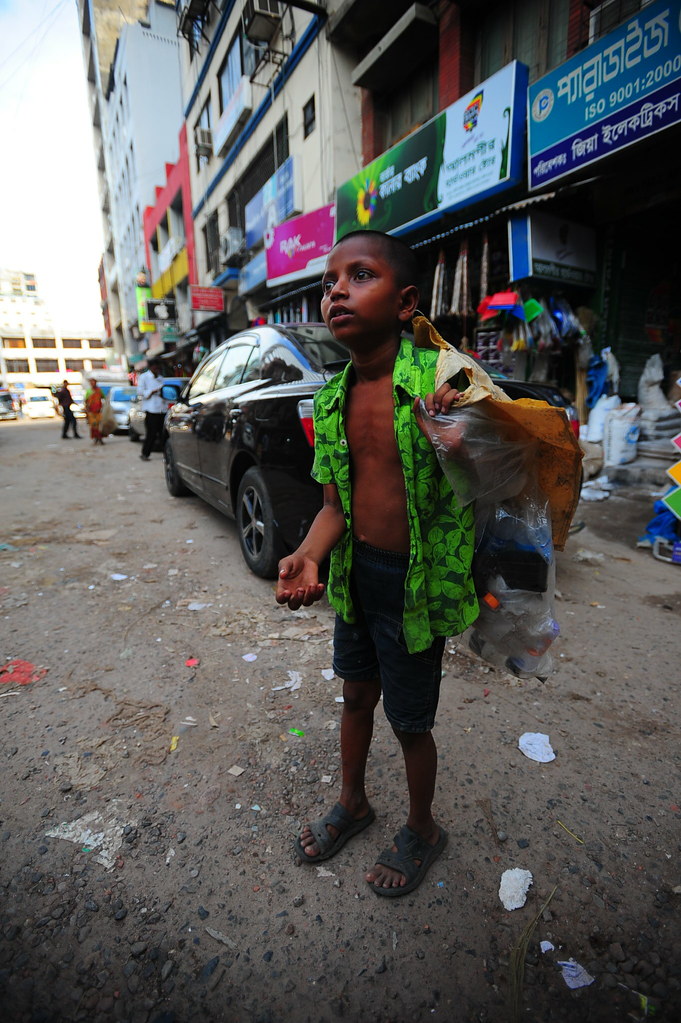 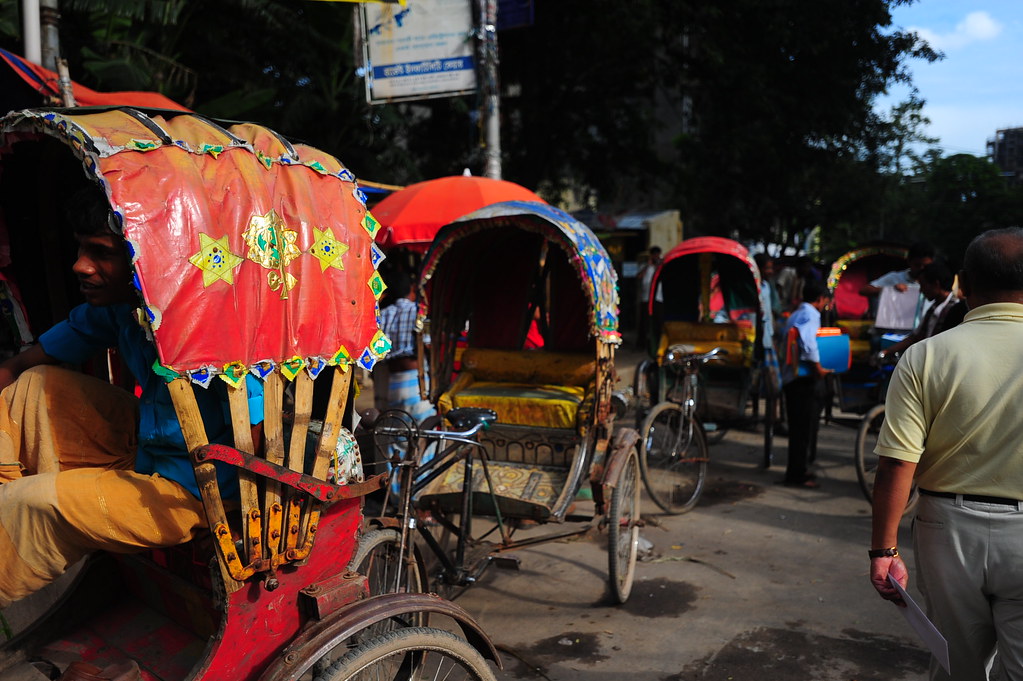 However, my first few hours in Dhaka was frightfully identical to my first few hours in Jakarta: Gridlocked traffic. The kind of traffic where a supposedly 15-minute drive turns into pulling out your netbook and writing a blog entry about how this 15 minute drive isn’t going to be a 15 minute drive. I was stuck for about an hour in bumper to bumper carmageddon and I had been struck with fear that most of my time in Dhaka would be in a parked car. 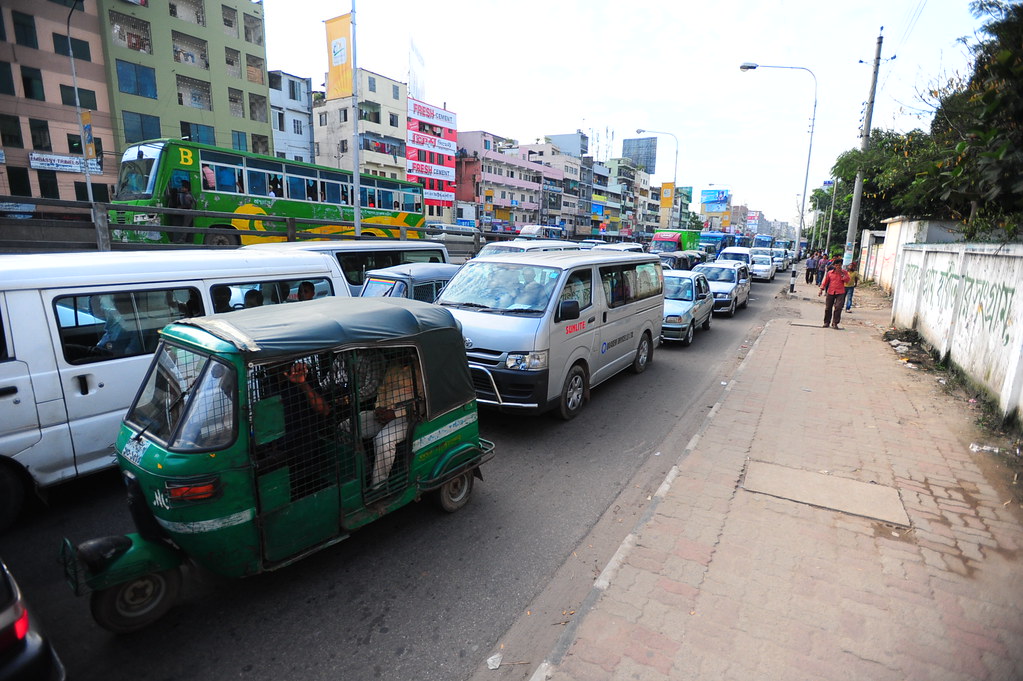 I eventually arrived at Sabrina’s Home, which has been the #1 reviewed hostel on both tripadvisor and hostelworld (which I’ve never seen before in my travels). It’s immensely popular among backpackers all over the globe and it’s run by a very friendly Chinese couple…which brings me to the best part: I finally get to practice my Mandarin Chinese, which has patiently remained dormant underneath all my failed attempts in learning and speaking Arabic, Hindi, Urdu and Tamil the last 5 weeks.

After settling in, me and 2 other travelers I met at Sabrina’s did a little circuit around Dhaka. Even though today was pretty casual, the great thing about Dhaka is that it’s very photogenic. And if I could make put this comparison bluntly: Dhaka feels like an honest version of Delhi. Or rather, Kolkata at its most raw.

But like anywhere else in the world, and in particularly most similar to neighboring Kolkata, it has its share of widespread street poverty. 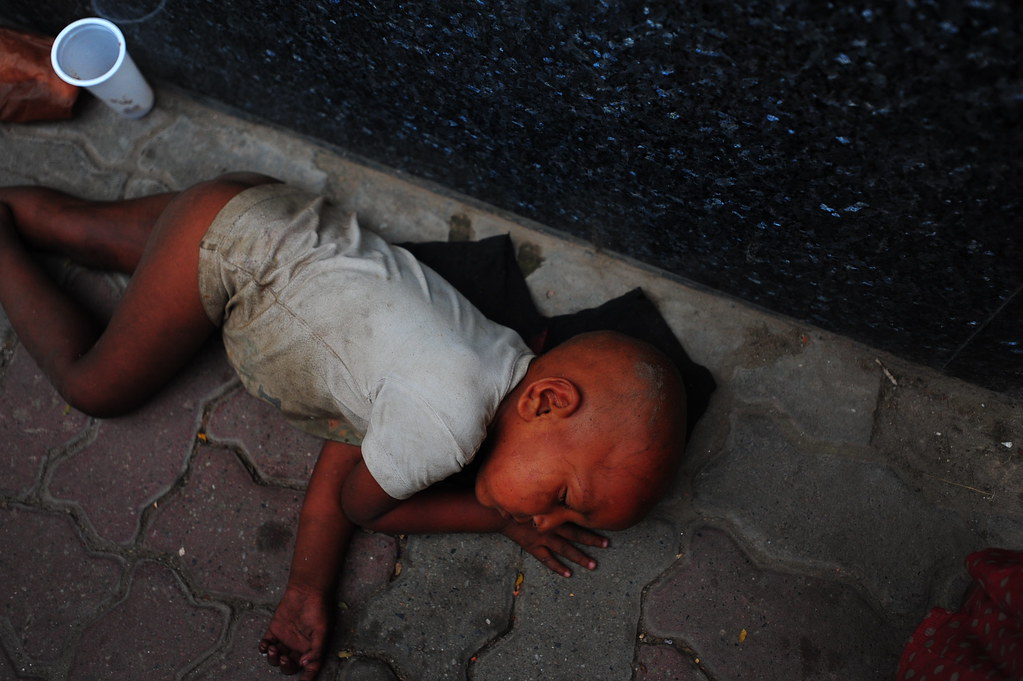 During our little walk, we whimsically decided to explore this random amusement park along Gulshan Rd. Suffice to say, for 100 takas (around $1.50 USD), we gained admission instead to a post-apocalyptic version of an amusement park…I don’t even know why they bothered to leave it open with all the rampant dilapidation going on. 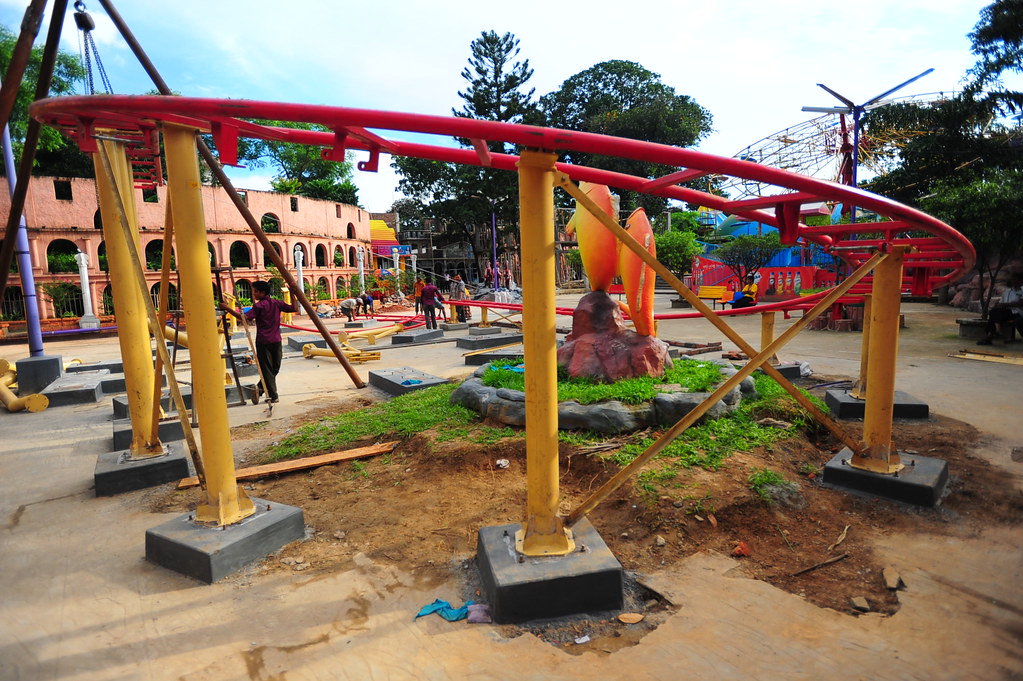 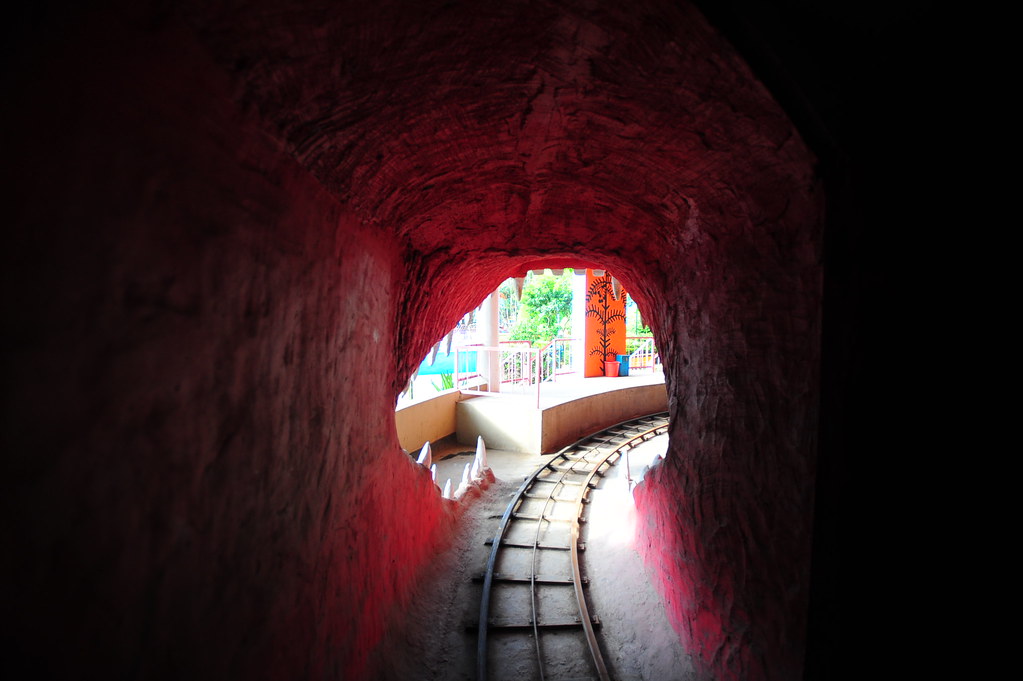 I'm not in a working train car or anything, I literally walked into their "tunnel of love" along their train tracks and nobody stopped me. Na na na! 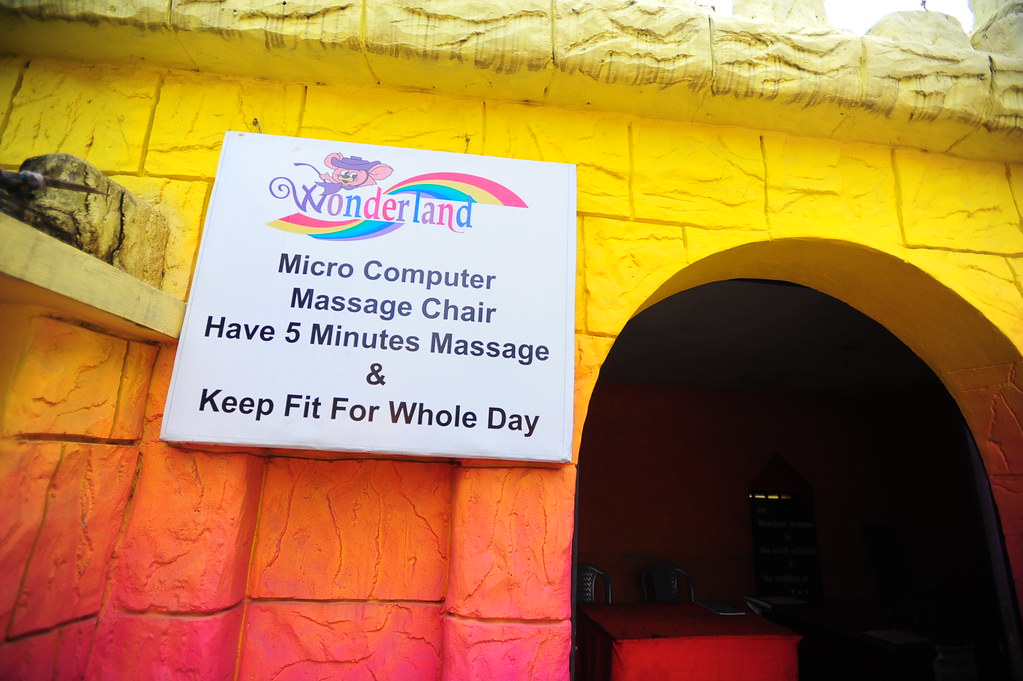 Afterwards, we walked towards Banani Lake and asked for a nice little boat ride. They were a bit taken aback when we asked, since it’s not something foreigners really do on Banani Lake. 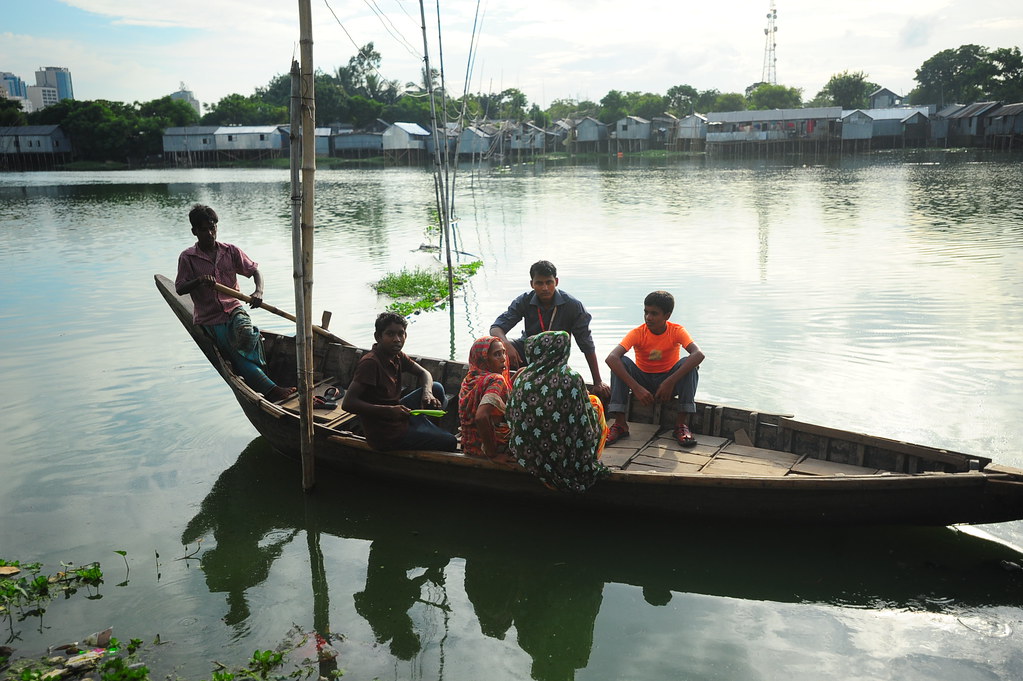 Uhmm, what are you doing here? 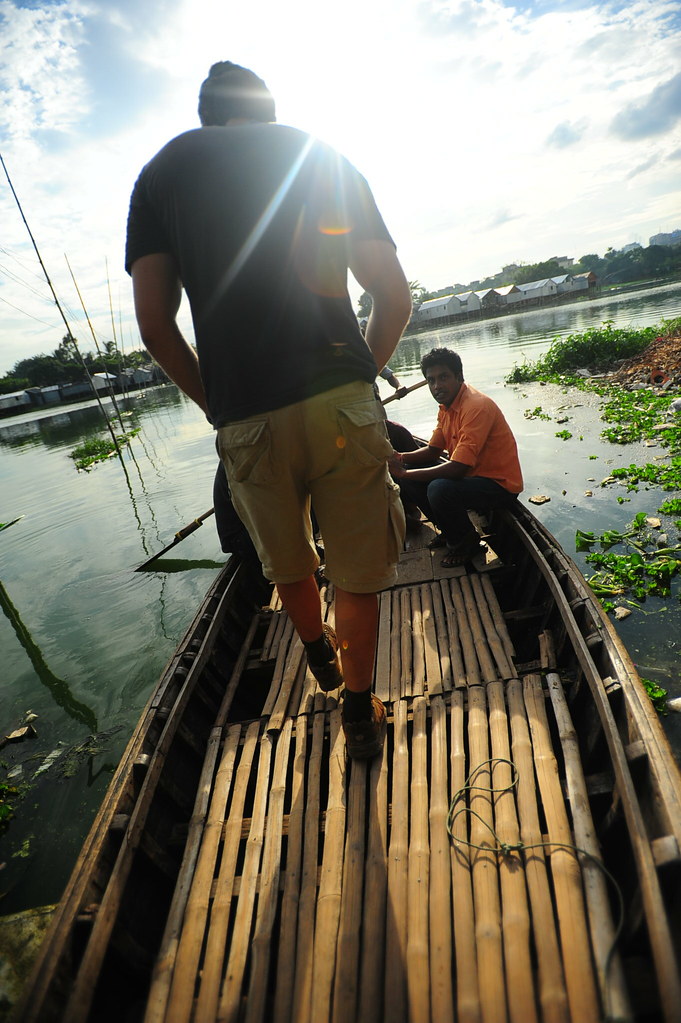 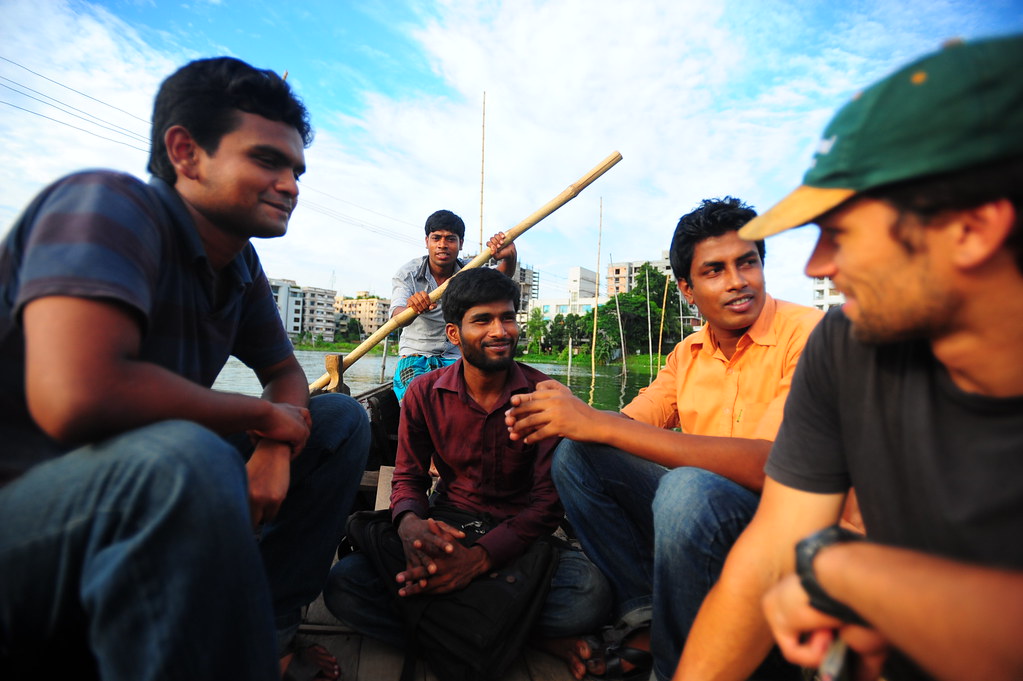 We chat about what unifies all cultures in South Asia: cricket. 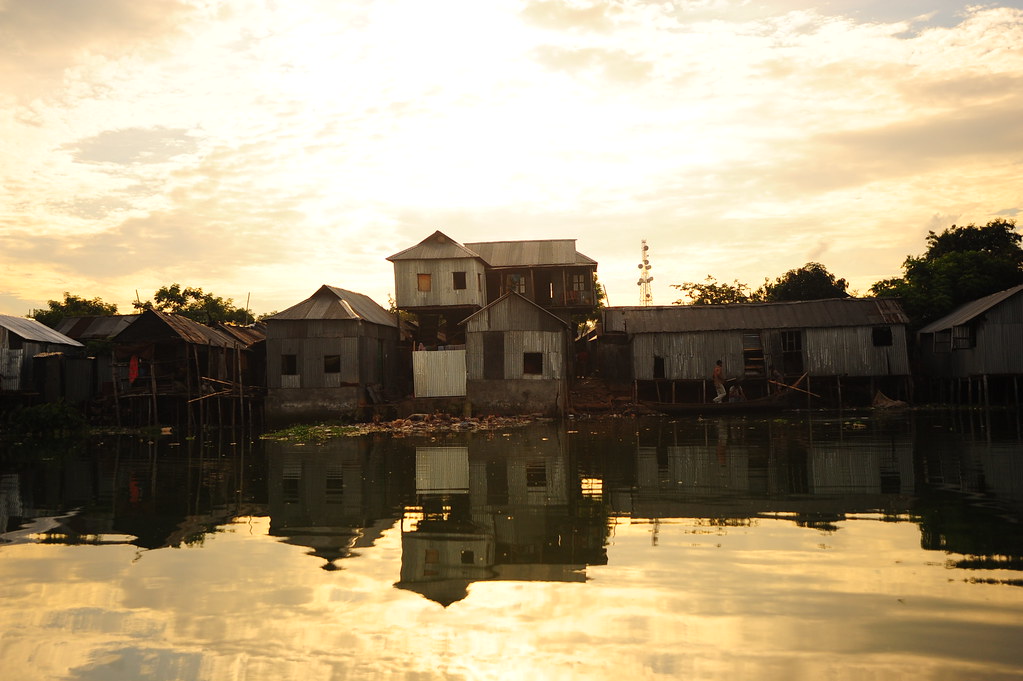 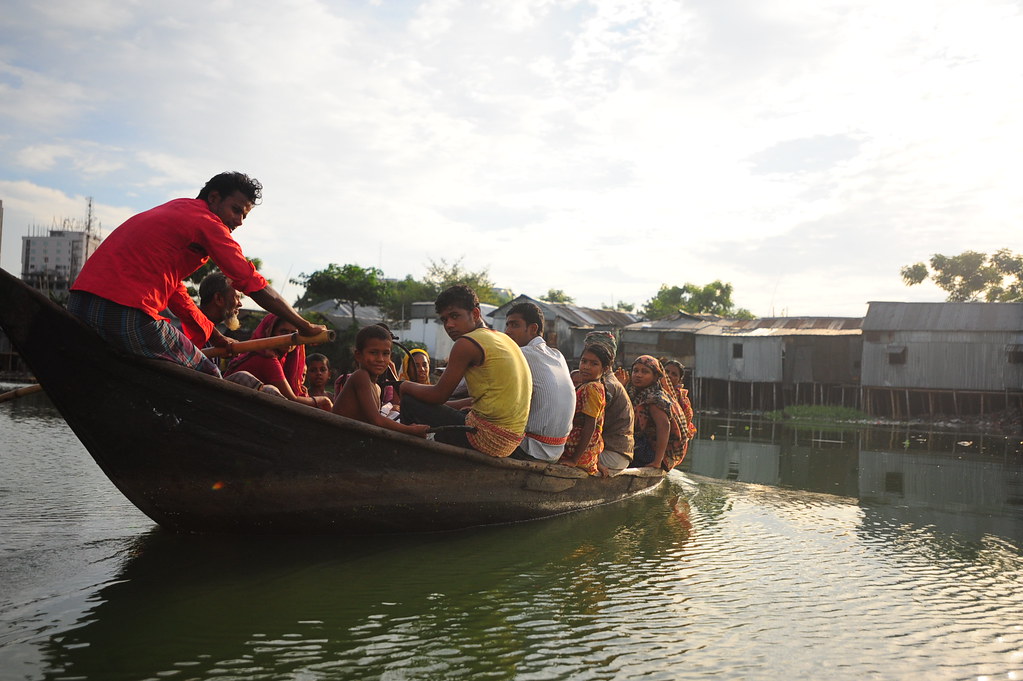 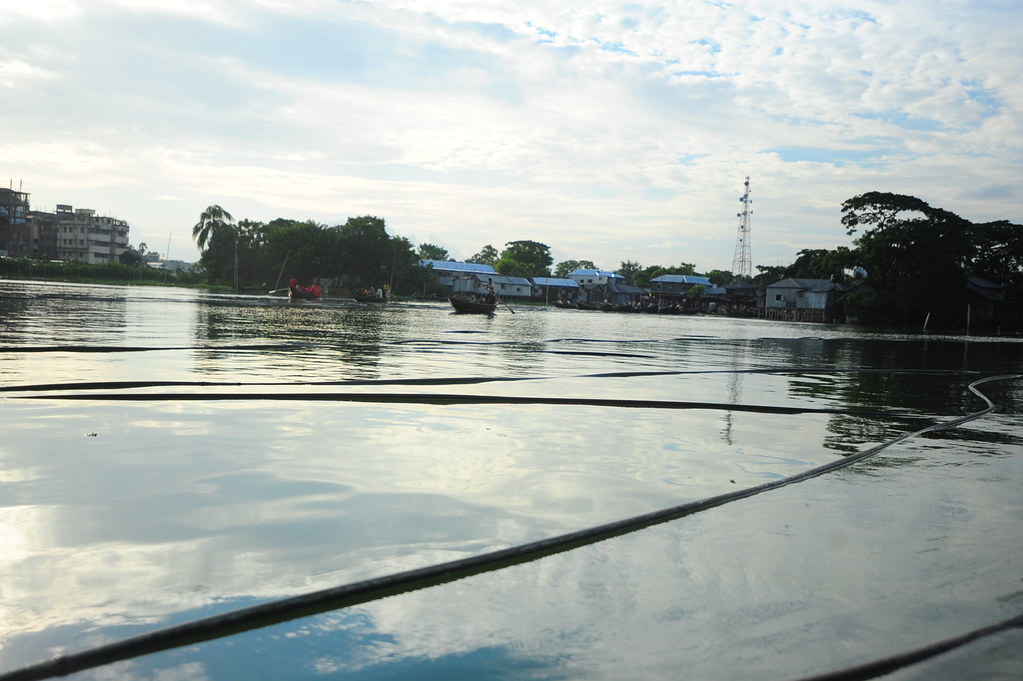 Water pipes to the houses along the lake. 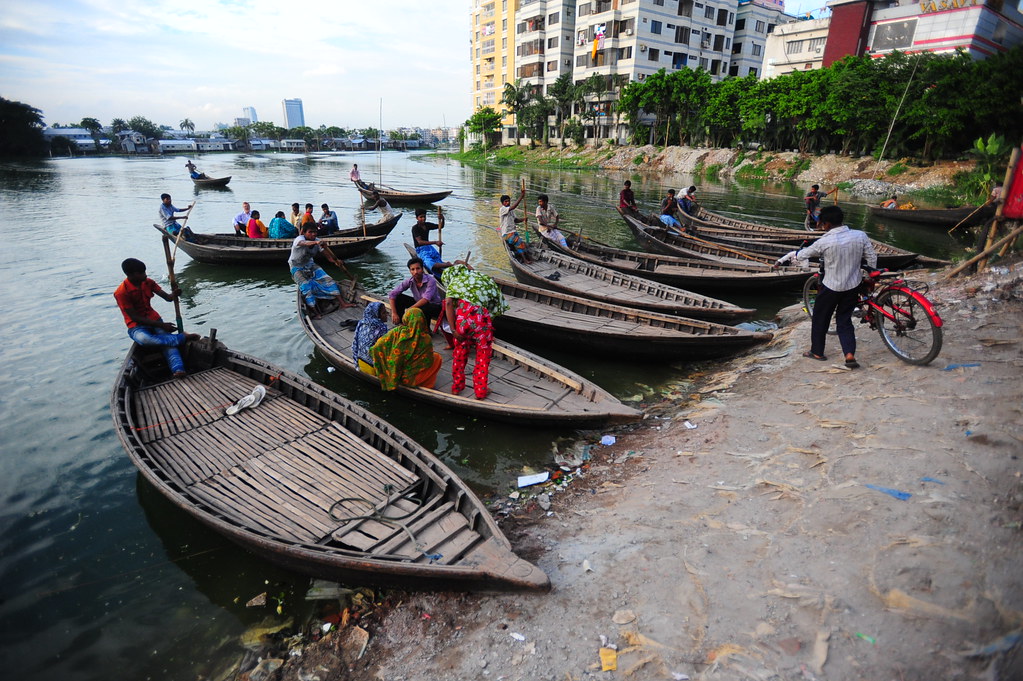 After disembarking, we made a loop around back along Airport Rd., taking in all the street life. It reminded me a lot of walking I did in Kolkata: vibrant, colorful, and so full of character. I think this is what I missed from Sri Lanka among the cleaned up, modernized streets of Colombo. 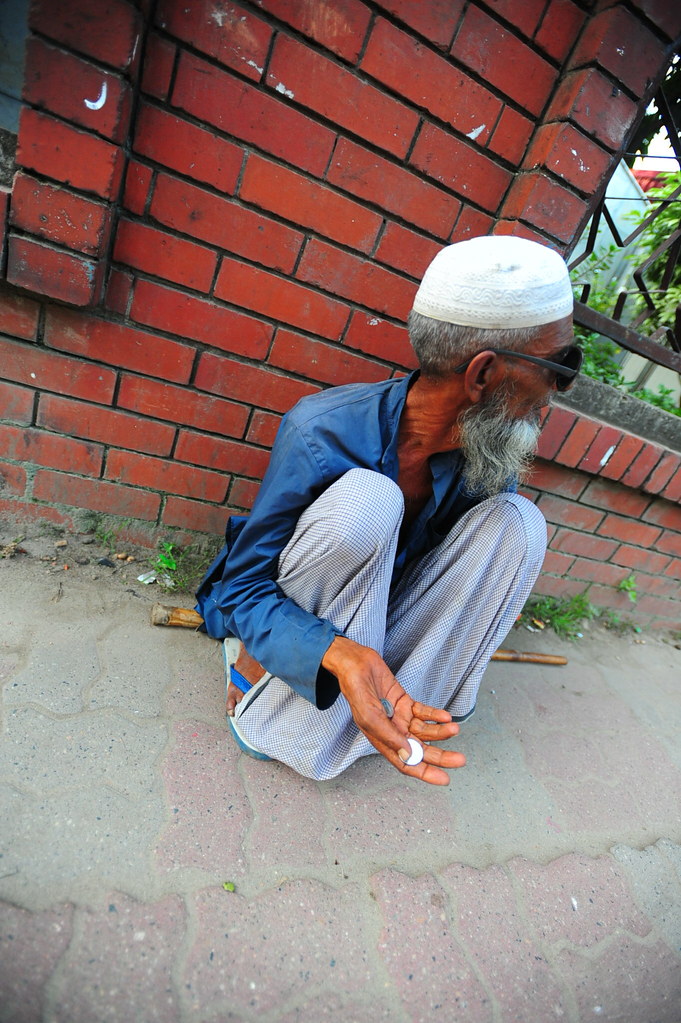 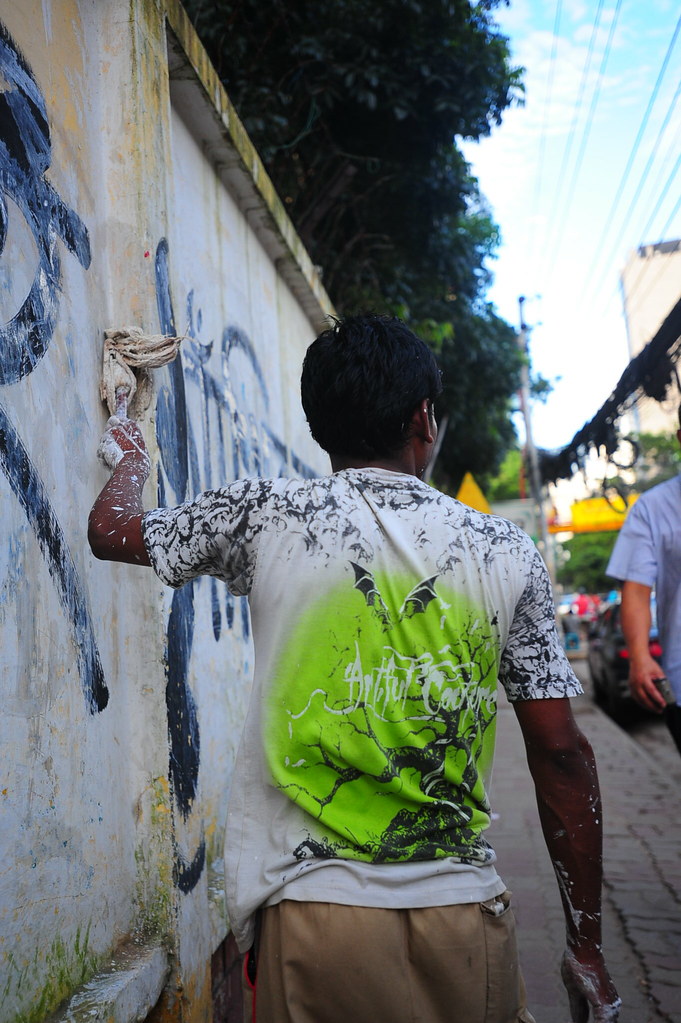 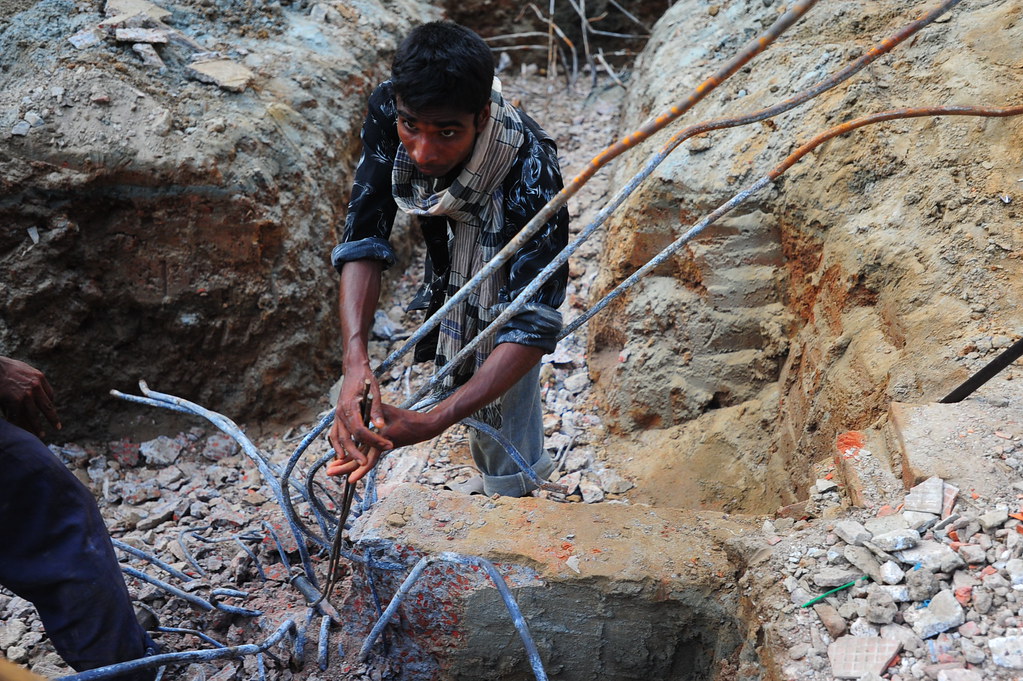 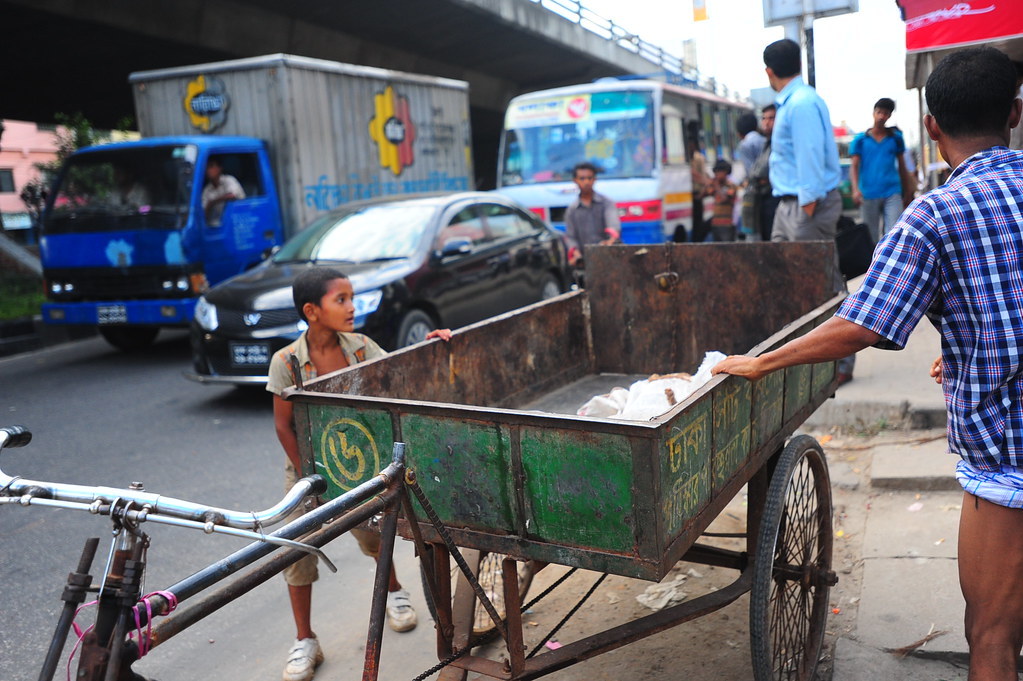 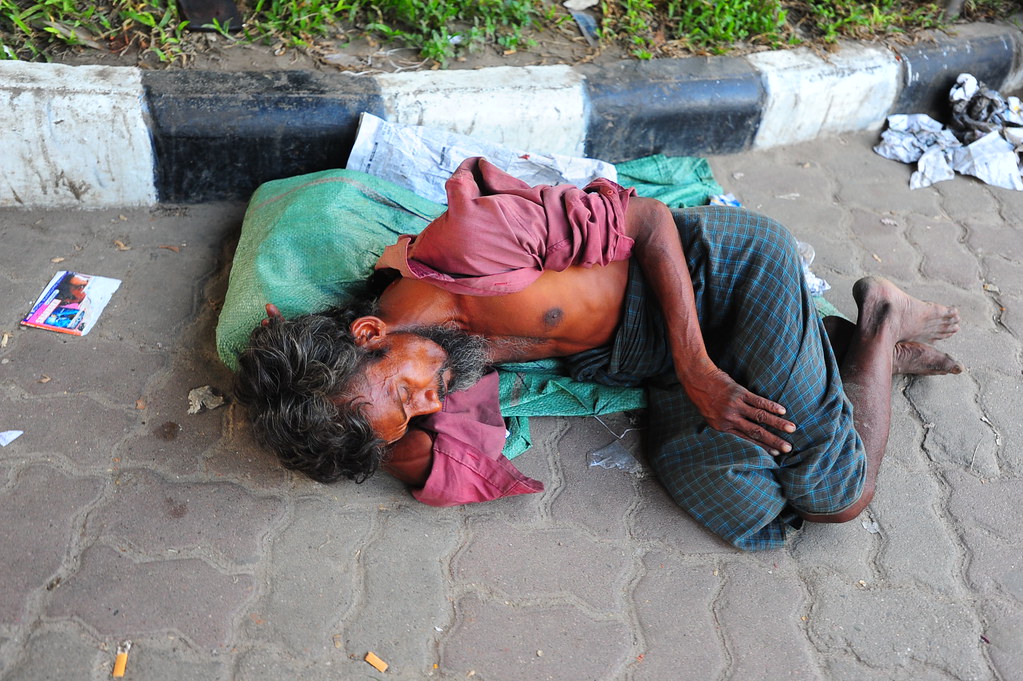 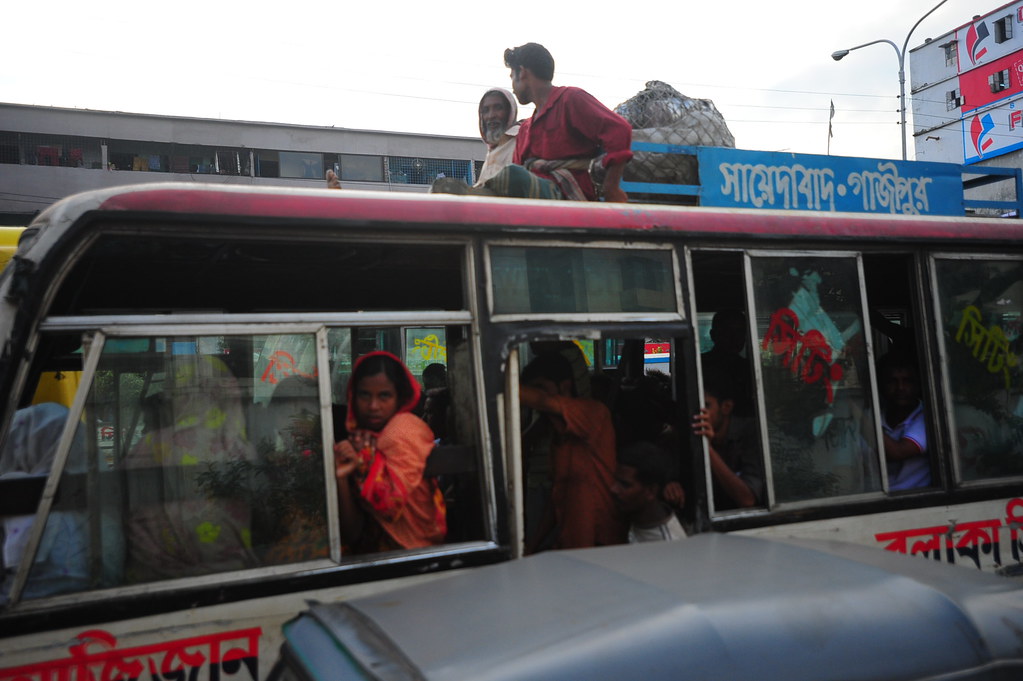 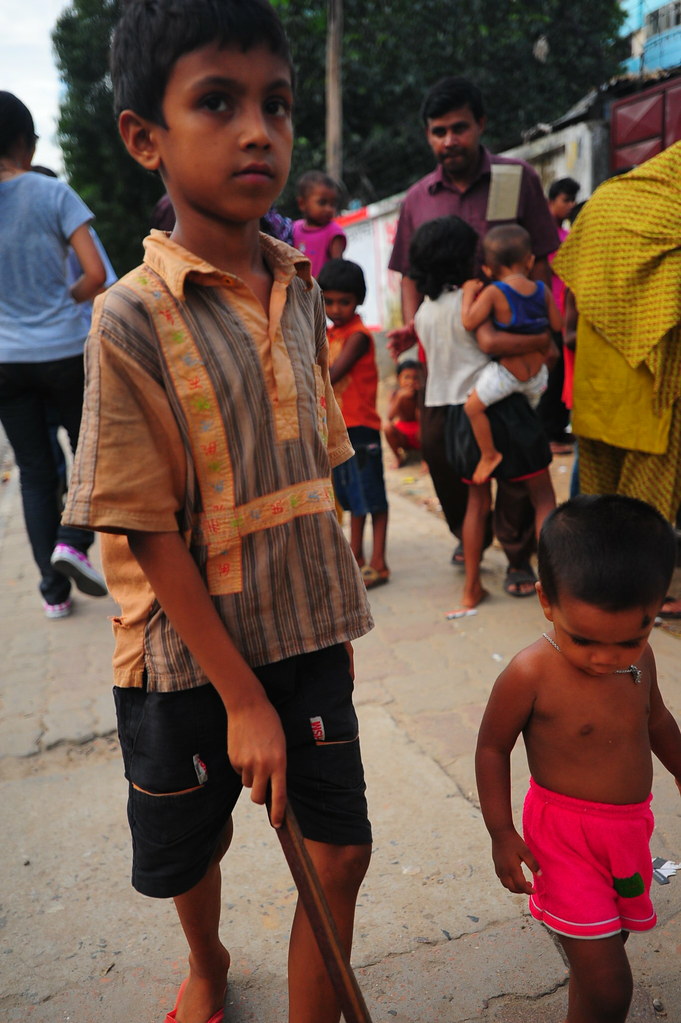 This is only the beginning; we haven’t even made our trek down to Old Dhaka yet, which is apparently where all the real action happens (that’ll be a whole day thing tomorrow). Until then, I think by reviewing all my photos, I made the right decision coming here. That much I can say.