Observing Big Brother: Had to get out of Myanmar Before I Could Post This.

I had to wait until I got out of Myanmar to post this without getting prematurely deported or thrown in jail. I got a small rush writing this while still in the country, but I didn’t want to take my chances before leaving Myanmar for good (as if posting this in China or North Korea is any better).

It’s funny that among the locals, the name “Aung San Suu Kyi” in Myanmar has the same effect as saying the name “Voldemort.” Like “He Who Must Not Be Named/You Know Who,” the Burmese refer to her instead as “The Lady.” But unlike the Dark Lord, Aung San Suu Kyi represents the other side of the fear spectrum.

For those of you who don’t know, “The Lady” is a Nobel Peace Prize laureate and a revered figurehead in Myanmar whose father was a national hero for securing Myanmar’s independence. Representing the opposition party to the military junta, she won the national elections to lead Myanmar but was summarily arrested by the military who feared her influence (i.e. threat) on their reign. She was placed under house arrest 3 times for 14 years (out of the last 20) before some random U.S. tourist named John Yettaw swam in a lake to spend a night at her house, which compelled the government to add even more years to her sentence (there are some theories among locals that John Yettaw was paid by the government to keep her under house arrest for longer). She was eventually released in February 2011 and has since been laying low, traveling around the country with her son. 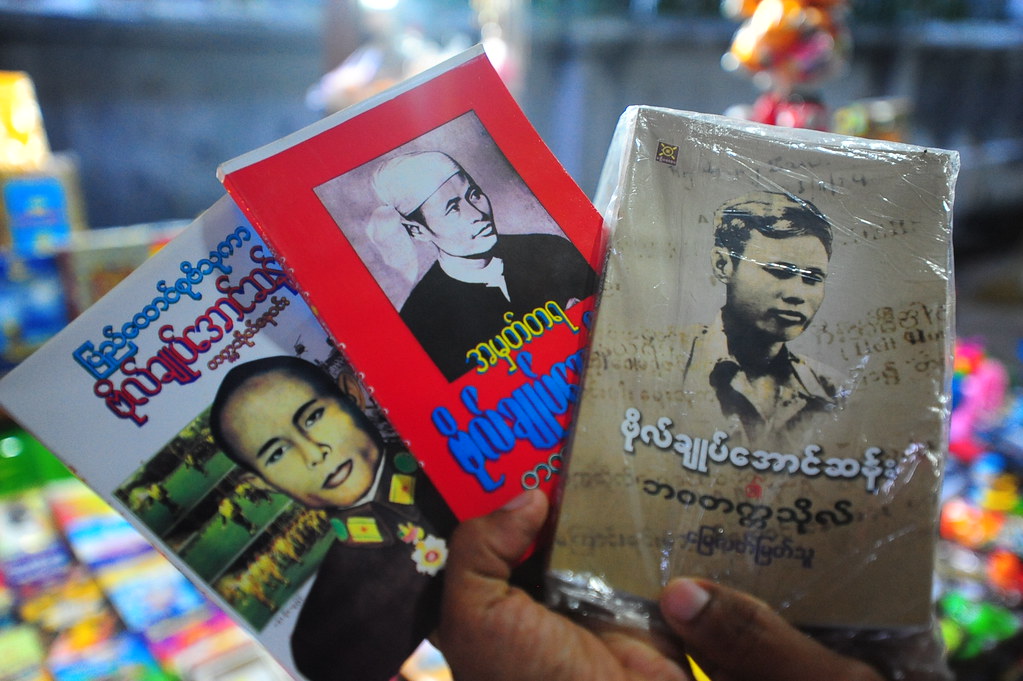 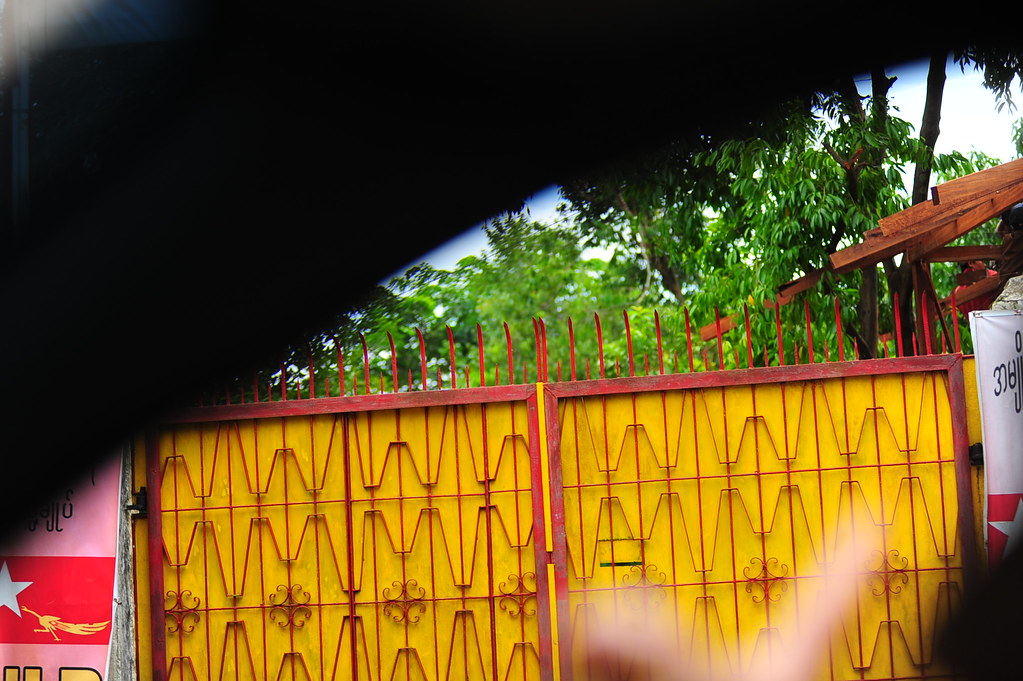 The is the closest I could get to the house of Aung San Suu Kyi, where she spent 14 years under house arrest. The road to her house is otherwise closed.

Before you even finish saying the words “Aung San Suu..” the people around you will immediately put a finger to their lips and dart their eyes back and forth. “There are spies everywhere” they say, “you can be deported or have your visa revoked for mentioning her. And we can be thrown in jail for 20 years simply by talking about her in public.” So what then? “Refer to her as ‘The Lady,’ but please don’t talk to me about it. Okay?”

And instead of talking about what state-controlled media is like, how about I simply post all the headlines that was found in a single “New Light of Myanmar” newspaper? They hand it out everywhere; especially on domestic flights that mostly foreigners use. I think there might be a pretty obvious trend; just take a look and compare the articles about Myanmar vs. the articles about countries outside Myanmar:

And everyday, the following “reminders” are printed in big bold font on the front page (ahead of all the headlining articles): 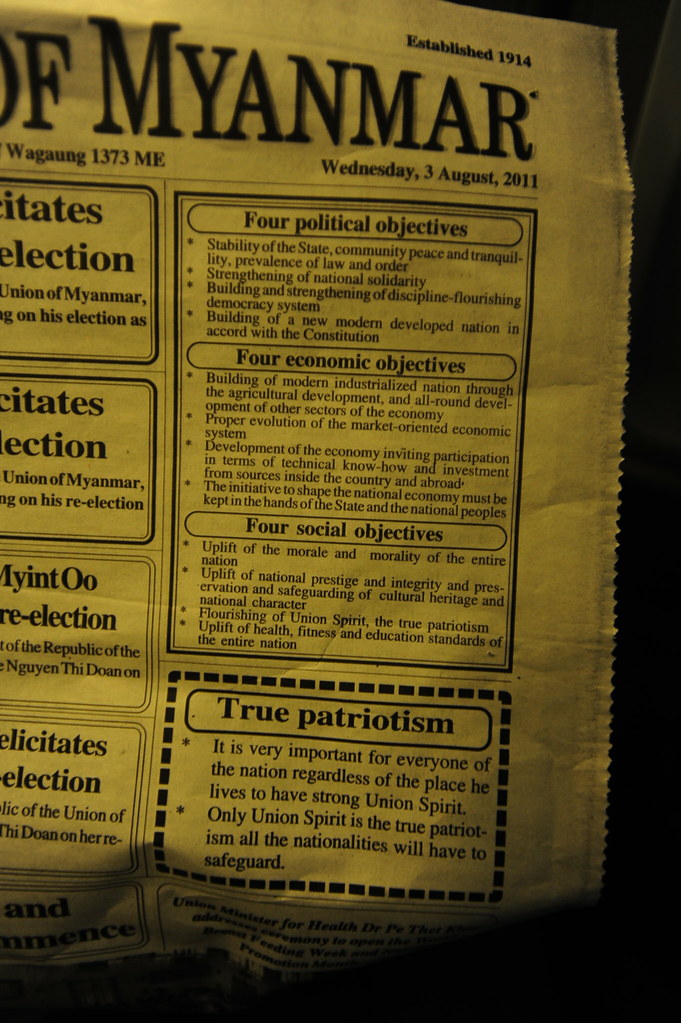 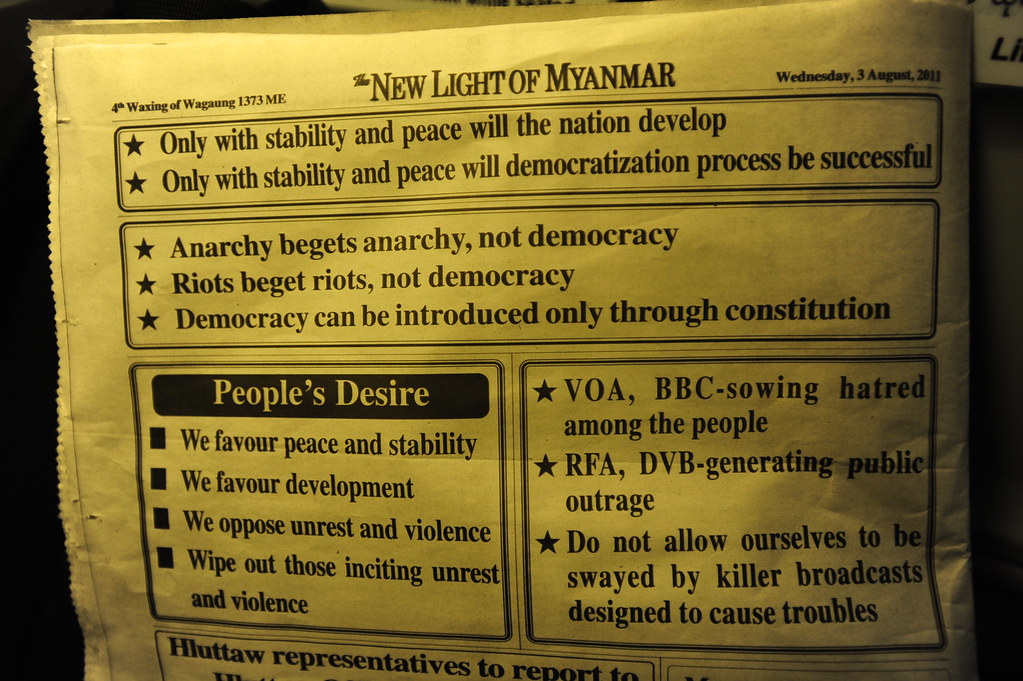 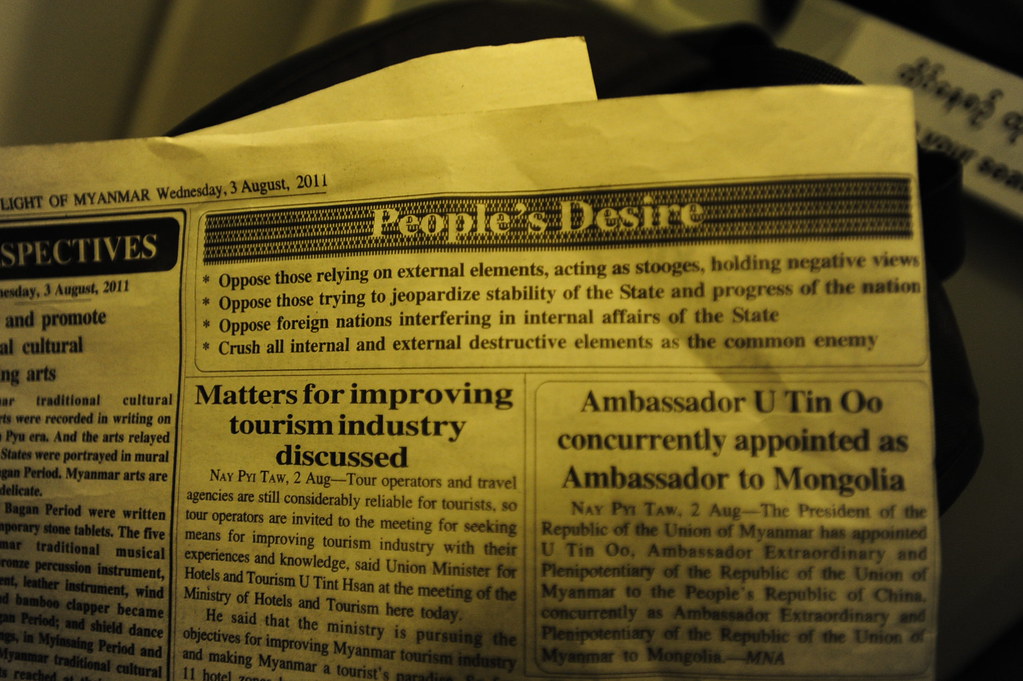 On the bright side, though, you can wear T-shirts printed with obscene language on Burmese TV, which otherwise wouldn’t pass under FCC regulations in the U.S. 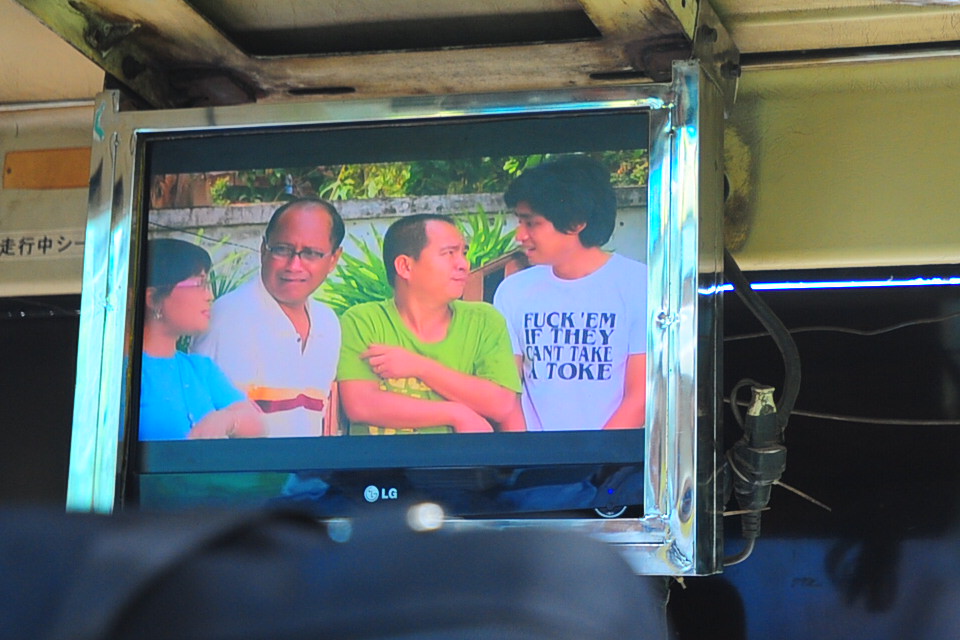 I must also mention a chat with a local whom I met in Myanmar. He/she’s lived in the country all hs/her life. Whenever I mention anything about the government, however, he/she brings his/her finger to his/her lips and his/her eyes go dark. “We don’t know who is listening.” Most surprisingly, however, my friend would later admit that he/she him/herself ratted someone else to the government by sending recorded phone-taps (although he/she says it was because he/she wanted to expose someone of incest and child molestation). Everyone has their reasons, I suppose.

The general Burmese population, however, never seem oppressed on the outside; everywhere I look adults go about their business like any other country, children laugh and play with abandon. Had I not known the right questions to ask, I could’ve passed through Myanmar without suspecting if anything was amiss.

But when the topic goes from the harmless “where do you come from” to “tell me about your government,” or “tell me about ‘The Lady'”, facial expressions change like day to night. Eyes dart back and forth, and the once seemingly permanent smiles and perky heads conform to gravity. It’s the fear that someone might be listening; a passer-by or even a friend…you don’t know who to trust in this country as anybody could be reporting to the military junta.

And with that, the conversation always ends there.