On my last day in Myanmar, I decided to look up an art gallery I had read about in Smithsonian. The article outlined a series of artists who made art that skirted government censorship; artists who made paintings of women trapped in spiderwebs and lied about the meaning to officials. So, curious to see what kind of subversive art I could find, I headed over to New Zero Art Gallery.

Climbing up a set of stairs which seems to be leading to an apartment, I tentatively knock on a black door. No one answered for a second and I thought for a moment that I had the wrong place, but then the door opened up a crack and an old man looked out at me.

Unable to think of a way to ask where I was in Burmese, I blurted, “Hi. I’m looking for the New Zero Art Gallery and I think I have the right address, but I’m not sure where it is exactly. I read about it in a magazine. Smithsonian. Can you direct me to the right place?”

He opened up the door wider and let me in. The gallery was about the size of a one bedroom apartment and was completely dark except for the projection on one of the walls of a woman writhing around a tree. As soon as the door closed, the guy running the projector looked up at me and the 12 or so young adults in the audience turned around. Then he continued.

Explaining the significance of the video in English, he moved on to another few short pieces. I forgot the contents of those videos (I was busy trying to find a chair and not trip over anything), but right after he called for a break. Turns out I had stumbled upon a performance art workshop. 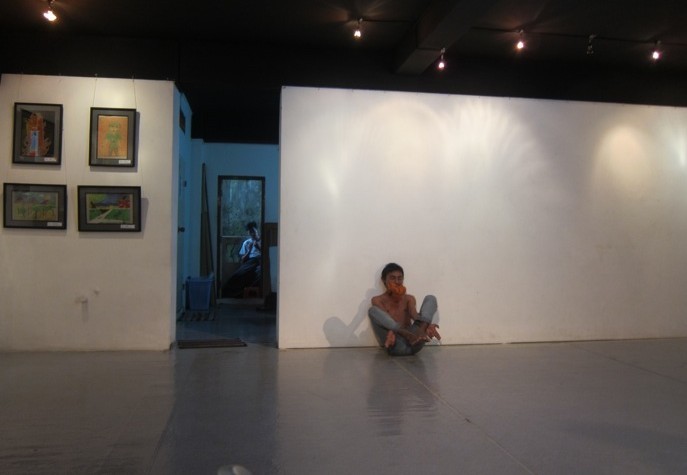 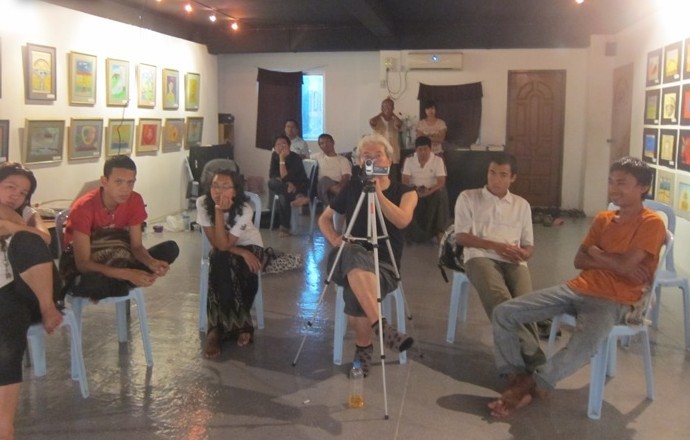 The next 2 hours were spent with 12 young artists: making strange movements in front of a camera, talking on end about ourselves to an absolutely silent audience, discussing Abramovic’s work at MoMA. It was amazing. To see these artists express themselves in what they perceived to be a safer environment, to see them cry, scream, joke, write, contort their bodies and just let it all out, was just an incredible view into a country known for its propagandist newspapers and adults who refuse to talk politics.

When it was my turn, I shook a bit as I nervously talked in English about my home and my job. I talked about my favorite museums and about the boundaries I felt I was staying within in my own life choices. Then I unrolled some toilet paper I was carrying on the floor, took off my shoes and socks, and stomped on stale crackers from my bag. I’m not sure how much of it they understood. I’m not sure if they understood any more than I understood of their Burmese stories. But, as Dadanube shyly told me she liked my cracker stomping over lunch and asked to be my facebook friend, I felt I had made an unlikely connection. I hope these 12 never stop creating and expressing themselves.