An American In North Korea – How I Got In

Well, I just got into the most isolated country in the world without a hitch and I’ll be coming out with a lot of stories. 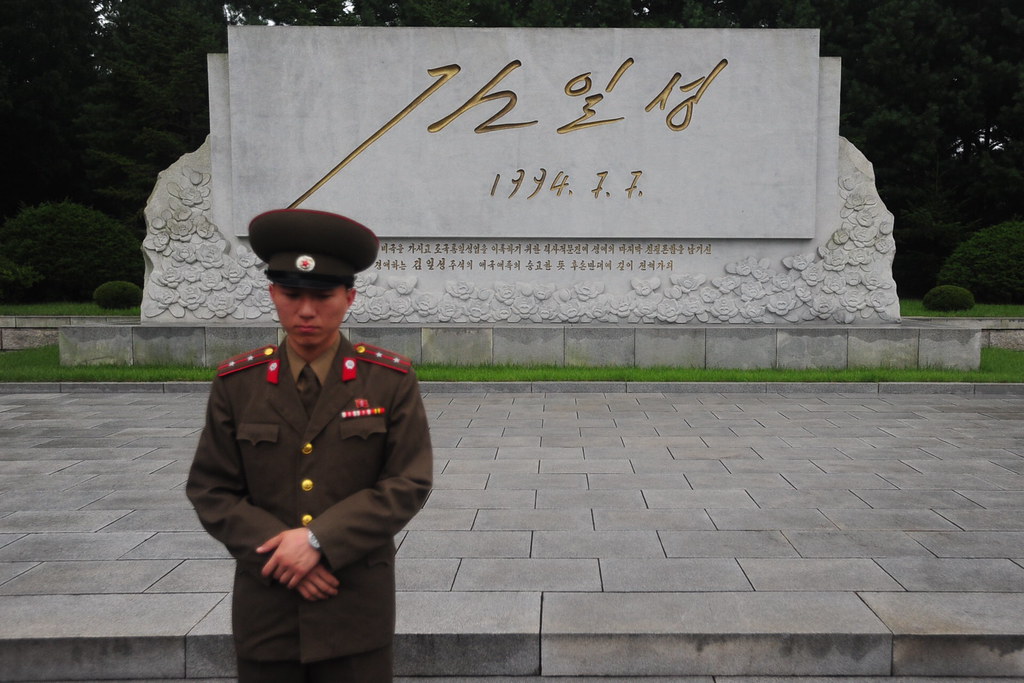 There’s a lot of material to go over in terms of what I’ve seen in the last 4 days. I’ll post about 9-10 entries about North Korea, with each one about topics such how I got in, touring Pyongyang City, the Metro, the Arirang Mass Games, Kaesong, the DMZ, the character of the people, evidence of propaganda (this one will be pretty trippy), and other topics that require more focus than a general “overview” entry. 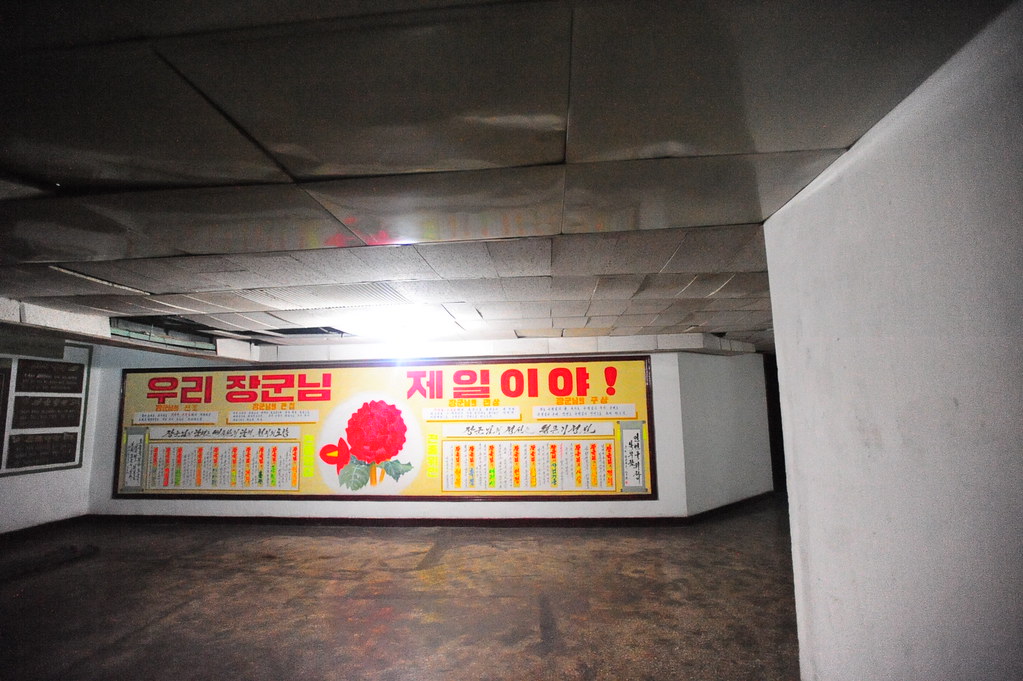 The infamous, hidden 5th floor of the Yanggakdo Hotel: One of the creepiest moments on my trip; I'll write about this in my last entry on North Korea.

..So I got inside North Korea. As an American. Without bribing anyone.

How did you do it?

anyone would ask. I’ll answer by echoing a fellow traveler when he says: “Do a google search of ‘visiting North Korea as an American.’ It’s that easy.”

Why would you do it?

anyone would ask. I’ll answer with the rhetorical: Why not?

The Guide to Getting inside and out of North Korea:

Before I begin, I want to stress that I usually don’t bother with guided tours as I always prefer the DIY approach as a more organic way of traveling and learning from your mistakes. But there’s really no other way to get inside North Korea legally, so I went for YPT as the primary vehicle that would get me inside. They also offerred me a deal I could not pass up.

The reason being not only that YPT is the budget option, it also caters to younger travelers and it was personally recommended by a fellow traveler I had met in Bangladesh. And after 4-5 sdays with them I can say YPT consistently establishes such a solid rapport with our North Korean tour guides that we were allowed to take pictures of (almost) anything and there were more than a few times where we were allowed to wander on our own (no other tour agency would allow this!).

But above all else I would get to know an amazing group of like-minded travelers whom I now look forward to backpacking with in the future. So think of the following entries on North Korea as a testament to the uniqueness of the tour you’ll be getting with YPT. I owe a lot to them, even though they owe me a large amount of sleep that I sacrificed on this tour.

With that said, let’s begin.

To get inside North Korea as a foreigner, you have two options: a 24 hour train or a more expensive 110 minute Air Koryo flight. For Americans, however, flying is the only option. So that’s just what I did: 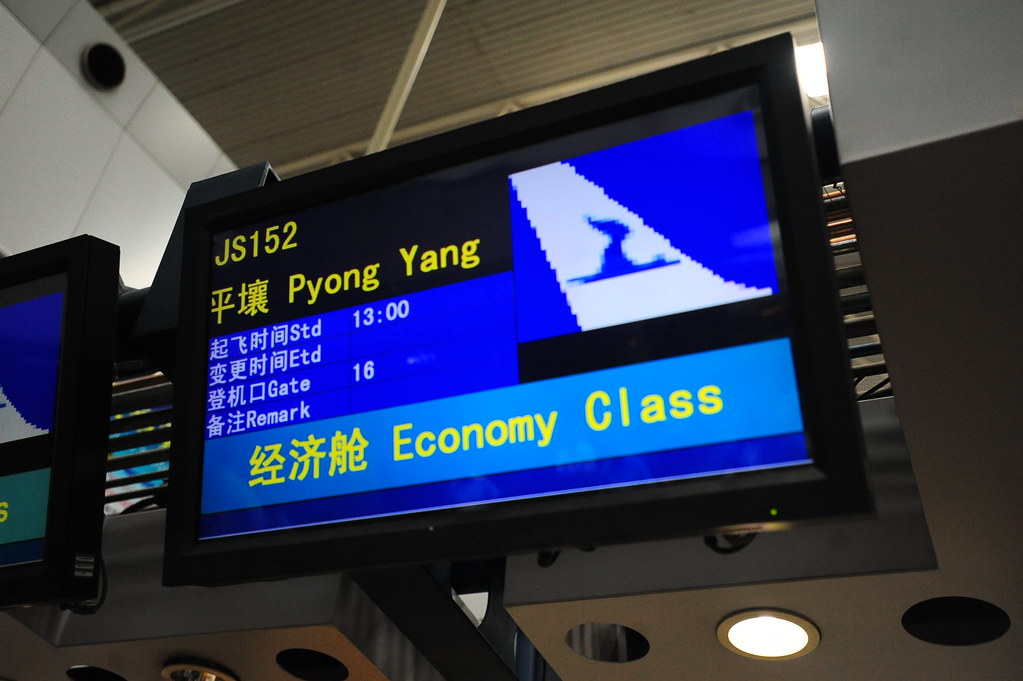 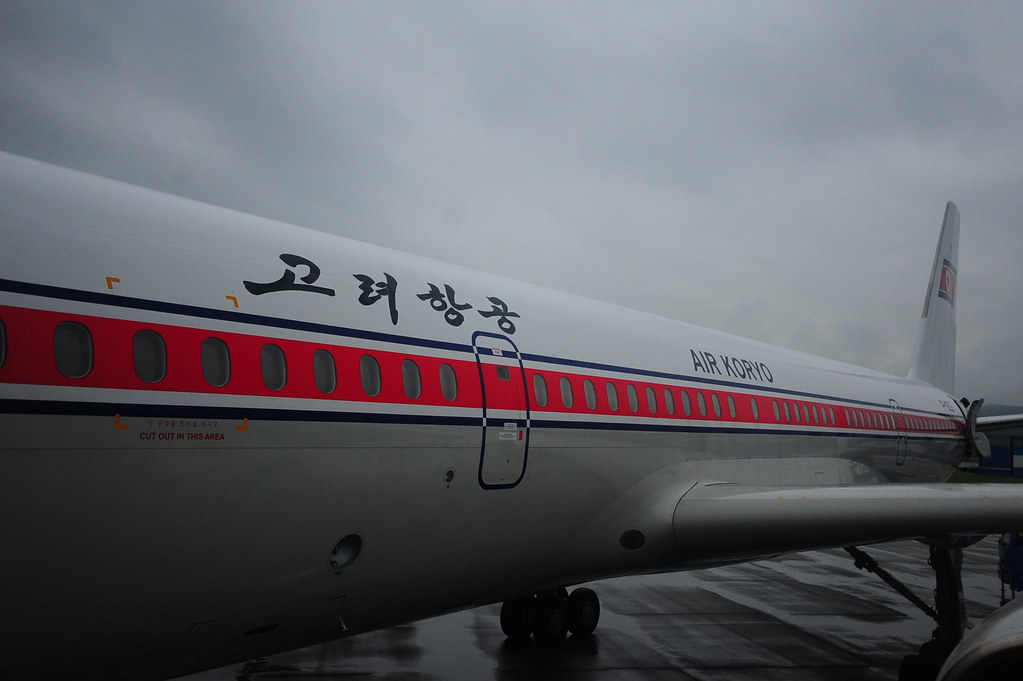 Let’s just say that the flight from Beijing to Pyongyang was far from a castle in the sky. It was a retro 1970s style, Russian-made (probably formerly a bomber jet) double twin-engine jet that was having a severe identity crisis. The seats seemed to be oddly placed, and the galley in between sections for serving food rang like a 1950s telephone (rrrrring!) whenever someone needed assistance from a flight attendant. But the most hilarious part was that it was raining inside as the plane took off; so much moisture had built up as condensation from weak air conditioning (it could not match up to the overbearing 30 degrees Celsius inside the plane!) that when the plane started to move, we all got drenched.

This plane reminded me of the 16 hour bus I took from Udaipur to Mumbai last year, where water from a badly designed air-con was dripping all over my face as I was sleeping. 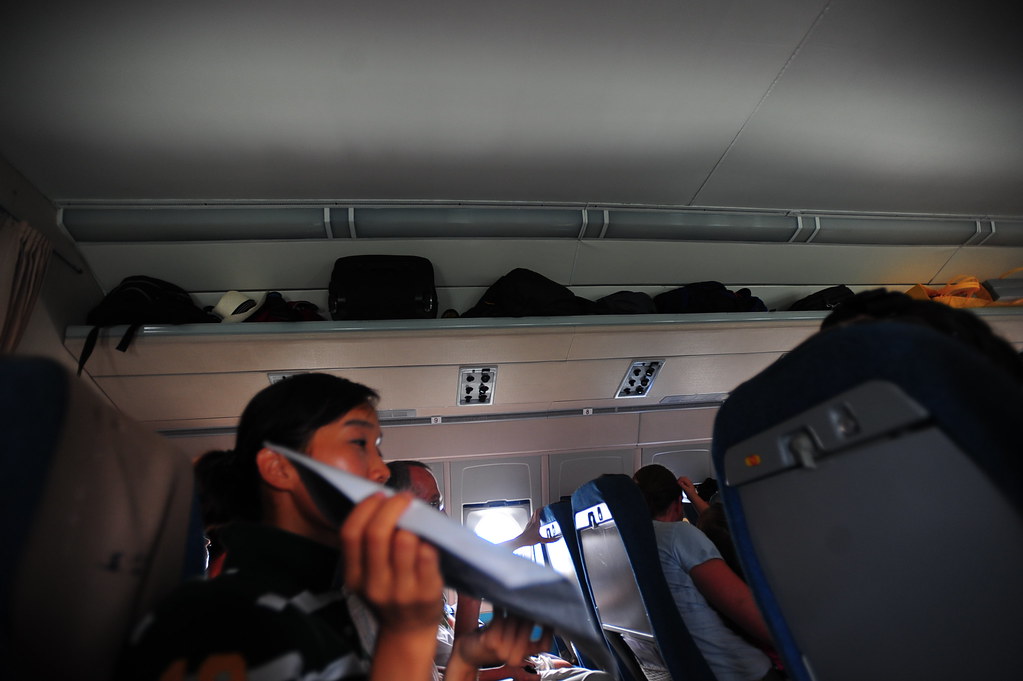 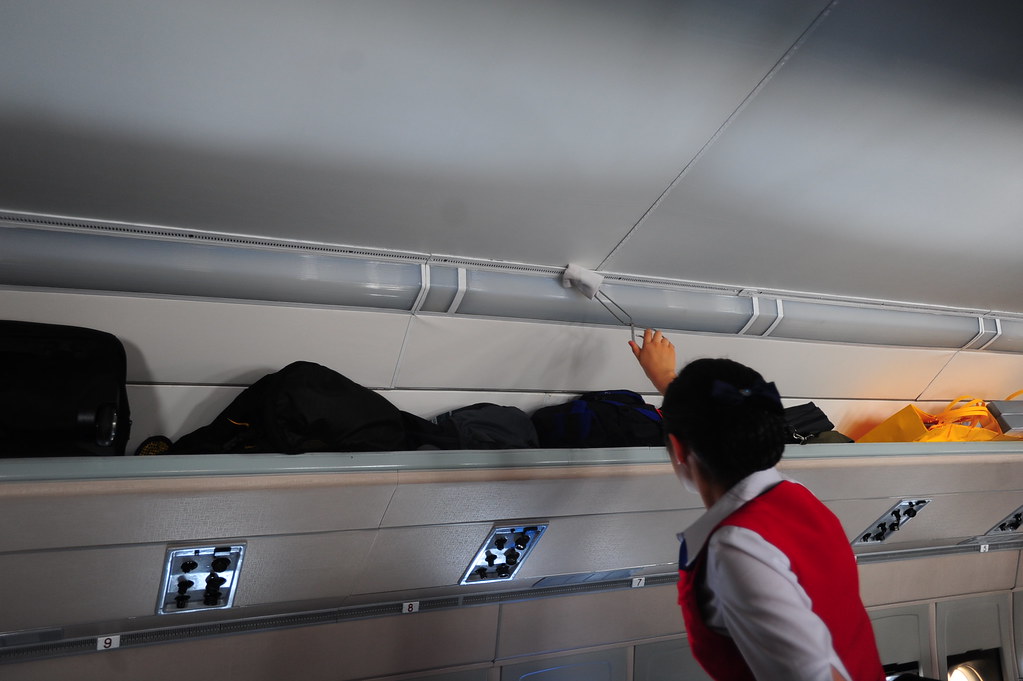 However, the food wasn’t bad: 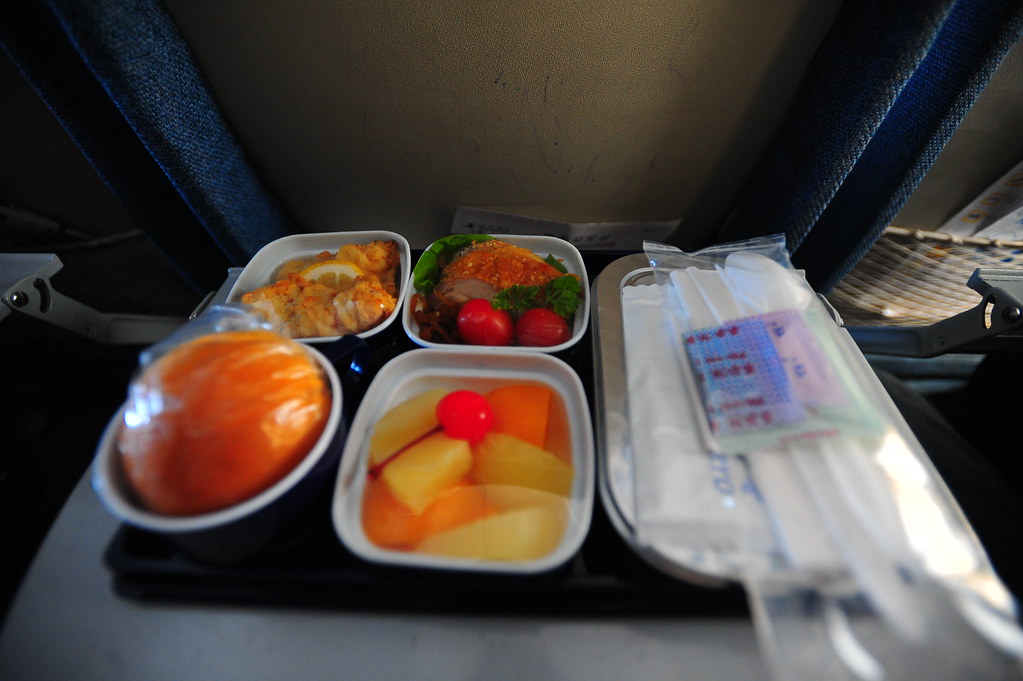 After 110 minutes in the air, we landed at Pyongyang’s Sunan International Airport. 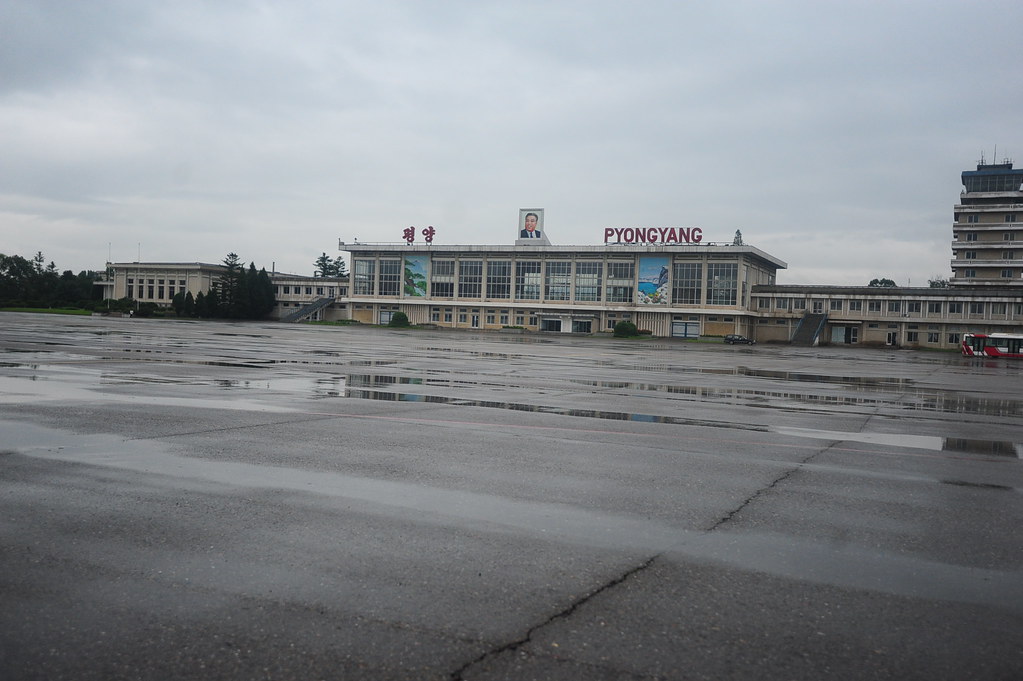 Because we were traveling as foreigners, all of our tourist visas were on a single sheet of paper instead of separate, individual documents. Although that meant we got through the passport control lines pretty easily, it was nerve-racking to trust all of our hard-earned visas to a complete stranger. Otherwise, we were through passport control within 10 minutes of landing. 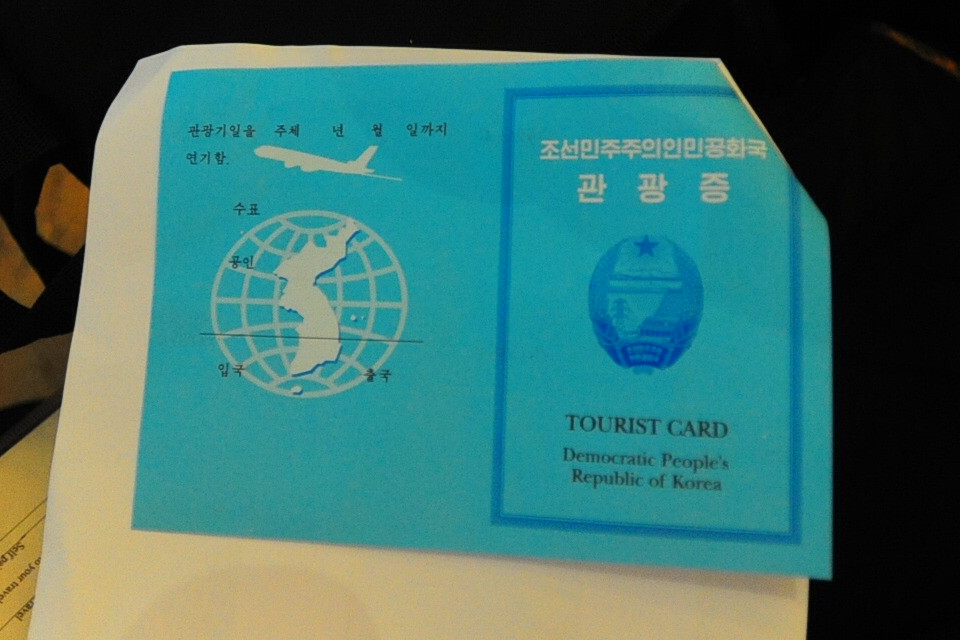 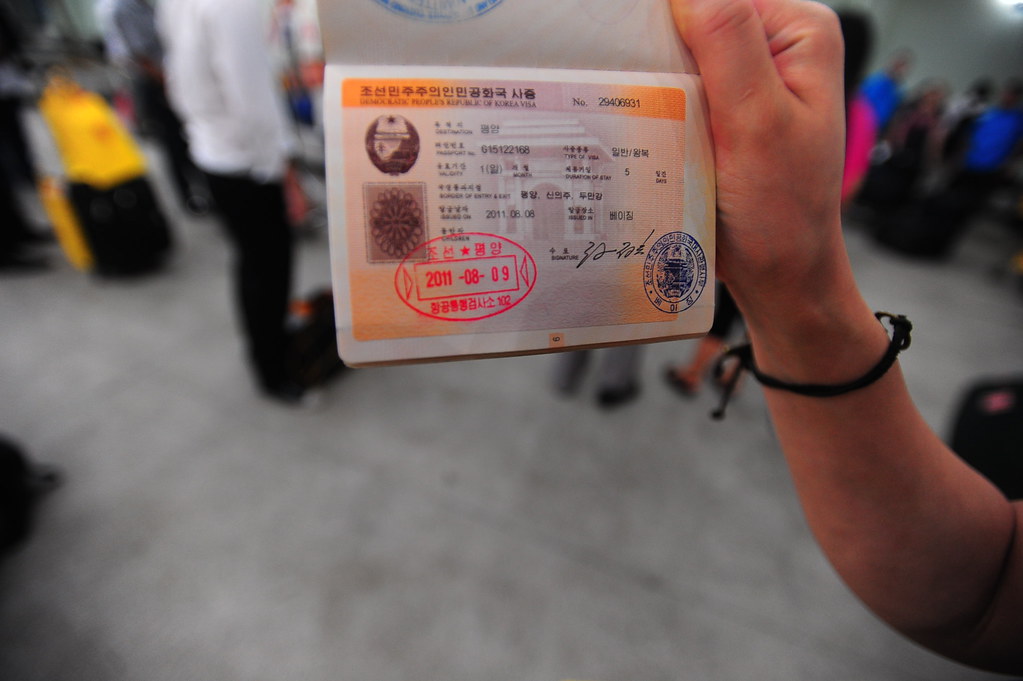 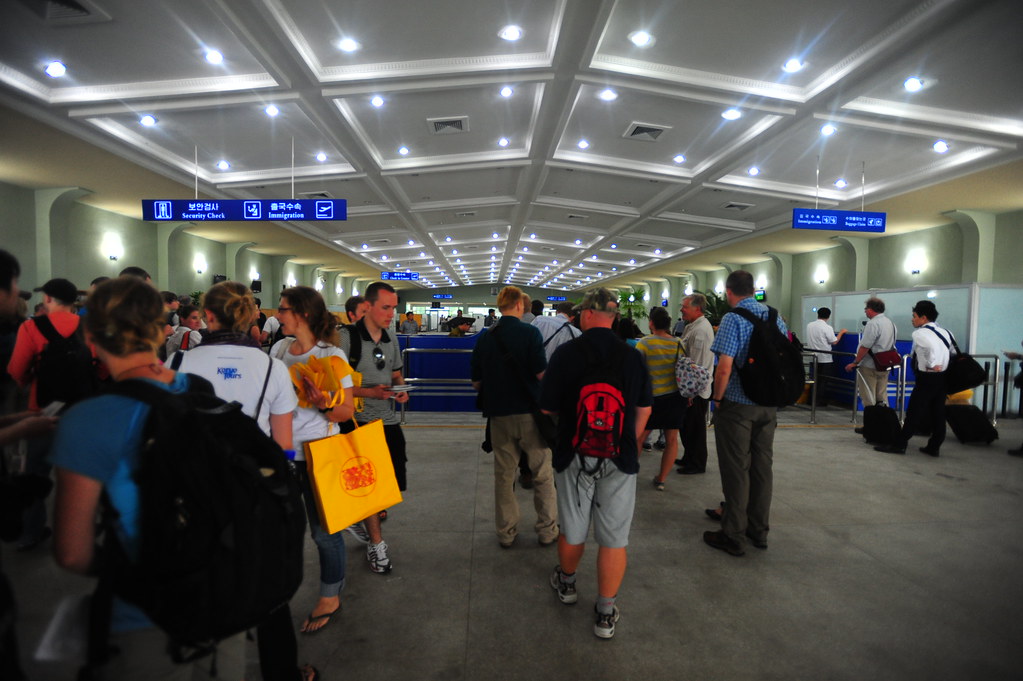 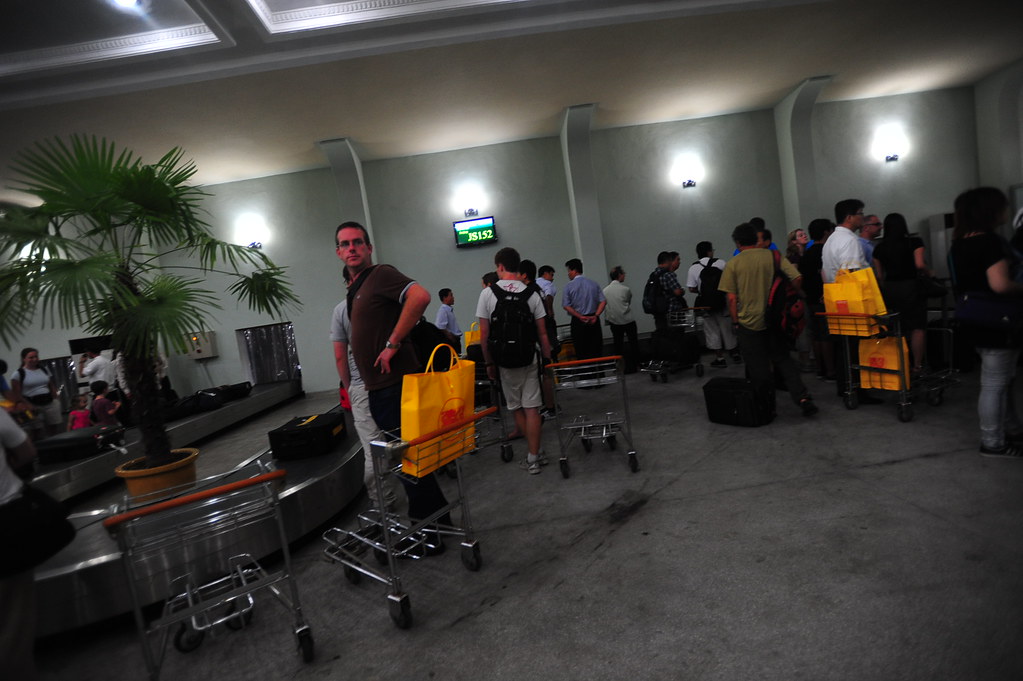 It was customs that ended up being the most trouble. Usually at any other country you’d pass through “nothing to declare” without much molestation. But every single traveler, Chinese or not, would have to have their bags taken apart in North Korea. Among the items not allowed:

Then I worked up a courage to scream: “YPT!” at a busy crowd. Immediately 5 well-dressed North Koreans immediately came to shake our hands and introduce themselves. These would be the folks that would be watching our every move for the next 4 days. Some of them were former Army officers, others were sons and daughters of well-established families (i.e. diplomats and businessmen), and 2 of them (I would find out later) were spies for the DPRK. But more on that later (discussed in my last entry on North Korea). 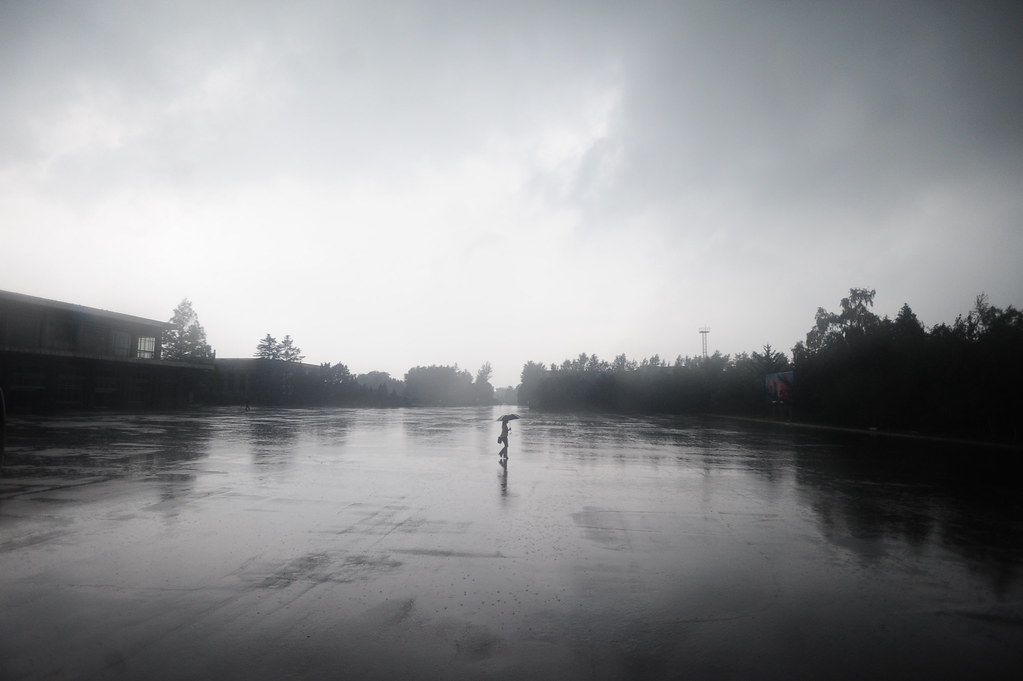 And with introductions aside, we were on our way to Pyongyang (a 25 minute drive away from the airport) and the Yanggado International Hotel. 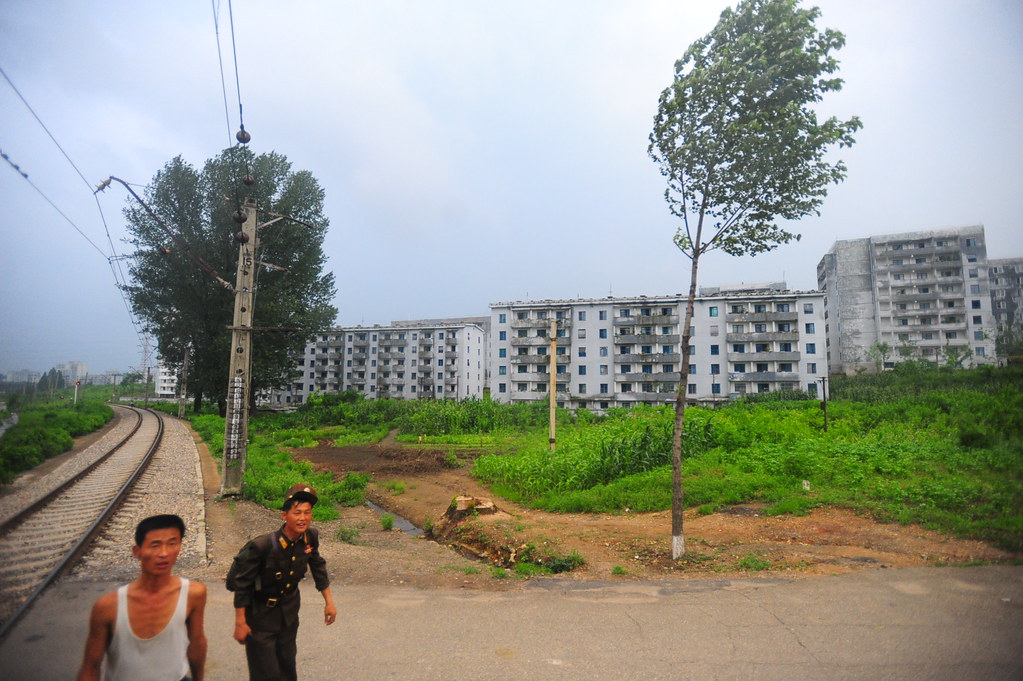 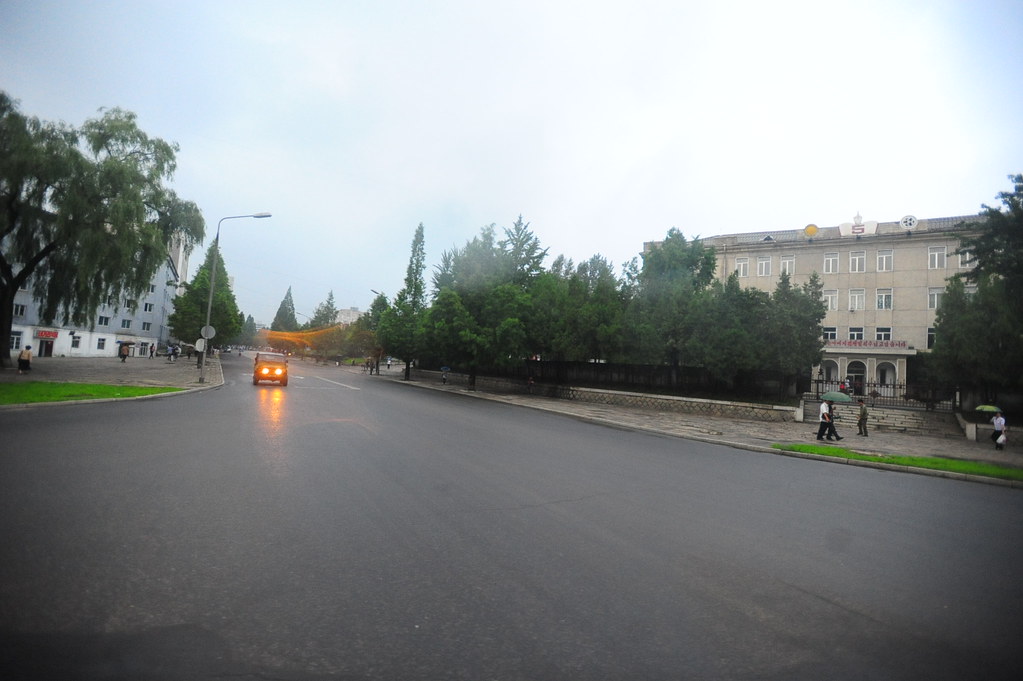 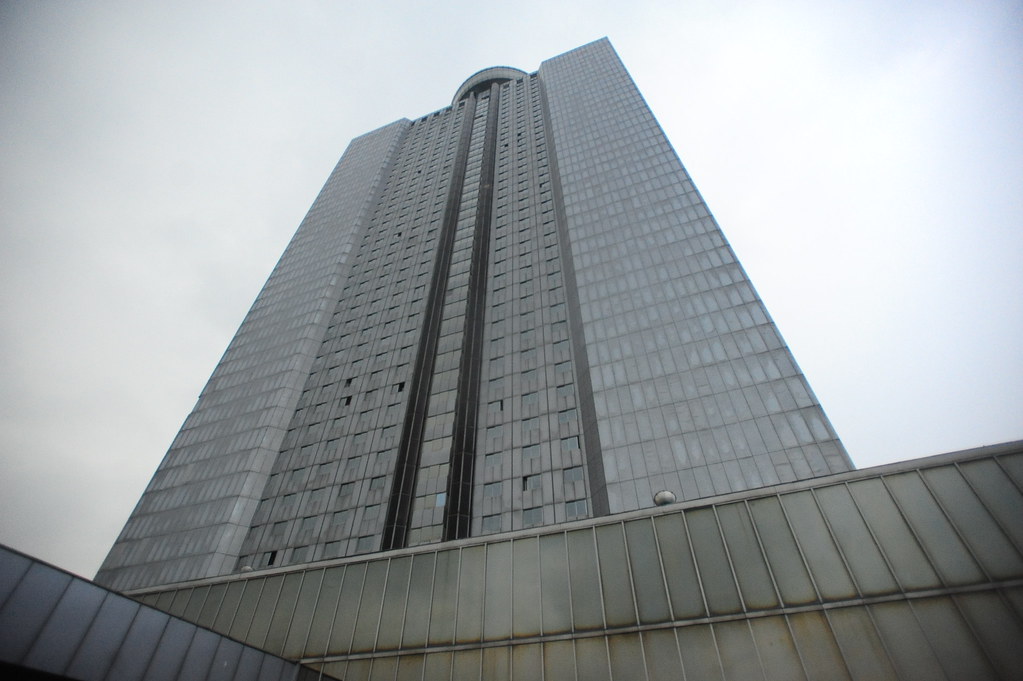 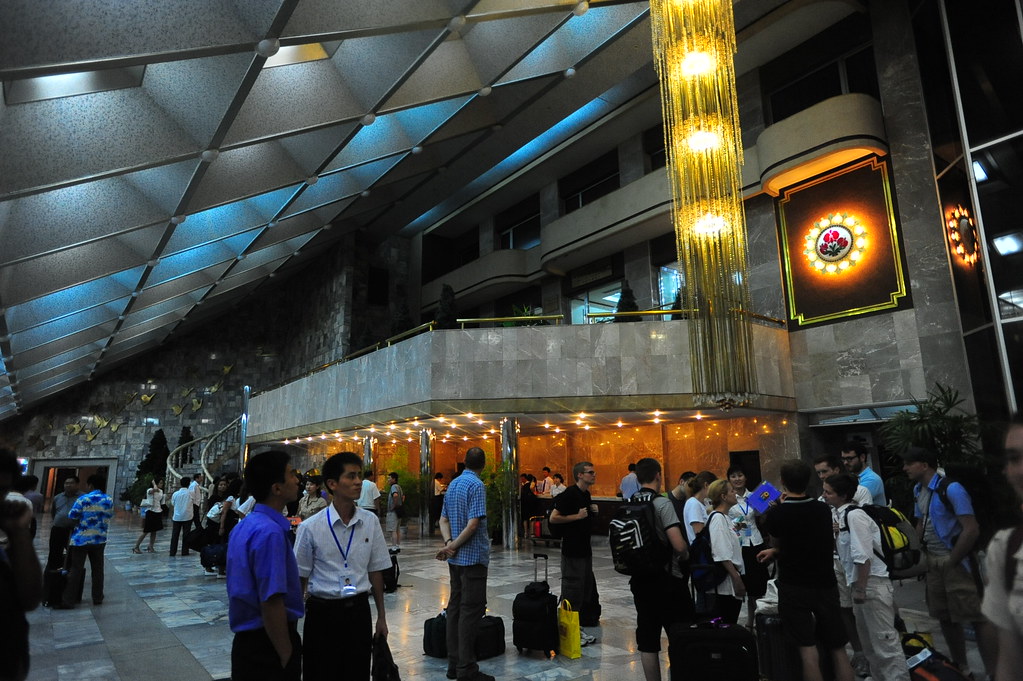 The Yanggakdo International Hotel is named for Yanggakdo meaning “hull of a ship.” That’s because the Yanggakdo is on a small island which many North Koreans find to be shaped like a battleship. It has 47 floors (with a revolving restaurant at the top) and over 1,000 rooms. It comes complete with a microbrewery, karaoke bar, swimming pool, 24 hour casino, 3 restaurants, a spa, and the best part — a total lack of care if you throw a party at 4 am in the morning with your doors open (which we would find to our delight 3 nights in a row). That’s because the rate of tourism is so restricted at less than 1,500 non-Chinese tourists a year, at any given time only 6-7% of the hotel is occupied; most floors had their lights out and were just plain abandoned. 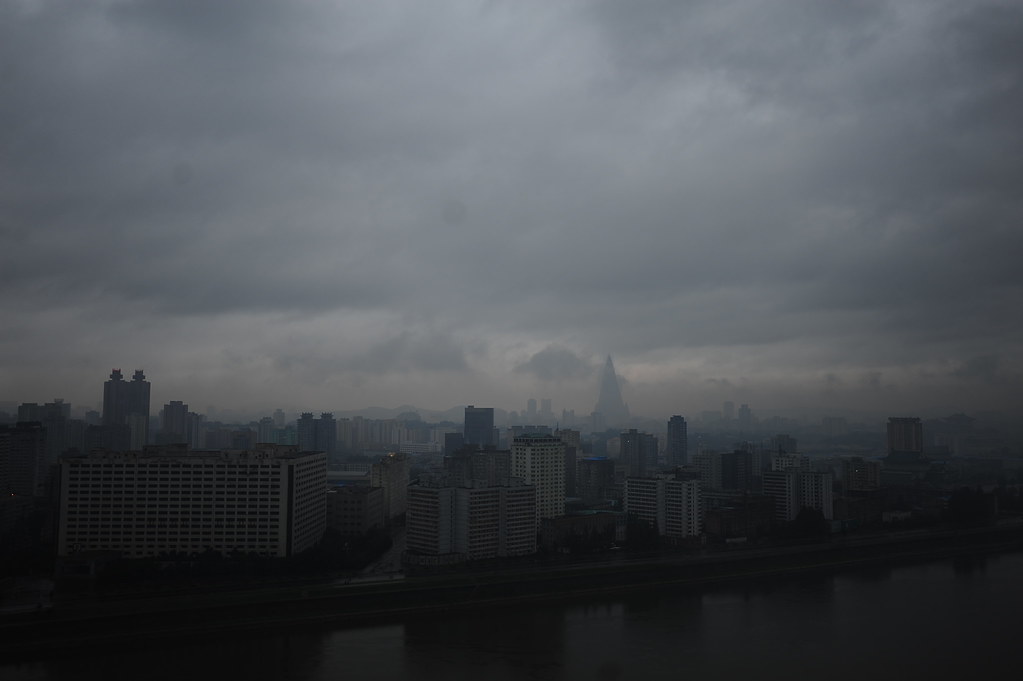 A view of Pyongyang from my room.