A Tour Of Pyongyang 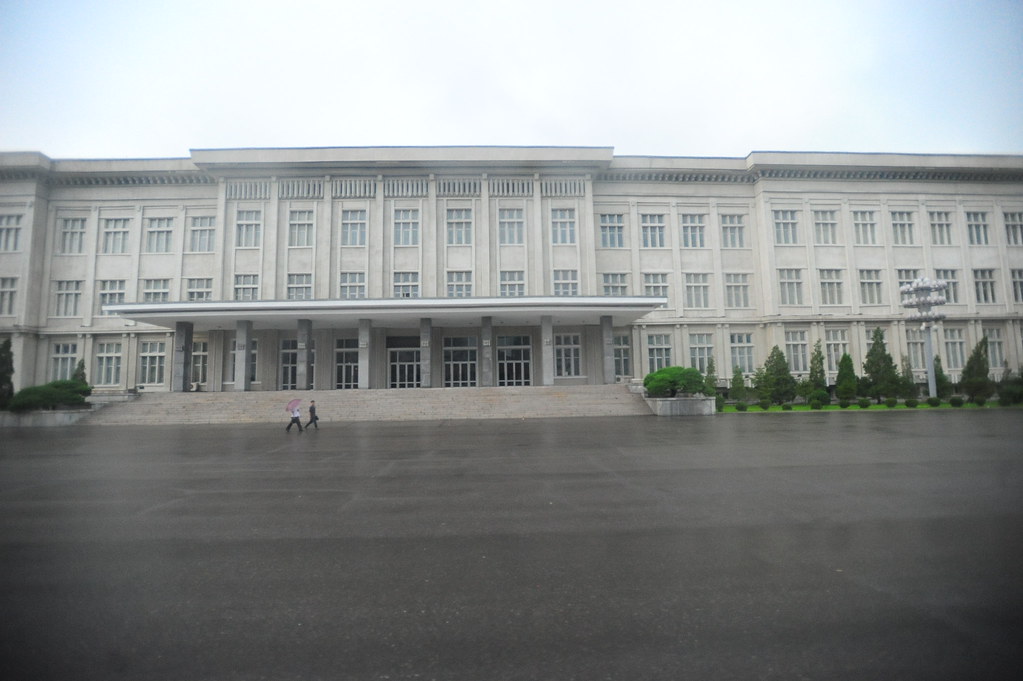 The constant fog (to the point I had joked that the government was creating it) definitely doesn’t help debunk the stereotype. Let’s face it: Pyongyang is a very clean city unfortunately inhabited by a soulless buildings spread out on a flat space of 2630 sq. km (Pyongyang literally means “flat land” in Korean; the other translation North Koreans use for Pyongyang is “peaceful area”). Although it achieves an over-the-top sense of grandeur with everything it does, it does so without warmth. In other words, it has only one kind of character: gray. 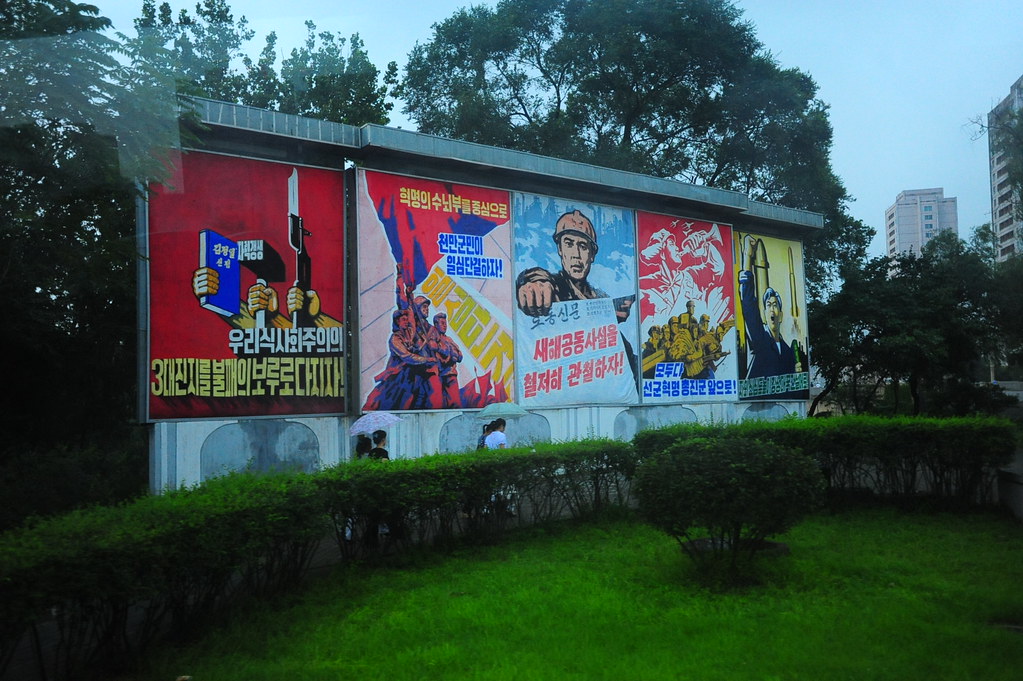 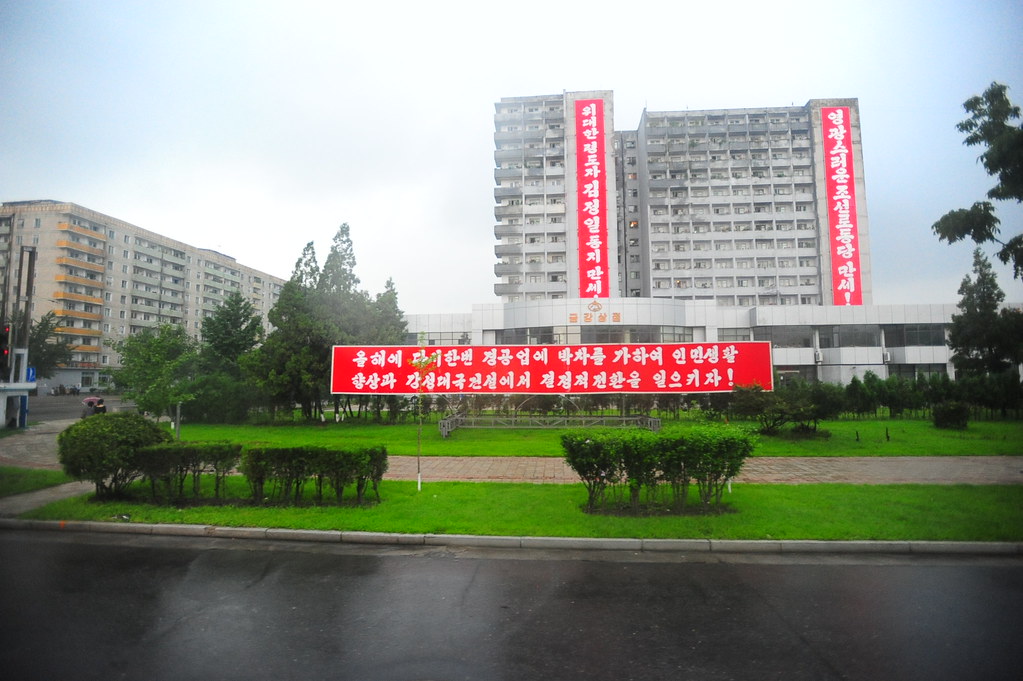 Being in Pyongyang, we got quite a few looks of  the “world’s worst building” or “the hotel of doom”: The 330m tall Ryugyong Hotel, which has been an empty concrete shell for over 2 decades due to lack of funds following the collapse of the Soviet Union. It was suspected to have crooked elevator shafts and had been deemed “irreparable” by international building agencies. Despite it being the tallest structure in the country, it became a national embarrassment for North Korea as its existence has been consistently denied and it’s been edited out of photos, maps, and even our very own tour (it was never mentioned once and our bus always accelerated past it when we got too close)….perhaps lending valid support to the “government-generated fog” theory when looking out into the skyline?

There is a glimmer of hope, however, as Egyptian company Orascom has agreed to help restart and finish construction in exchange for exclusive rights to starting North Korea’s 3G telecommunications network. To this day, however, it remains vacant, windowless, and unusable. 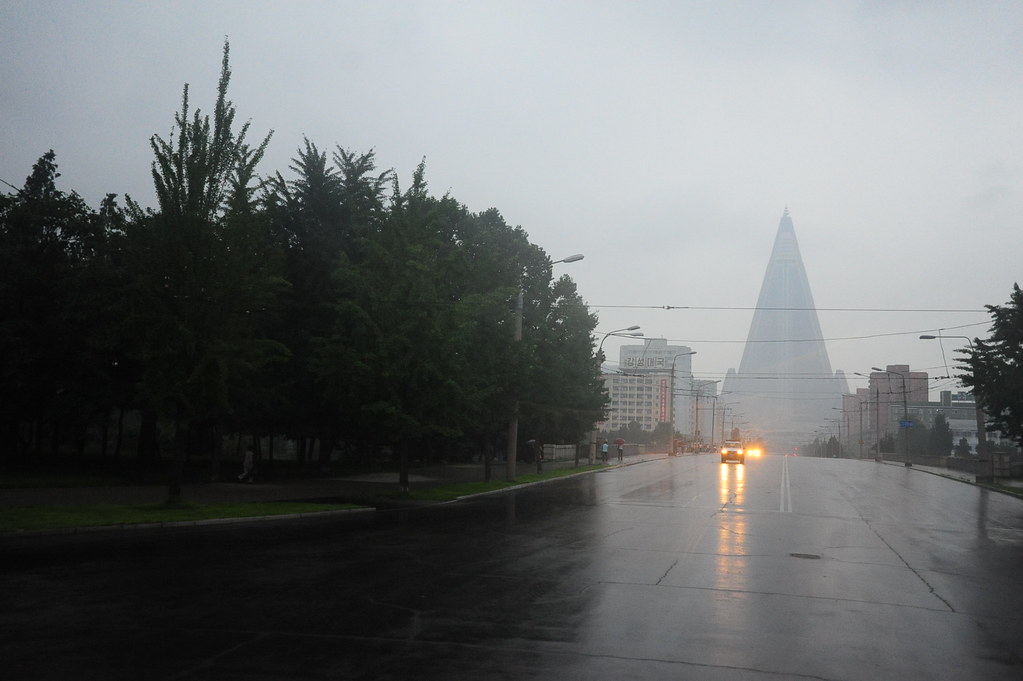 The Hotel of Doom in the distance

On the other hand, however, our tour guides were very proud to point out their athletics park where each building is dedicated to a single sport. We didn’t go inside any of them, however. 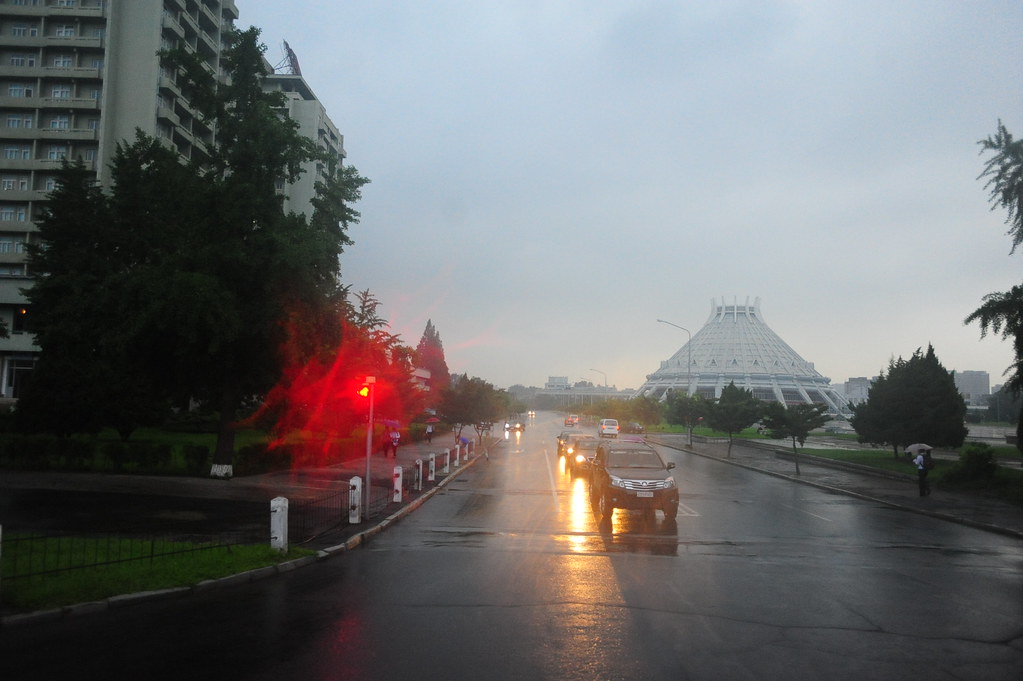 And we drove around some more… 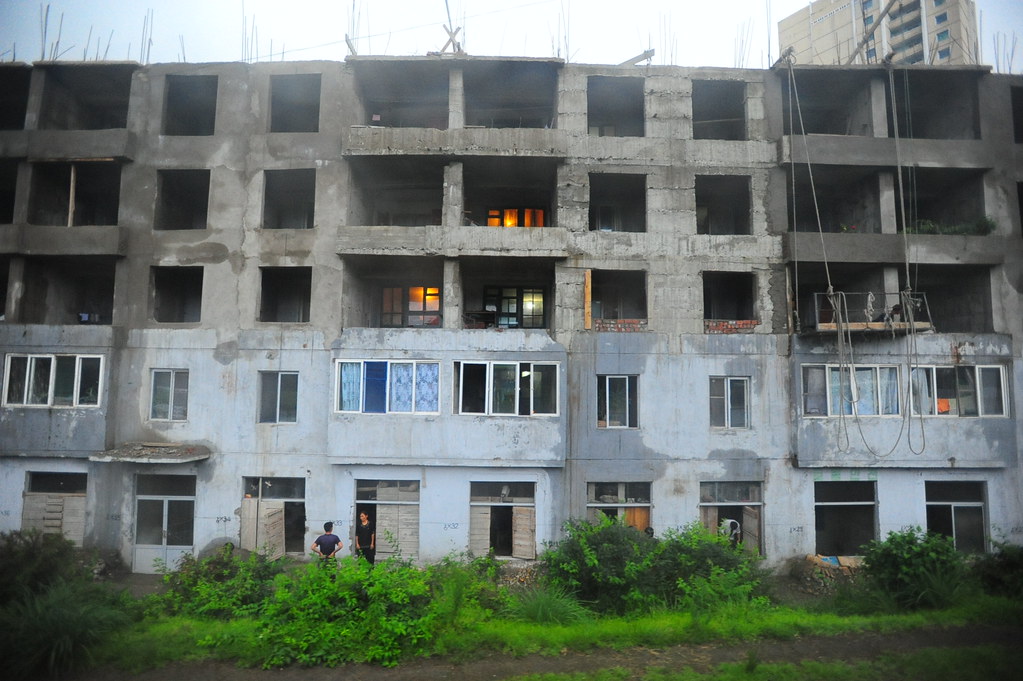 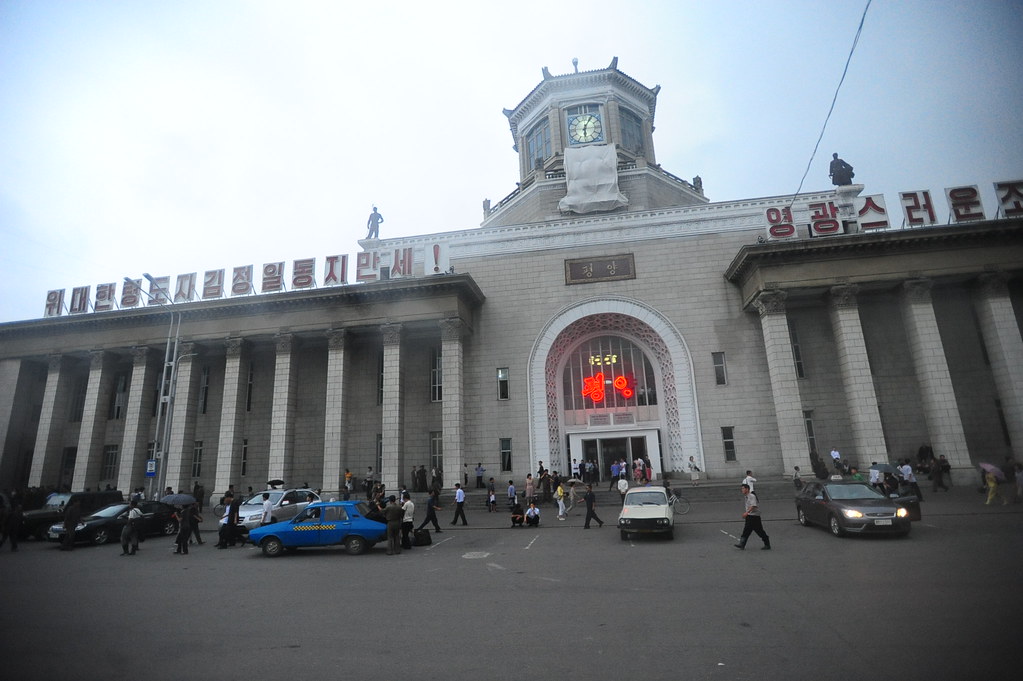 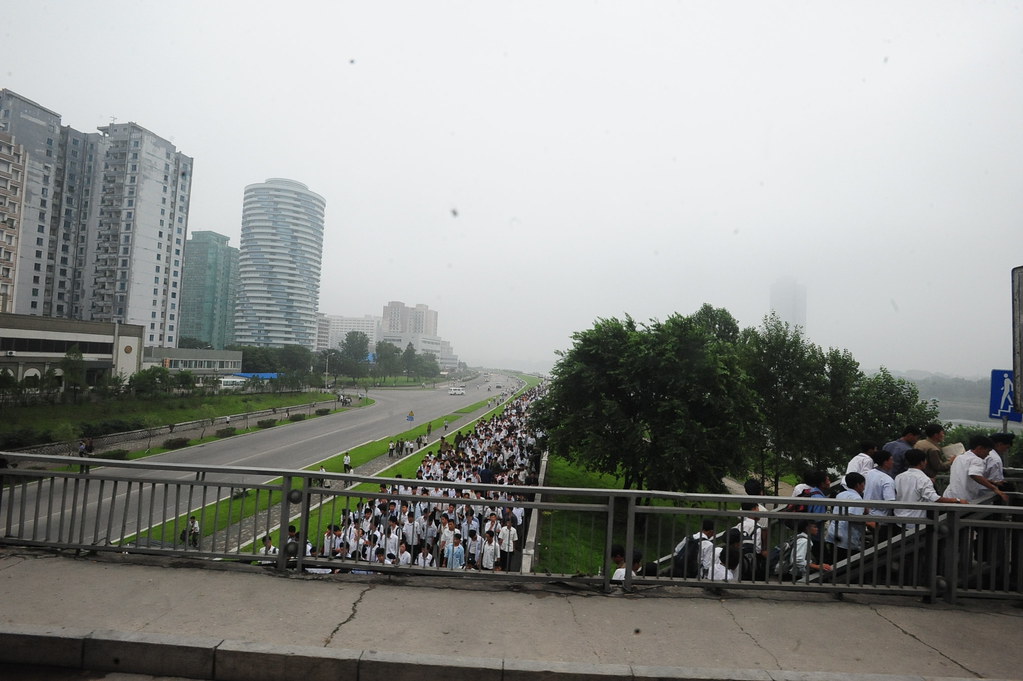 A few of Pyongyang’s streets are littered with husks of derelict structures juxtaposed to inhabited modernist style buildings next door. It kind of reminded me of the presence of bombed out buildings littered around Lebanon’s Beirut, but without Beirut’s sheen and vivacity to balance out some of the desolation. 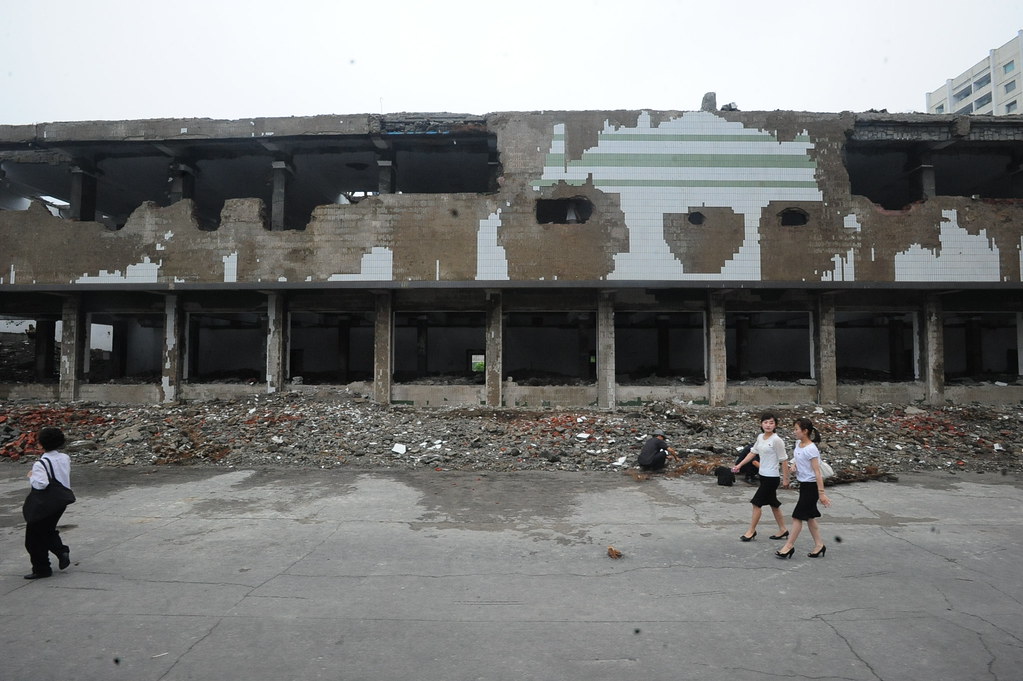 Next: we head into the Pyongyang Metro. 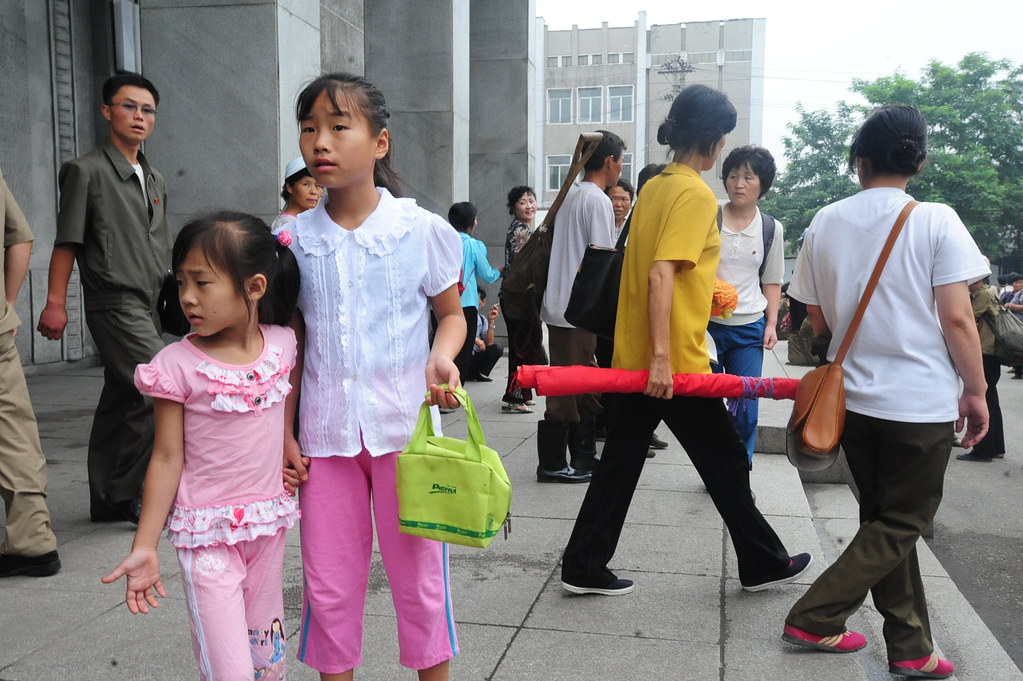