The cult of personality. That’s the term giving to folks like Mao, Stalin, Ho Chi Minh, Mussolini, Castro, and Kim Il-Sung.  It’s the idea of using mass media and propaganda to fuel the notion that a single human being is a god-like hero, a savior of the nation, and ultimately infallible. Detractors are not taken kindly to.

I would say that given North Korea is still virtually blocked from the outside world, there’s no better retained cult of personality left in the world than that of Kim Il-Sung, the first and “eternal president” of the DPRK. 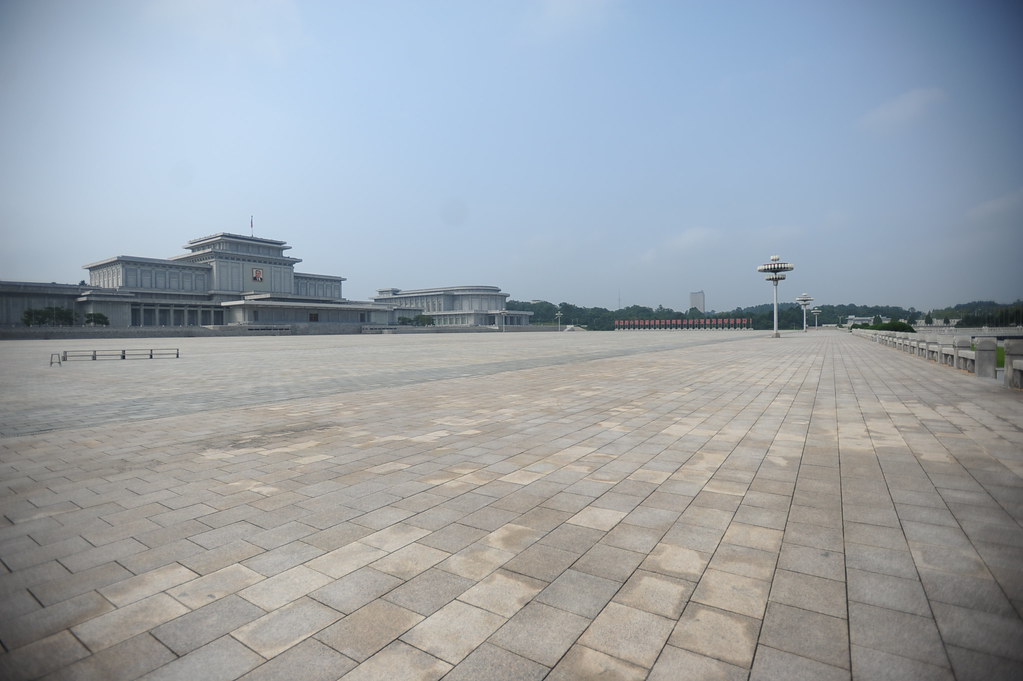 Kim Il-Sung Palace, outside of the mausoleum.

Imagine walking in a row of 4 people, down a long, giant, empty hall for about a minute towards an immense, over-the-top 20m high statue of Kim Il-Sung. Nationalistic music is triumphantly playing in the background; you feel like you’ve left the alternate universe of North Korea and entered another alternate dimension of Kim Il-Sung Land.  Once you reach the very front of the hall, about 3m away from the statue, a North Korean army officer commands you to stare at Kim Il-Sung, give pause for a few seconds and then bow. If your hands are behind your back or inappropriately placed, someone (like your tour guide) will forcibly move them so that they’re properly at your sides.

Afterwards, you make your way to the right where you’re given handsets that is supposed to be an audio guide but rather is a narrated dramatization of the outpouring of grief the North Korean people suffered as you’re forced to look at bronze reliefs that span an entire wall depicting sad people. How they managed to get a chap with a British accent to narrate the dramatization is beyond my understanding.

Then you enter a chamber where giant suction cups on both sides create an inverse wind tunnel so that all the lint and dust are sucked away from your clothes. And at your feet, there are mechanically rolling brushes that scrap away the bottom of your shoes clean.

Finally you enter the mausoleum chamber where you see an embalmed, pickled Kim Il-Sung lying in rest on a pillow, draped with the flag of the Korean Workers Party. You are commanded to stand in rows of 4 to look at Kim Il Sung from all 4 sides and required to bow those 4 separate times before leaving the chamber. Failure to comply may cause an international incident.

No cameras, no laughing, no talking, no smiling and you must dress up. This isn’t Kansas anymore. 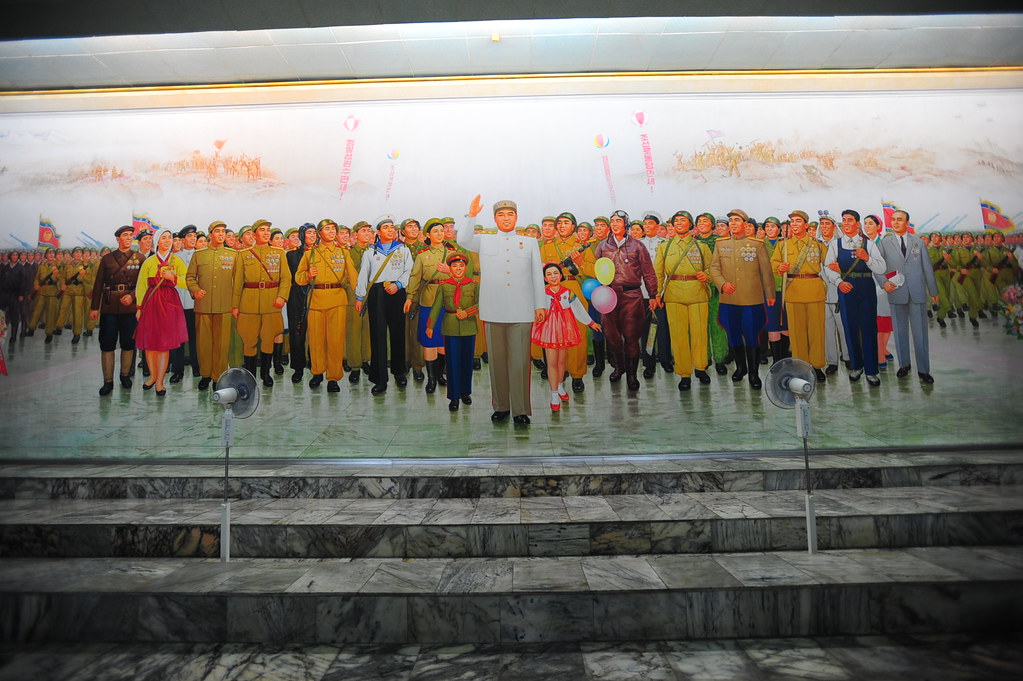 The big man on campus. 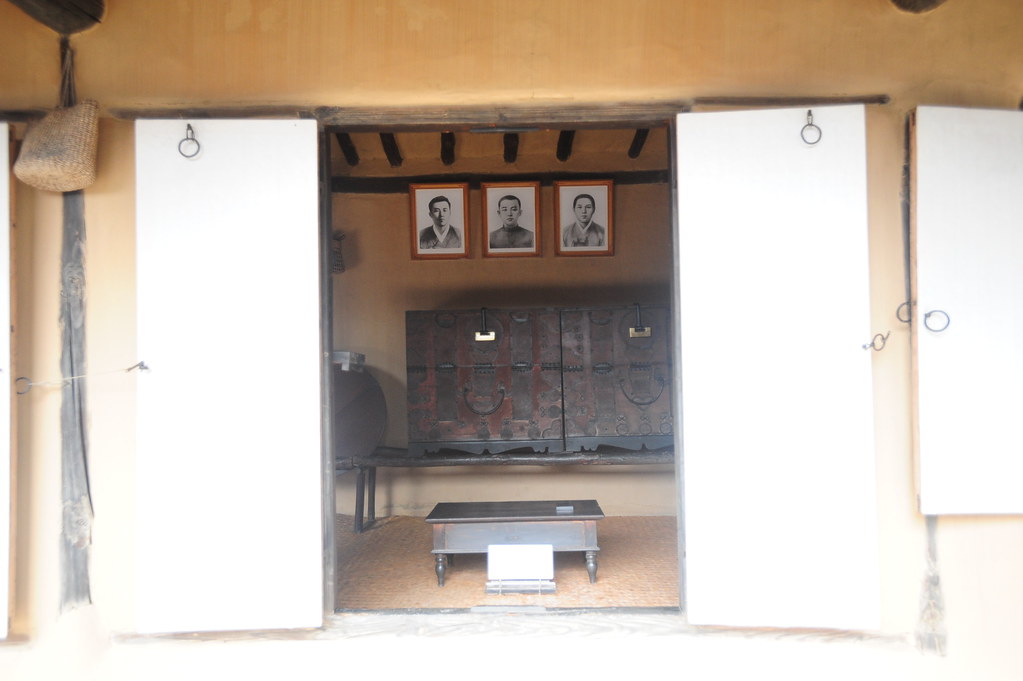 I will postpone my entry on the Arirang mass games for tomorrow when I return home as there’s a lot of stuff on there that requires more uploading (videos, pictures, etc.). I will give a heads up though, the Arirang Mass Games is quite simply, the greatest show on Earth.

In the meantime, I present to you what I call “lo-fat Arirang”, which is when we were taken to the Children’s Palace. 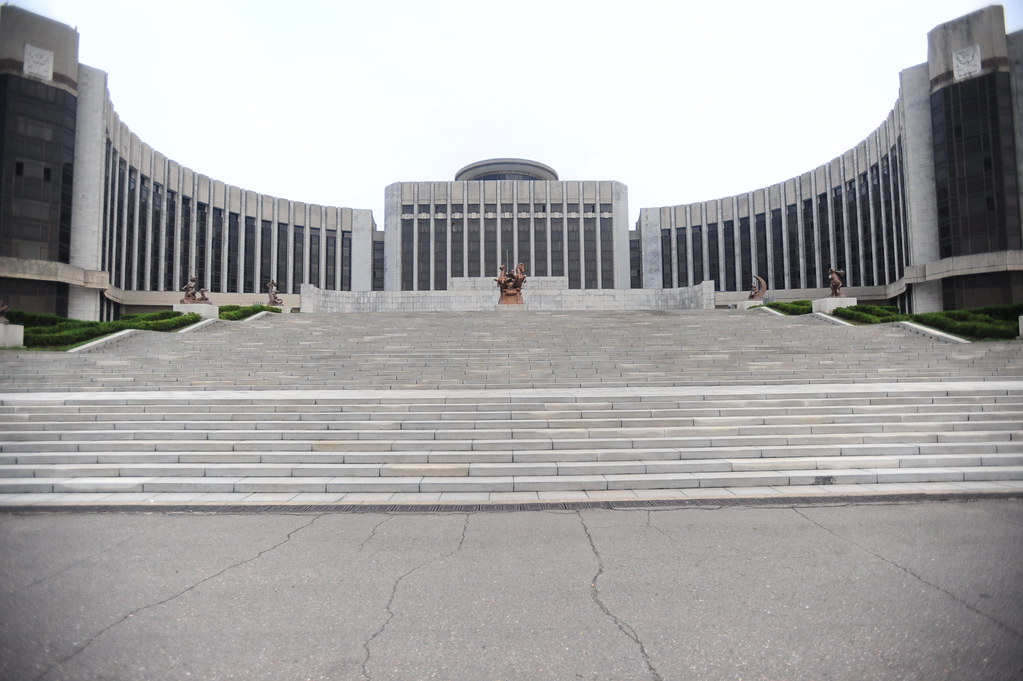 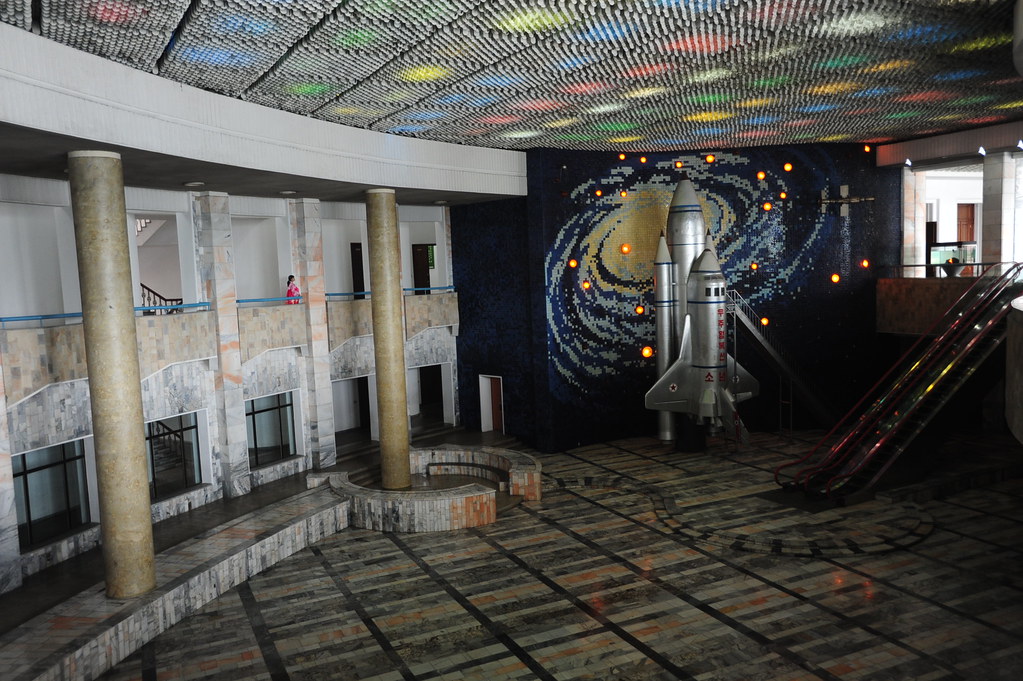 It’s a performing arts school where after morning classes, gifted students head here to perfect their respective artistic talents whether it be various forms of performing arts (drums, violin, ballet, gymnastics, voice, accordions, xylophone, ho-heup, etc.) or visual arts. We visited classroom to classroom where we were given brief performances during their “practice times.” 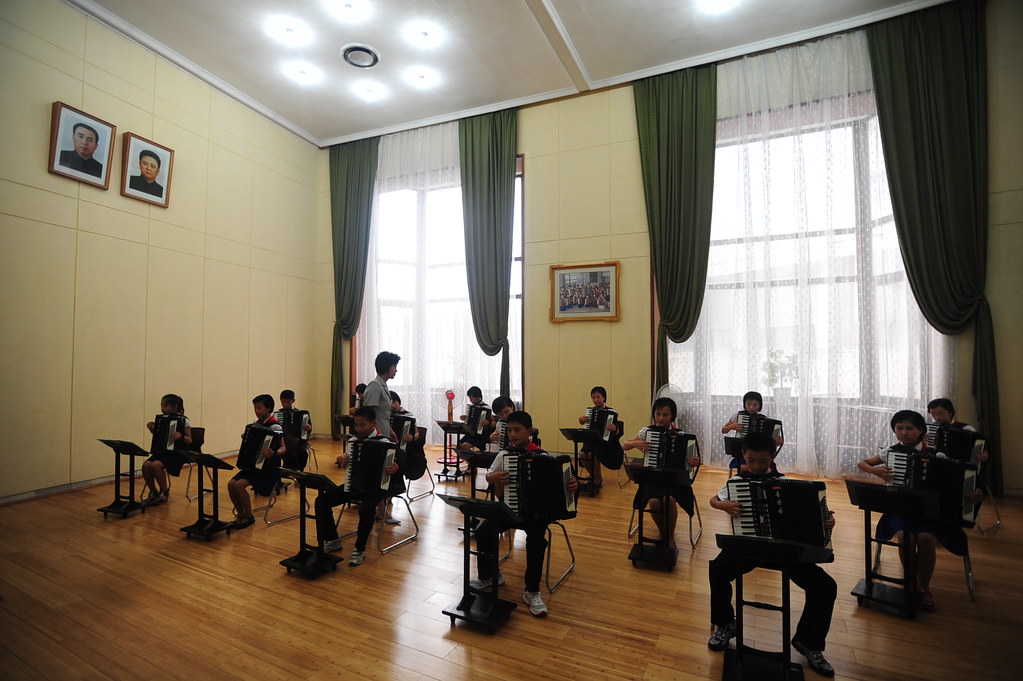 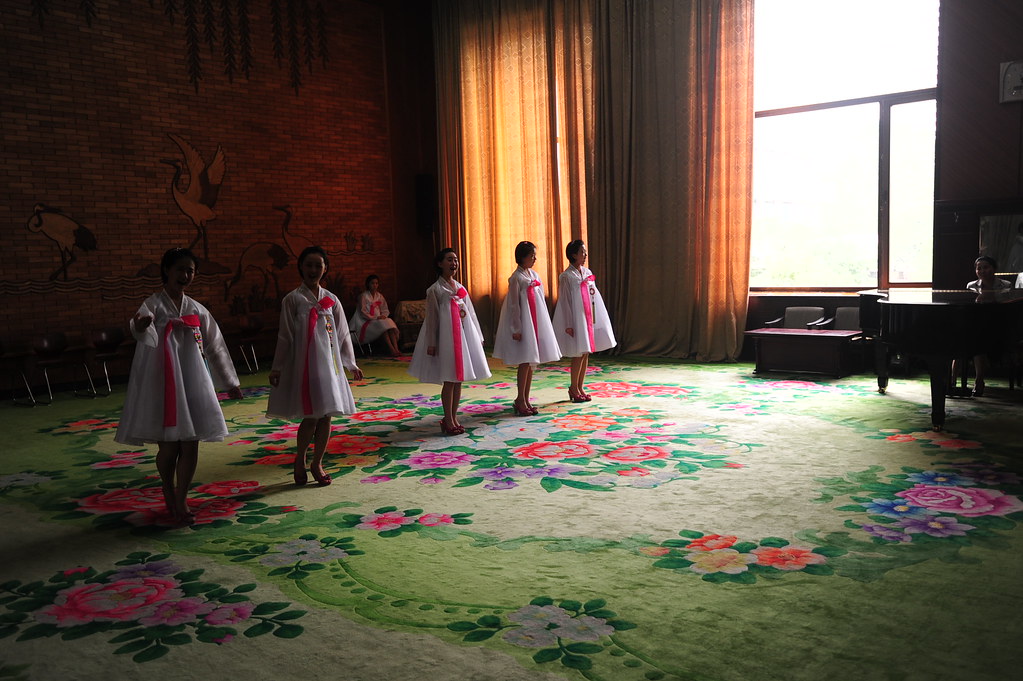 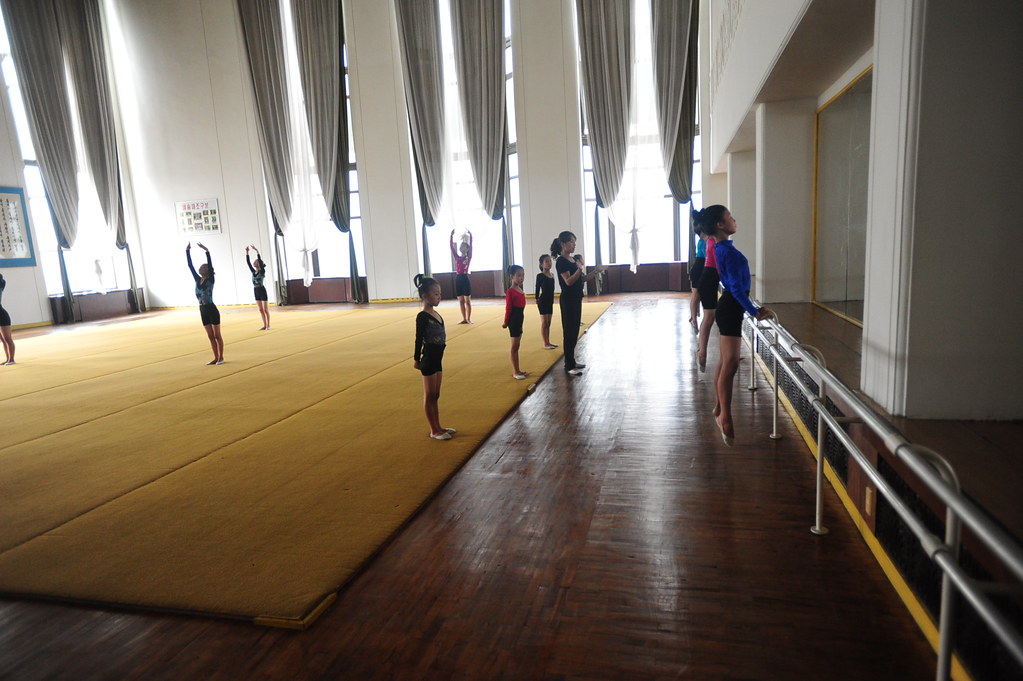 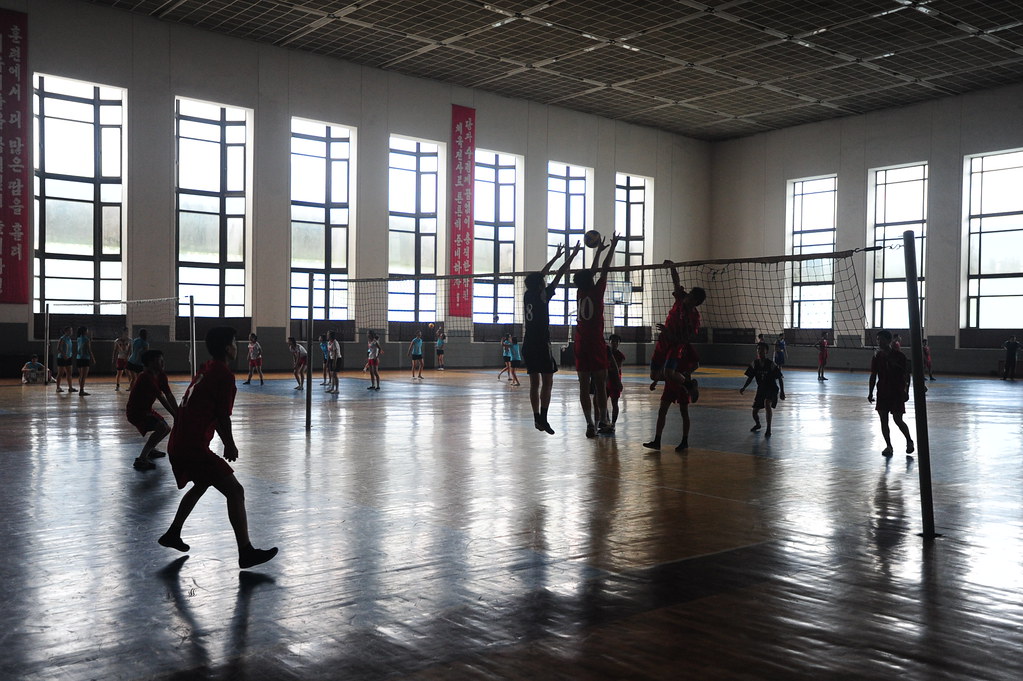 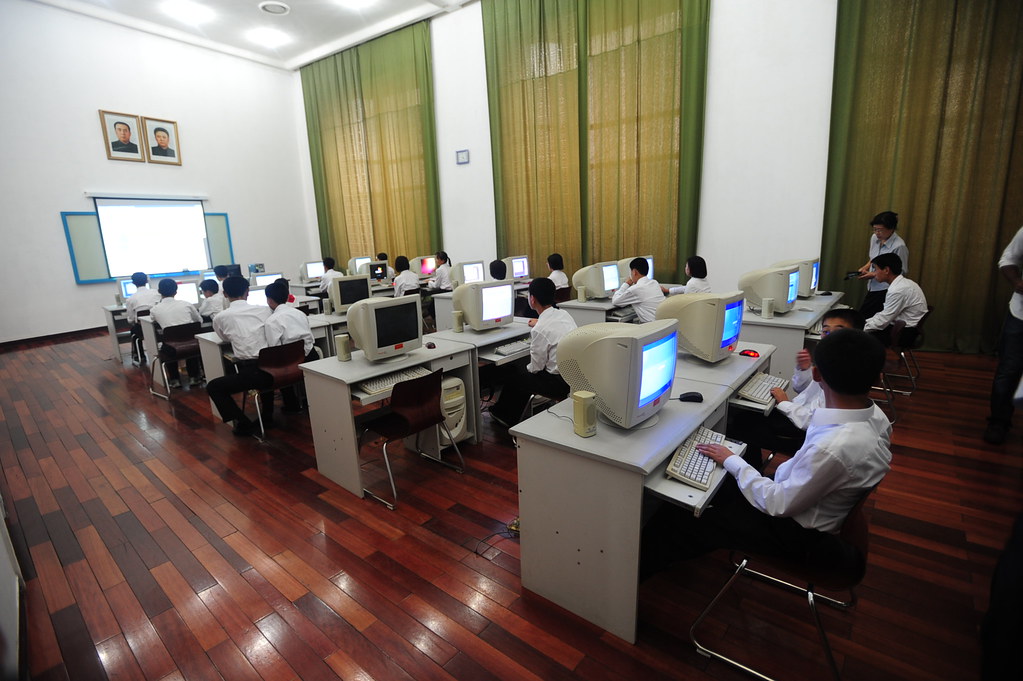 After this tour, we were treated to a formal grand finale performance in their main auditorium. Although not quite on the level as Arirang, the performance left us wondering whether these young children were being fed steroids. Every single performer was beyond gifted; they exuded such unreal expressions on their faces that I didn’t know whether to be scared, mesmerized, or both. 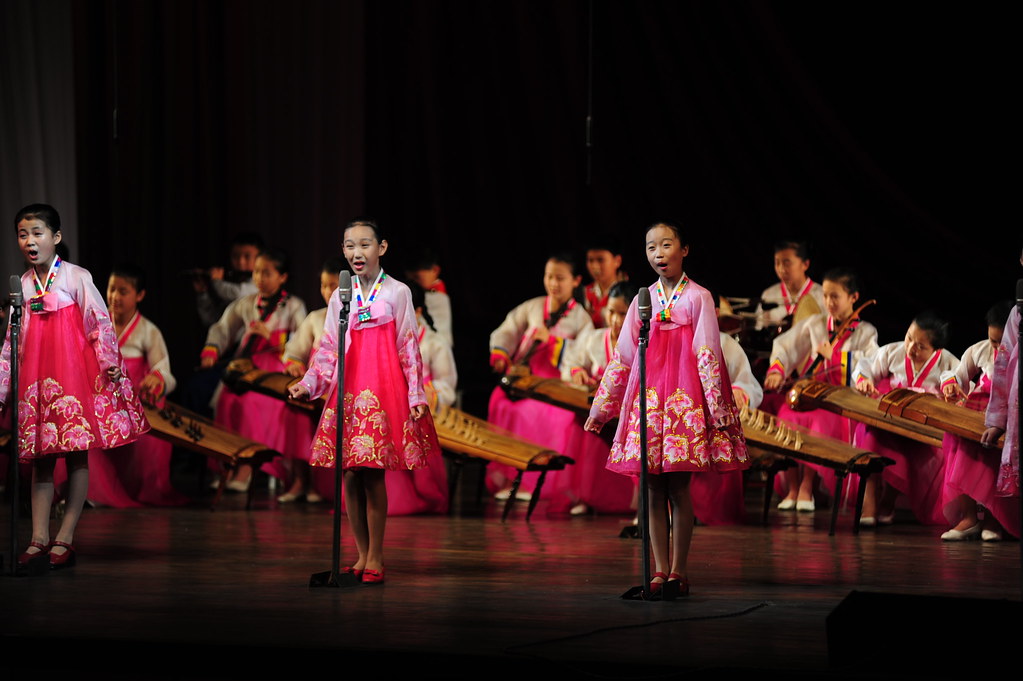 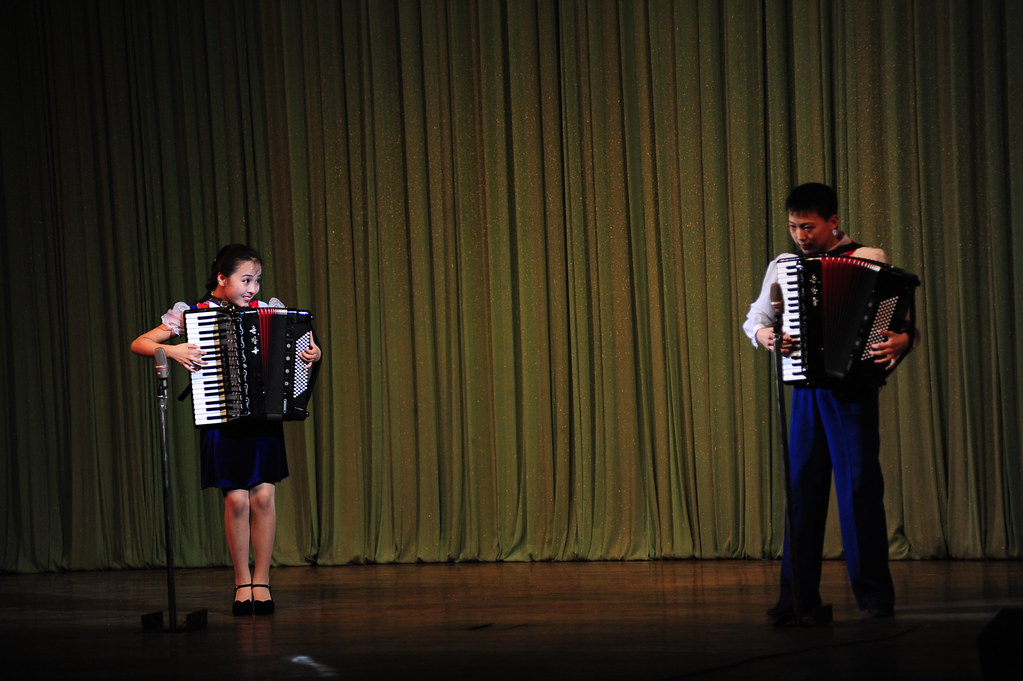 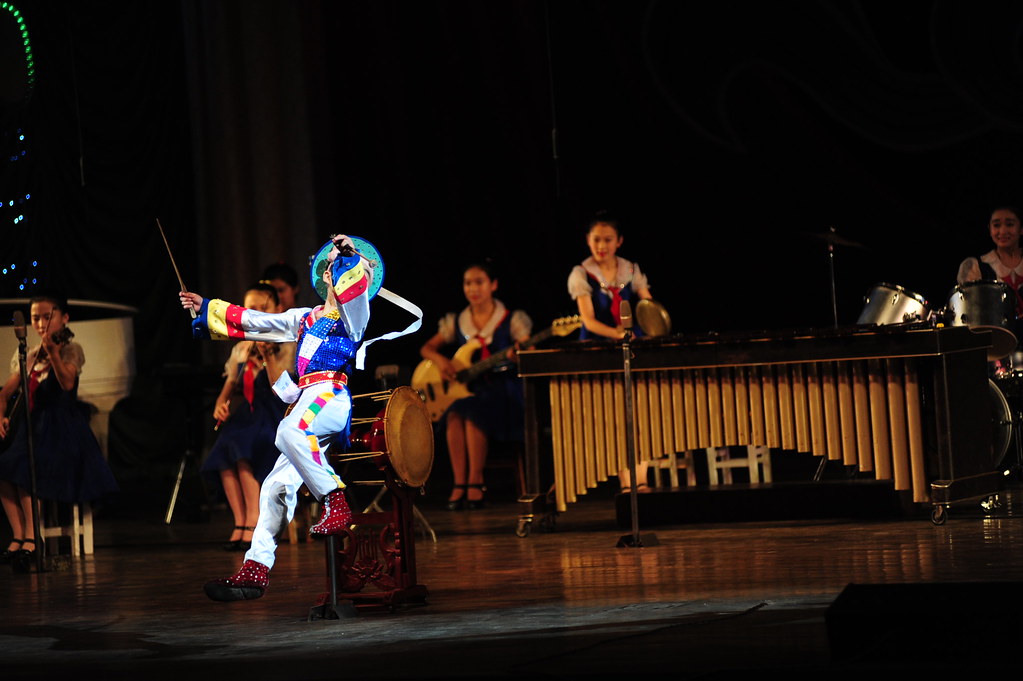 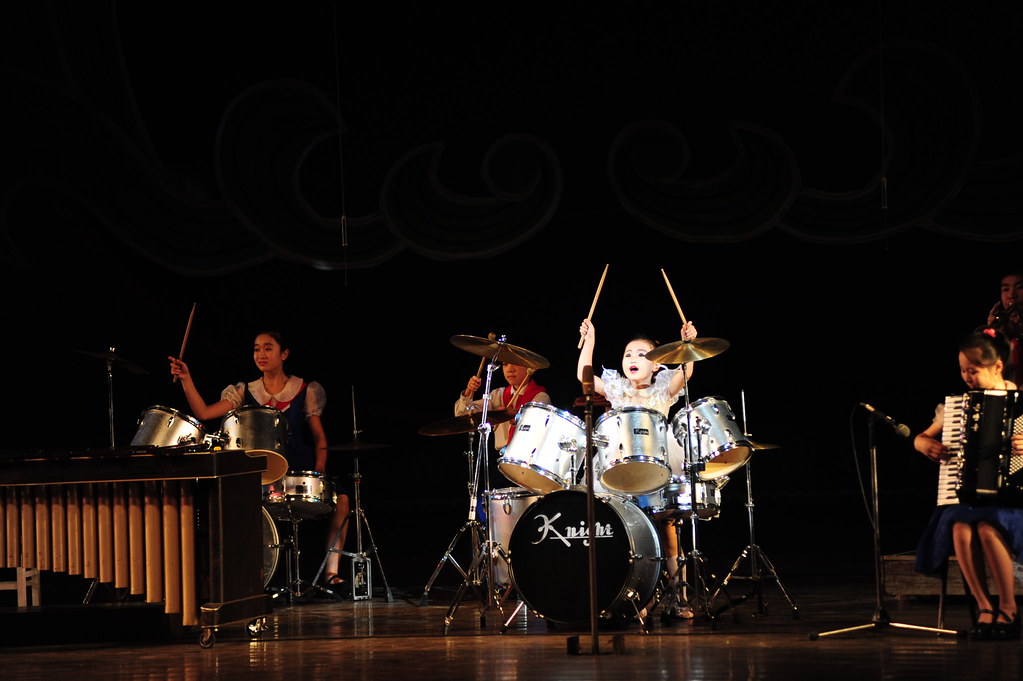 This young genius percussionist started rocking the ho-heup drums, then ran to destroy the xylophone, then ran to annihilate the drums. 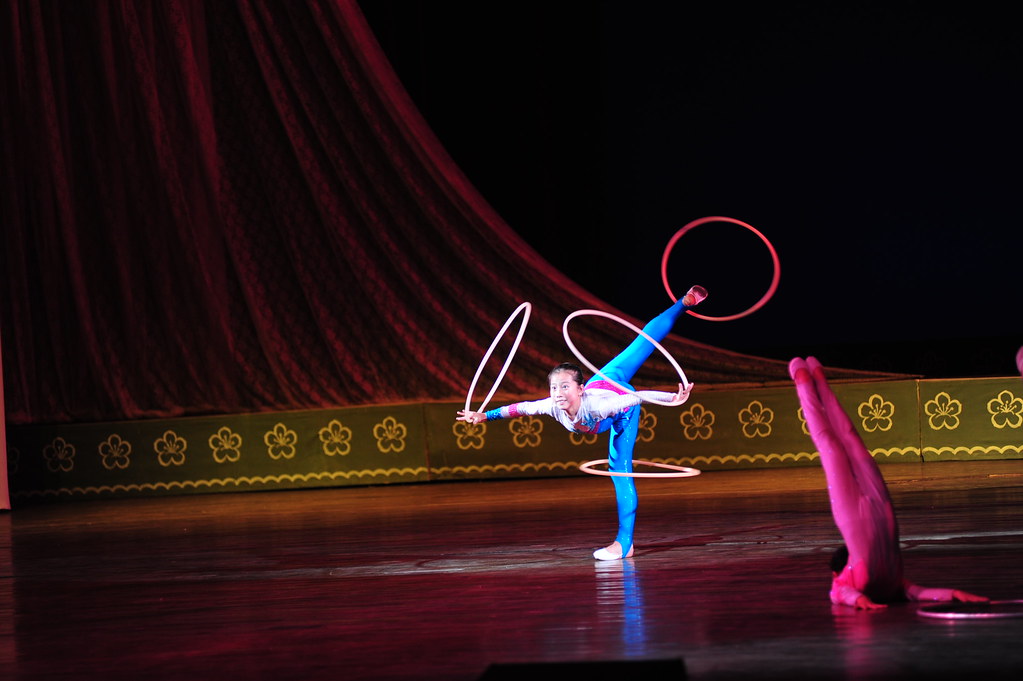 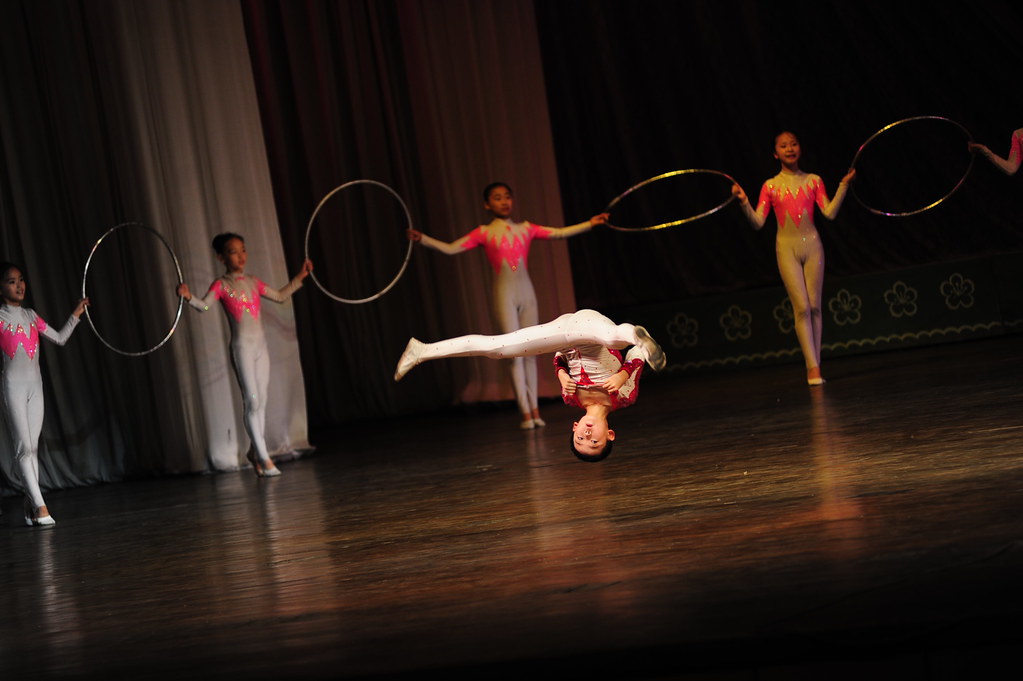 Consider the above my little preview to the Arirang Mass Games. If you don’t know what Arirang is yet, ponder this: 100,000 performers in the largest stadium in the world, where giant HD-quality pictures you’d find on a giant LED display in the United States are instead replicated by 30,000 children each holding a colored card (what we would call a “card stunt” but more elaborate).

On the floor, 70,000 performers go nuts on some of the craziest and most physical choreography you probably will ever see in your life. You can think of it as the Beijing 2008 Olympics Opening Ceremony on acid. Or you can read more about it here.

My entry on the Arirang Mass Games will go up sometime tomorrow. You wouldn’t want to miss it.