The Heart Of North Korea

What trip to Pyongyang would be complete without seeing the structures that represent the very soul of North Korea? We take a look at central Pyongyang and Kim Il-Sung square, the heart of its communist movement and the 16th largest city square in the world. 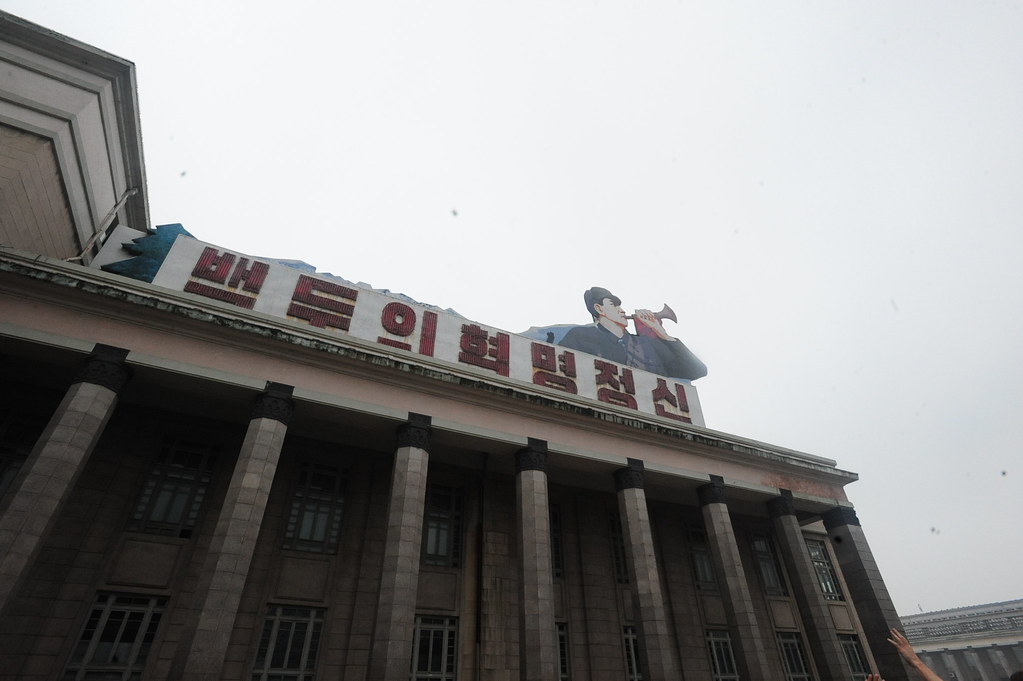 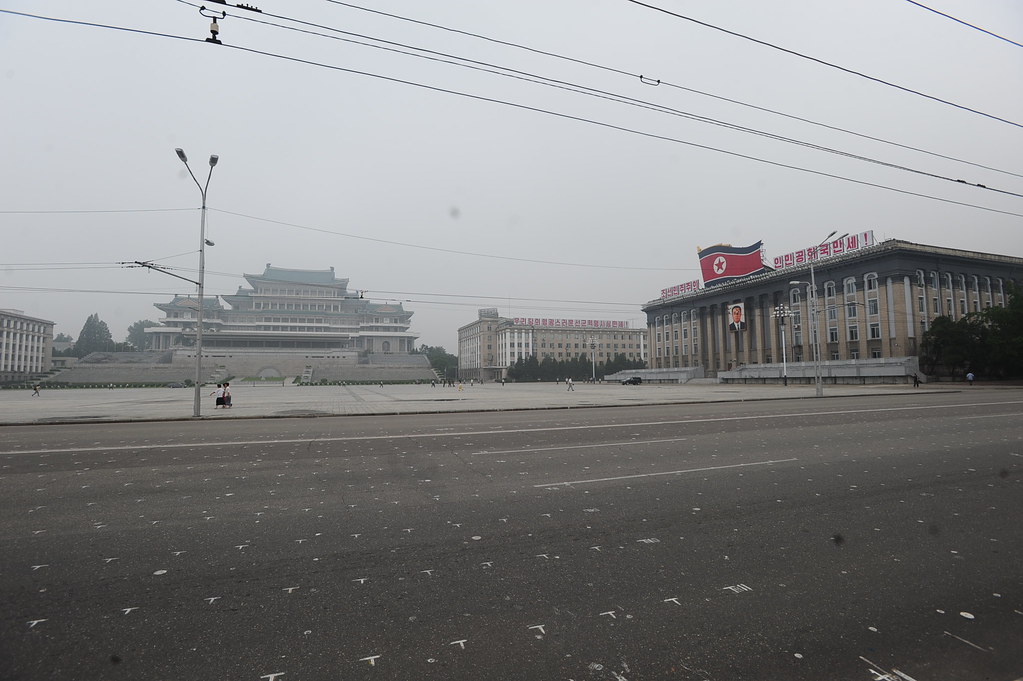 In a way, think of China’s Tiananman Square but without people (and tanks). Where in Tiananman Square you can feel nationalistic pride emanating from the concrete, in Kim Il-Sung Square you feel like you just arrived at a big party at really nice place but nobody else got the invitation. The place is clean, impressive, and empty. In a way, you appreciate its immensity more for the fact that it’s so vacant.

I do have to point out though, it is easier to keep track of foreign tourists when there’s nobody but the tourists wandering about the square. Hence this would explain how 2 separate traffic officers jumped to question us when we crossed/jaywalked an empty street unaccompanied (I think they were worried about our safety). Despite this our tour guides came to the rescue and took care of business; just like in any other country a traffic cop has nothing on former army officers. 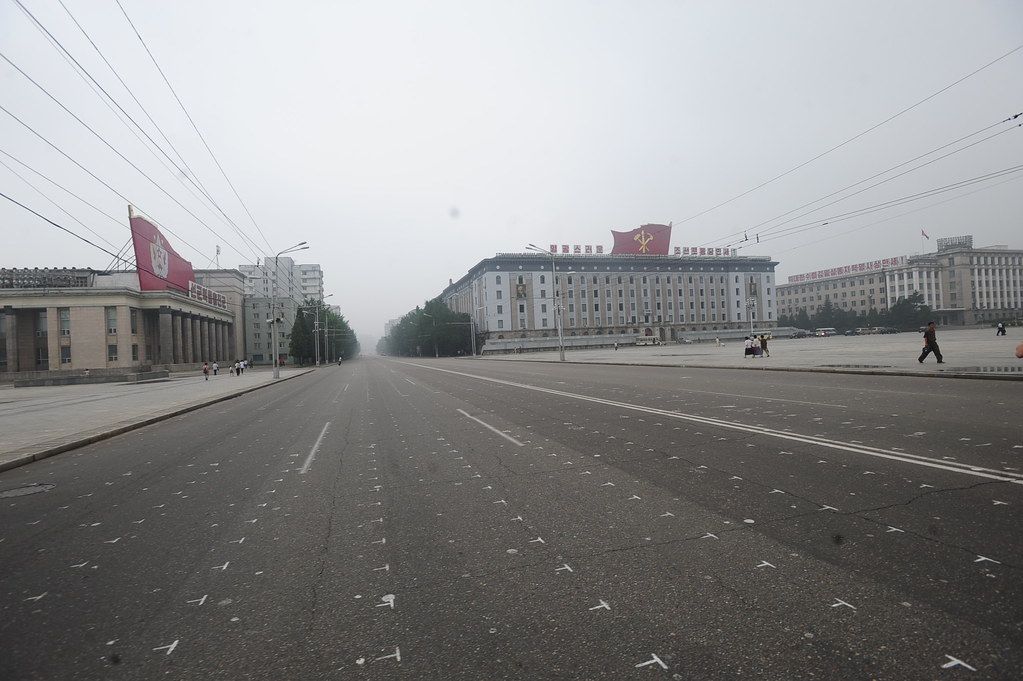 We achieve the unimaginable: unaccompanied jaywalking (without guides!) in Pyongyang! 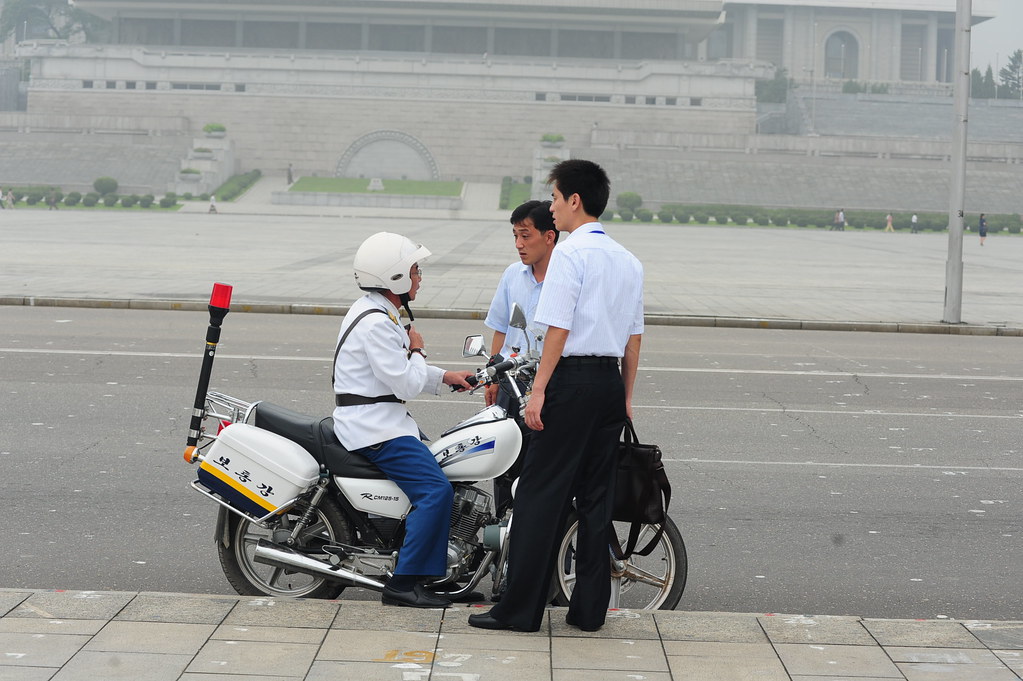 ...then our tour guides got in trouble for letting us do that. 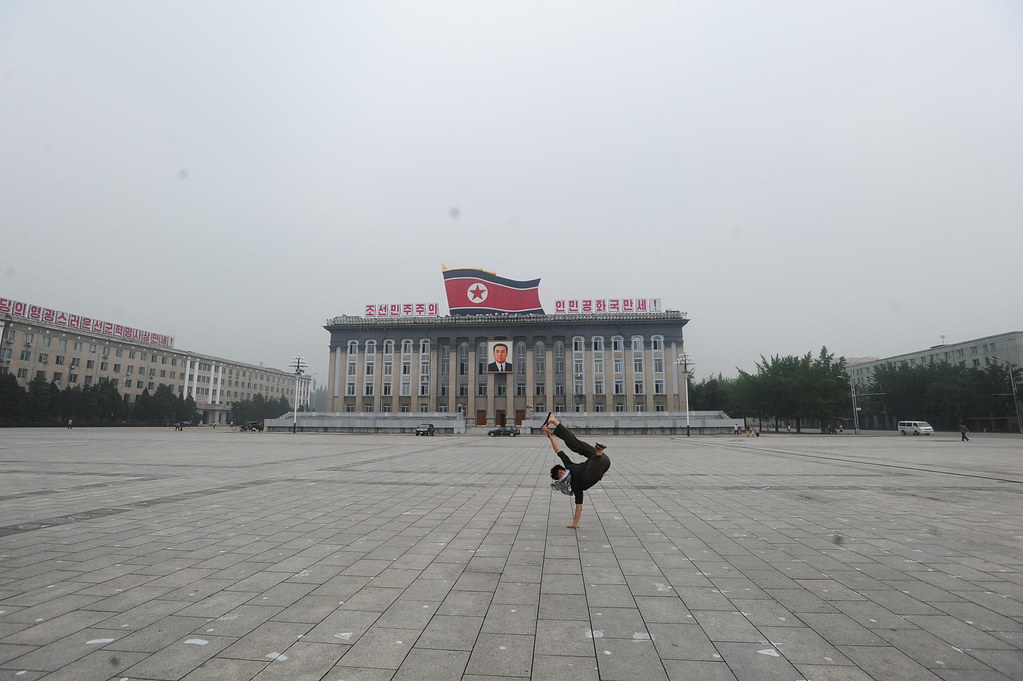 In the distance you can also make out the Tower of the Juche Idea, erected in honor of Kim Il-Sung’s “Juche” political philosophy where he instituted a doctrine of “self-reliance” for North Korea. Branching off of the socialist philosophies of Marx and Lenin, Kim Il-Sung took a step further and determined that it would be ideal for a communist nation like North Korea to be entirely independent from the rest of the world. That meant having a strong military, no need for trade, no reliance on natural resources from other countries, and becoming completely self-sustainable. North Korea would instead depend on its own natural resources to survive.

In other words: “Korea first.” I leave it up to you whether you think it was effective. 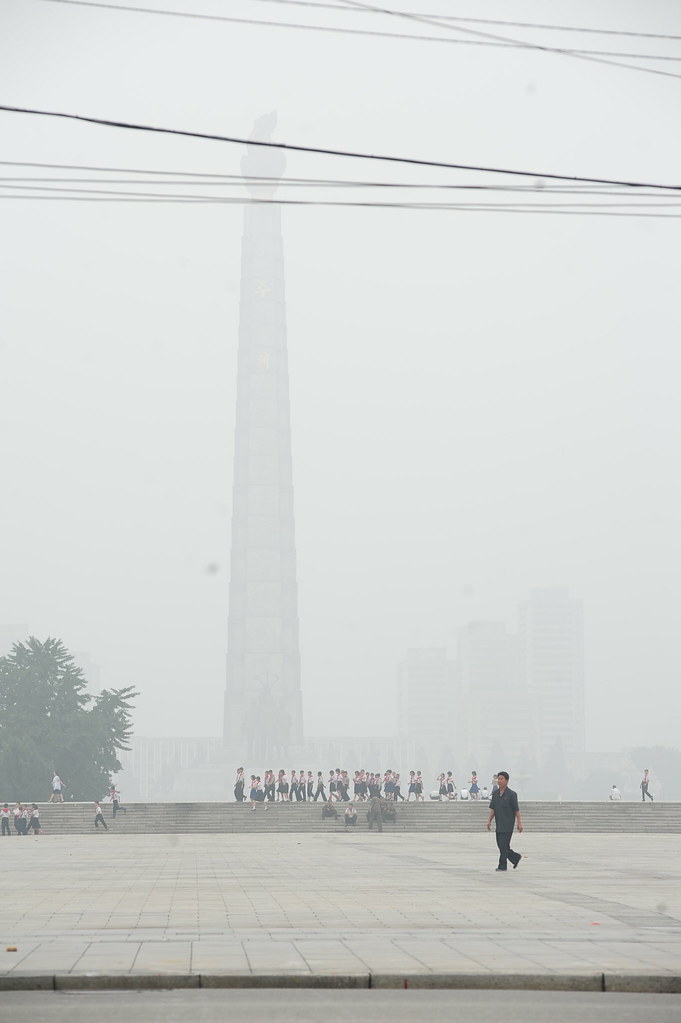 The Tower of Juche Idea in the distant haze. 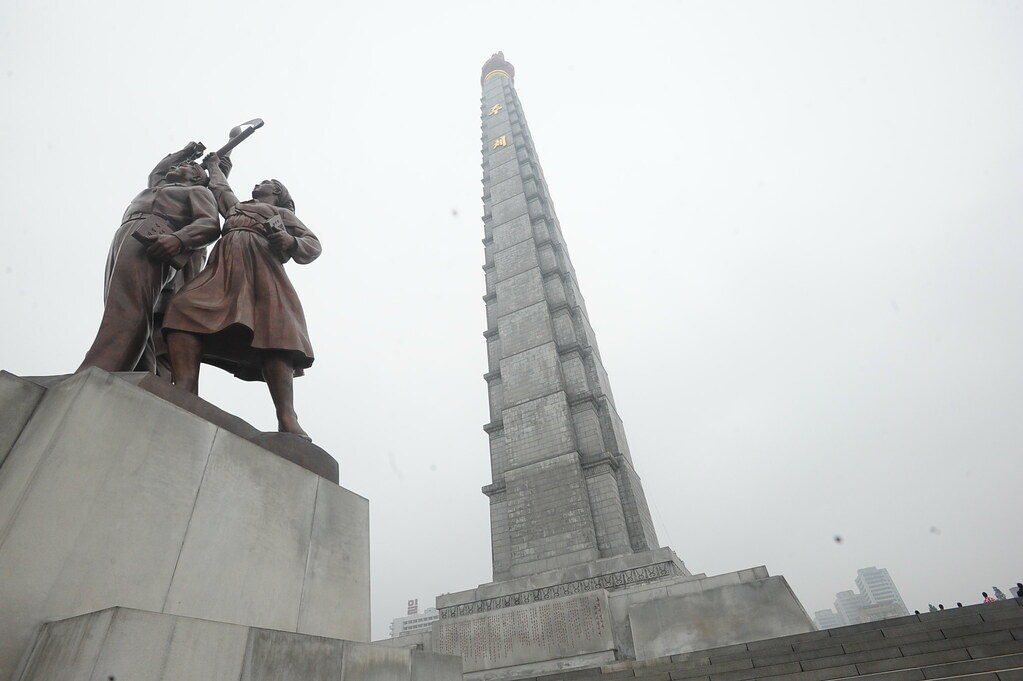 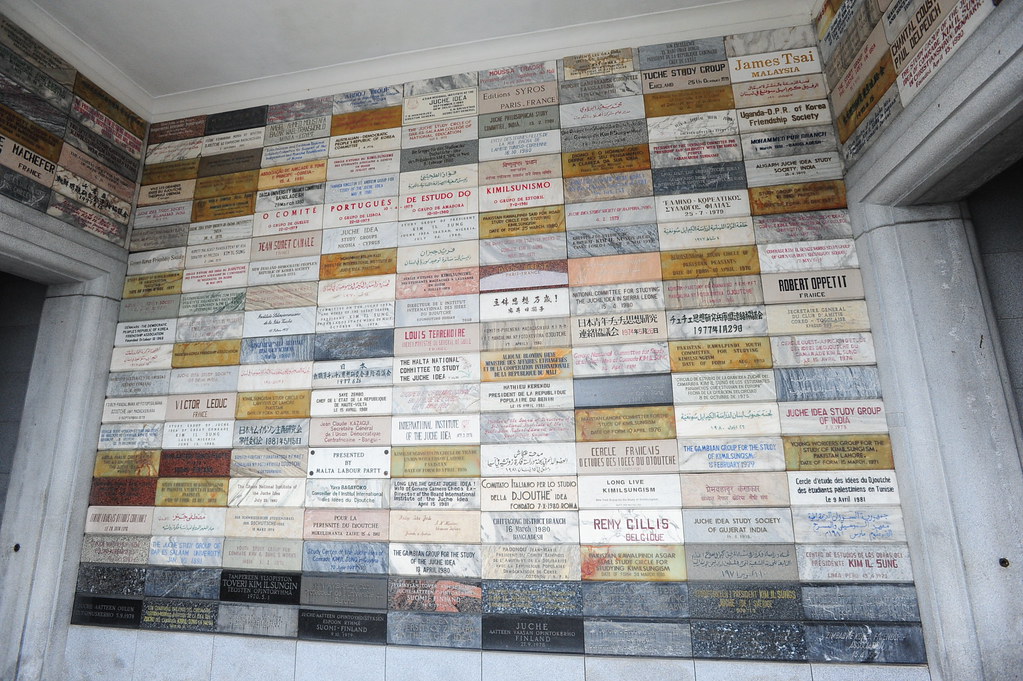 The entrance of the Tower of the Juche Idea is filled with displays of support from Juche organizations around the world. 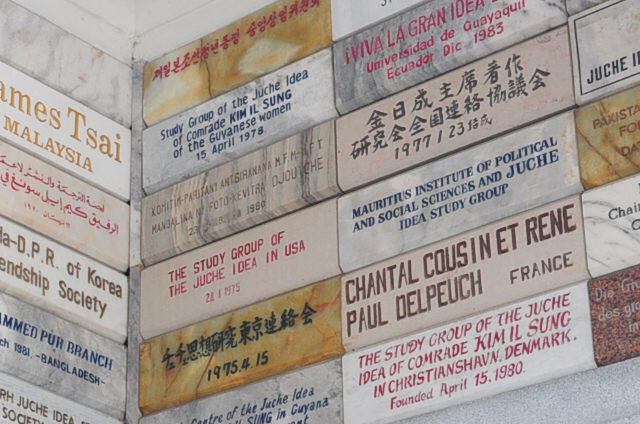 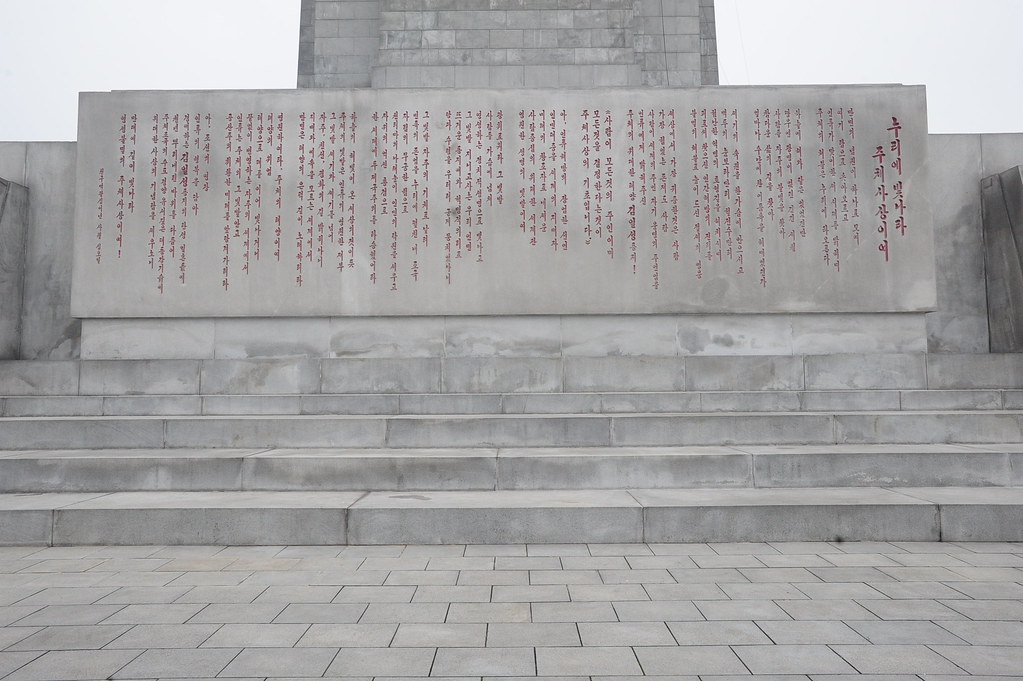 The Juche Idea in Korean 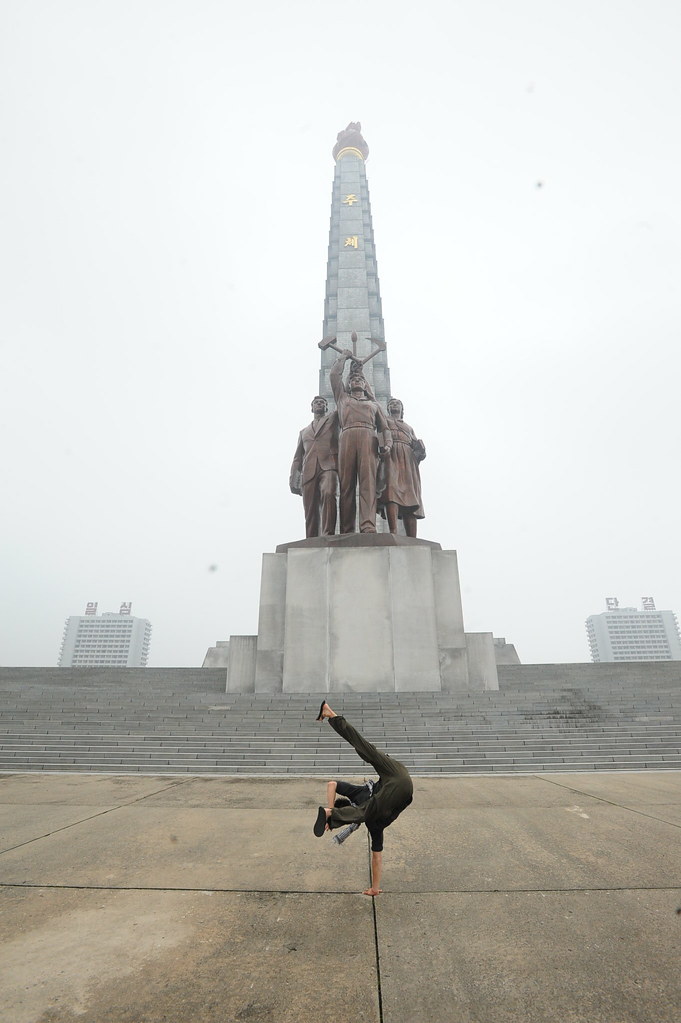 The Juche Idea just got served.

Keep walking along and you’ll come across the Monument to the Korean Worker’s Party. 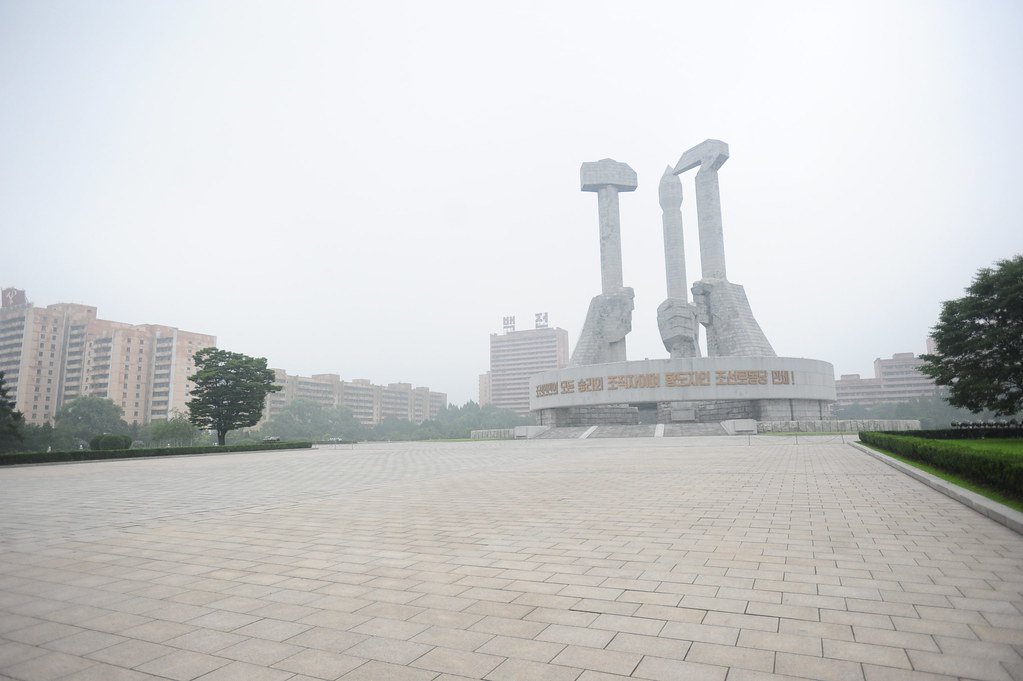 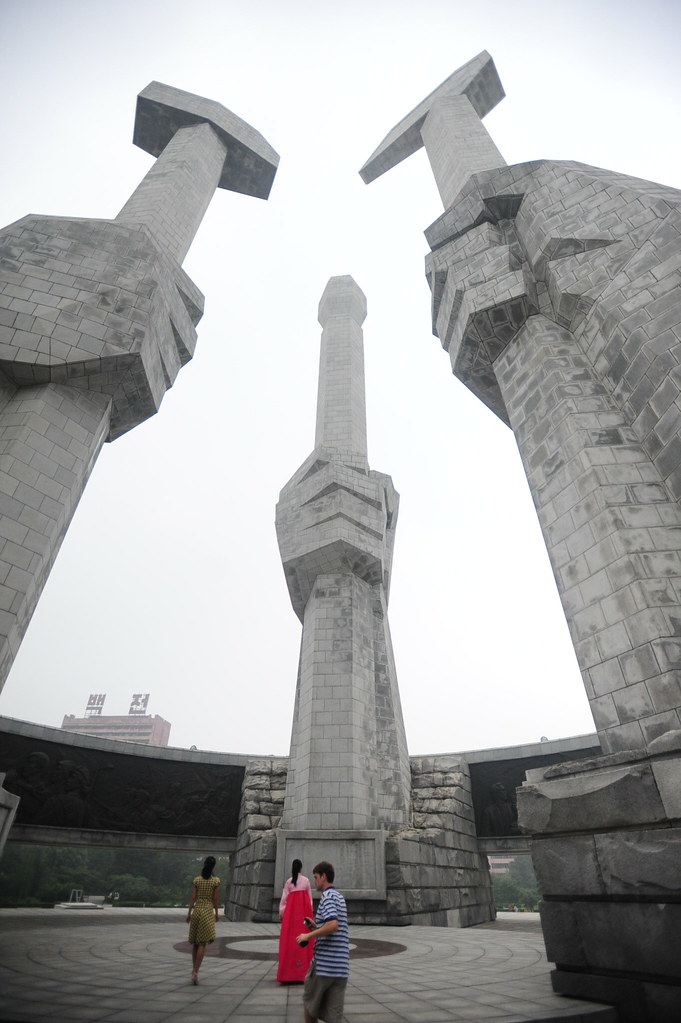 We also were shown around the U.S.S. Pueblo, the only captured vessel of the U.S. Navy. Back in January 1968, the North Koreans captured the research vessel claiming that the ship strayed well within their borders (The U.S. of course would claim that the Pueblo were well within international waters). Regardless, the crew of the Pueblo were captured, imprisoned, tortured, and eventually released to the United States. The U.S.S. Pueblo, however, would be kept as a trophy where to this day it remains as a war museum. 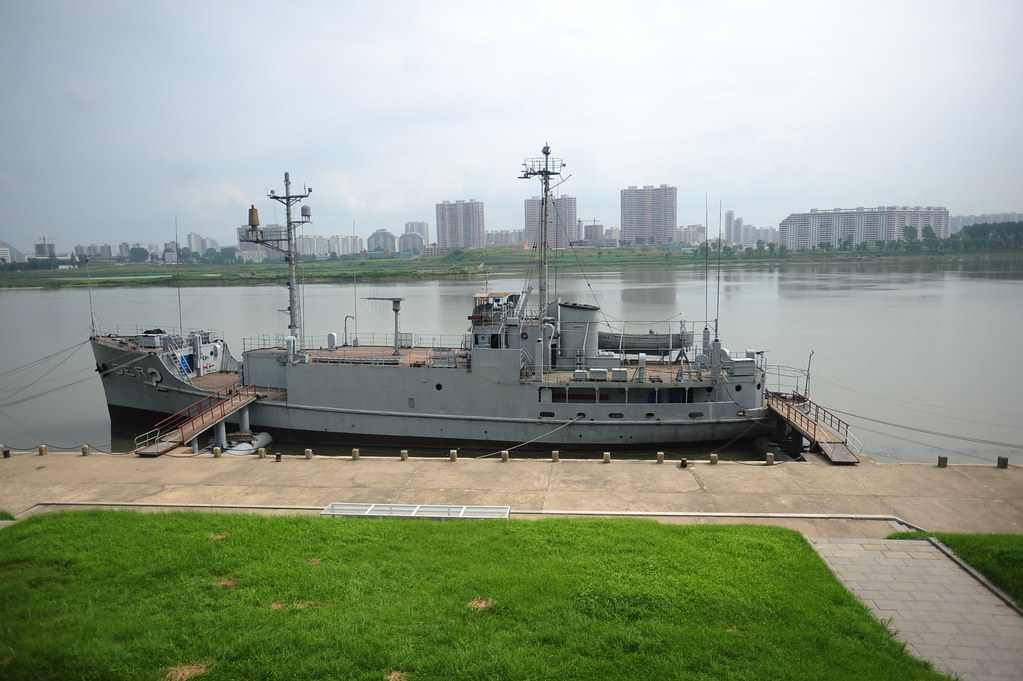 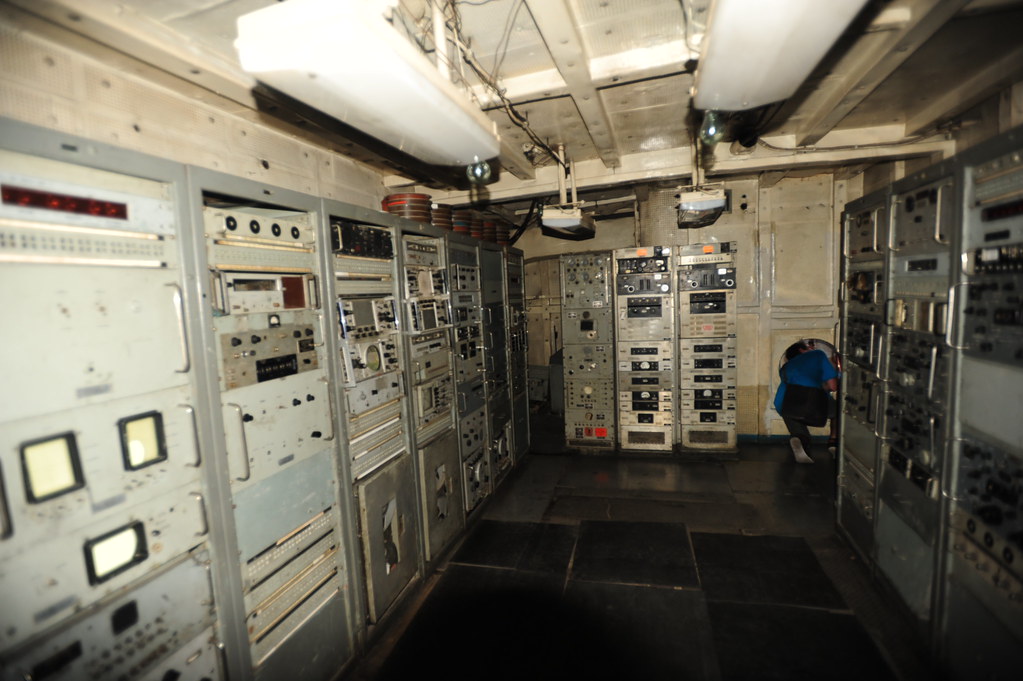 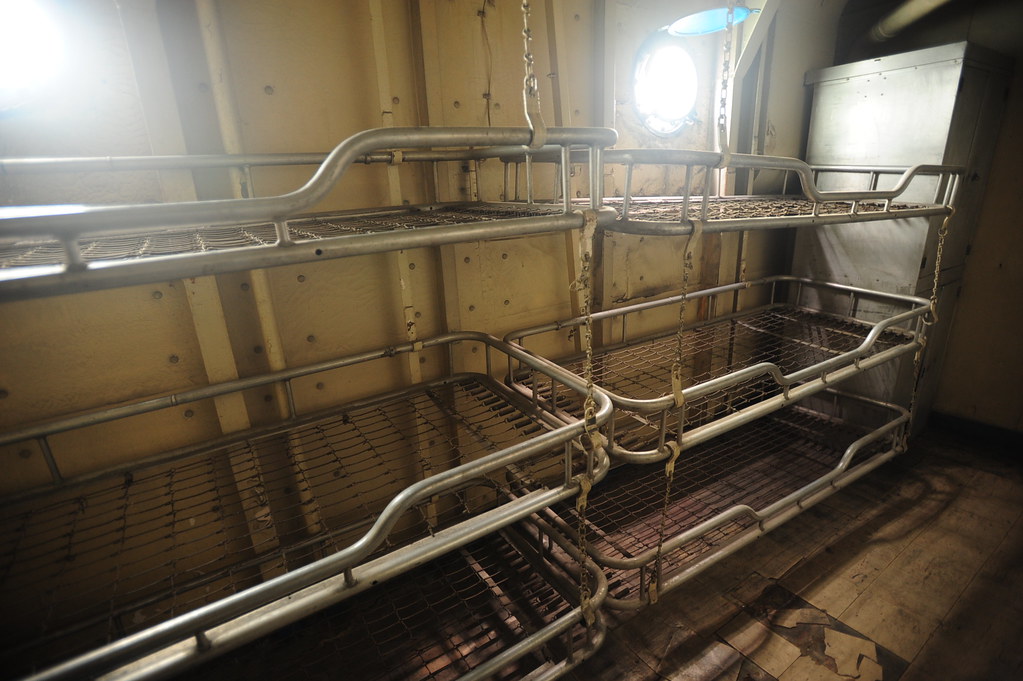 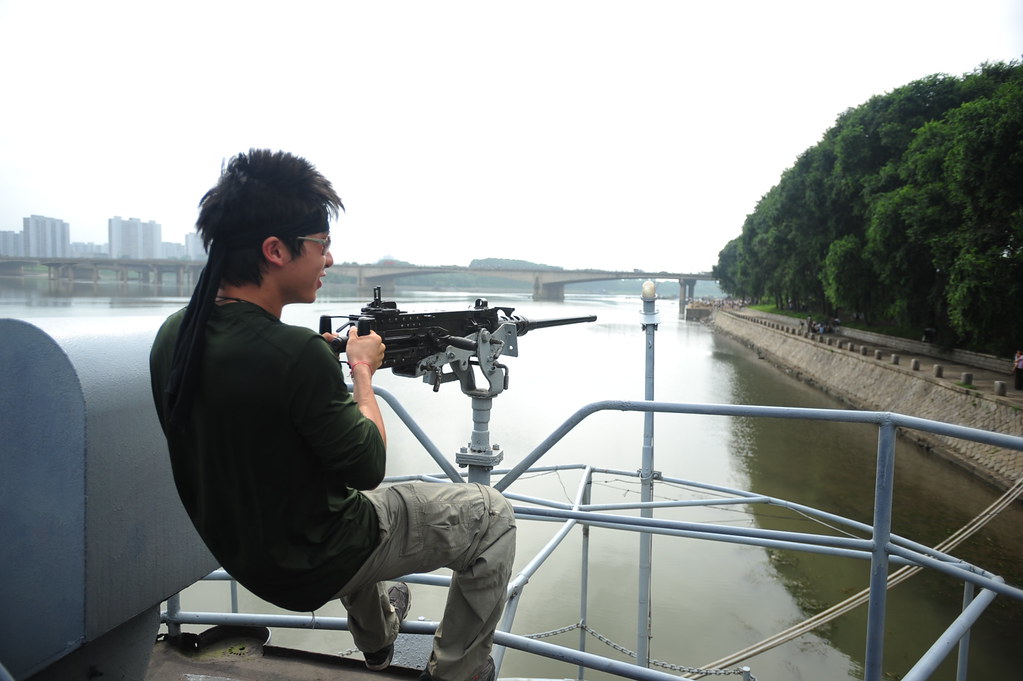 We also made a brief visit to the Revolutionary Martyr’s Cemetery where our group was asked/required to leave flowers (we pretty much didn’t have a say here). Although relatively straightforward, the interesting thing about the place is that each and every tomb had a detailed bust of the individual, so we got to know what they looked like. At least in North Korea, we know that in death you’re given your respectful dues. 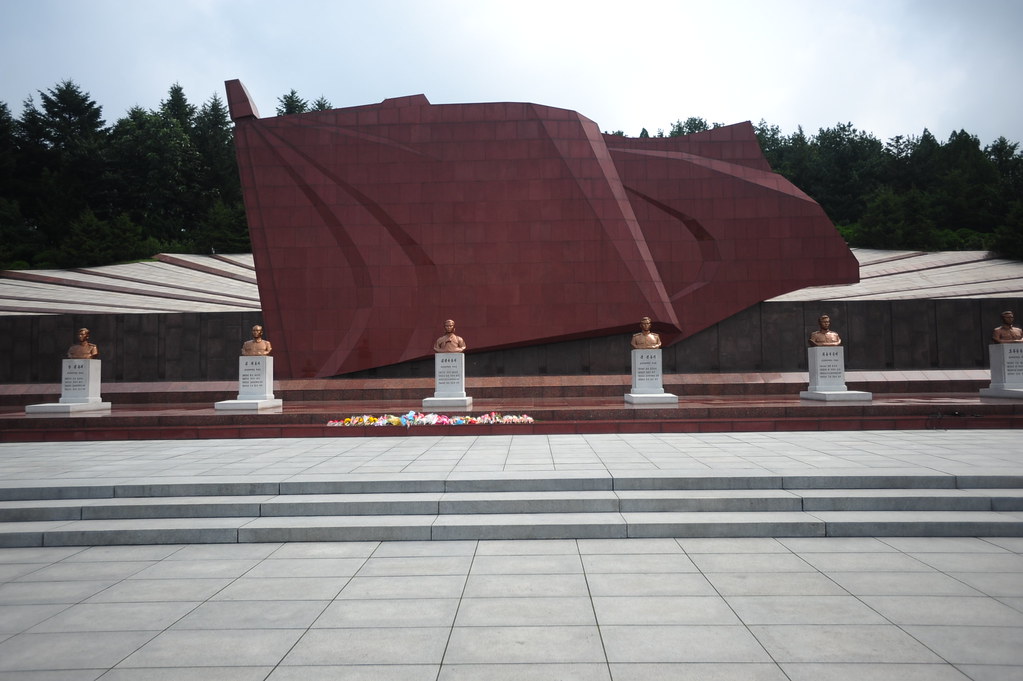 Balancing out the heaviness of these symbols, we were then driven to a shooting range where — yes, you guessed it — we got the chance to say we shot guns in North Korea. For 1 euro you get 3 pistol bullets for target practice, whereas for 4 euros a bullet you get a old WW2 style rifle to kill a caged pheasant. If you kill or even graze the pheasant, you get to keep it for dinner.

Thankfully (or guiltily, because some of us did try), none of us killed a pheasant. But that didn’t stop one of our tour guides from killing one for himself and sending it home to his wife.

I went ahead and got 8 bullets for my pistol. My first time shooting a gun would be in no other place but in North Korea: 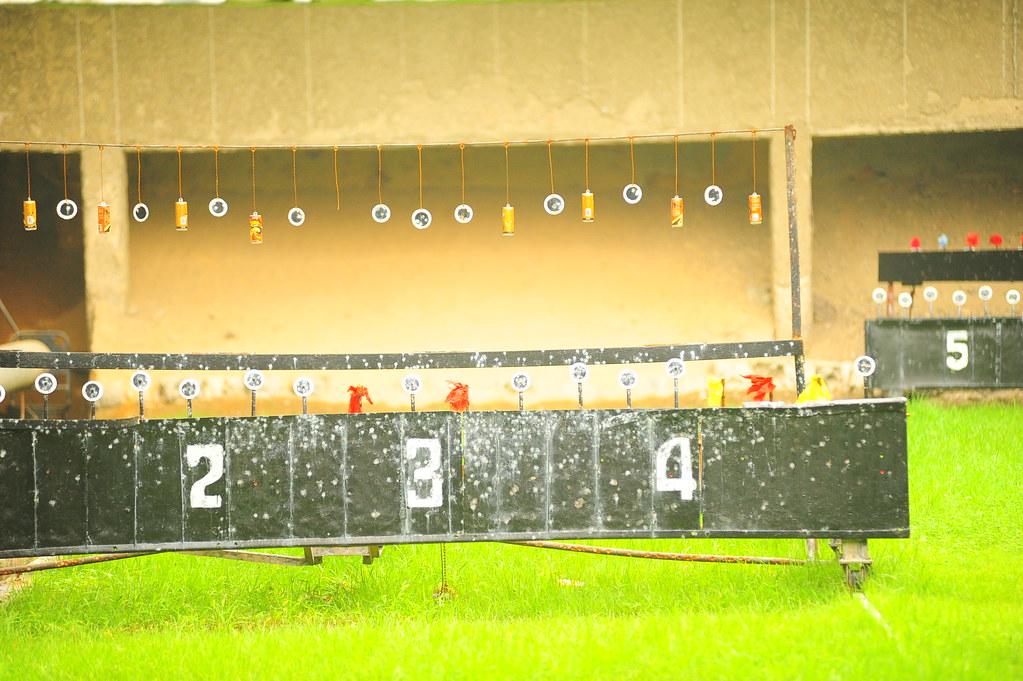 We also visited a North Korean movie studio where they were very proud to point out that unlike the move studios in America, the North Korean sets were not facades but “in 3-D.” We didn’t know how to respond so we played dress up for 1 euro each: 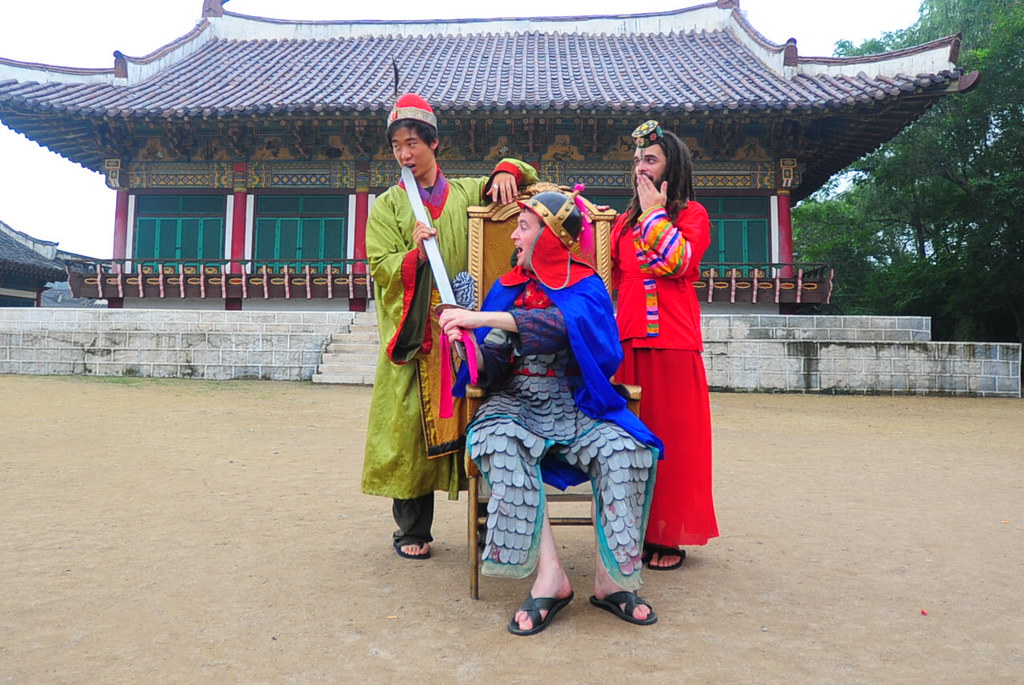 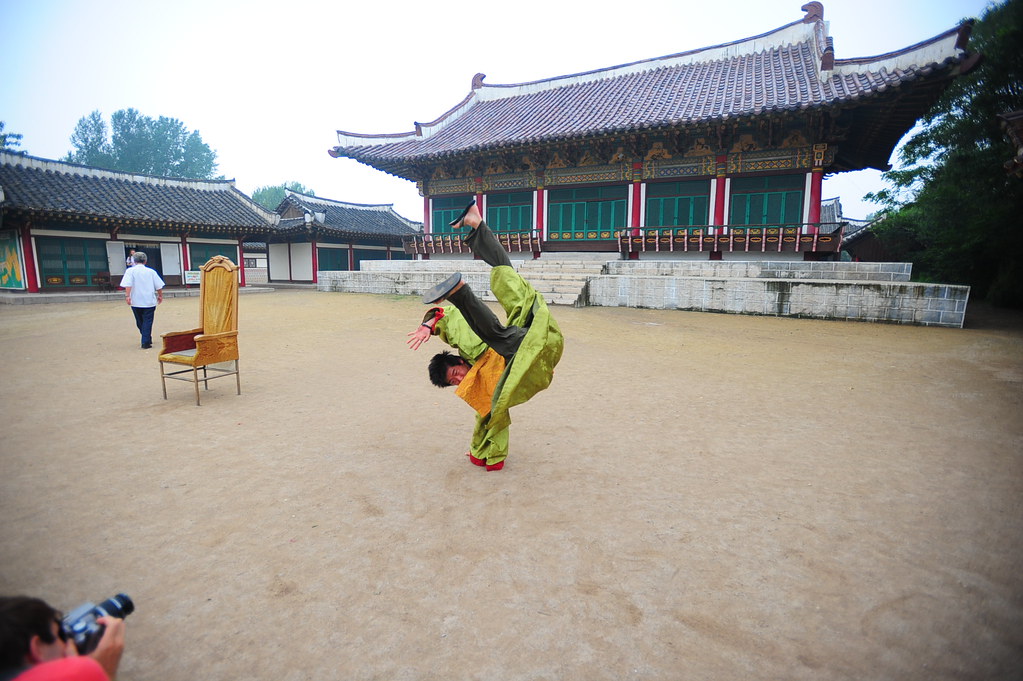 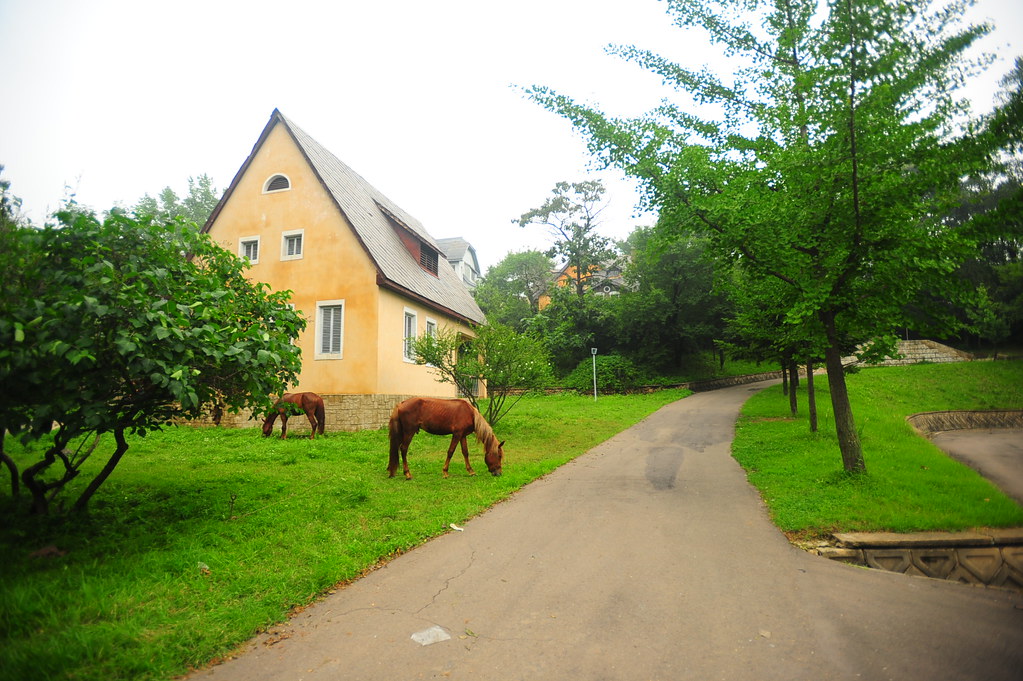 In case the North Koreans wanted to shoot a scene in Europe...

Afterwards, we drove a bit around Pyongyang where I took a few pictures of “everyday” life in the city. 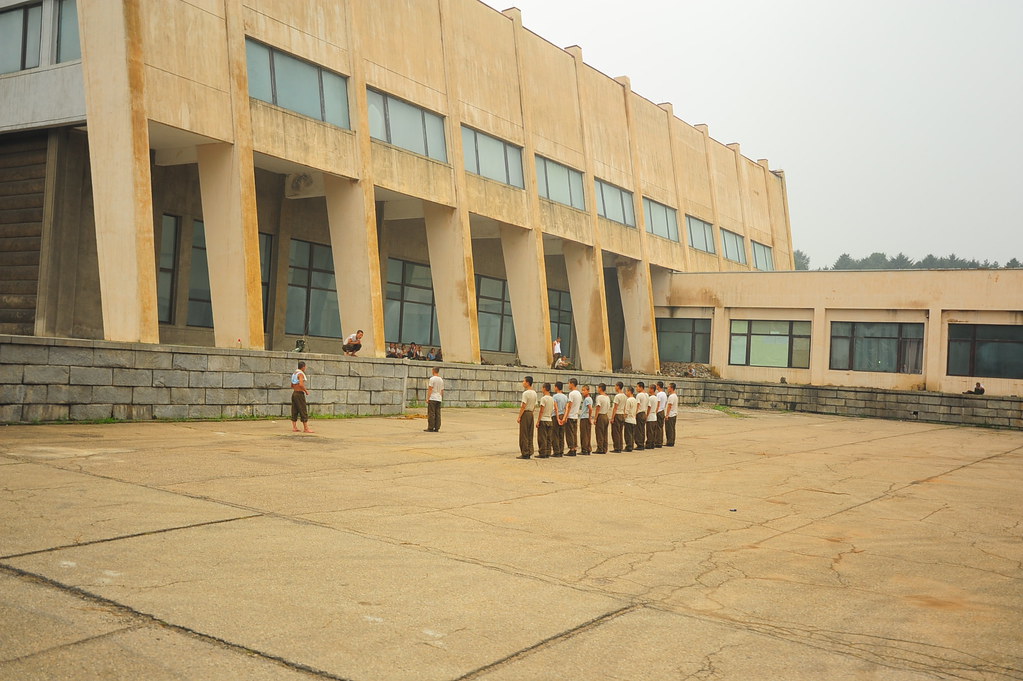 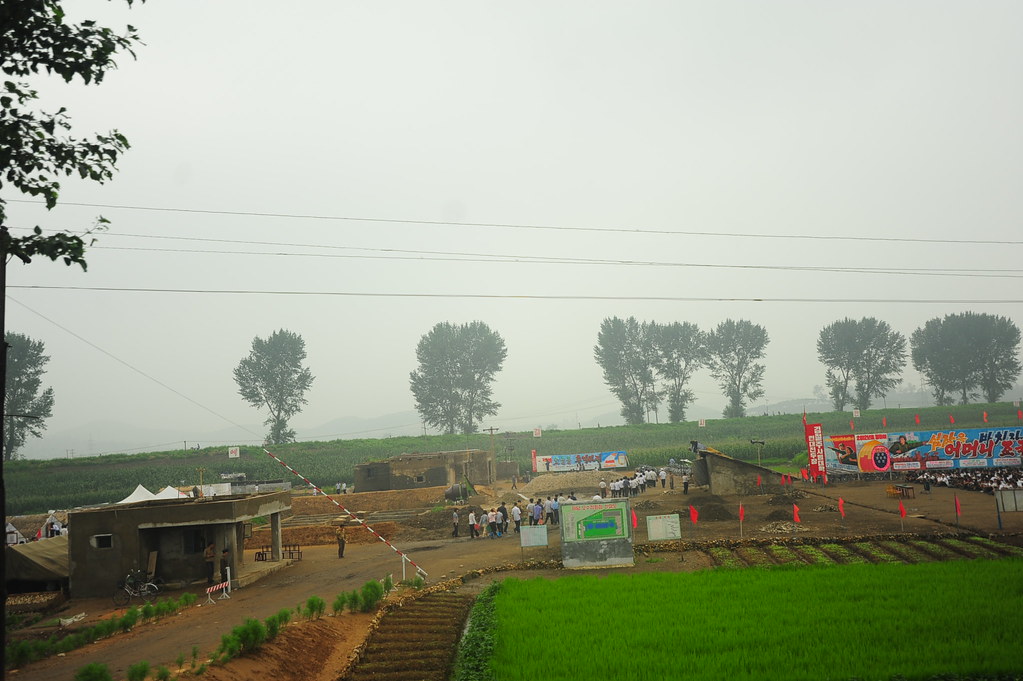 Your guess is as good as mine on what's going on here.