They must really have something against us foreigners. Possible evidence of phone tapping in our hotel room: 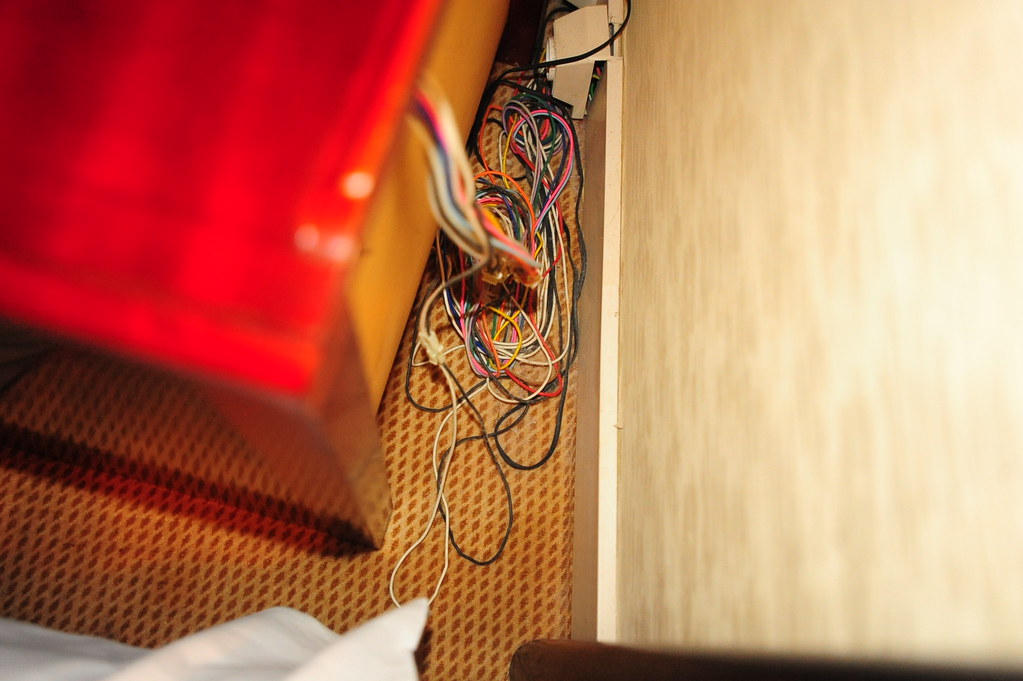 Do you really need these many wires to work 1 analog phone?

But really, the level of self-love North Korea displays is greater than the more subtle aspects of the Burmese newspaper. Where in Myanmar I only saw it in its printed press, in North Korea it’s everywhere (and shameless), including its calendars: 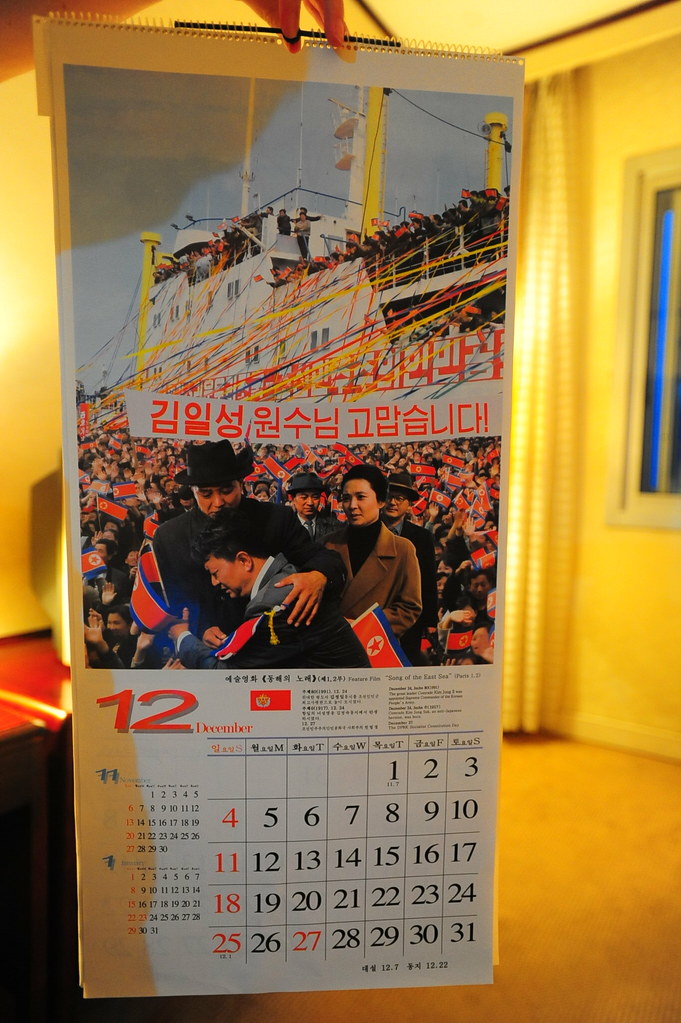 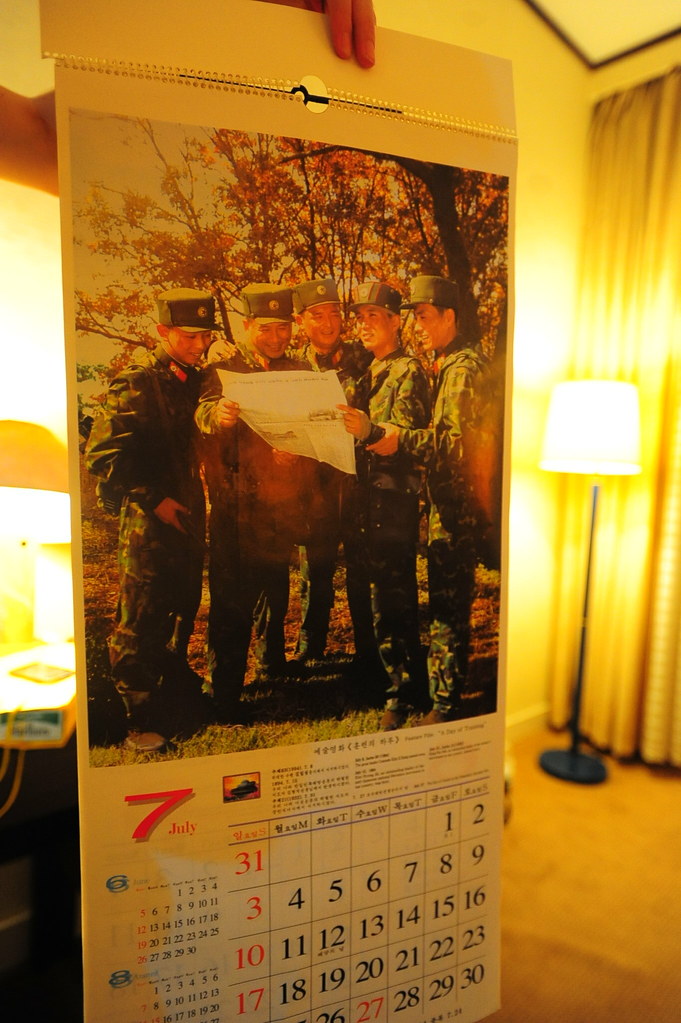 "Freedom of the press!"

Its weekly magazines are filled with praise for its leaders and pictures of its “invincible army” (according to its captions). 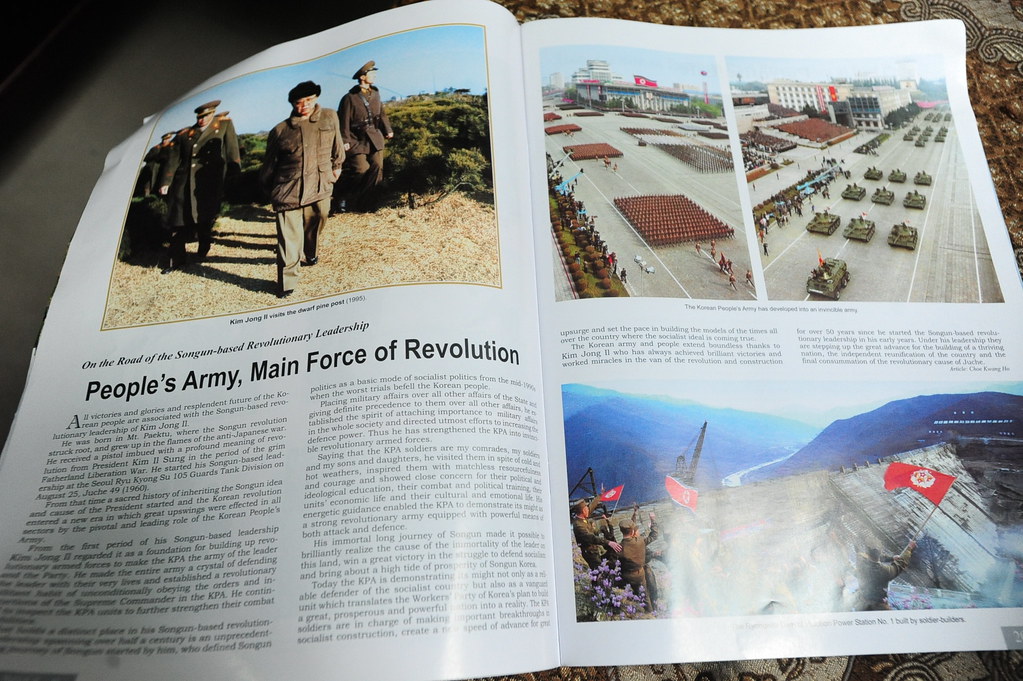 There is also heaps of praise for the working people, especially this article which profiles a mine where all its workers happened to be born in 1975. It suggests that such boundless luck certainly signals good auspices for the future of the North Korean economy. I suppose this stuff could be inspiring. 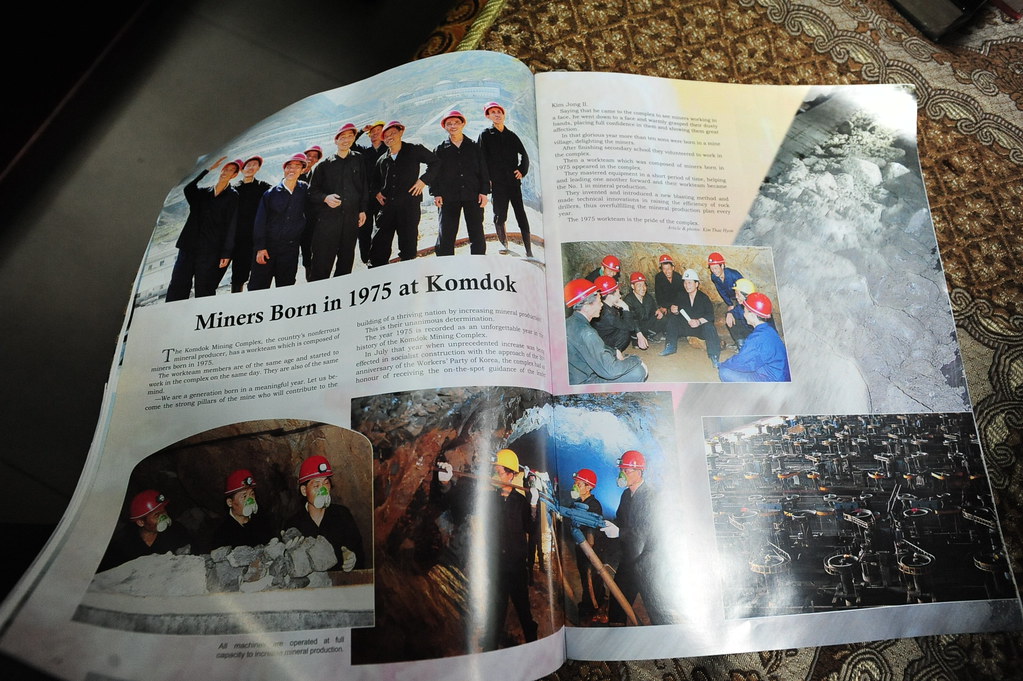 There’s also the bookstores, which instead of sections like “Fiction”, “Nonfiction”, “Sci-Fi/Fantasy”, “Travel”, you’ll get “Kim-Il Sung” and “everything else.” 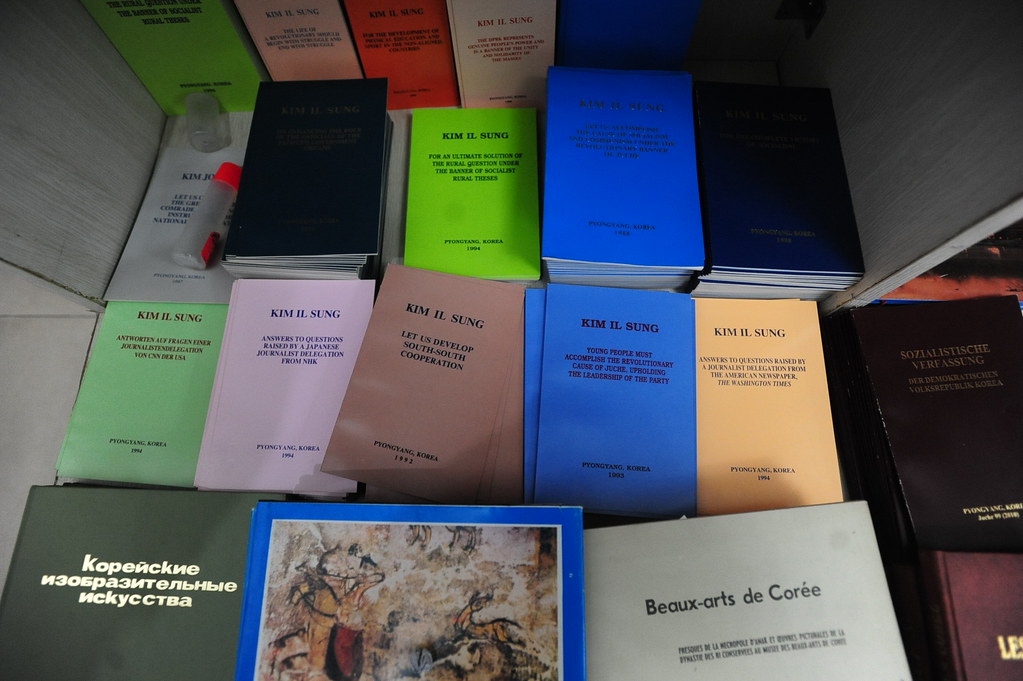 To give them credit, the zeal required to maintain such love for country can produce pretty impressive metalwork and sculptures: 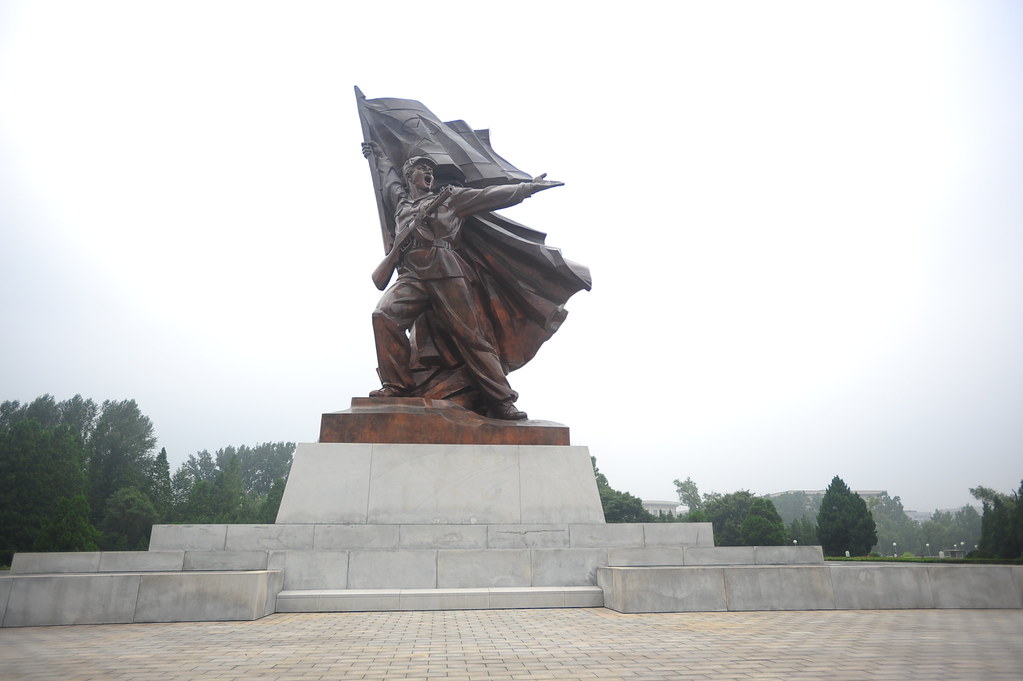 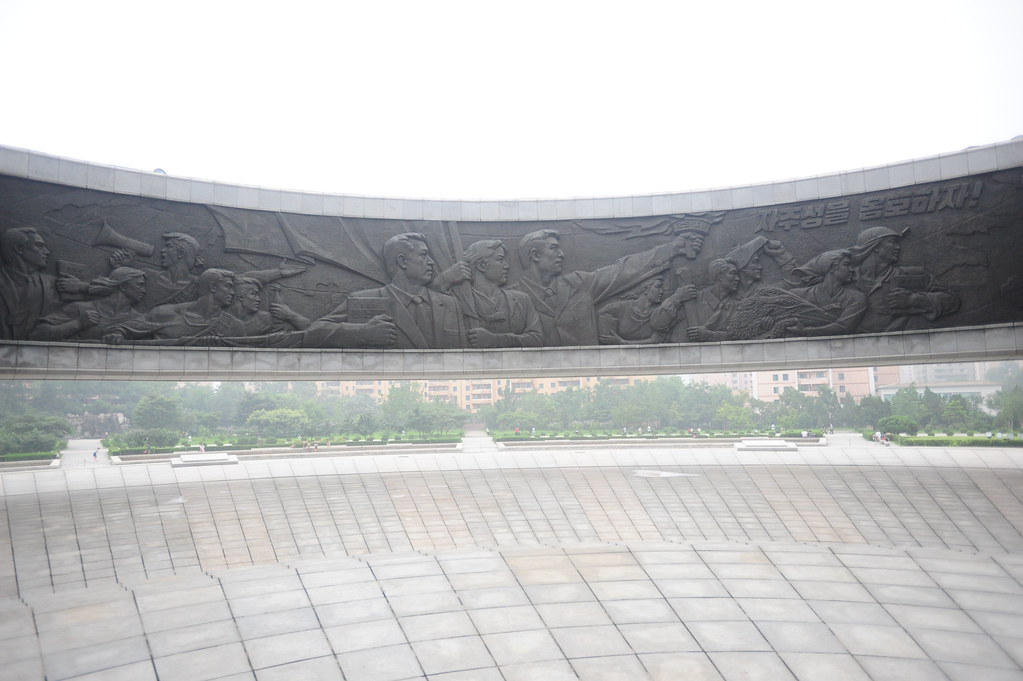 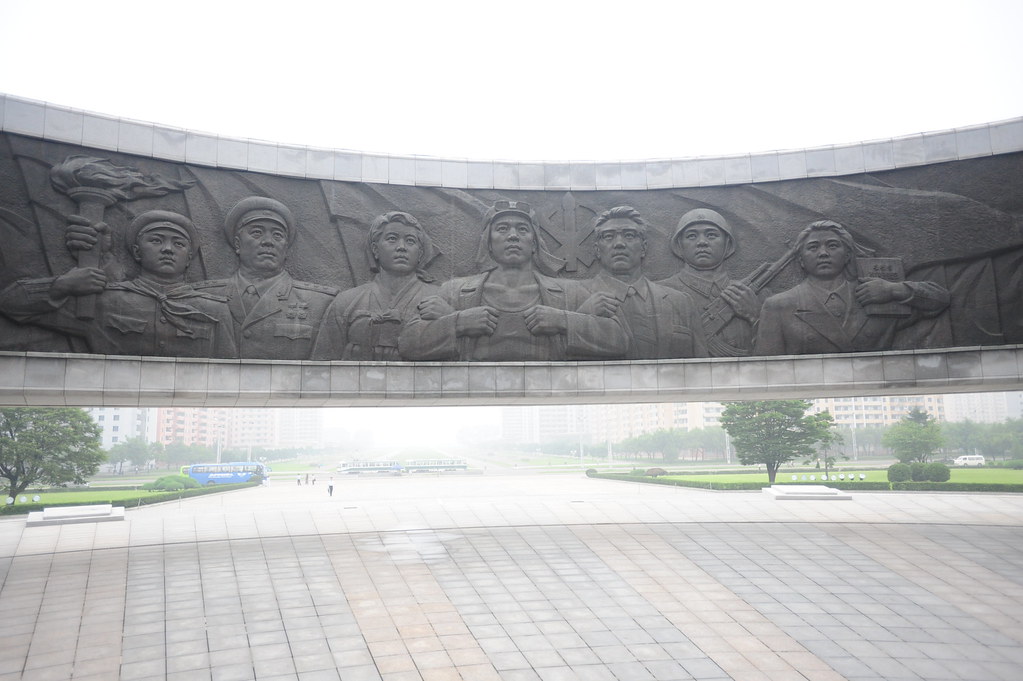 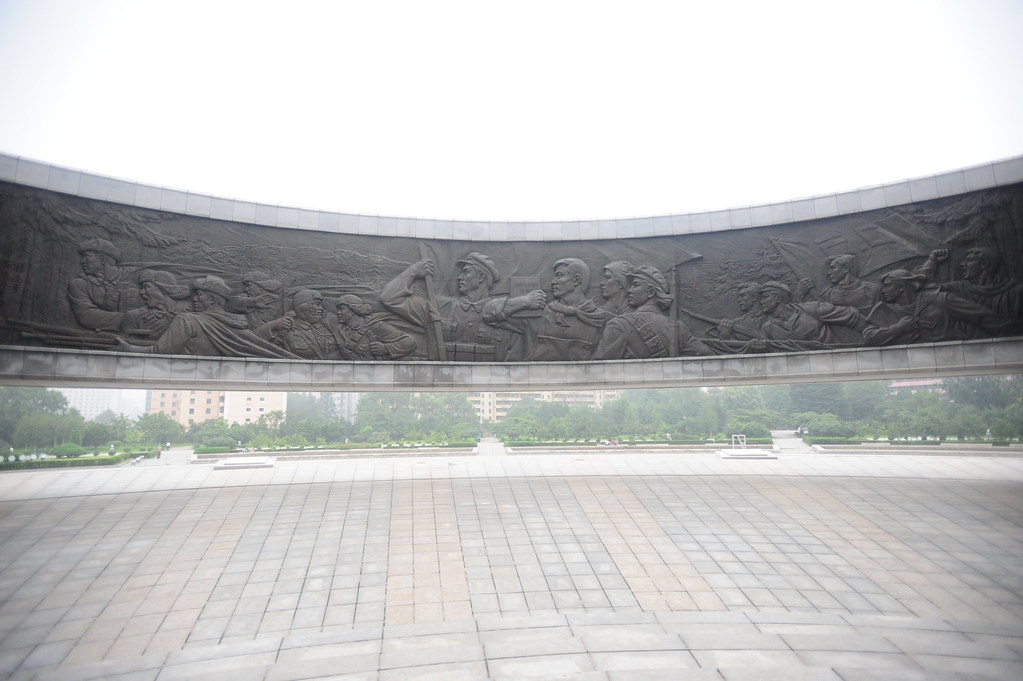 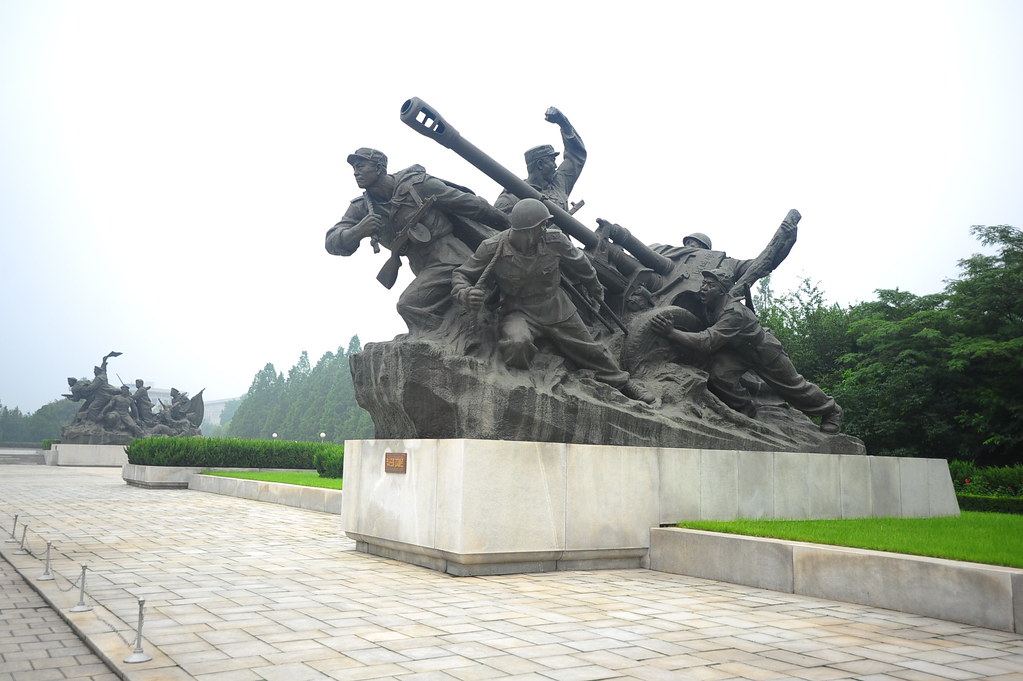 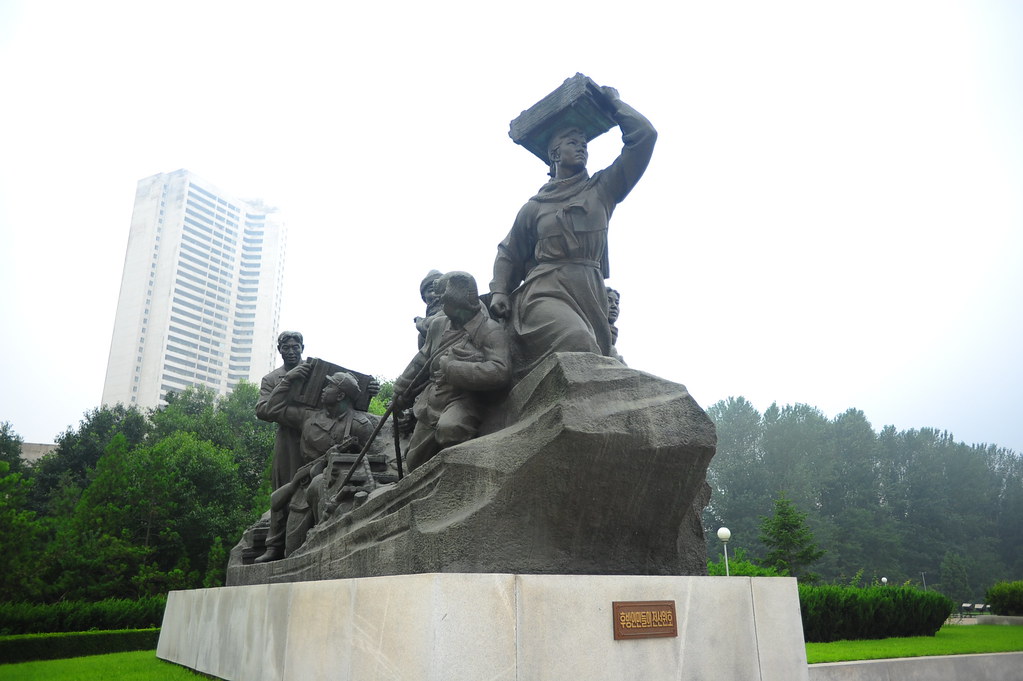 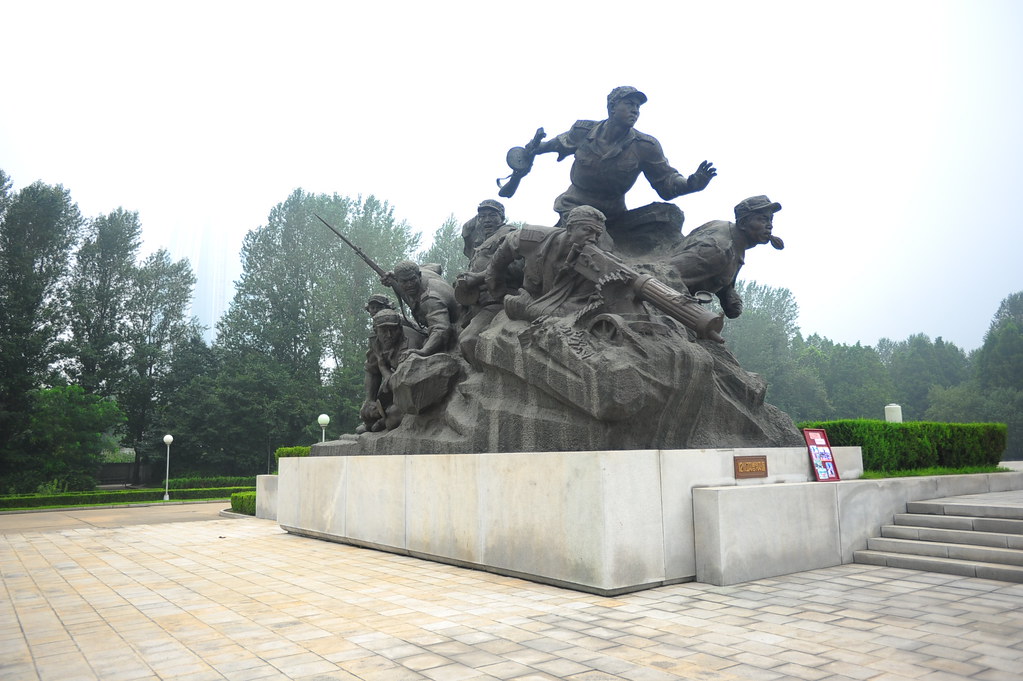 There’s also the “War Museum” which nickname is “everything that’s awesome about our army, and how we’re better than the USA.” 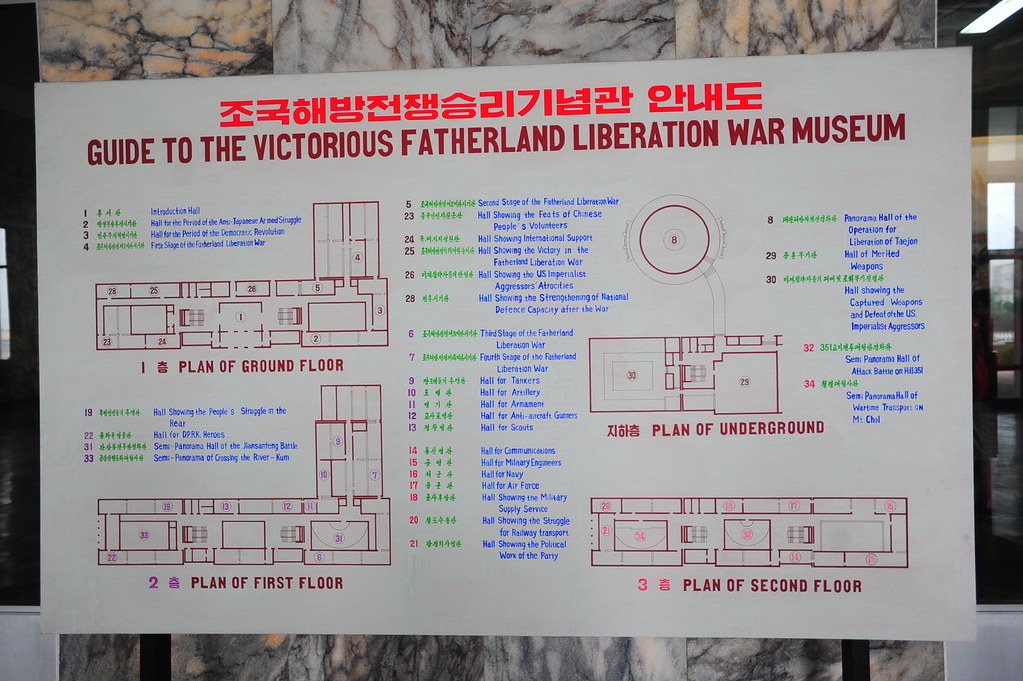 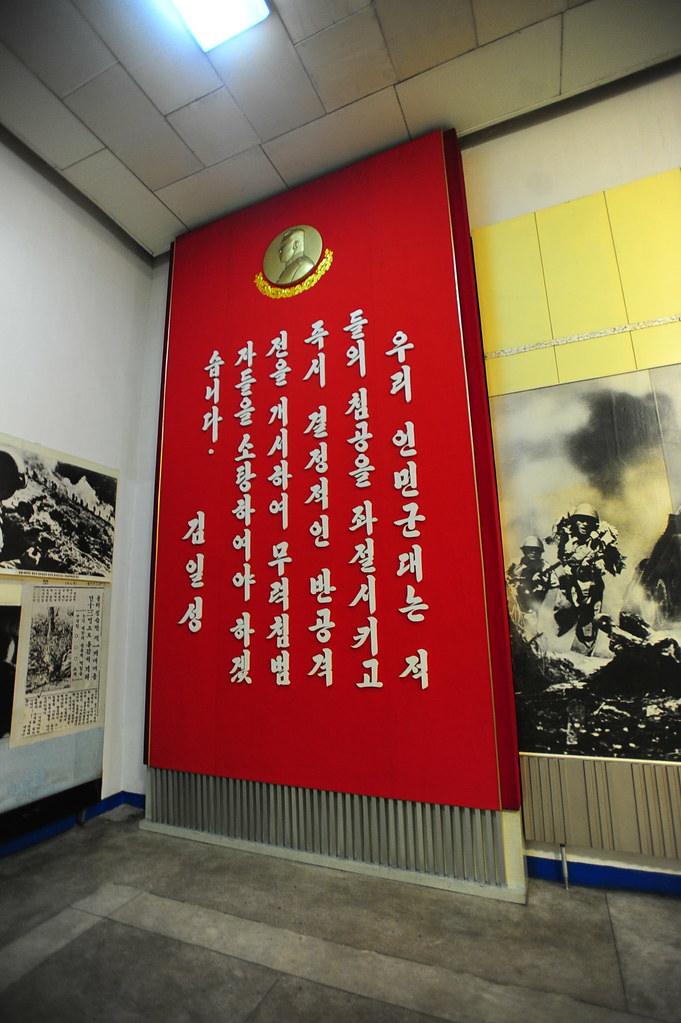 I have big issues with revisionist history. There are at least 2 sides to every story and us Americans have our fair share of owning up to the many mistakes our military has made in previous wars. However, at the same time we aren’t shy at making at least some of that information public. If NATO or the U.S. accidentally misses its target and bombs an innocent family, it’s on our newsfeed. If American bad apples screw up at Guantanamo Bay or Abu Gharib, it’s scandal that’s all over our consciousness. But according to North Korea, they never have done or will do anything wrong. But really? I believe there is no such thing as a perfect human being, a perfect army, or perfect country. So if you really want us to believe your superiority, then you can start by also admitting your mistakes.

At their museums, South Korea claims they were invaded first by the North Koreans in the Korean War. At a very very similar counterpart DPRK museum, however, North Korea claims that the war started when the DPRK was invaded by the United States, after which they “annihilated the invaders” and repelled them as far as the Pusan Perimeter (a small stretch of land in Southern Korea). However, the story continues when they were counter-attacked and therefore had to retreat to the 38th parallel to help save themselves and other innocent Koreans. Nowhere once do they mention that they were helped by the Chinese or the Soviets, or that the counter-attack was in the interests of the United Nations. It was simply: “The war started because the imperialist United States invaded us first and we repelled them to as far as the Pusan perimeter. Had they not gotten their crony Western mercenaries from other countries to help them after, we would’ve annihilated all of them. Oh, and China and the USSR? Who are they?”

And the fact that many North Korean soldiers defected to/wanted to stay in South Korea after the Korean war? Definitely no mention of that at the museum. 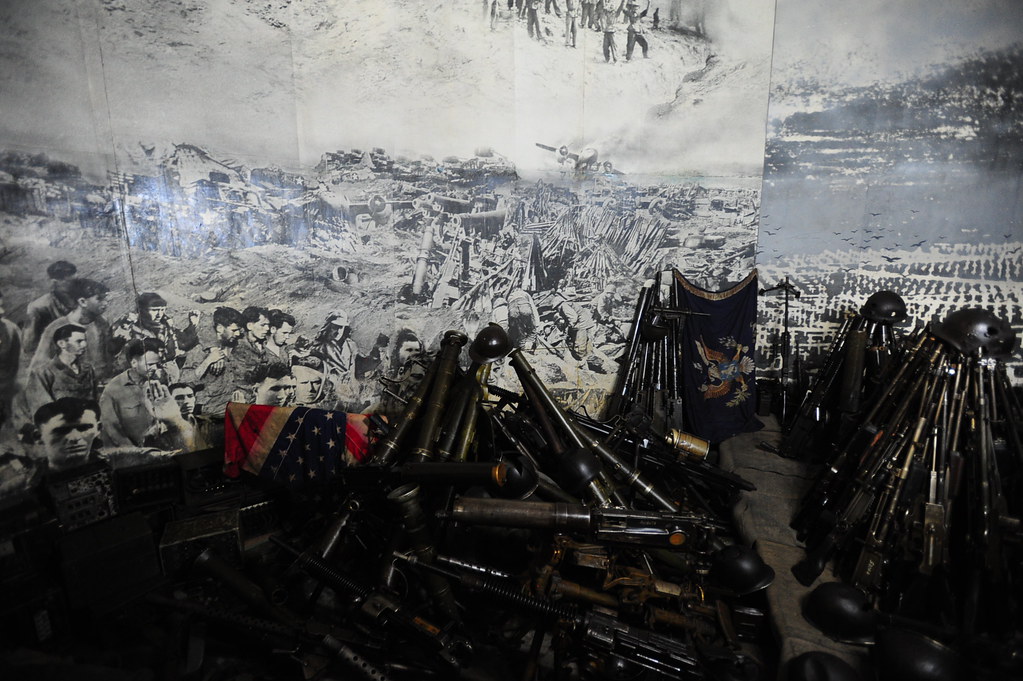 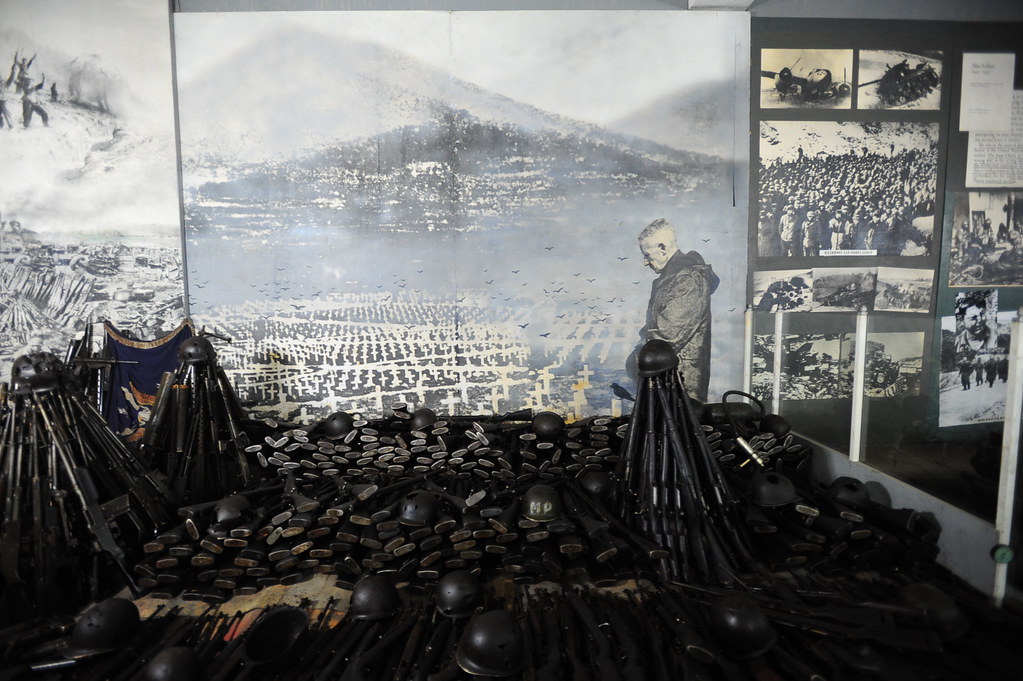 "The defeat of the USA." 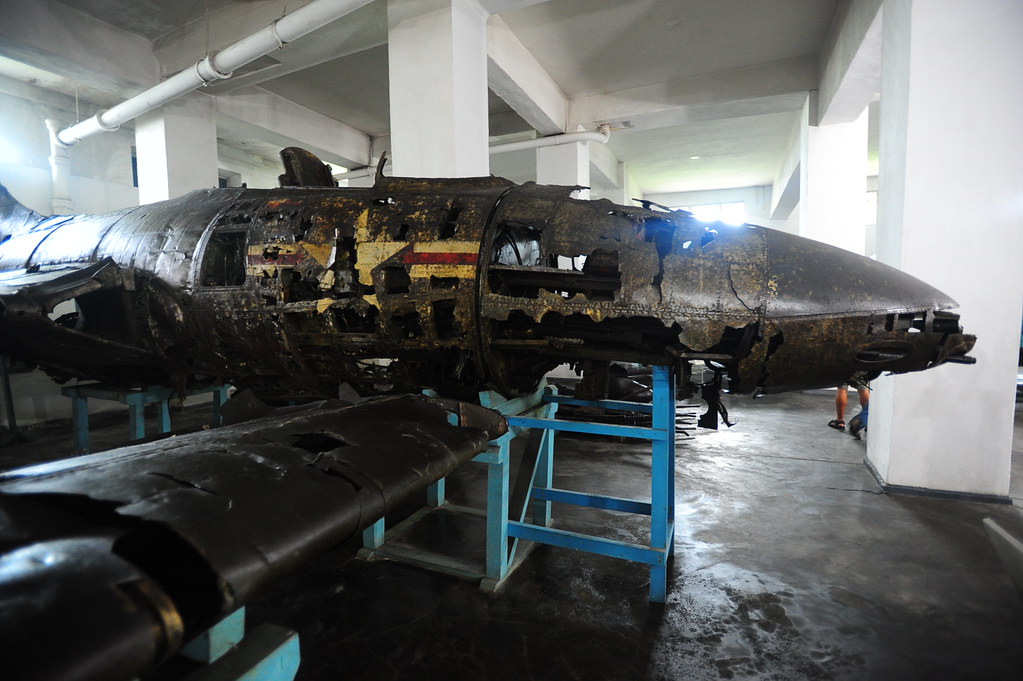 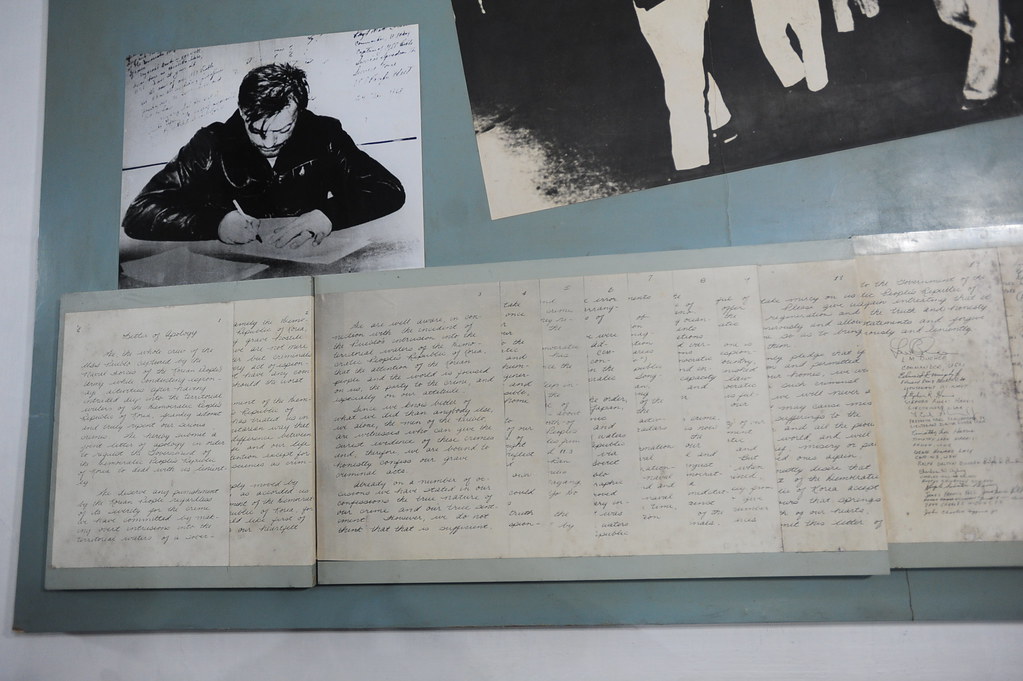 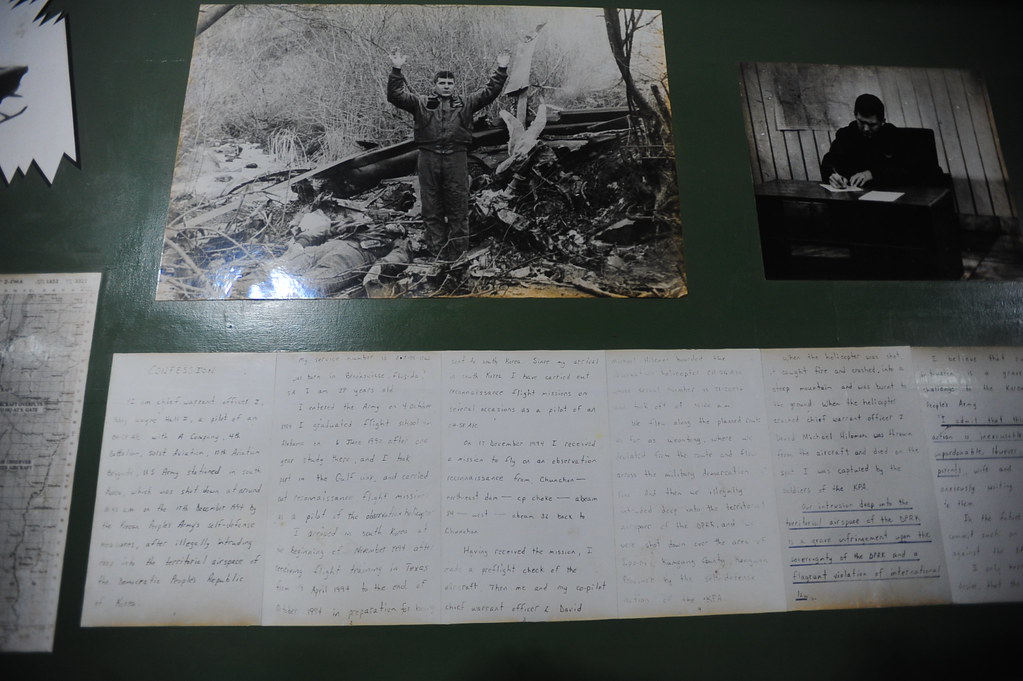 But then again, what did you really expect? 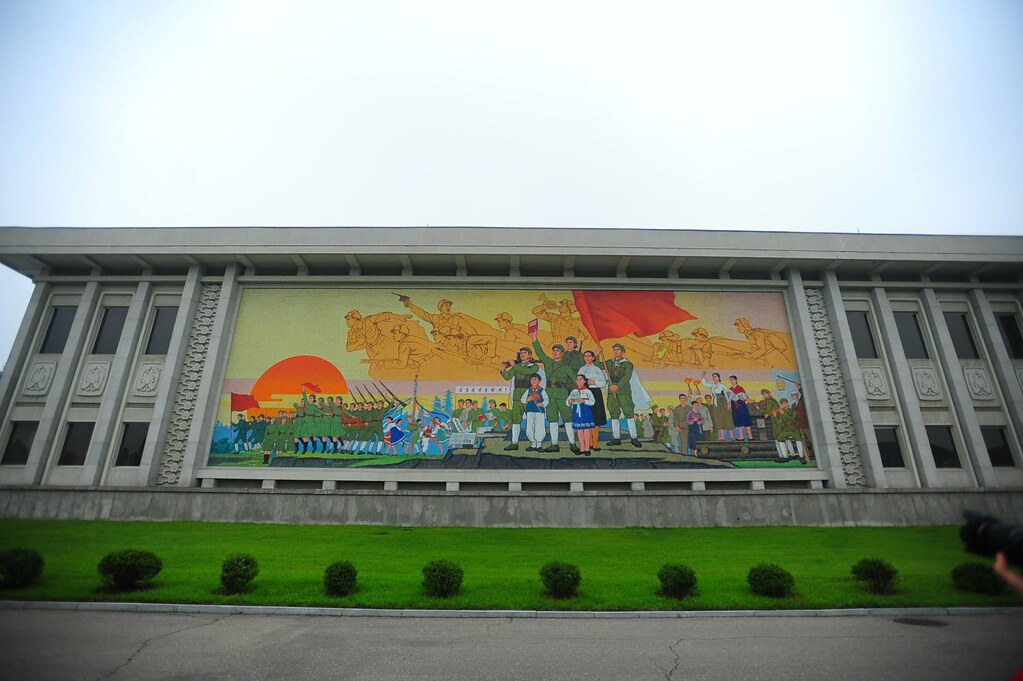