The Oldest Restaurant in the World 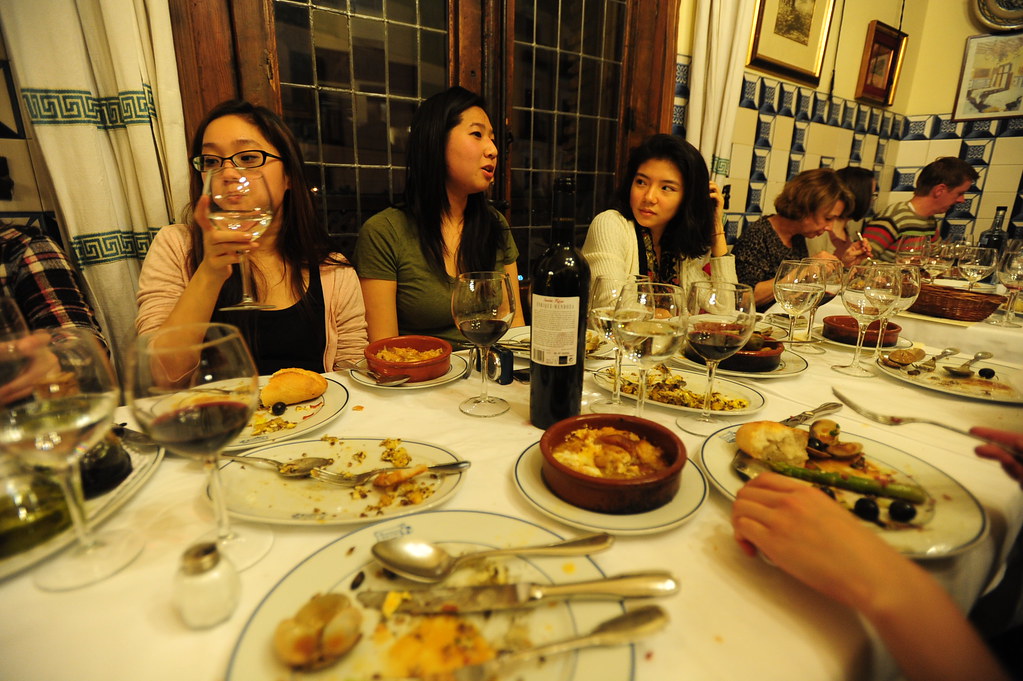 This one’s for the foodies: eating at the oldest restaurant in the world, Sobrino de Botin, founded in 1725.

We first whet our appetite by pregaming at one of Hemingway’s favorite bars: Cervicheria Alemana. 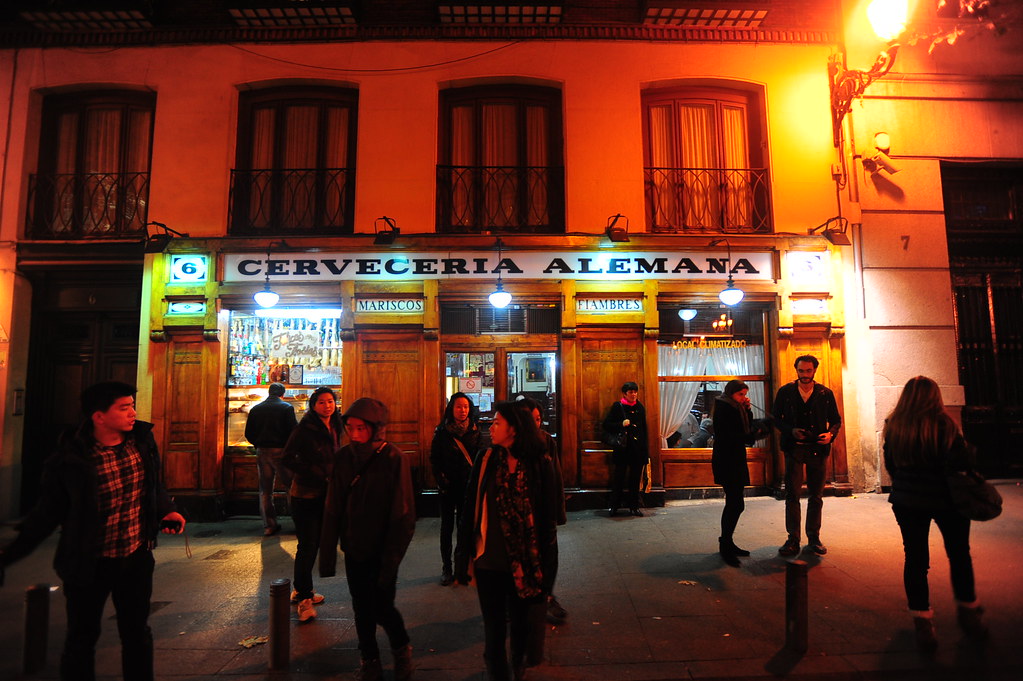 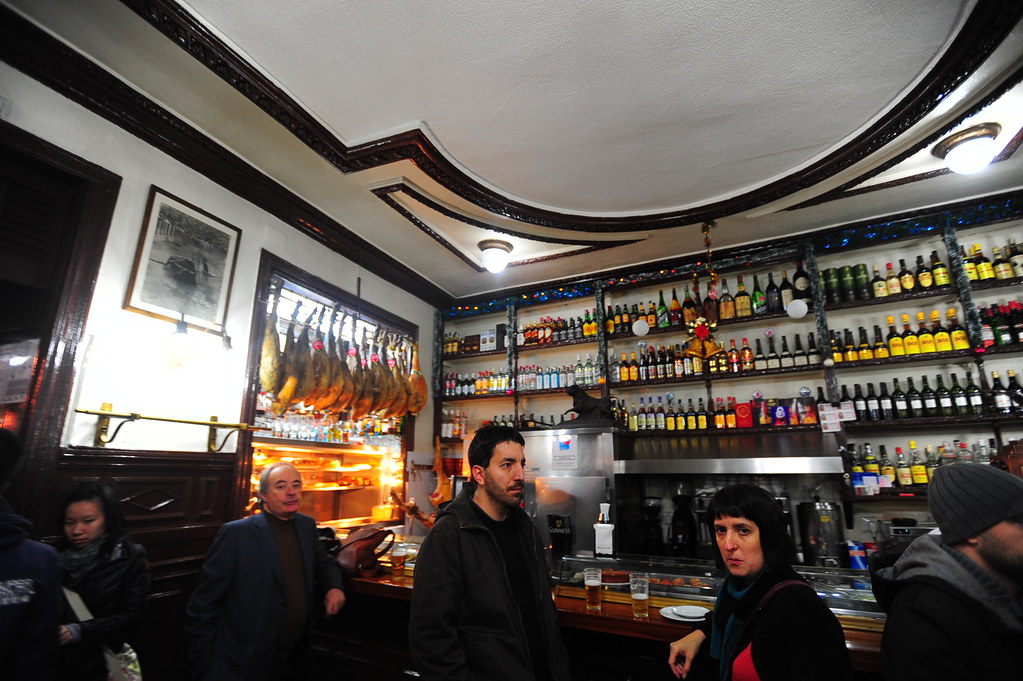 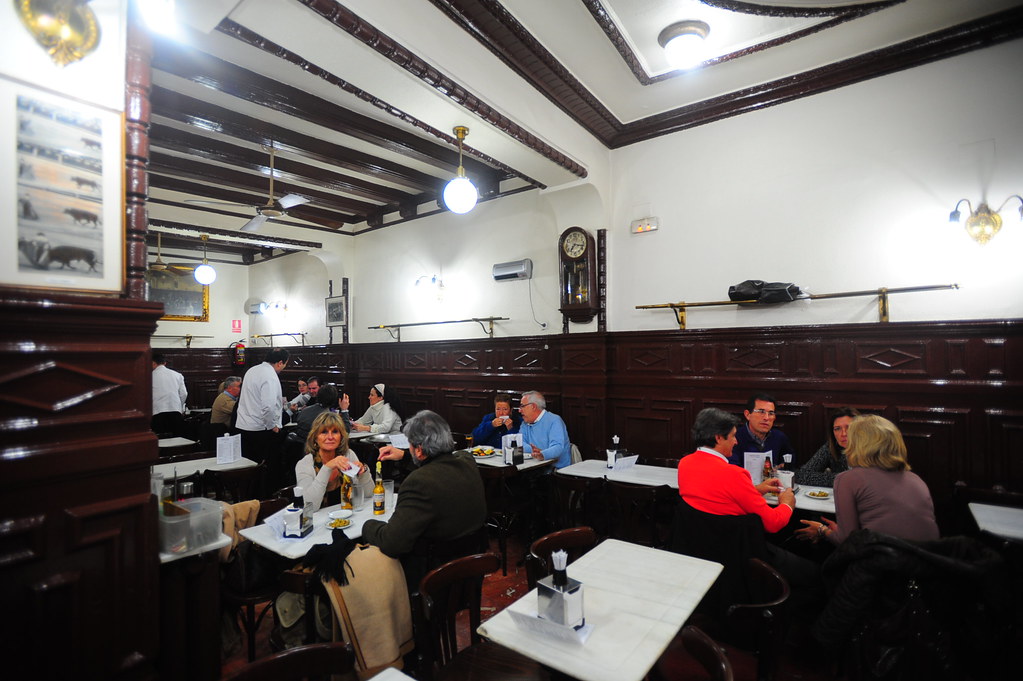 And then we walk over to sample the staying power of Sobrino de Botin: 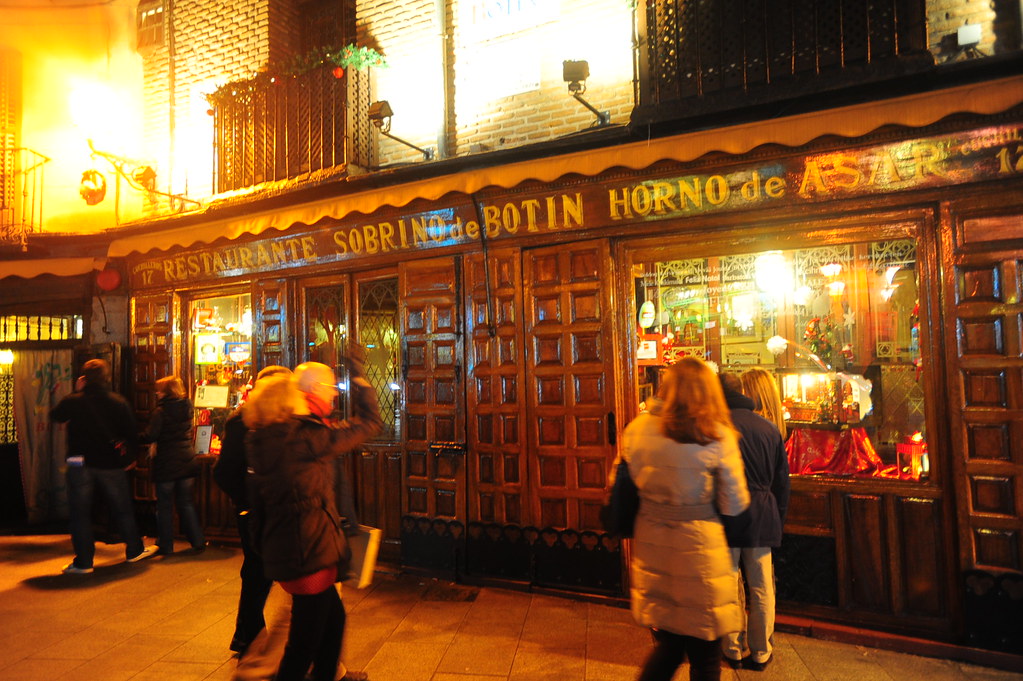 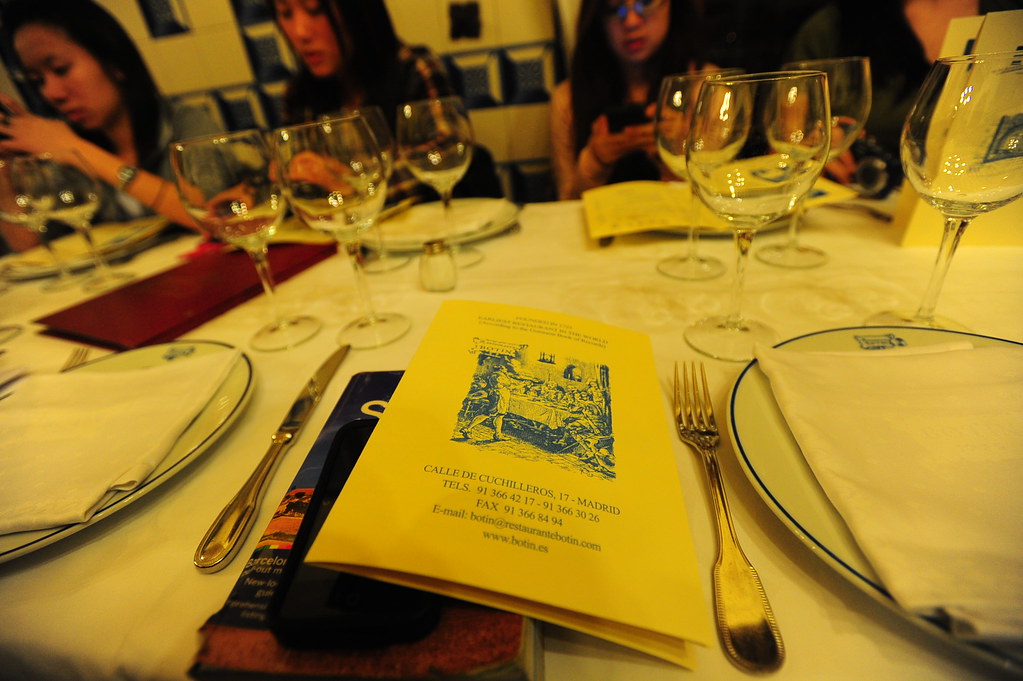 Among the Botin Salad, the oysters, scrambled egg, onion soup, and the lamb shank, We order the two other main dishes that Sobrino de Botin is known for: 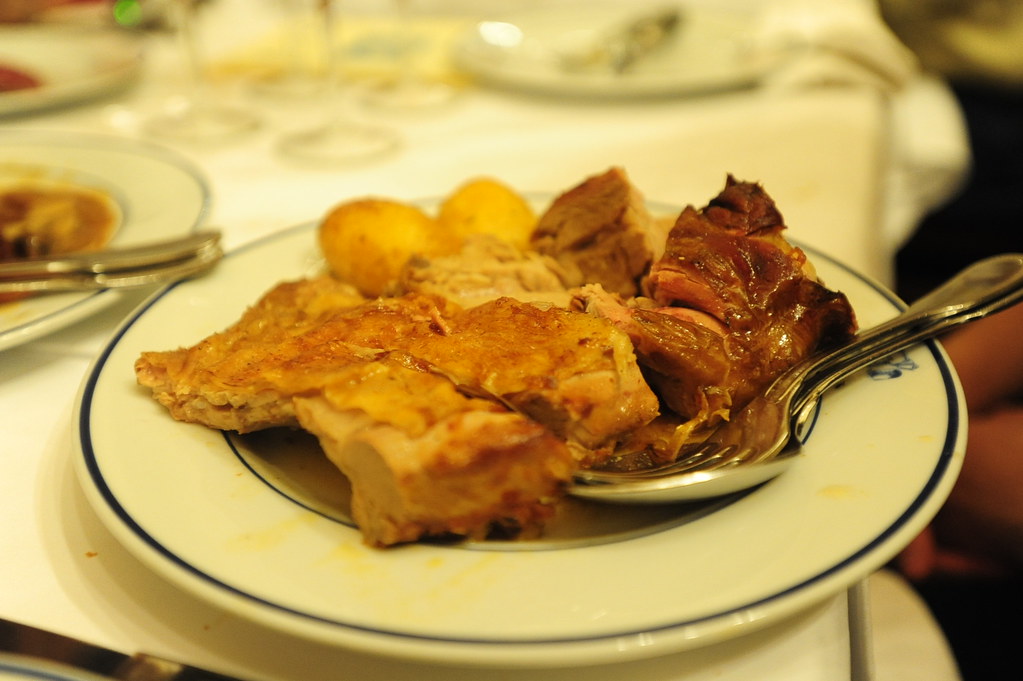 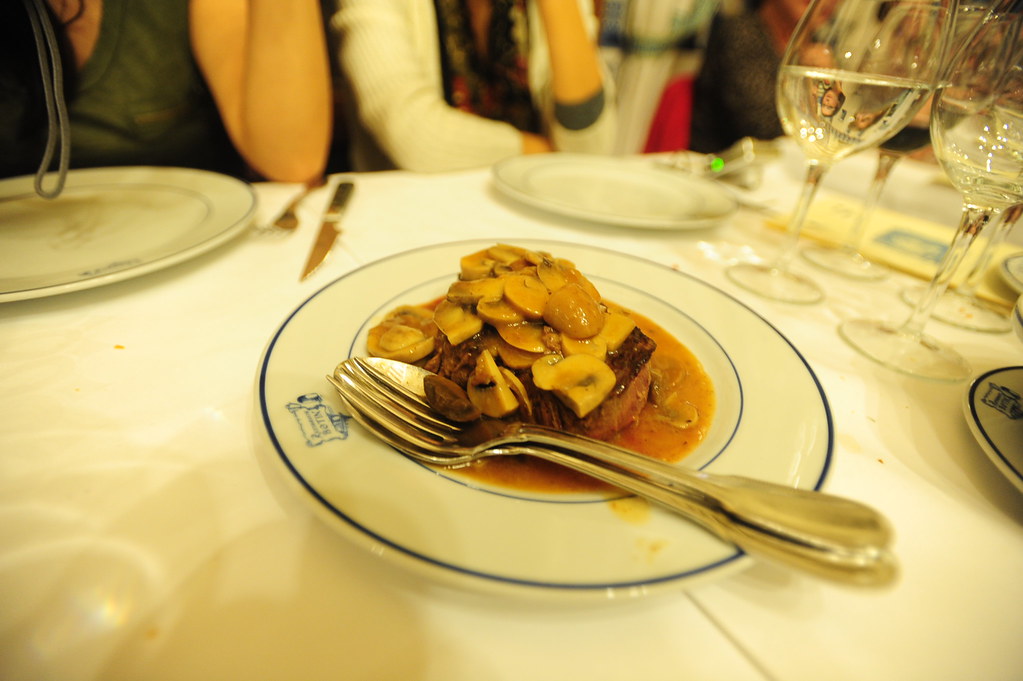 The gimmick of being the oldest restaurant in the world means that you can get away with lower quality service and food. But not here. They live up to the family name by ensuring that the meat we had was top quality: the steak was juicy, succulent, and tender (I’ve heard stories about it since high school) while the suckling pig had the right balance of texture and taste. I can’t really describe it better than the faces of the people around me: 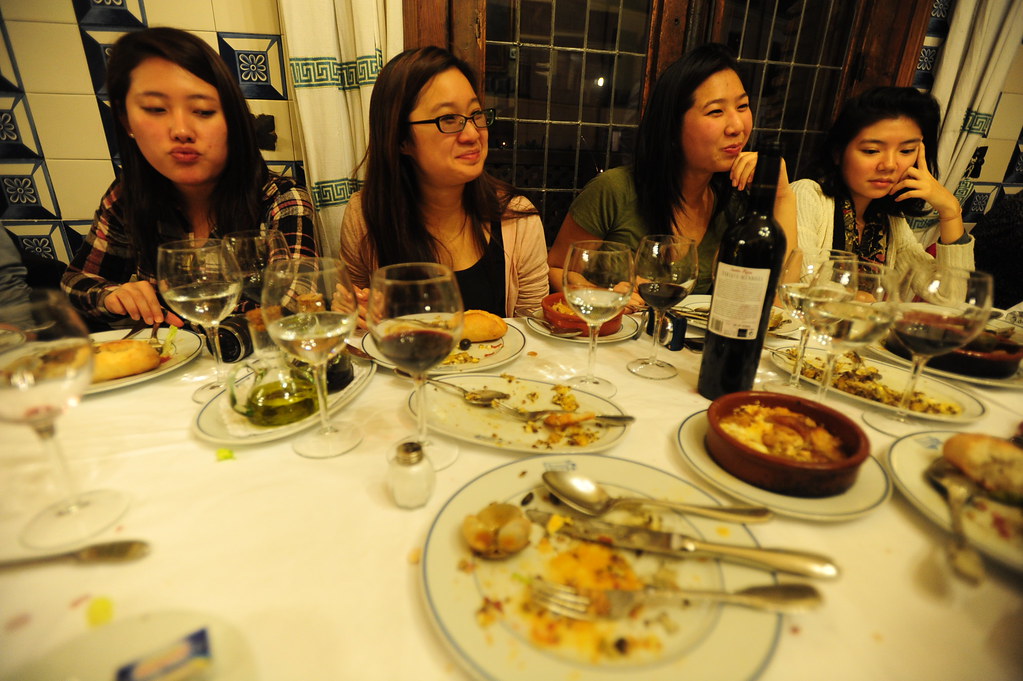 ...ok Yiru's simply in the zone contemplating how awesome the food is. Ain't much a smiler anyway. 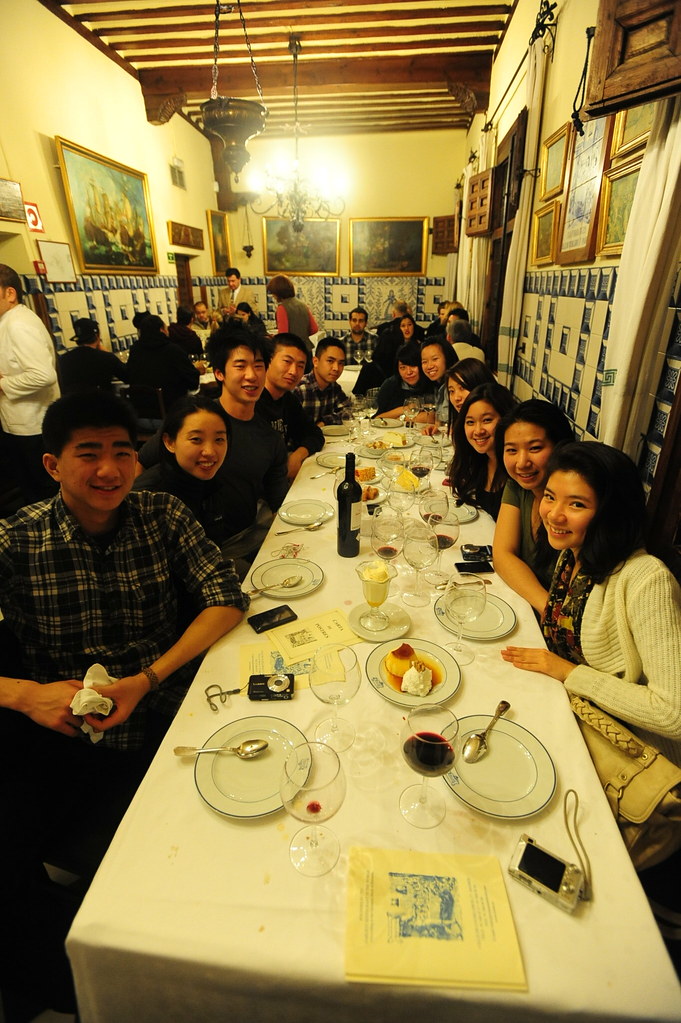 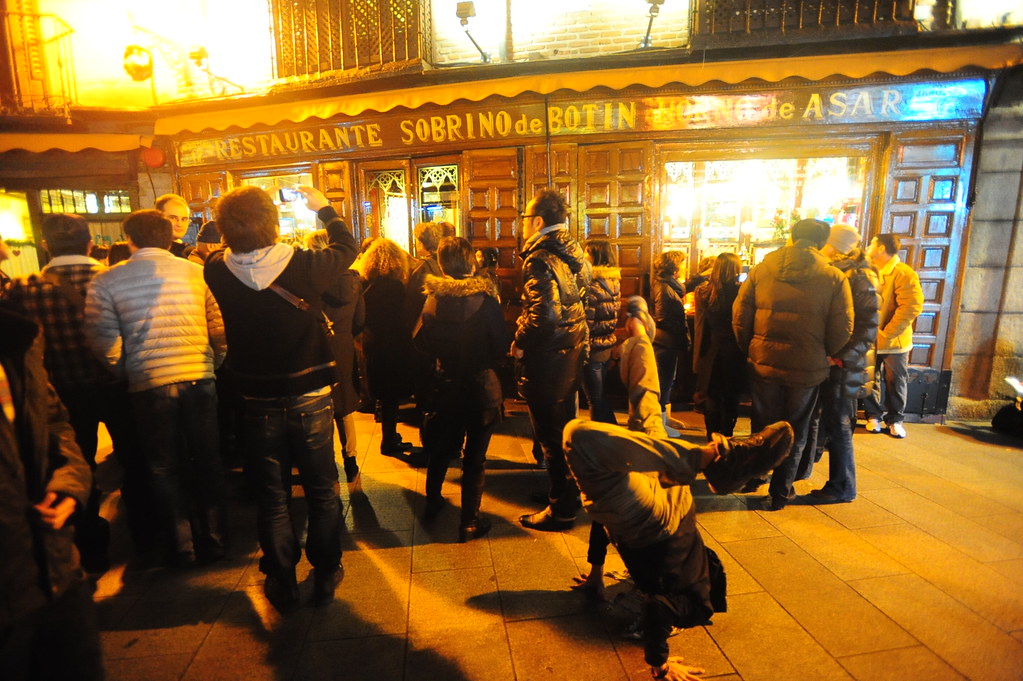 Will I come back? Most definitely.